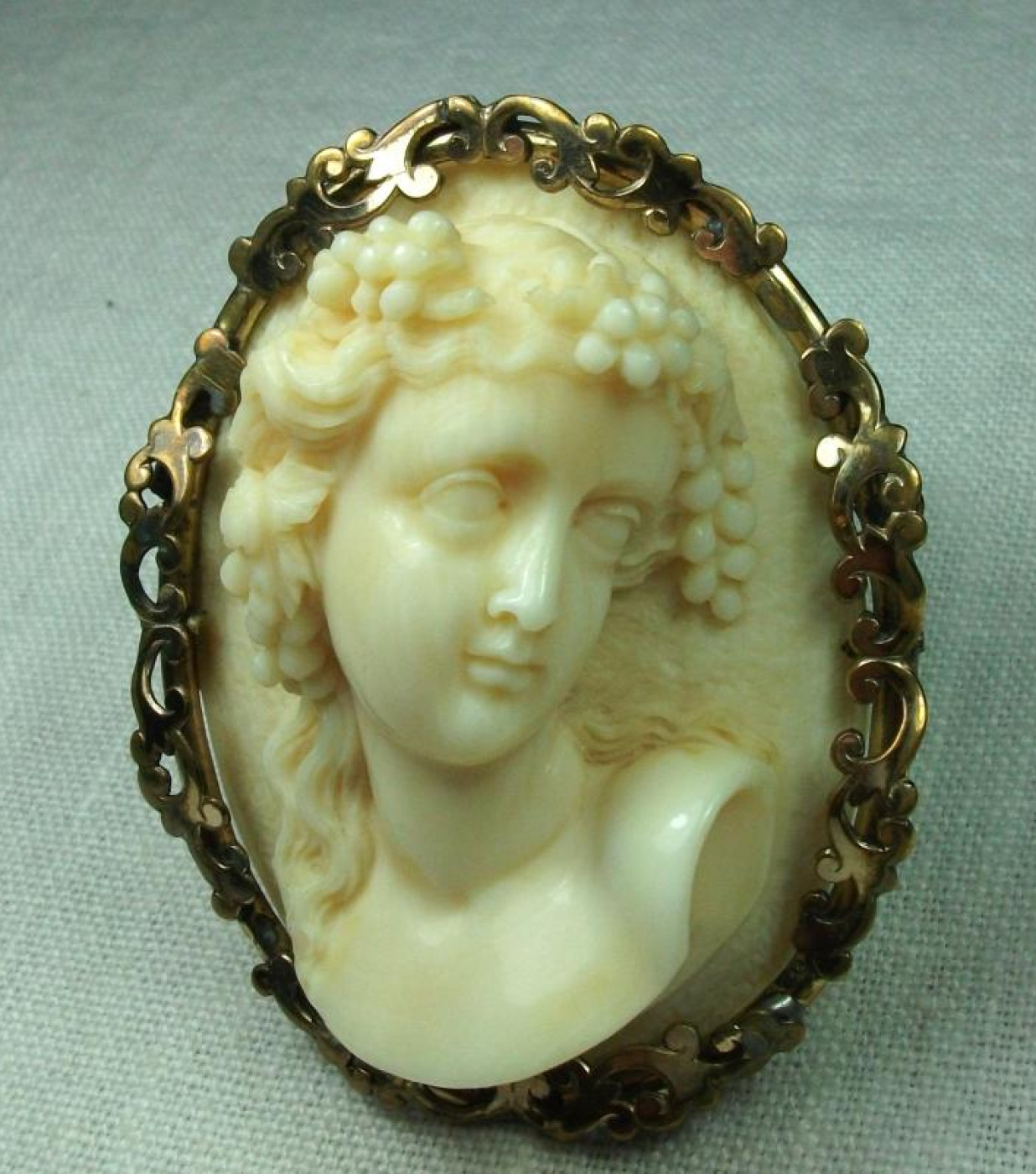 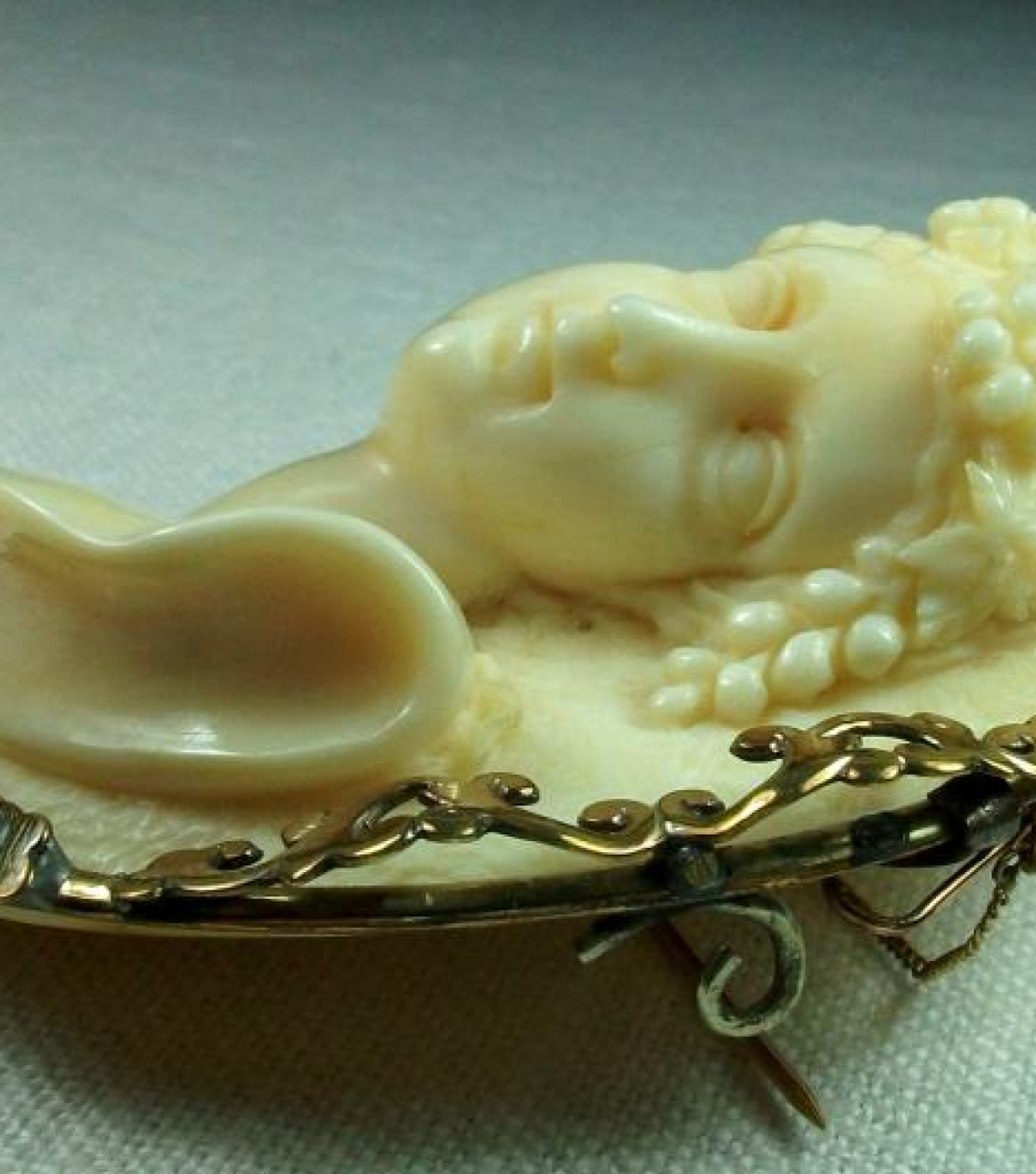 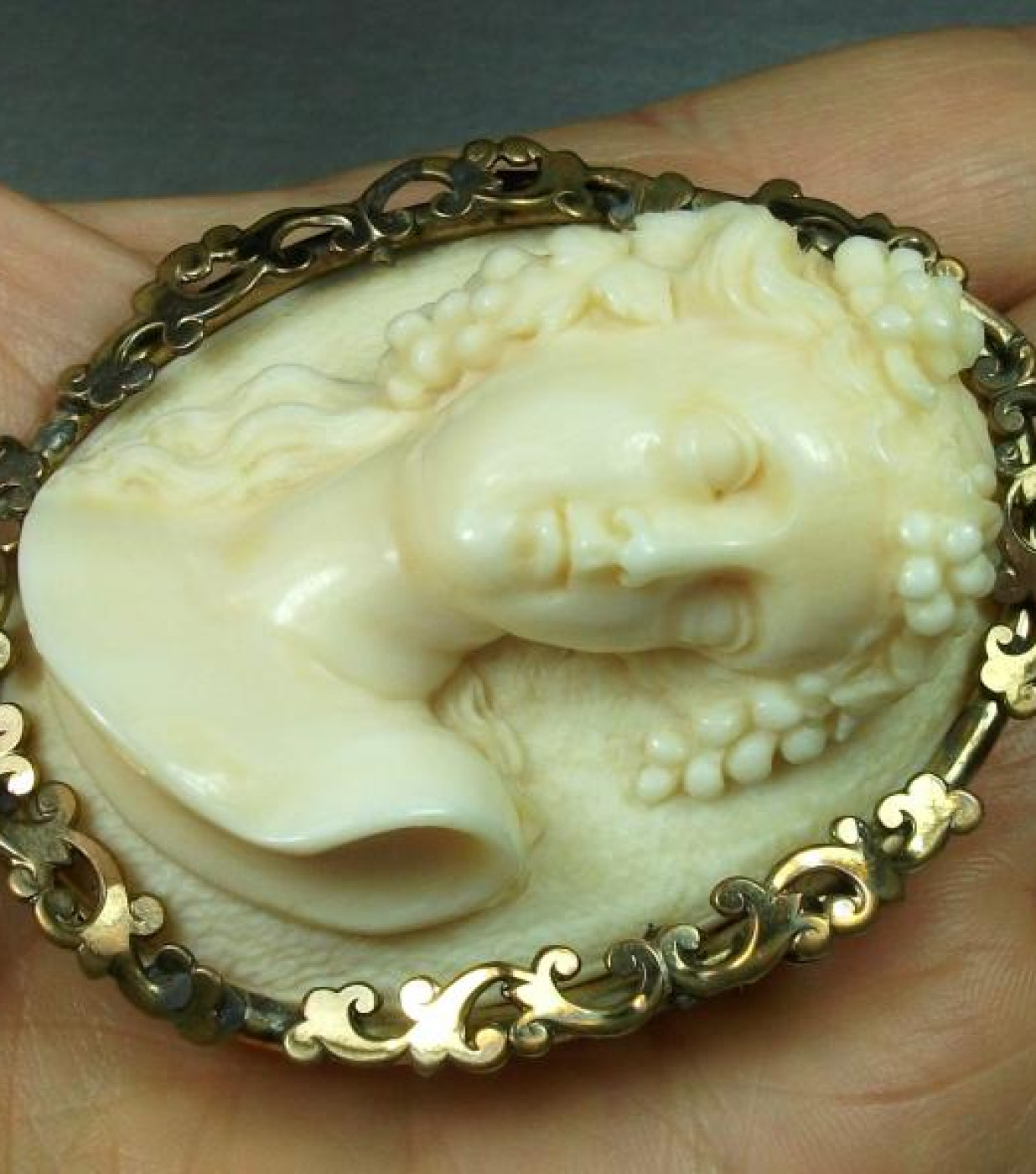 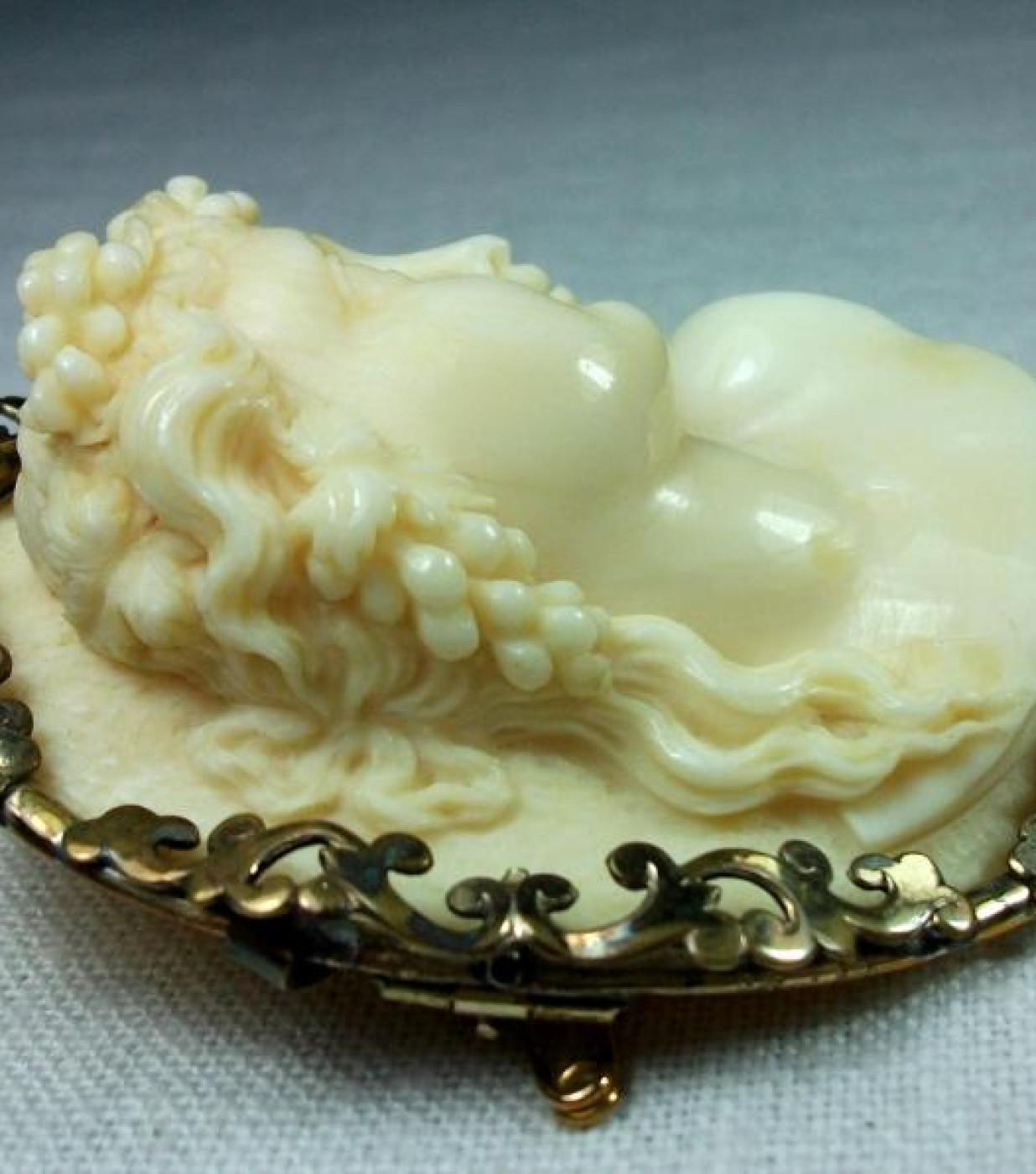 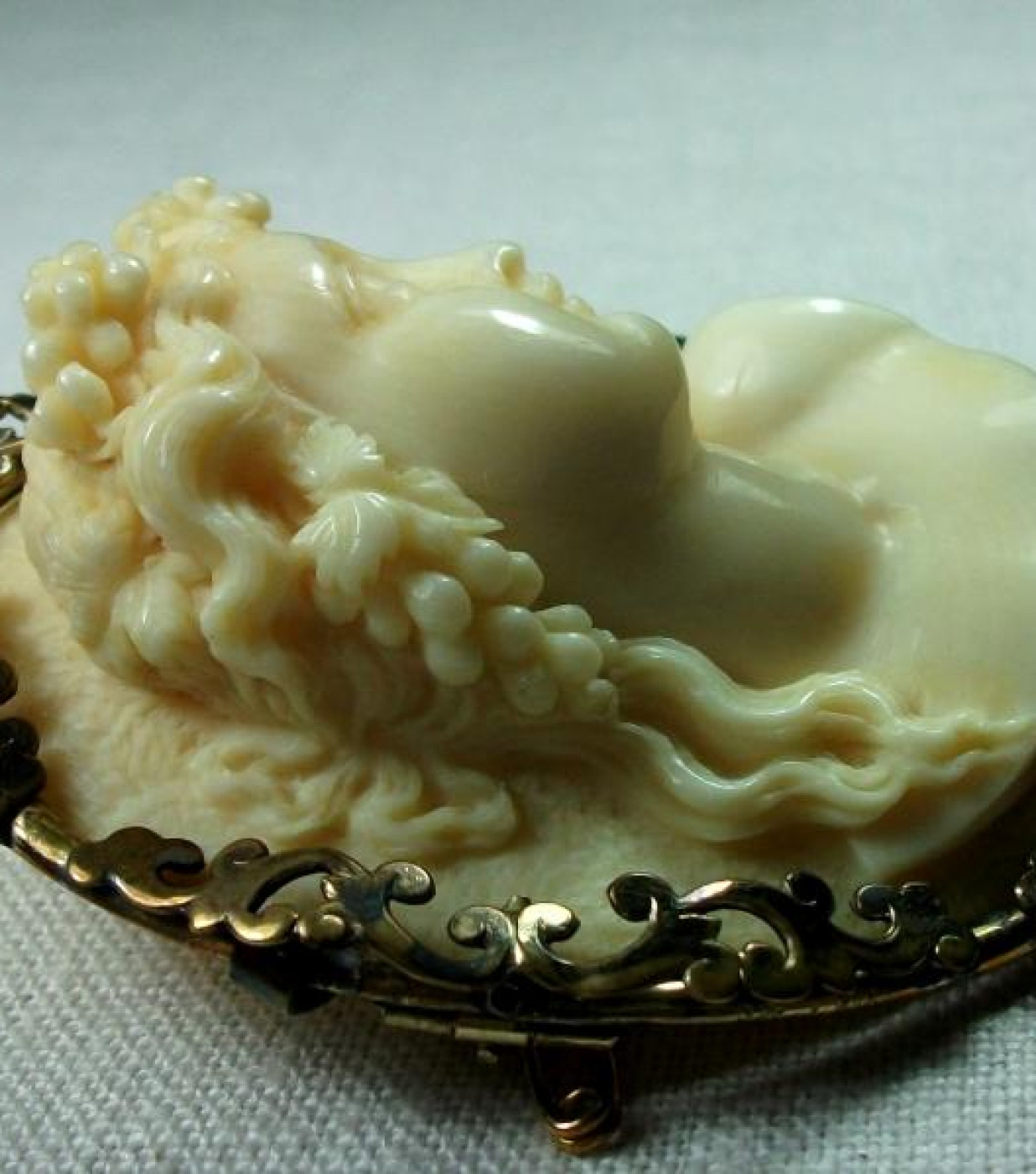 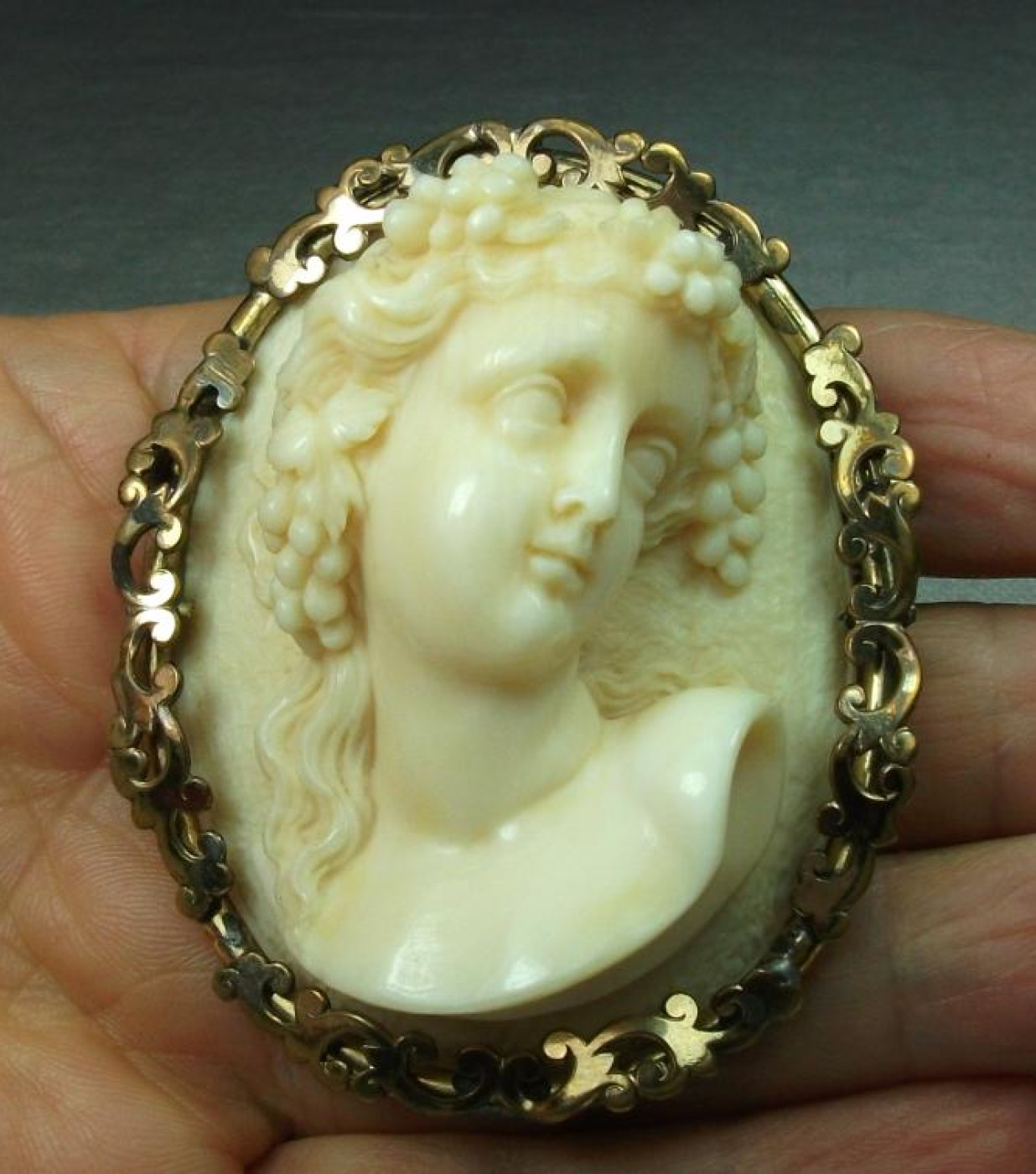 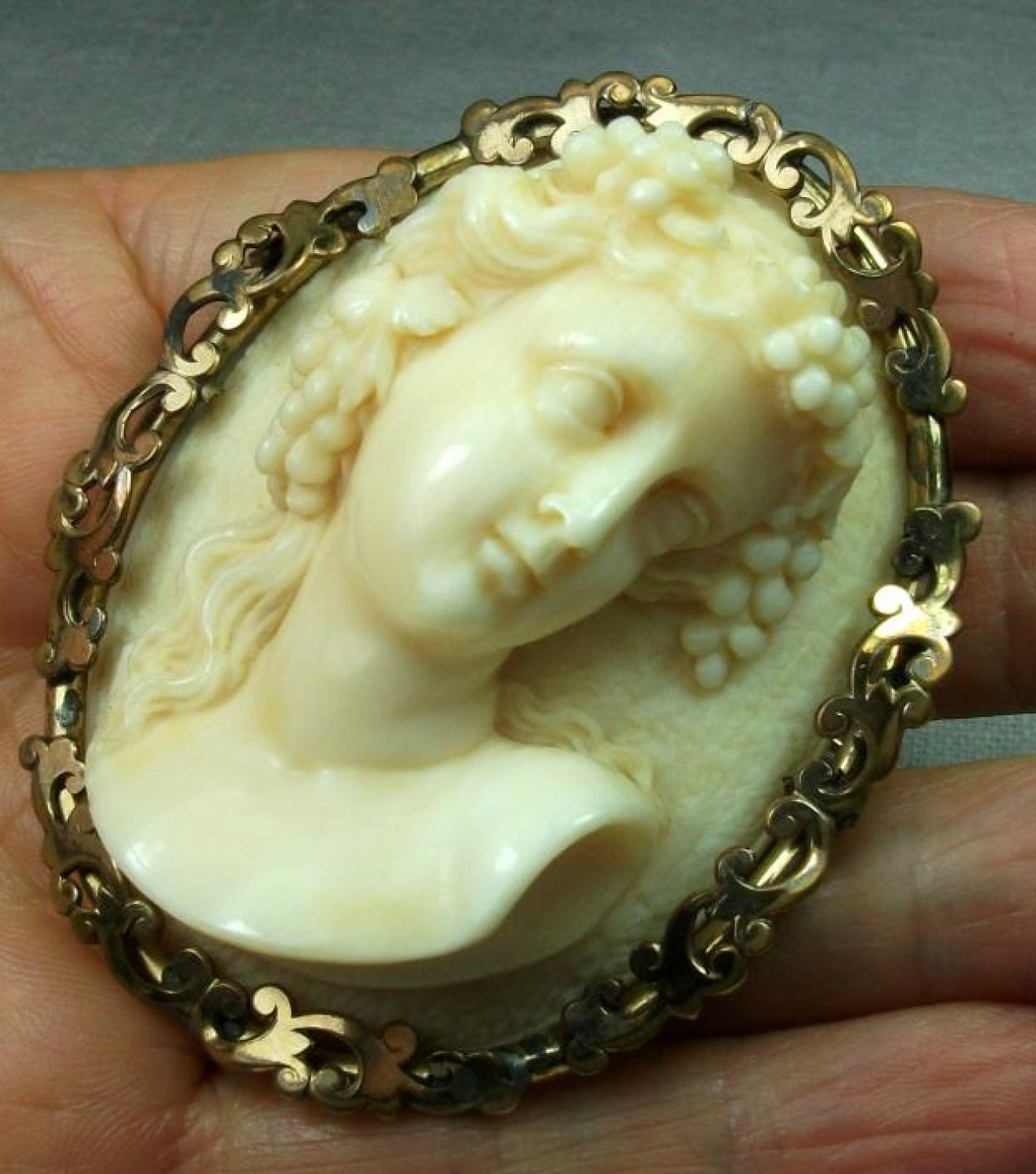 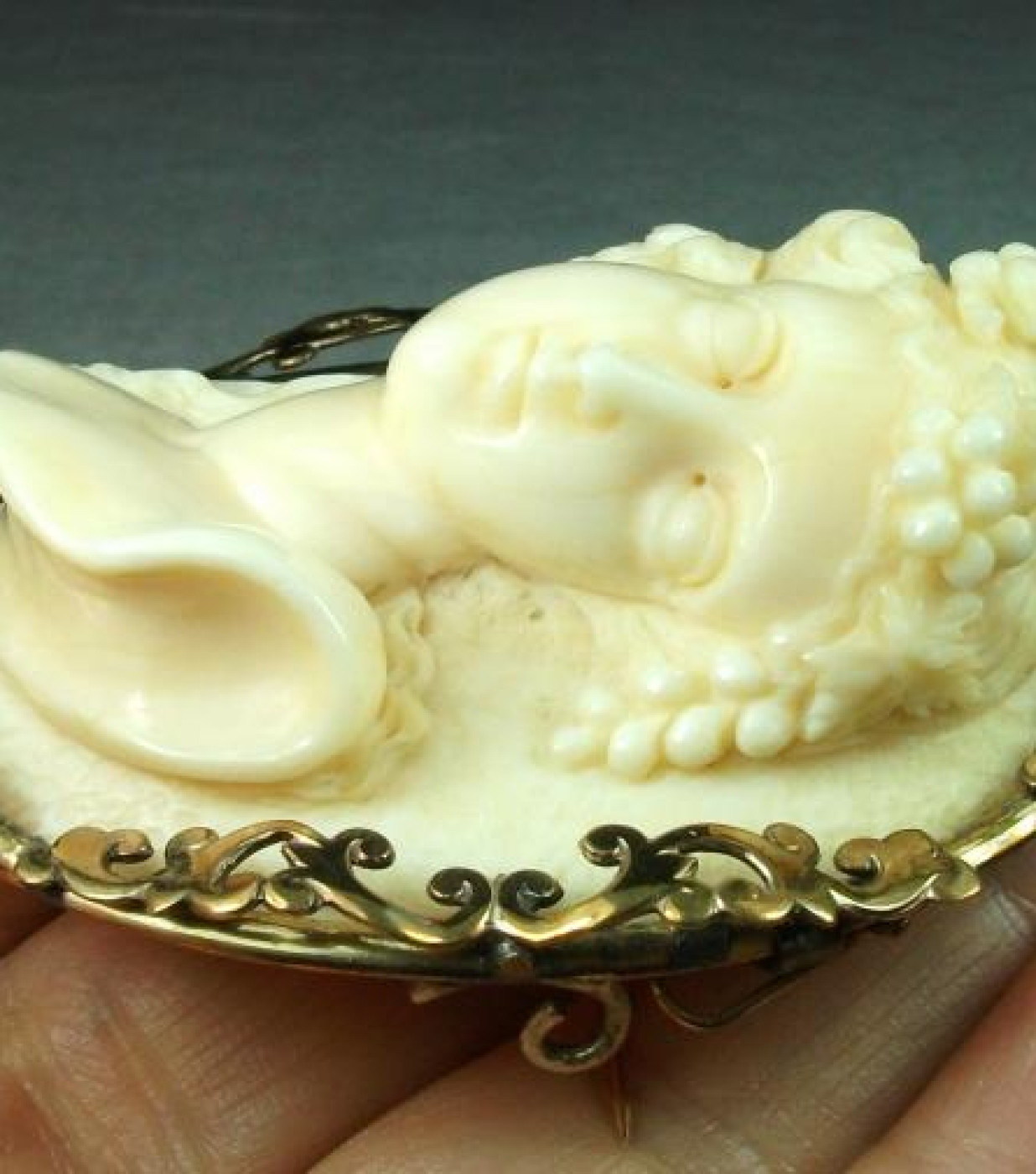 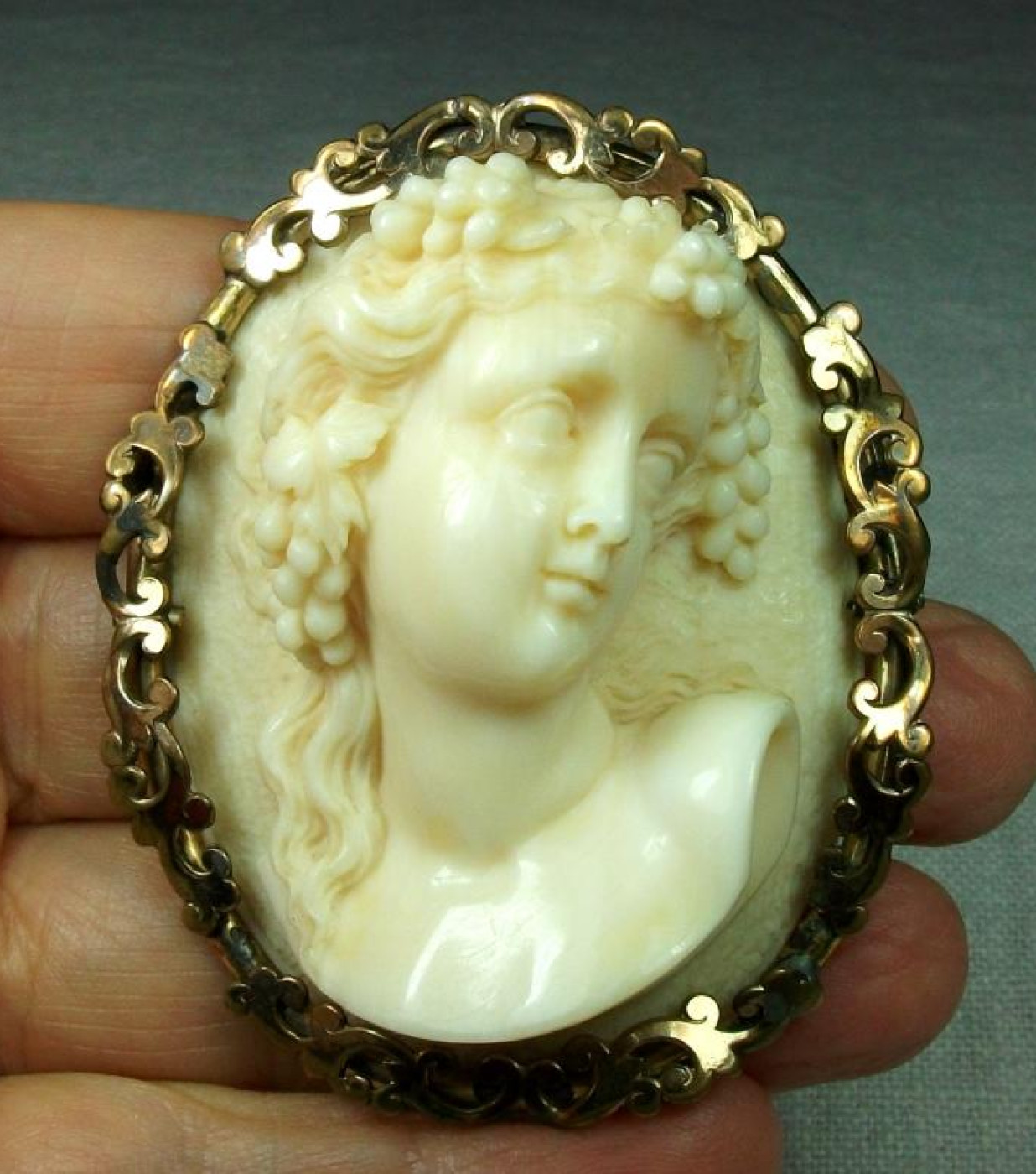 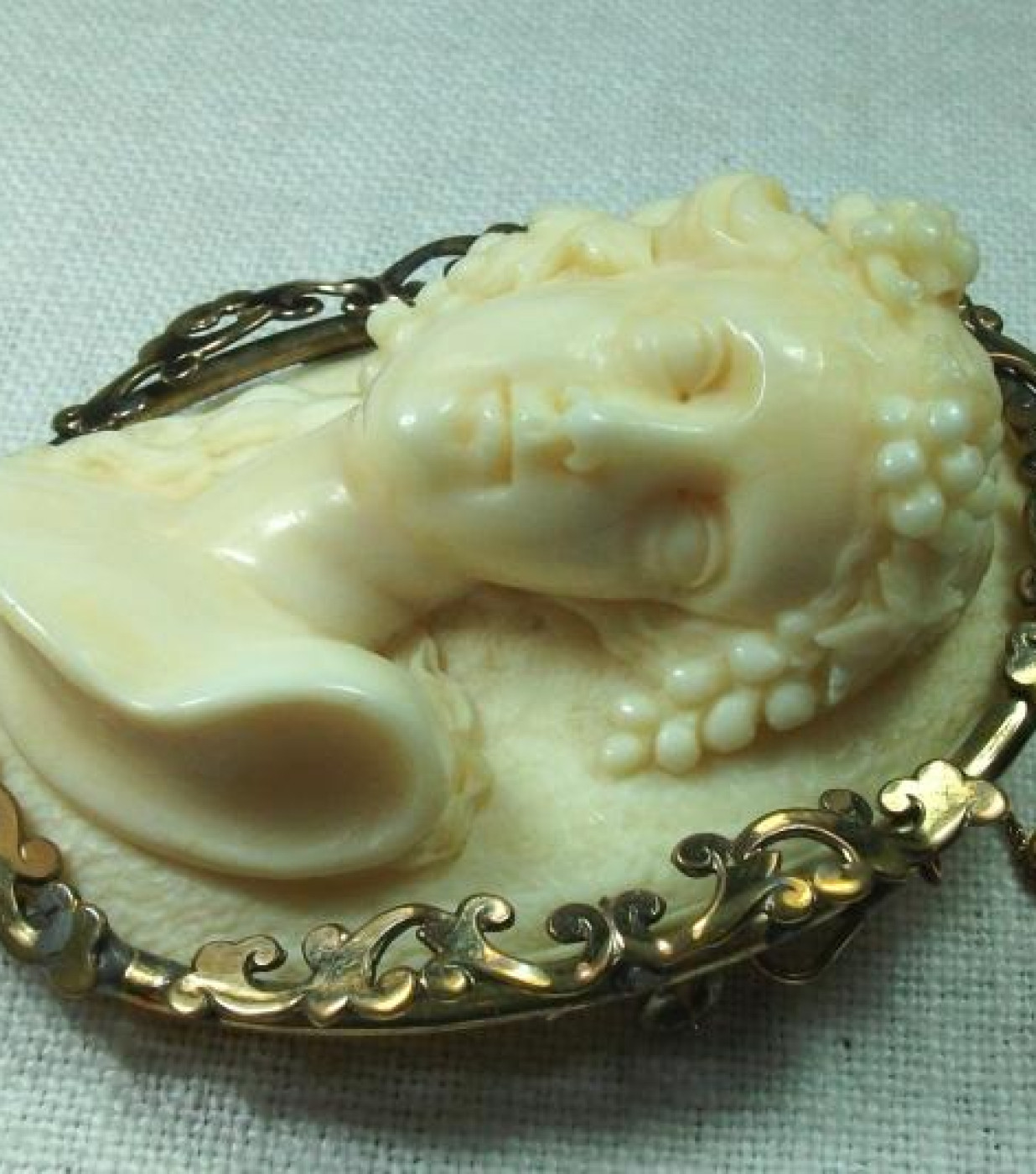 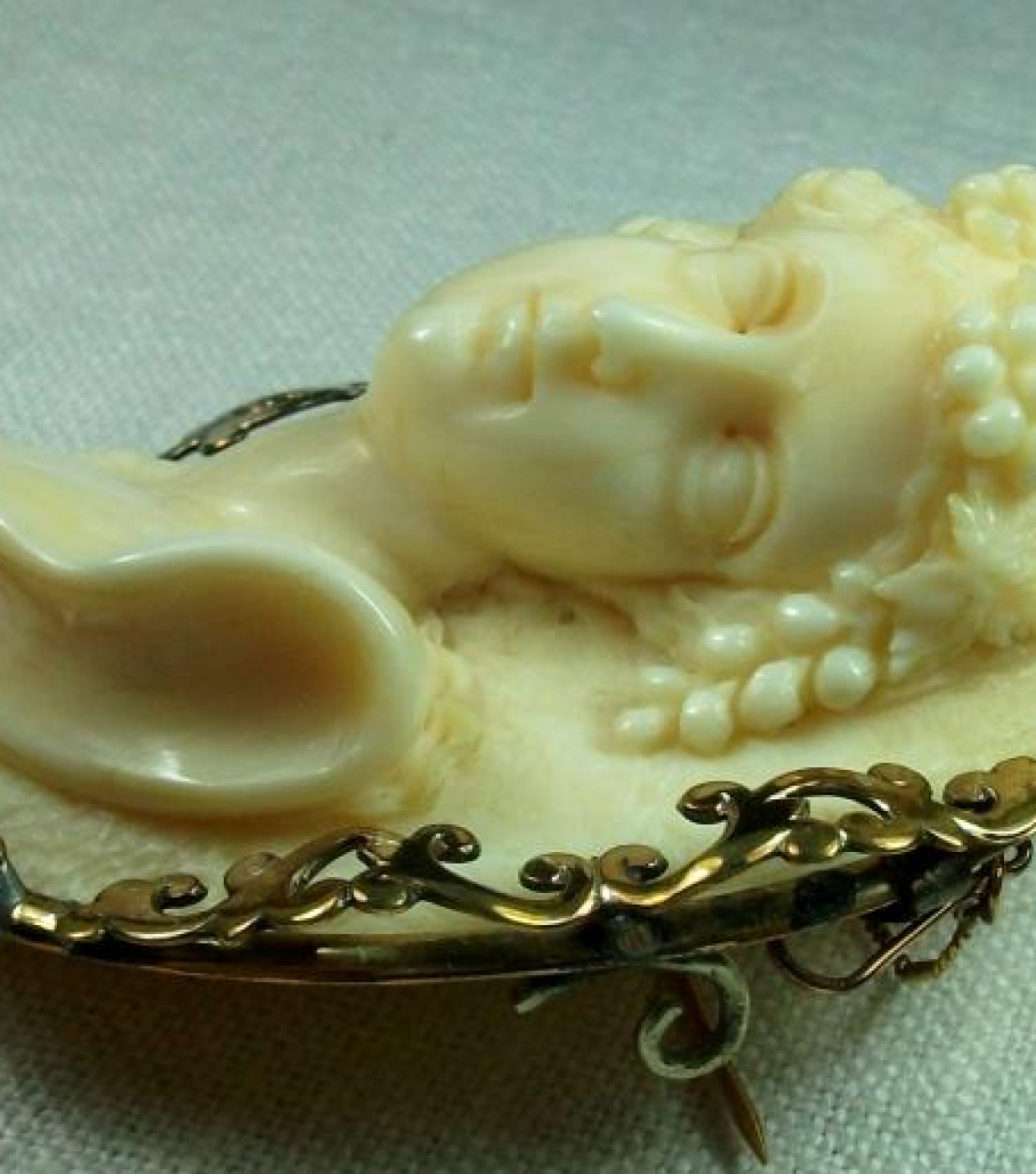 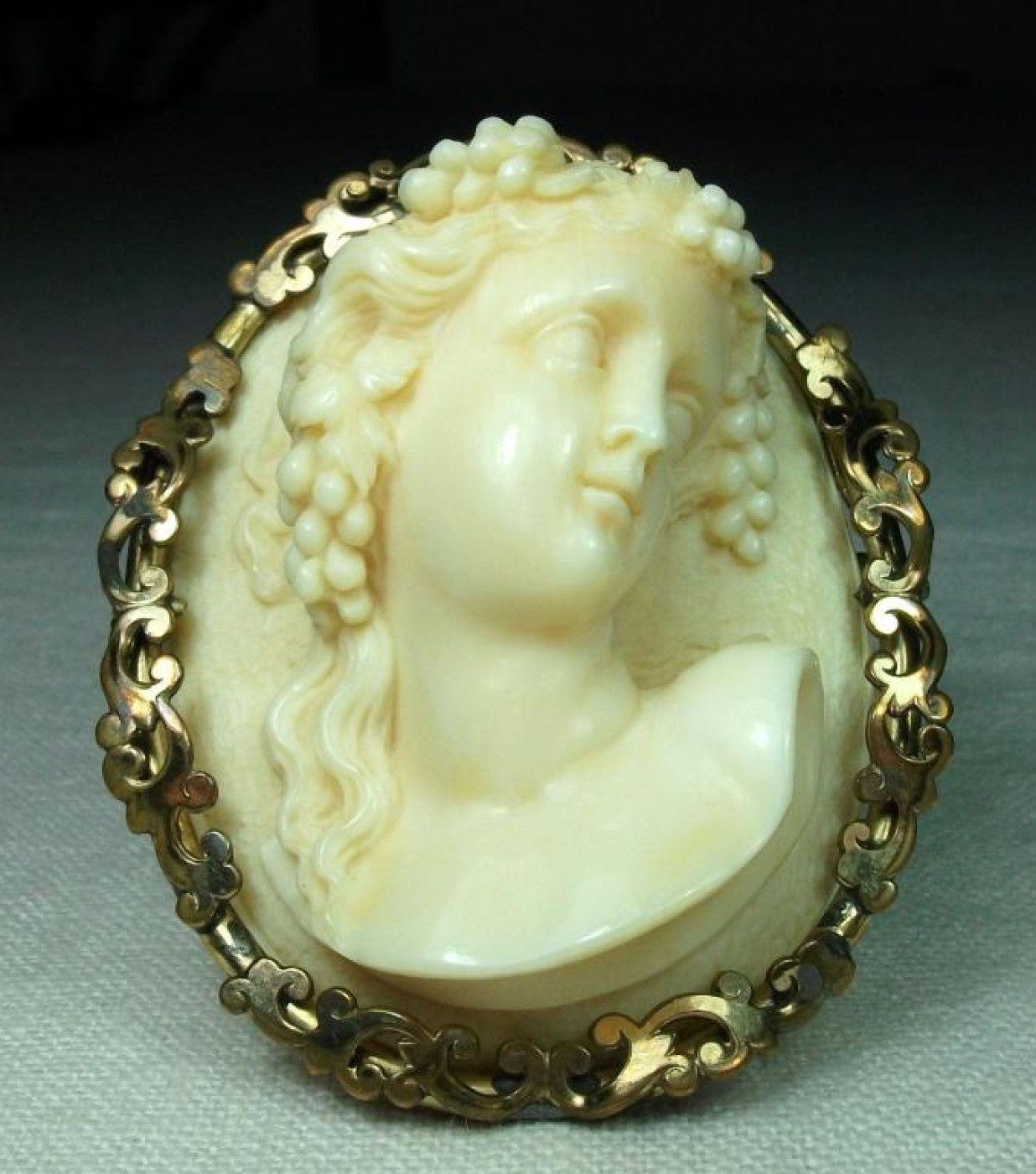 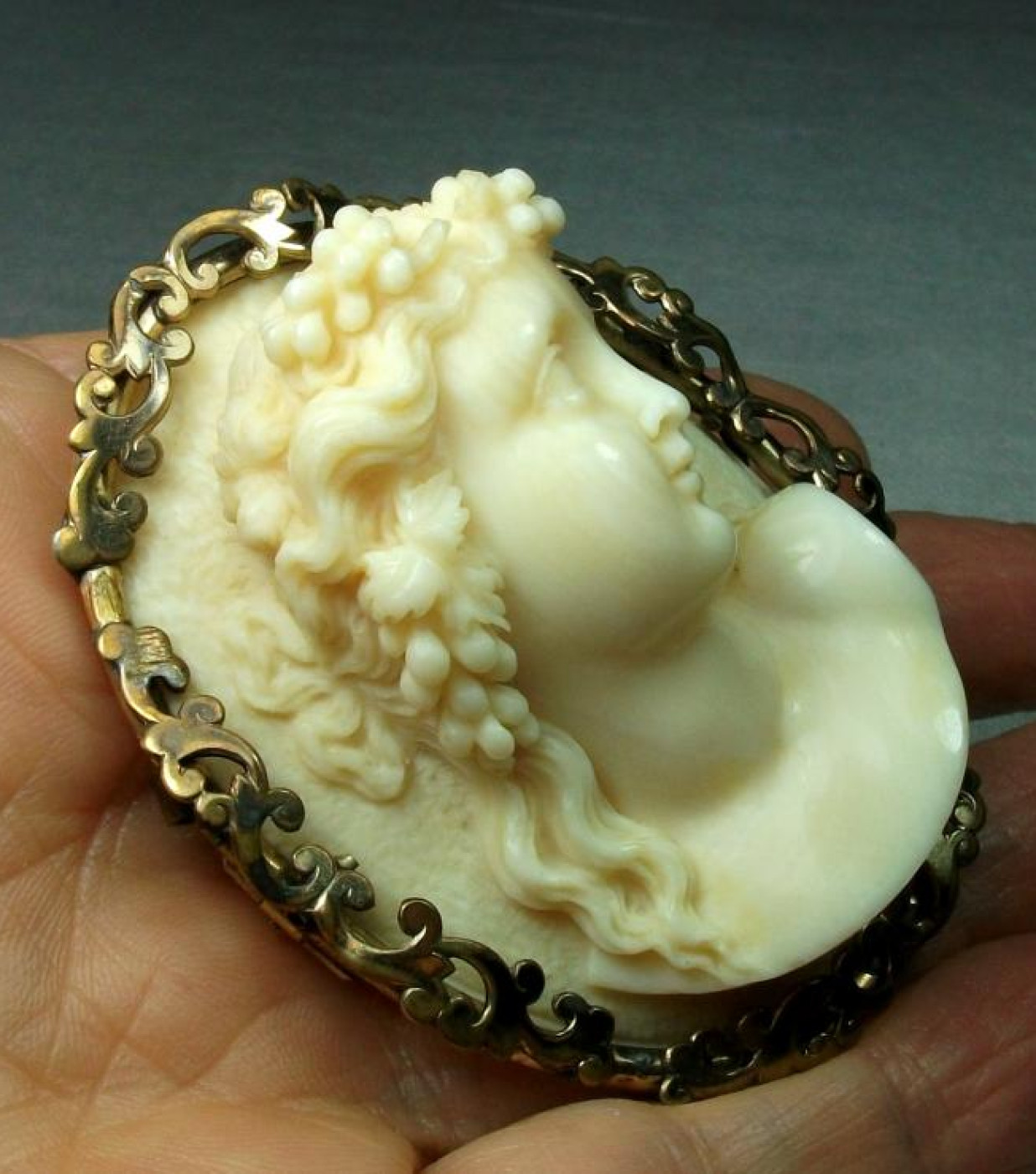 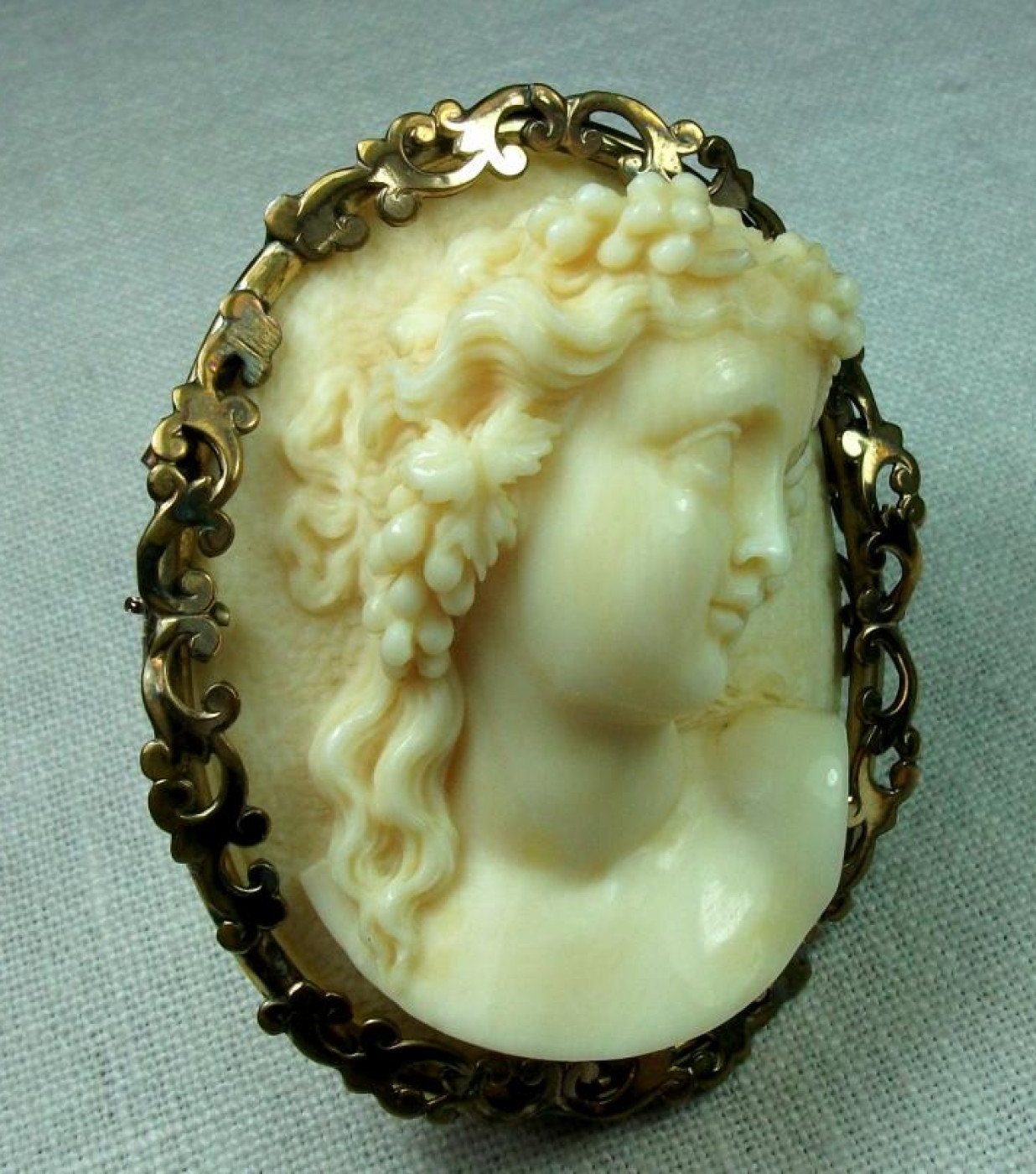 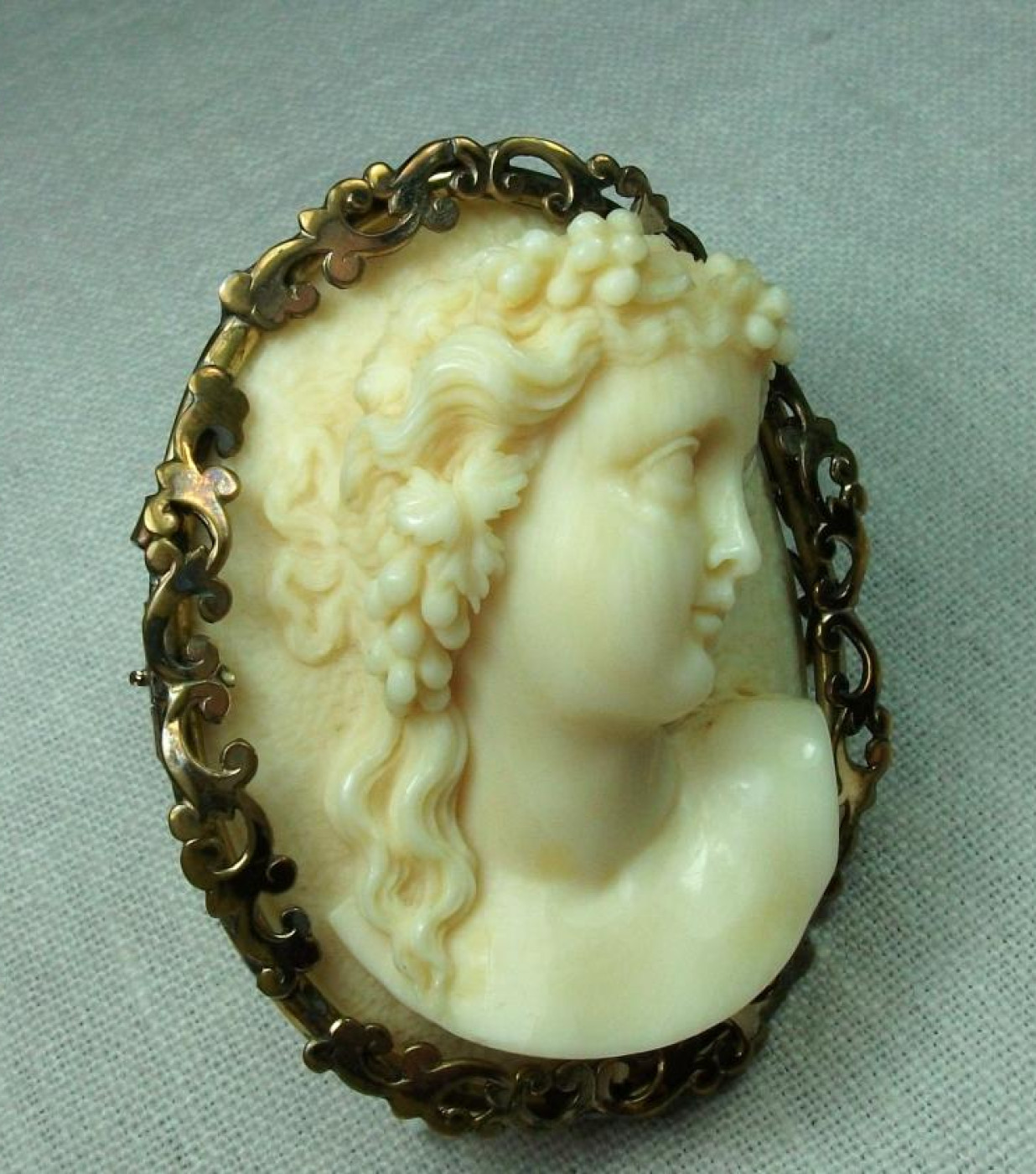 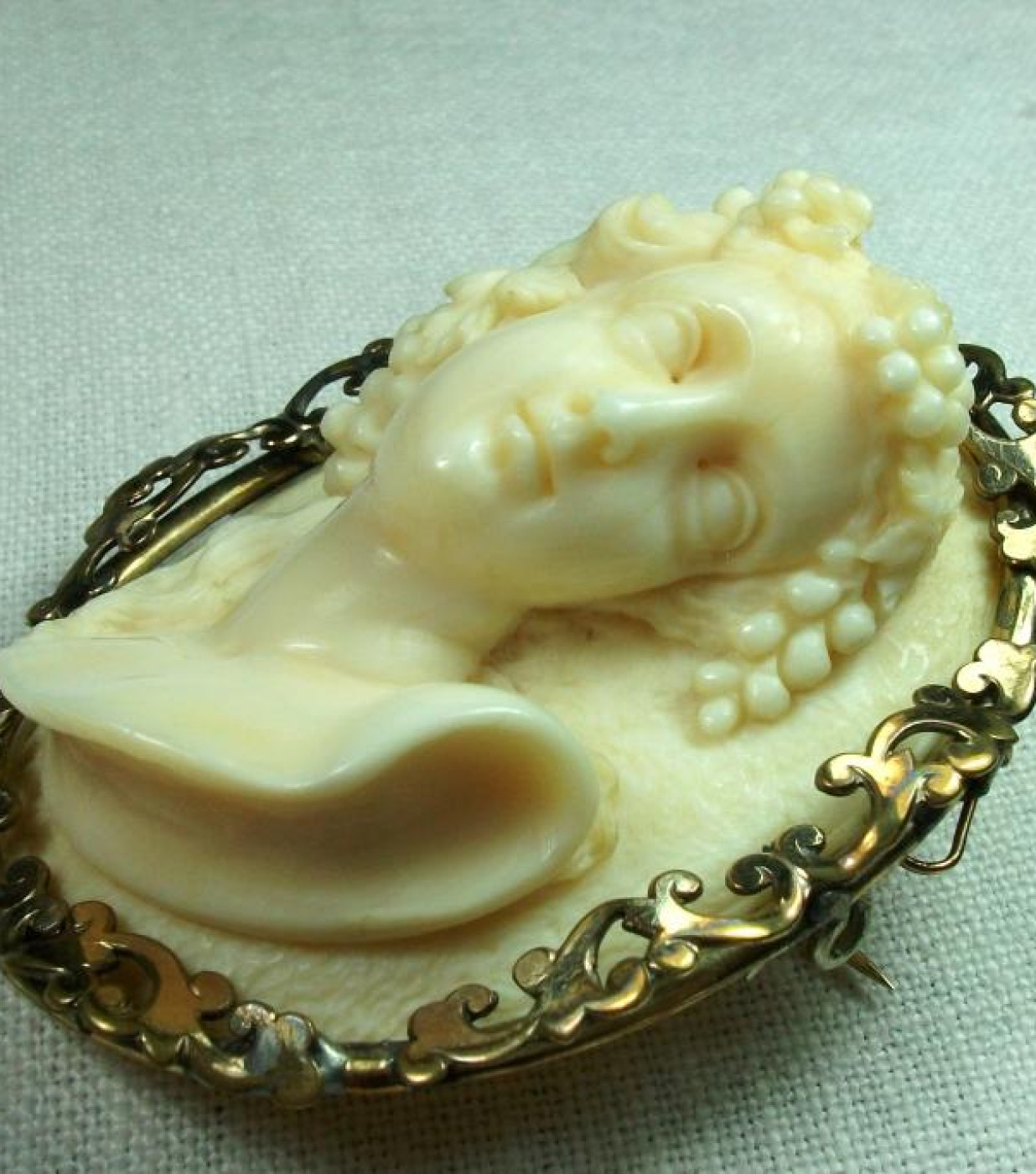 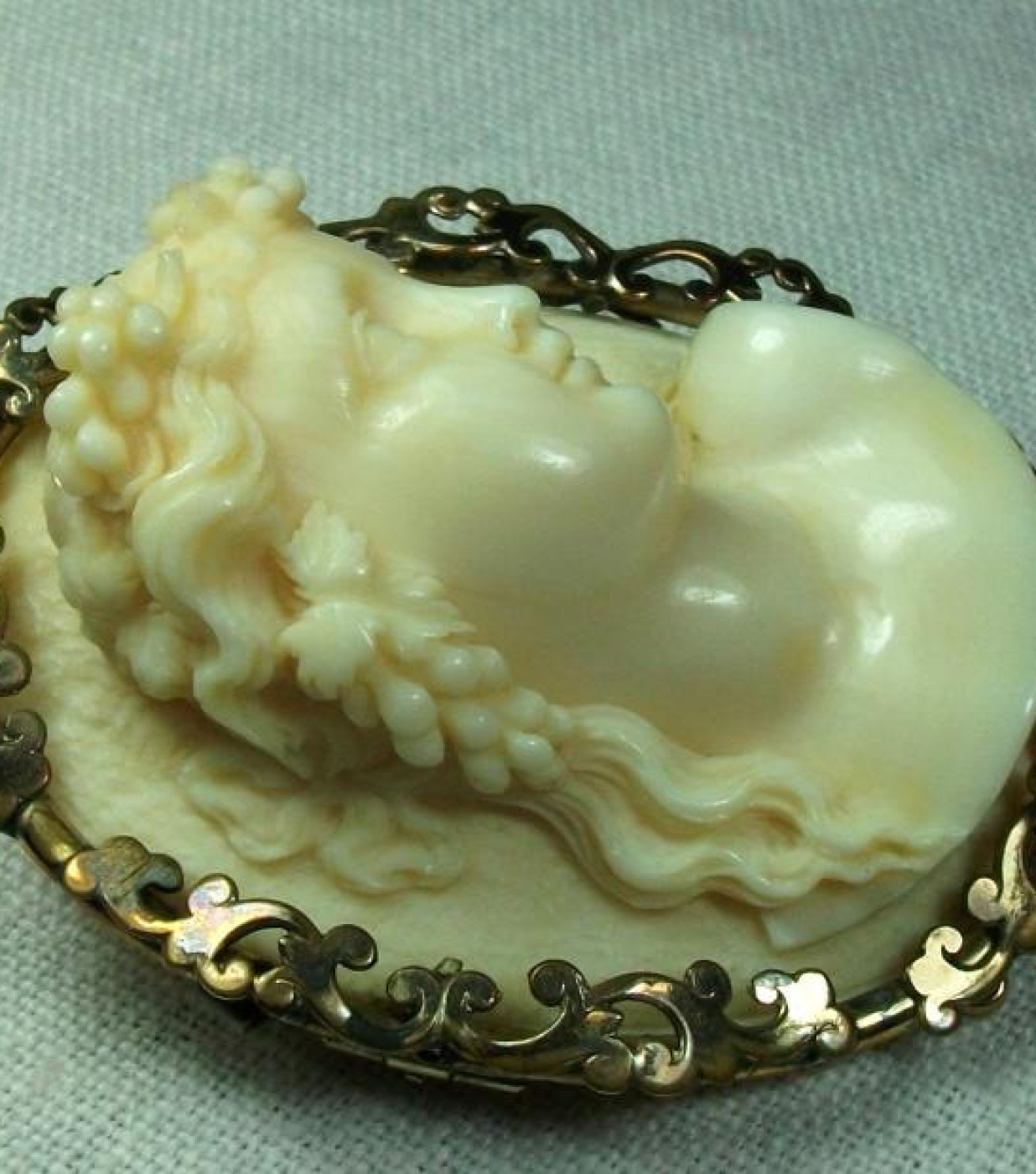 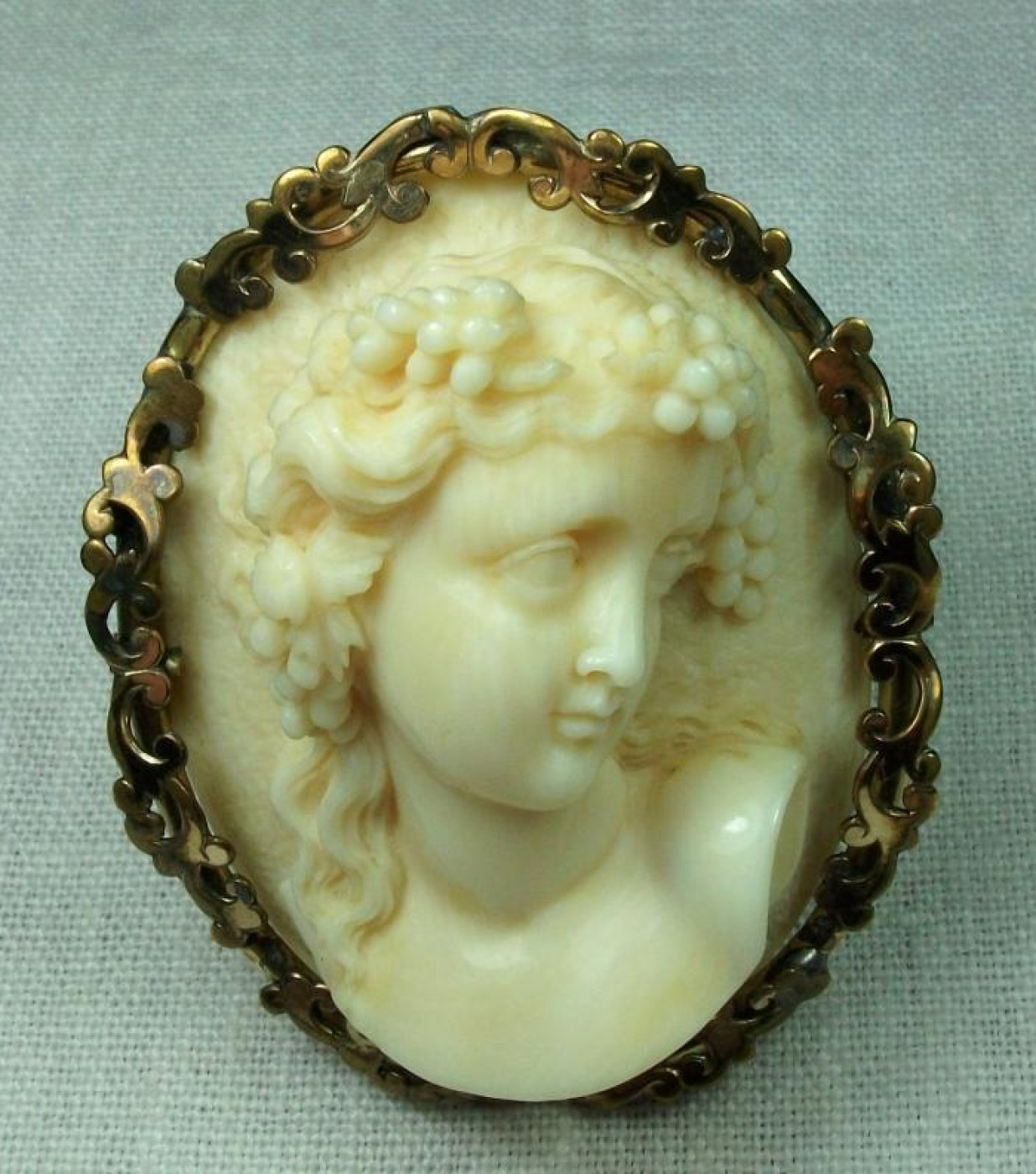 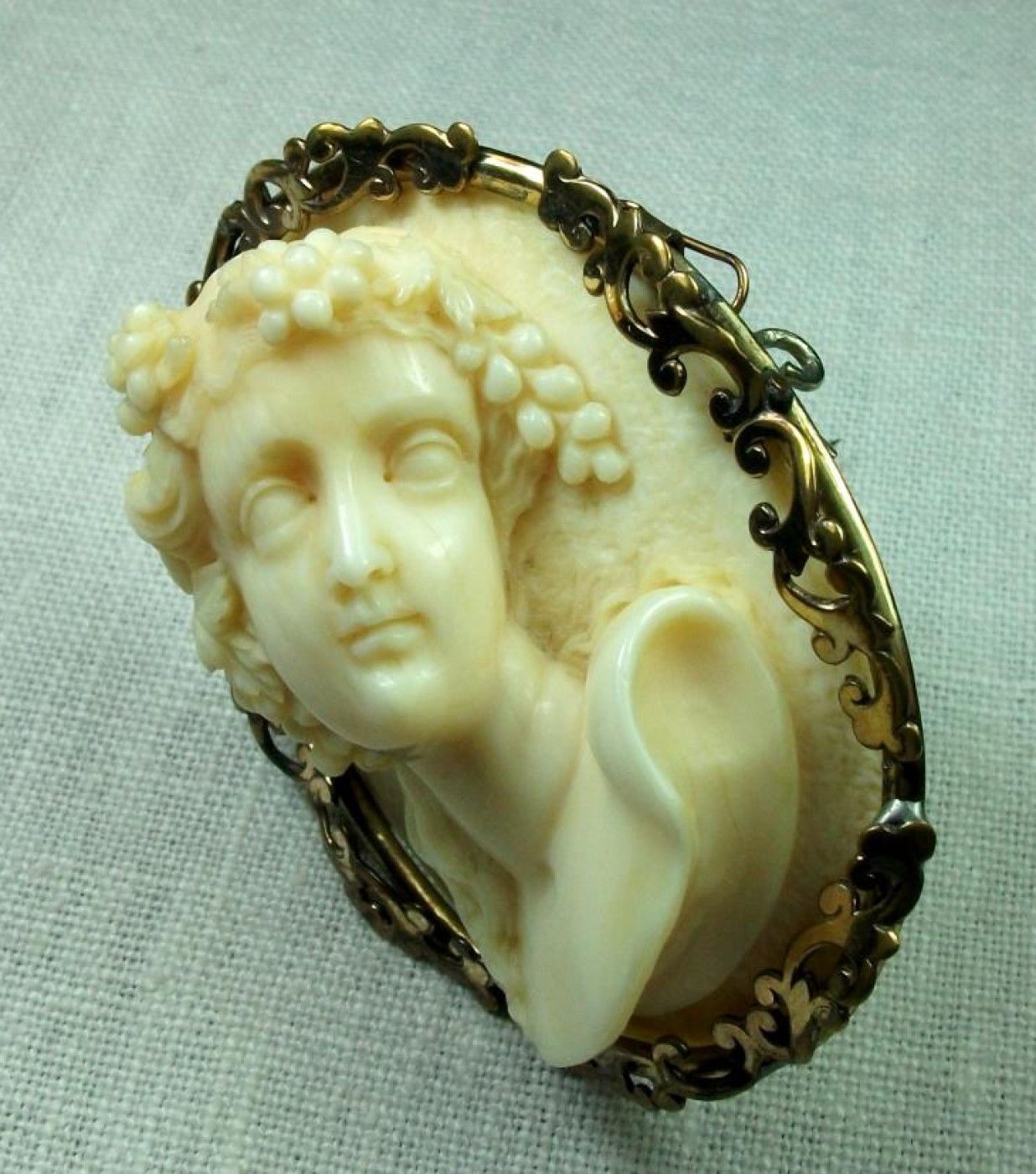 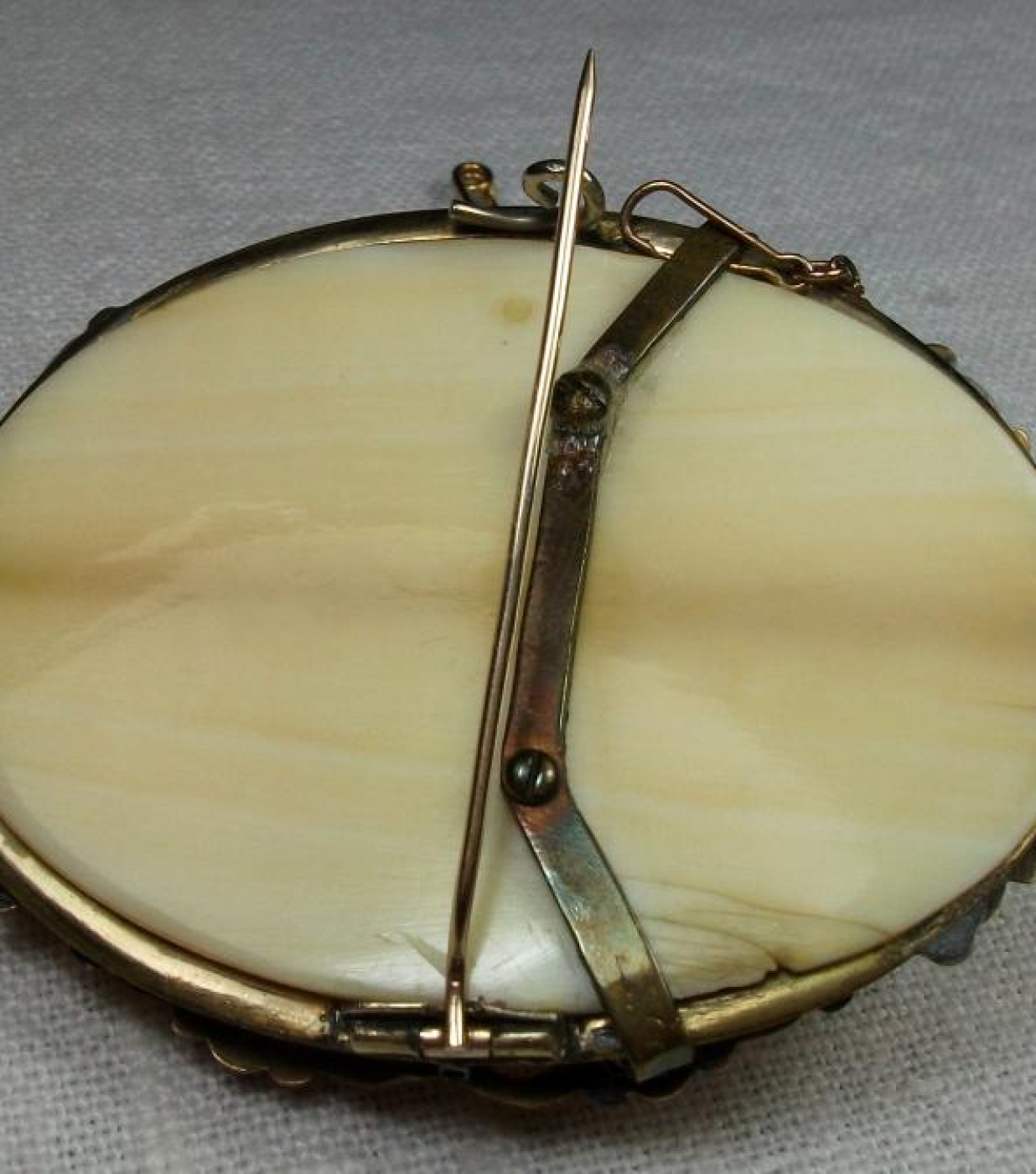 Museum Quality ivory cameo. depicting a Bacchante. They were followers of Bacchus the God of wine (Dionysus is the Greek name). Cameo is huge and is it just like a sculpture. An amazing work of art in mint condition. A three-dimensional carved ivory cameo. The era of this cameo is circa 1840/1850, surely carved in Dieppe, France, one of the capitals of the ivory carving during the Georgian and Victorian era. I don't think that I have to spend many word for this one, the pictures speak by themselves. This is a real unusual piece as the background is not smooth, it was also carved, never seen something of similar.  Every small detail is perfectly carved. Her hair is crowned by grapes and fruiting vines and is tied in a shape of a bow. Look how her expression changes putting the cameo under different lights. Her face is pretty and wonderfully carved. Simply fantastic. I really can affirm that this is a unique artwork.  The frame is lovely too, very elaborate and rich. A very desirable collectors piece, rare and museum quality cameo.

In Greek mythology, maenads (Bacchantes) were the female followers of Dionysus, the most significant members of the Thiasus, the retinue of Dionysus. The maenads were also known as Bacchae or Bacchantes in Roman mythology, after the penchant of the equivalent Roman god, Bacchus, to wear a fox-skin. Their name literally translates as "raving ones". Often the maenads were portrayed as inspired by him into a state of ecstatic frenzy, through a combination of dancing and drunken intoxication. In this state, they would lose all self-control, begin shouting excitedly, engage in uncontrolled sexual behavior, and ritualistically hunt down and tear animals (and sometimes men and children) to pieces, devouring the raw flesh. During these rites, the maenads would dress in fawn skins and carry a thyrsus, a long stick wrapped in ivy or vine leaves and tipped by a cluster of leaves; they would weave ivy-wreaths and fruiting vines around their heads, and often handle or wear snake