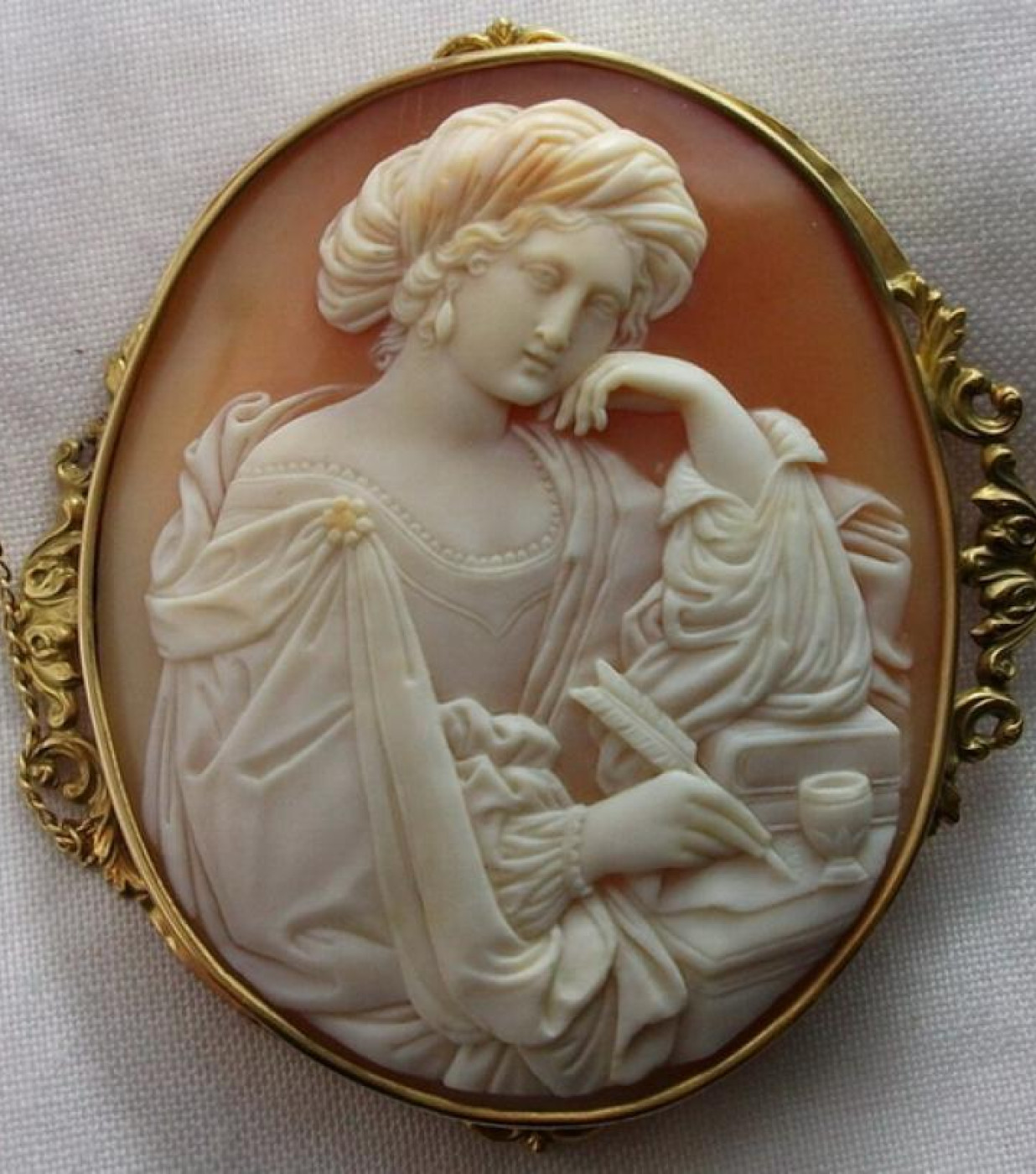 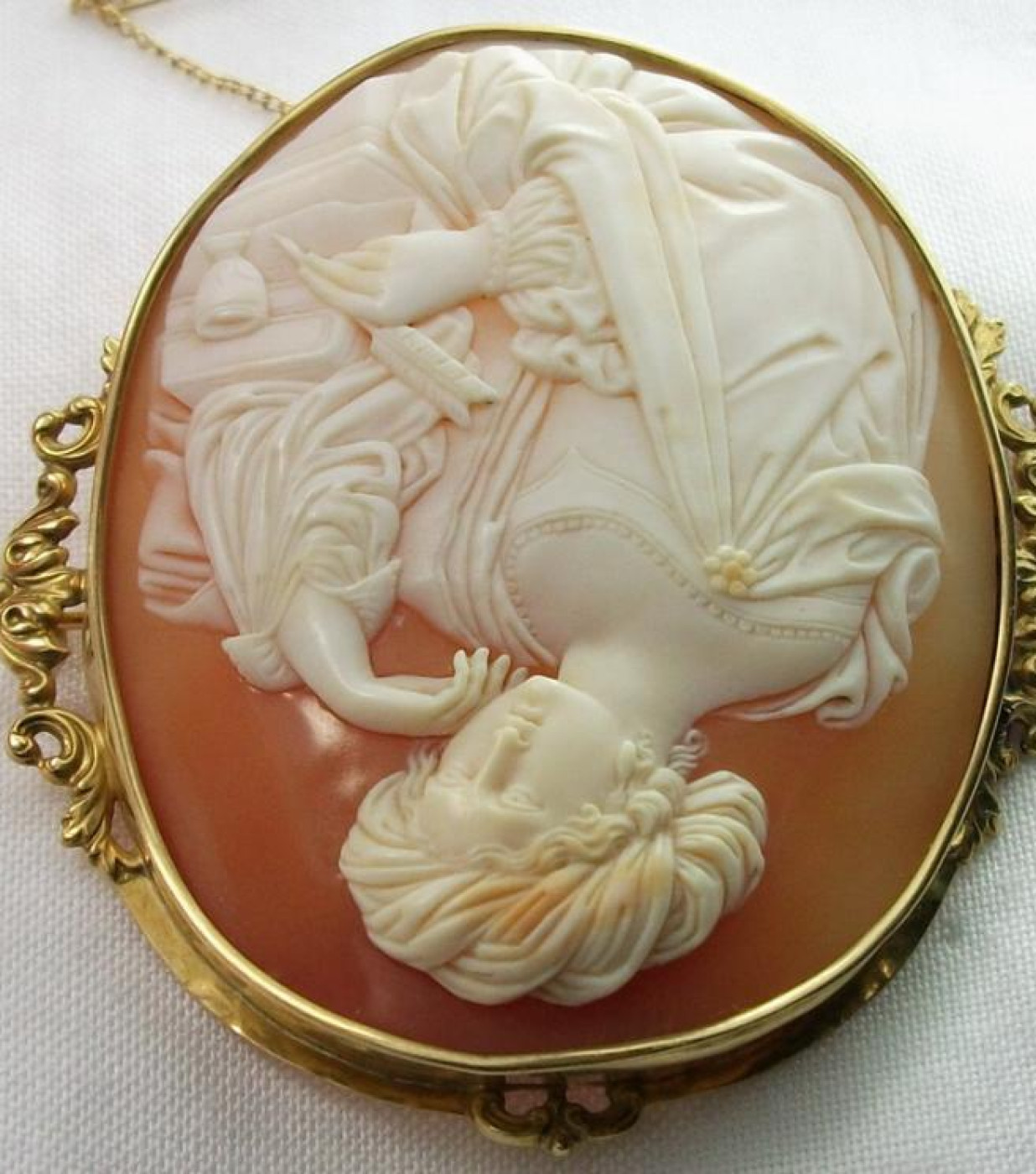 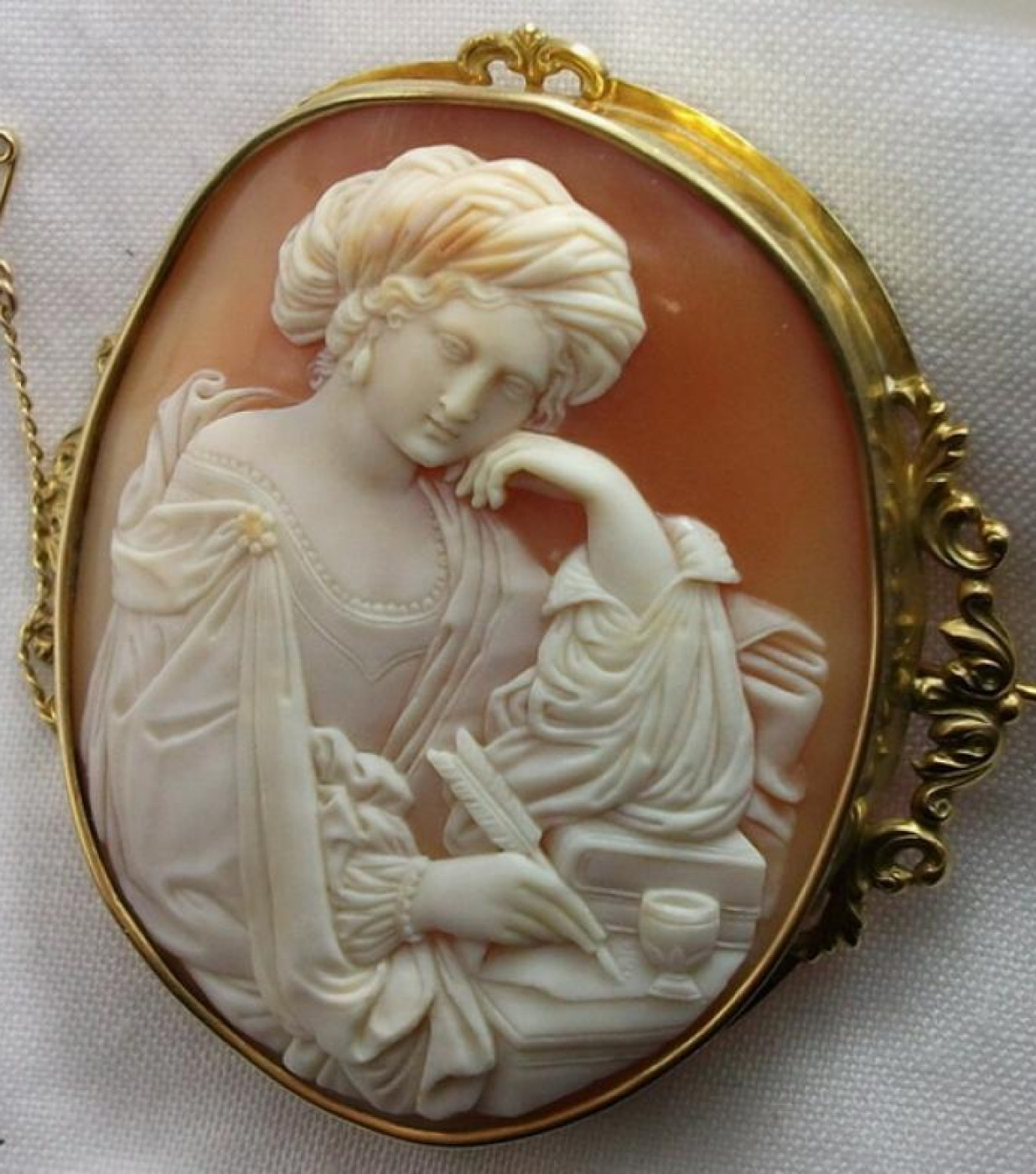 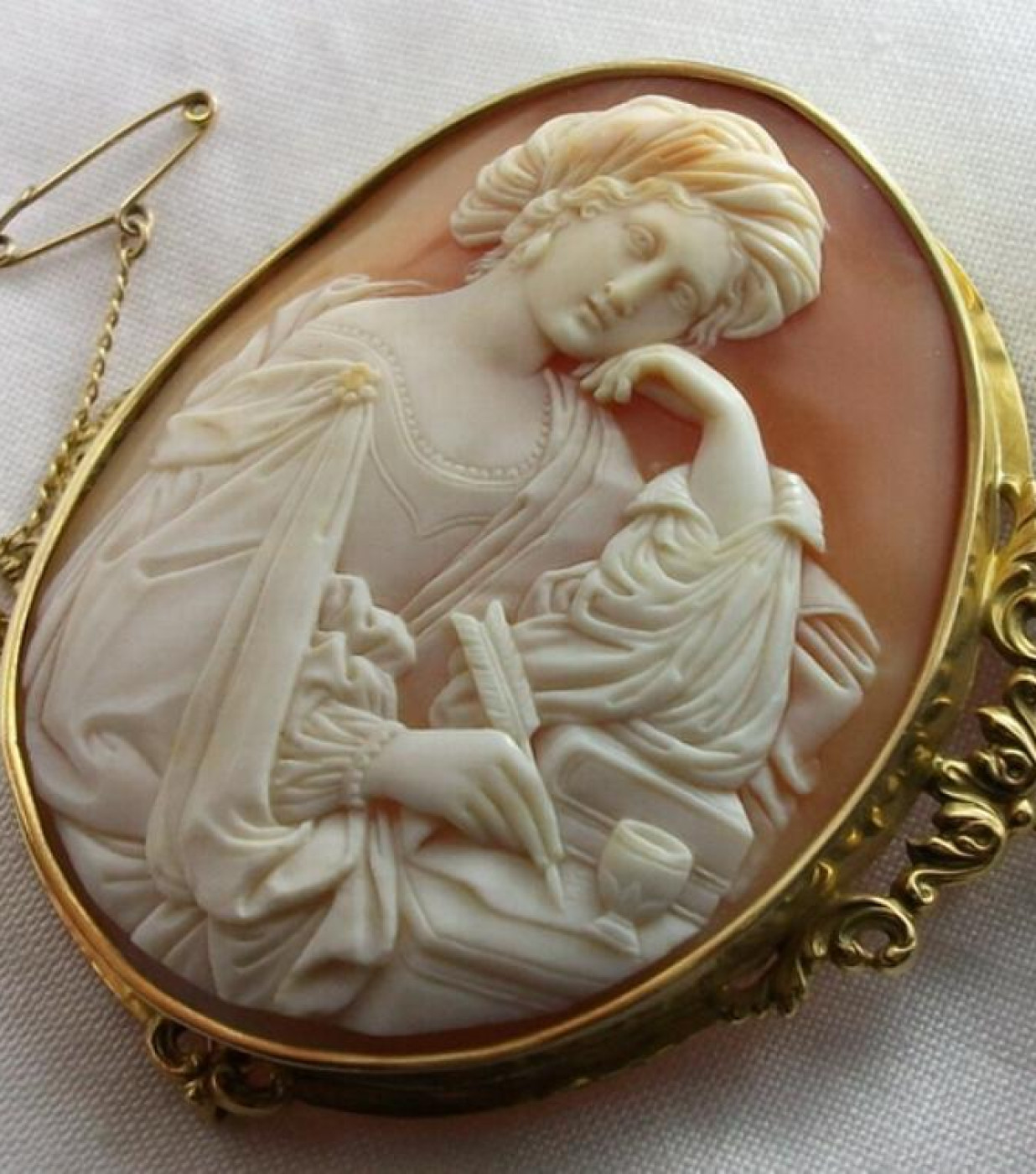 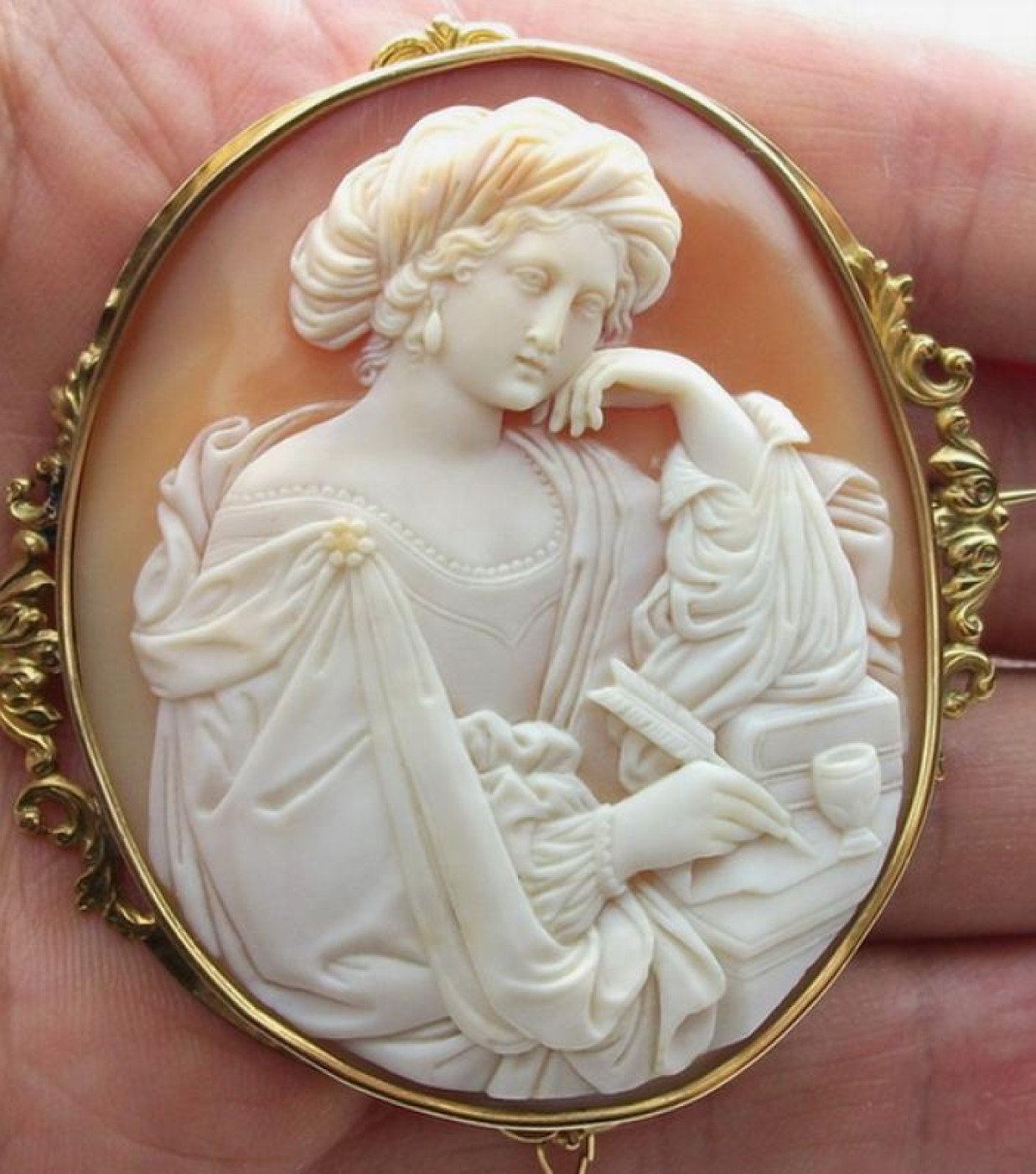 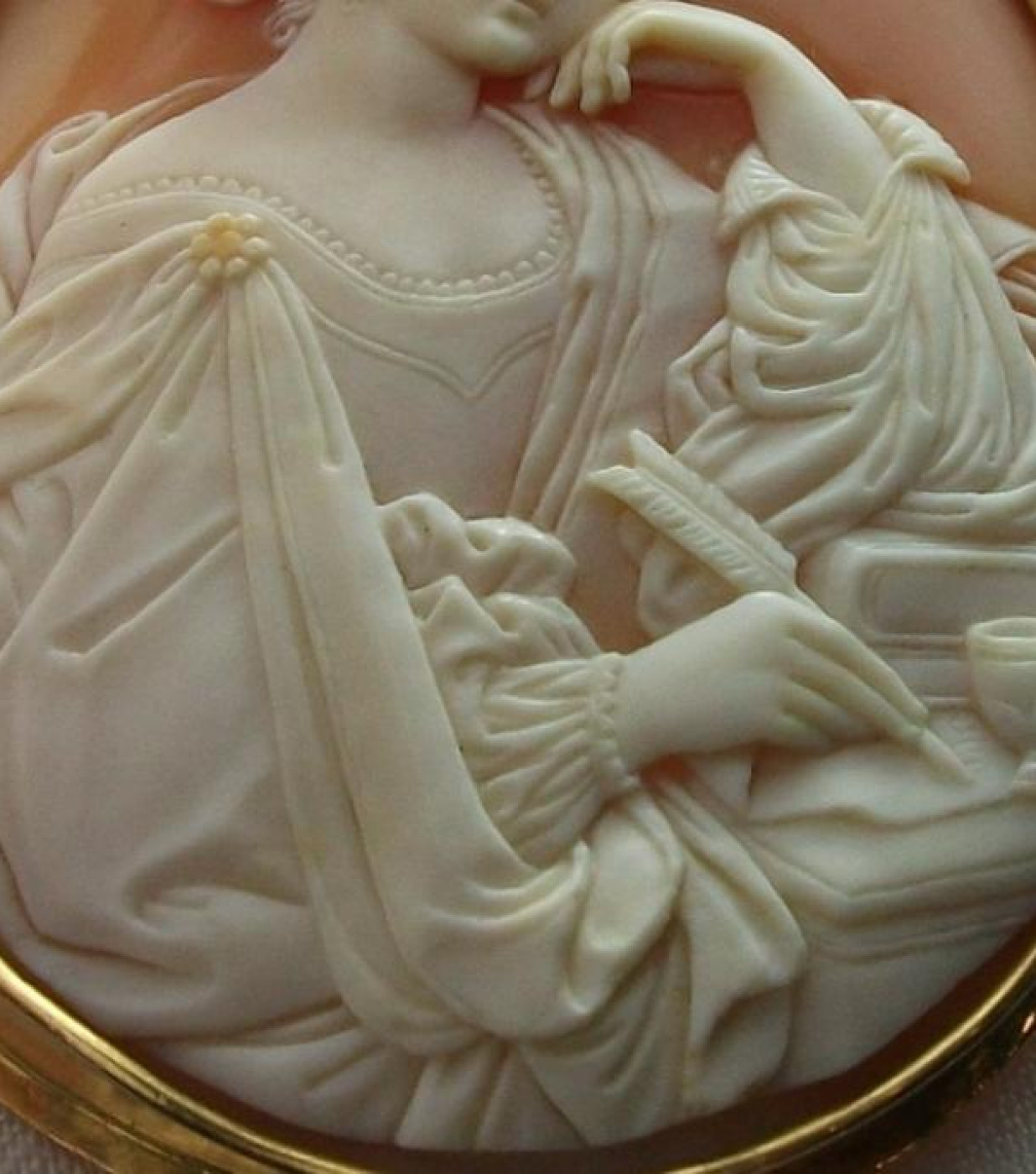 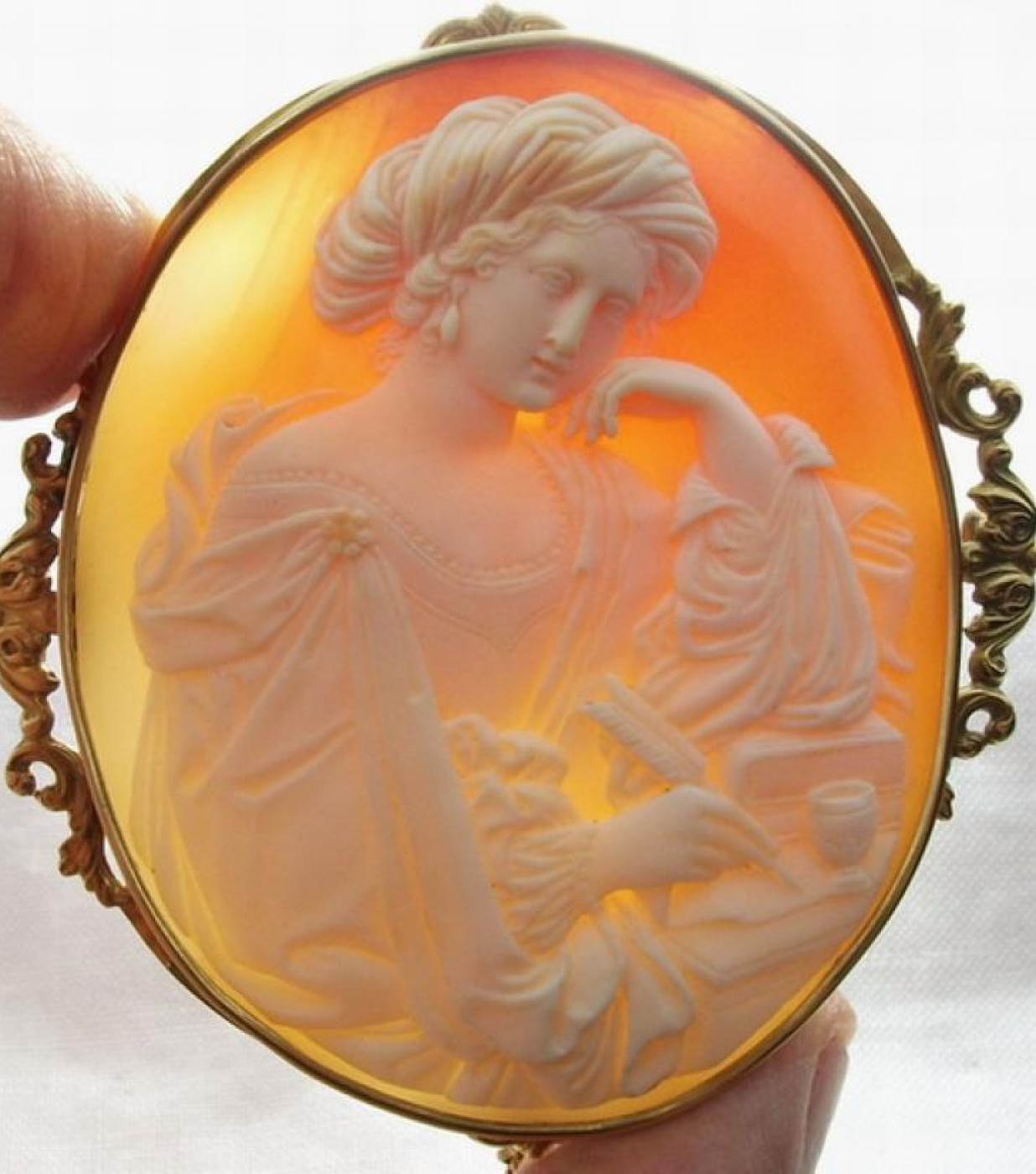 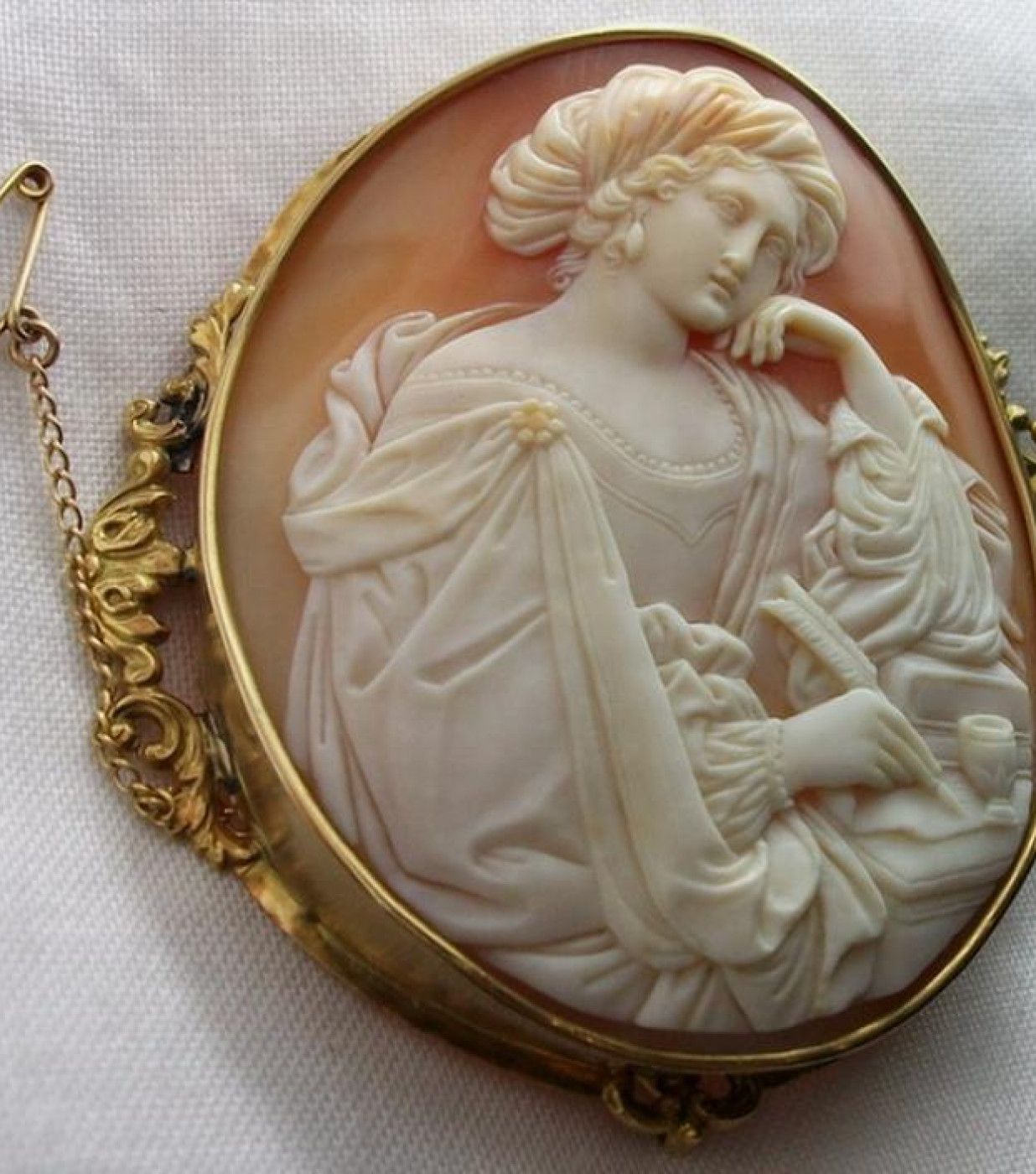 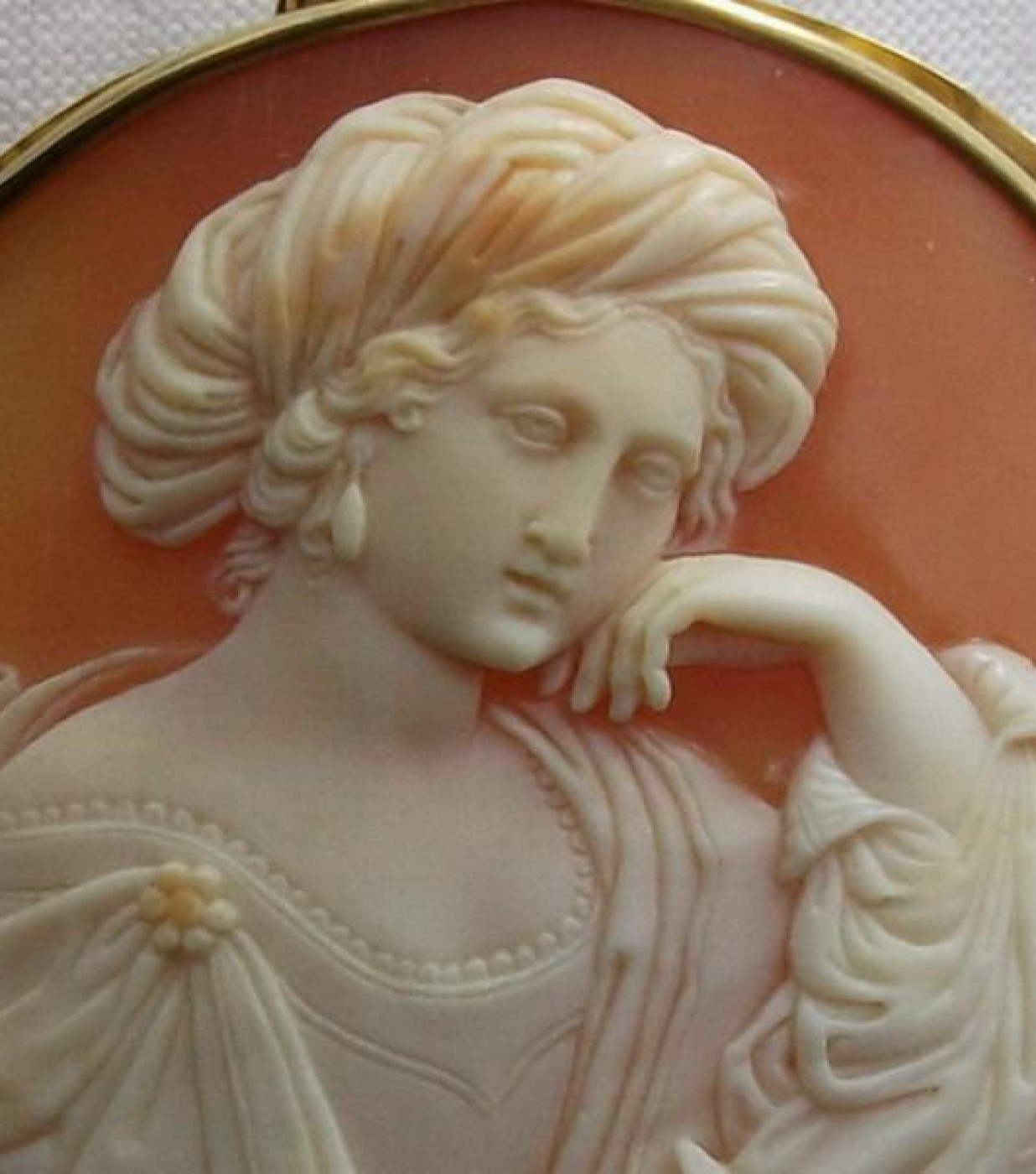 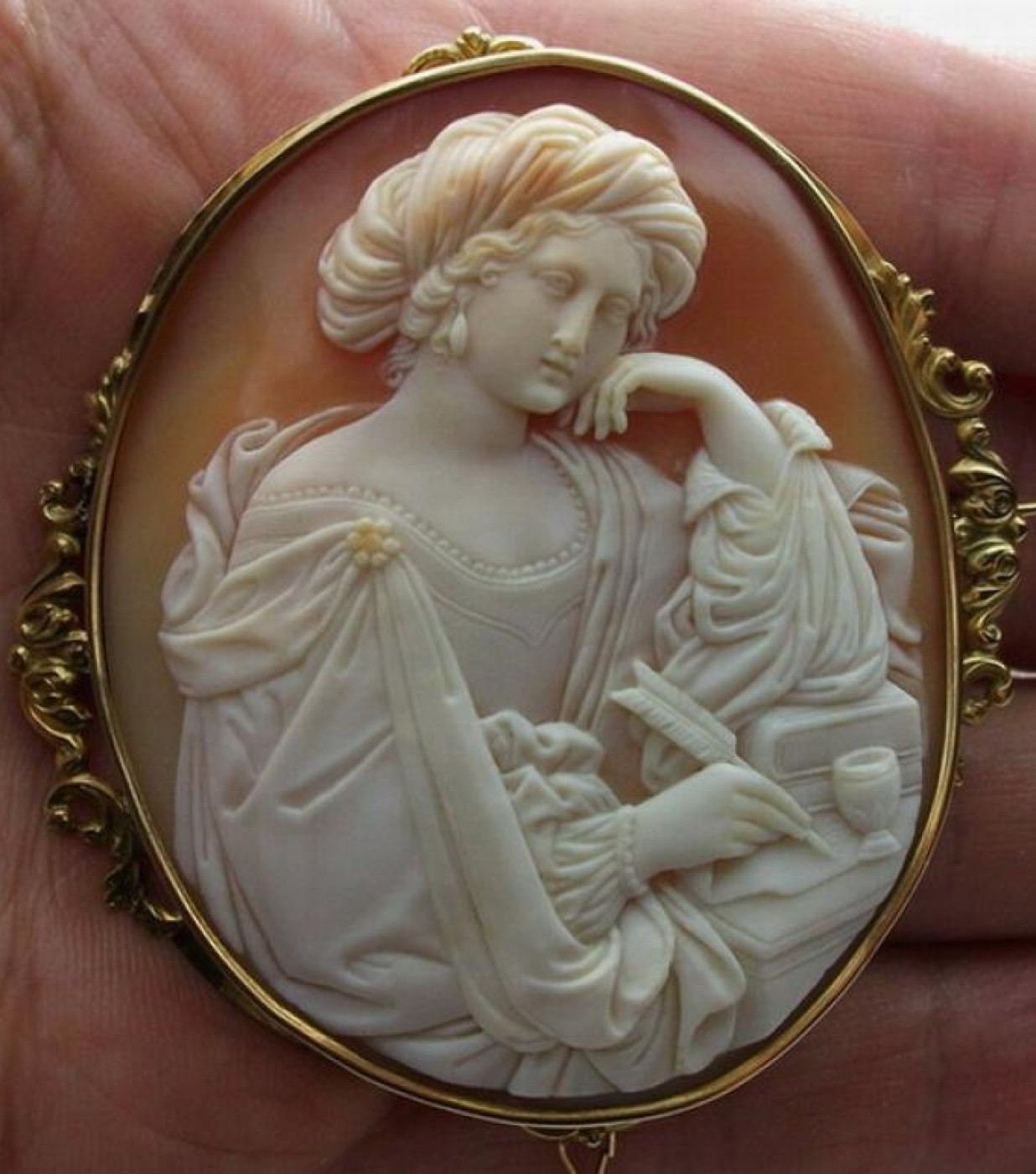 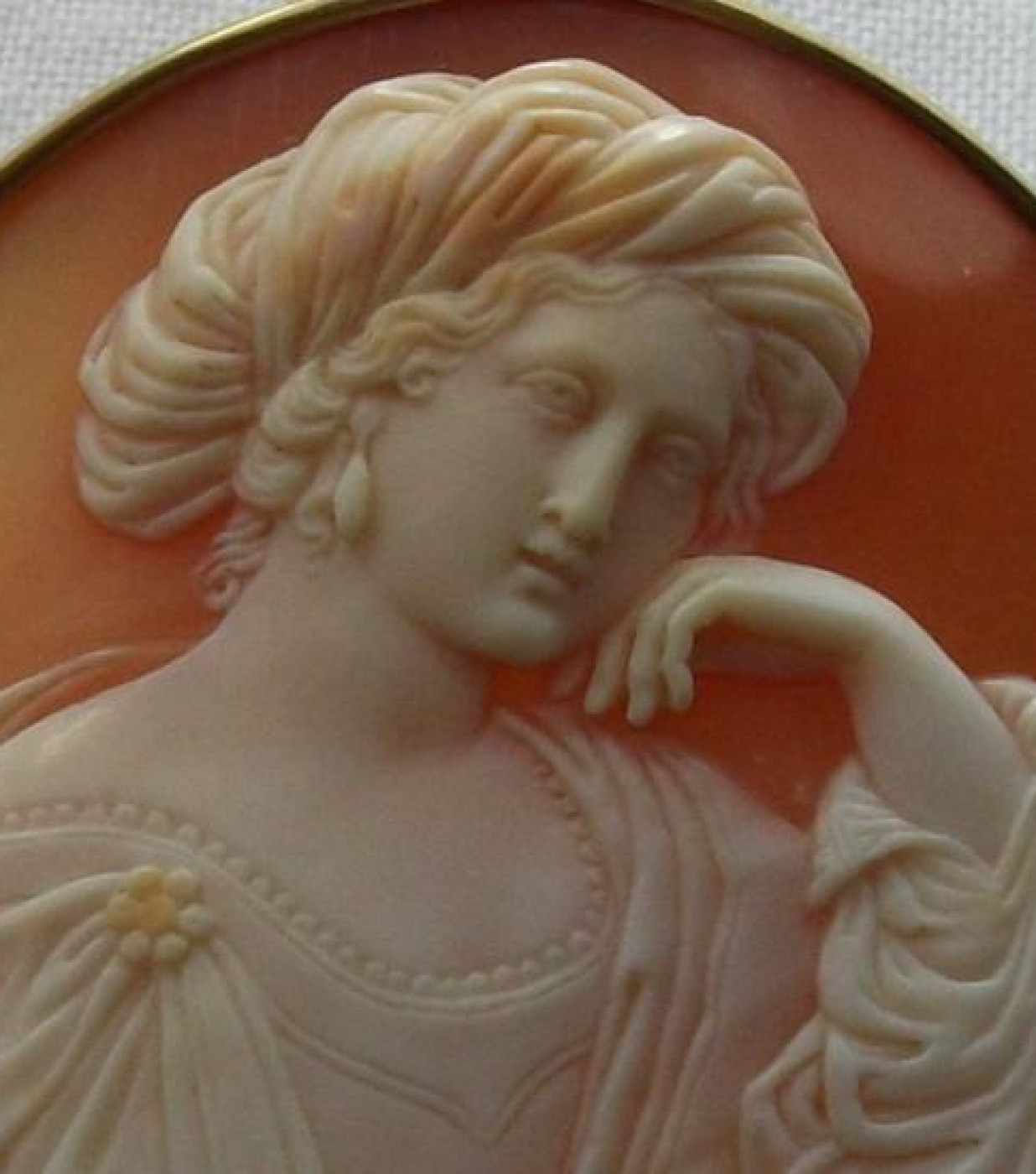 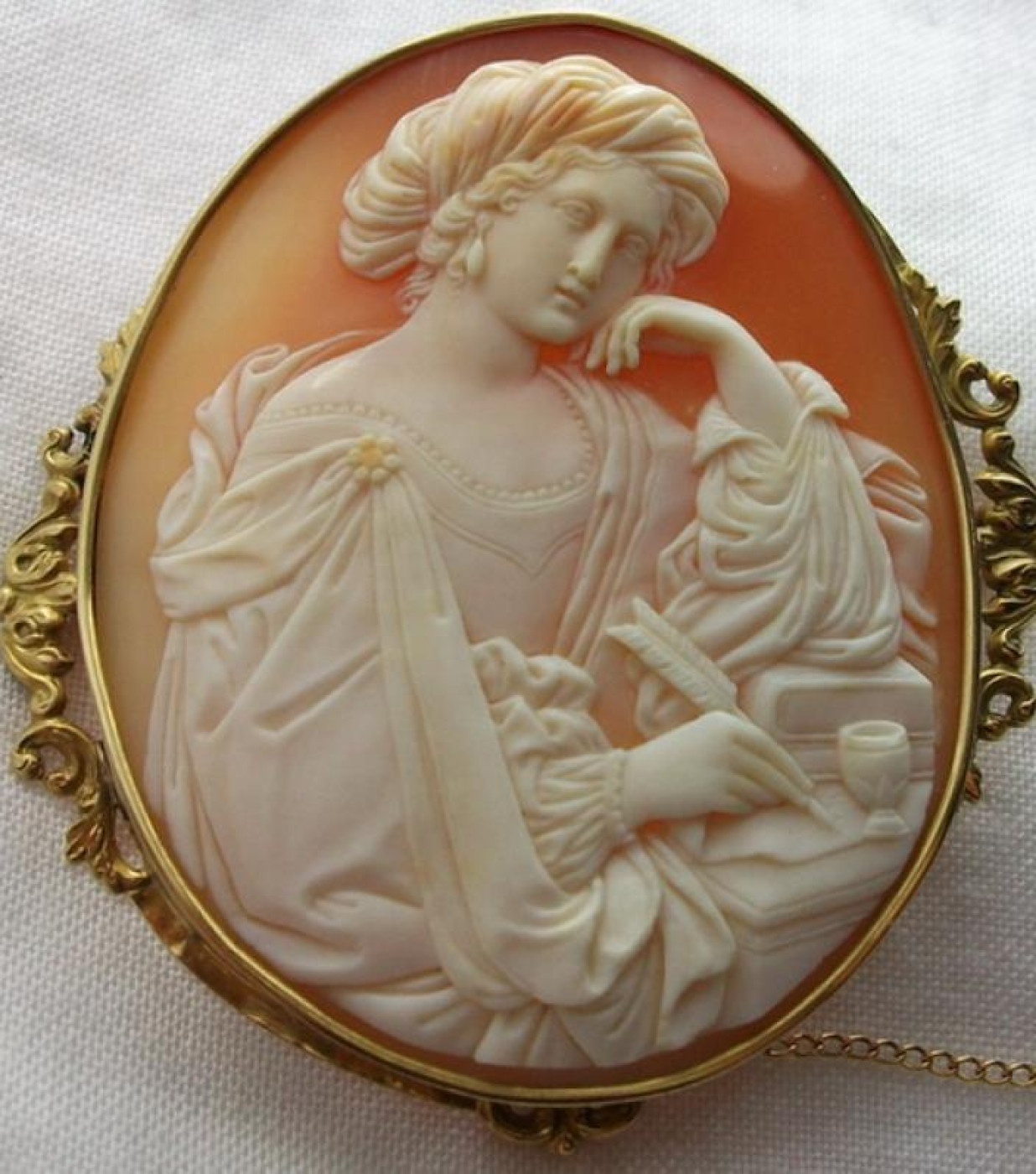 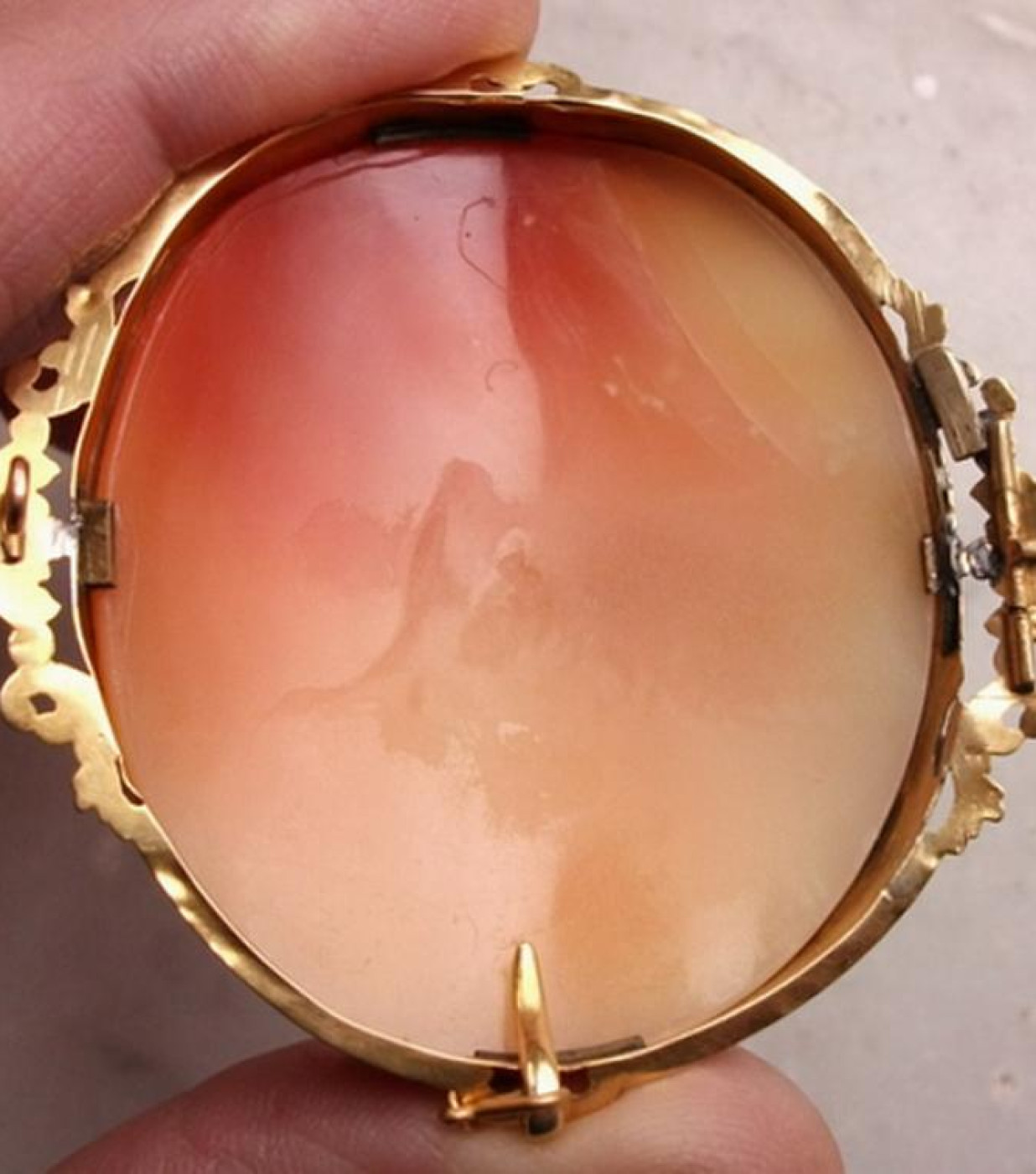 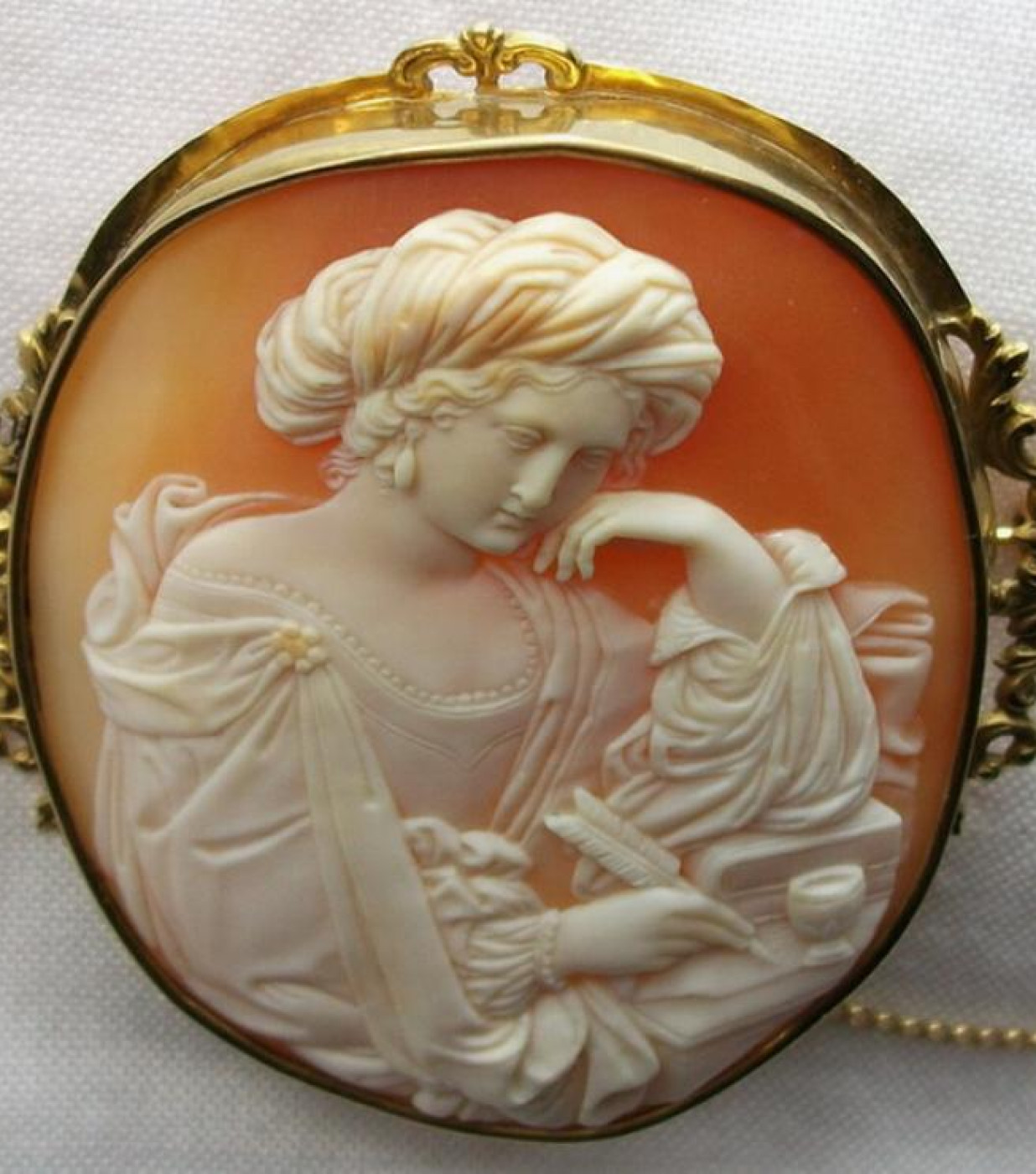 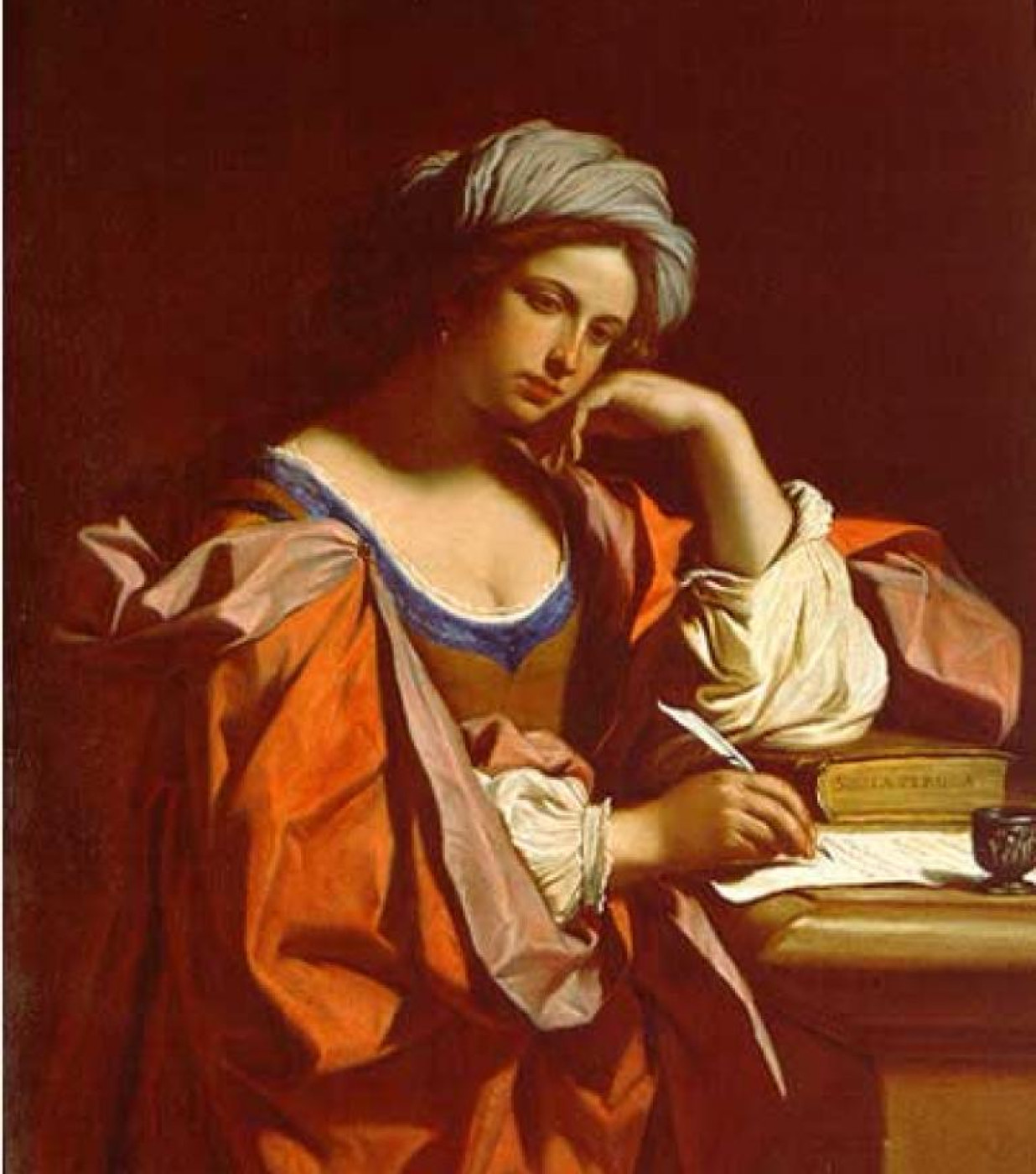 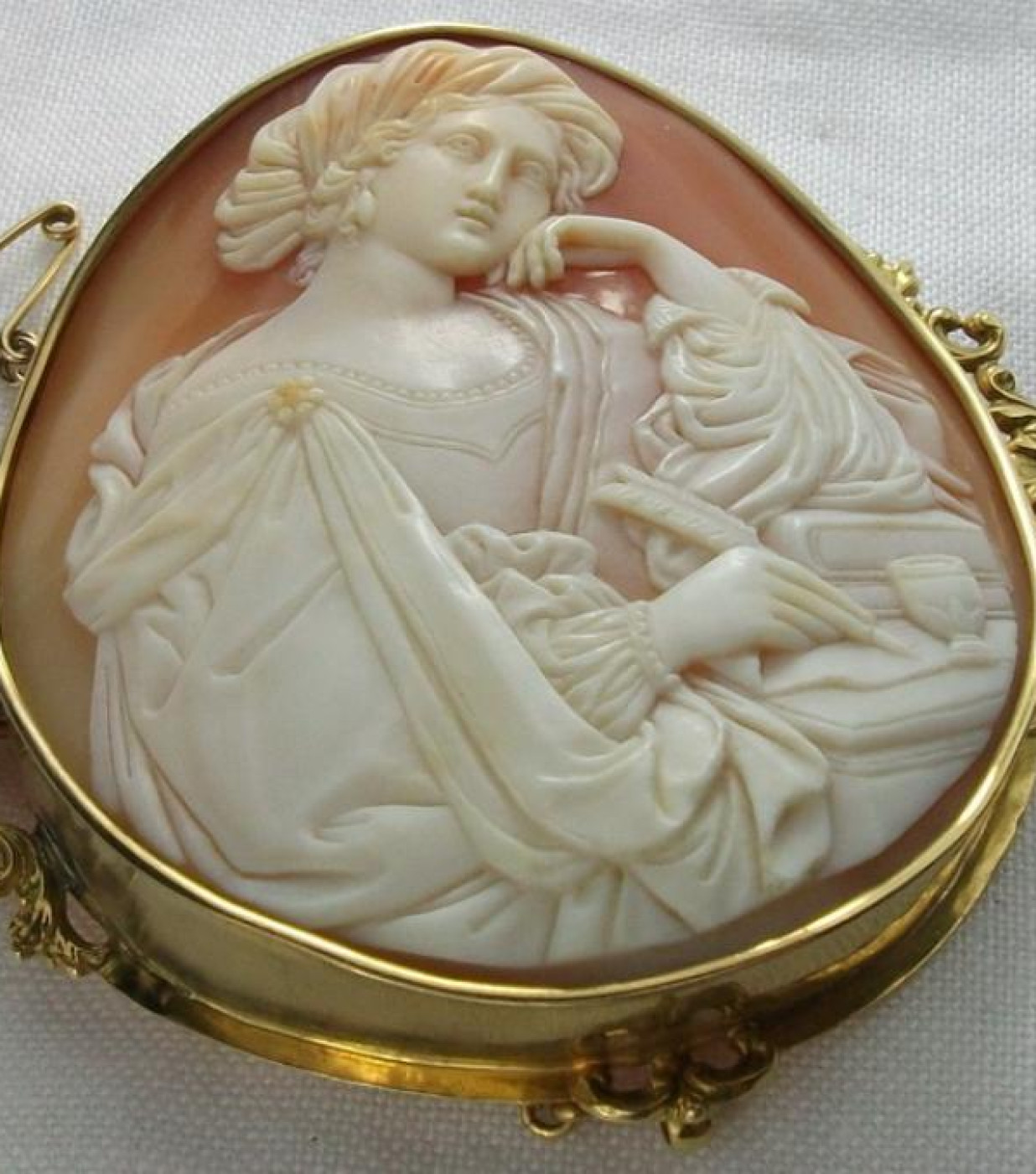 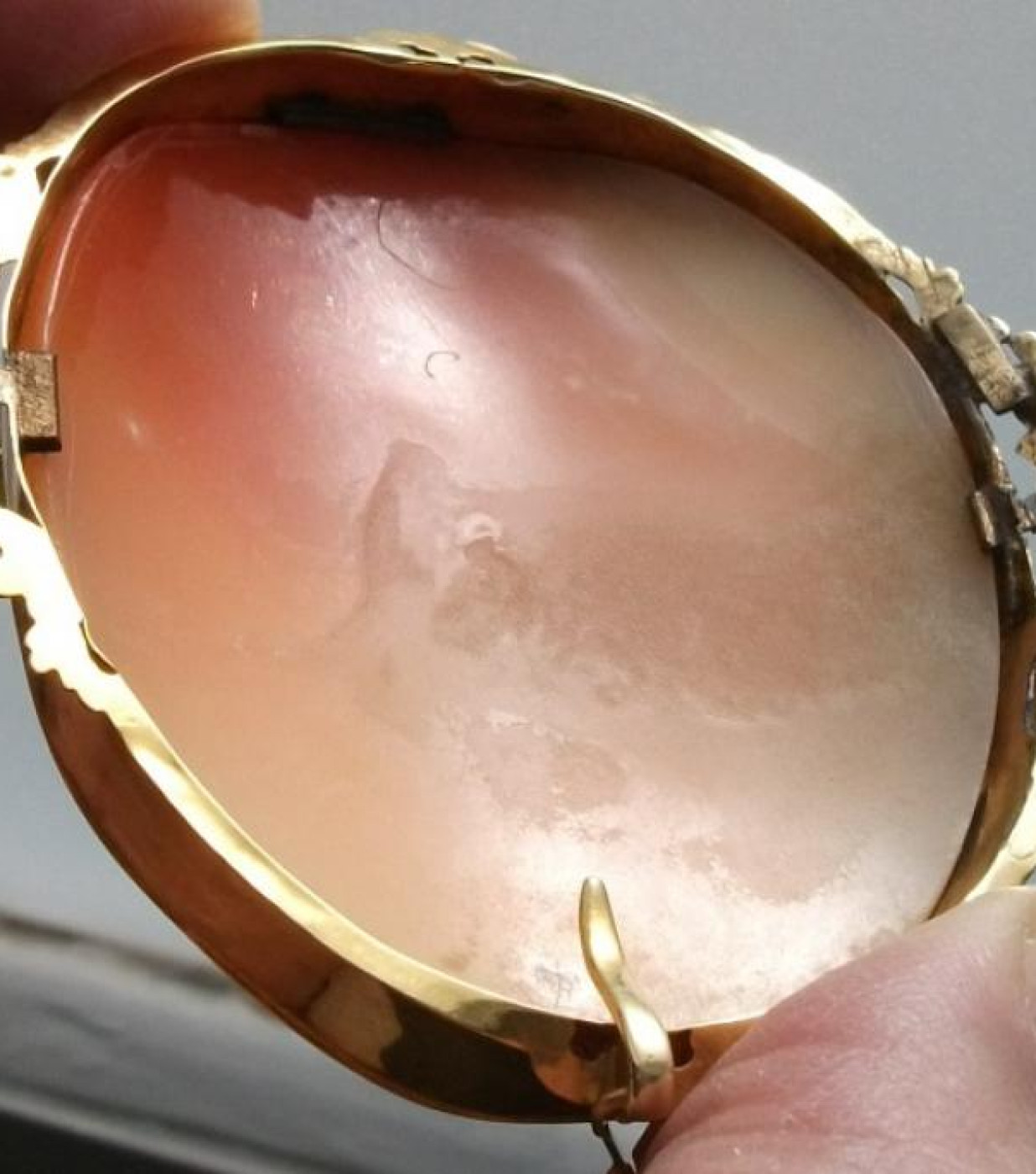 Please note
There are new pictures for this cameo taken with different lights and angles which are necessary to allow you to easily catch the real beauty of the cameo in every detail, difficult task to do through simple pictures.
Highest Museum Quality cameo depicting the Sibilla Persica (Persian Sibyl). This cameo is after a painting of Guercino (Giovanni Francesco Barbieri, Cento 1591 - Bologna 1666) painted in 1647 for the Governor of Cento Carlo Rondinelli. The painting is now in the Capitoline Museum in Rome.
This is a superbly carved cameo, look how the carver caught all the details from the painting. Her sumptuous dress is magnificently made, her left hand softly rested against her cheek is carved so finely that the hand seems real. There is even something wrote on the paper where she's writing on. This to repeat that each detail of this cameo is simply amazing. This subject is a surpassing beauty one, everything in this cameo is amazingly carved, this cameo seems just like a sculpture. All the details are just perfect.  This is another masterly carved cameo. A very desirable collectors piece, rare and museum quality cameo.