Rarest Cameo Of The Charity 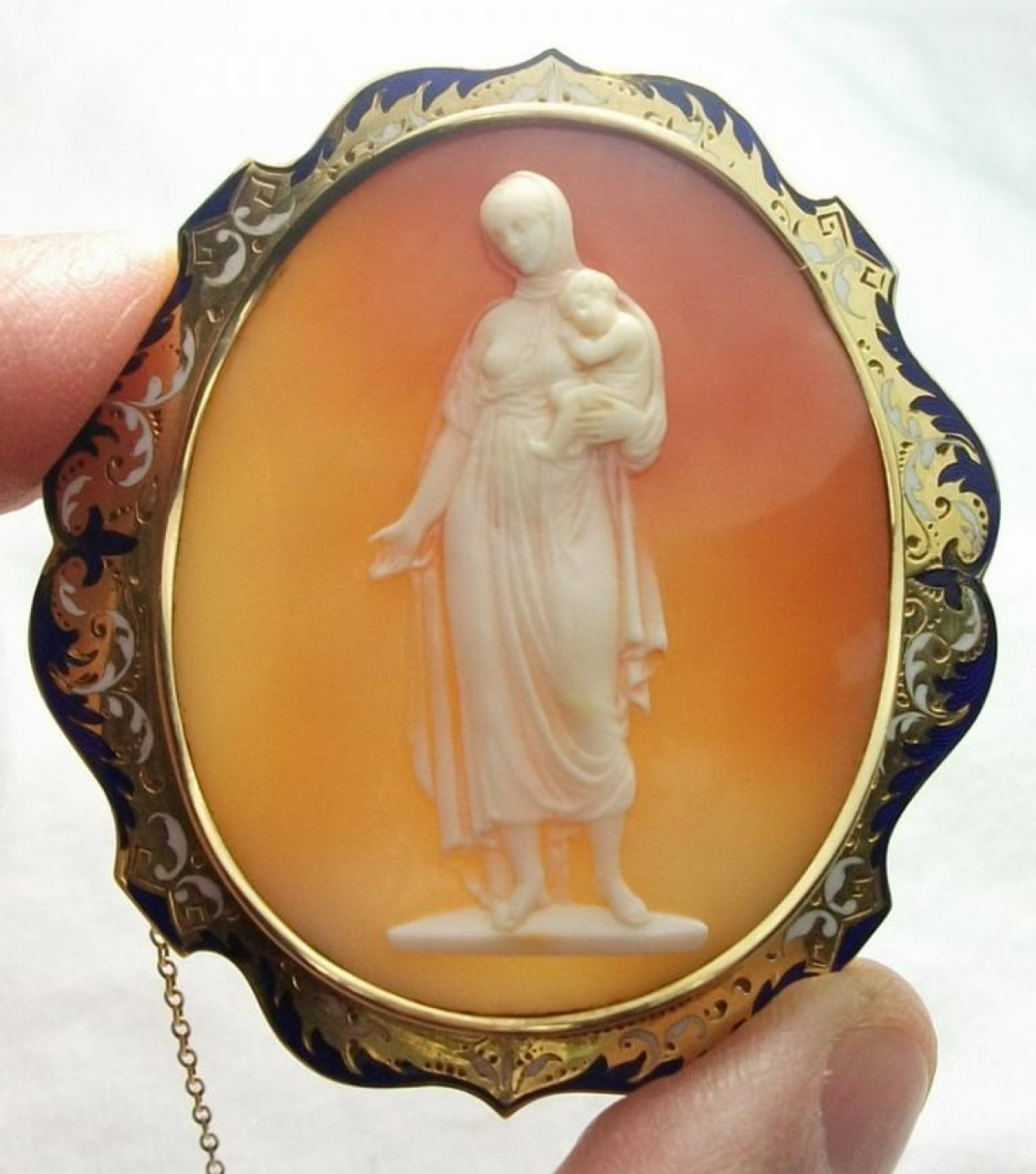 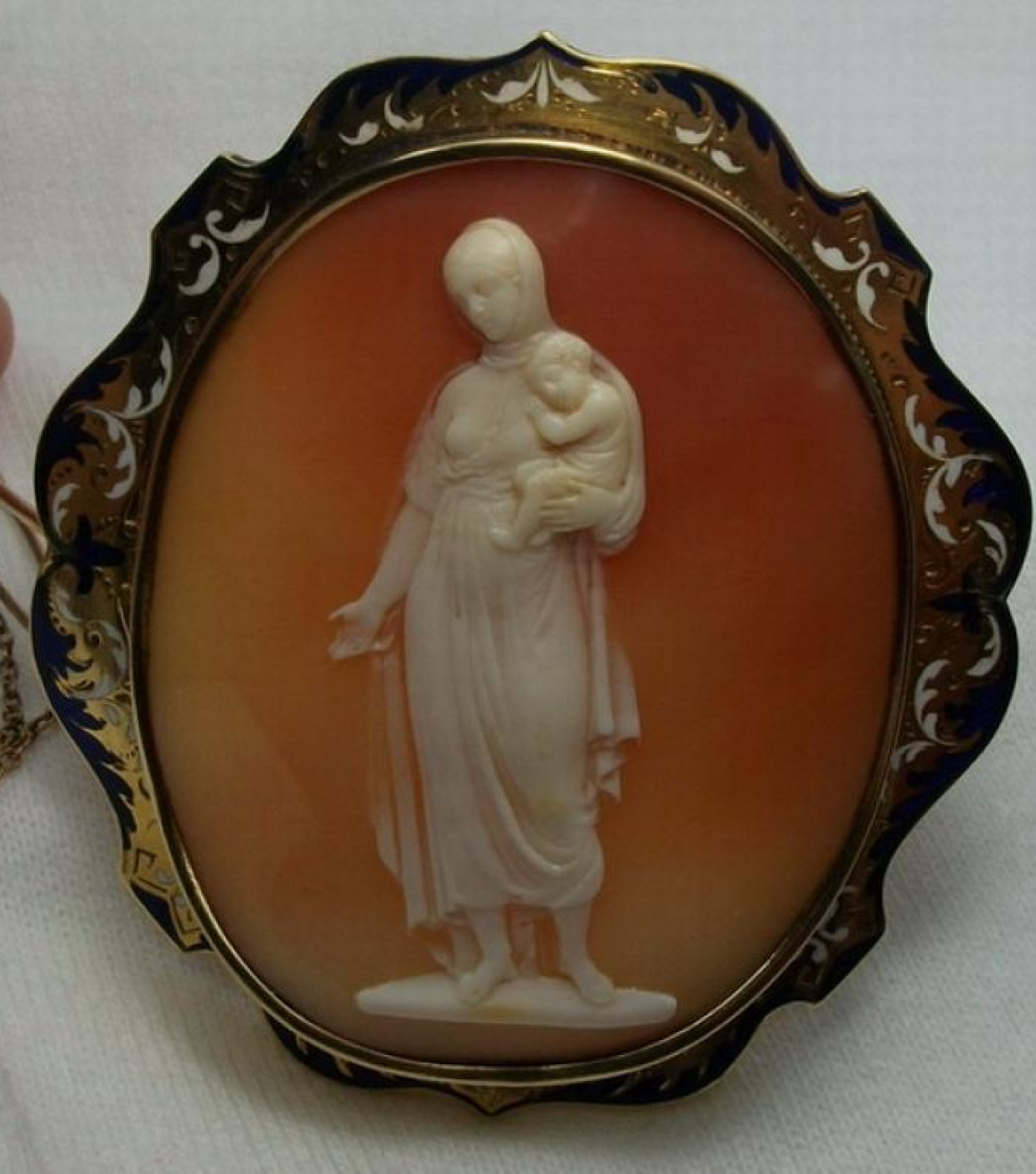 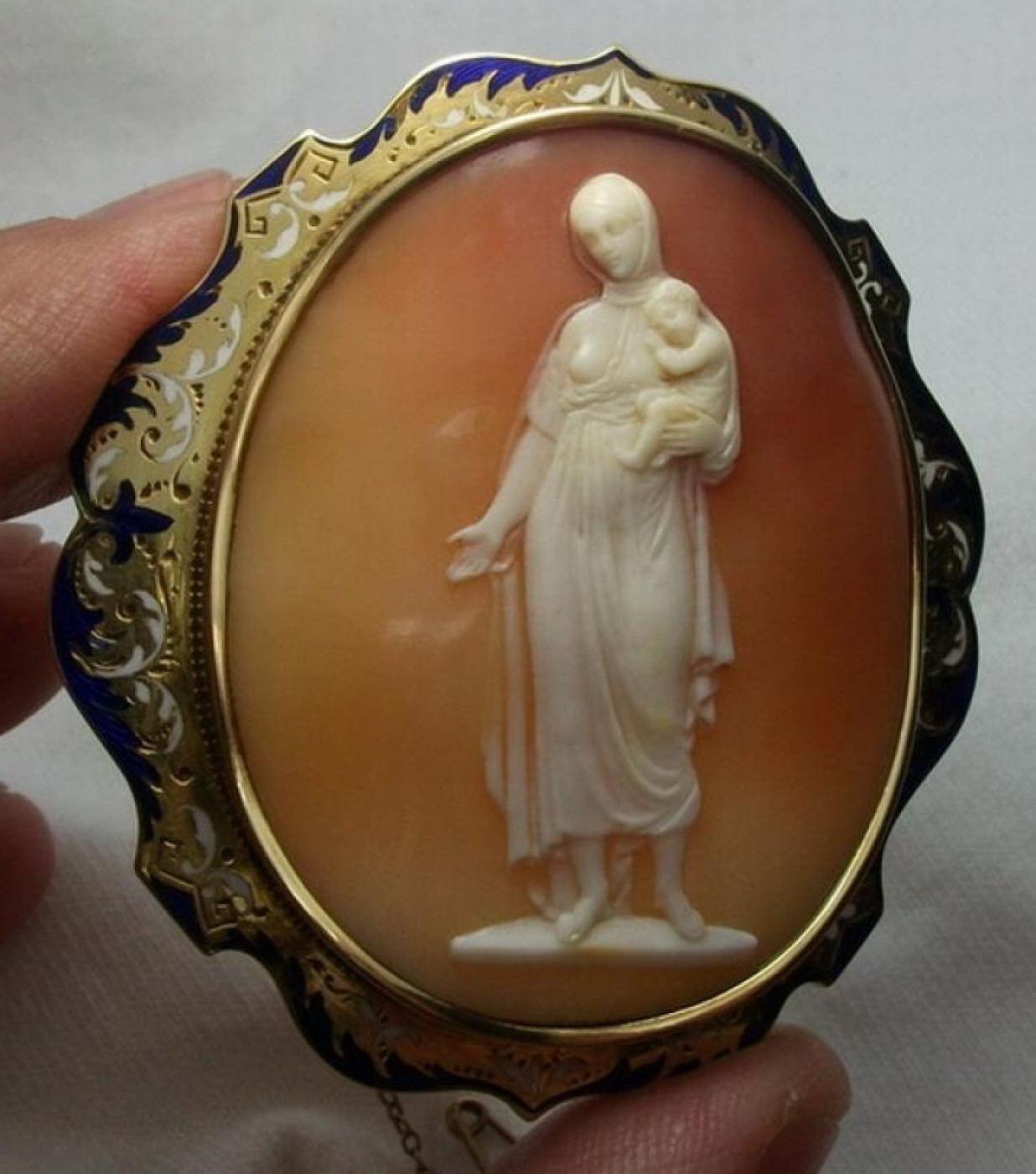 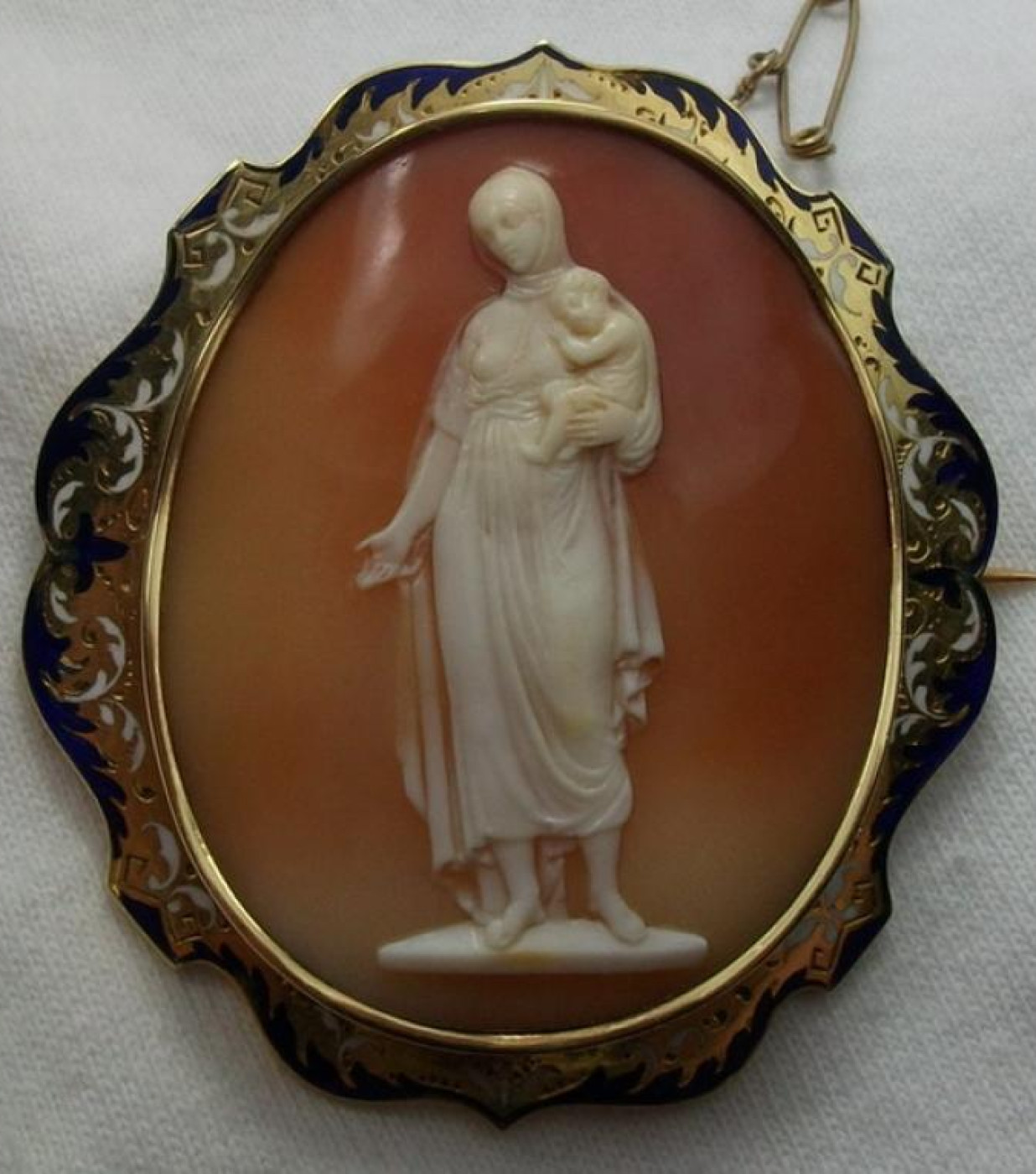 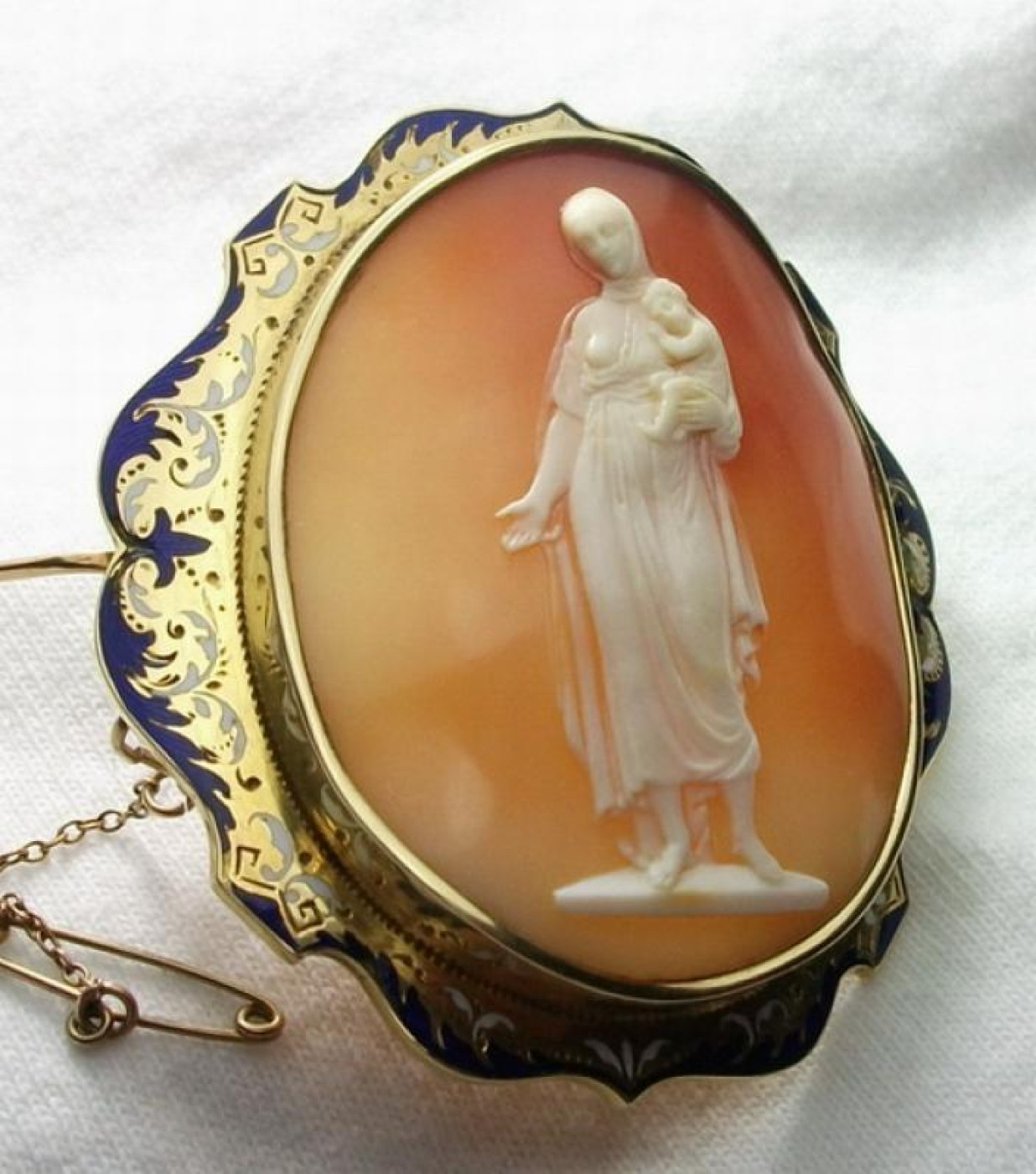 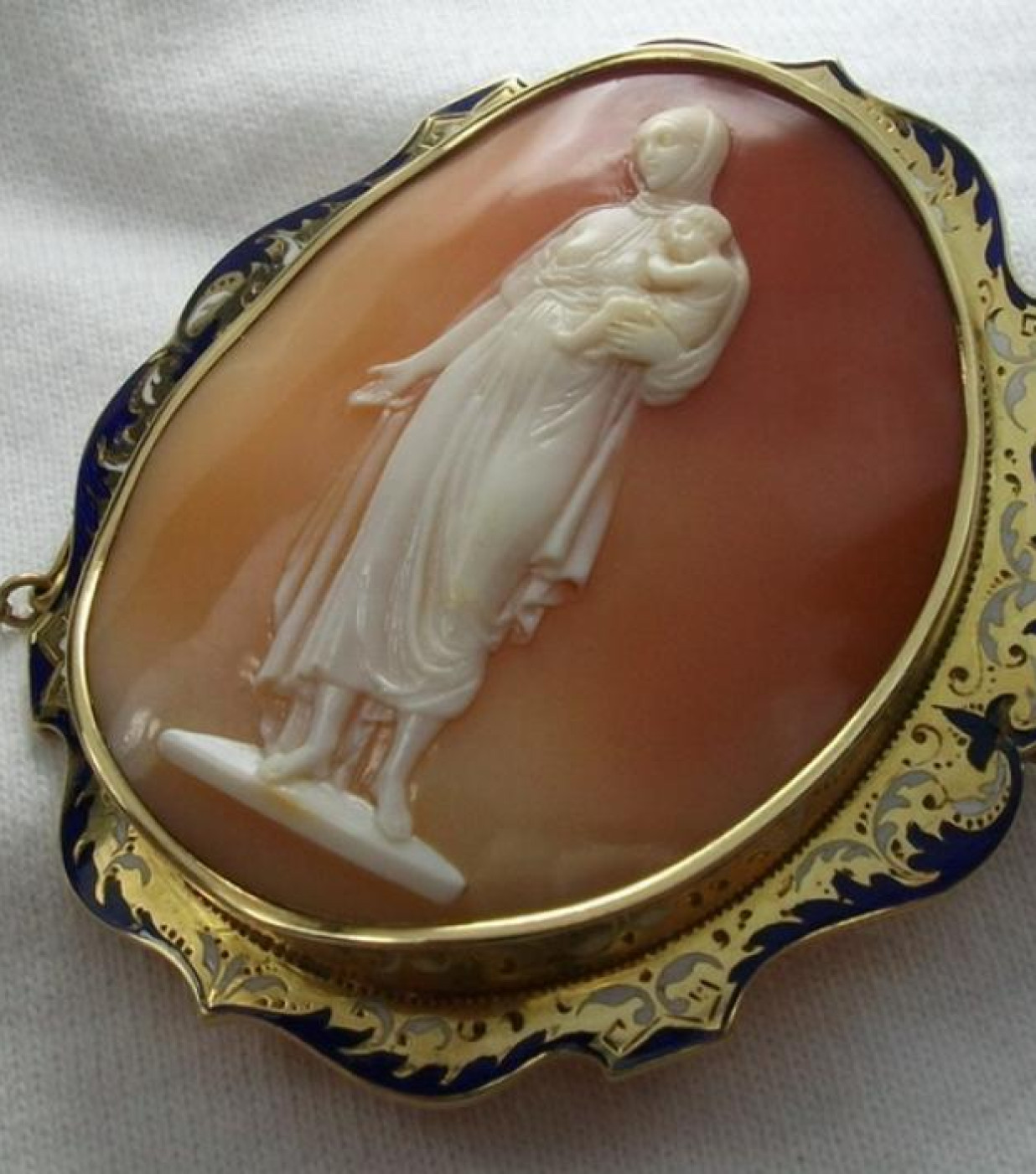 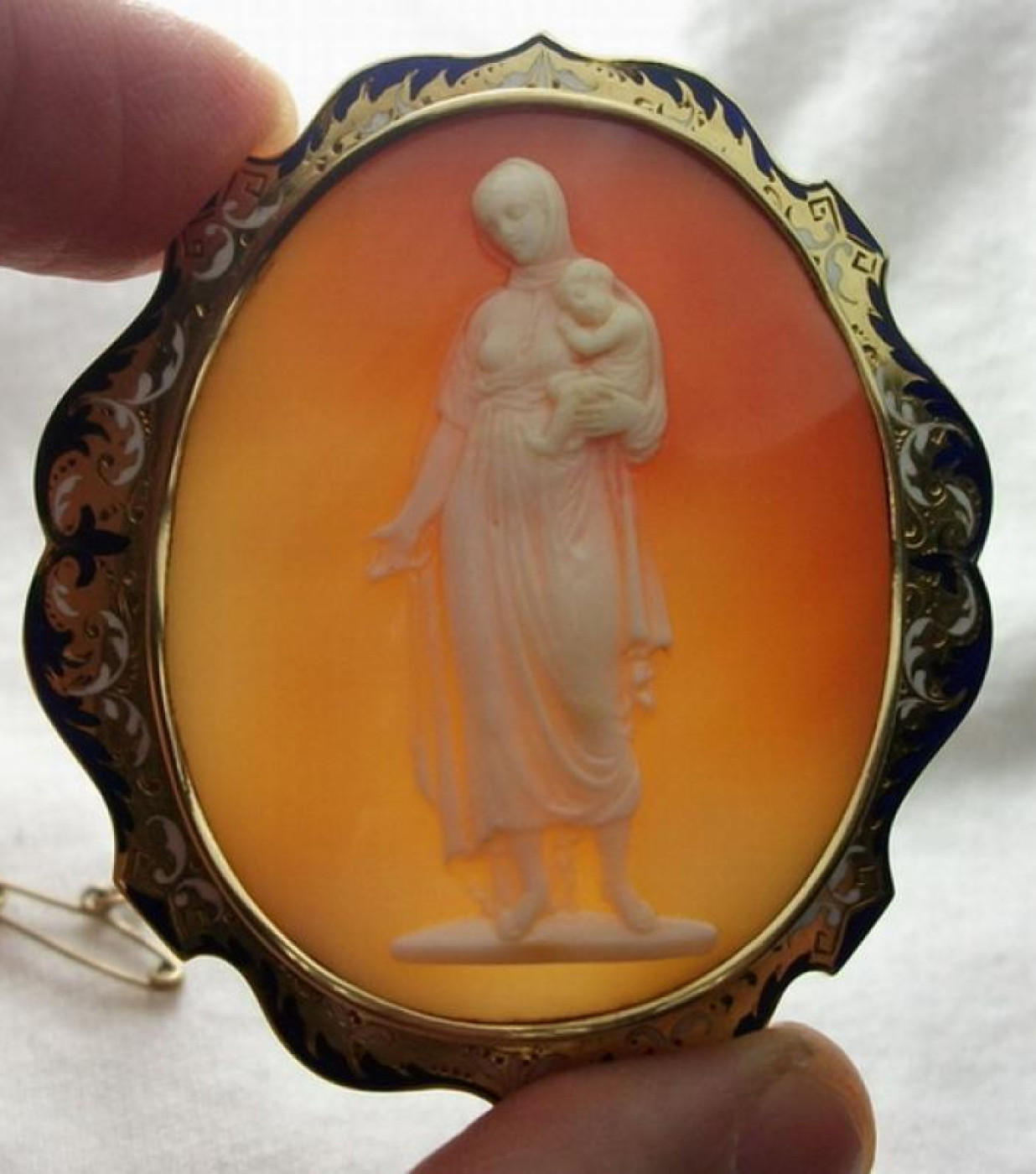 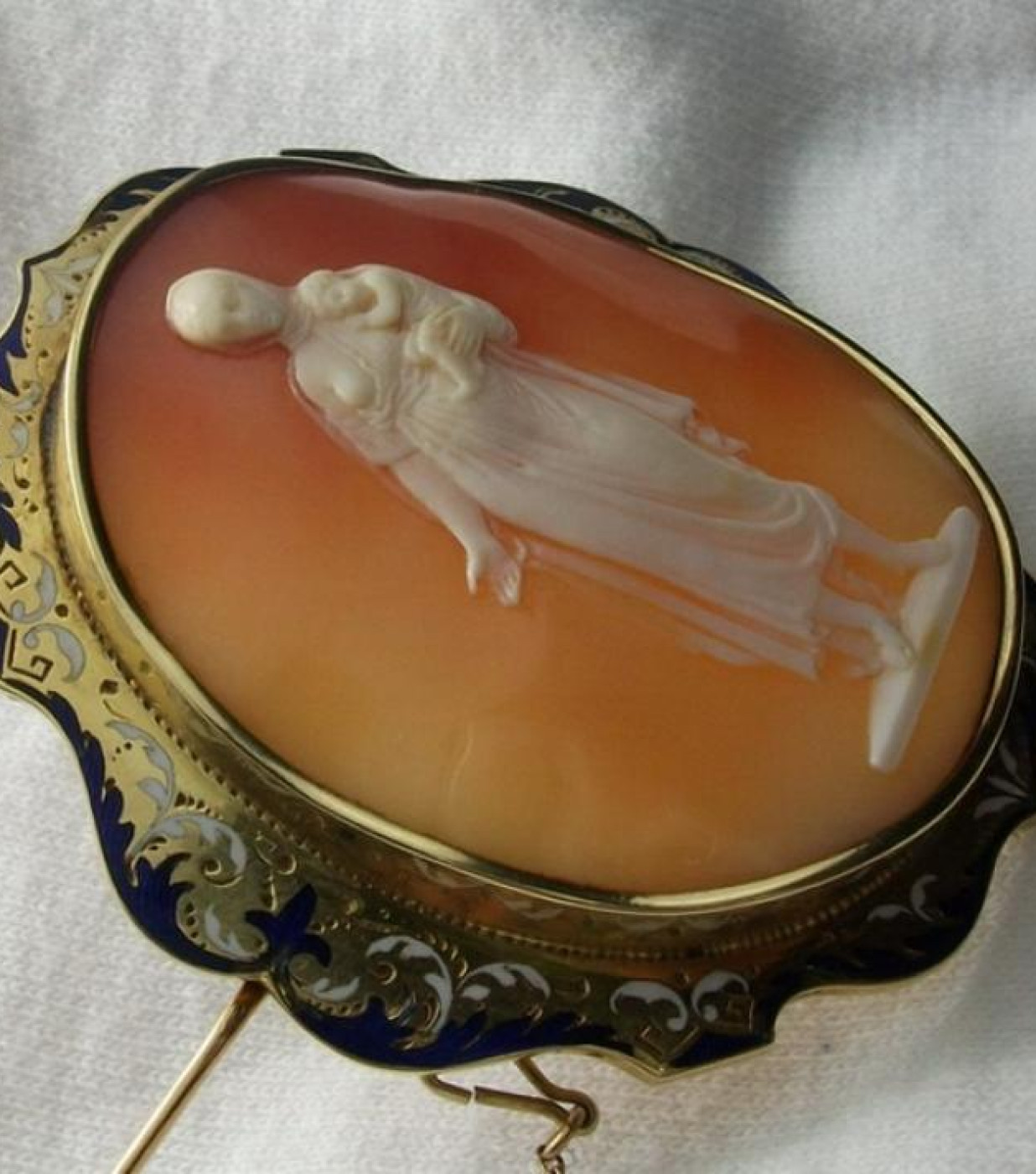 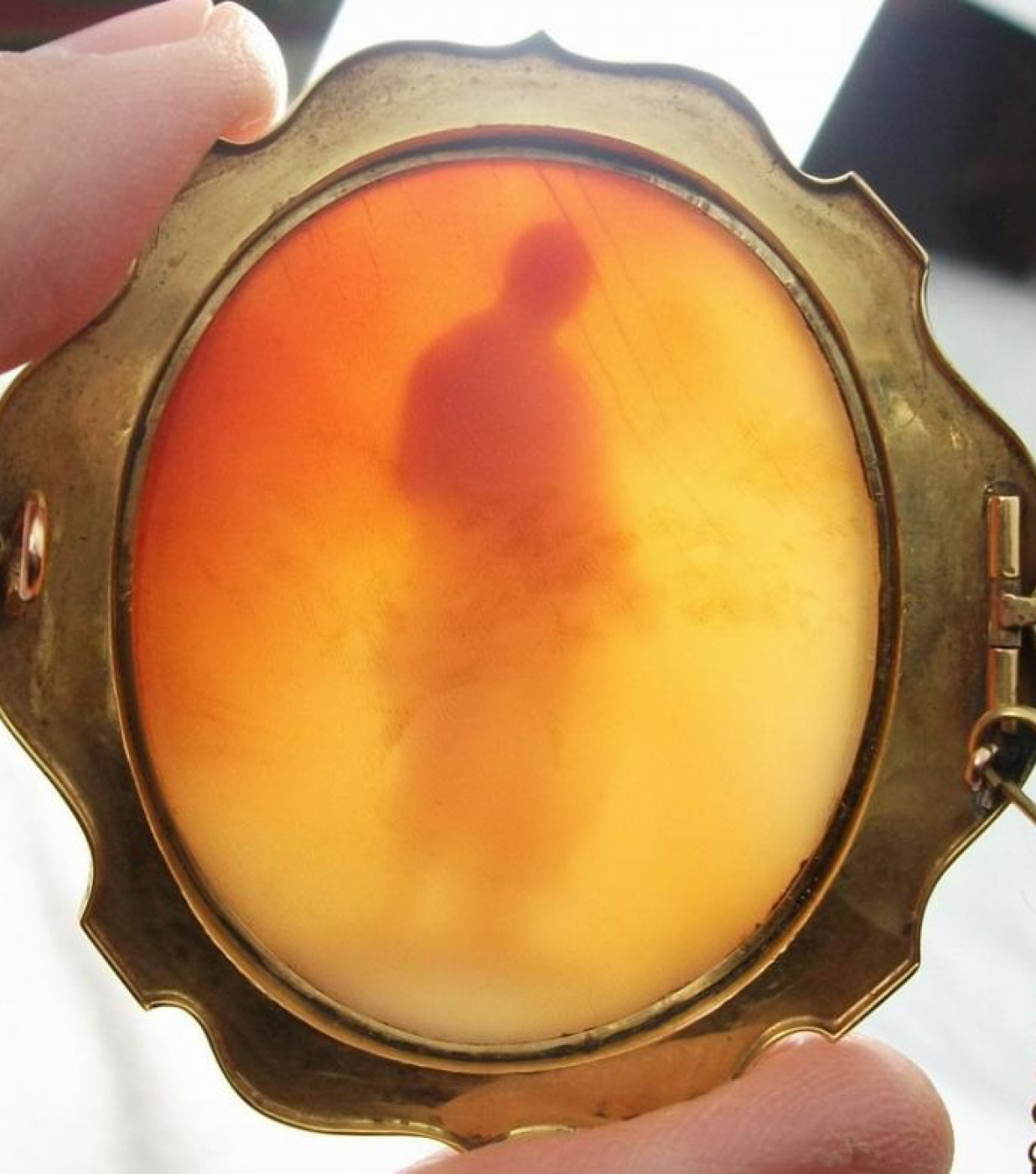 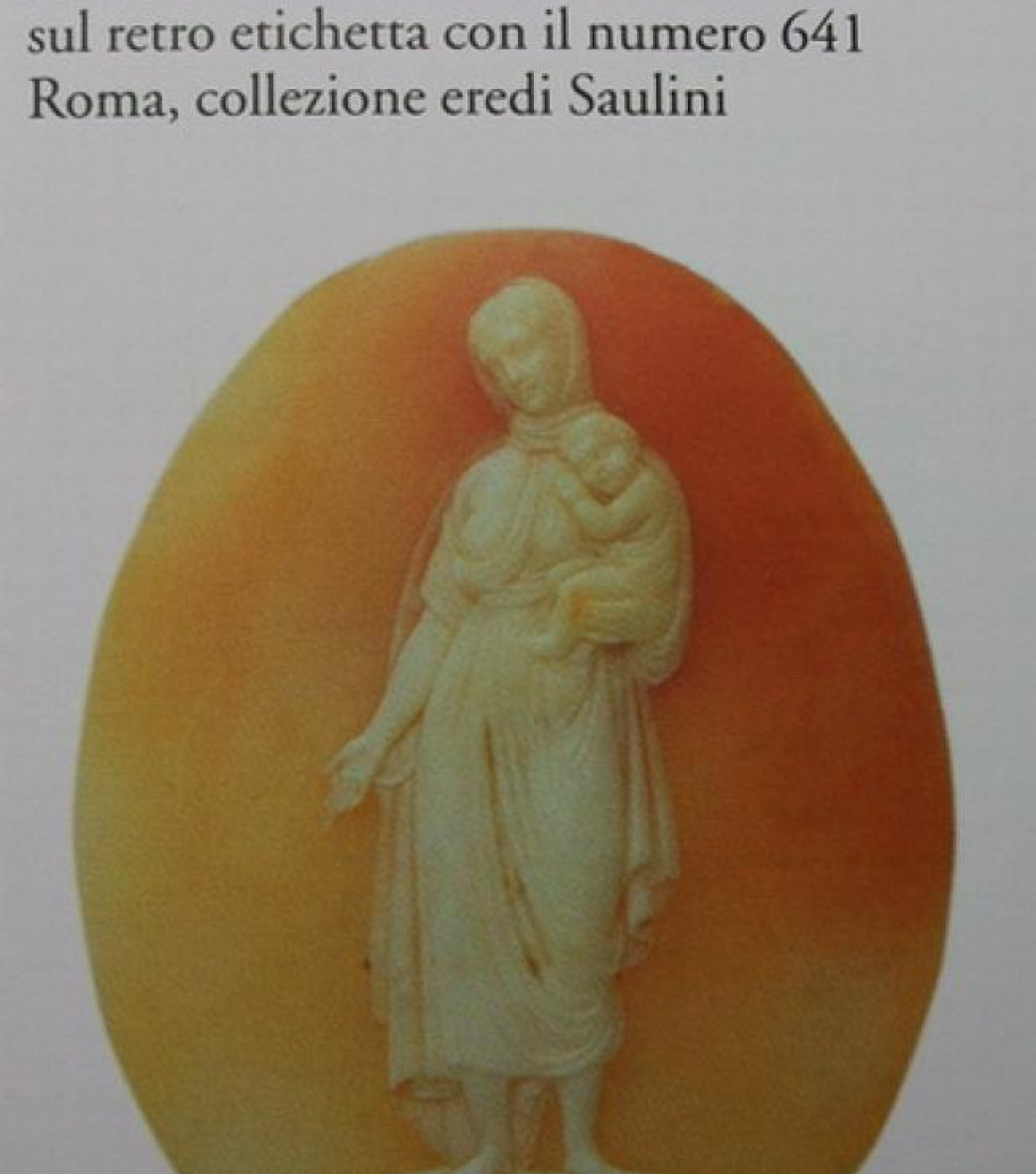 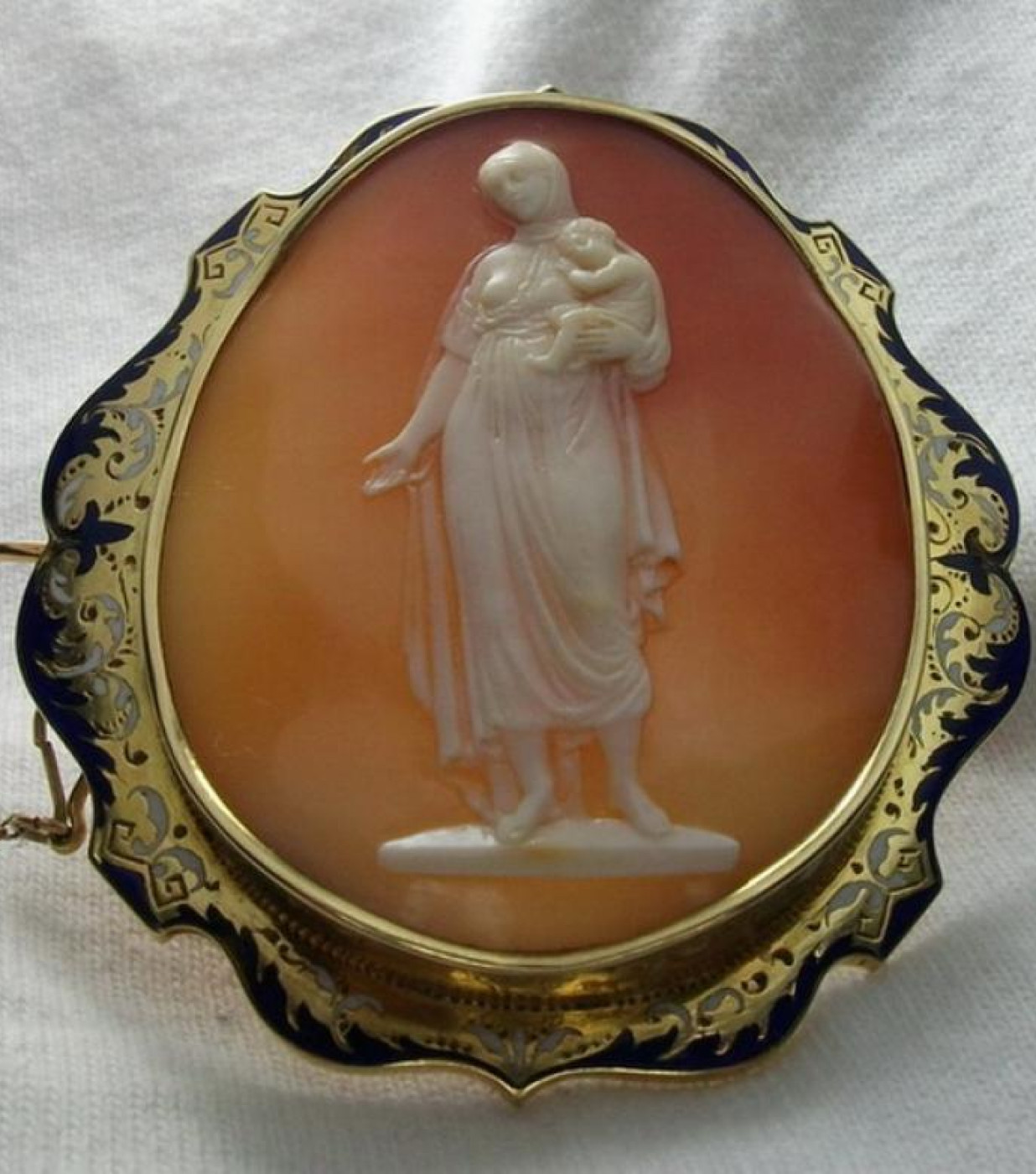 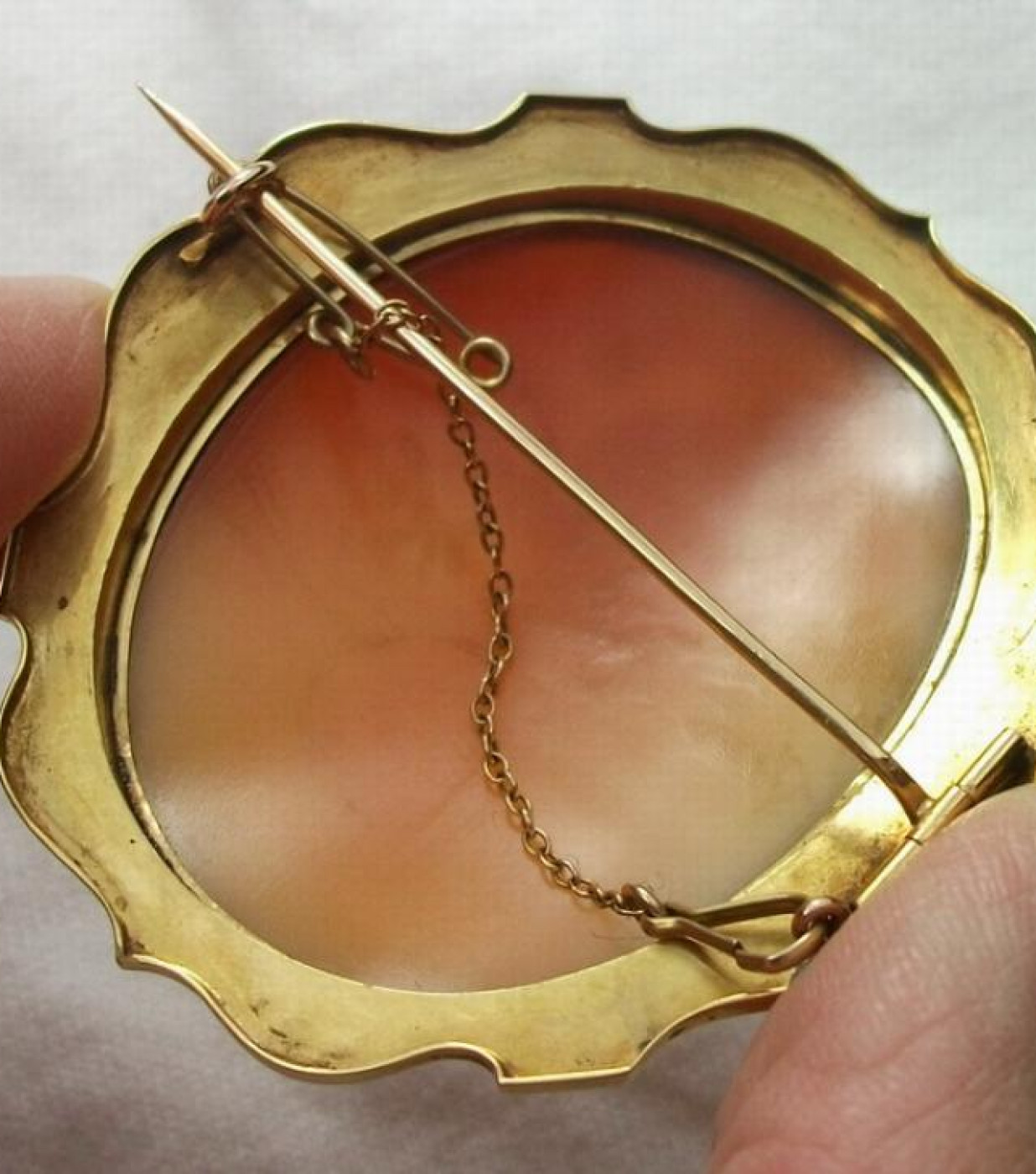 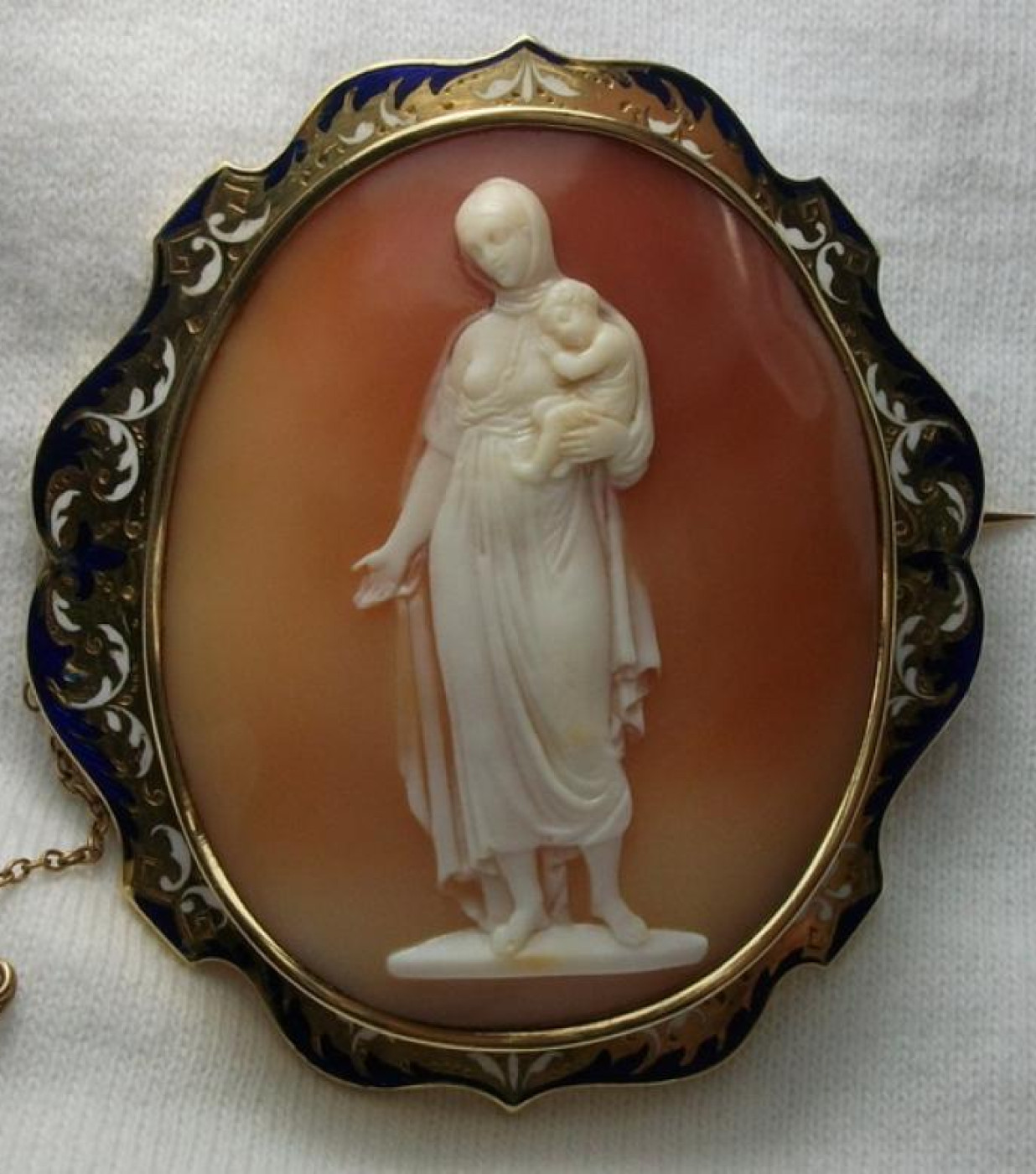 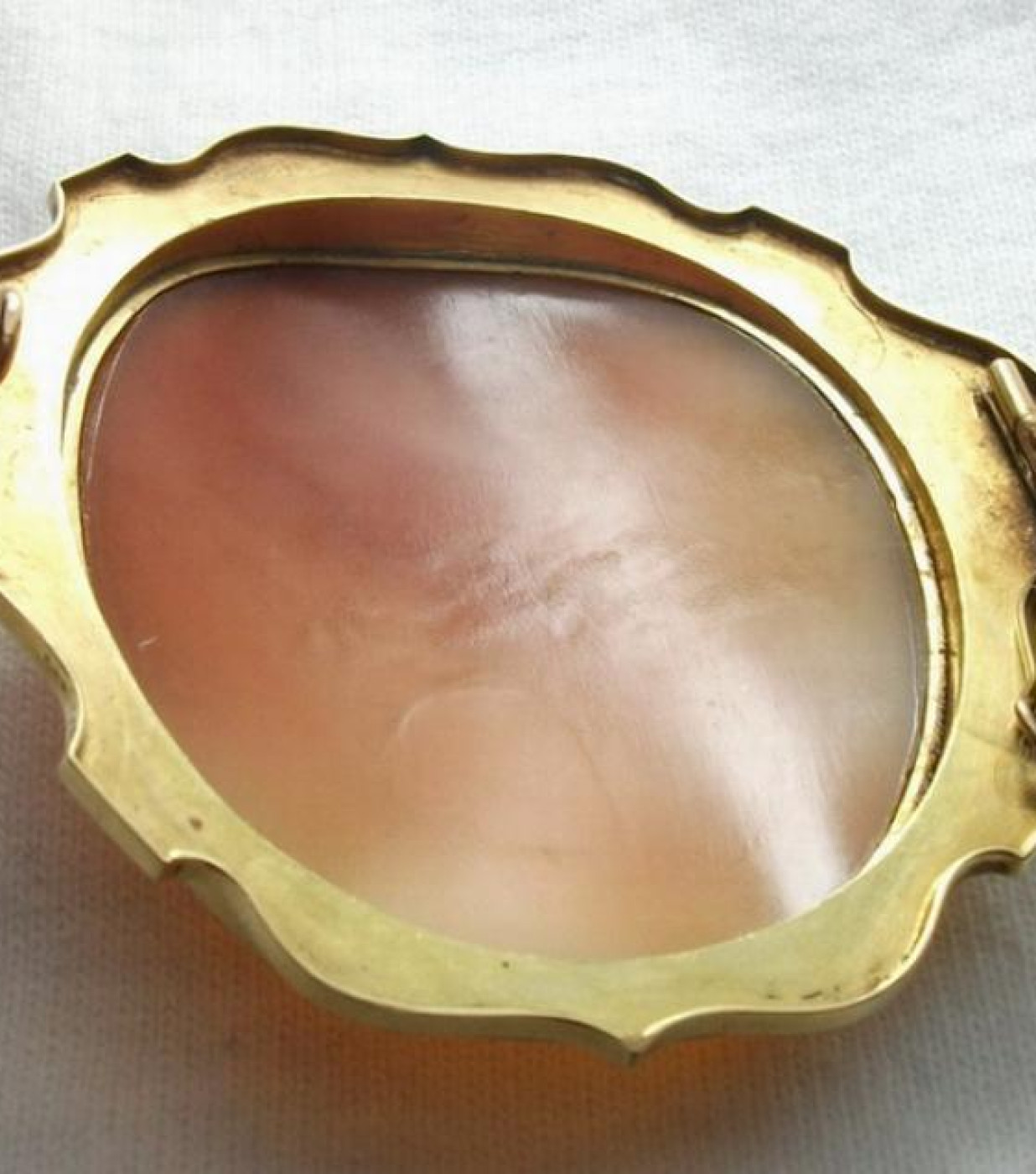 Museum Quality cameo depicting another rarest subject called "the Charity". The same subject is in the Saulini book of cameos, page 98 plate 100. In my opinion this one is at the same high level of that Saulini or even a bit higher so I'm driven to think that it was carved by a great artist or maybe just from one of the carvers of the Saulini studio as you know that many cameos came from that studio but were not signed. In this cameo everything is harmonic, the proportions are just made as they should be. The carving is more than superb and enough relieved from the background. This one is surely from an antique sculpture or painting but I'm still trying to find which is. The expression on the face of the woman is really sweet like the one on the child's face. Her naked breast symbolizes that she has only it to offer to her child to feed him and for this reason she's asking for charity. There is also a hidden sensuality in this cameo, look at how her dress is a little transparent and lets see a bit her perfect carved body. This makes the subject being less dramatic. This cameo moves me deeply, along its beauty it makes me think to the good and bad of the life. A real artwork surrounded by a gorgeous frame.  Pictures, even if beautiful,  really don't give any justice to this wonderful piece and to its carving. As always each cameo on this site is much better seen in person.