The Allegory of the Day and Night 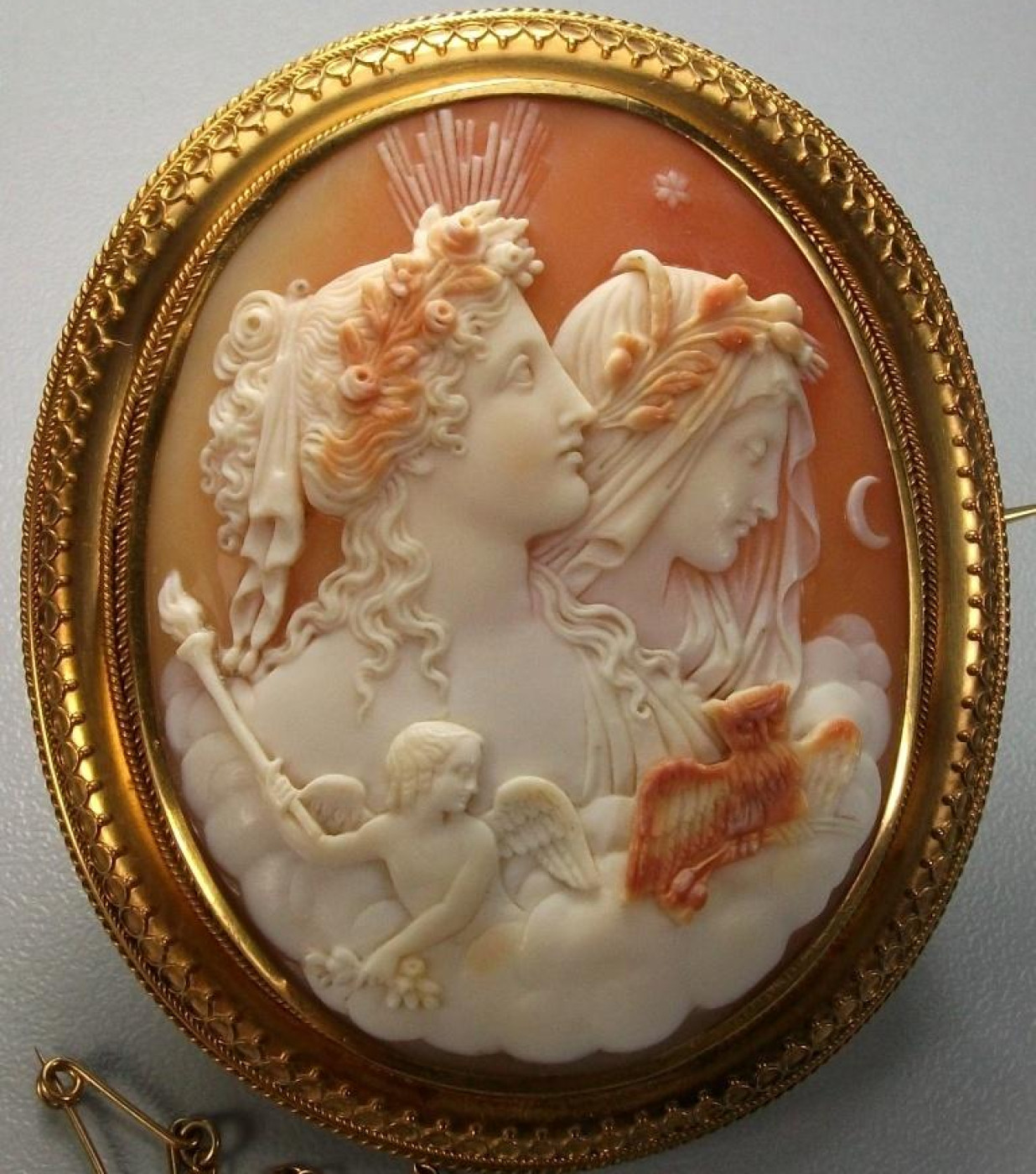 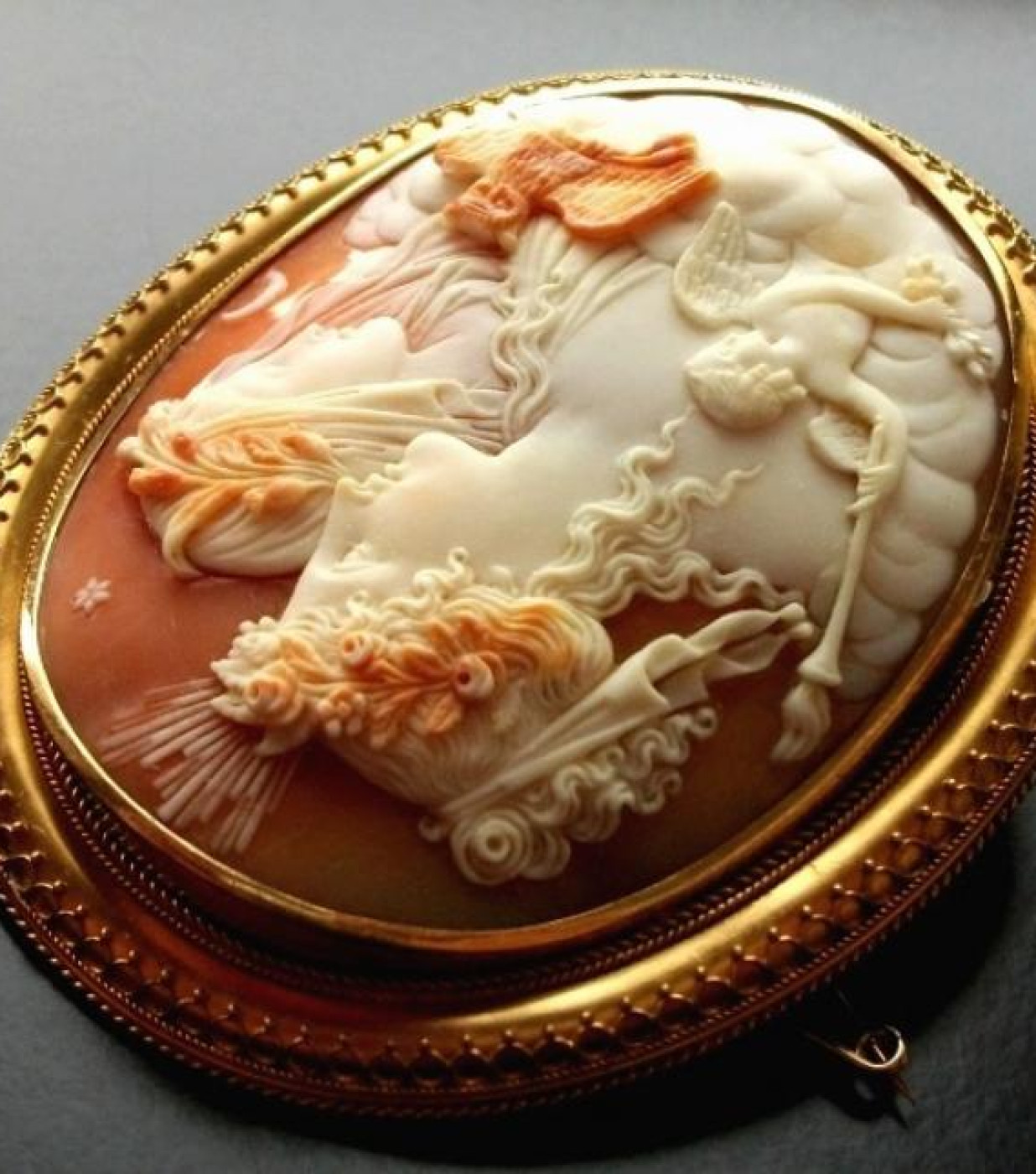 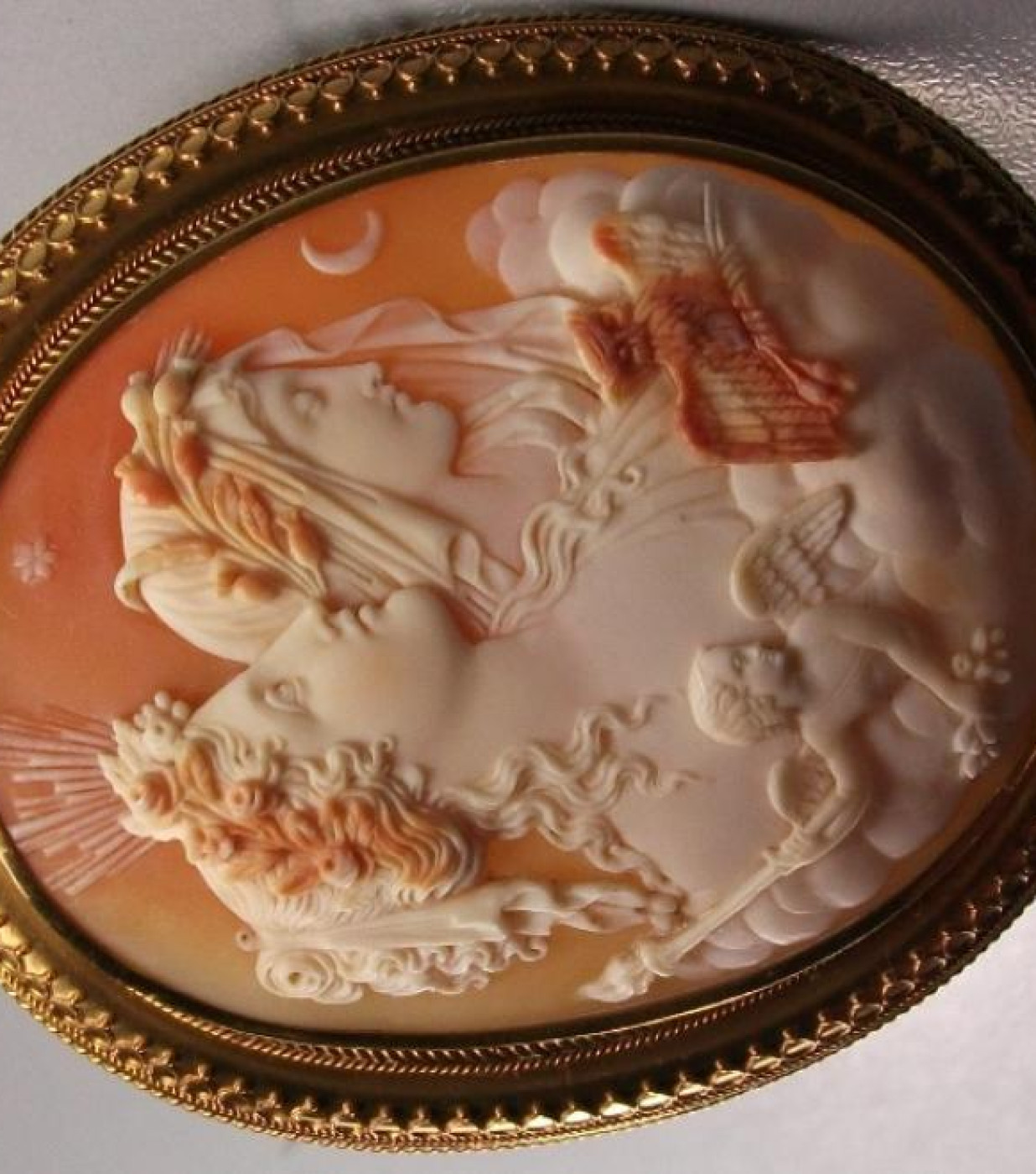 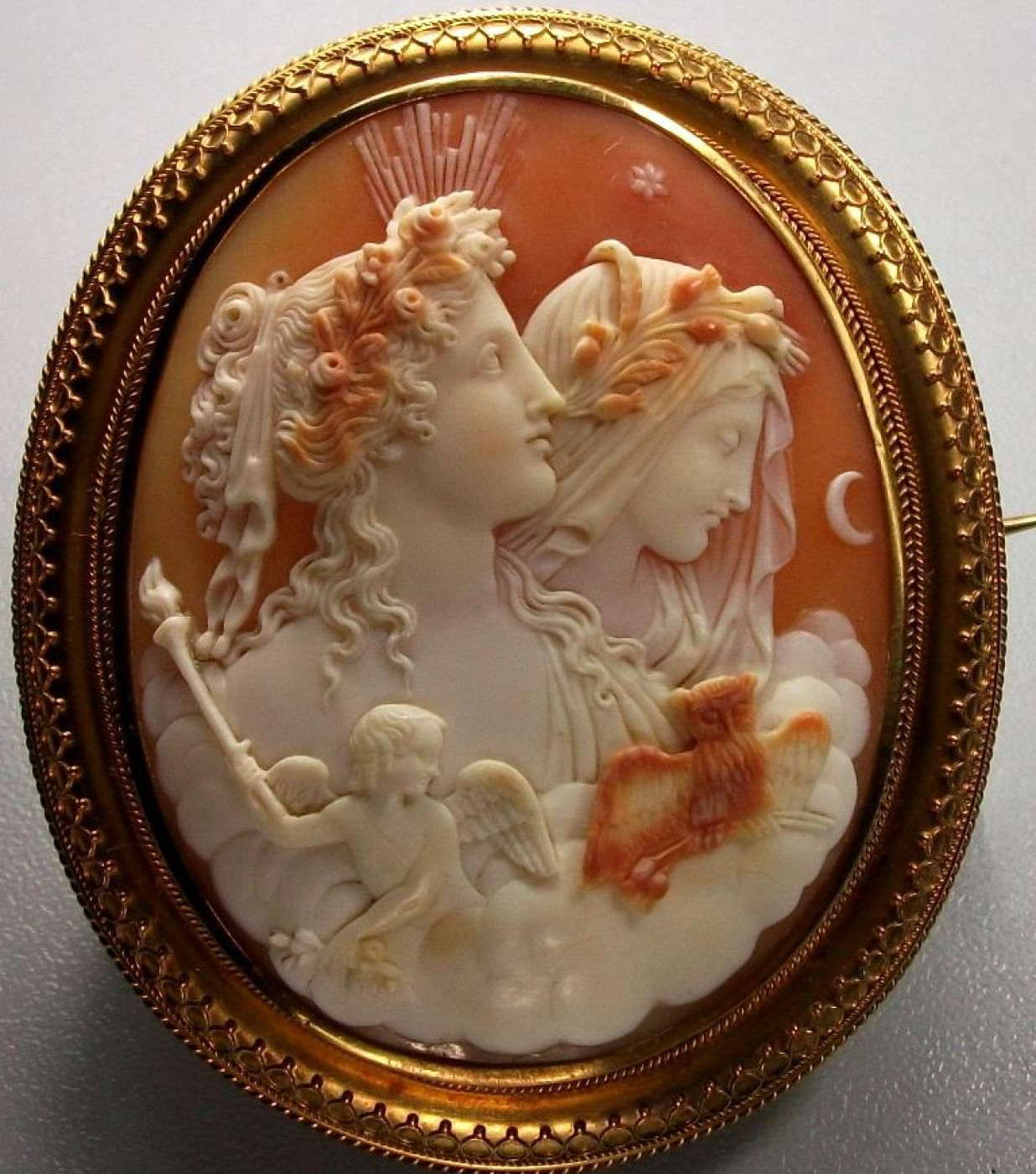 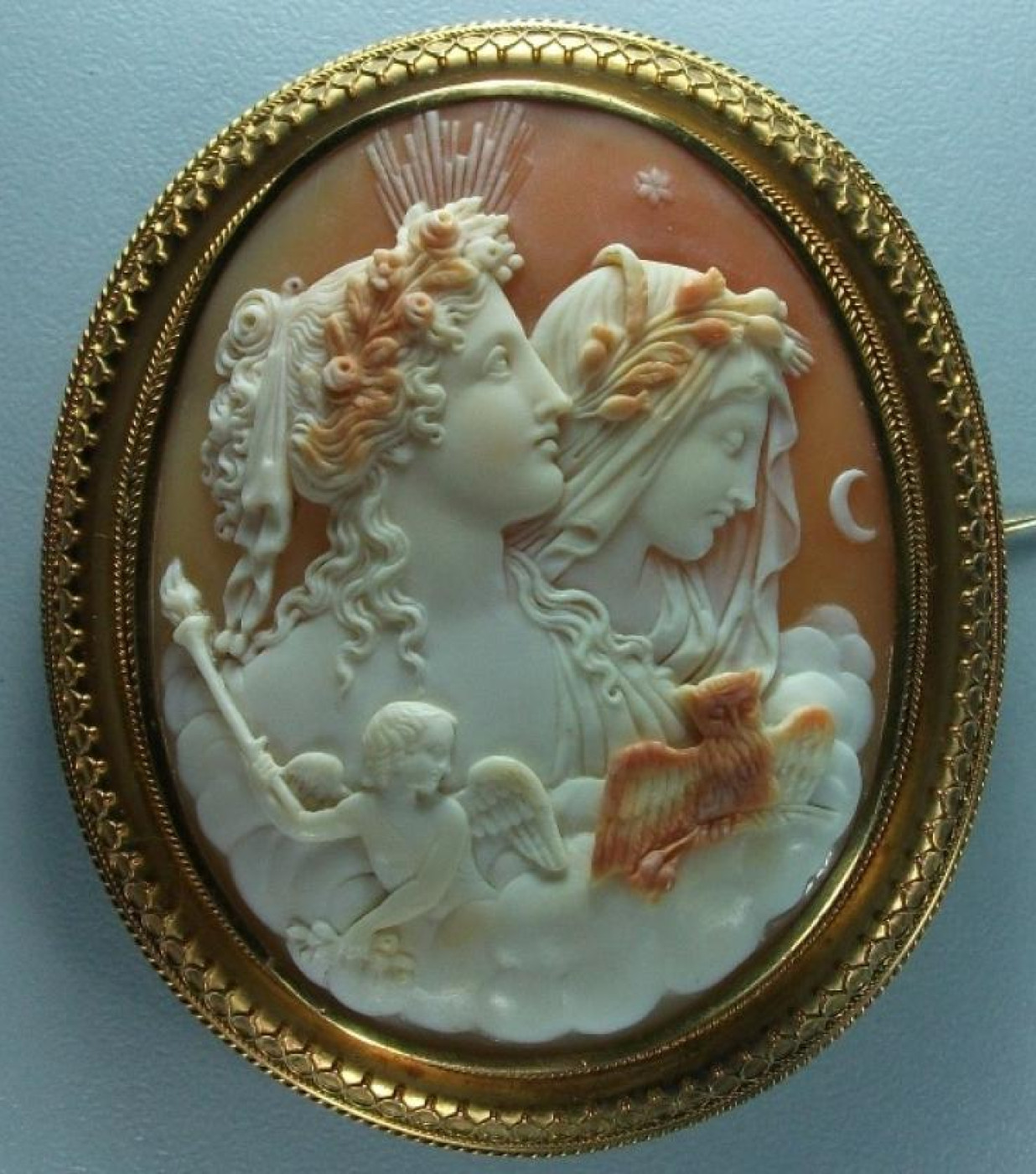 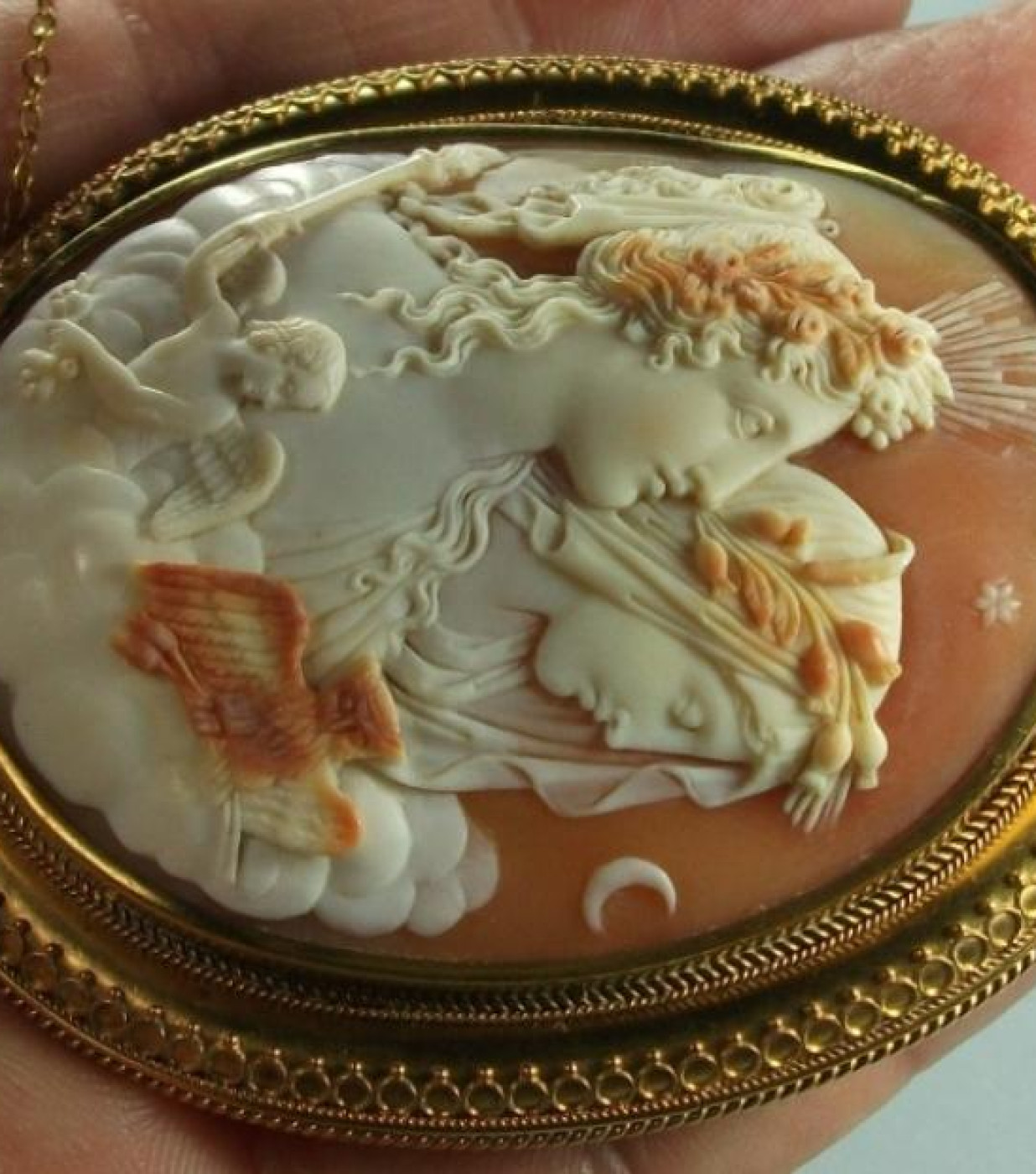 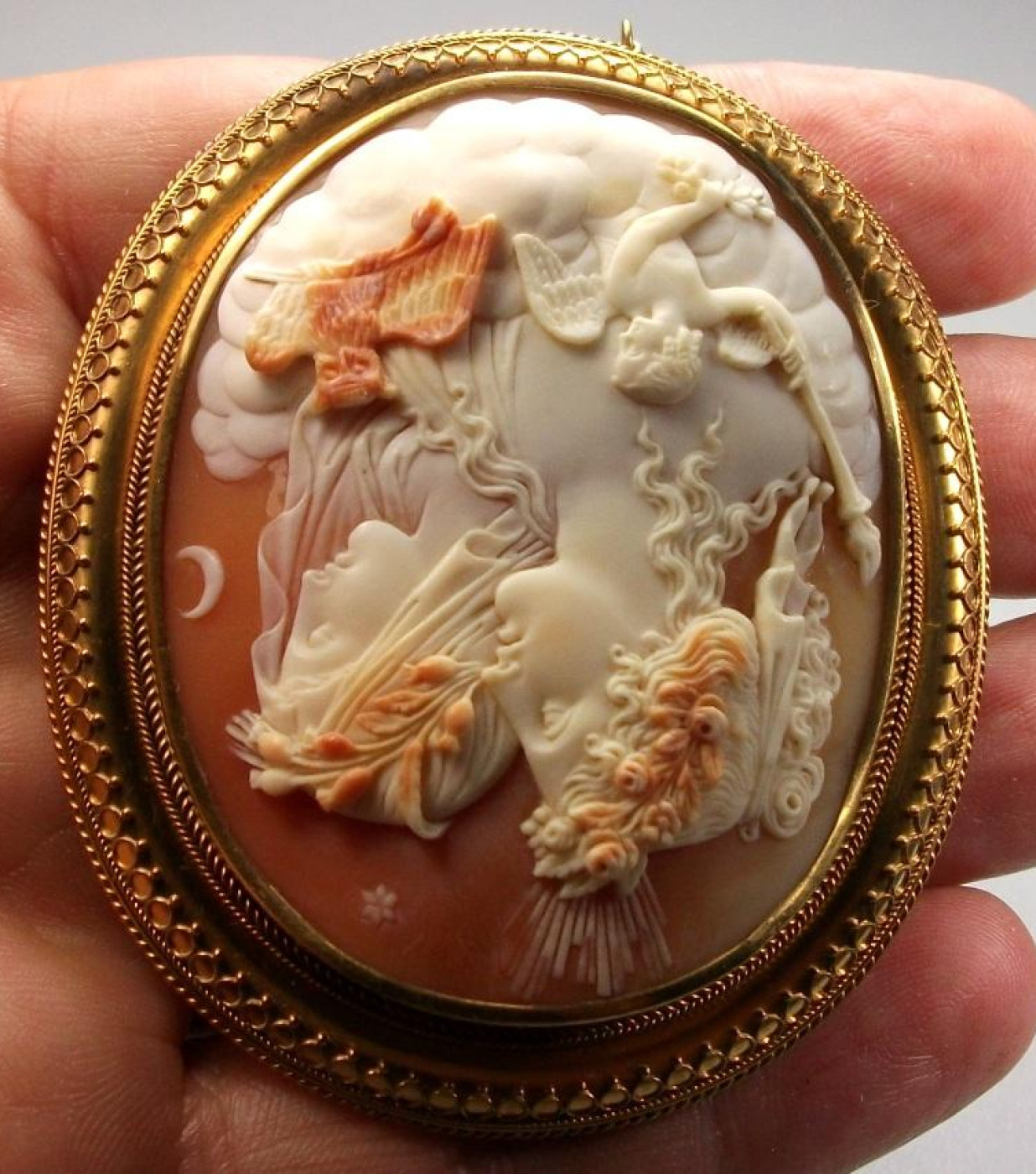 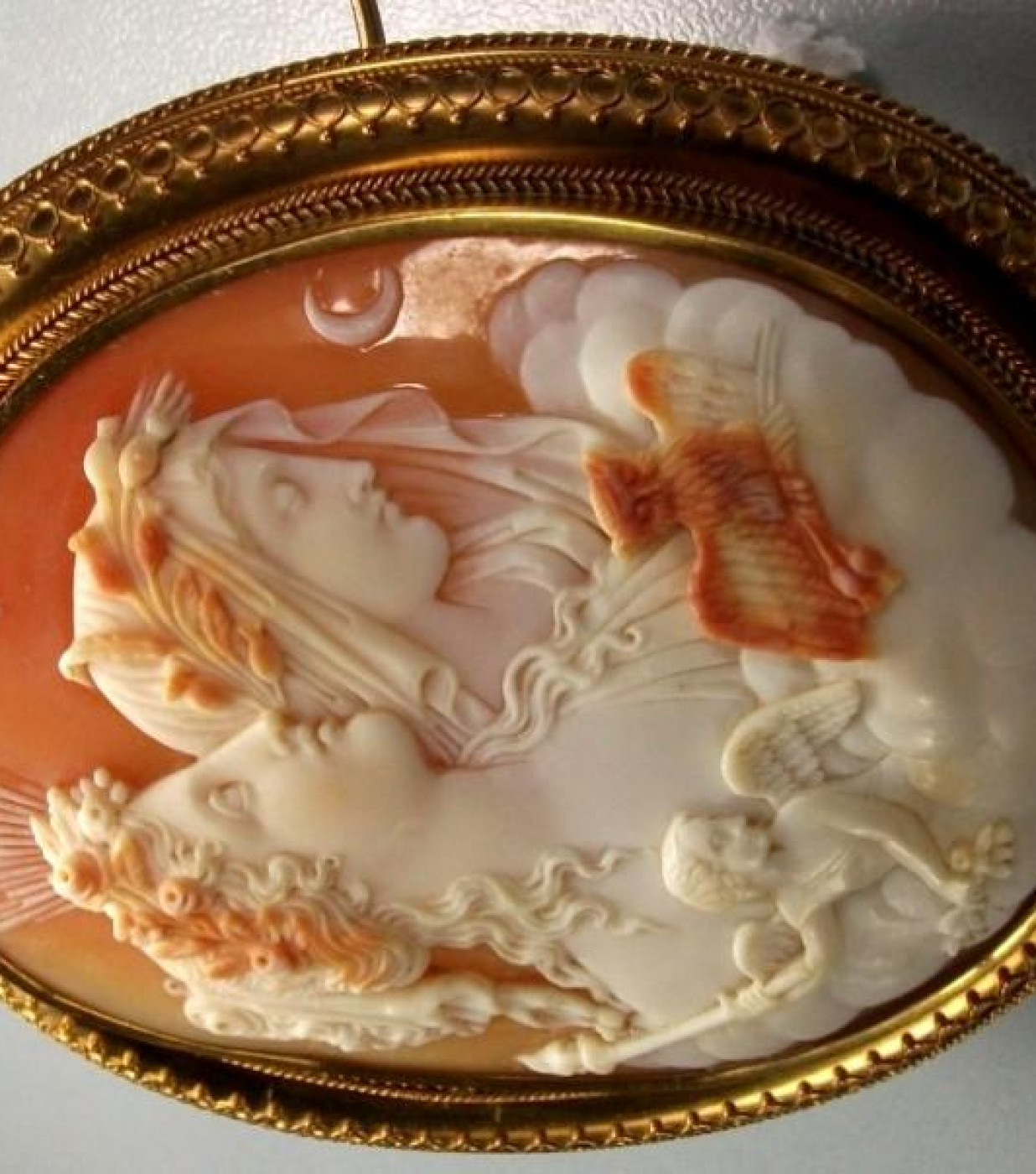 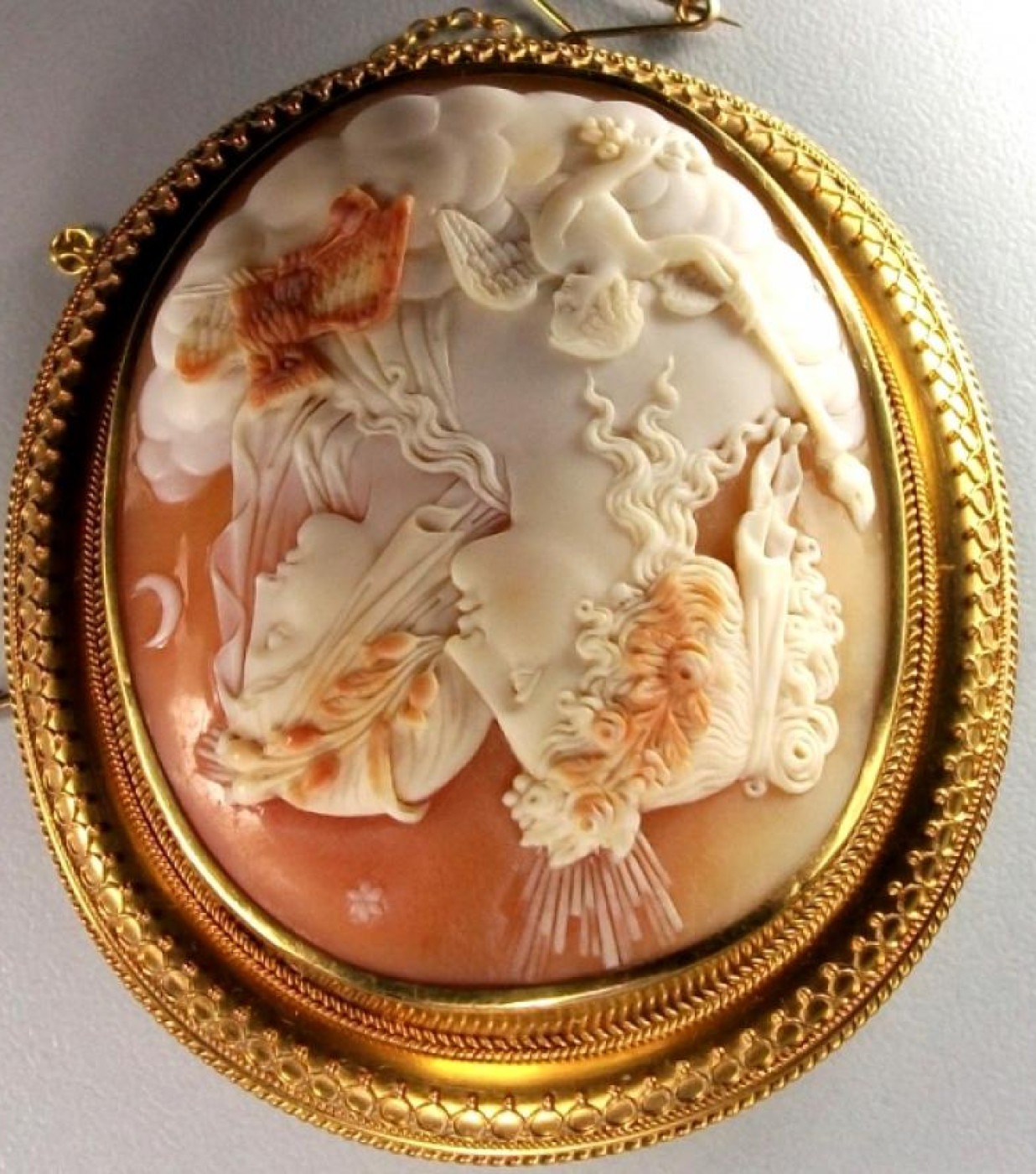 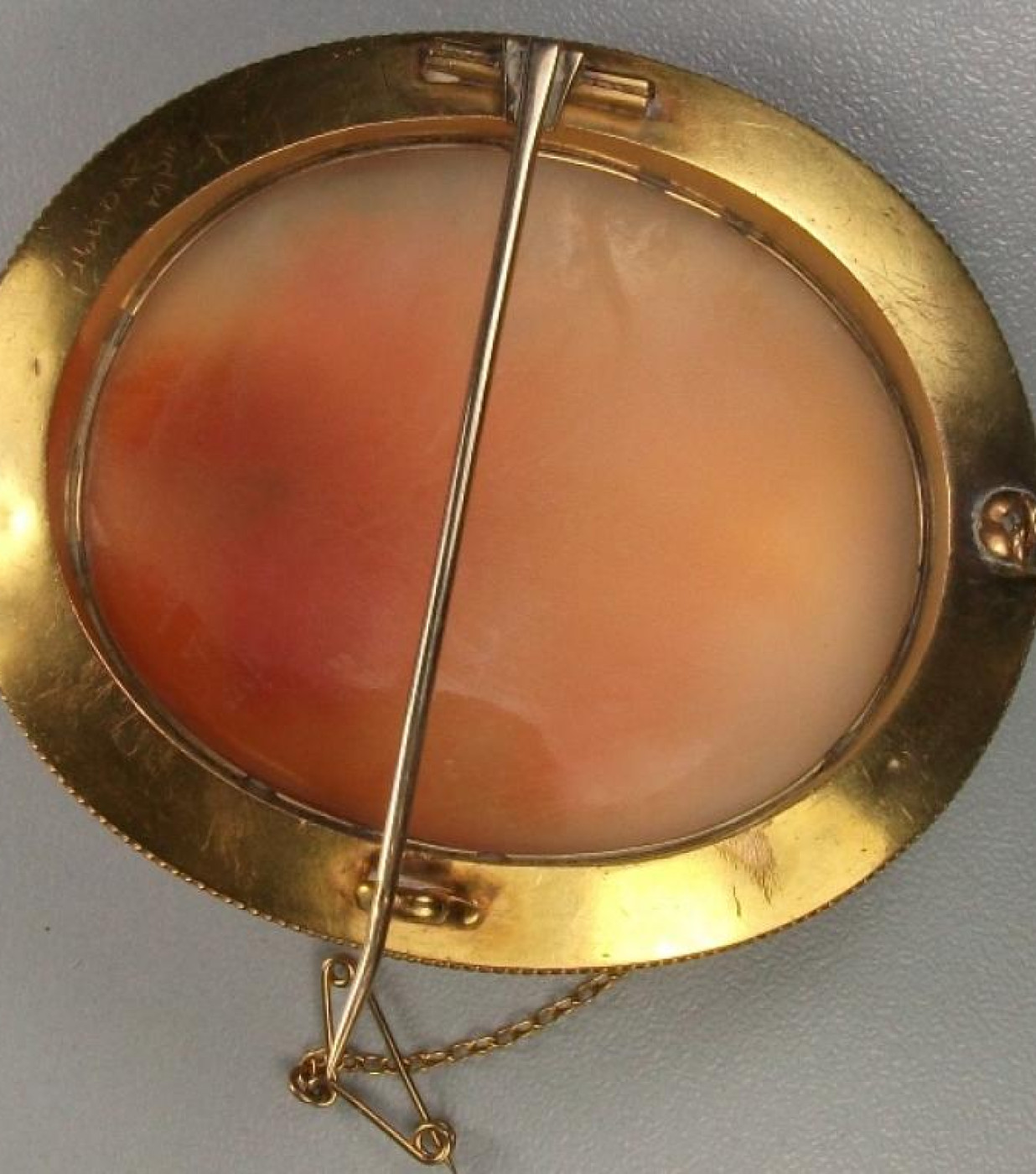 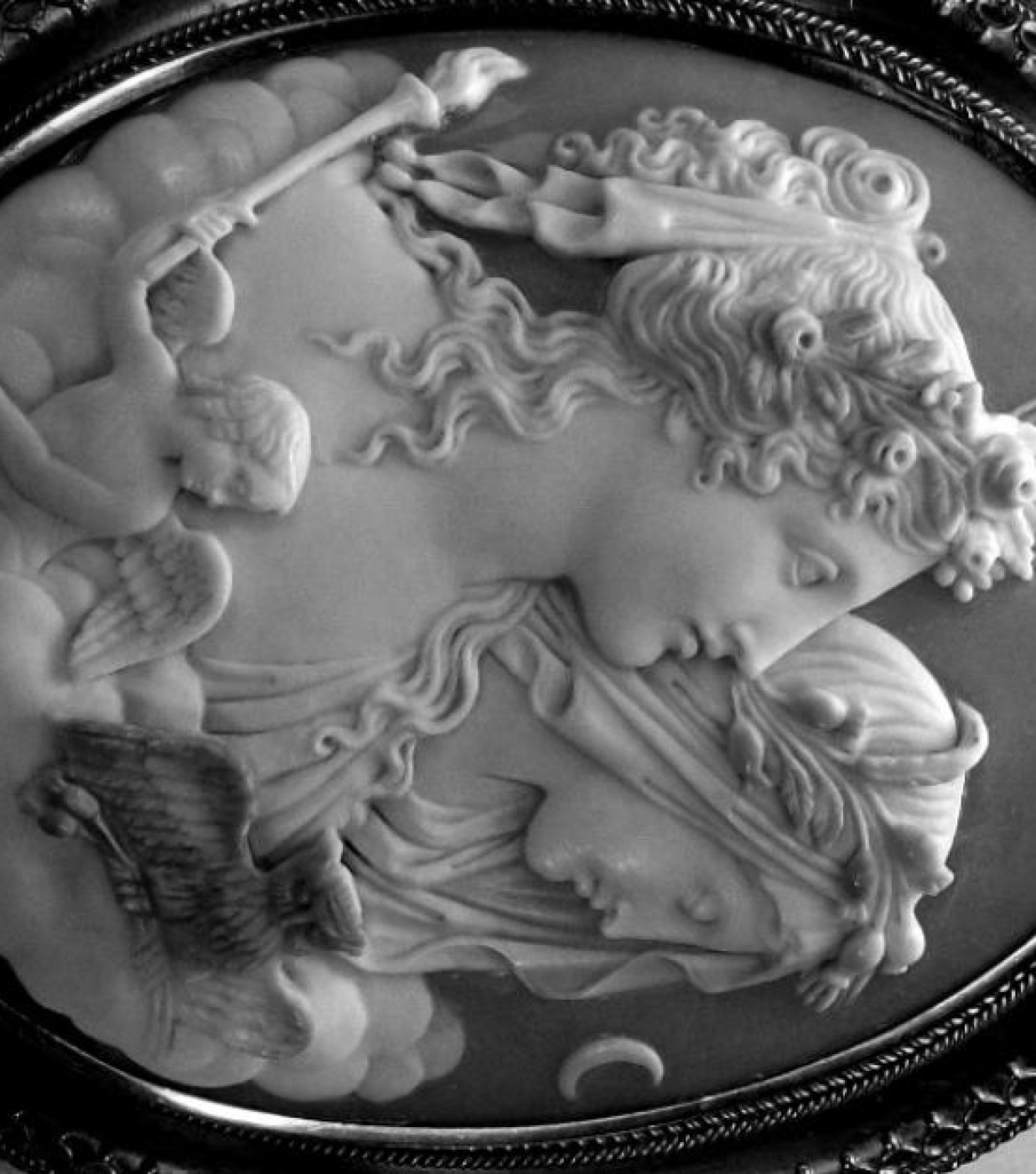 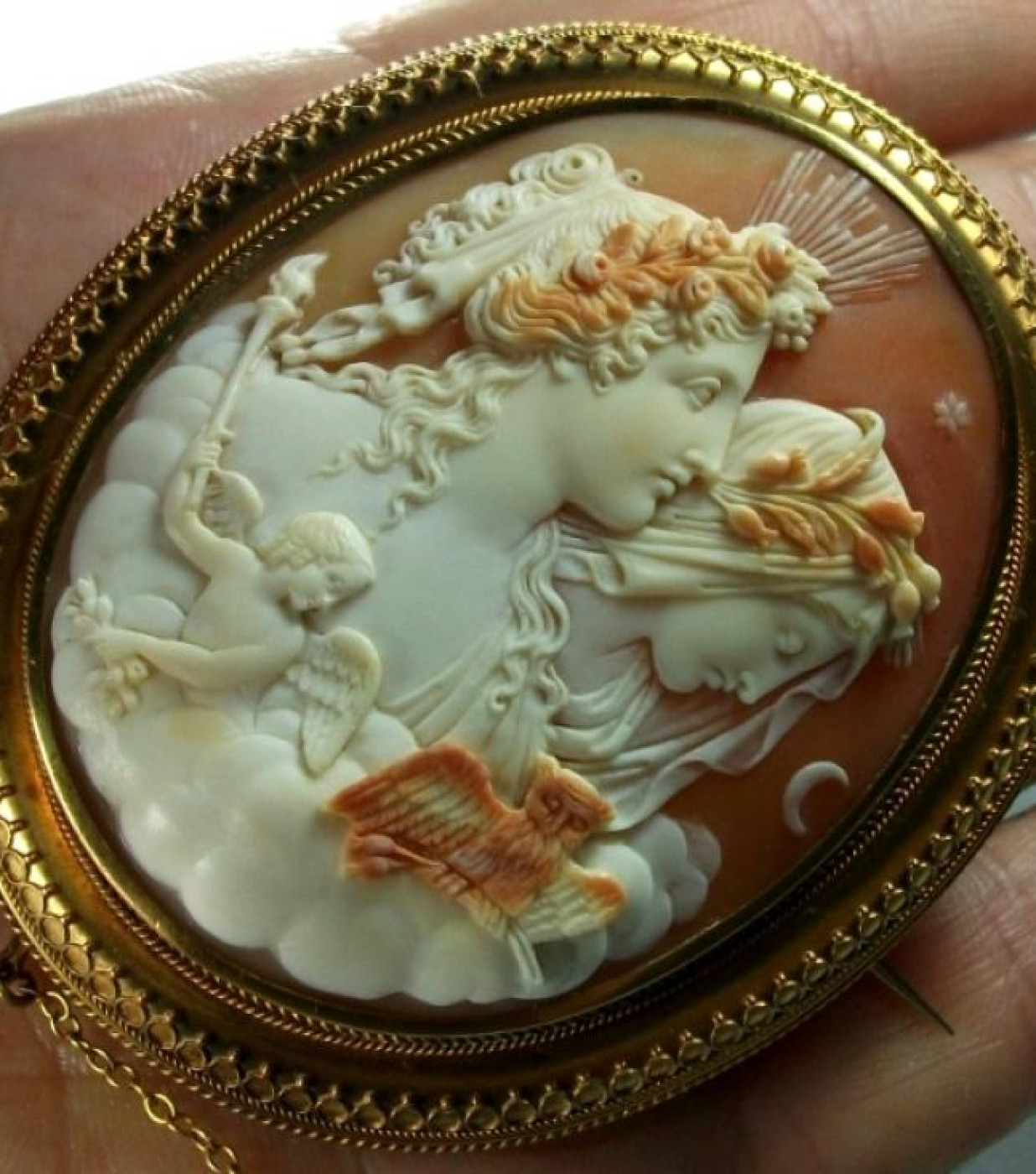 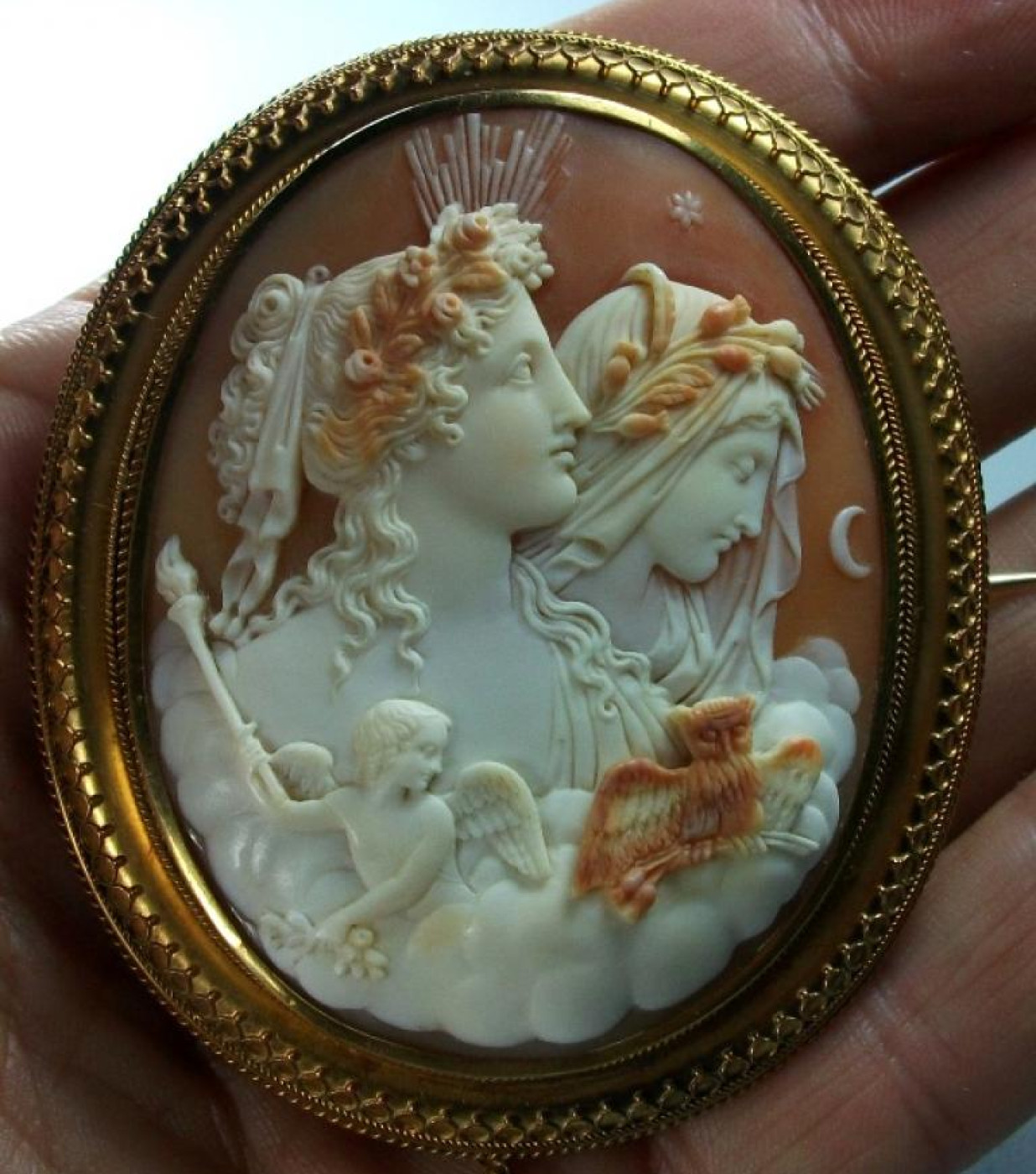 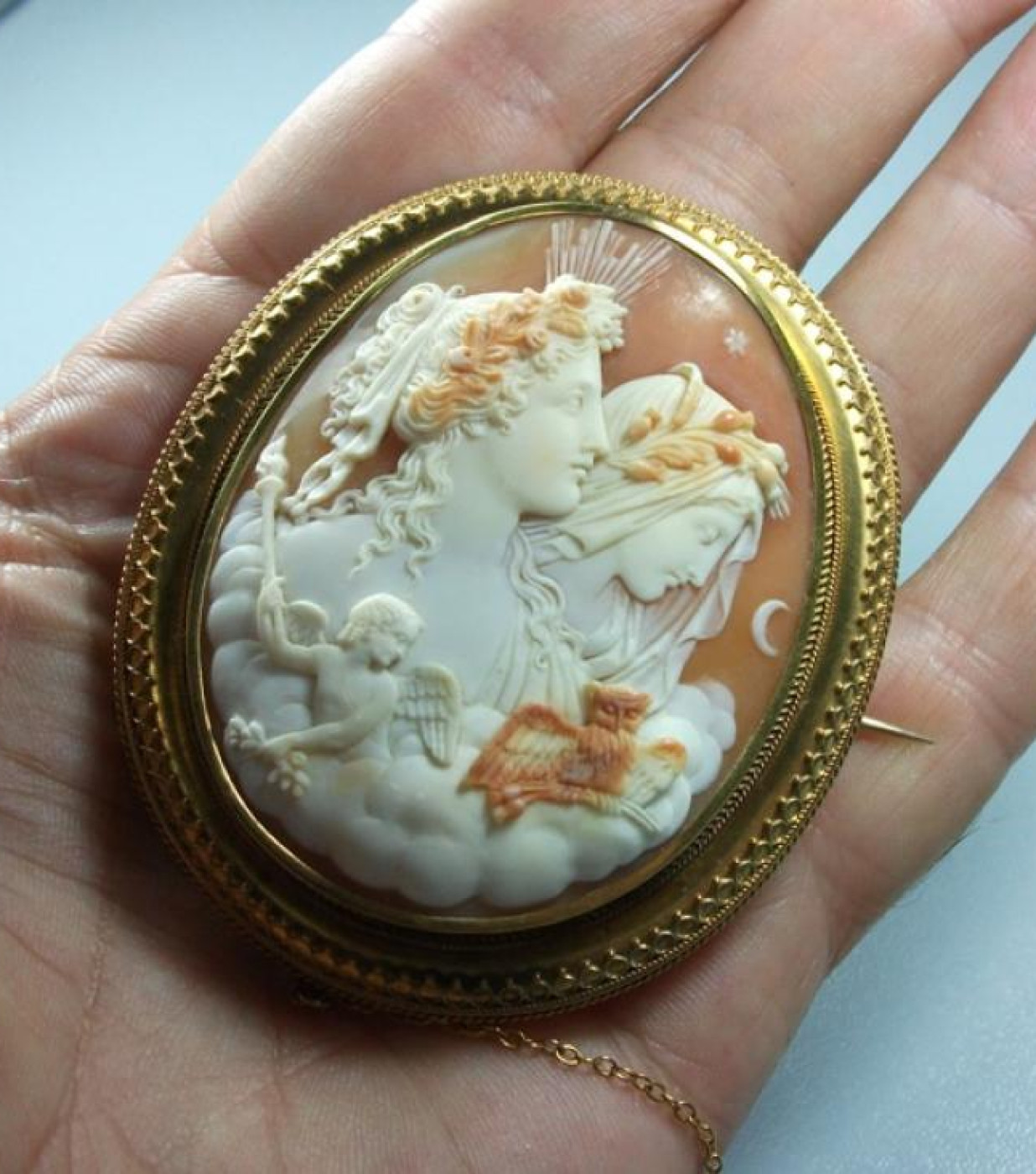 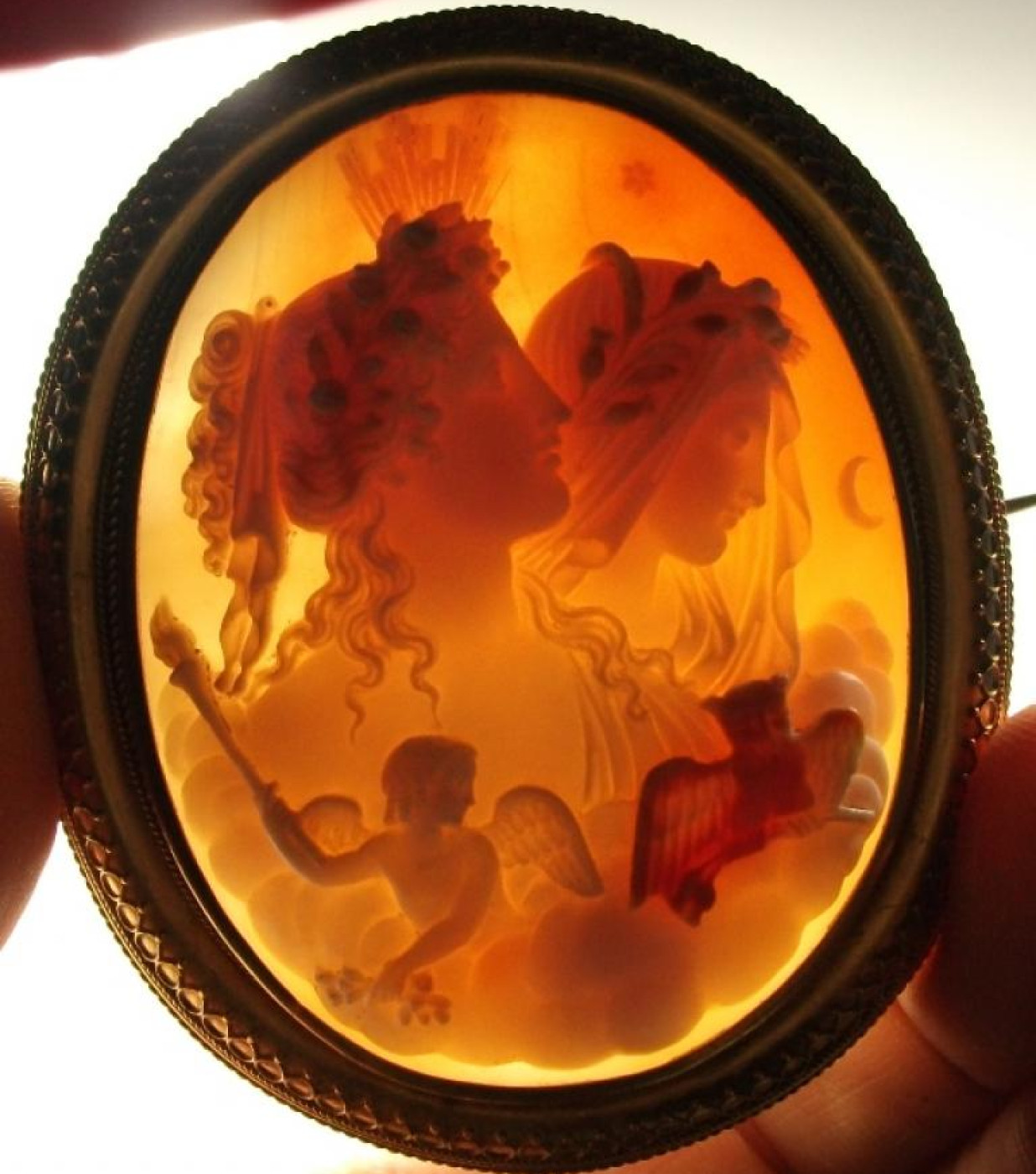 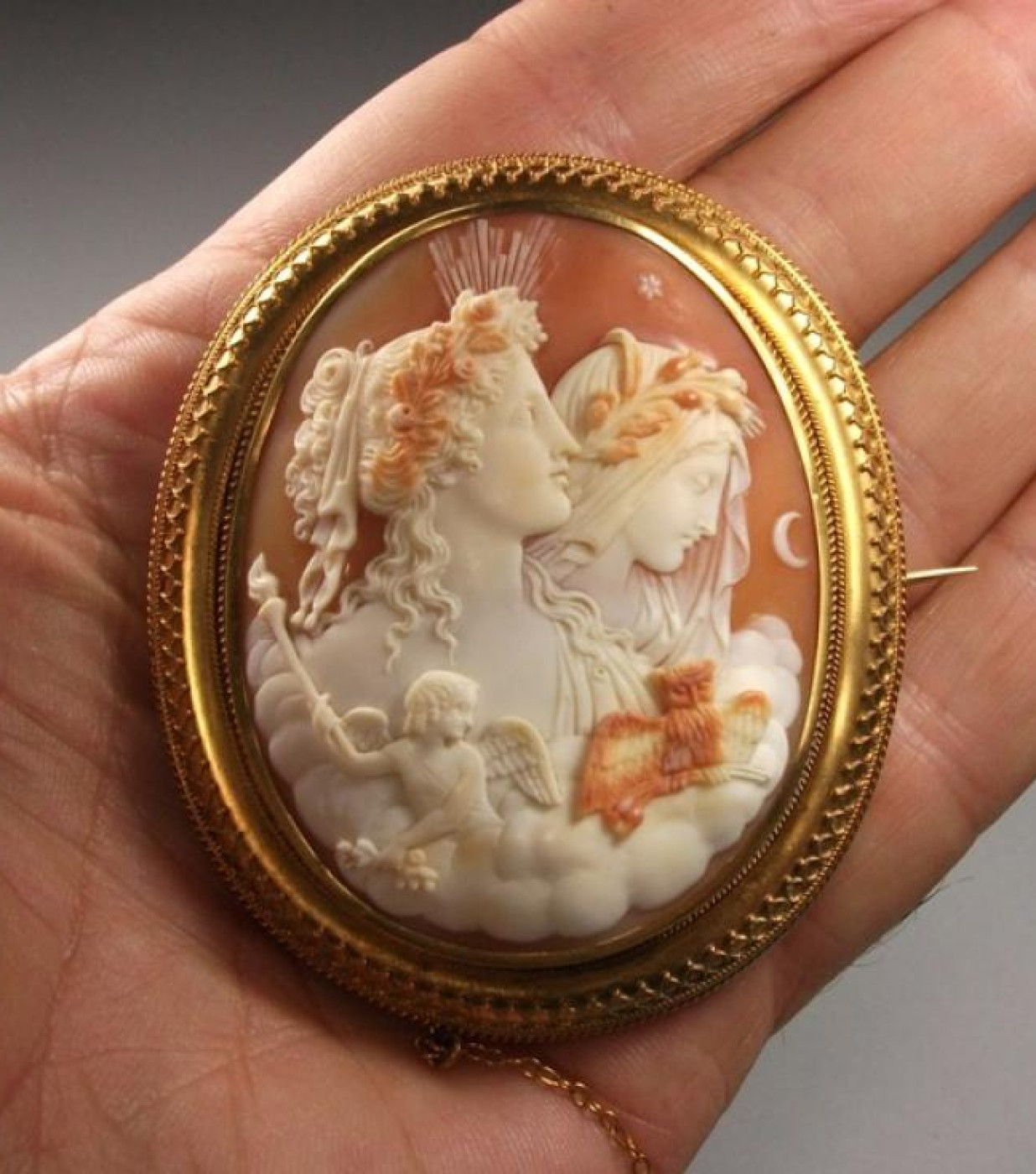 Museum Quality cameo, superbly carved, depicting the Allegory of the Day and the Night, Eos and Selene, sisters of Elios and daughters of Iperion and Teia. All the particulars are perfectly rendered, and the coloured details make the cameo even more attractive and rare. Eos is the Goddess of the Day (and Dawn) and her sister Selene the Goddess of the Night (and Moon) , portrayed together to symbolize the Allegory of the Day and Night. Symbols of the Night as Moon and Star, the veiled head adorned with Opium Poppy Seeds (Latin Papaver somniferum), the Goddess taking a sleeping attitude with closed eyes and head down, the owl carrying poppy seeds are all shown, as the symbols of the Day, Flowers in her hair,  the Goddess taking a widely awake attitude with eyes open and head up, the genius of light carrying a torch and spreading flowers.  A very popular Victorian subject in a real museum quality cameos. This is an incredible work of art, very detailed cameo, carved by an artist. The colors of the shell have been wonderfully used to create spot of colors on some chosen areas like the poppies on Selene's veil, the owl, the flowers on Eos' head. Use of the shell colors was not easy and only the most skilled carvers knew how to give the color in the exact points of the subject.
The magnificent Etruscan style gold frame is very impressive, made in massive gold and is in as new condition.  A true artwork rare to find today.

Eos is a figure of Greek mythology. She is the Goddess of the Dawn. She is a beautiful and charitable Goddess. She is the daughter of Hyperion. Hyperion is also the father of Helios (the sun) and of Selene (the moon )Hyperion's name means "The one who precedes the Sun", and probably is related to his role like Helios' or Eos' father, the faint light that precedes the rising of the day. Eos has several sons, between them there is Memnone, killed from Achilles during the siege of Troy. From that day the Goddess of the Dawn inconsolably cries the loss of her son every morning and her tears form the dew. Homer calls her the "Goddess with the rosy fingers" for the effect that can be seen in the sky at dawn. Selene, Goddess of the Moon, daughter of Hyperion. her assignment is to bring the moonlight to the humans driving a cart drawn from oxen or from horses that runs after the solar one, in many representations. Generally described like a beautiful woman with pale face that wears long, flowing, white or silver robe and that has on her head a waxing moon and a torch in her hand. In the Greek-Roman mythology tradition the Moon, thanks to the mutability of its aspect that makes it unique between the stars, has been associated to three divinity and tied to three its "events". Full moon, New moon and Waxing moon. Life metaphor (full moon), death (new moon) rebirth (waxing moon). Since time immemorial these three lunar figures have represented the cycle of  life involving apparently heterogeneous phenomena  like the birth, the death, the fertility, the femininity, the immortality. Selene, (from Selas - Greek) means splendour.