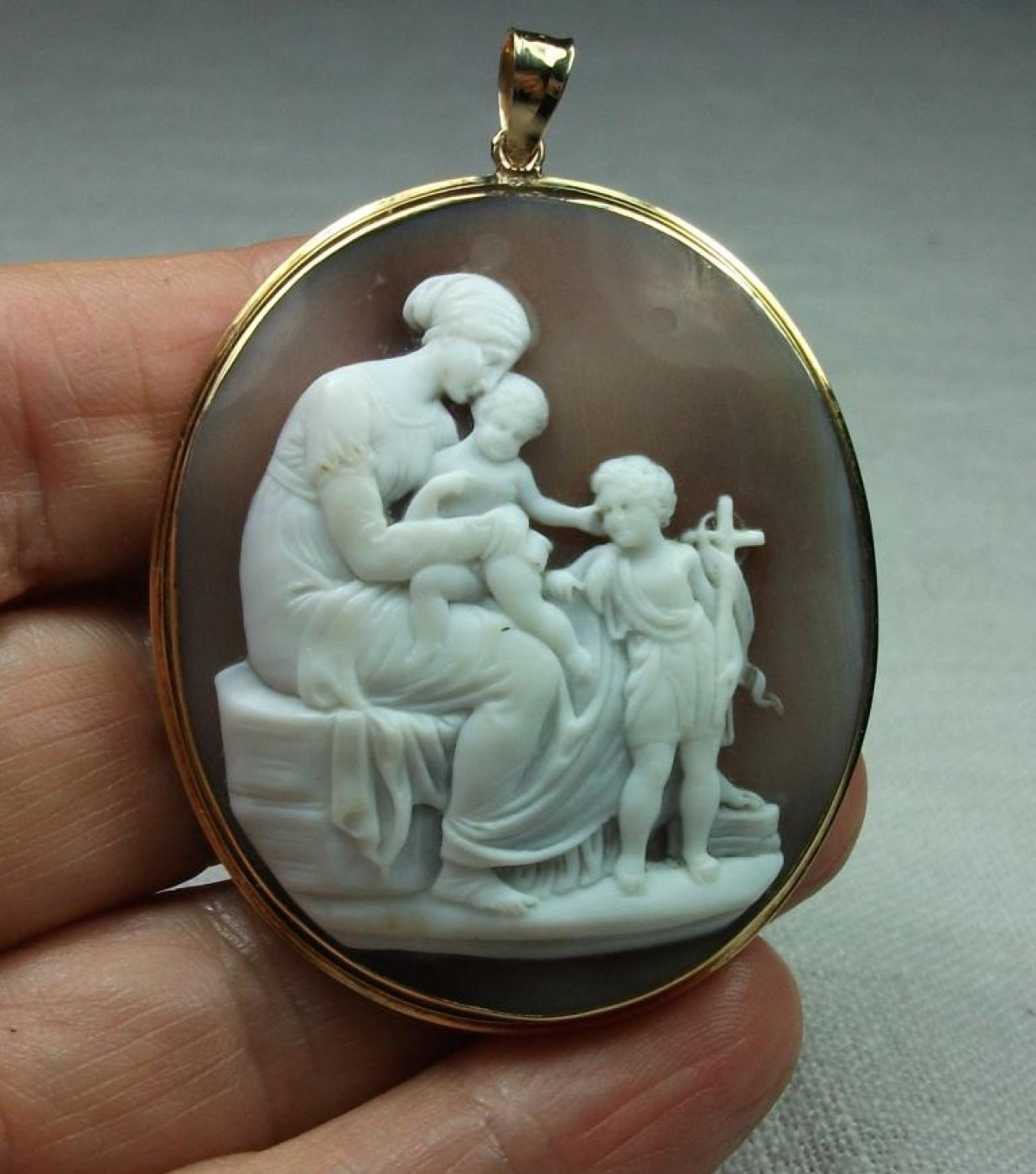 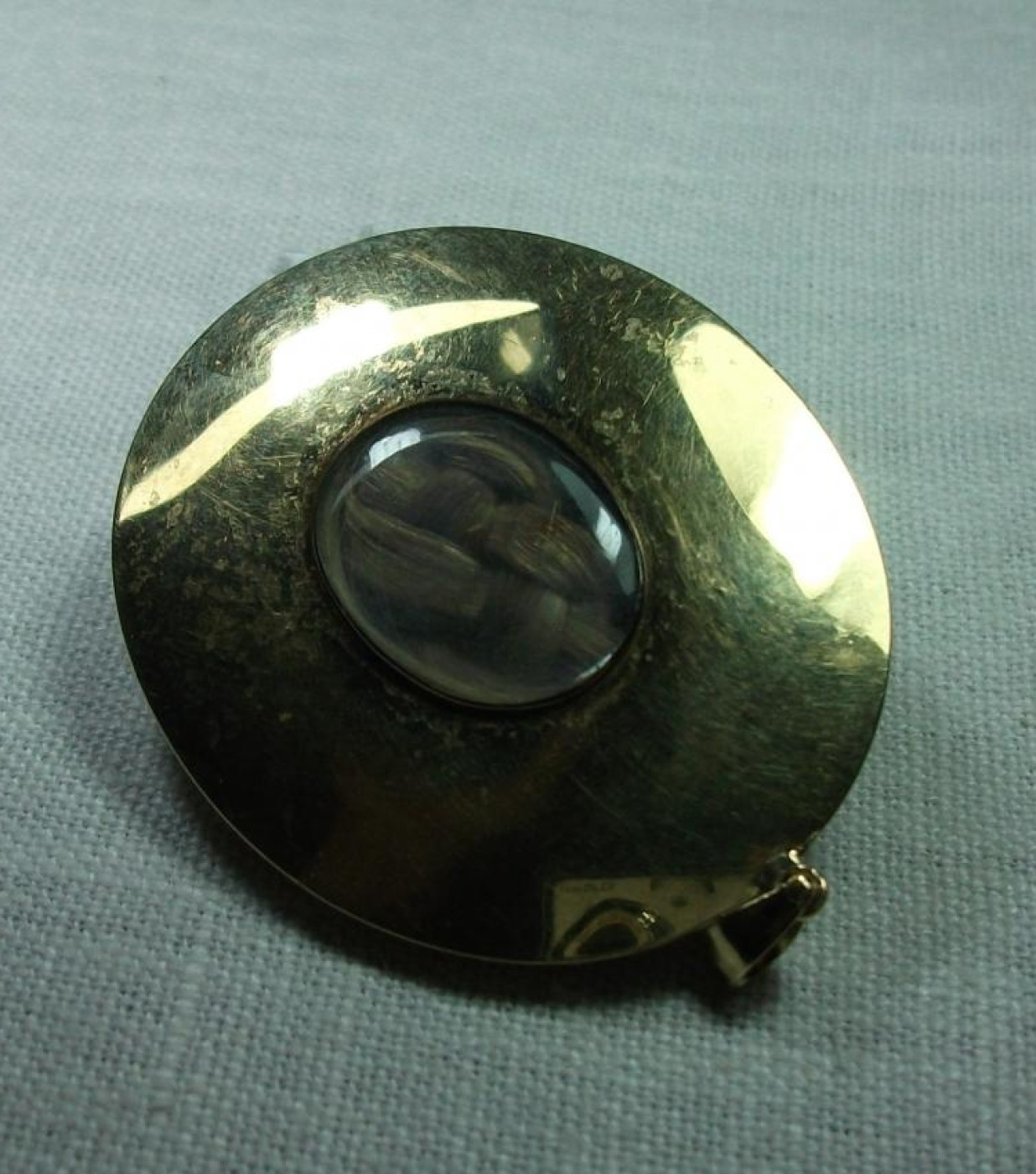 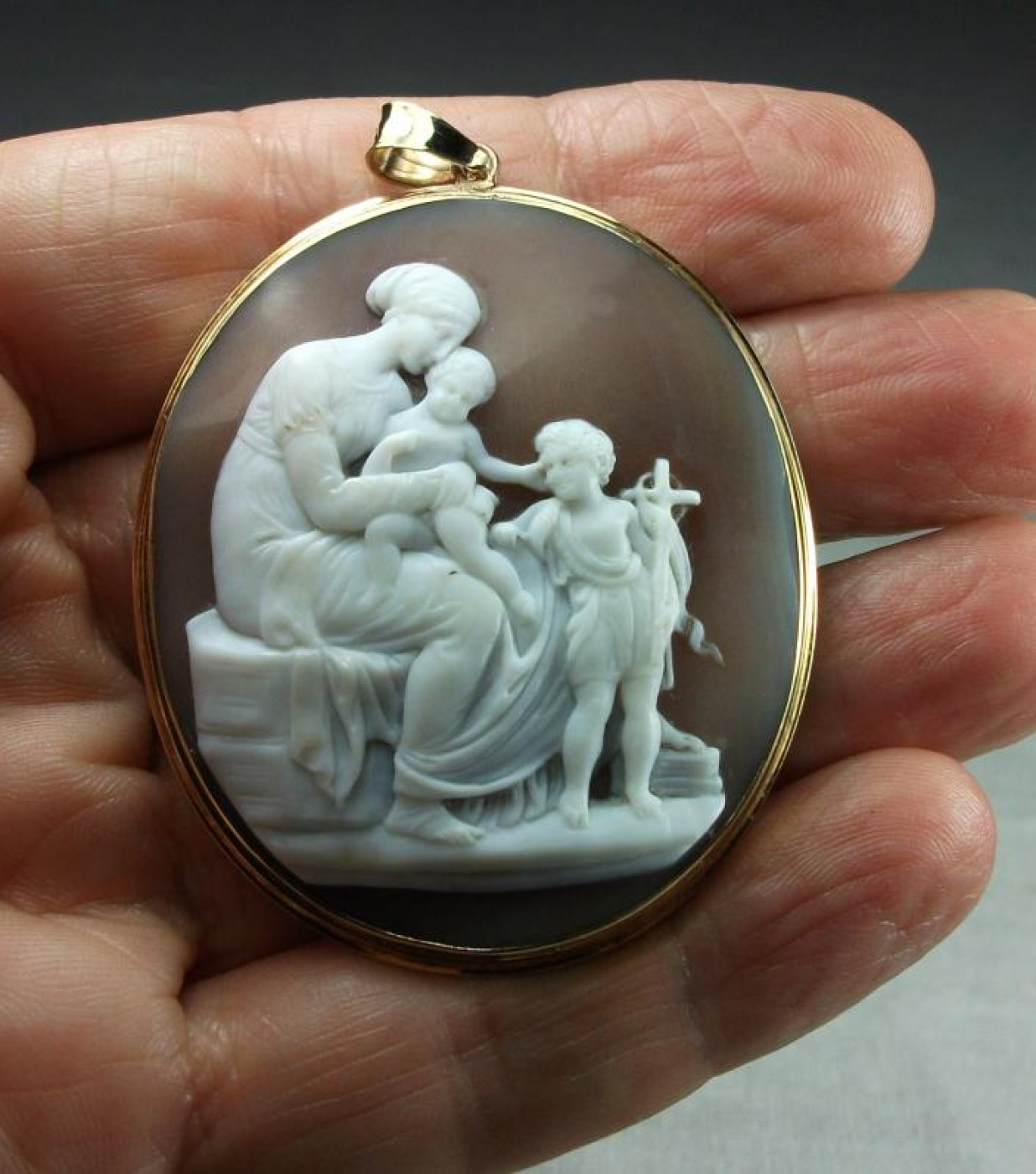 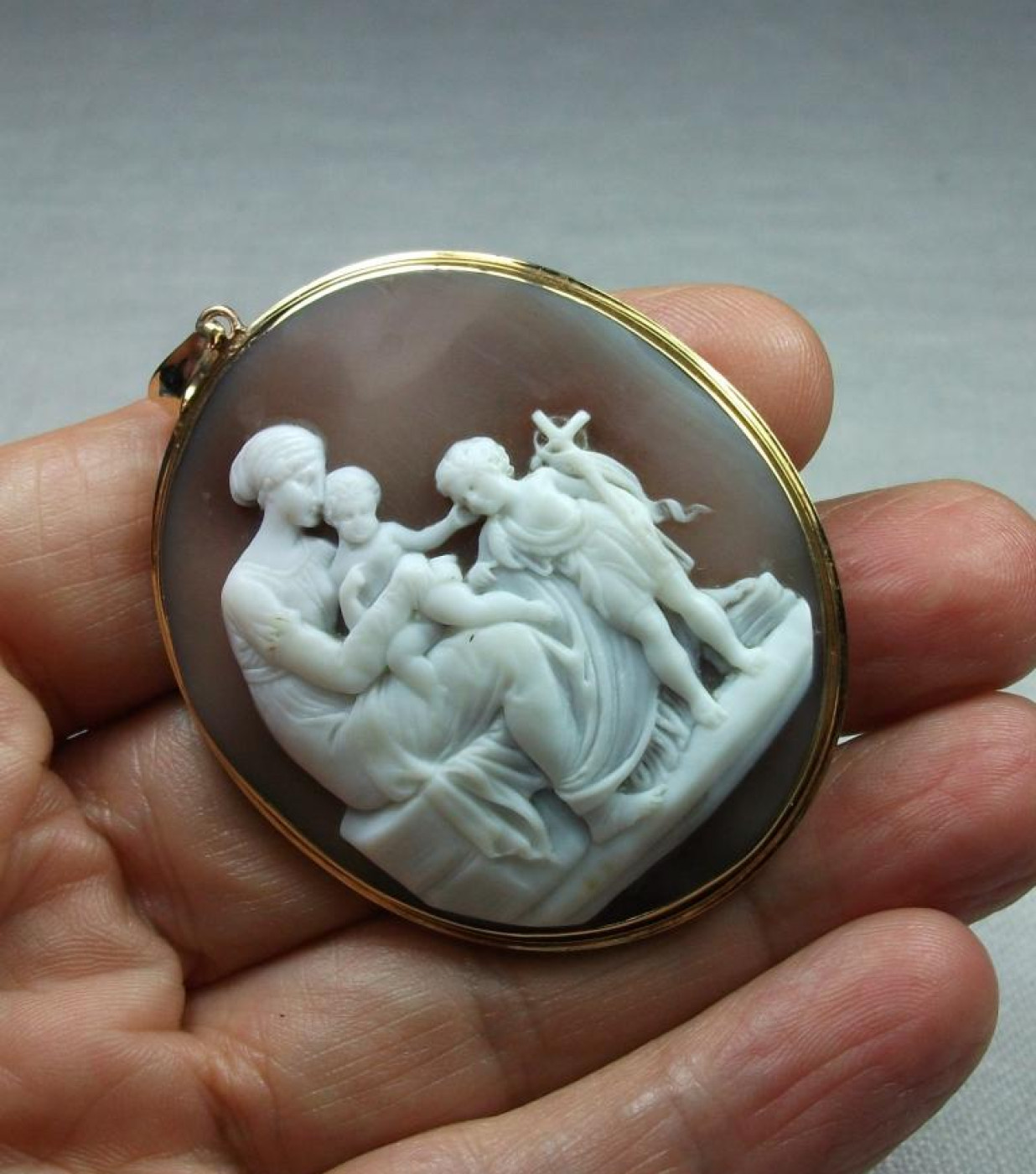 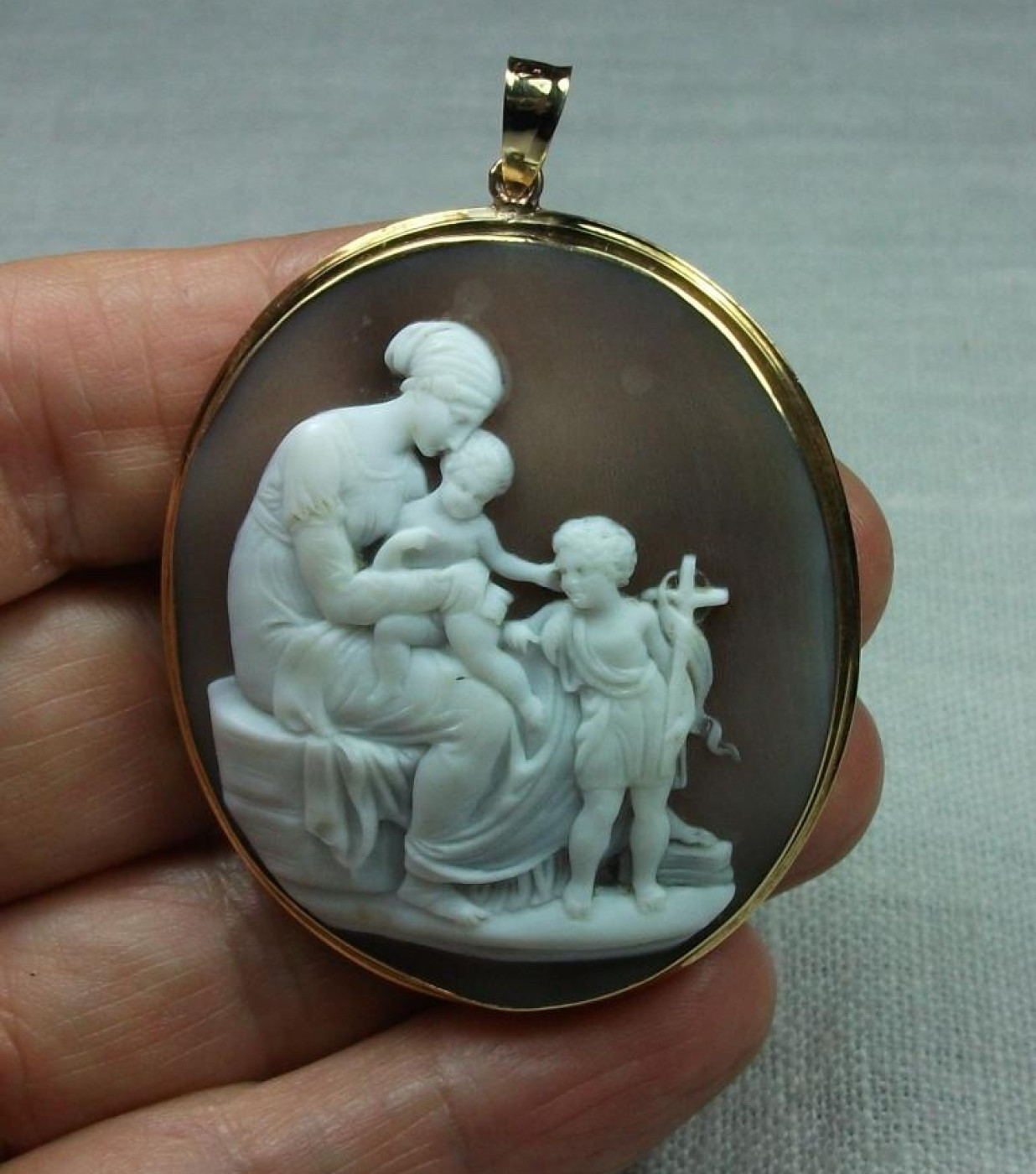 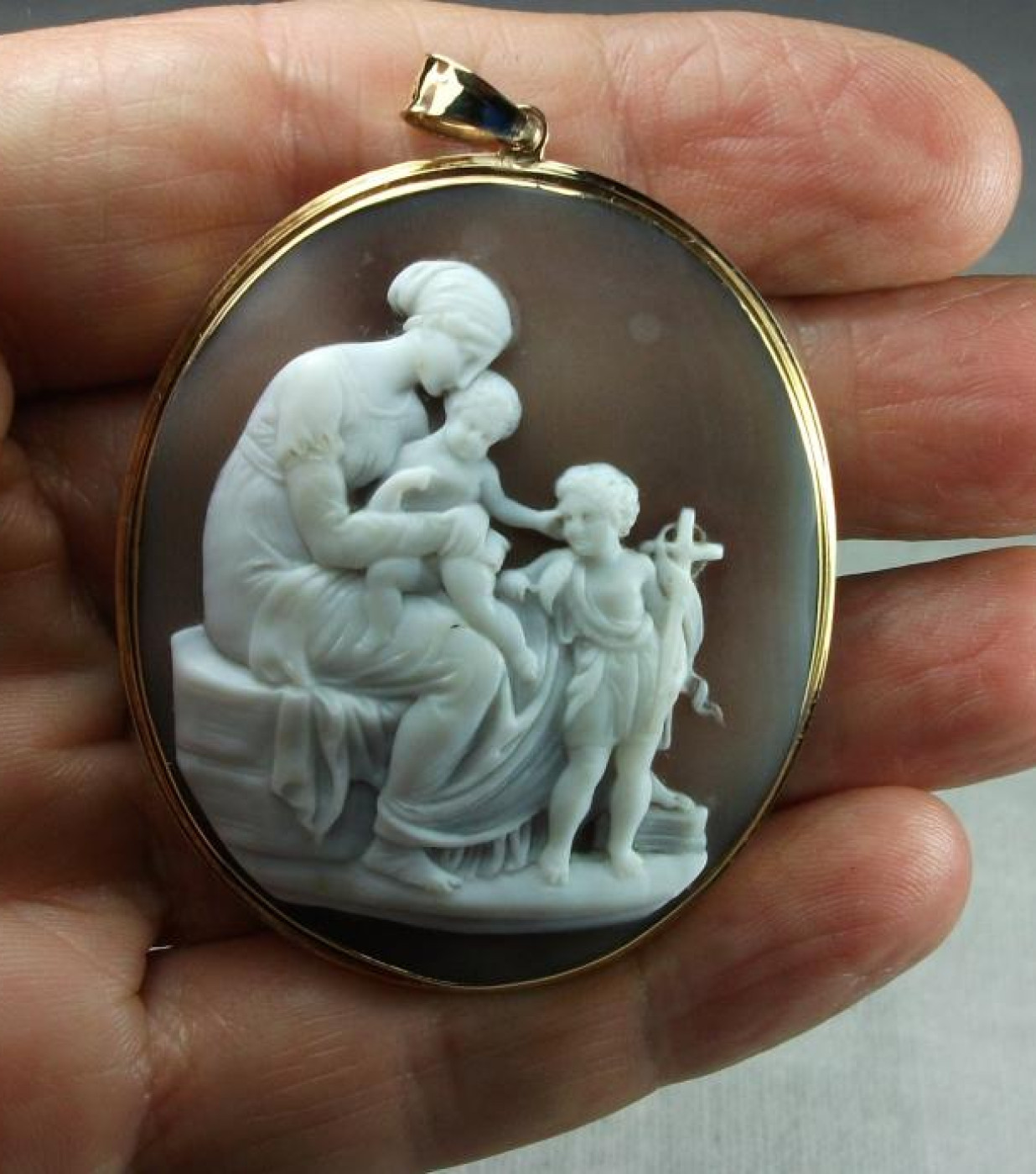 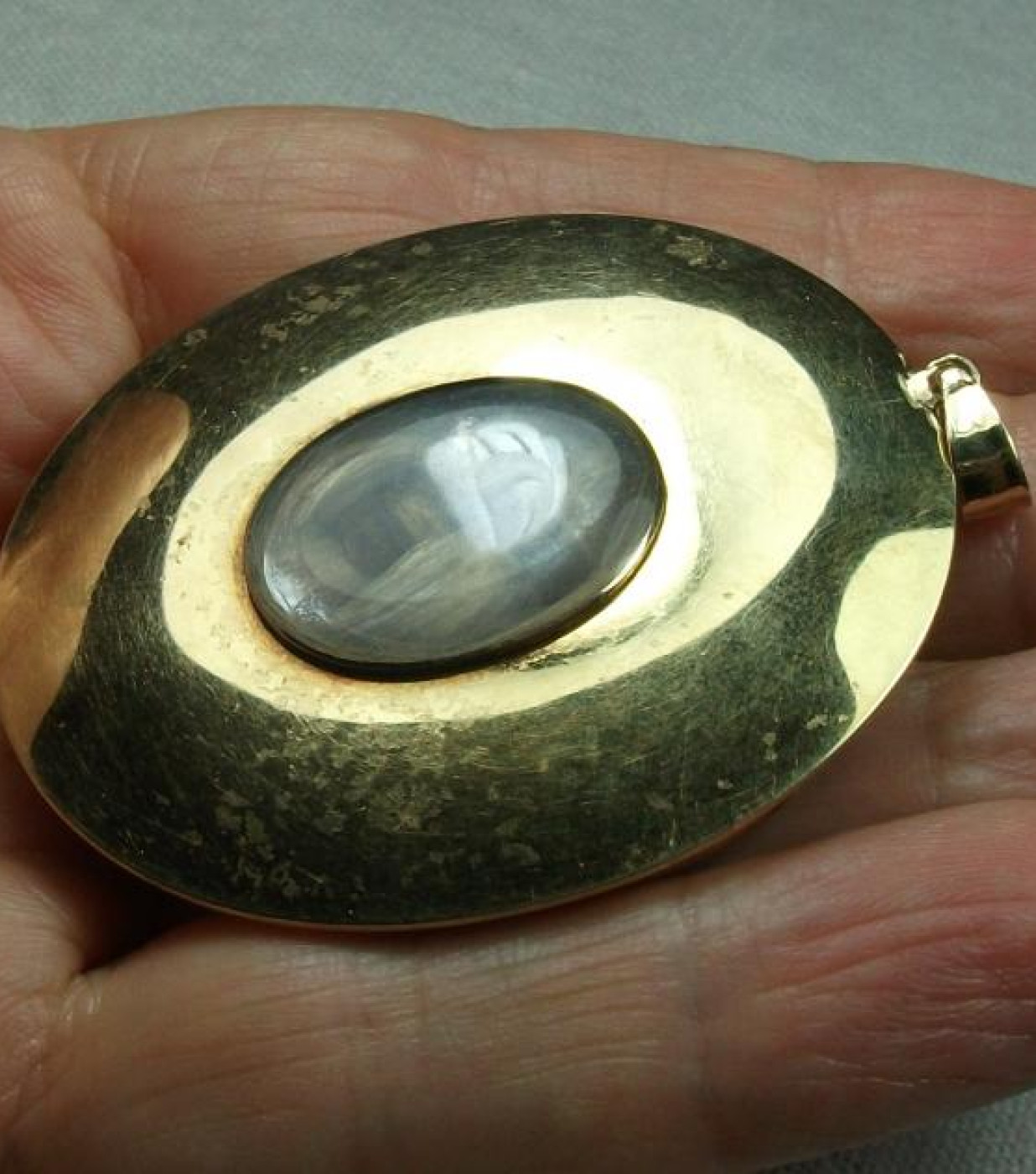 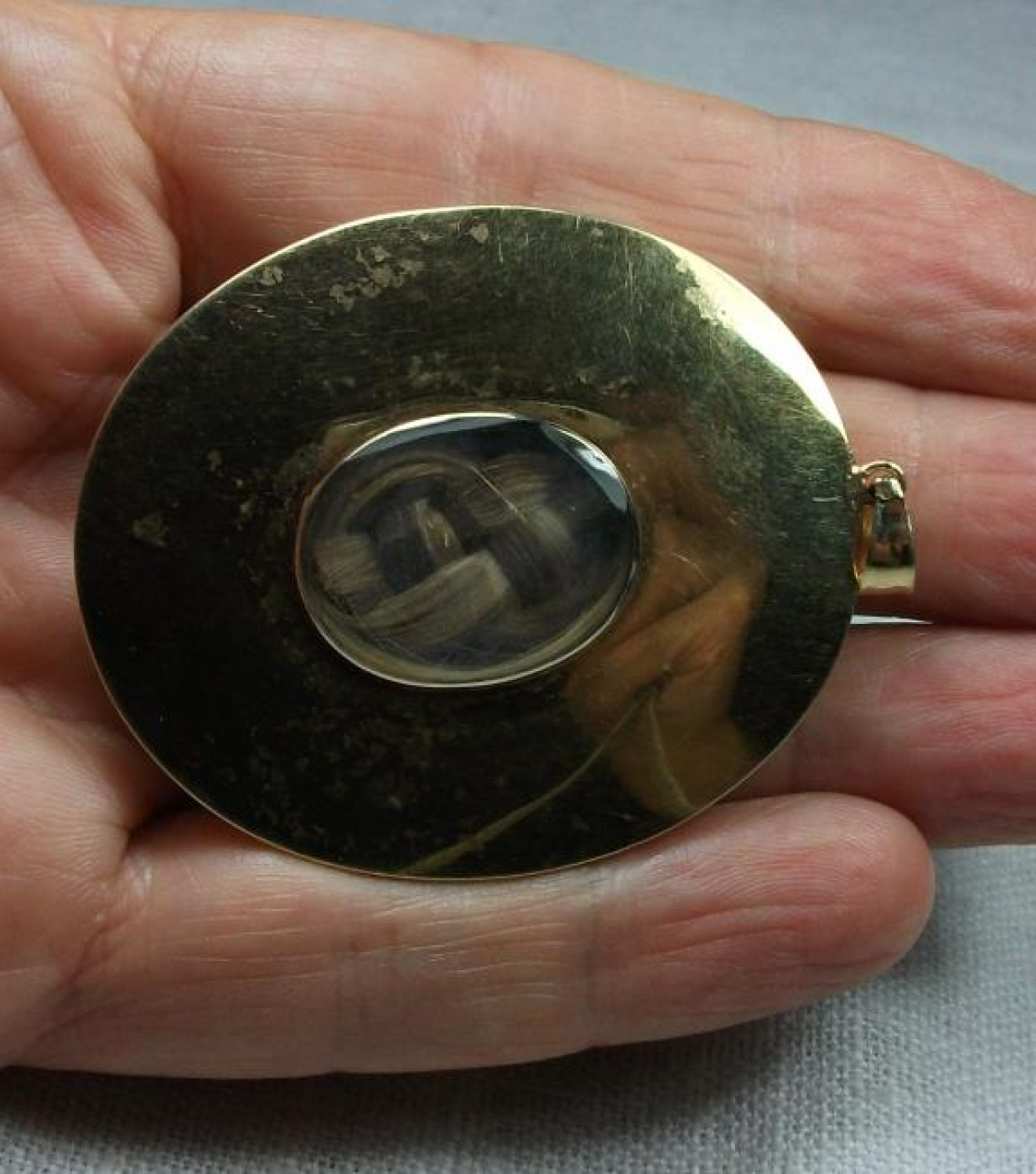 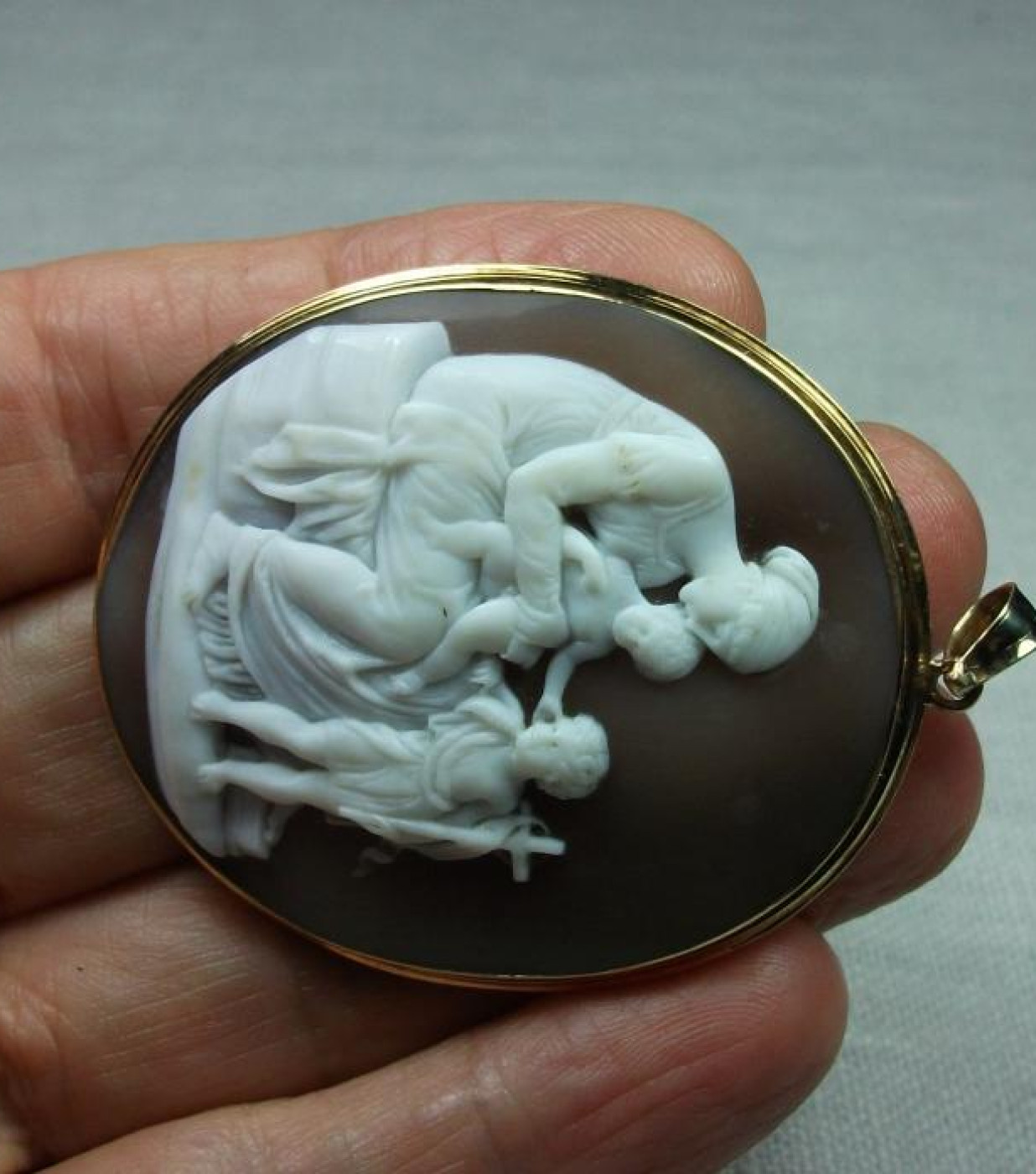 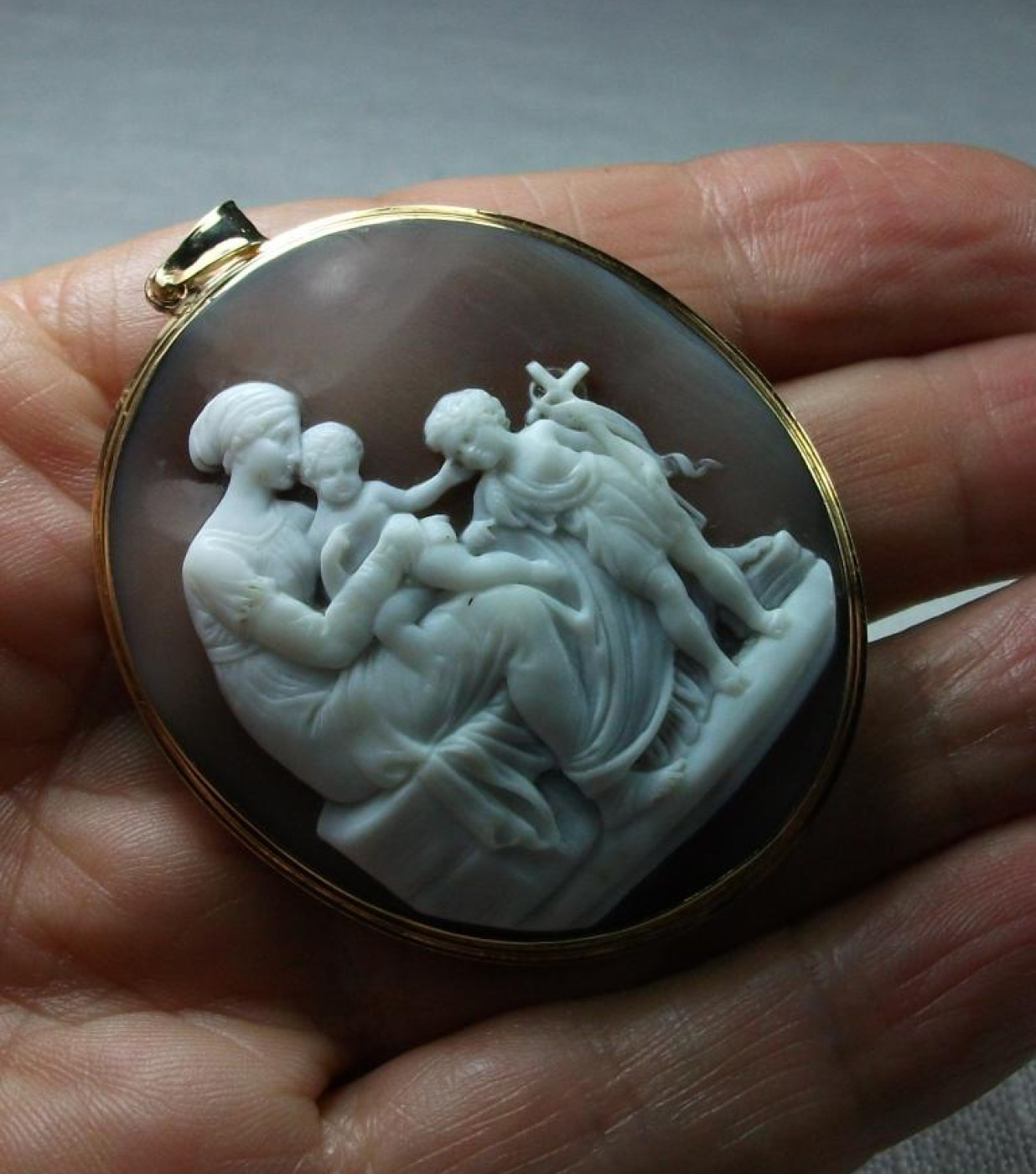 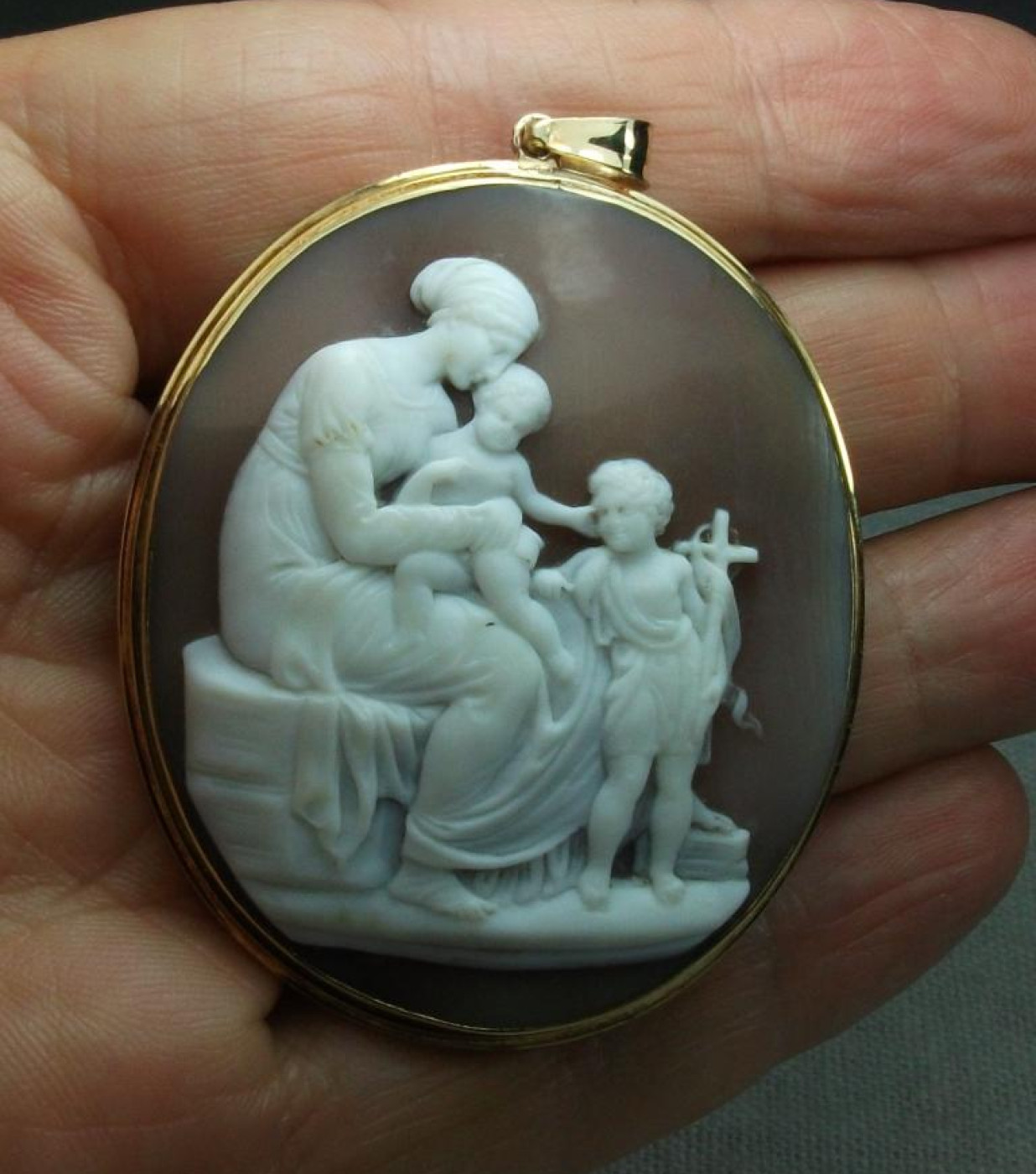 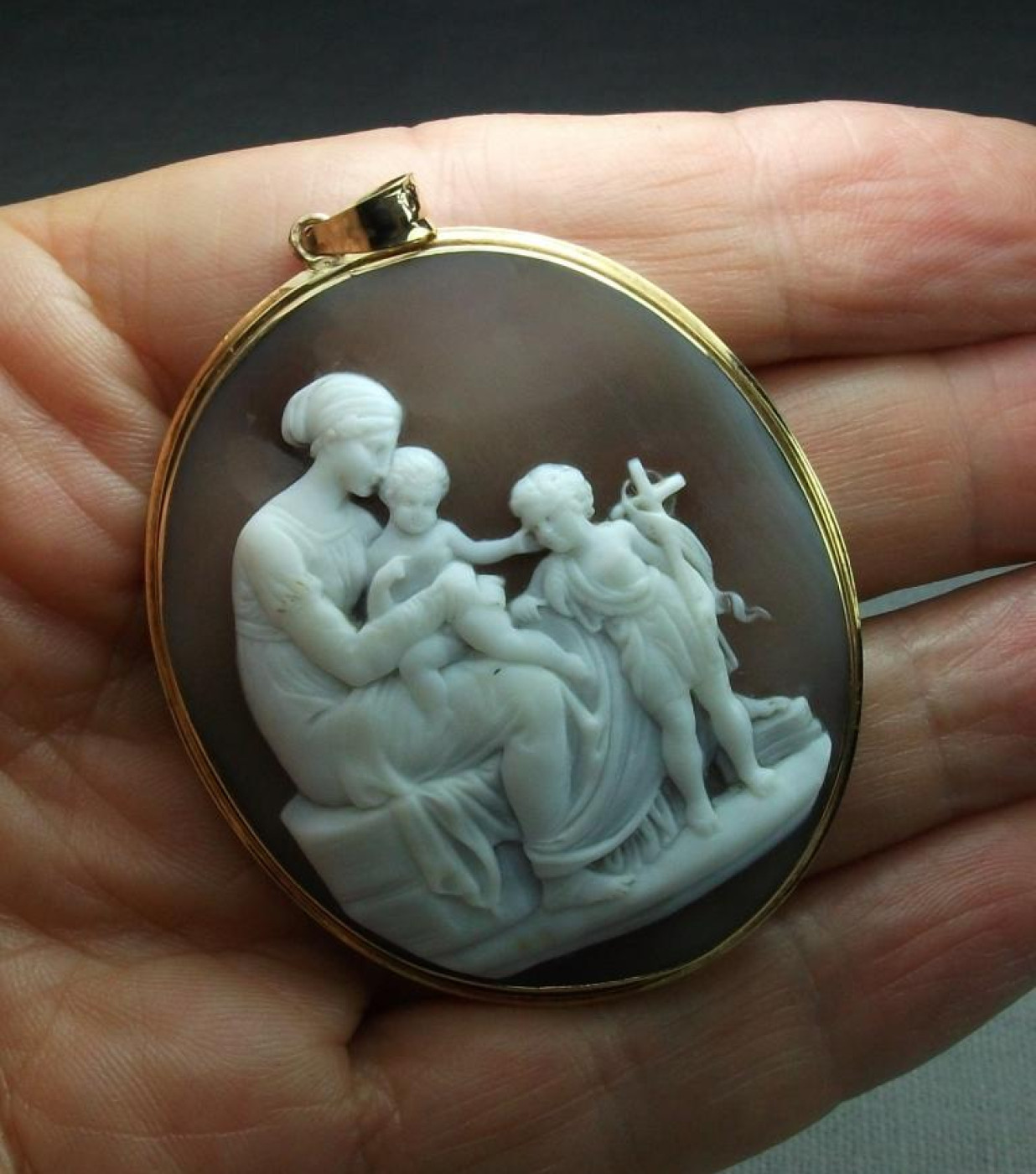 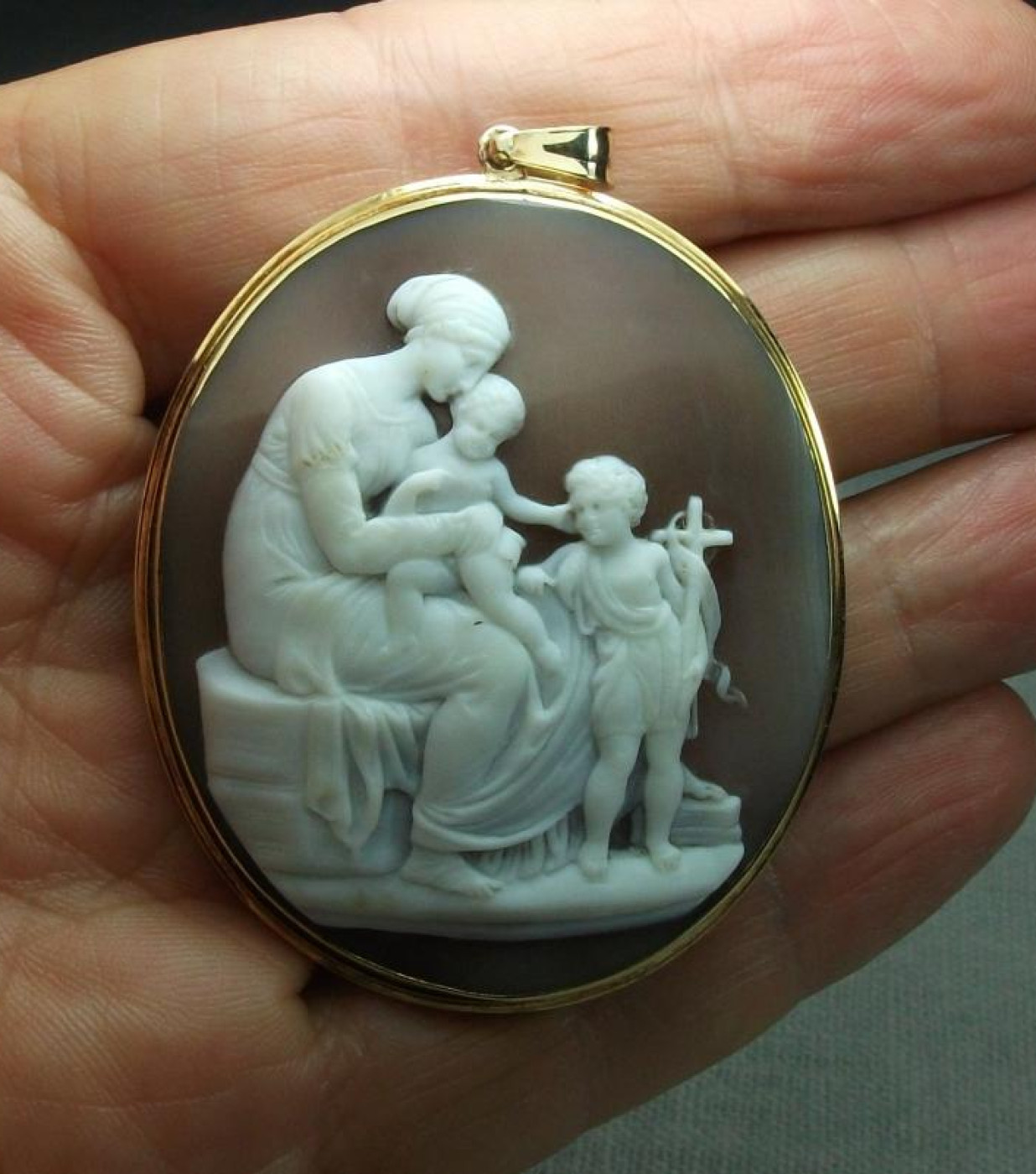 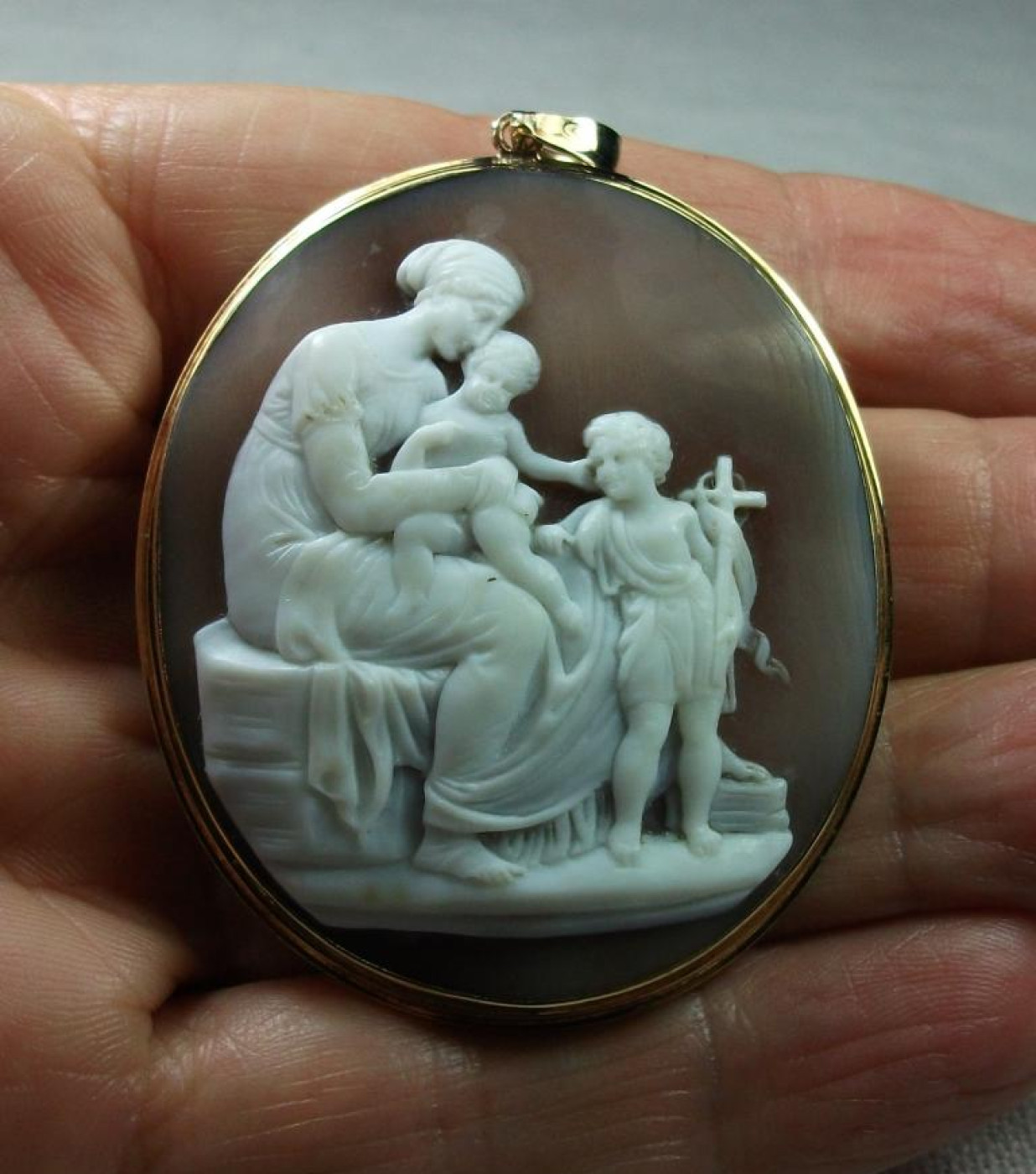 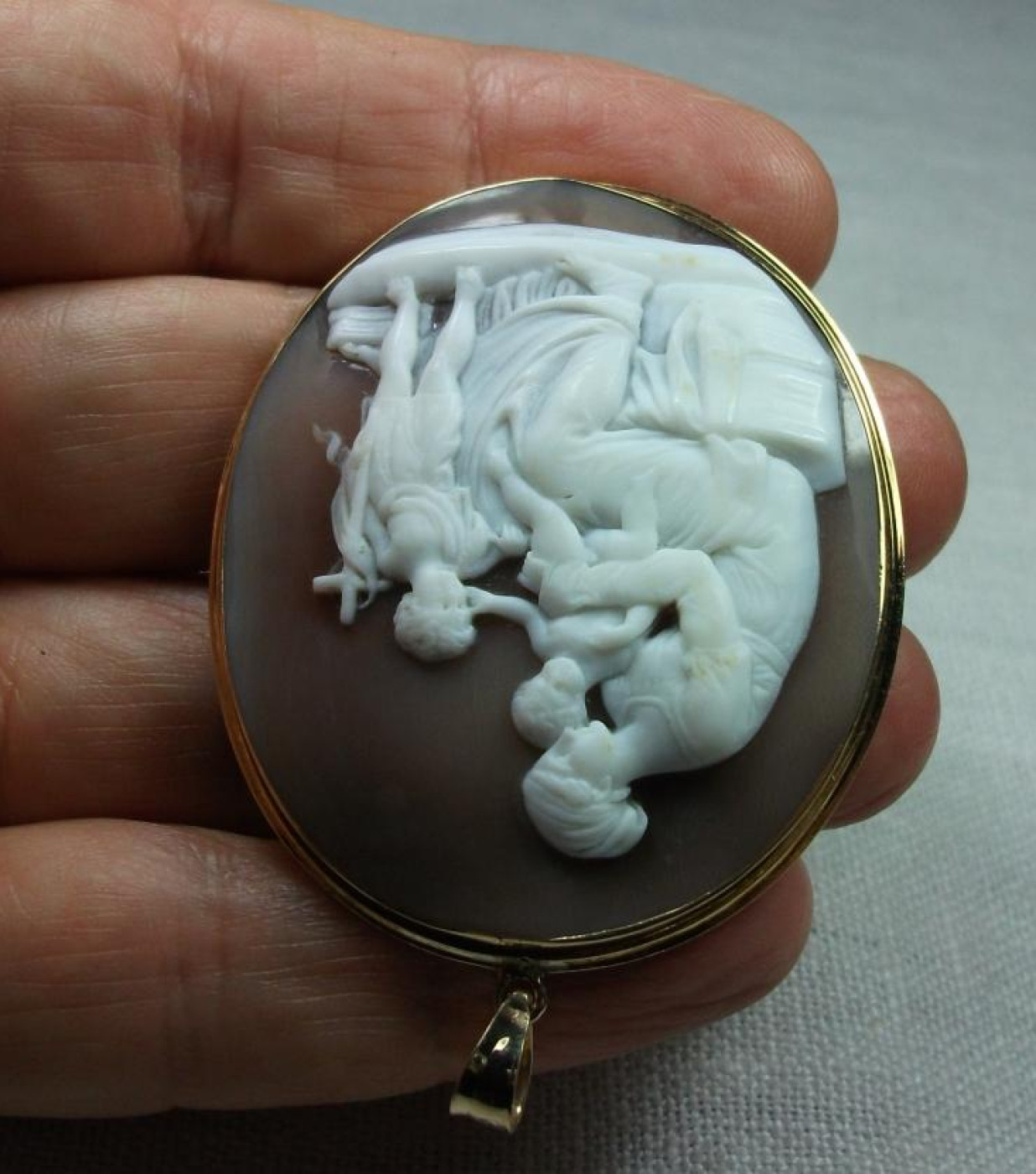 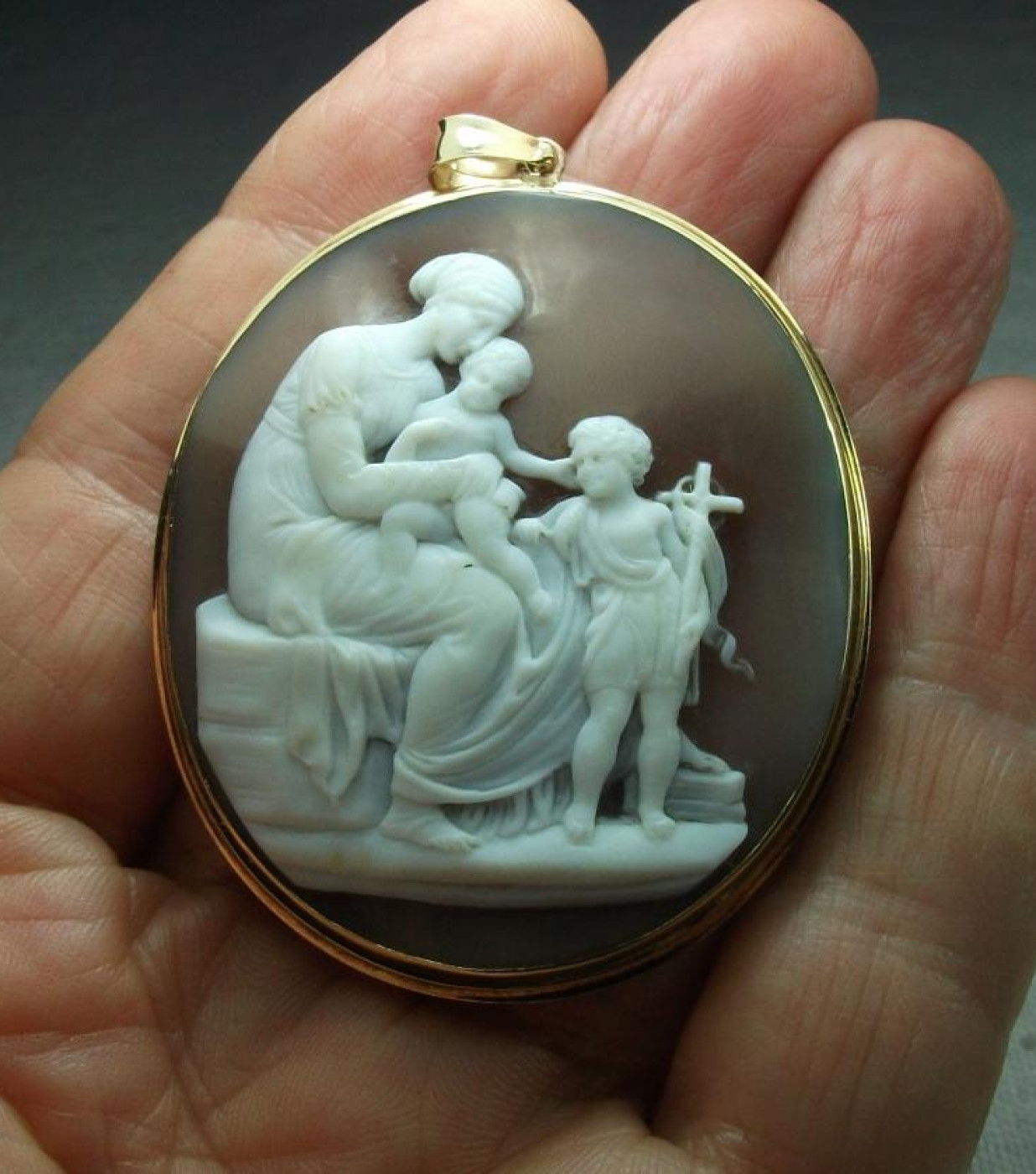 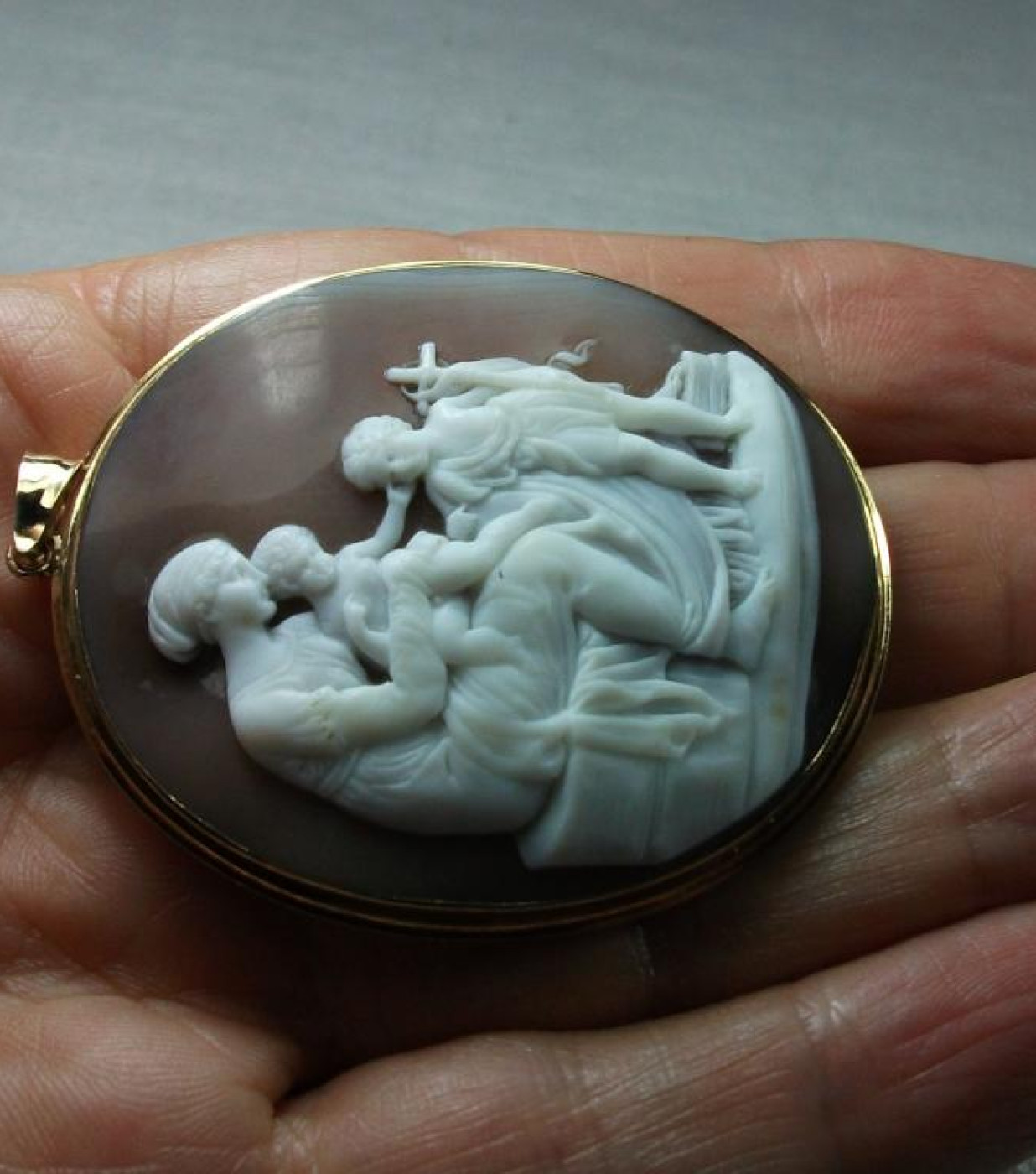 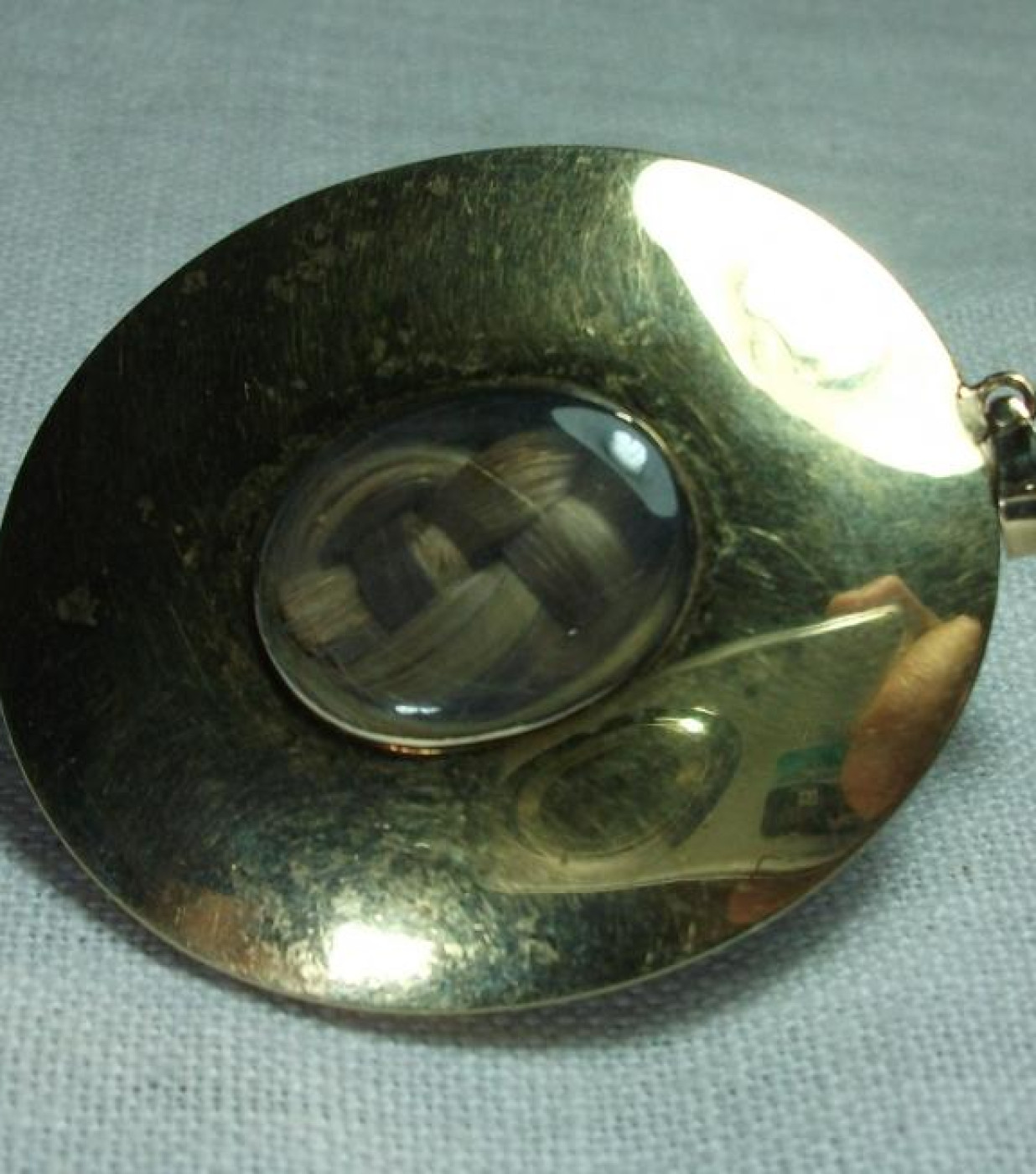 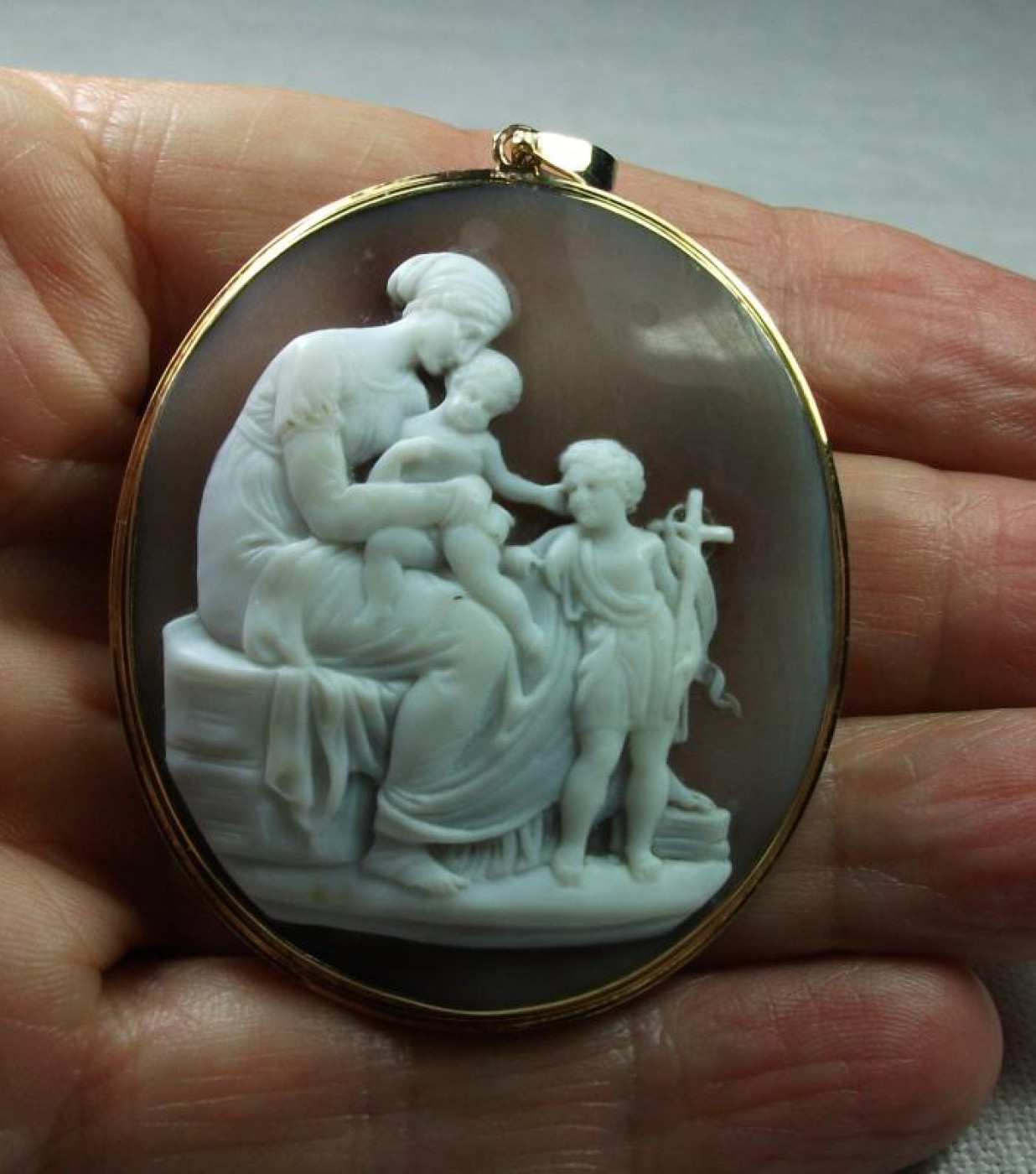 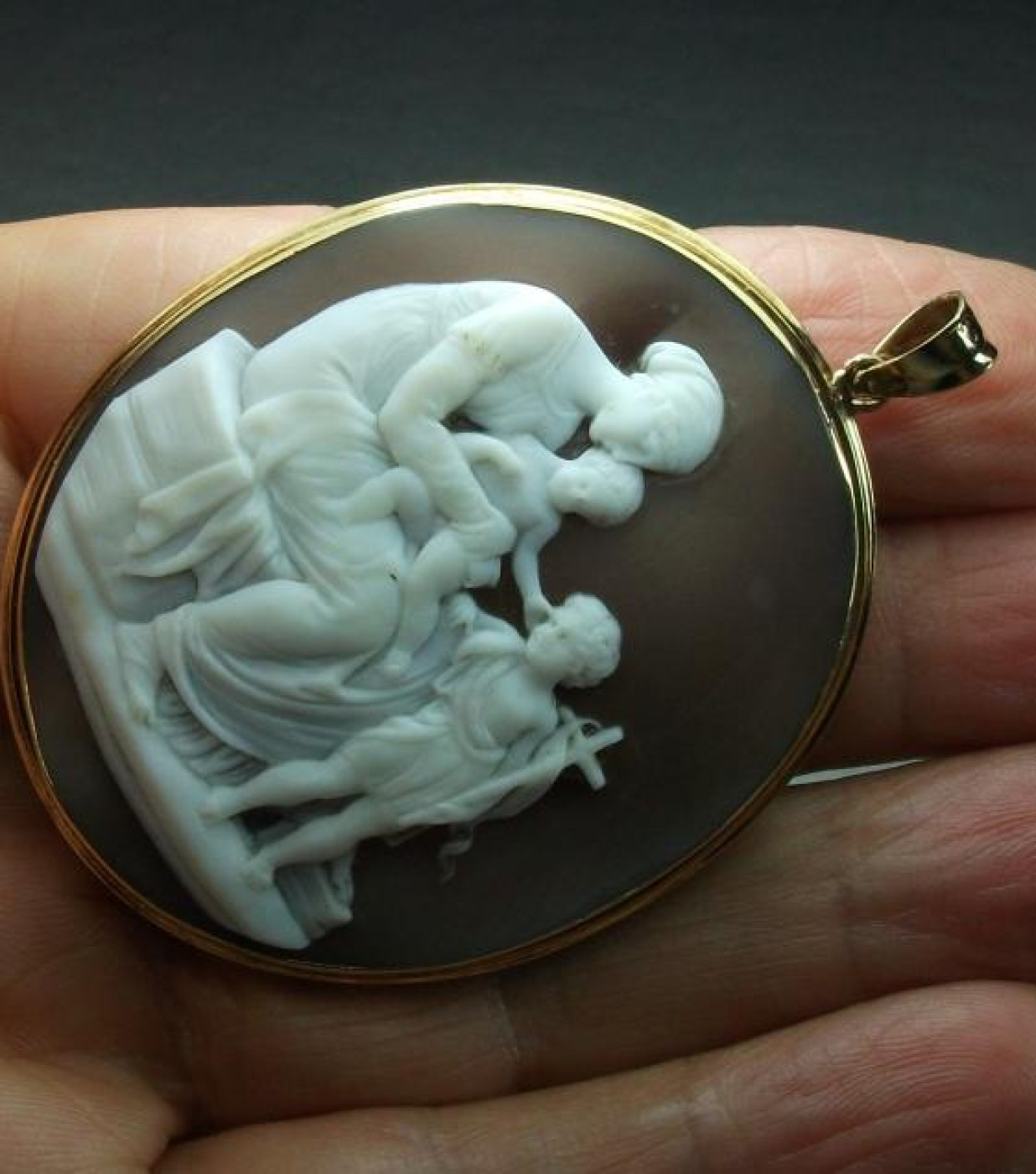 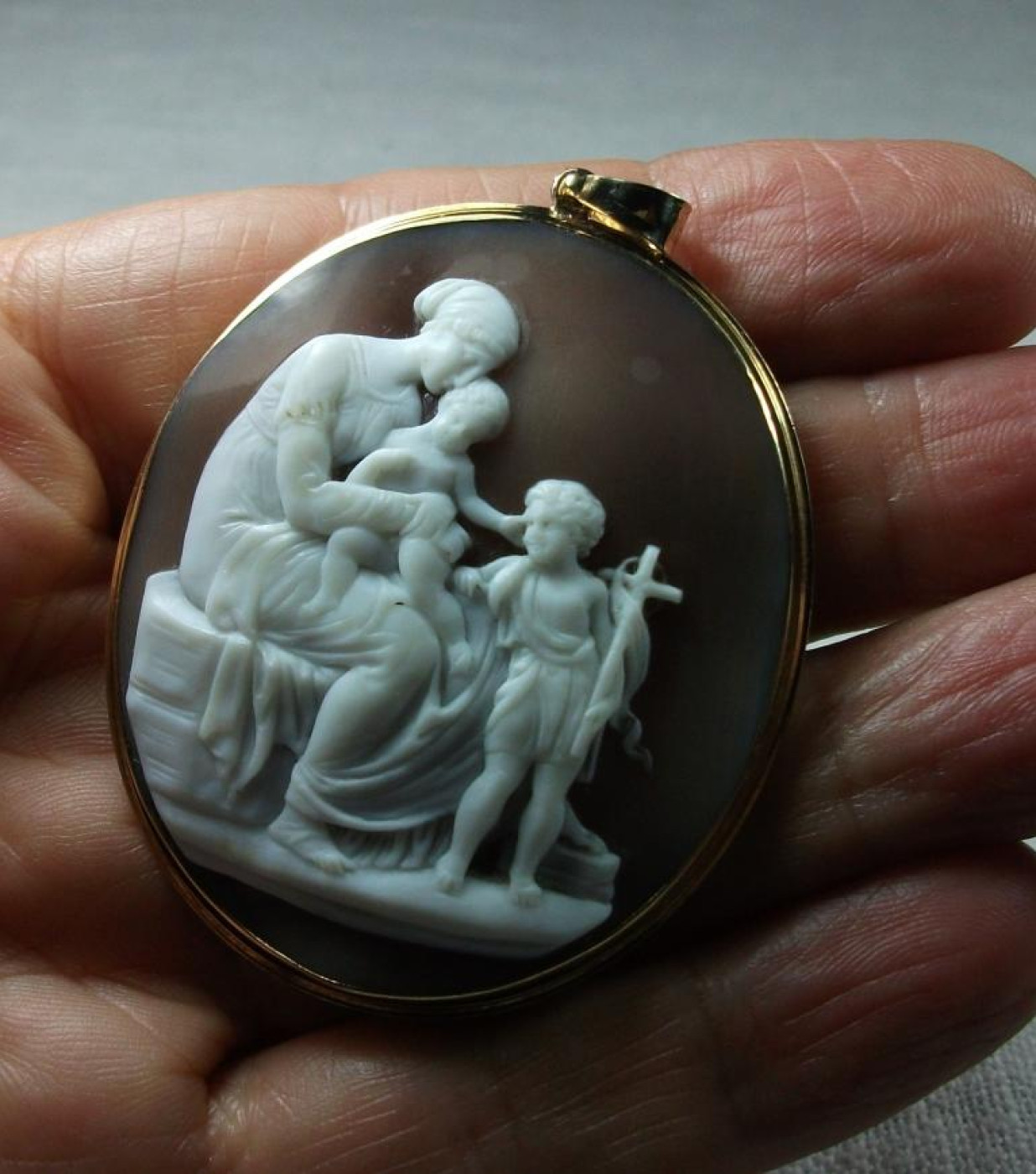 Museum Quality cameo depicting Madonna and Child and the little St. John. The cameo is surely after a painting but I have not yet identified it. This is gorgeous work of art, very detailed cameo, carved by an artist. Look at all the details of this cameo.  Look at the Madonna expression and at how the she is holding baby Jesus with both arms, just to protect him. The style of Madonna's dress is a Renaissance one, it is superbly carved. Look at Jesus' chubby body, at how it is perfectly rendered, he's pointing to St. John and caressing him with the other hand. St. John is depicted standing up and holding a cross. The carver really made an artwork.  The expression of the three figures is so sweet and tender, the whole scene conveys peace and serenity.  The sweetness of the face of the Madonna, the tenderness of the Child and the sweet pose of the young Saint John give to this cameo an intense and expressive suggestion. The frame is simple but on the back there is a glazed compartment containing a lock of braided hair, very popular custom in the Victorian era.  Pictures really don't give any justice to this fabulous cameo.  Rarest cameo very desirable collectors' piece.