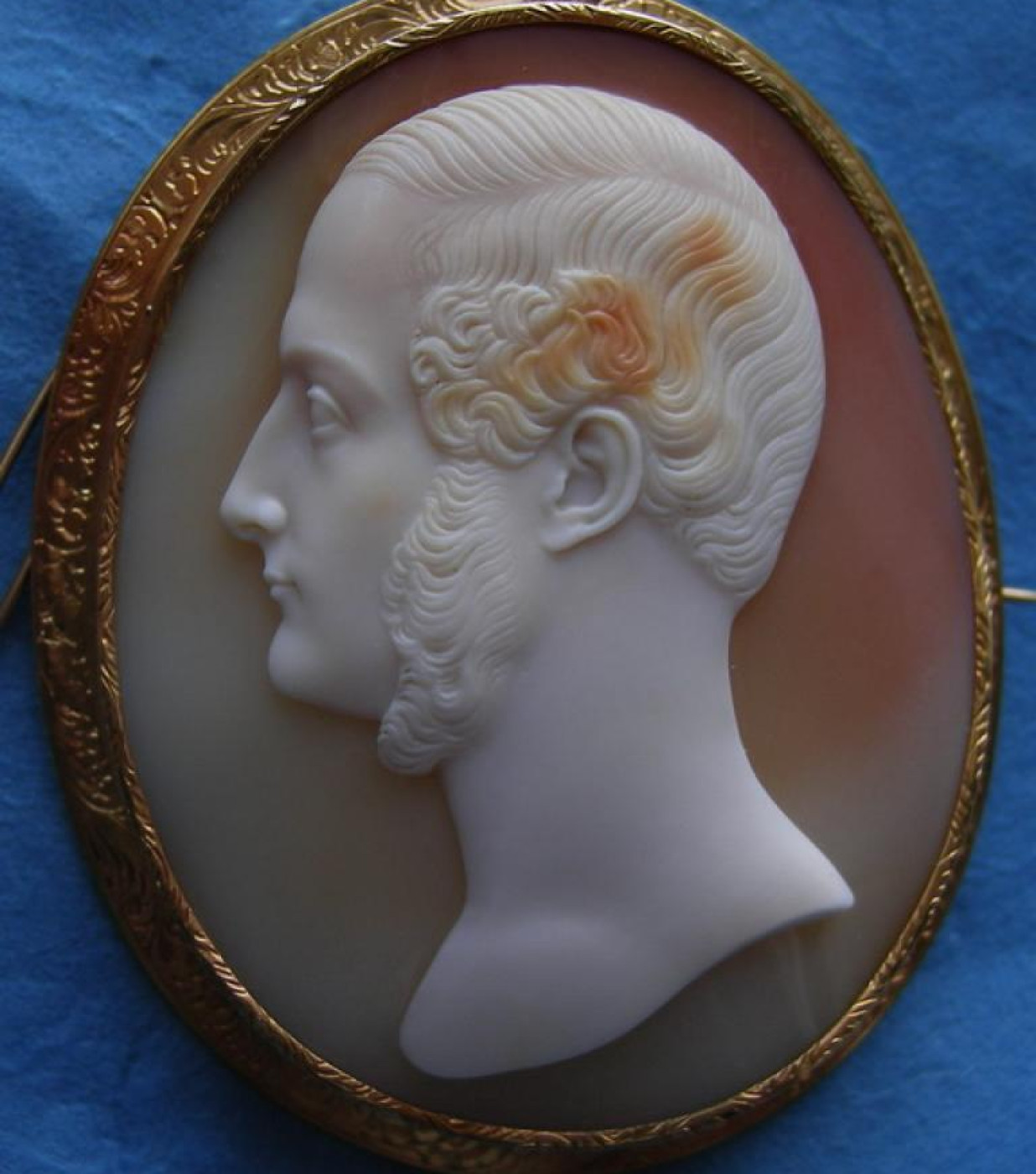 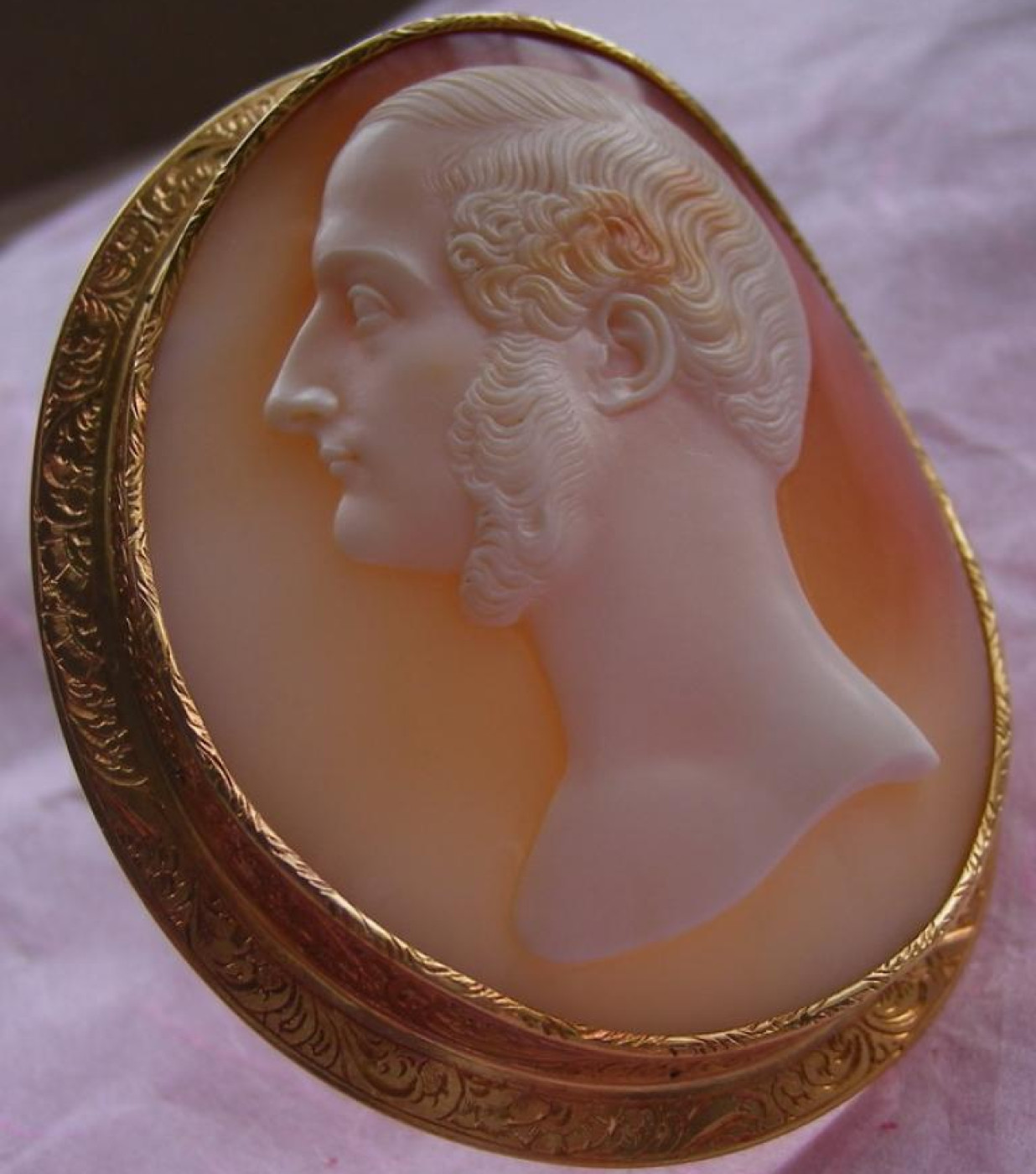 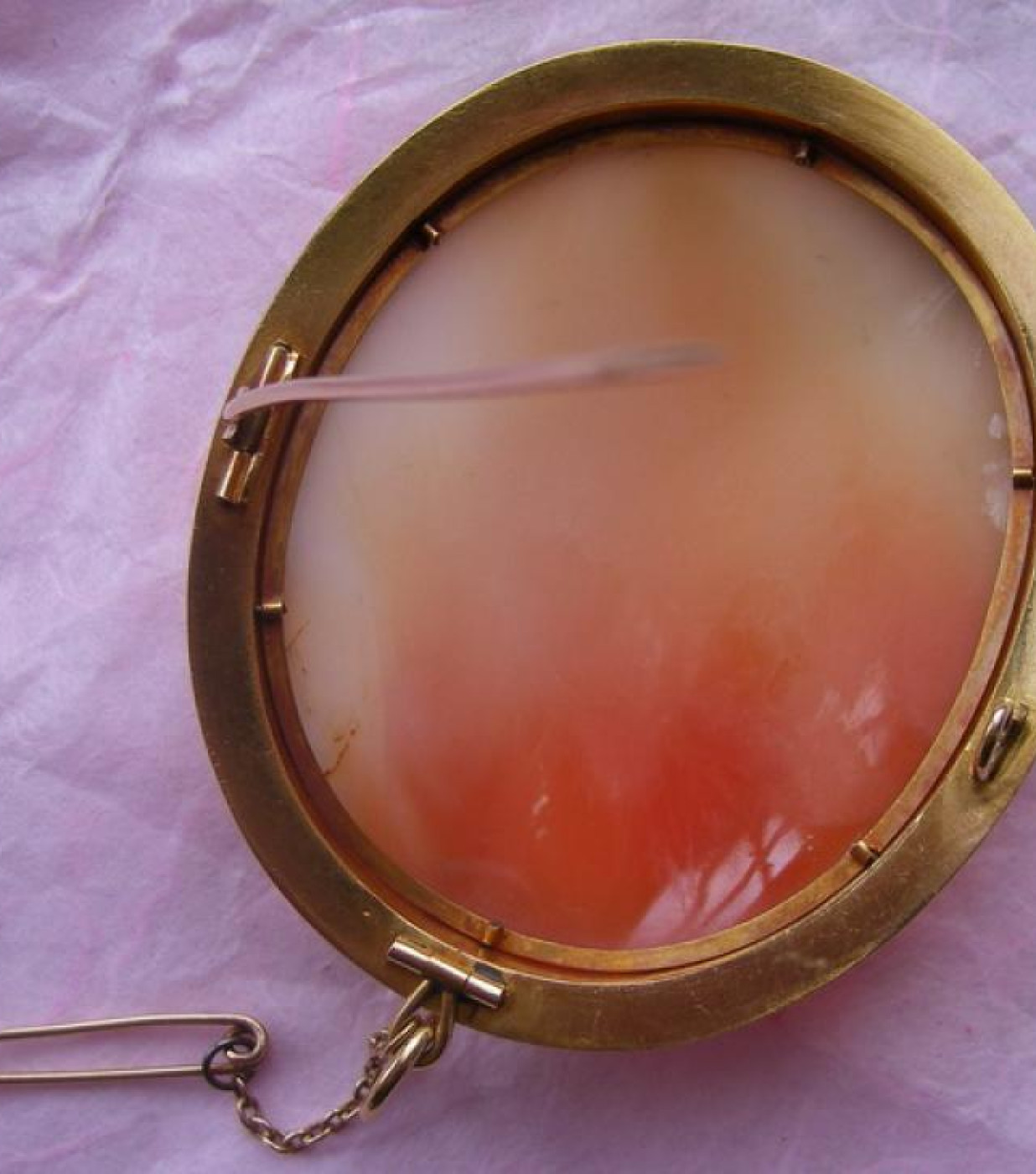 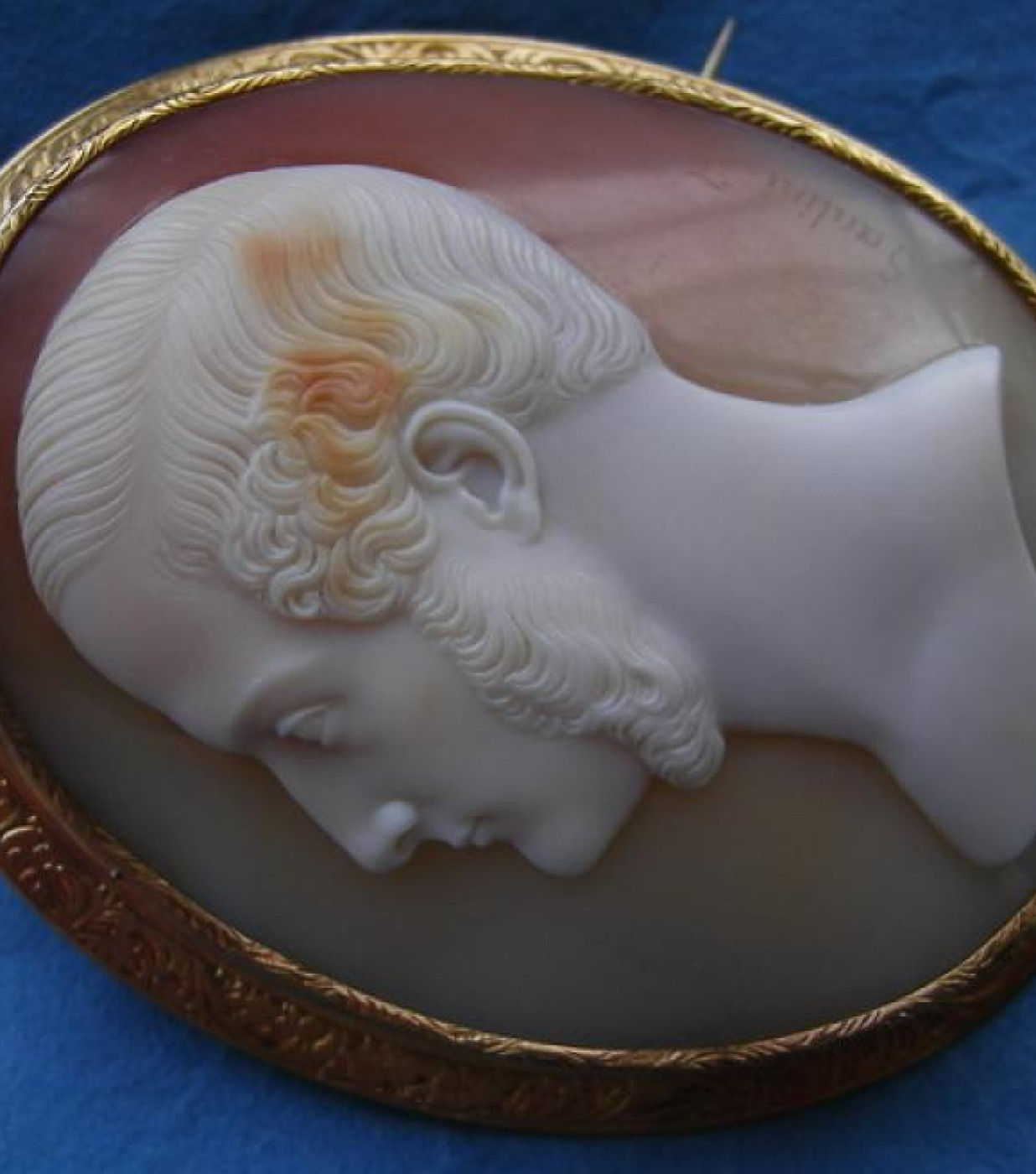 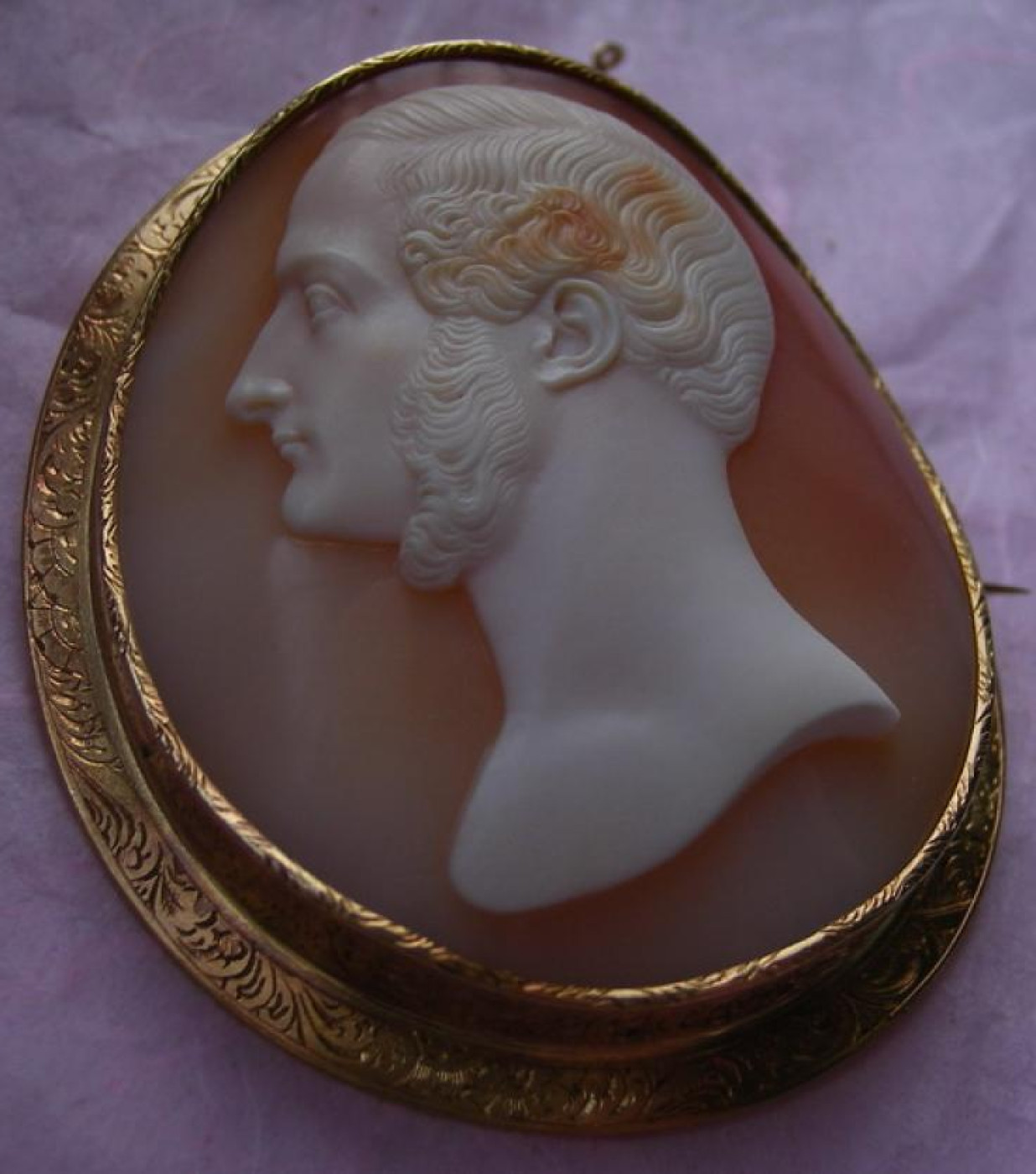 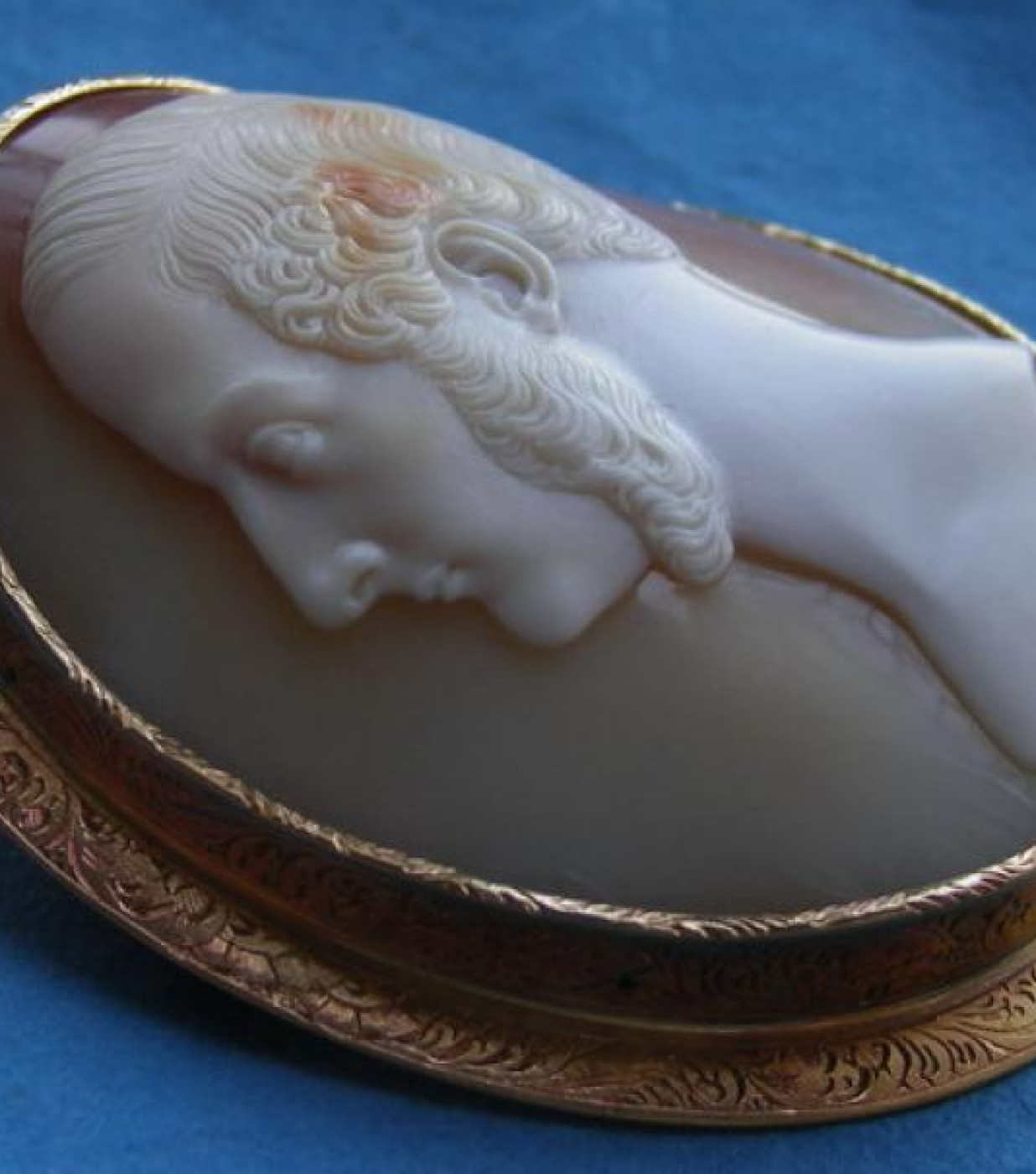 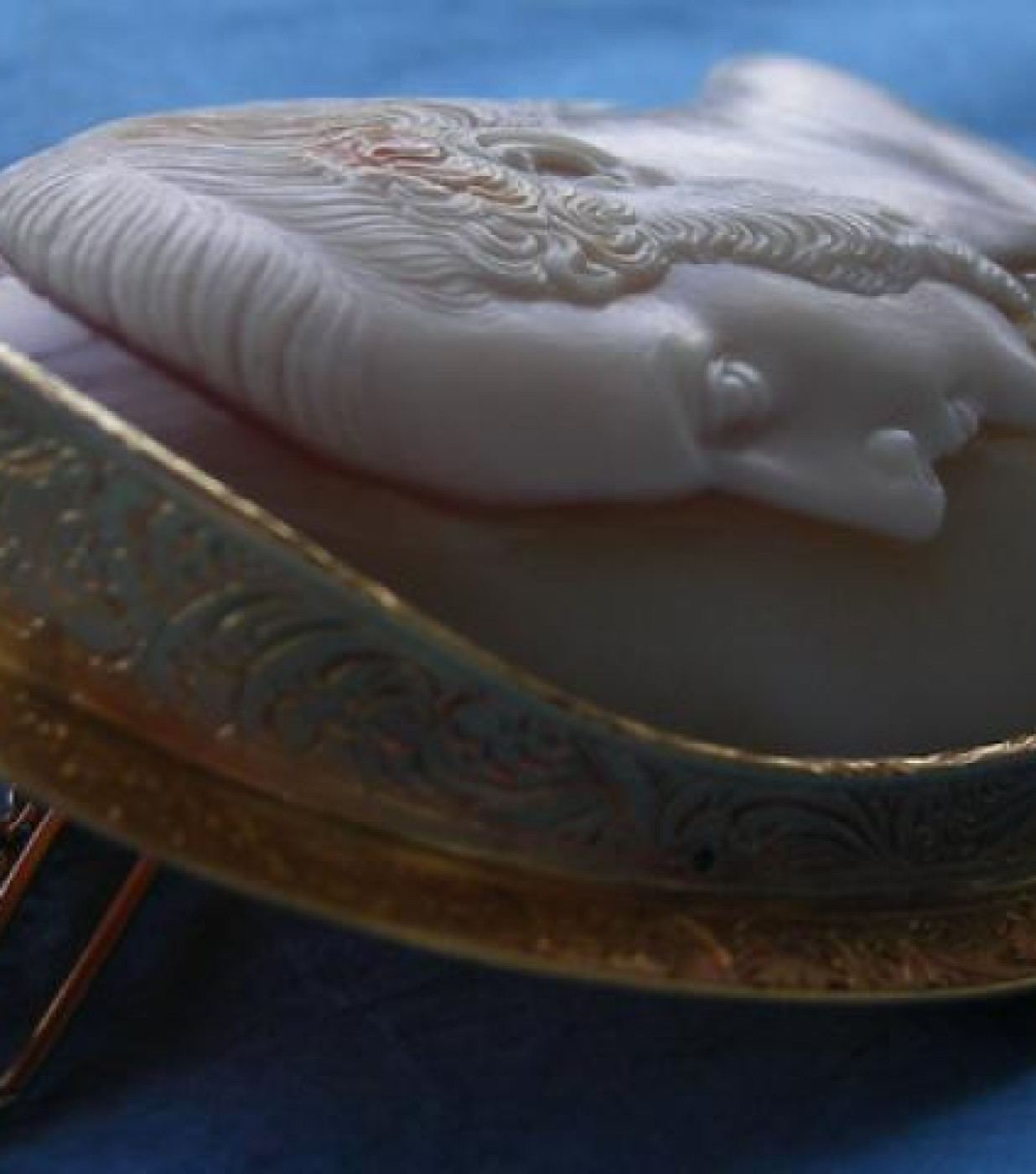 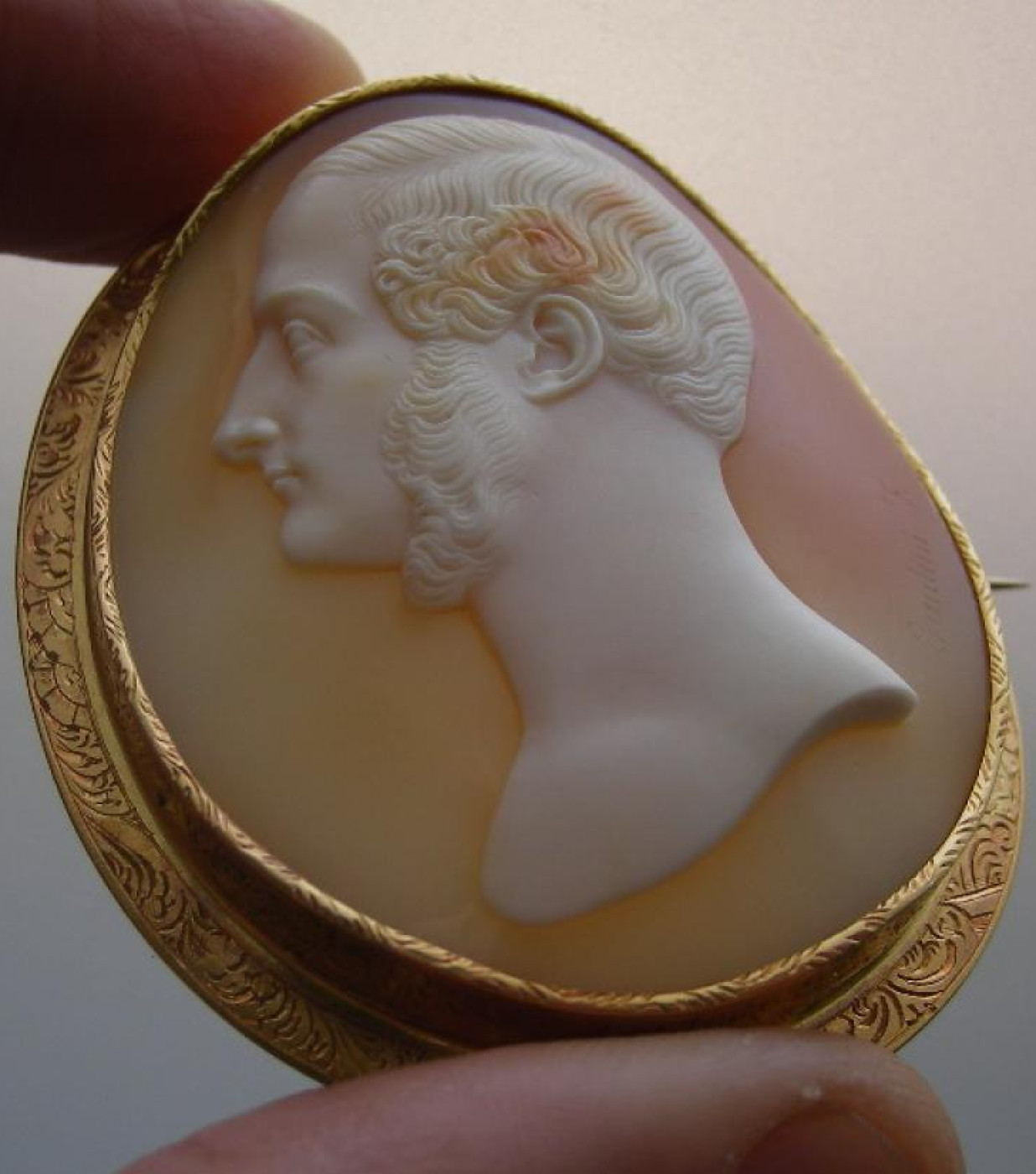 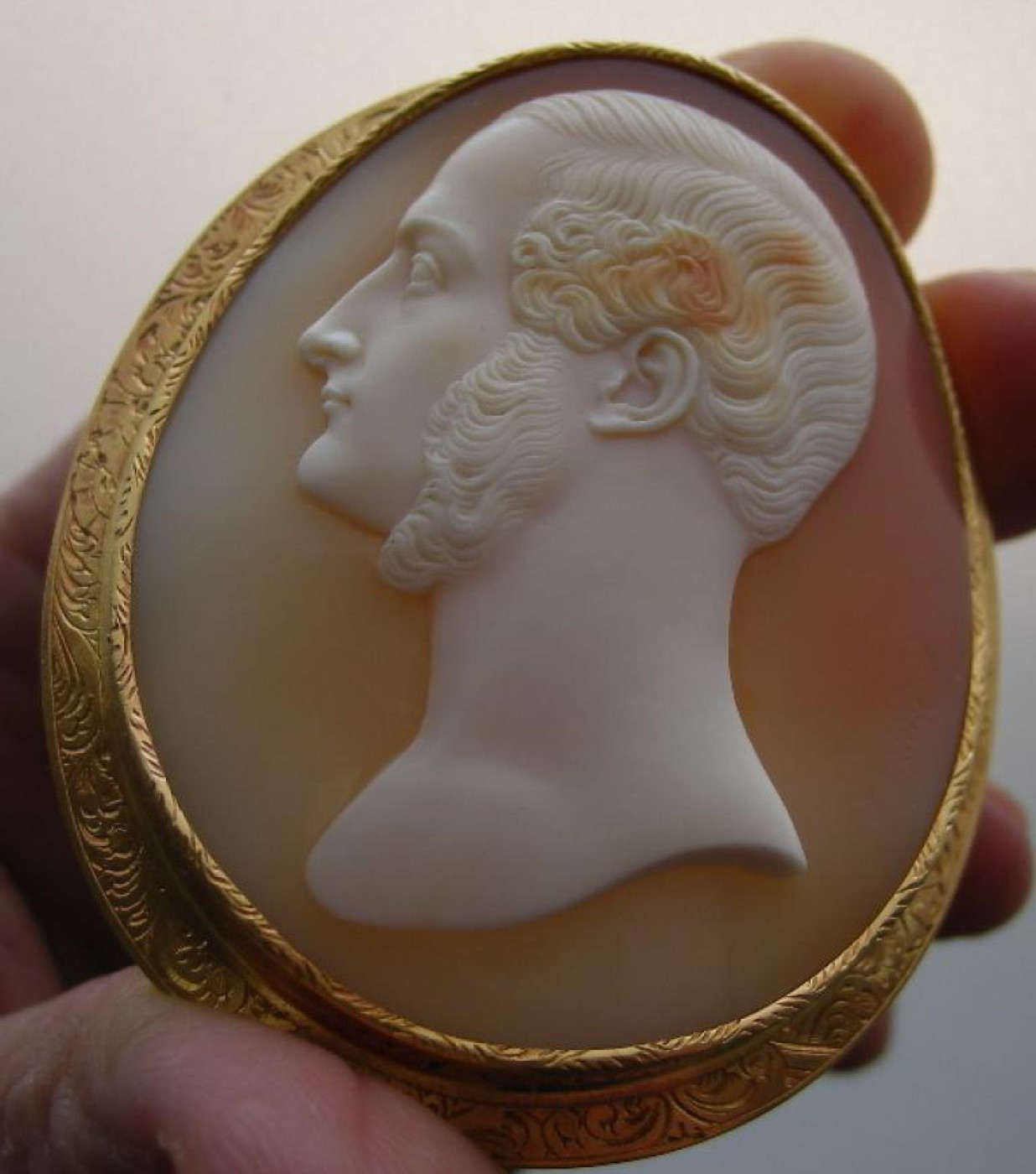 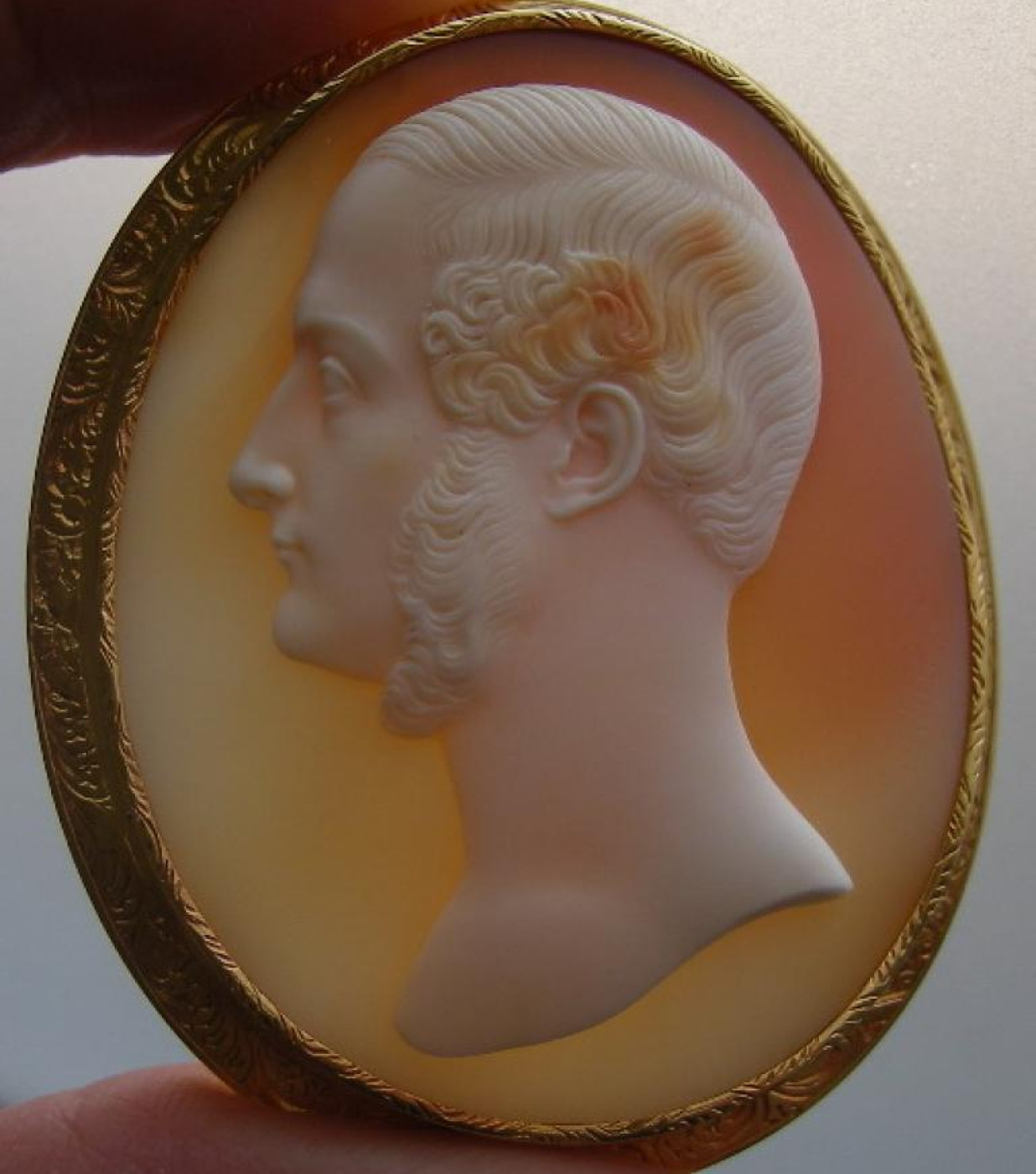 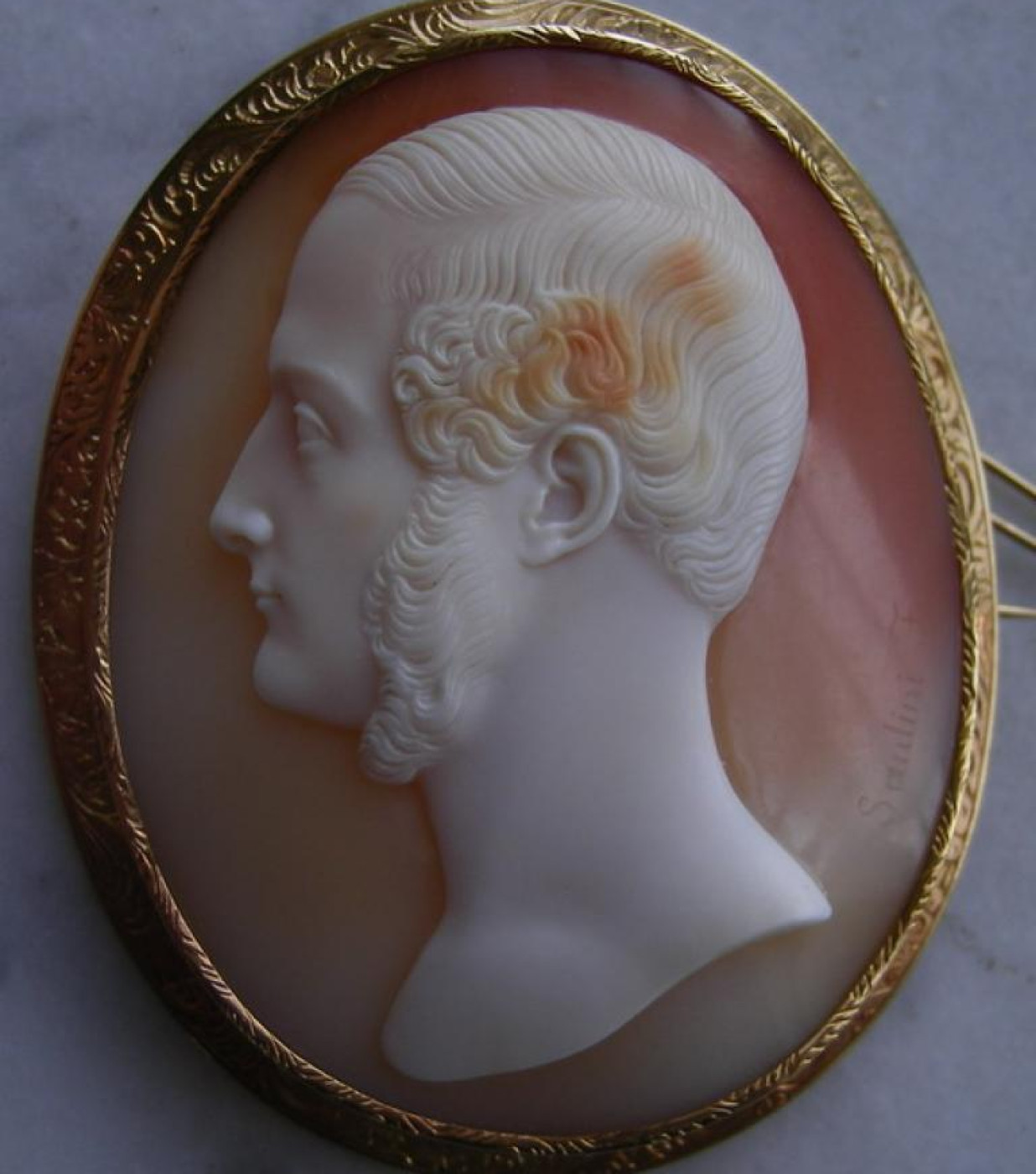 Another more than museum quality cameo signed by Saulini, this one is signed "Saulini F." the "F" stays for Fecit (latin) and means "made" or "by the hand of".  Very large one depicting  probably Prince Albert, the Consort Prince and husband of Queen Victoria. I was told that this cameo depicts just Prince Albert, I'm not too certain that it is just him because in this cameo he's depicted without his moustache but perhaps this is a depiction of a younger Prince Albert when he did not wear any moustache.  This is a wonderful cameo circa 1840, mounted with 18 kt gold tested.  Look at the expression of his face, so pensive, he seems alive. The muscles of his face, the perfection of the carving of his facial features,  of his hair, of his beard and particularly of his ear, carved even in the inside details, all is perfectly rendered. The bust seems to jump out from the shell. This is a real artwork. The frame is wonderful and made of 18 k gold. This is an incredible work of art,  very detailed cameo, carved by an artist and signed.  Saulini's have made the real History of the cameo's carving art.  Rarest cameo and subject very desirable collectors' piece.