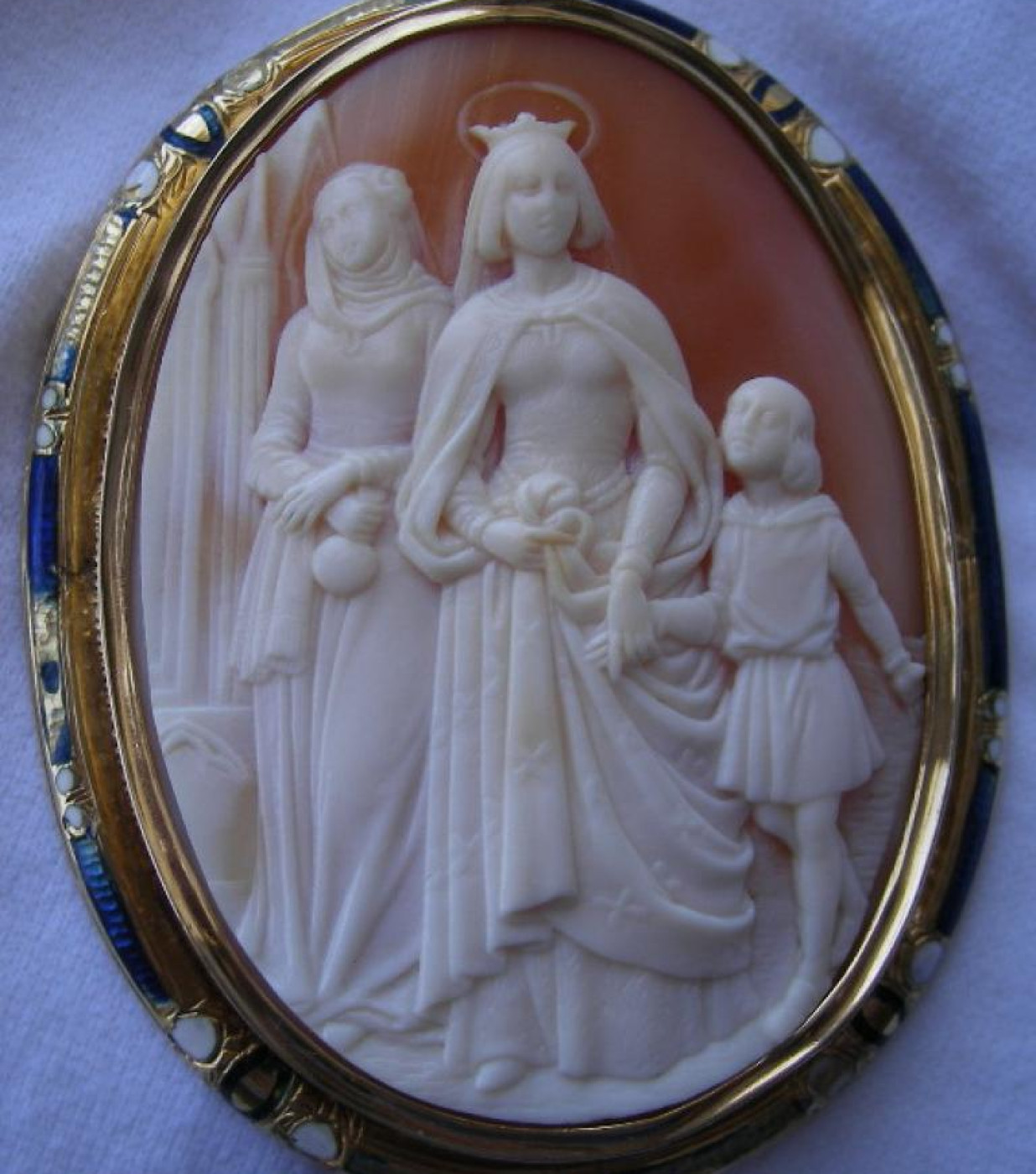 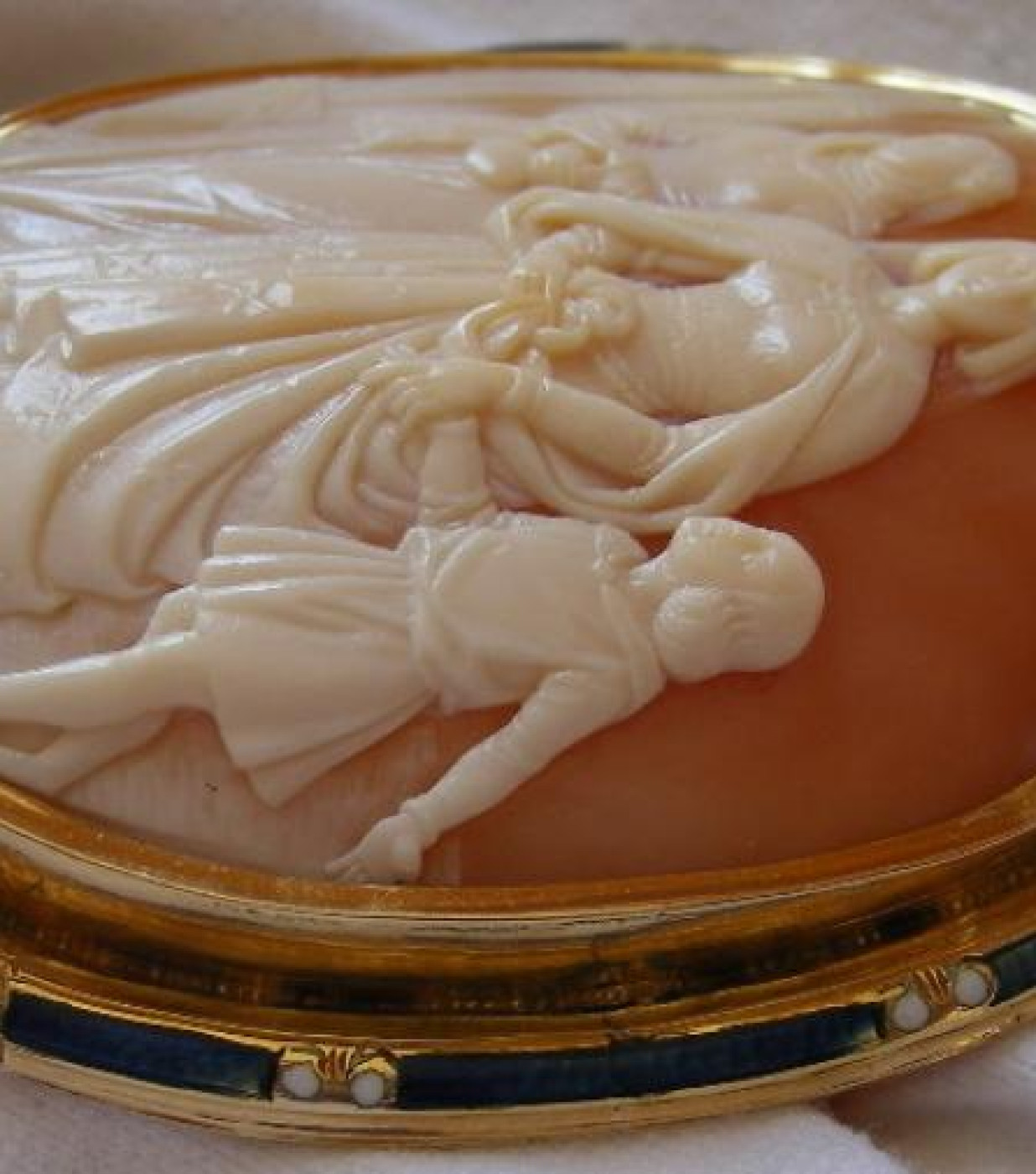 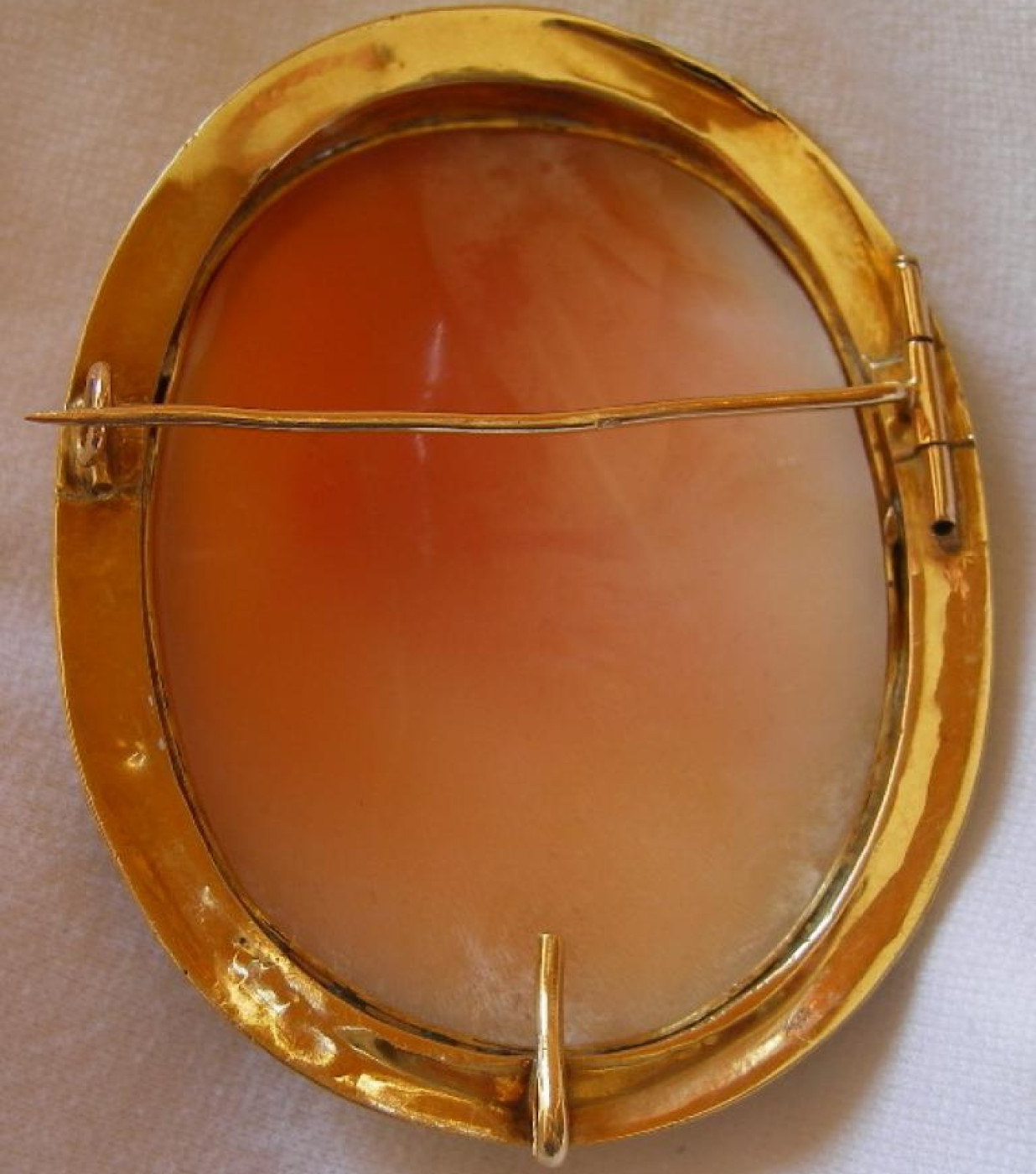 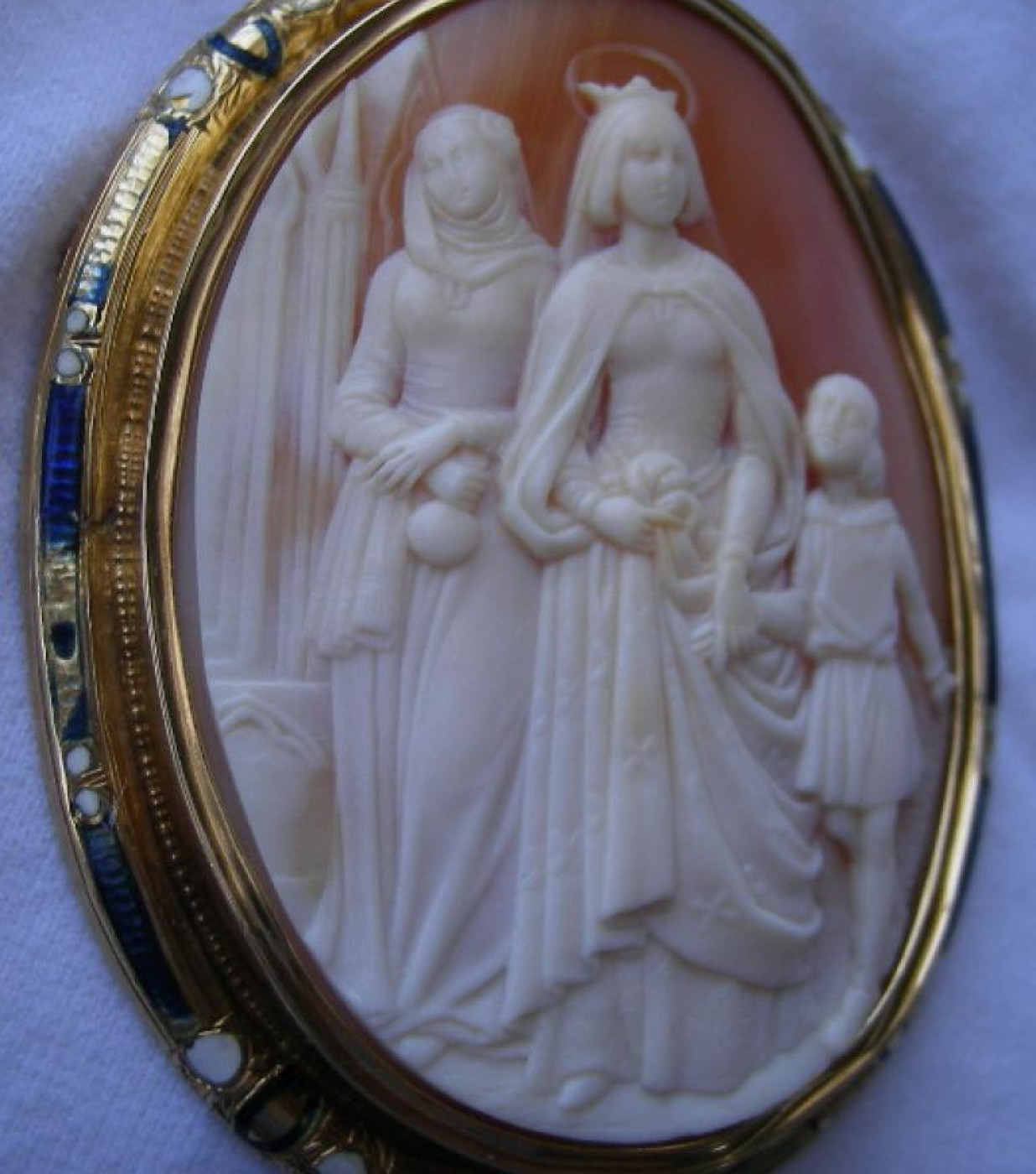 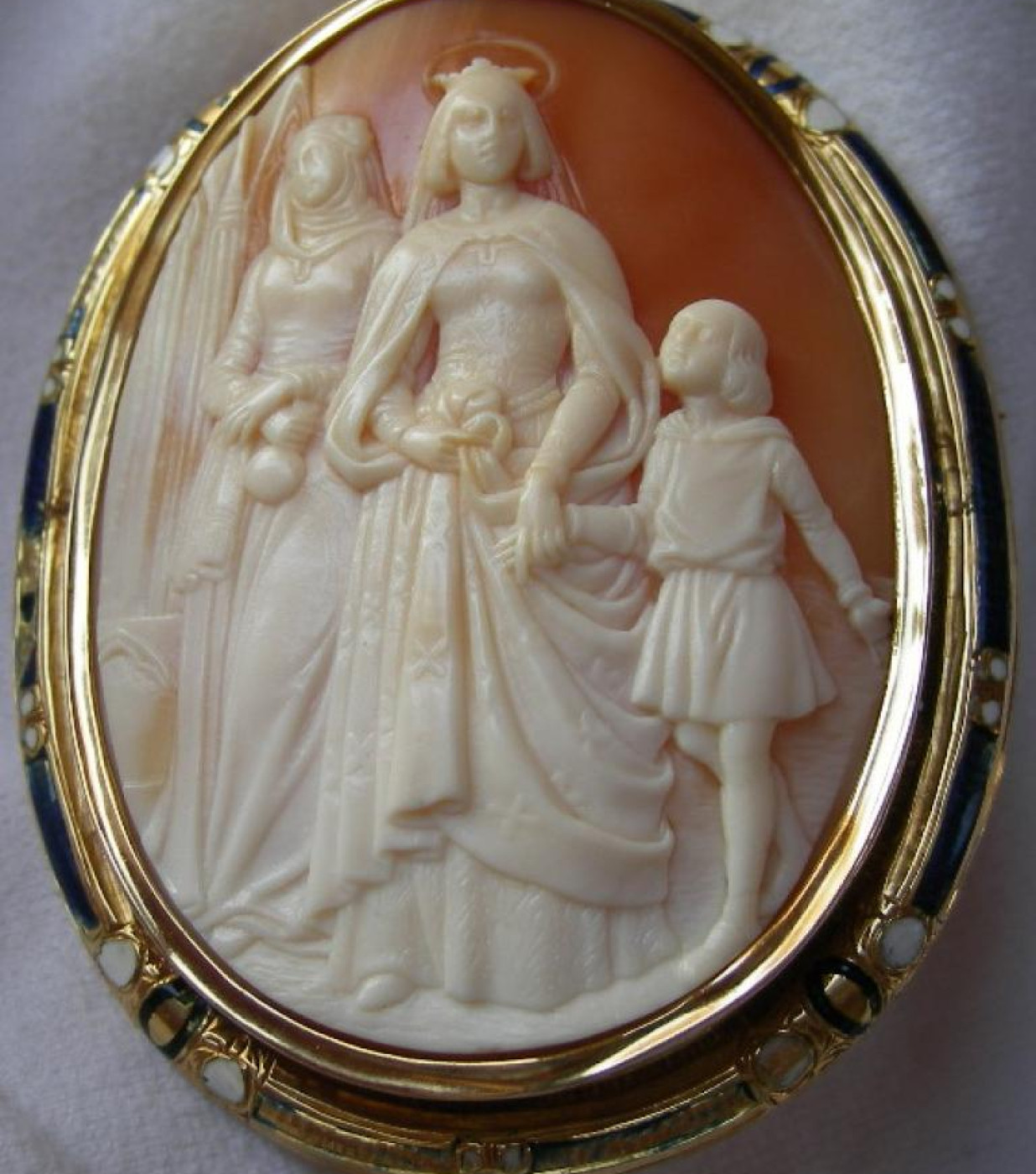 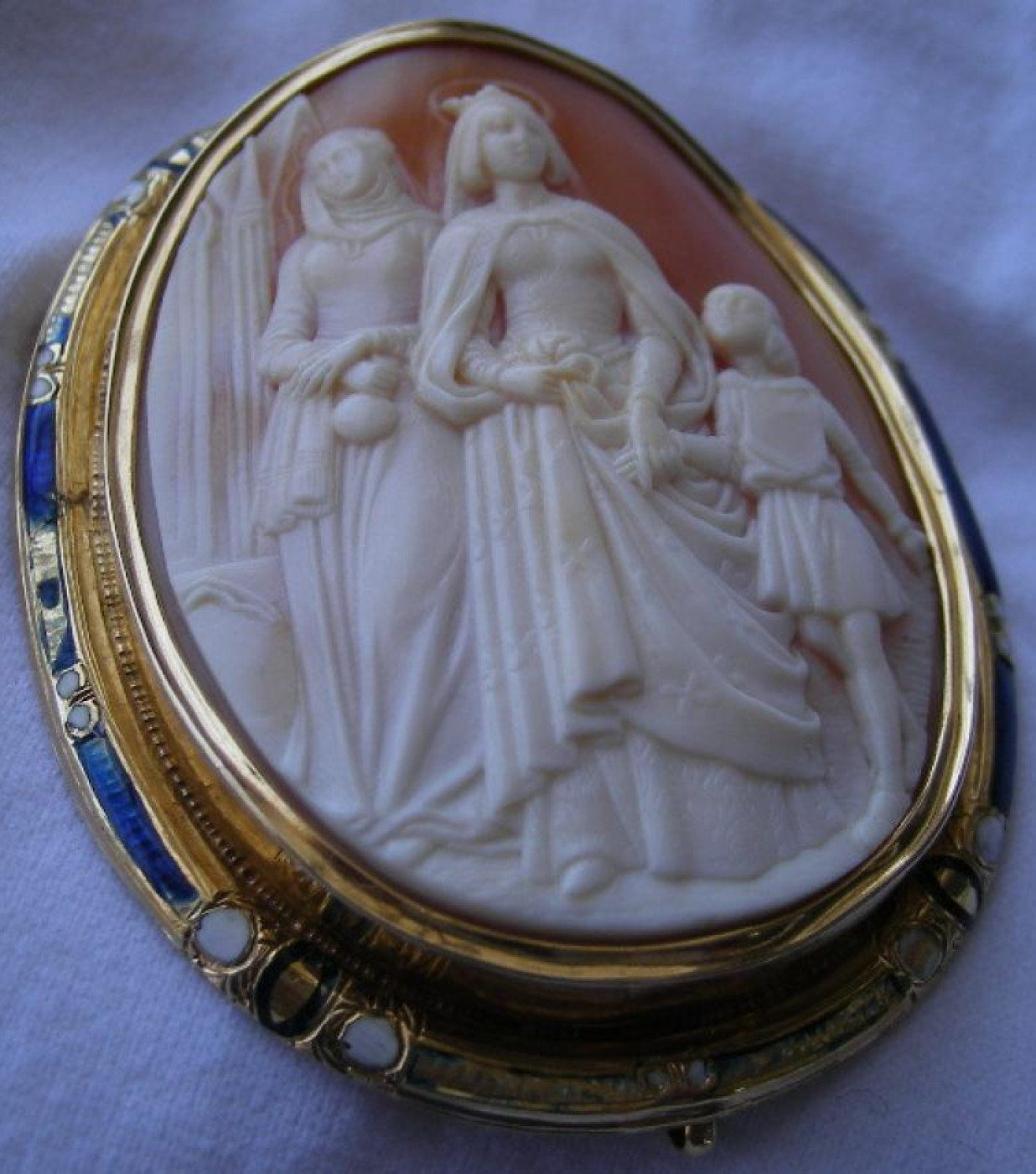 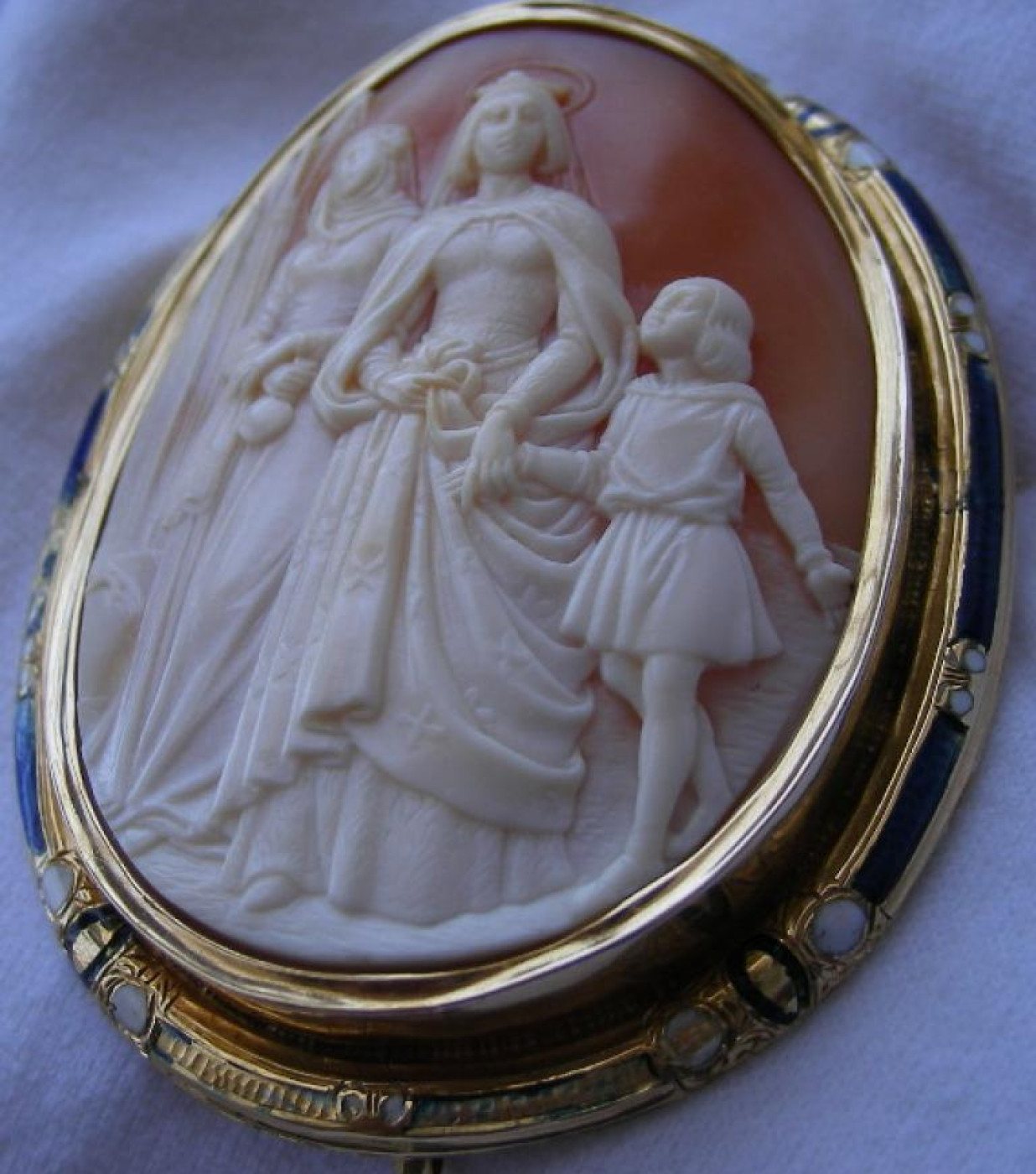 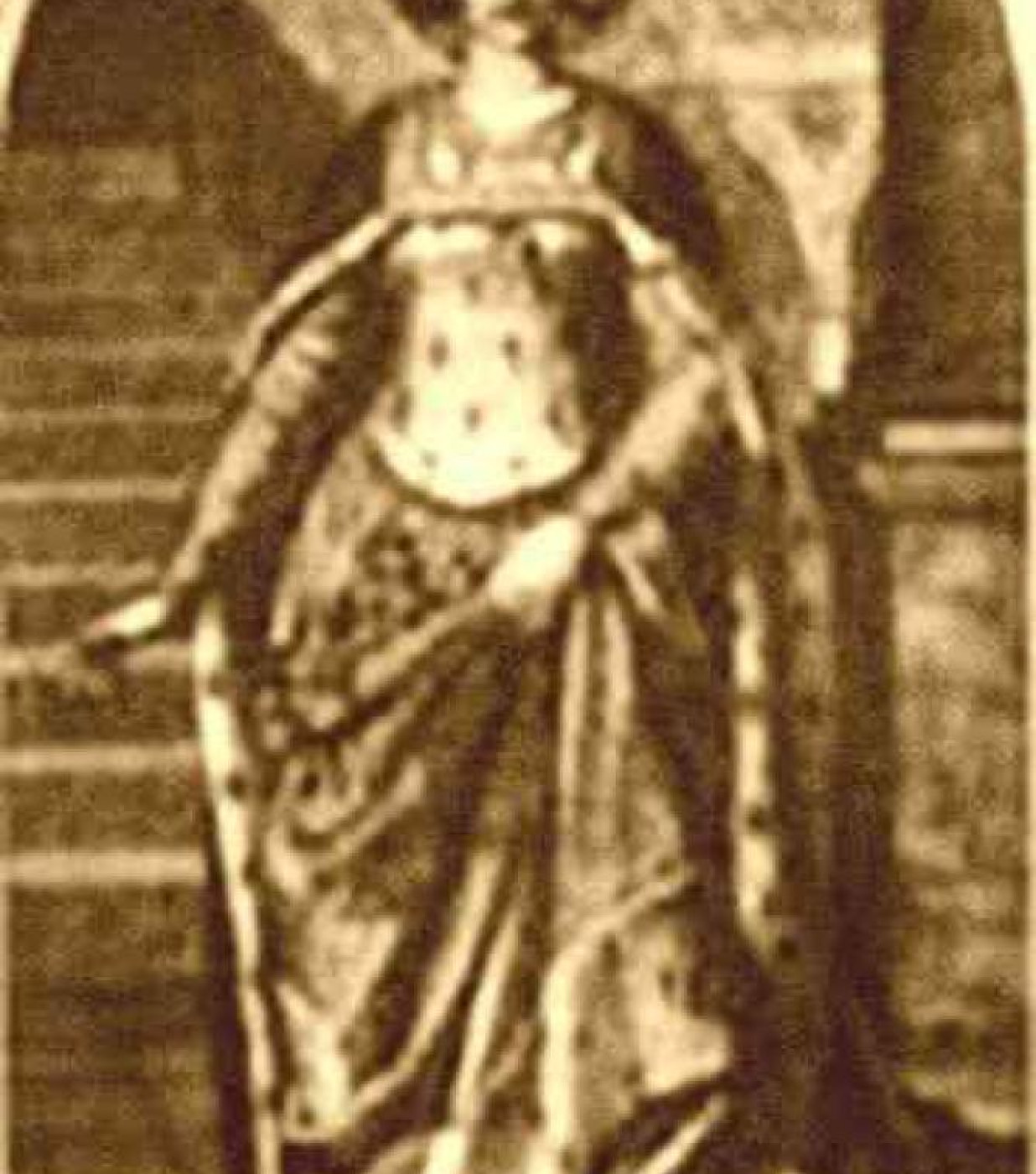 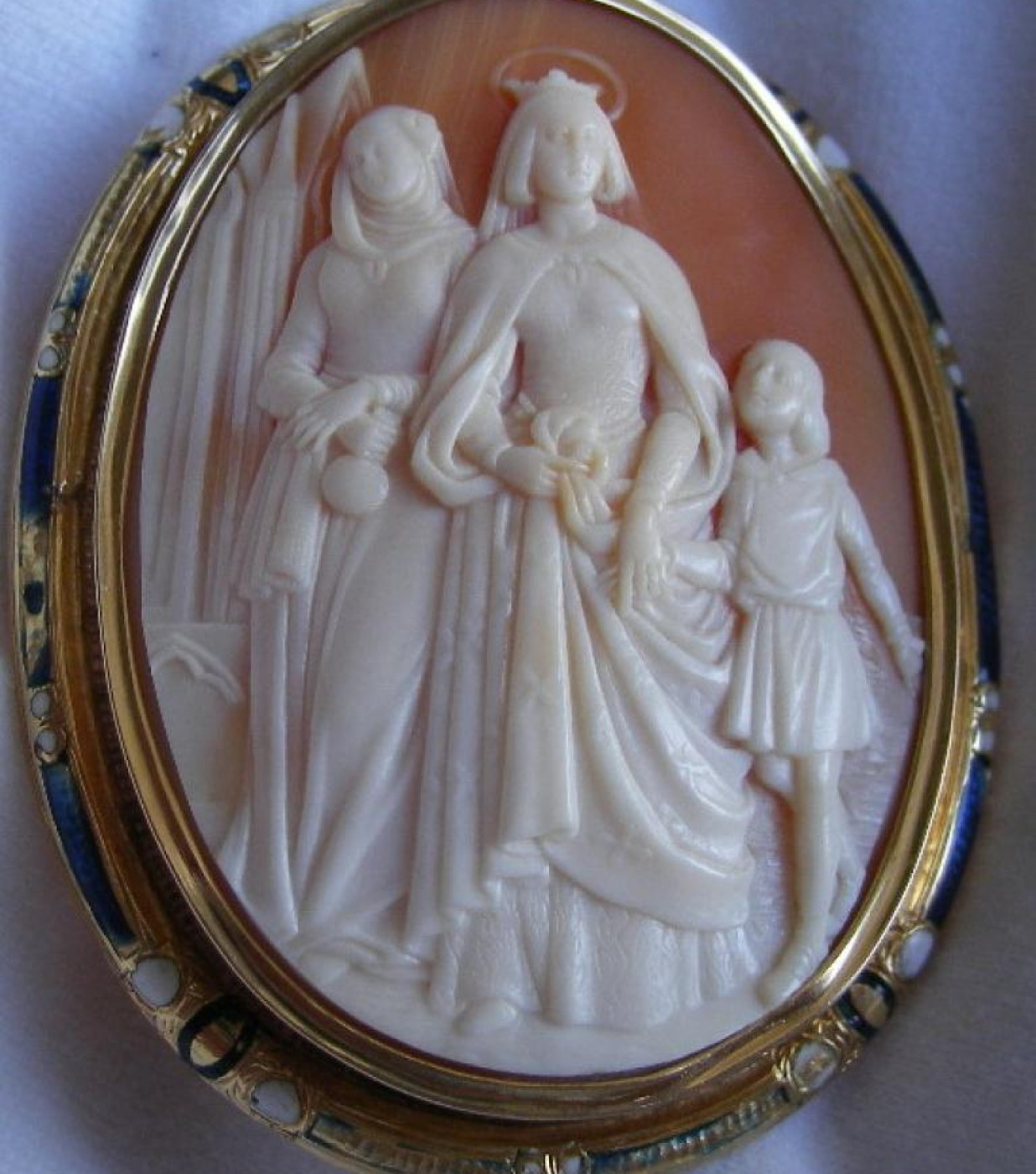 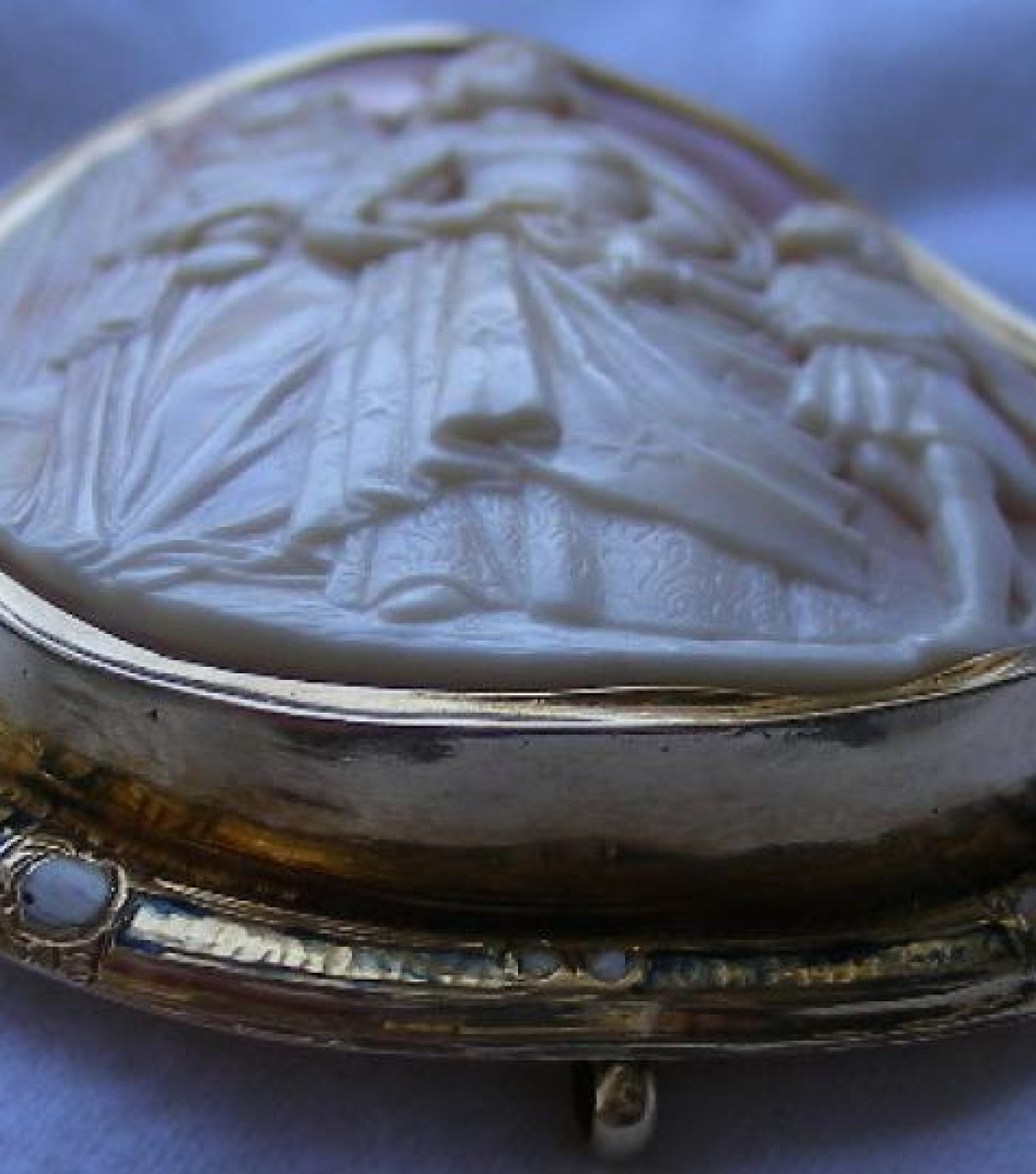 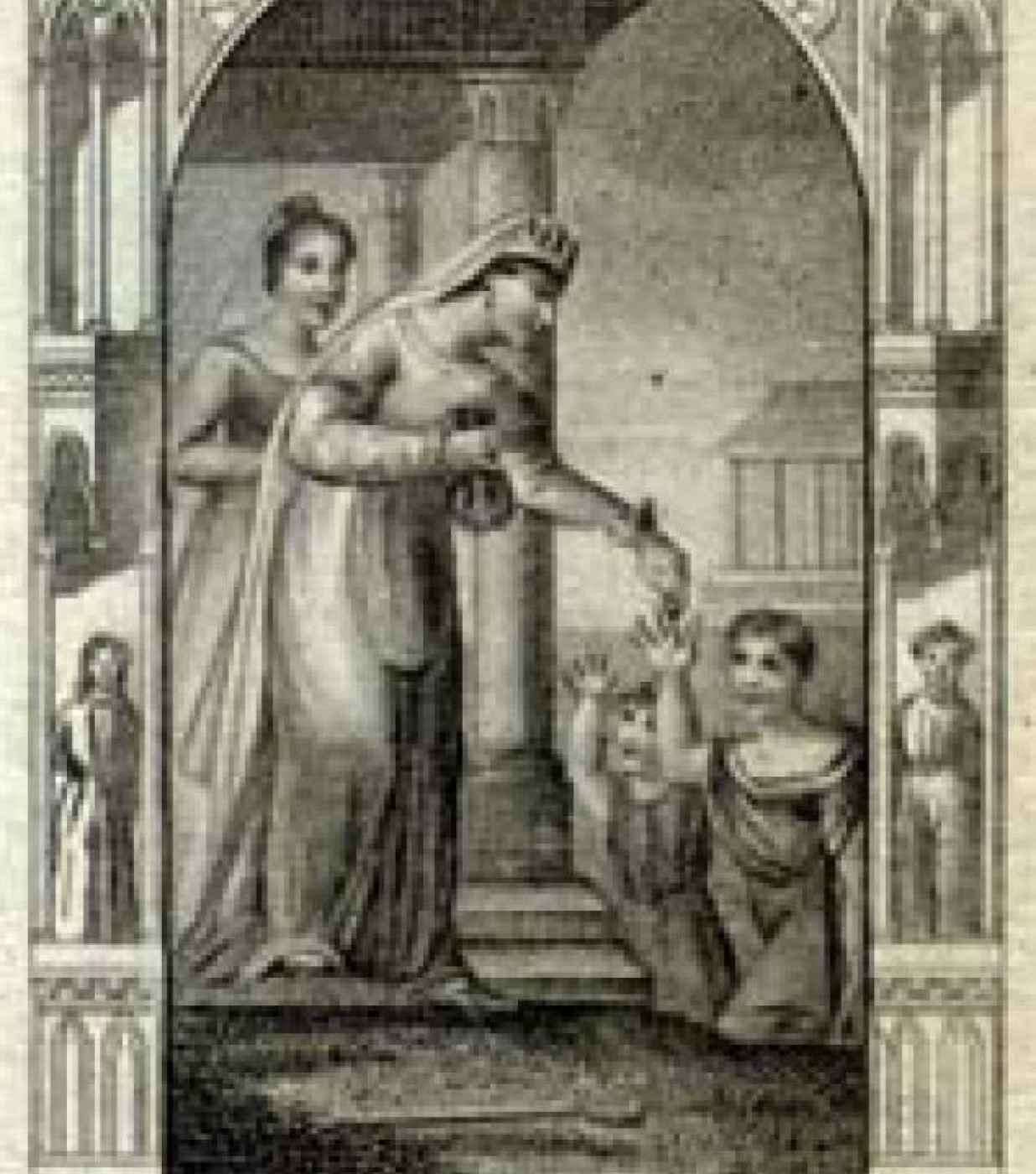 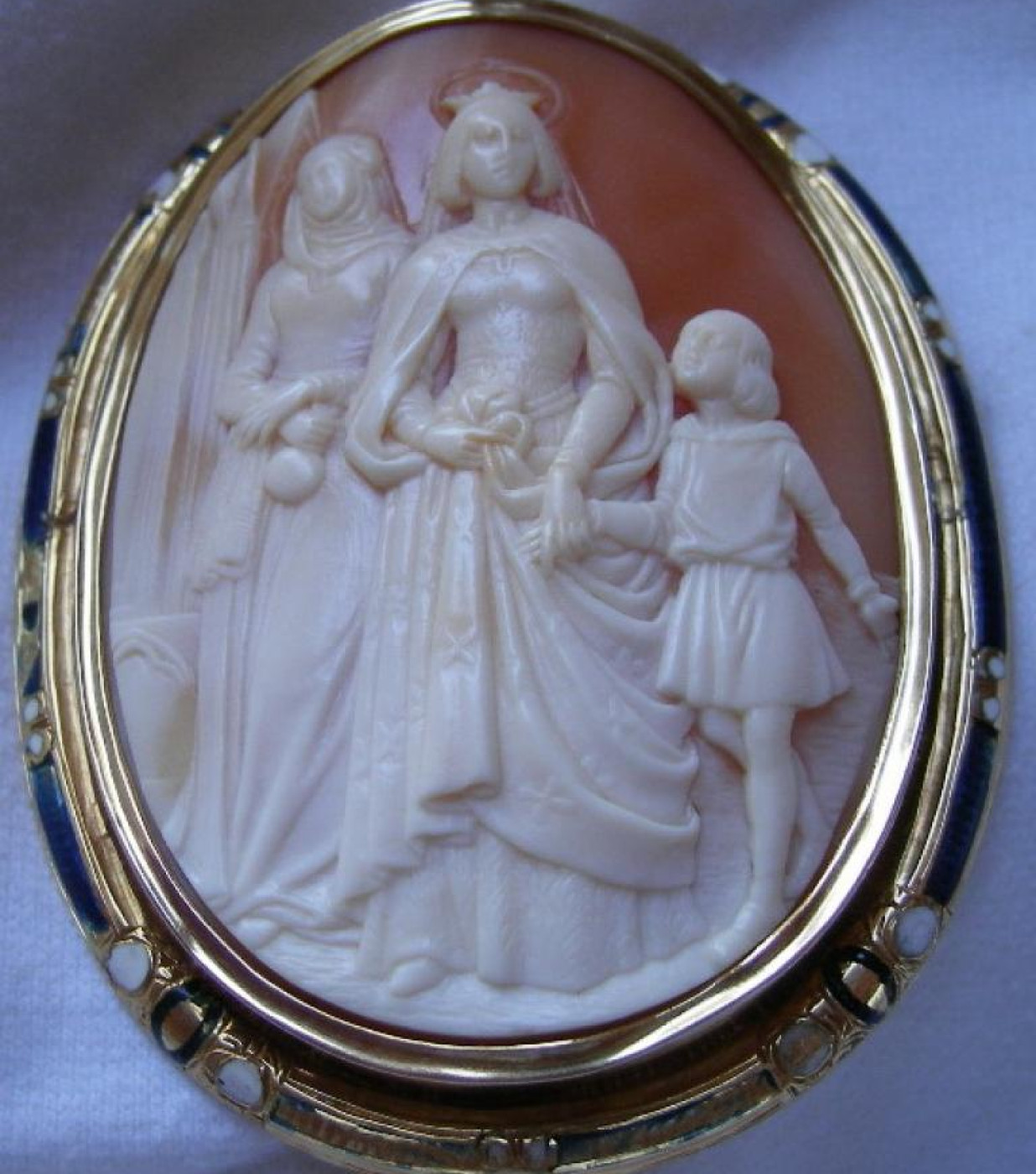 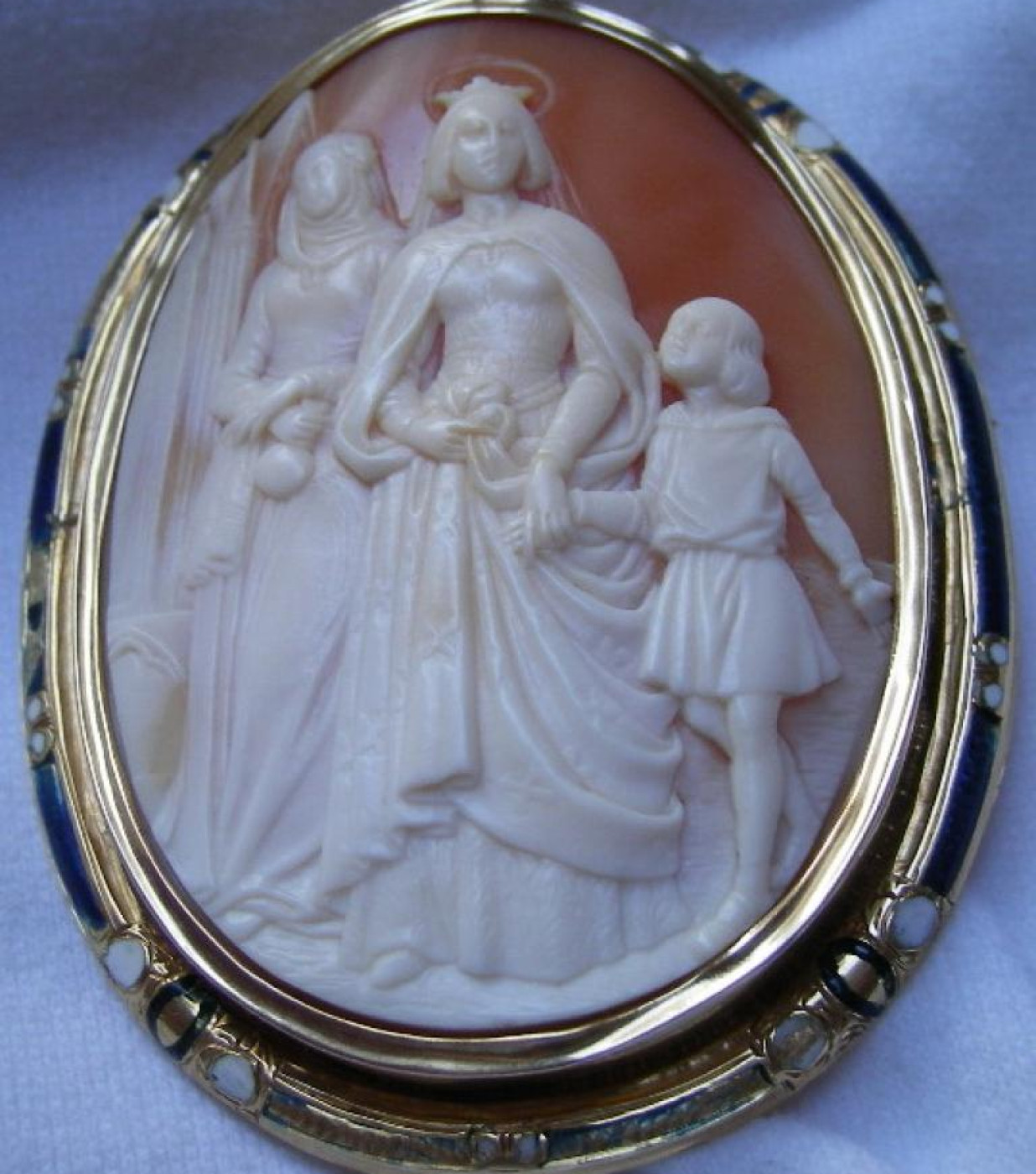 Museum Quality Cameo depicting The Holy Queen Isabel of Portugal . A rarest subject never seen before now. Elizabeth, or Isabel, (1271/1336) daughter of King Peter III of Aragon, was named after her great-aunt,Elizabeth of Hungary, but she is known in Portugal by the Spanish form of that name, Isabela.  She was the wife of King Dinis of Portugal.  She was canonized in 1625. She is reputed to have founded charities and hospitals.  In Portugal she is remembered for the miracle of the roses in which she was taking bread (or coins) to the poor only to be asked by her less than generous husband what she was carrying.  The bread (or coins) was miraculously transformed into roses, thereby appeasing her spouse. In this cameo she's depicted while she's giving charity. This is an incredible work of art, very detailed cameo, carved by an artist.  Rarest cameo and subject very desirable collectors' piece.