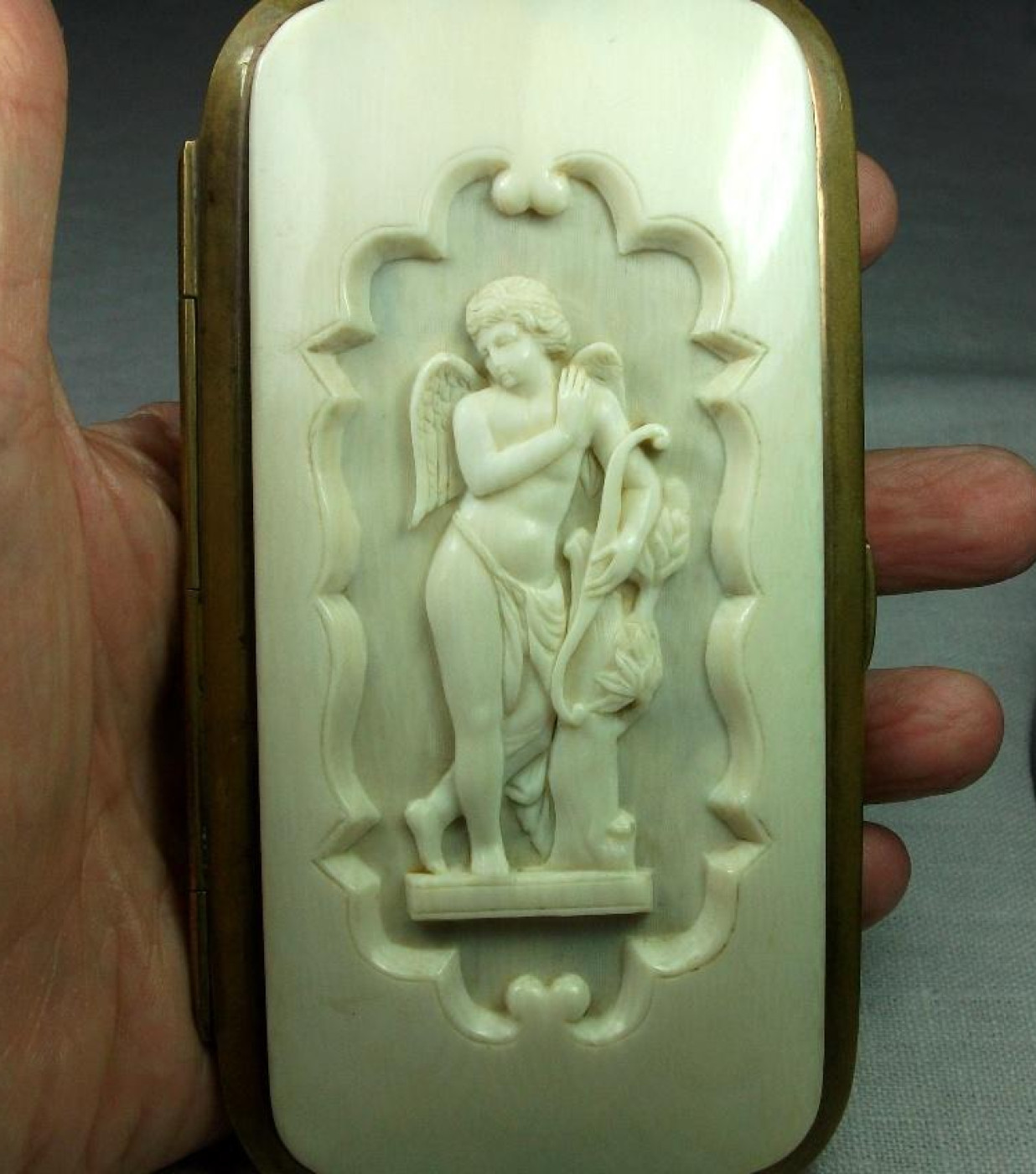 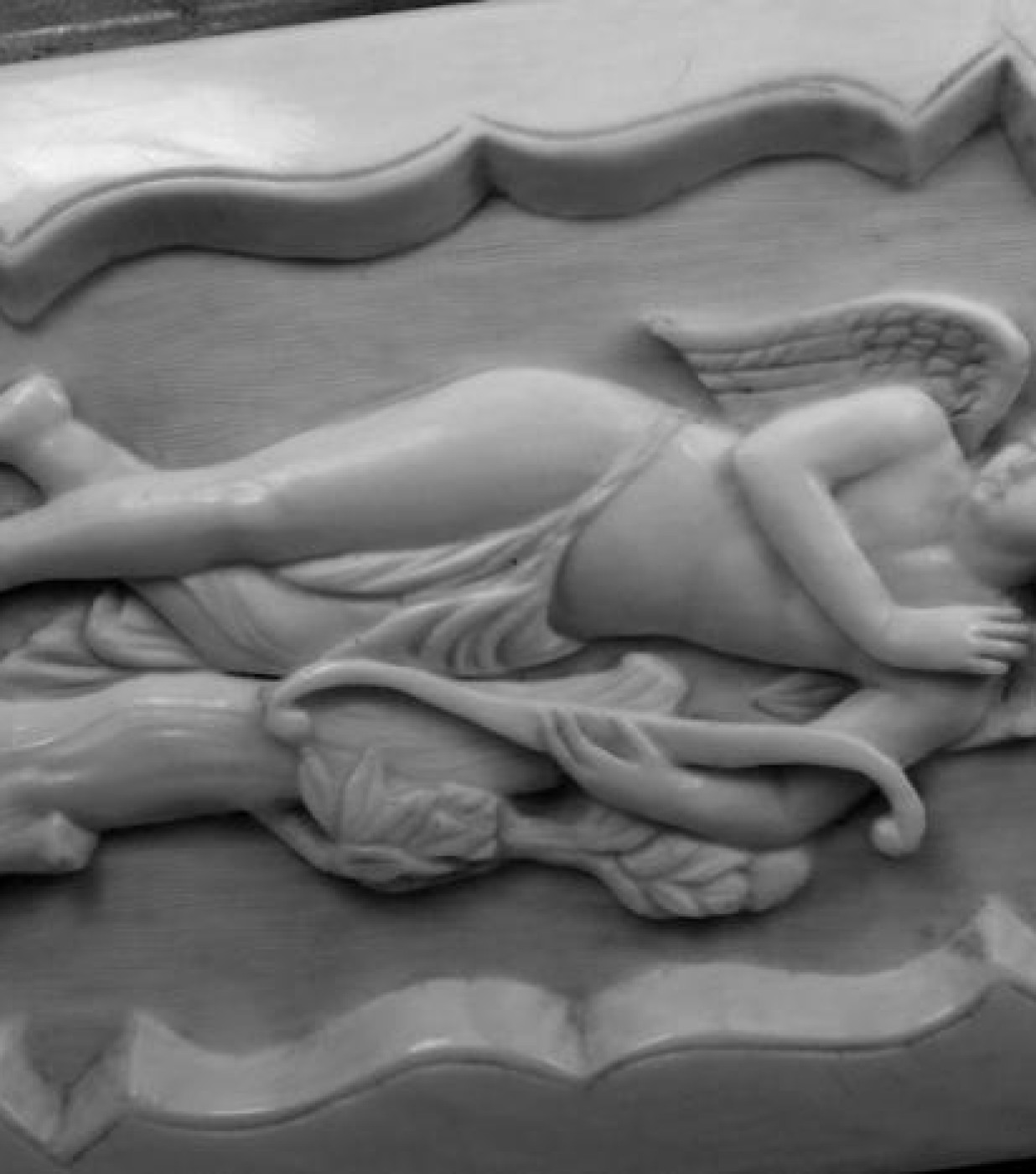 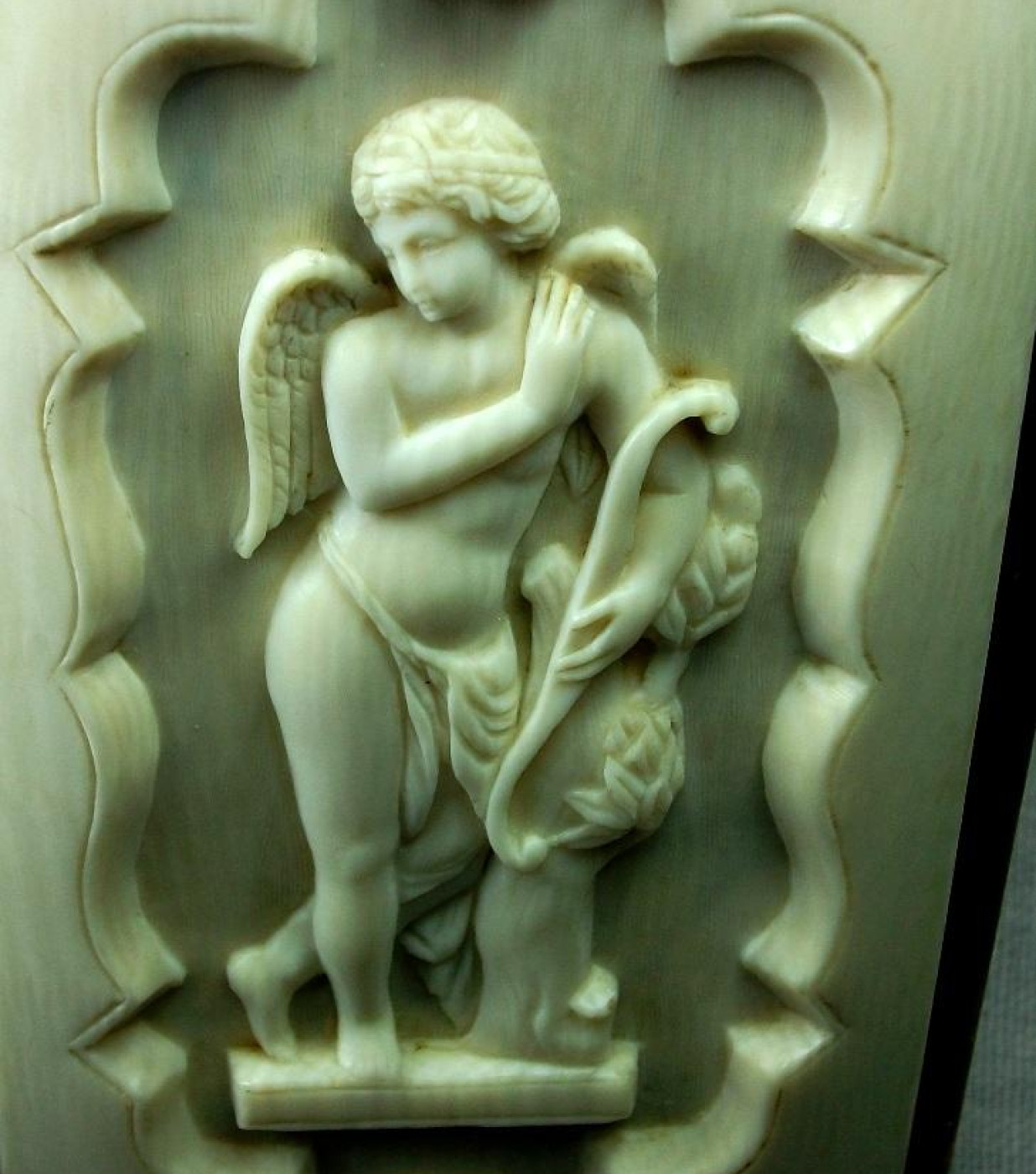 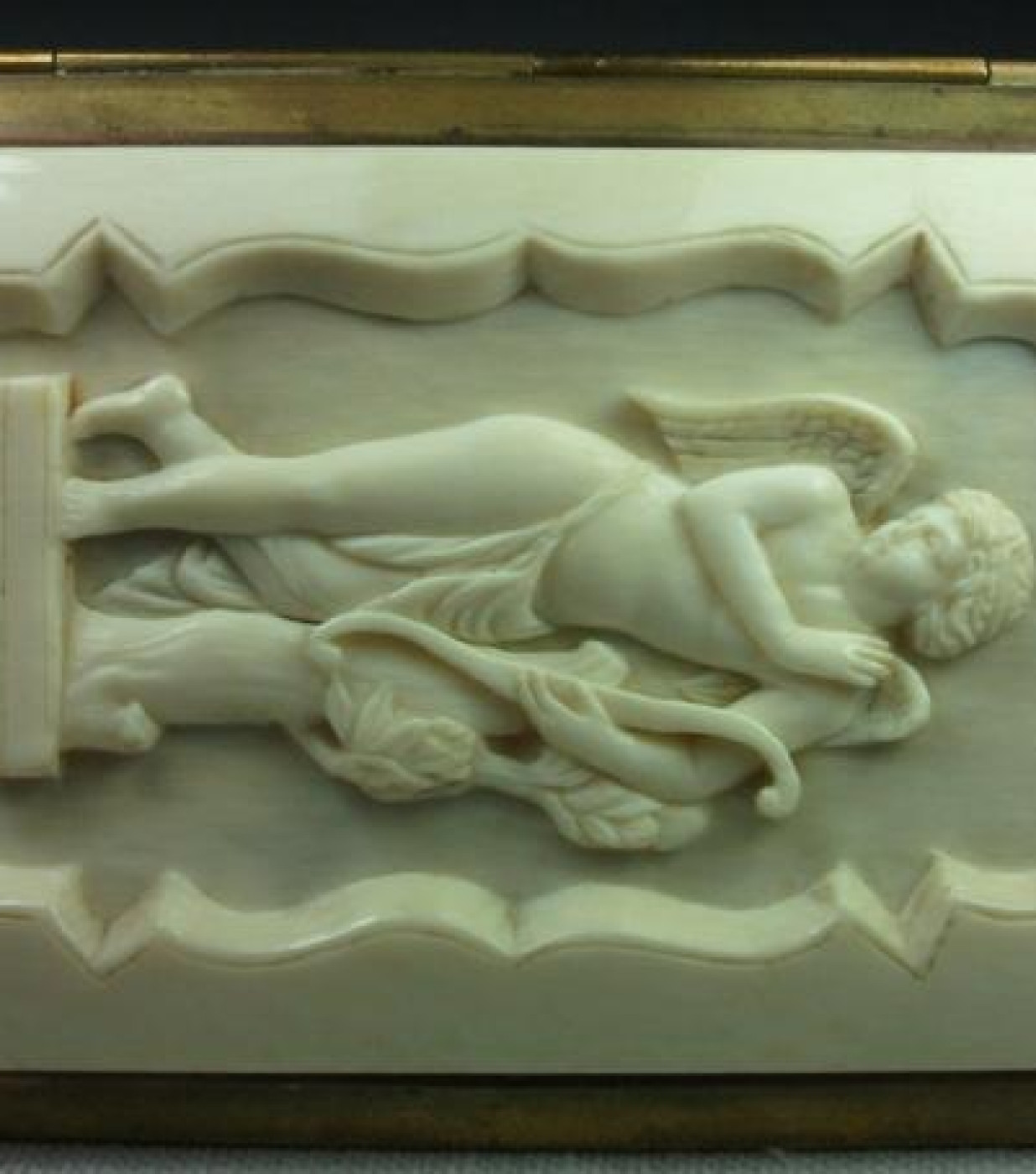 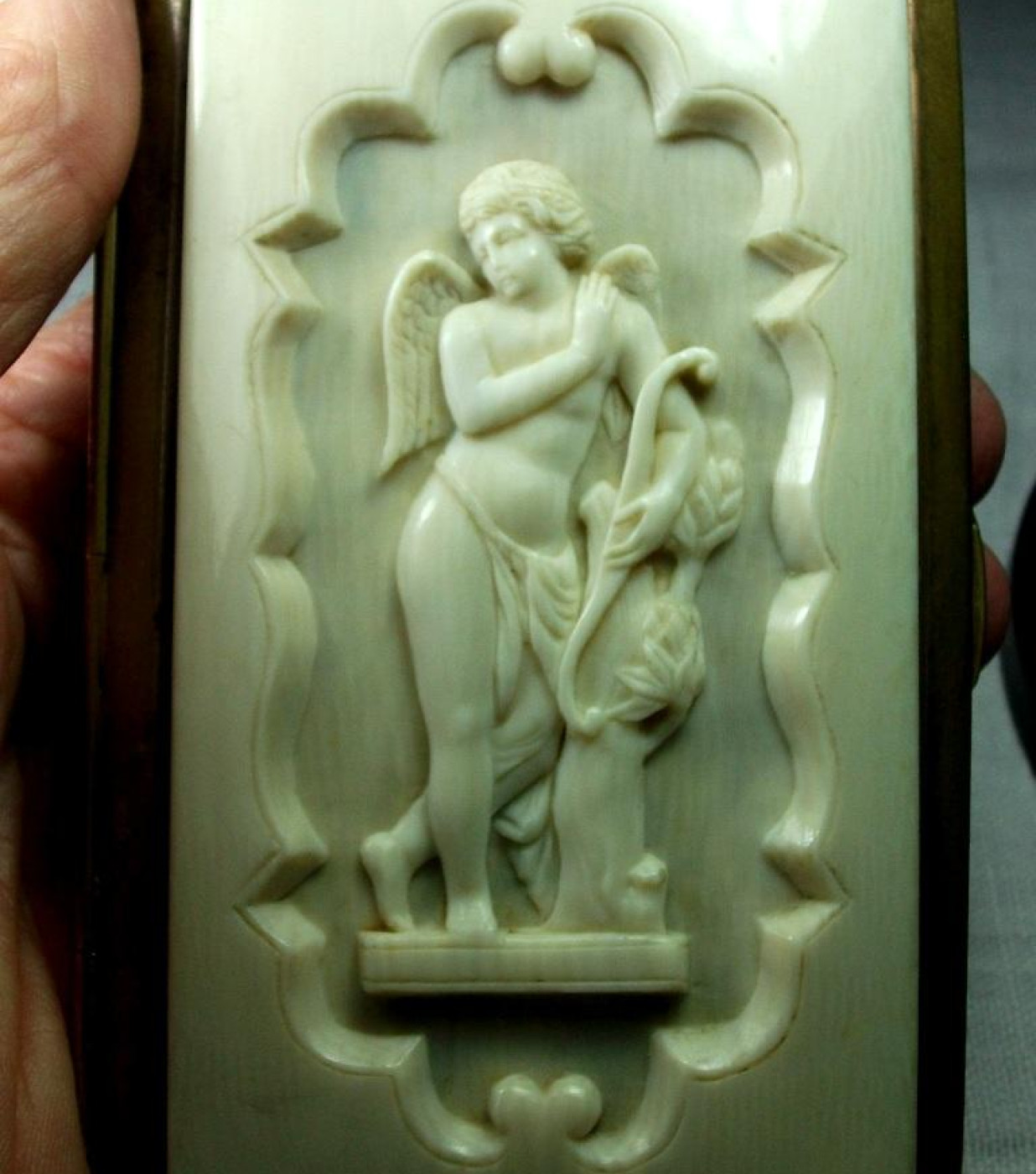 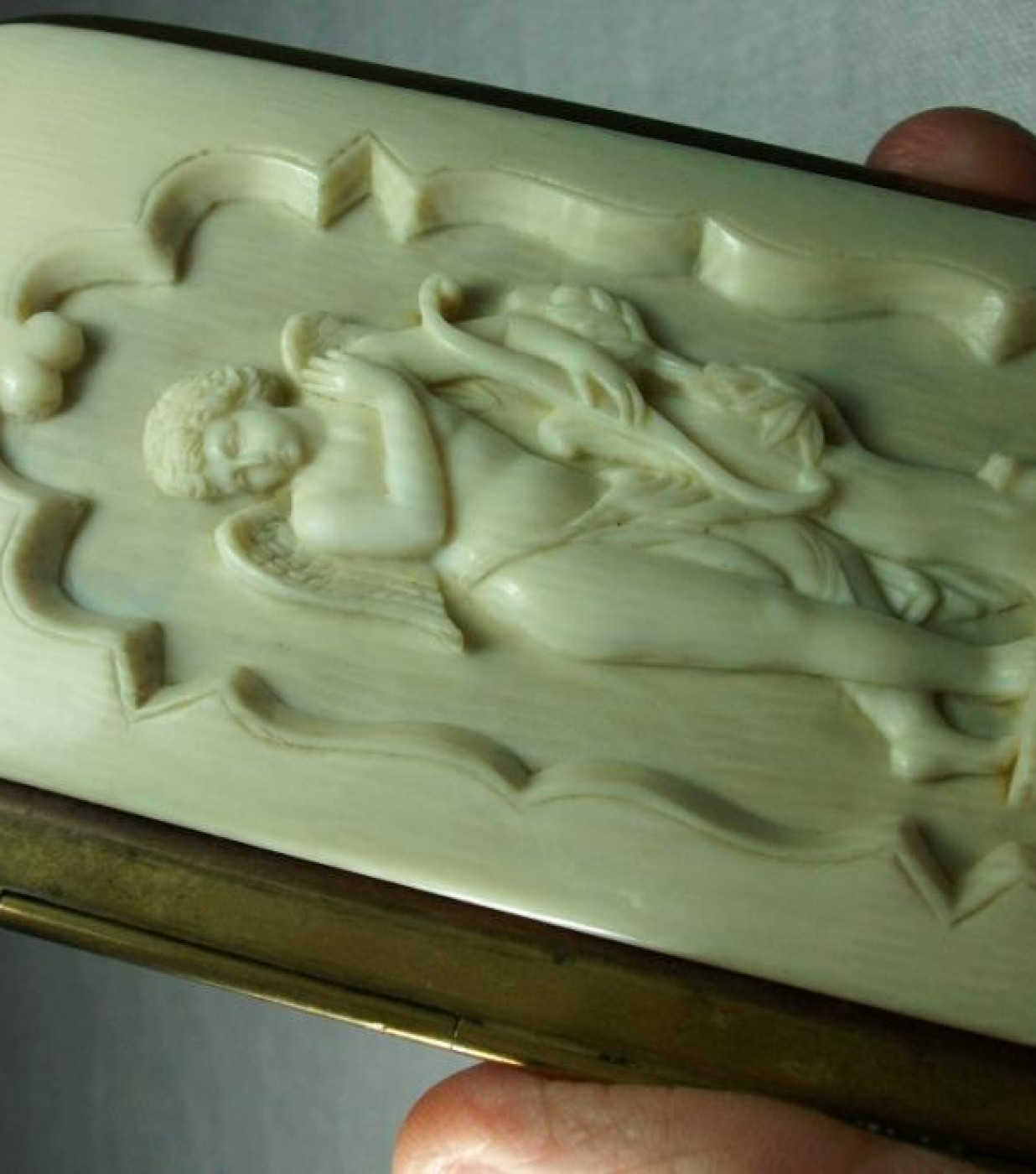 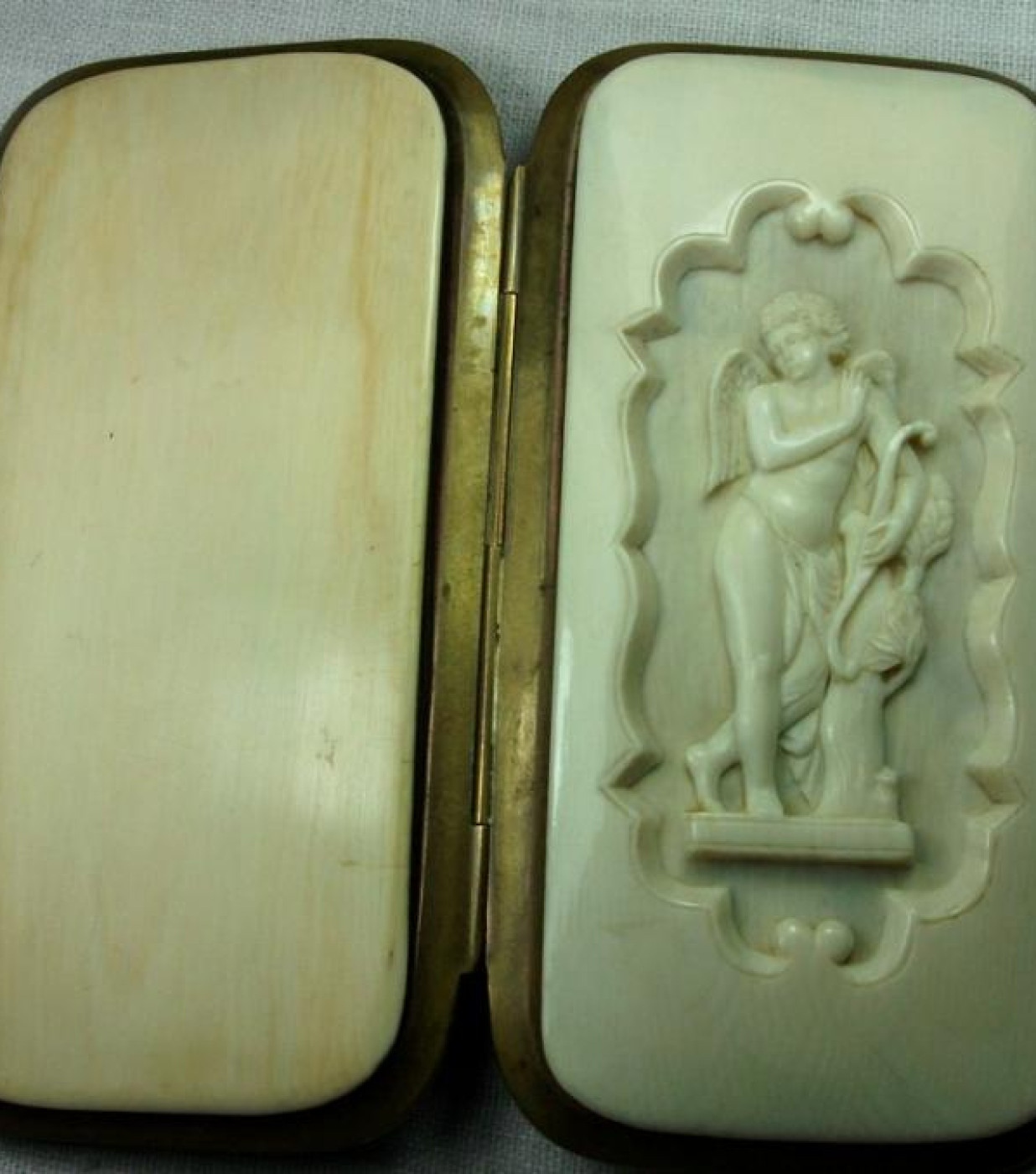 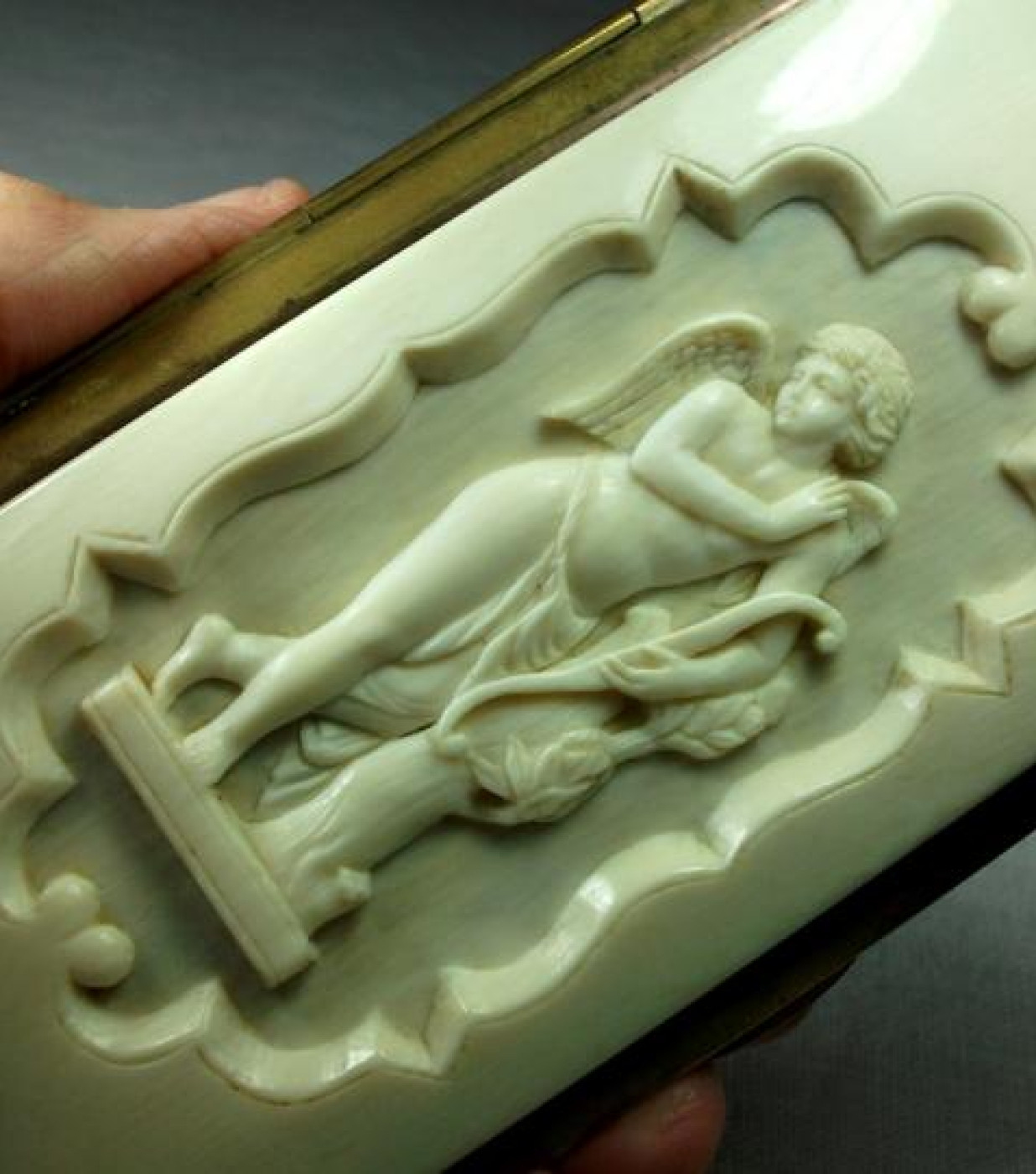 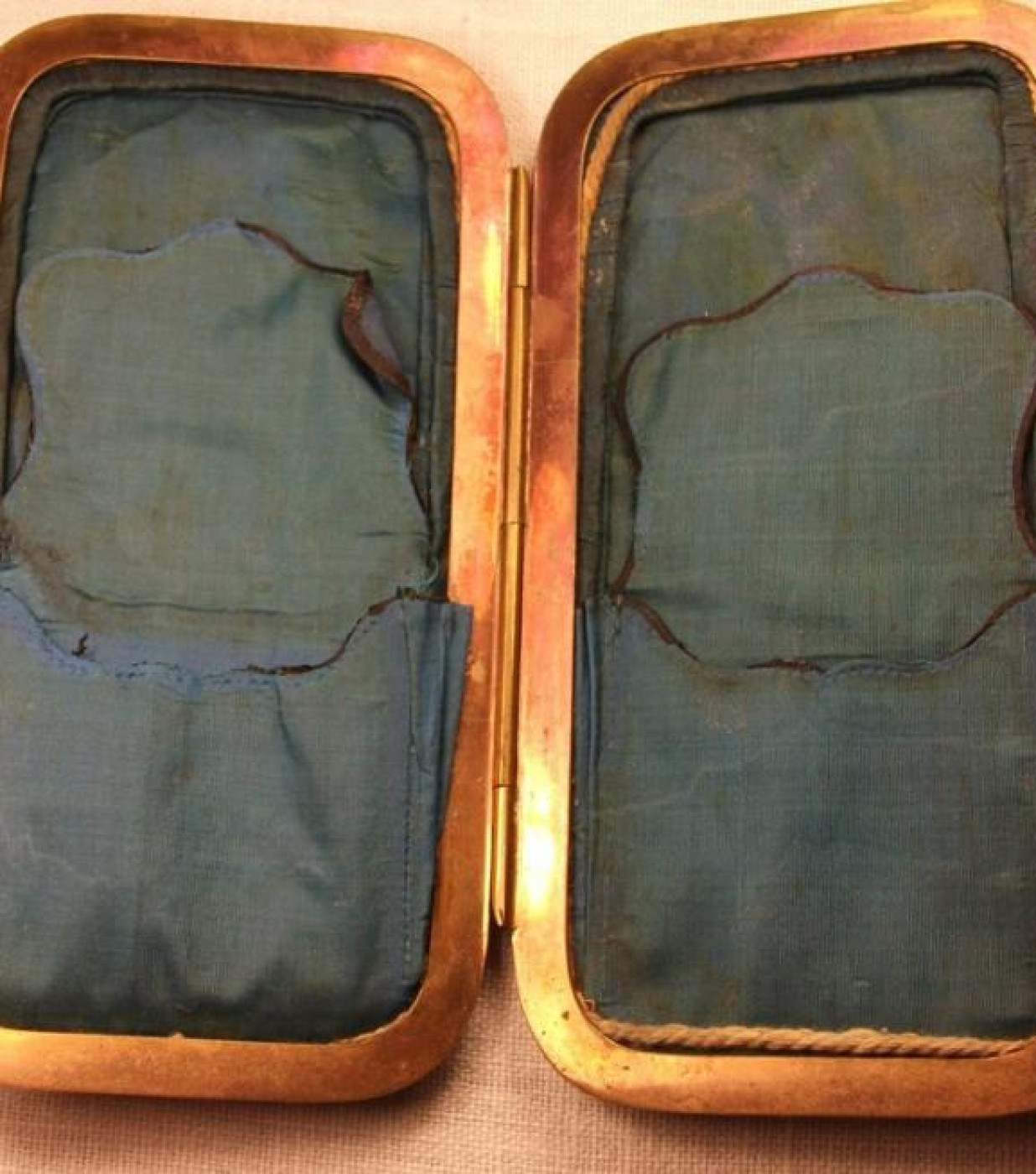 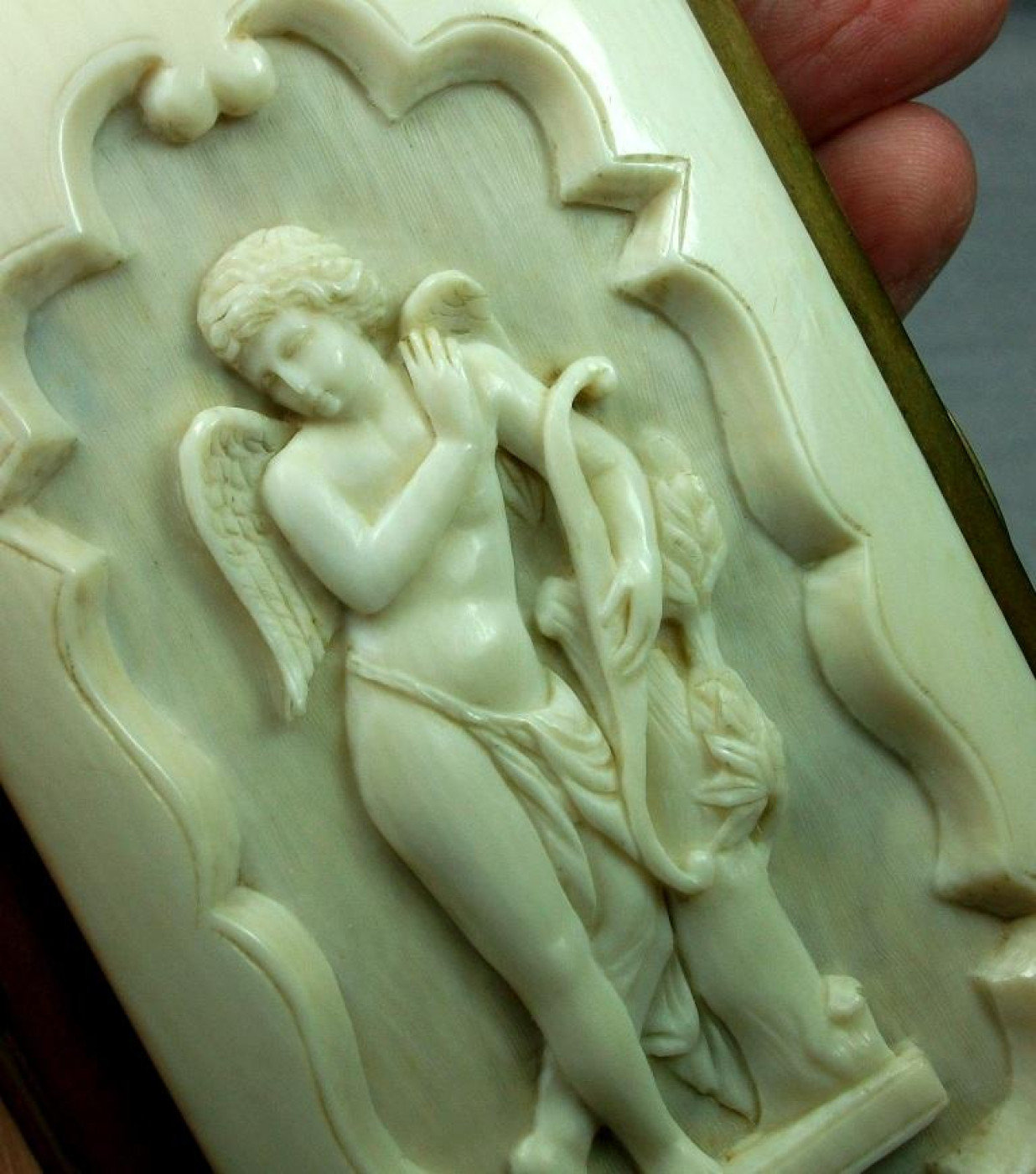 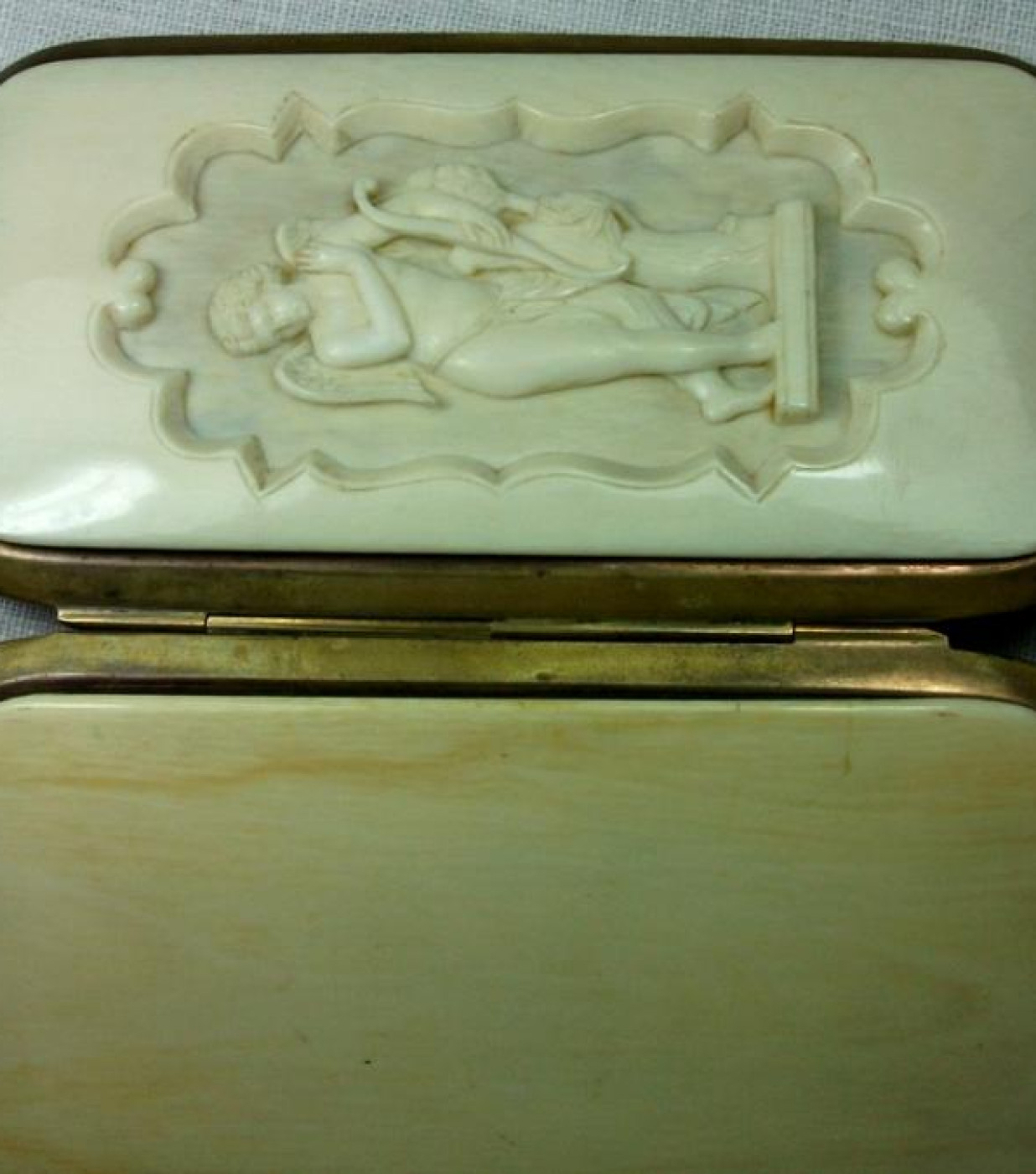 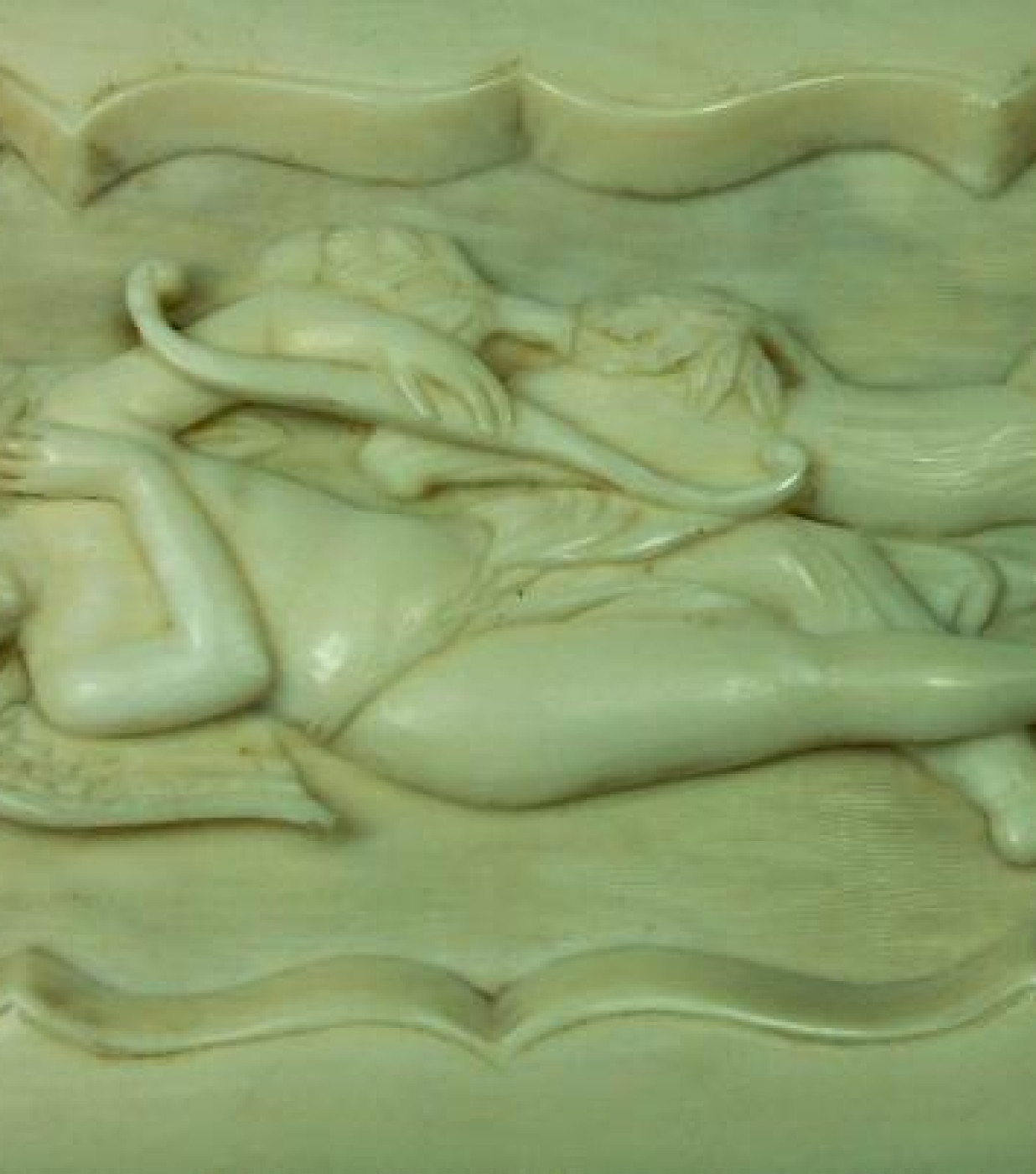 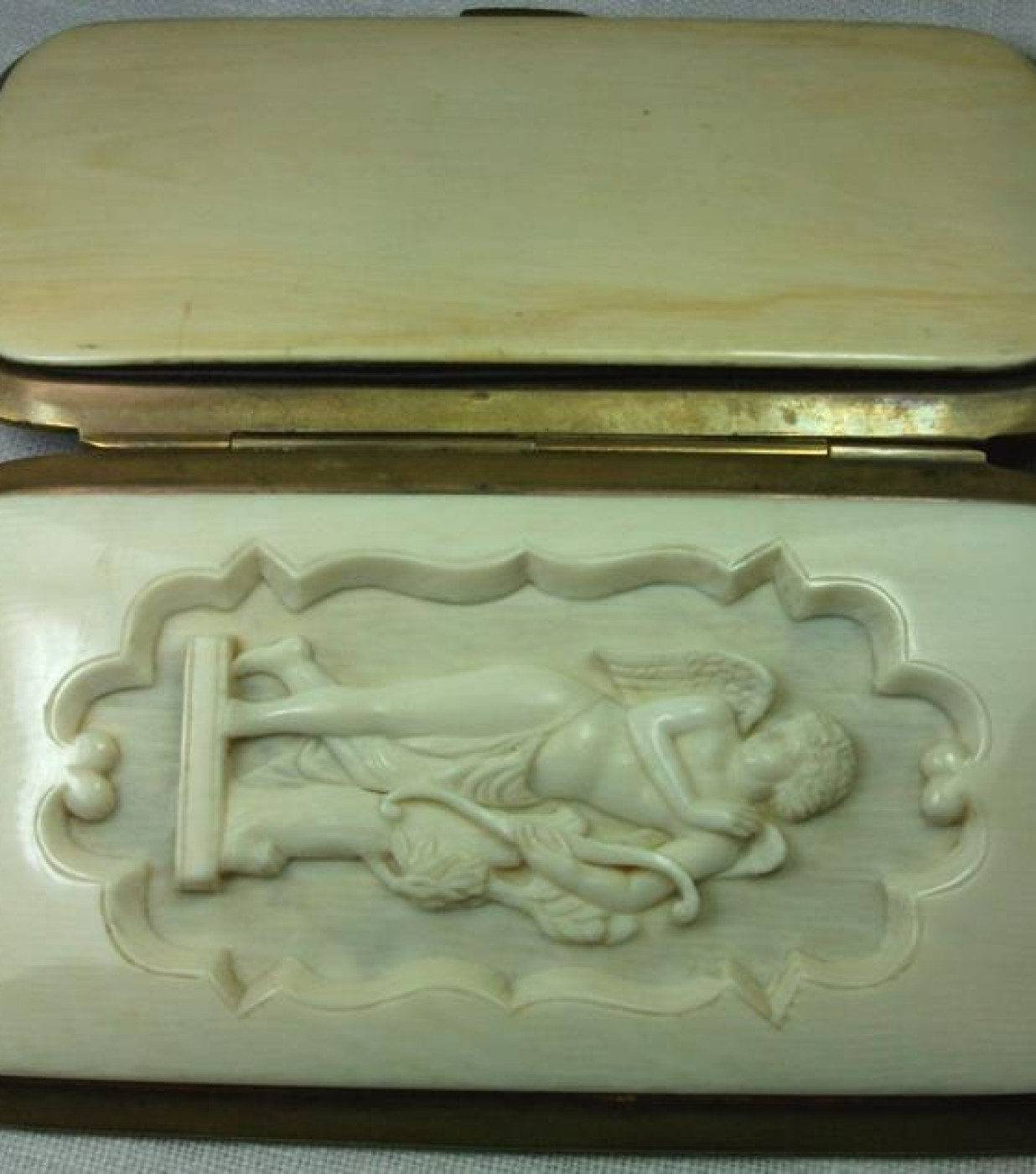 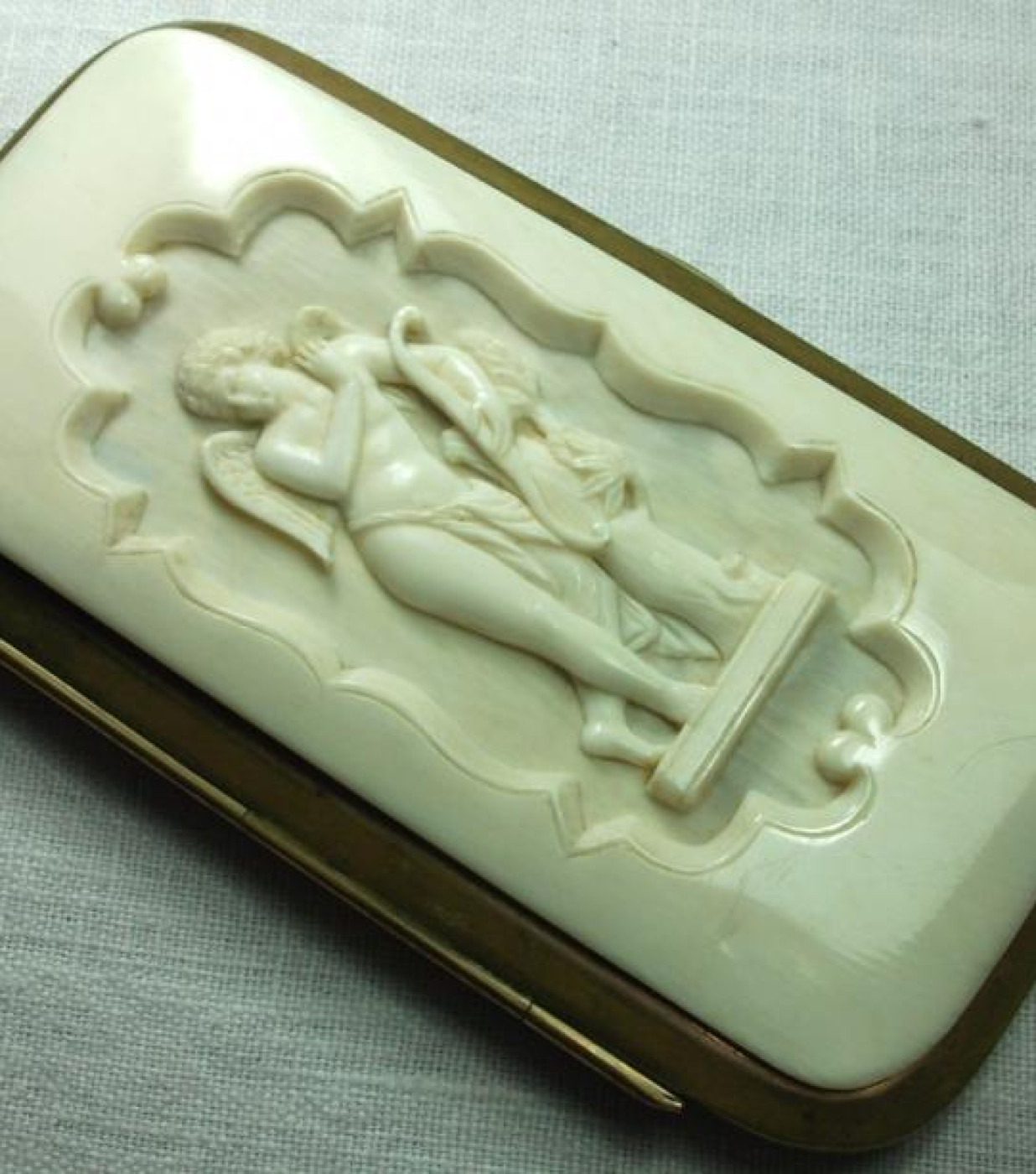 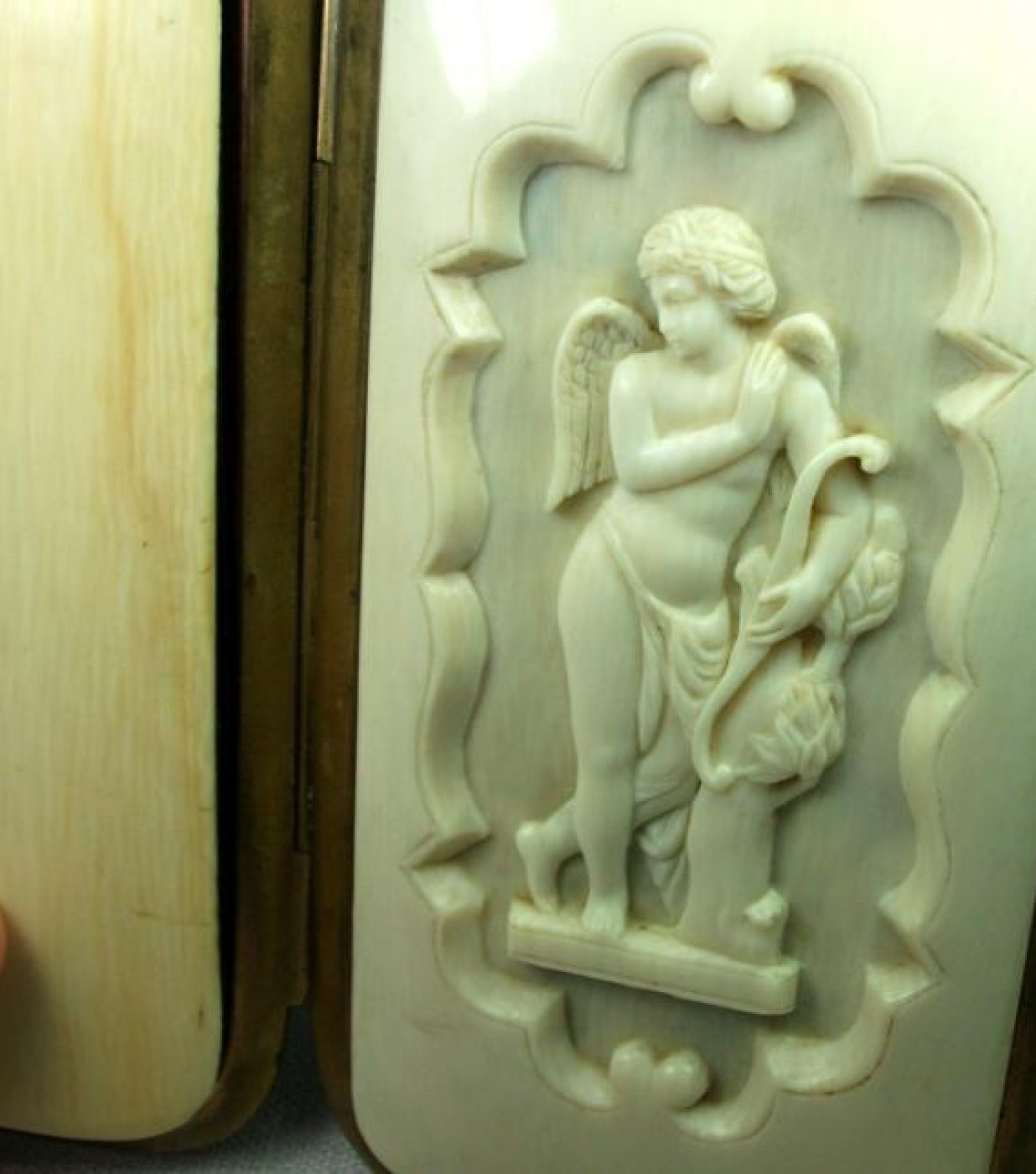 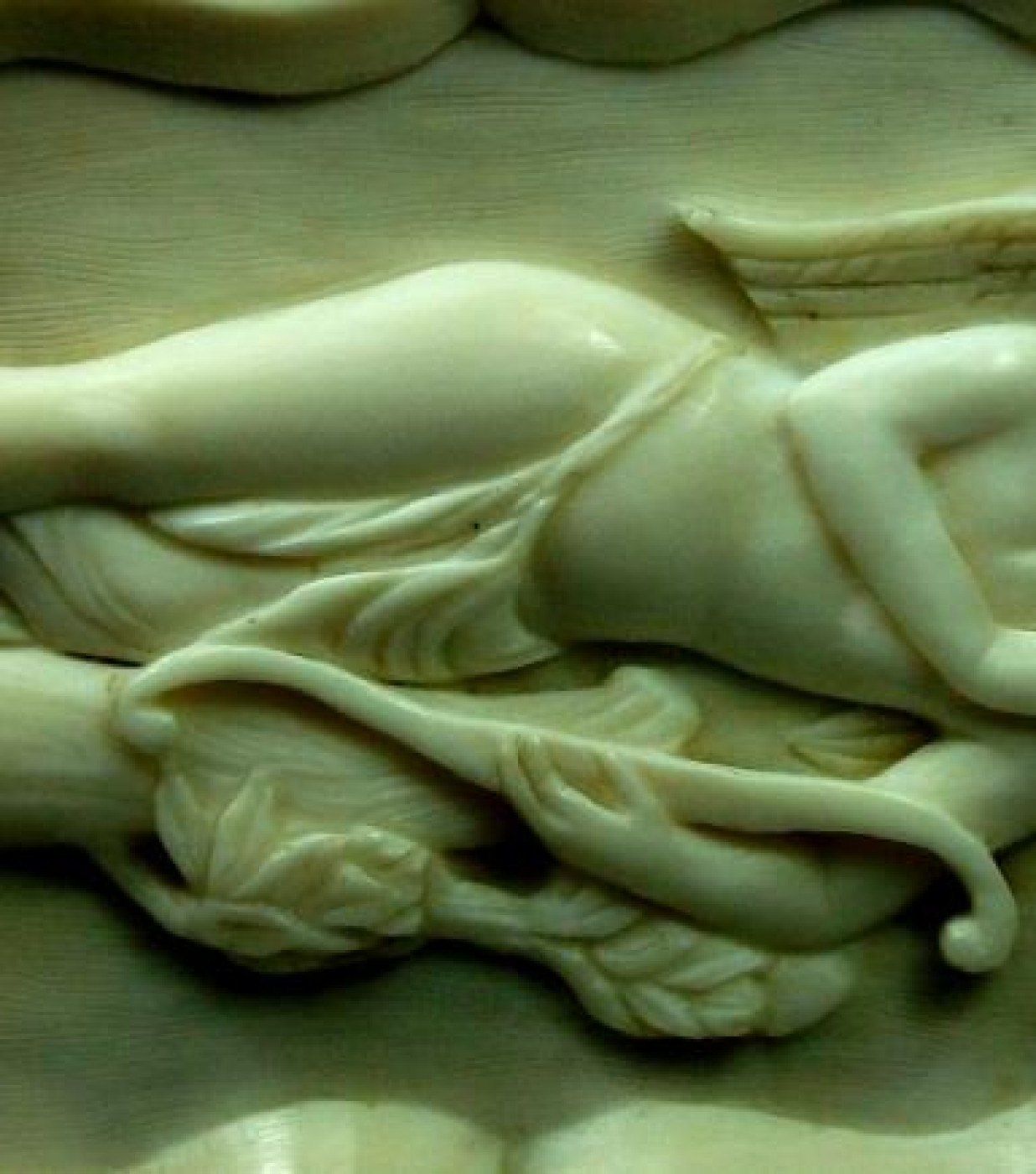 This is a Museum Quality cameo carved on ivory depicting Cupid with his bow. Cupid (Eros in Greek mythology) is here depicted standing and holding his bow. A rarest subject, never seen before. Another collector highest quality cameo. This is an eyeglasses case made of ivory, on the front and the back, when opened you can find two blue silk compartments inside which were used to hold the eyeglasses. The carving is three-dimensional and it is just like a bas relief. The delicacy with which this cameo is carved is amazing. In the Victorian era Cupid was often found in cameos and antique jewellery as the symbol of love. This one is an artwork and in really mint conditions. The proportions of the whole cameo are fantastic and the details crisp and amazing.  The carving is more than superb. Look at the beauty of the whole cameo, isn't it wonderful? All the carving in this cameo is an artwork due to the skill of the carver.  His body is magnificently made. A real work of art. This is another masterly carved of a  surpassing beauty, carved by an artist. Every details is perfectly rendered making  this cameo a real work of art. This is a rarest piece very hard to find and especially in these perfect condition. A very desirable collectors piece, rare and museum quality cameo.


Eros  in Greek mythology, was the primordial god of sexual love and beauty. He was also worshipped as a fertility deity. His Roman counterpart was Cupid ("desire"), also known as Amor ("love"). In some myths, he was the son of the deities Aphrodite (Venus) and Ares (Mars).  He was the one lighted the flame of love in the hearts of the gods and men, armed either with a bow and arrows or else a flaming torch. He was also the object of cult. Eros was often portrayed as a child, the disobedient, but fiercely loyal, son of Aphrodite.In ancient vase painting Eros is depicted as either a handsome youth or as a child. His attributes were varied: from the usual bow and arrows, to the gifts of a lover--a hare, a sash, or a flower. Sculptors preferred the image of the bow-armed boy, whereas mosaic artists favoured the figure of a winged putto (plump baby).