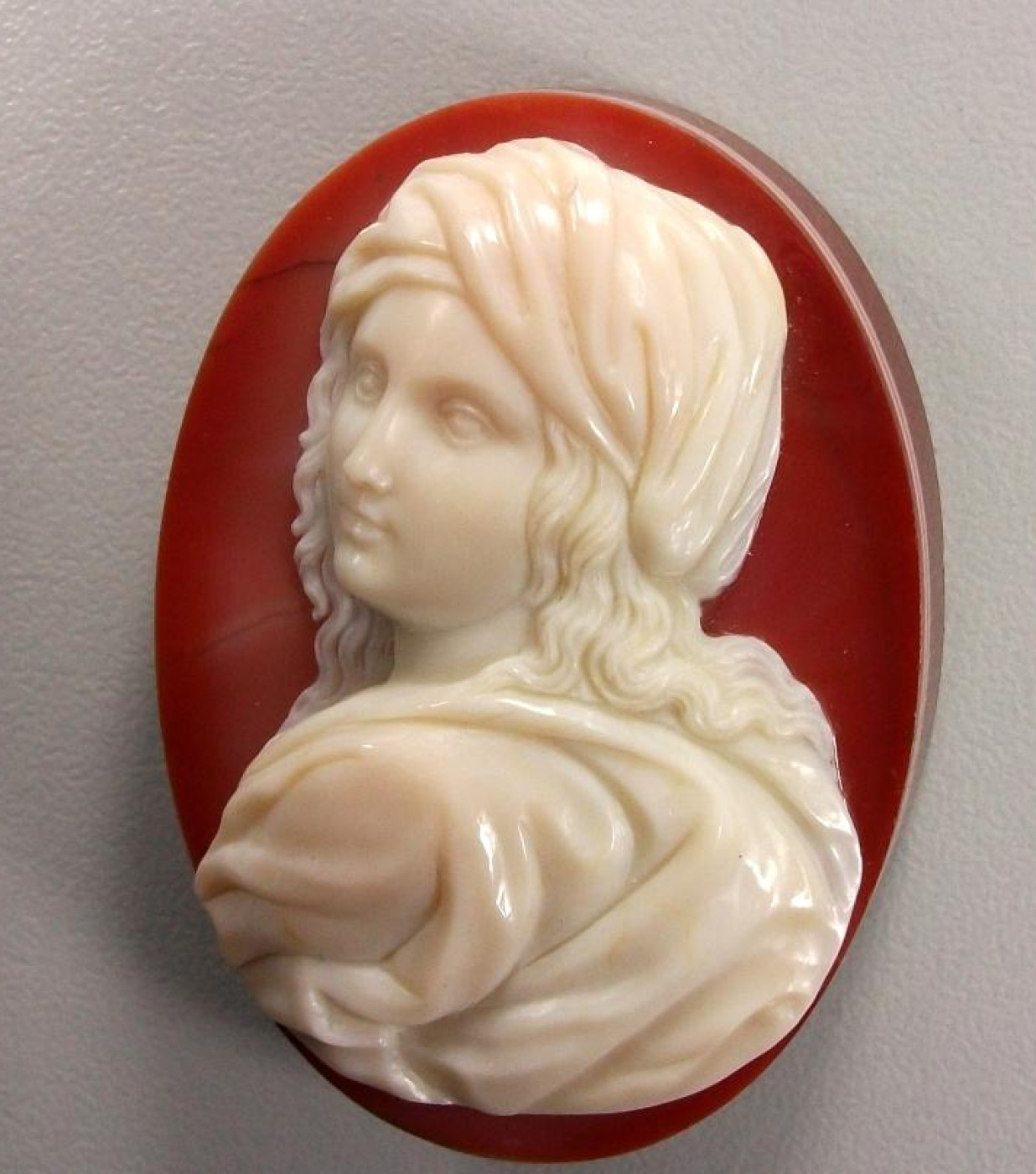 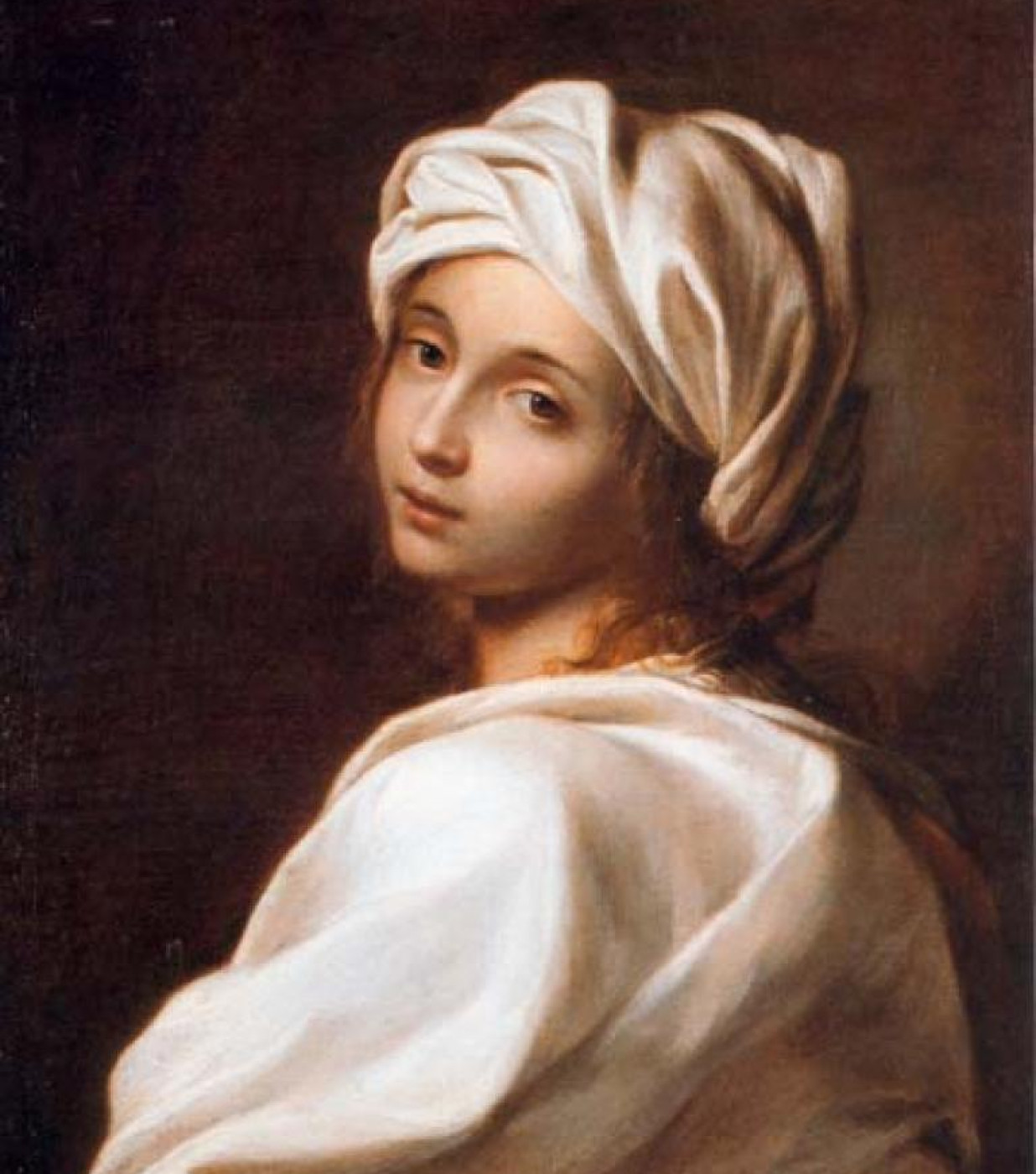 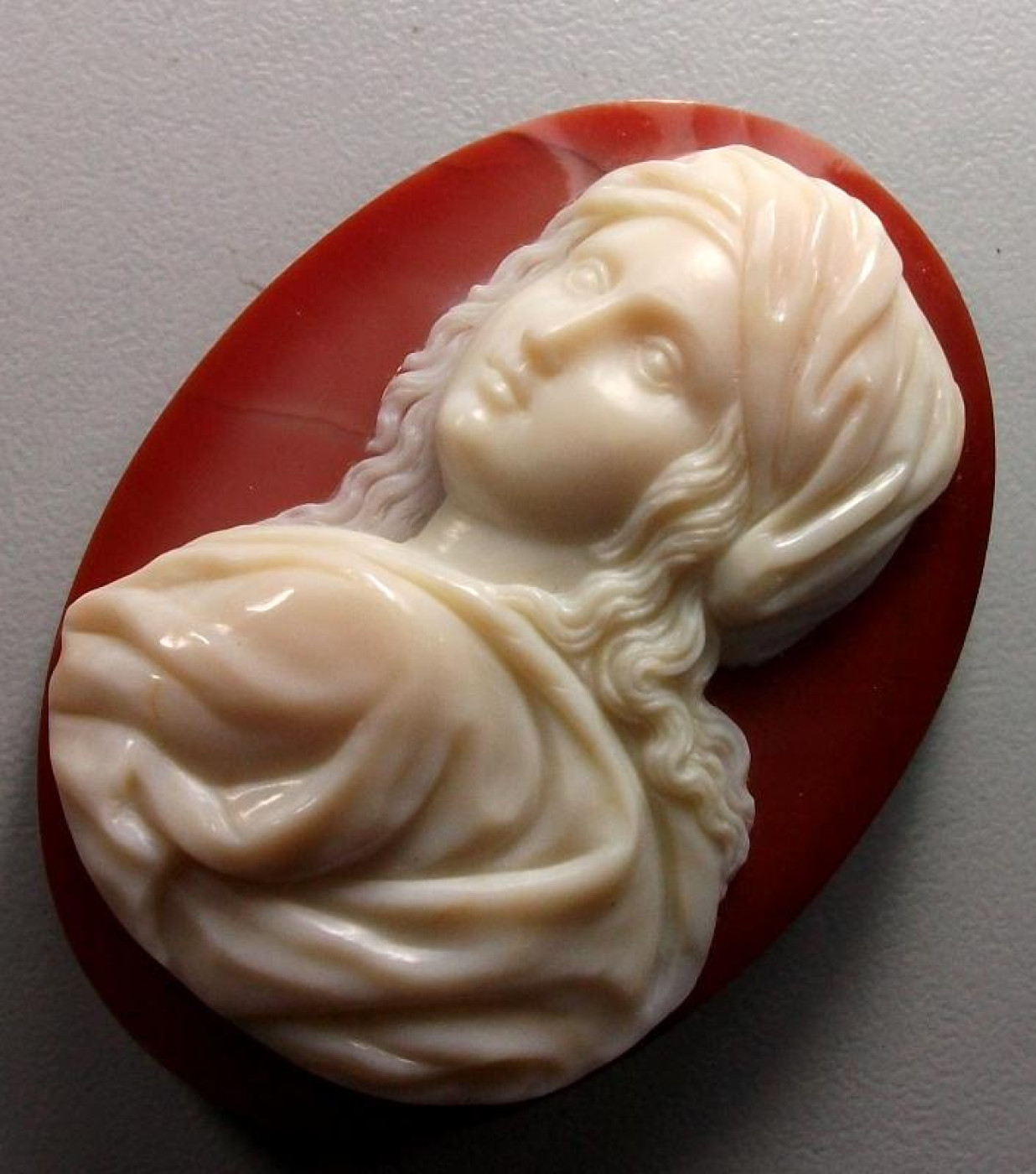 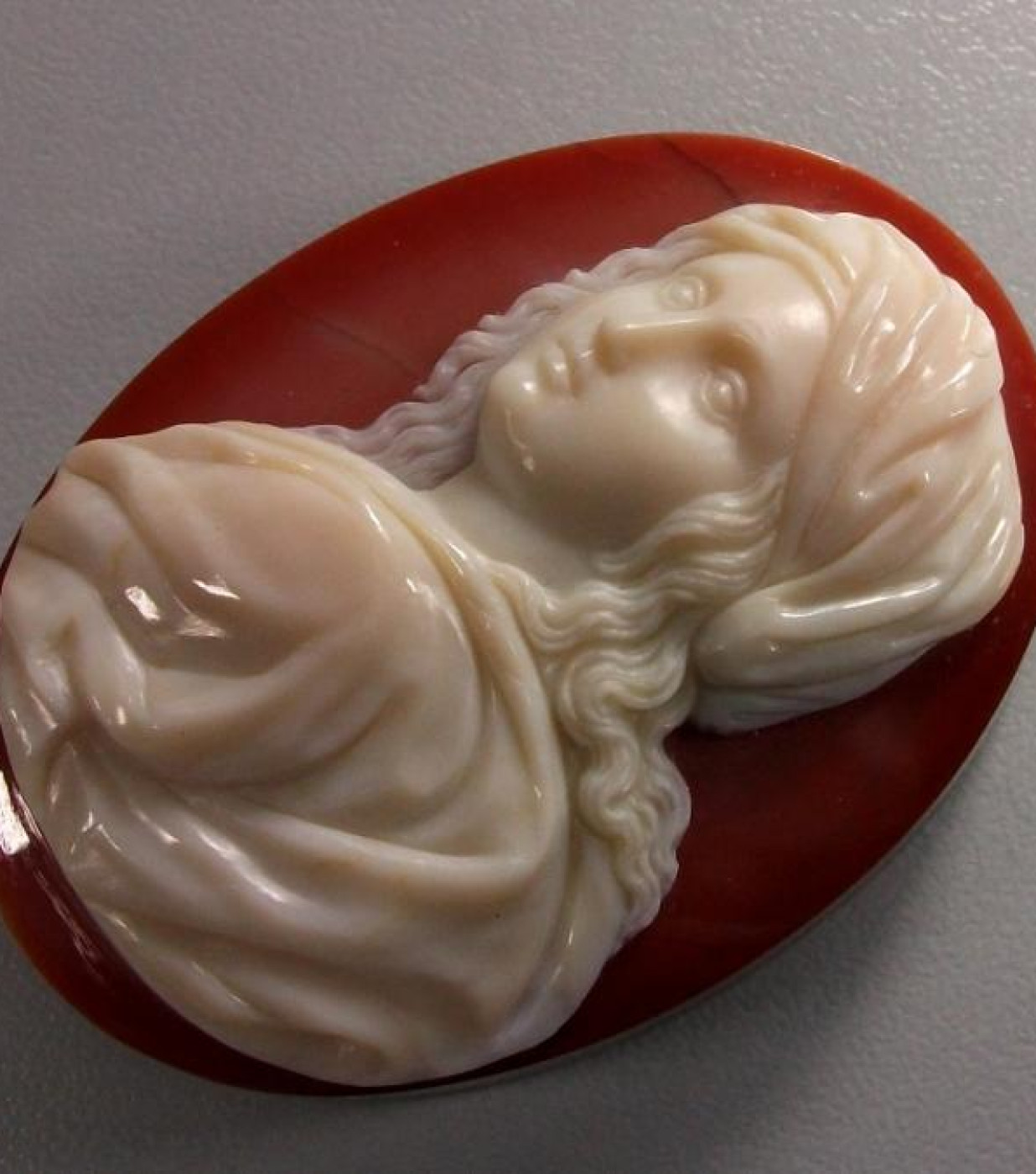 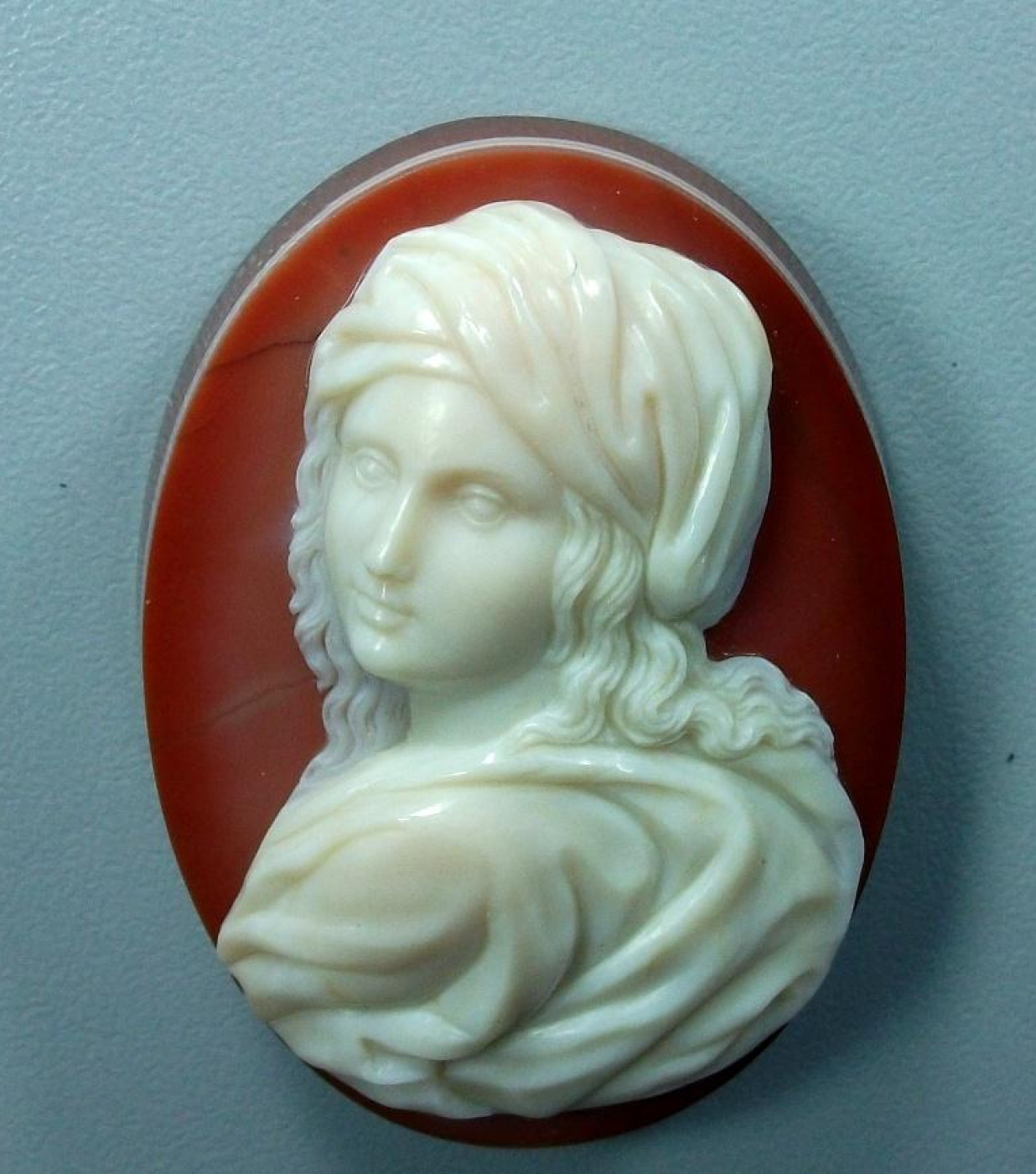 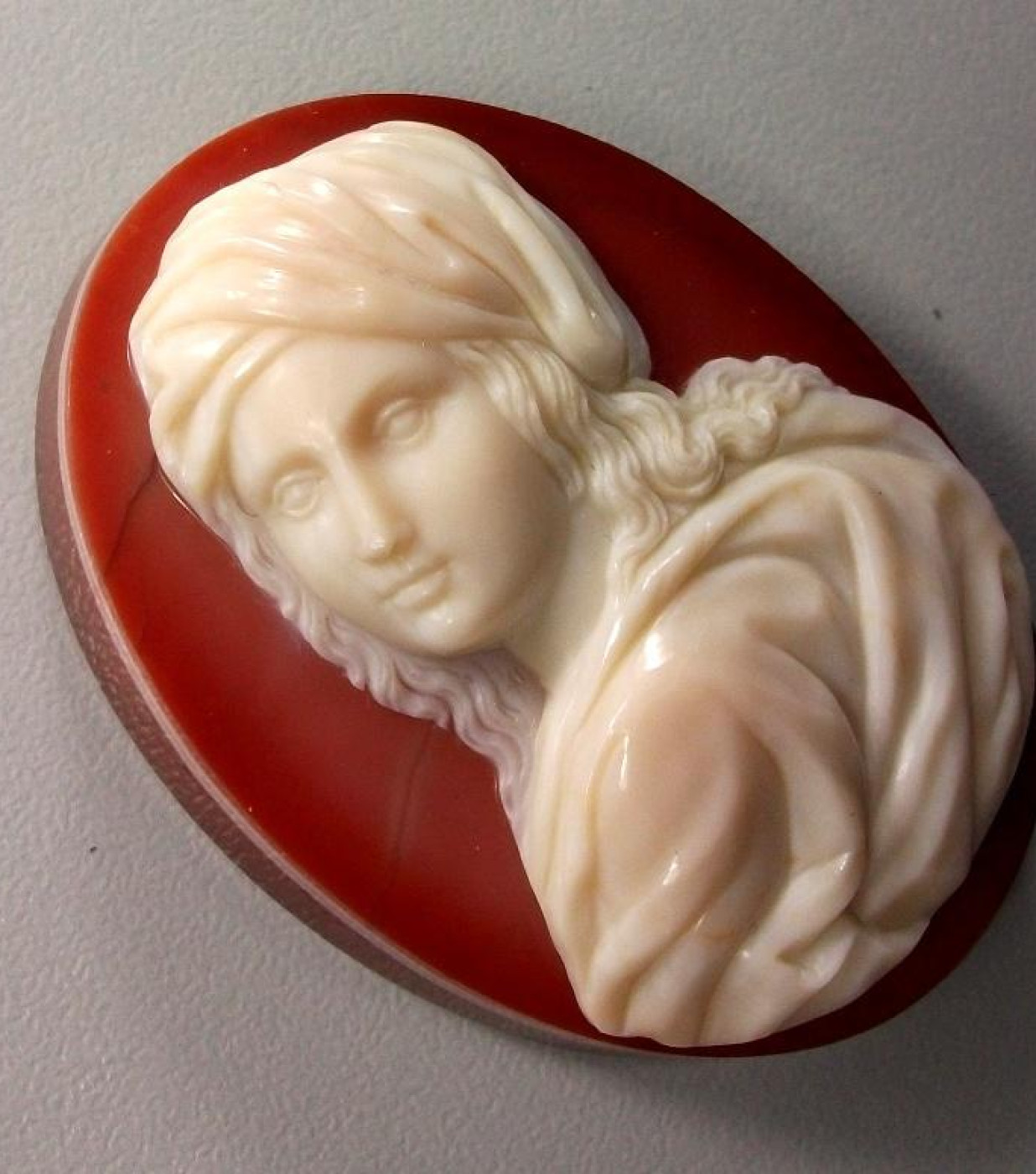 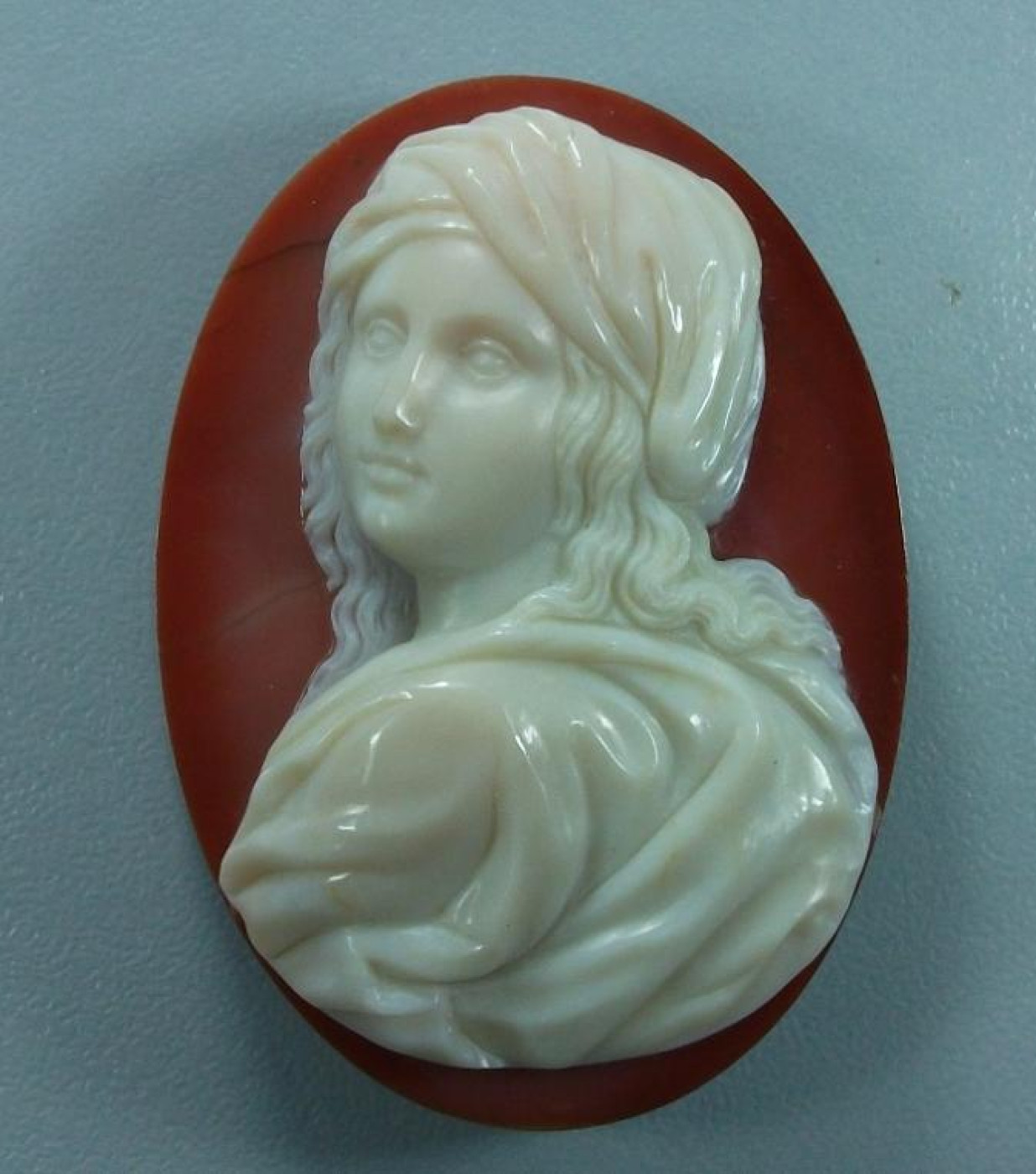 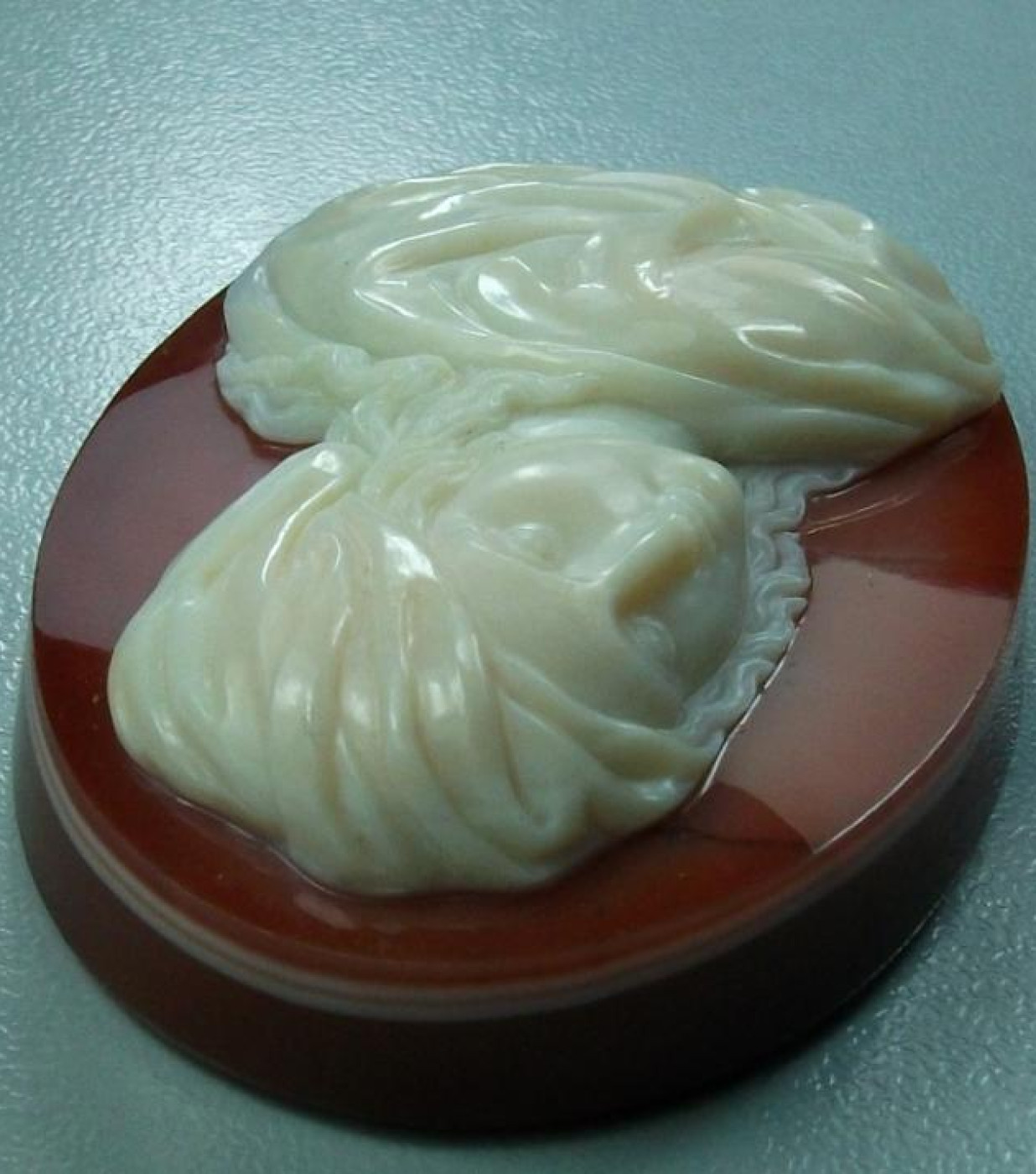 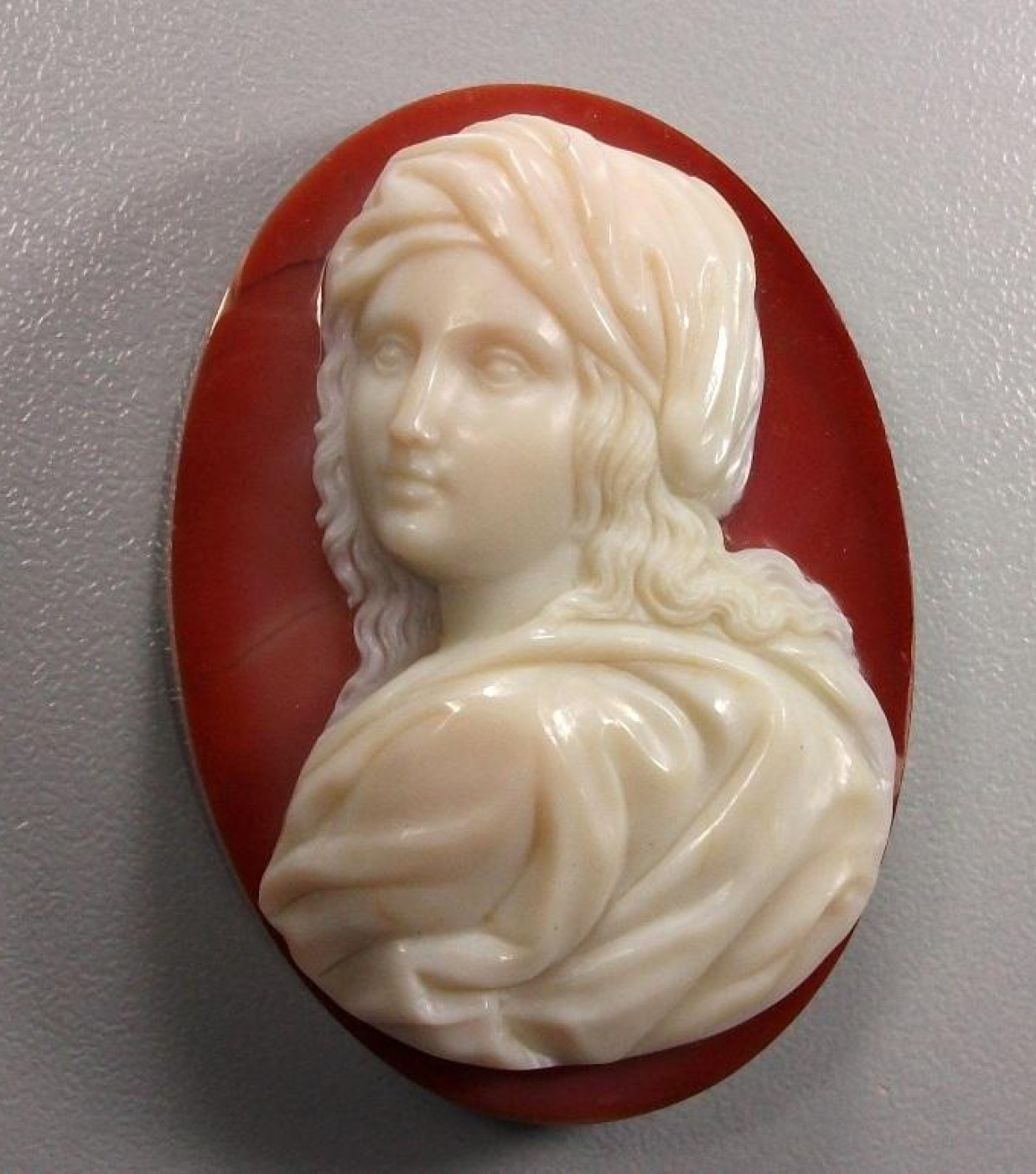 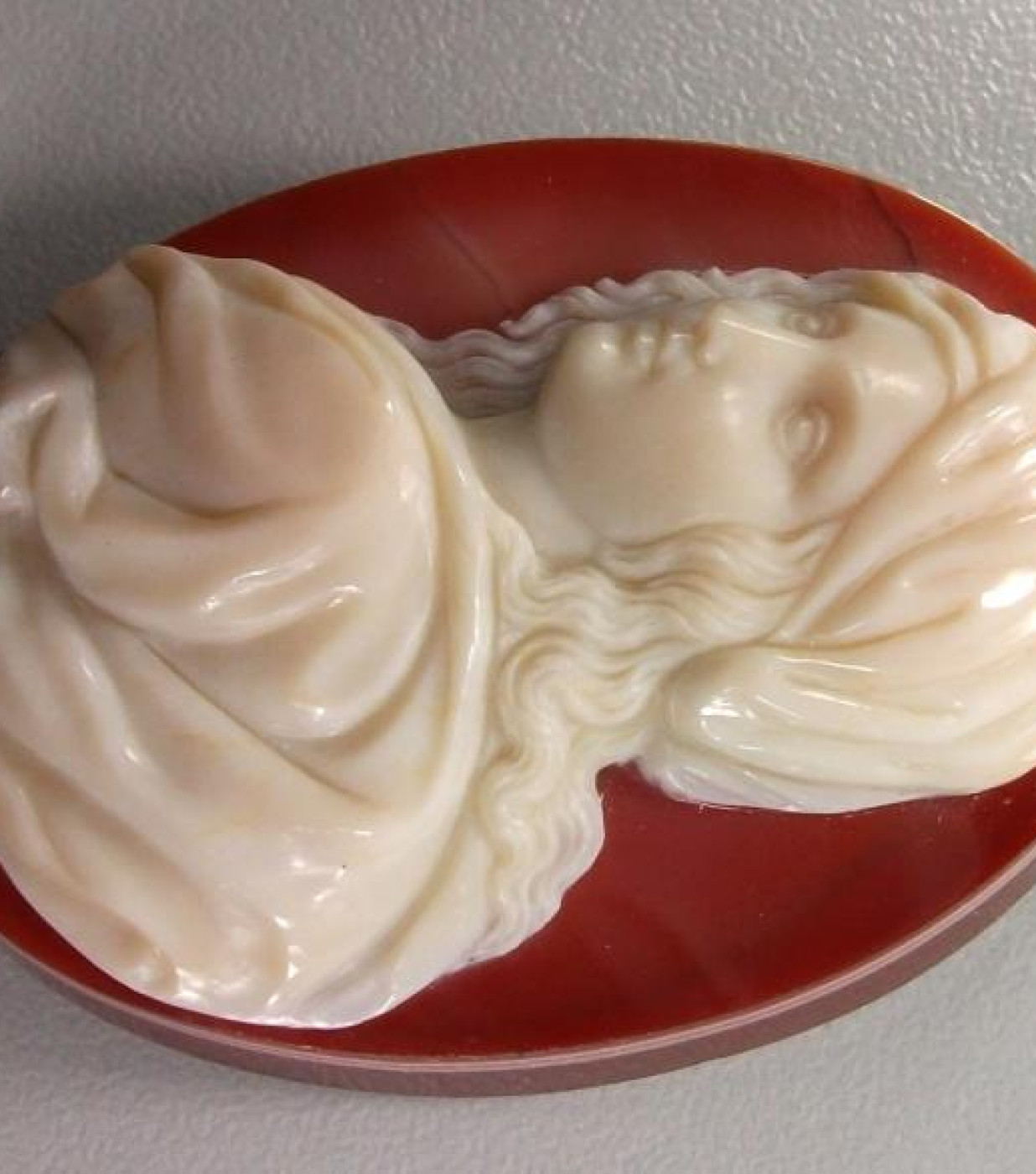 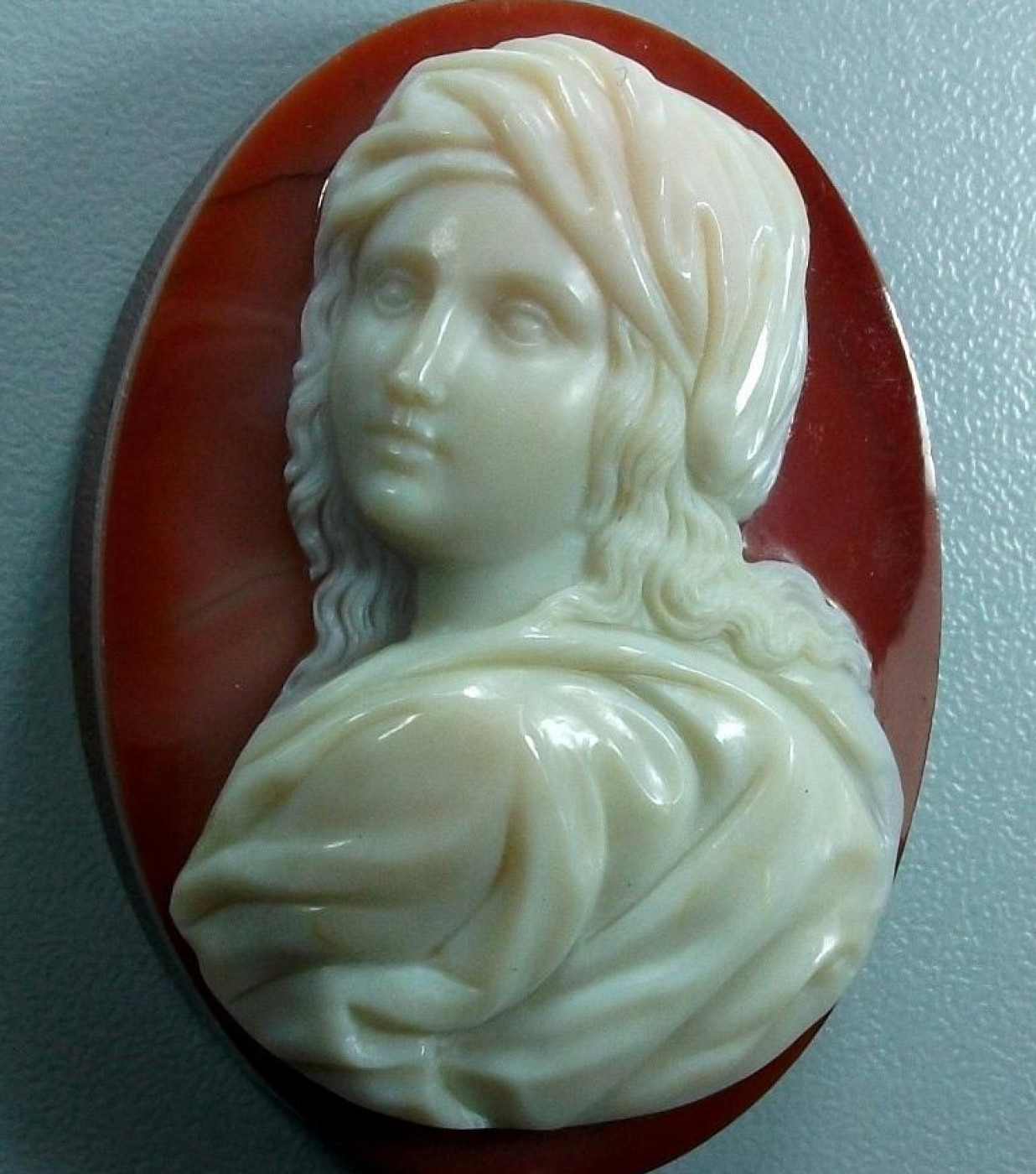 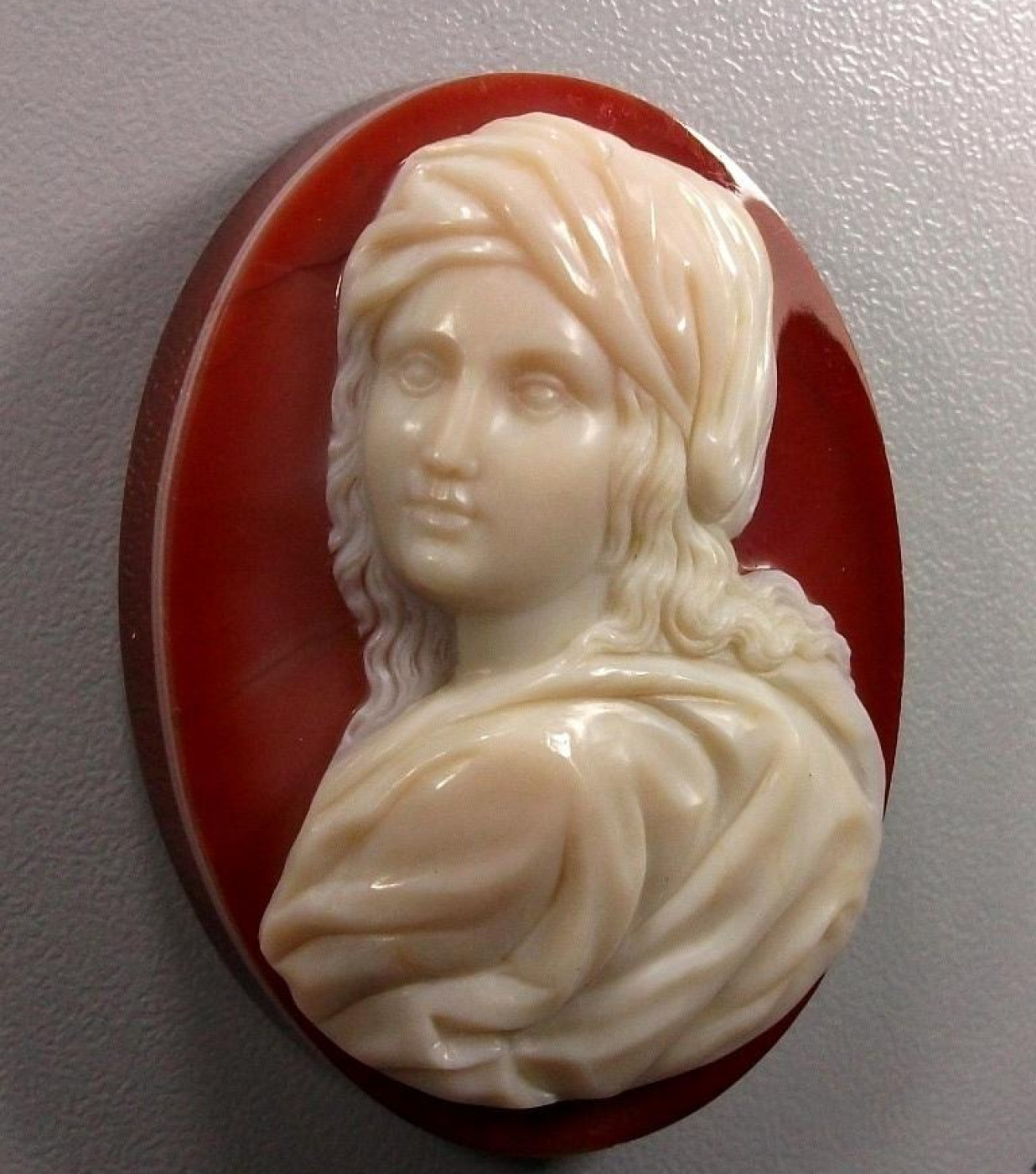 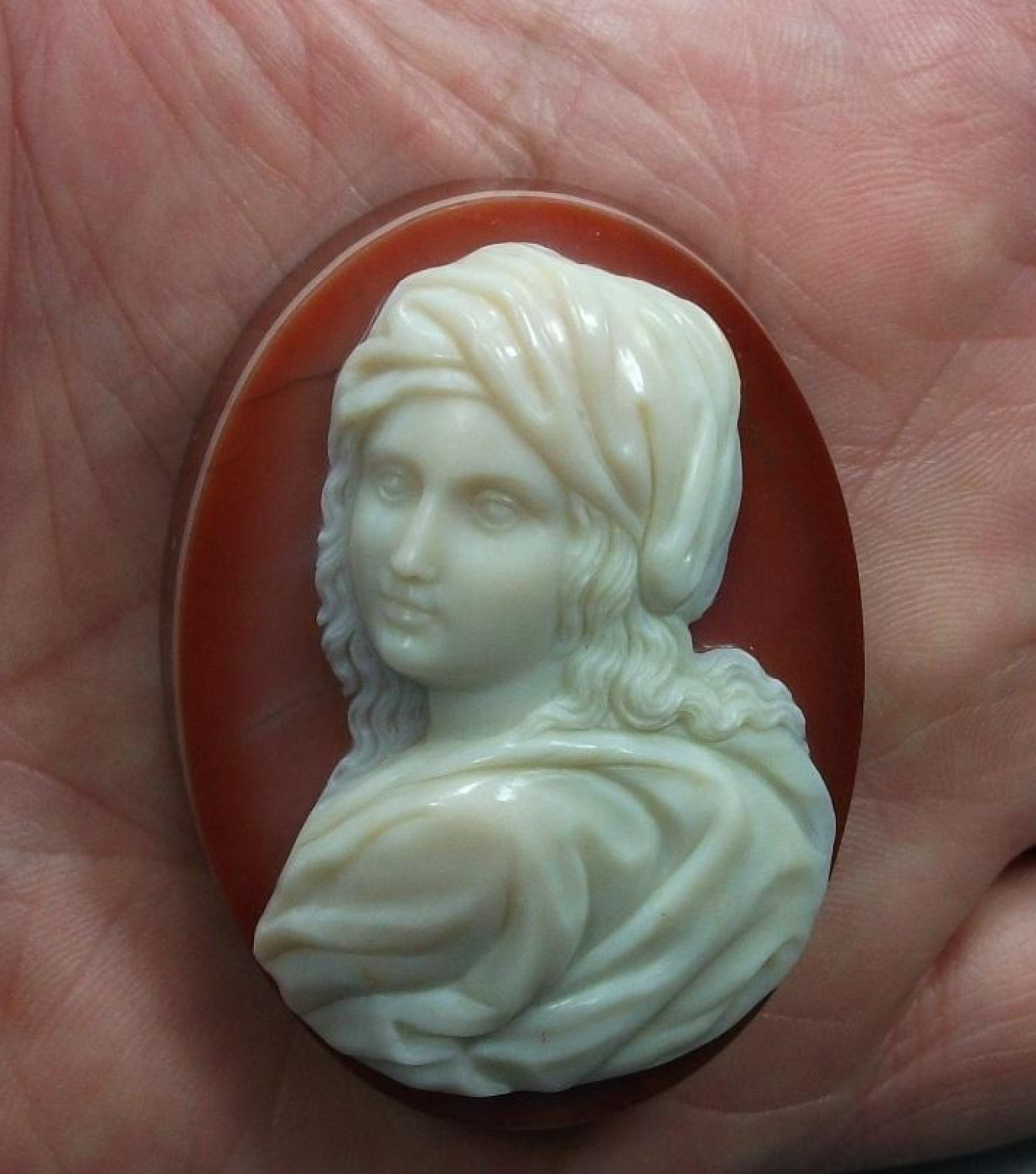 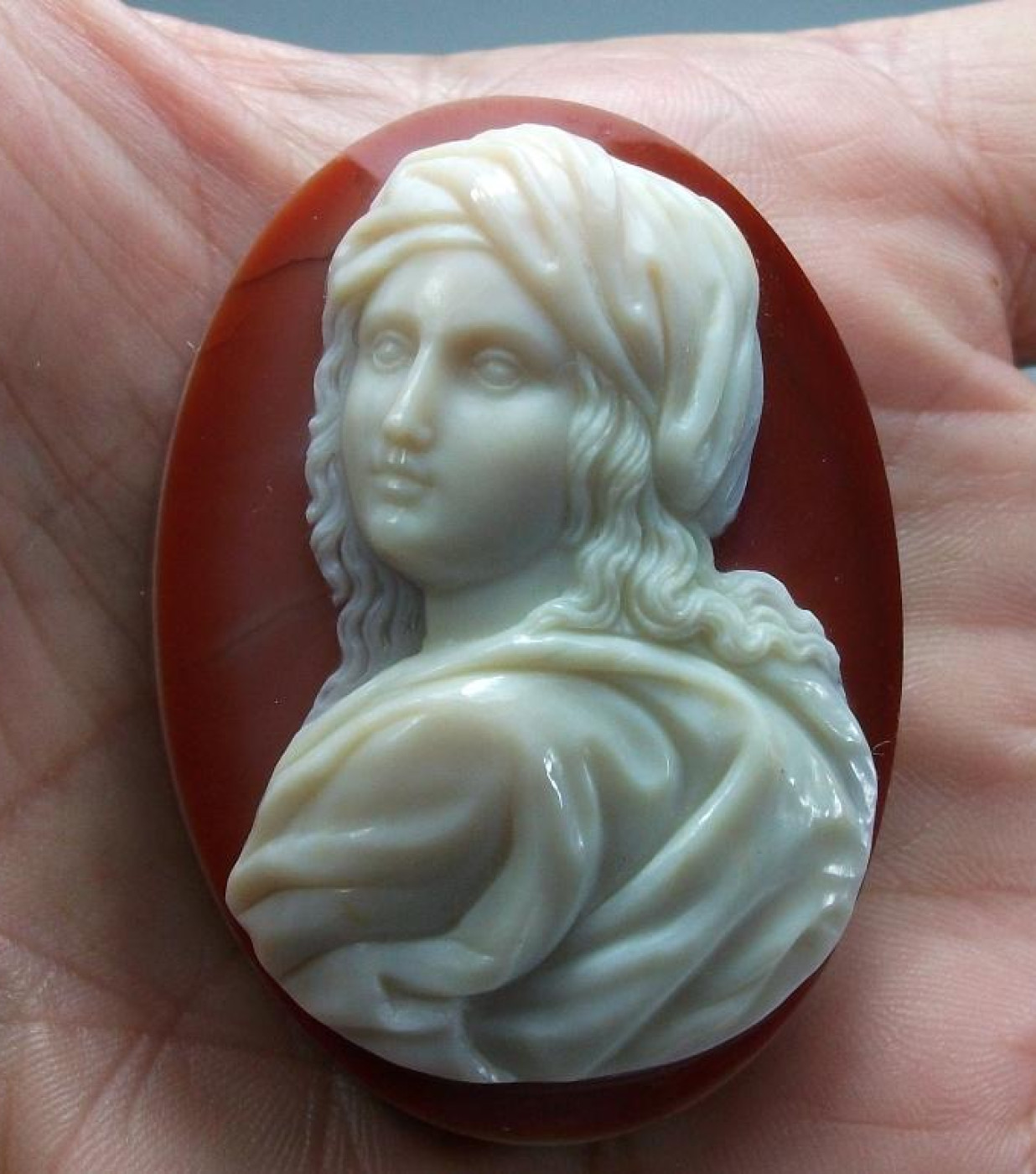 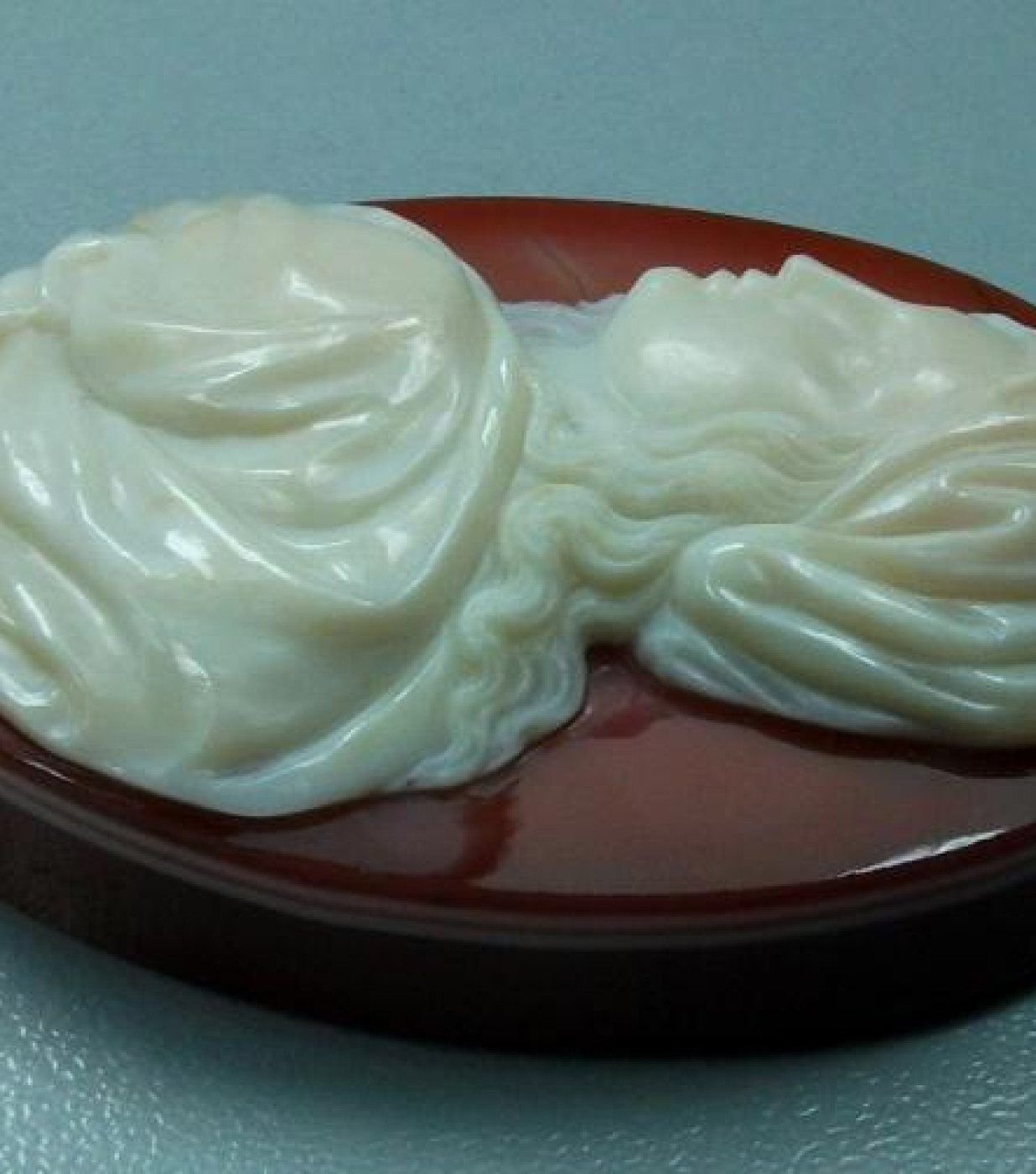 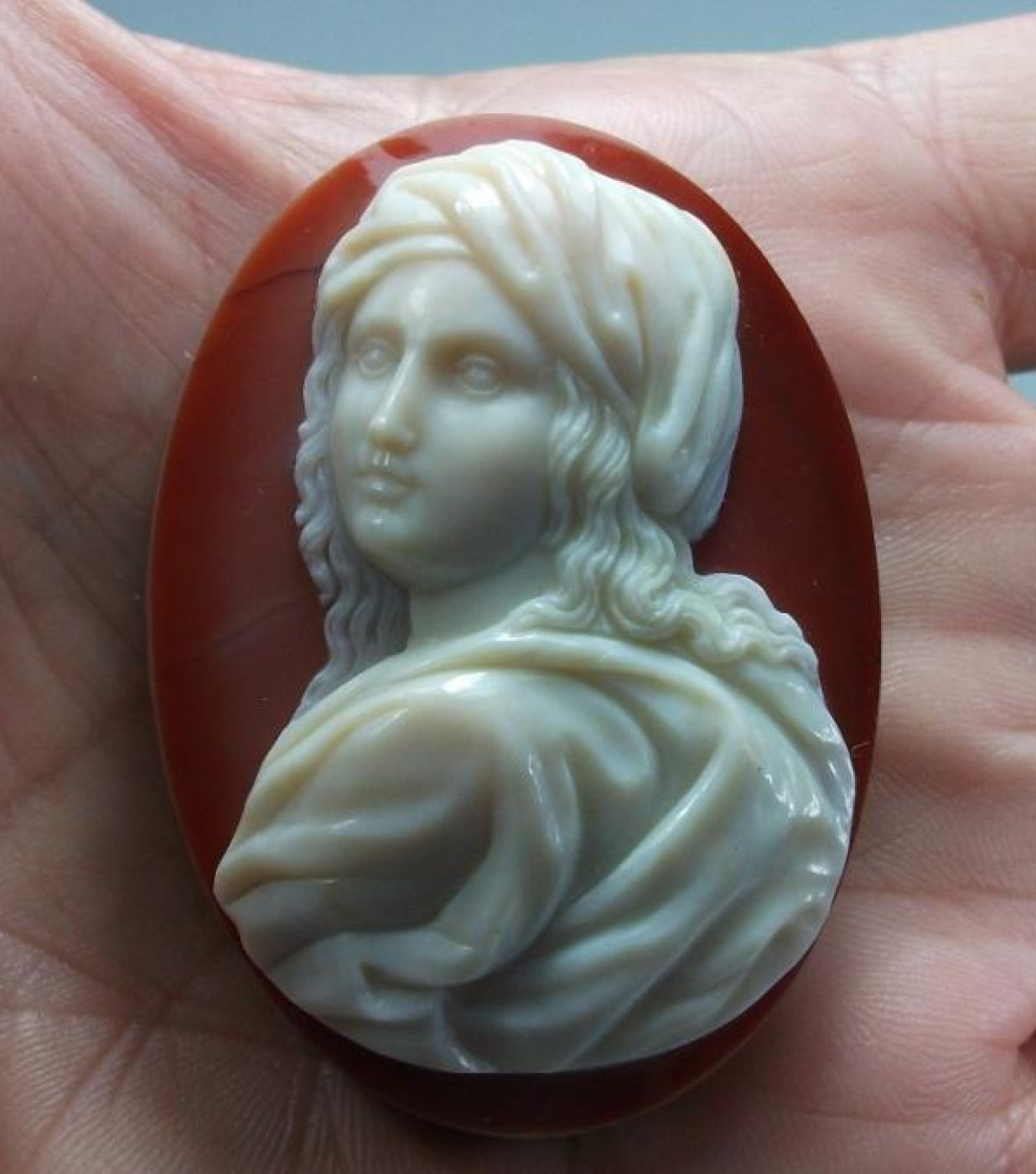 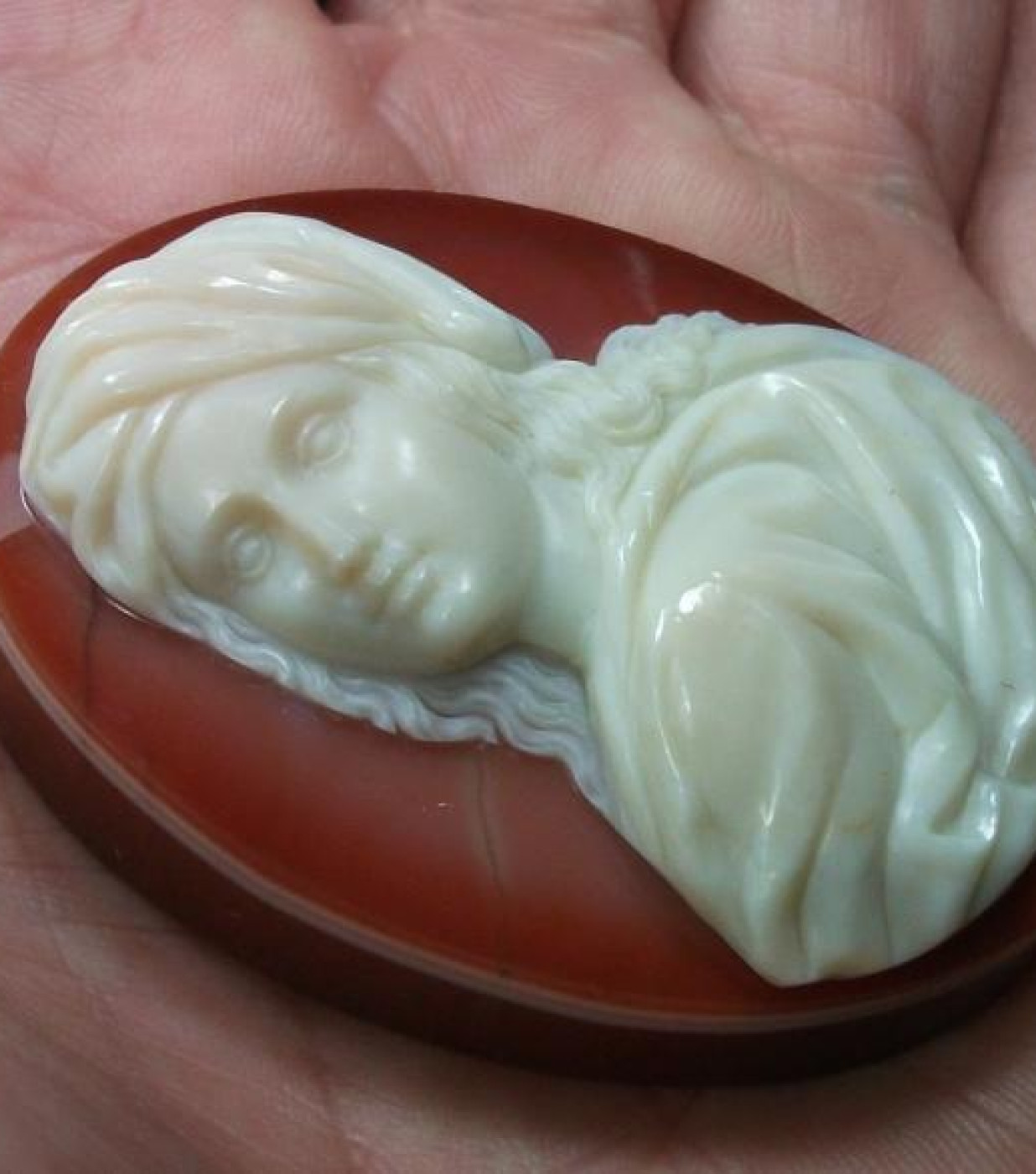 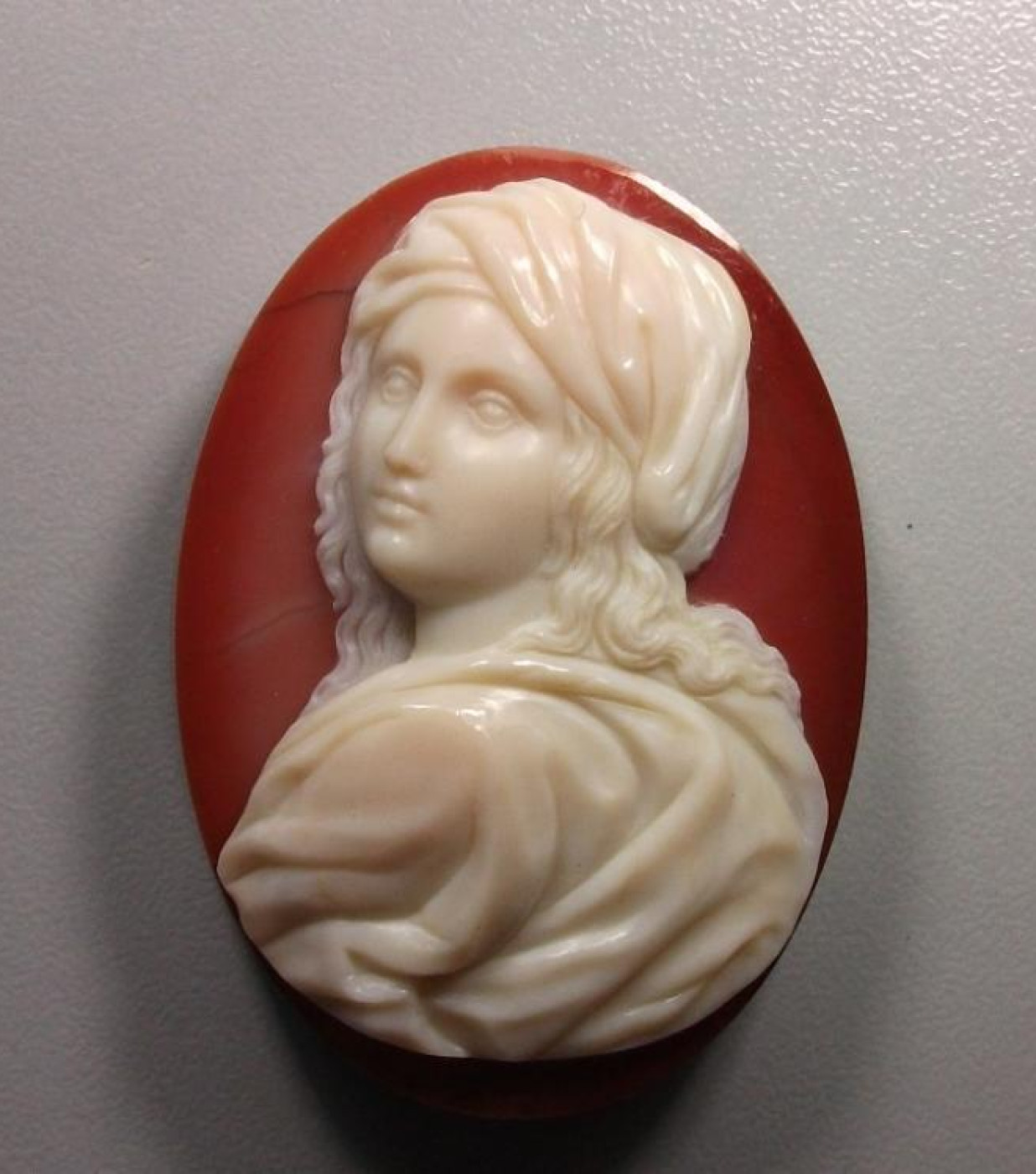 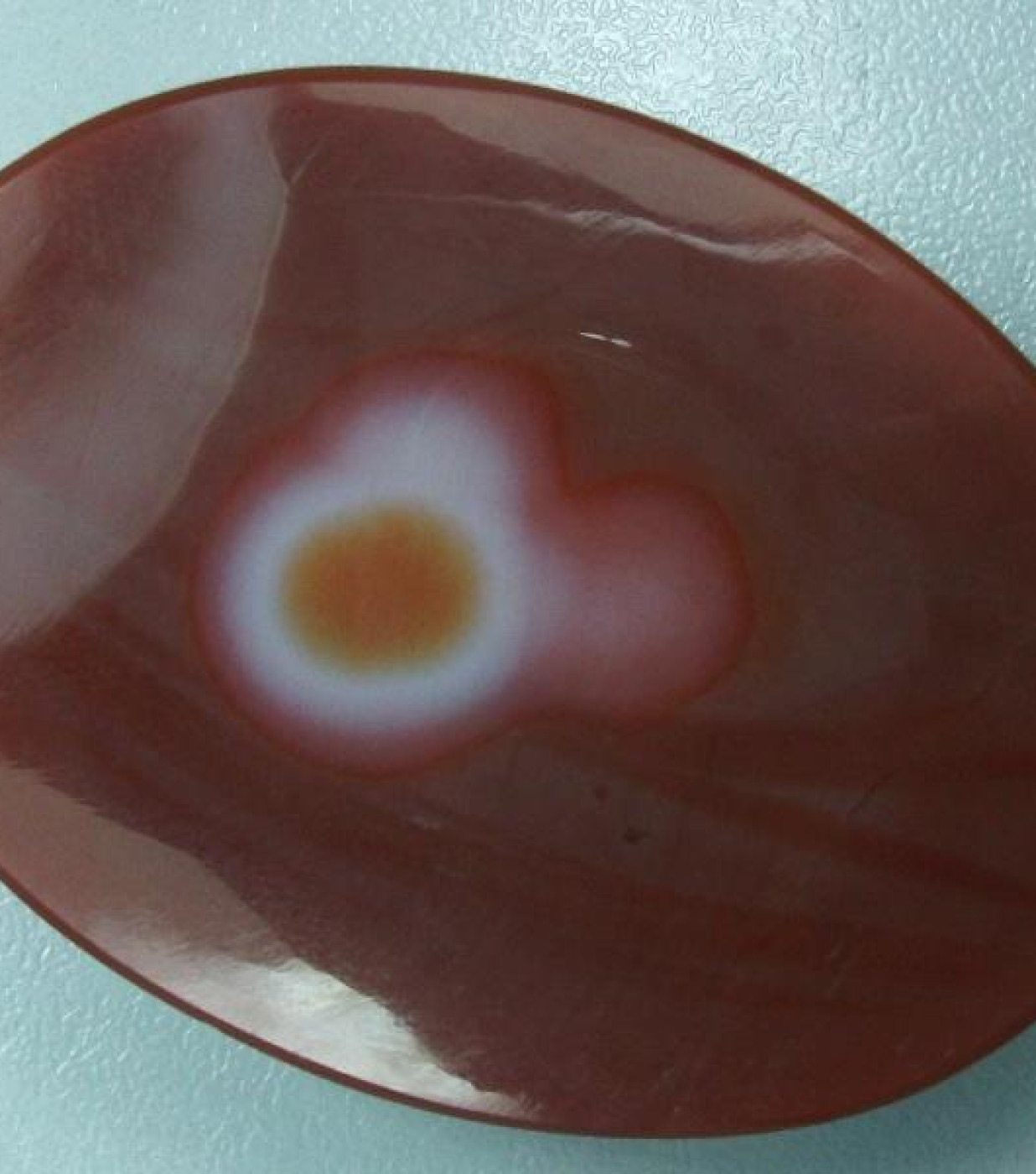 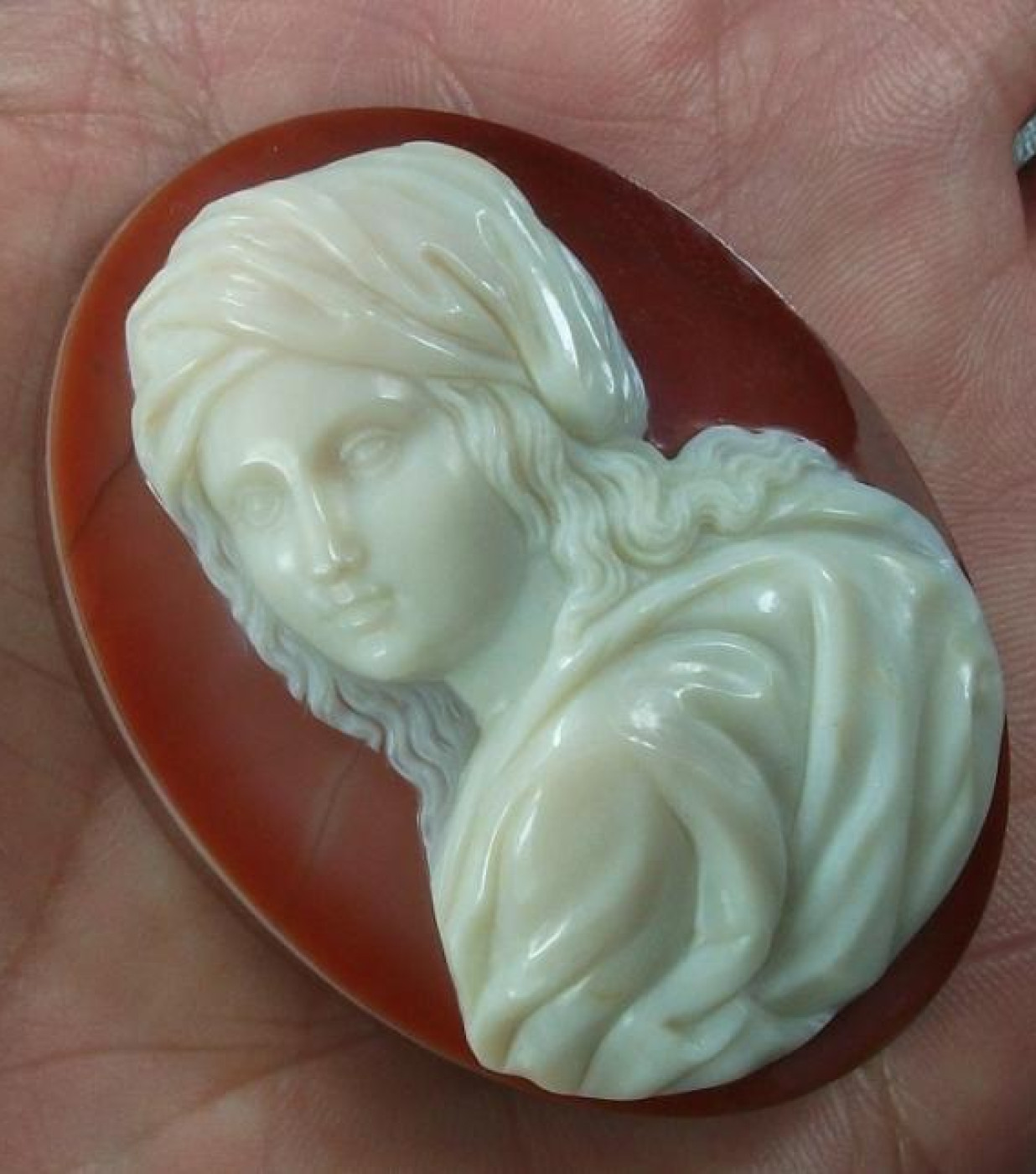 Museum Quality cameo of a rarest subject, Beatrice Cenci, after a painting by Guido Reni, see it above, I have had and seen a few other other cameos representing the same subject but never saw it carved on hard stone and I have to say that this is more than wonderfully carved.  In this case the carver made an artwork, the three-dimensional carving, the harmonious and realistic movement of the clothes, but overall the carver reproduced the identical features that can be seen in the Guido Reni painting, chin, mouth, nose and eyes, the same child-like expression of Beatrice, thinking that the painter used colors and many shadings to make the portrait of Beatrice and instead the carver had only the stone to reproduce a such artwork, we can only say that he made a unique and extraordinary work of art, the fruit of the ability of a master carver that was able to transfer into his cameo the same emotions  of the famous portrait. Knowing the story of Beatrice Cenci and looking at this cameo it will give you a lot of emotions.  This subject is really amazing, it is a three-dimensional one. This is one of most beautiful cameos I have ever seen, the pictures speak by themselves. This is another masterly carved cameo. A very desirable collectors piece, rare and museum quality cameo. 3.5

A bit of History:
Beatrice Cenci (1577-1599) Symbol of the oppressed innocence even defined as “a fallen angel” and “goddess of beauty”, a young girl who burnt her childhood to oppose herself to the continued abuses, violences and maltreatements from her father the Count Francesco Cenci, powerful, violent and dissolute man. Beatrice and 4 members of her family were arrested, found guilty of the murder of the Count Cenci and condemned to death, at the order of Pope Clement VIII who may have been motivated by the hope of confiscating the assets of the family (still obscure page of the late renaissance). The common people of Rome, knowing the reasons for the murder, protested against the tribunal's decision, obtaining a short postponement of the execution. But pope Clement VIII showed no mercy at all. Beatrice was decapitated in Sant’Angelo Bridge in Rome in September 1599. Beatrice was buried in the church of San Pietro in Montorio. For the people of Rome she became a symbol of resistance against the arrogant aristocracy and a legend arose: every year on the night before her death, she came back to the bridge carrying her severed head. Beatrice has inspired many writers as Shelley, Dickens, Stendhal, Moravia etc. and  painters as Guido Reni (1575-642), Jan Vermeer (1632/1675).