Rarest Cameo of one of "Three Sisters" Ships 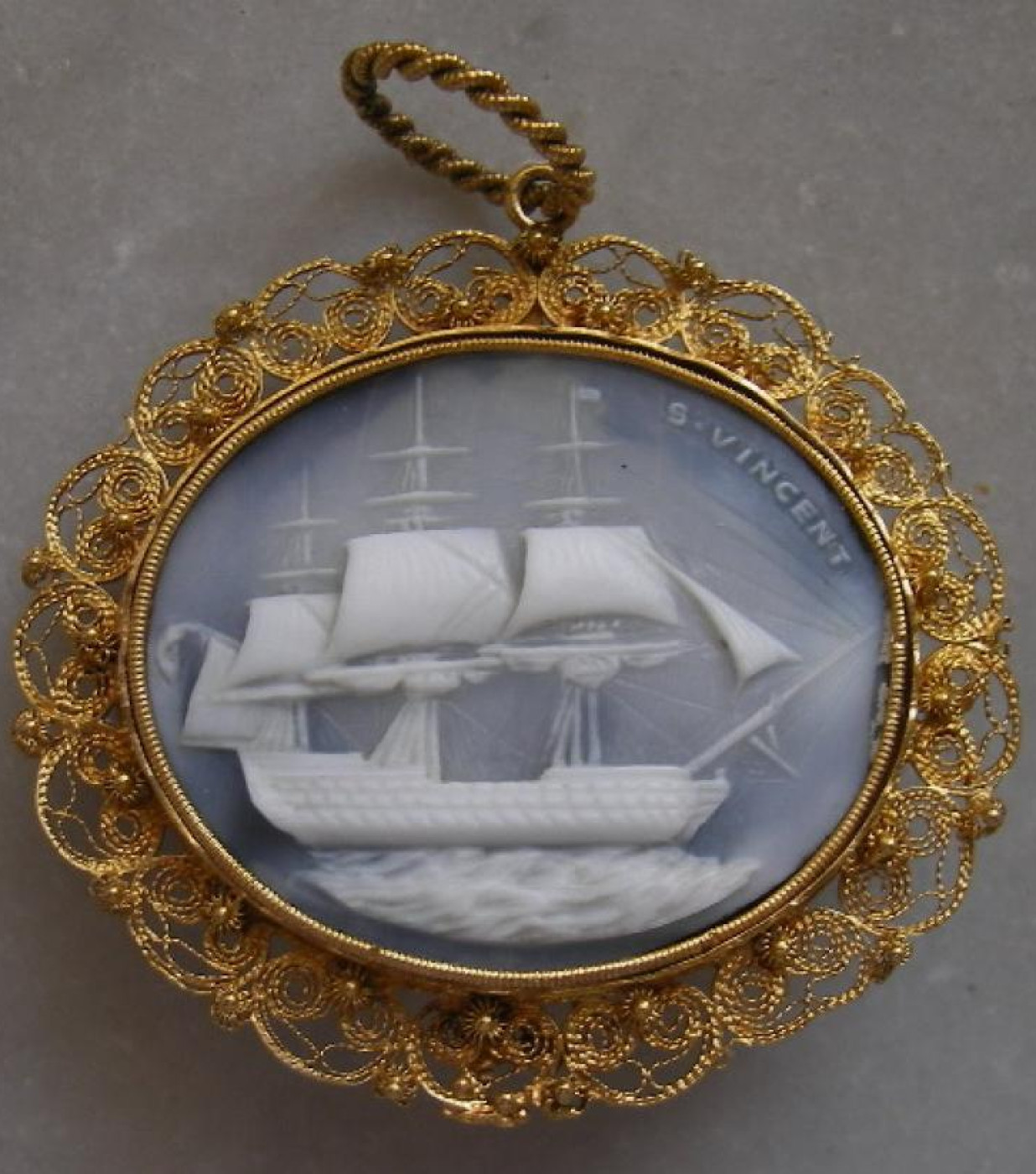 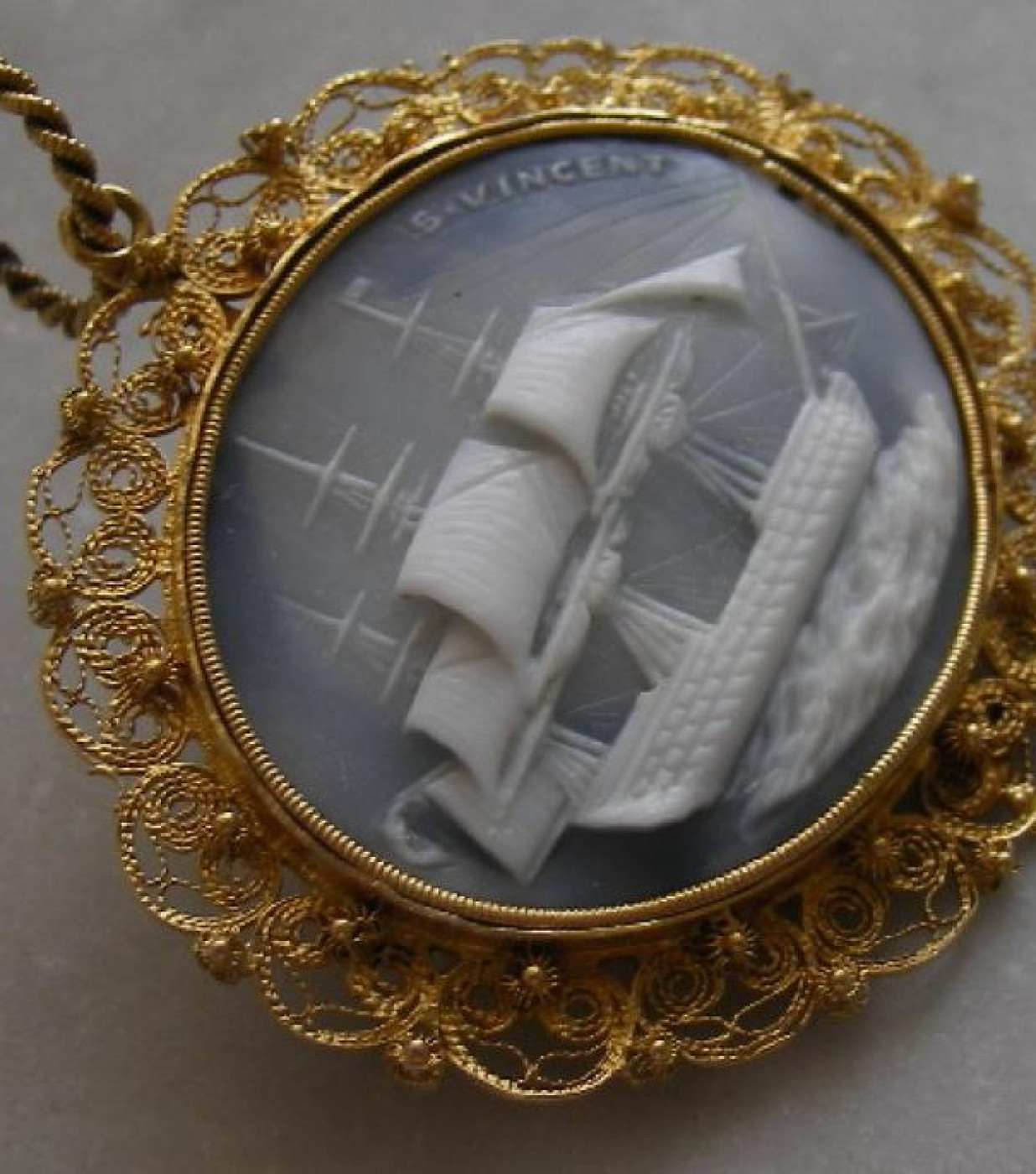 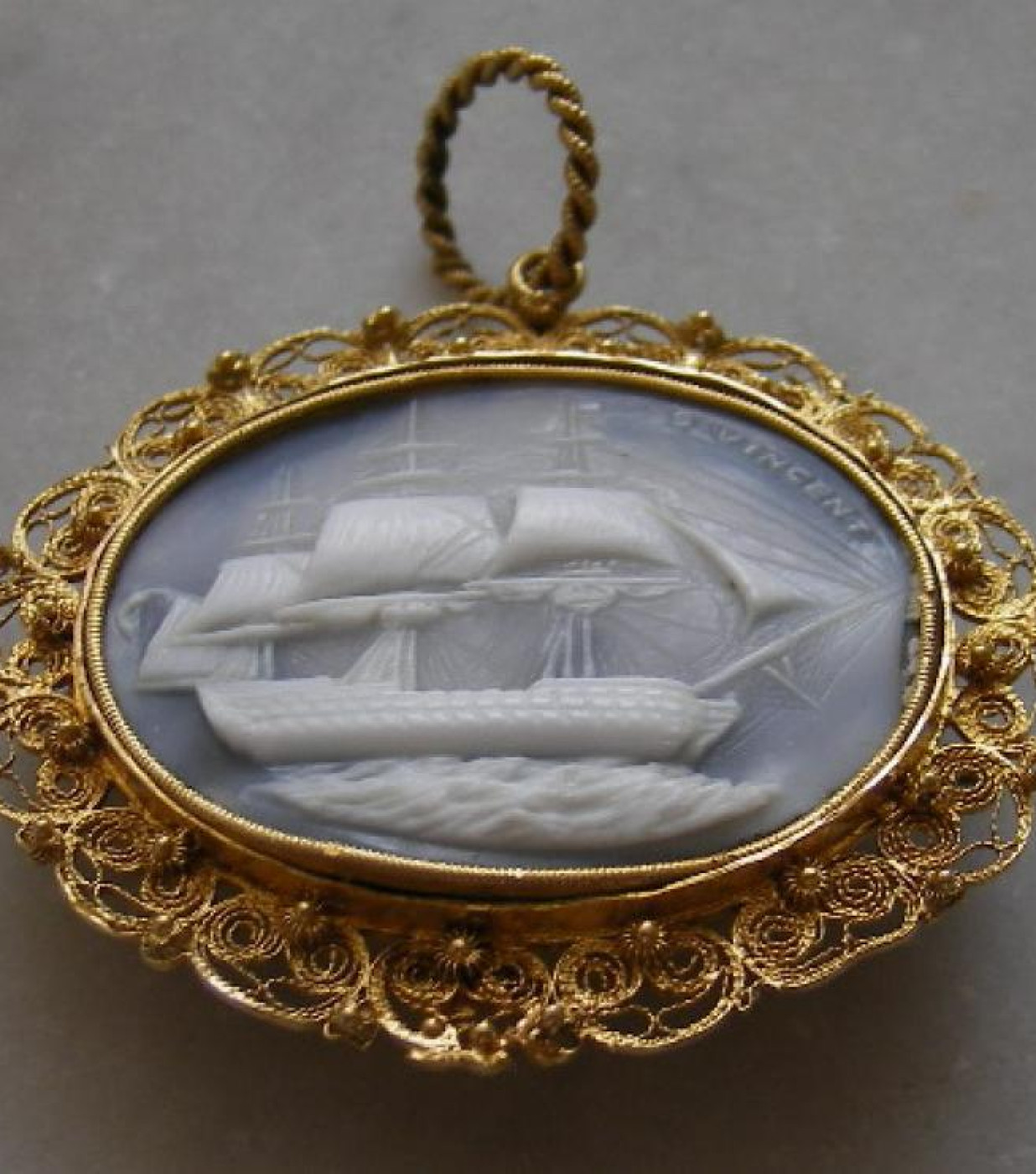 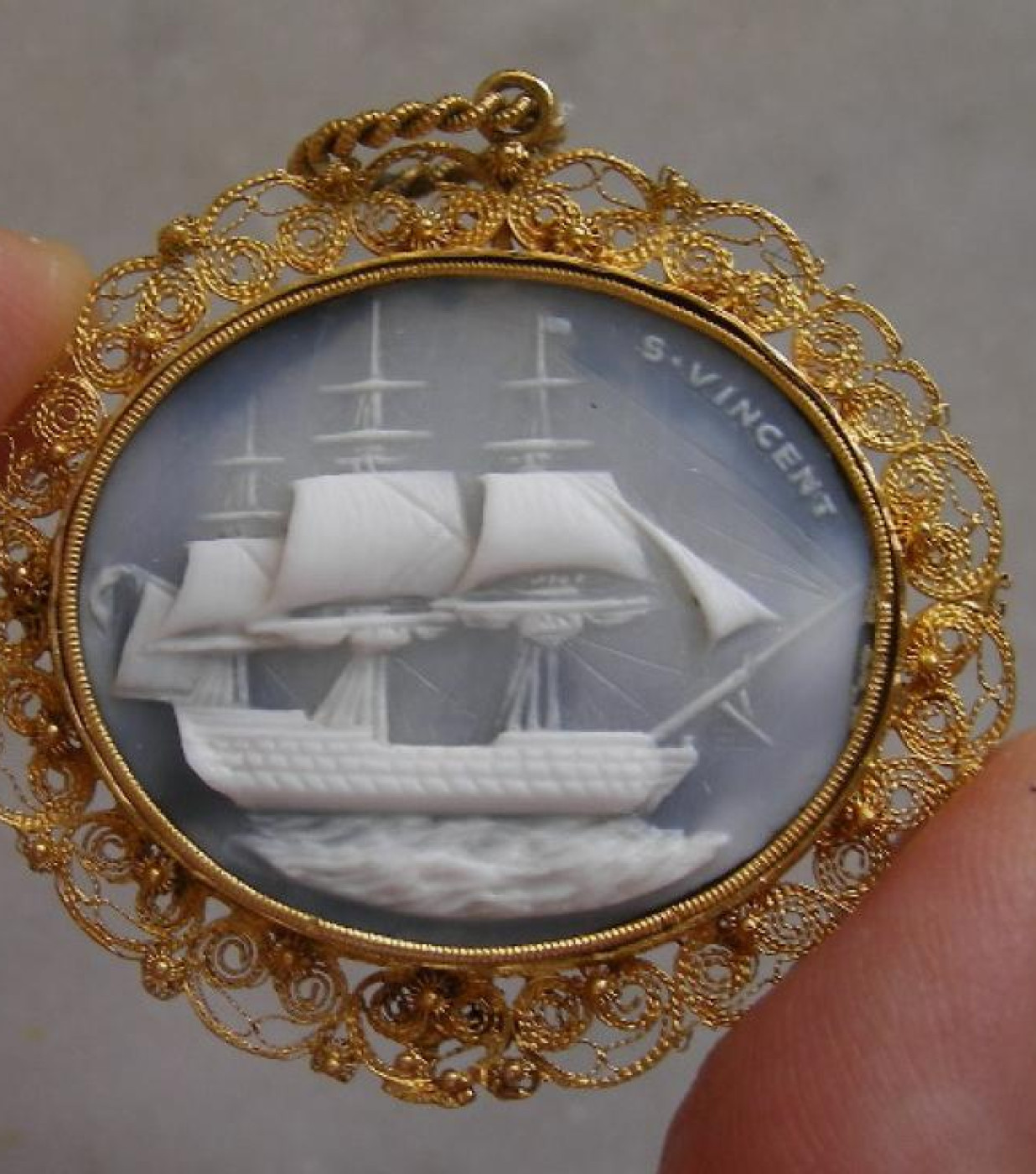 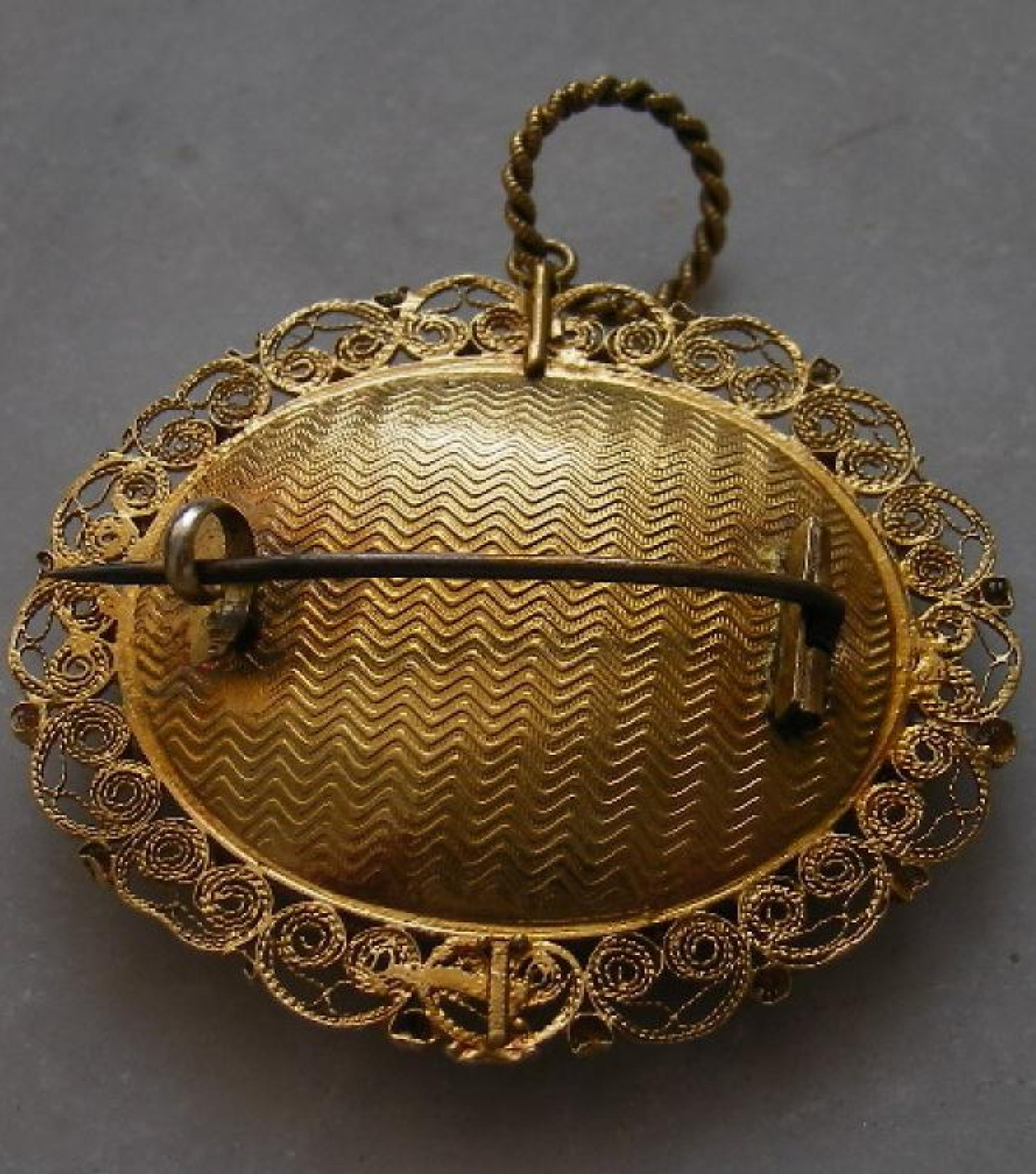 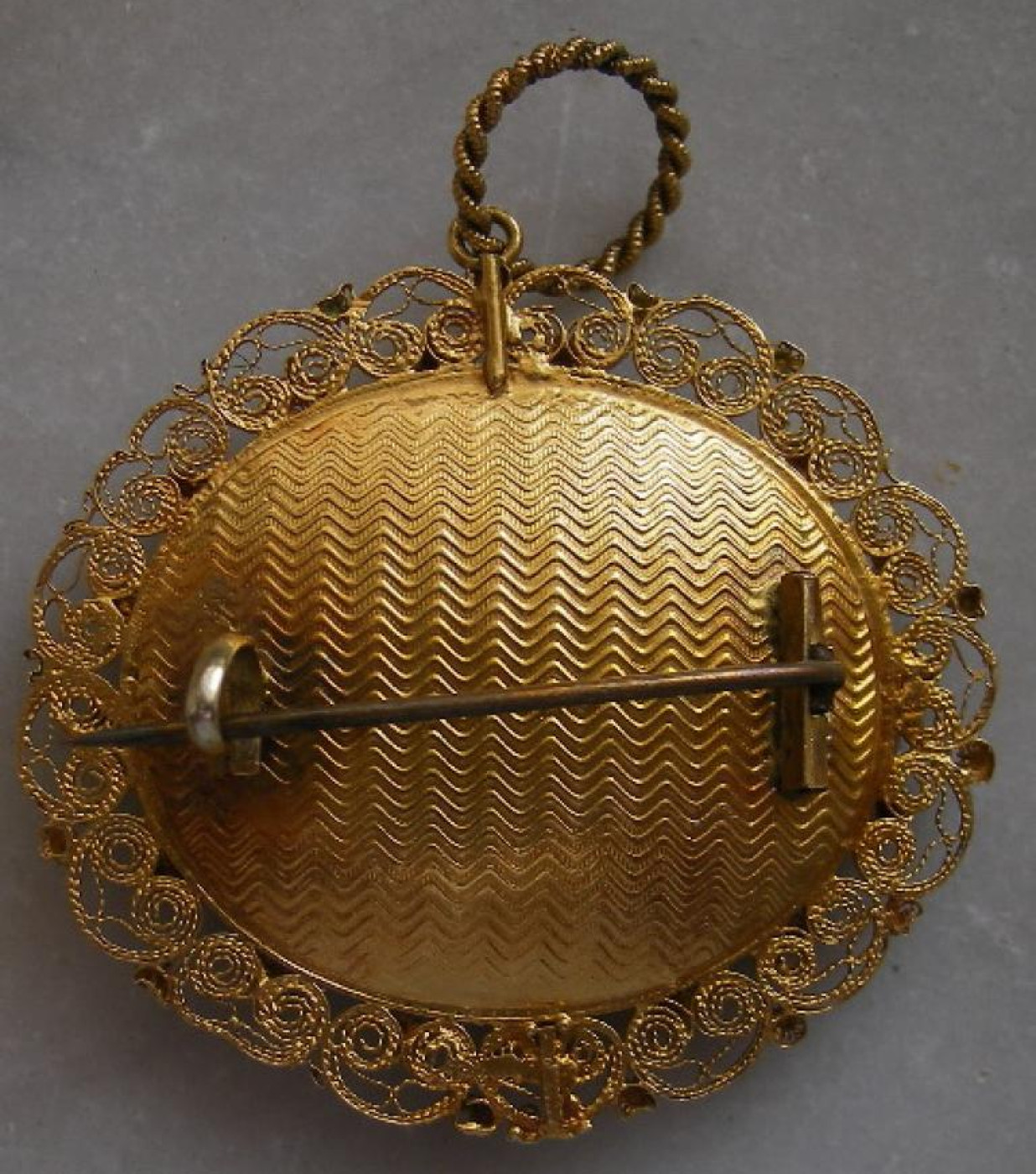 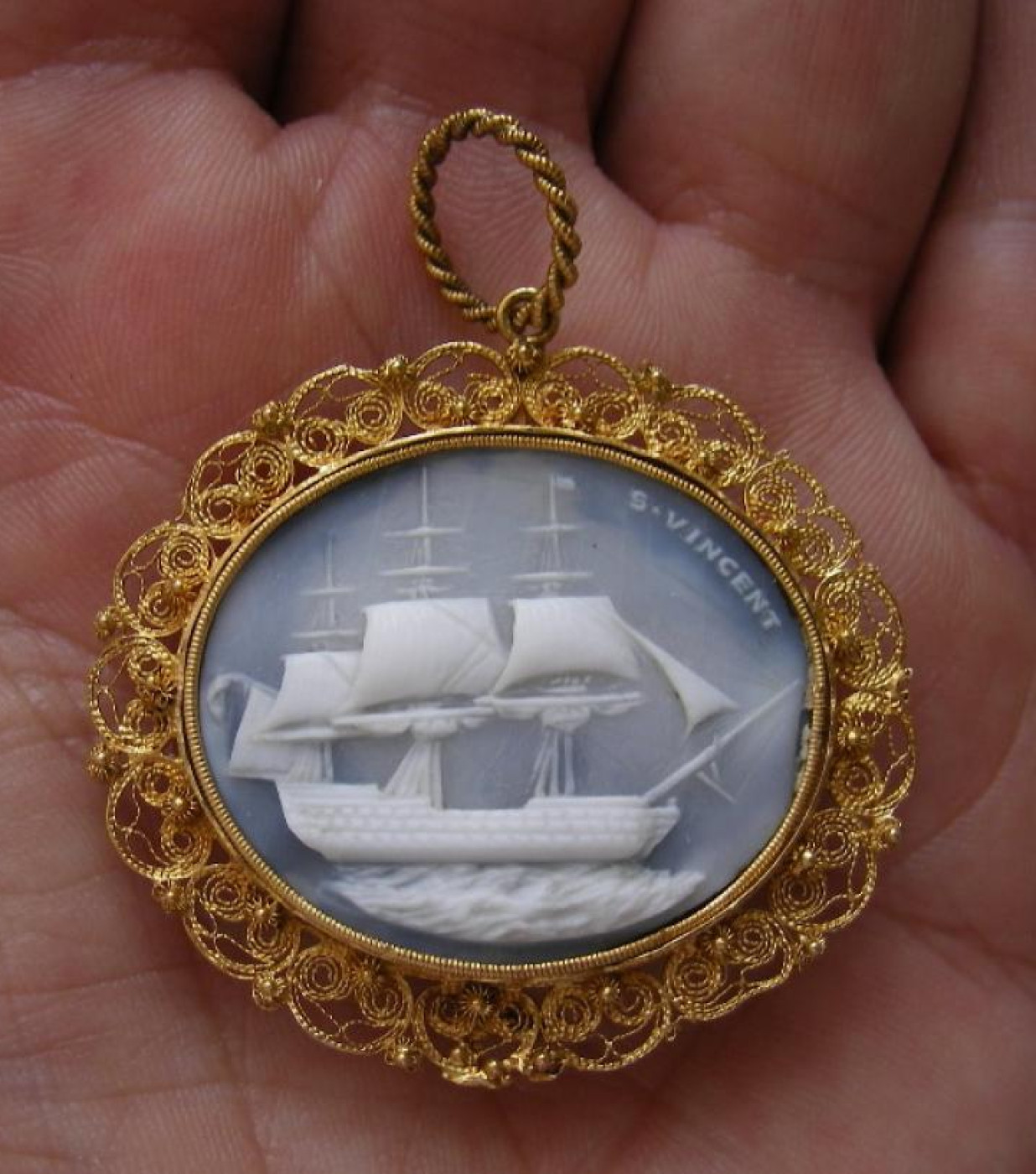 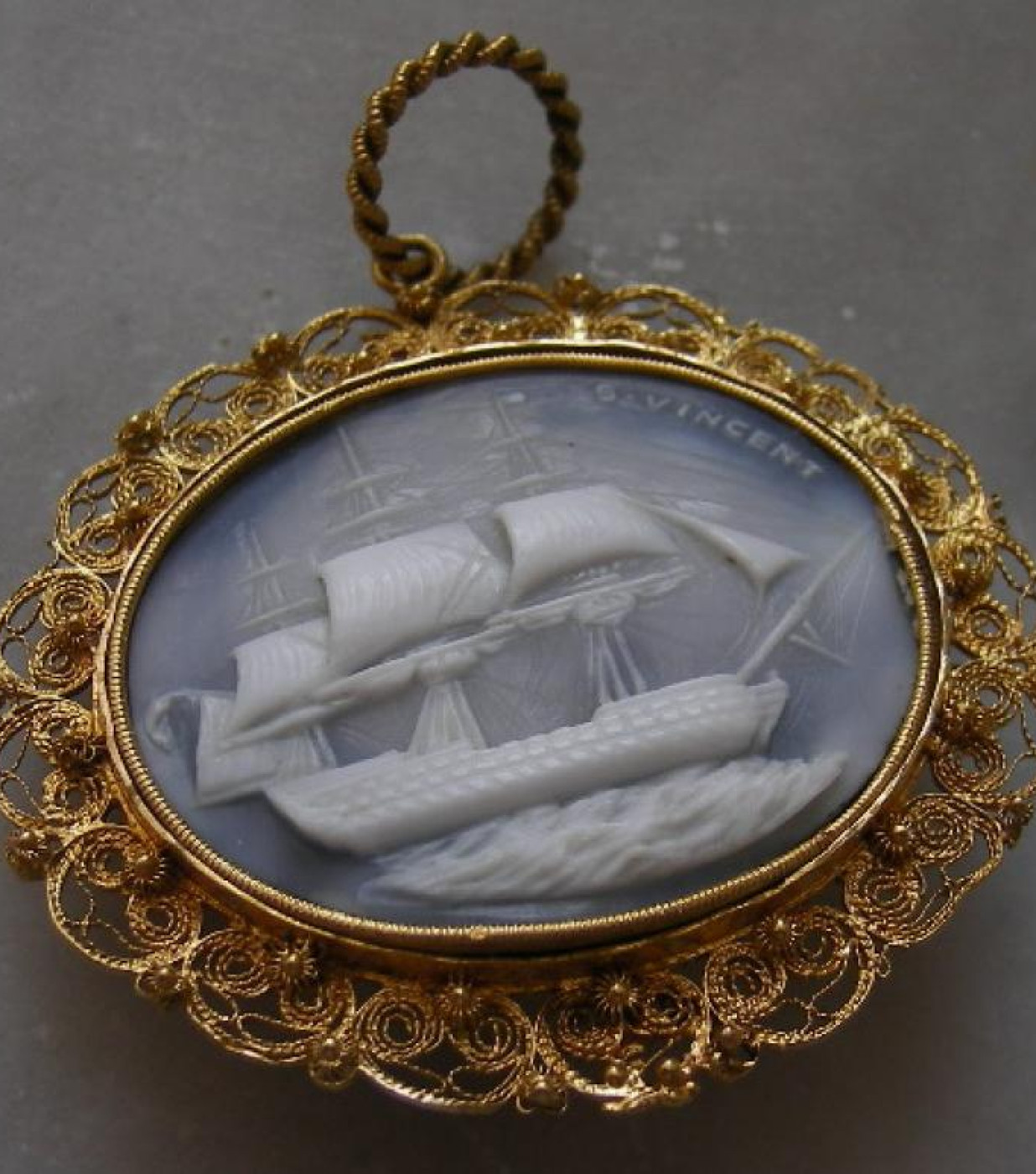 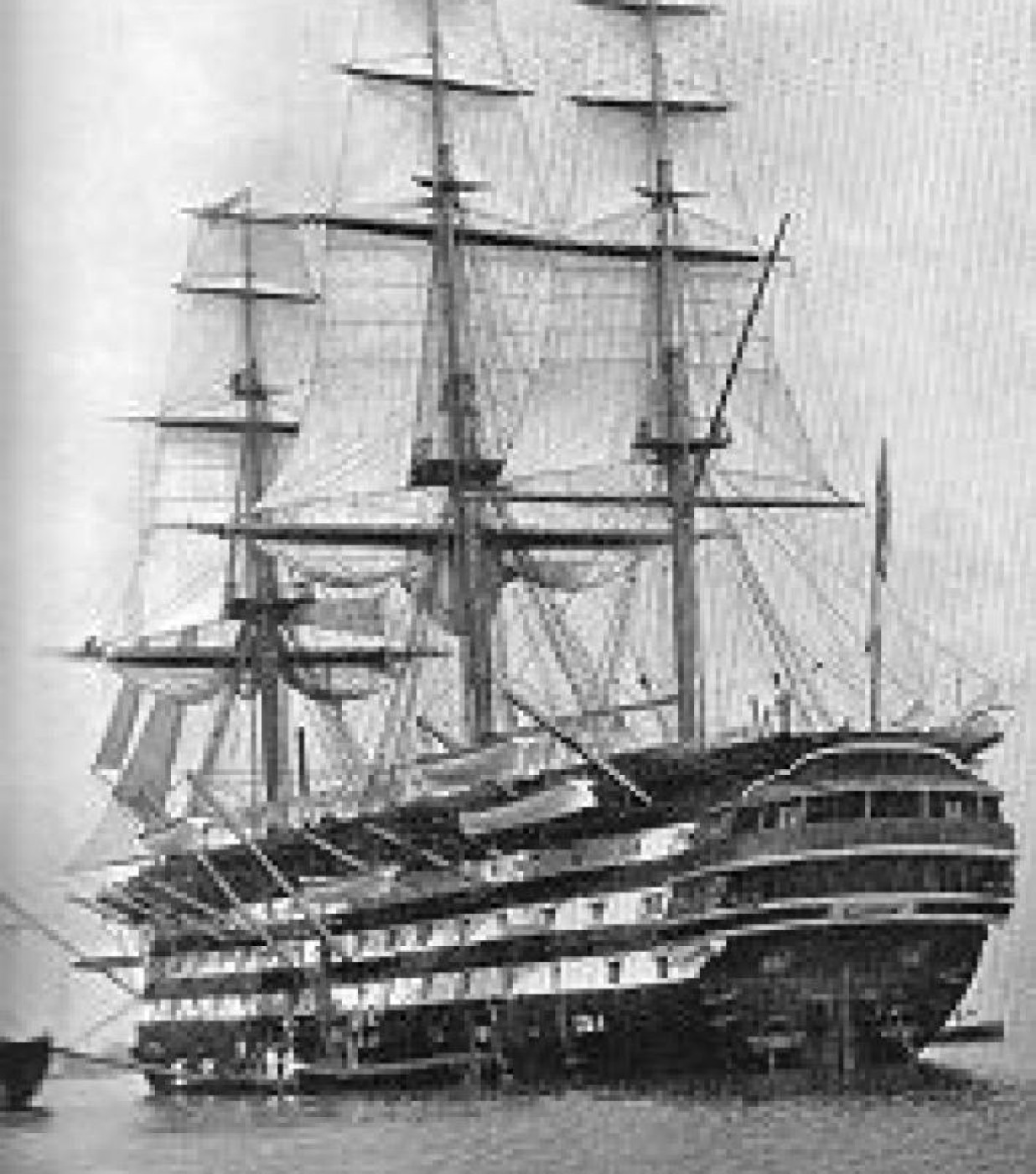 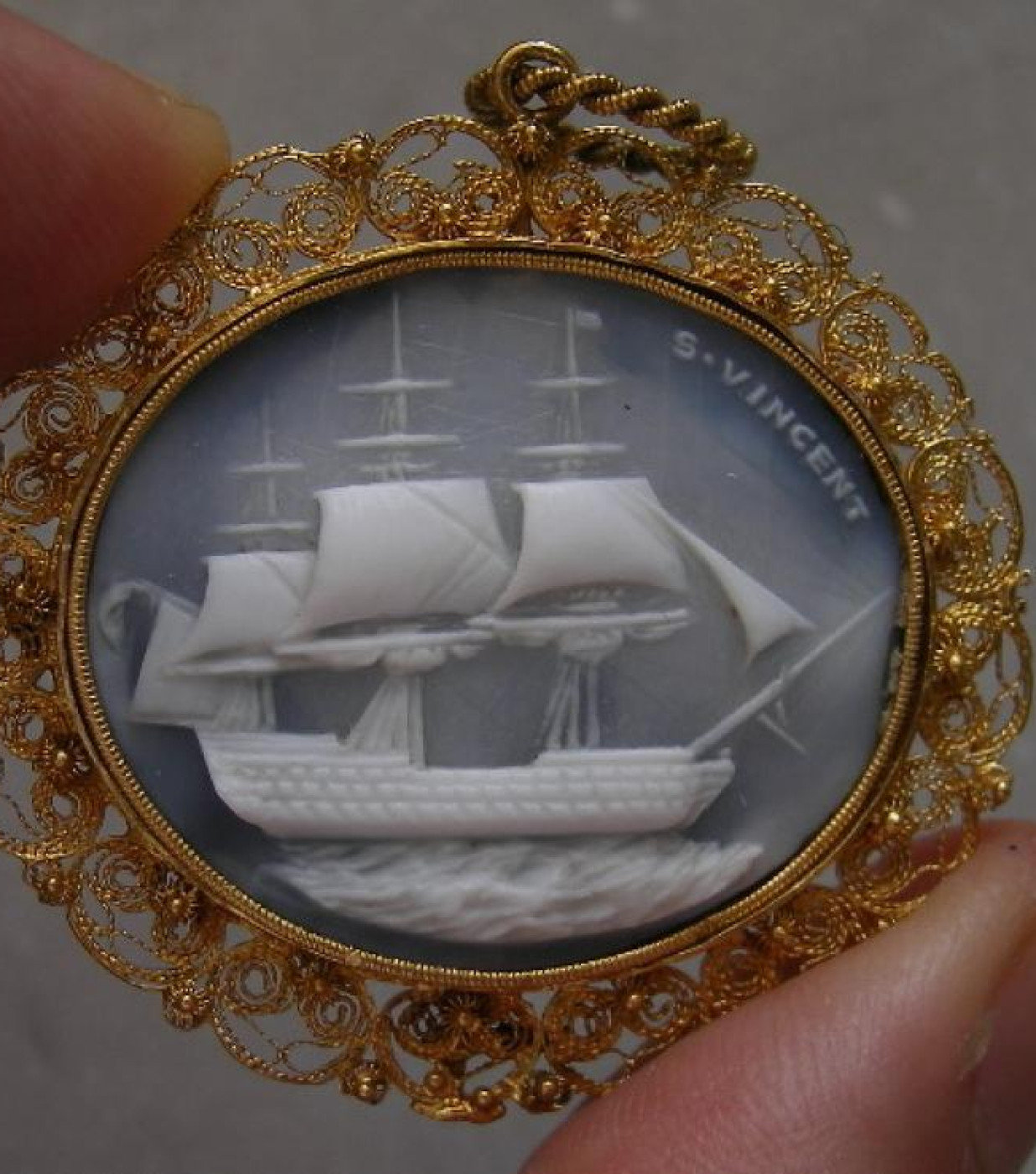 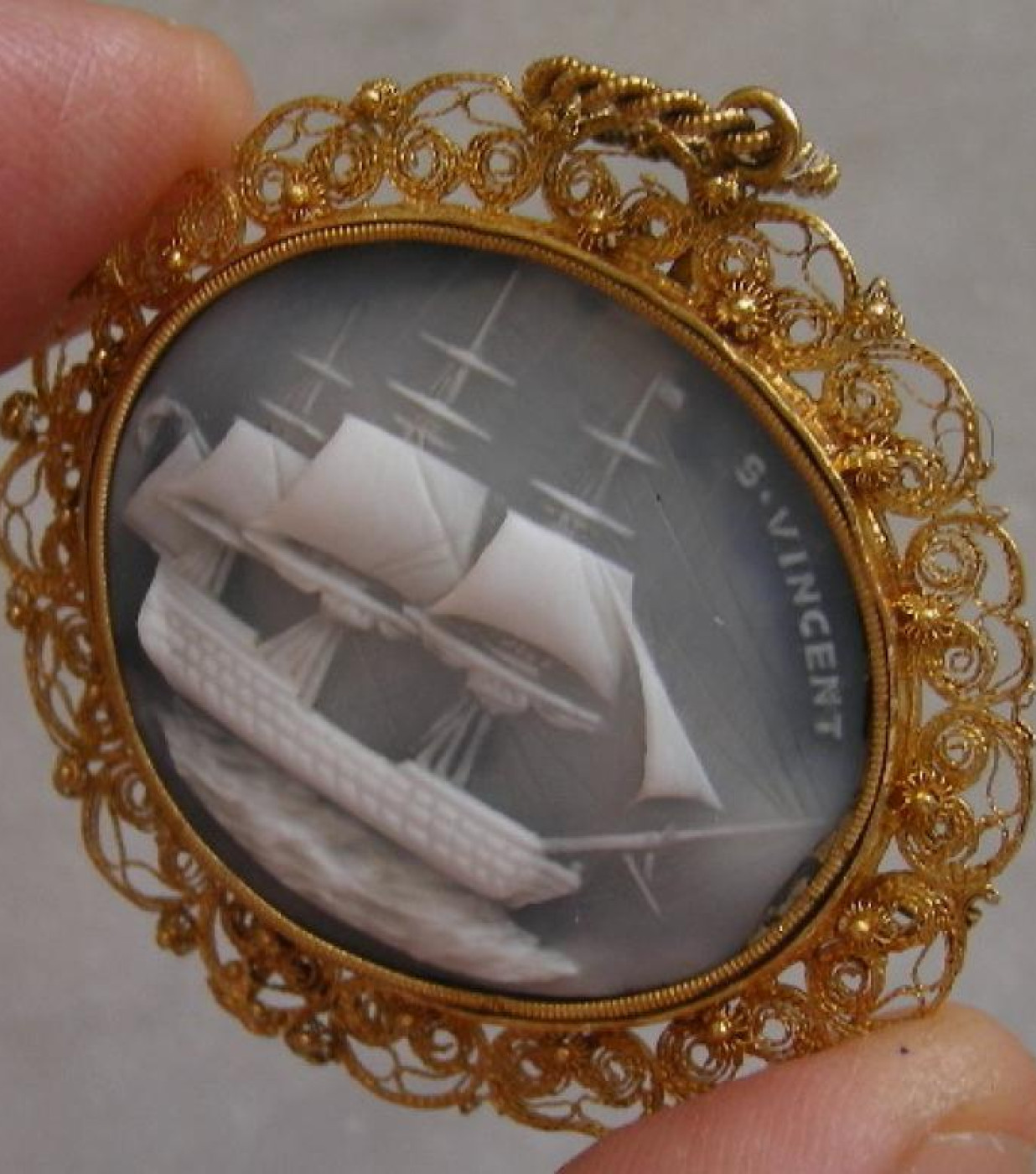 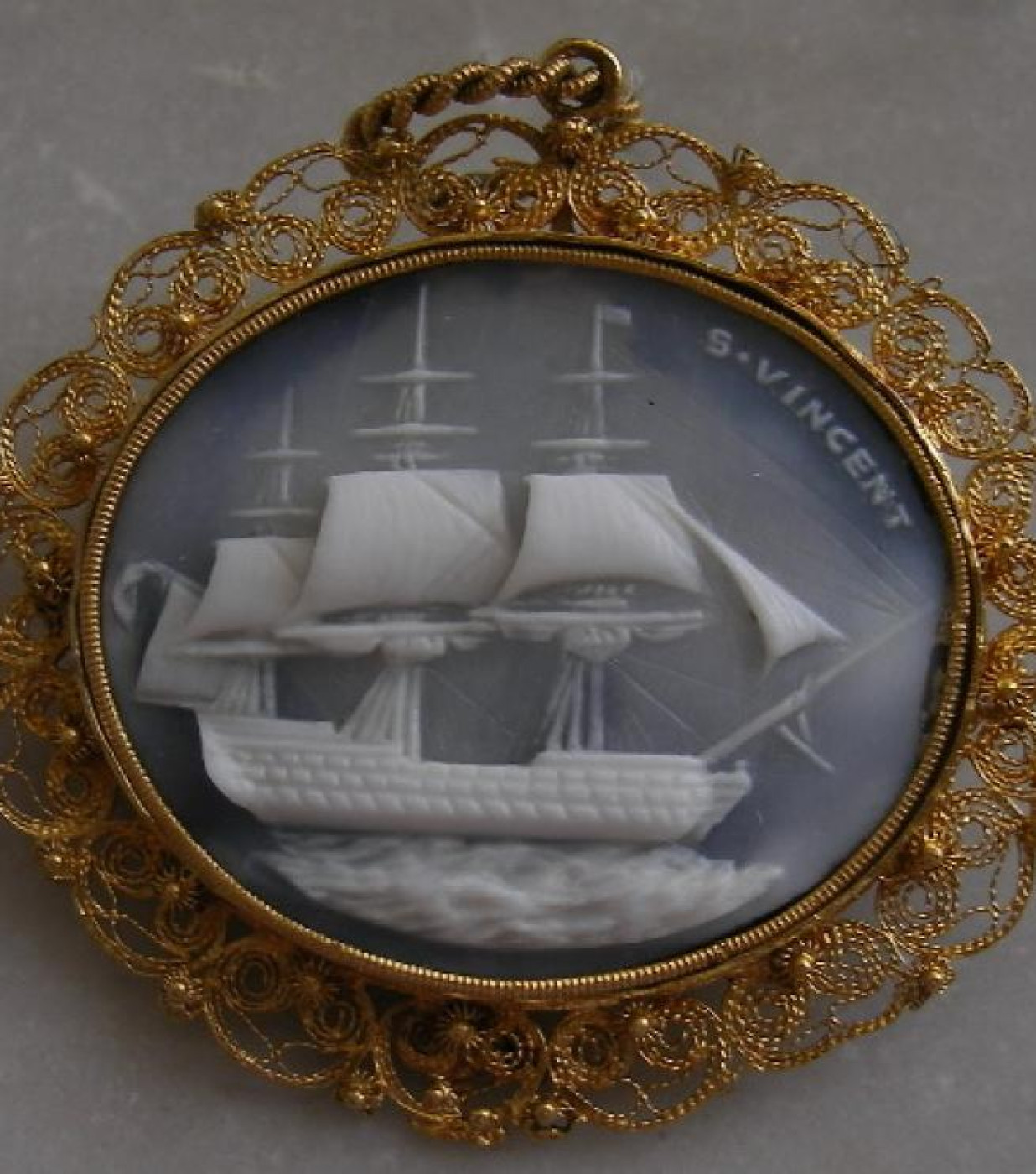 Museum Quality cameo and more than rare subject depicting a three mast square rigged war ship labelled 'S. Vincent'. The HMS St. Vincent was built at Plymouth Dockyard and launched on the 11th March 1815, the year of the battle of Waterloo. She was one of three sister ships named the Nelson, the Howe and the St. Vincent after the three great Admirals. The St Vincent was laid down at Plymouth Dockyard in the year after Trafalgar, and launched with great eclat before 50,000 spectators, in the year of Waterloo. She was one of three sister 120 gun first-rates, the Nelson, the Howe and the St Vincent were named in honour of the three great Admirals. Only the St Vincent survived to serve as flagship at Portsmouth and in the 1840s in the Channel and the Mediterranean. She then served as a training ship for boys at Portsmouth for over 25 years. Look how the carver paid so much attention to the details, he carved all the shrouds (ropes to keep firm and hoist the sails). Every single shroud is carved, like the sails and all the rest. Amazing cameo and rarest subject.
This is, with no doubt, one of the most rare cameo I have ever handled and one of most beautiful ones. The pictures speak by themselves. This is another masterly carved cameo. A very desirable collectors piece, rare and museum quality cameo.