Rarest Cameo of Athena in Armour 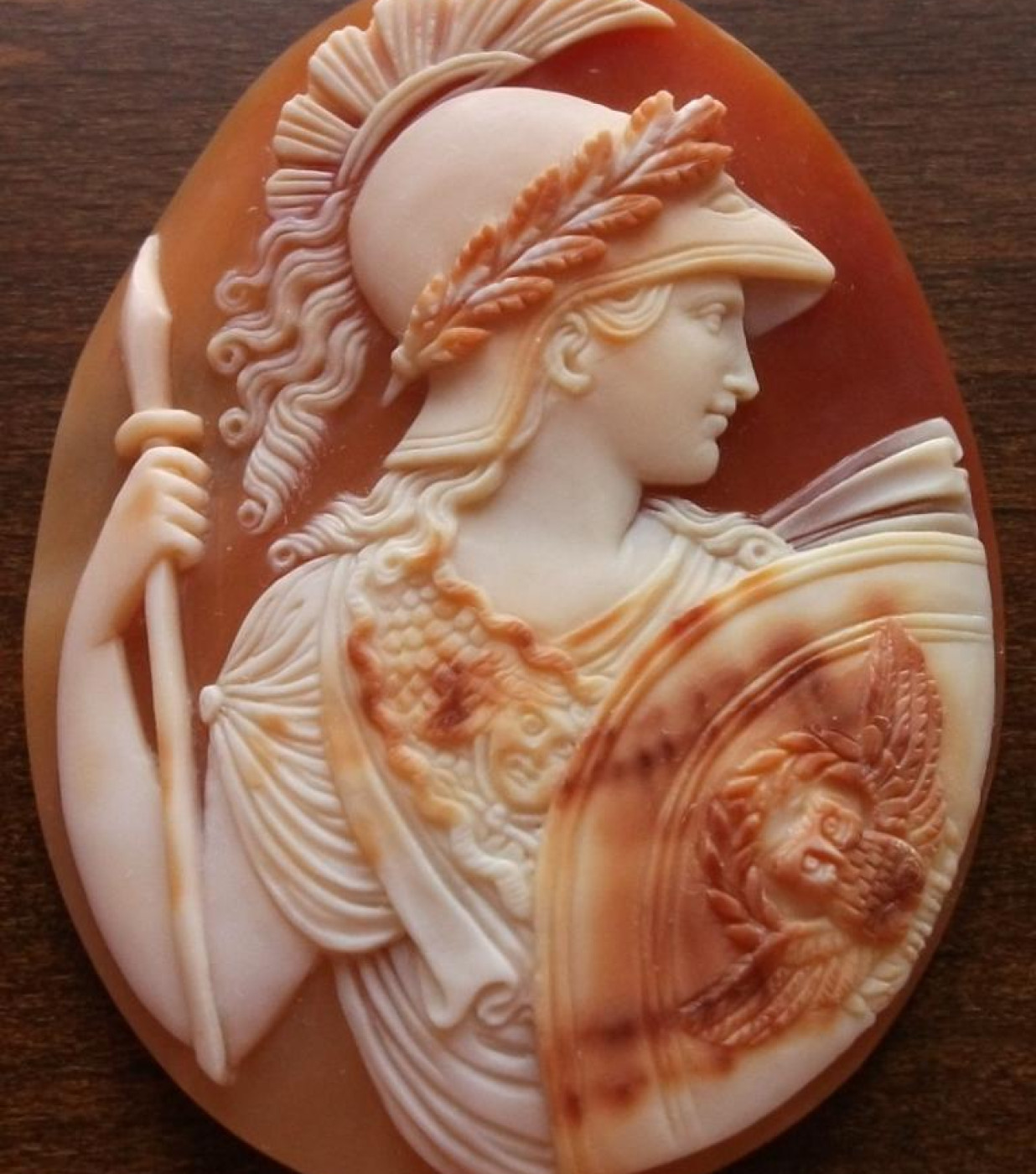 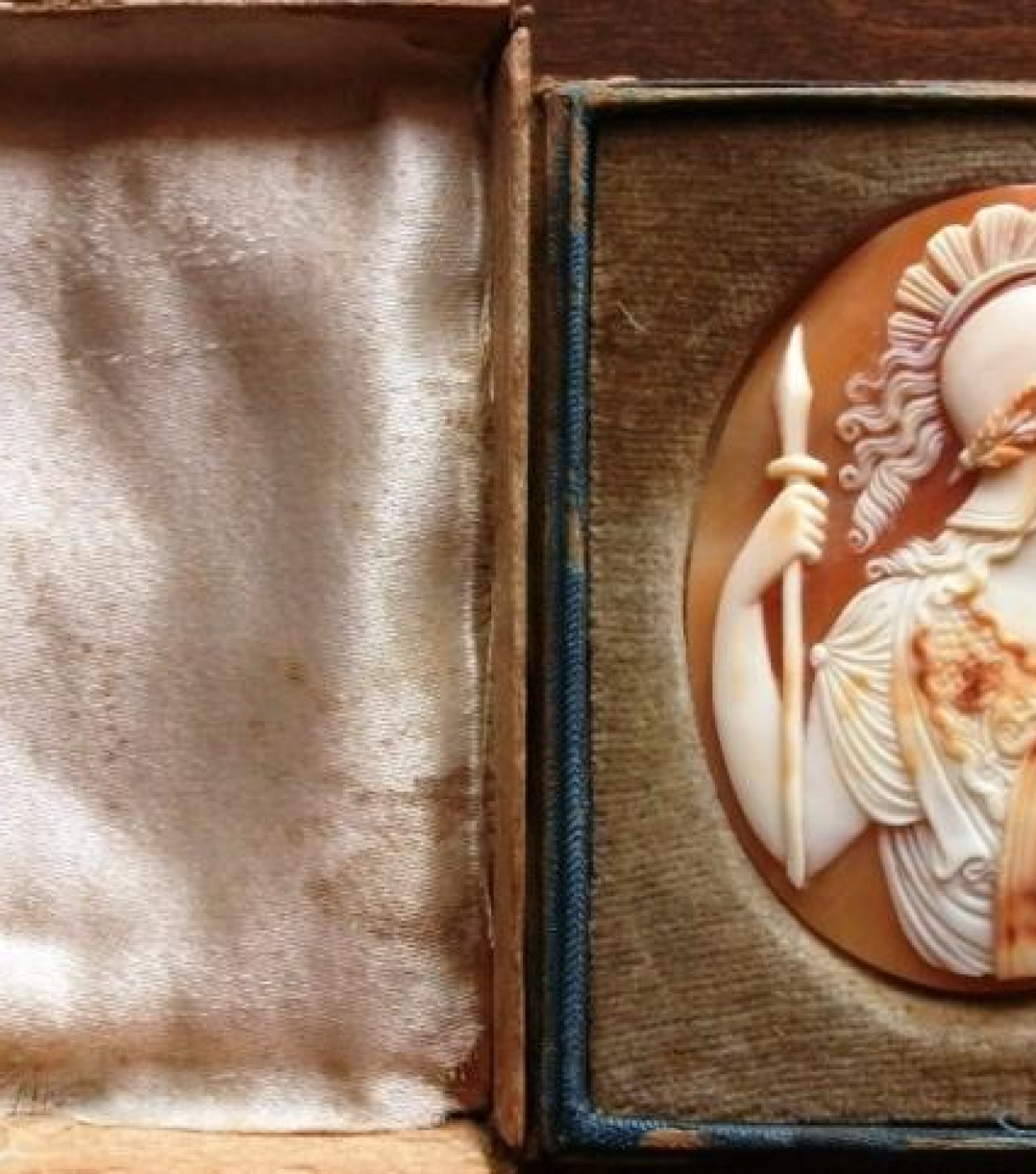 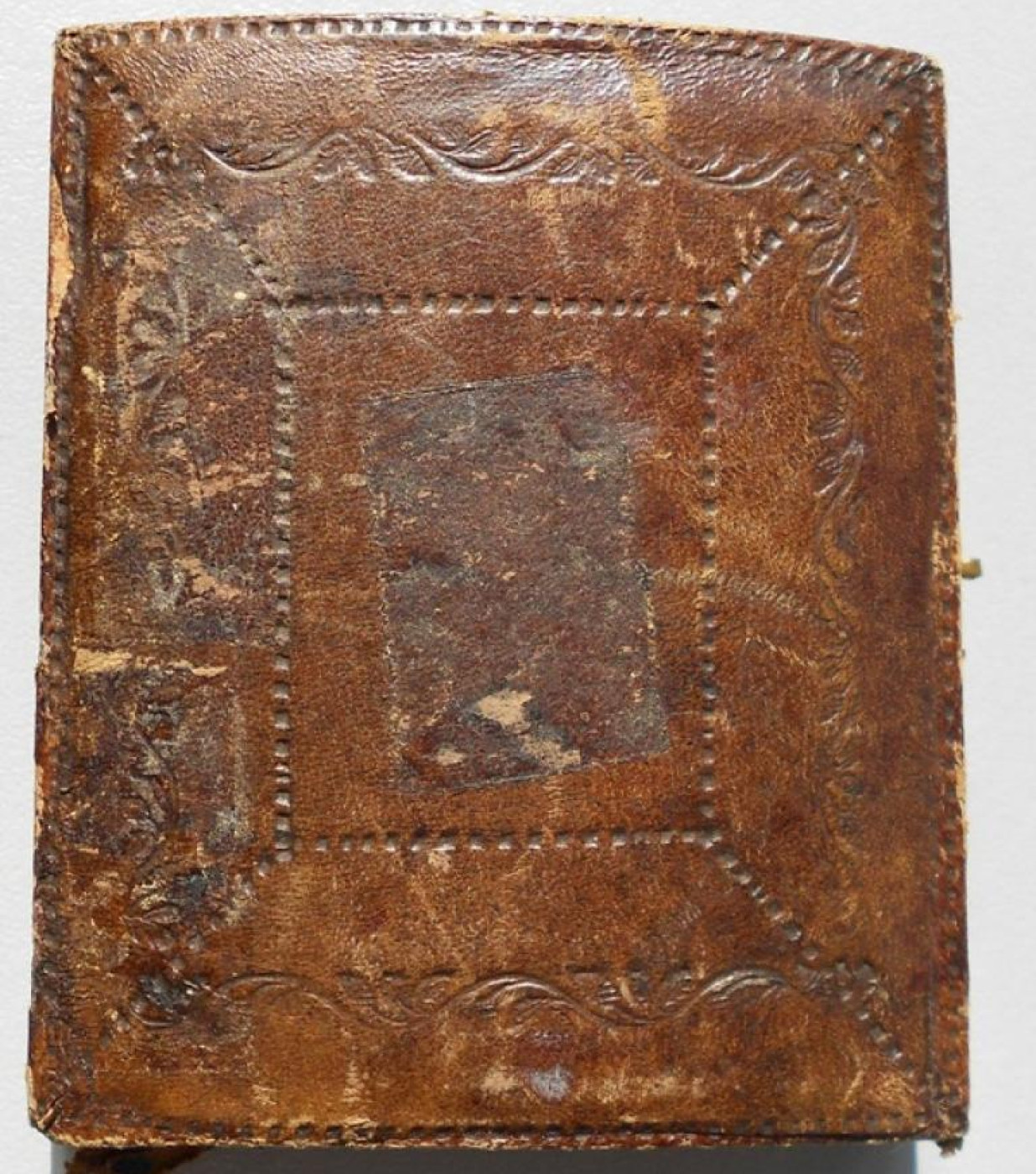 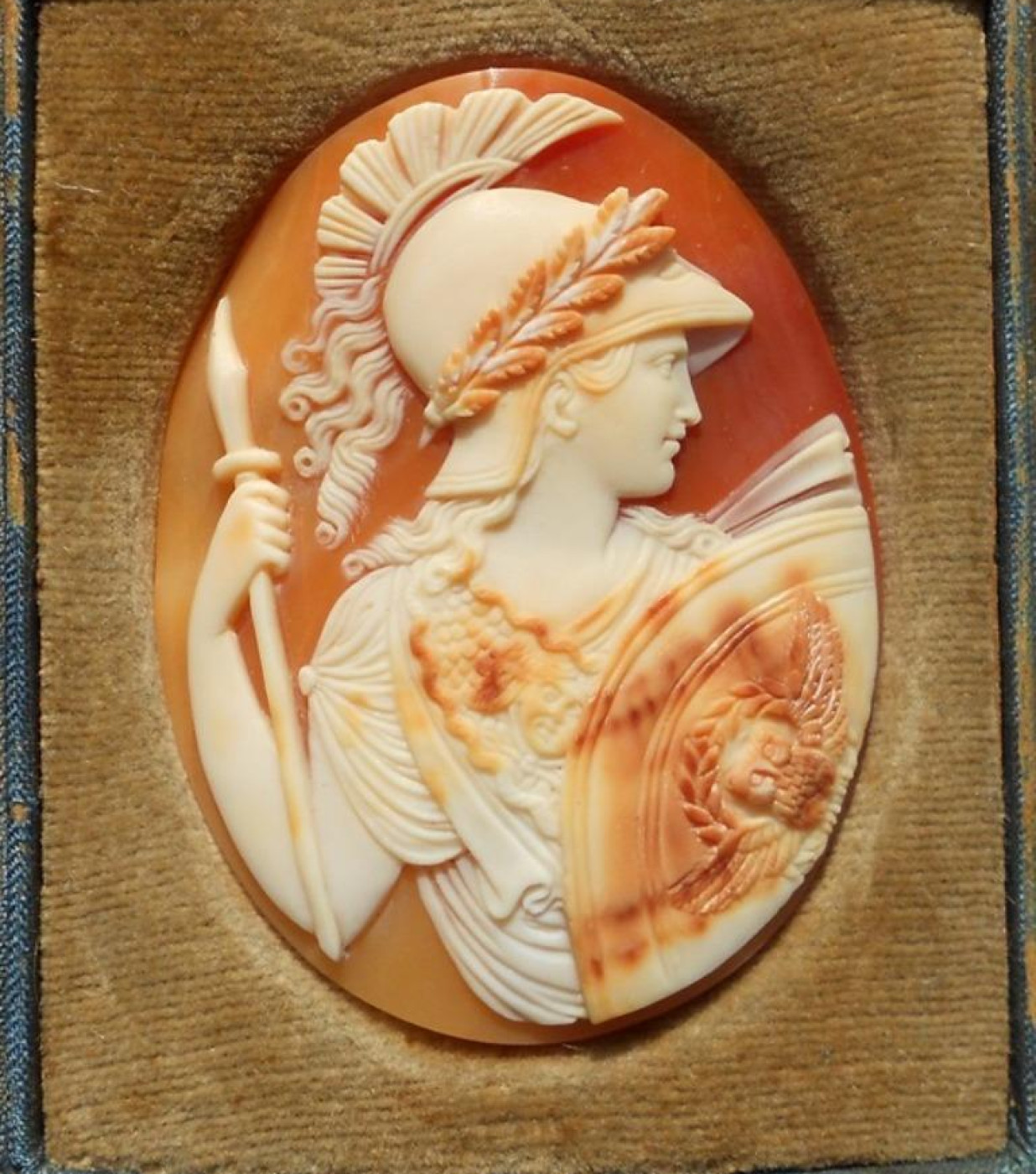 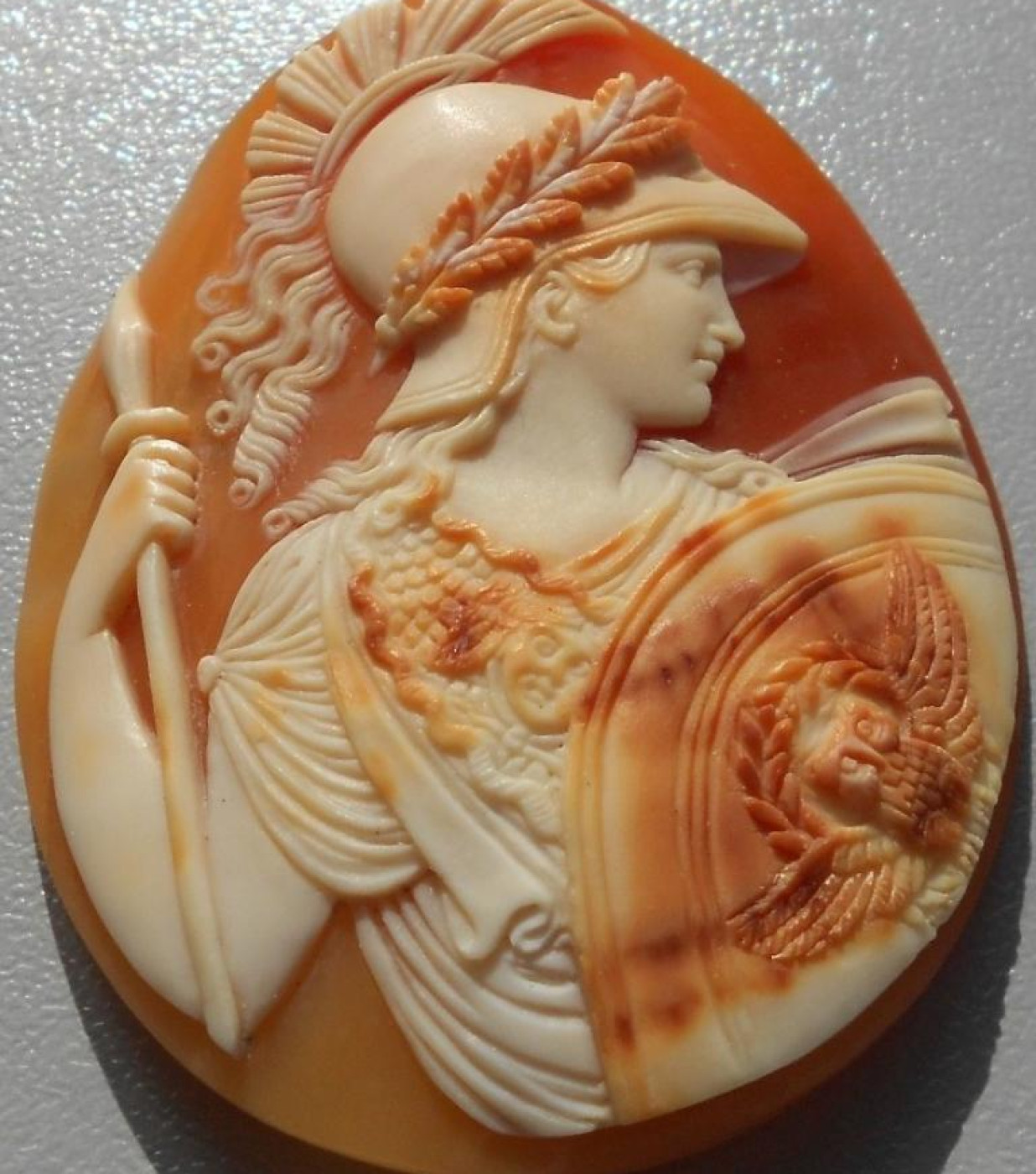 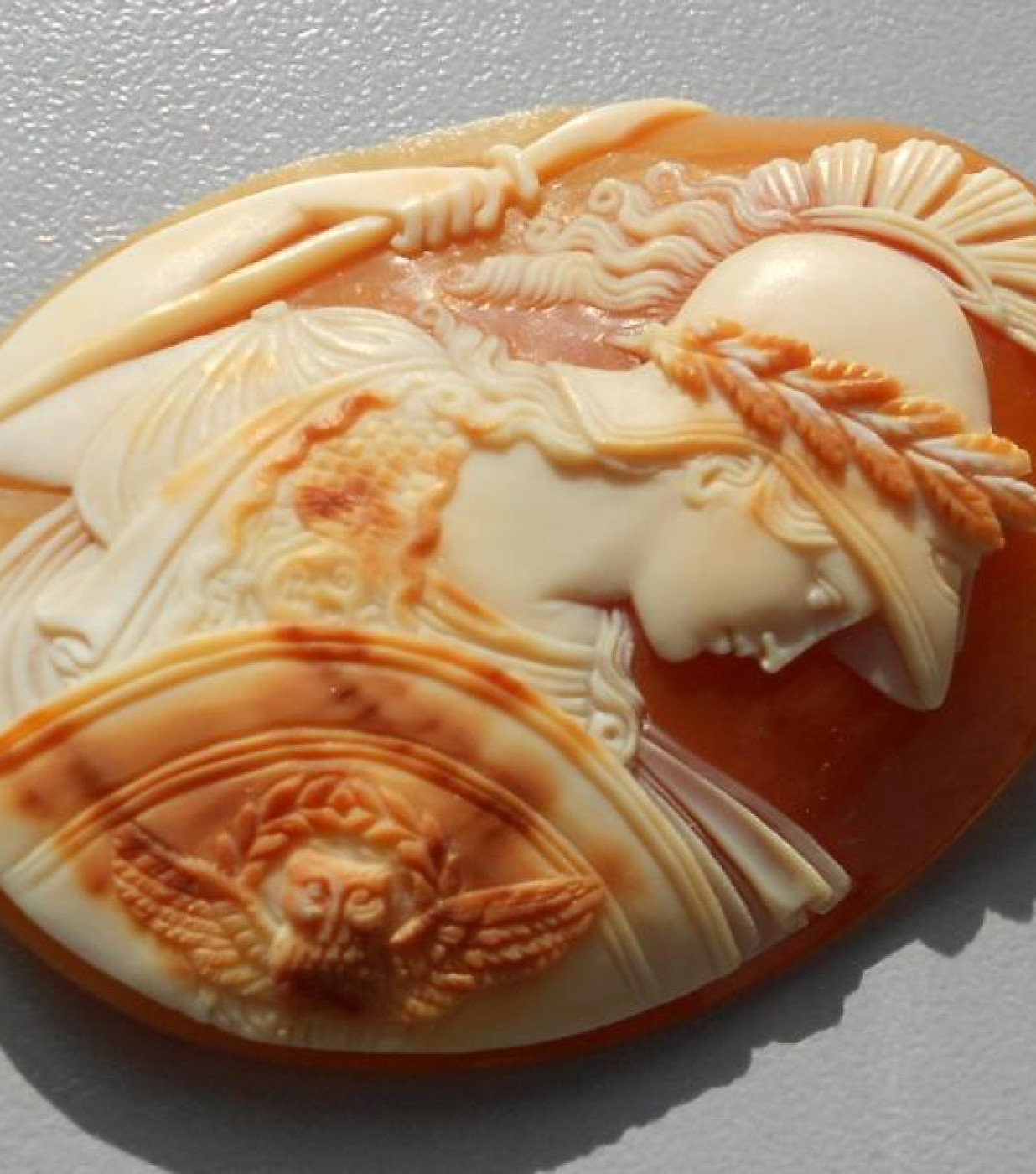 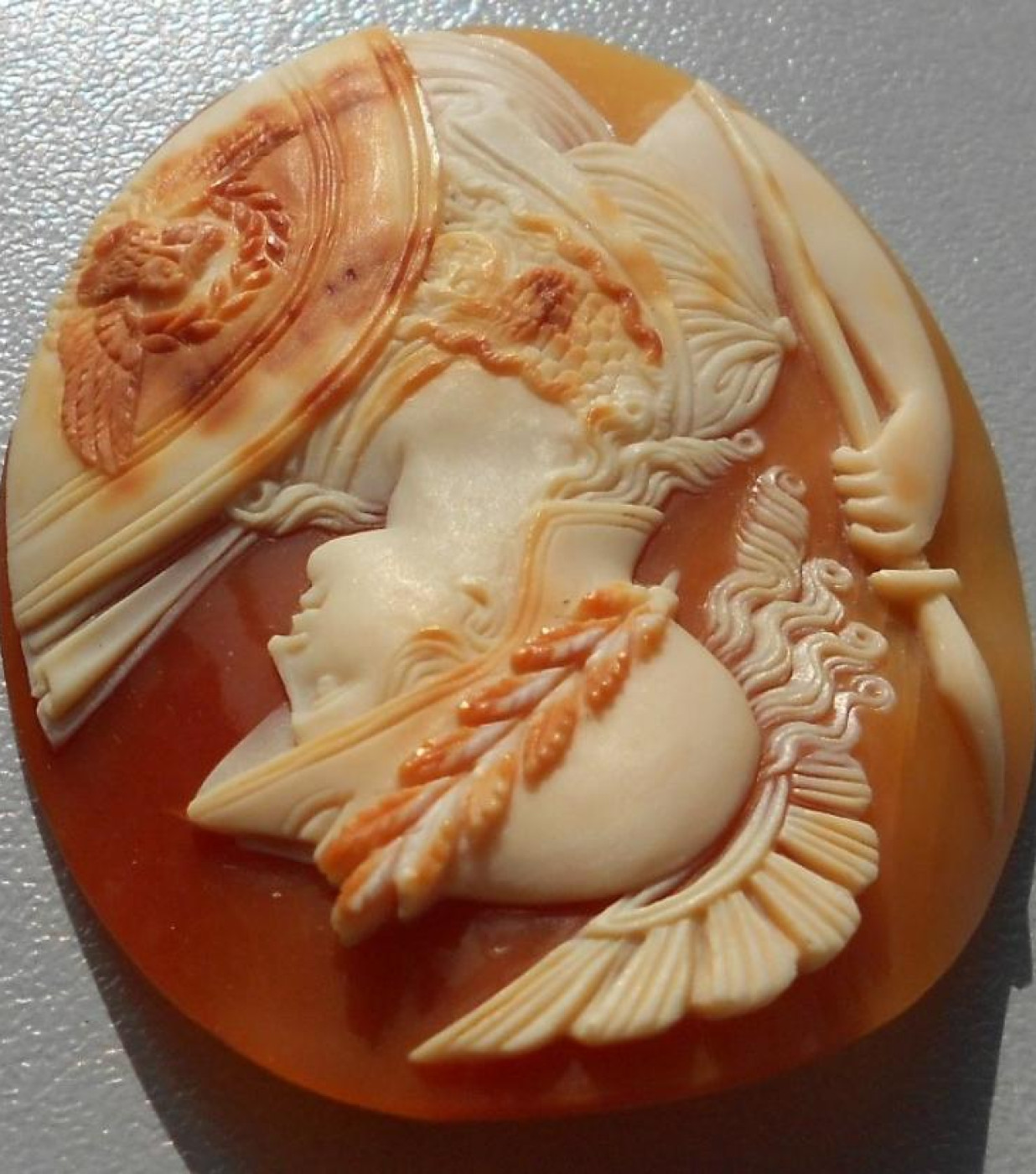 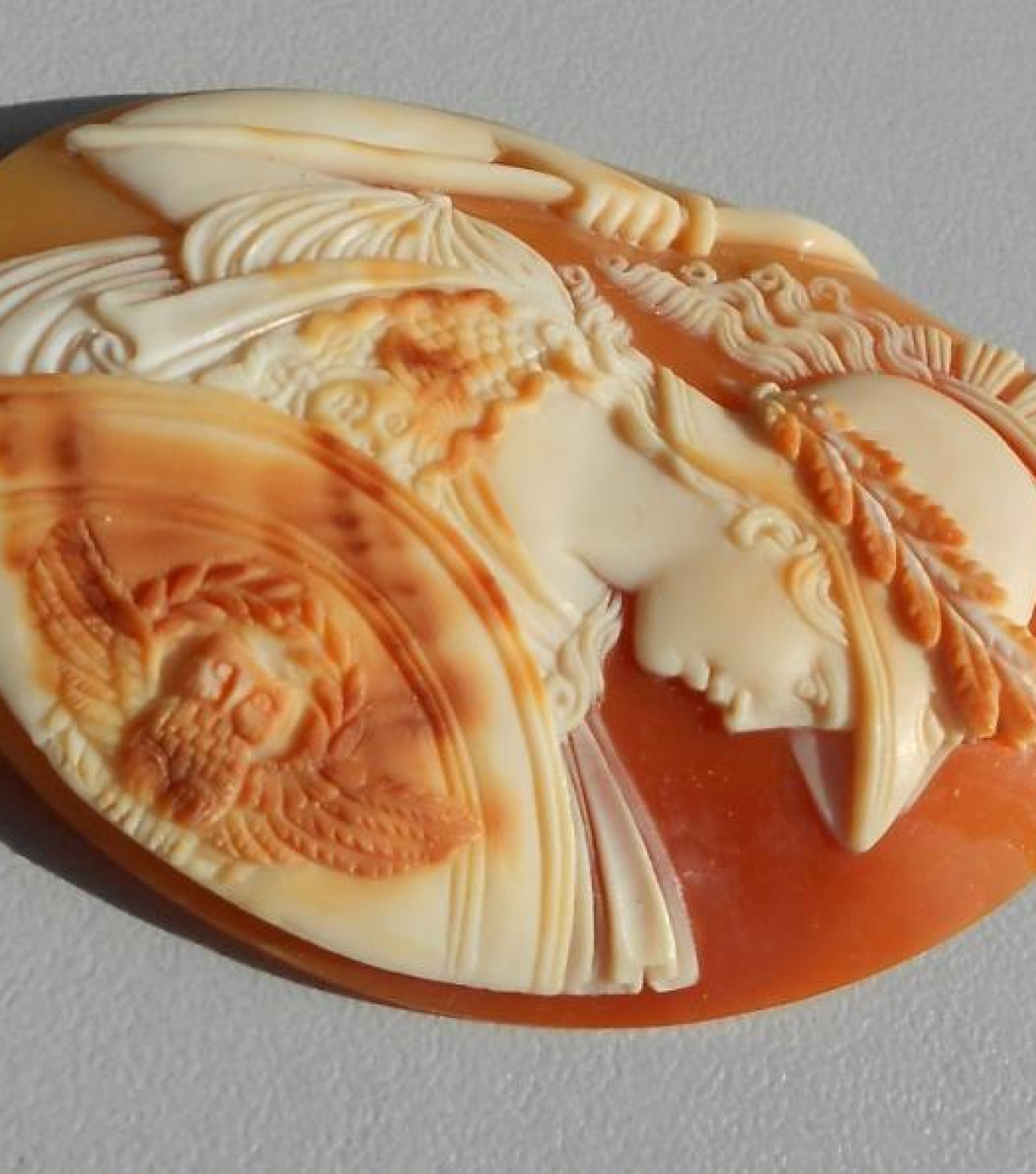 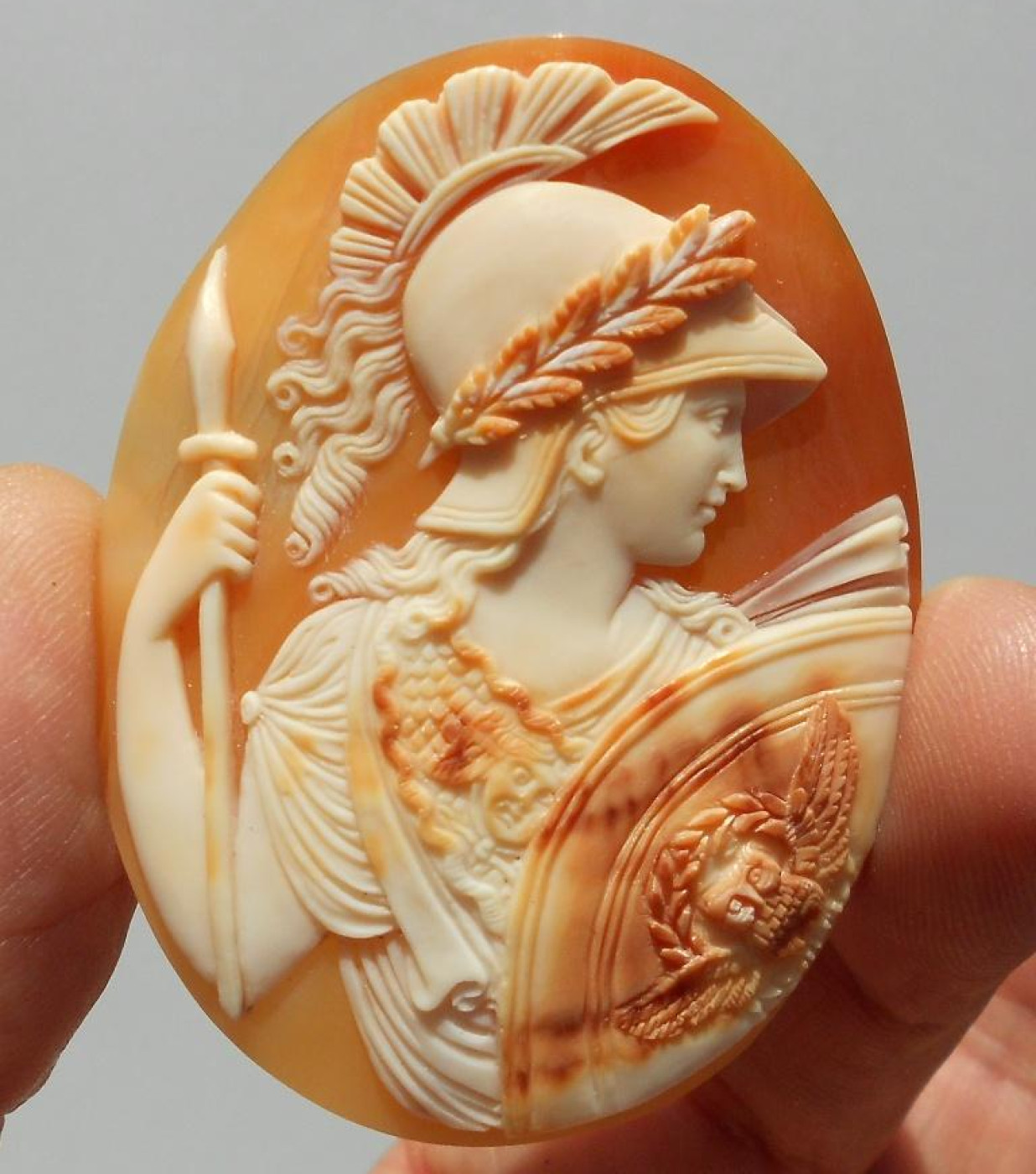 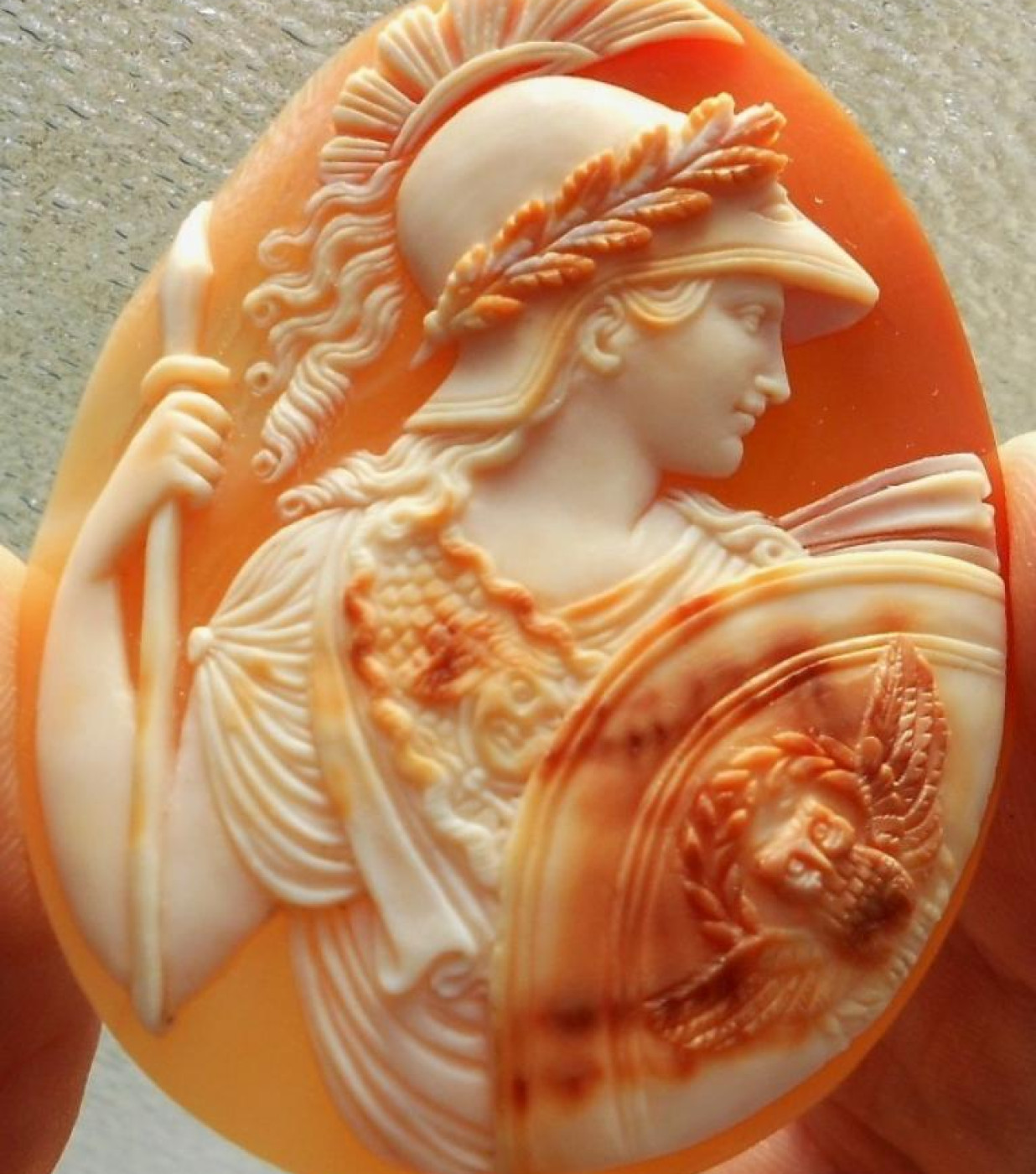 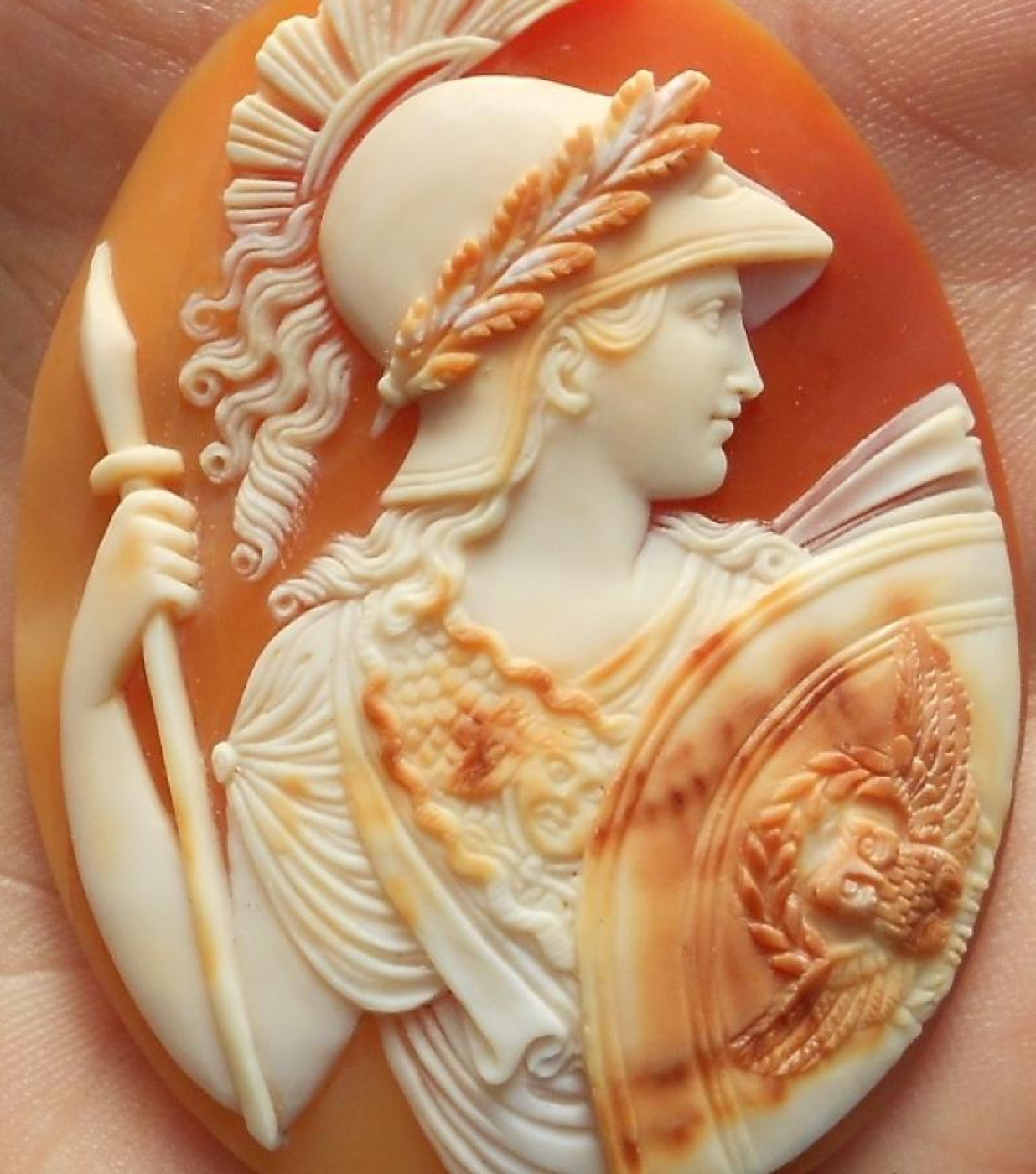 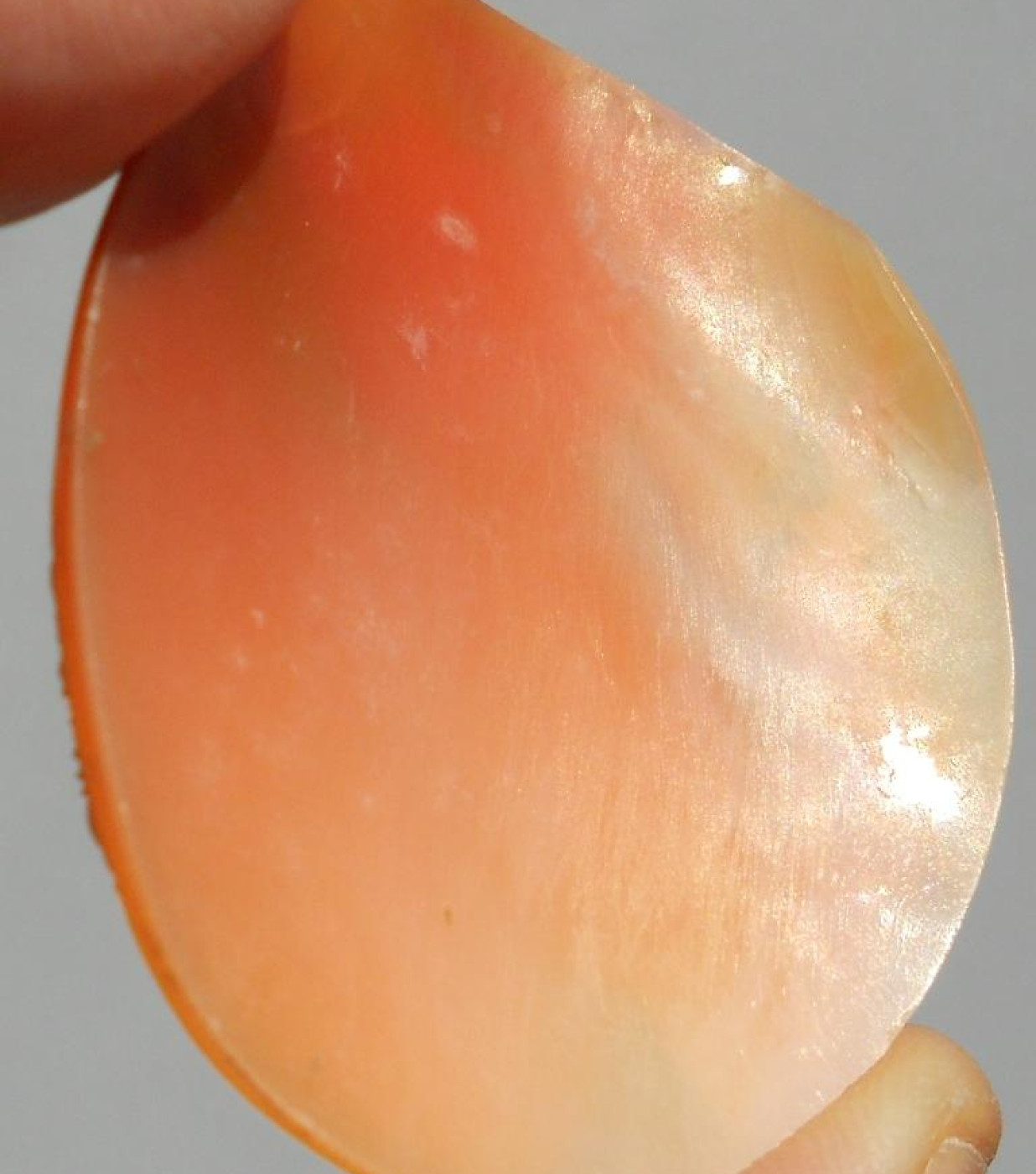 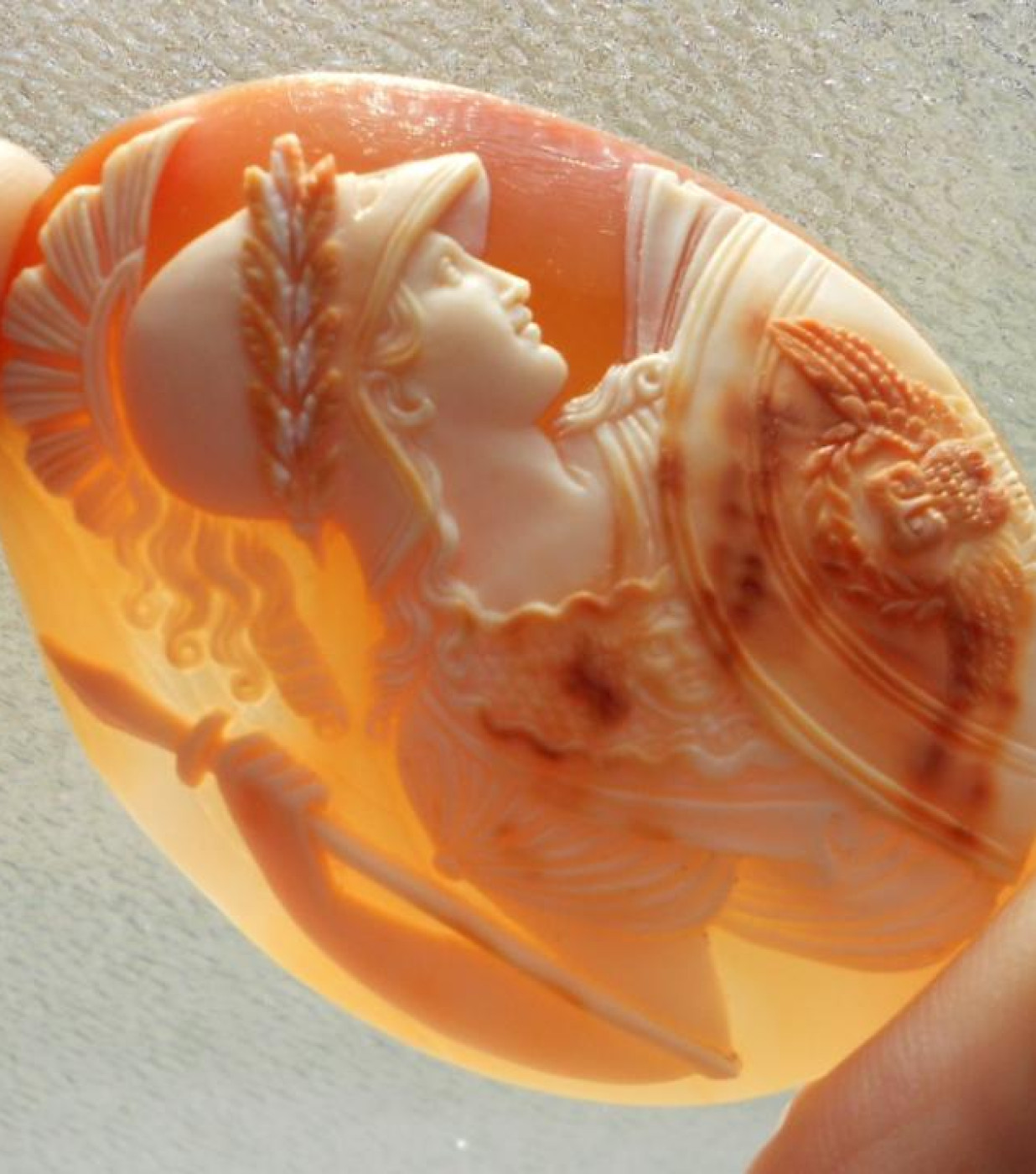 Museum Quality cameo depicting Athena in Armour, this is probably after a sculpture or a painting because I have had the same subject a few months ago, it can't be a coincidence, when you find two cameos showing the same subject it is because there is surely an original artwork before. I'm still researching to find the exact artwork. The carving on this cameo is simple perfect and very crisp, the cut lines are very clean and sharp. Her face is of high beauty and shows nobility. There are many things that you have to look at when you choose a cameo, for example I took this one even because of her face expression, there is something of alive in her, all the piece I chose have to transmit something to me, they have not to be only high quality cameos, they have to have something who touch you inside and catch your eyes. They have to have their own soul. I have always searched for those pieces and fortunately have always found what I was searching for. The colors of the shell have been marvellously  used by carved who was able to enhance the helmet leafs, the shield and its engraving and even to give a touch of color to a lock of Athena hair. This cameo is full and rich of details, the helmet worn by the goddess, her wonderful long hair, her shield magnificently engraved with the owl, one of her symbols, the armour on her breast showing the head of Medusa and worked like a snake skin.  Her face is lovely and shows the grace of a woman and the force of a warrior. I'm simply amazed looking at this cameo which is, in my opinion, a true work of art and a very rare one.  A wonderful piece in its original fitted case, absolutely to not to miss.

In the Greek mythology Athena, daughter of Zeus, was the goddess of  Wisdom, of the Weaving, of the Arts, and, presumably, of the noblest sides of the War, while the violence and the cruelty were part of  the dominion of Ares. The sacred symbols were the owl and the olive. She is almost always represented with a helmet or a shield and with the Aegis (a short armour with fringes) with in the center the head of  Medusa given by Perseus to Athena in sign of thanks for the help had when he faced the Medusa. Athena never had an husband or lover and for this she was known like Athena Parthenos (the Virgin Athena), from which the name of the most famous temple dedicated to her, the Parthenon on Athen's Acropolis.