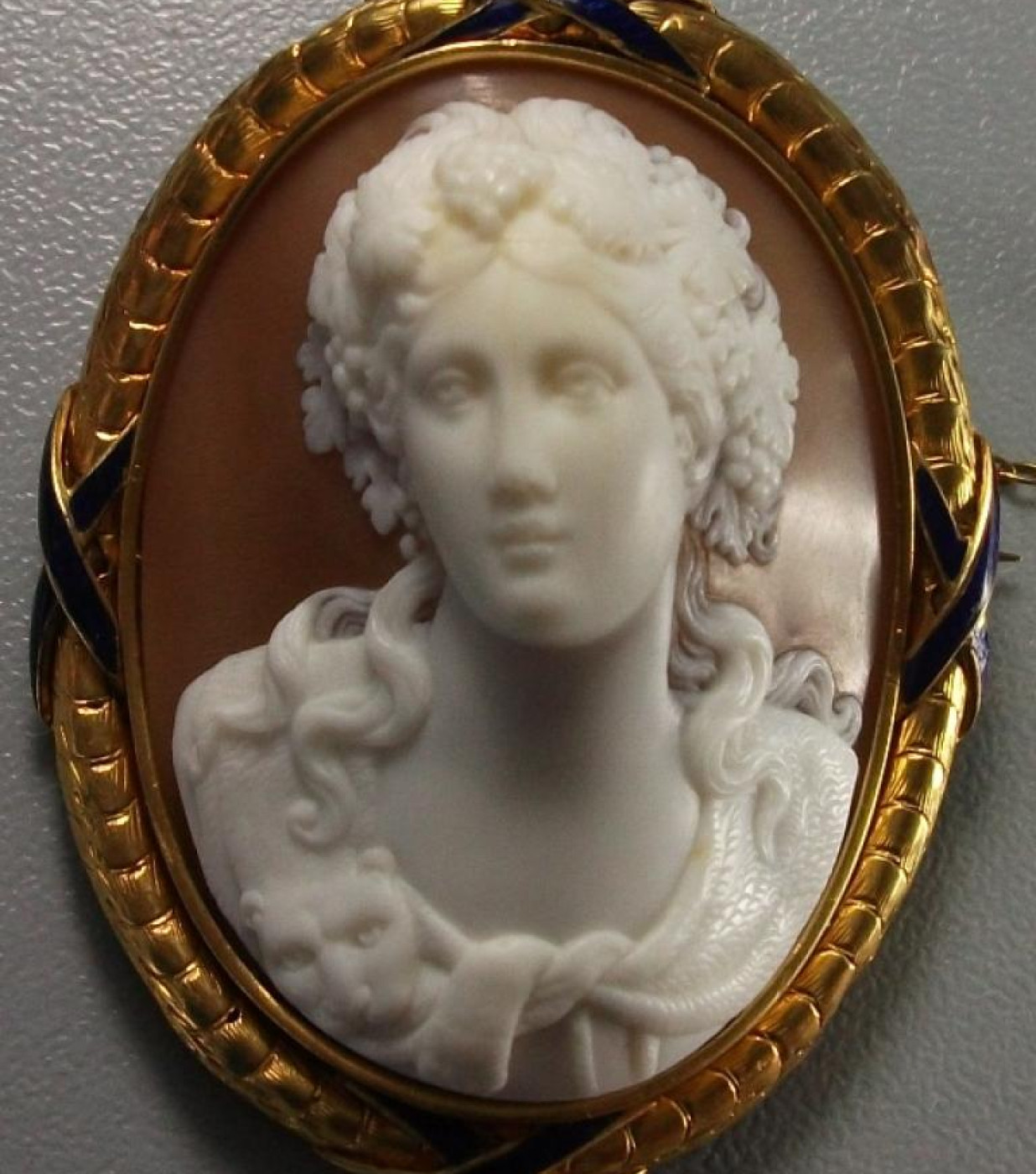 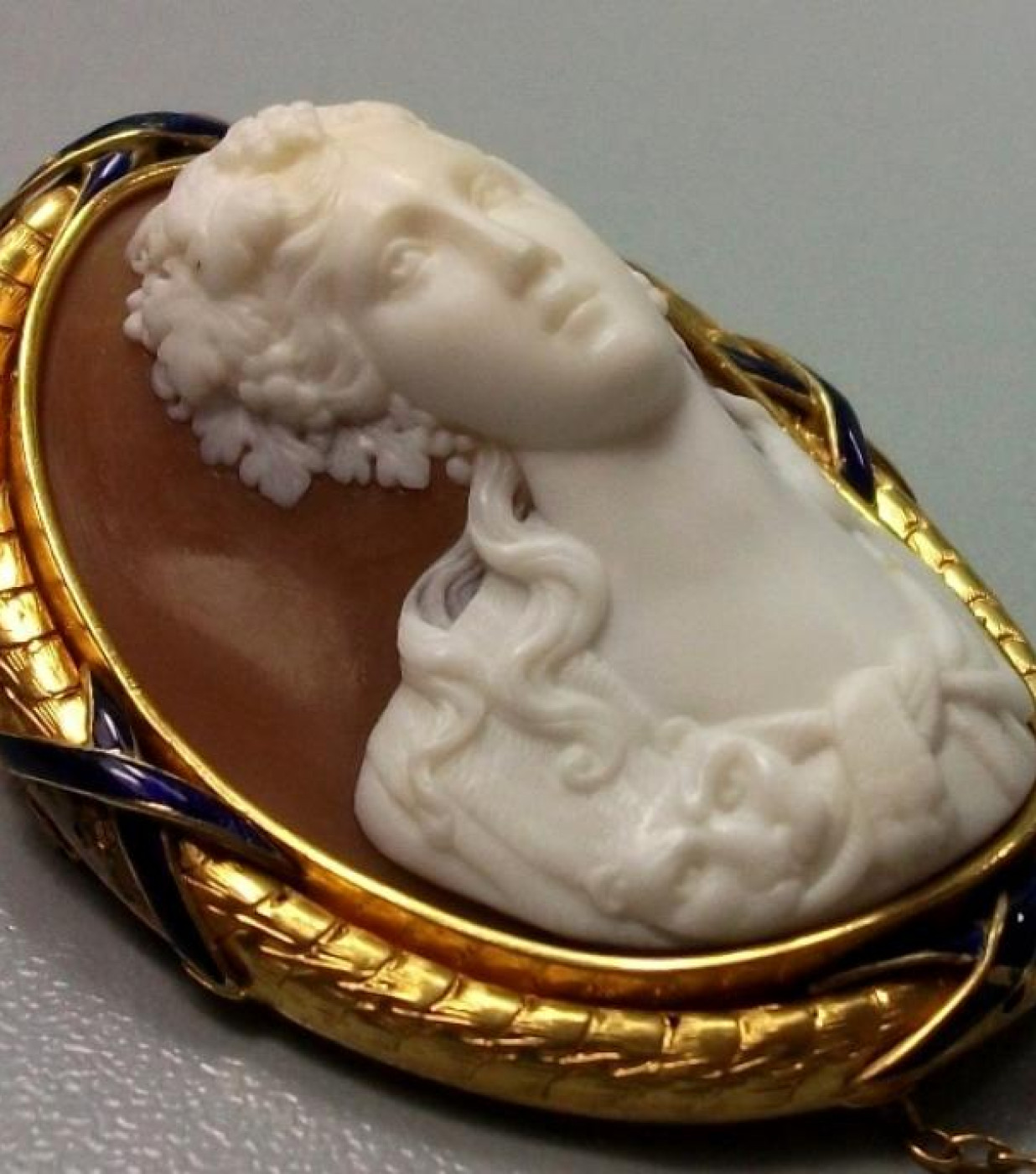 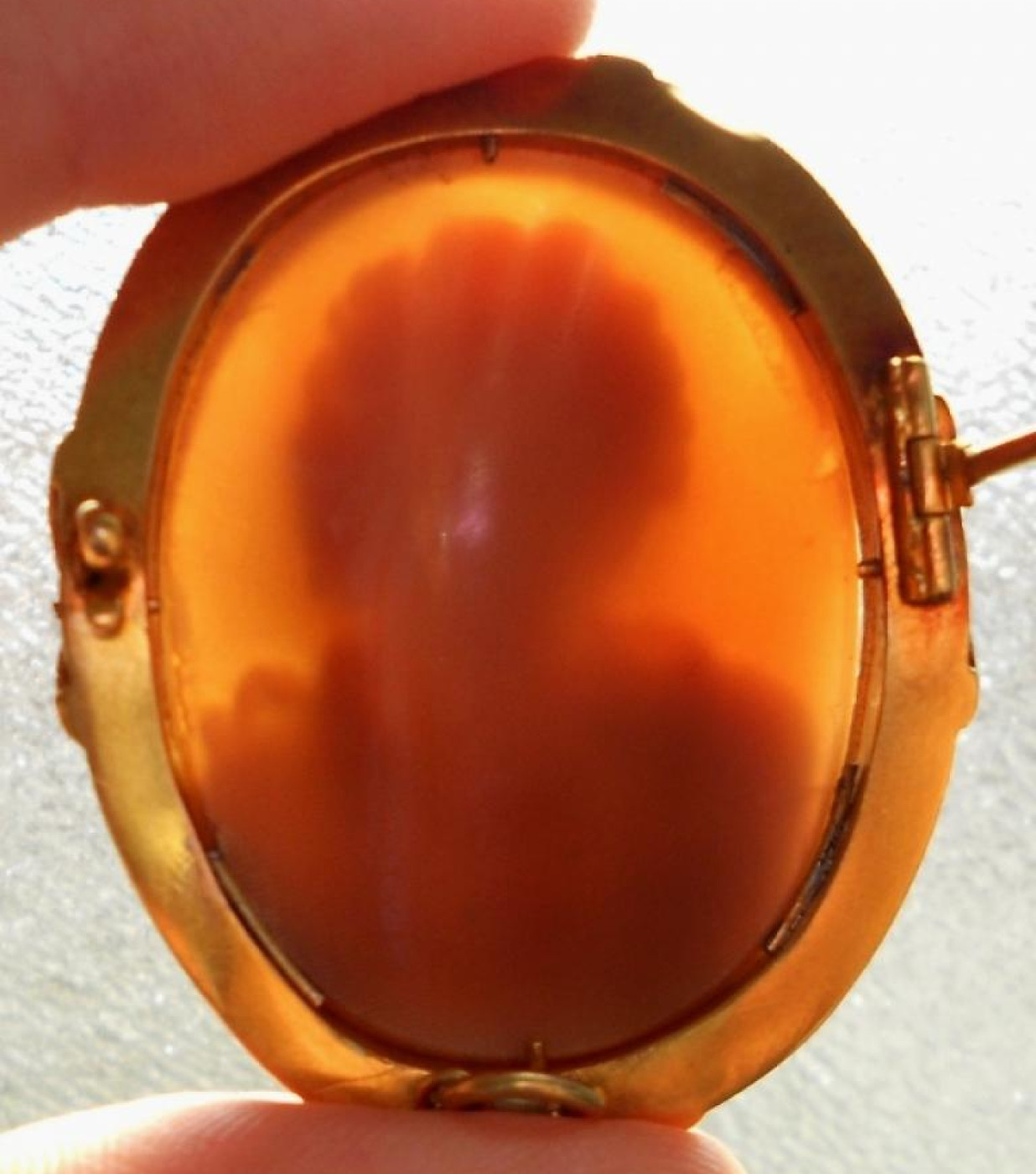 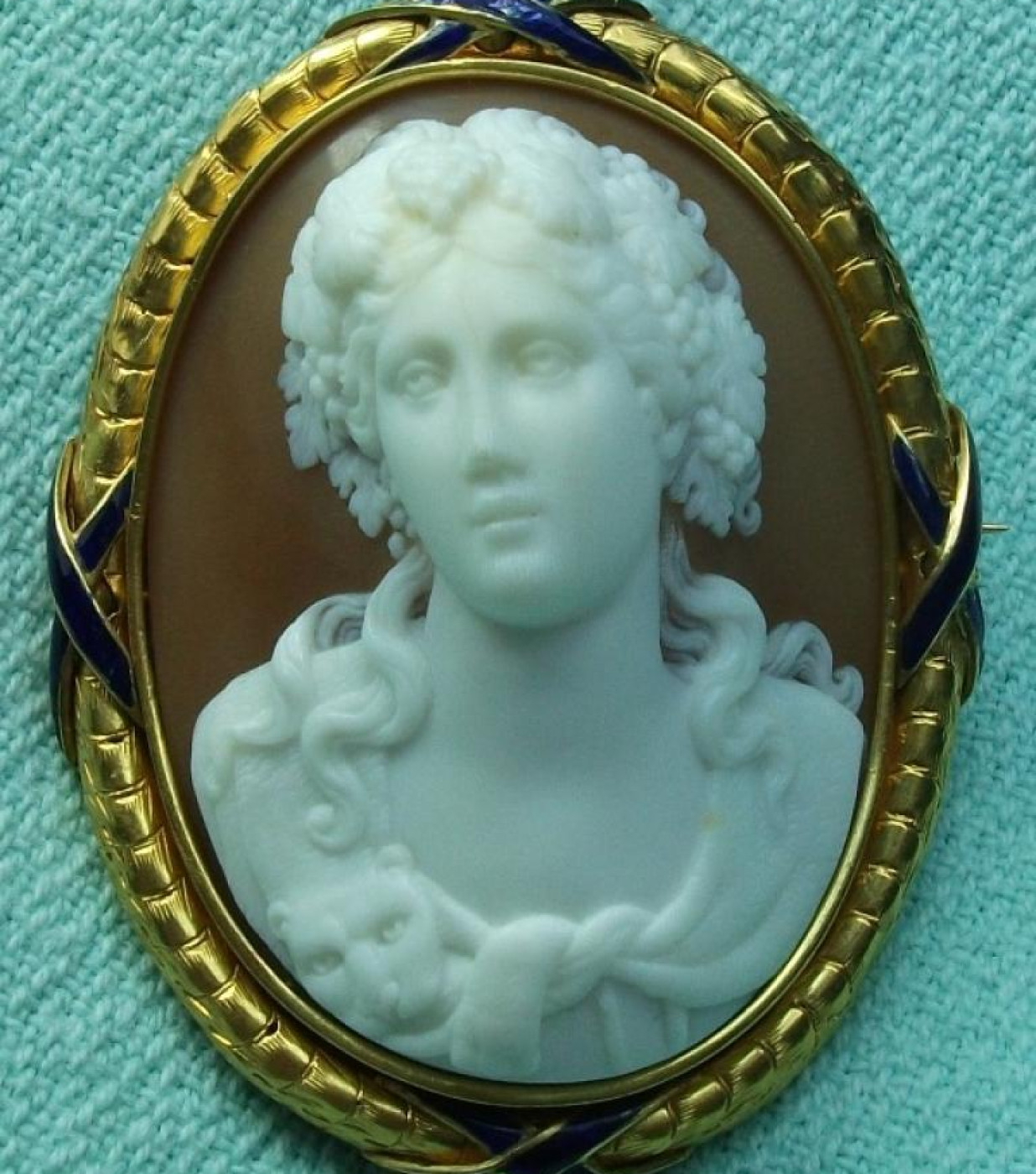 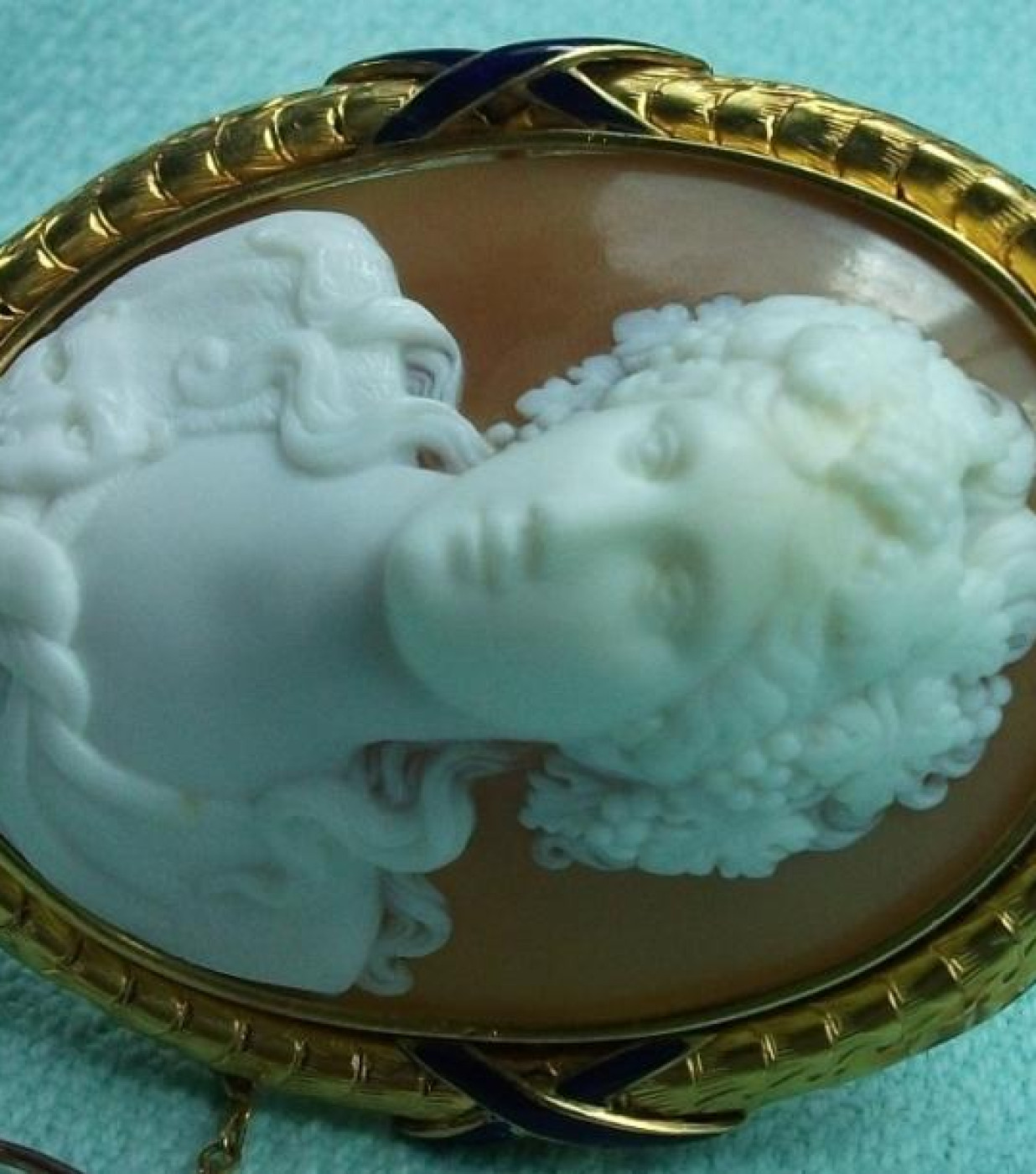 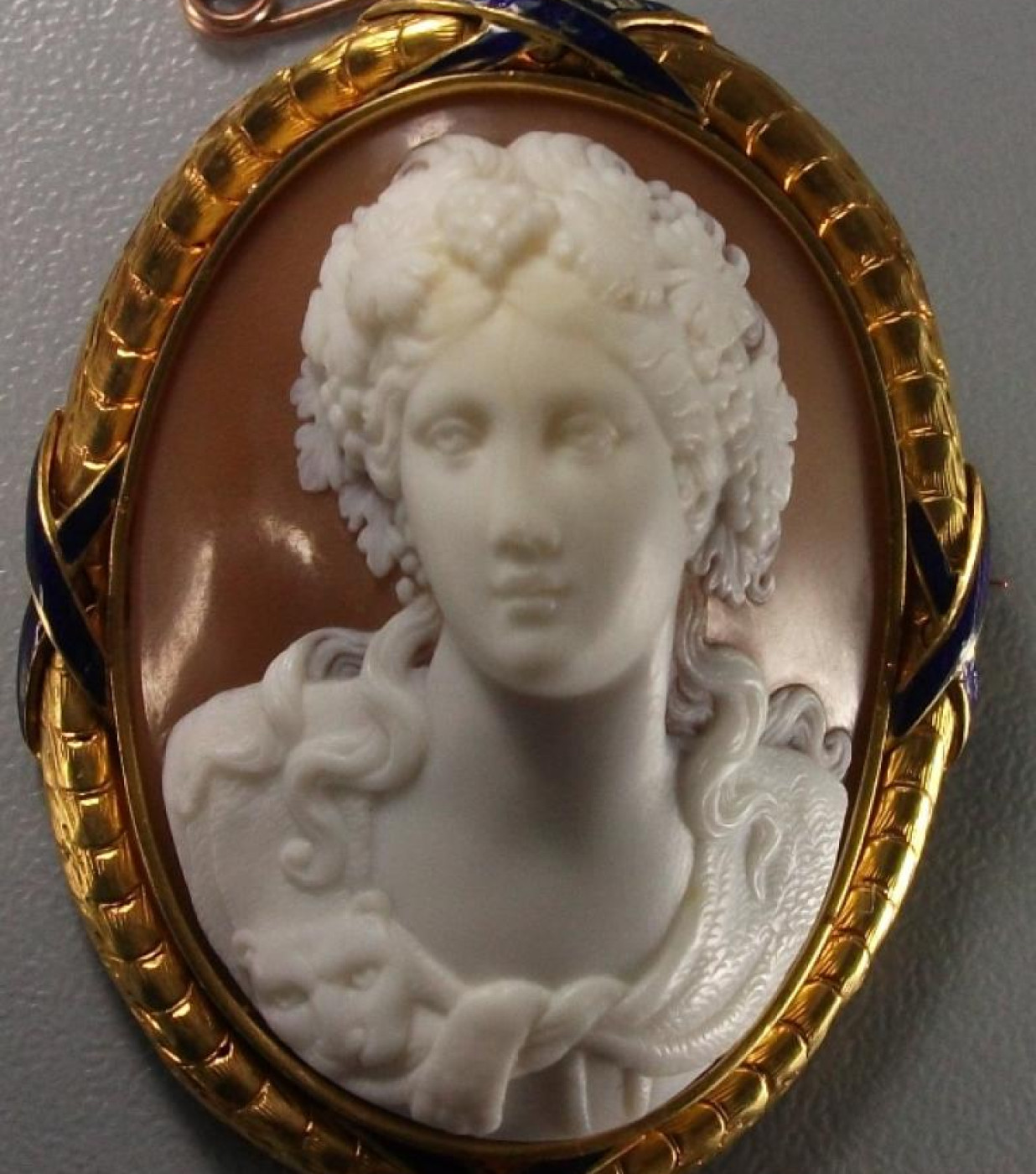 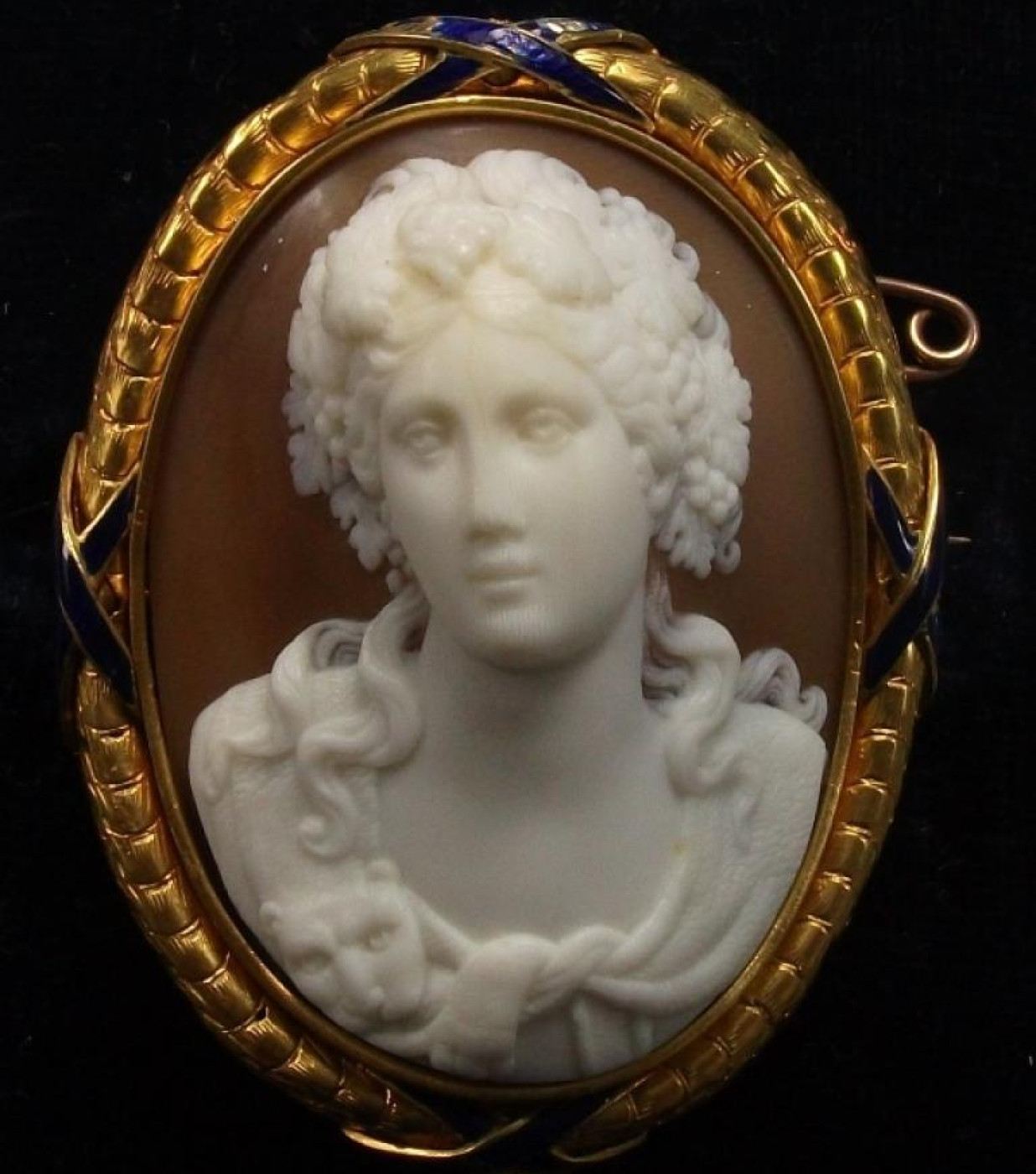 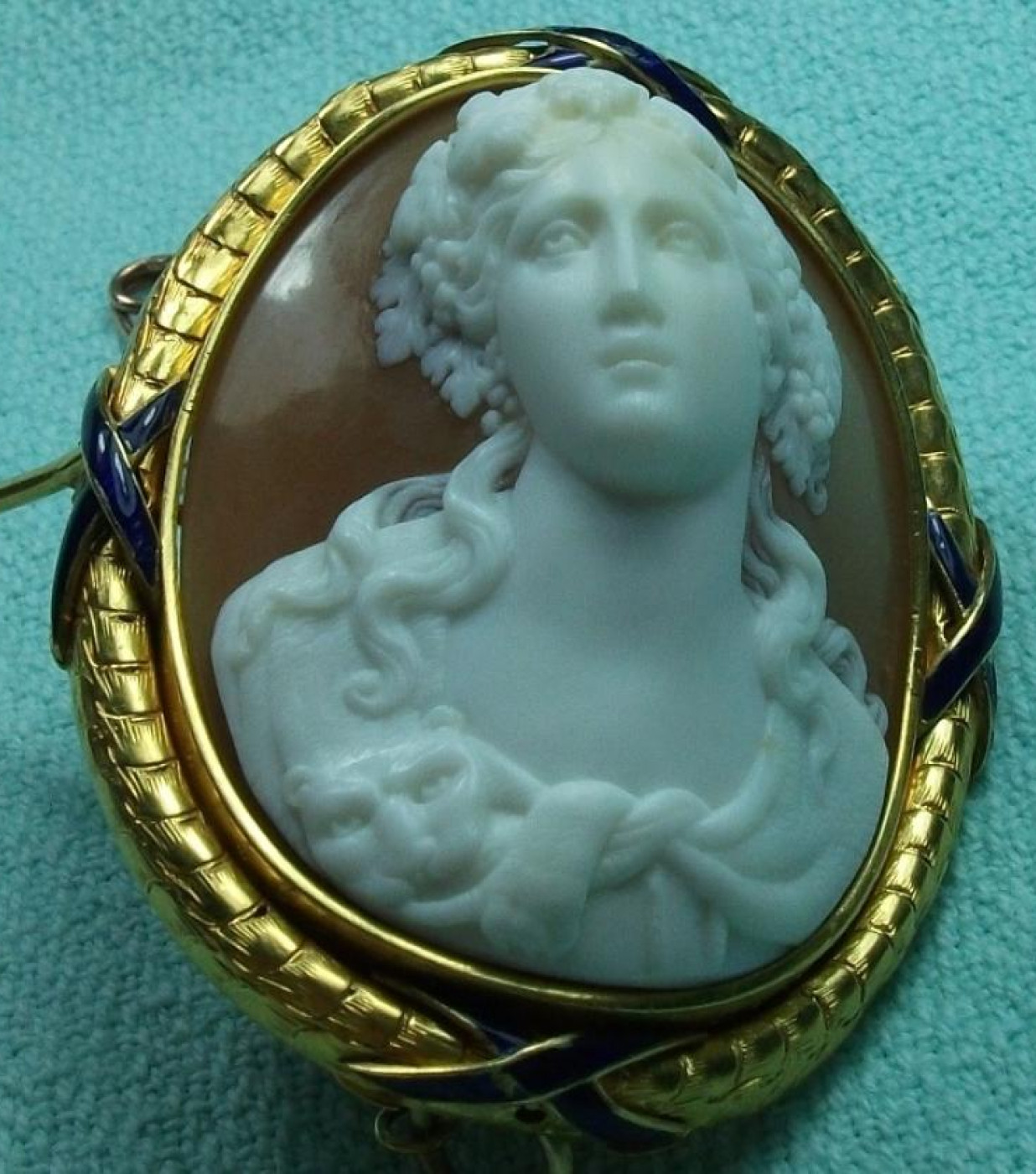 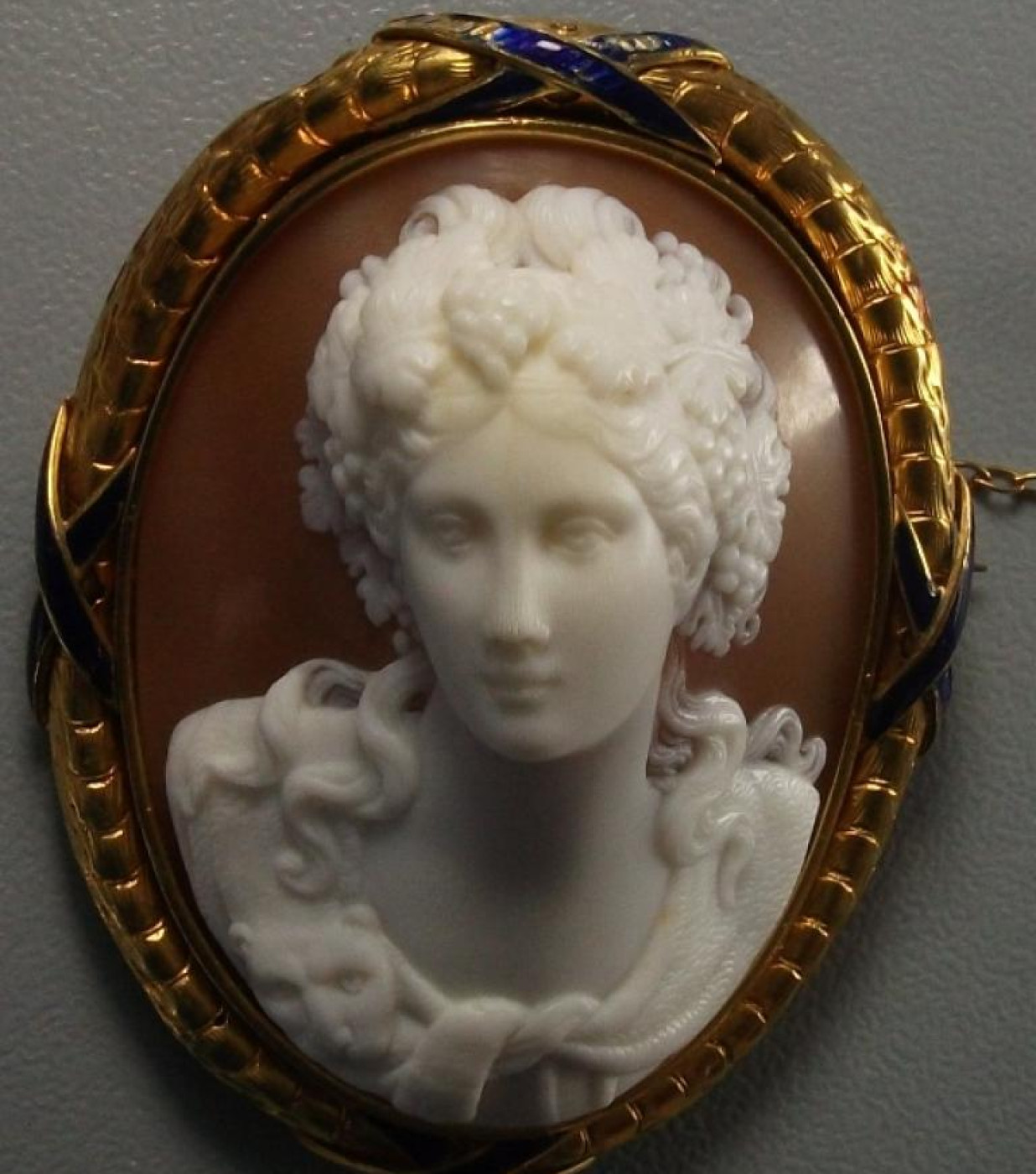 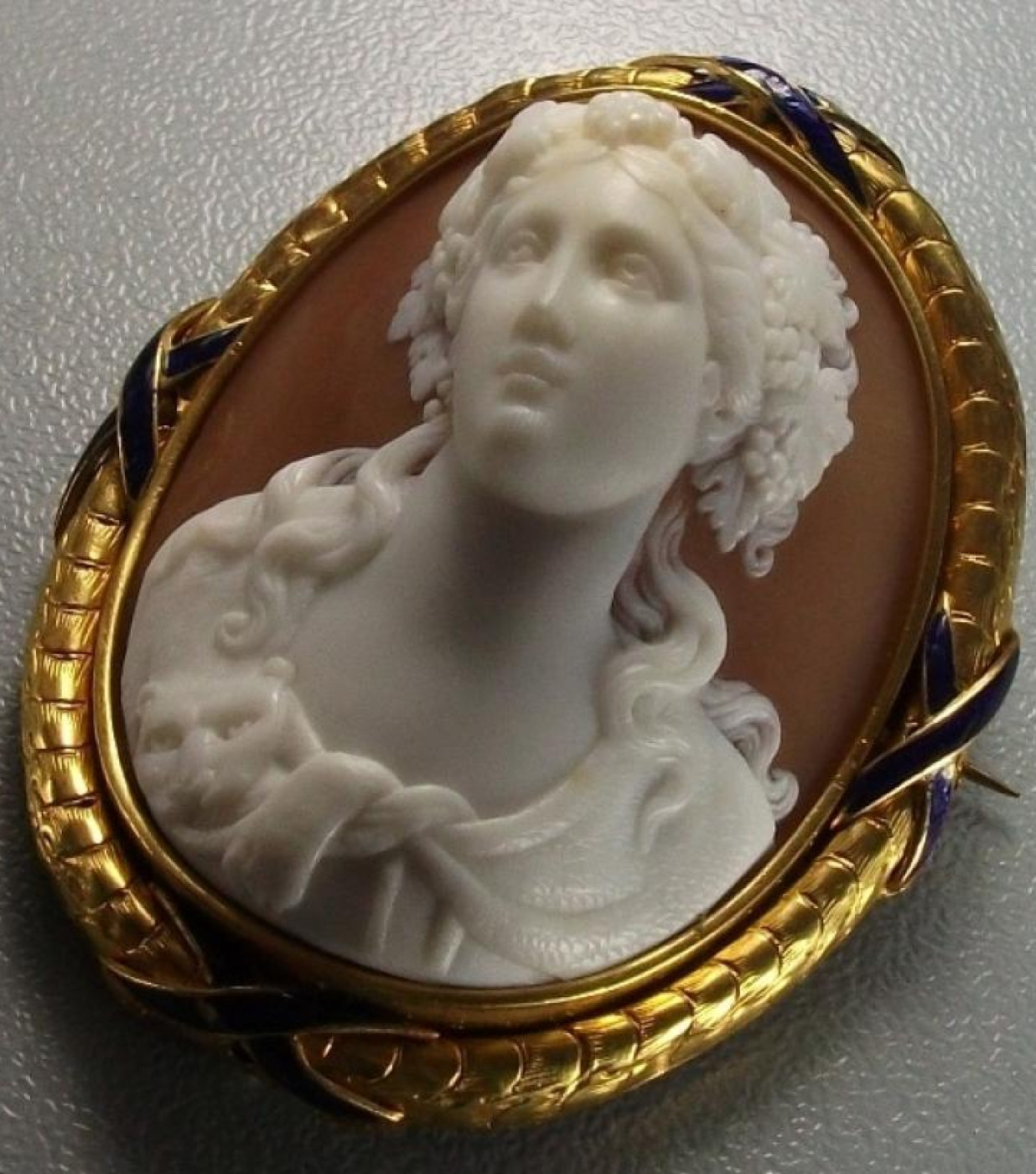 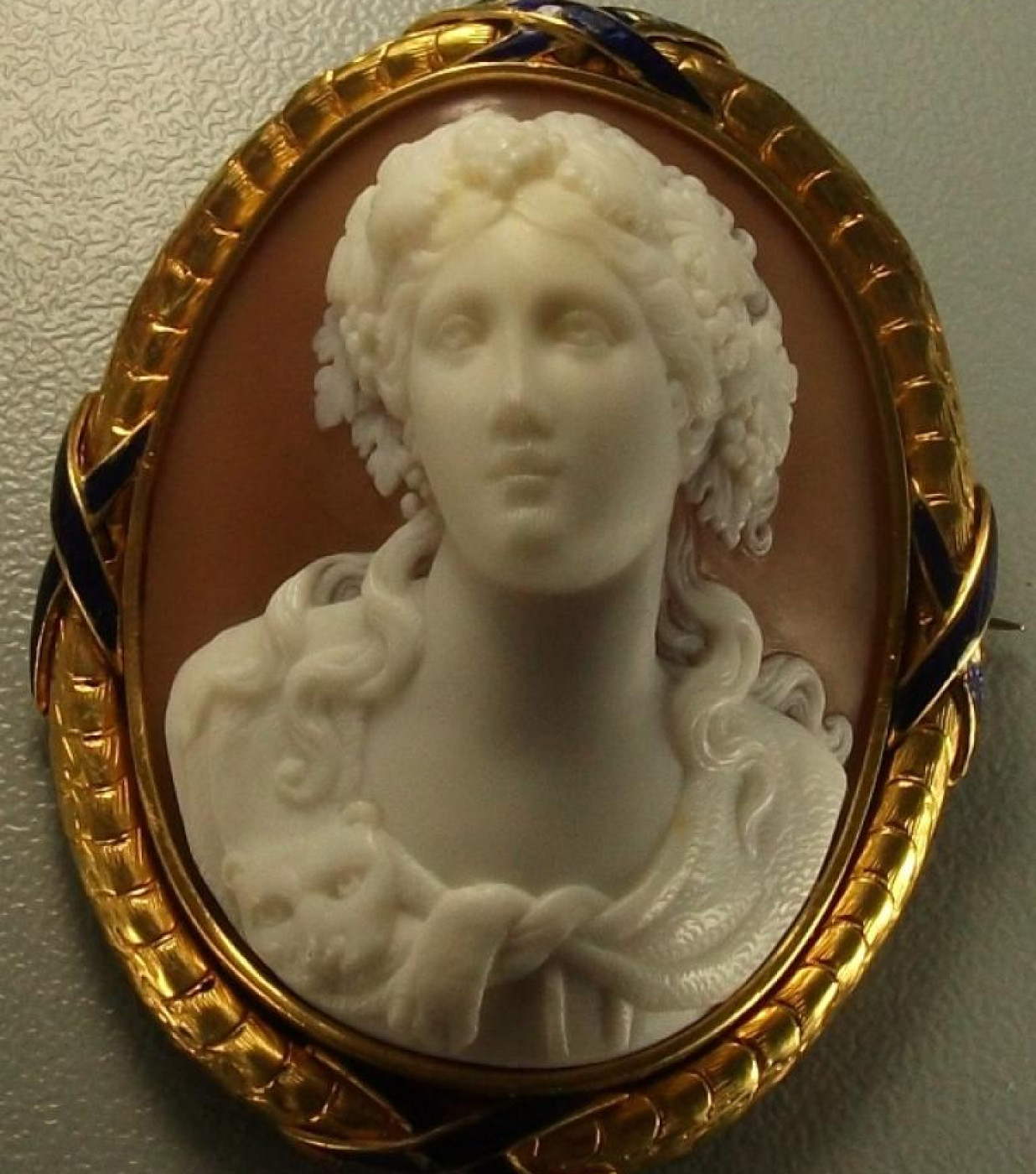 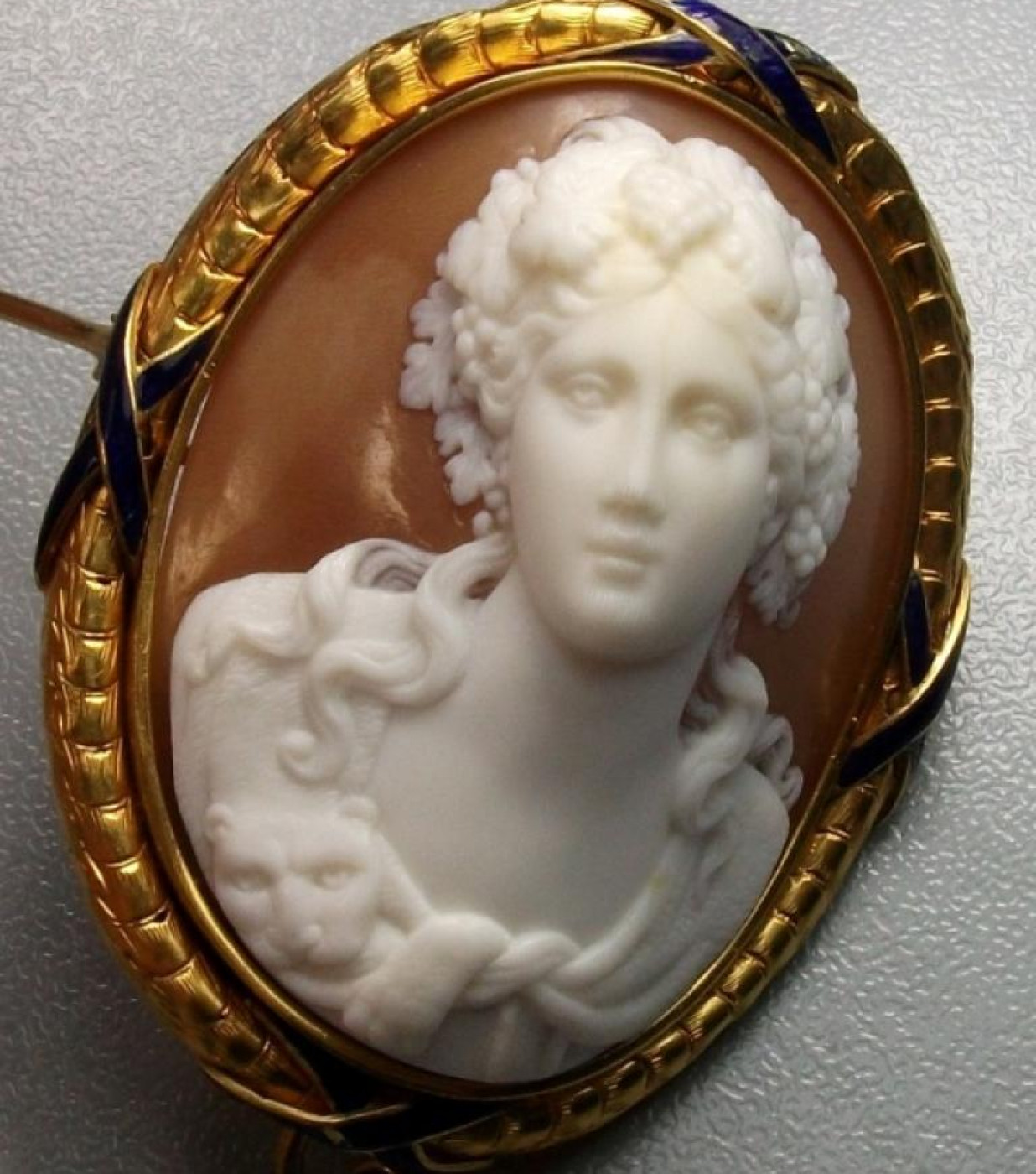 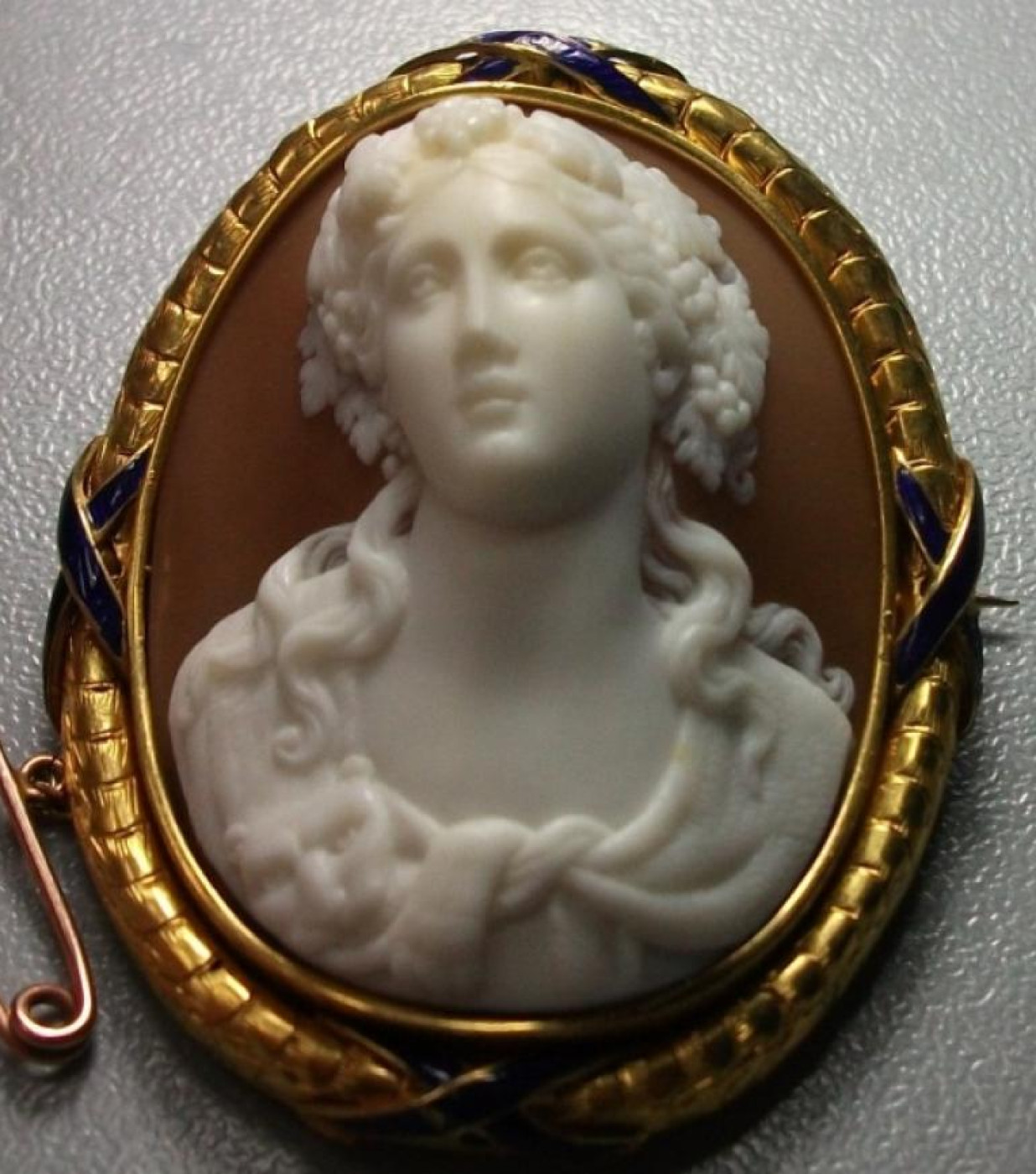 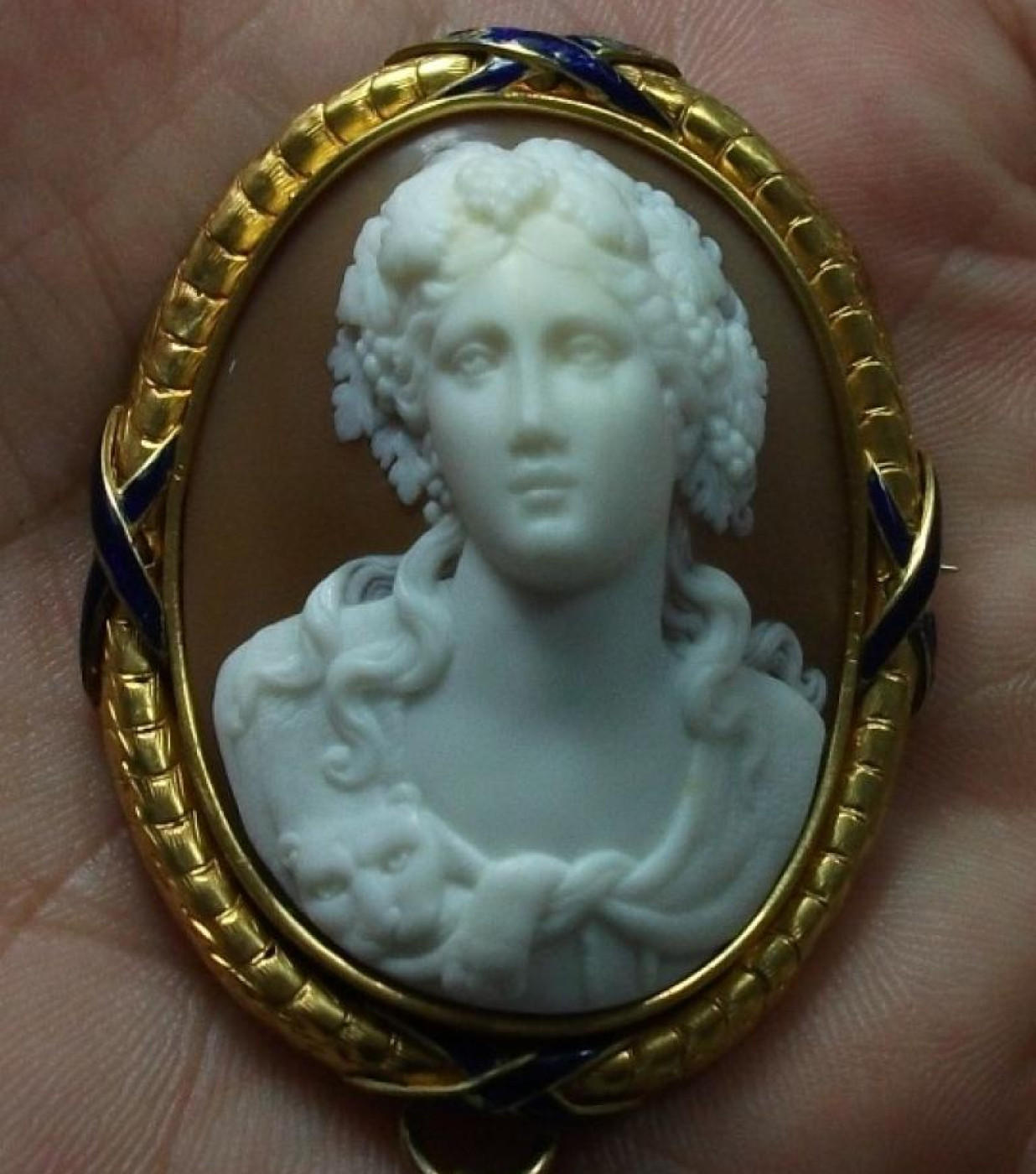 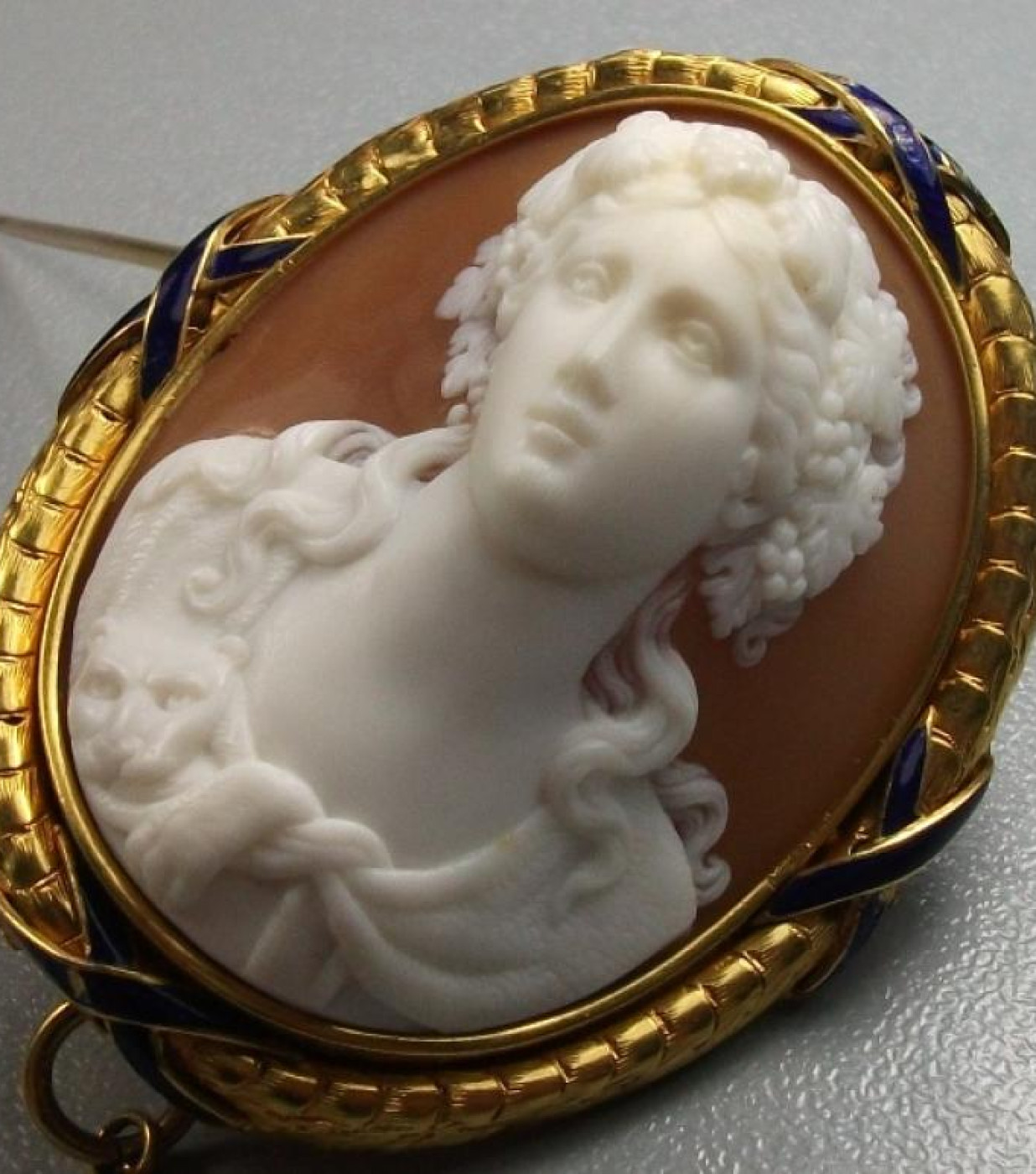 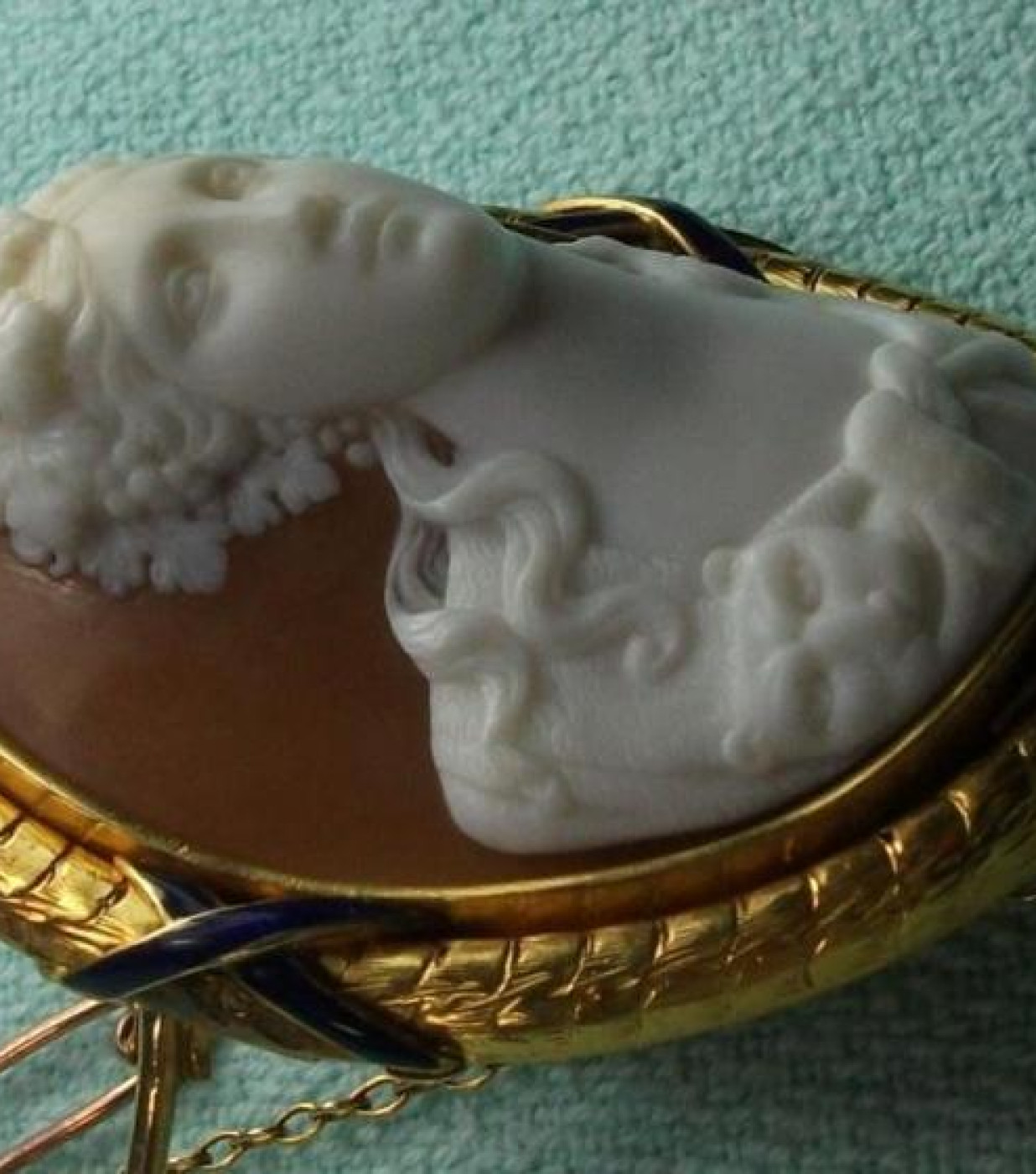 A fantastic Museum Quality cameo depicting a Bacchante in front face. She is beautiful, her expression is so sweet and her facial features very pretty. Her perfect nose and her full and round lips are superbly made. She has a perfect oval face and her expressive eyes give life to the cameo. Her long and curly hair are crowned with the famous Bacchantes symbols, bunches of grapes and and grape leaves. Everything perfectly rendered. On her shoulders she wears a panther pelt, like a scarf, the panther head and its pawn are also masterly carved. What amazes me in this piece is her beauty and her expression, she really seems she wants to speak to me. Look at her mouth, a bit opened and just seems she's going to say something.  I rarely have seen a so pretty Bacchante carved in front face. This is an absolute beauty, a perfect cameo carved with so much skill by a true artist. A stunning and heavy gold frame complete this piece which is another real artwork.Everything in this cameo is superbly and masterly carved, surely the work of a great artist. No other words are necessary to speak about her beauty. A fantastic cameo to not to be missed.
A bit of history:

In Greek mythology, maenads (Bacchantes) were the female followers of Dionysus, the most significant members of the Thiasus, the retinue of Dionysus. The maenads were also known as Bacchae or Bacchantes in Roman mythology, after the penchant of the equivalent Roman god, Bacchus, to wear a fox-skin. Their name literally translates as "raving ones". Often the maenads were portrayed as inspired by him into a state of ecstatic frenzy, through a combination of dancing and drunken intoxication. In this state, they would lose all self-control, begin shouting excitedly, engage in uncontrolled sexual behavior, and ritualistically hunt down and tear animals (and sometimes men and children) to pieces, devouring the raw flesh. During these rites, the maenads would dress in fawn skins and carry a thyrsus, a long stick wrapped in ivy or vine leaves and tipped by a cluster of leaves; they would weave ivy-wreaths and fruiting vines around their heads, and often handle or wear snakes.