Rare Cameo of Madonna and Child after Raphael 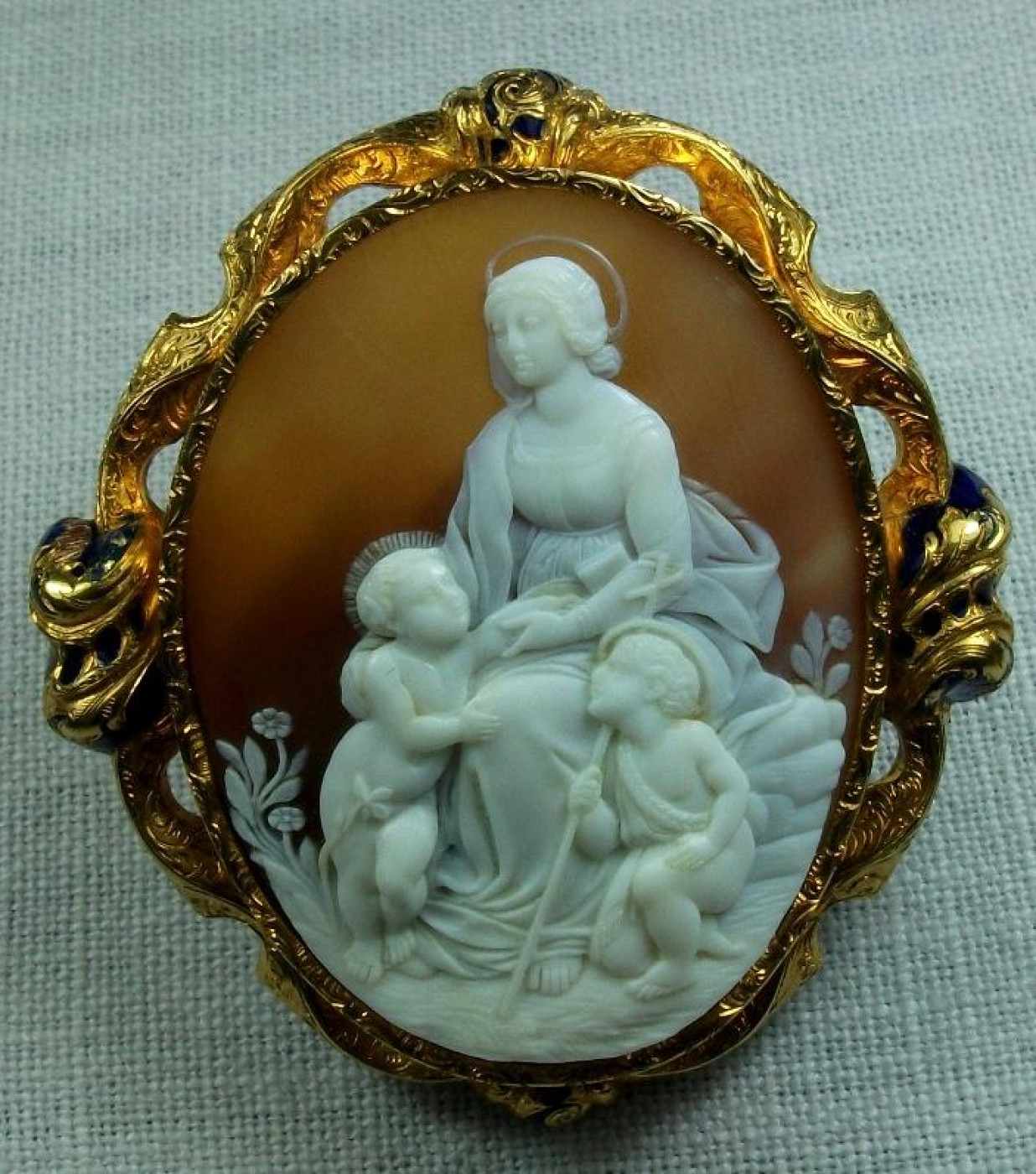 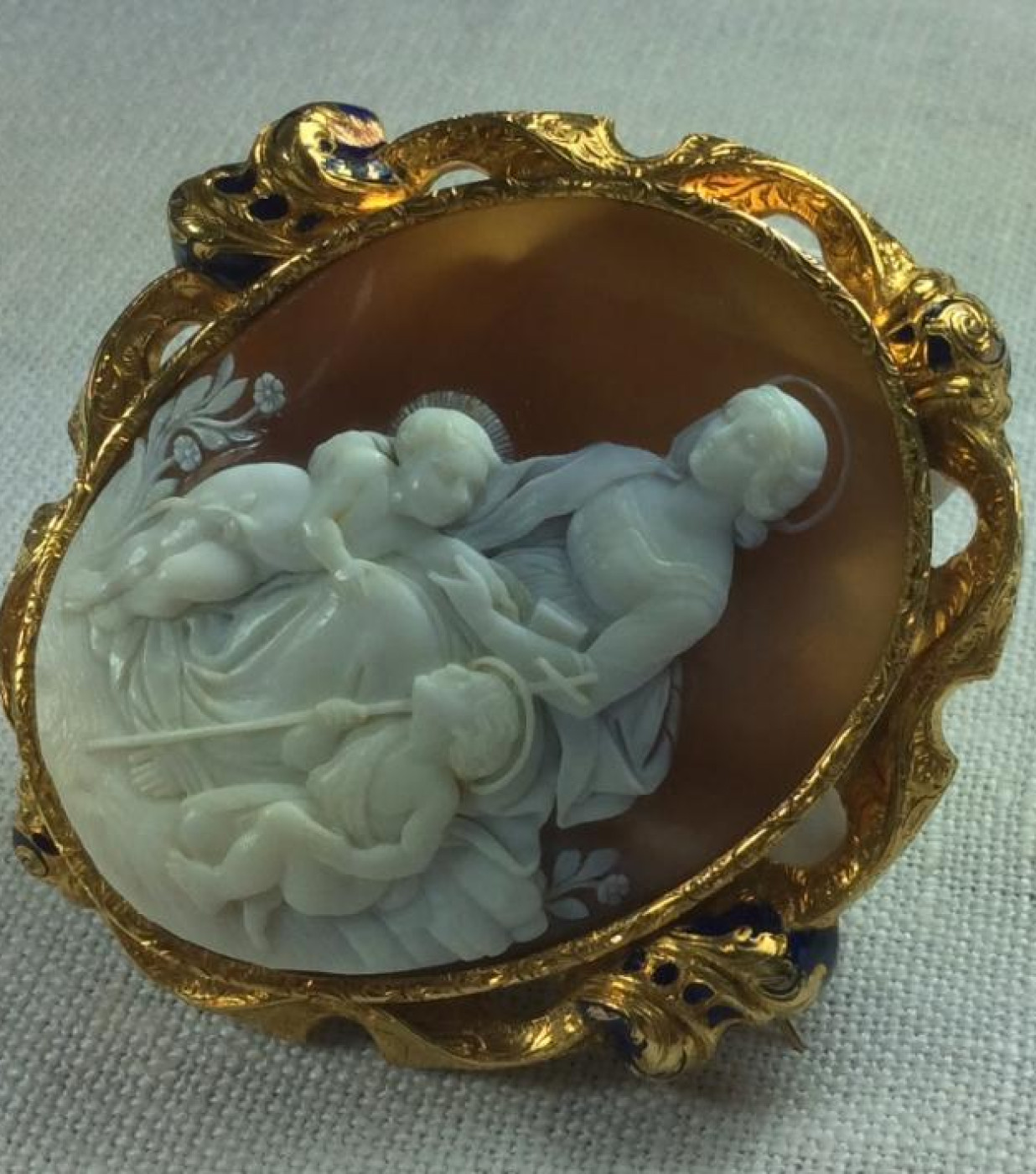 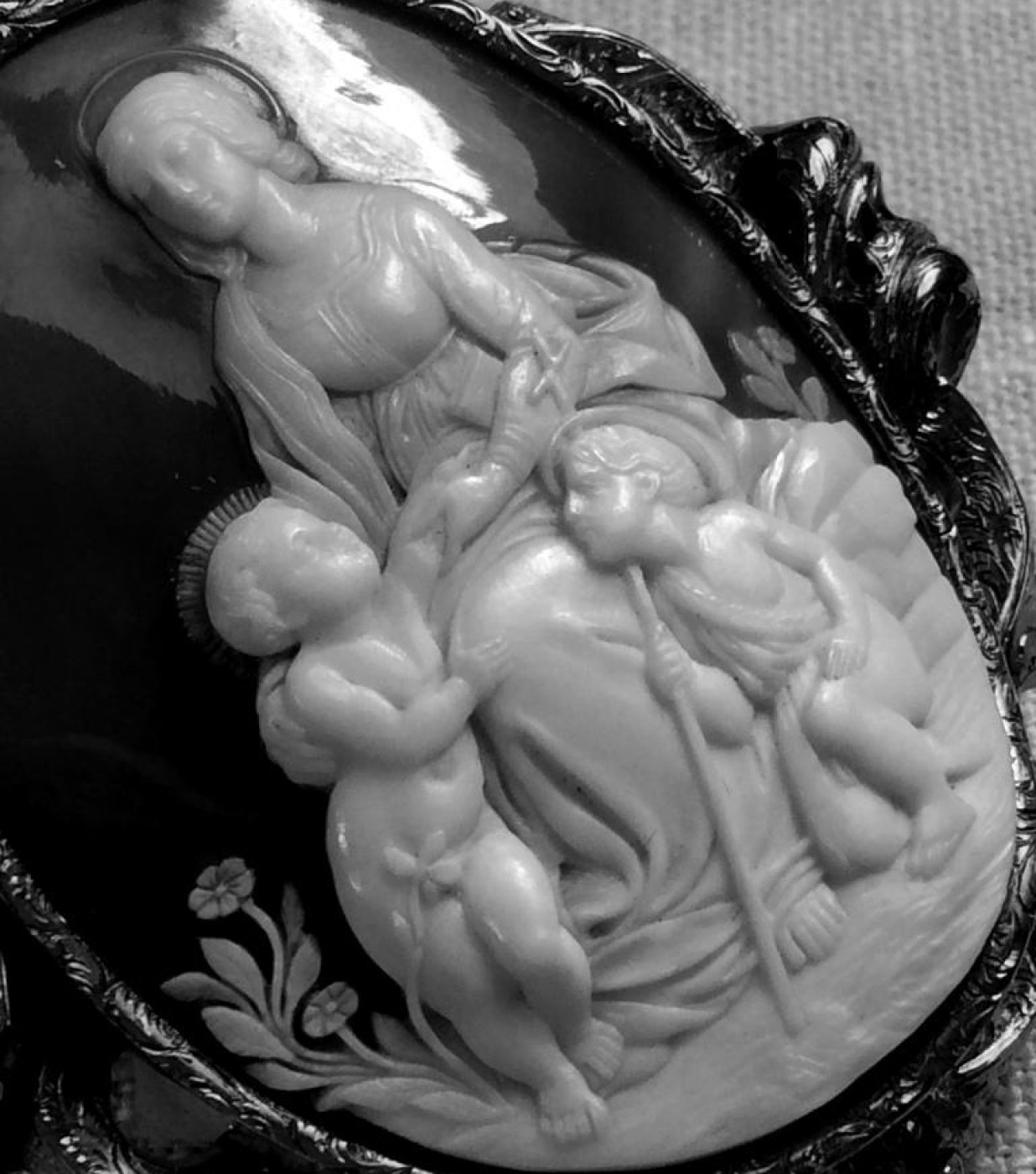 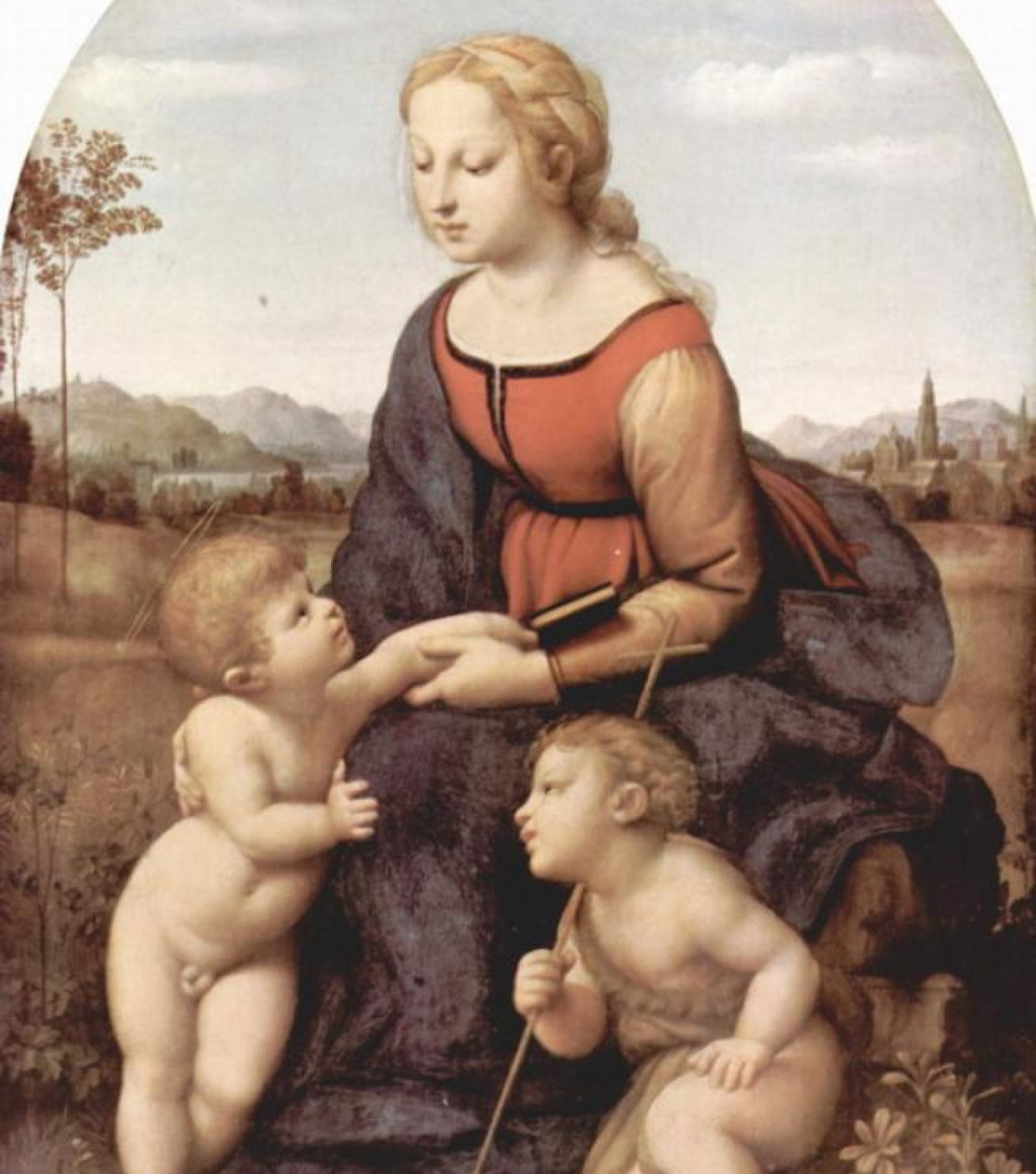 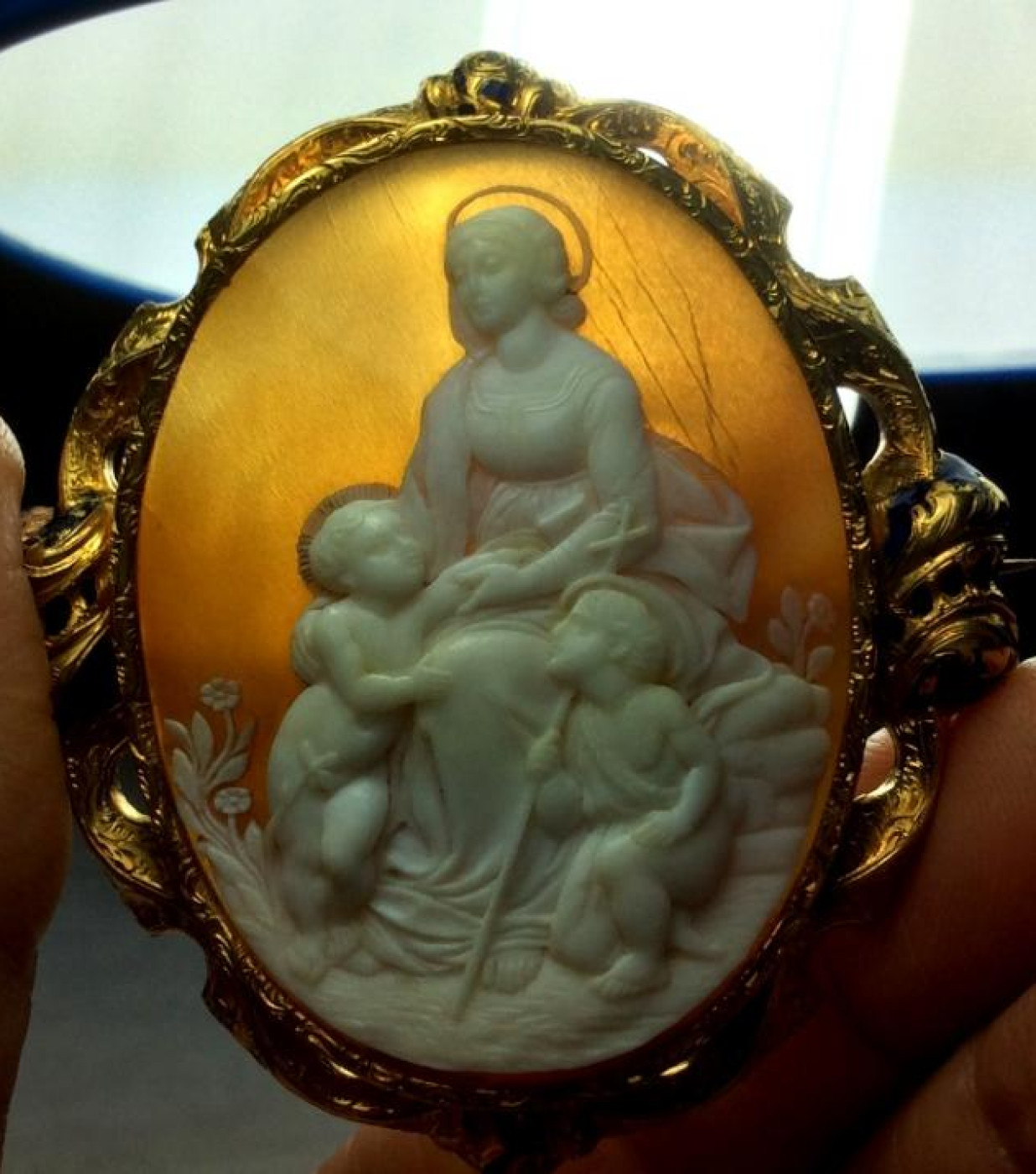 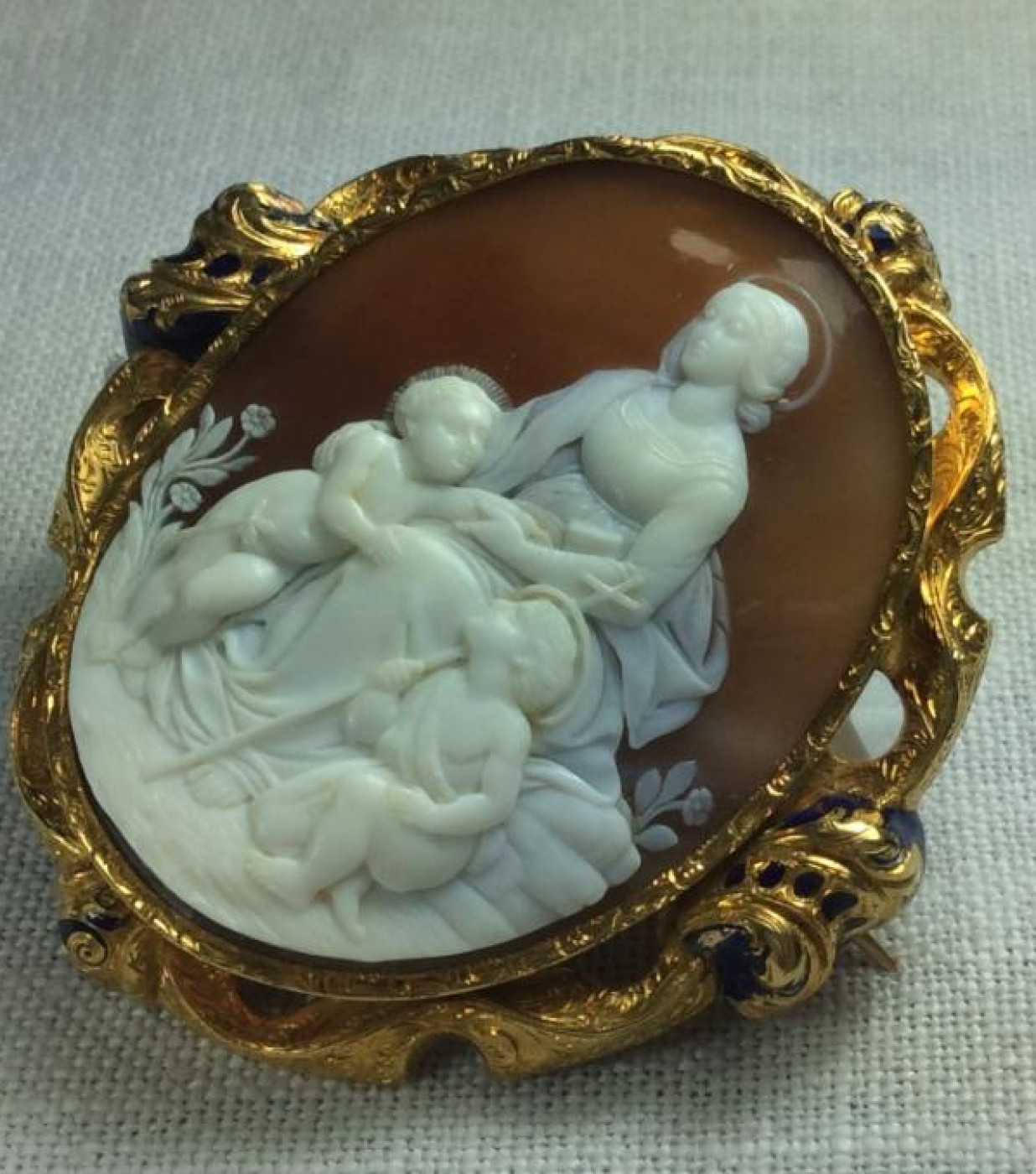 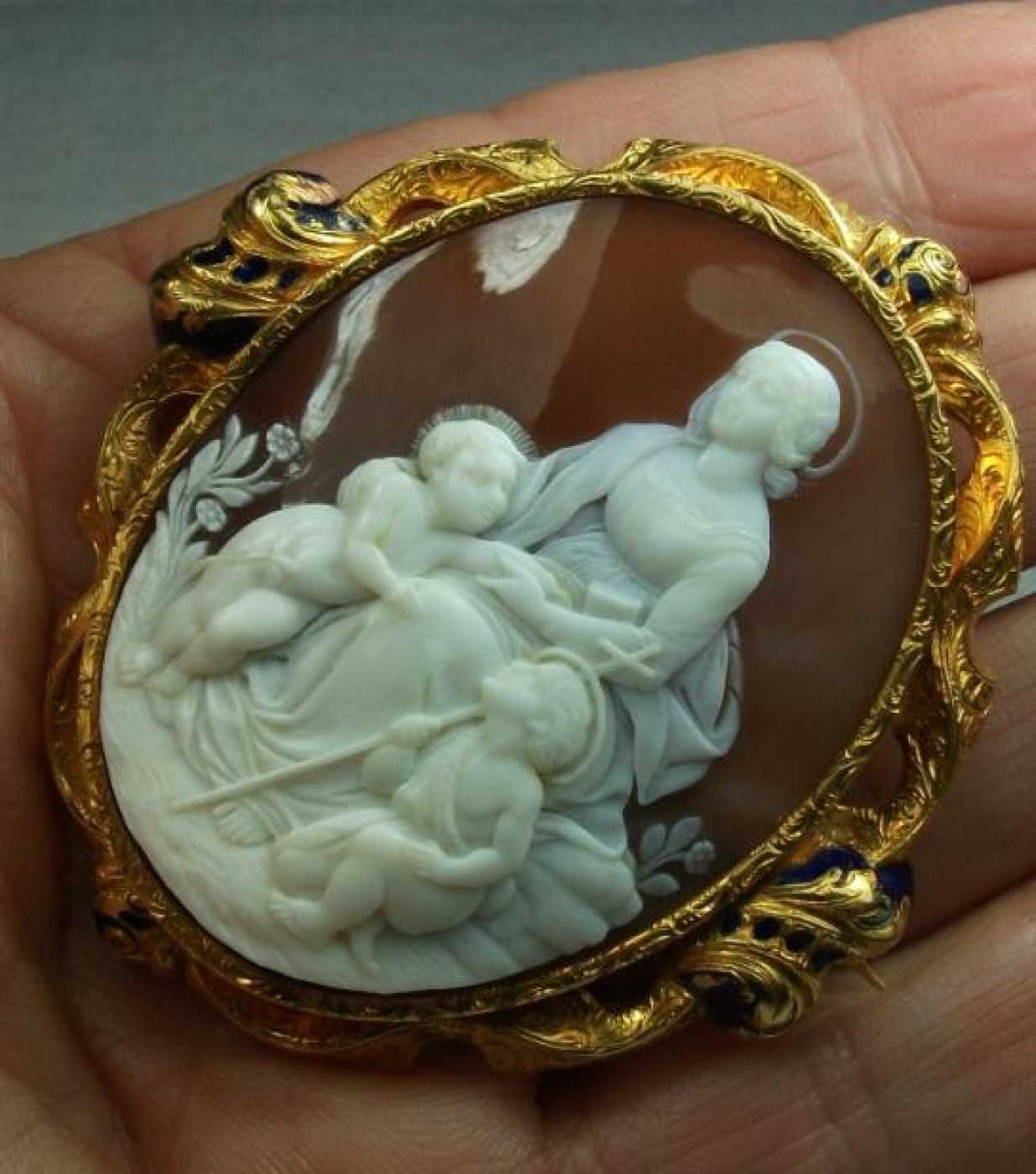 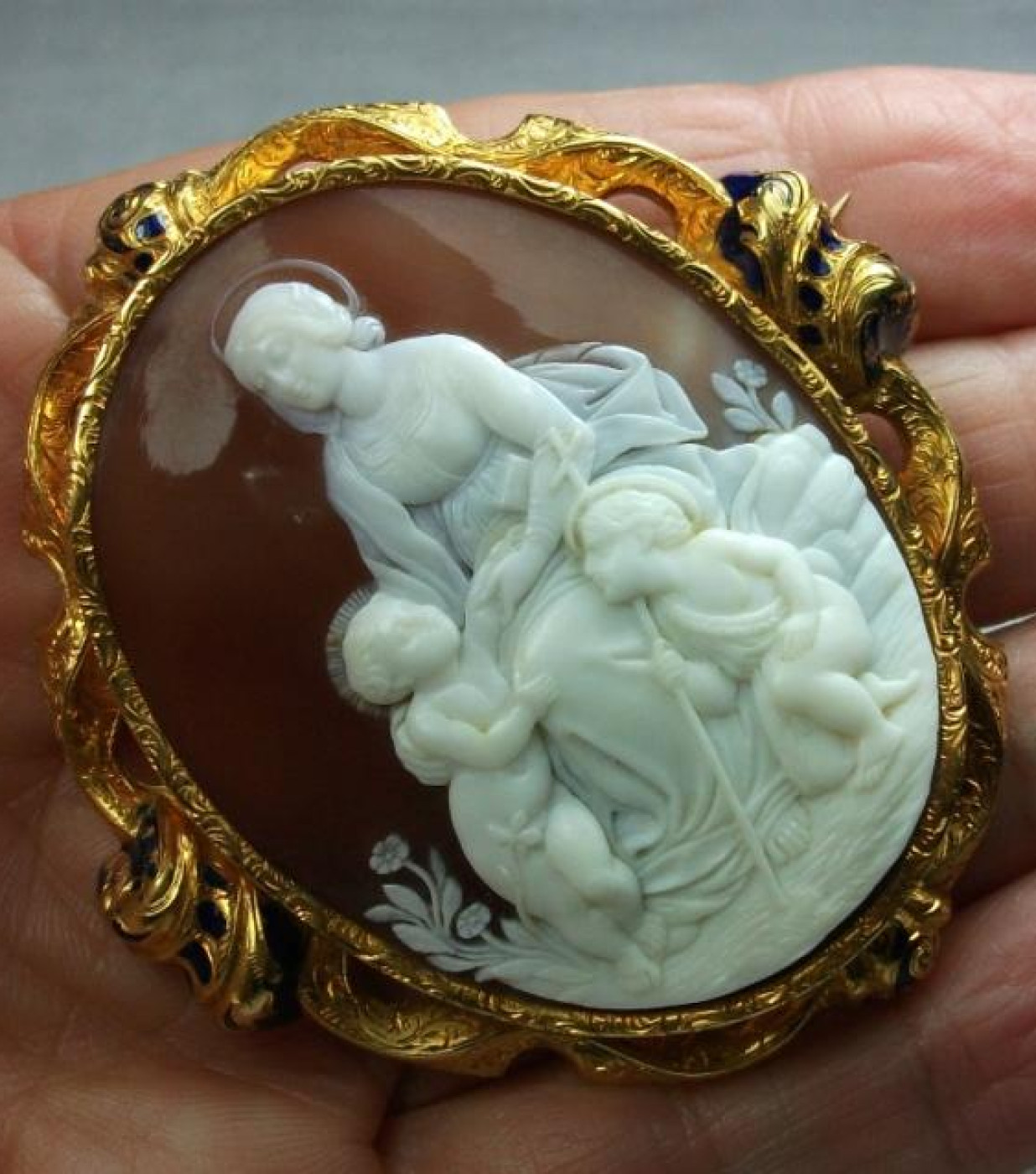 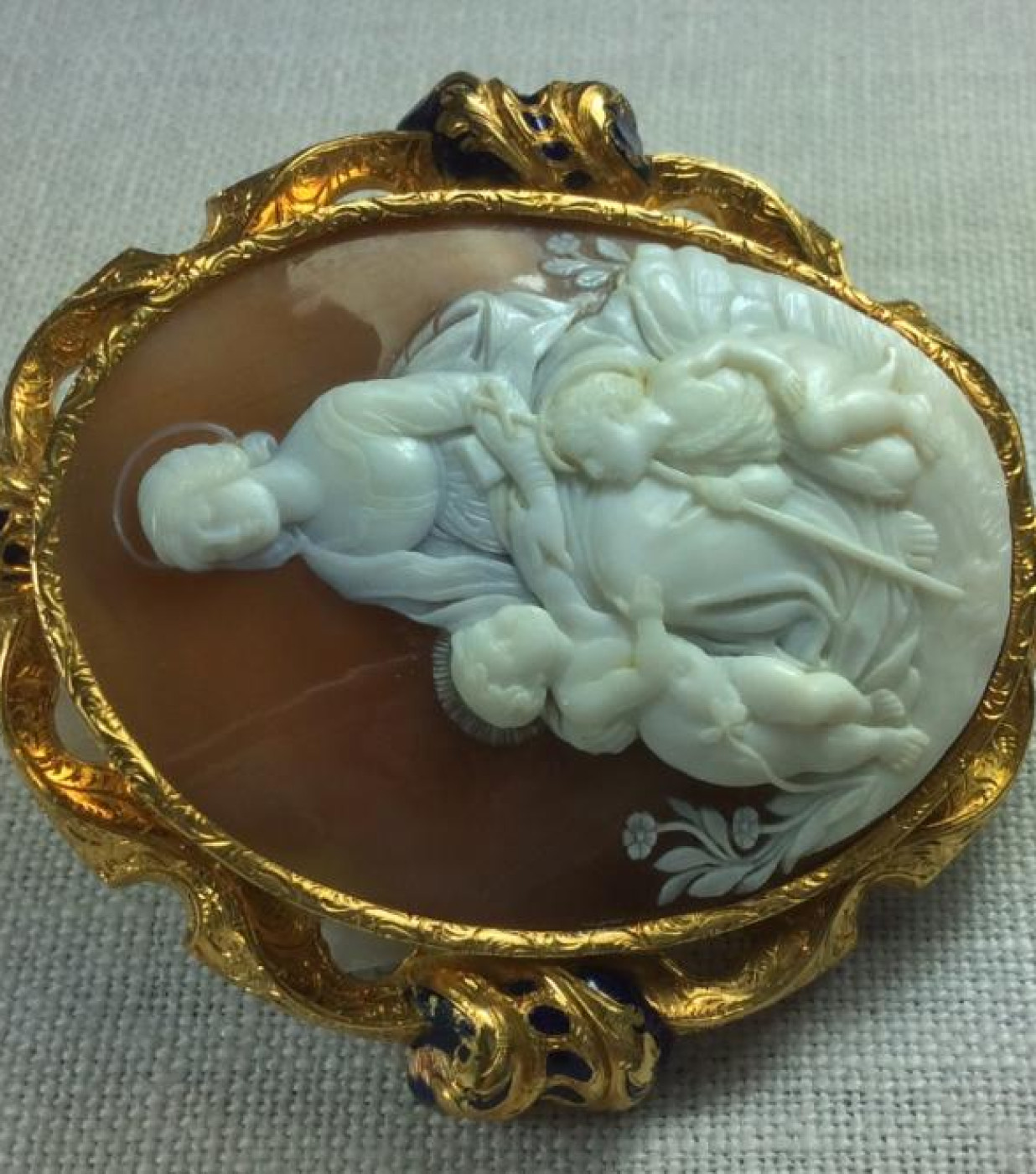 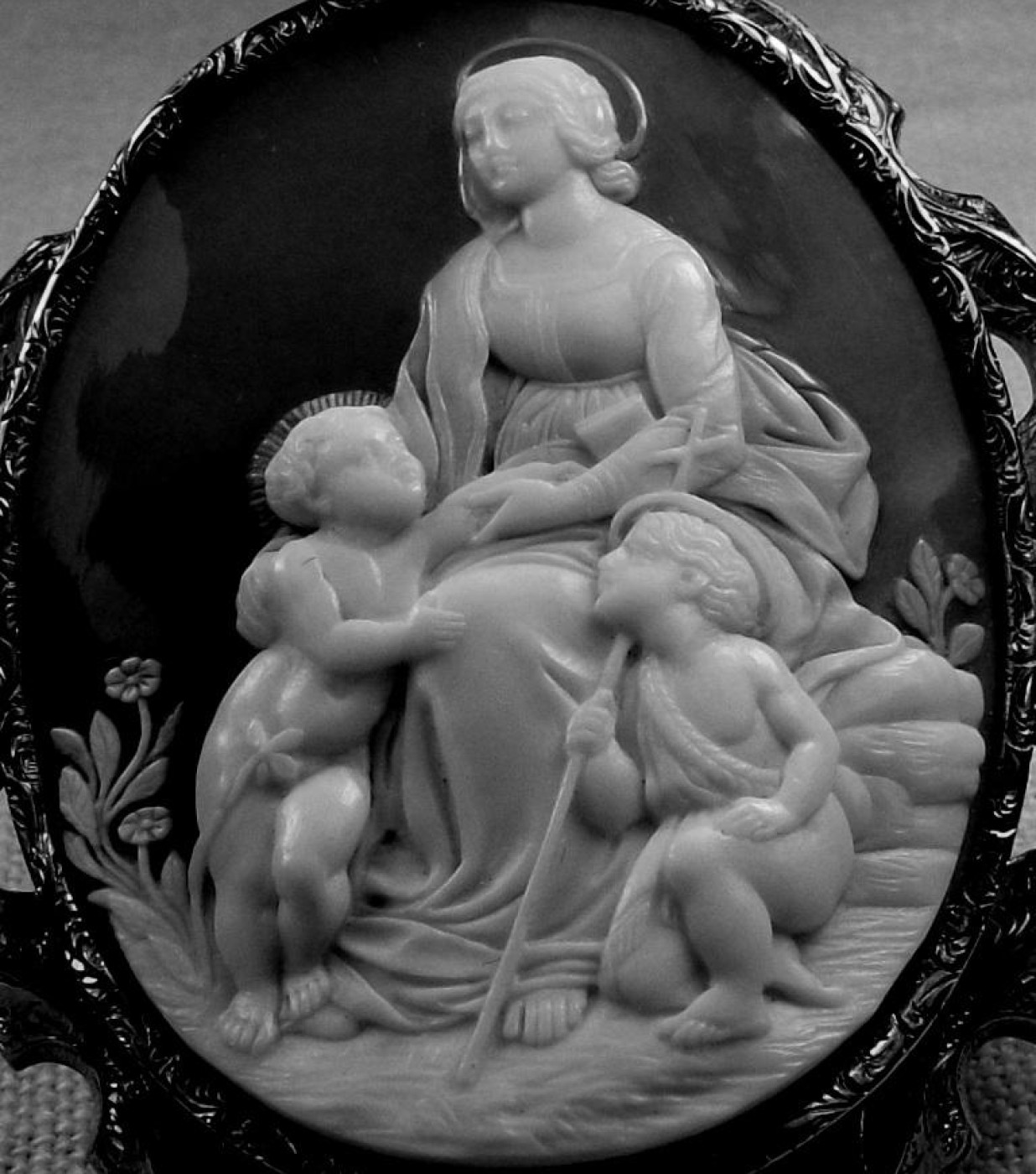 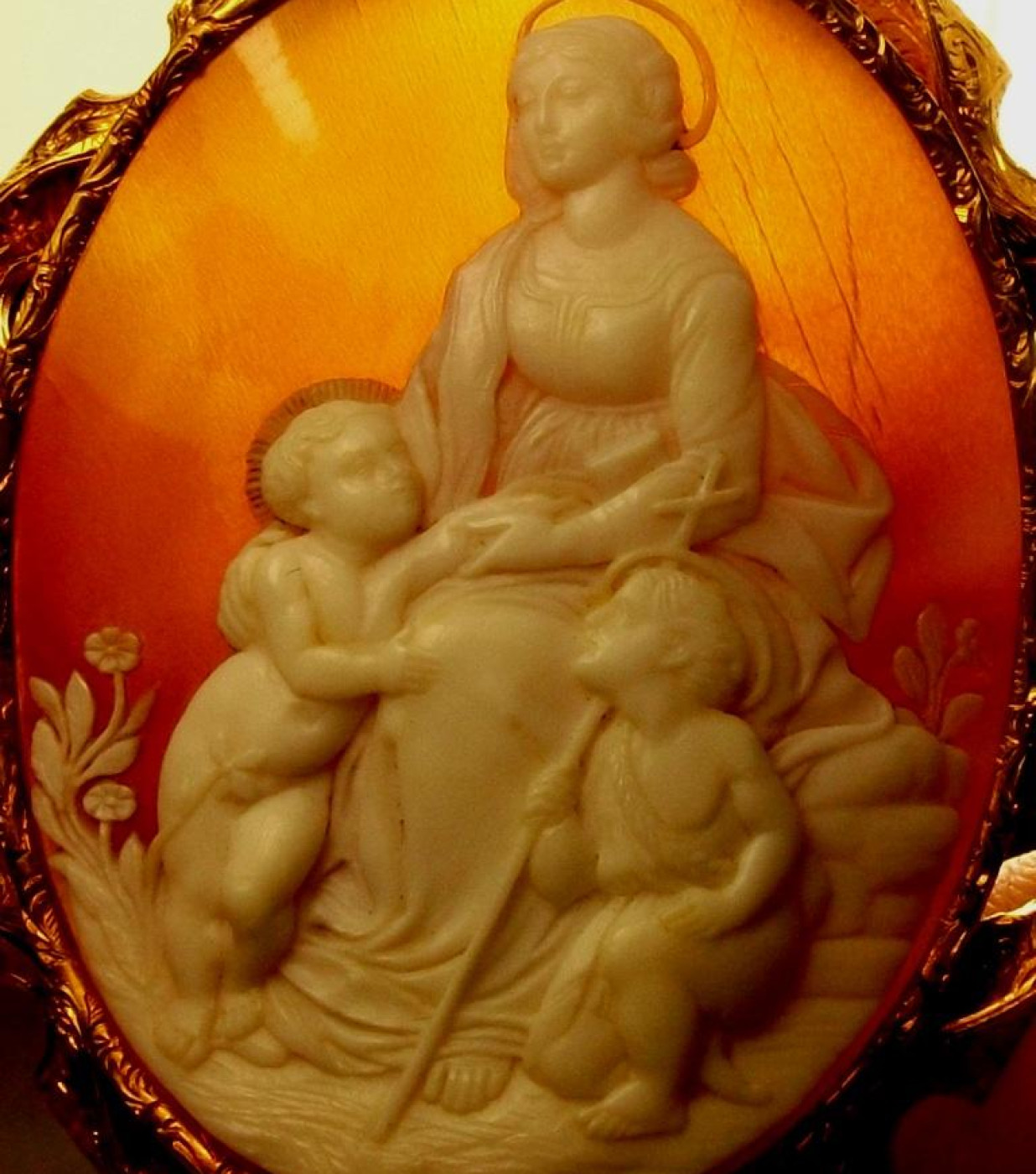 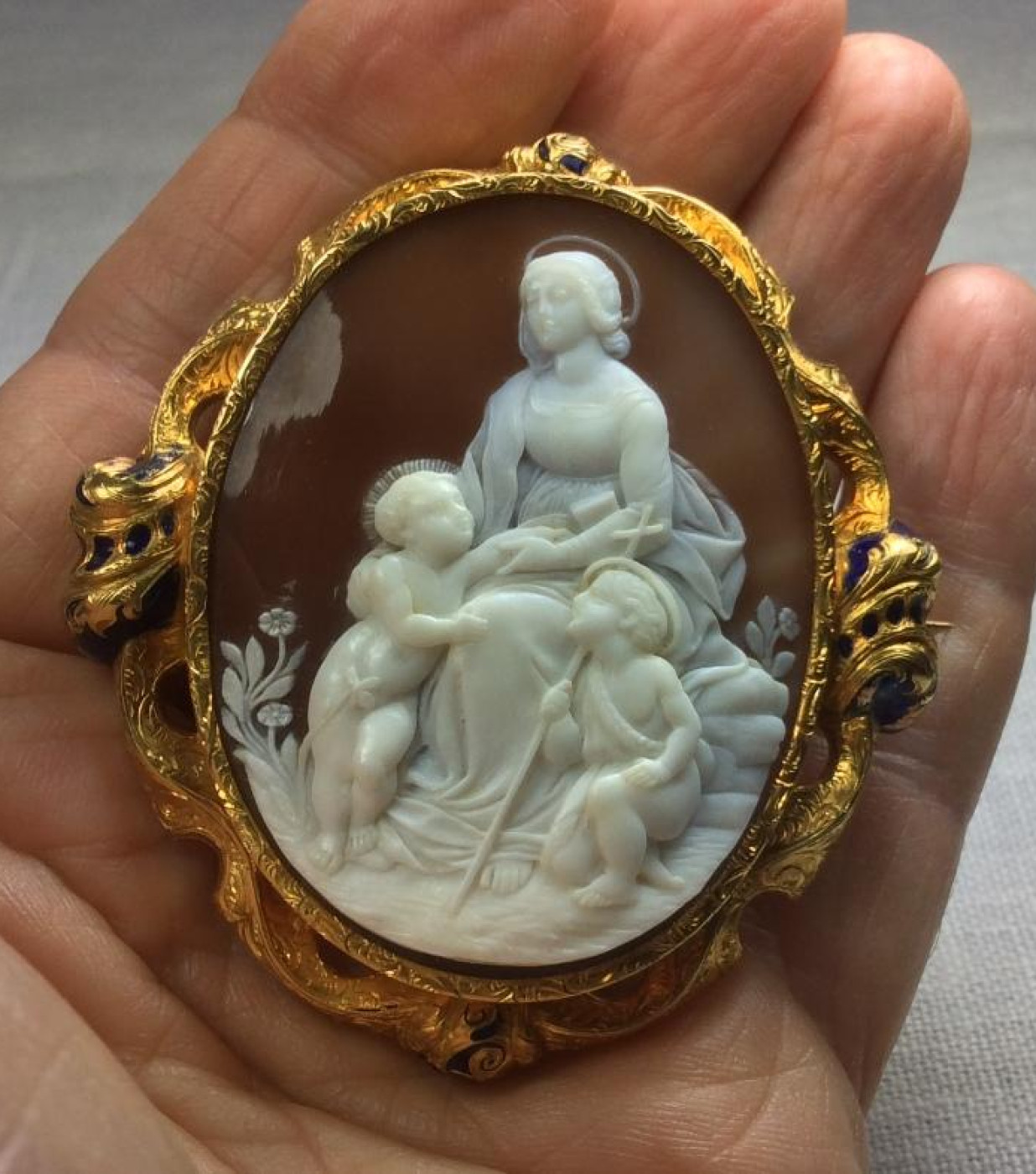 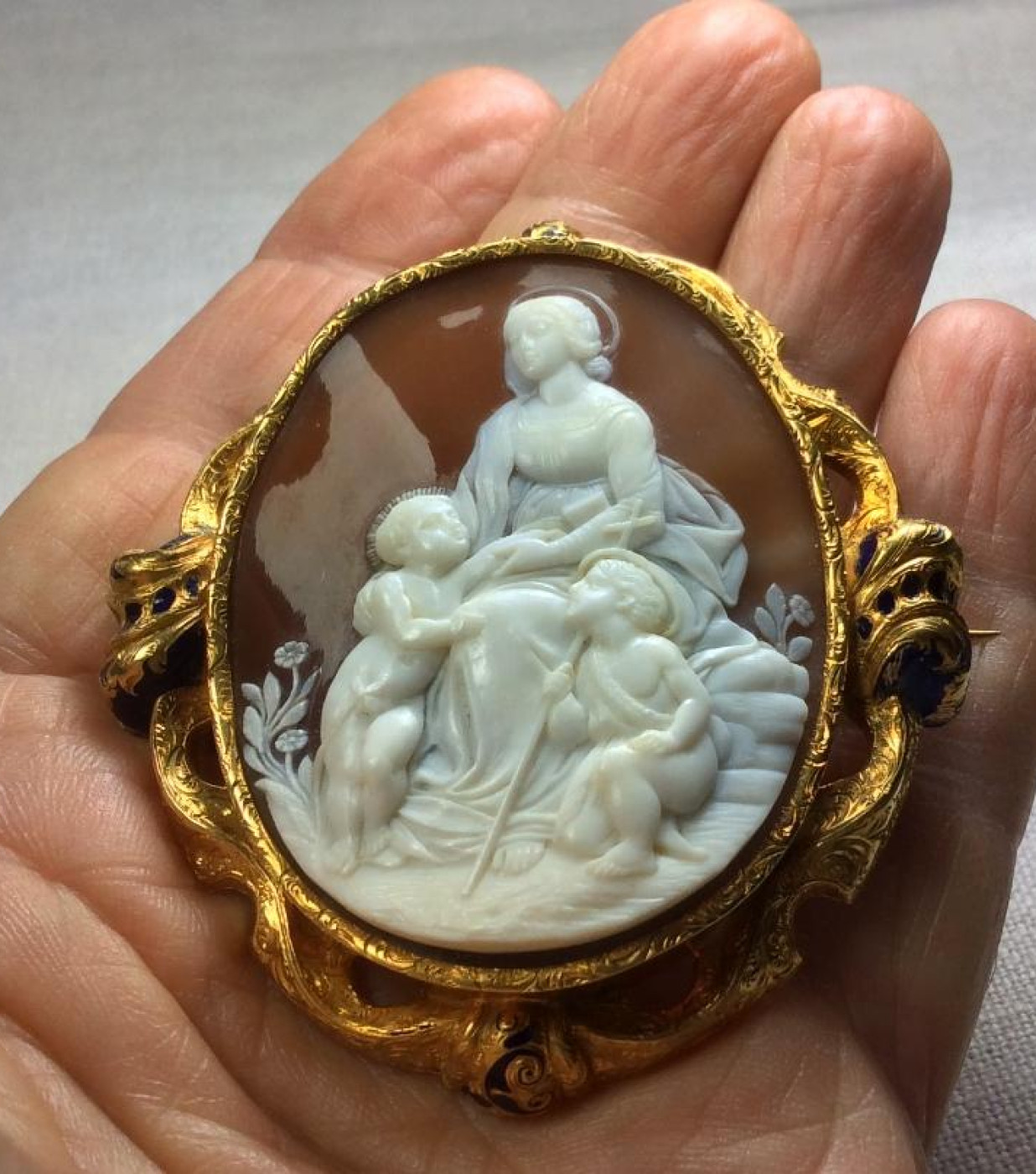 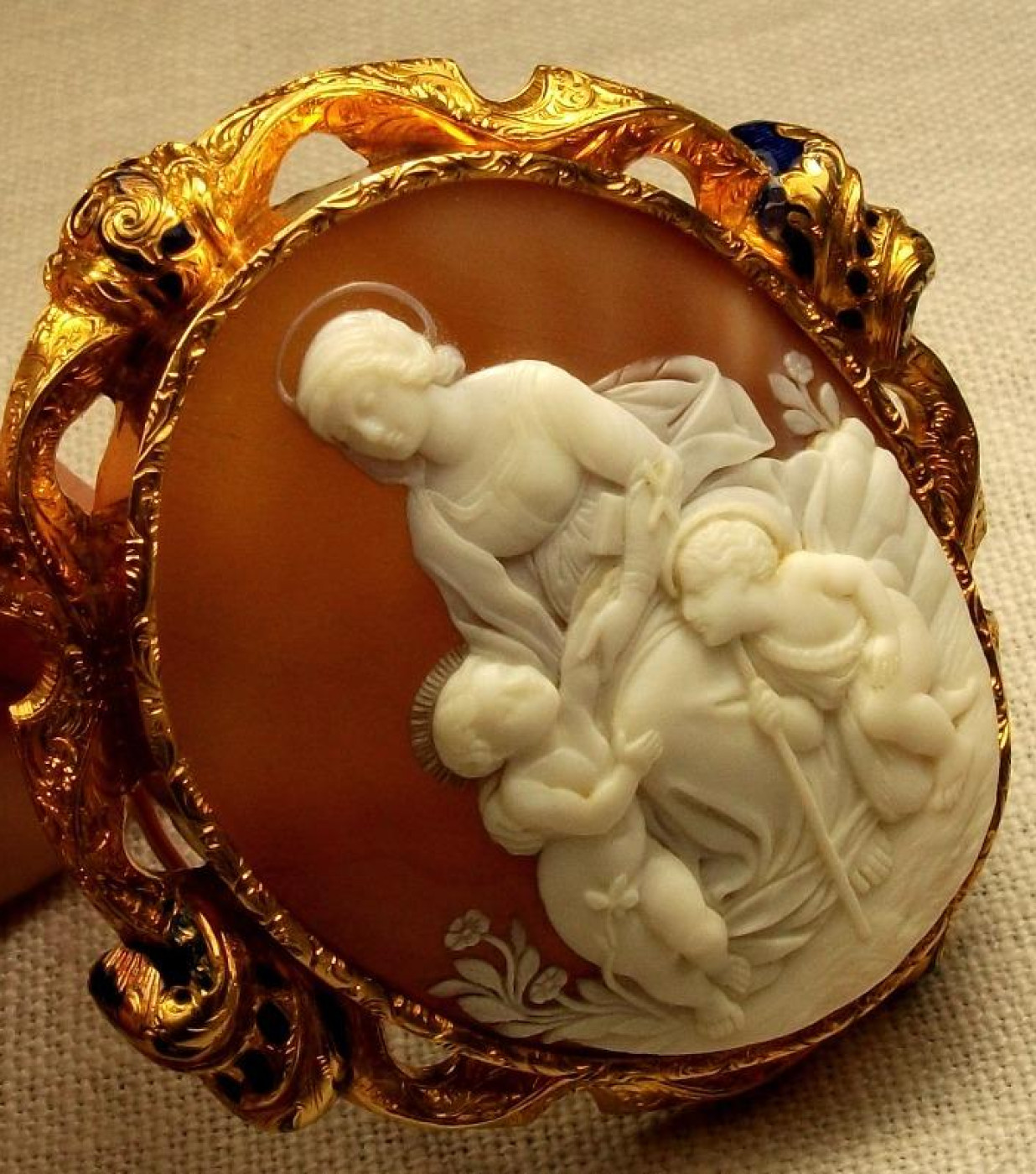 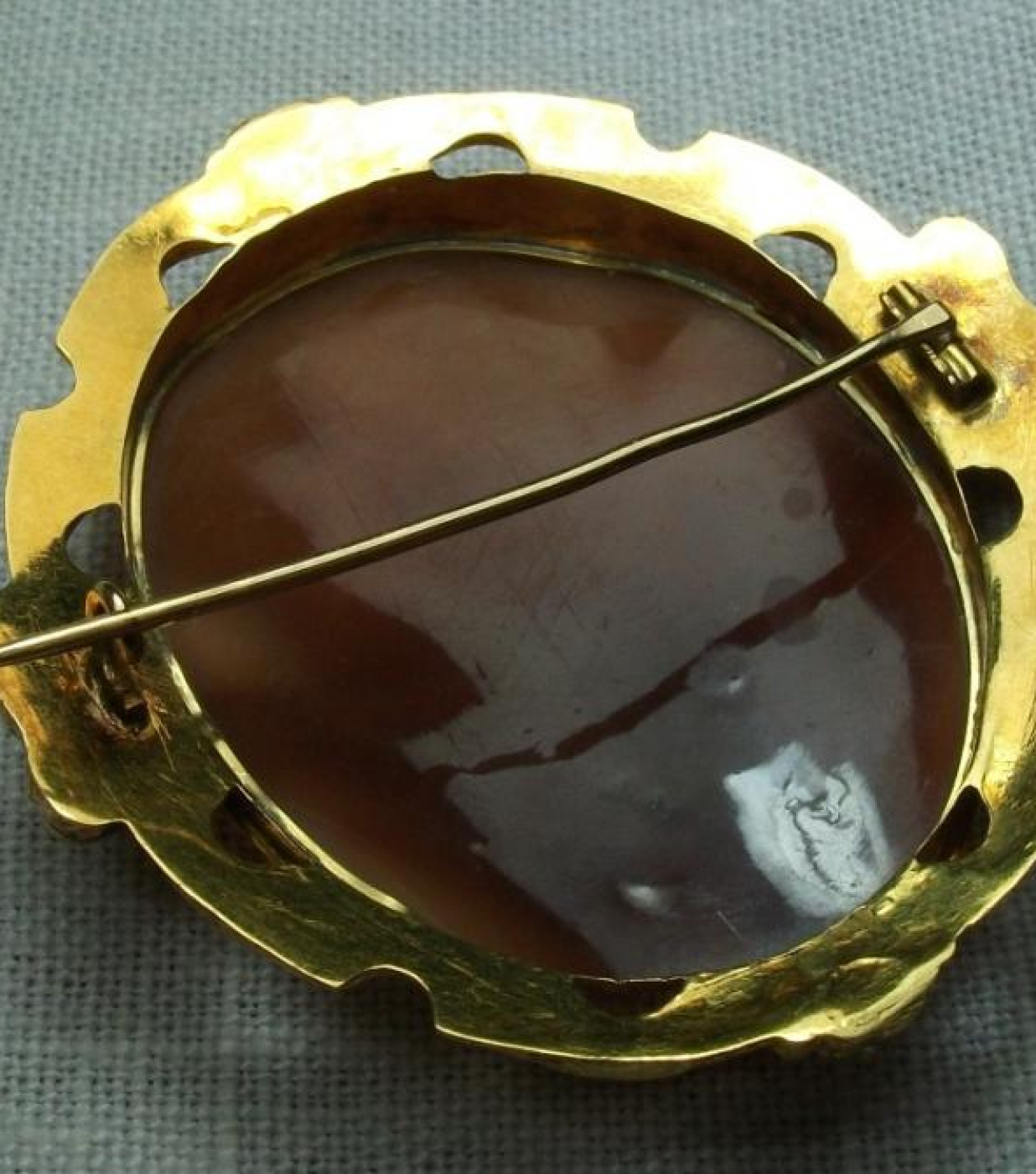 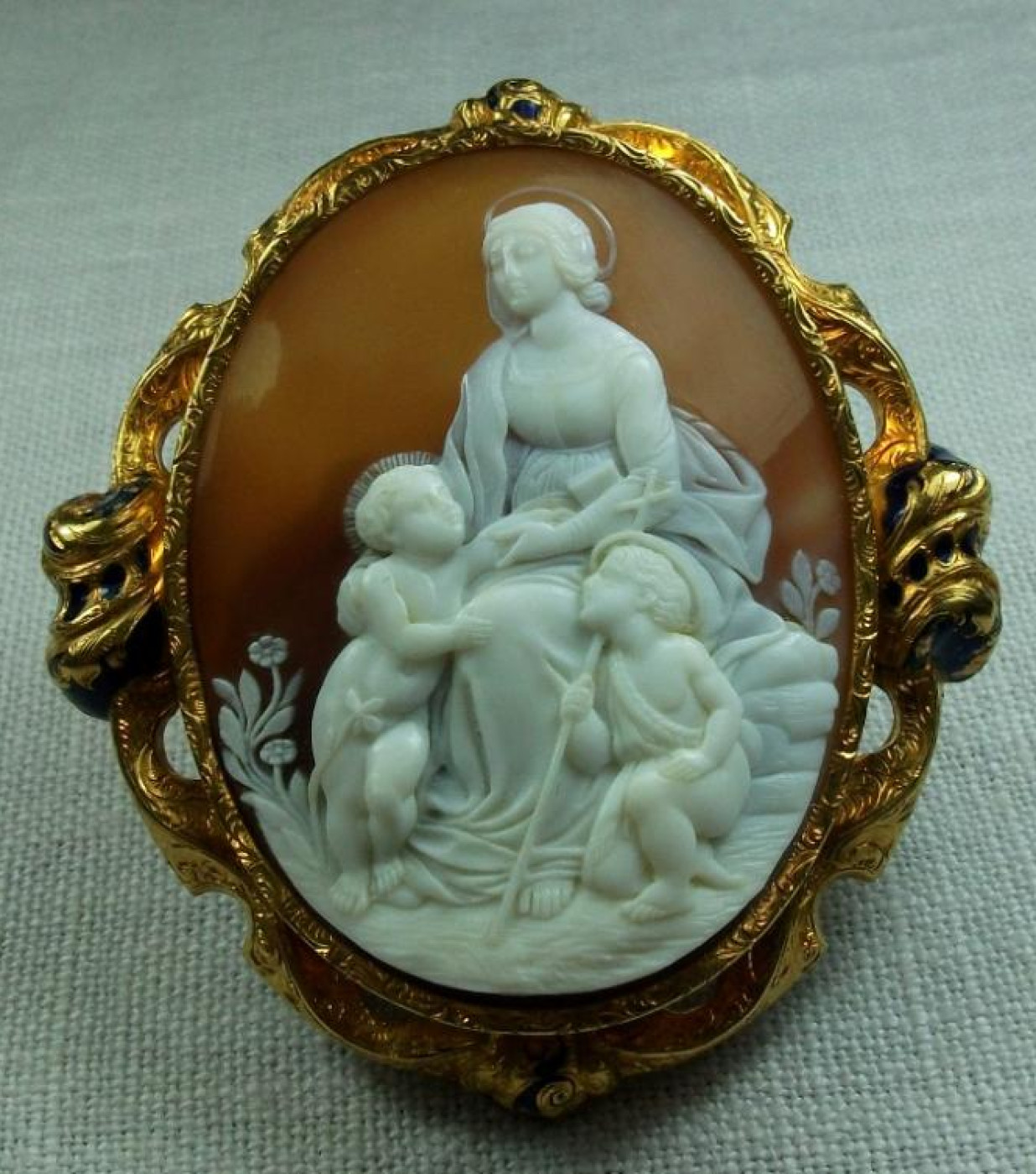 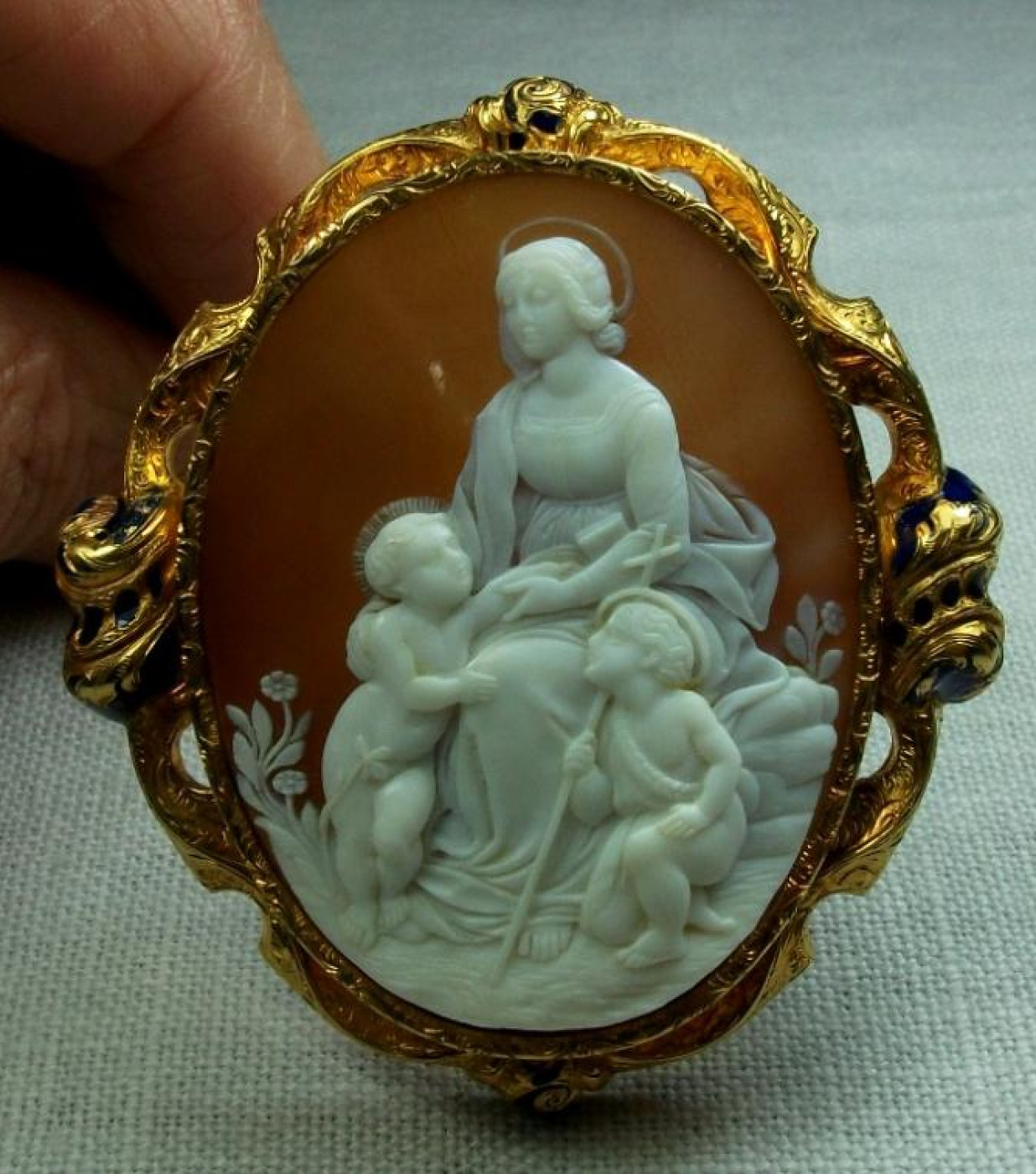 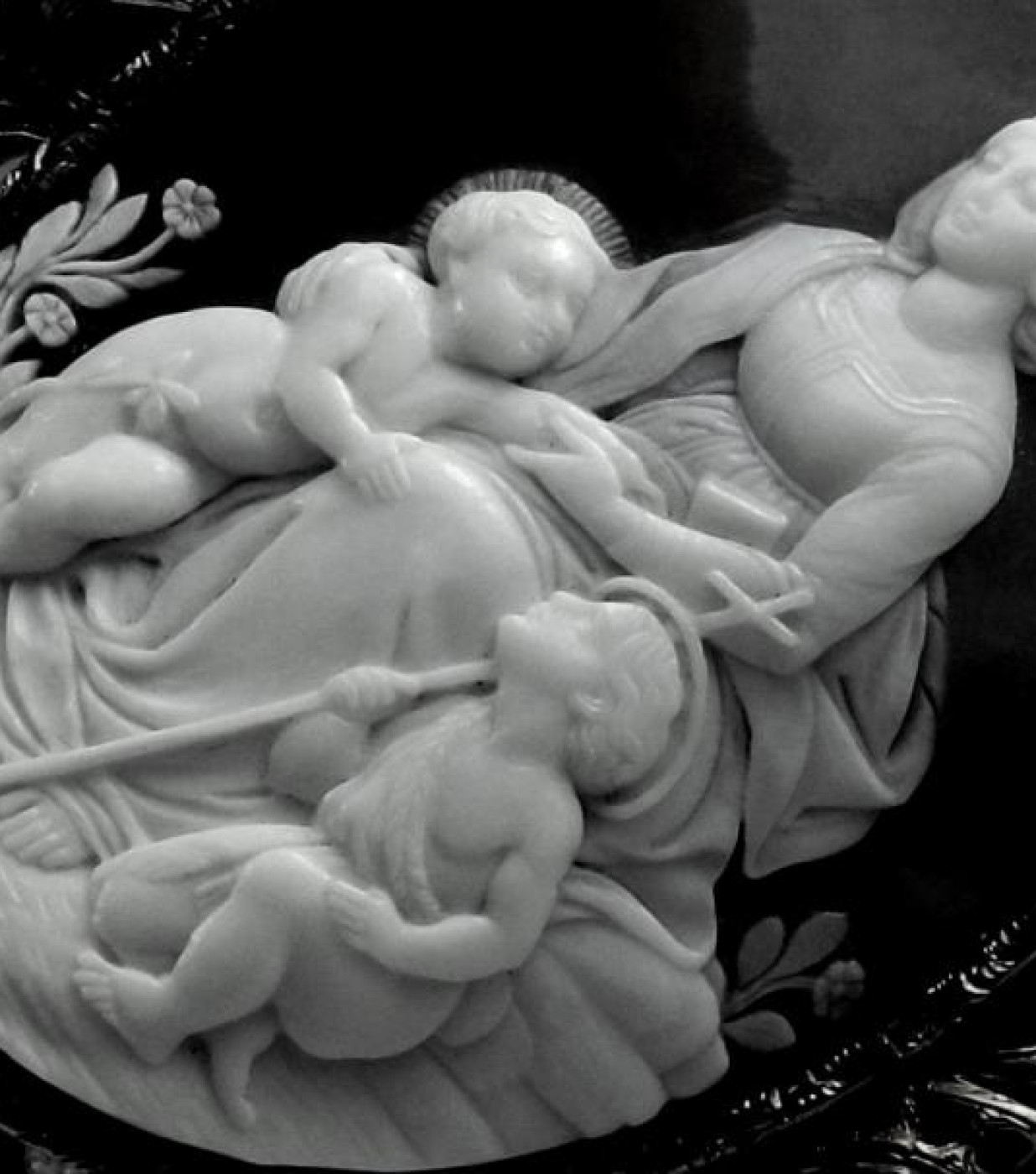 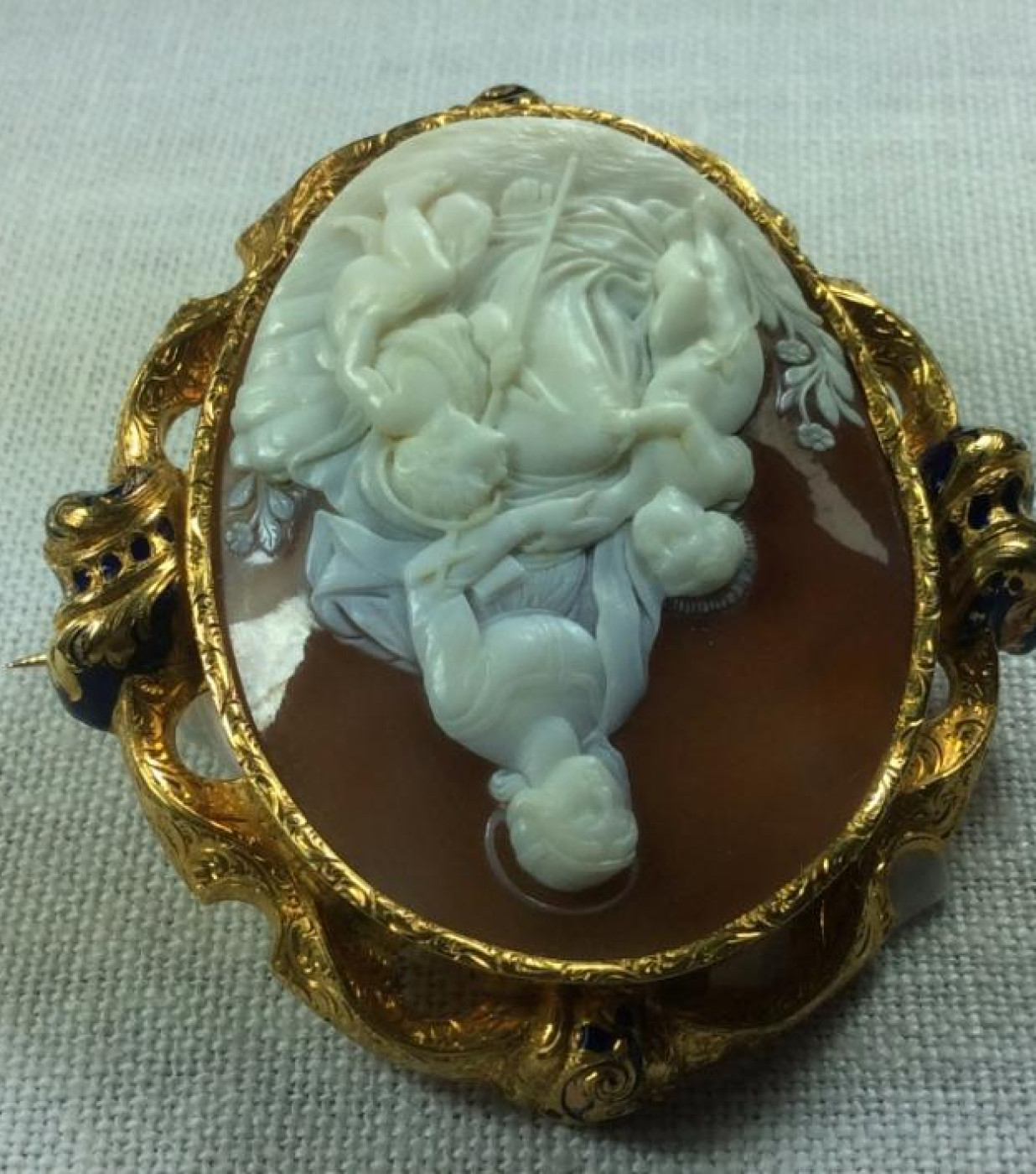 Museum Quality cameo depicting Madonna and Child and the little St. John. The cameo is after a painting by Raphael title "La Belle Jardiniere" now in the Louvre Museum in Paris.This is an incredible work of art, very detailed cameo, carved by an artist. Look at the details of this cameo.  Look at the Madonna expression and at how the baby Jesus is looking at her. Look at Jesus' chubby body, at how it is perfectly rendered, there are no words to describe all the beauty of this cameo. The carver made an artwork reproducing it from another one, the Raffaello's painting. The expression of three figures is so sweet and tender, they seem to speak, I'm amazed looking at this cameo. The master carver has reproduced the Raffaello's work respecting the nineteenth-century taste, with the brightness in the look of  child Jesus,  the sweetness of the face of the Madonna and the prayer pose of the young Saint John, with an intense carving of expressive suggestion. This one is without any doubt one of most beautiful Madonna and child and St. John I have ever handled.  Pictures really don't give any justice to this fabulous cameo. The frame is spectacular too, elaborately chiselled and engraved gold. Rarest cameo very desirable collectors' piece.

La belle jardinière, also known as Madonna and Child with Saint John the Baptist, is a painting by the Italian High Renaissance artist Raphael. It was commissioned by the Sienese patrician Fabrizio Sergardi and shows Mary, Christ and the young John the Baptist. It is currently in the Louvre Museum in Paris, France. This painting is one of the most famous Madonna portraits of Italian Renaissance painter, Raphael. Raphael studied the works of Leonardo da Vinci while in Florence and applied some of Leonardo's techniques to his own painting. Raphael's use of contrasting light and darks, and the relaxed, informal pose of the Madonna illustrates Leonardo's influence on La belle jardinière.