Rare Cameo of Ajax the Greek Hero of Troy 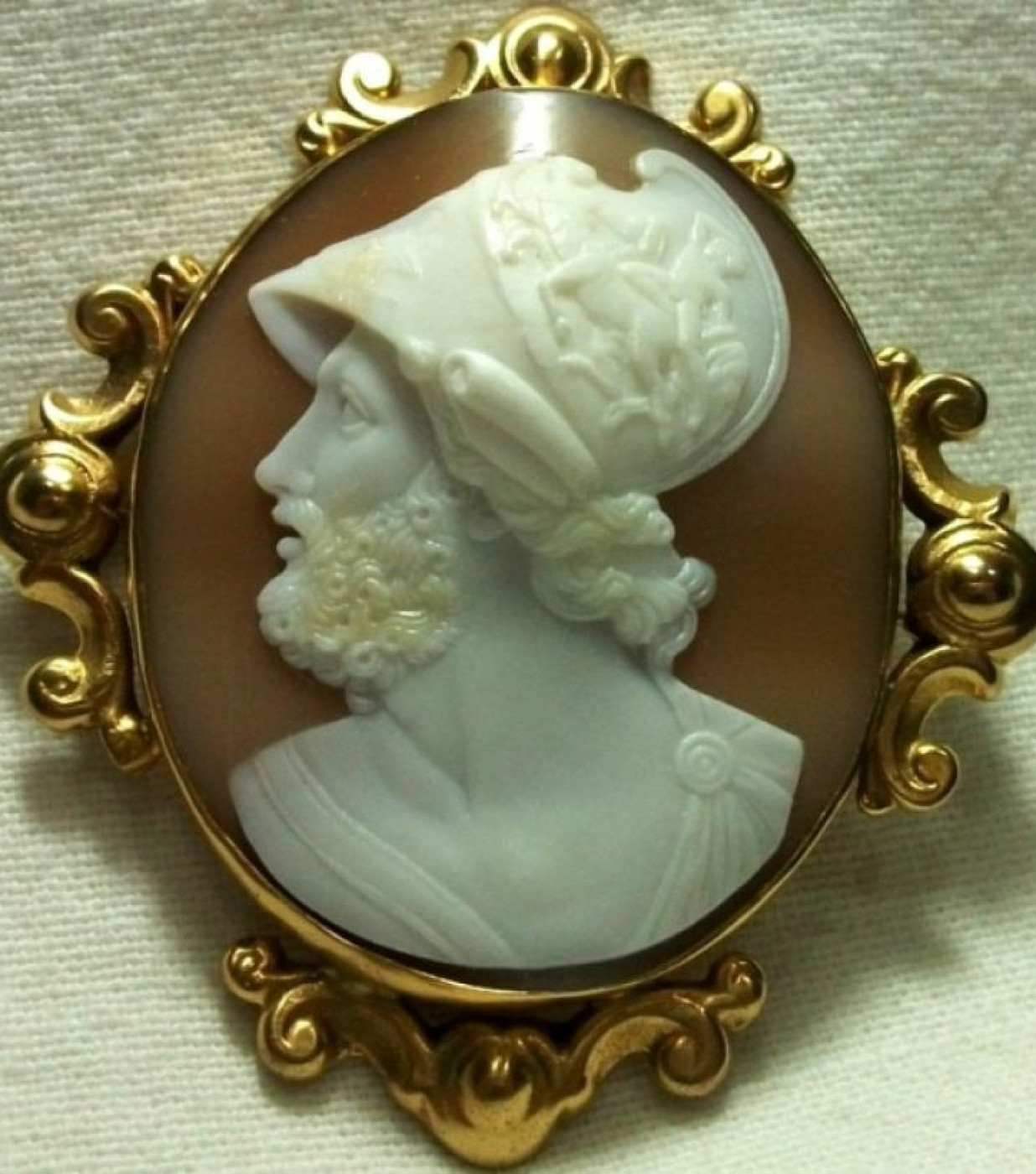 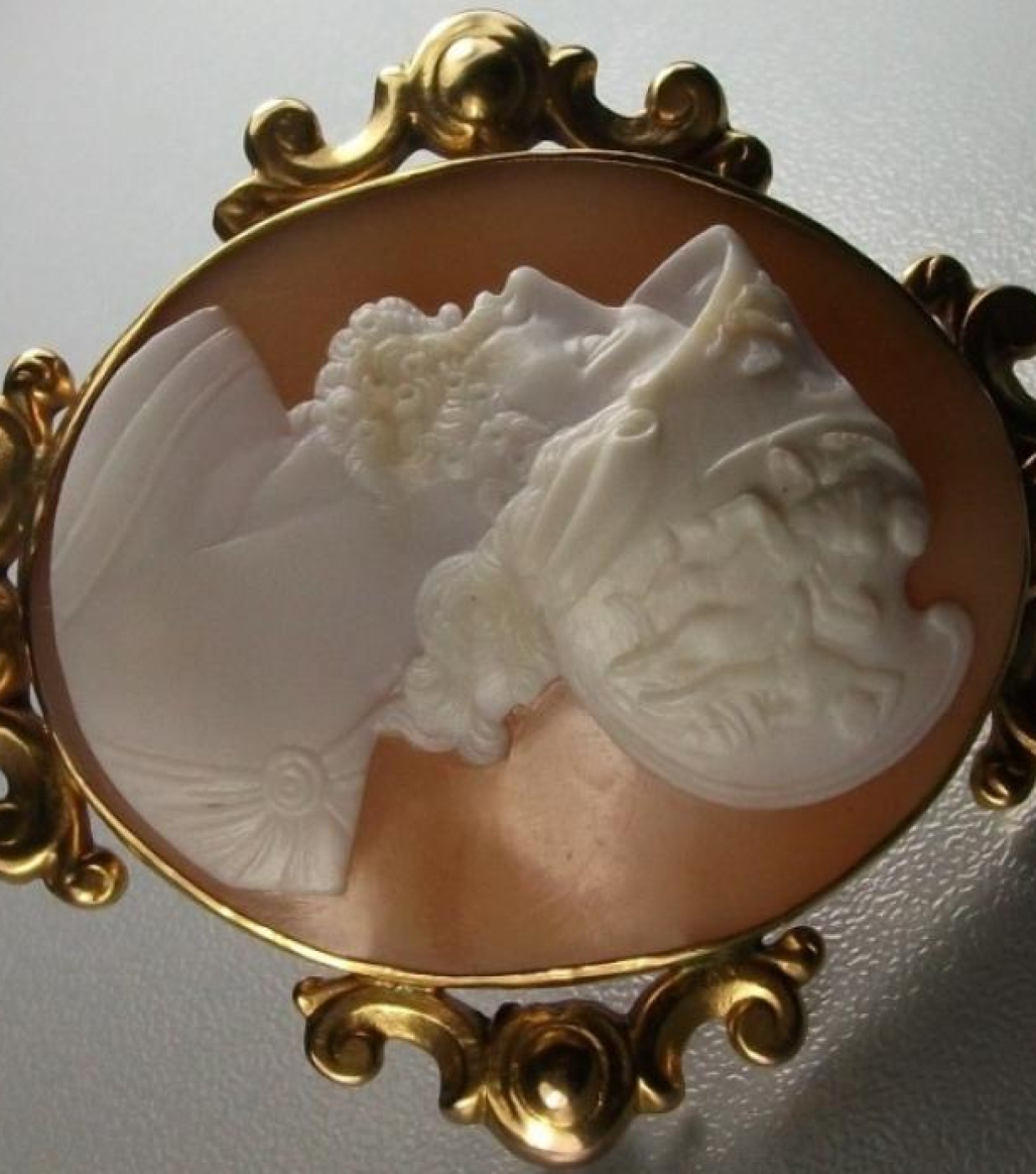 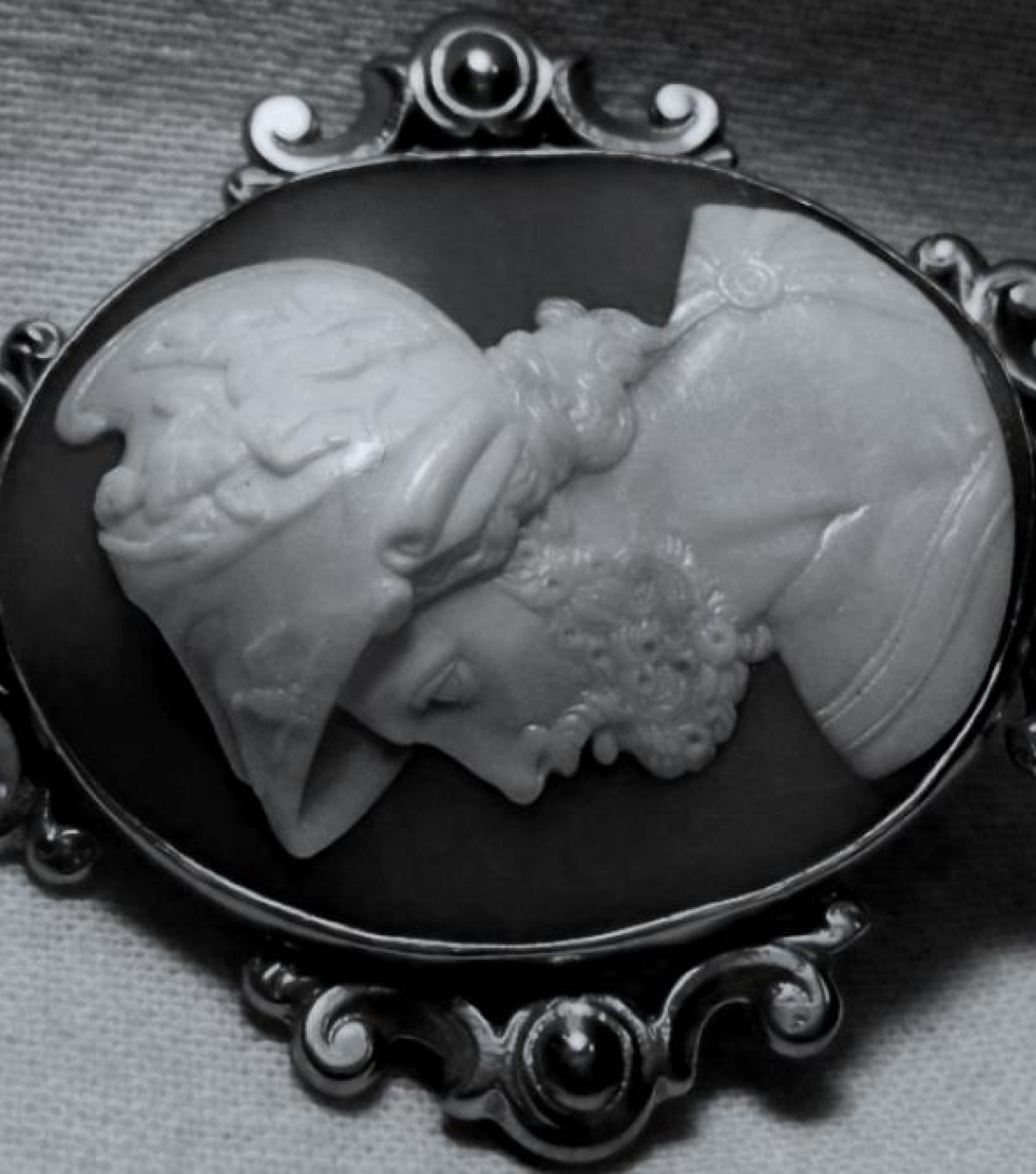 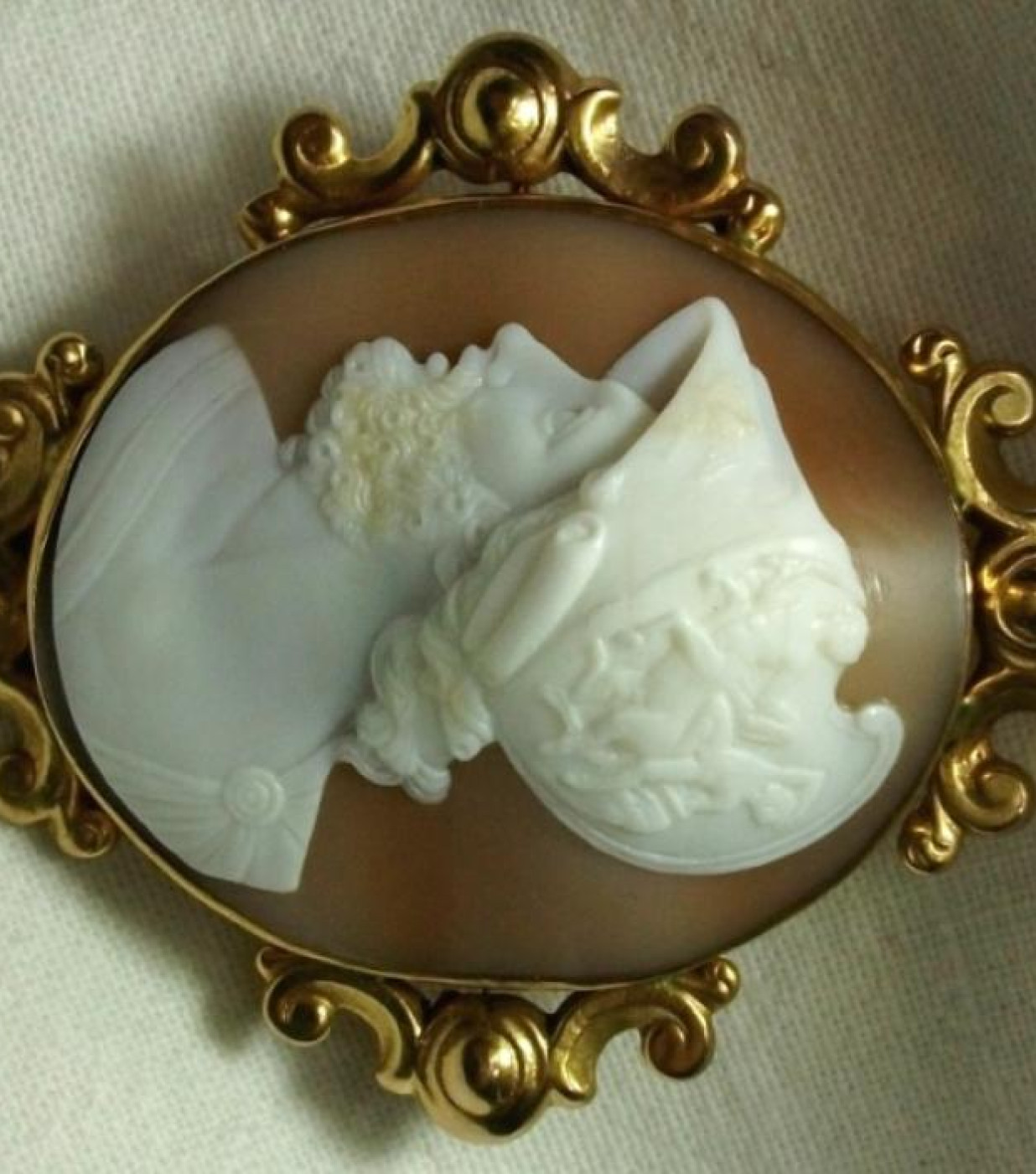 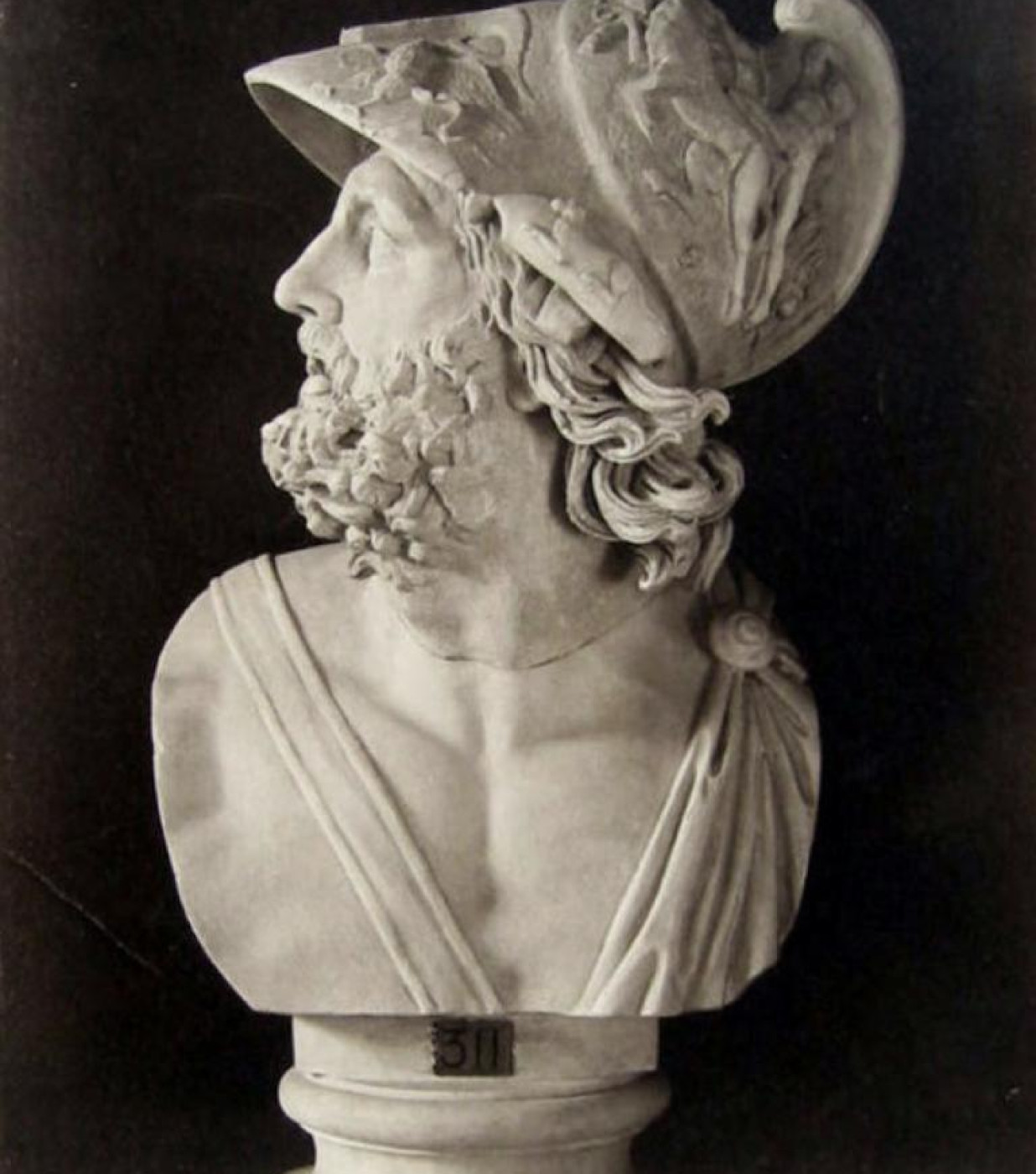 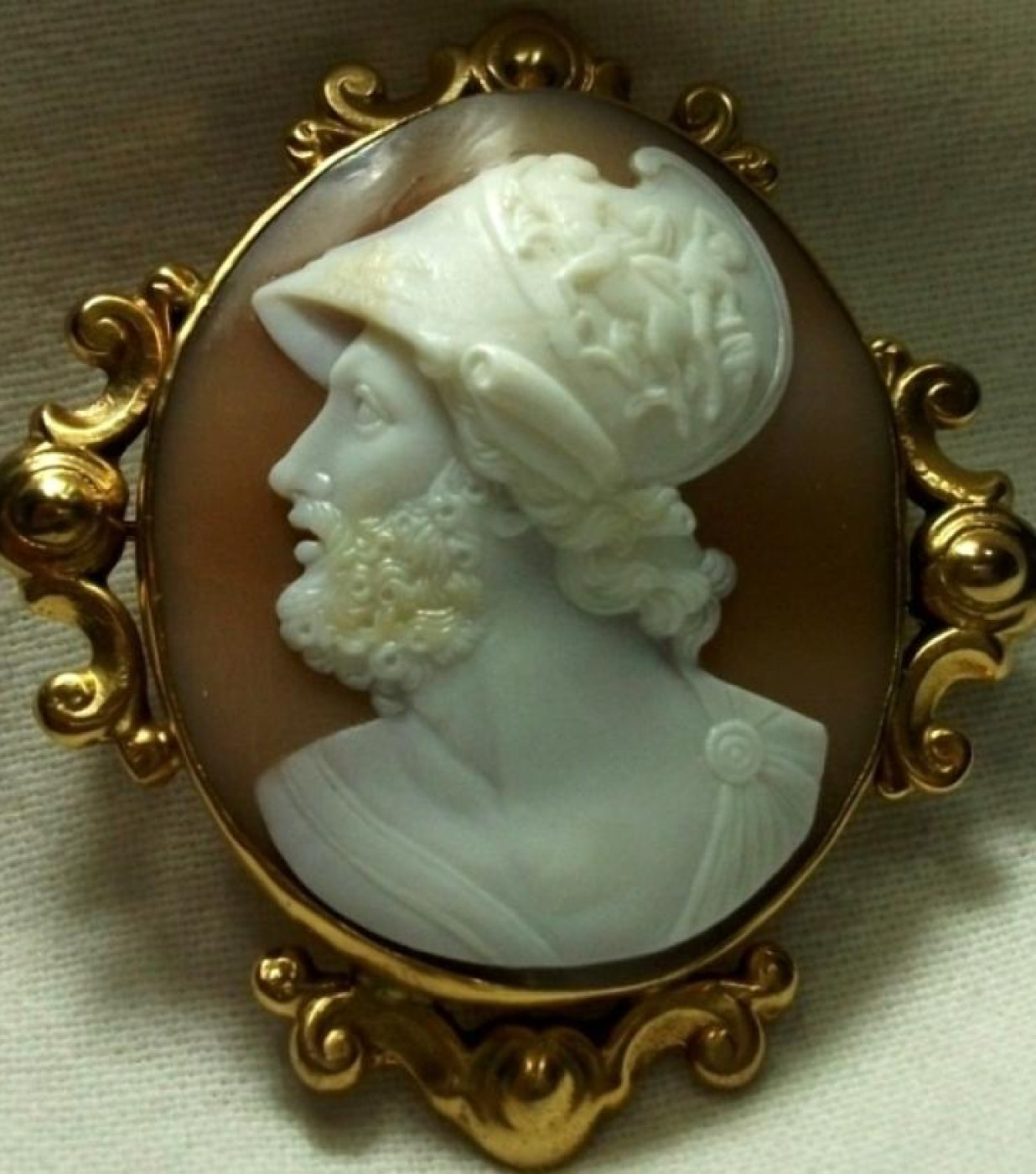 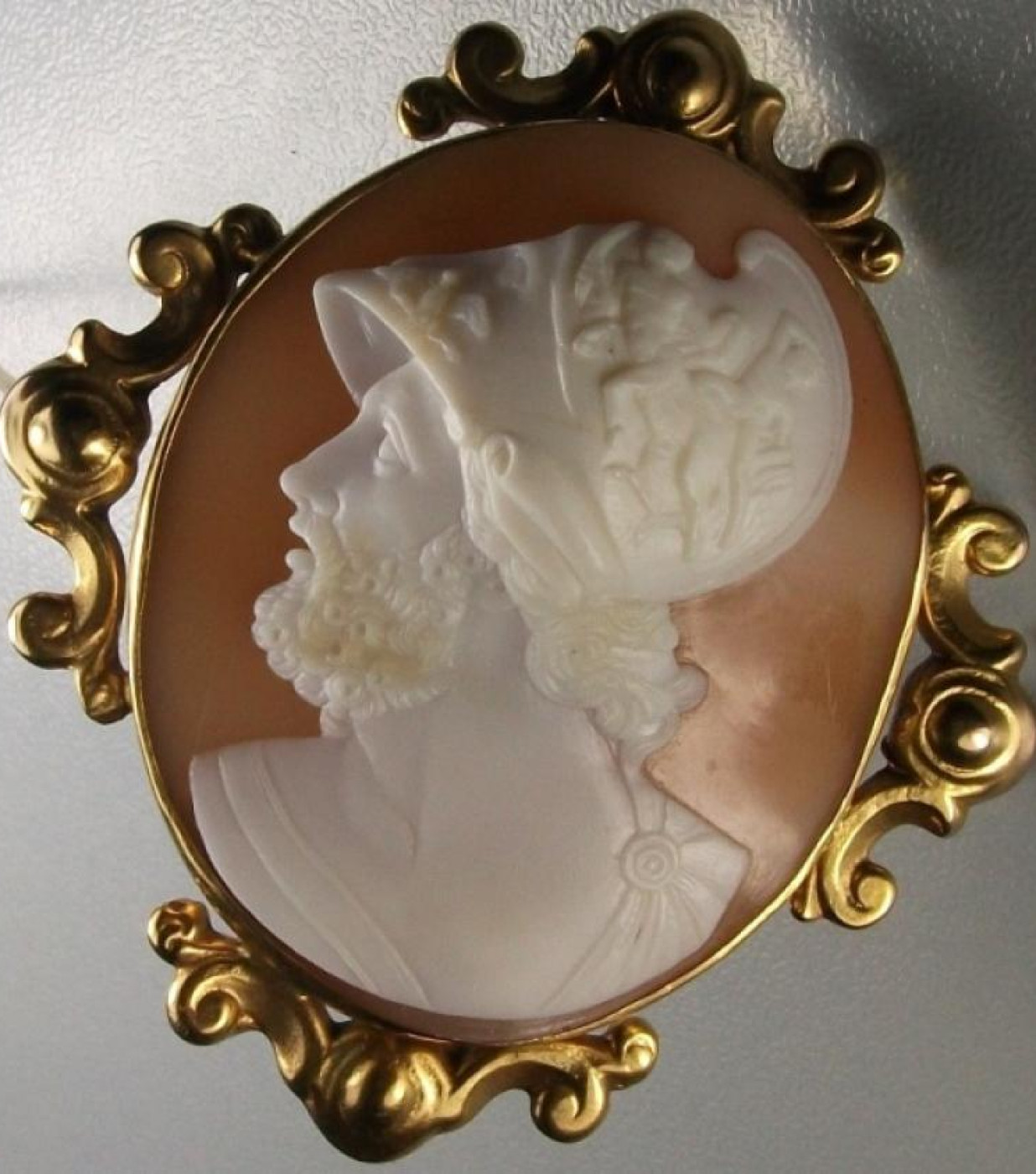 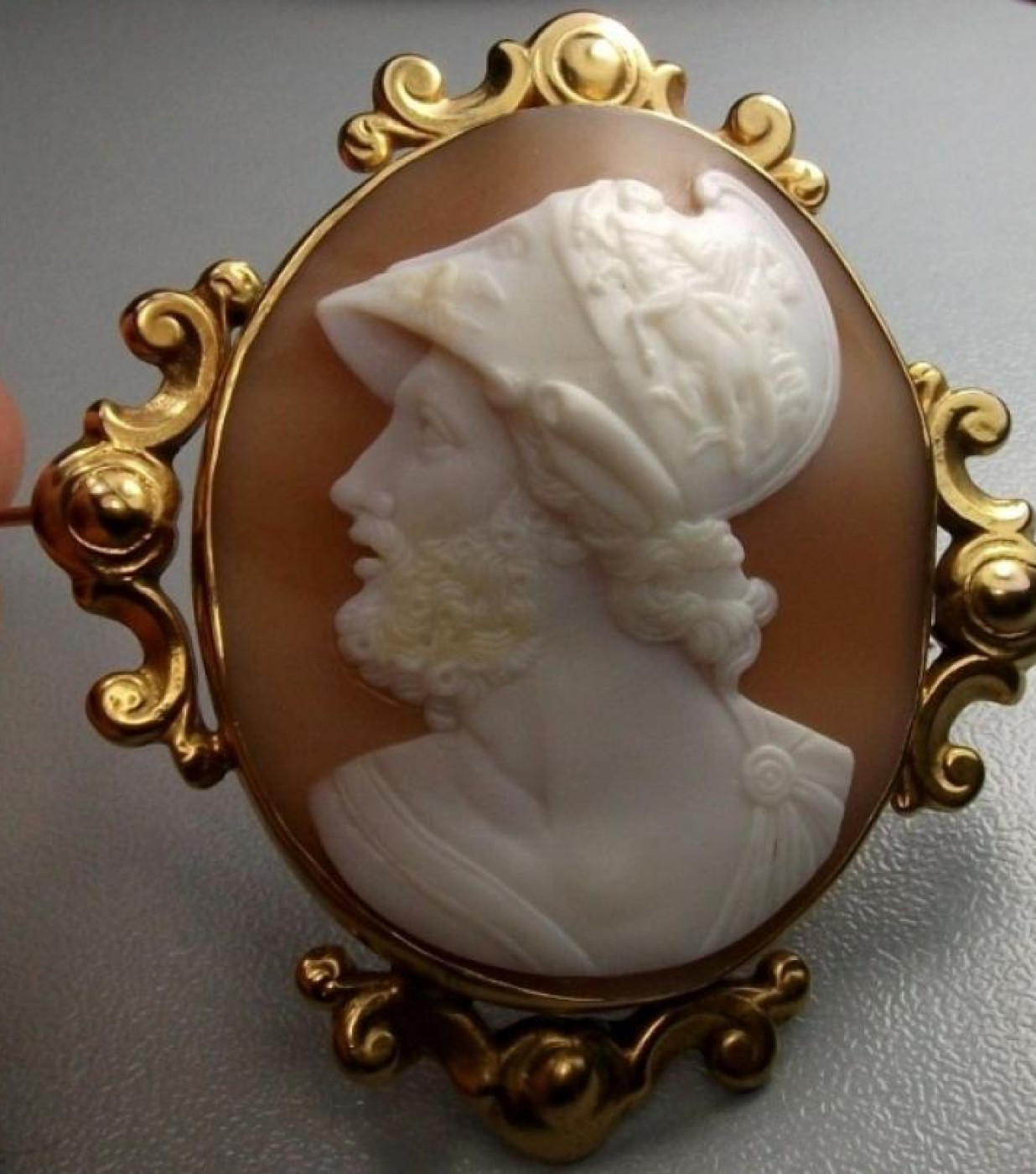 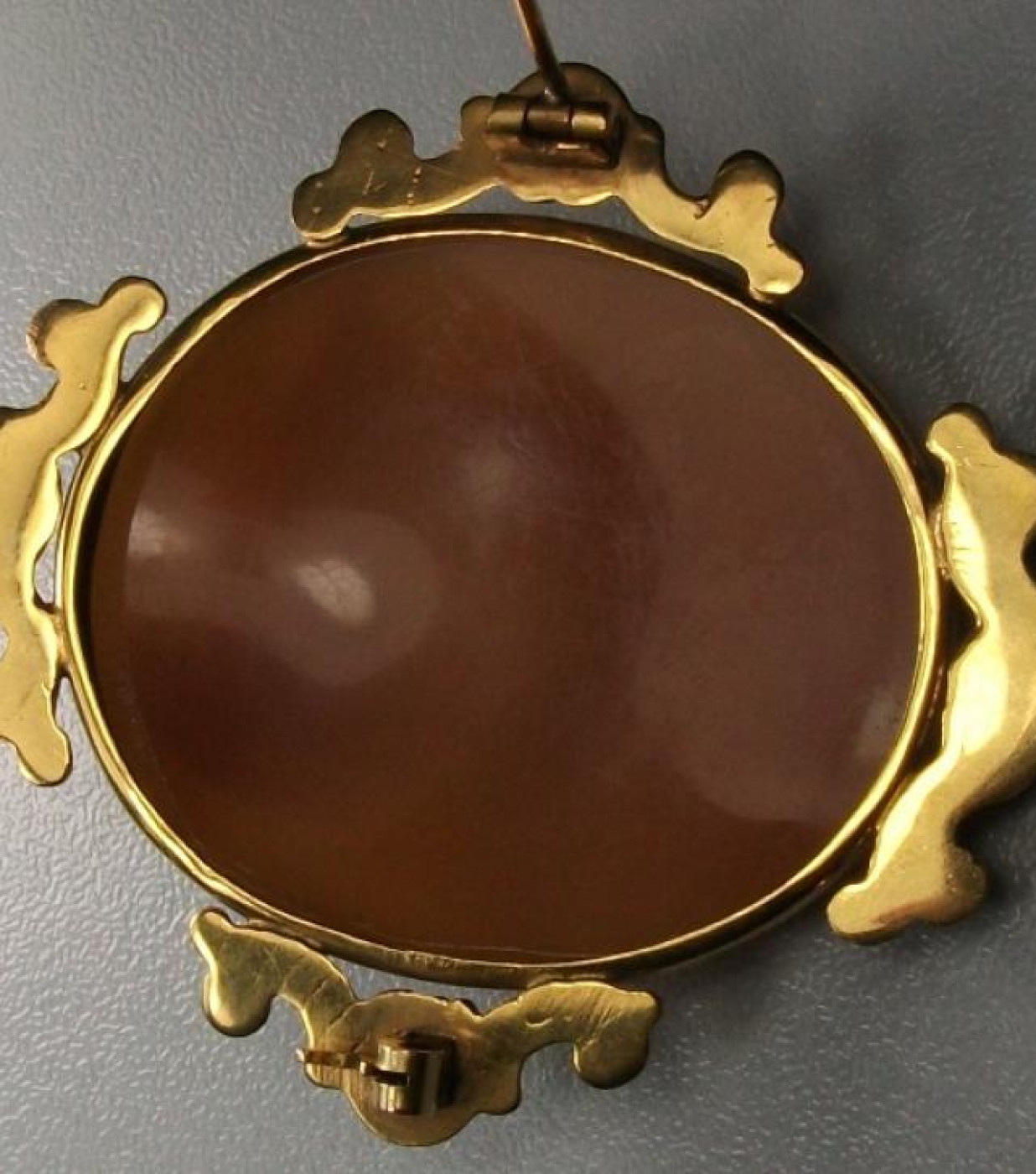 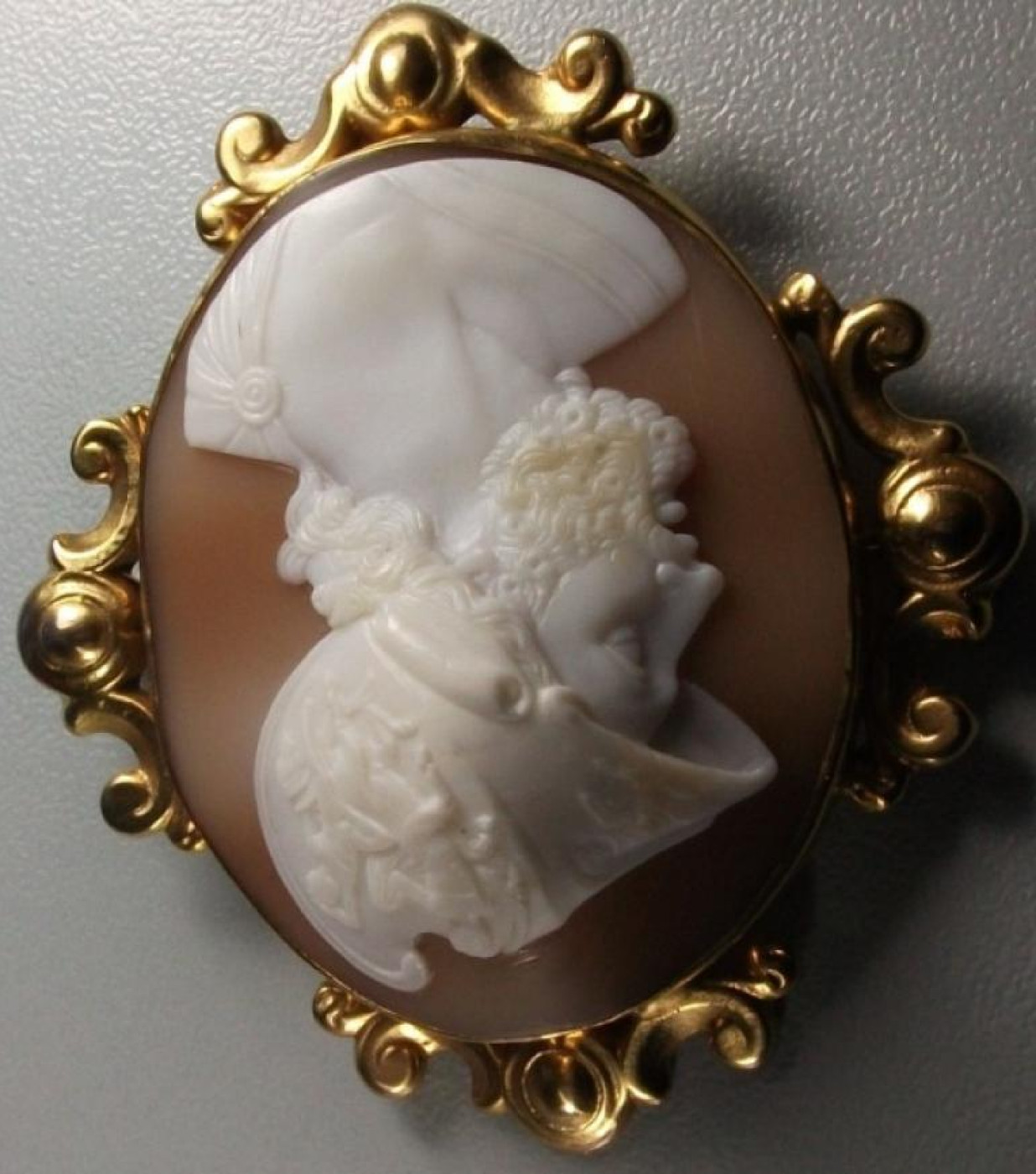 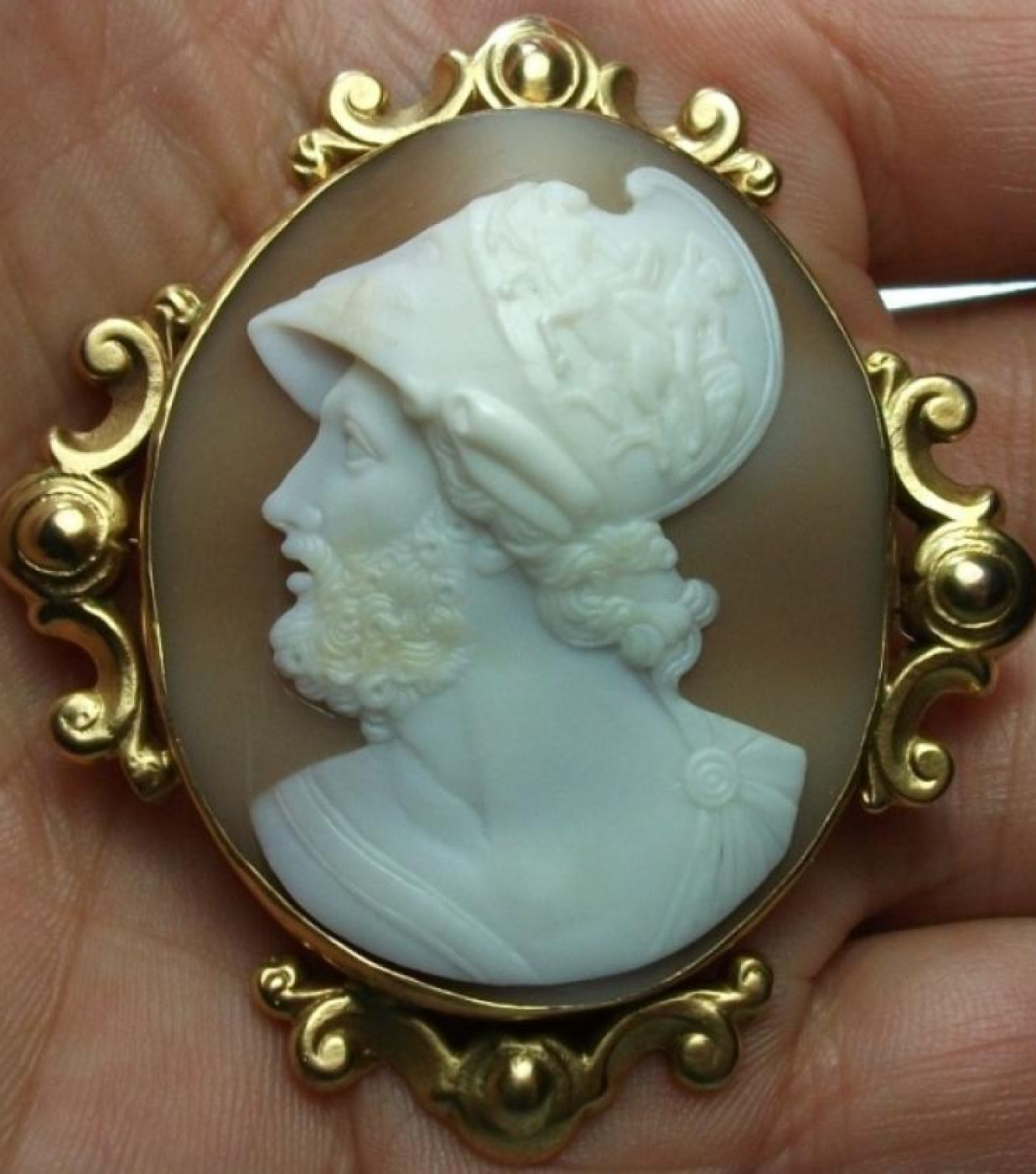 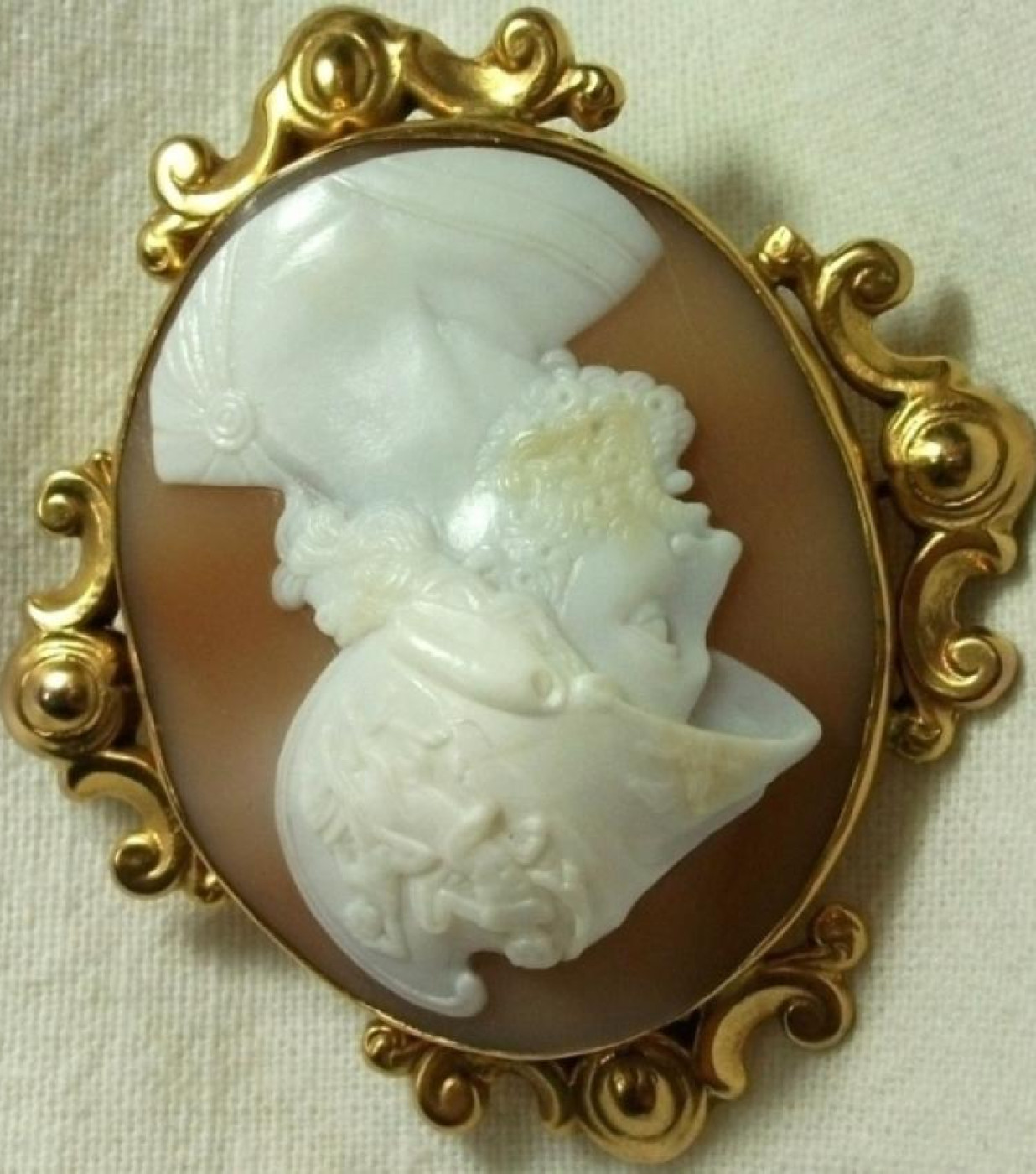 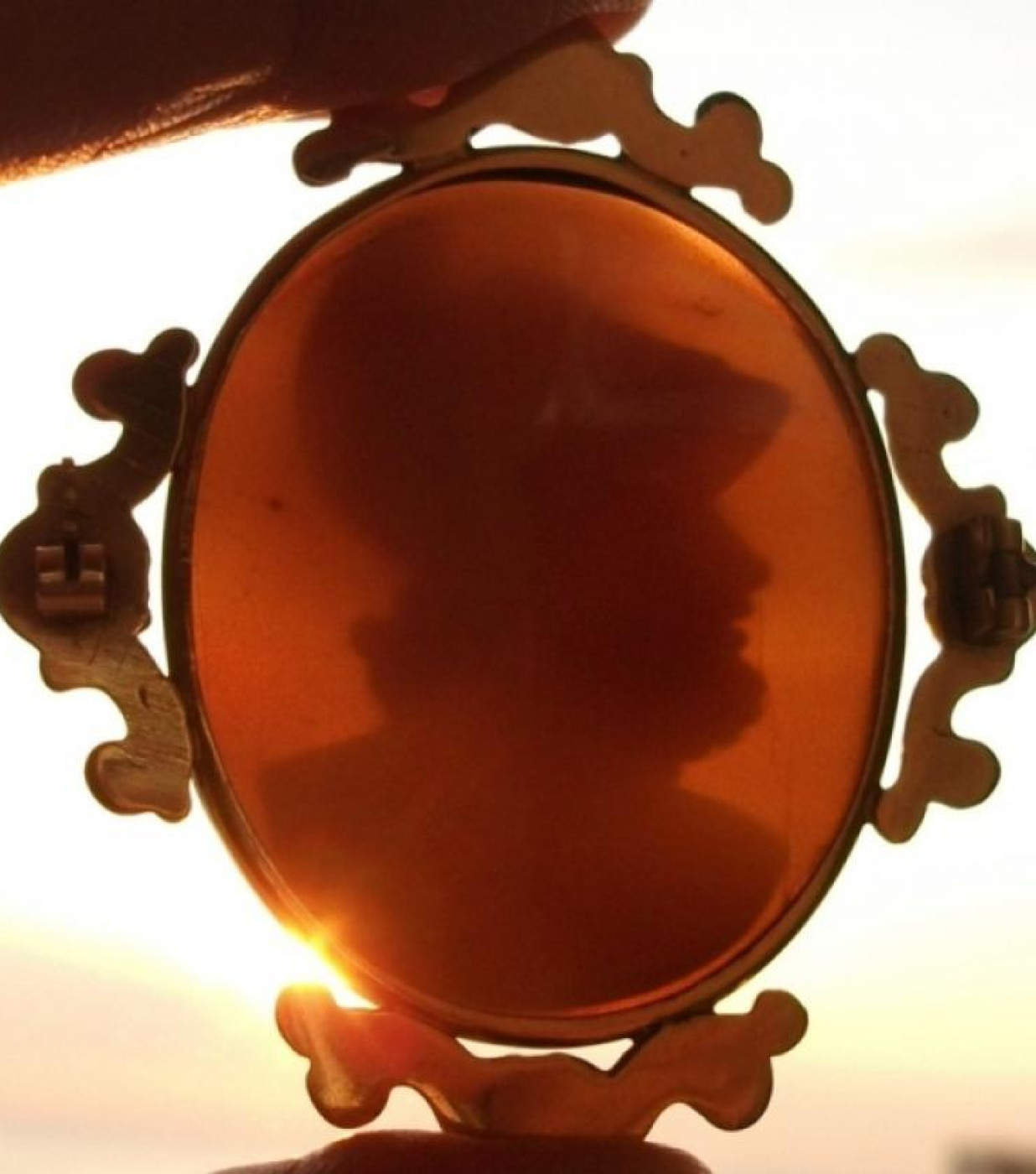 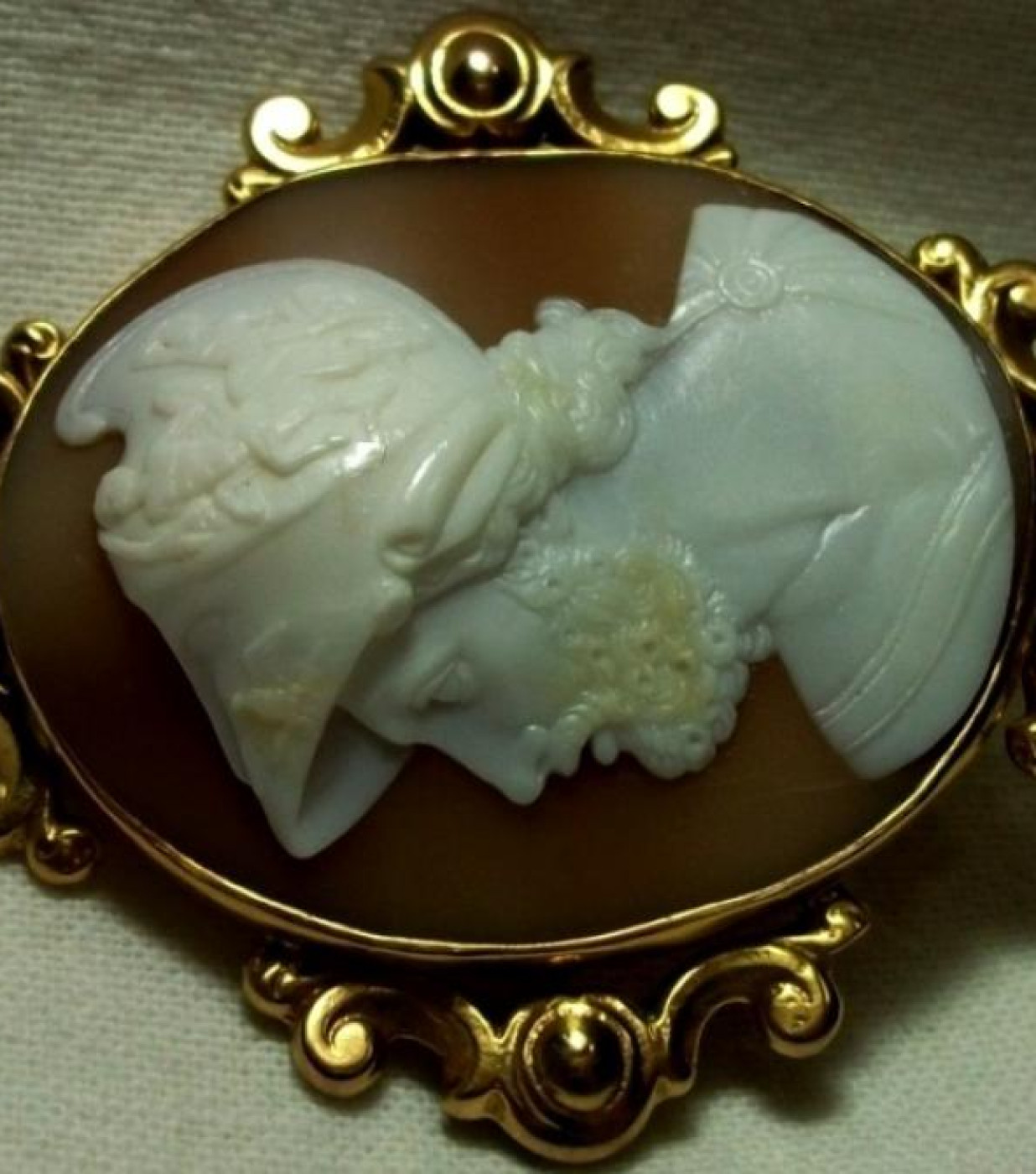 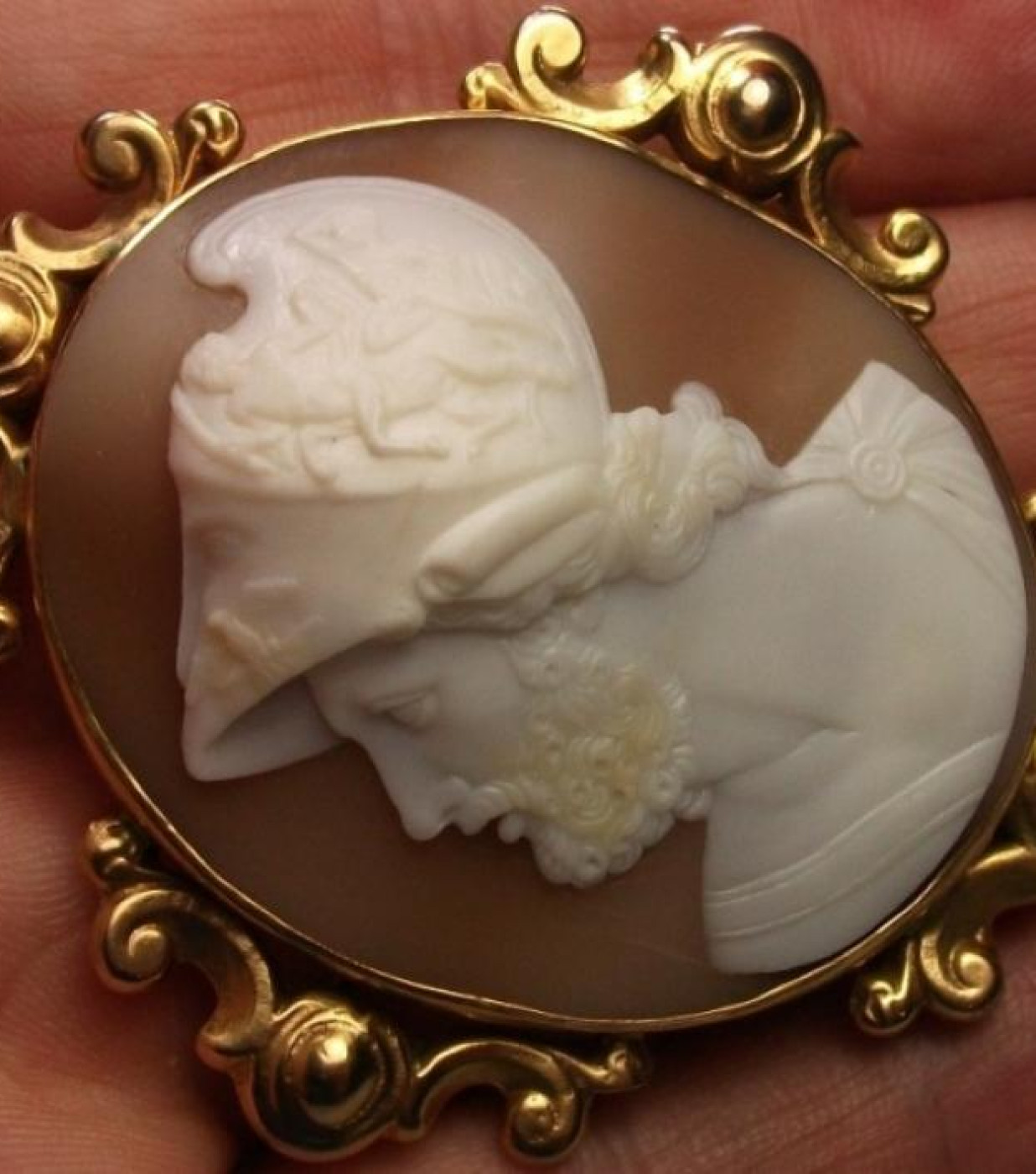 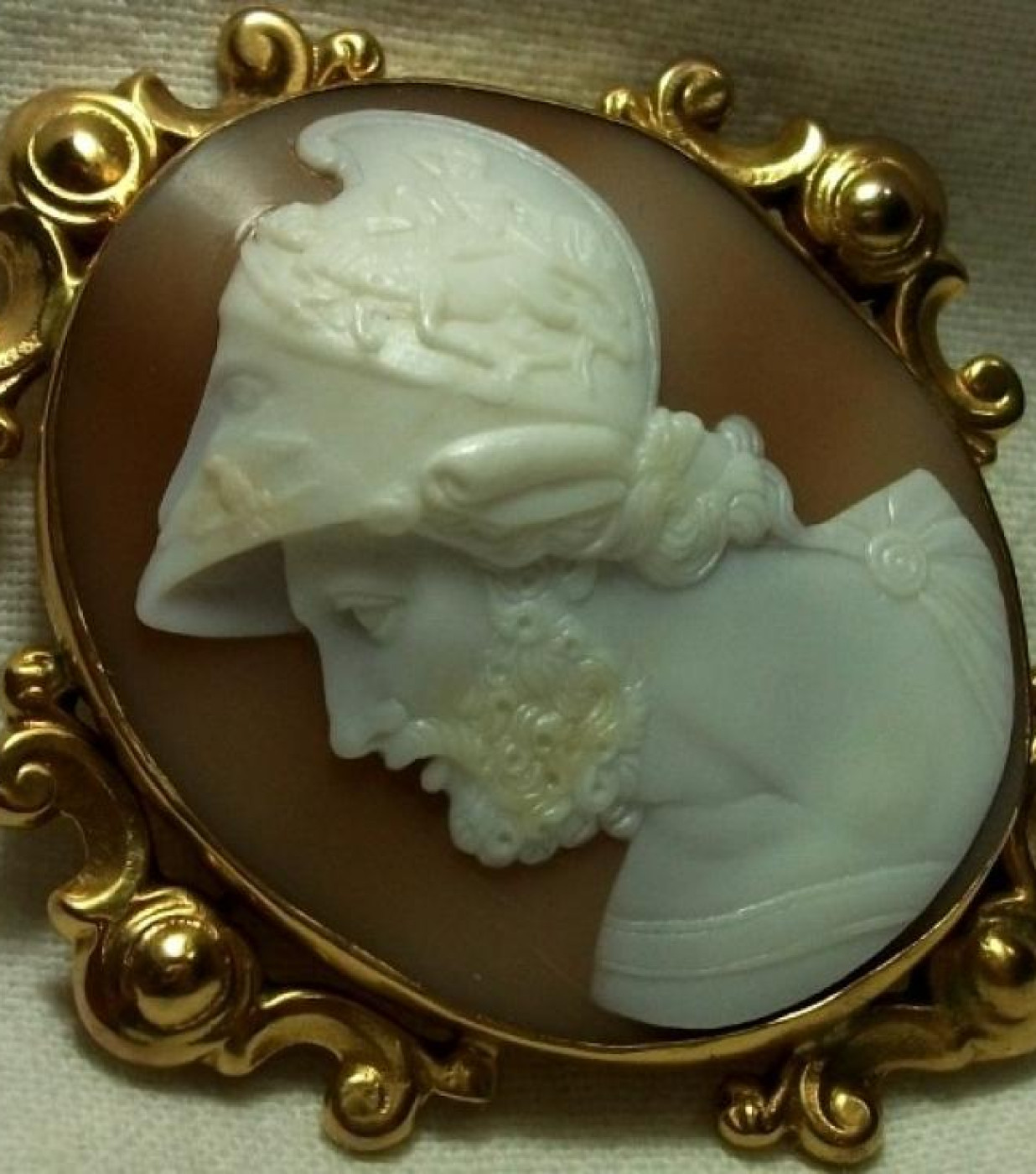 Museum Quality cameo depicting Ajax, portrayed in profile.  This is a cameo of surpassing beauty an incredible work of art and very detailed,  carved by an artist.  This cameo is after a Roman or Greek bust of Ajax, found in Rome (the picture below is a marble sculpture made in 1800's after the original Roman bust).  The beautiful decorations engraved on the helmet and the rich and curly hair of Ajax are masterly carved, like his beard. Note the helmet which is three-dimensional. Note the beauty of the profile and its  expressivity,  the large profusion of details masterfully carved and overall the reality of the face features, of the neck's  muscles, all these details are exclusively due to the skill of a great master carver of the past. His perfect nose and his handsome face are superbly made. Everything is perfectly rendered. An absolute beauty, a perfect cameo carved by a true artist. The stunning, heavy and unusual gold frame, which is a real artwork, completes this cameo and makes it unique. Rarest cameo and subject very desirable collectors' piece.

A bit of history:
Ajax was a mythological Greek hero, the son of Telamon and Periboea and king of Salamis. He is one of the main heroes  in Homer's Iliad and in the Epic Cycle, a series of epic poems about the Trojan War. To distinguish him from Ajax, son of Oileus, he is called "Greater Ajax," or "Ajax the Great" or "Telamonian Ajax," In Homer's Iliad he is described as of great stature , the tallest and strongest of all the Achaeans, second only to his cousin Achilles in skill-at-arms. He was trained by the centaur Chiron (who had also trained his father, Telamon, and Achilles' father Peleus), at the same time as Achilles. Aside from Achilles, Ajax is the most valuable warrior in Agamemnon's army.  He commands his army wielding a great hammer and a huge shield made of seven ox-hides with a layer of bronze. He is not wounded in any of the battles described in theIliad. You can see the centaur Chiron carved on his helmet too. This cameo is after a marble bust of Ajax, in Rome.