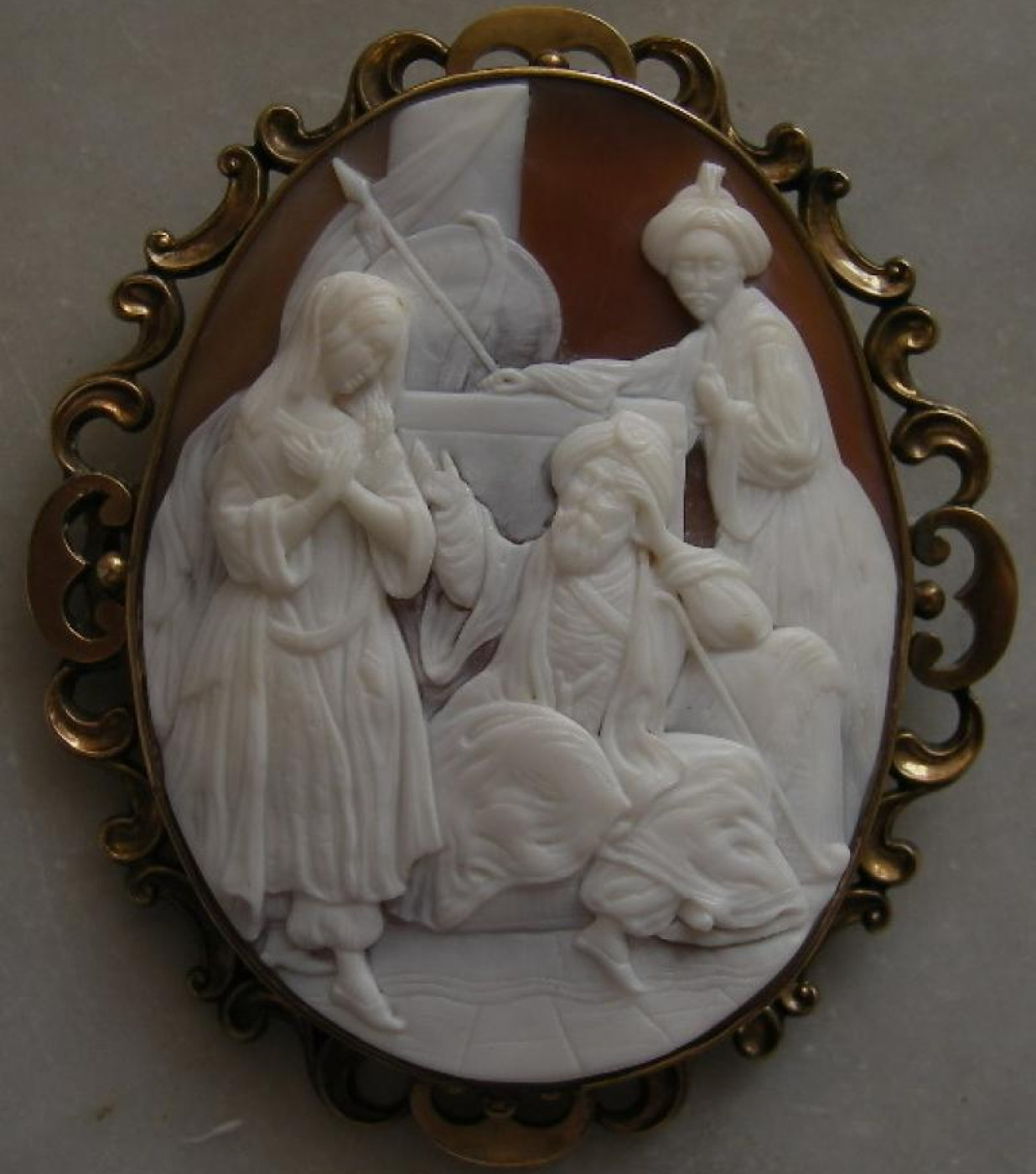 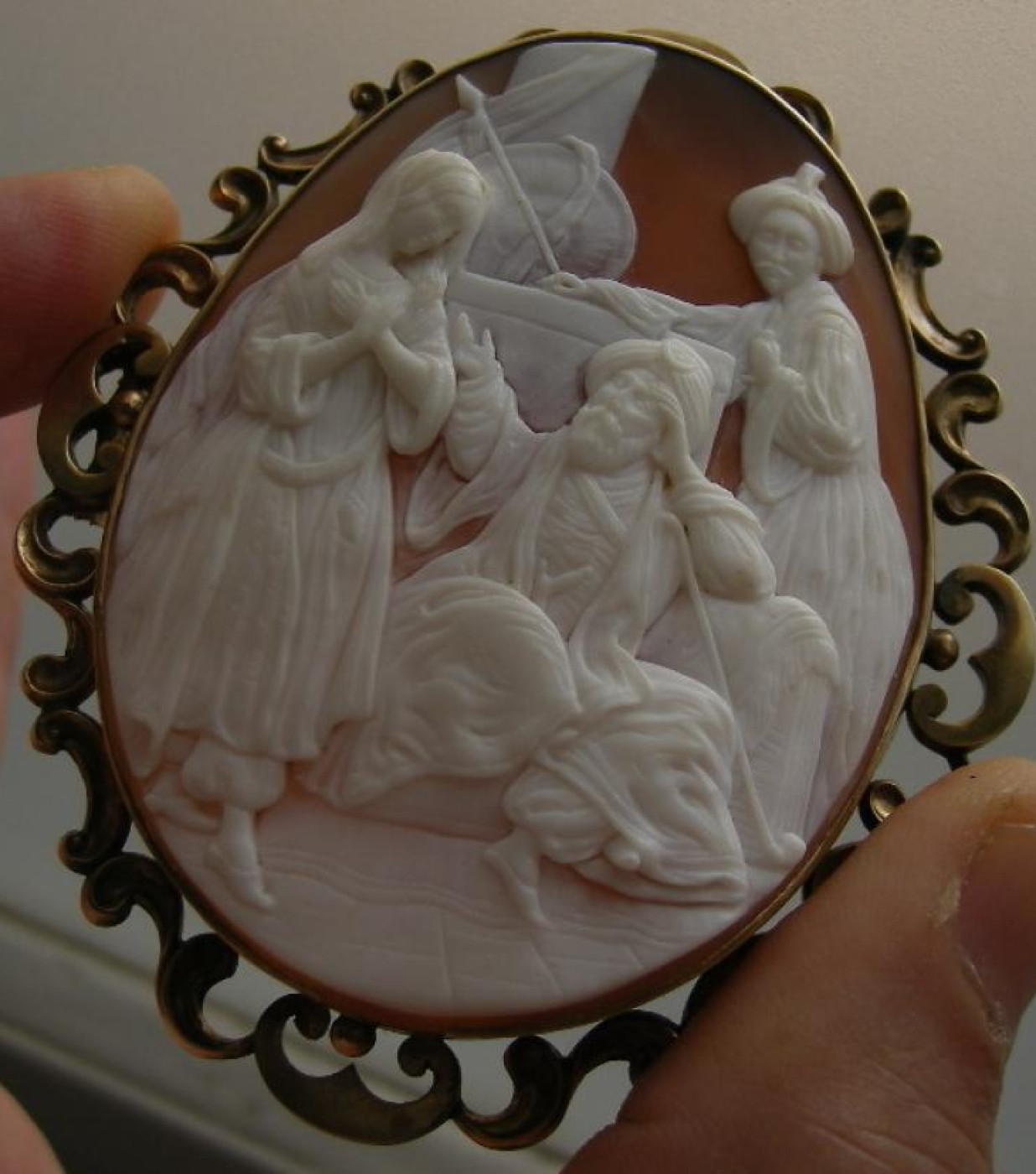 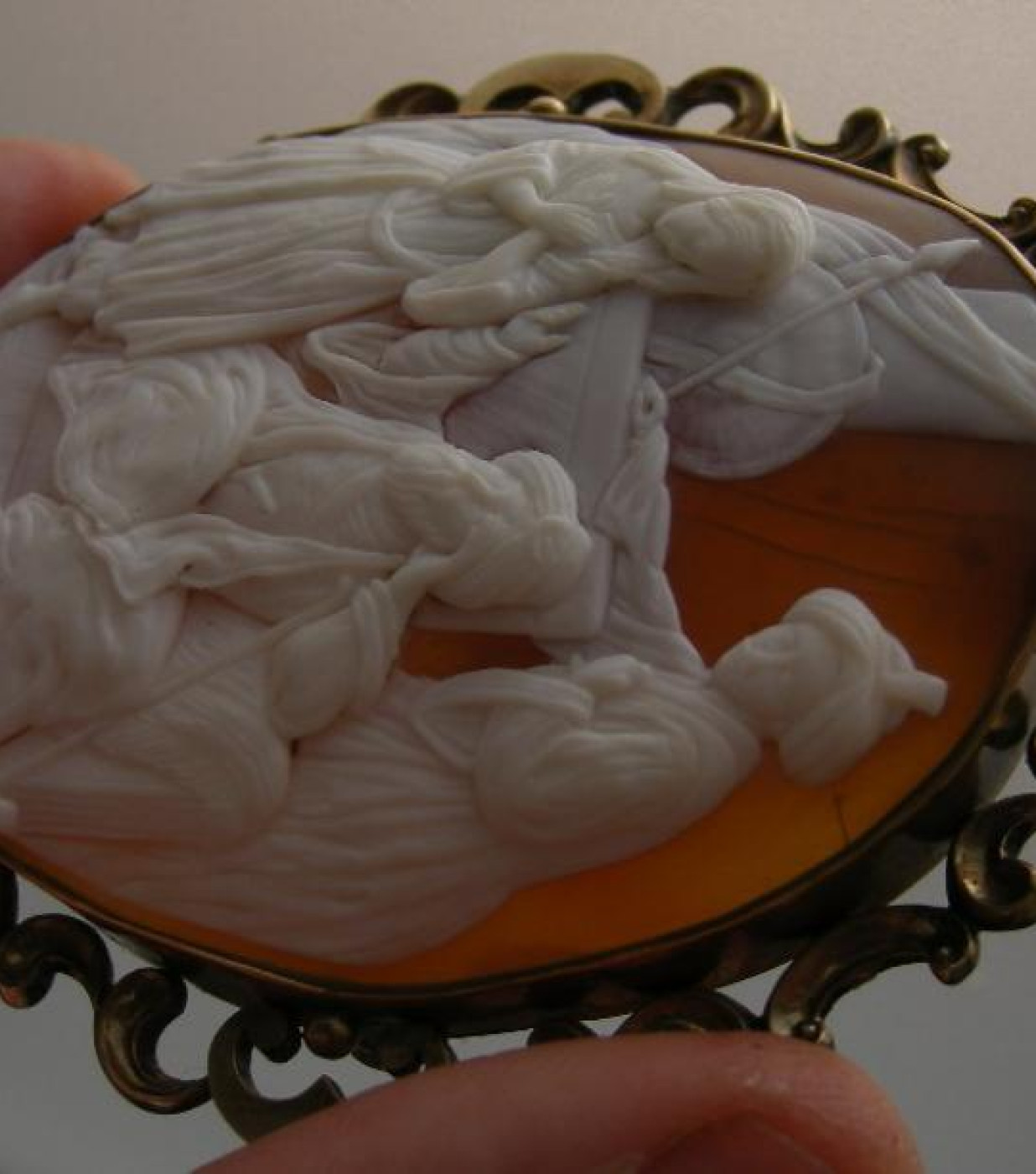 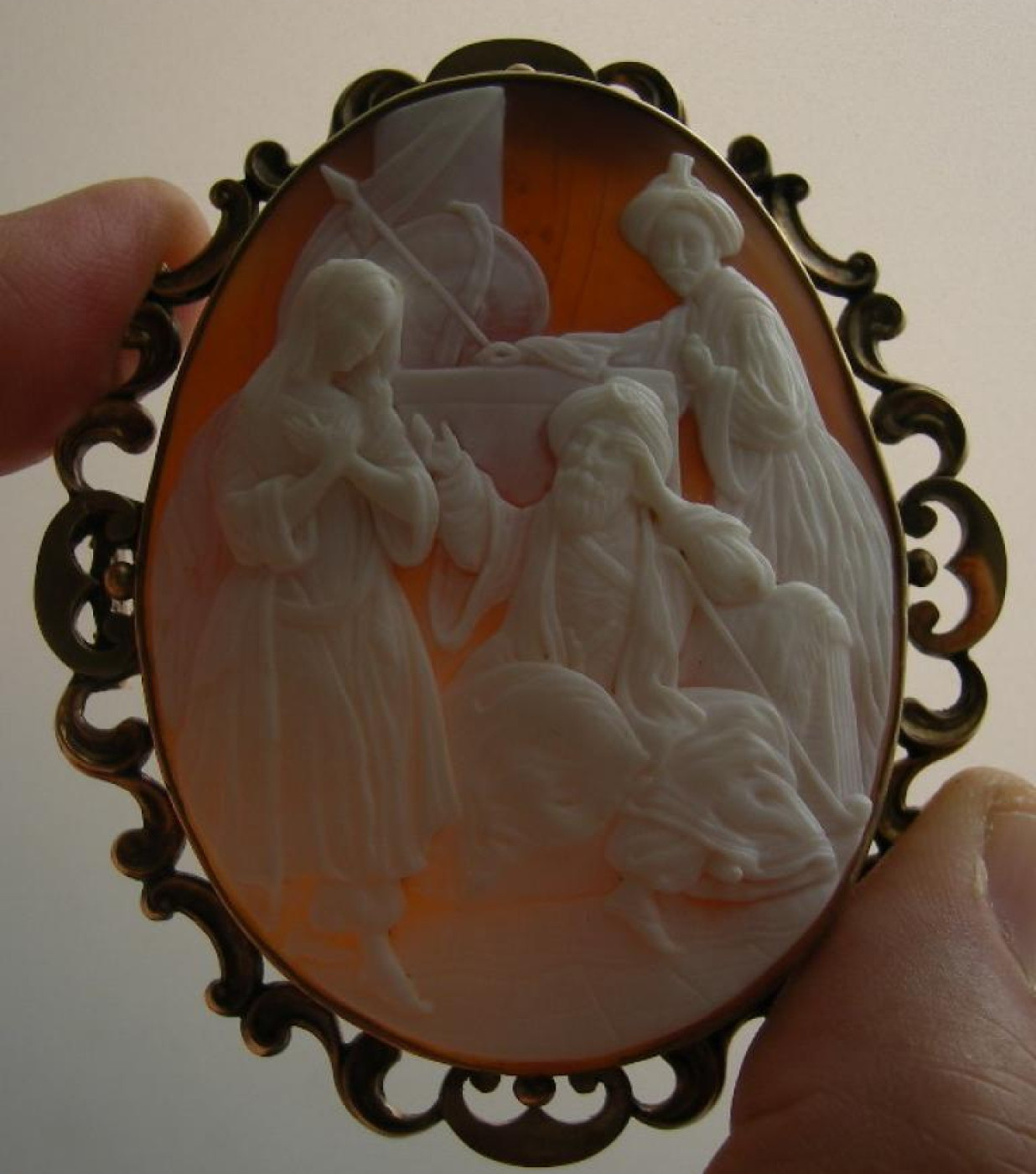 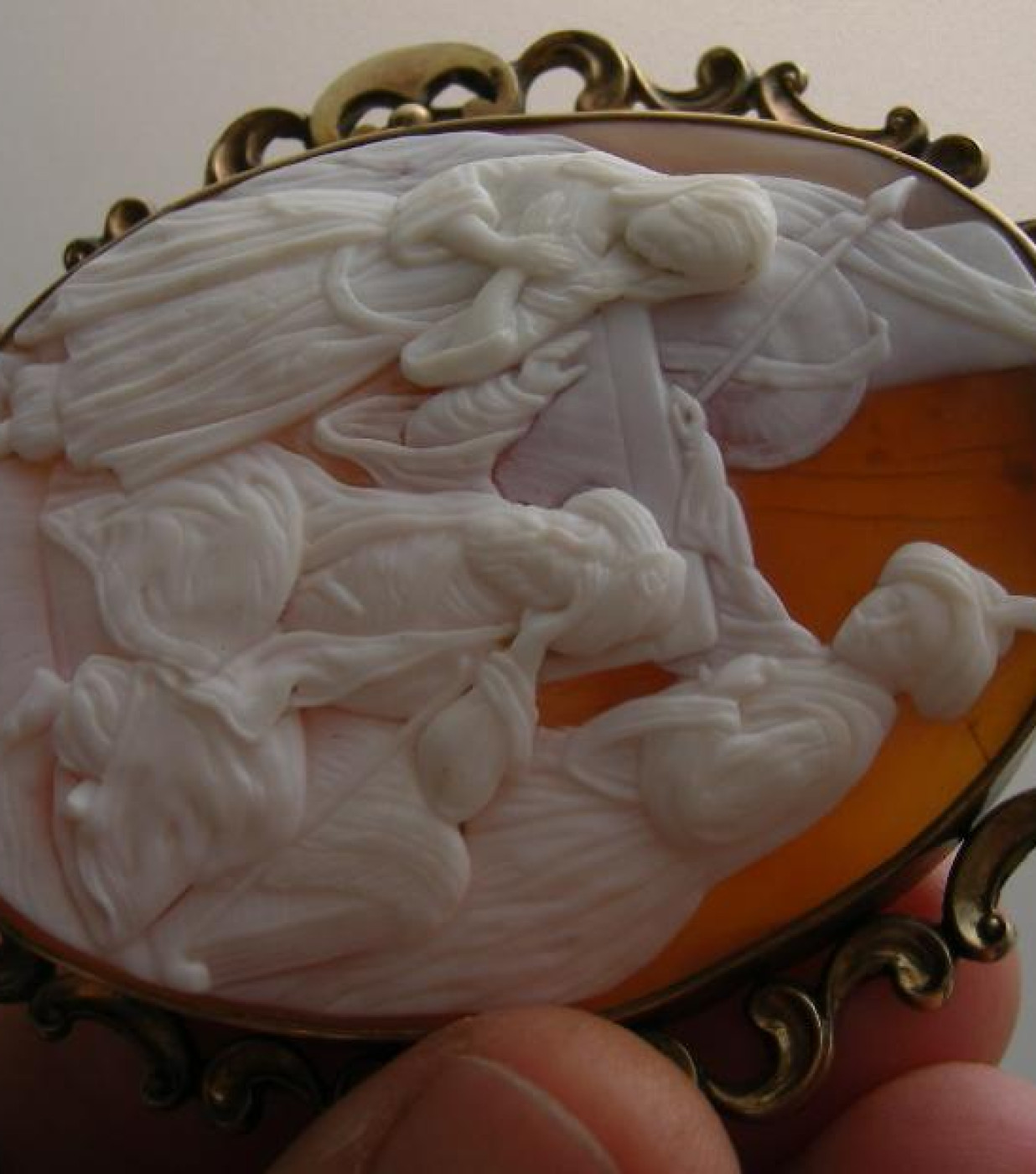 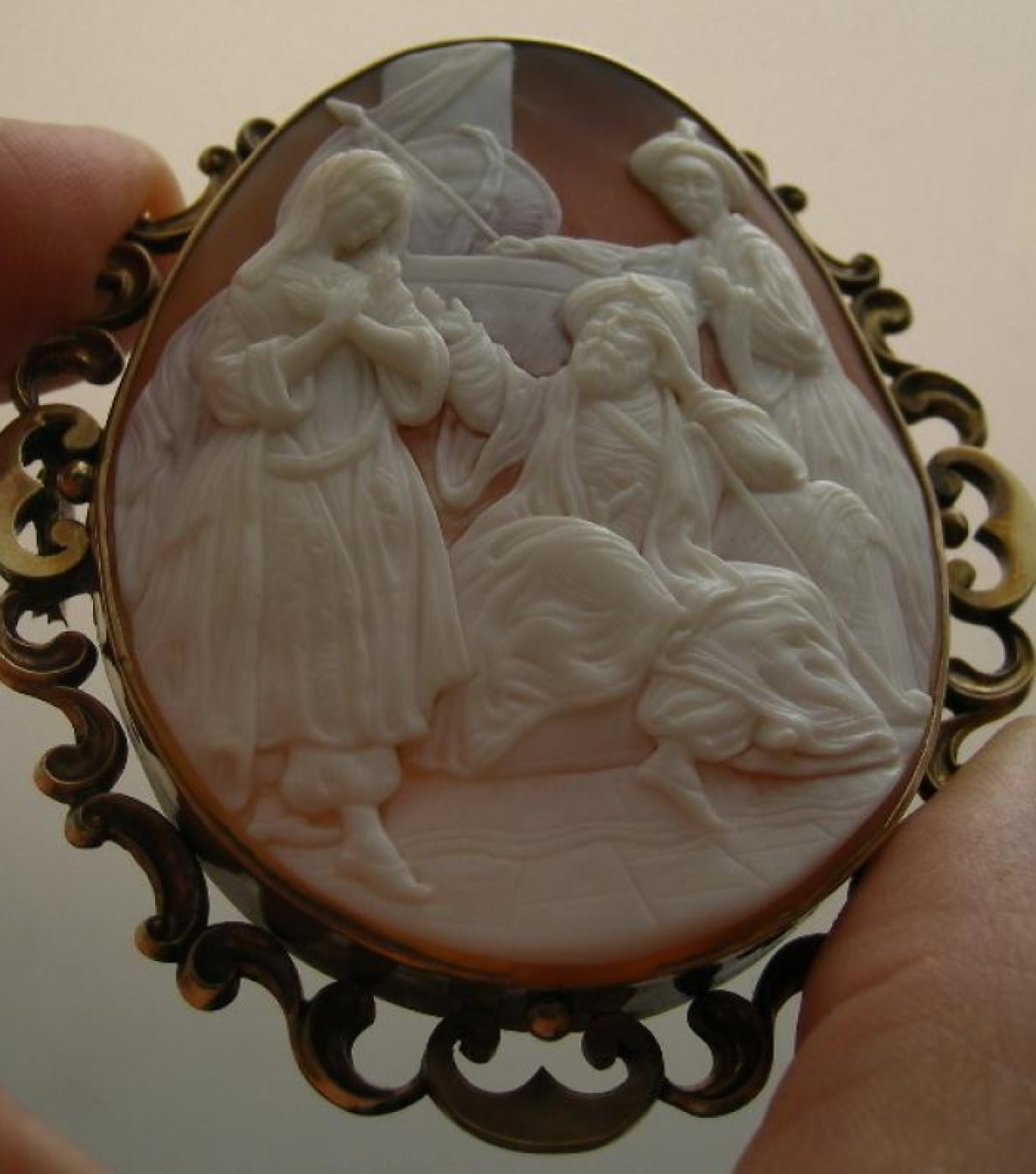 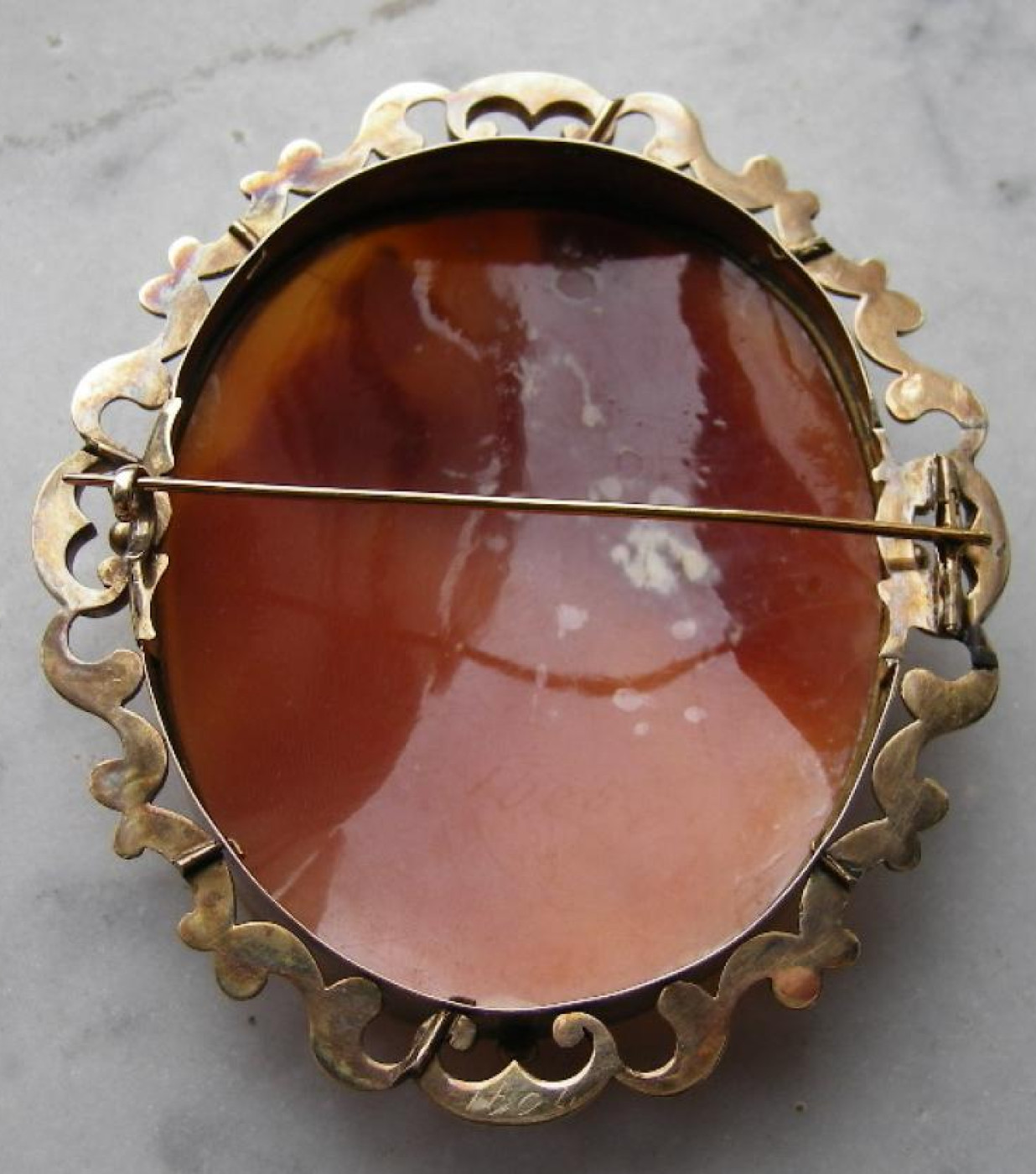 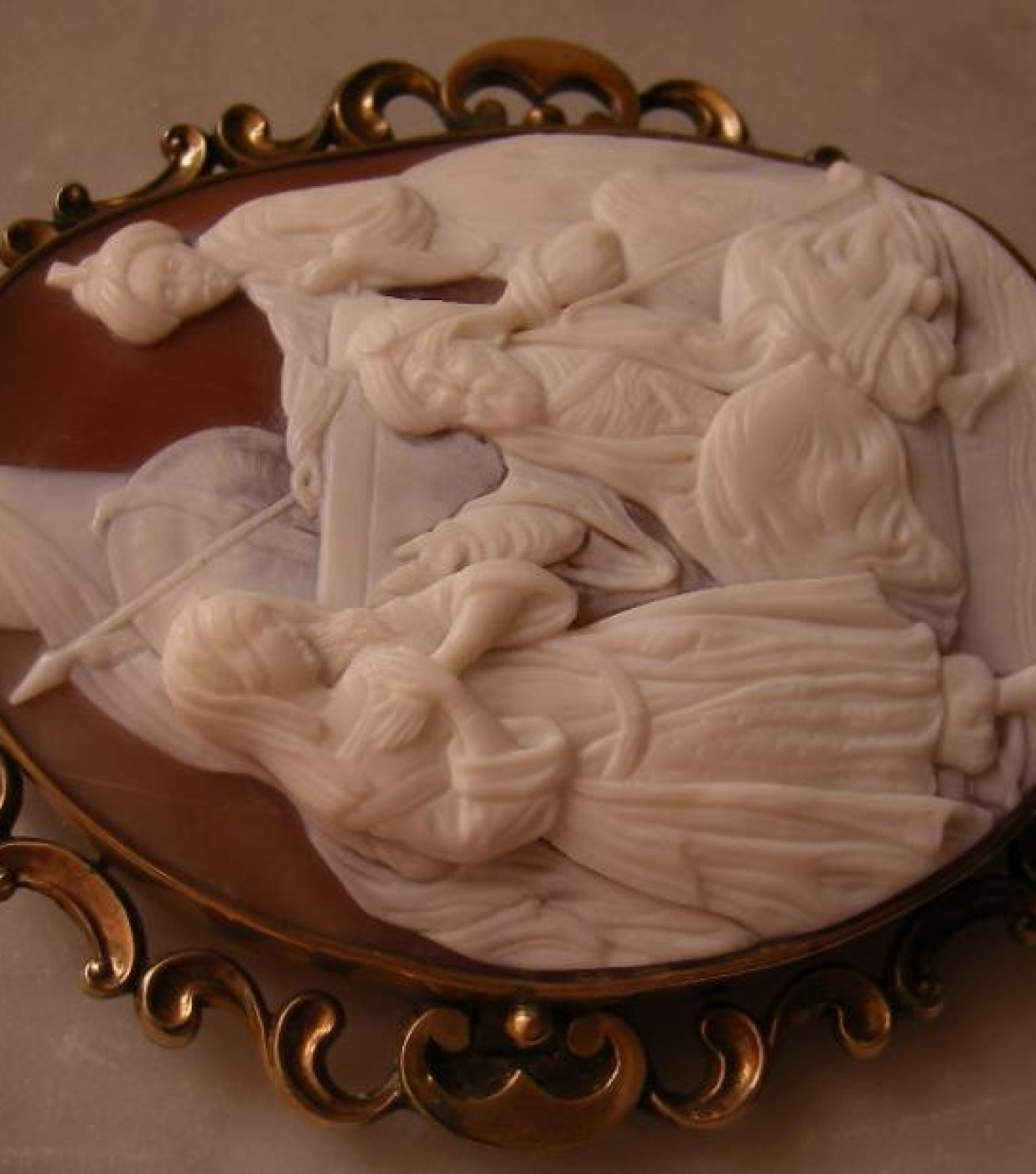 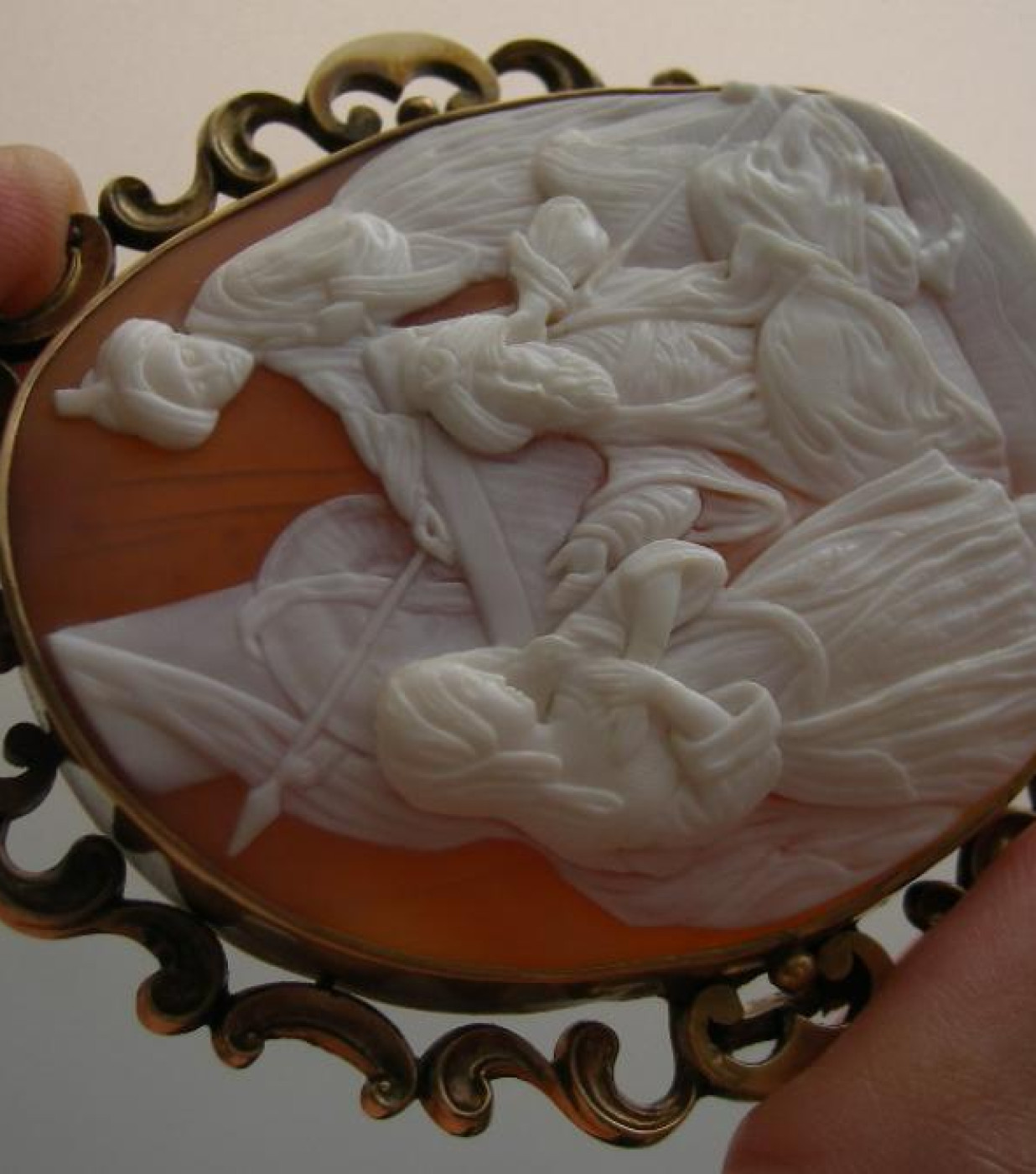 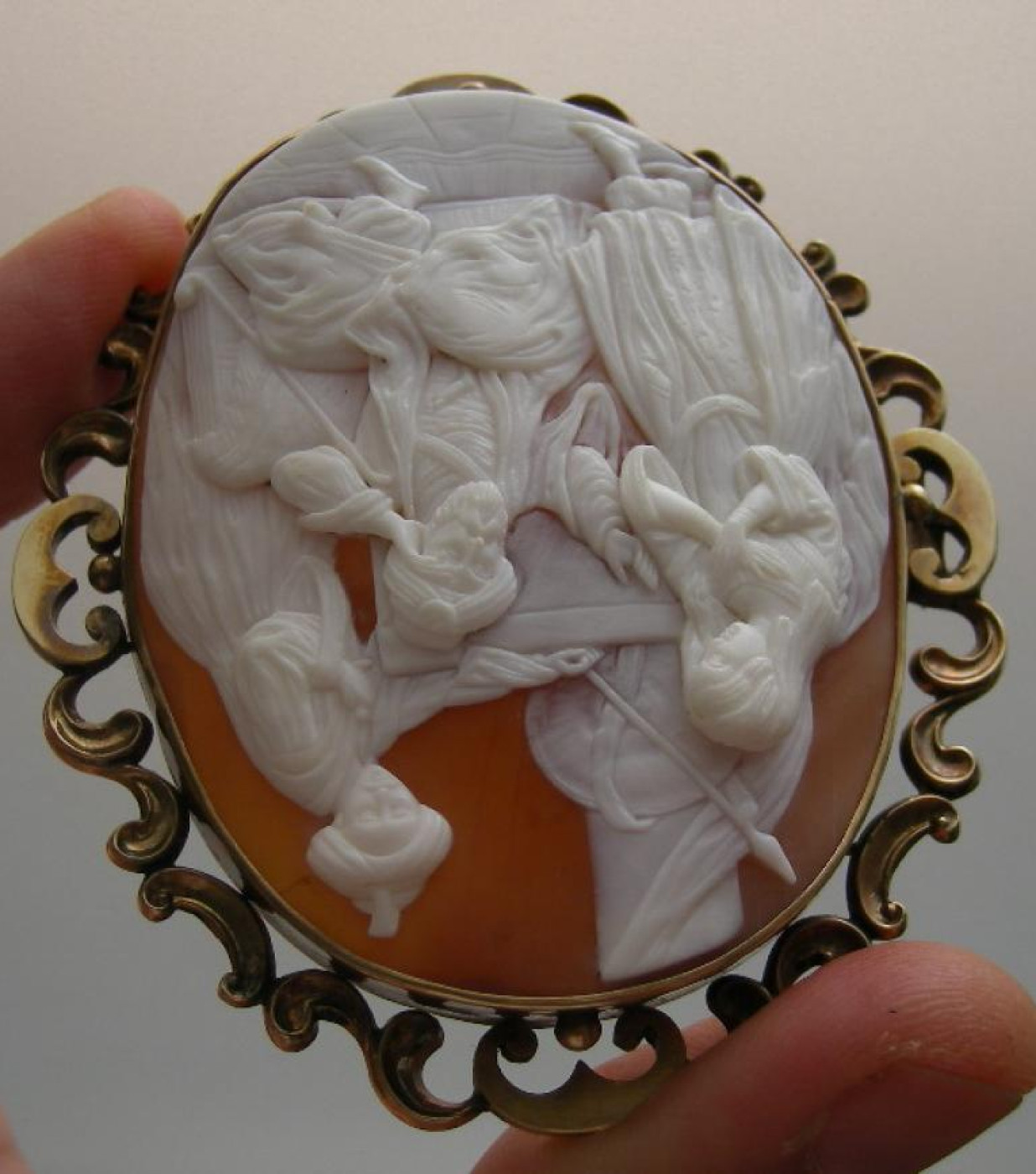 Museum Quality cameo depicting the biblical meeting of Rachel and Jacob. The figures are perfectly carved. Each detail in this cameo is amazing. The clothes worn by the three ones, their faces, each tiniest detail is masterly carved. Look at the right foot of Jacob that comes out from his long dress, simple incredible. From all these things you can understand the skill of the carver.  This subject seems to jump out from the shell, everything is so realistic,  this cameo seems just like a sculpture.  The frame is lovely too, so elaborate and wonderful. This is another masterly carved cameo. A very desirable collectors piece, rare and museum quality cameo.
A bit of History:

Rachel was the younger daughter of Laban, Jacob's uncle.  Jacob wanted to marry Rachel and Laban promised her hand if Jacob would work for him for seven years. After seven years Laban slipped Rachel's sister Leah into Jacob's tent in place of Rachel. When Jacob awoke and found himself married to Leah instead of Rachel, he had to work another seven years for Rachel. Rachel was Jacob's favourite wife. At first she had trouble bearing children so she gave her handmaiden Bilhah to Jacob for a concubine. But, later she bore two children, Joseph and Benjamin, who became Jacob's favourite sons. She died giving birth to Benjamin.