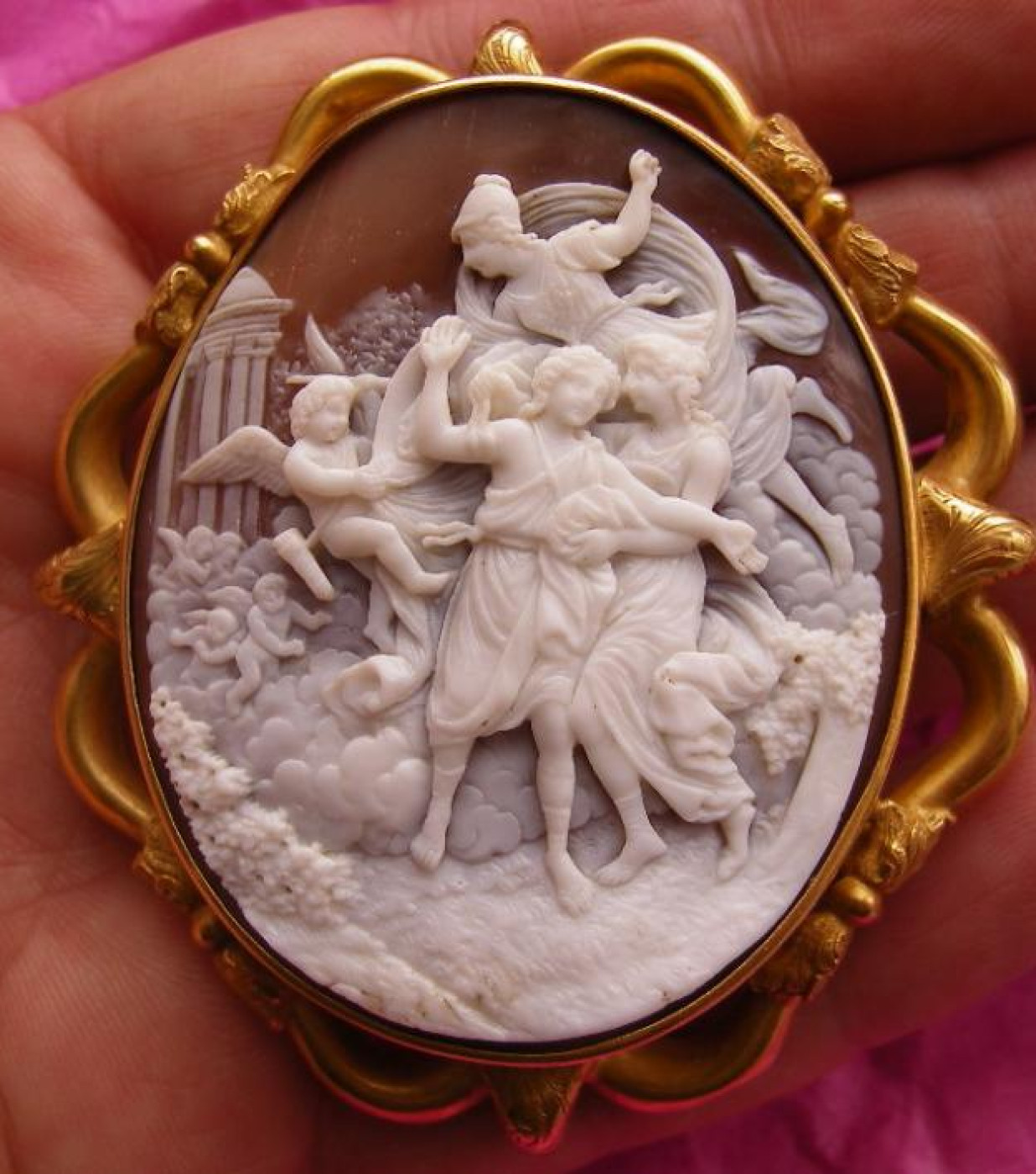 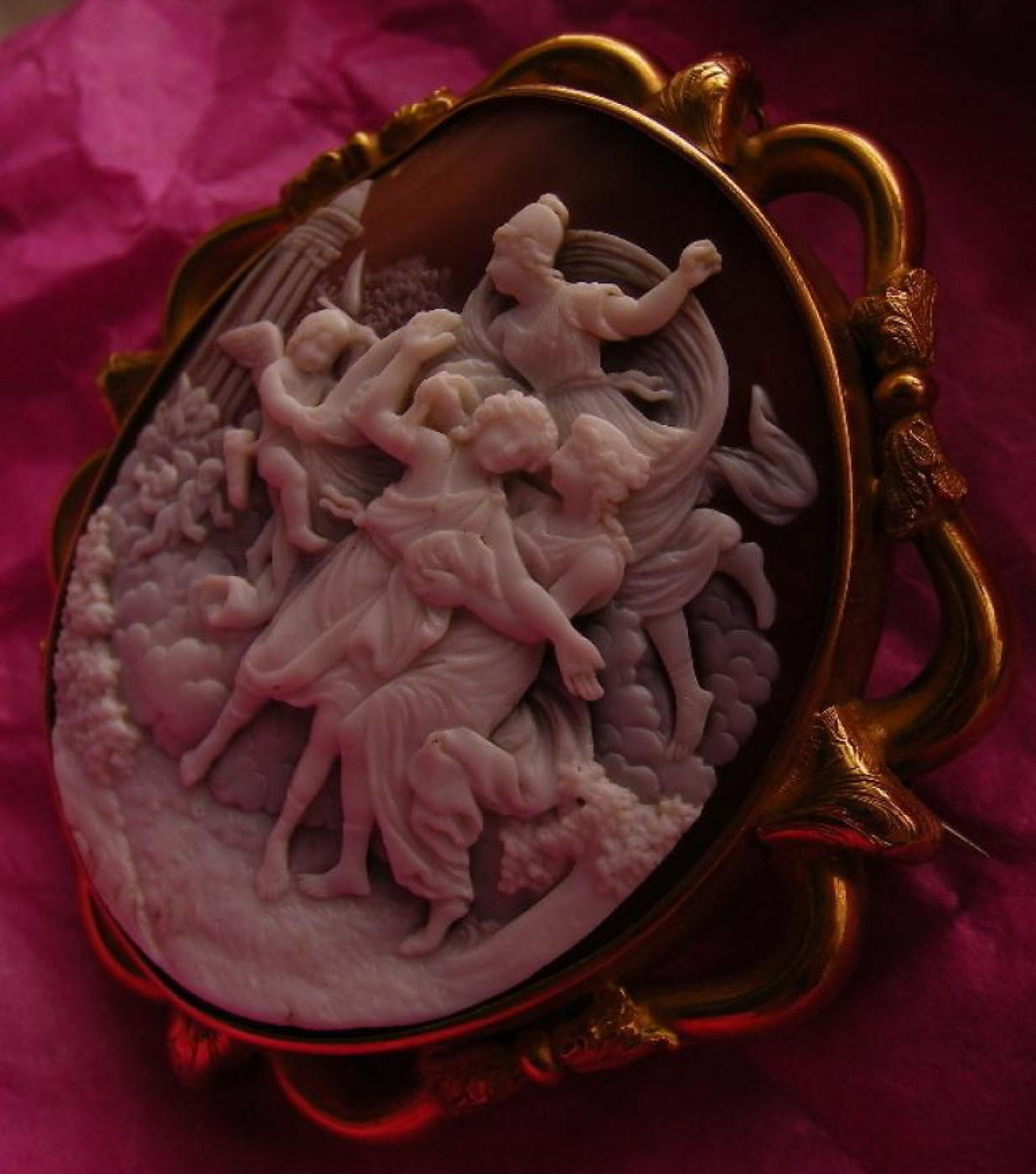 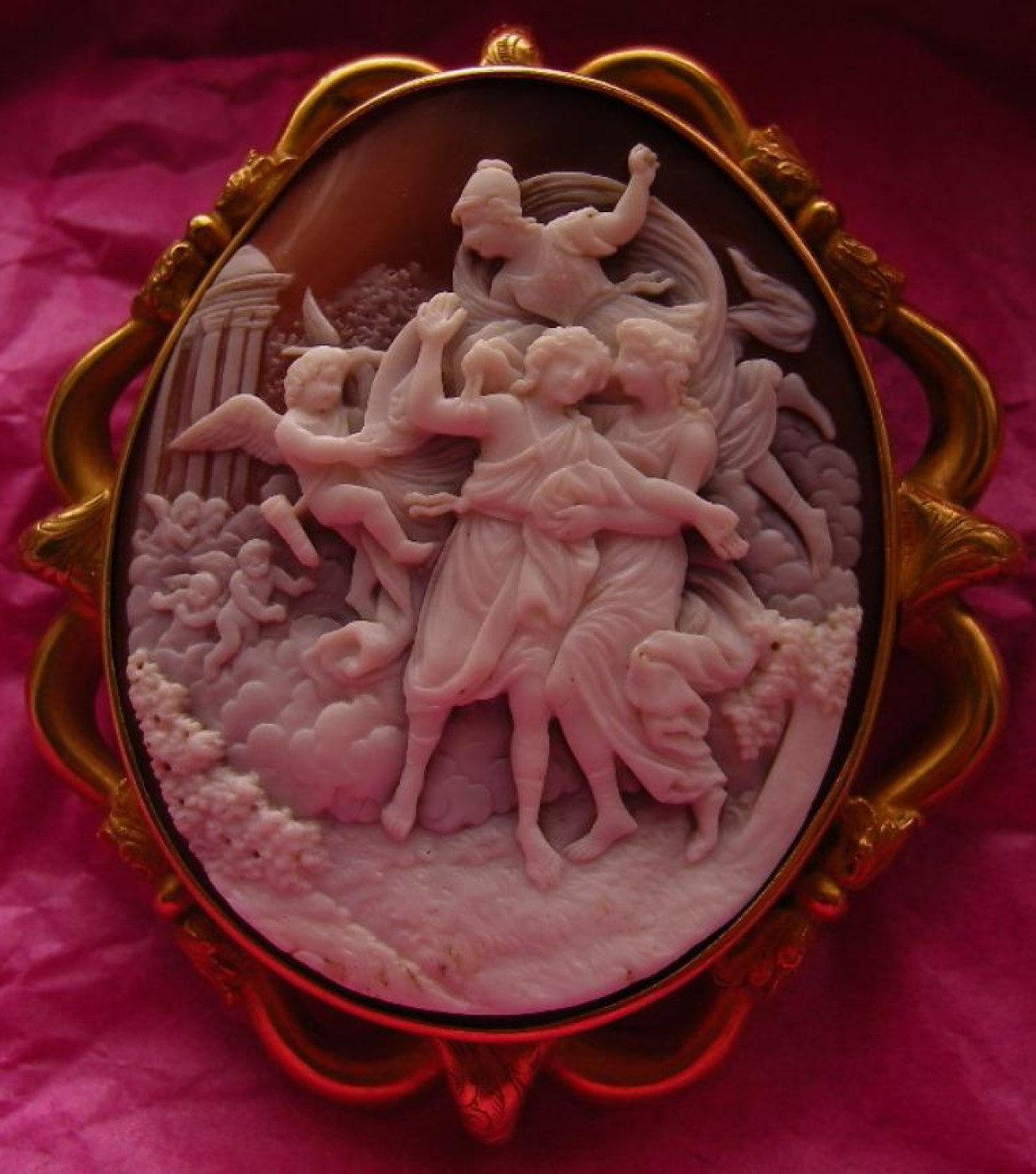 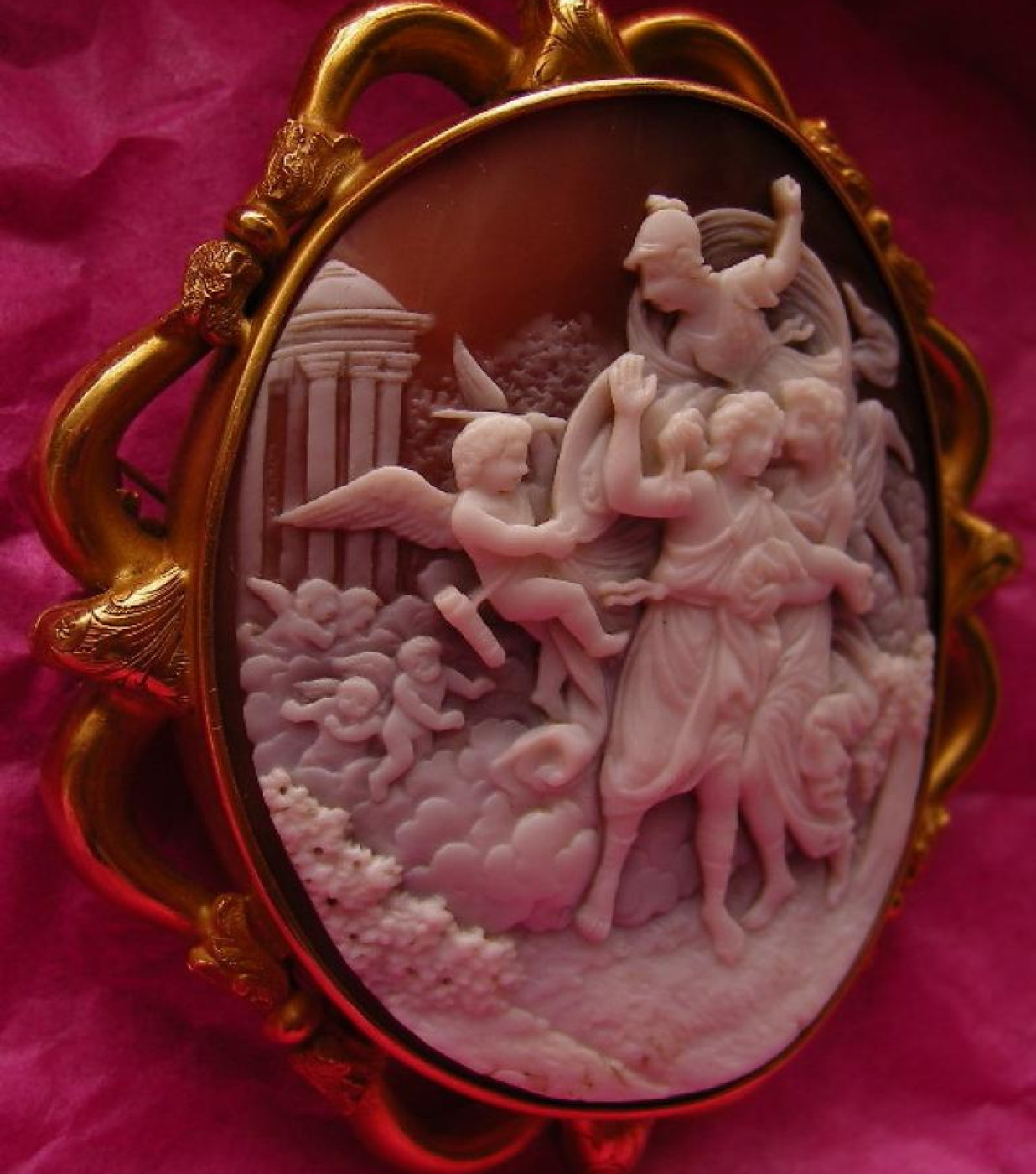 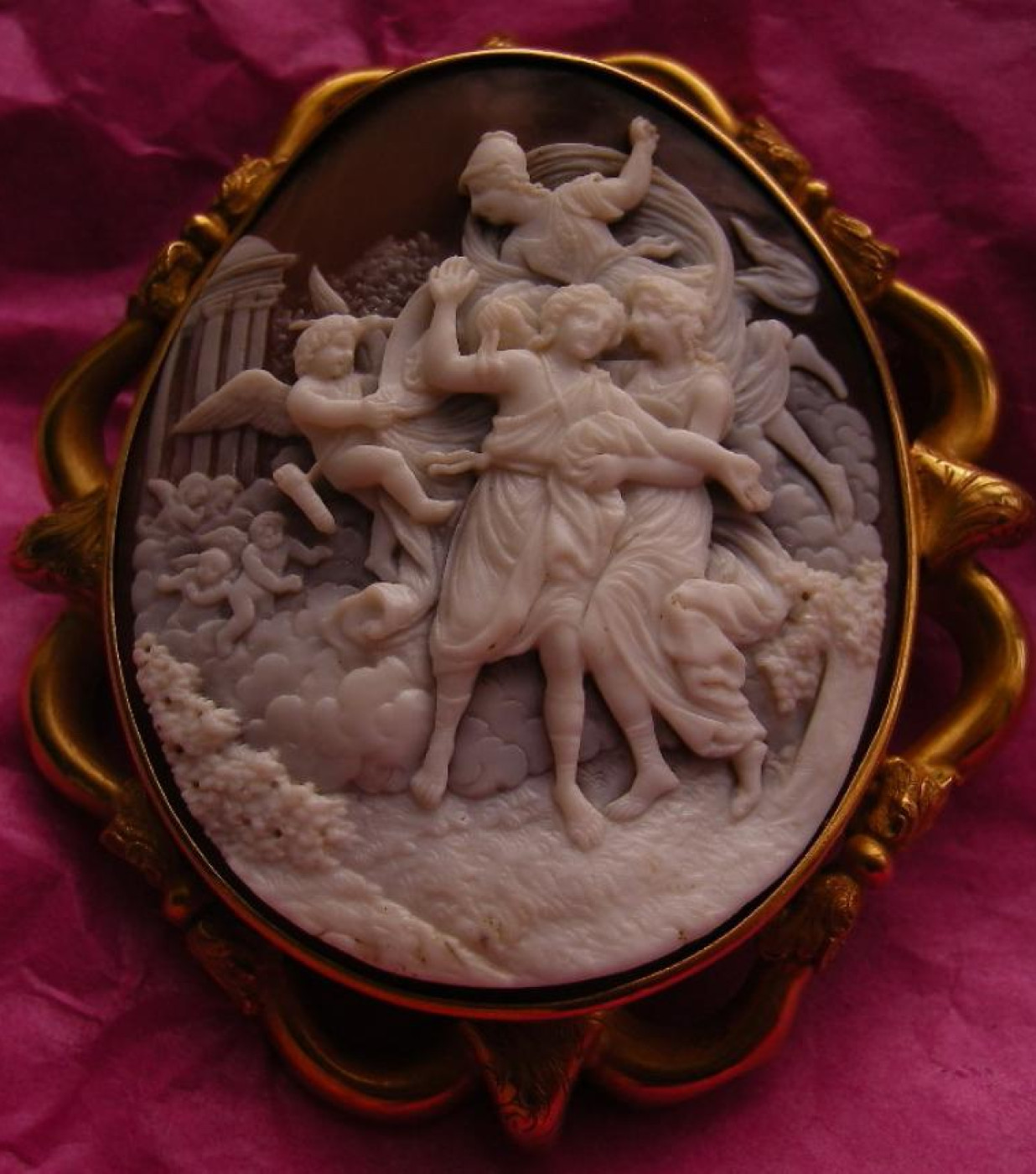 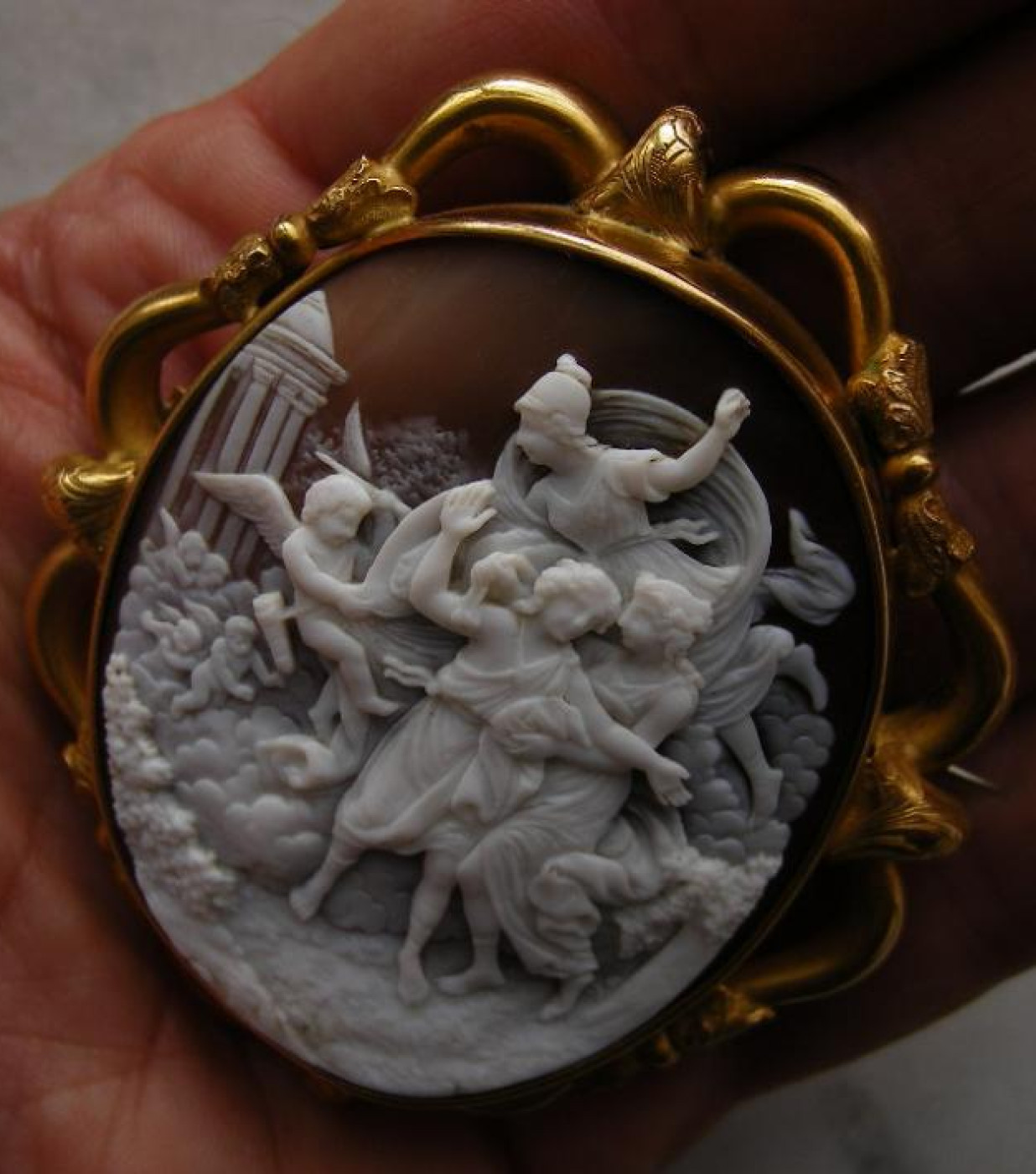 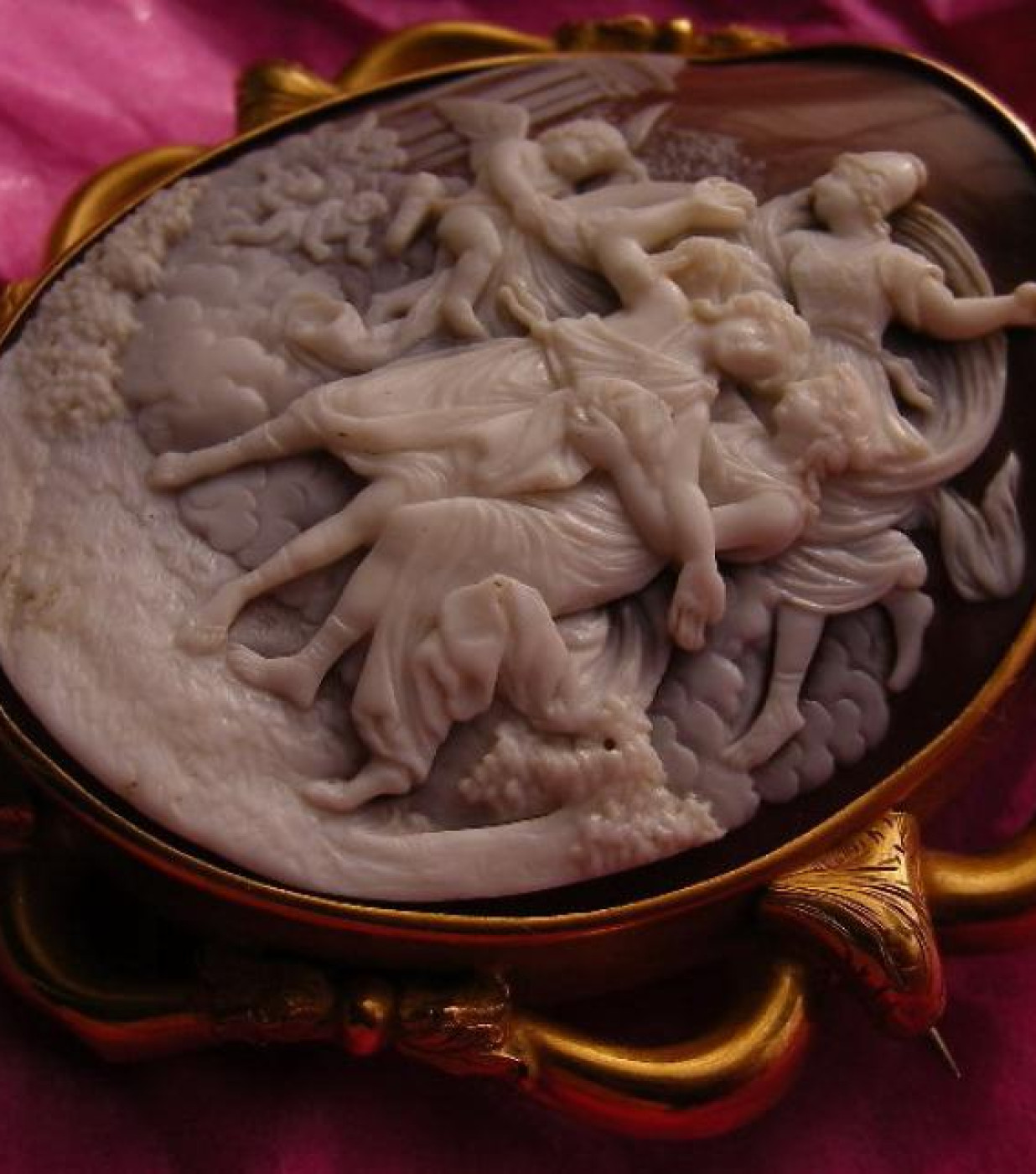 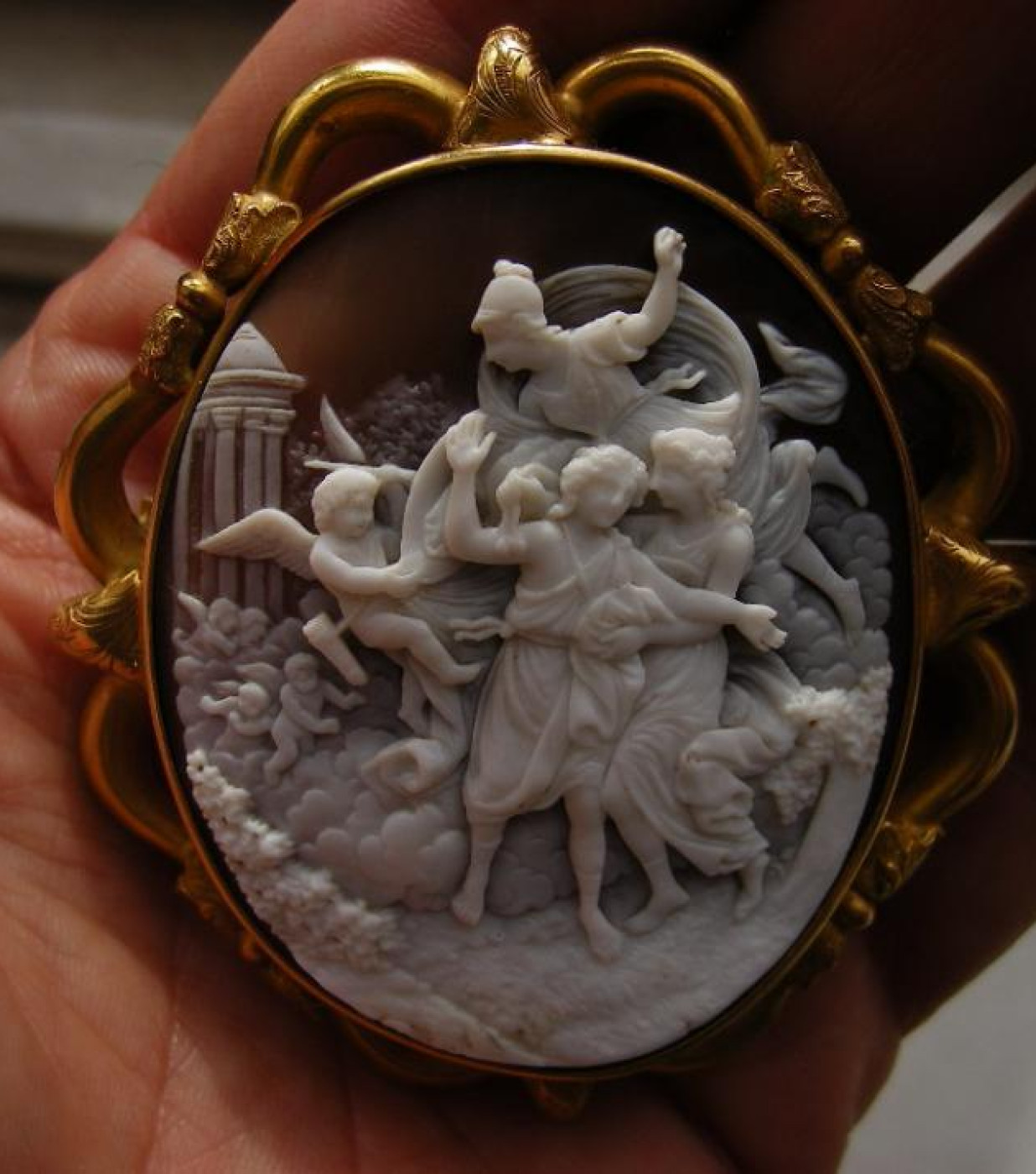 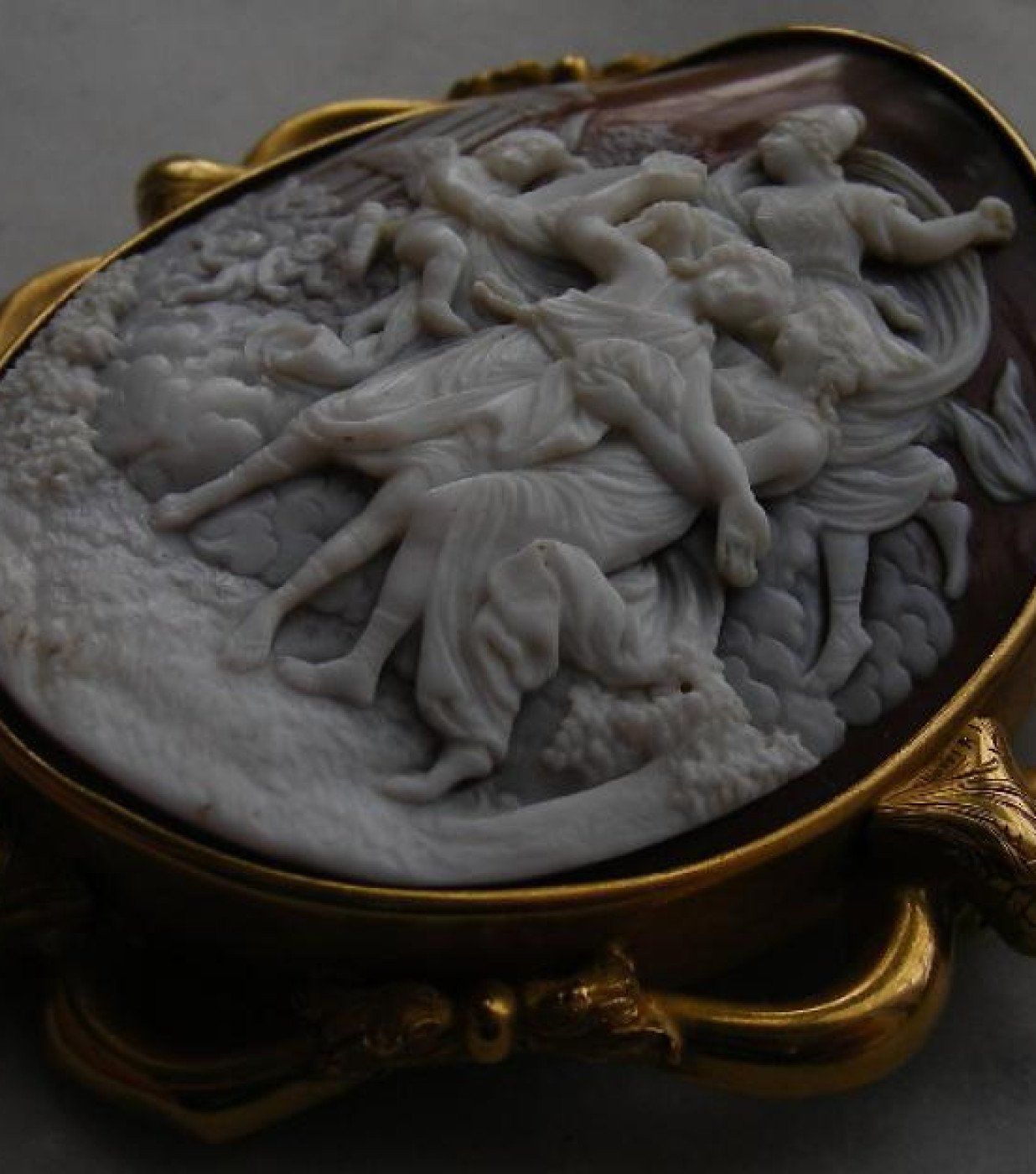 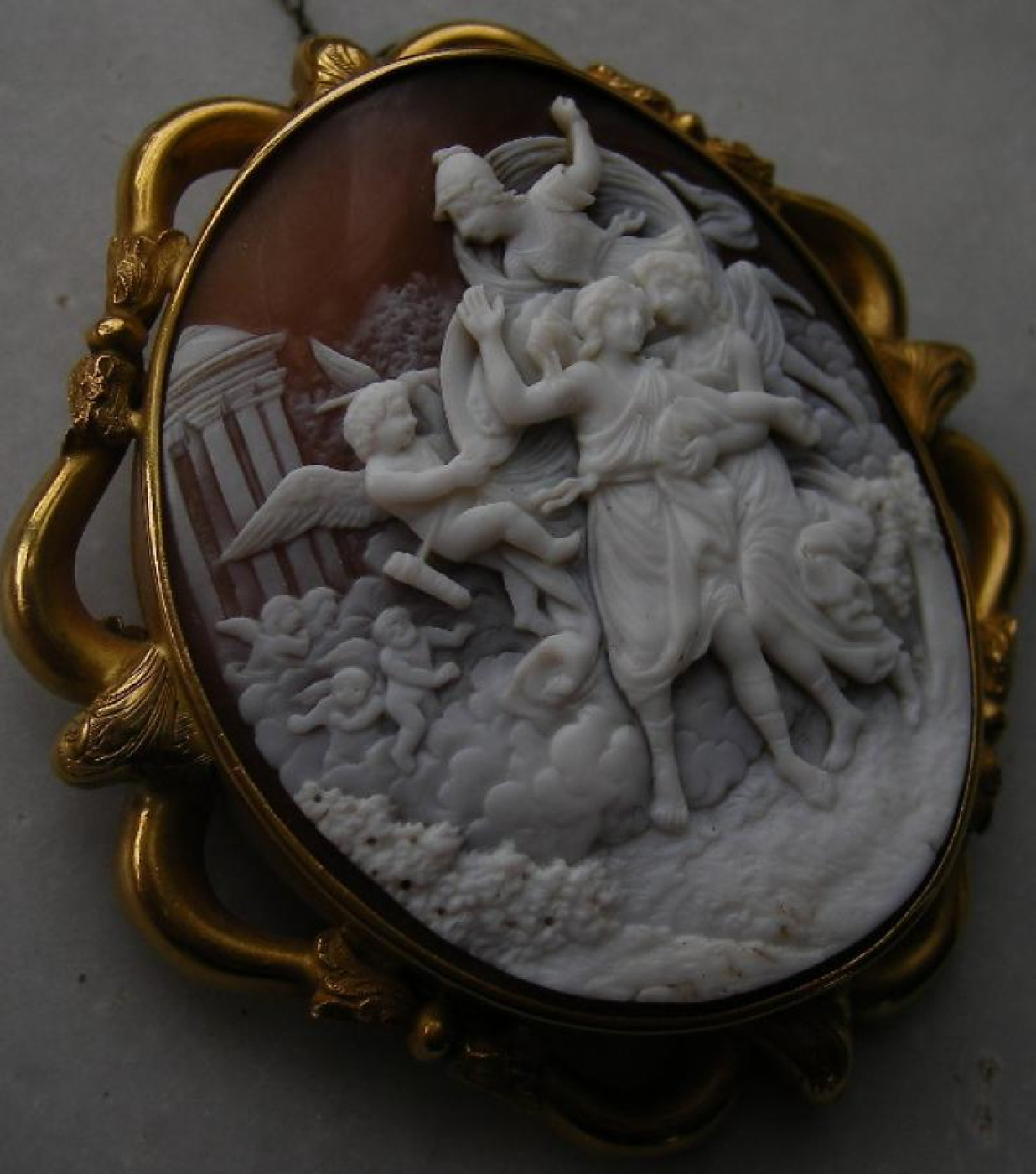 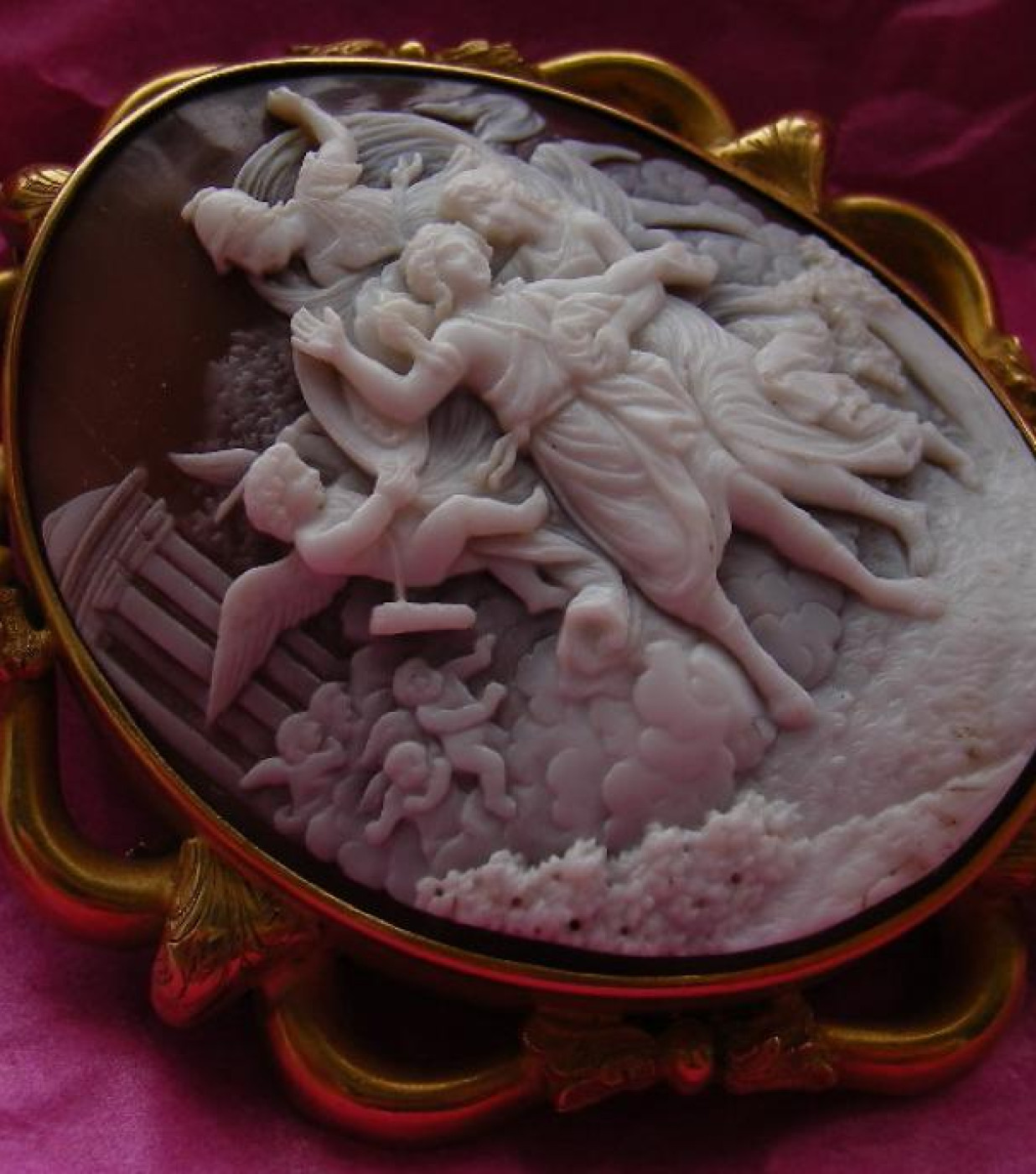 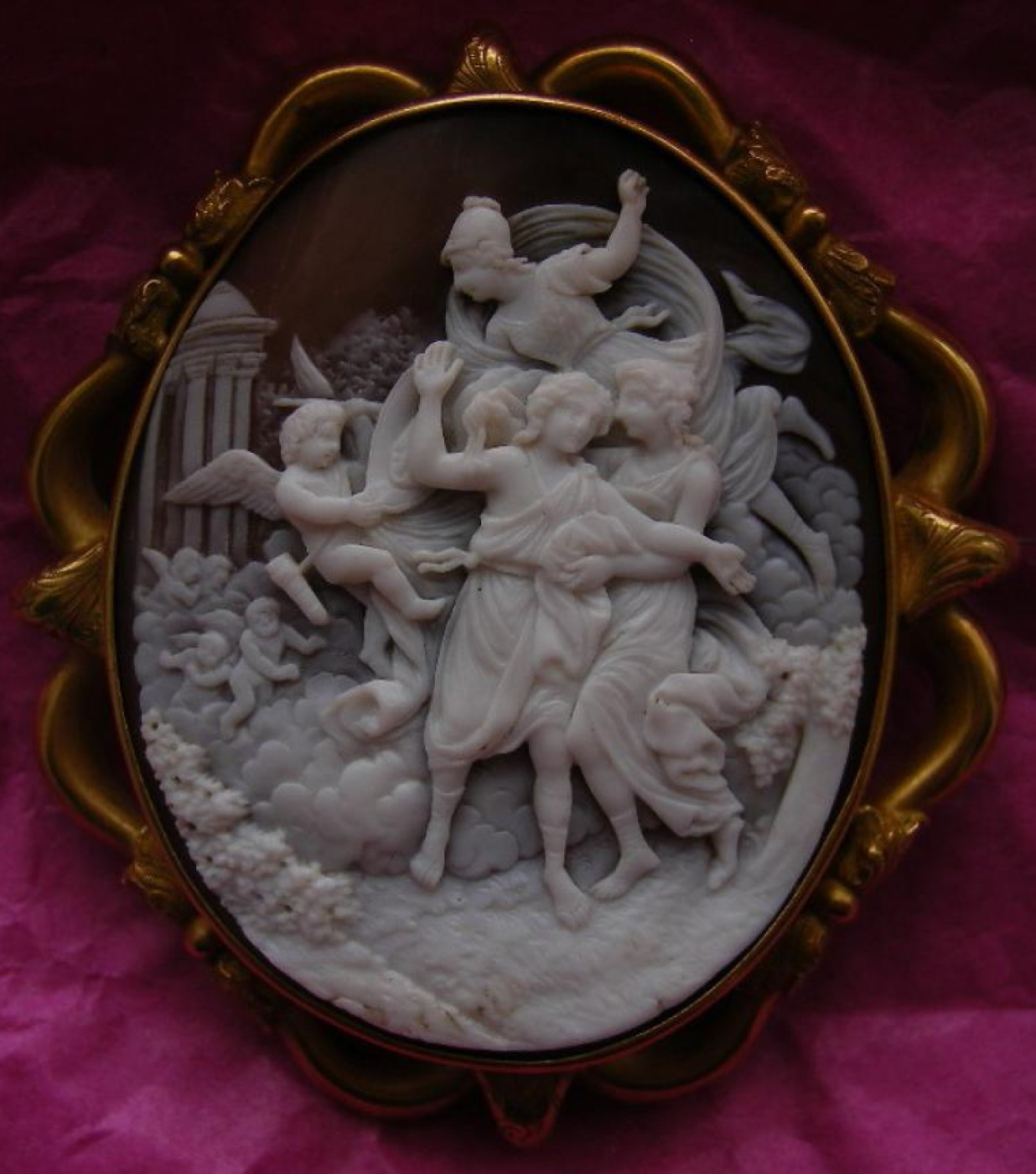 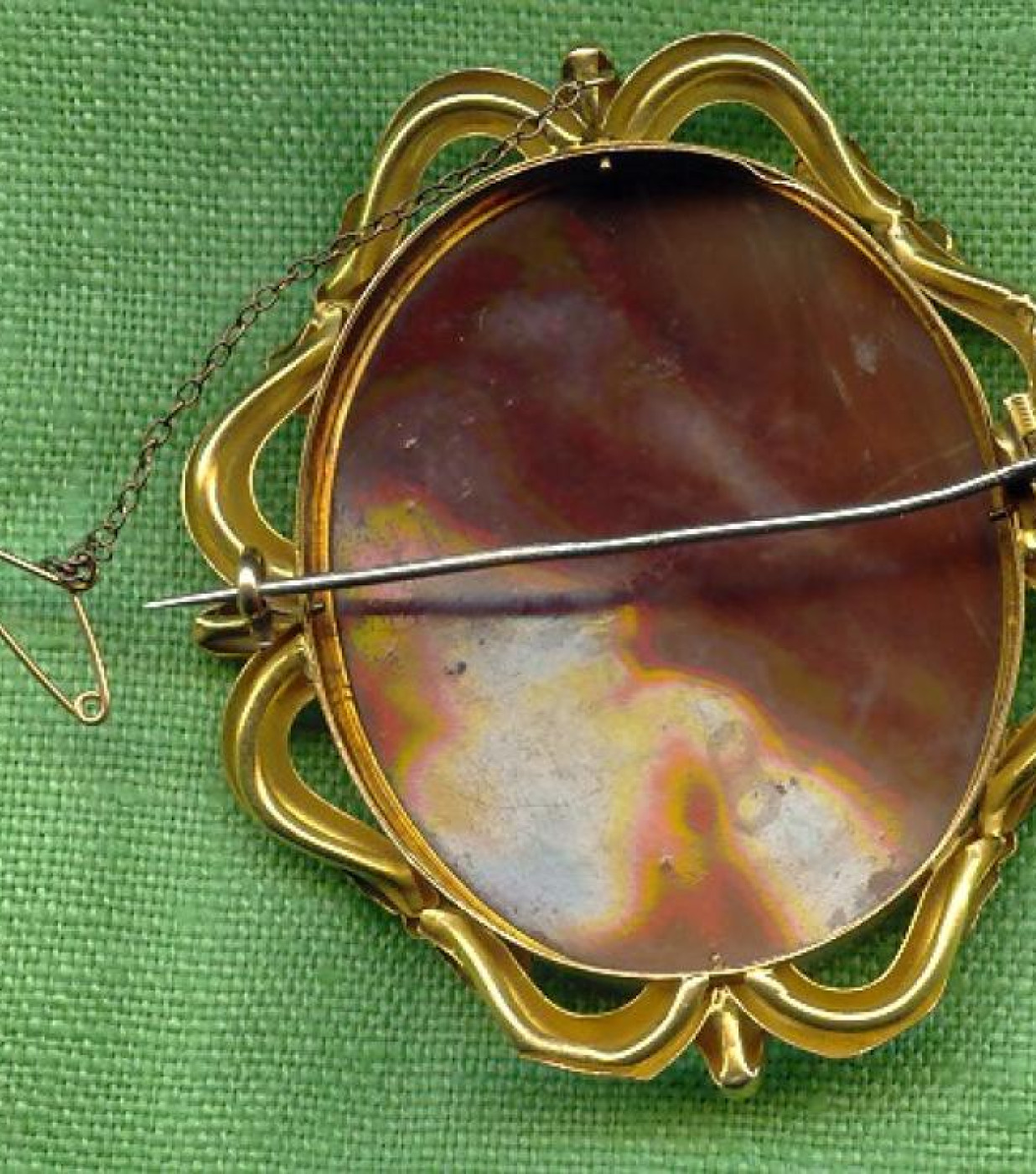 This is a more than Museum Quality cameo.After a long researches I have finally discovered what the cameo depicts From the book "The Metamorphosis" ( Book 4th - Episody: Perseus and Medusa) by Ovidio. Publius Ovidius Naso (March 20, 43 BC – 17 AD) was a Roman poet known to the English-speaking world as Ovid who wrote on topics of love, abandoned women and mythological transformations. "Perseus promised to the King Polidette the head of Medusa as a wedding gift, the King sure that Perseus would be not able to kill Medusa, accepted. Perseus was helped by Athena who gave him a shield; by nynphs which gave him winged sandals, a "kirbis" (that is a leather small purse used to store water in) probably to put in the blood of Medusa, the cloak of invisibility and by Hermes, a small sickle. Perseus looking at Medusa reflected in the shield, avoiding her look that was able to petrify every man, was able to kill her. After he cut her head, that kept its petrifying power, from her blood was born Pegasus, the mythic winged horse." In the cameo scene is depicted the dressing of Perseus, with Athena flying above him and giving him the shield. A nynph on his side dressing him with the cloak of invisibility and a putto on the other side holding, other than the shield, a little sickle and there is too a wing that I think could be a part of the winged sandals from Hermes.  The cameo is very large, 6,5 cm by 6 cm the mounting is superb, 15 kt gold, but the carving is incredible, very detailed in each smallest particular, the scenic cameos are more valuable than ones showing a face or an half body, this carver was with no doubt one of the best of his era, he was able to show everything with fine and crisp details. There is a couple of very tiny stress line, nothing of noticeable, the left hand thumb is partially missed, even this is visible only under a loupe, they don't detract anything from its value. A  very desiderable cameo for any collector.