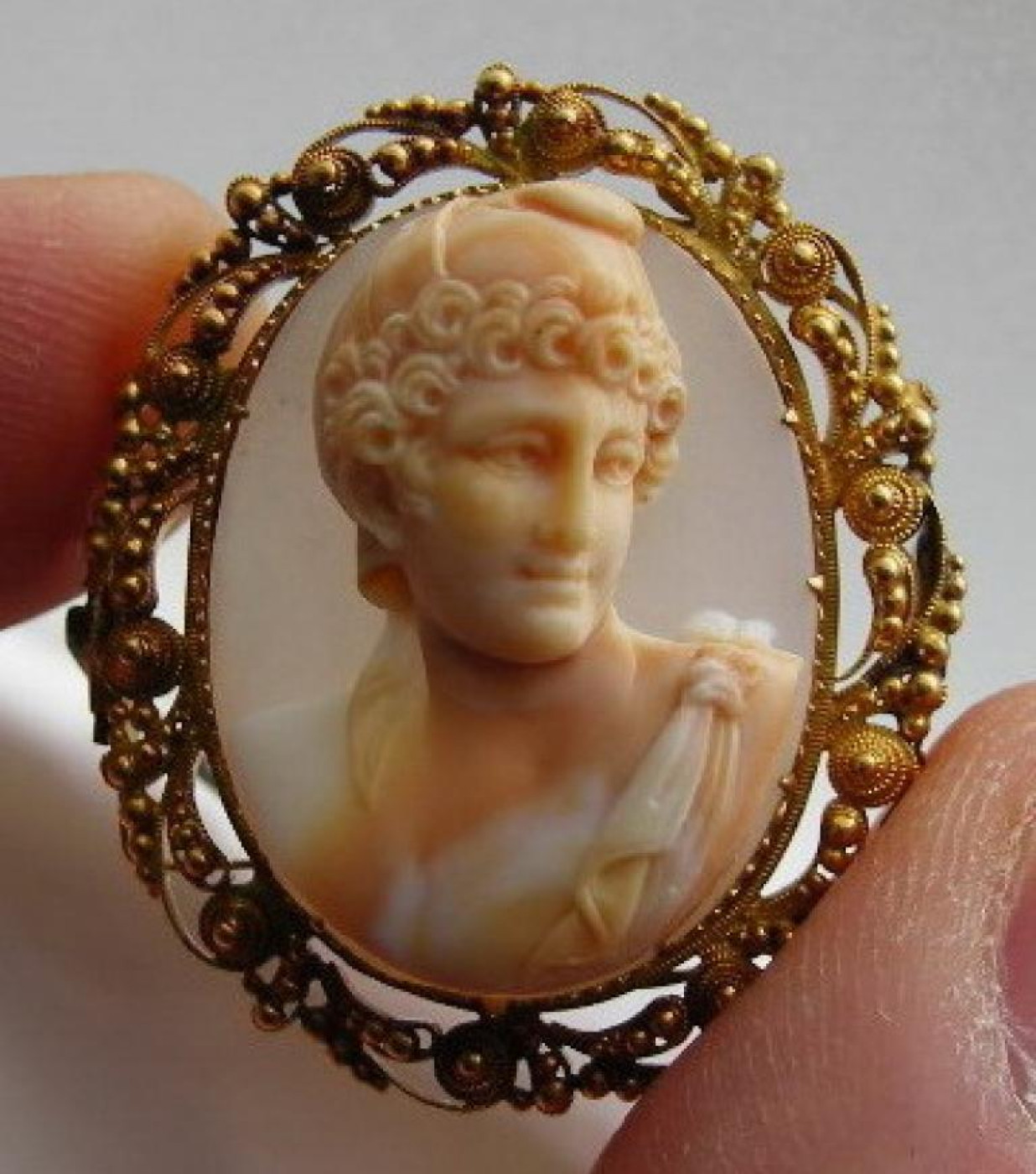 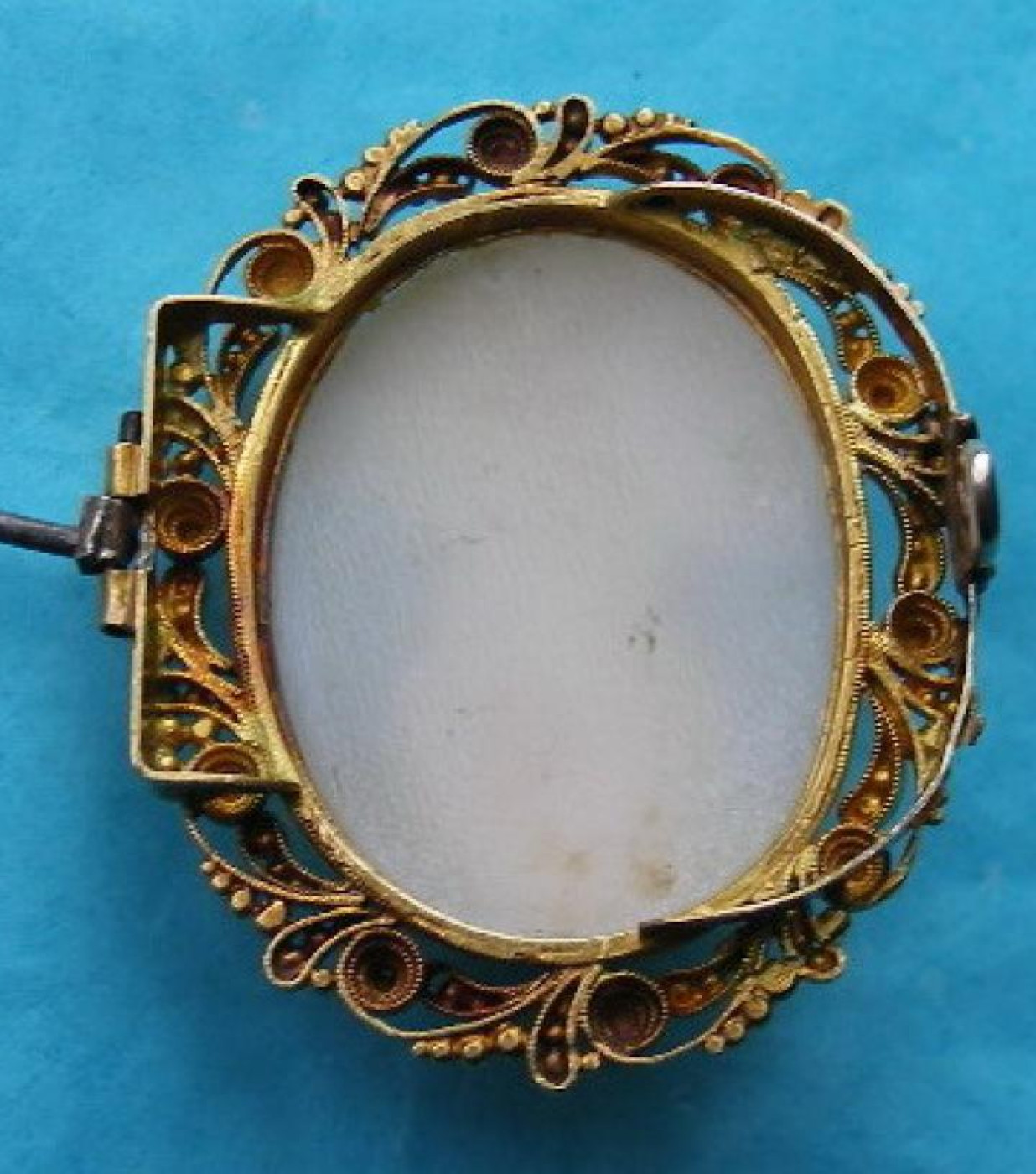 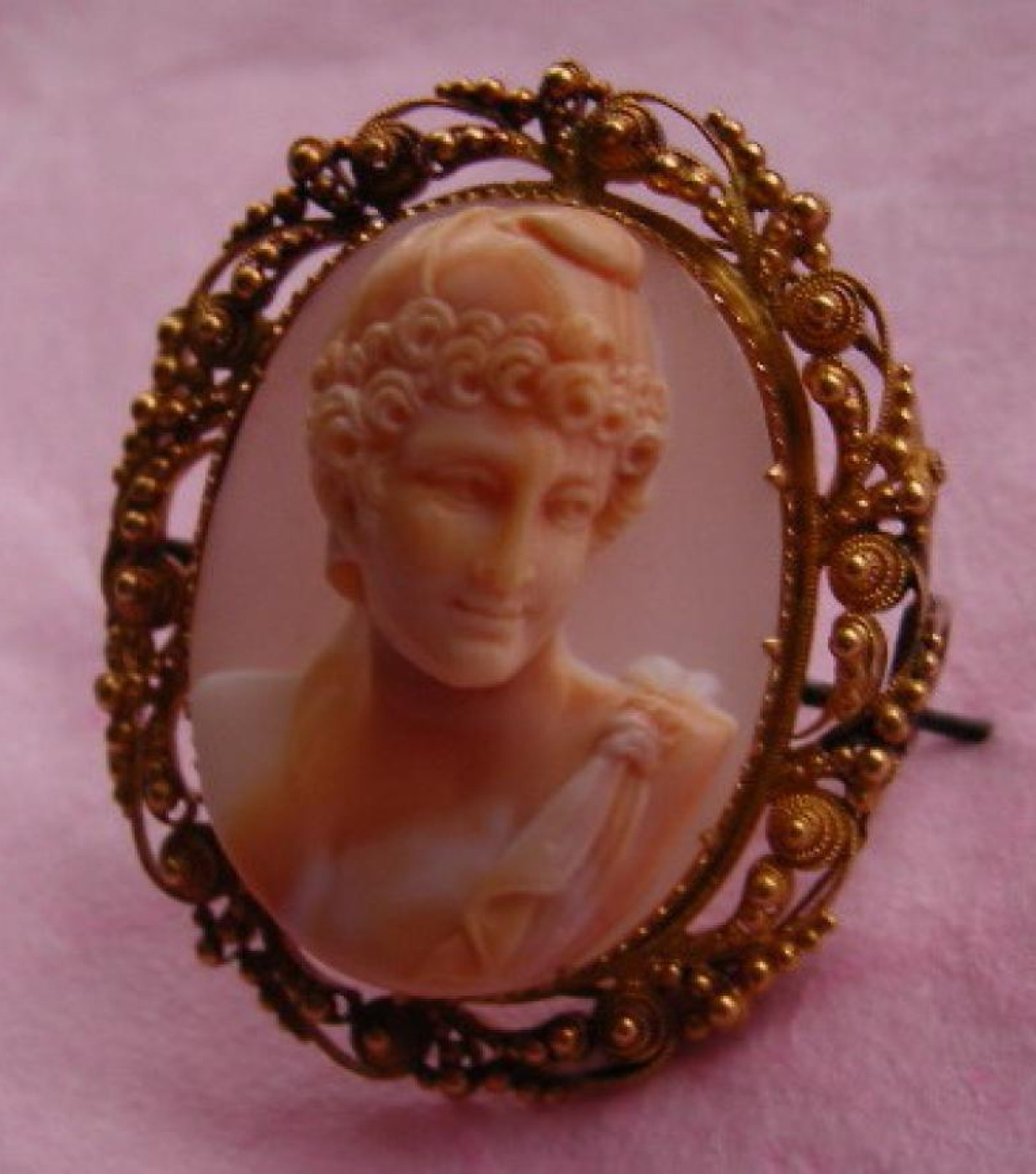 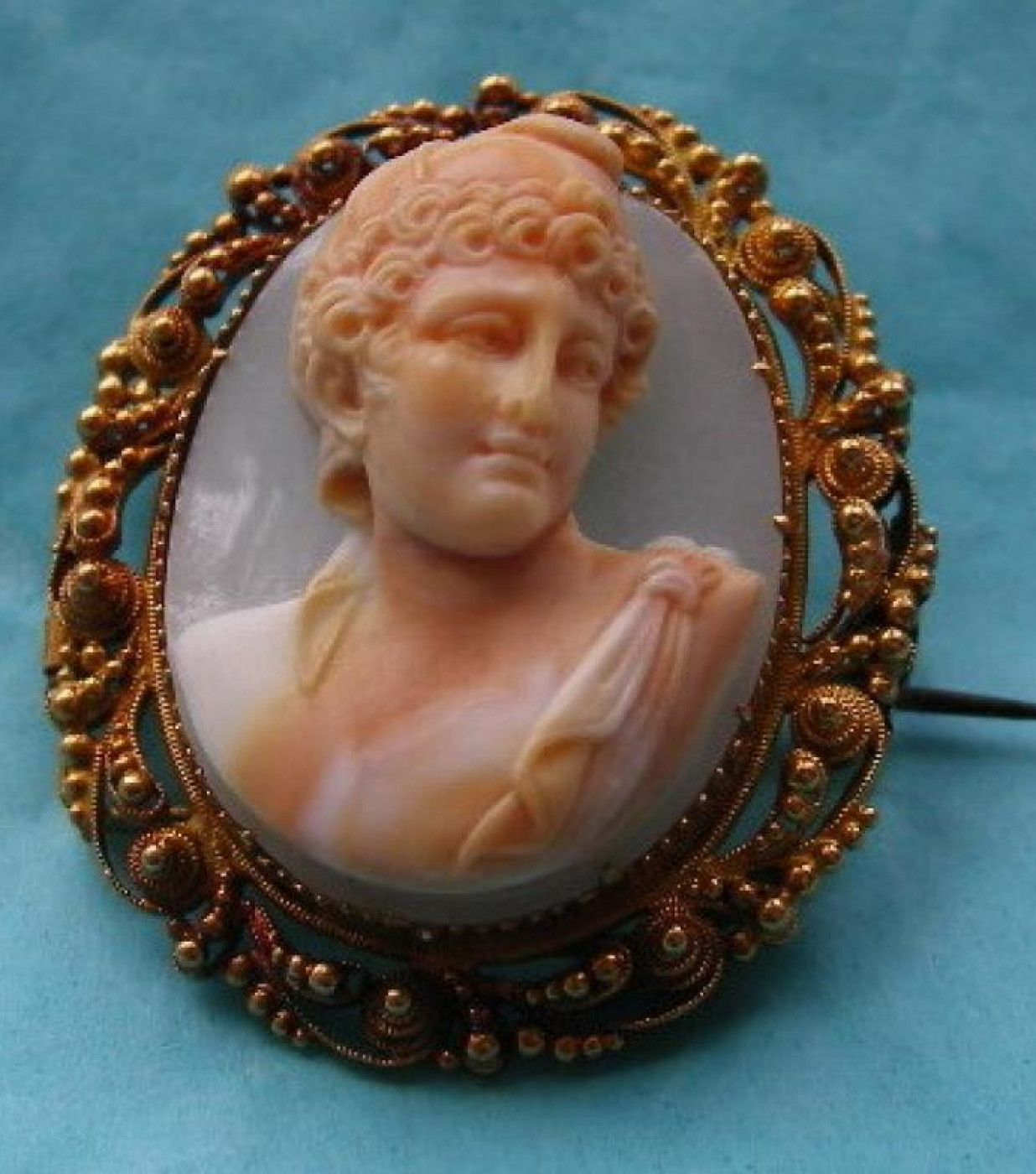 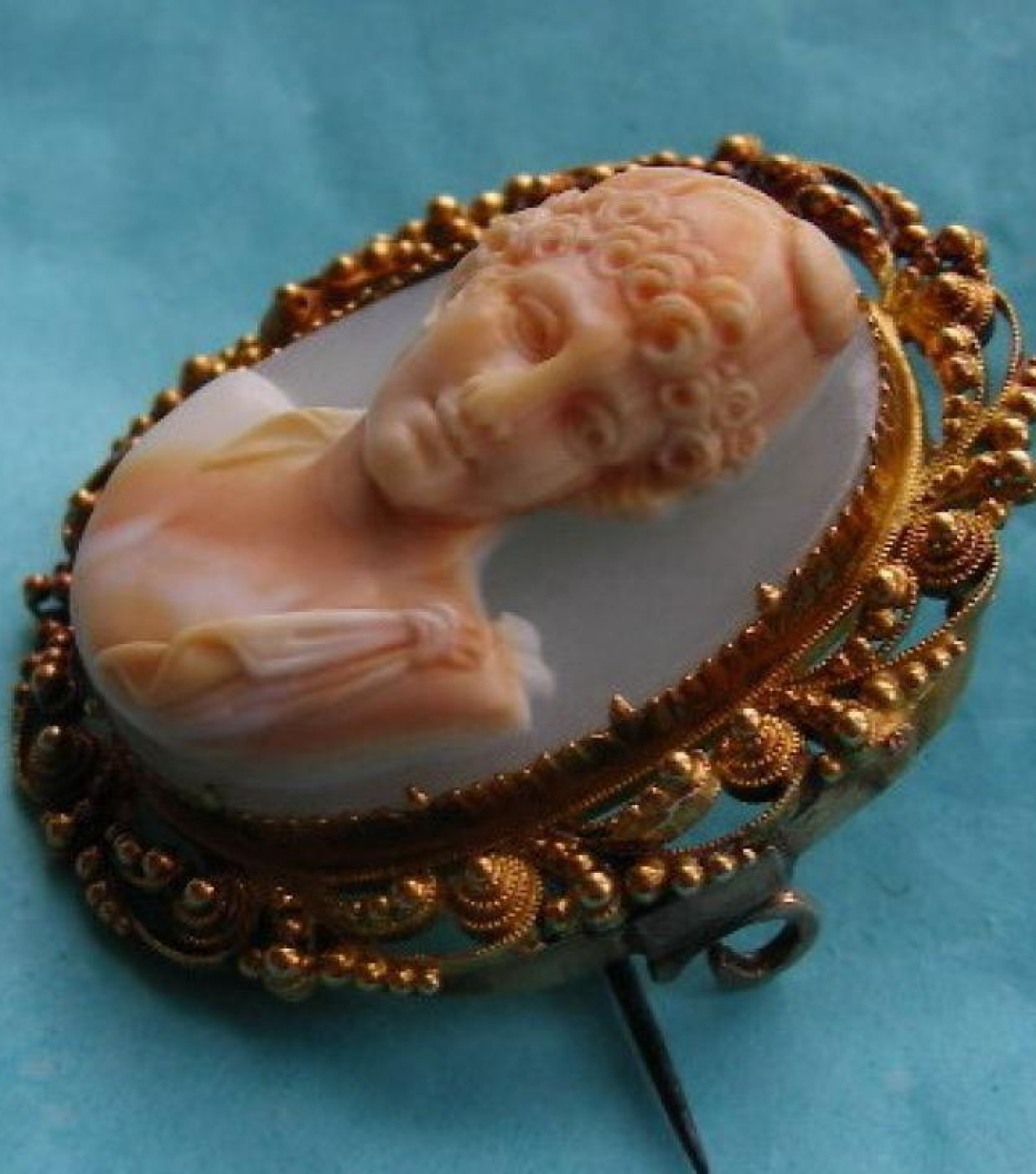 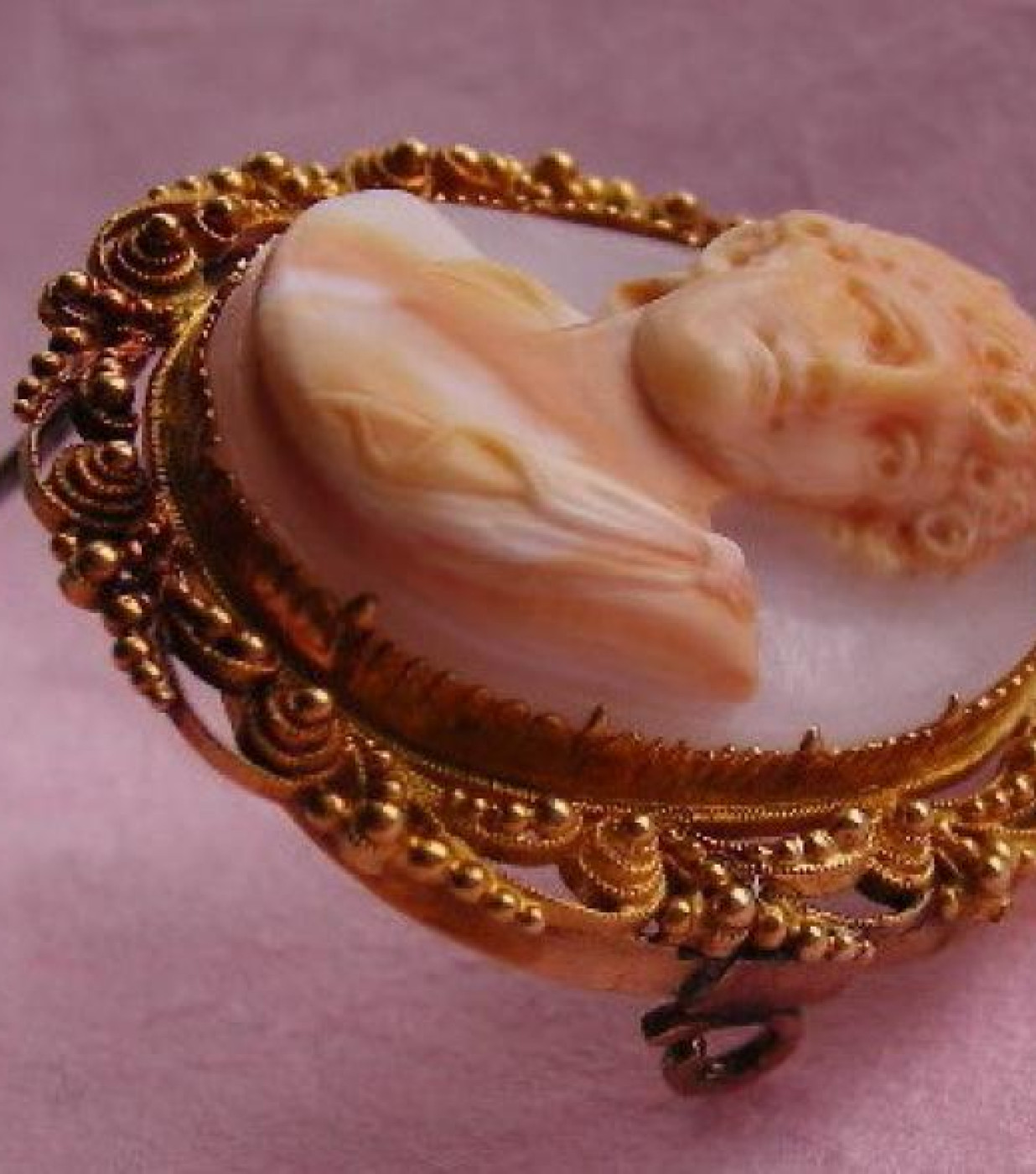 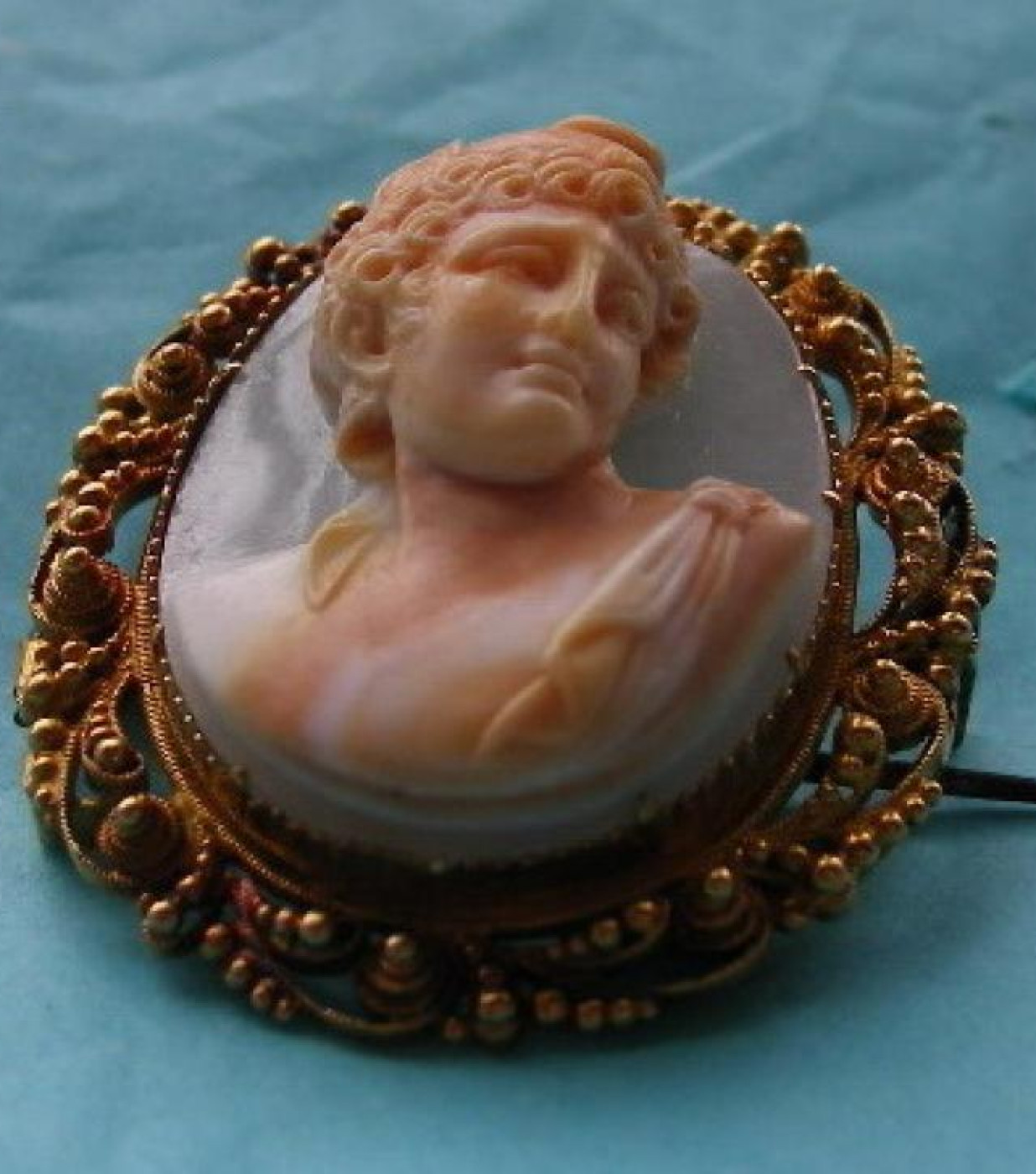 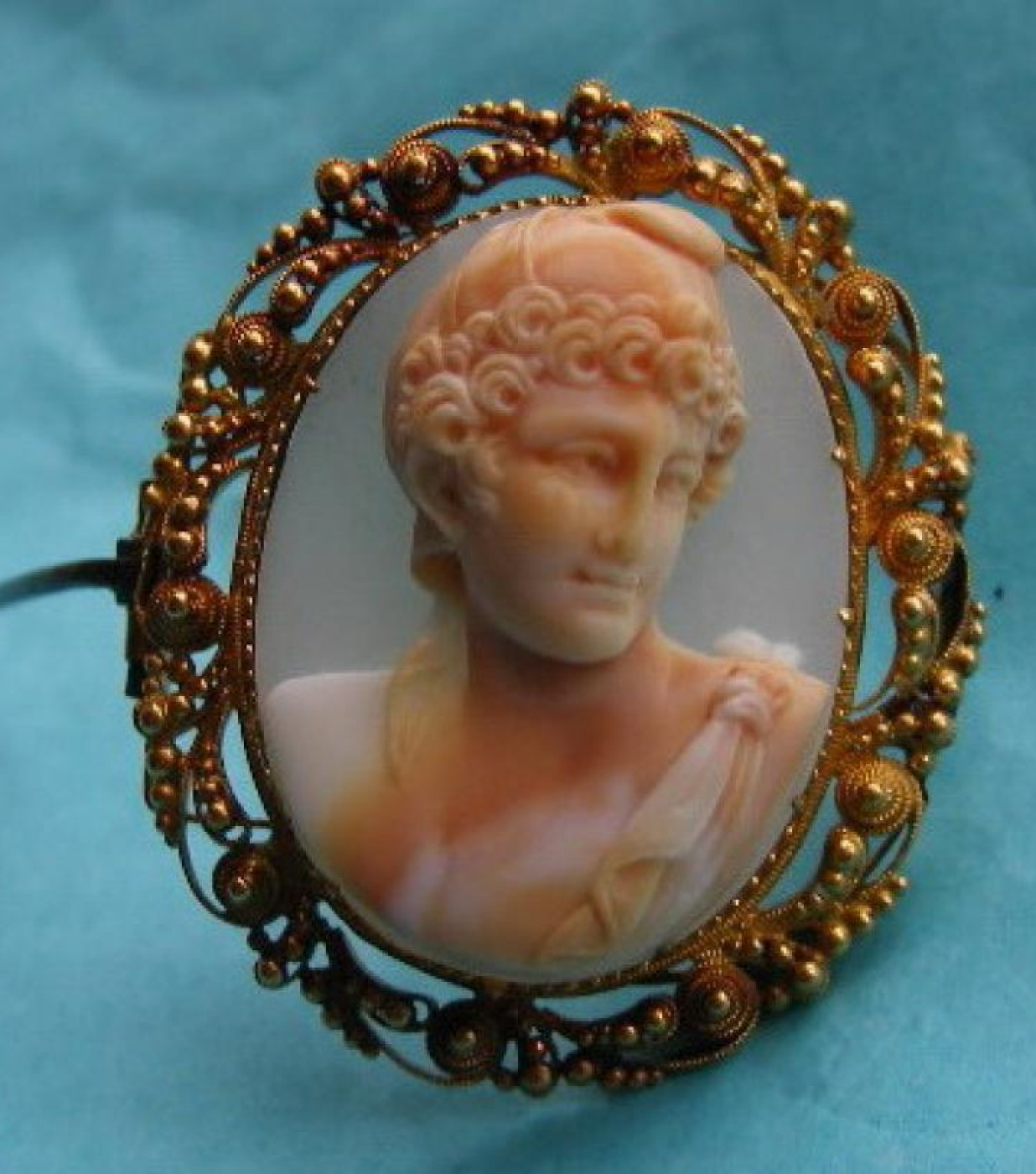 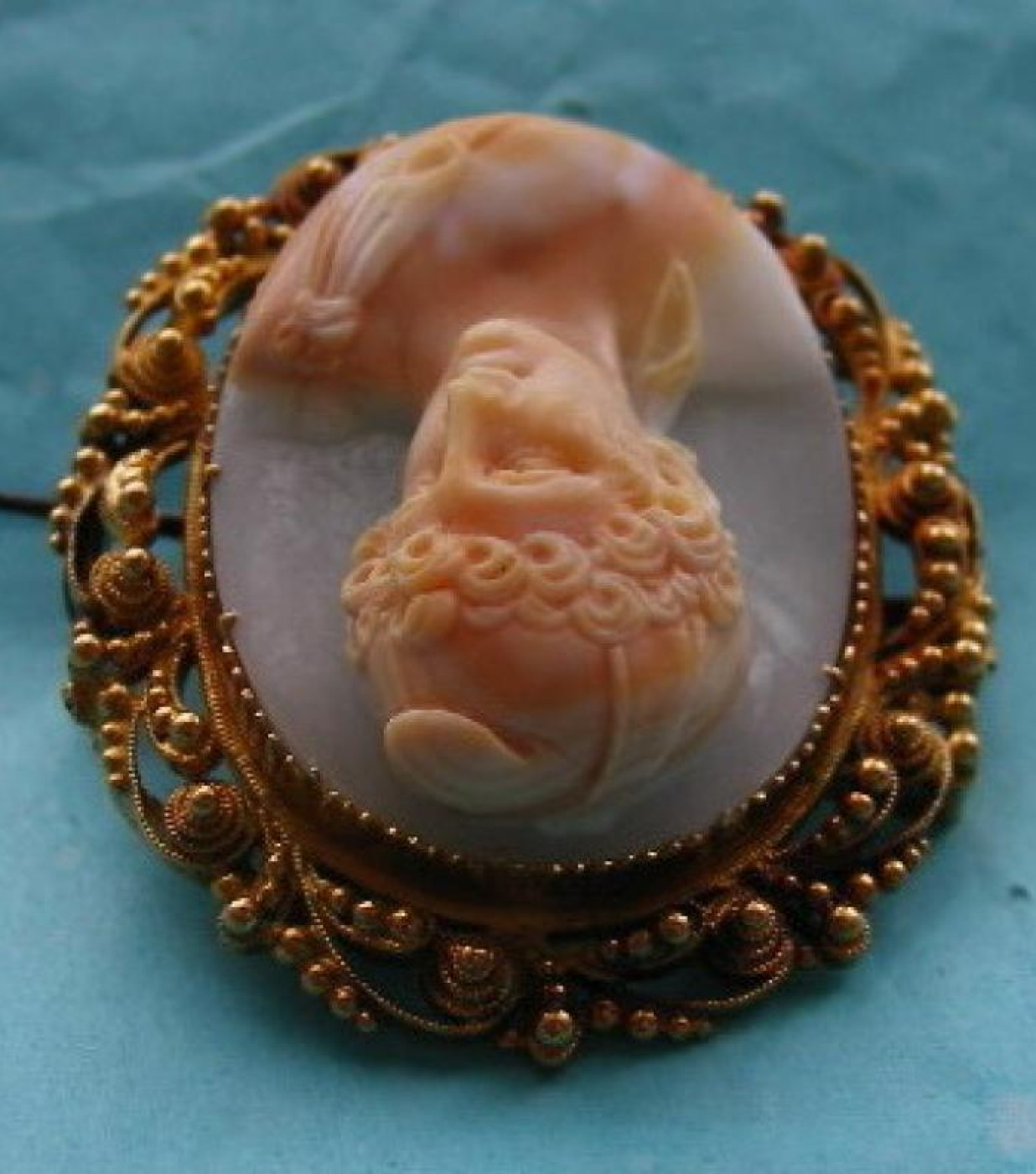 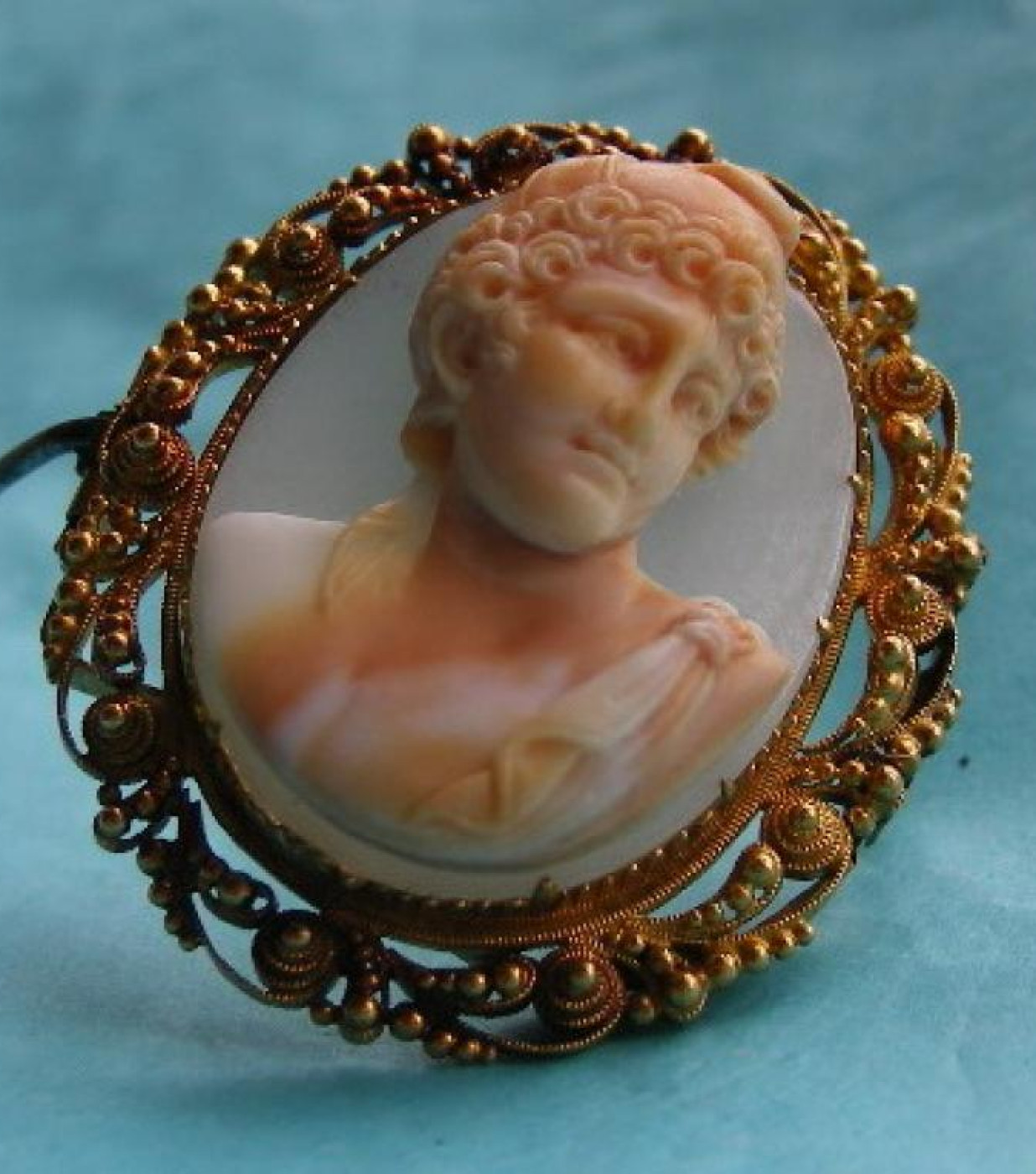 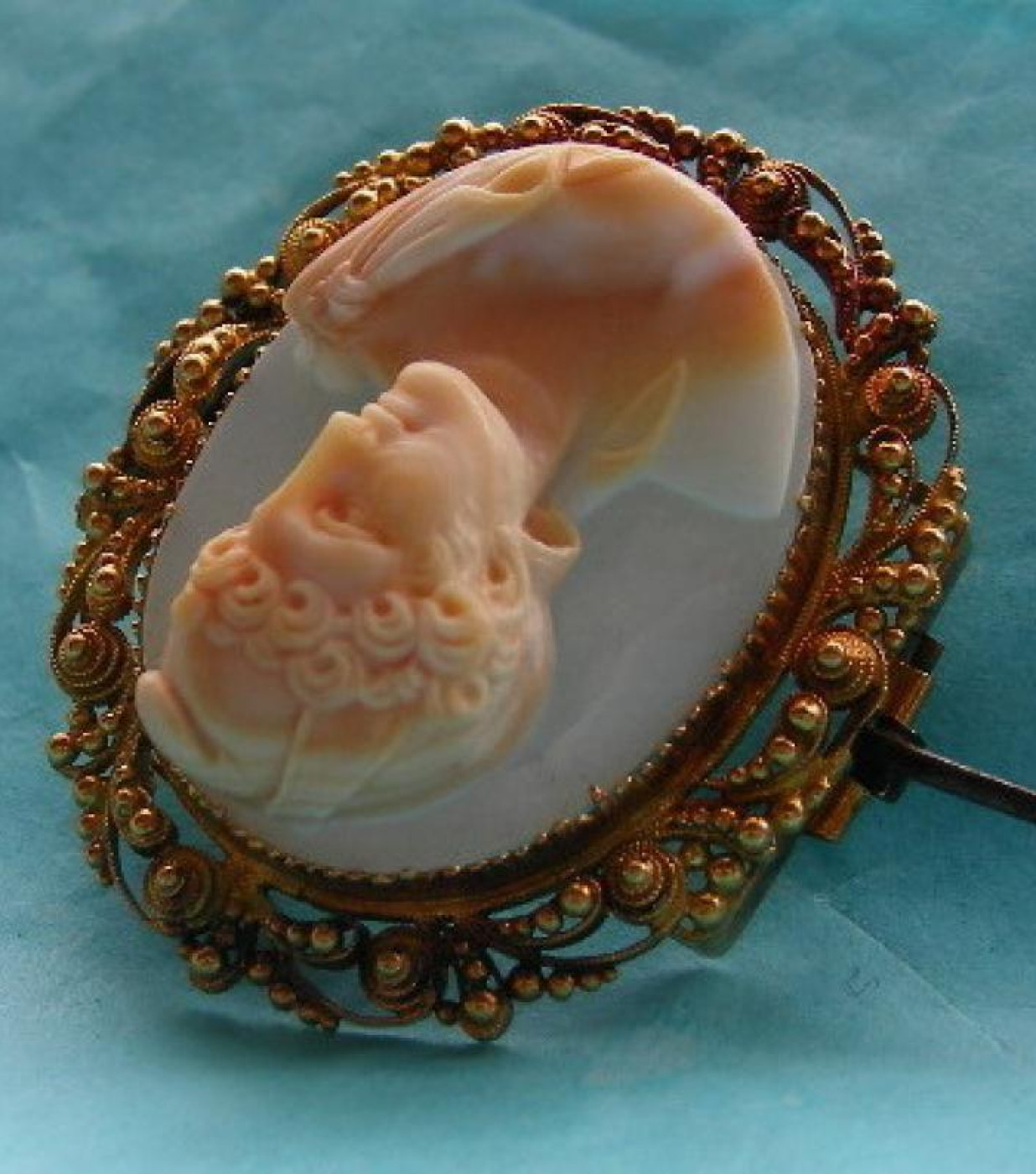 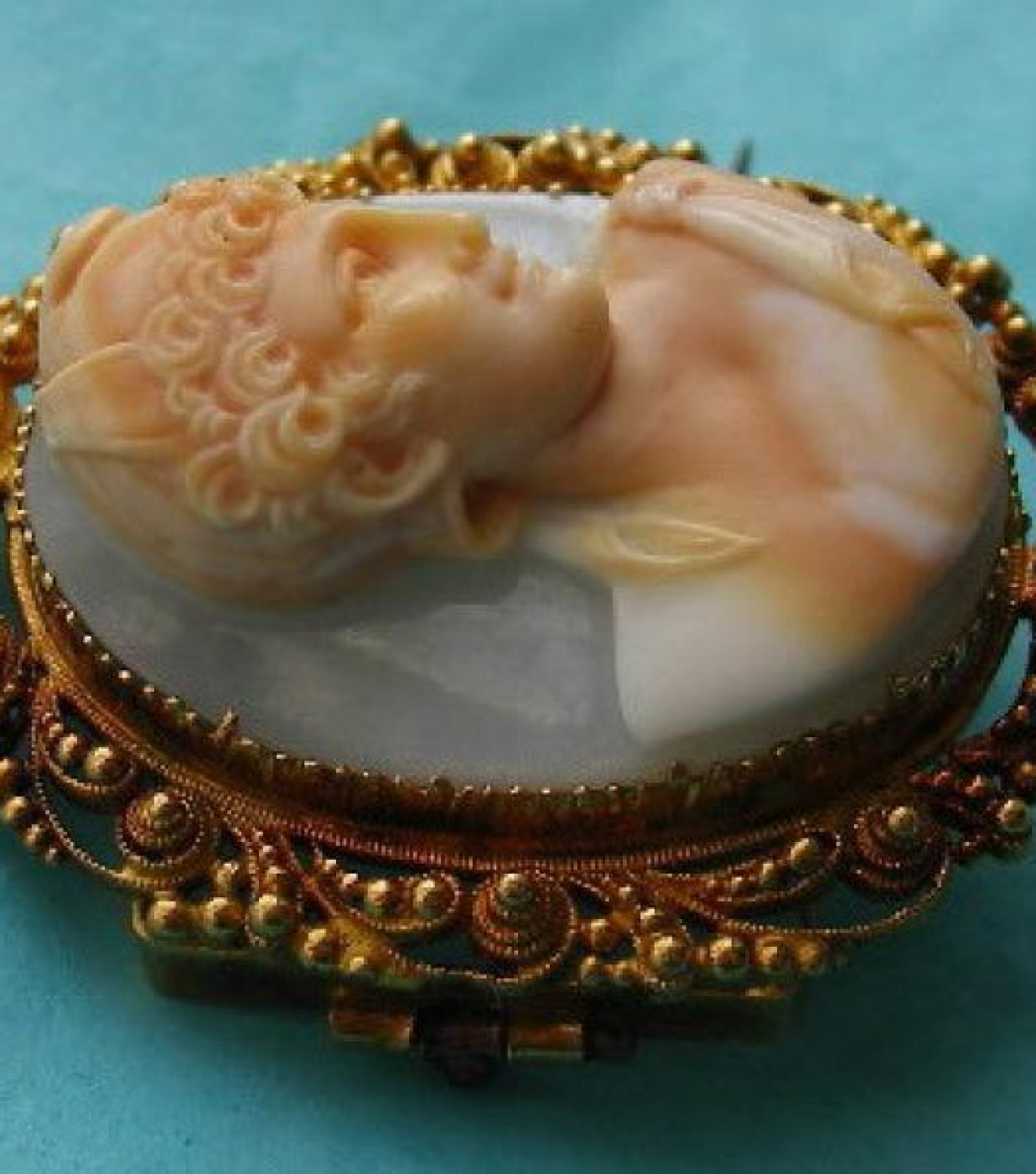 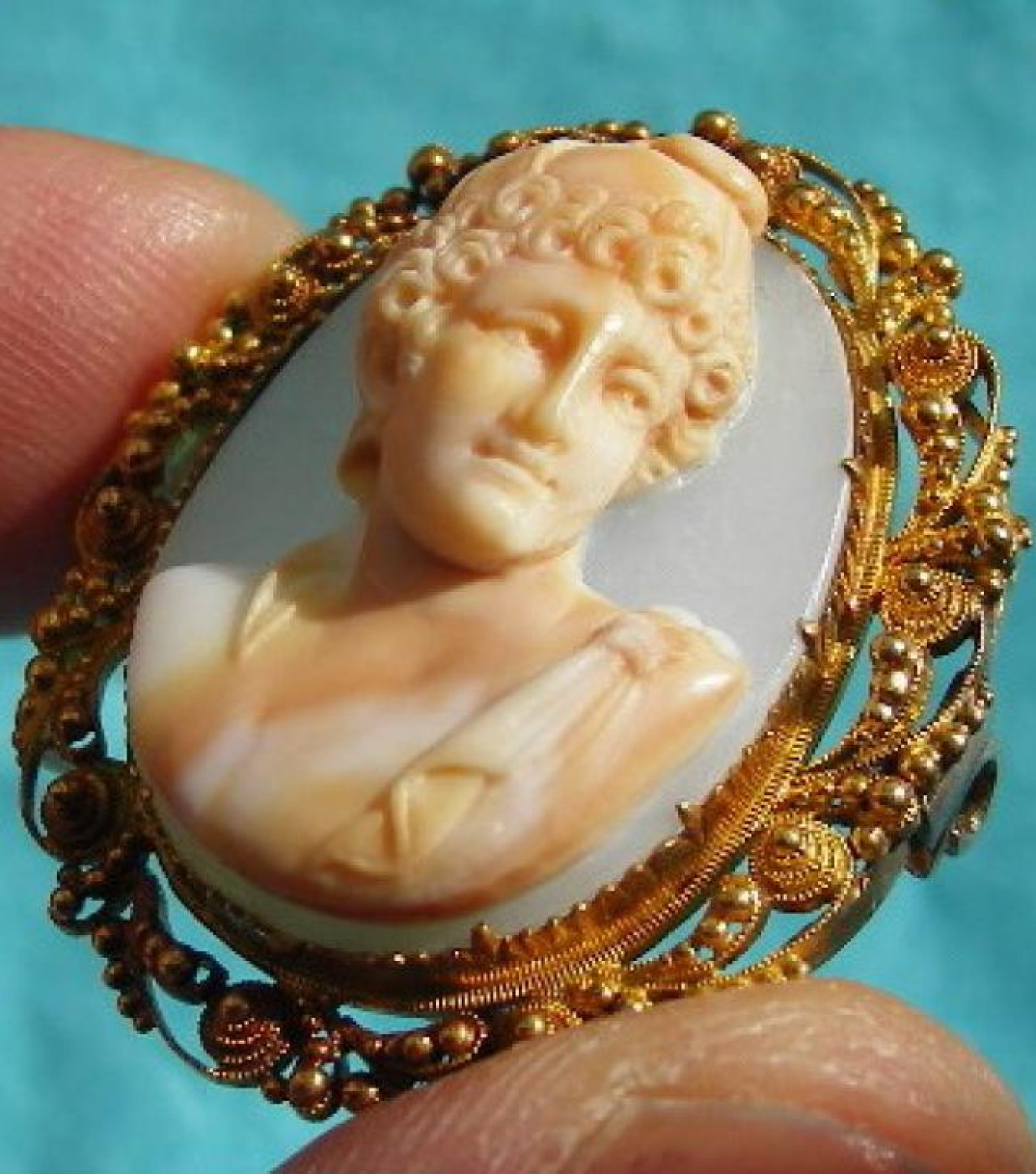 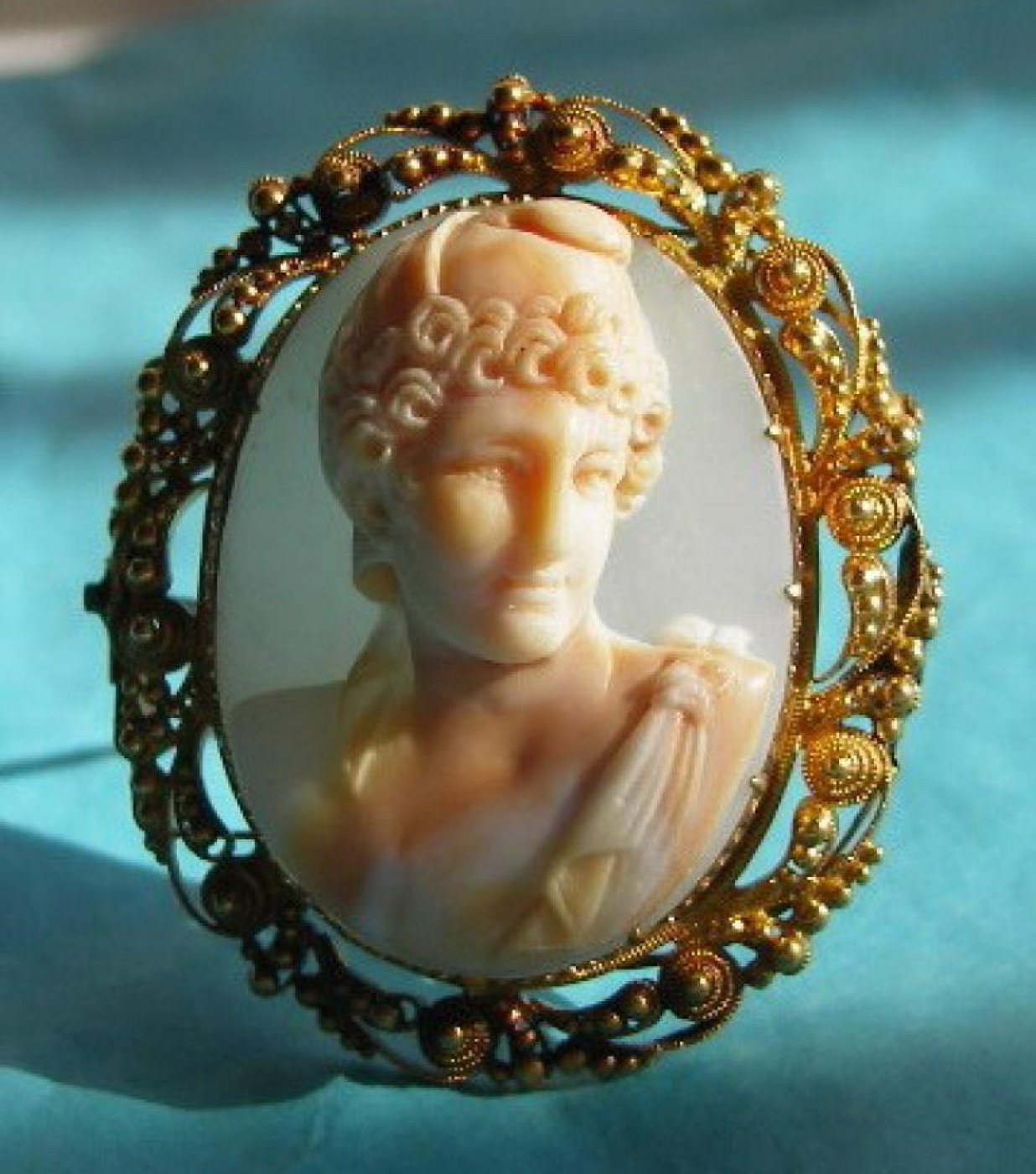 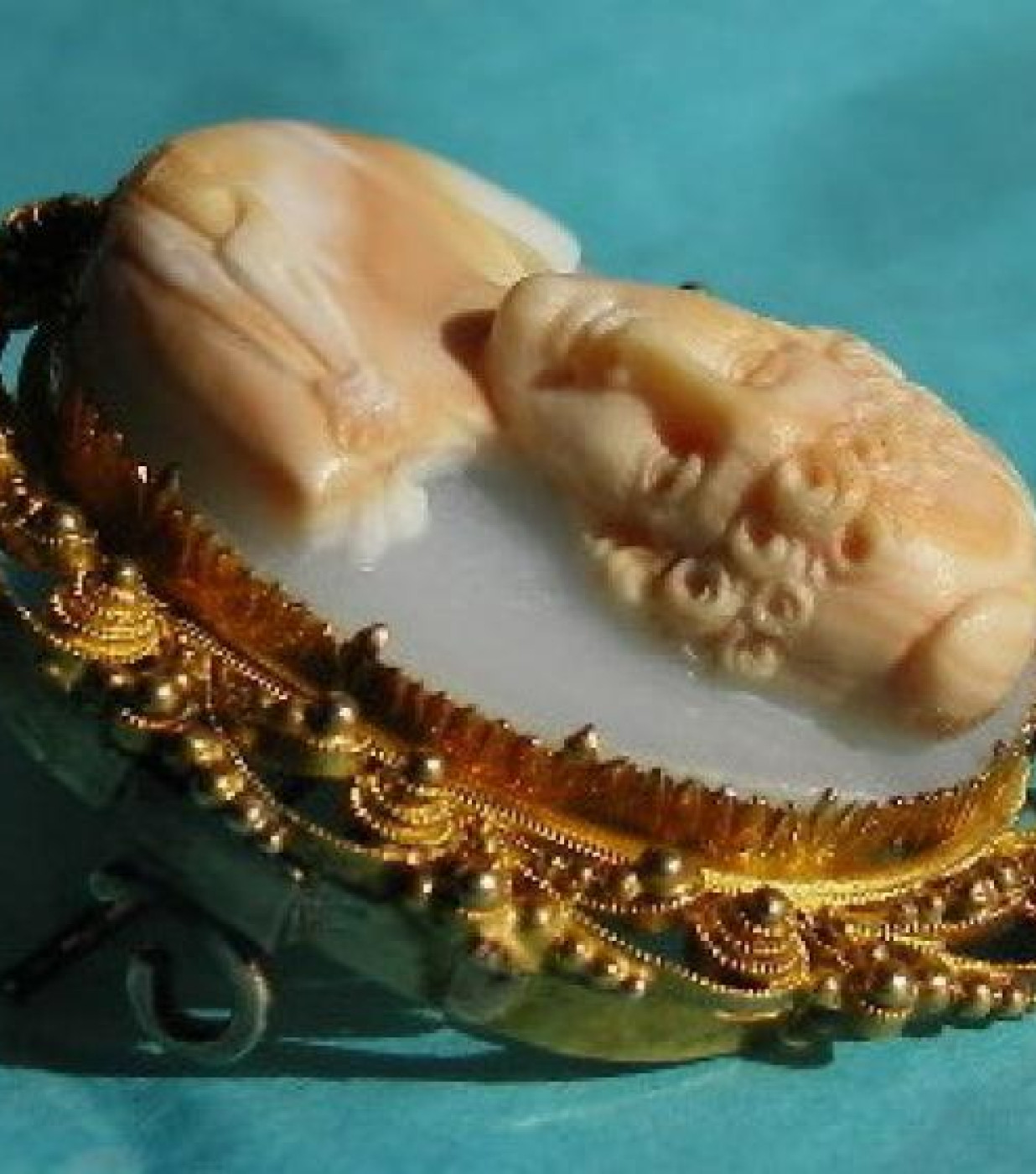 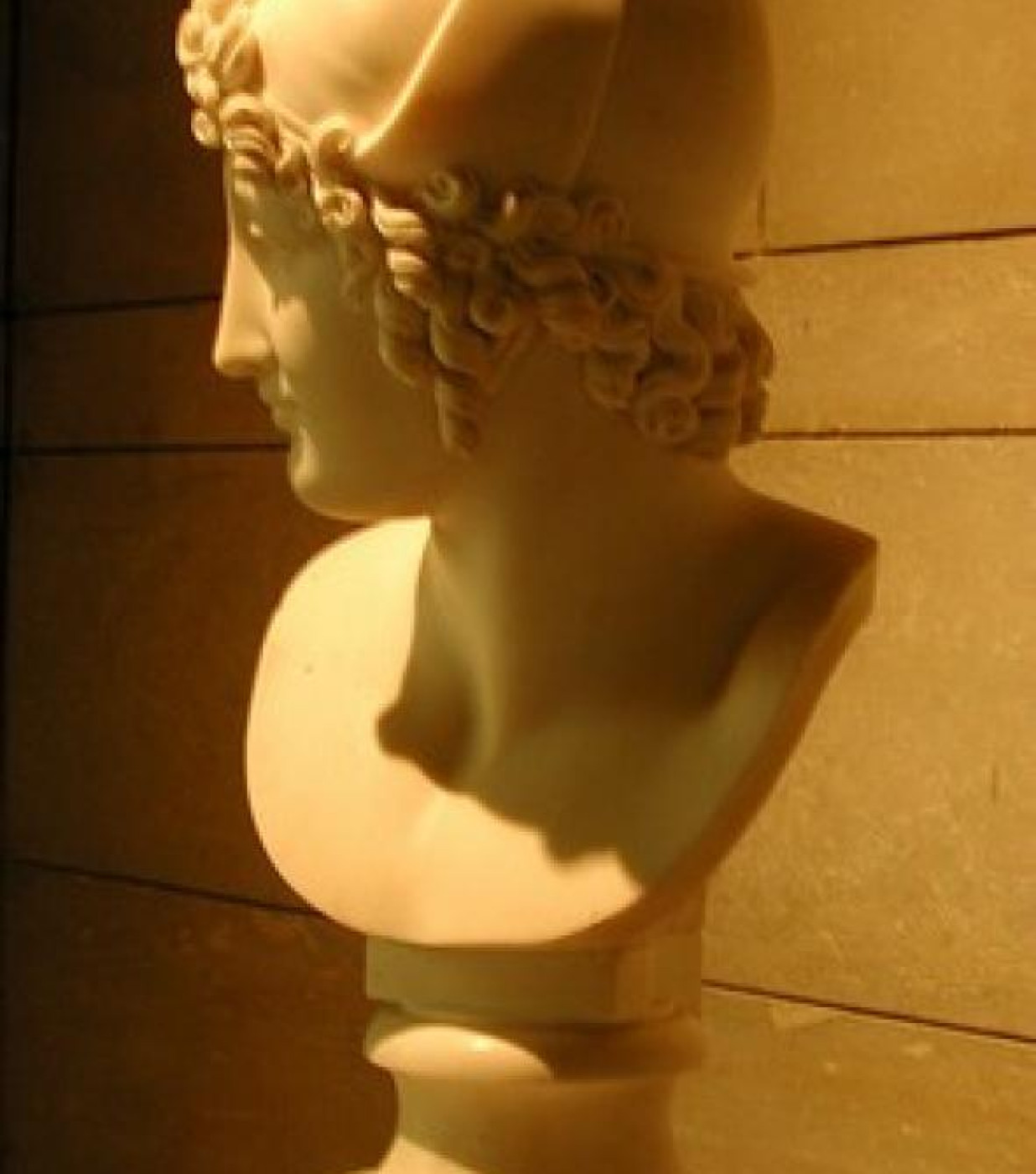 Museum Quality Cameo depicting Paris, one of the heroes of the War of Troy. Paris is a very rare subject in a cameo and finding  a front face one is even rarer. This is a small cameo but even in a so little space the carver was able to demonstrate all of his skill carving a Museum Quality piece. The frame is gorgeous too and made of solid gold. This cameo is probably after a bust of Paris by Thorvaldsen. This is an incredible work of art, very detailed cameo, carved by an artist.  Rarest cameo and subject very desirable collectors' piece.
A bit of history:
Paris,  also known as Alexander or Alexandros. the son ofPriam, king of Troy, appears in a number of Greek legends.Probably the best-known was his elopement with Helen, queen of Sparta, this being one of the immediate causes of the Trojan War. Later in the war, he fatally wounds Achilles in the heel with an arrow, as foretold by Achilles's mother, Thetis.