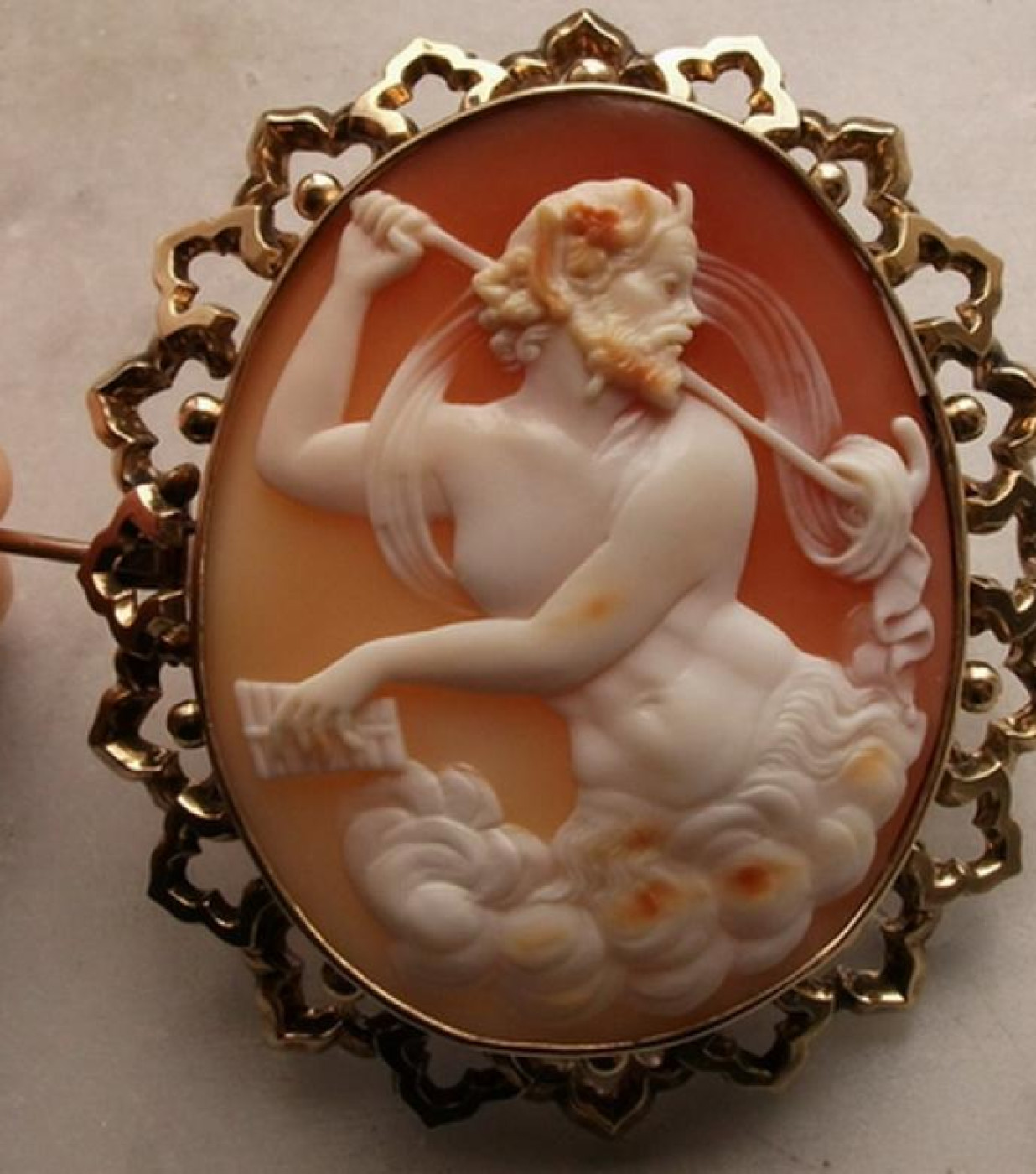 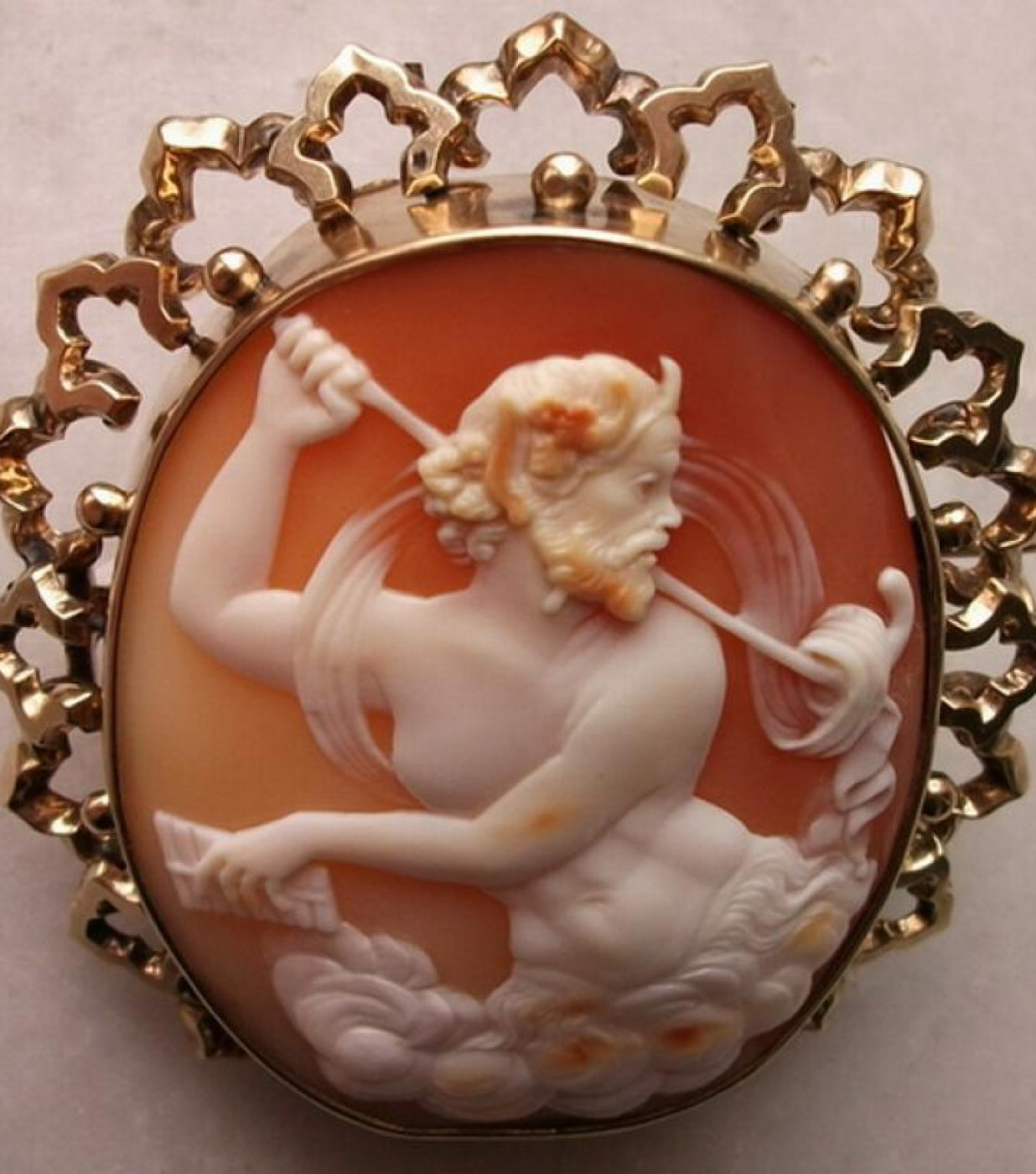 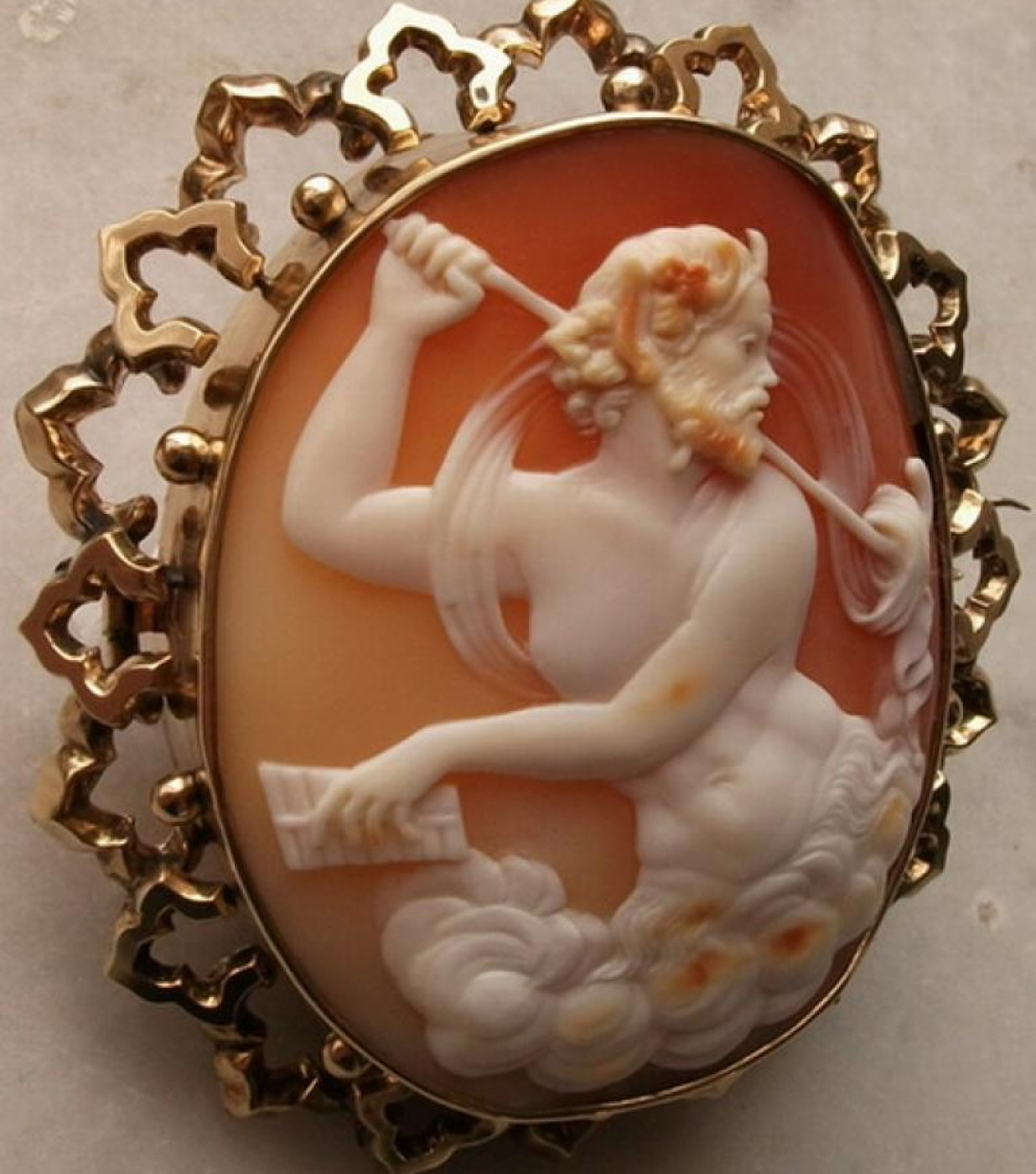 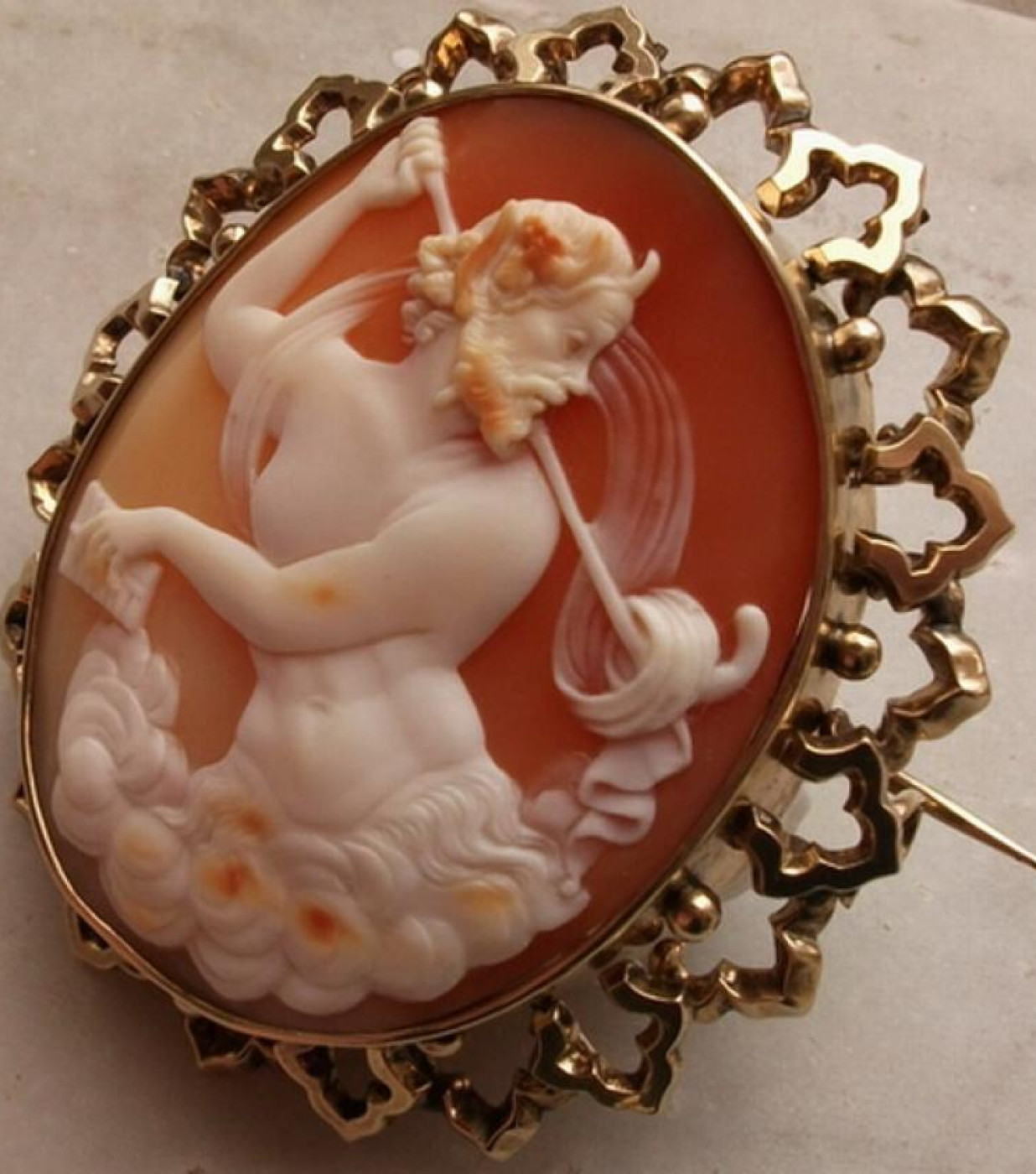 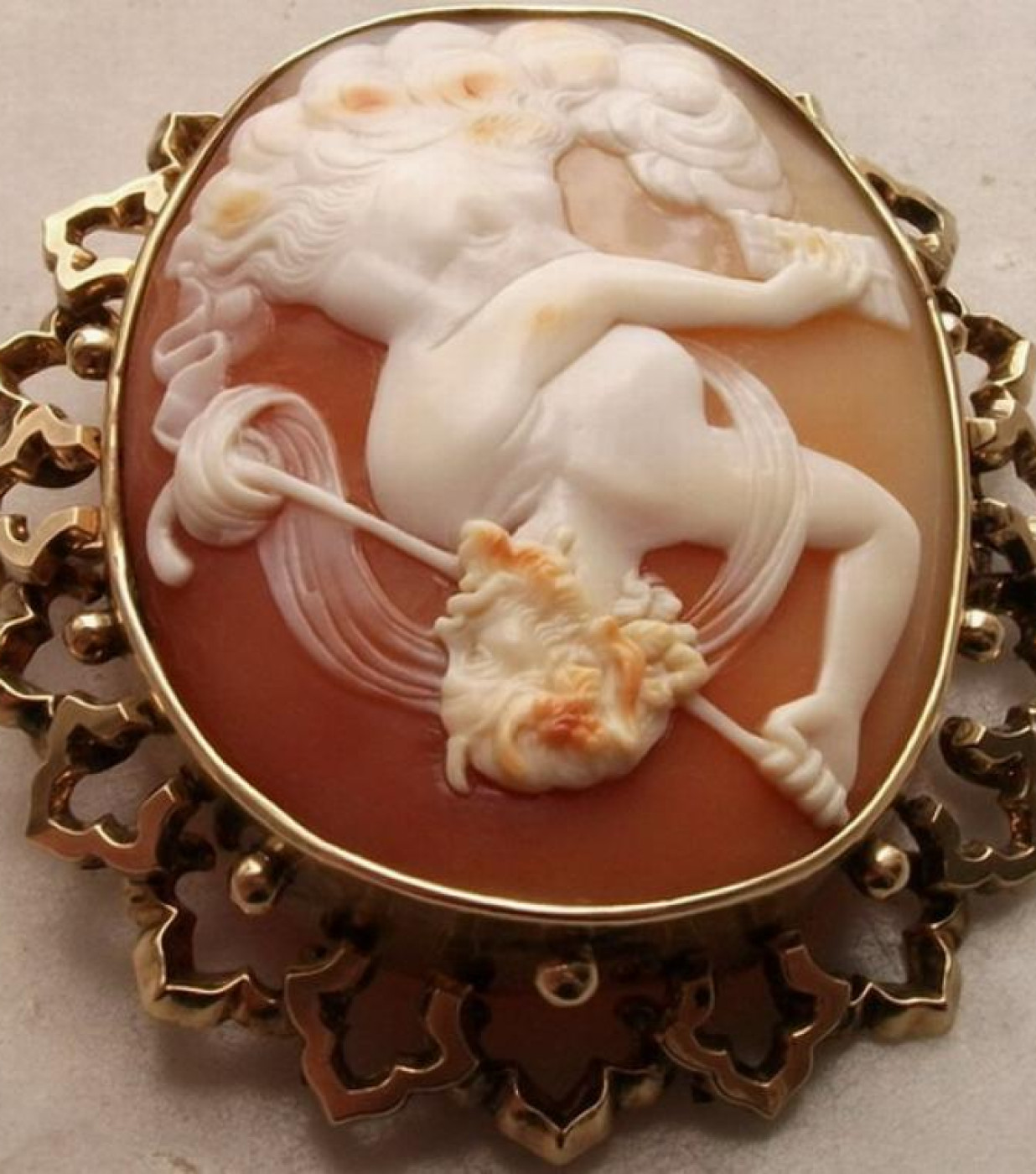 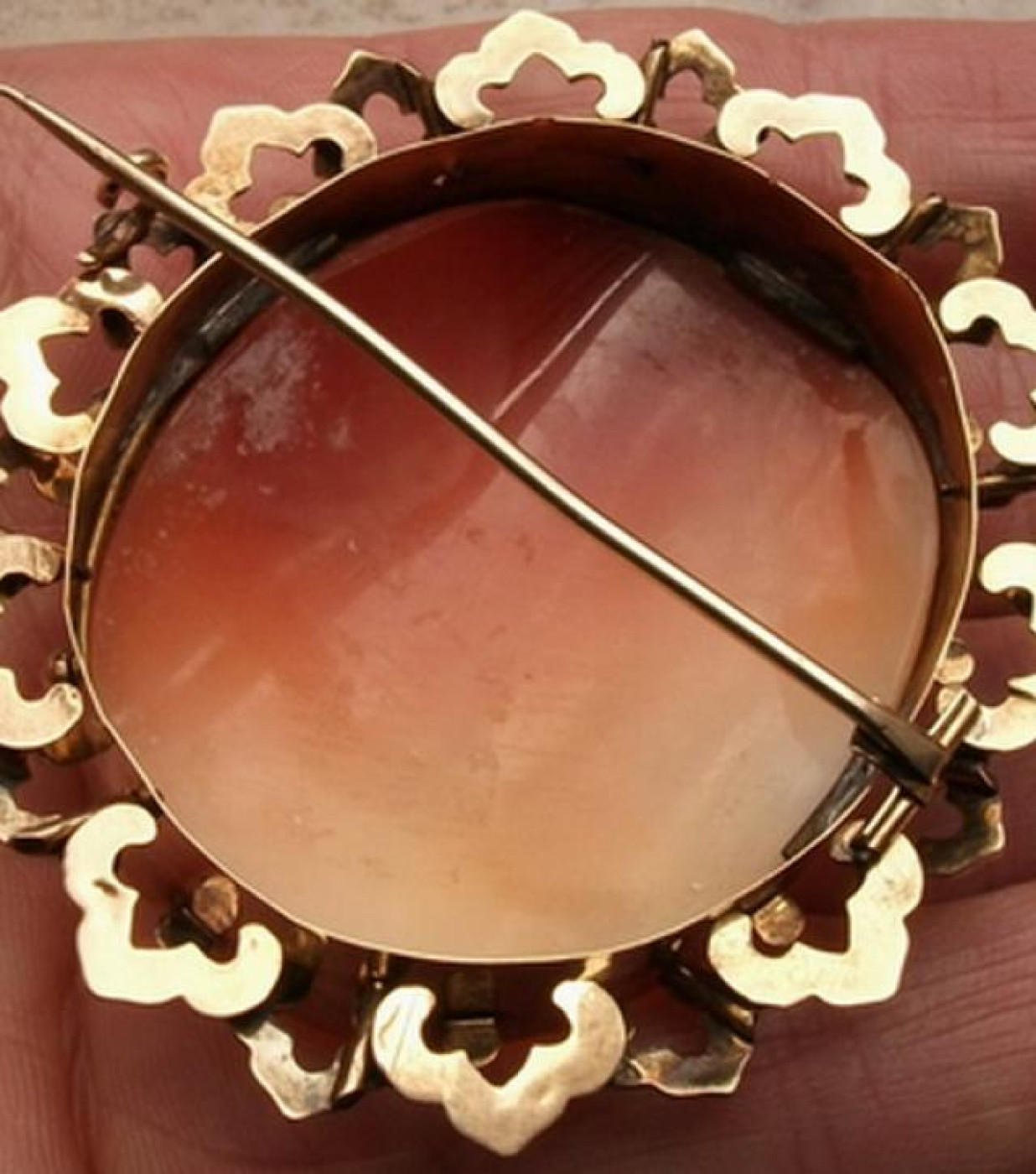 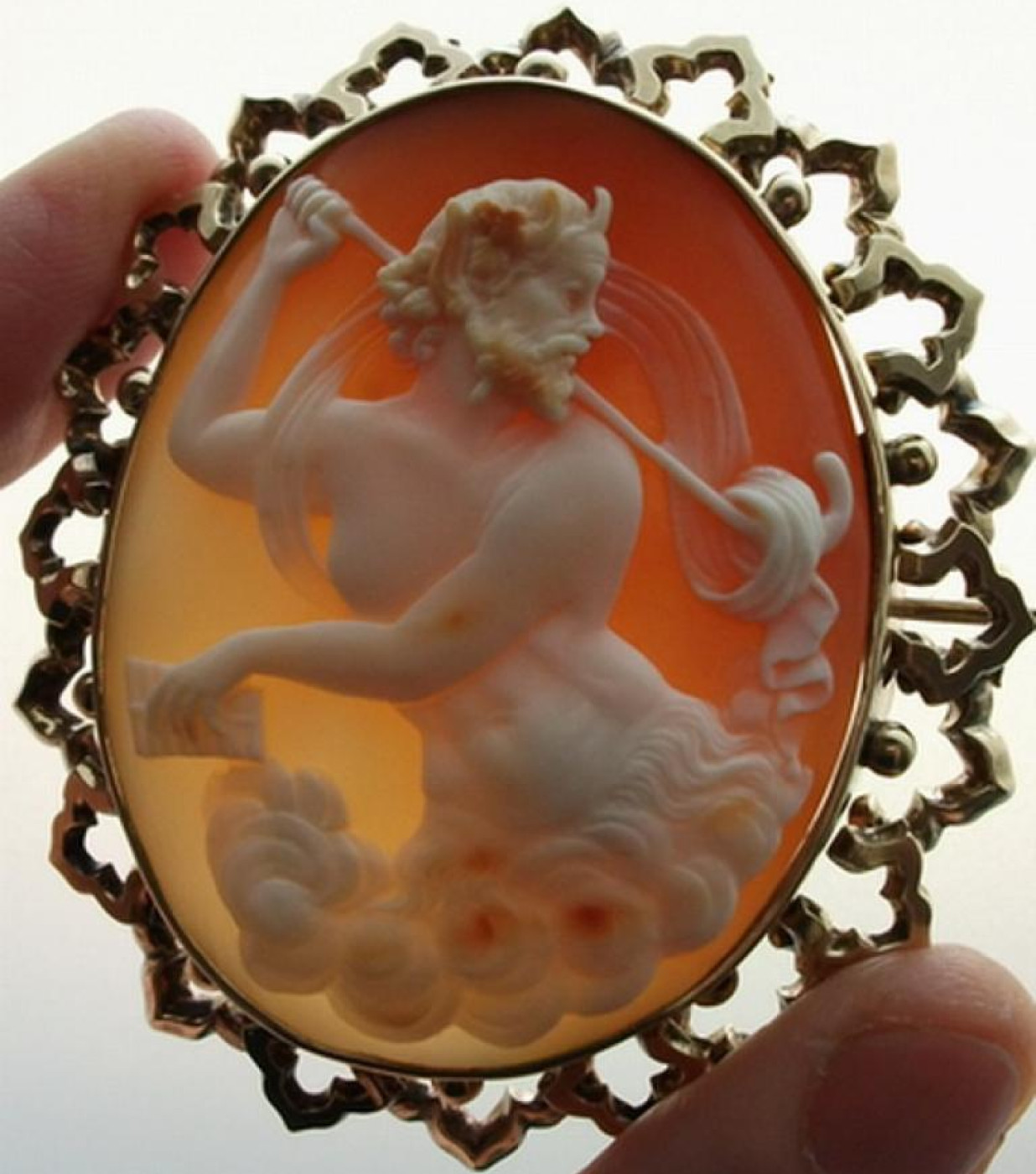 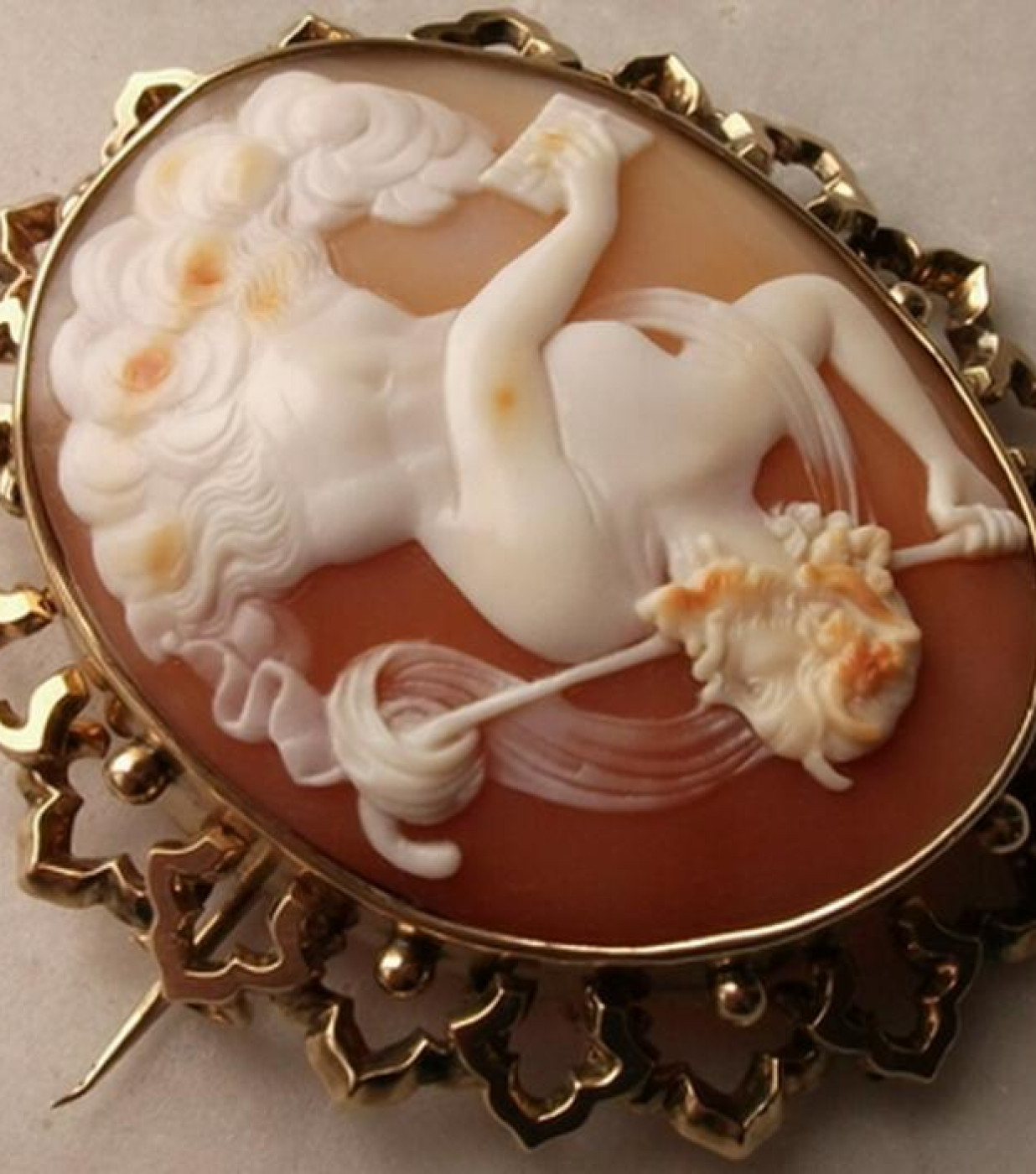 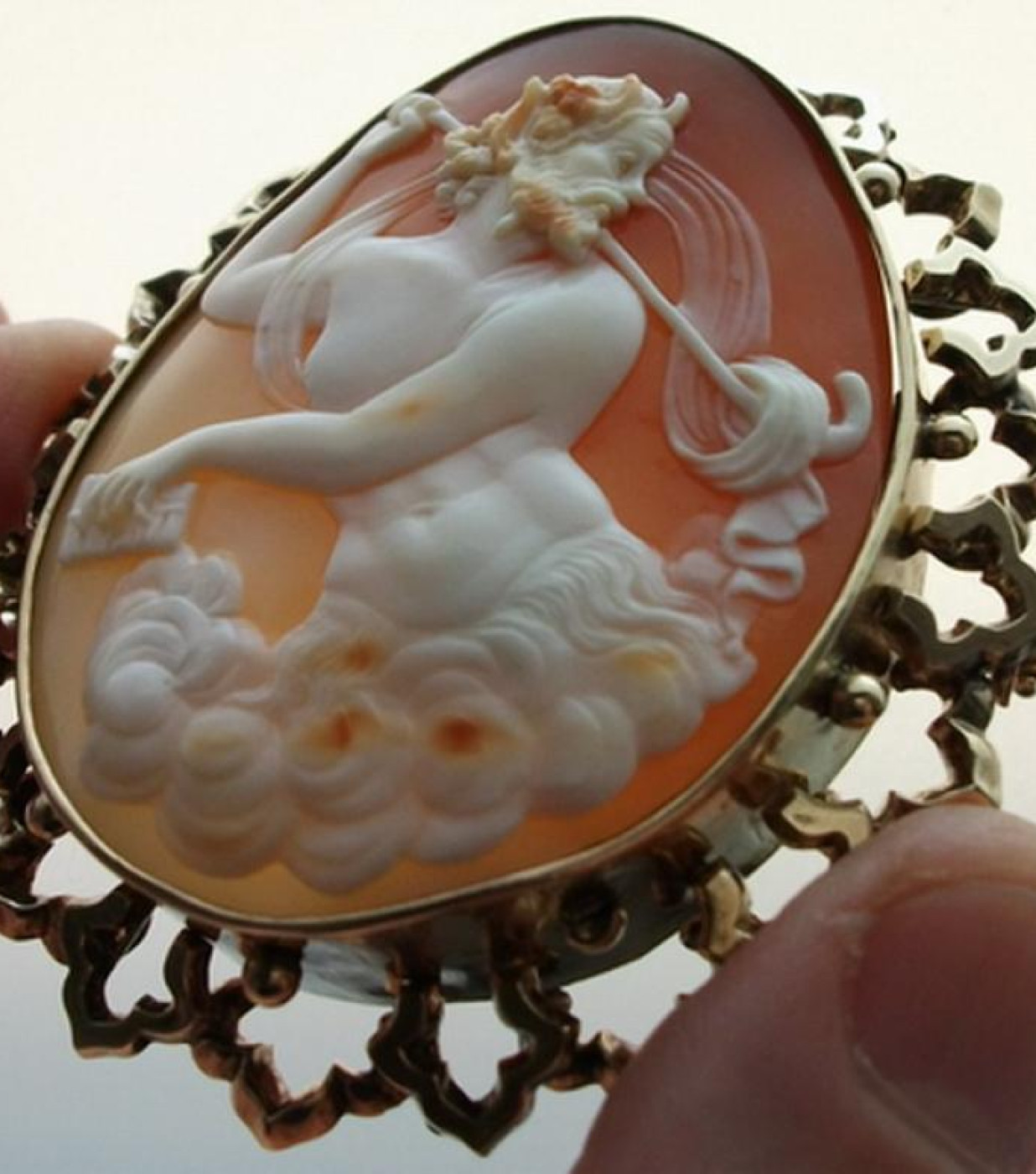 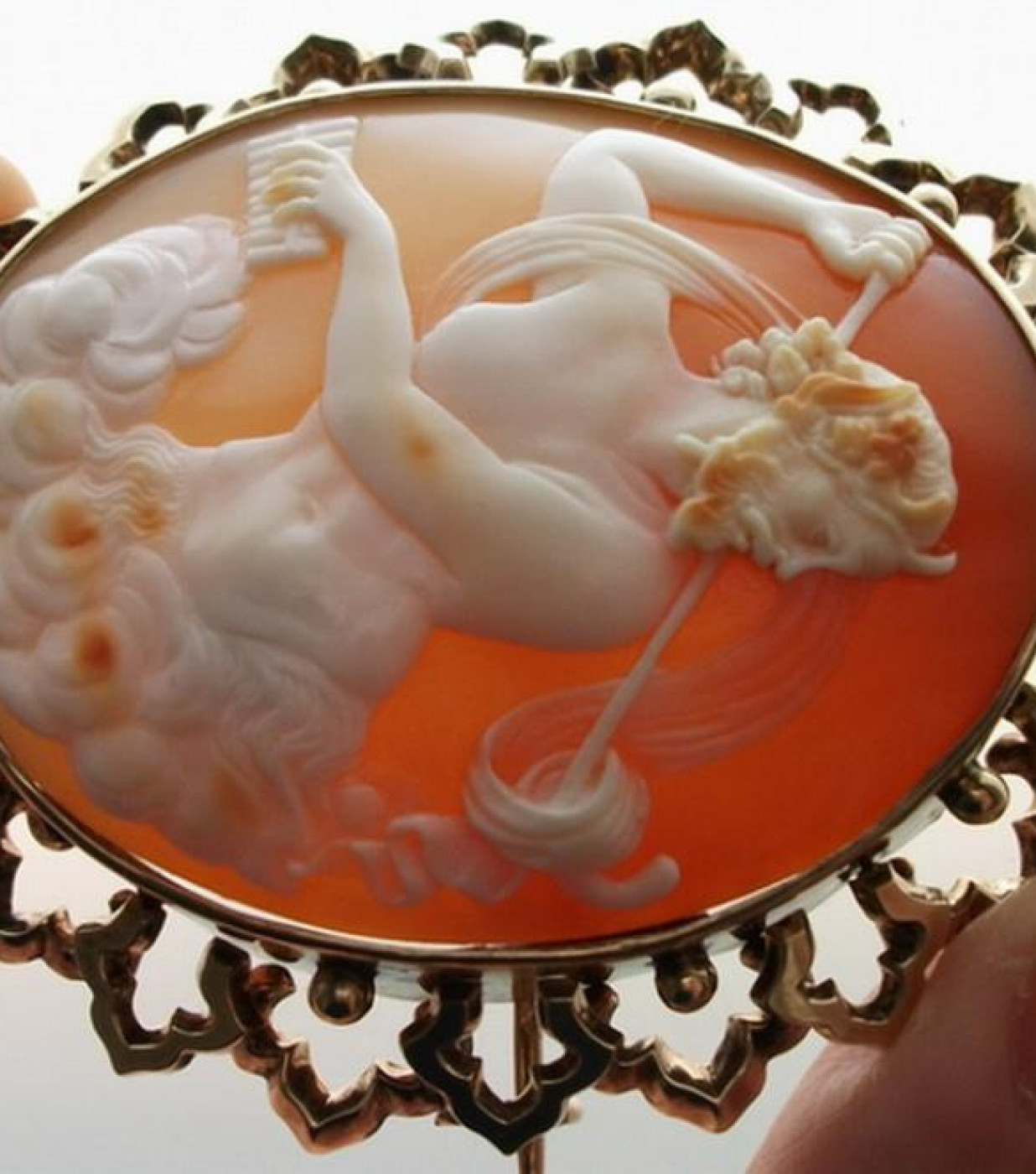 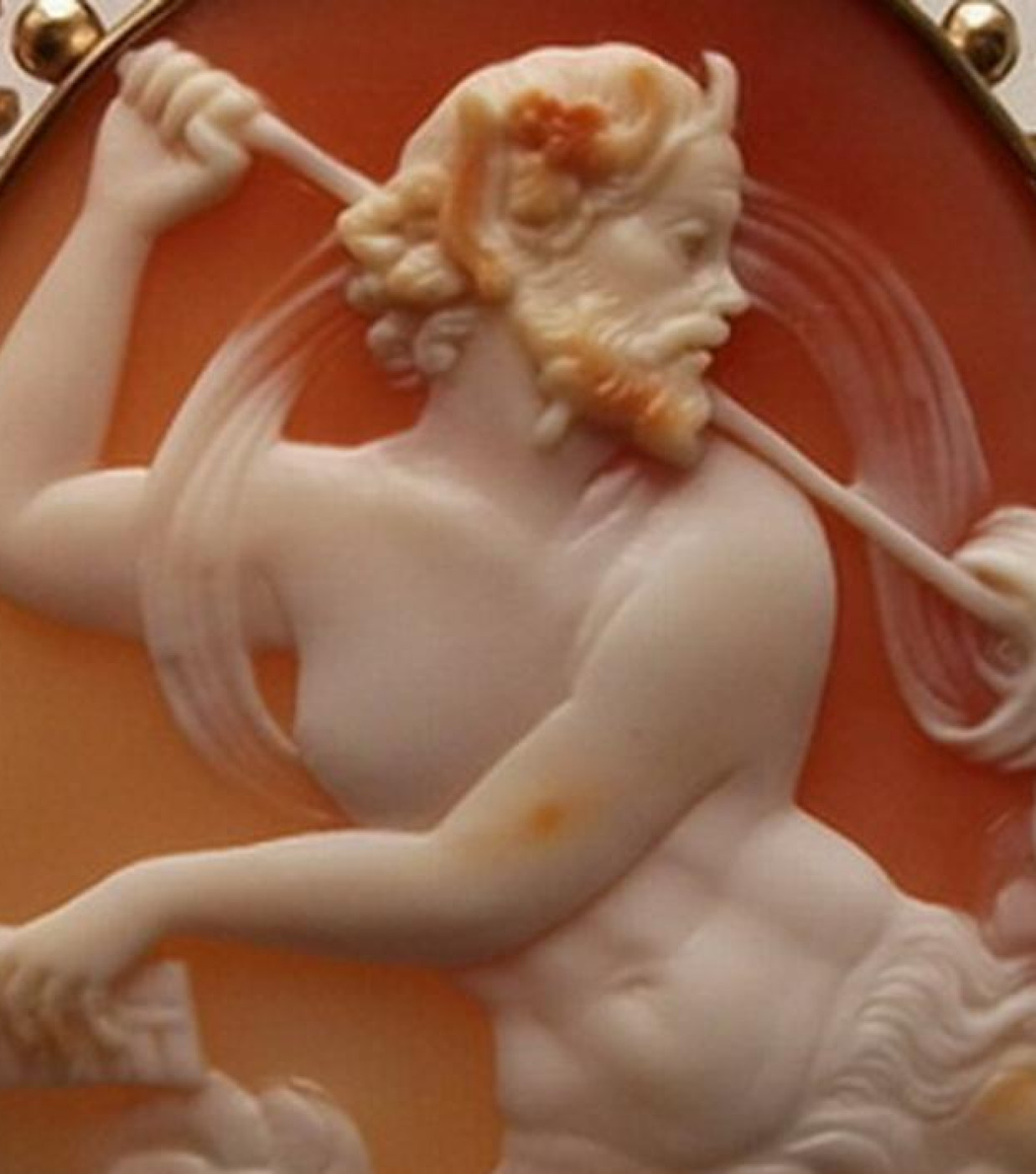 Museum Quality cameo depicting a rarest subject, the God Pan. This is the first time that I see this subject carved on a cameo. This piece is magnificently carved, look at how his muscles are visible and look at all the details which make this cameo a rarest one. He's holding the Pan pipe, one of his main symbols,  in his hand and a top curved stick in the other one. The goat horns are clearly carved on his head as well as the goat ears. This cameo is very well proportioned and the figure is wonderfully delineated against the shell background.  This one is a rarest cameo of  a rarest subject, hard to find. All the details are just perfect.  The frame is superb, exquisitely worked in later Renaissance style, all made of massive gold. This is another masterly carved cameo. A very desirable collectors piece, rare and museum quality cameo.
A bit of History:
Pan  in Greek religion and mythology, is the companion of the nymphs, god of shepherds and flocks, of mountain wilds, hunting and rustic music. His name originates within the Greek language, from the word paein , meaning "to pasture". He has the hindquarters, legs, and horns of a goat, in the same manner as a faun or satyr. With his homeland in rustic Arcadia, he is recognized as the god of fields, groves, and wooded glens; because of this, Pan is connected to fertility and the season of spring. The ancient Greeks also considered Pan to be the god of theatrical criticism. In Roman religion and myth, Pan's counterpart was Faunus, a nature god who was the father of Bona Dea, sometimes identified as Fauna.