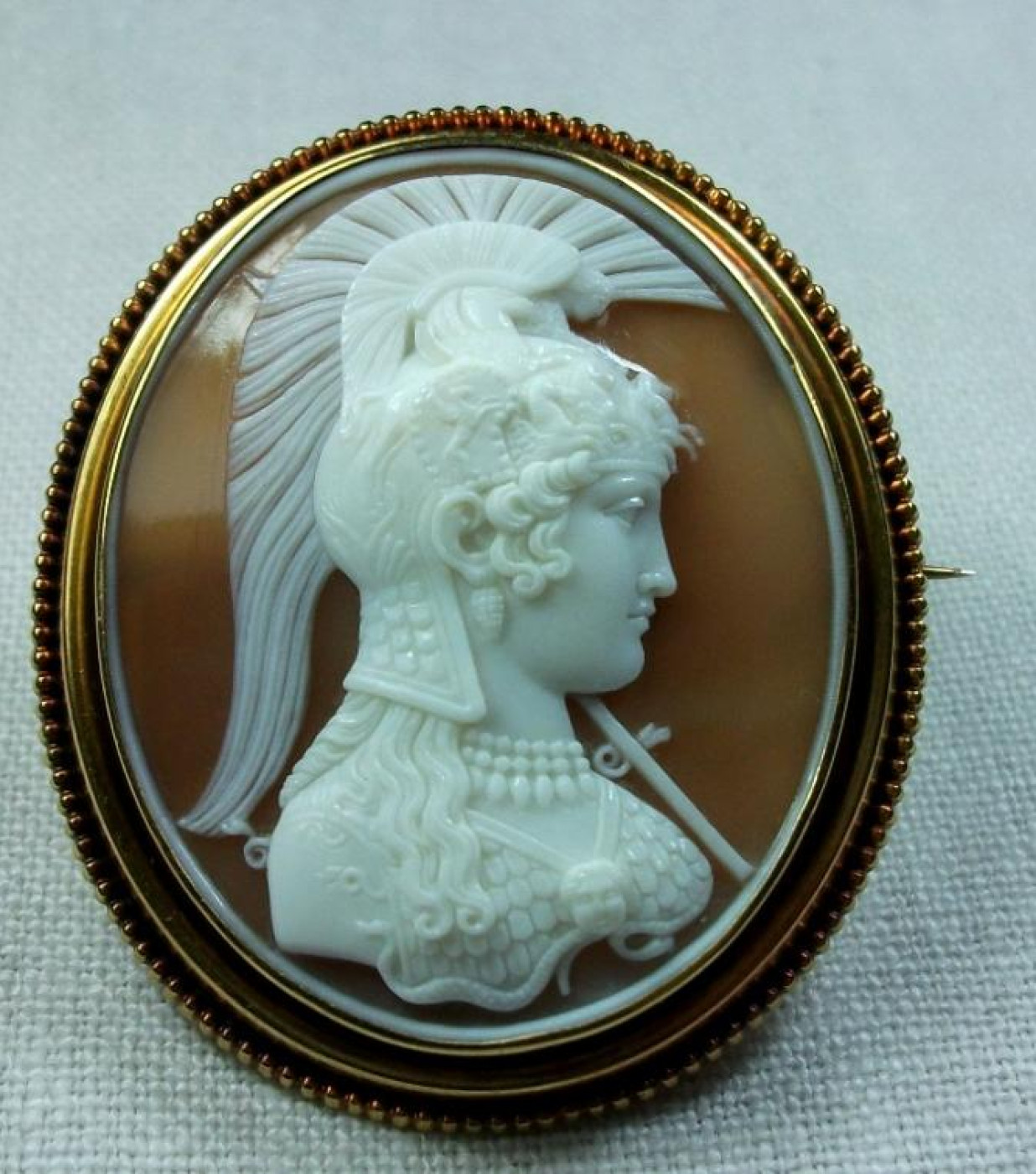 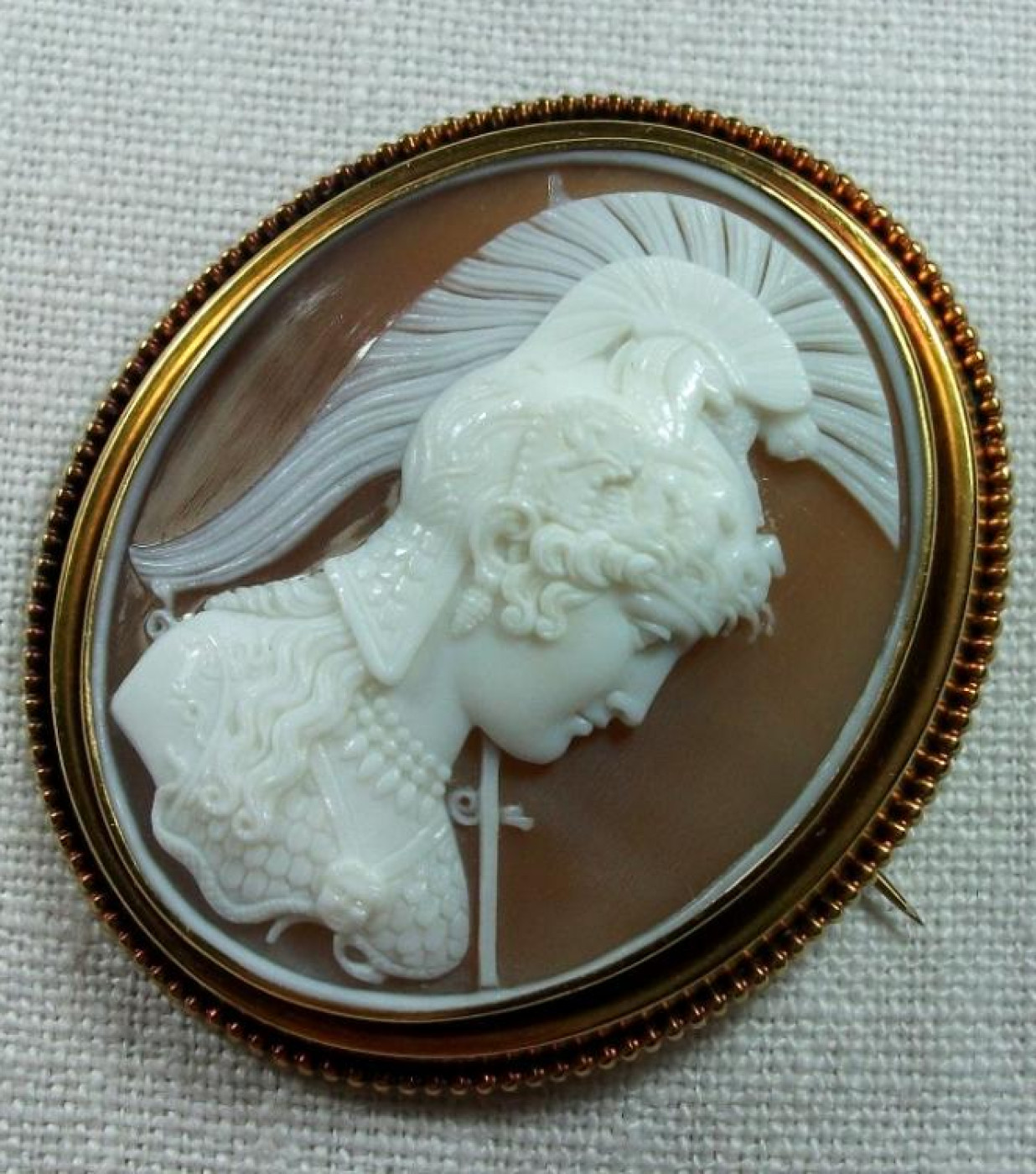 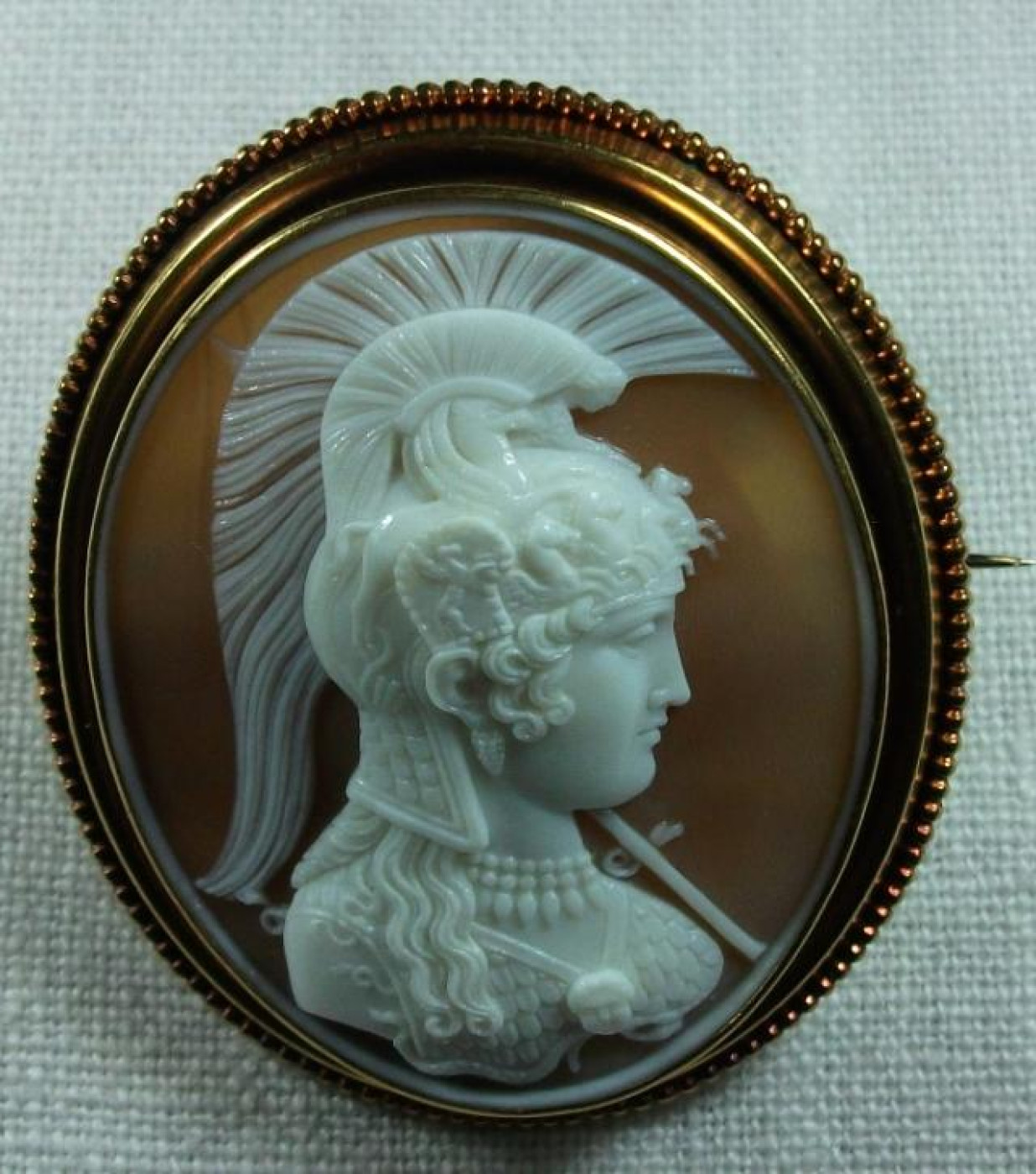 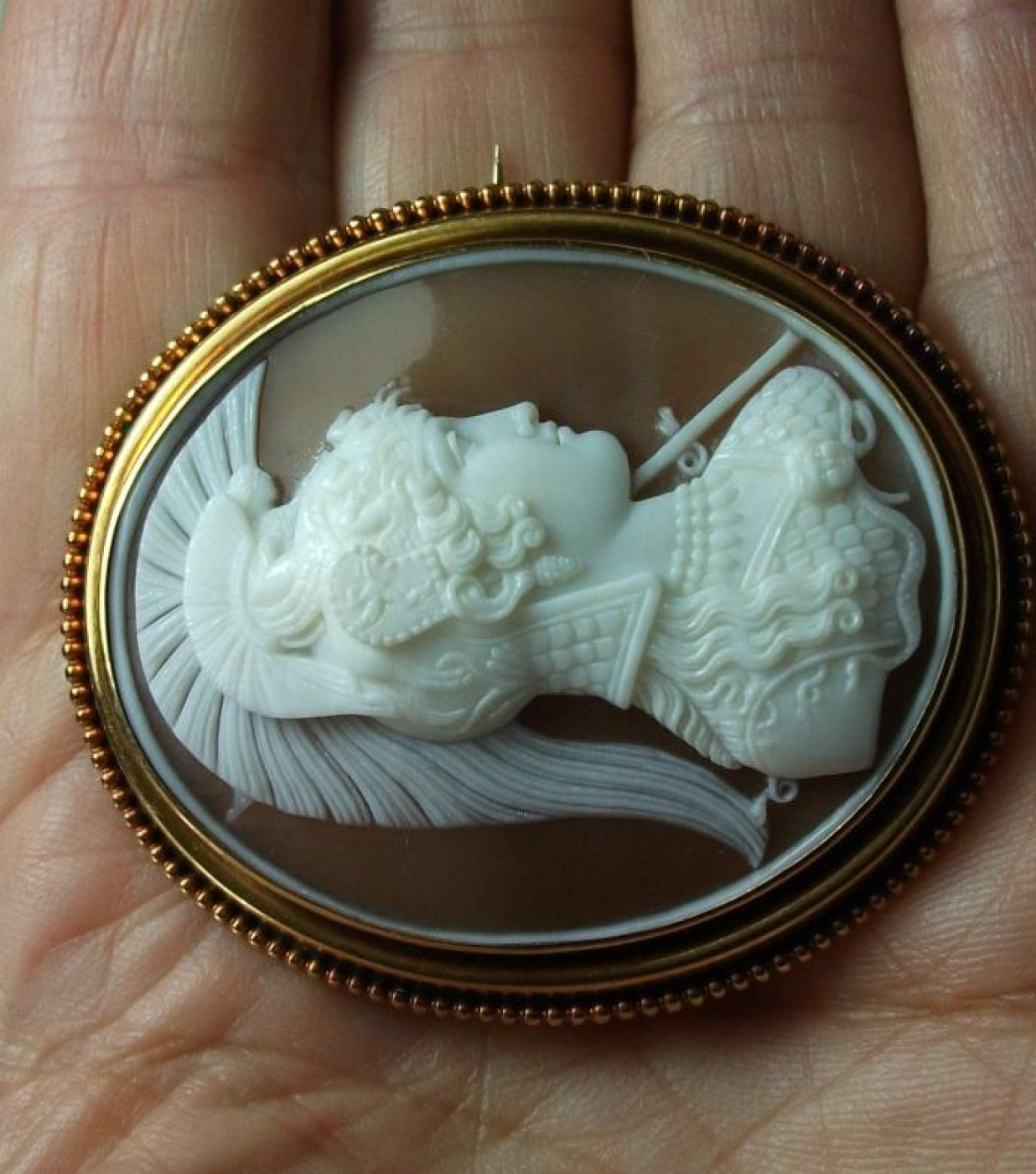 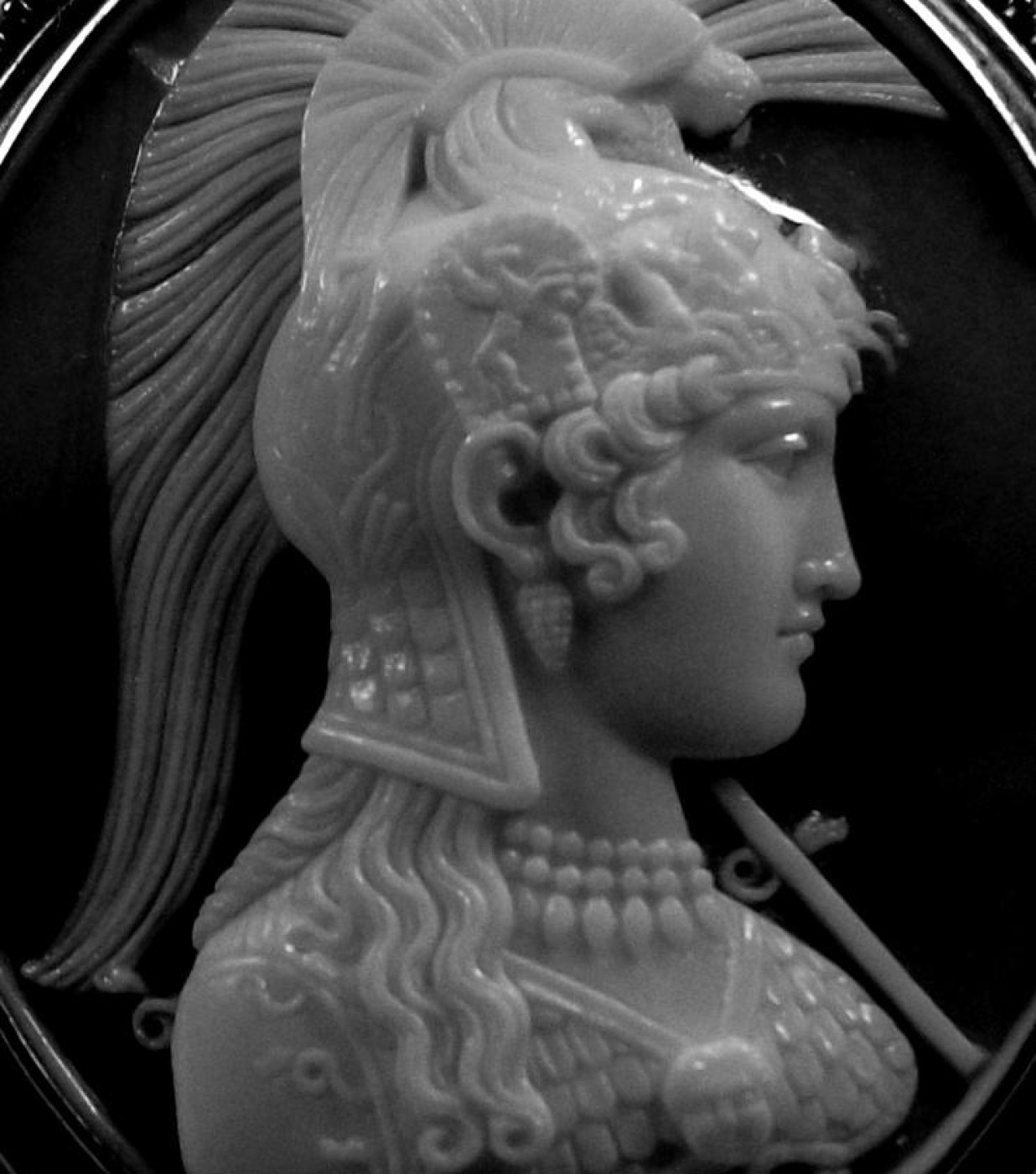 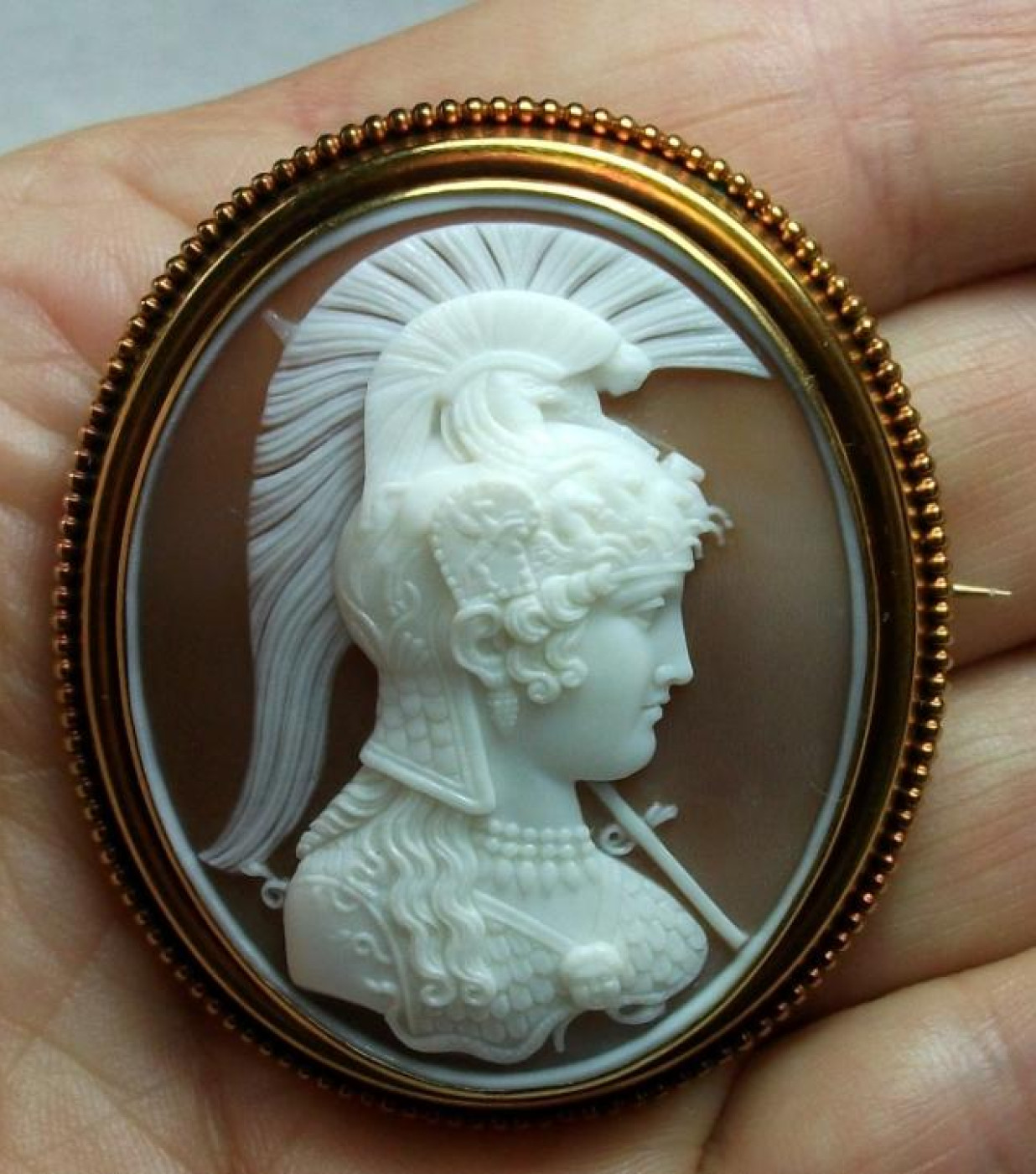 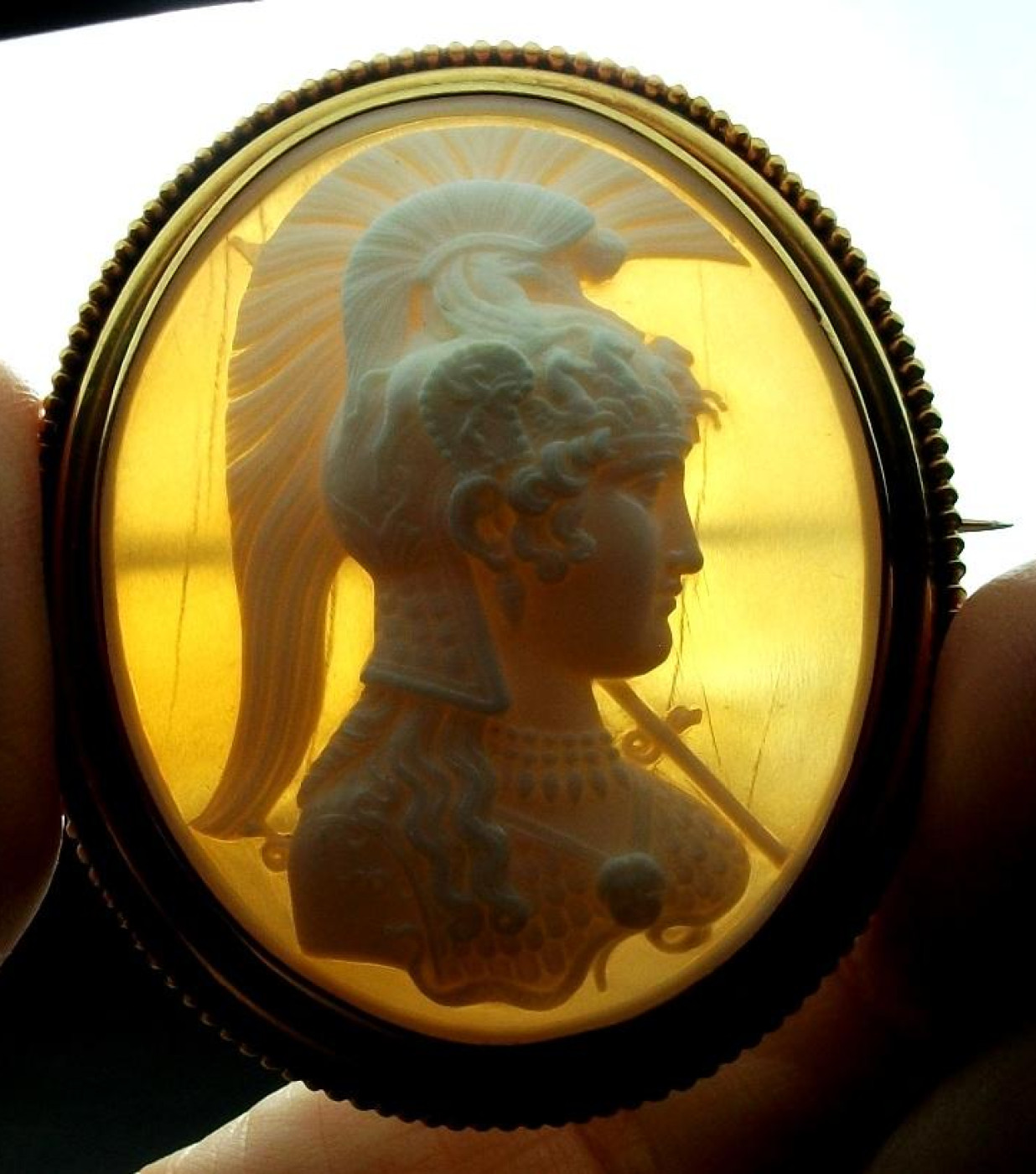 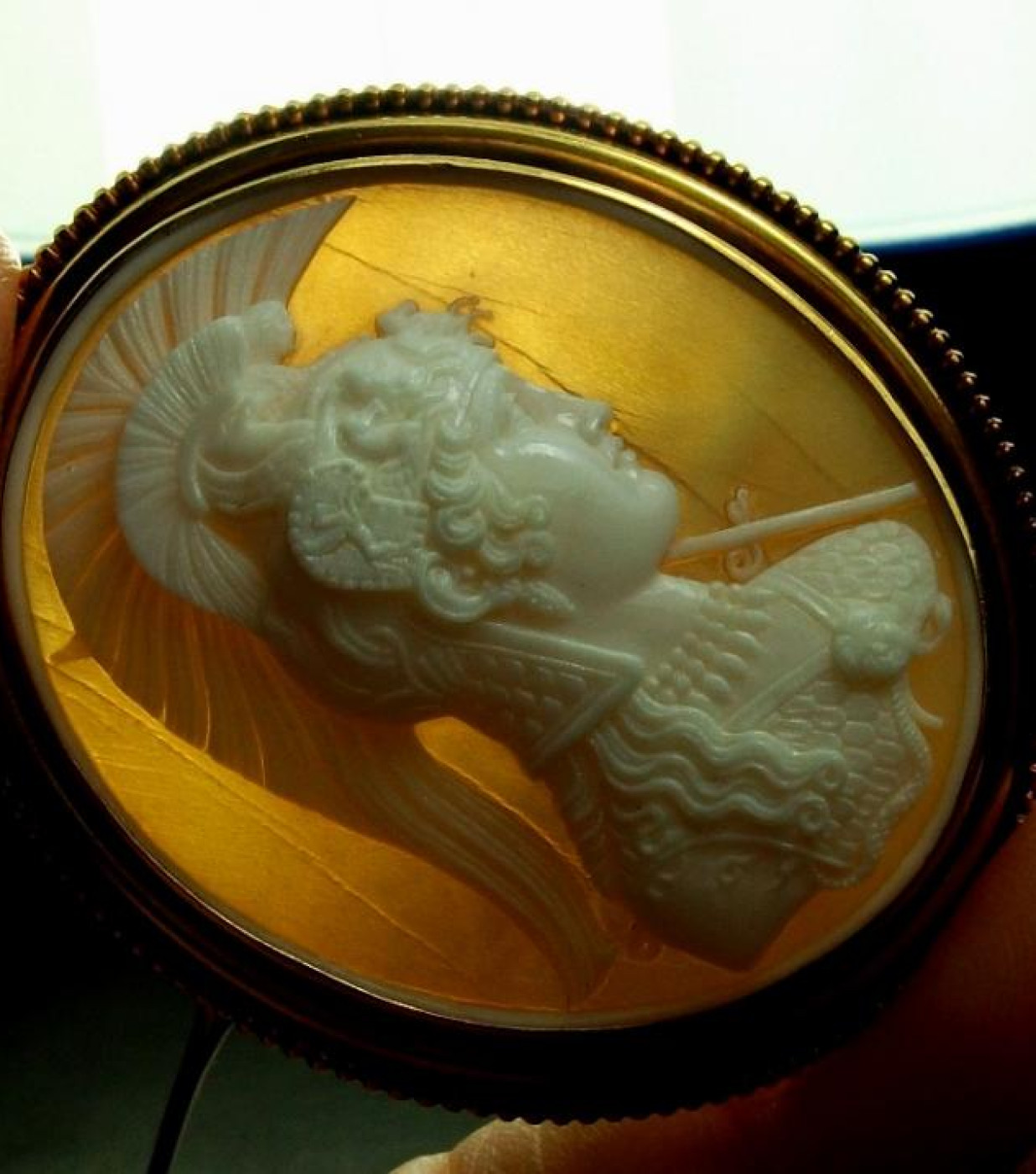 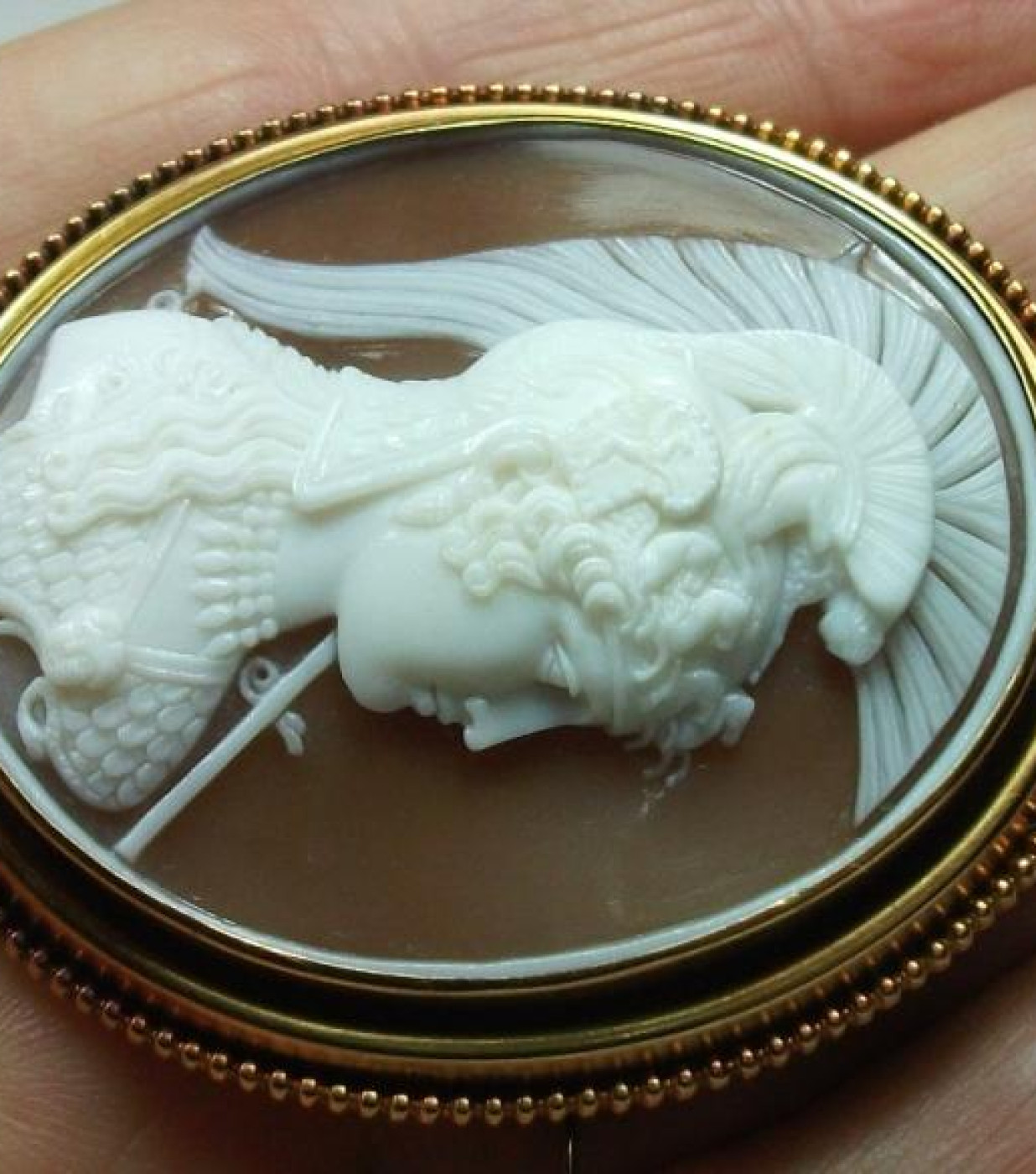 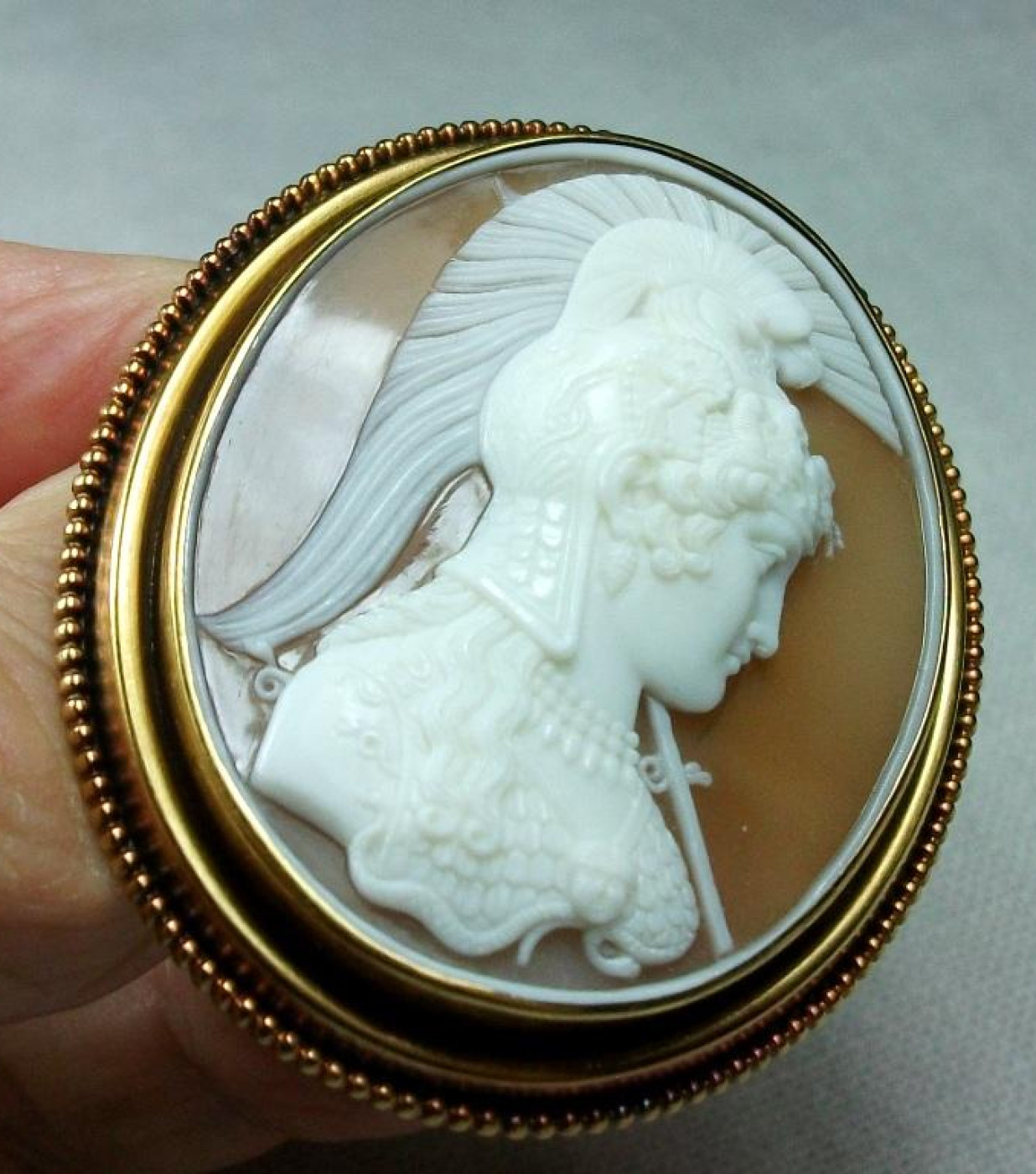 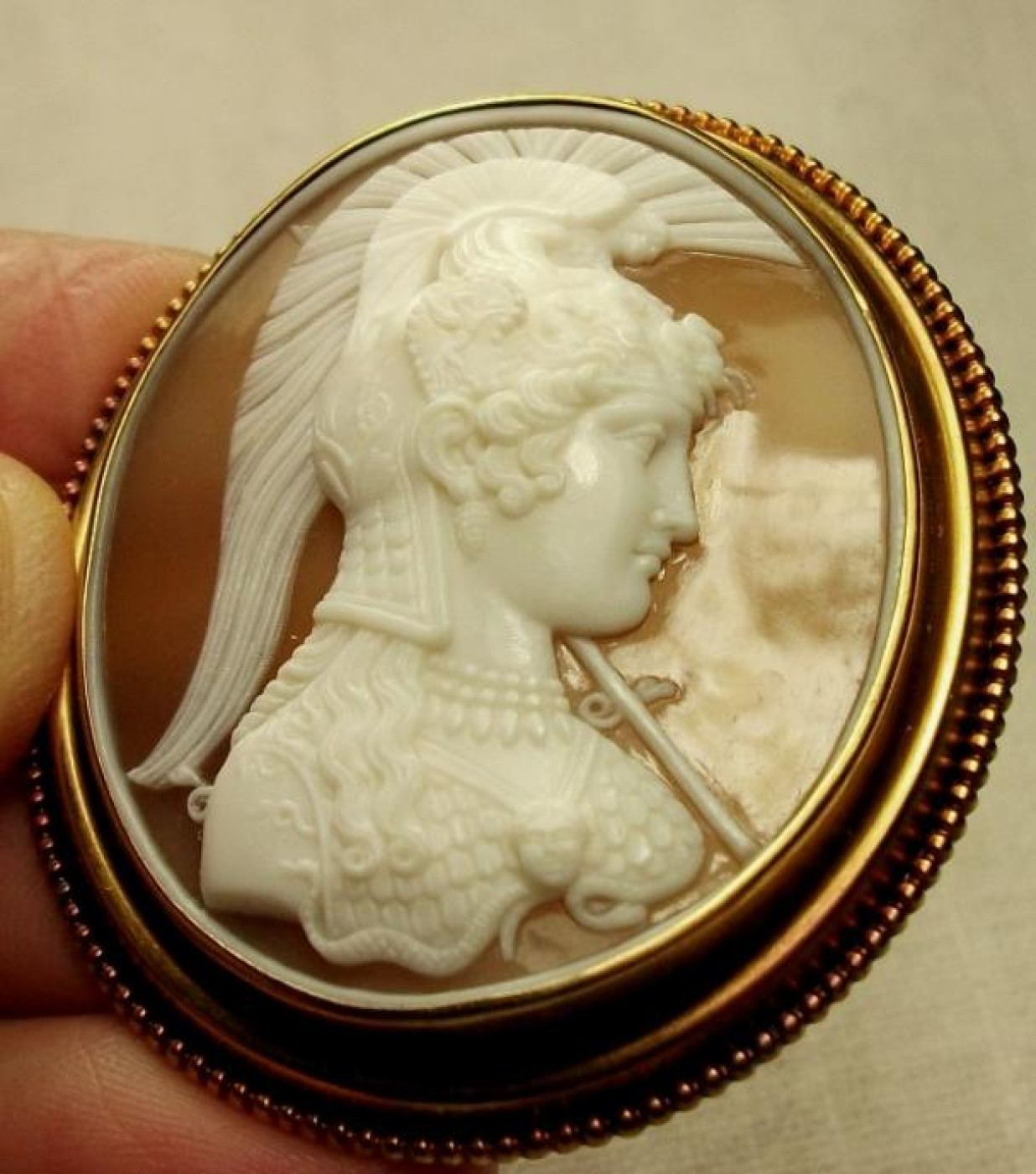 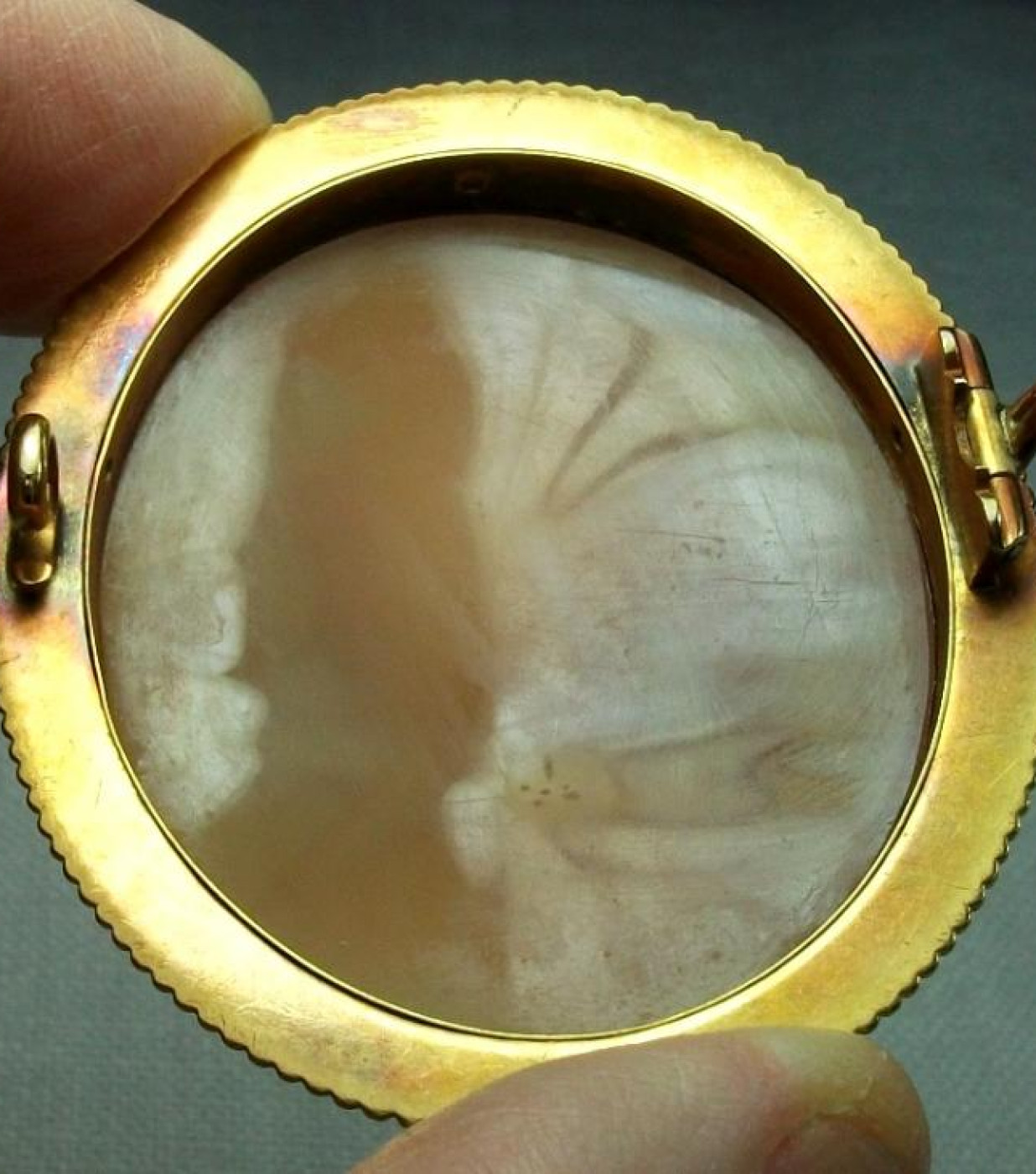 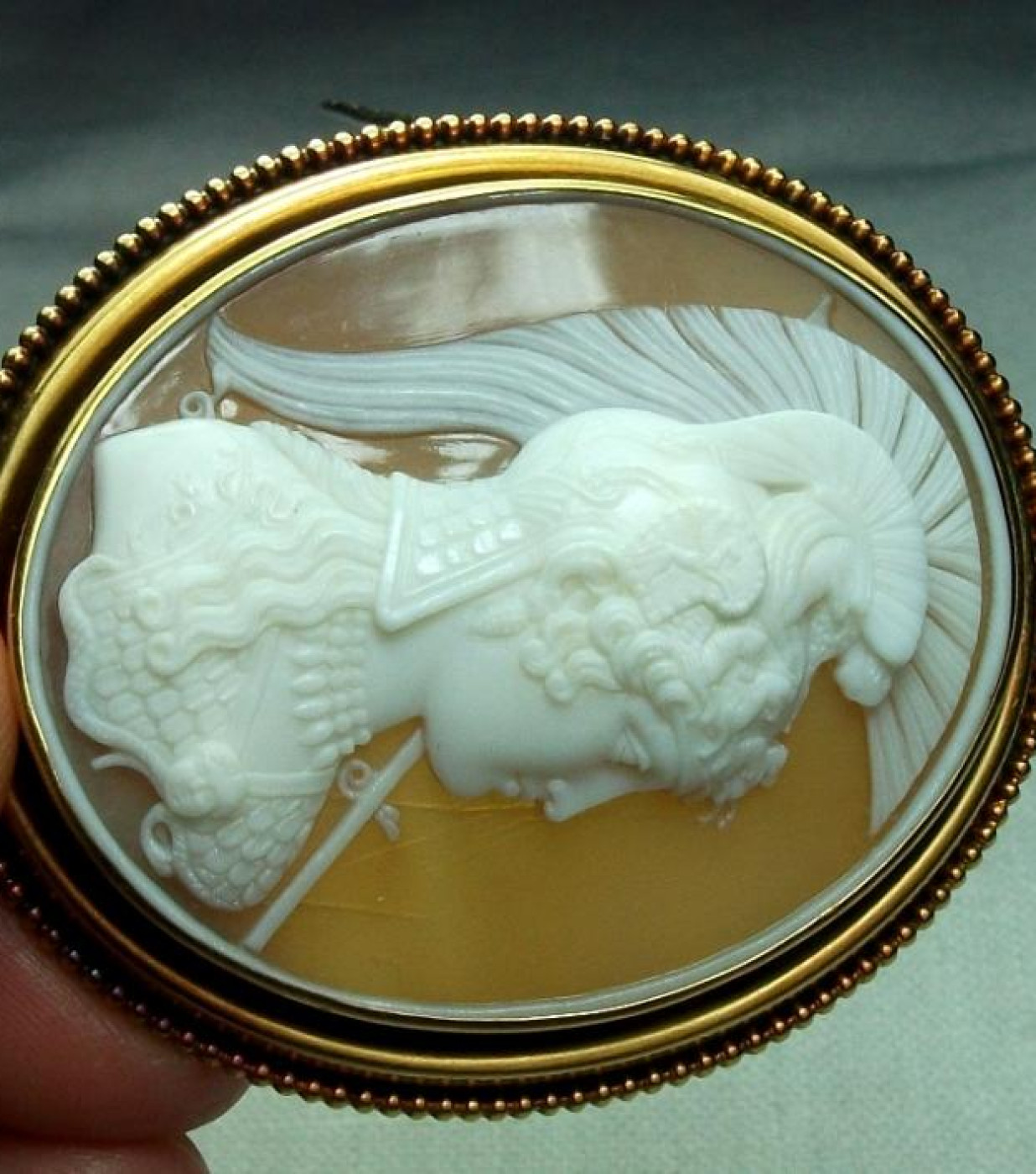 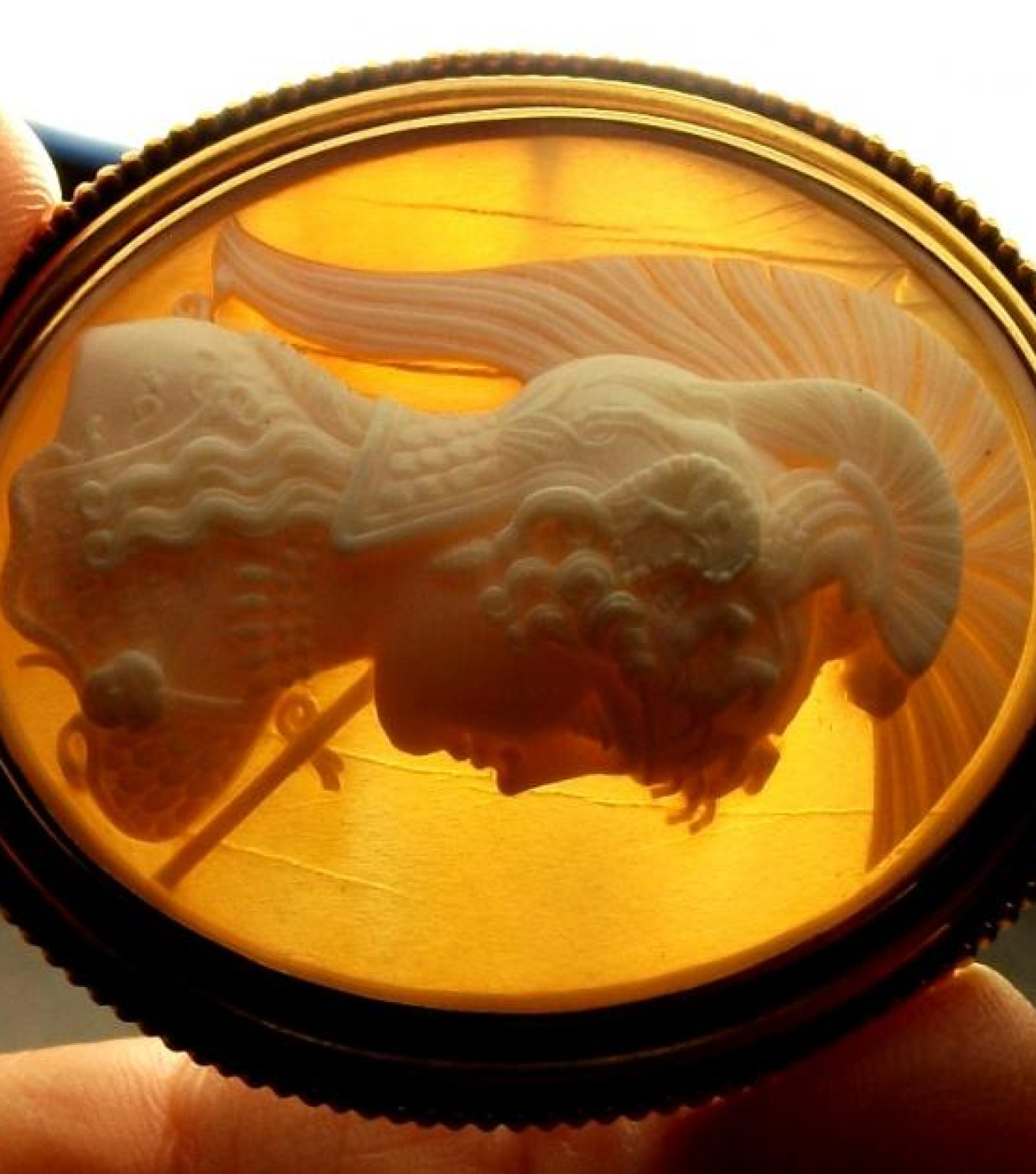 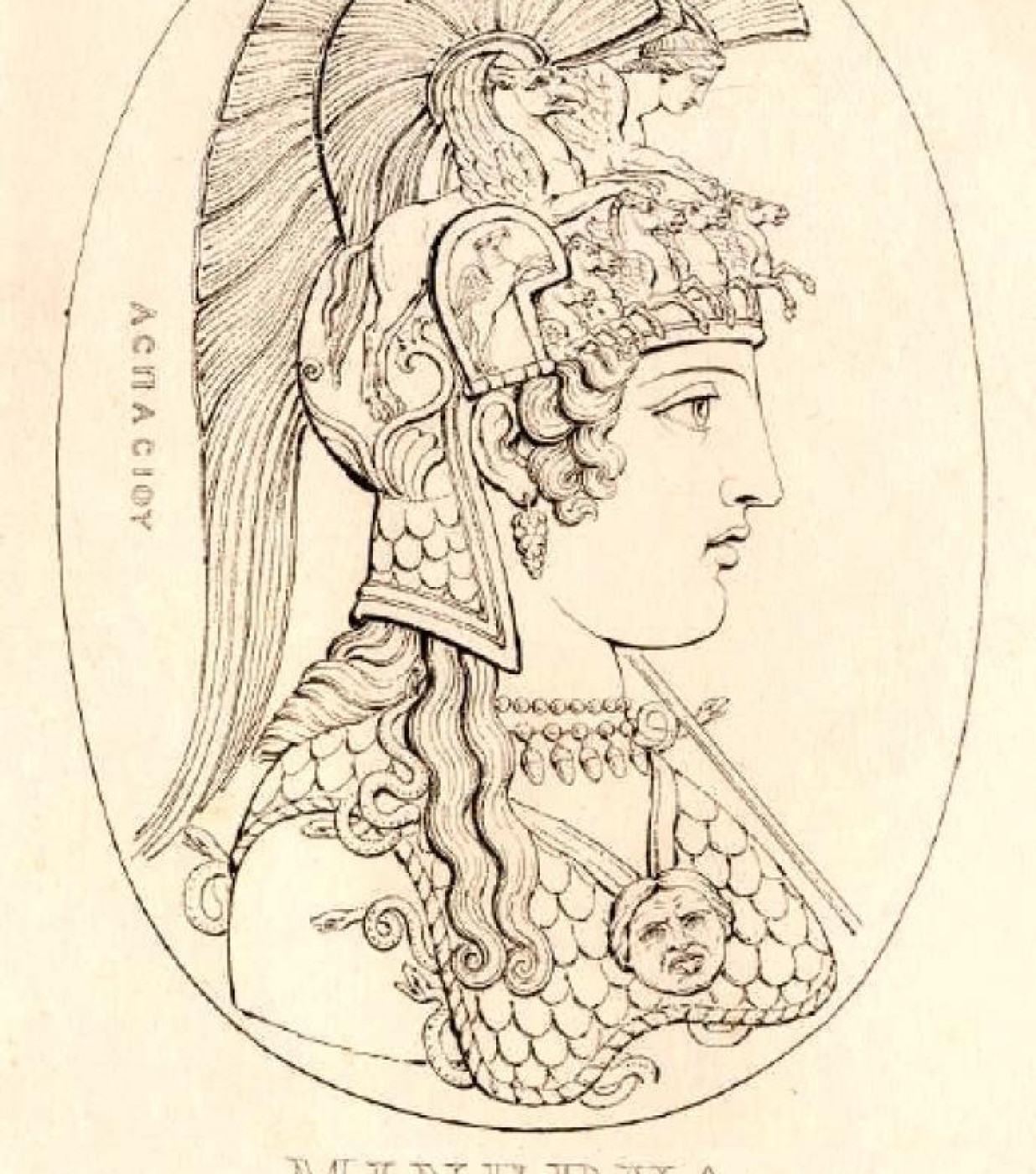 Museum quality cameo depicting Athena Parthenos in all of her beauty, very finely carved. The subject is after a sculpture of Phidias. The original statue was lost but there are several Roman copies located in Italian, French and Greek Museums. Athena is here portrayed with her sumptuous helmet with a Greek sphinx in the middle and winged horses on the side, On her breast there is the head of Medusa that Perseus gave her after he killed the Gorgon. I have had only four of these subjects and only three of them so finely carved like this one. Each detail is superbly and finely carved. Her helmet is an explosion of stunning details and her curly hair masterly carved like everything in this cameo. A wonderful cameo hard to find and in mint conditions. This is an incredible work of art, very detailed cameo, carved by an artist. Rarest cameo and subject, very desirable collectors' piece.

In the Greek mythology Athena, daughter of Zeus, was the goddess of  Wisdom, of the Weaving, of the Arts, and, presumably, of the noblest sides of the War, while the violence and the cruelty were part of  the dominion of Ares. The sacred symbols were the owl and the olive. She is almost always represented with a helmet or a shield and with the Aegis (a short armour with fringes) with in the center the head of  Medusa given by Perseus to Athena in sign of thanks for the help had when he faced the Medusa. Athena never had an husband or lover and for this she was known like Athena Parthenos (the Virgin Athena), from which the name of the most famous temple dedicated to her, the Parthenon on Athen's Acropolis.