Oustanding Coral Cameo of a Cherub 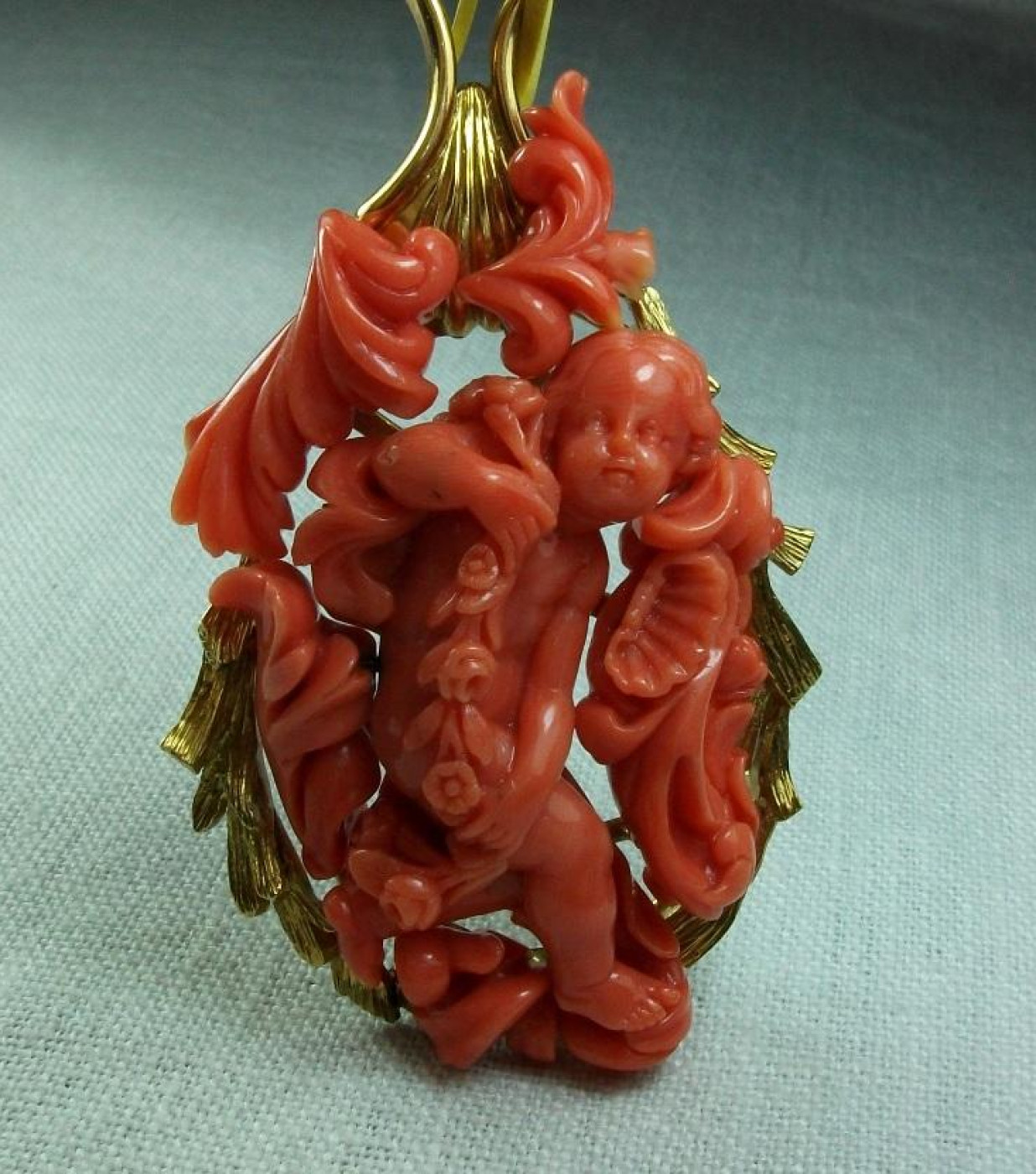 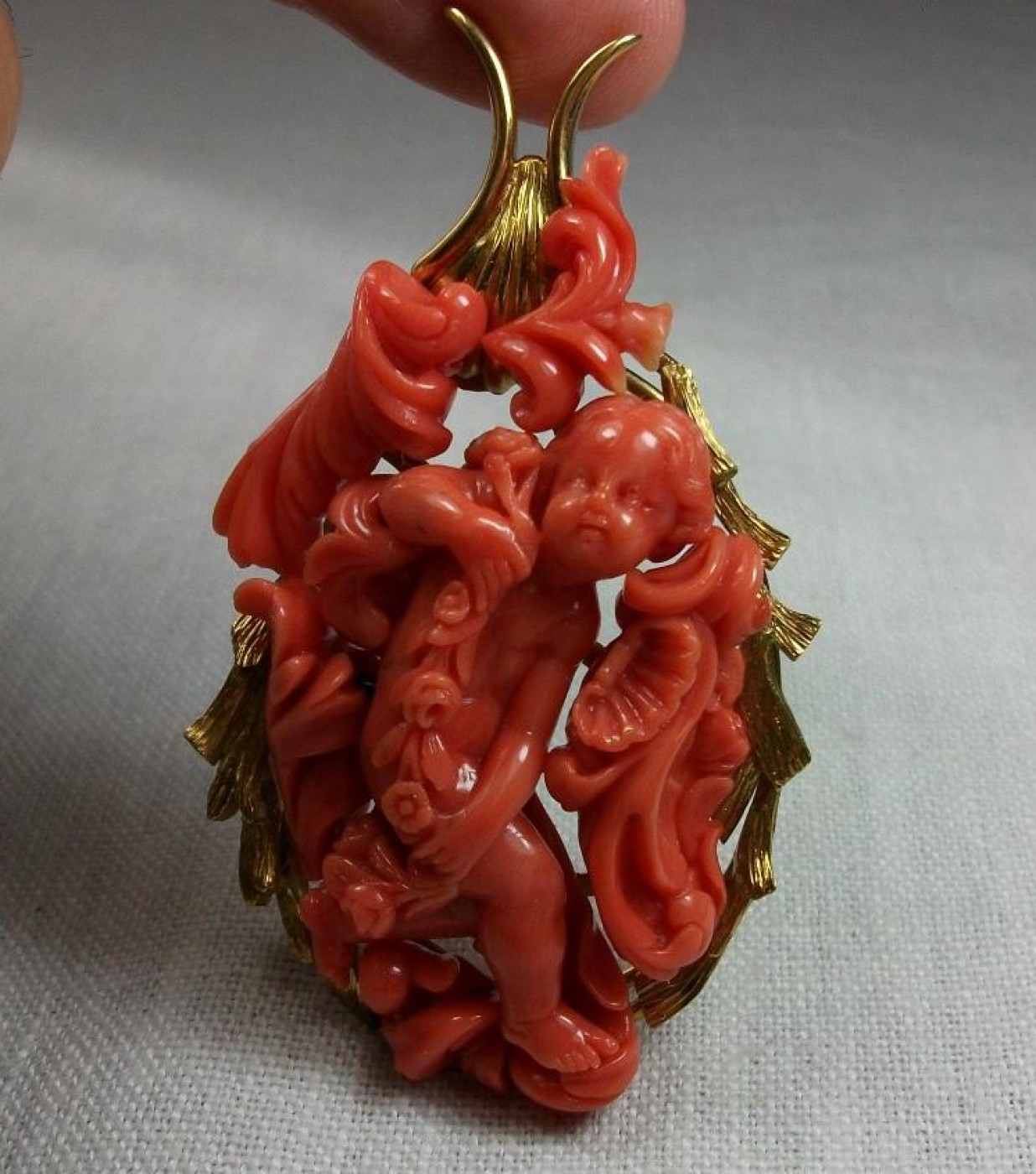 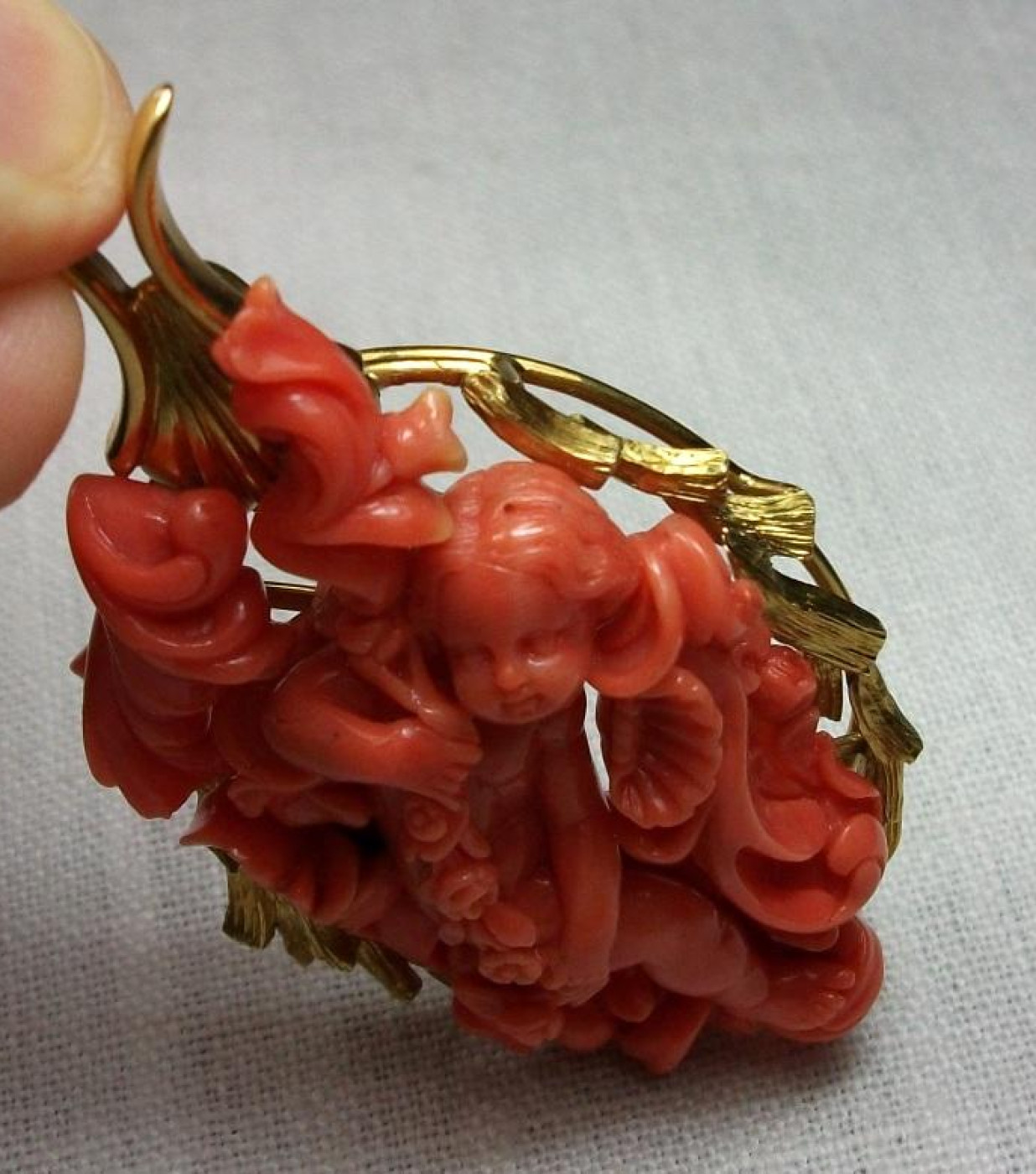 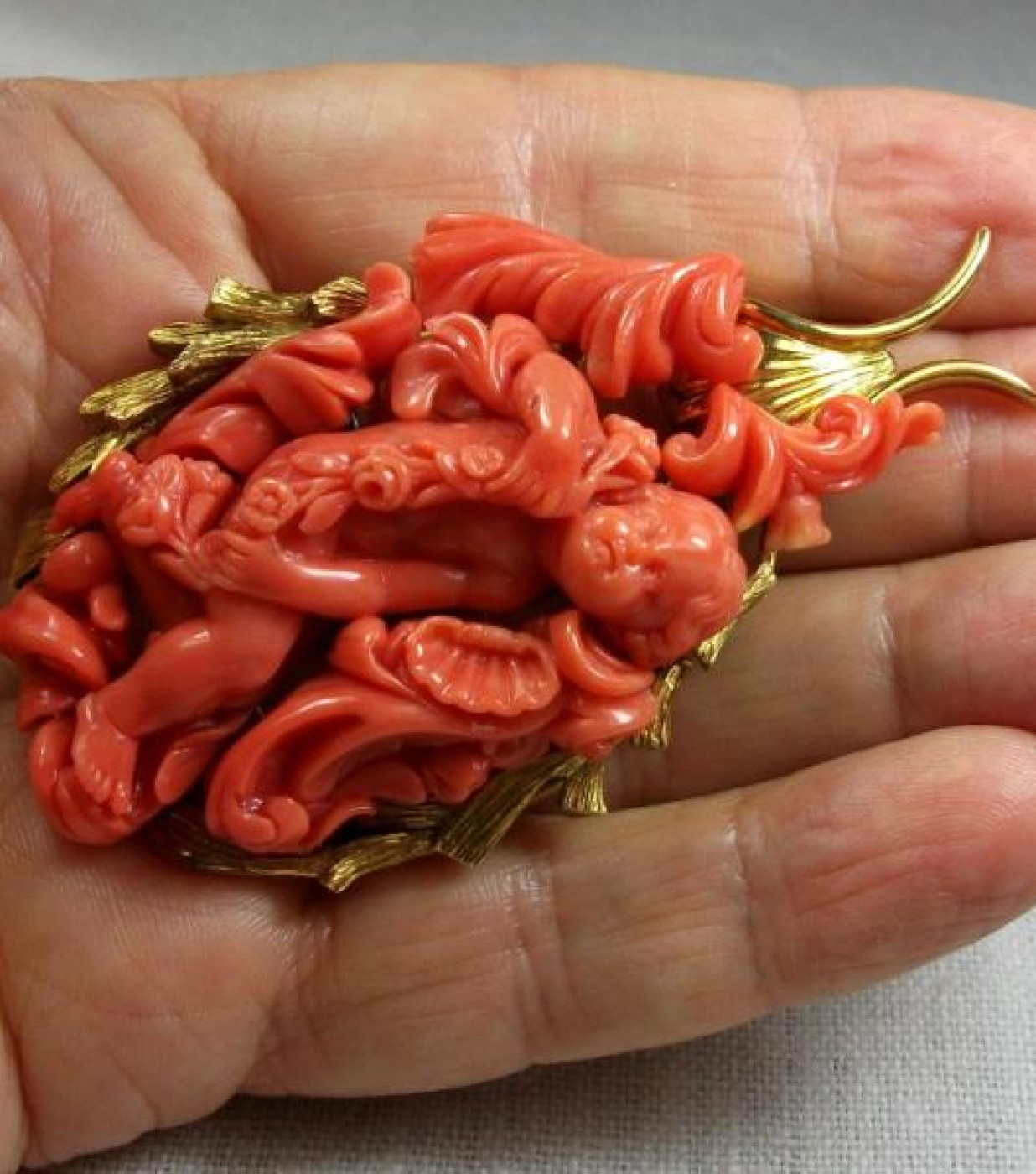 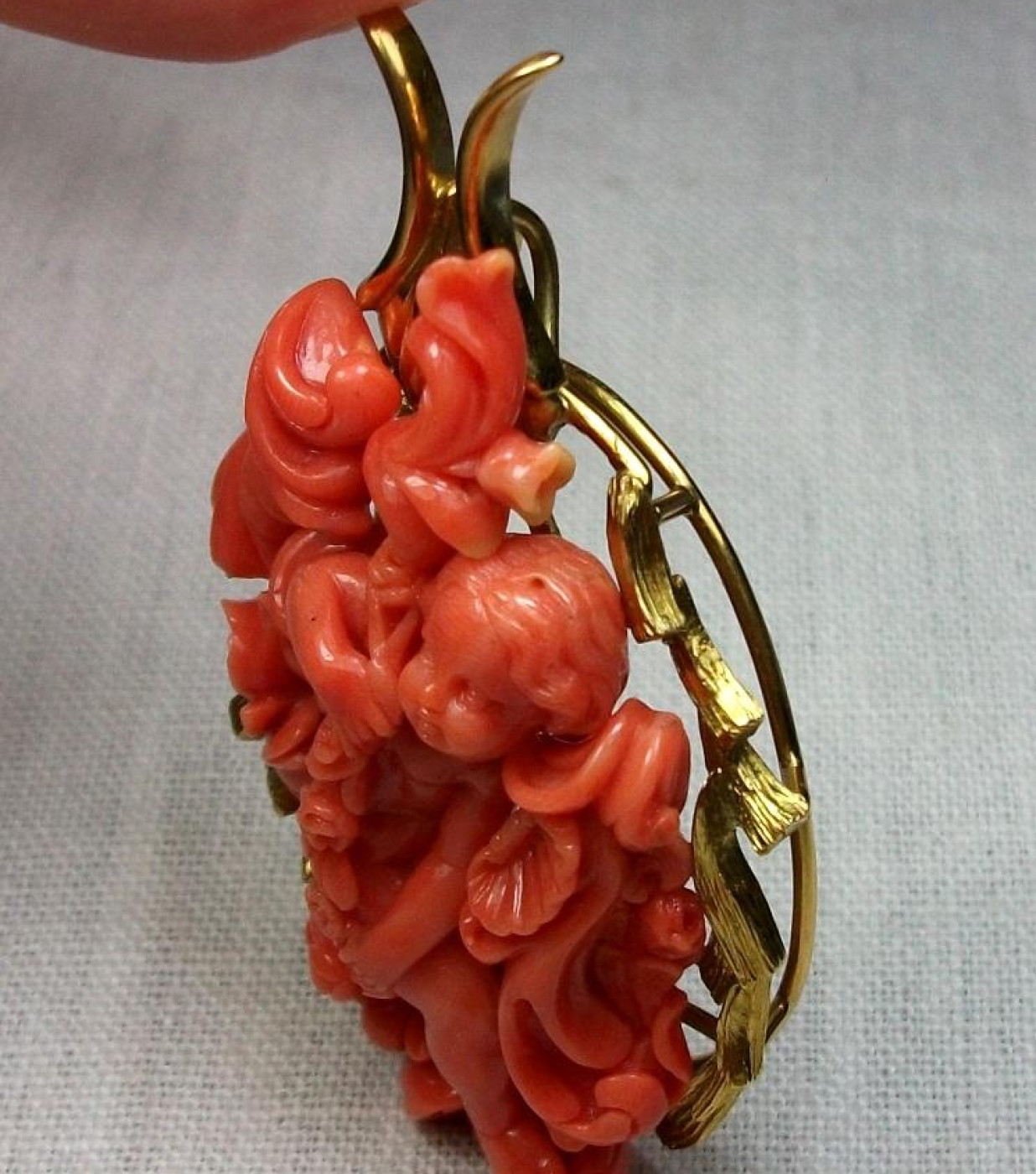 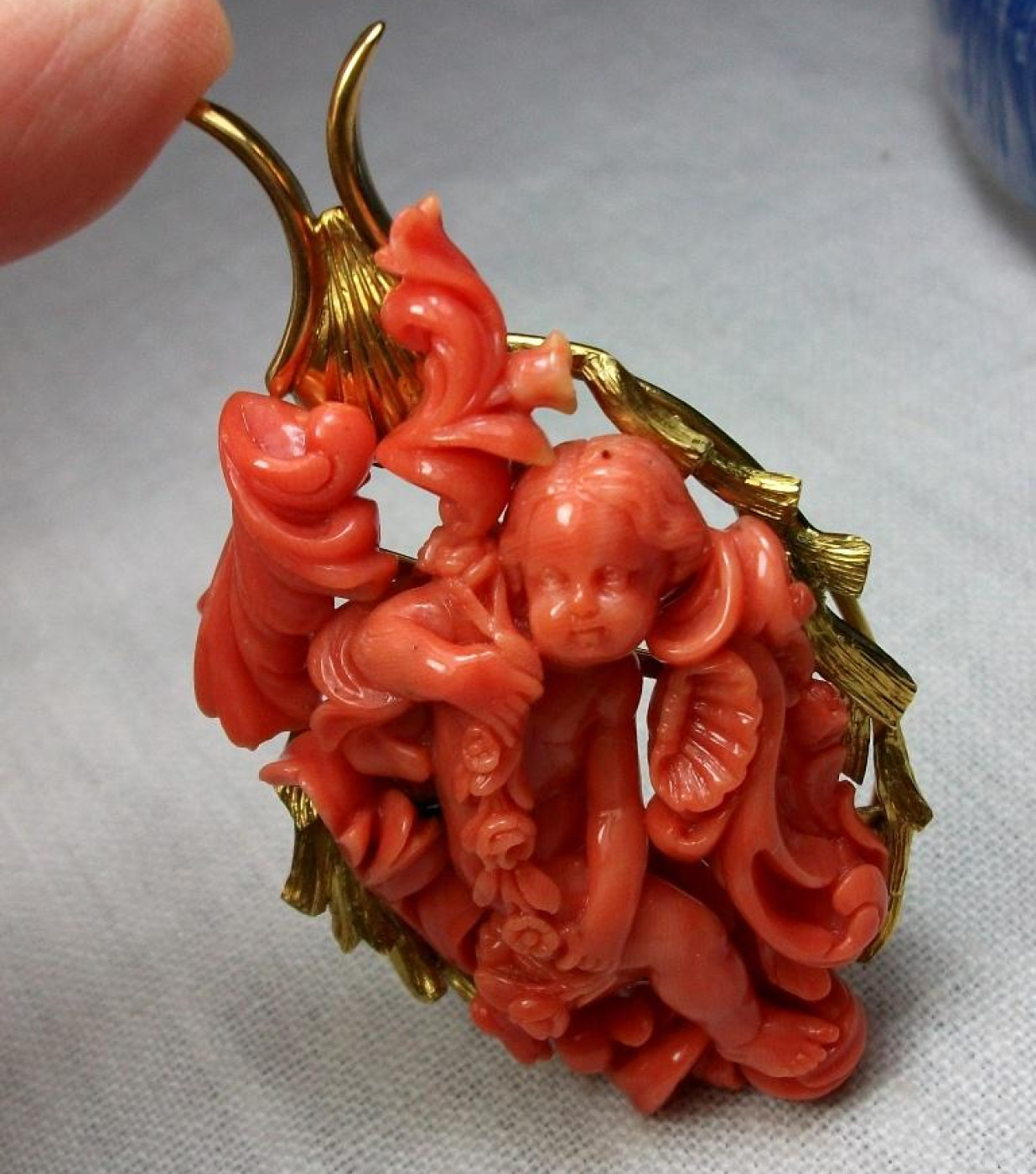 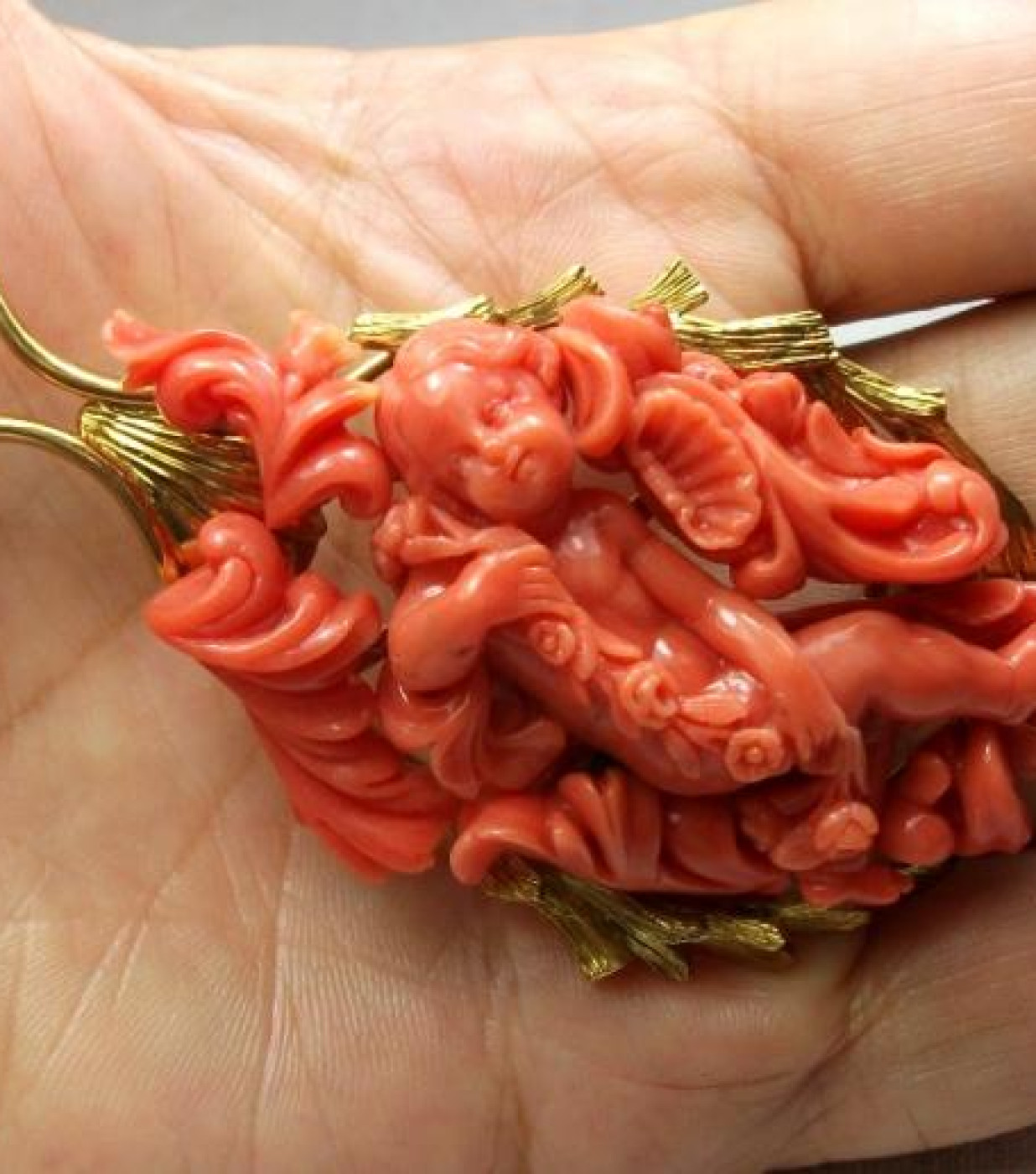 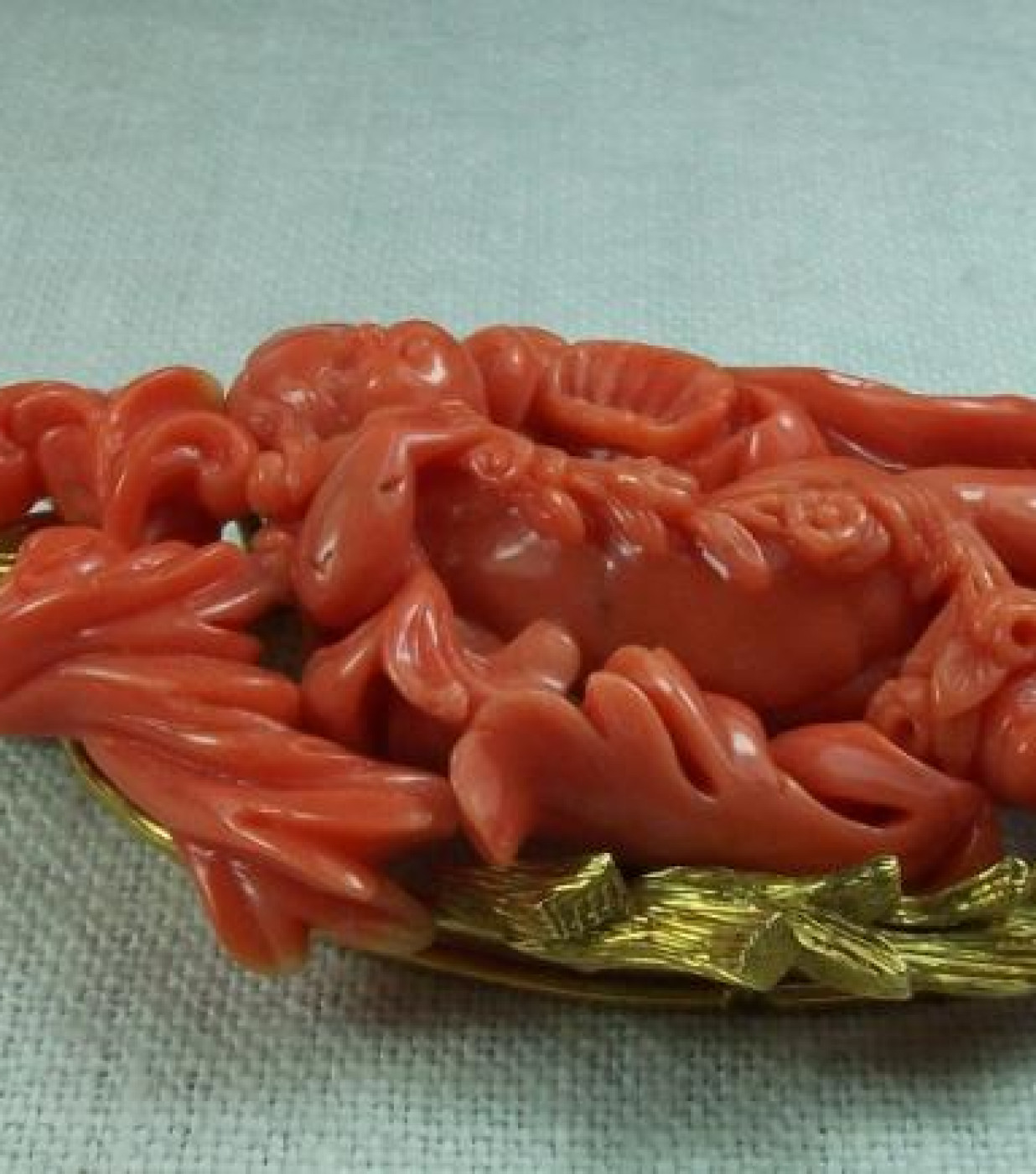 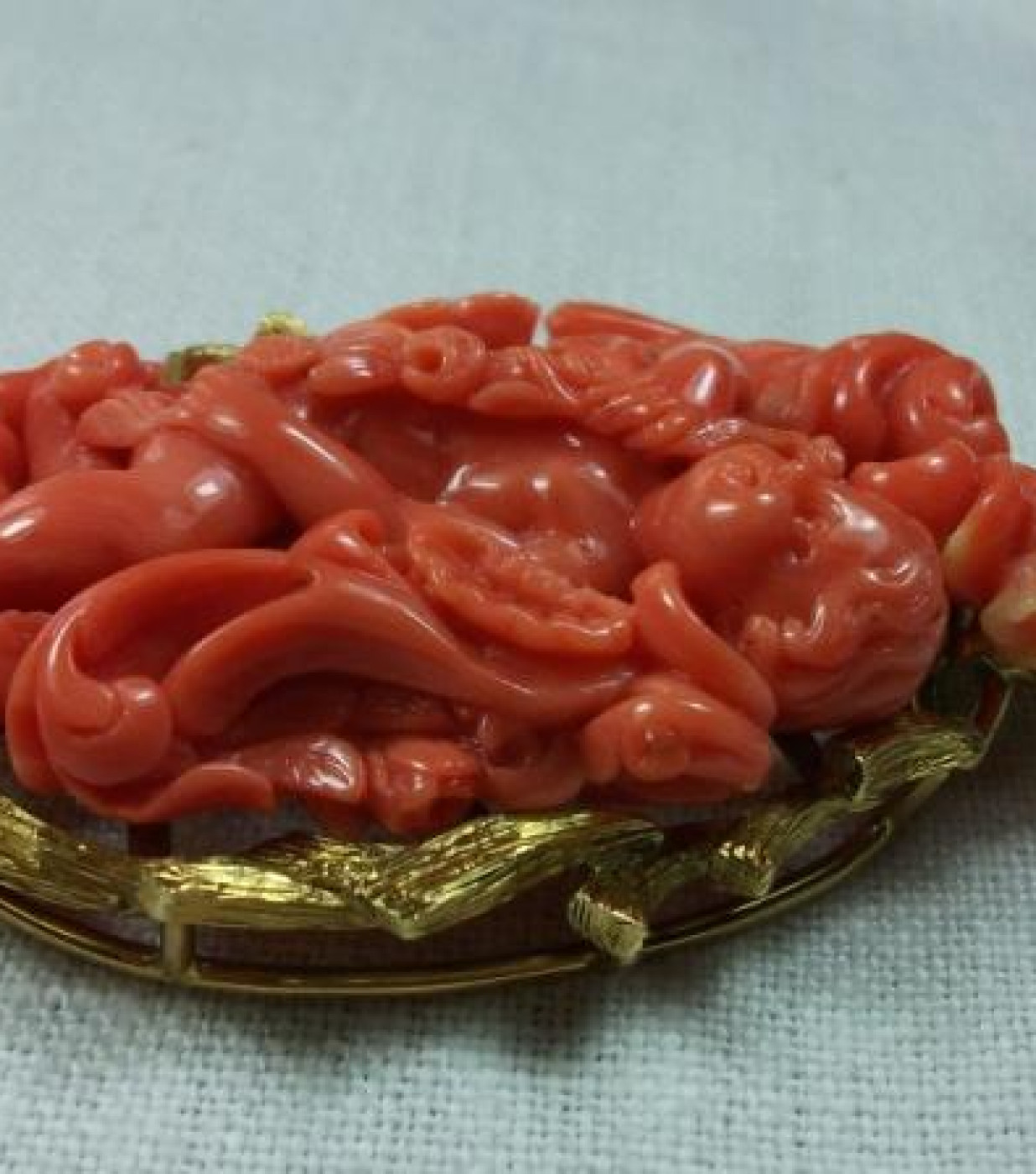 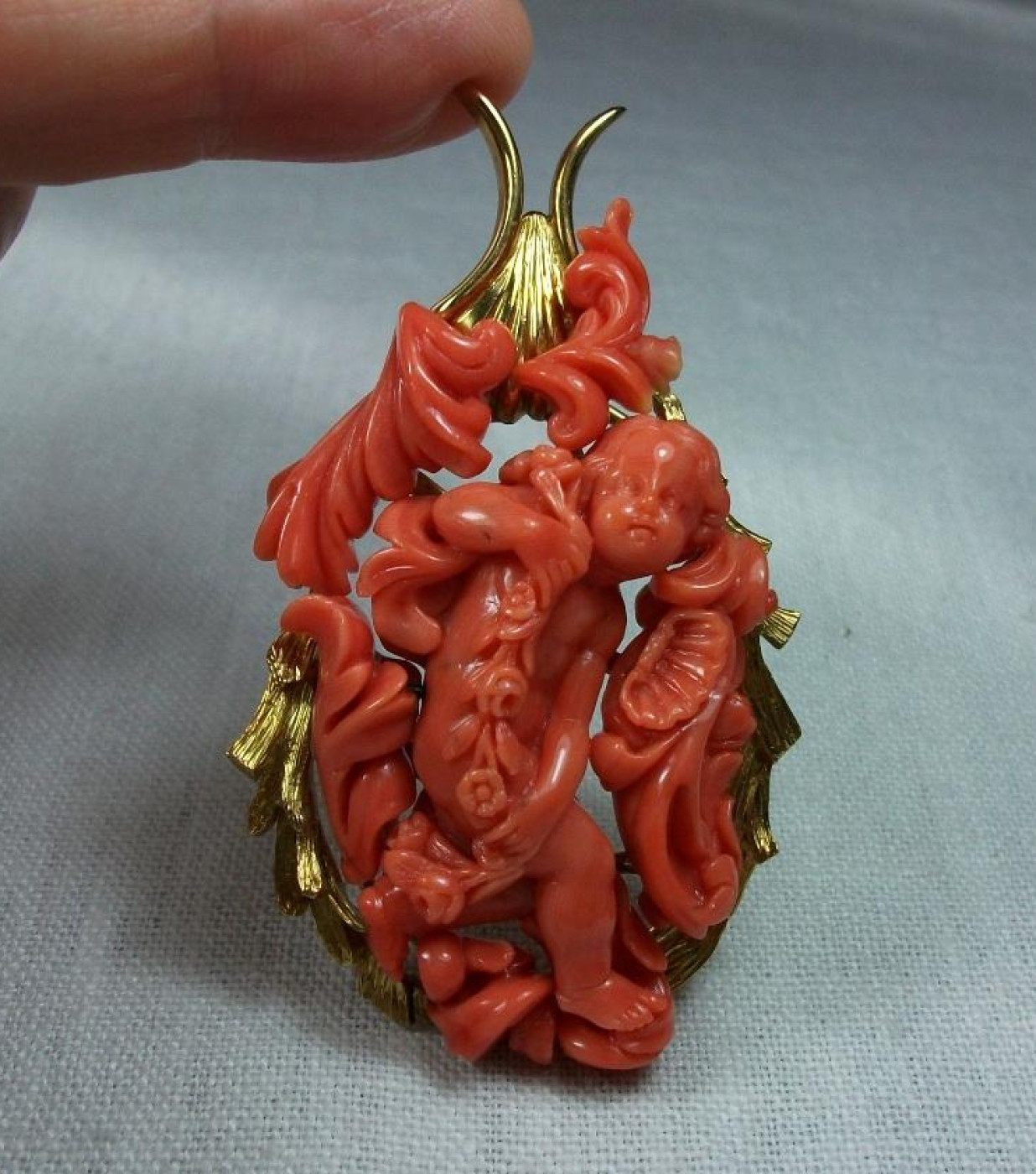 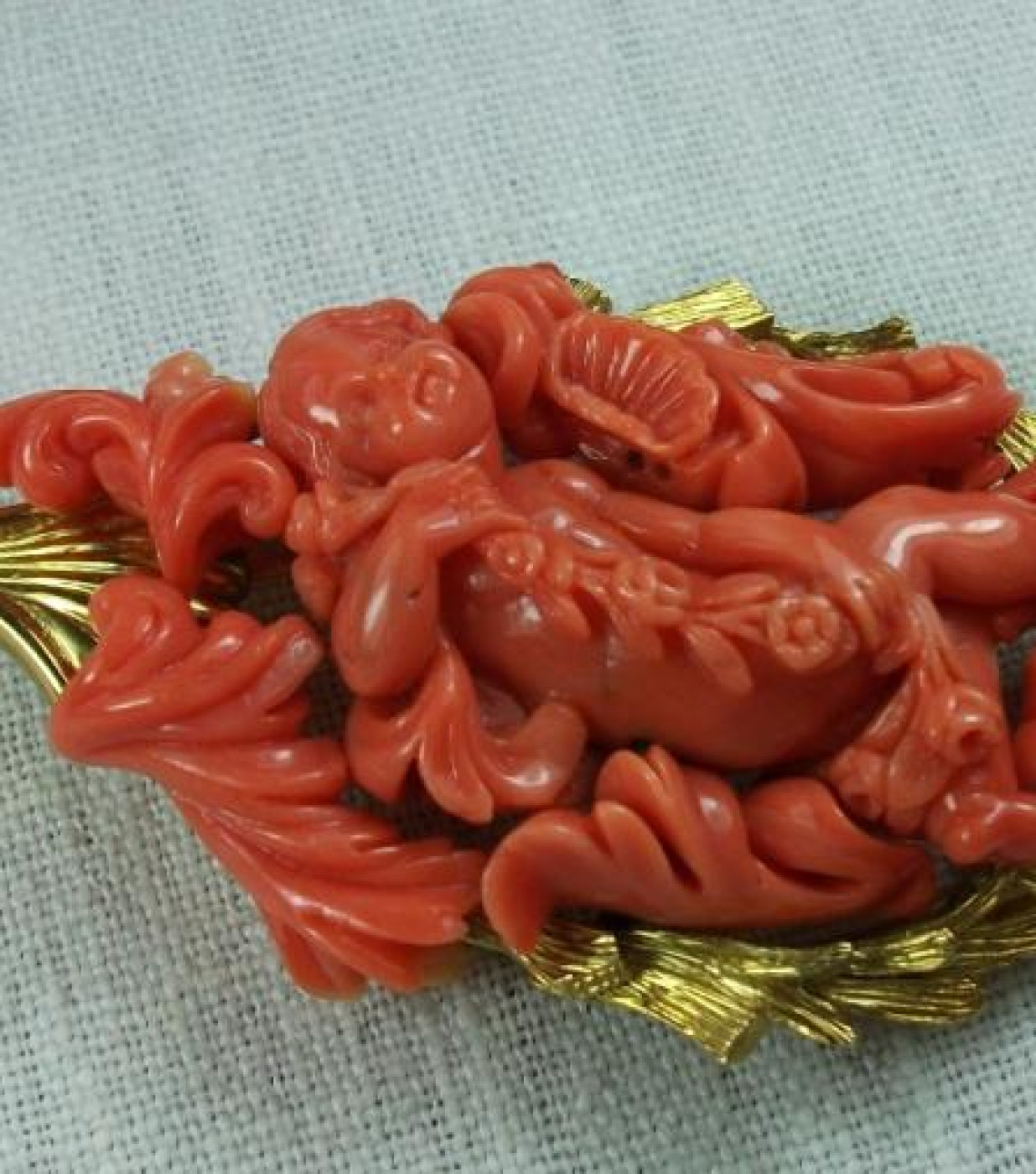 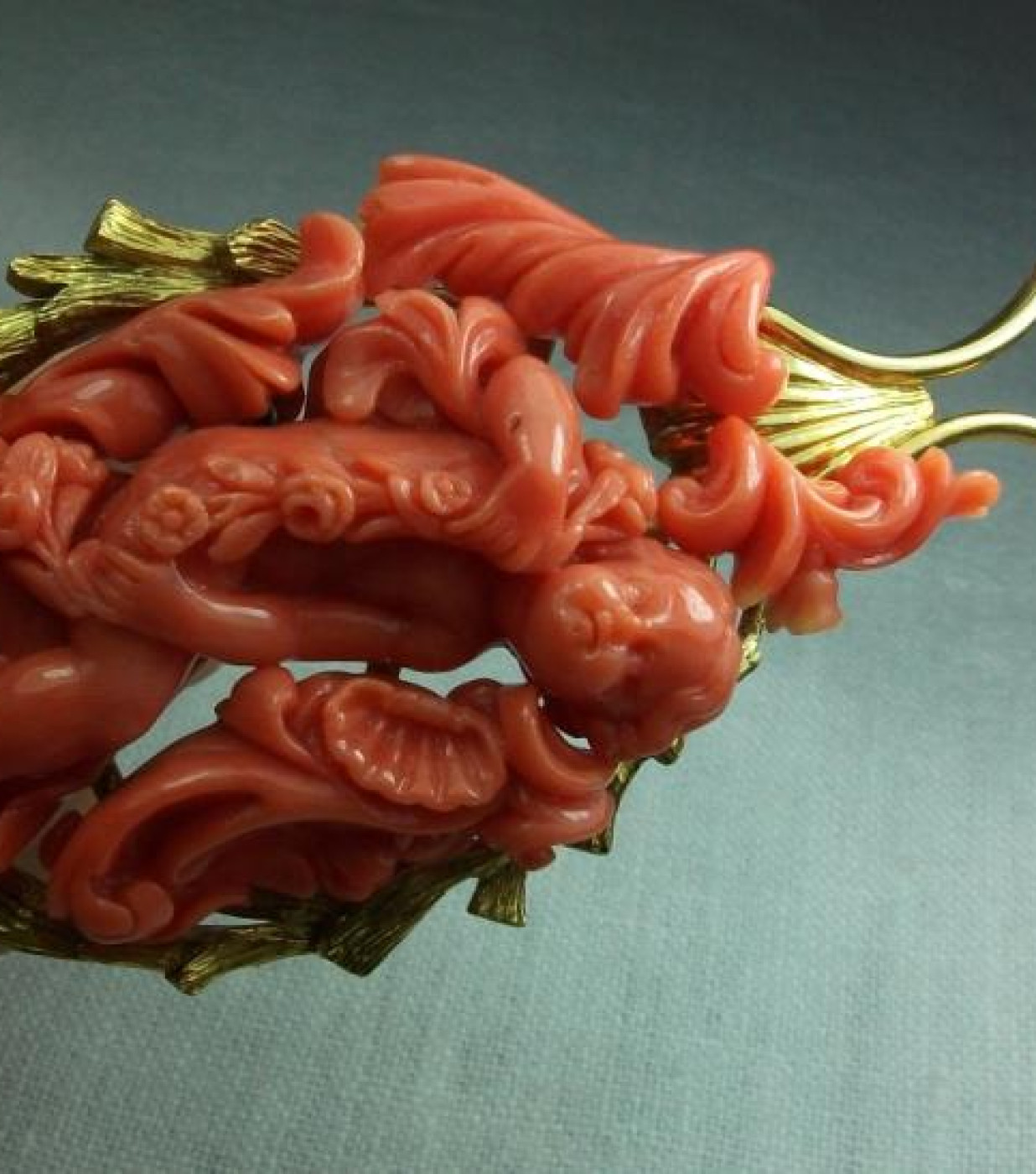 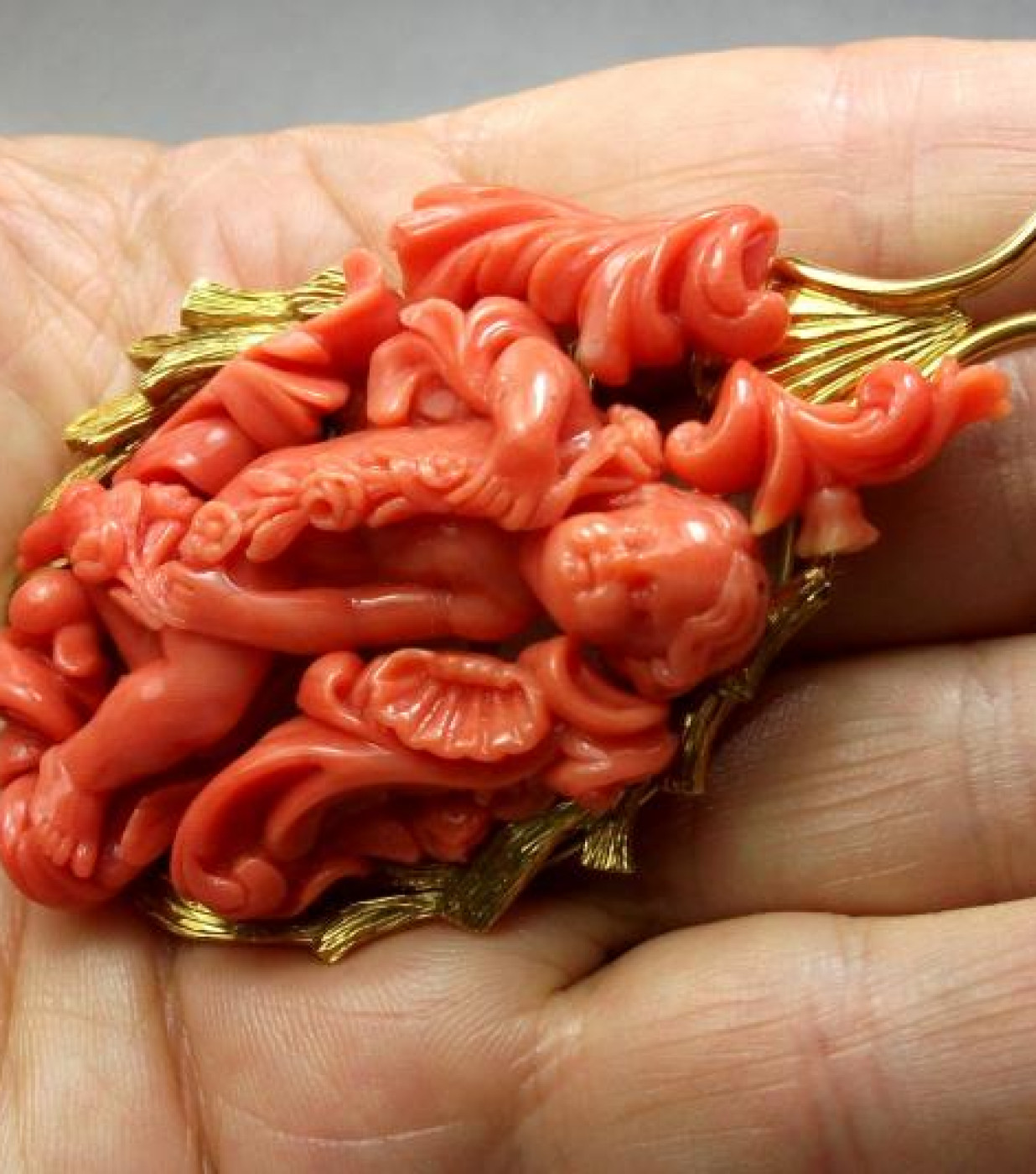 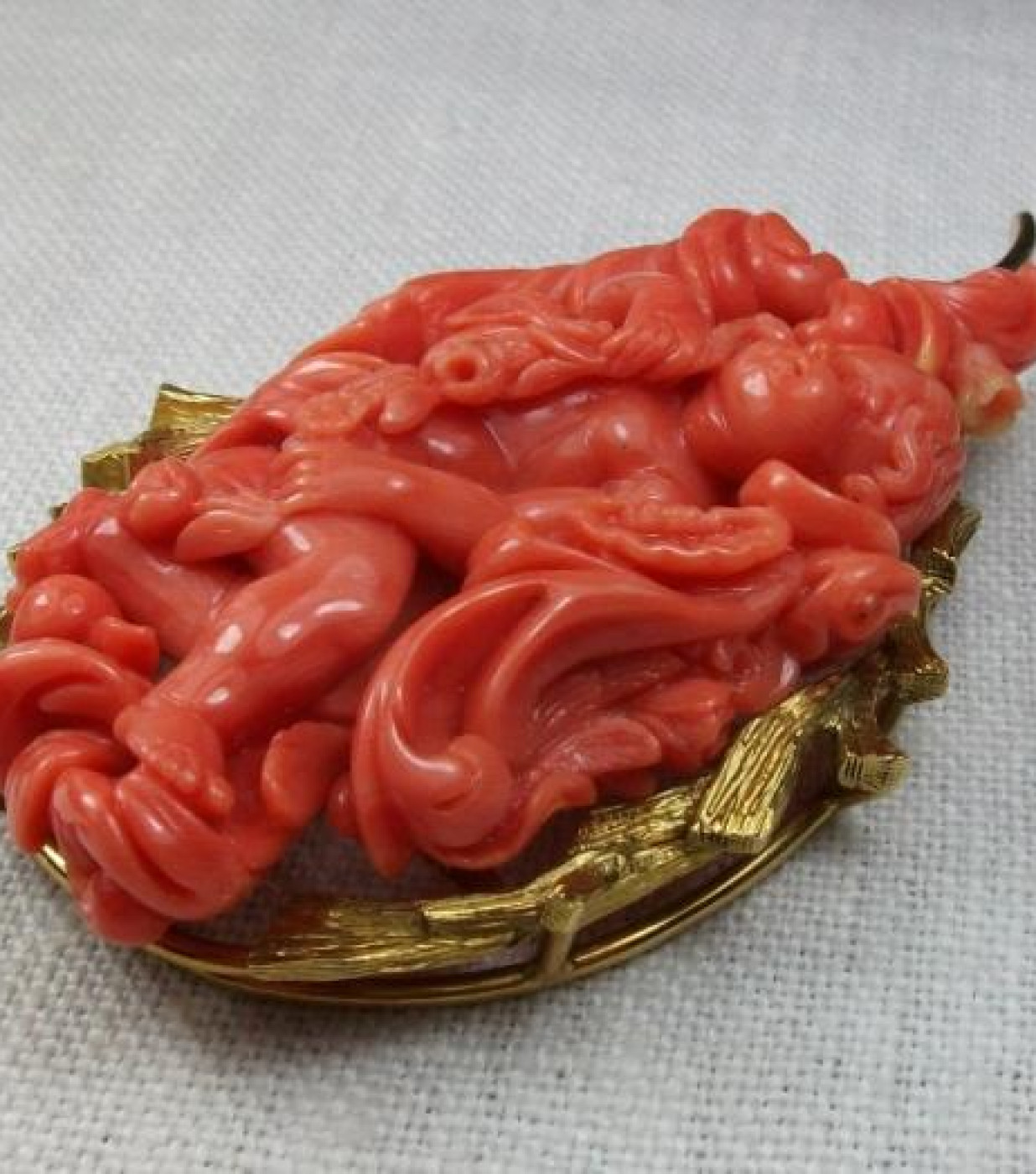 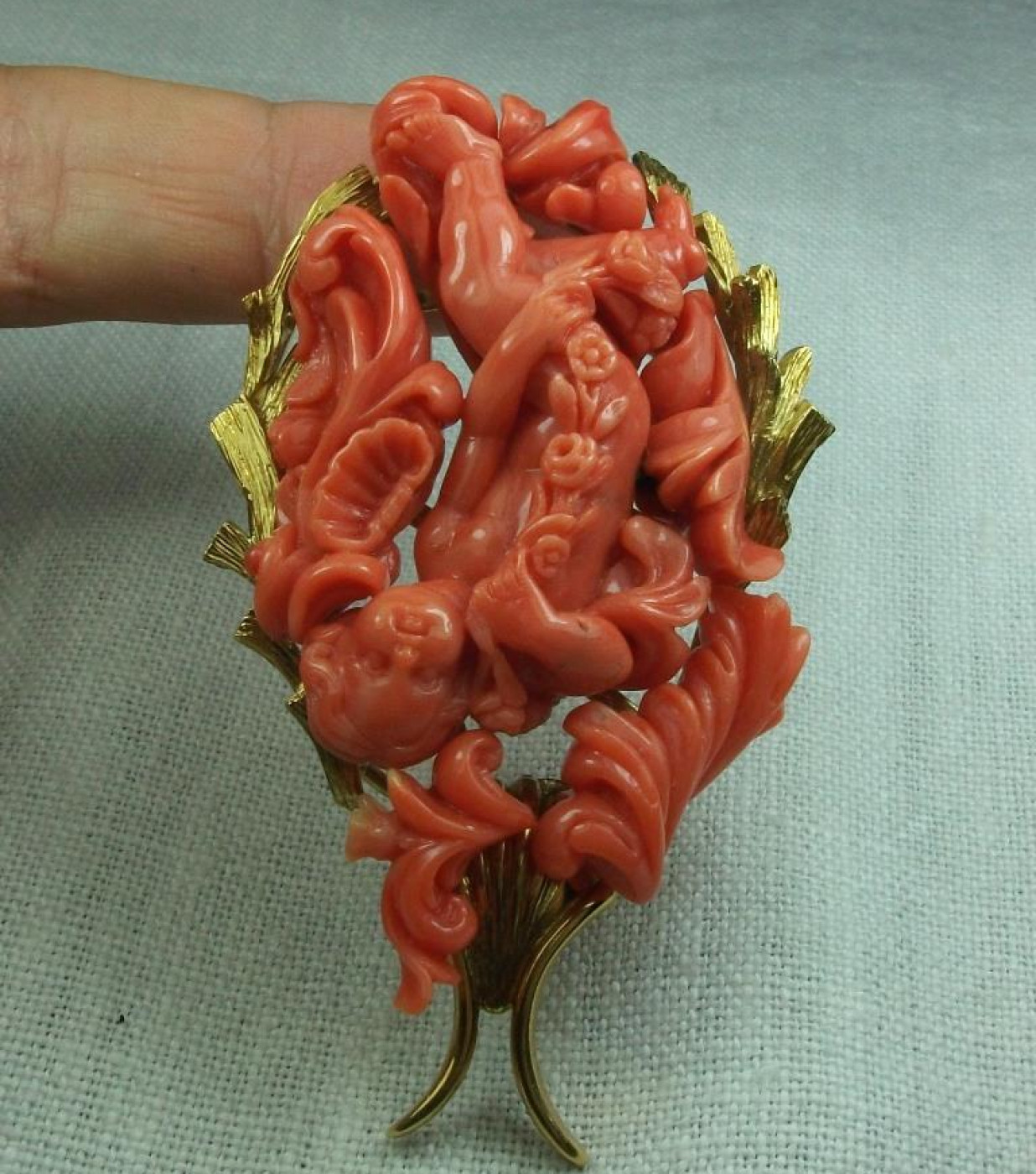 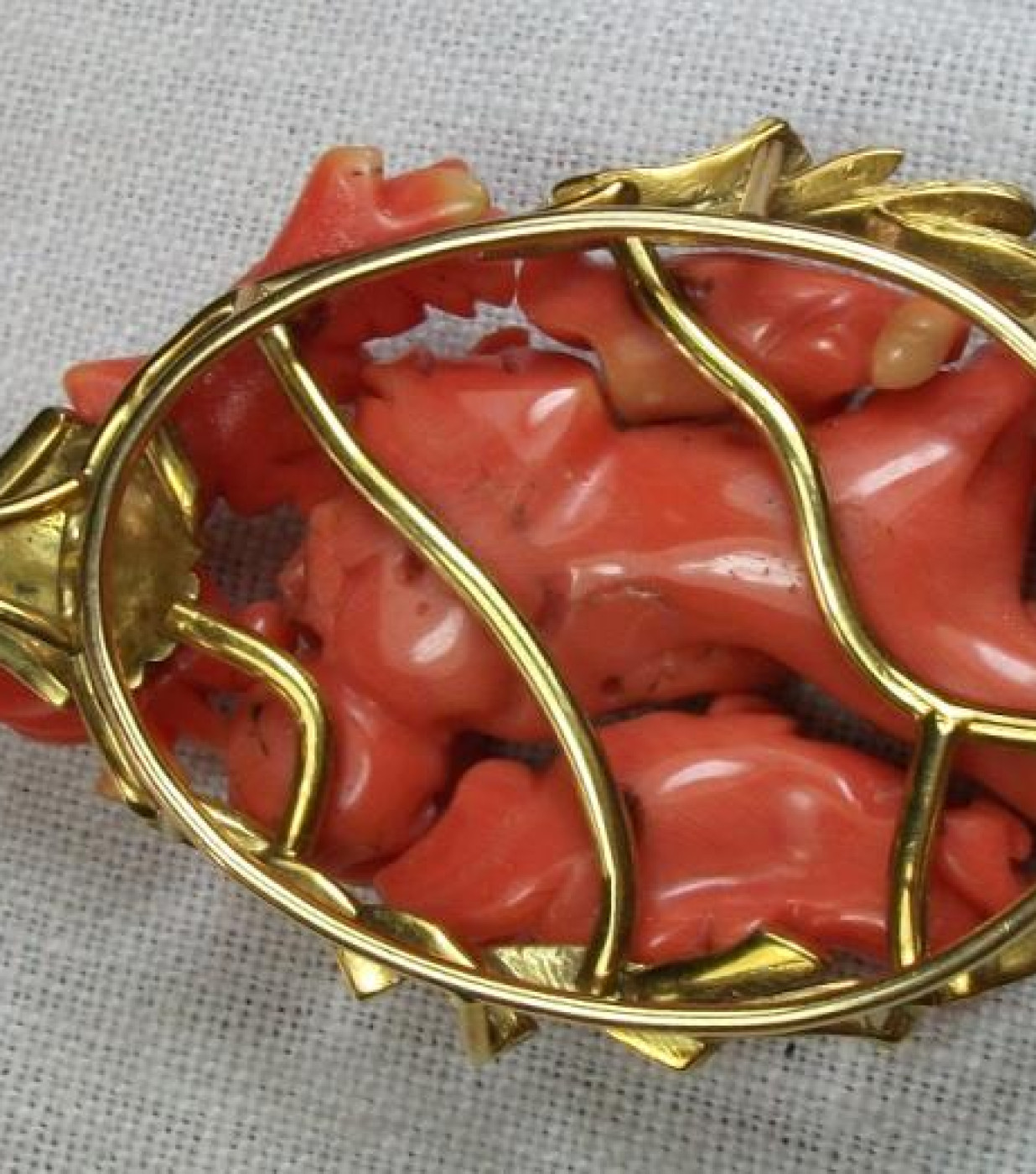 Museum Quality Coral cameo depicting a Cherub carrying a garland of flowers. Have you ever seen a sweetest face? So round and soft that the only thing you would do is kissing it a lot! Cherubs and angels were very popular in the Victorian Era, they were worn as jewels and were symbols of love. This one is very particular because the cameo is composed by carved coral segments and then they have been assembled to form the sculpture that we can see. The cameo is made from Sciacca Coral, almost This is a piece who really can be displayed in a museum but also it is so wearable! The sweetness of his face is amazing, the carving is more than superb as only the great masters carvers of the past with their skill were able to carve.  Look at how the coral is carved, swags that form an intricate frame around the full cherub figure who is carrying a festoon of flowers. There is  even a shell carved and this subject is even recalled on the top of the frame. This subject is just a coral sculpture, everything is so realistic, the body of the cherub is so well made, the proportions are fantastic, look at his foot, the fingerfoot are perfect, look at how he is carrying the garland and at how the garlans is carved, it is amazing. The carving is really extraordinary, surely the fruit of a greatest master carver that with his painstaking work, his ability, his skill and his art was able to make in the coral a true embroidery with exceptionally true artistic results. This is one of most beautiful coral cameo I have ever seen, the pictures speak by themselves. This is a more than masterly carved coral cameo which is not to be missed. This kind of coral work was made mainly in Sicily in the city of Trapani.