Once in a Lifetime Exceptional Coral Bacchante Cameo 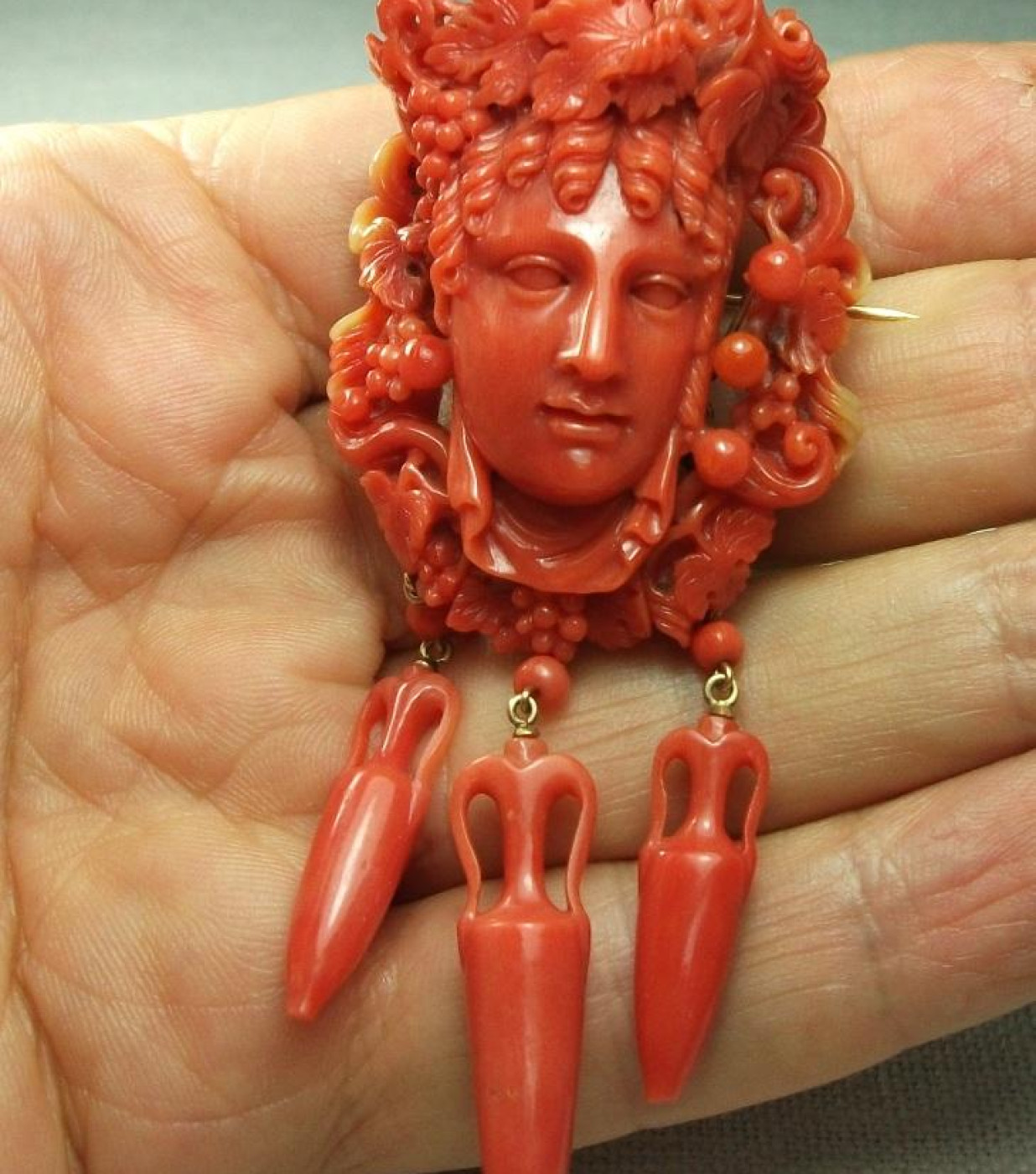 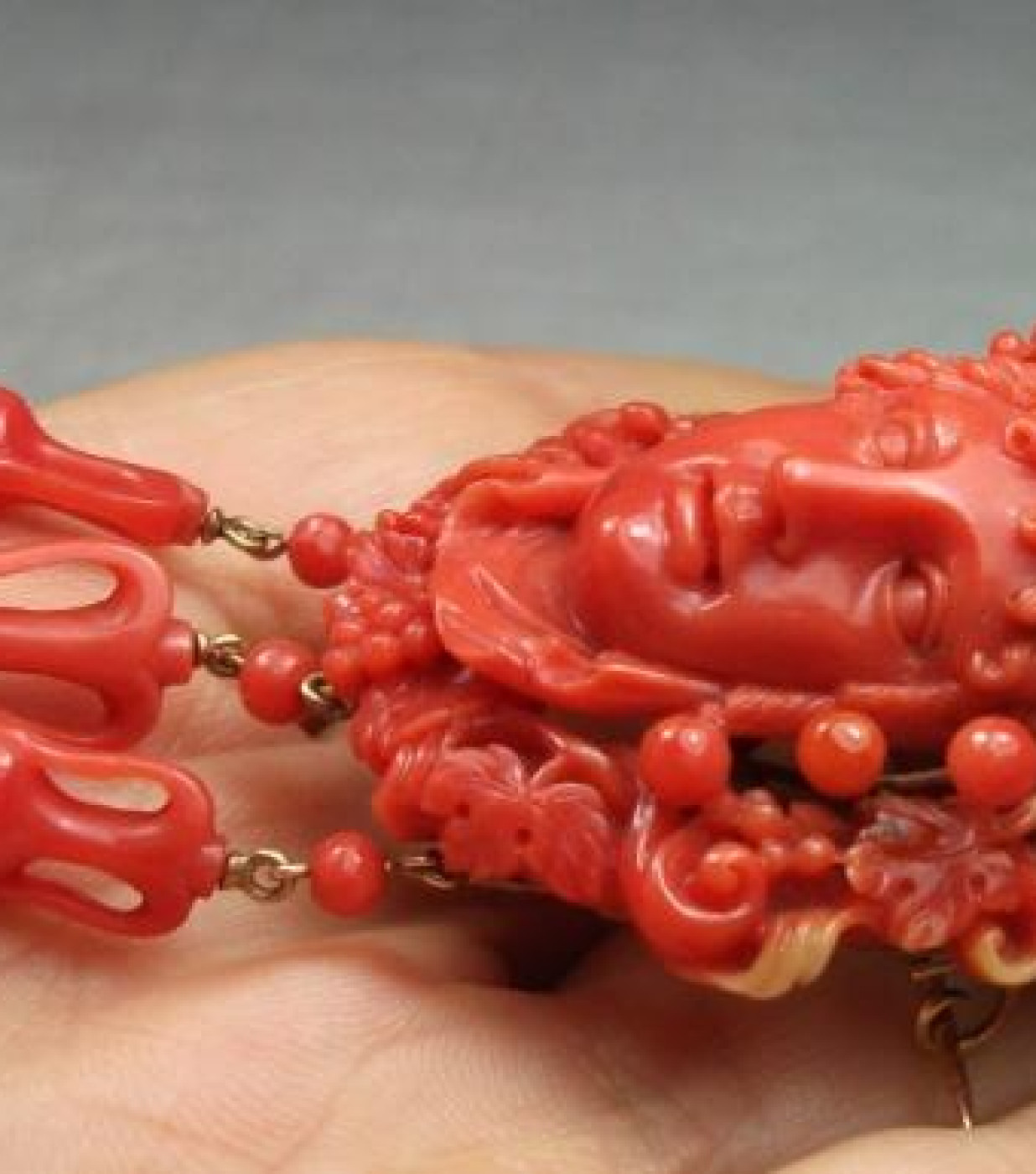 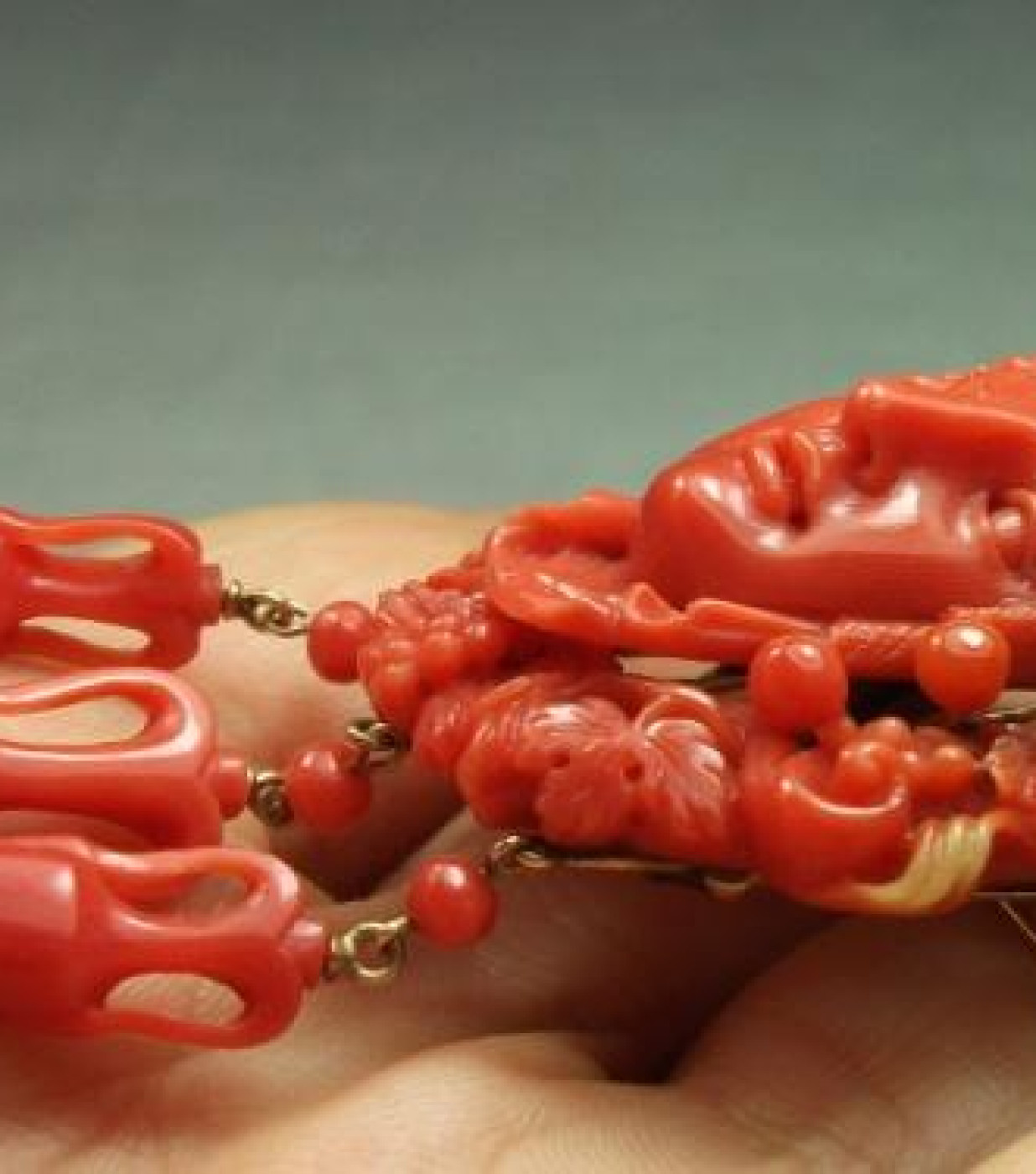 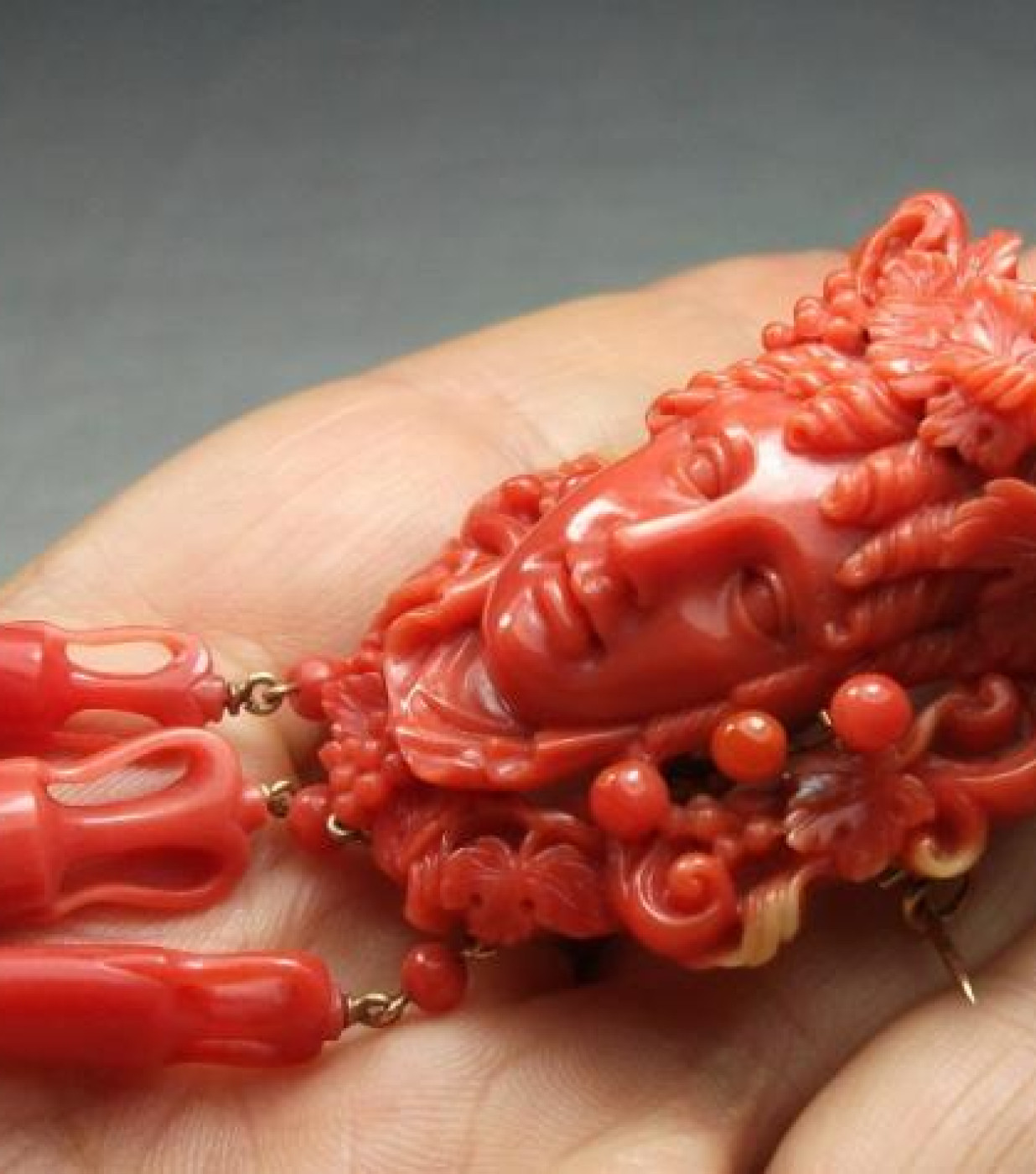 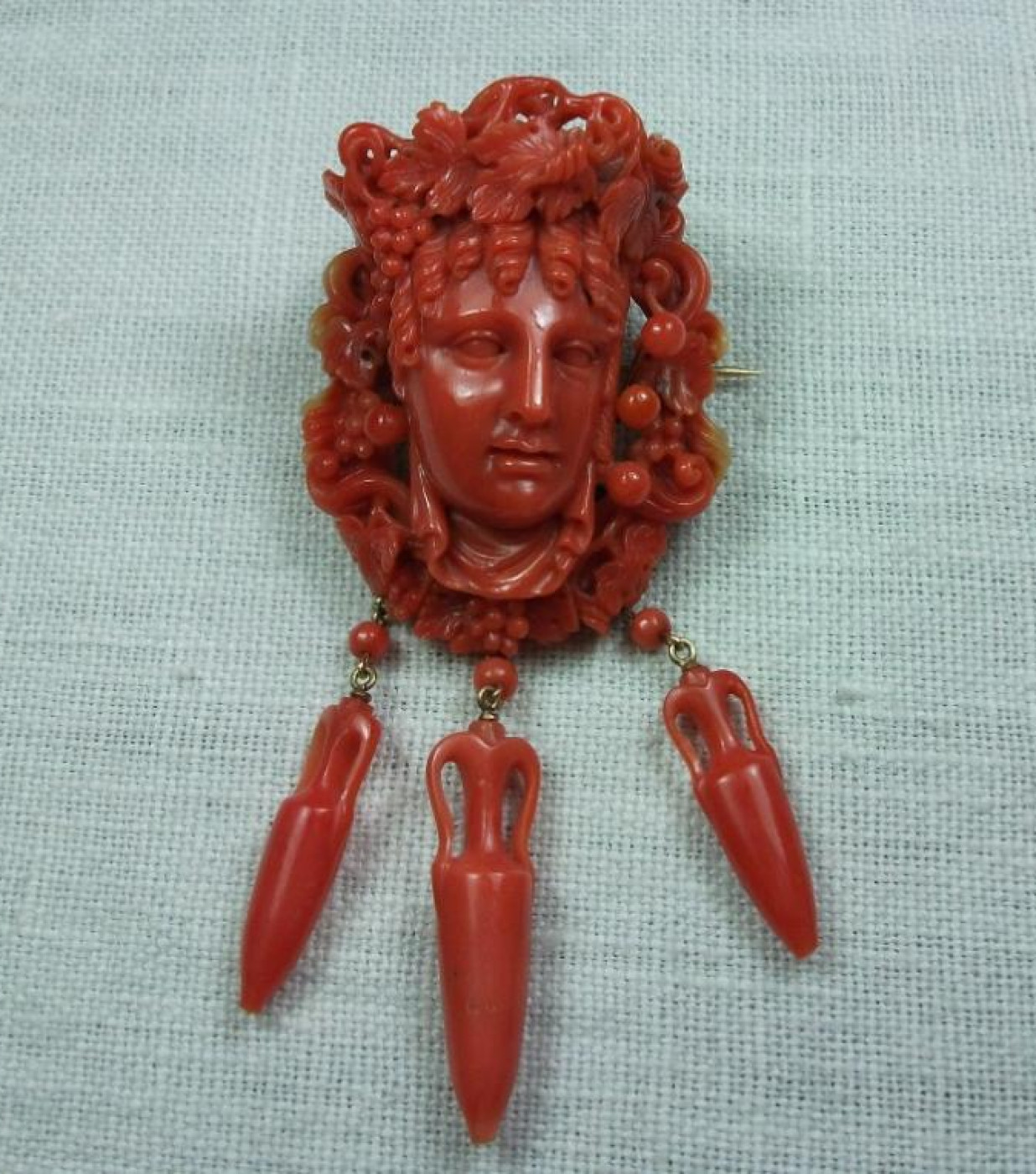 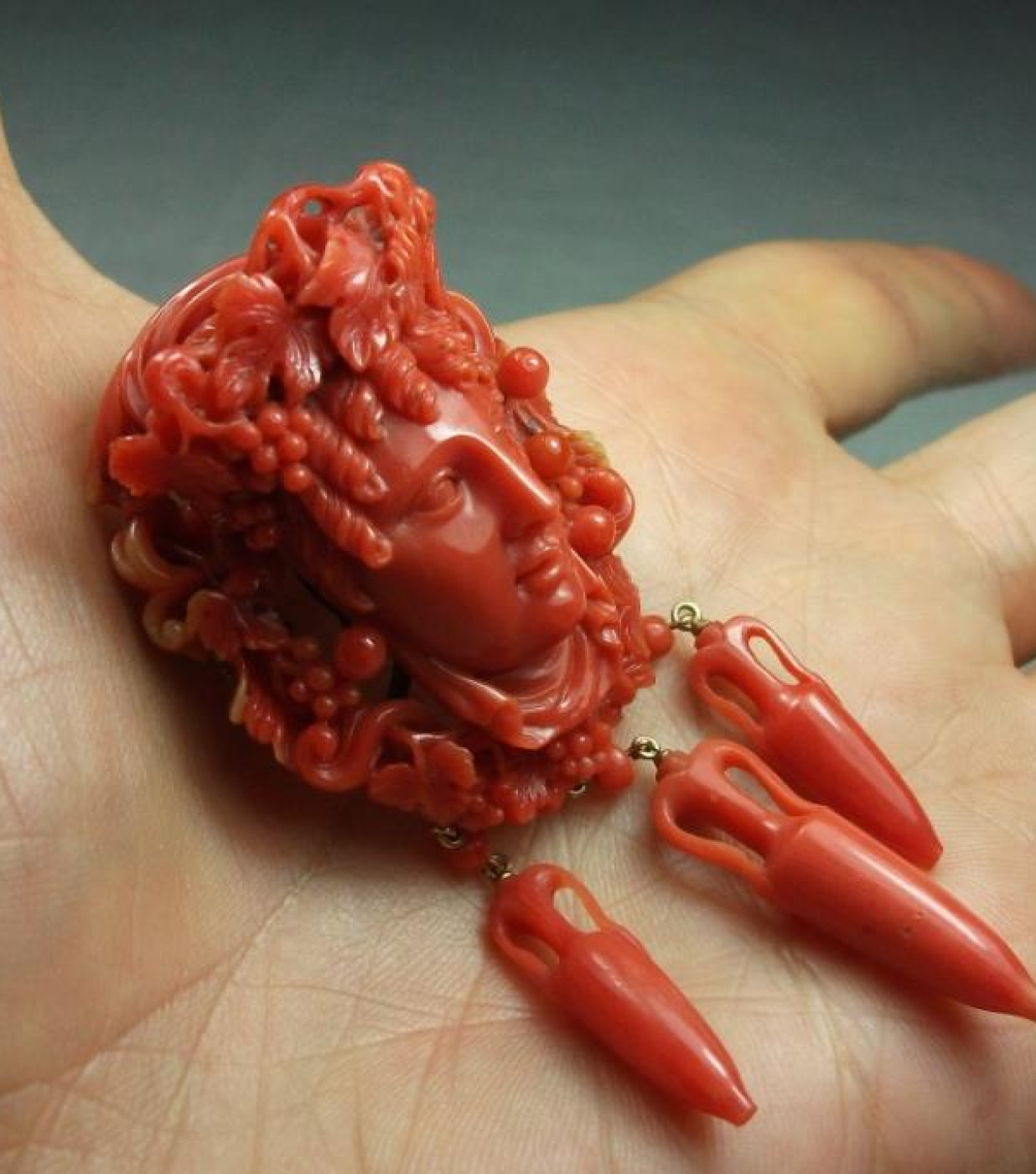 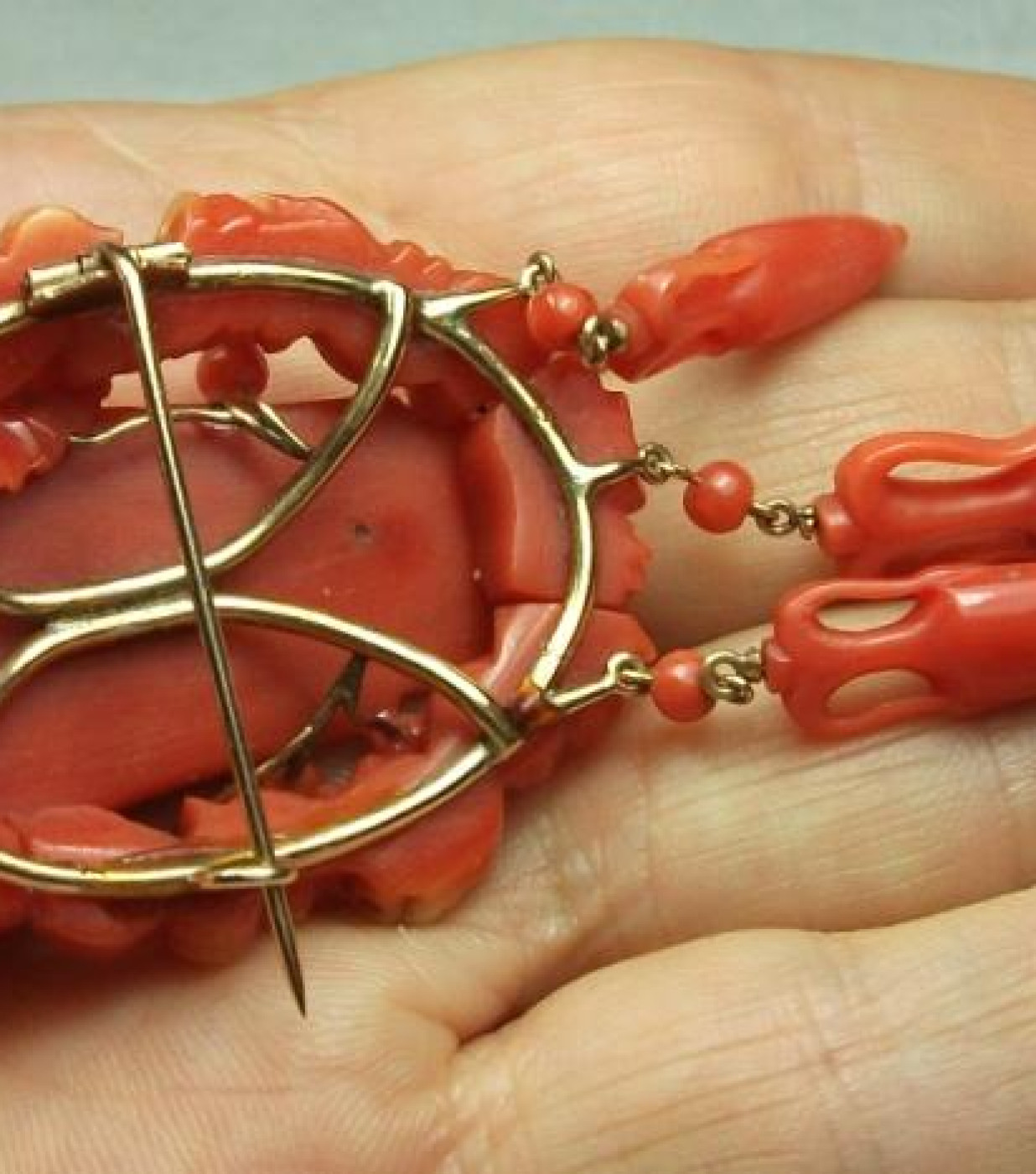 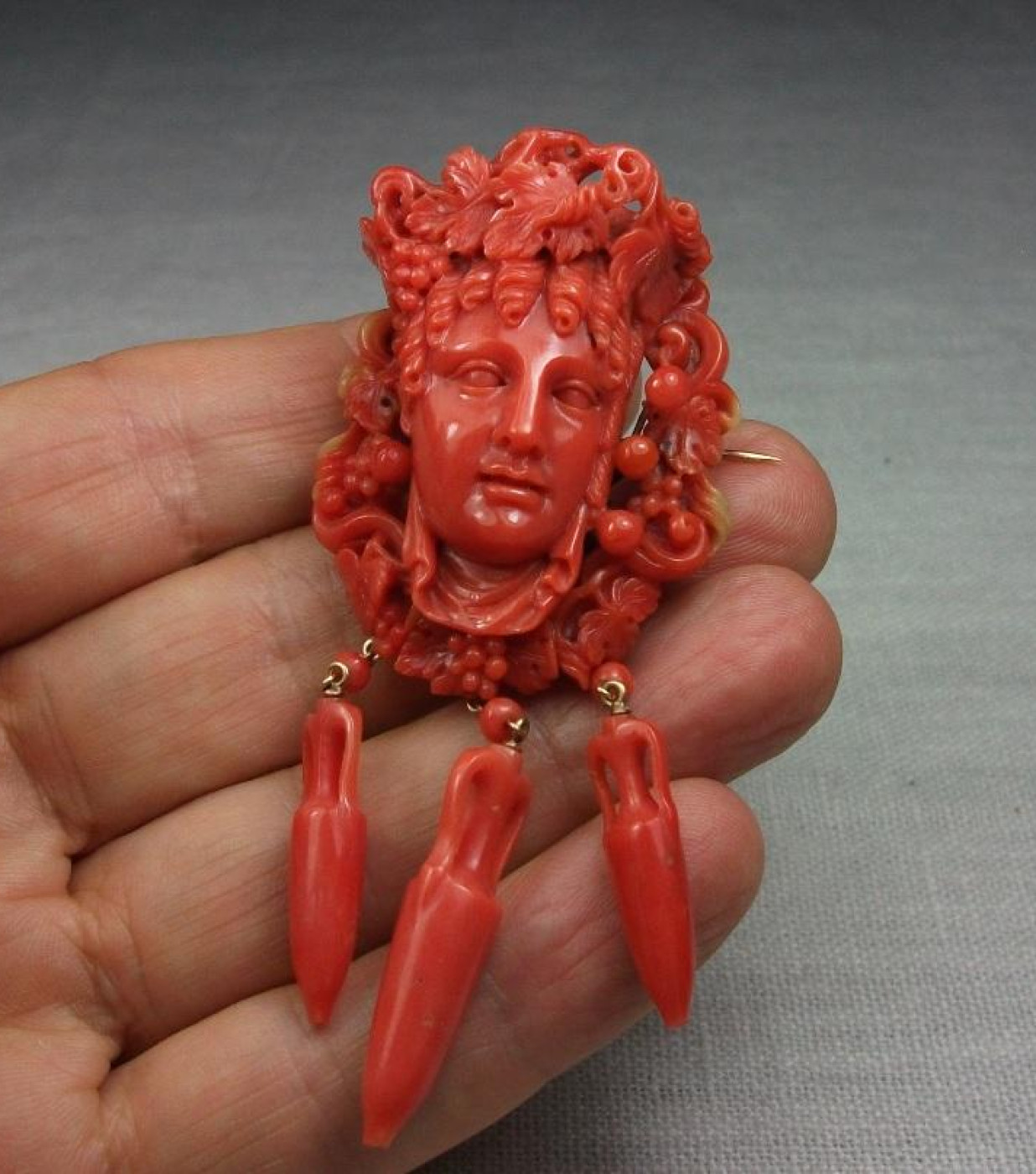 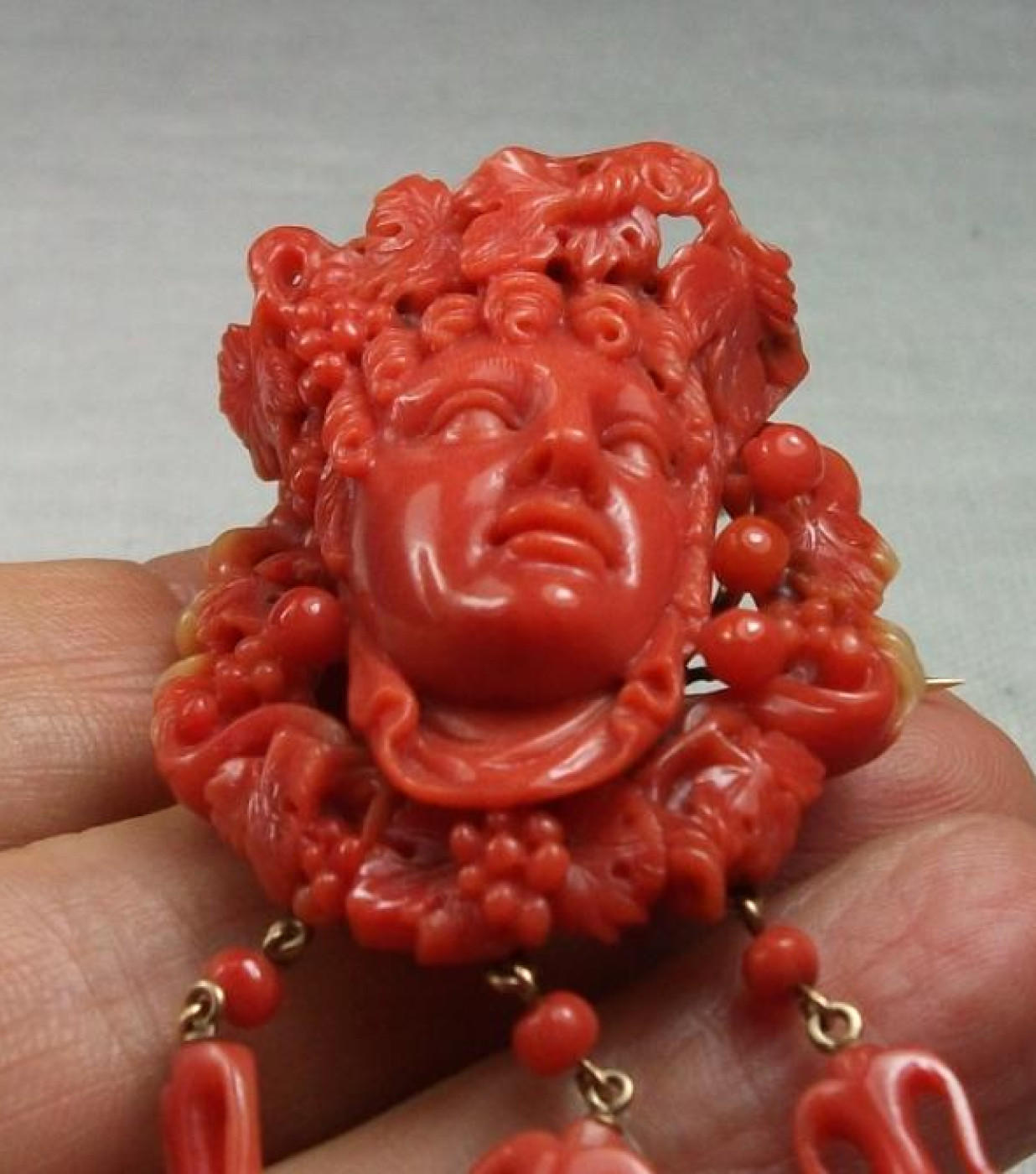 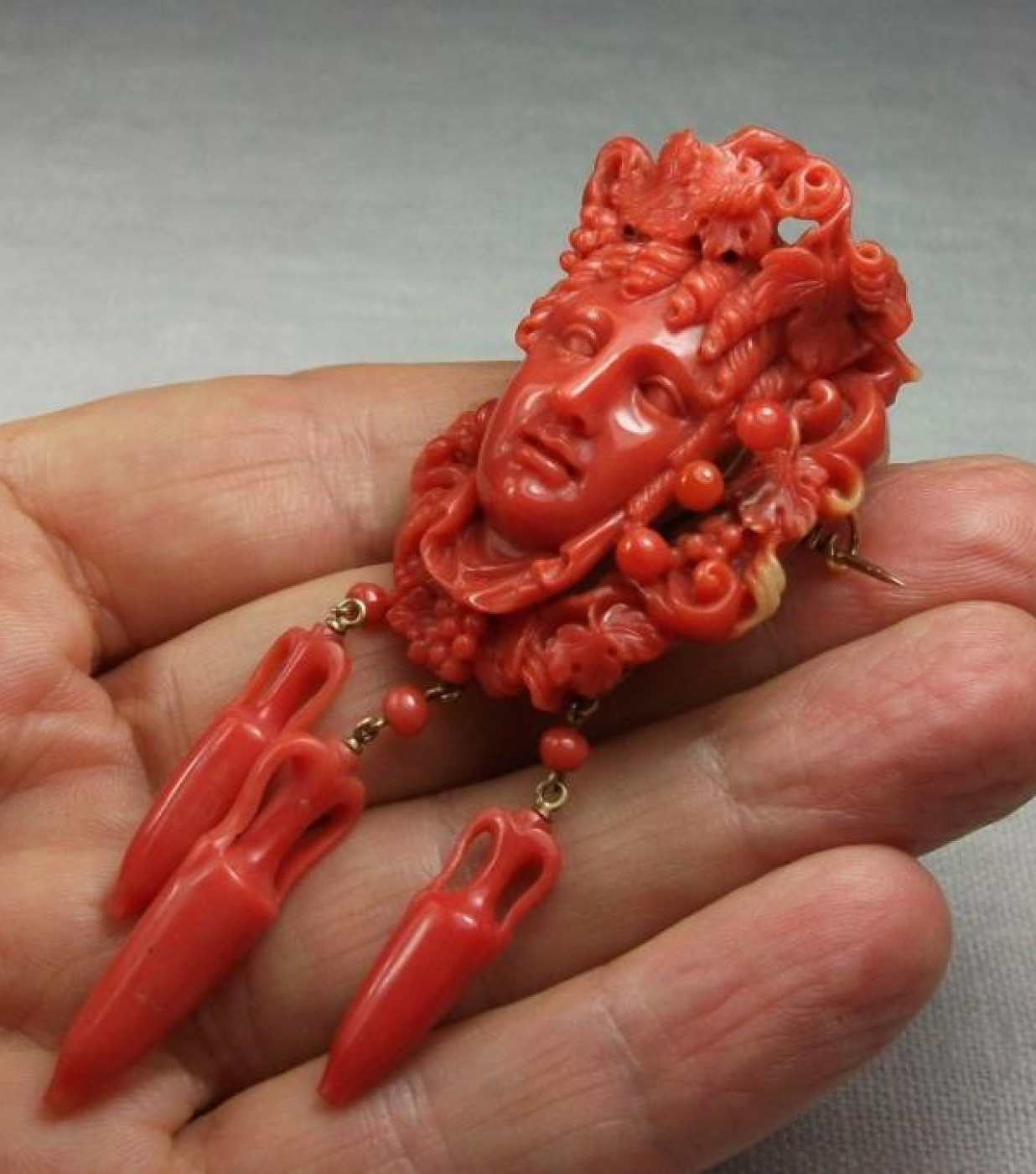 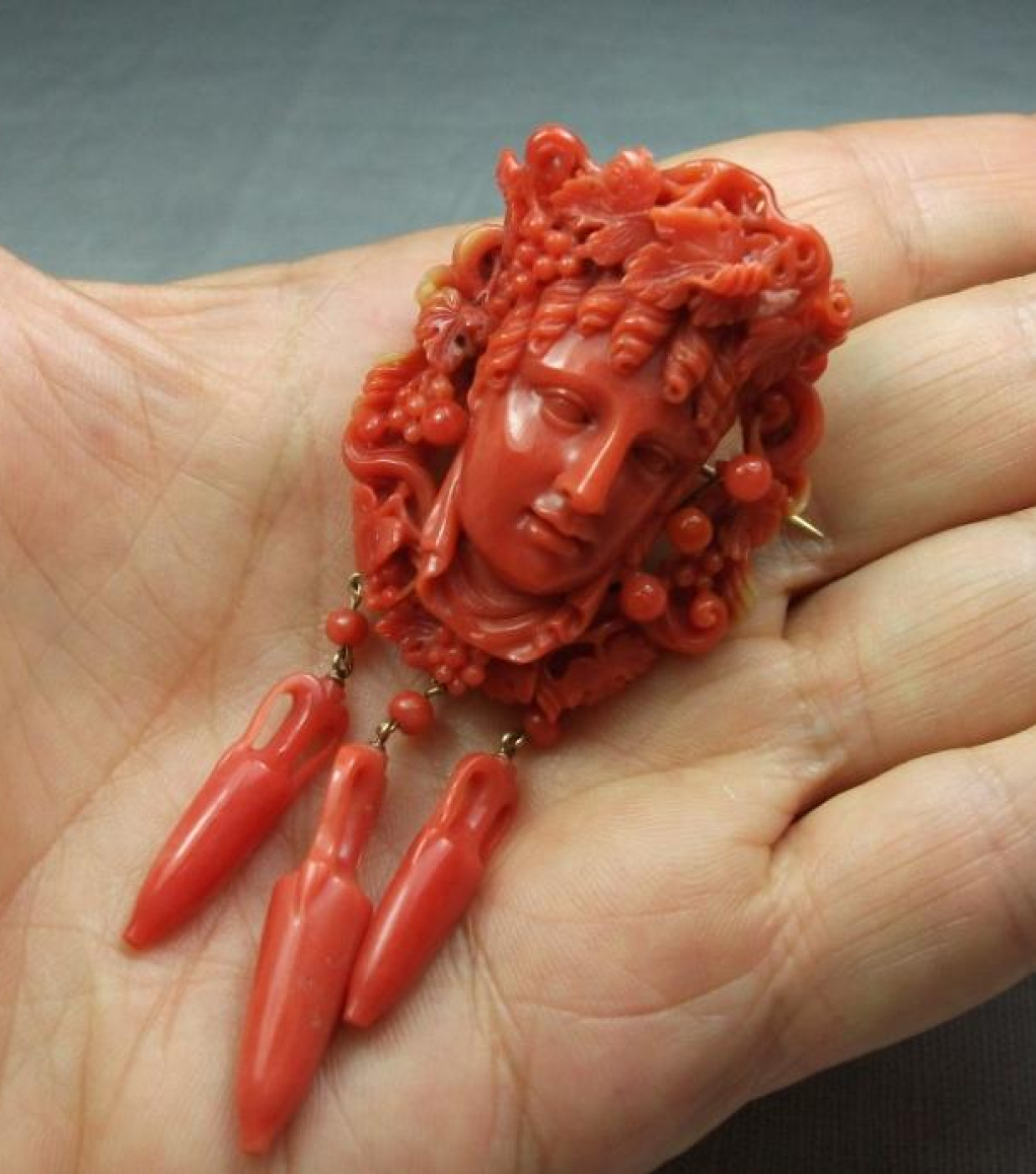 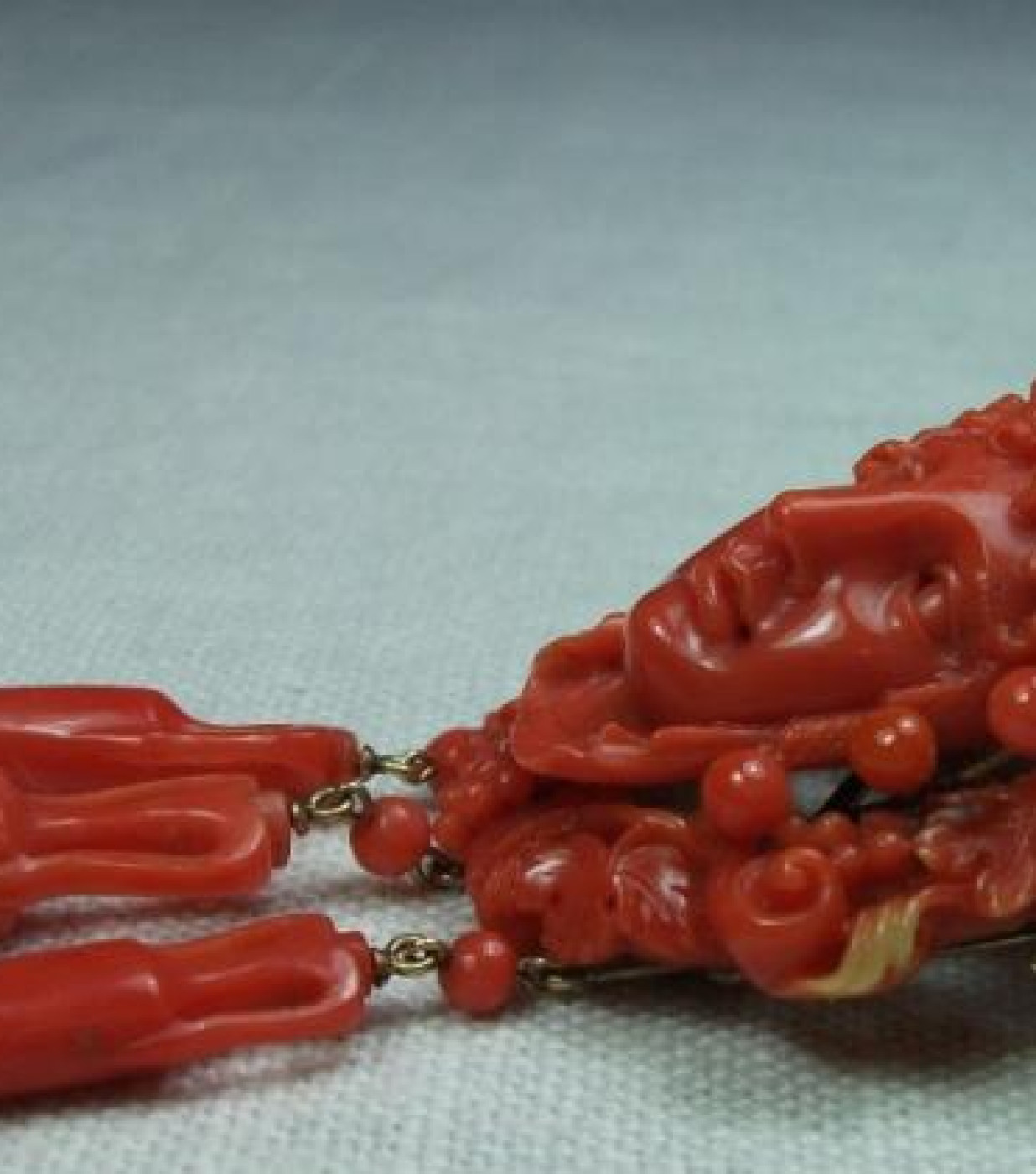 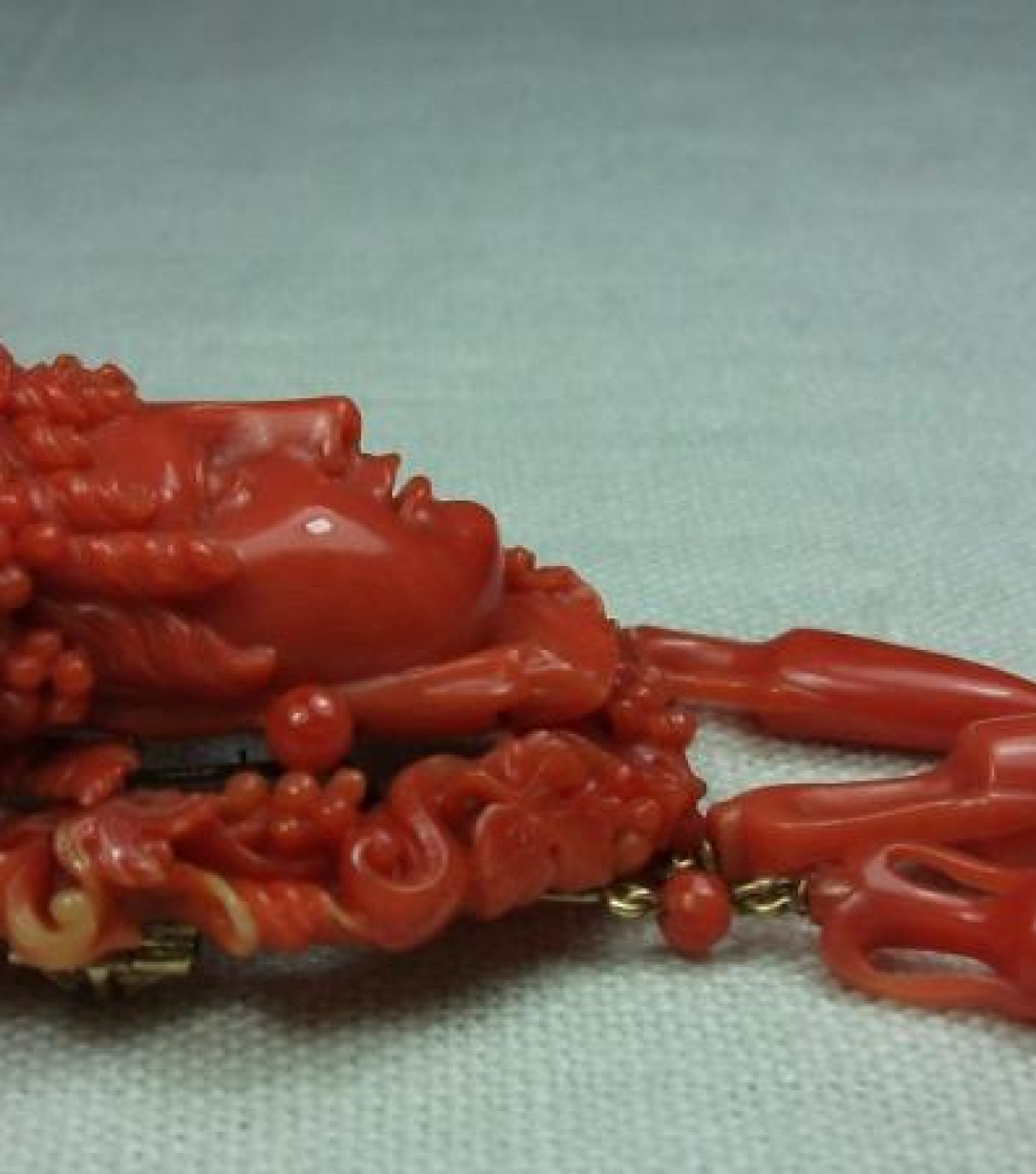 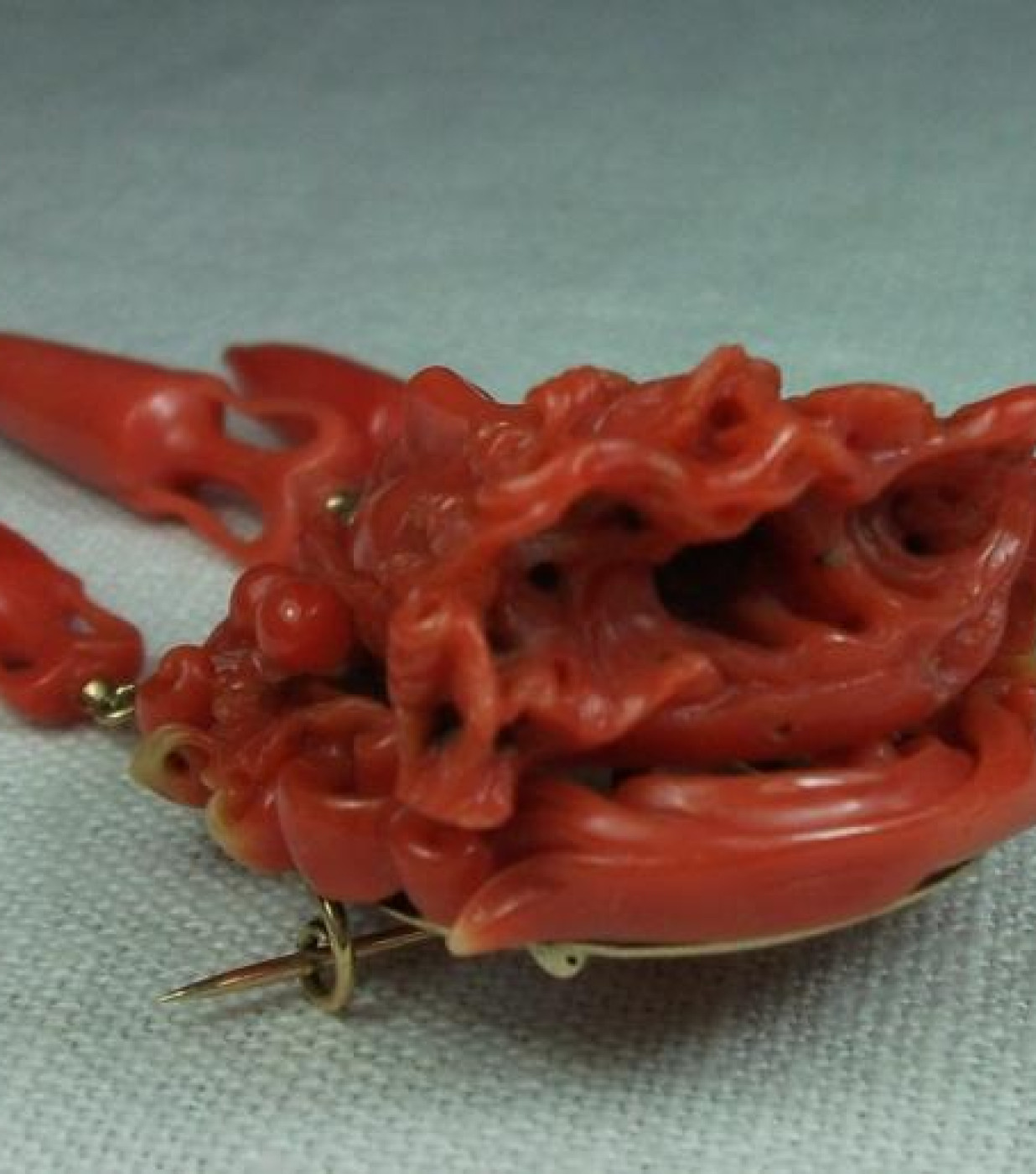 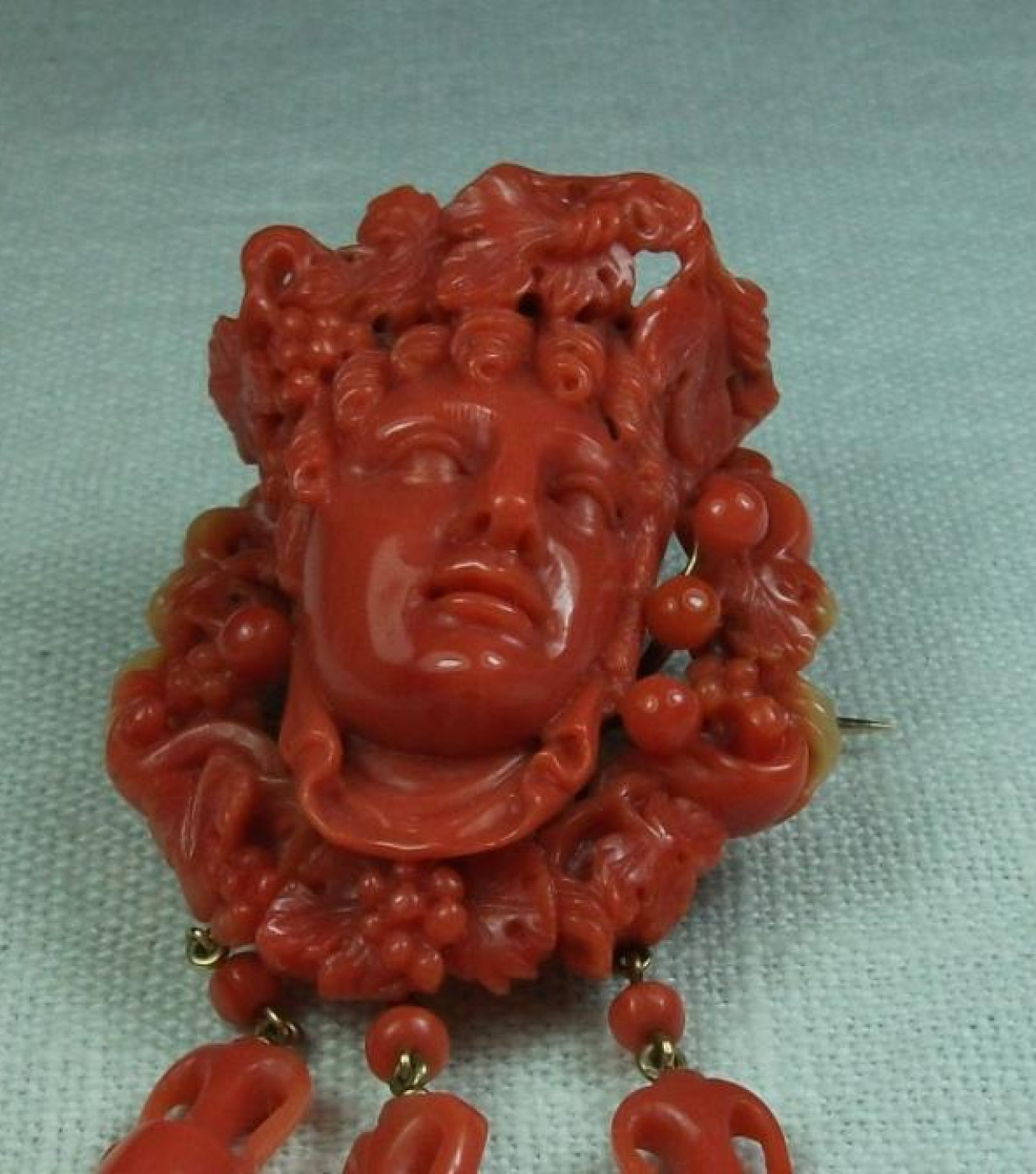 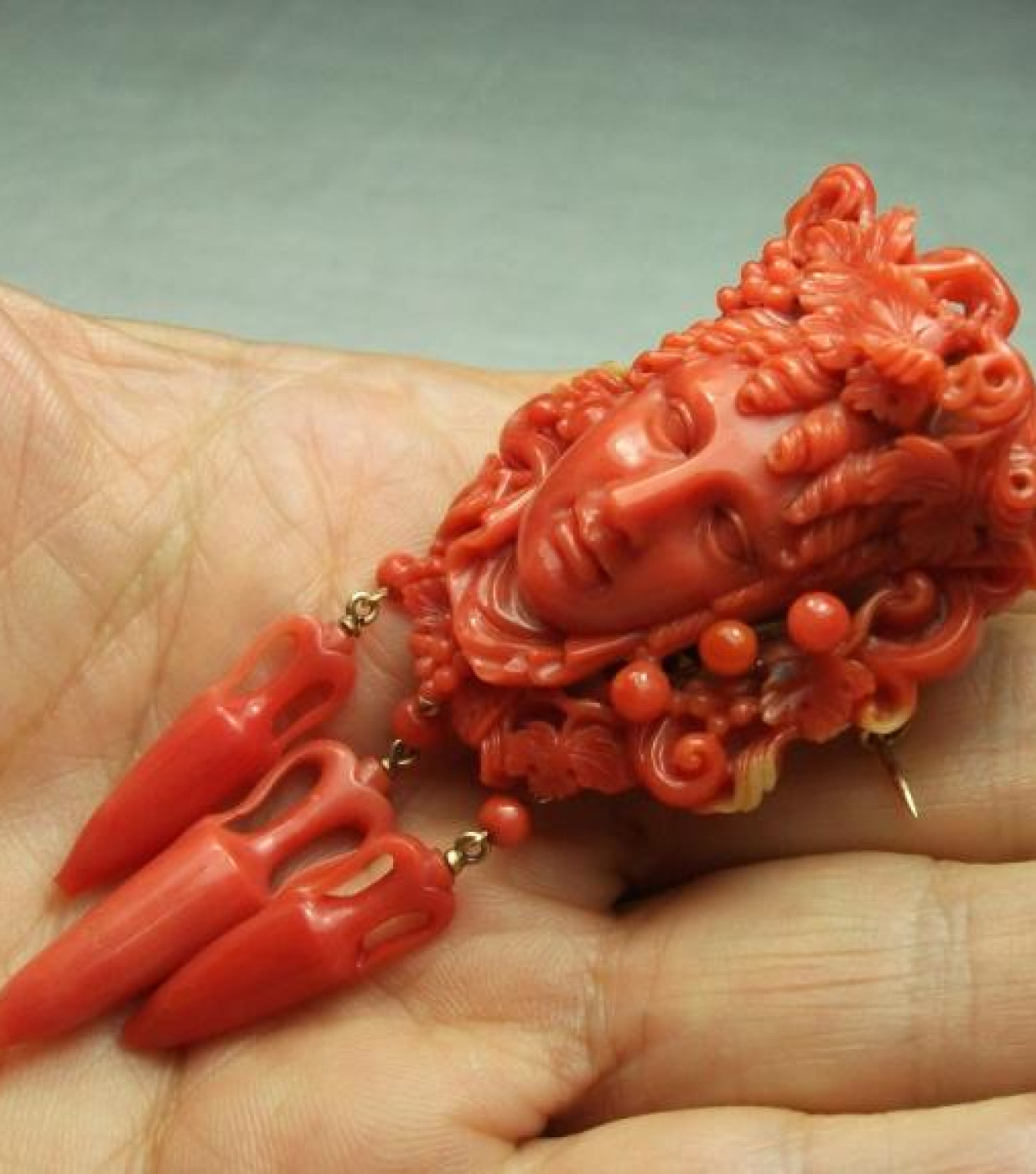 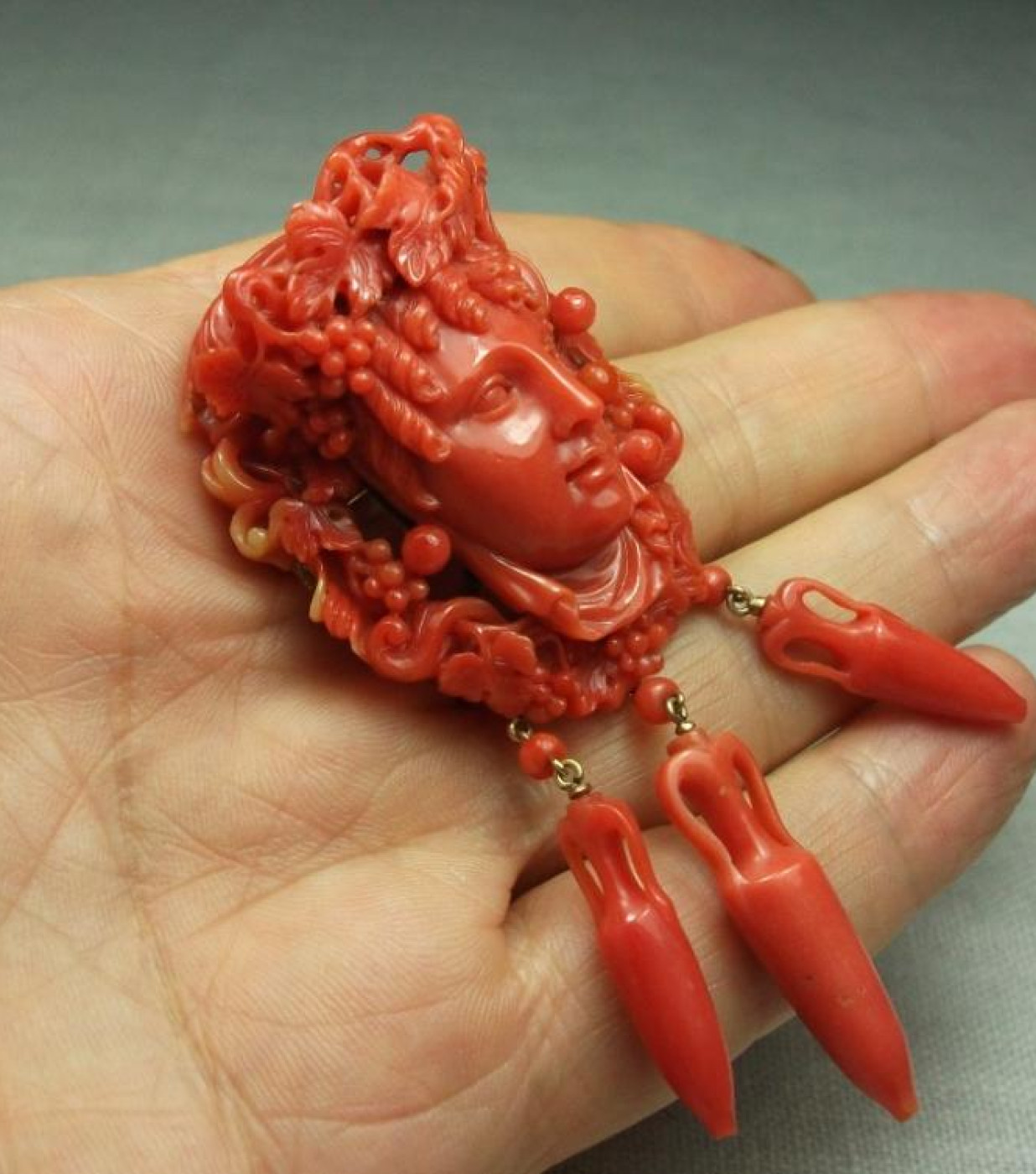 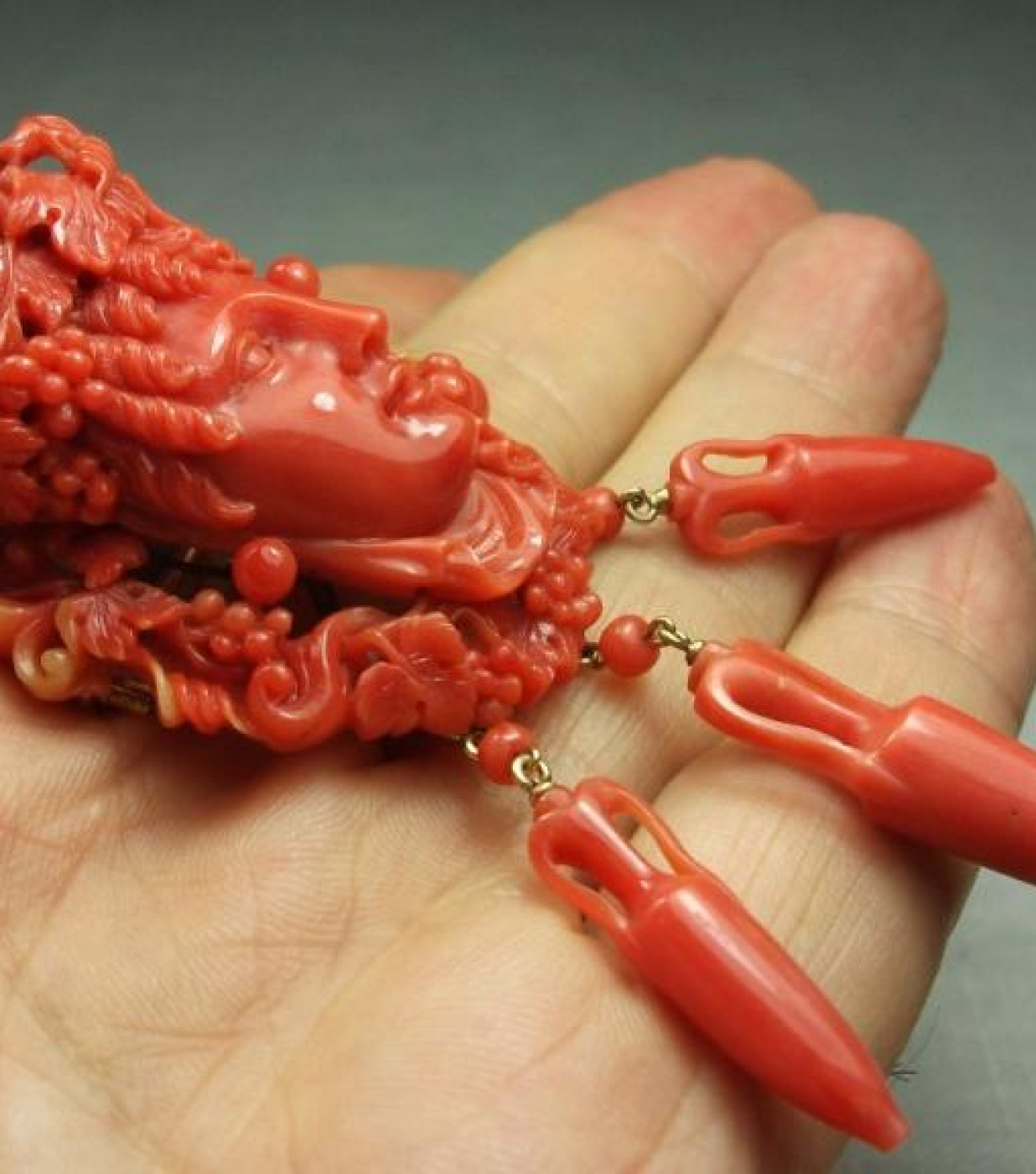 More than Museum Quality Coral cameo depicting a Bacchante, Bacchantes were followers of Bacchus the God of wine (Dionysus is the Greek name). Bunches of grapes and wine leaves in her hair. Look at how the coral is carved, the wine leaves and the grapes form an intricate crown on her head. This subject is just a coral sculpture, everything is so realistic, the thing which makes the carving really extraordinary are the vines branches which ring her head, surely the fruit of a greatest master carver that with his painstaking work, his ability, his skill and his art was able to make in the coral a true embroidery with exceptionally true artistic results. Look also at the locks of curly hair on her forehead, simply amazing. This is one of most beautiful Bacchante I have ever seen, the pictures speak by themselves. Carving is magnificent, simply amazing. I have never seen a coral cameo sculpture so beautiful and so wonderfully made like this one. Every detail in this cameo is perfect starting from her prettiest and expressive face. Her eyes really speak about the joy of life, her Greek nose is more than perfect, her full and sensual mouth is absolutely alive. The frame is another artwork, carved pieces of coral depicting grapes and vine leaves, according to the subject, surround the main cameo, below there are three coral amphoras, magnificently made. She is huge and, as you know, it is not easy to find a so large and perfect piece of coral to carve. This is a more than masterly carved coral cameo which is not to be missed. This kind of coral work was made mainly in Sicily in the city of Trapani.


In Greek mythology, maenads (Bacchantes) were the female followers of Dionysus, the most significant members of the Thiasus, the retinue of Dionysus. The maenads were also known as Bacchae or Bacchantes in Roman mythology, after the penchant of the equivalent Roman god, Bacchus, to wear a fox-skin. Their name literally translates as "raving ones". Often the maenads were portrayed as inspired by him into a state of ecstatic frenzy, through a combination of dancing and drunken intoxication. In this state, they would lose all self-control, begin shouting excitedly, engage in uncontrolled sexual behavior, and ritualistically hunt down and tear animals (and sometimes men and children) to pieces, devouring the raw flesh. During these rites, the maenads would dress in fawn skins and carry a thyrsus, a long stick wrapped in ivy or vine leaves and tipped by a cluster of leaves; they would weave ivy-wreaths and fruiting vines around their heads, and often handle or wear snakes.