Nyx the Goddess of the Night 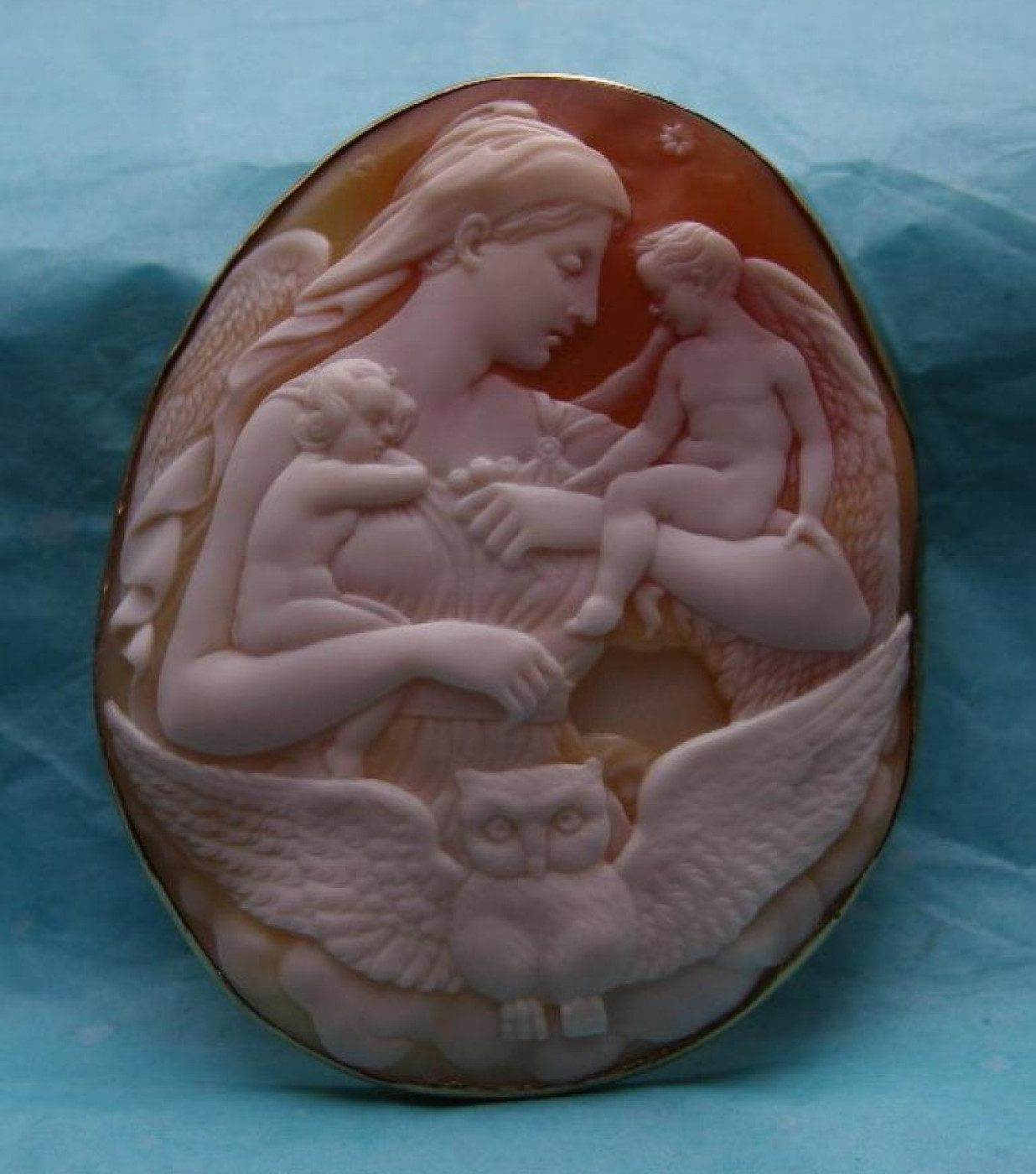 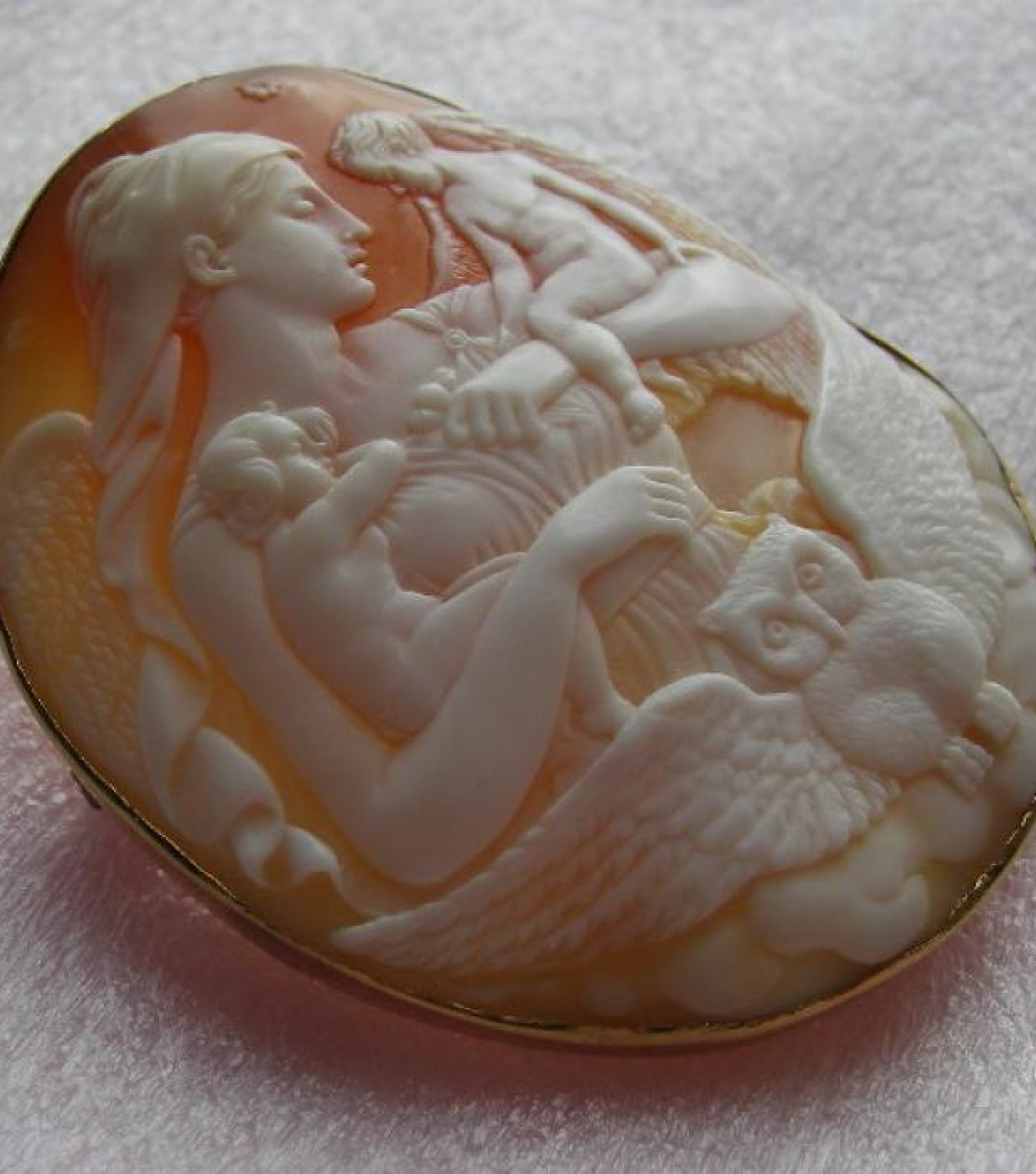 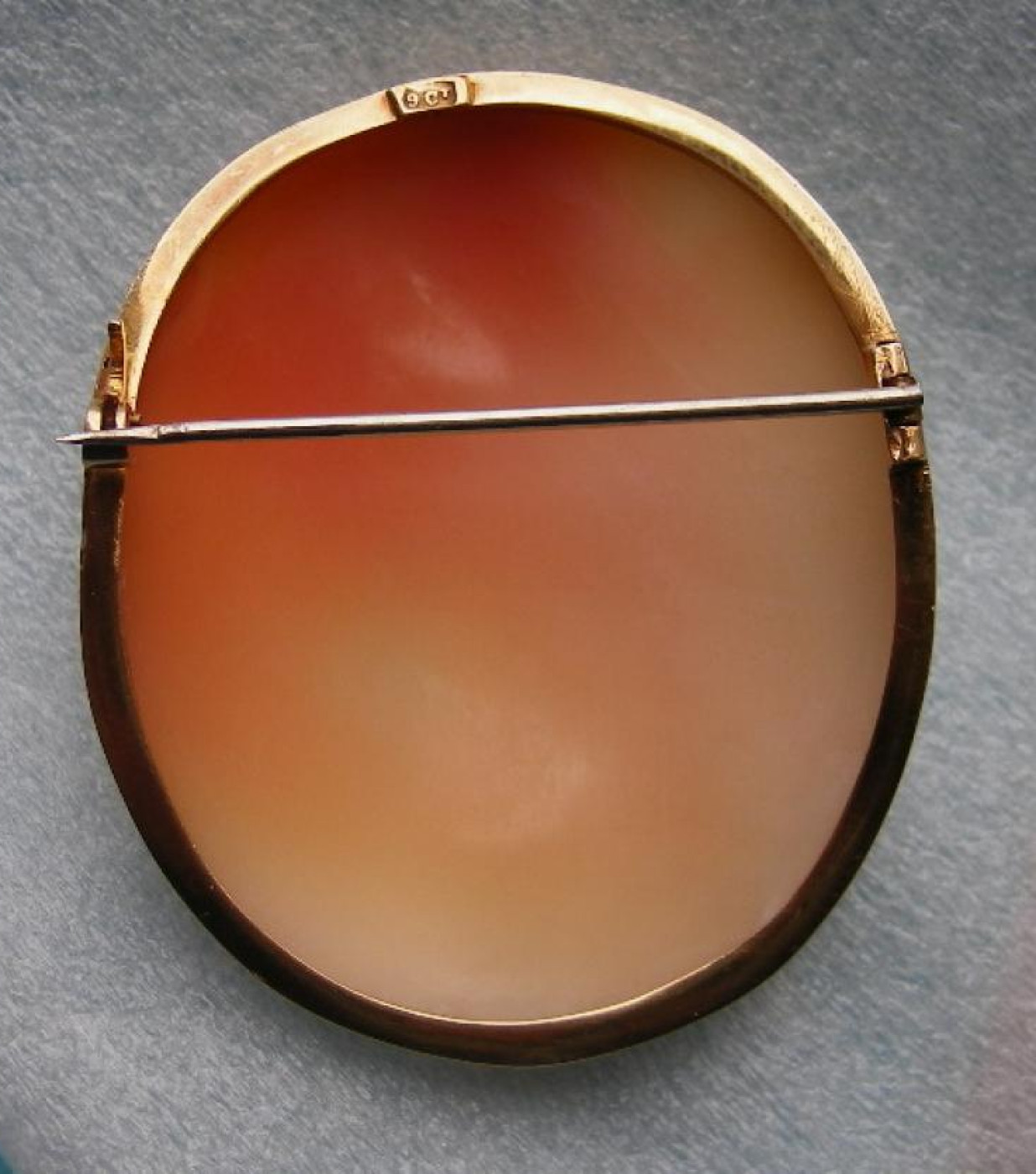 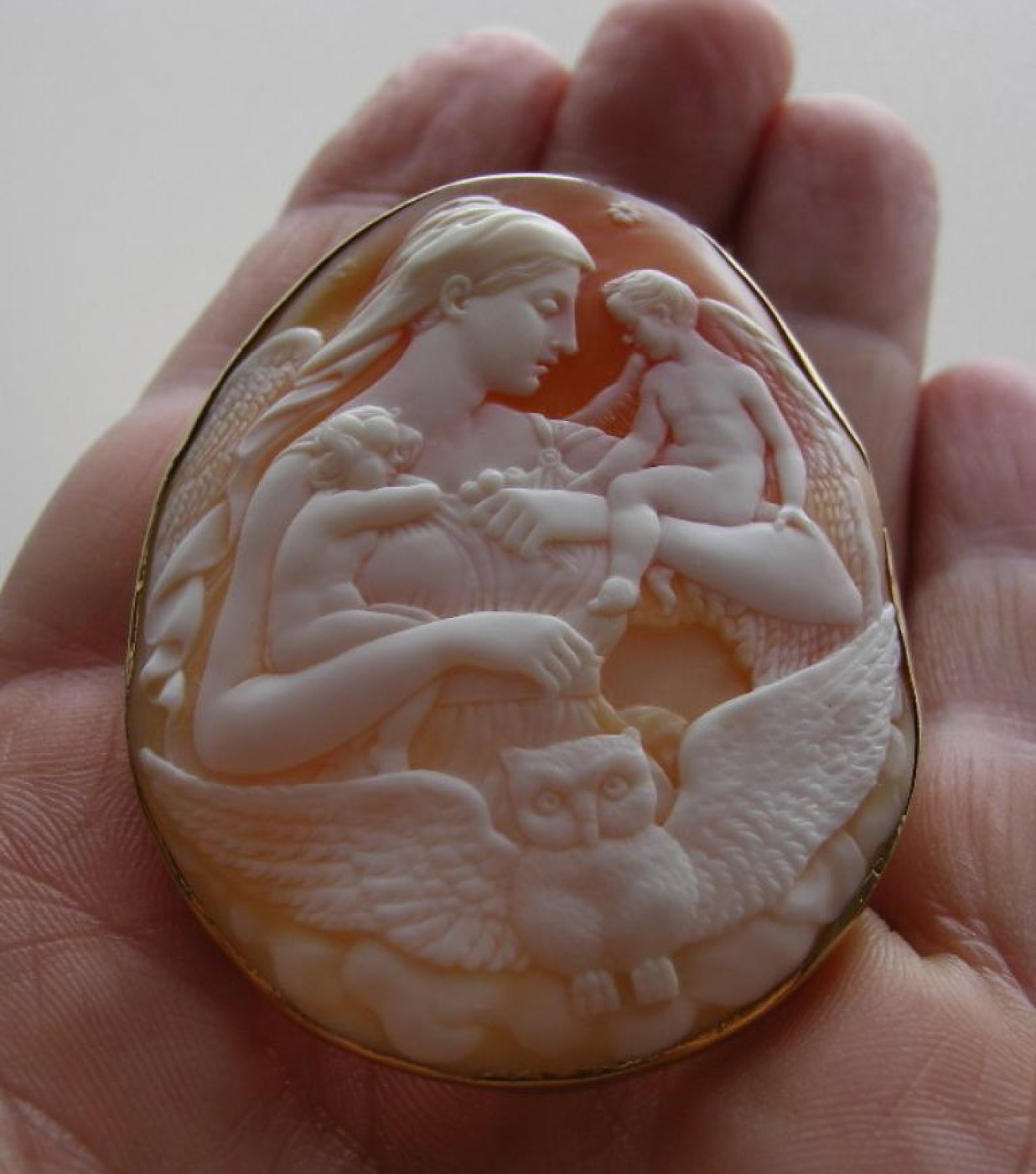 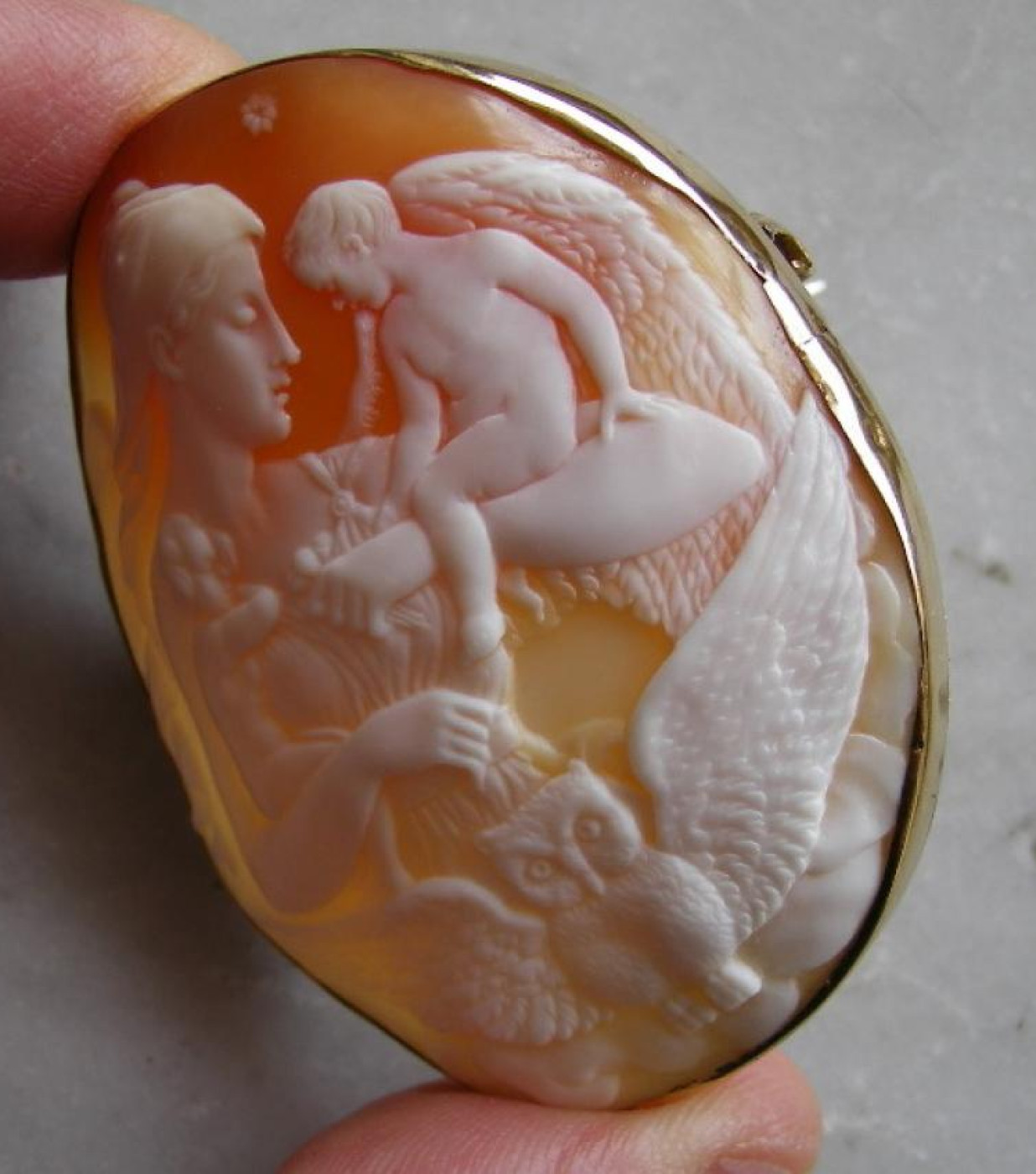 Museum Quality  cameo depicting Nyx, the Goddess of the Night holding her son Hypnos and Thanatos, depicted in a way never seen before now, this is a more than rare subject. This is a cameo of surpassing beauty, carved by an artist. Every detail is perfectly rendered making this cameo a real work of art.  Look how the carver used his great skill to carve even the tiniest details of this cameo. Her expression, her clothes, everything is so wonderfully rendered. This is a rarest depiction of Nyx, never found until now.  This is another more than masterly carved cameo. A very desirable collectors piece, rare and museum quality cameo.
A bit of History:
In Greek mythology, Nyx , (Nox in Roman translation) was the primordial goddess of the night. A shadowy figure, Night stood at or near the beginning of creation, and was the mother of personified such as Hypnos (Sleep) and Thanatos (Death). Her appearances in mythology are sparse, but reveal her as a figure of exceptional power.