Nike and the Horses of Sun 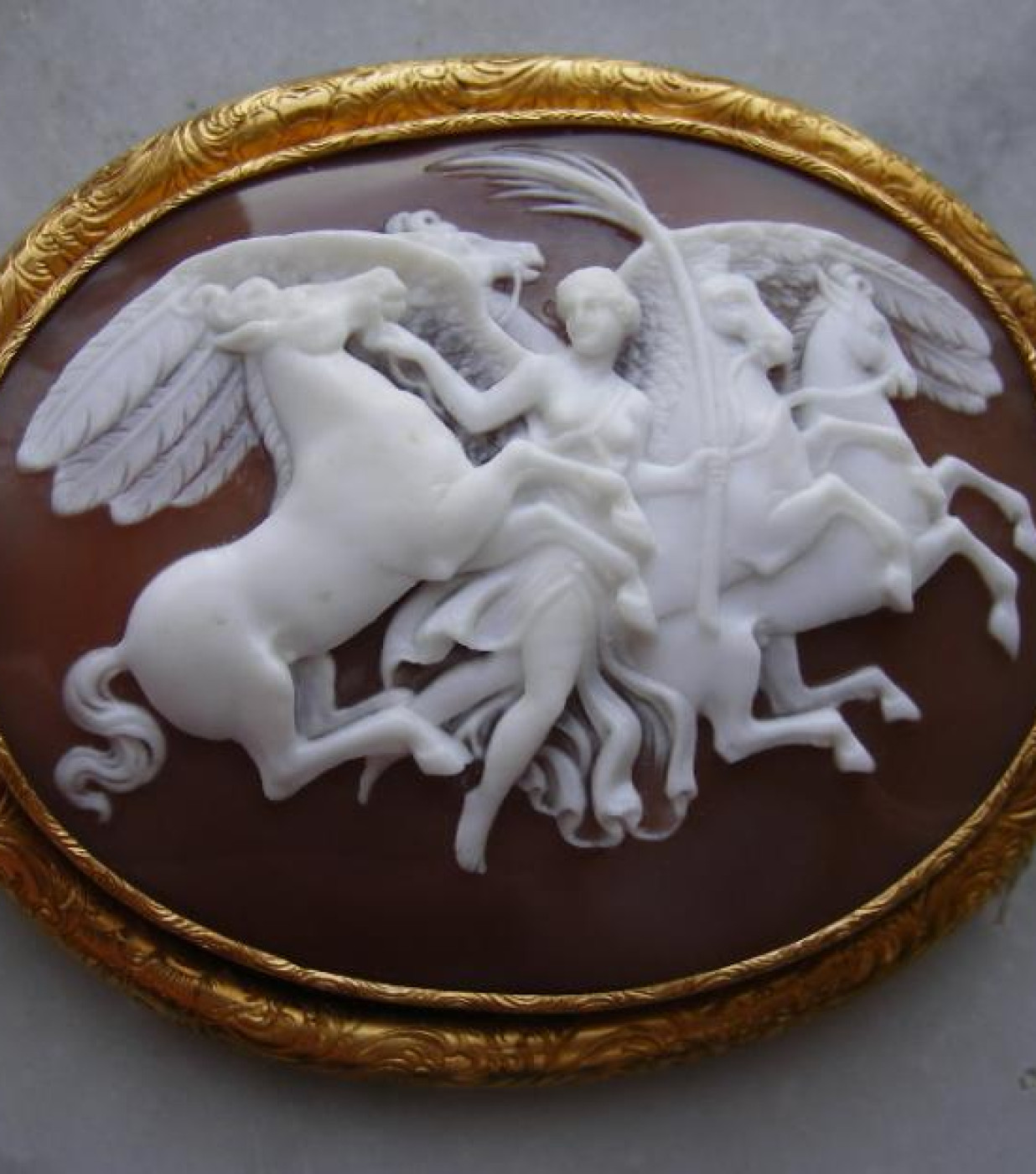 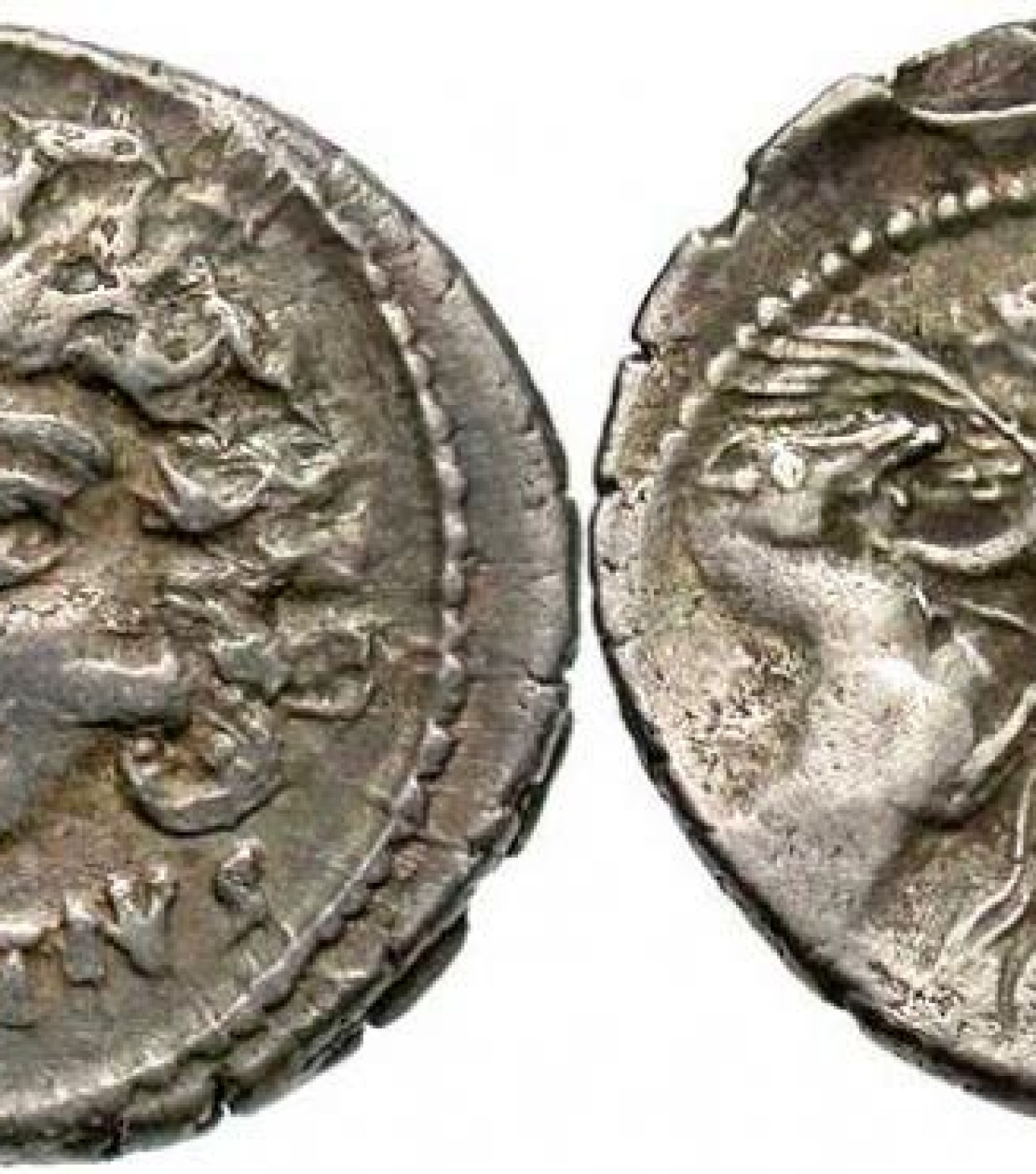 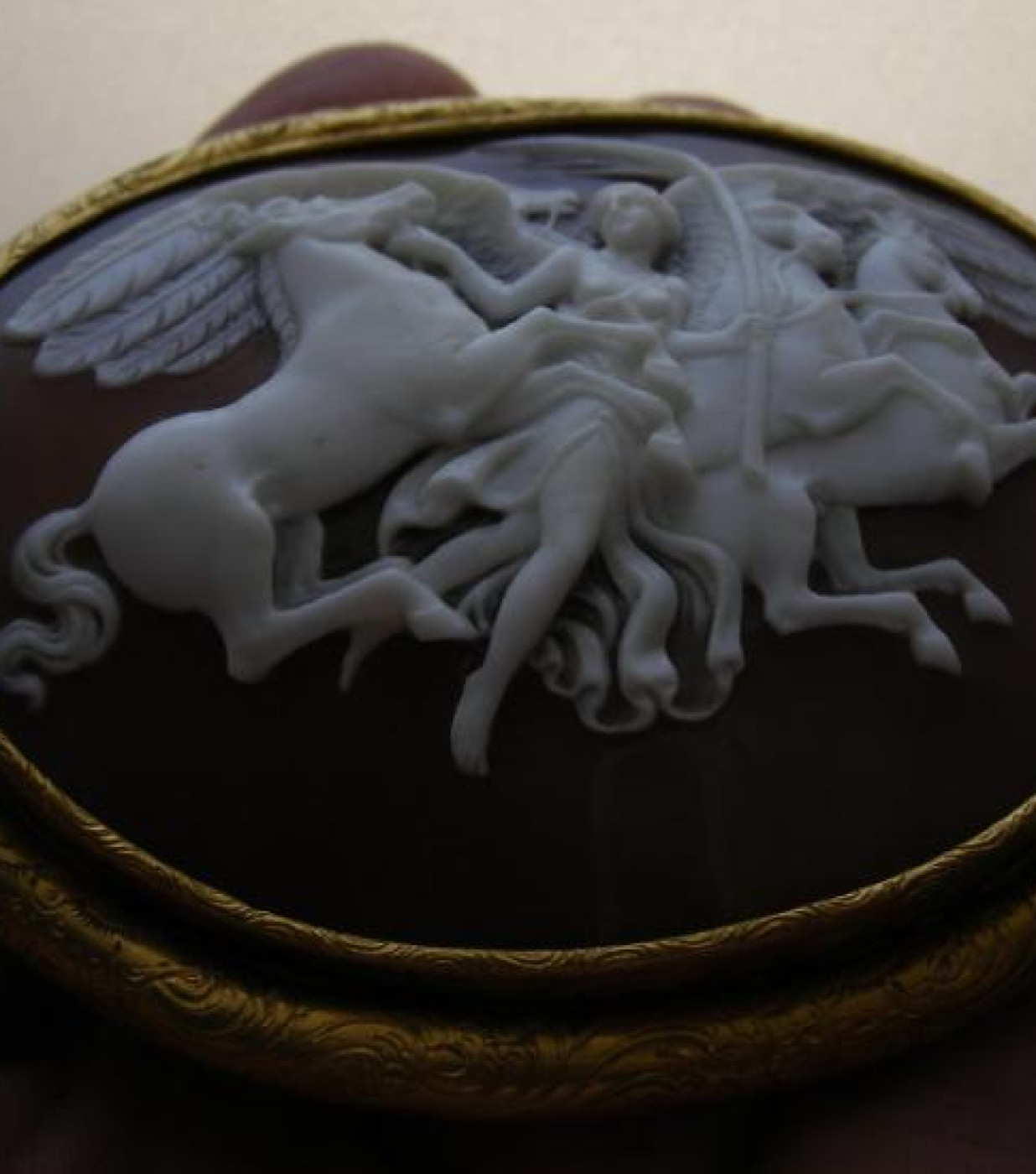 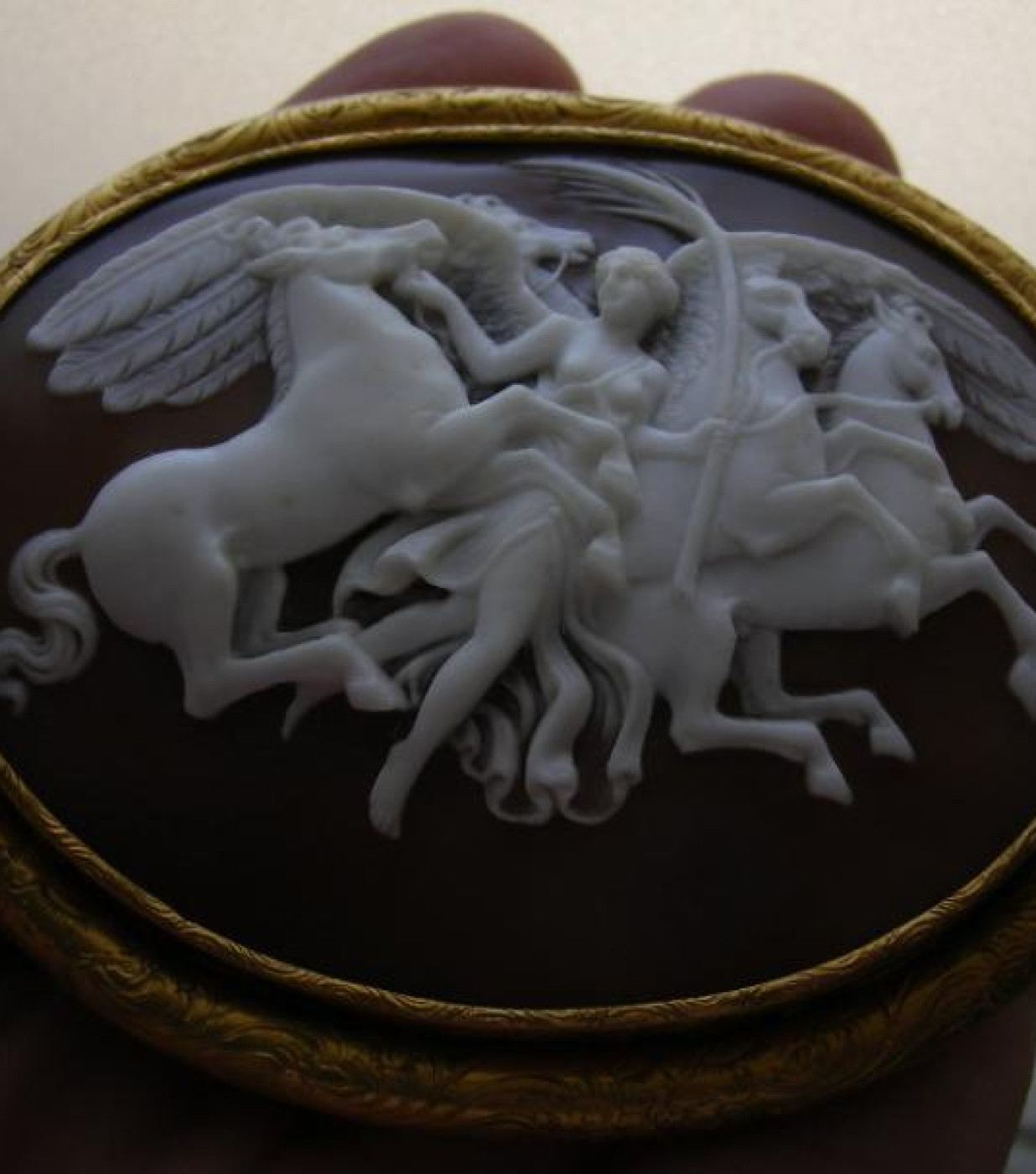 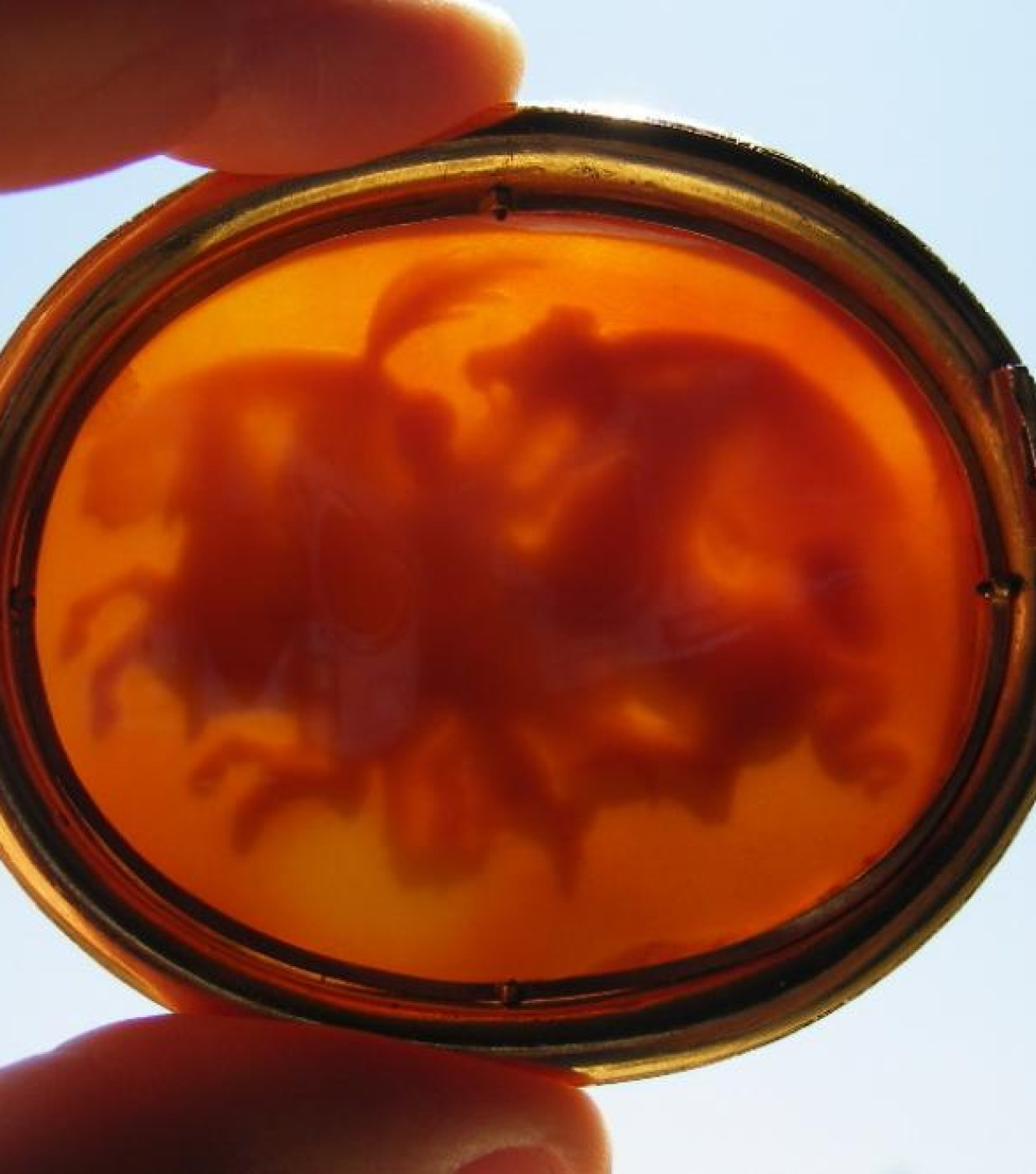 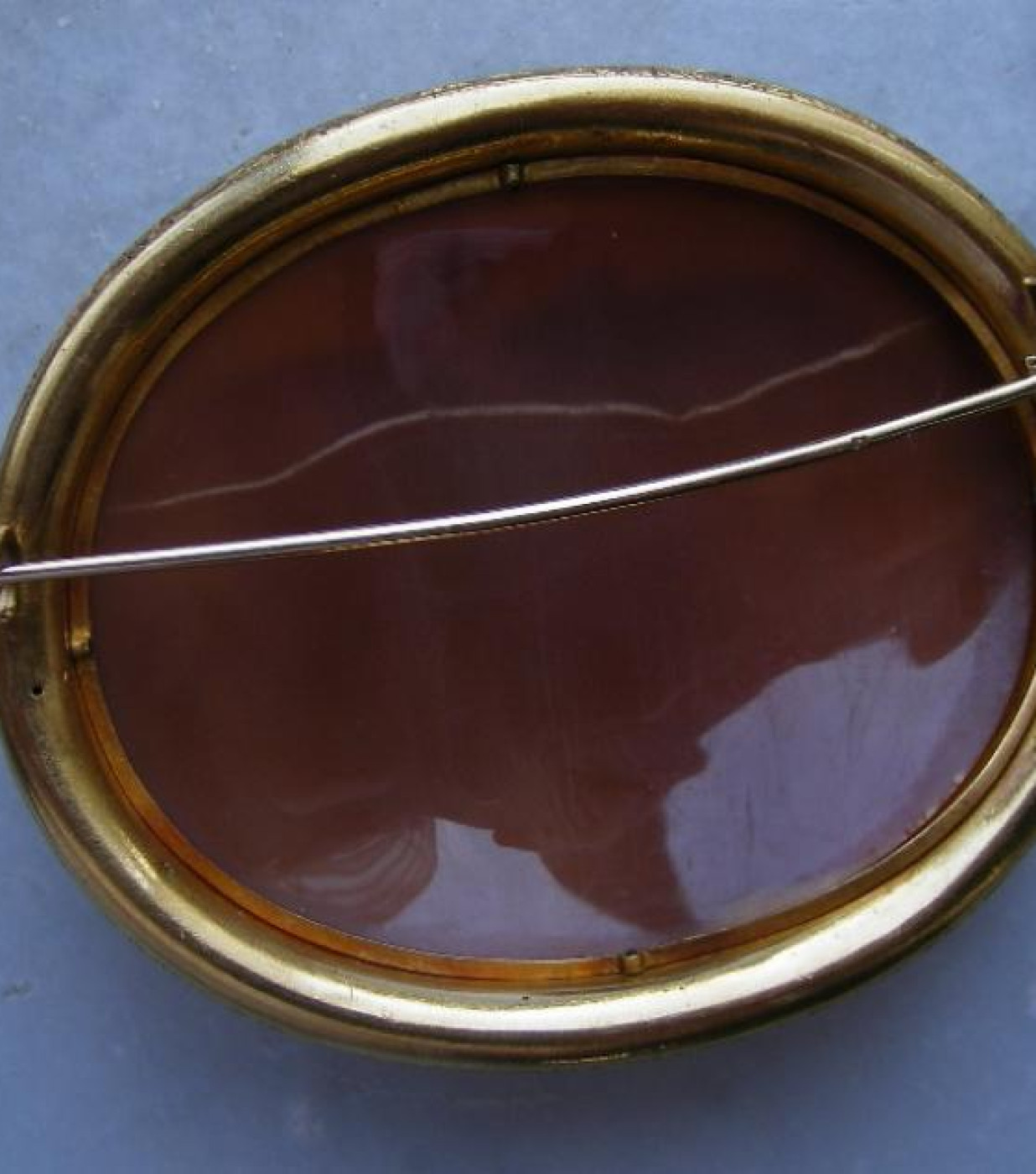 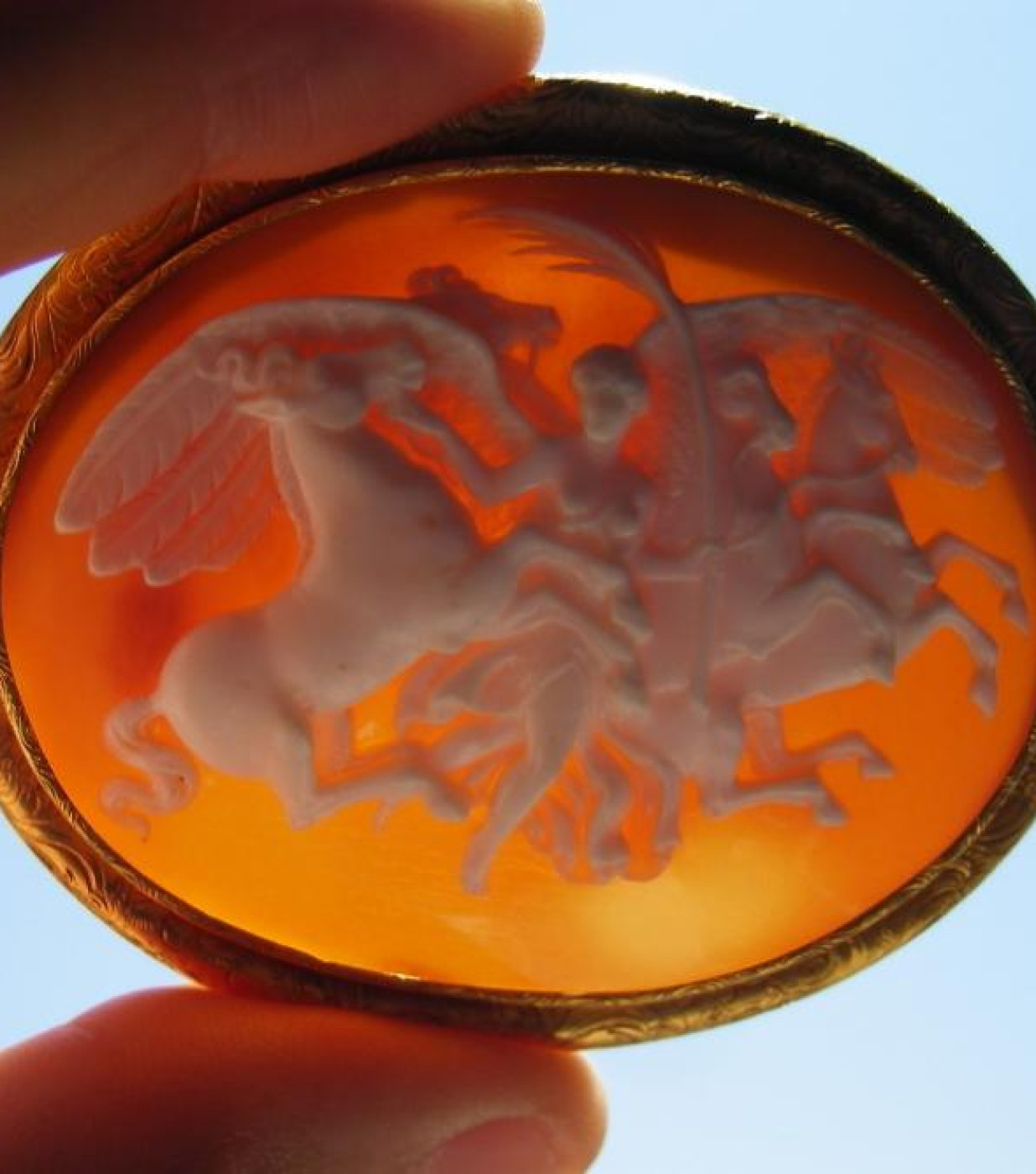 More than Museum Quality and huge cameo depicting Nike, the winged victory, conducting the four horses of the Sun. This cameo is probably after an ancient Roman coin, see picture below, issued in 47 BC.  This one is one of those cameos hard to photograph, in fact it is much better seen in person. Being the carving so white it reflects the light and doesn't look as it really is.  A true masterpiece in immaculate conditions. Look how the carver used the shell to evidence the horses. This subject seems to jump out from the shell, everything is so realistic,  The strong muscles of the galloping horses are evidenced. You can also see the horse genitals, really incredible. The delicacy of Nike's movements, the wind that moves her dress. Everything is masterly rendered. This is one of most beautiful cameos I have ever seen, the pictures speak by themselves. The frame is wonderful too, so elaborate and totally engraved. This is another masterly carved cameo. A very desirable collectors piece, rare and museum quality cameo.
A bit of History:
Nike is Victory. She is often seen in company of Athena, who never puts up with defeat. There are no myths attached to her, but she is an old goddess, born before the OLYMPIANS. She lives in Olympus close to Zeus, together with her brothers Zelus, Cratos and Bia. In Greek mythology Nike, meaning Victory, was a goddess who personified triumph throughout the ages of the ancient Greek culture. She is known as the Winged Goddess of Victory. The Roman equivalent was Victoria. Depending upon the time of various myths, she was described as the daughter of Pallas( Titan) and Styx (Water), and the sister of Cratos( Strength), Bia (Force), and of Zelus (Rivalry). Nike and her siblings all became described as attendants of Zeus when his cult gained the position of the dominant deity of the Greek pantheon and the roles of older deities were changed in new myths. According to classical (later) myth, Styx brought them to Zeus when the god was assembling allies for the Titan War against the older deities. Nike assumed the role of the divine charioteer, a role in which she often is portrayed in Classical Greek art. Nike is seen with wings in most statues and paintings, the reason for this, is to remind people that victory is fleeting. Most other winged deities in the Greek pantheon had shed their wings by Classical times. Nike is the Goddess of strength, speed, and victory. Nike was a very close acquaintance of Athena Goddess of wisdom. Nike is one of the most commonly portrayed figures on Greek and Roman coins.