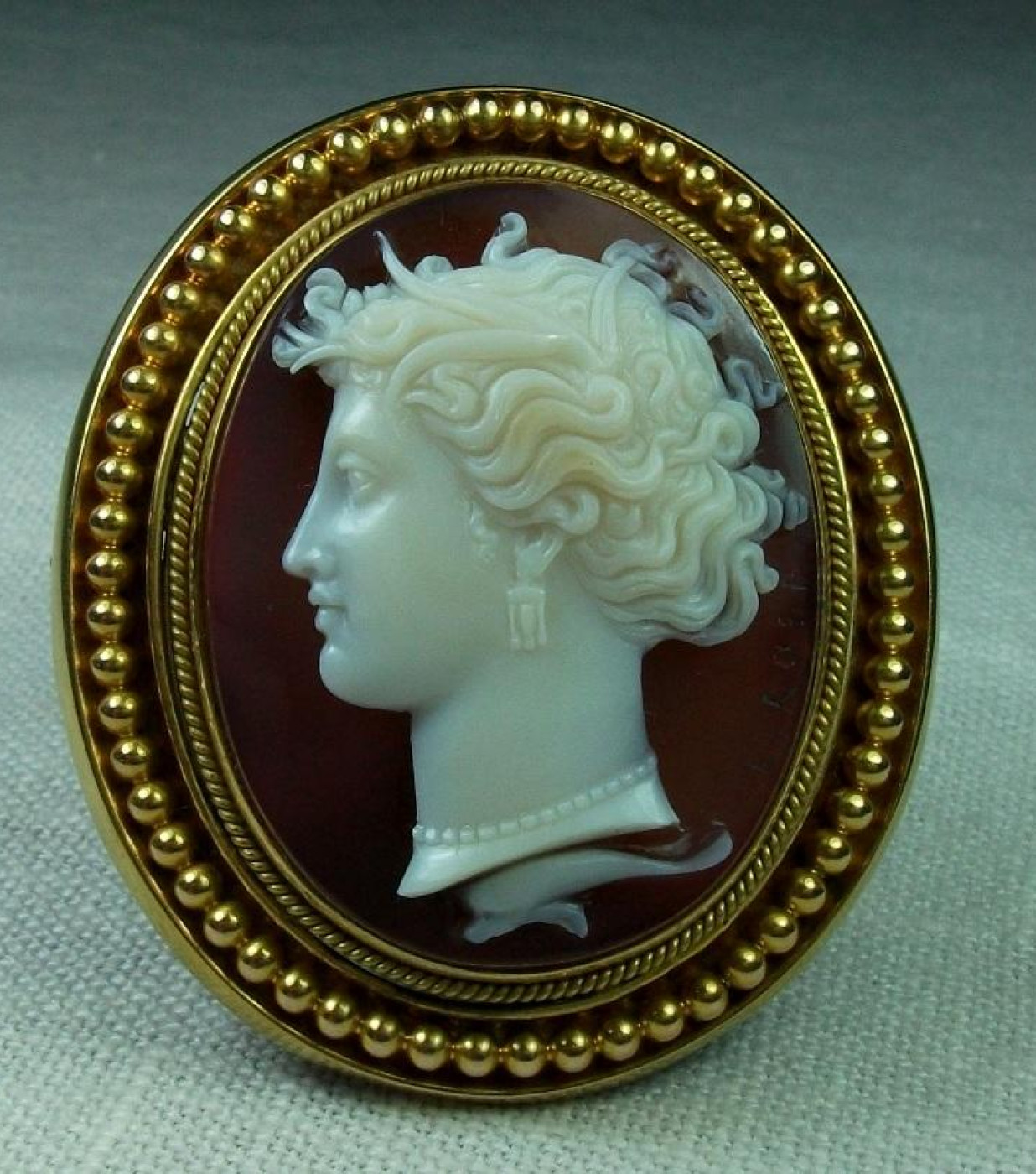 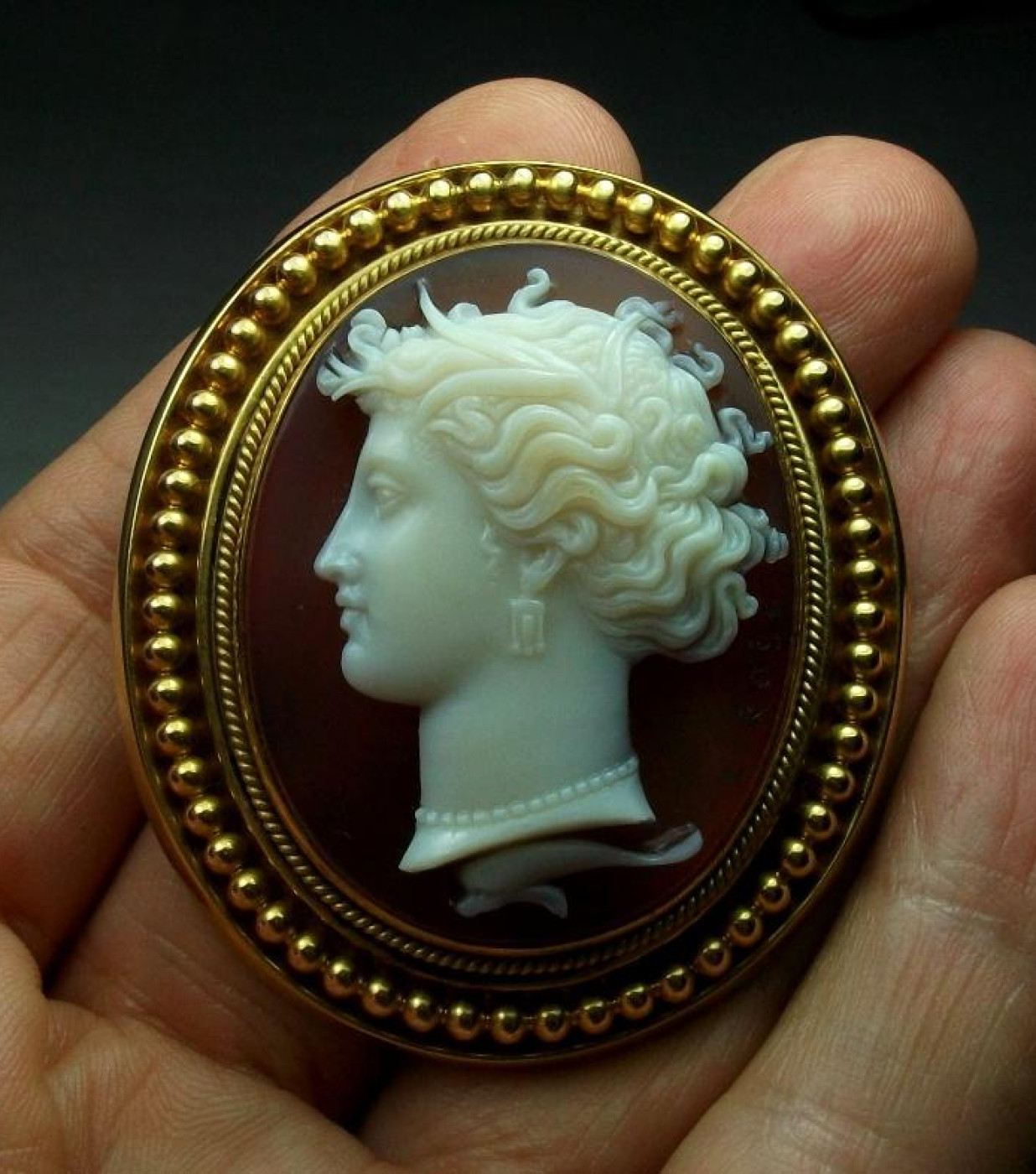 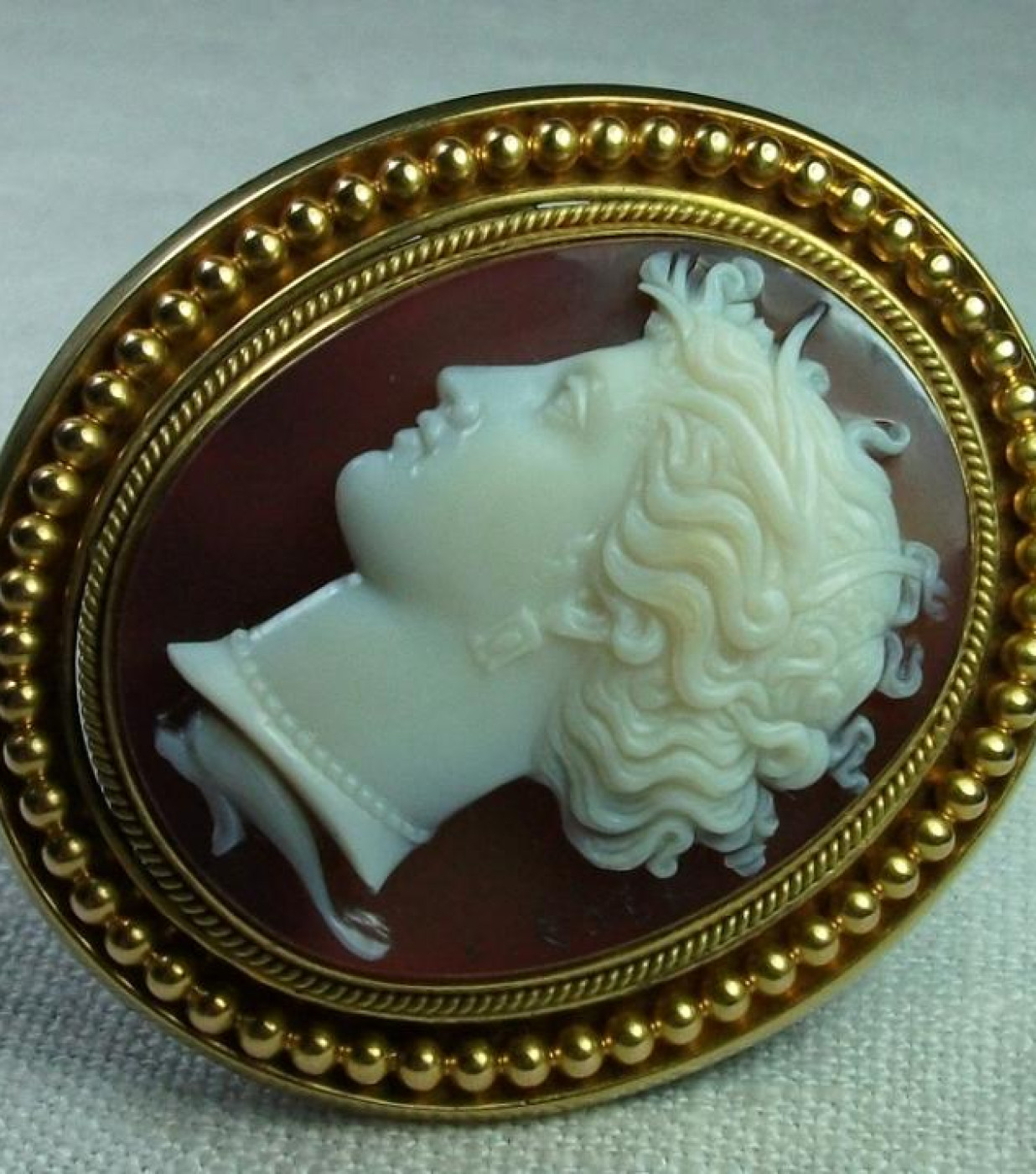 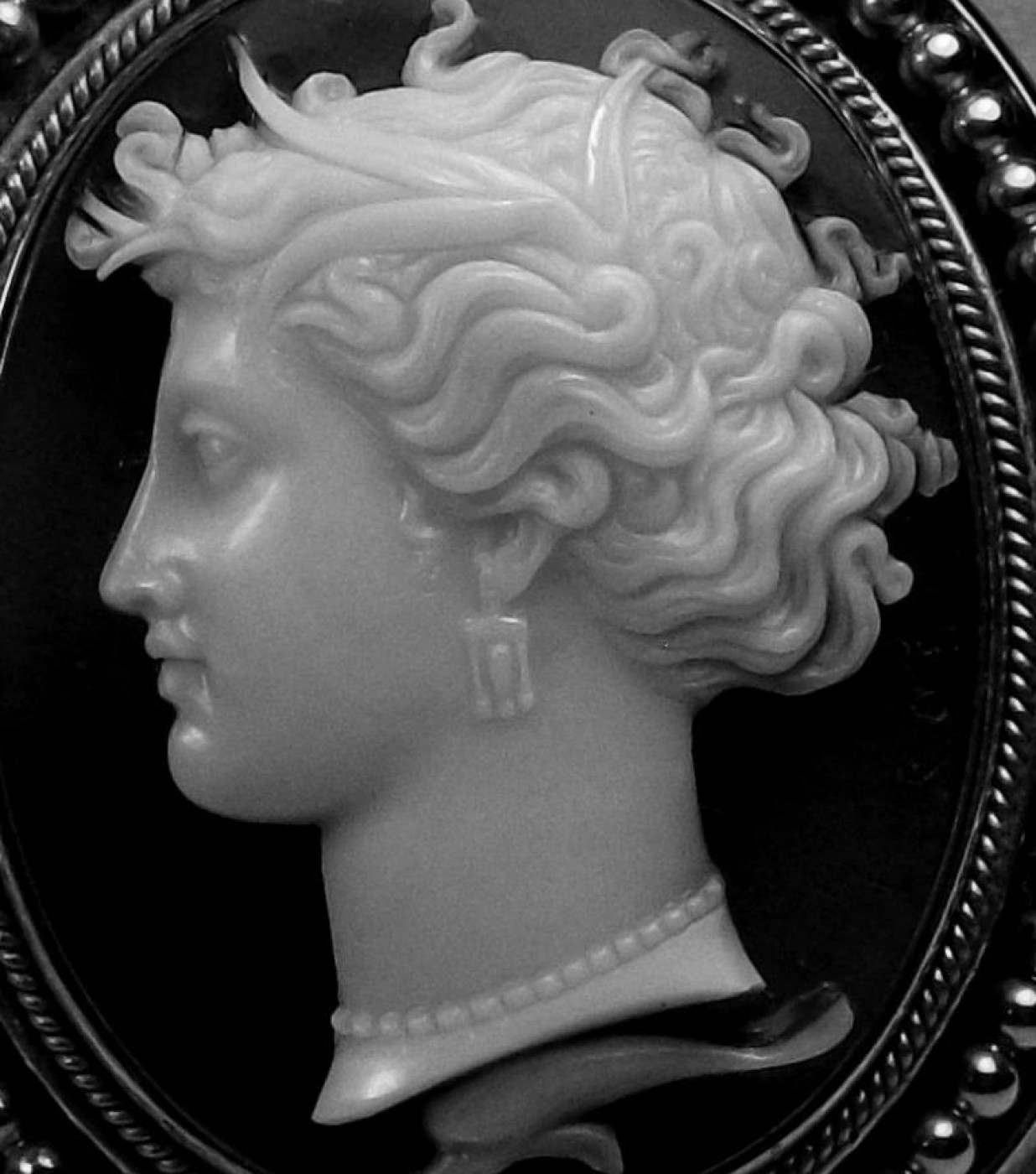 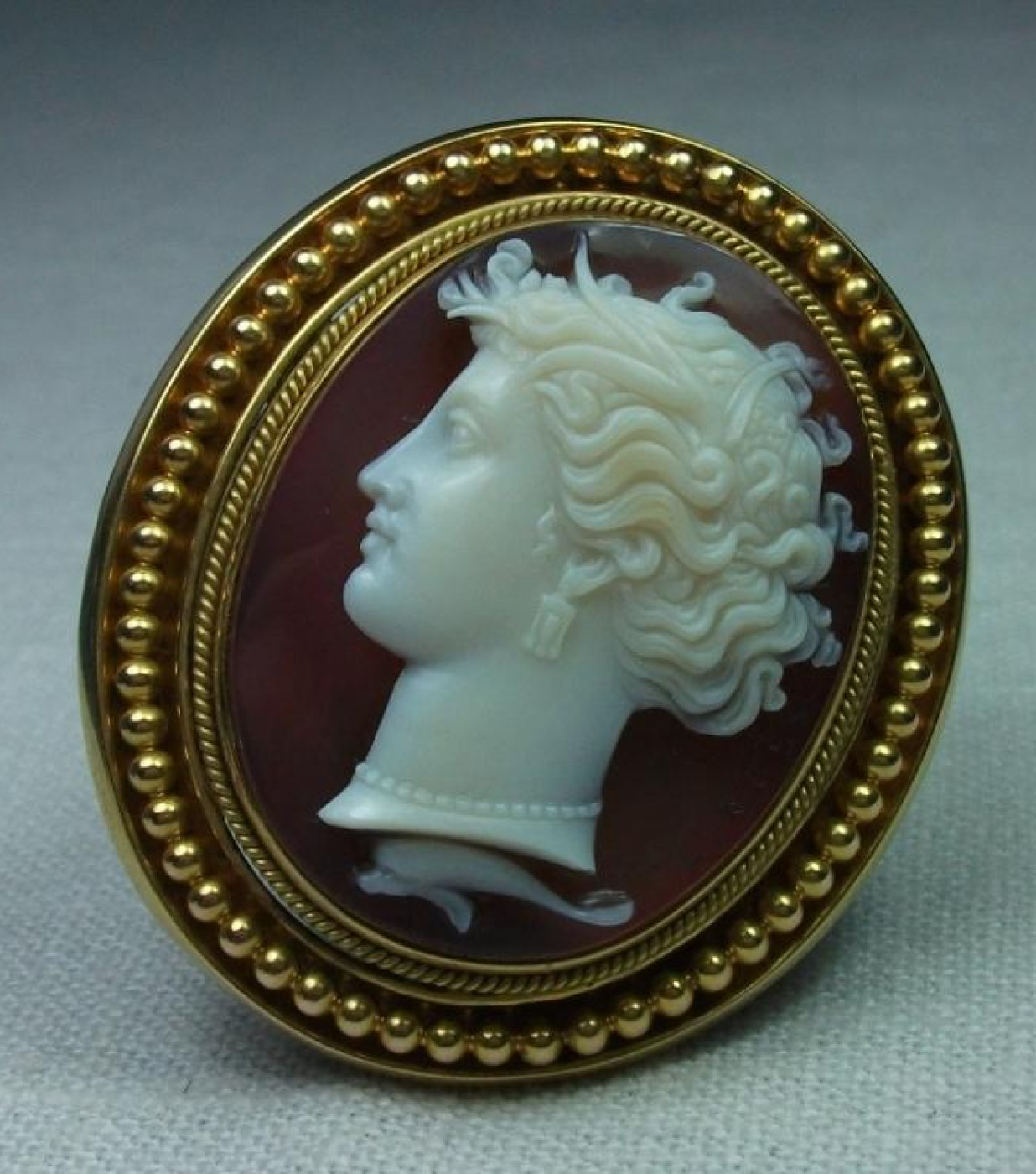 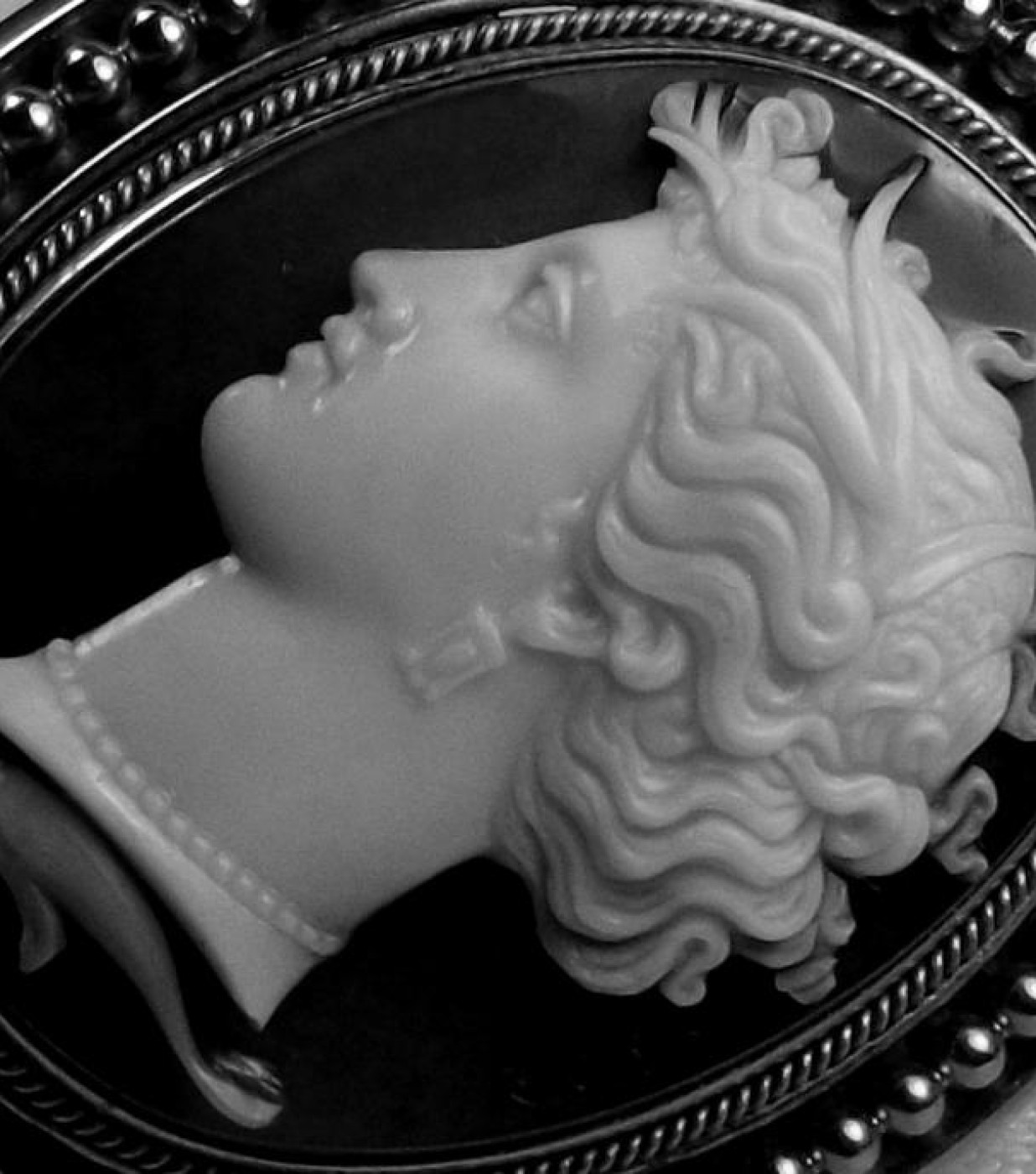 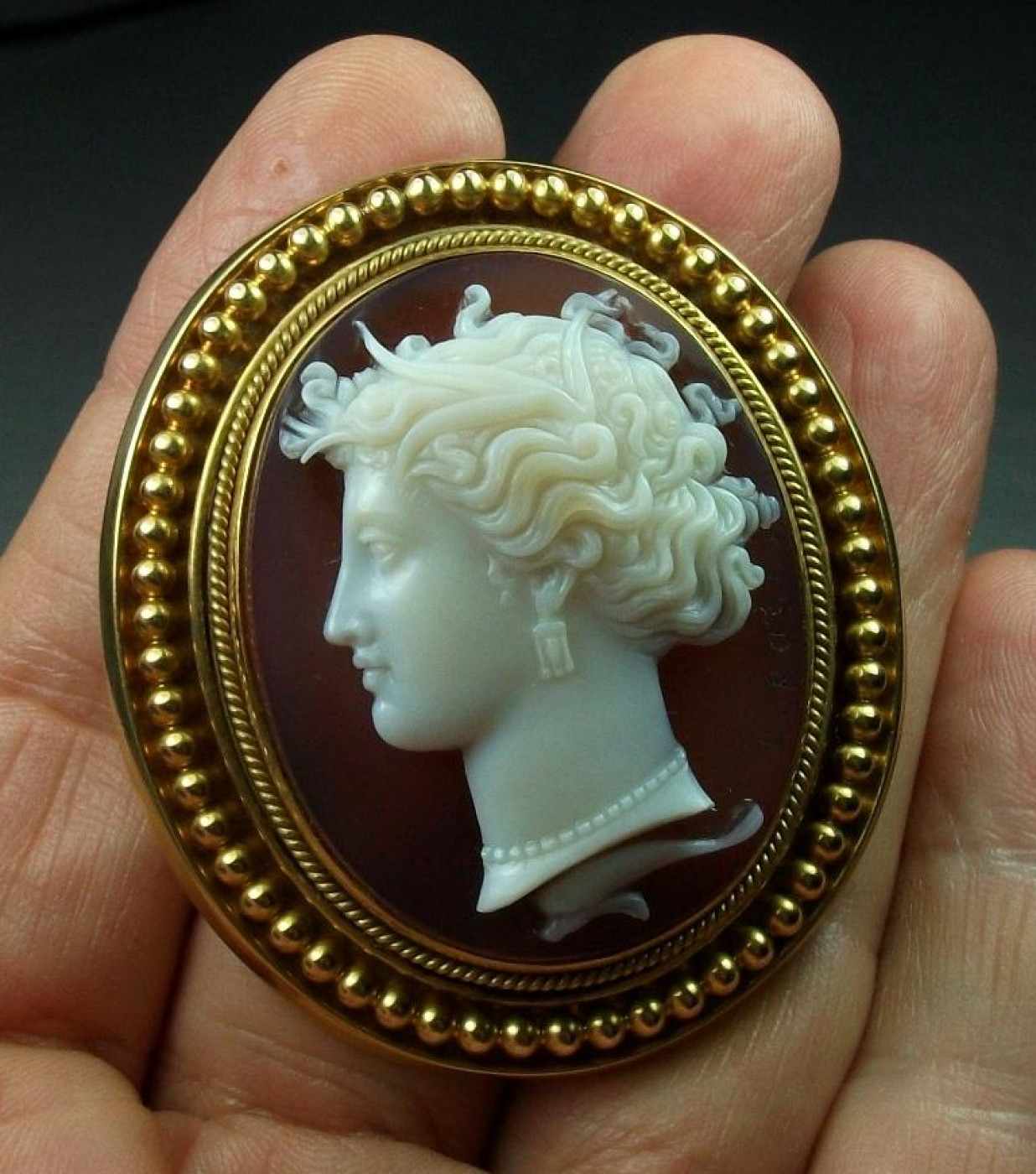 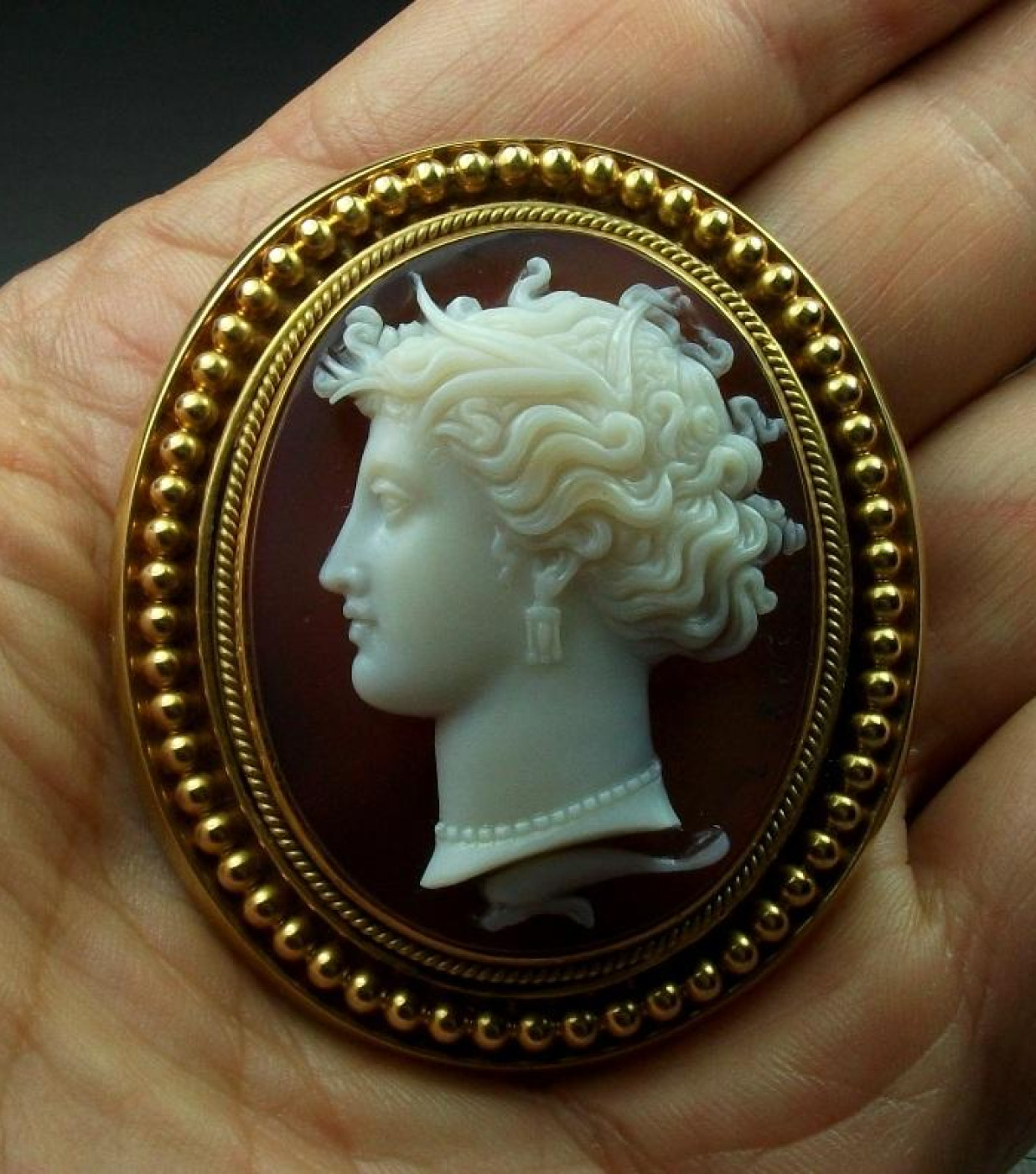 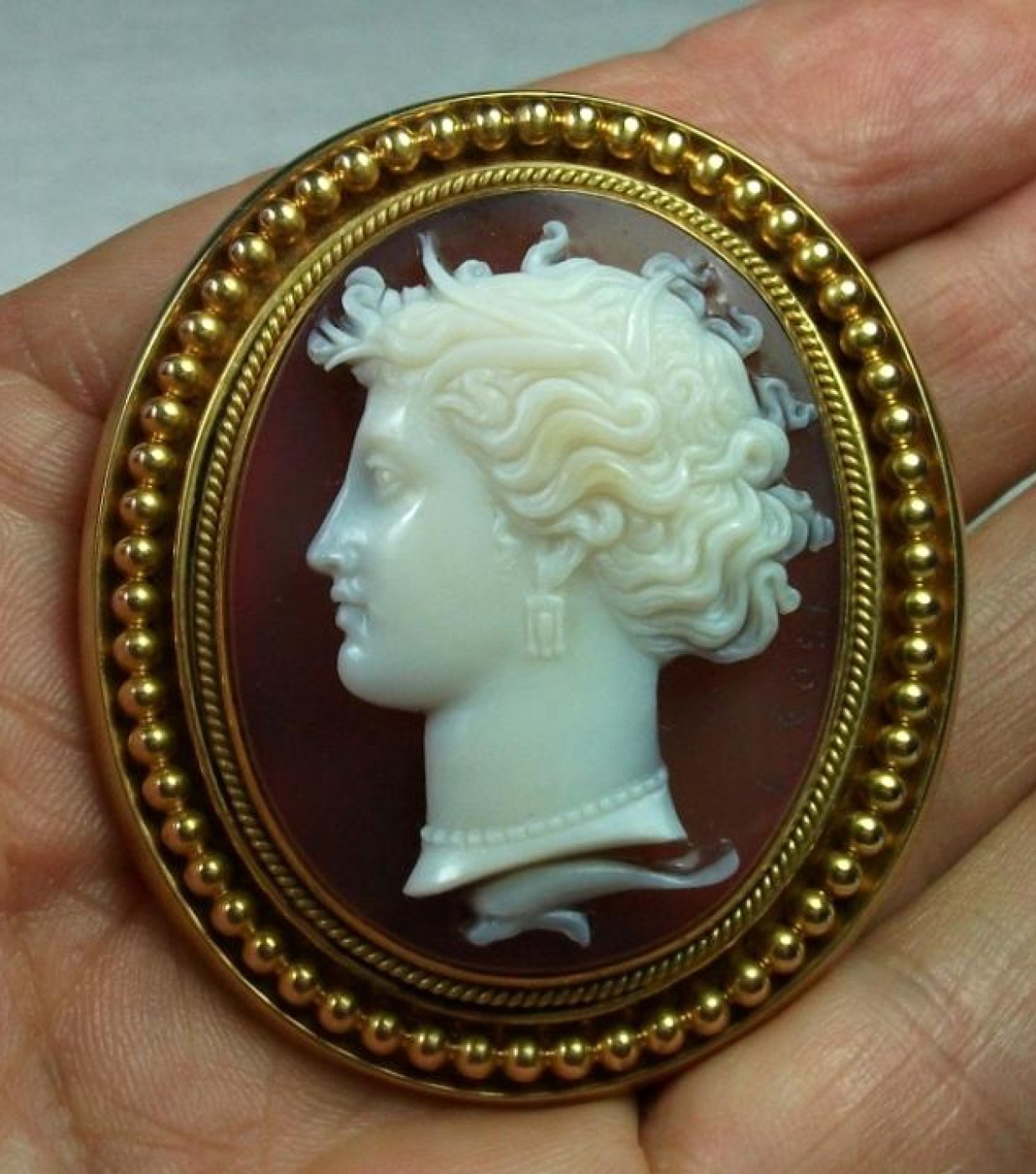 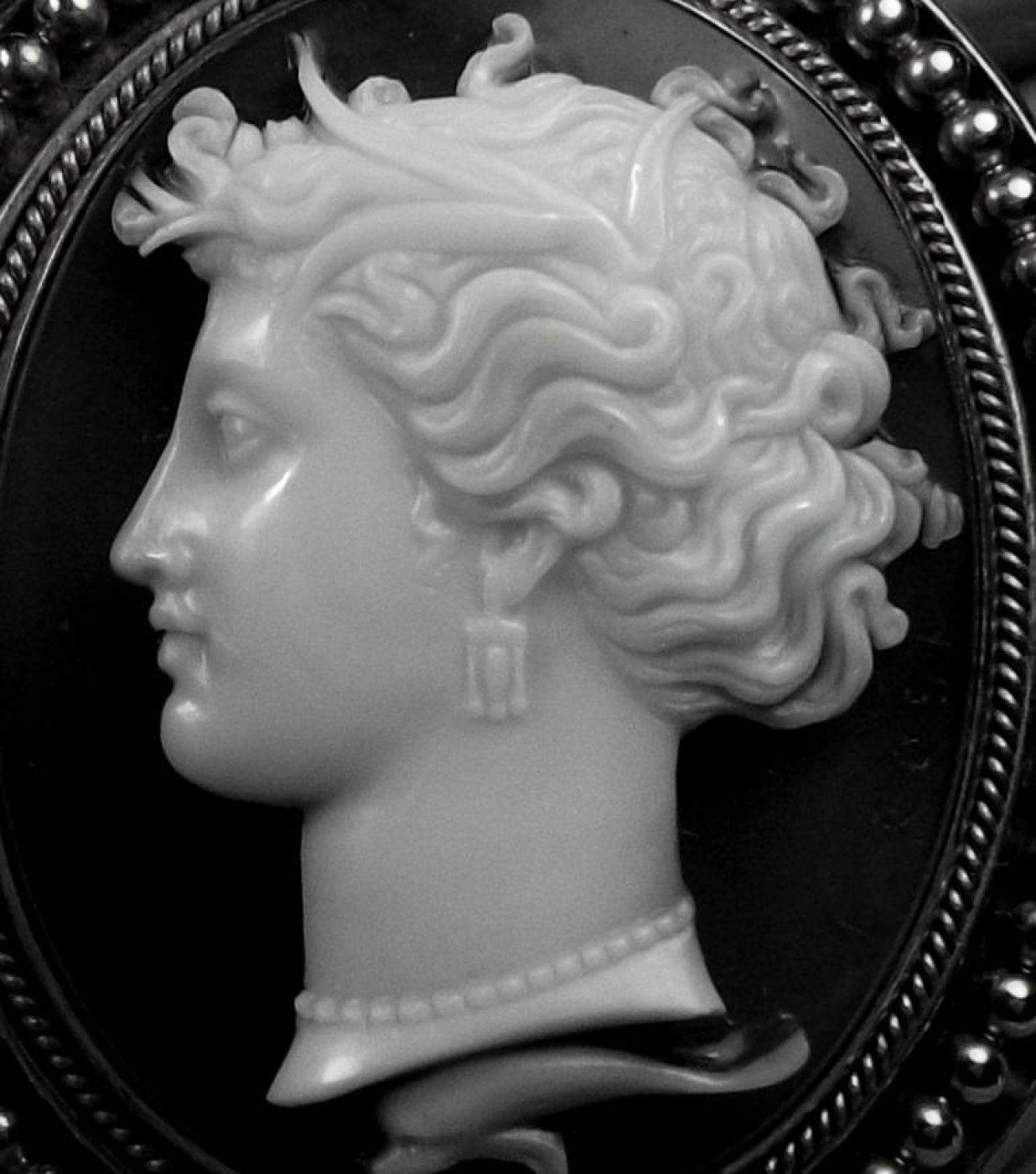 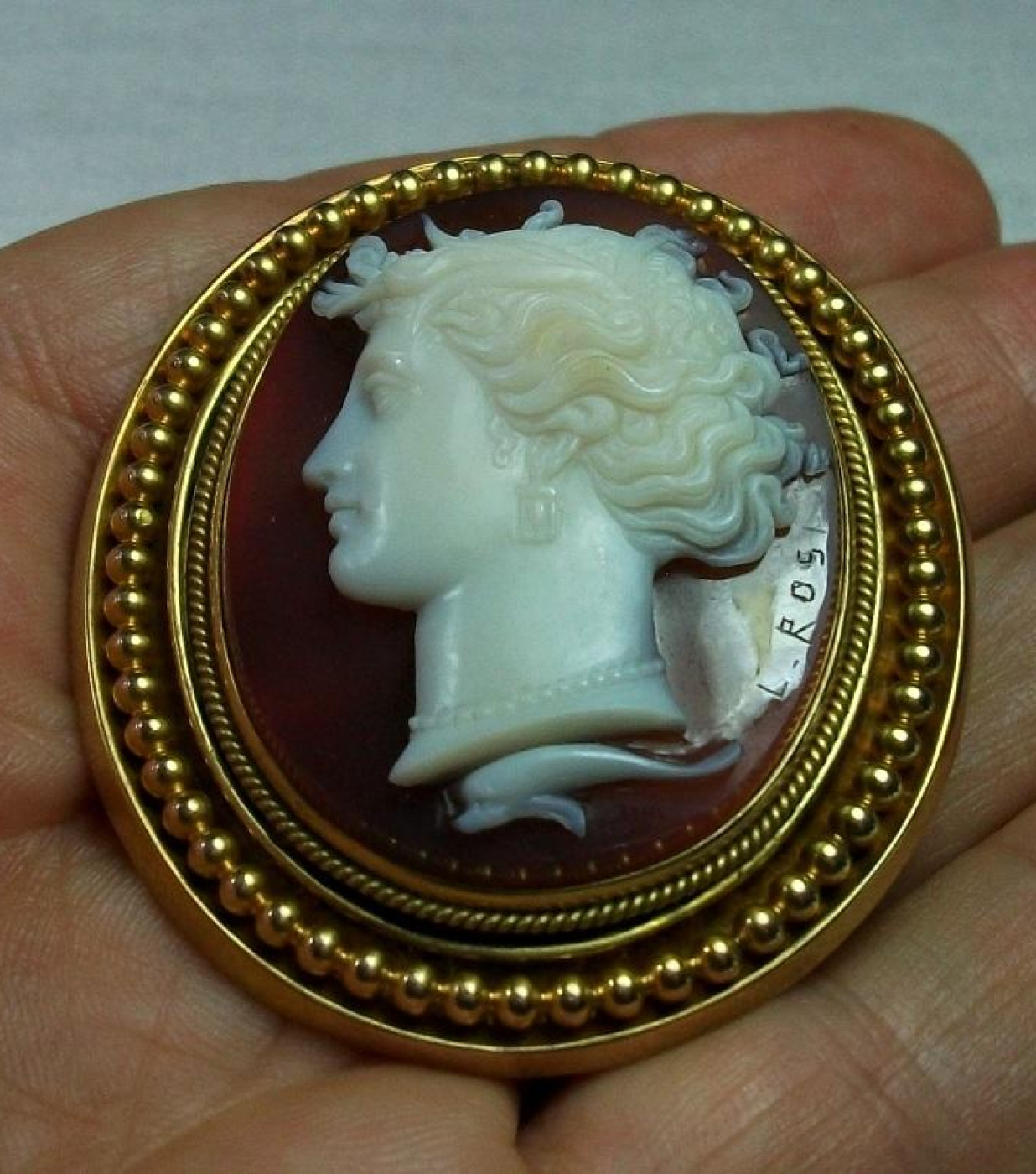 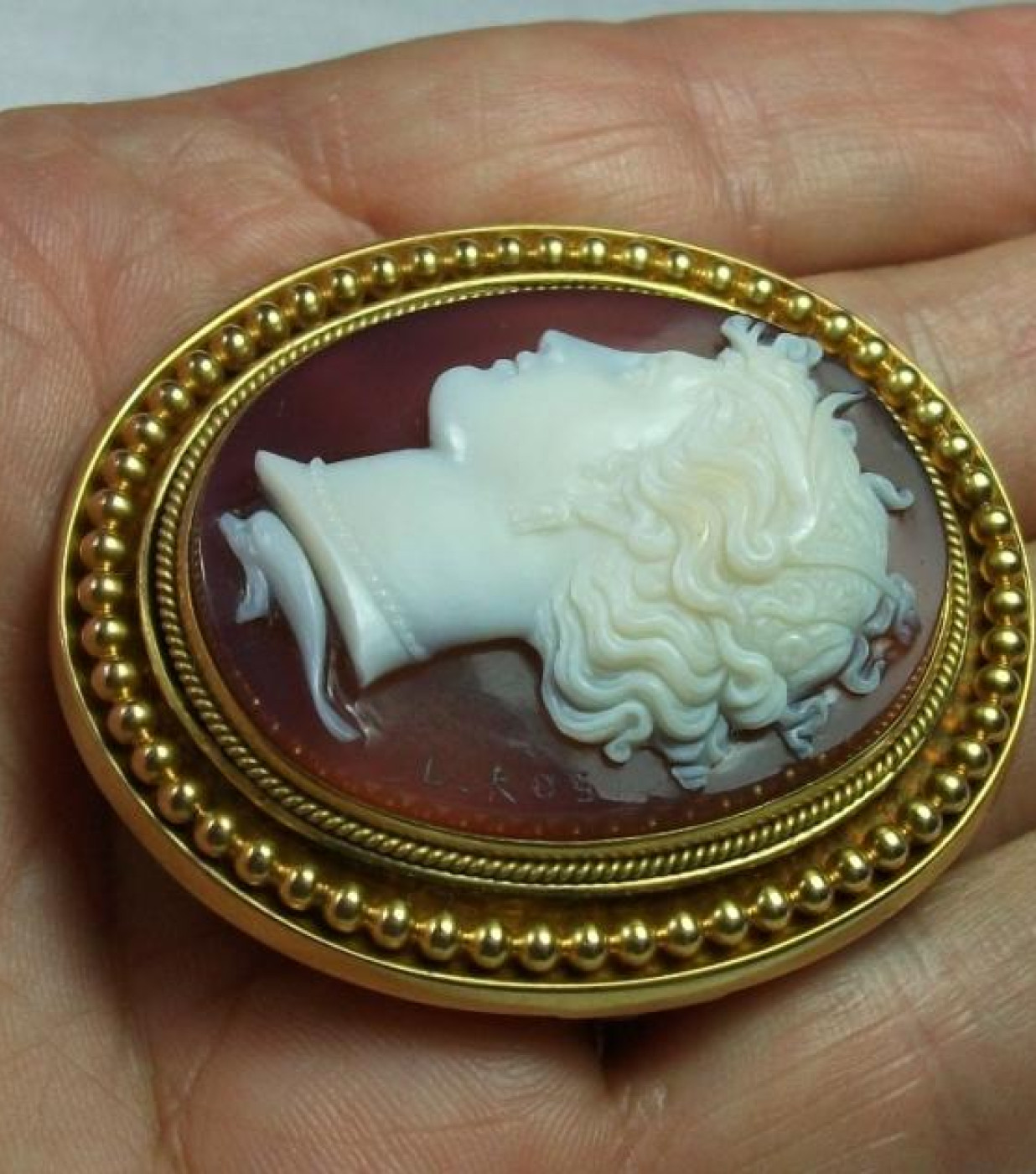 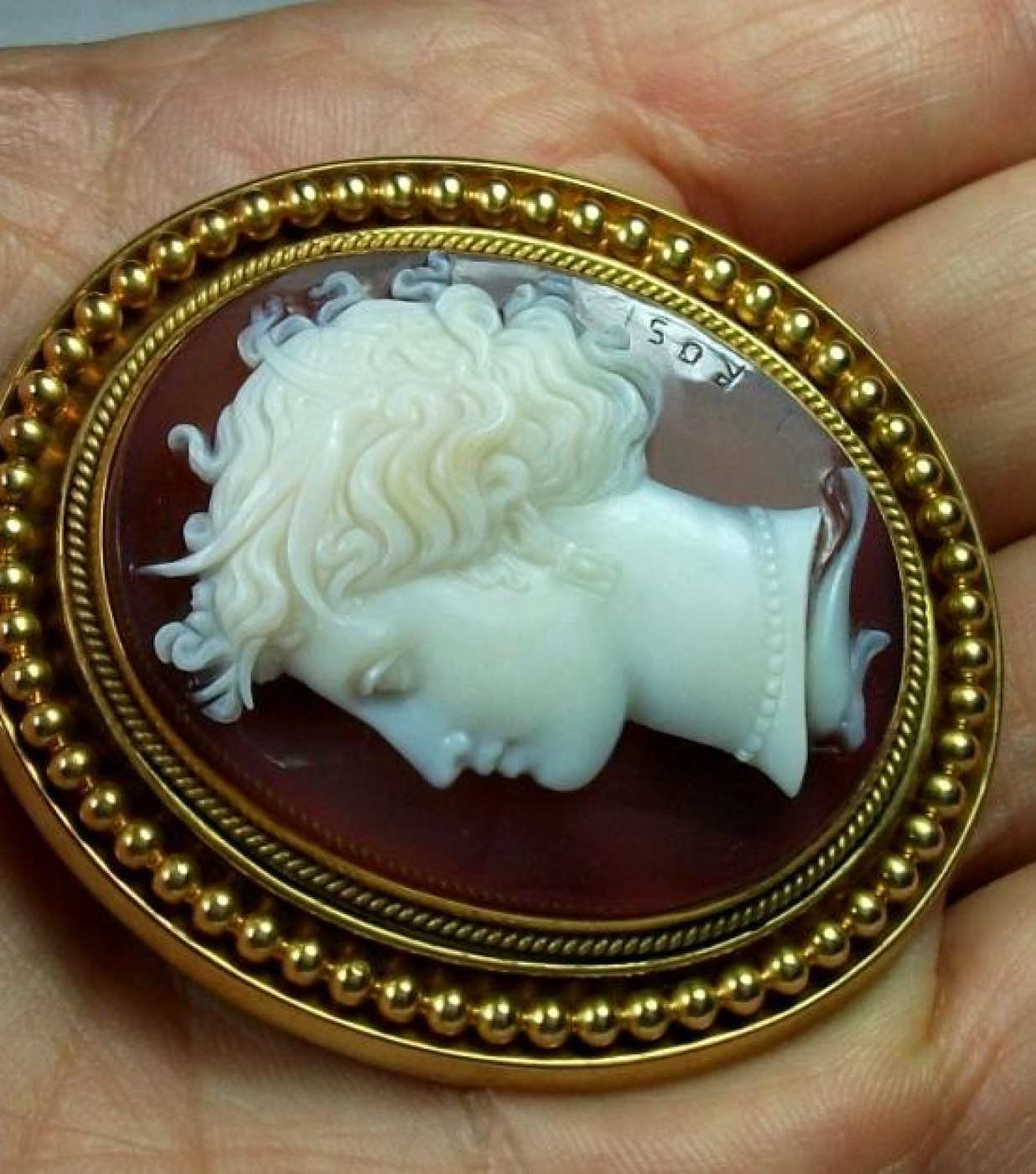 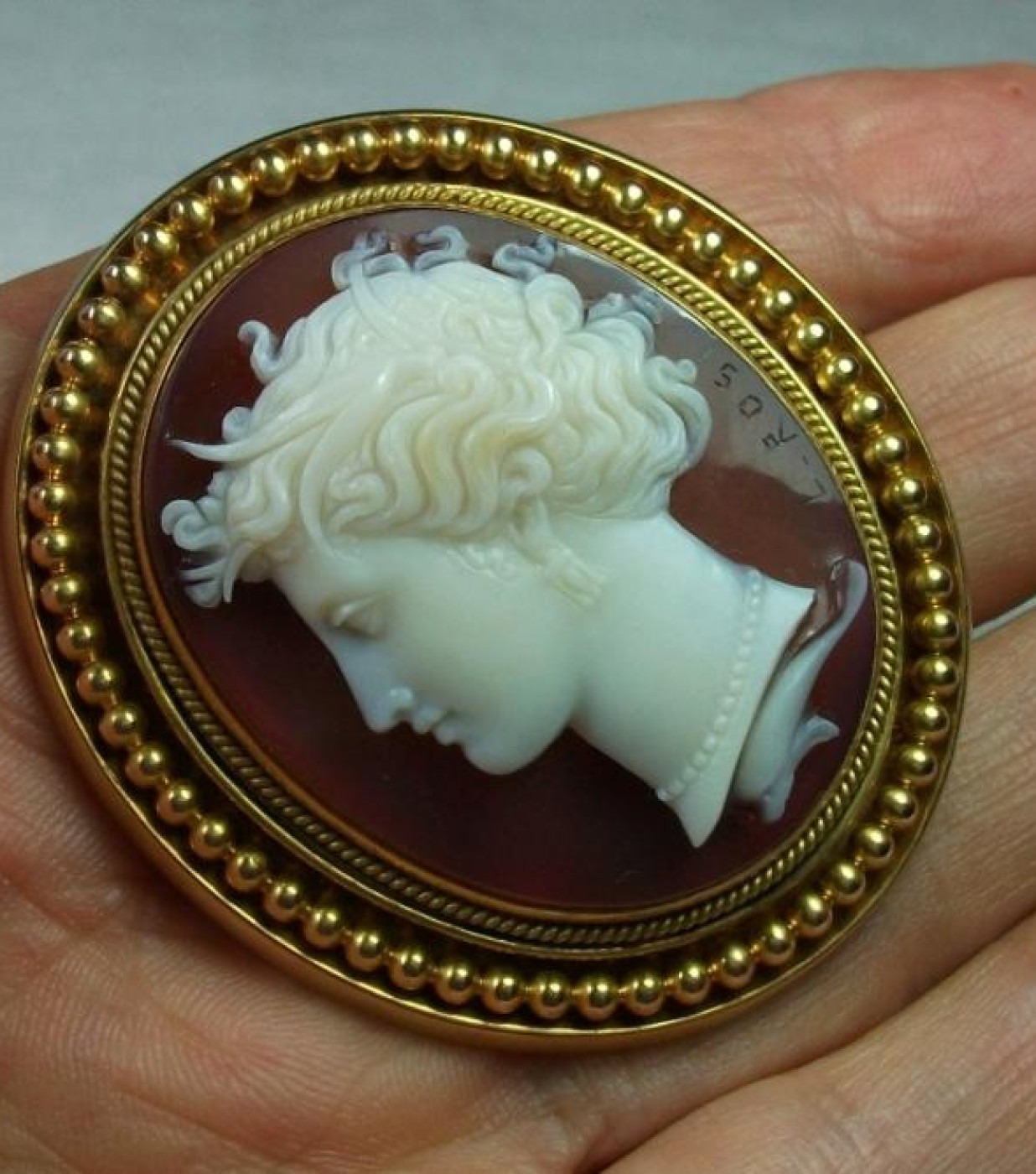 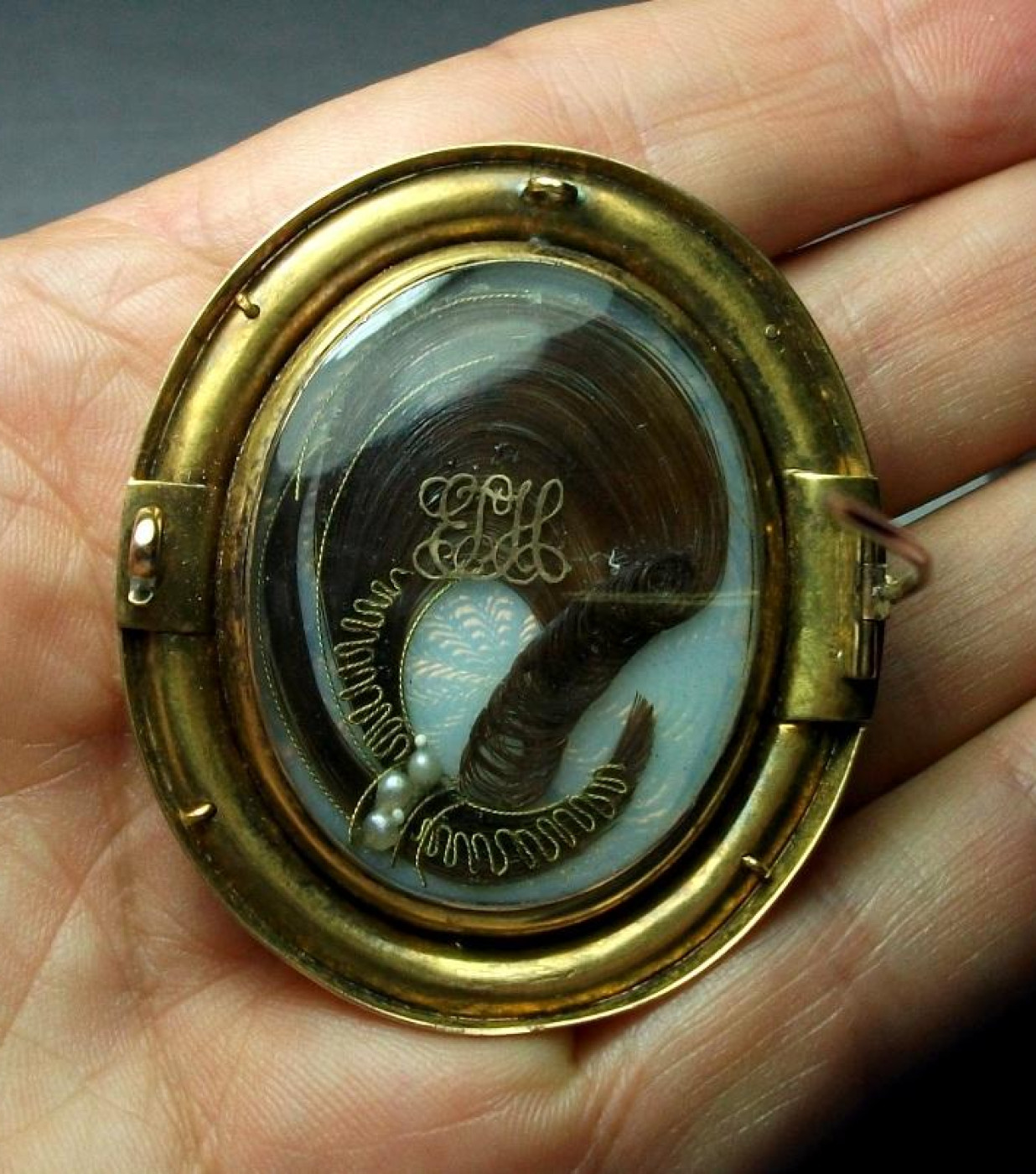 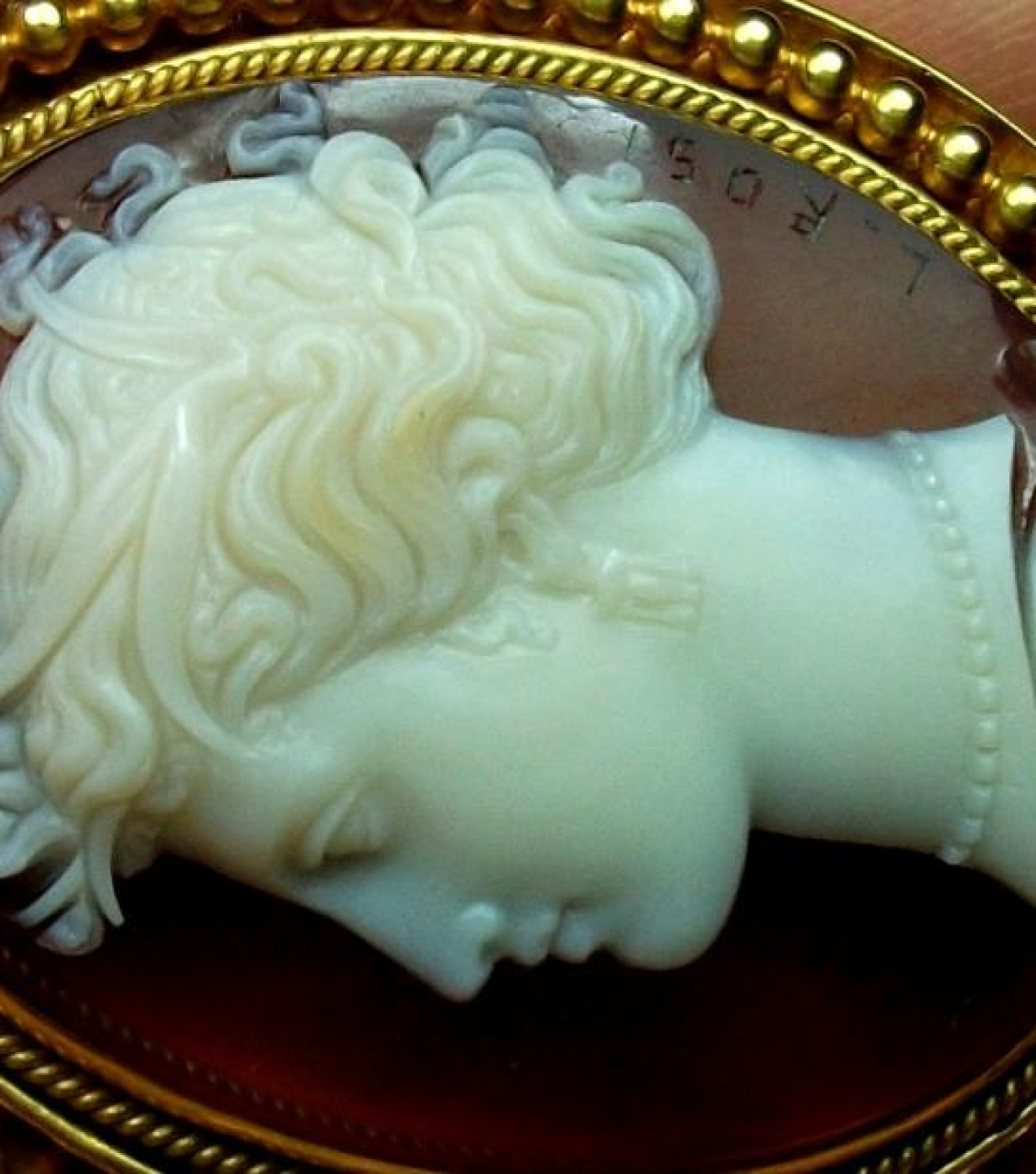 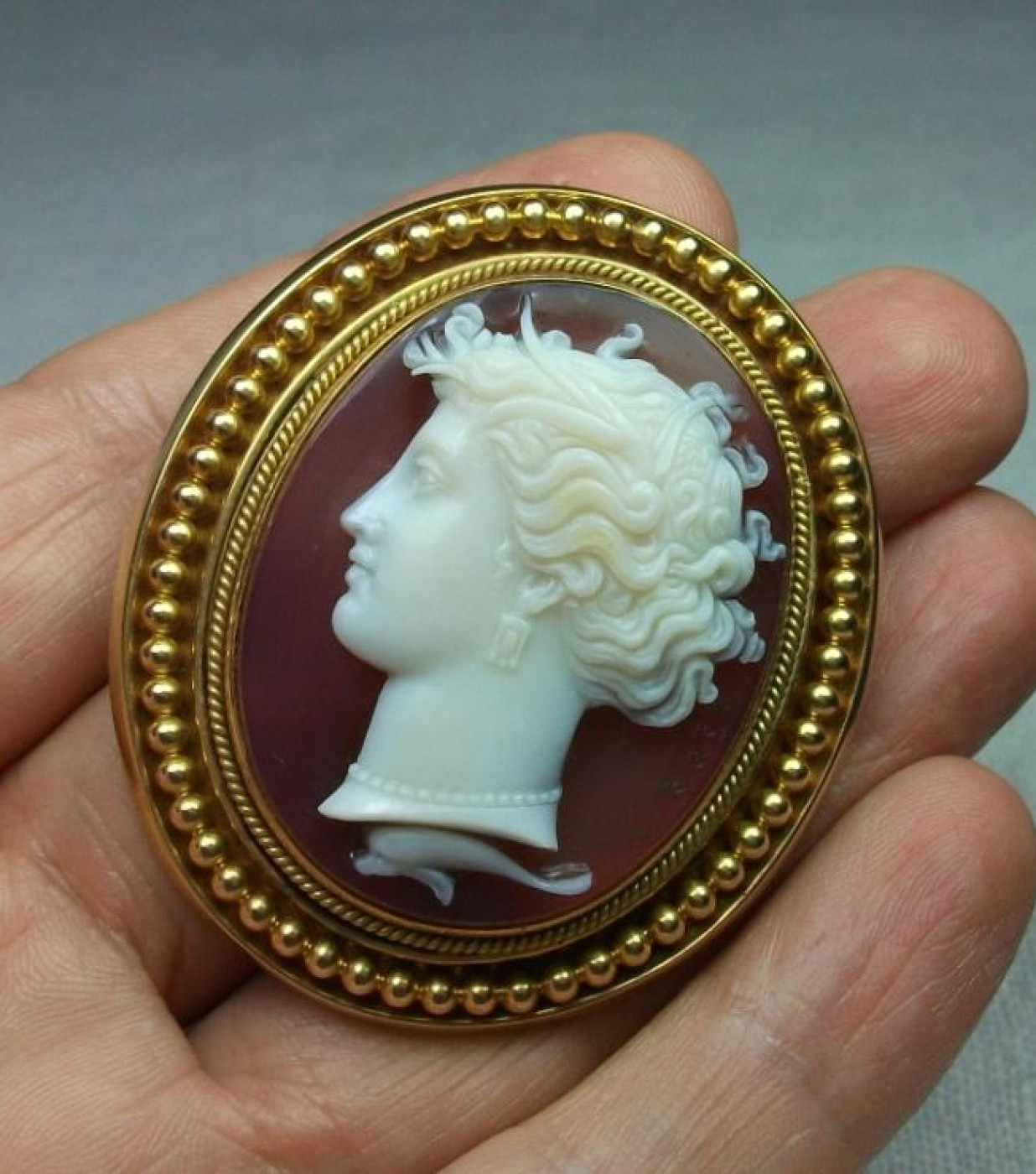 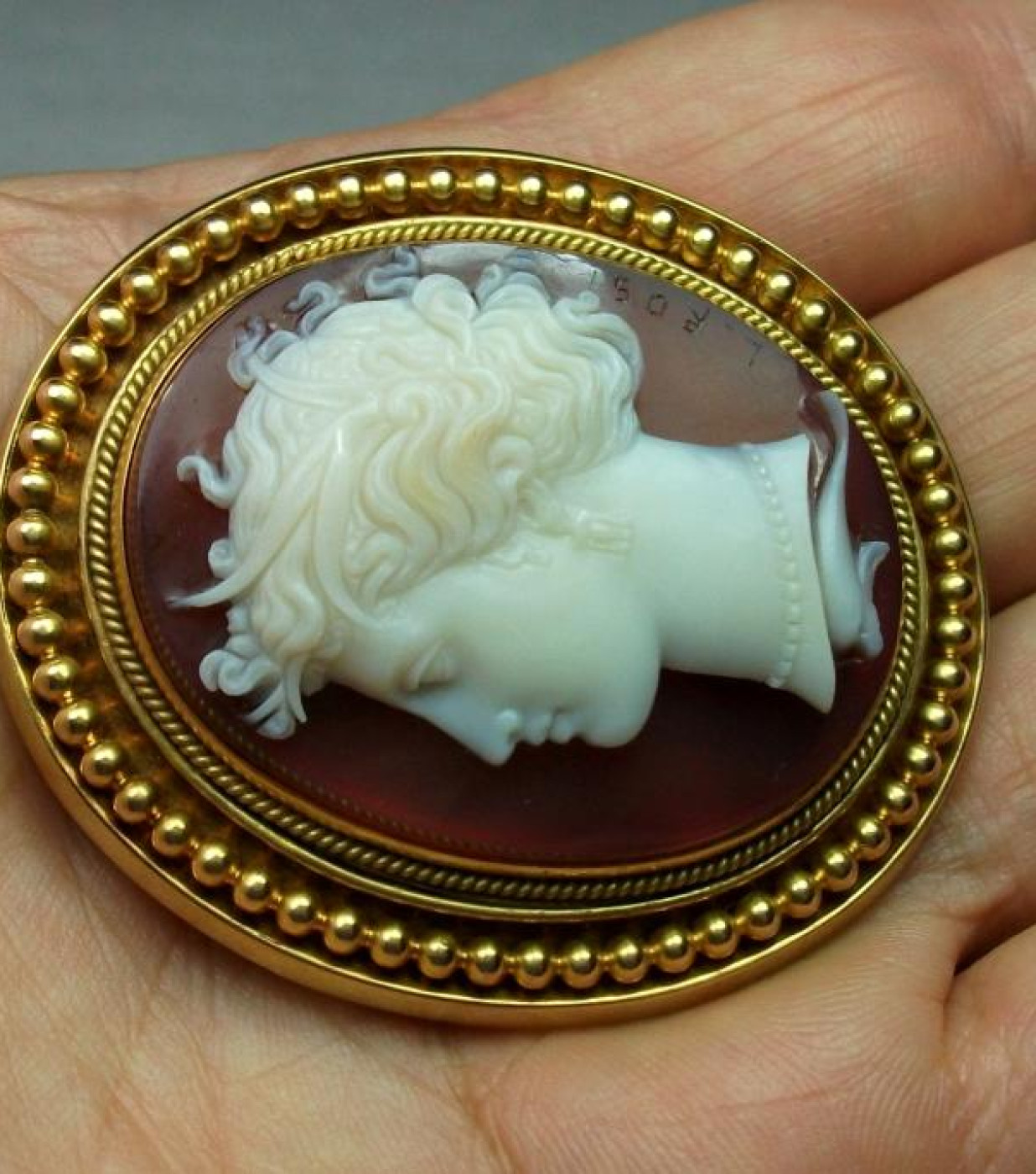 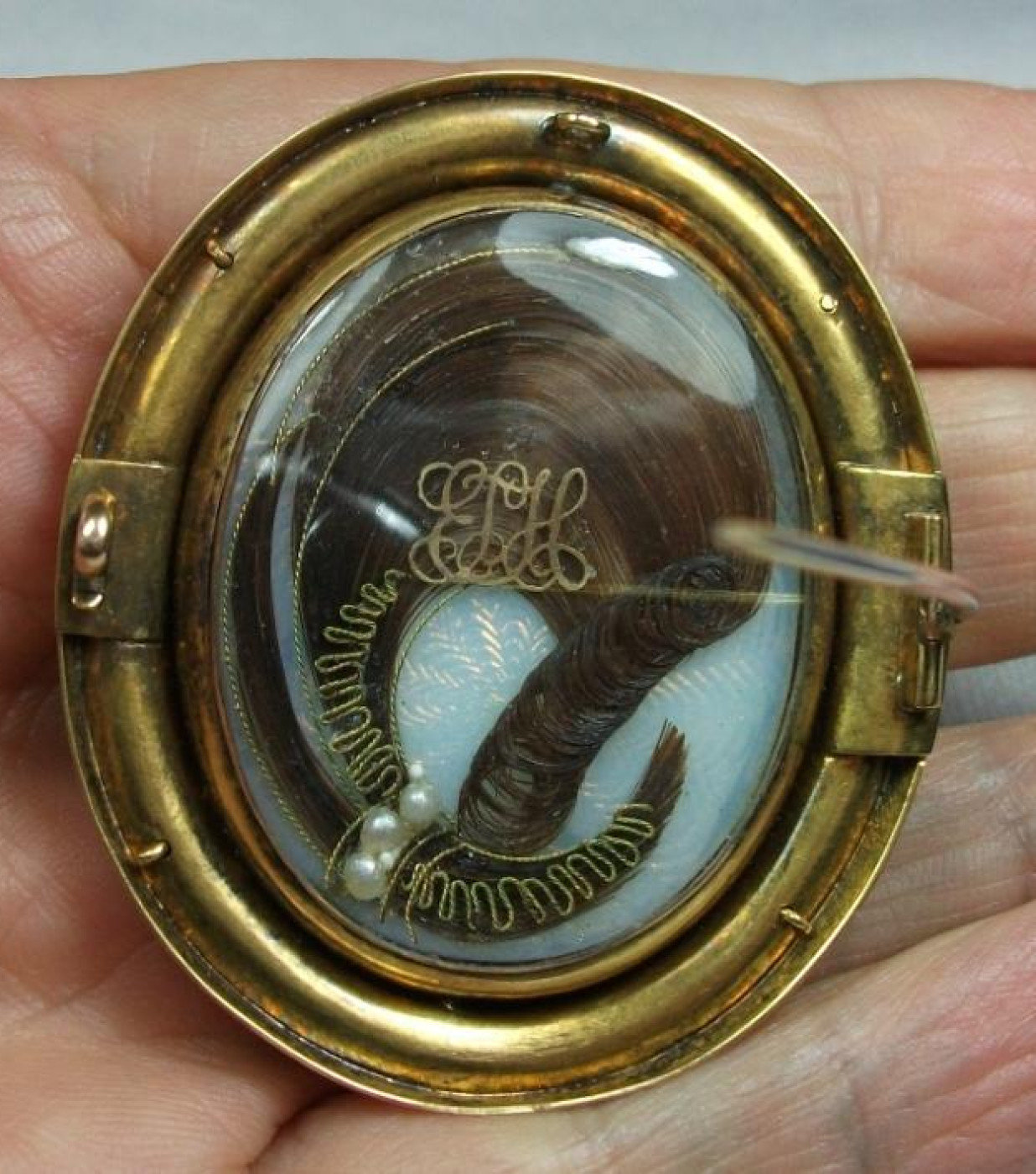 Magnificent Museum Quality cameo depicting the Nymph Arethusa. A rare subject in a cameo and rare to find so wonderfully carved and signed. This cameo is probably after a coin depicting Arethusa found in Sicily, Italy, look at the picture. She's portrayed in profile wearing a necklace and earrings, a dolphin is portrayed under her neck.  It is magnificently carved, look at her hair, she appears just coming out from an hairstylist. Arethusa here is depicted in a very feminine way. Her nose is straight and her mouth is full and sensual. The carver chose the right hard stone colour, a wonderful honey which contrast with the ivory colour of the carving. This is an incredibly finely carved  cameo and its beauty is enhanced from the frame which is made in massive gold very elaborately worked in the Castellani style, gold beads and a fine gold rope make the frame really magnificent. This frame is really an artwork who surrounds another one.  A real magnificent cameo. Everything is perfectly carved and so realistic. All the details are perfectly rendered. This is a real work of art, a very rare piece from the Victorian era. The pictures speak by themselves about the beauty of this piece. Cameo is signed on the front, on the right side, L. Rosi This is a piece that any Museum would compete to have, like most of my cameos which are really Museum Quality ones. This is another masterly carved cameo. A very desirable collectors piece.


Arethusa was a nymph and daughter of Nereus (making her a Nereid) and later became a fountain on the island of Ortygia in Syracuse, Sicily. The myth of her transformation begins when she came across a clear stream and began bathing, not knowing it was the river god Alpheus. He fell in love during their encounter, but she fled after discovering his presence and intentions, as she wished to remain a chaste attendant of Artemis. After a long chase, she prayed to her goddess to ask for protection. Artemis hid her in a cloud, but Alpheus was persistent. She began to perspire profusely from fear, and soon transformed into a stream. Artemis then broke the ground allowing Arethusa another attempt to flee. Her stream traveled under the earth to the island of Ortygia, but Alpheus flowed through the sea to reach her and mingle with her waters. Arethusa occasionally appeared on coins as a young girl with a net in her hair and sometimes with dolphin around her head or under her neck. These coins were common around Ortygia, the location in which she ends up after fleeing from Alpheus.