Micro Mosaic of The Doves of Pliny 1834 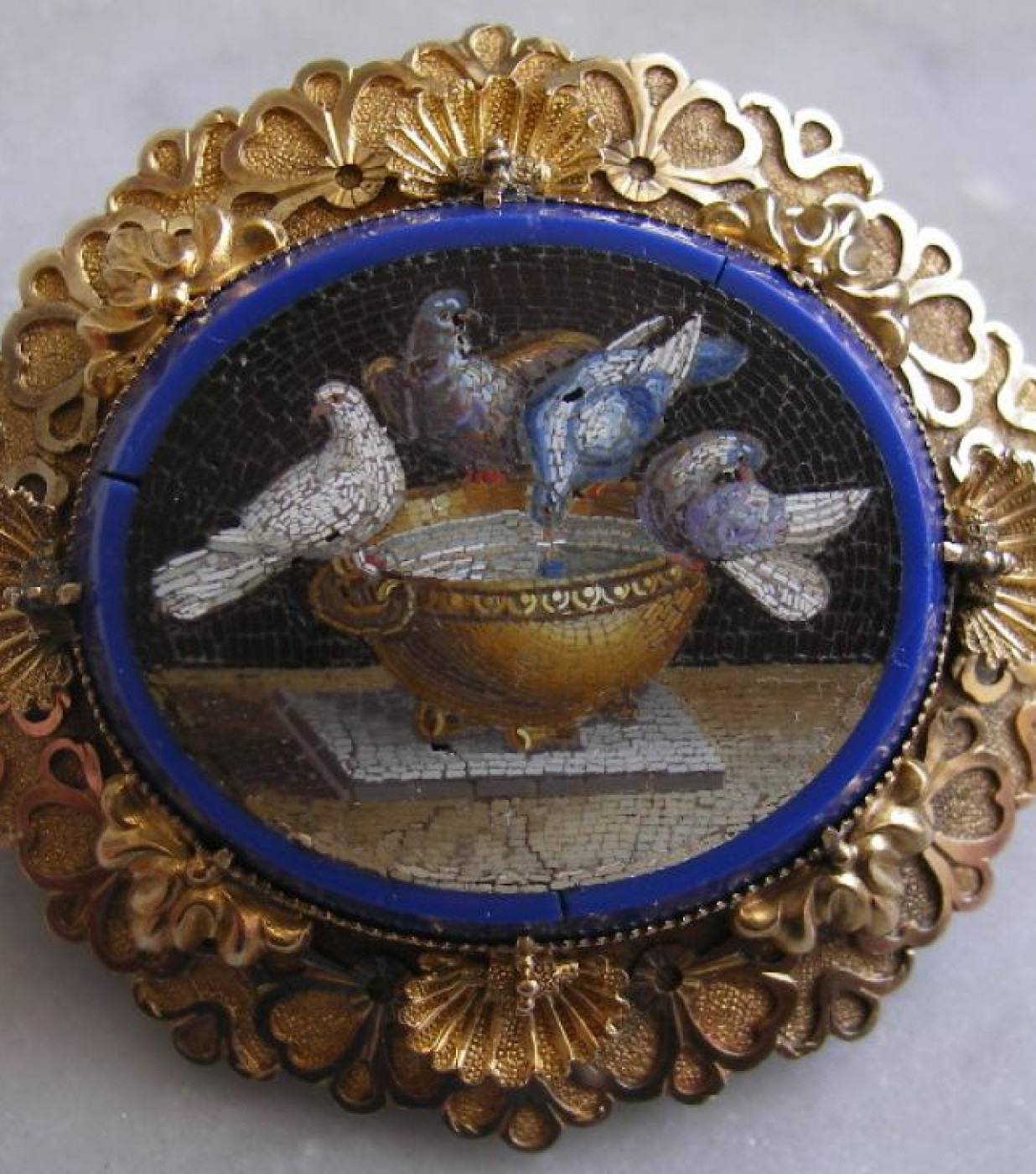 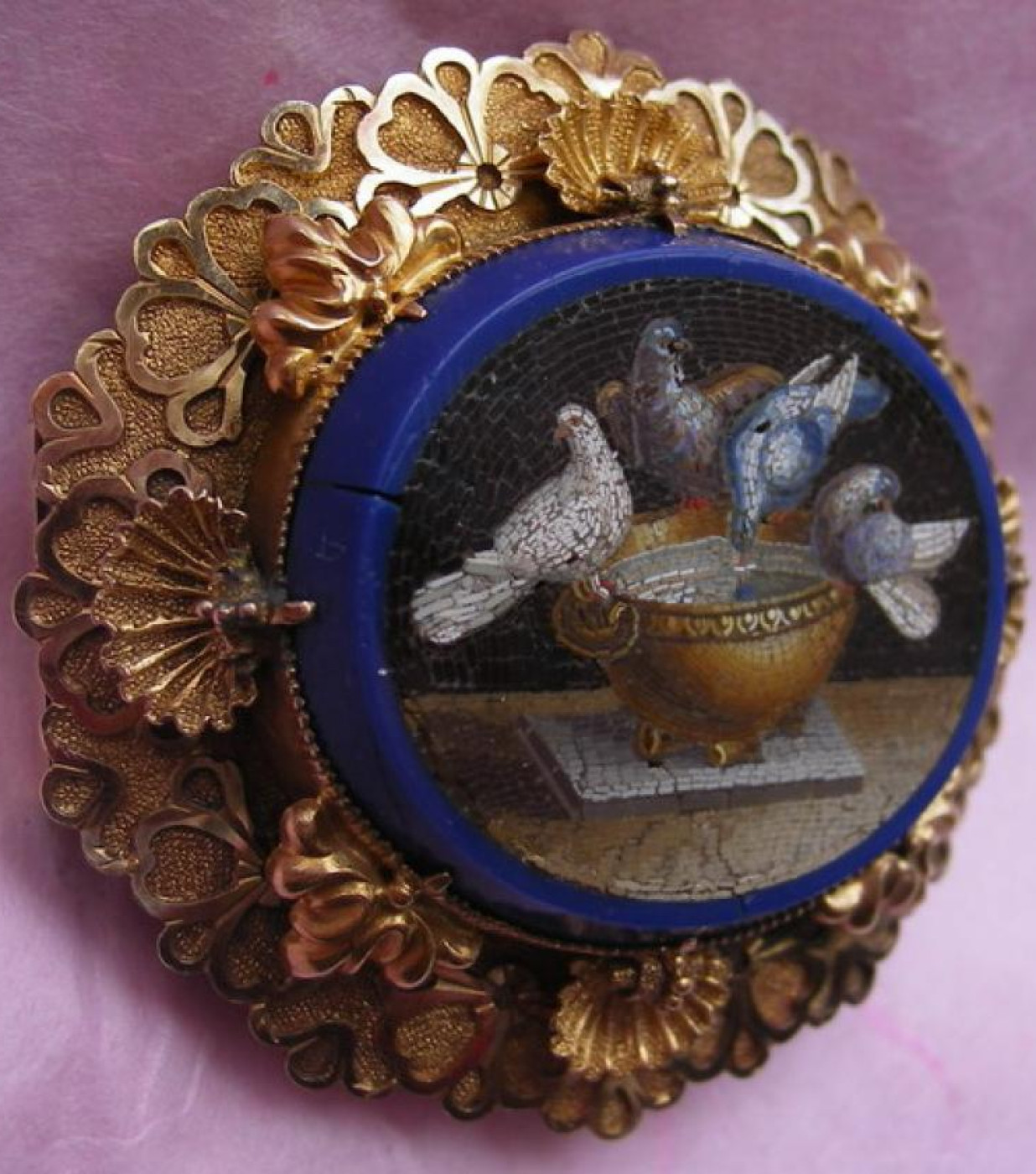 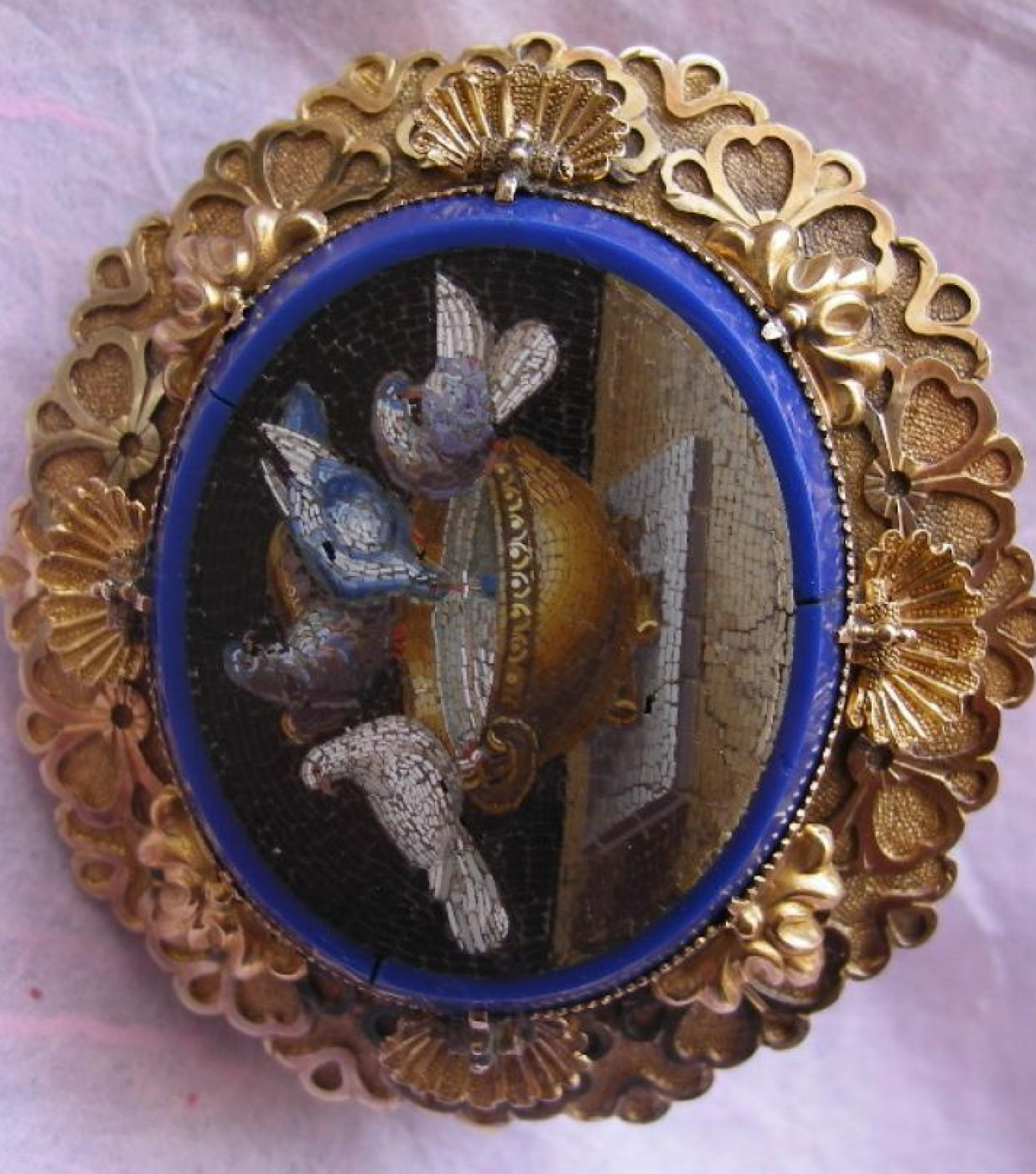 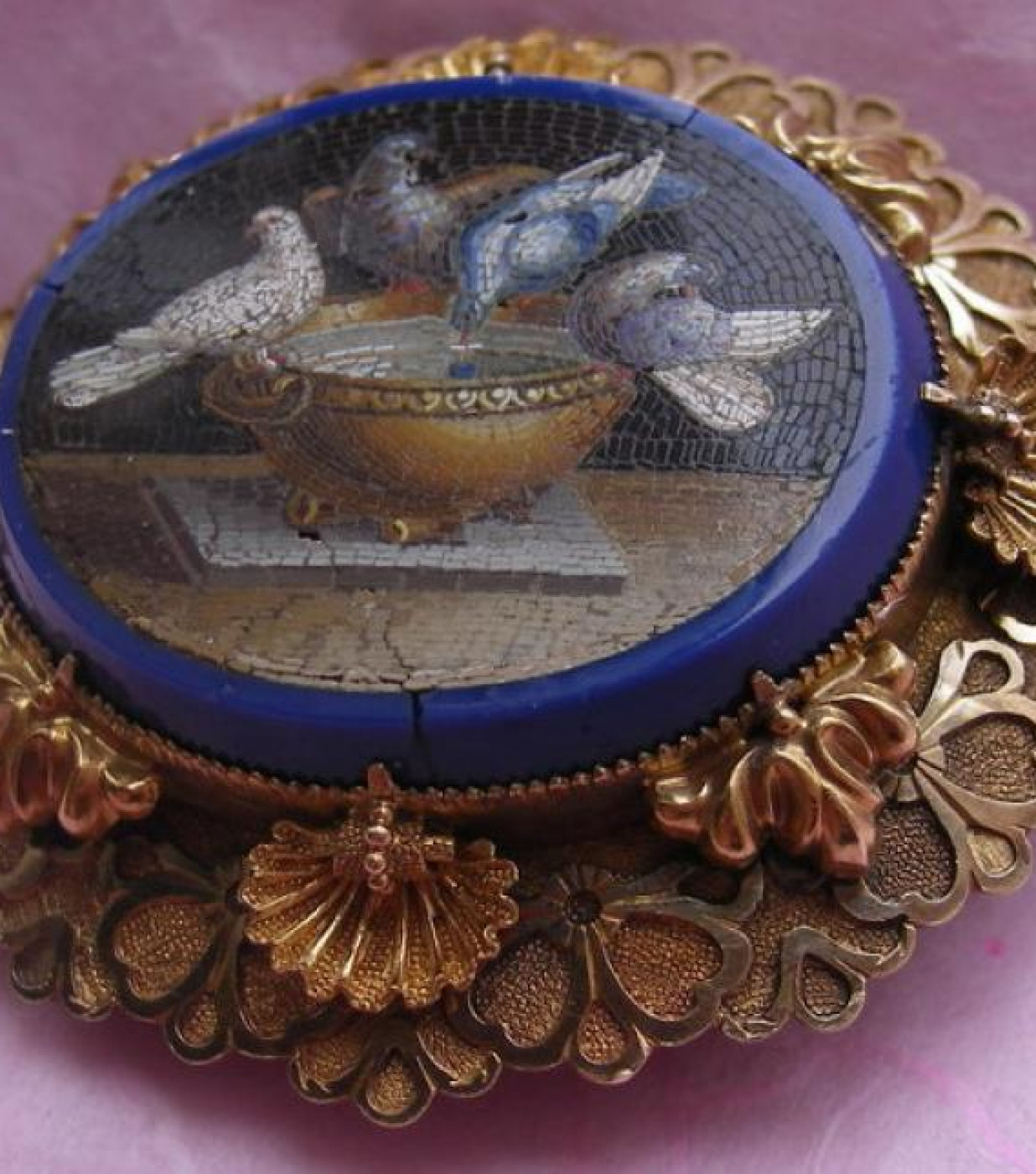 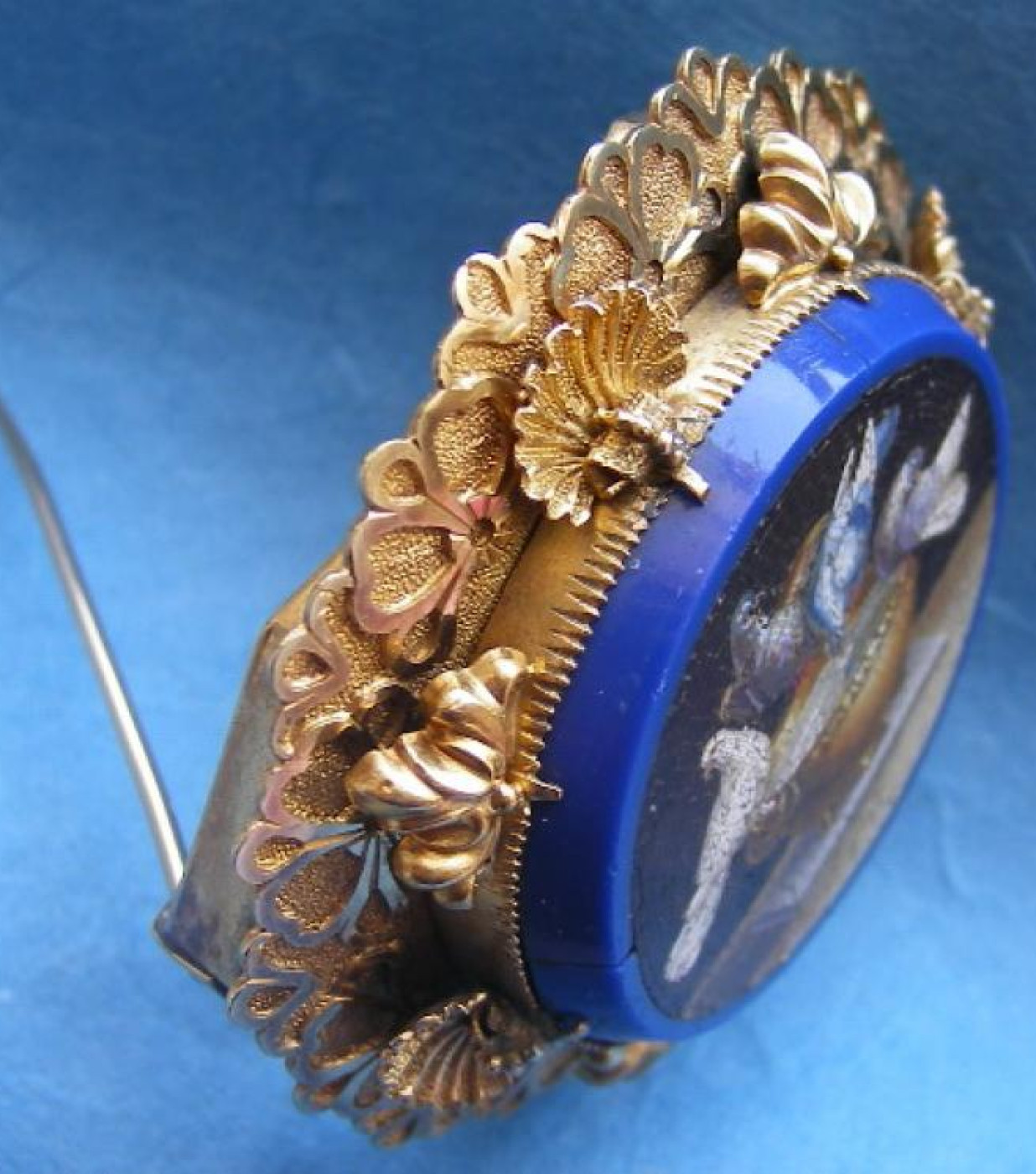 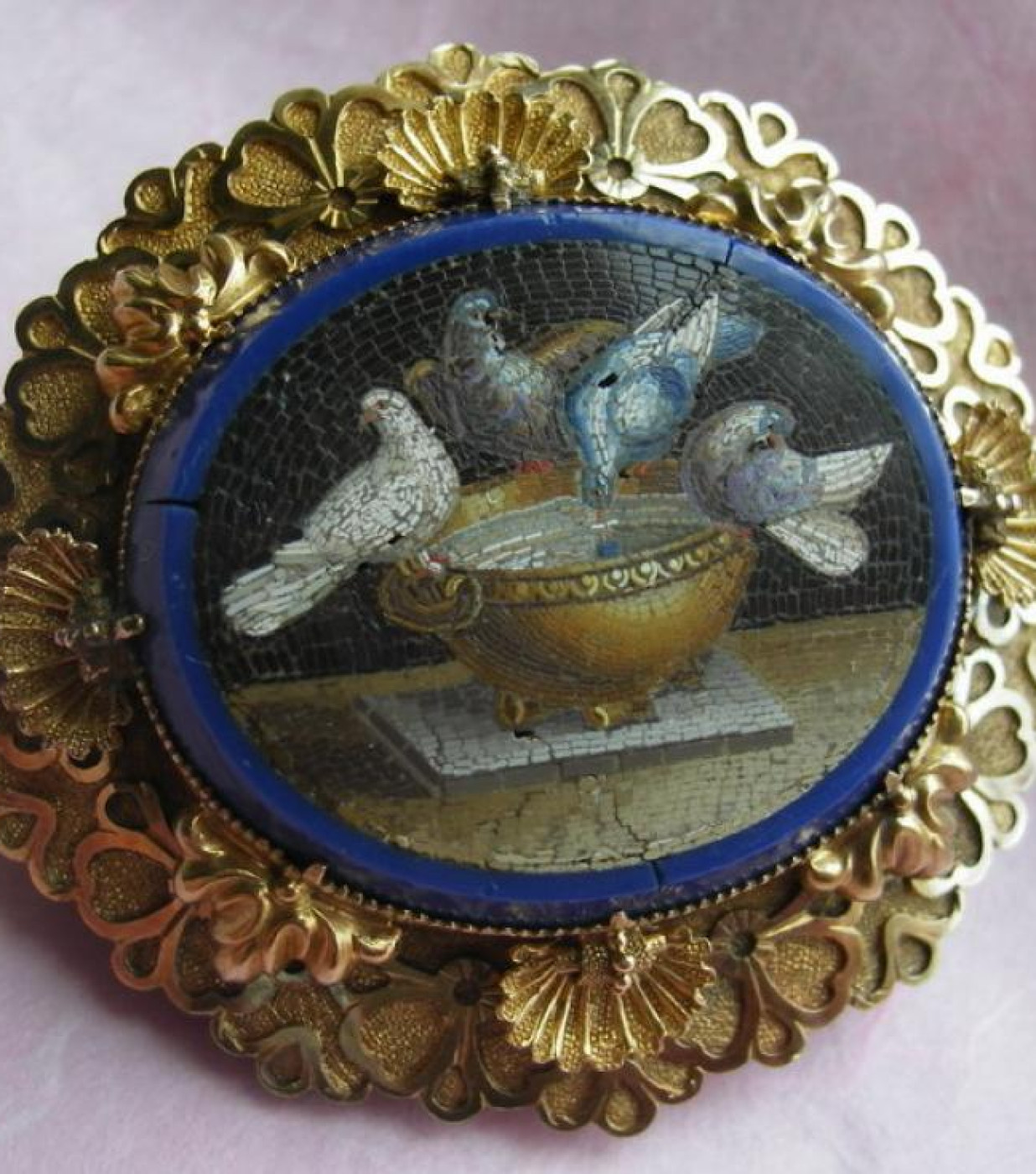 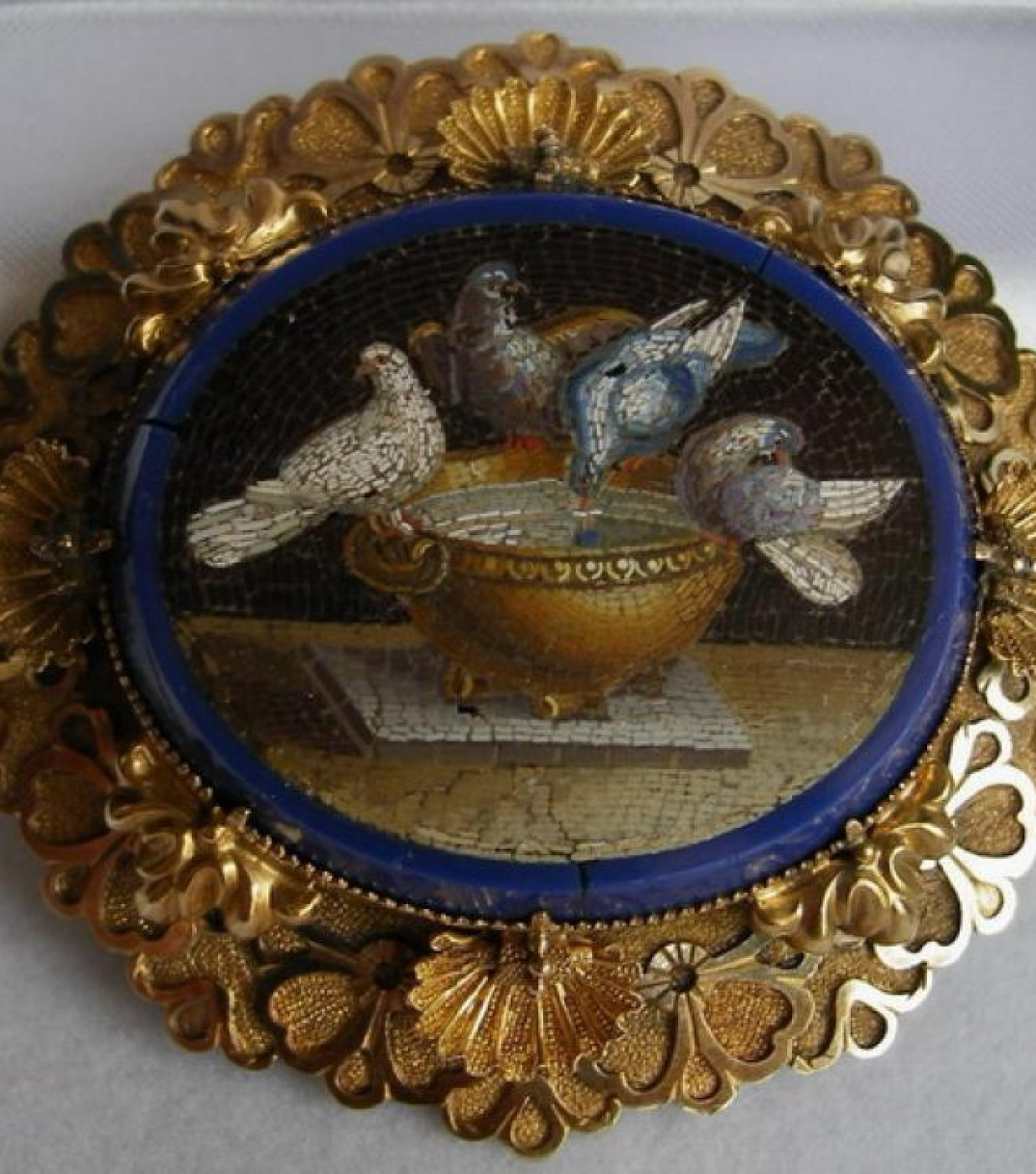 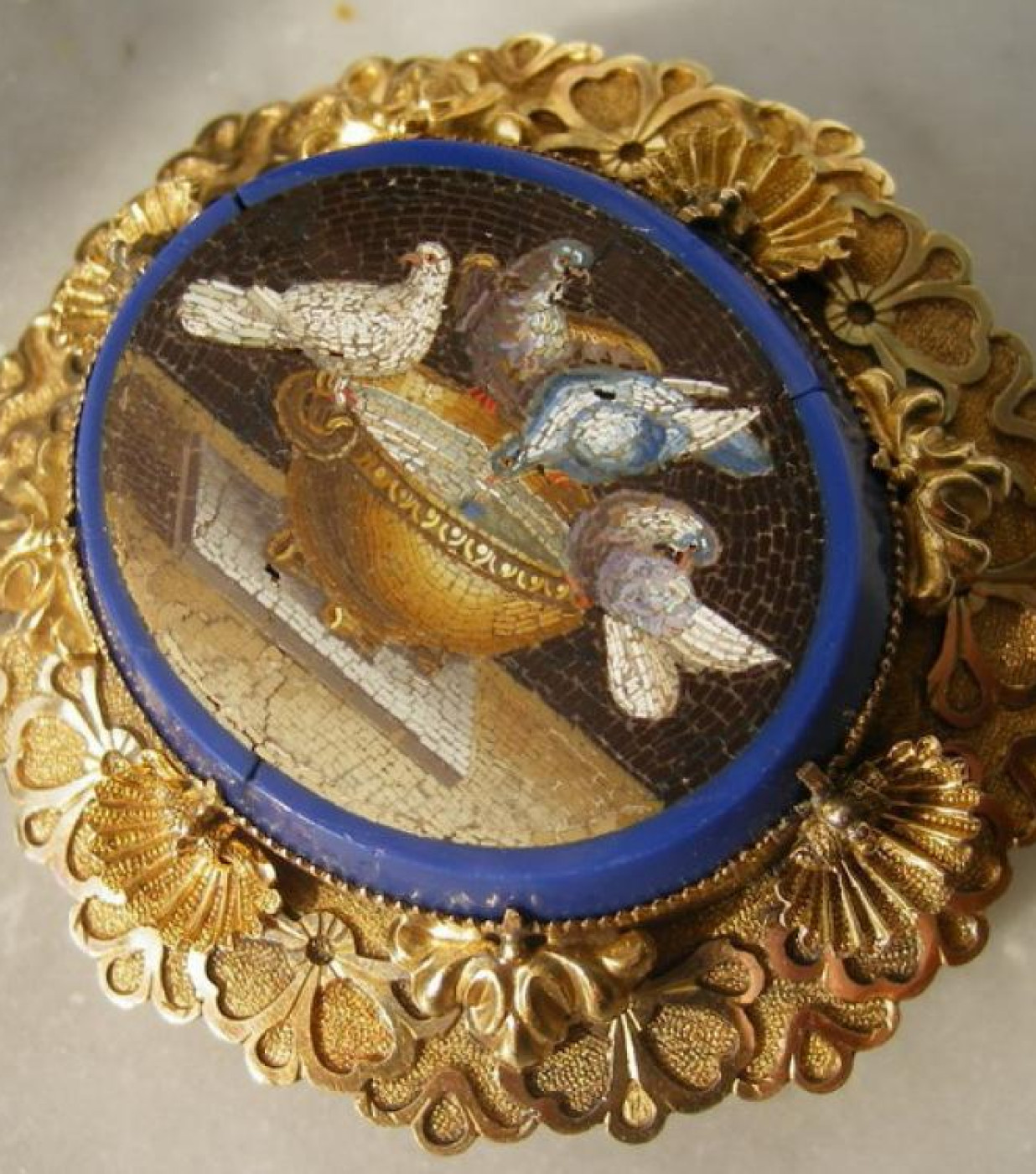 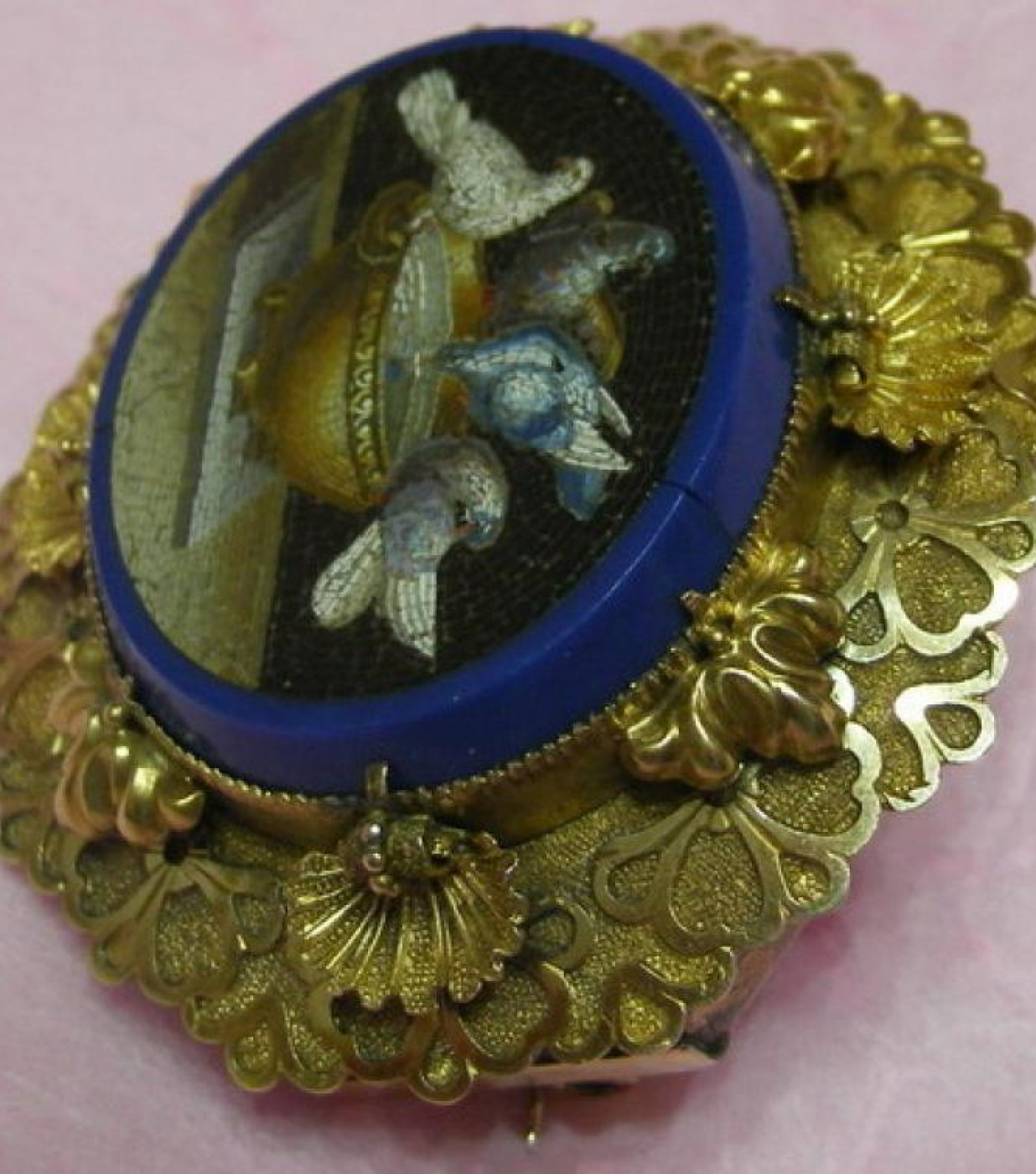 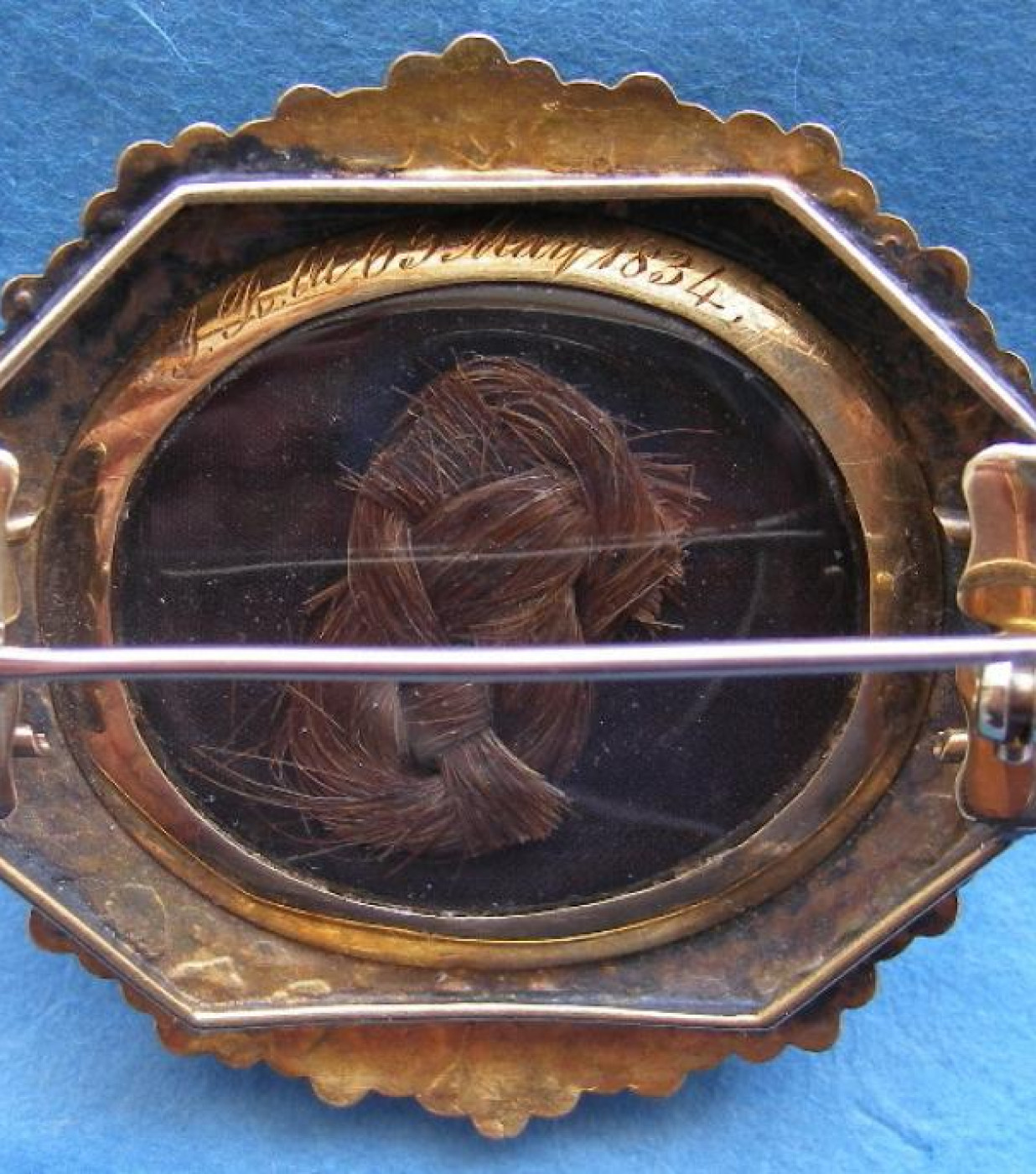 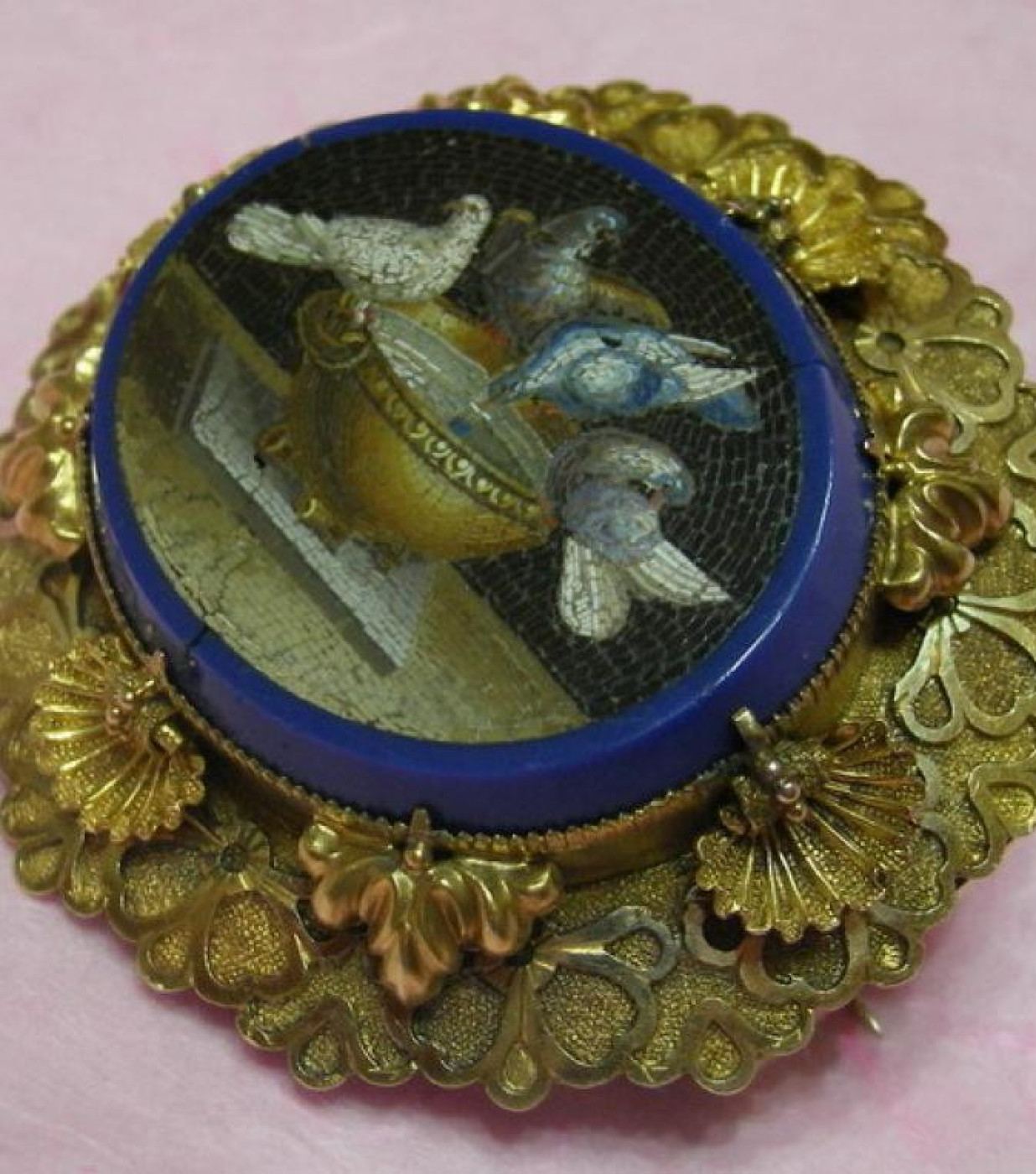 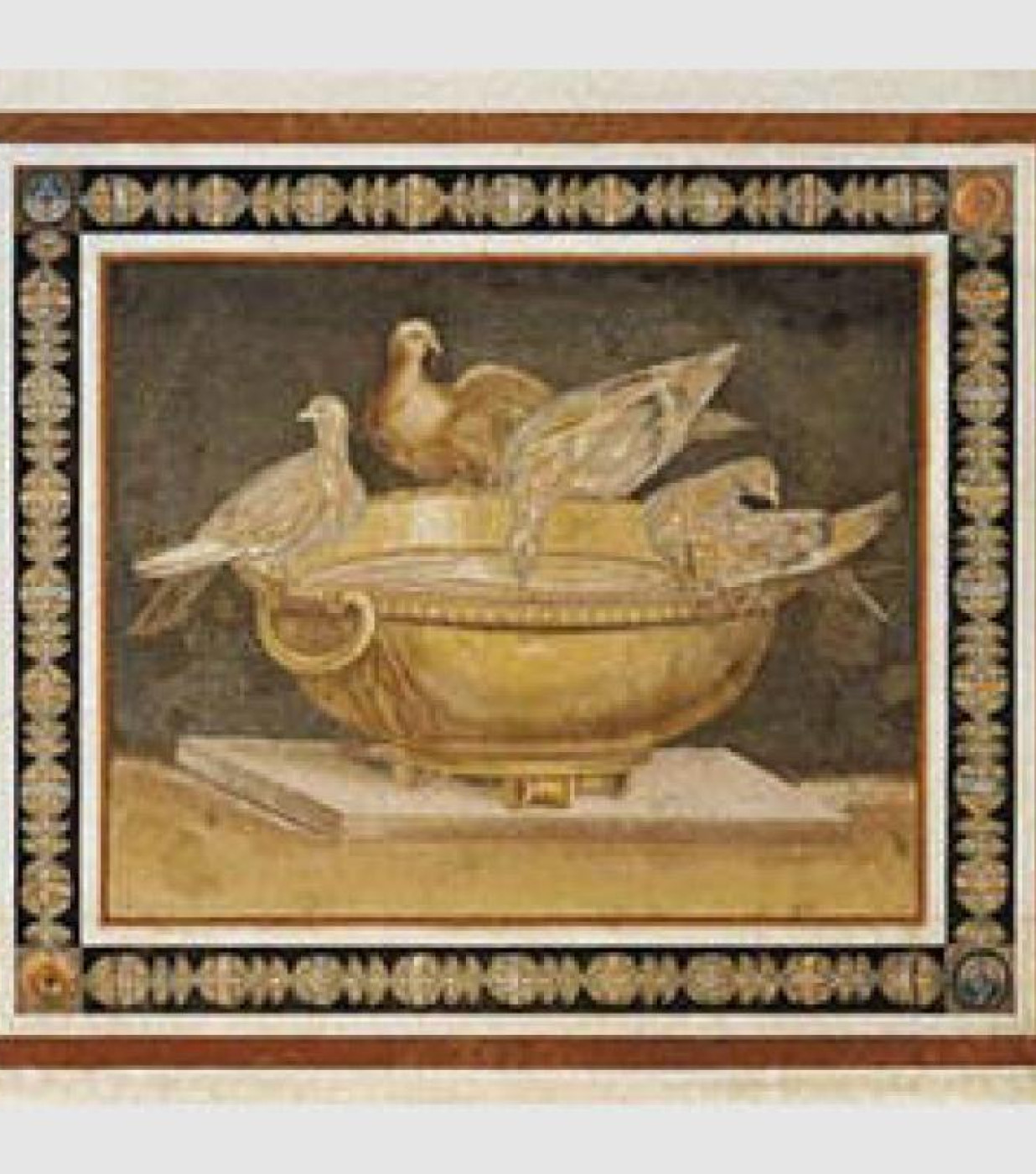 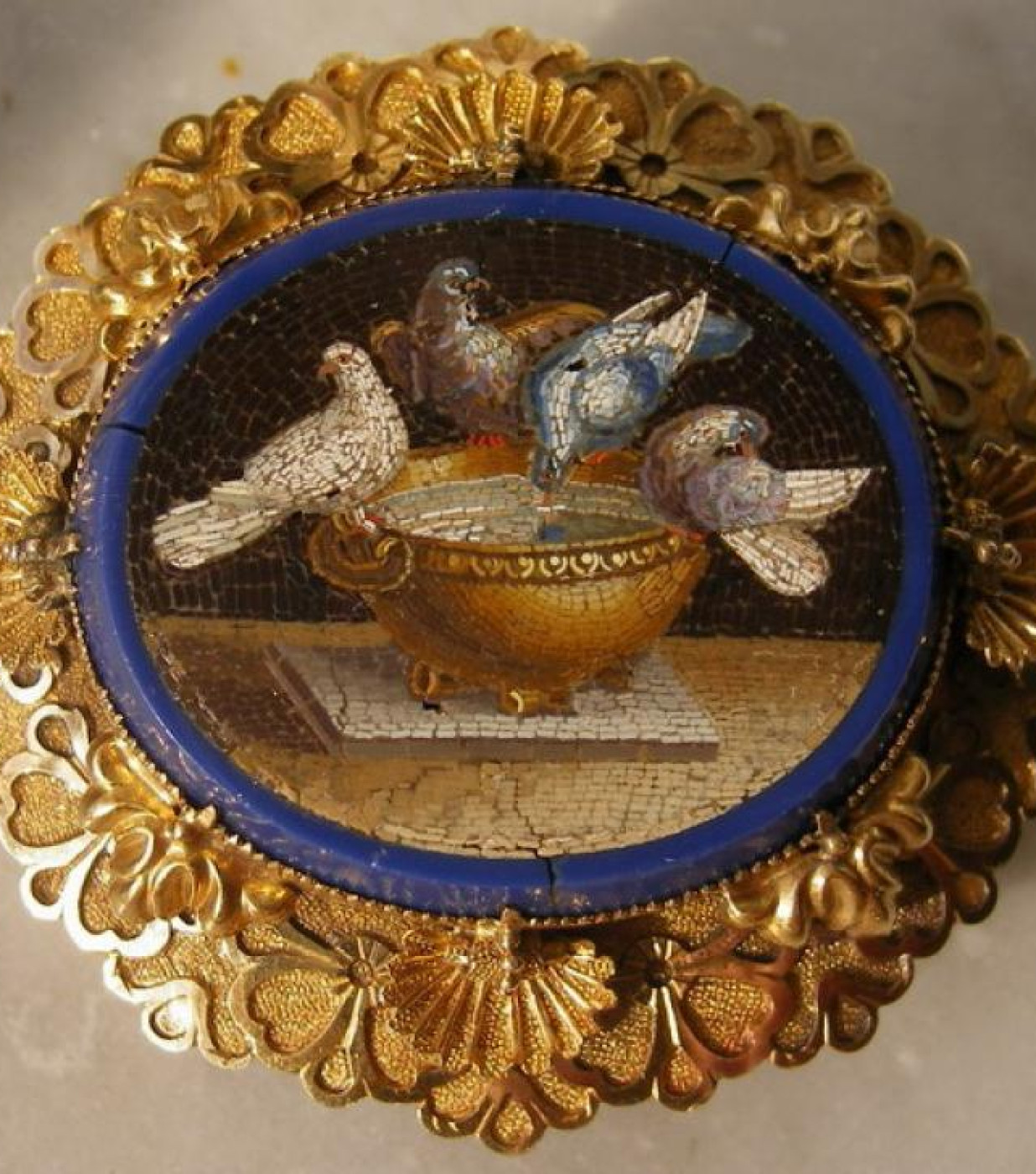 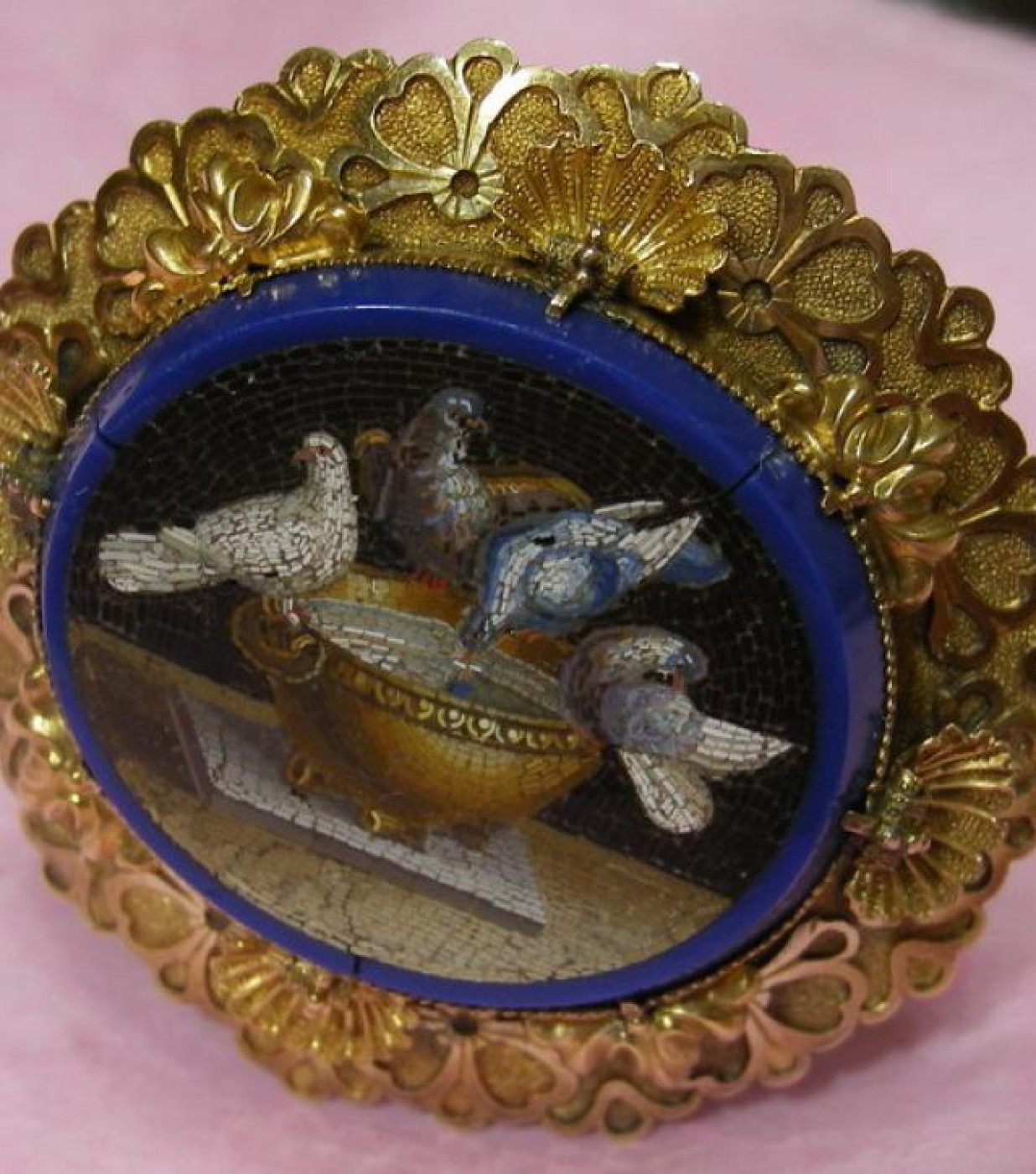 This is a stunning micro mosaic  depicting The Doves of Pliny. The subject became popular  after a mosaic discovered in 1737 at Hadrian's Villa near Rome, dating back at 117/158 AC. (See pictures below). The beauty and the uniqueness of this micro mosaic is given by the refinement of the tesseraes' and by the smallest details that the artist was able to catch with his own work. Please  note the shades of the colors of the feathers and the shades and the paws of the doves, but more exceptional thing that particular point of red that surrounds the eyes of the doves making them alive. If to all of this we add the contrast of the intense blue agate of the base with the rich and fine frame you are certain to be in front of a real exceptional work of art that can be shown and even worn just because of its fine and natural elegance. There is a glazed compartment on the back containing plaited hair. Inscribed on the reverse J. R. ae 69 May 1834. The conditions are excellent, 3 lights cracks in the blue agate, a only a few tesserae missed. Nothing of noticeable by naked eye, remind that the pictures are enlarged to show even the smallest defect. This is a piece who is almost 180 year old, William IV period (William IV was king of the United Kingdom from 1830 to 1837)This is a copy of a Greek mosaic at Pergamus Palace  of which Pliny the Elder wrote in his Natural History, an encyclopedia of 37 books. Pliny writes:  Mirabilis ibi columba bibens et aquam umbra capitis infuscans; apricantur aliae scabentes sese in canthari labro.This is the latin text, in english it means: There is a dove also, greatly admired, in the act of drinking, and throwing the shadow of its head upon the water; while other birds are to be seen sunning and pluming themselves, on the margin of a drinking-bowl. Rare micro mosaic very desirable collectors' piece.