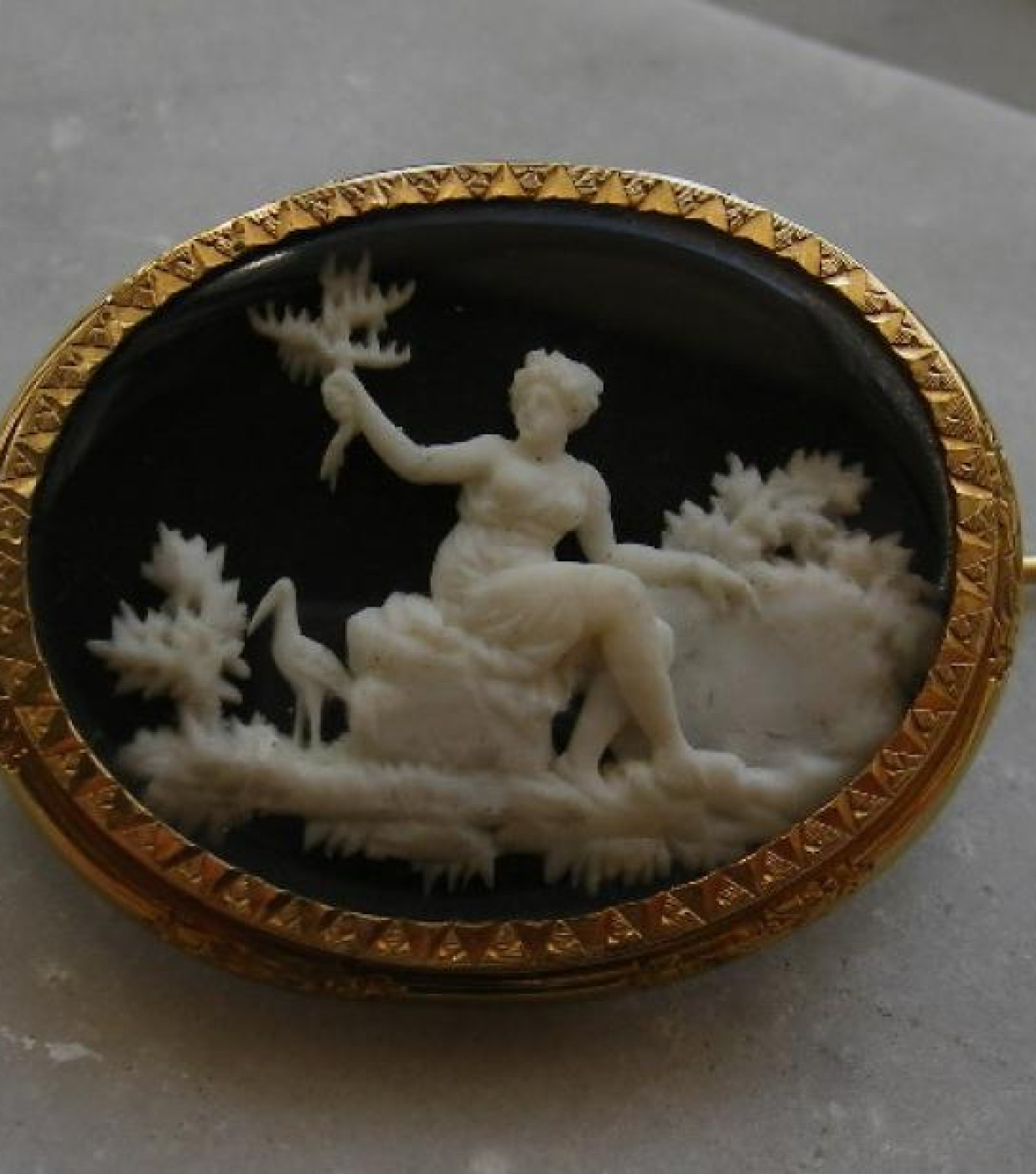 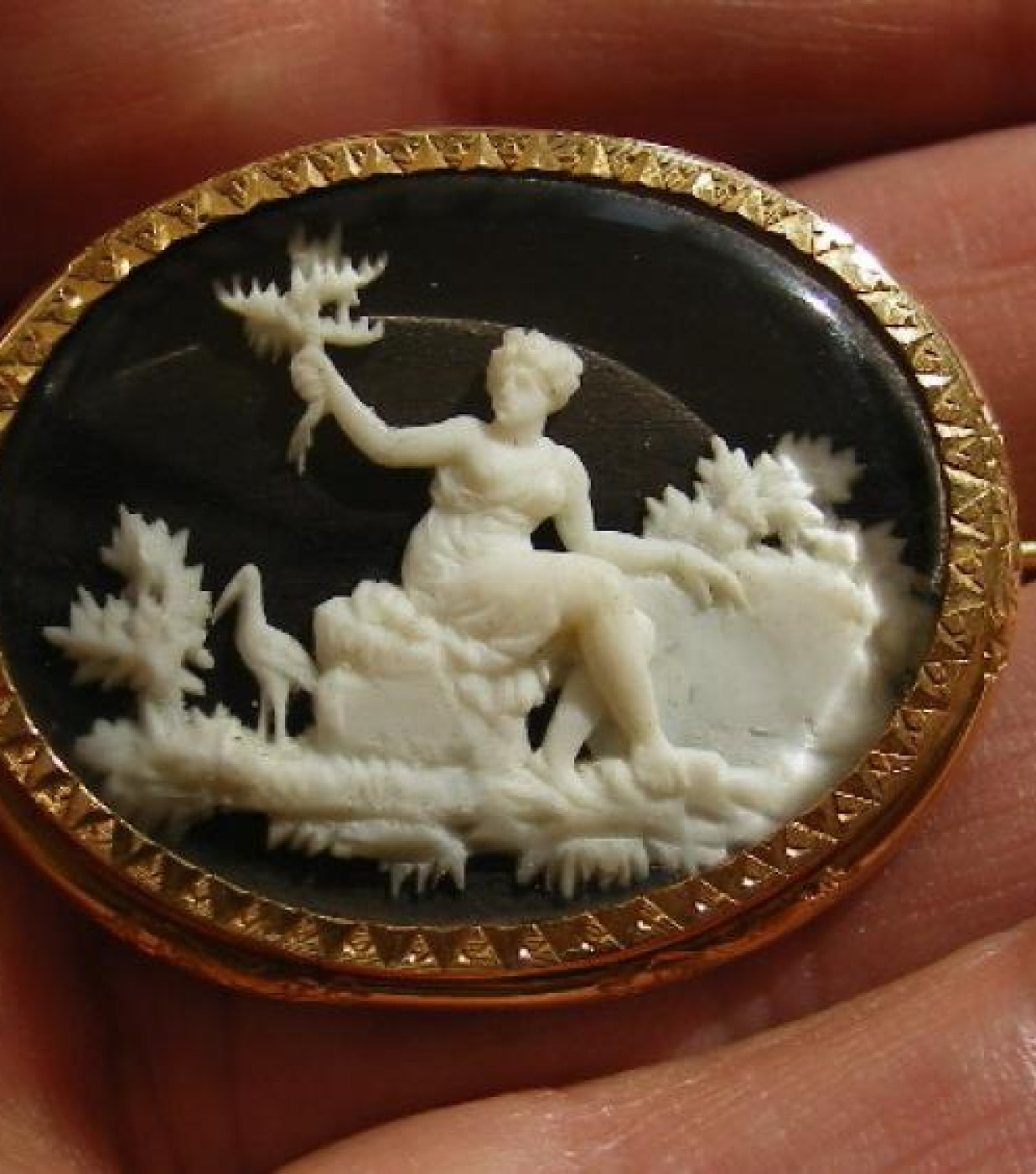 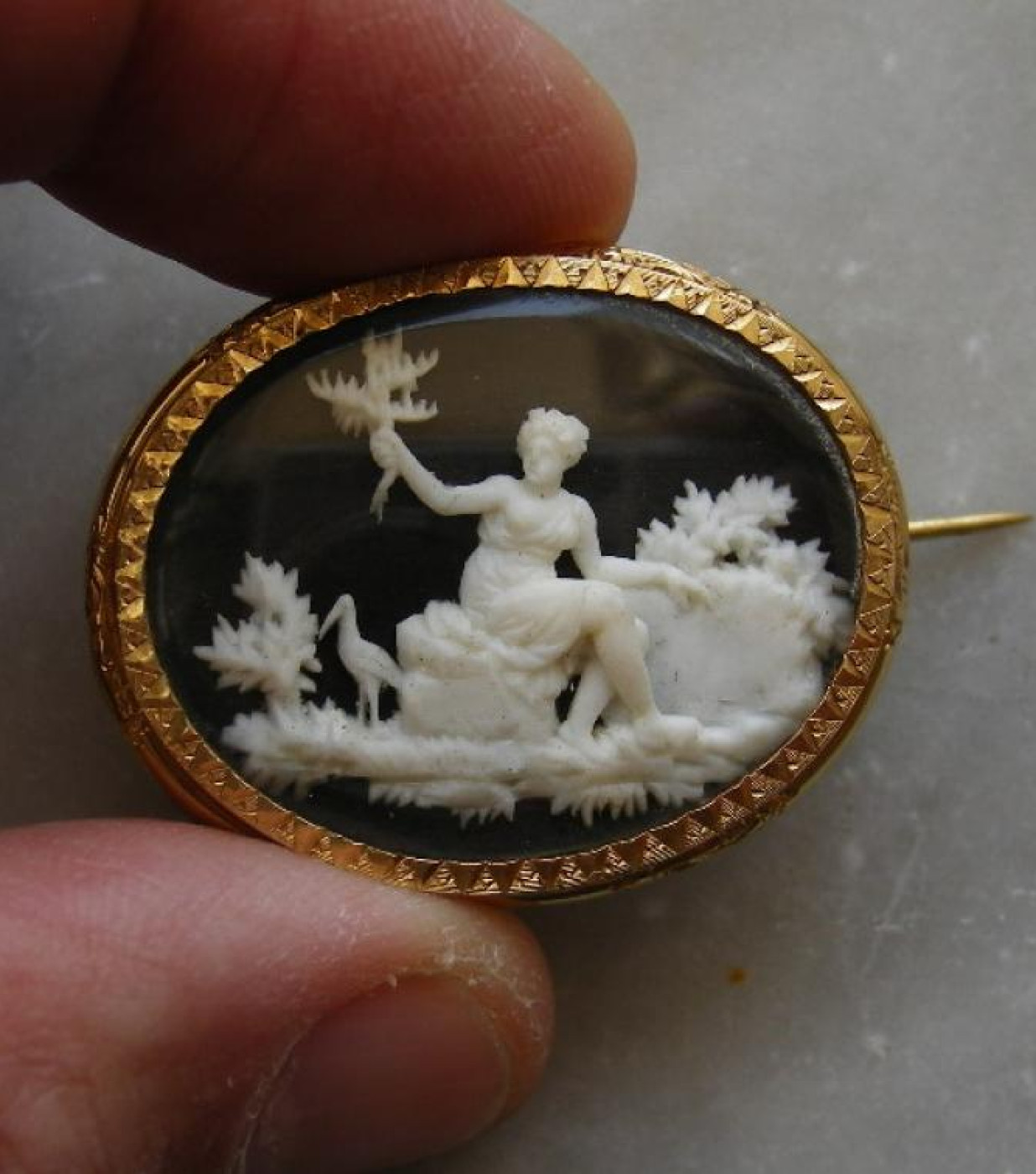 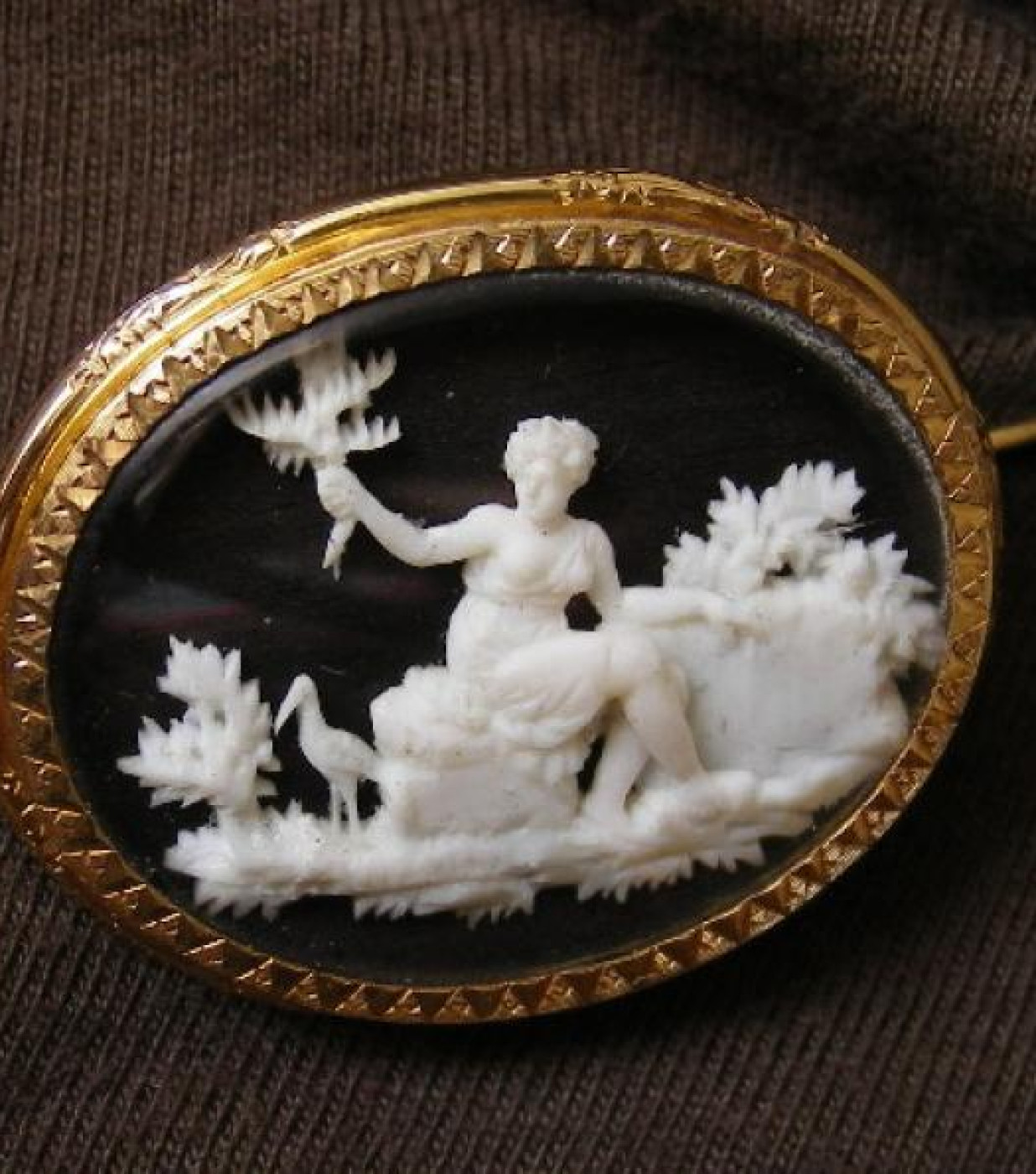 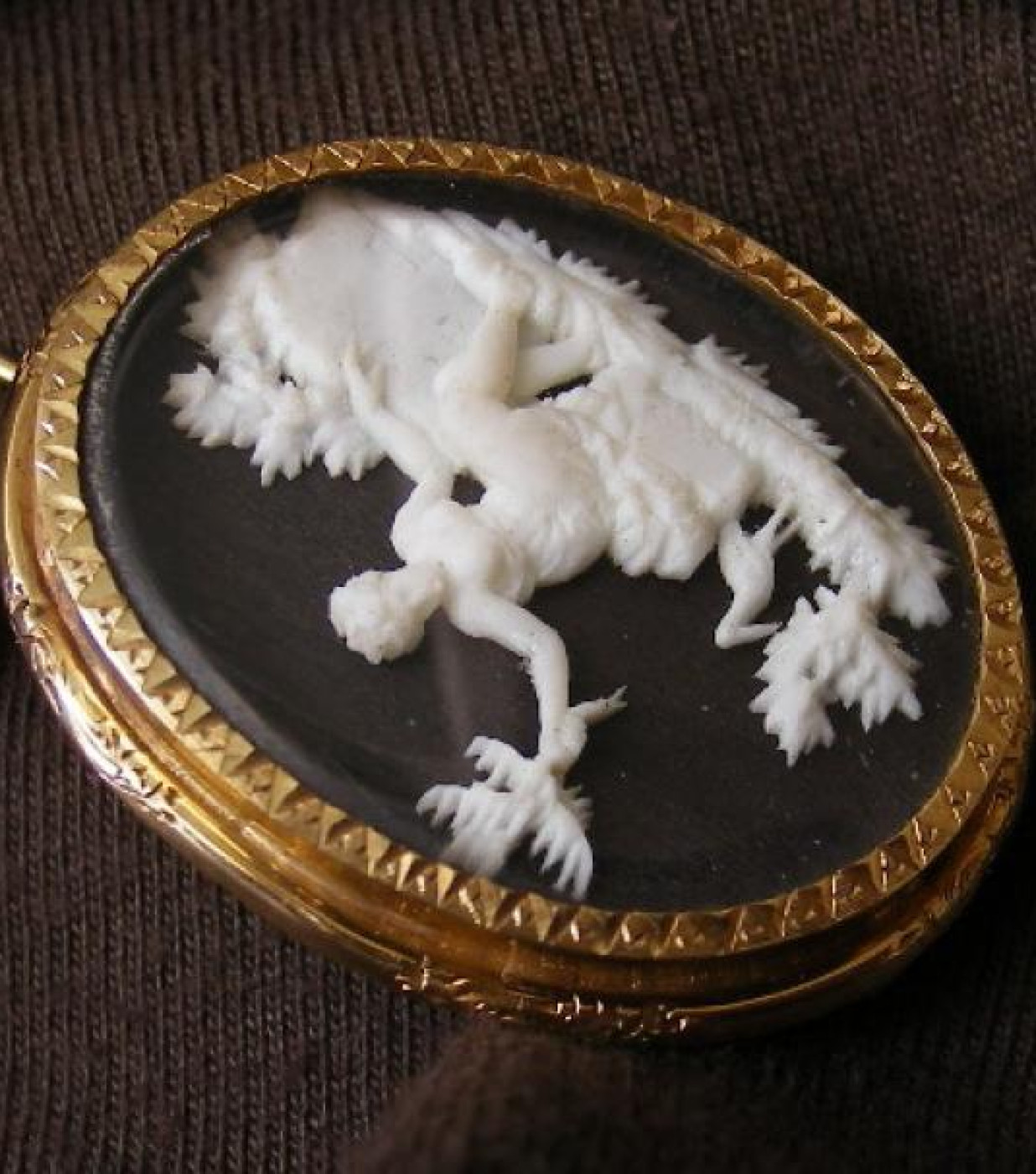 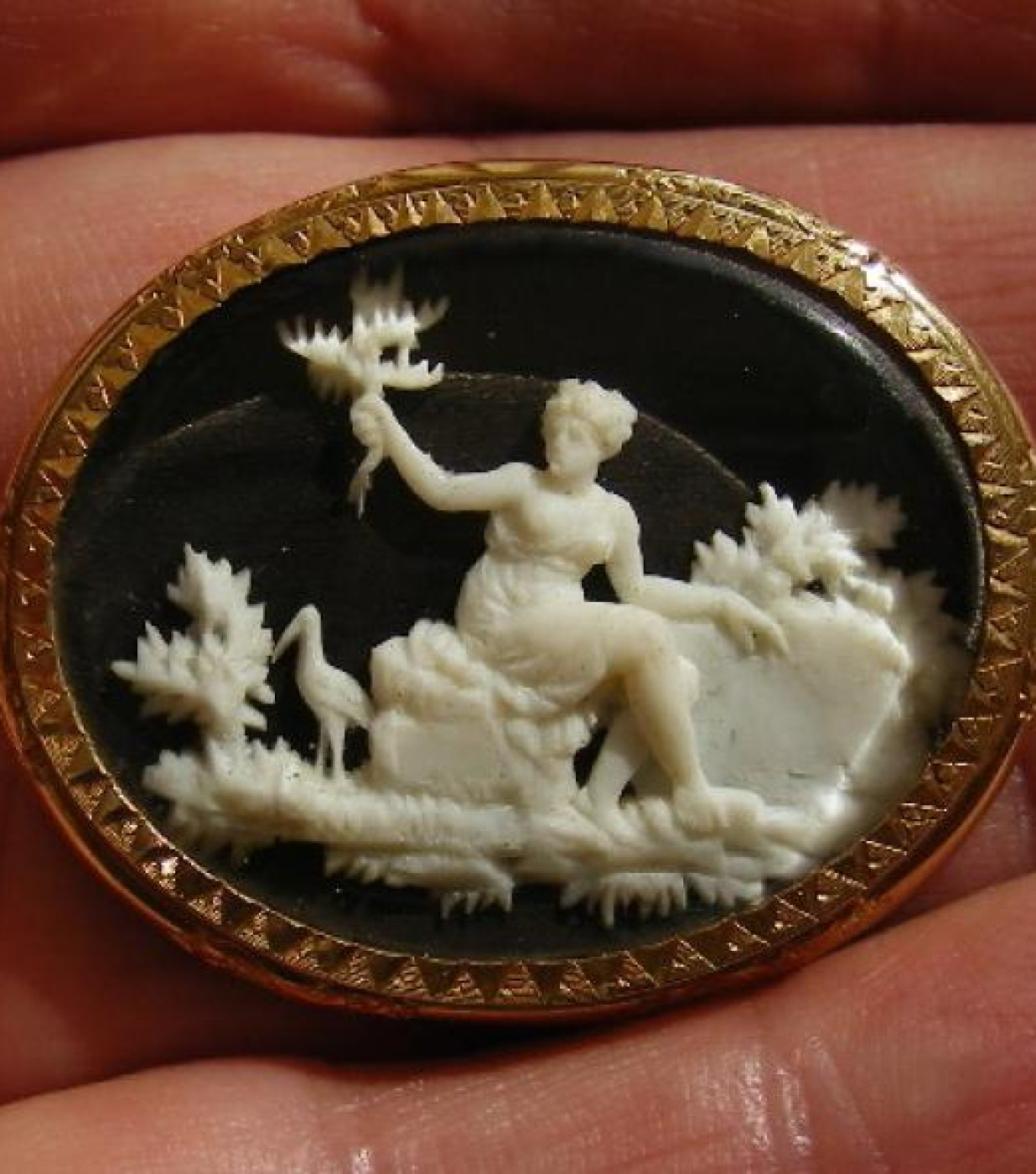 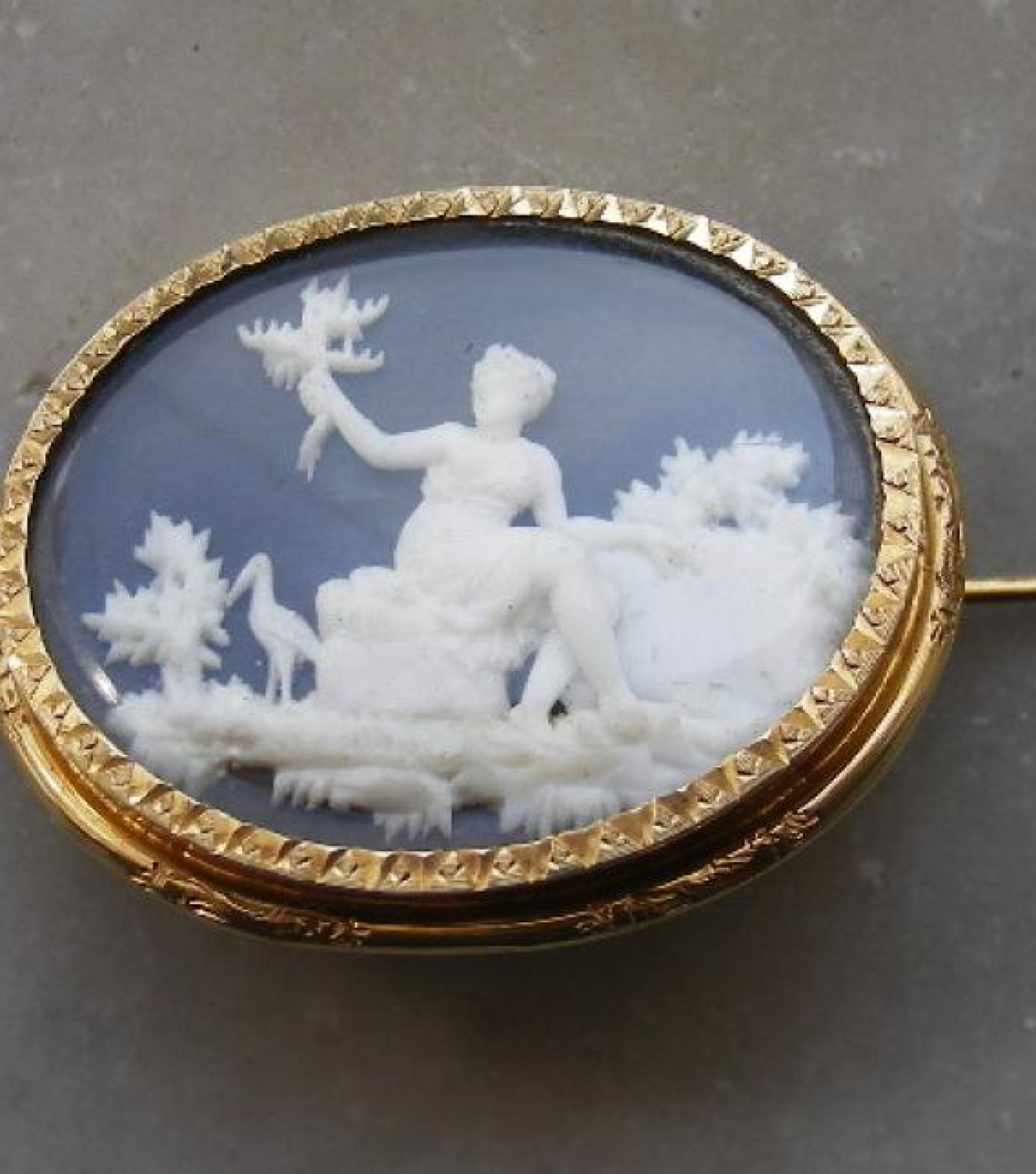 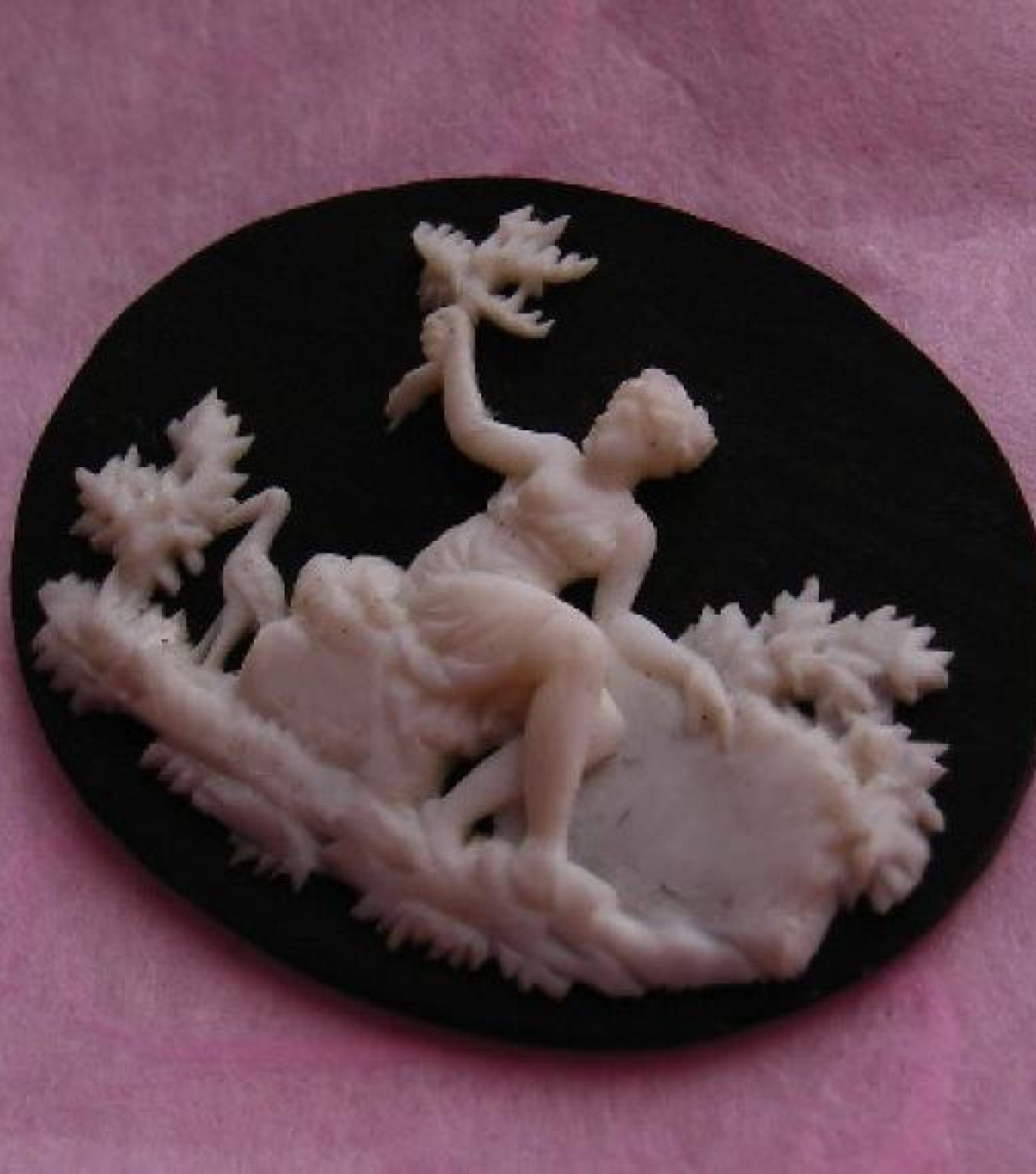 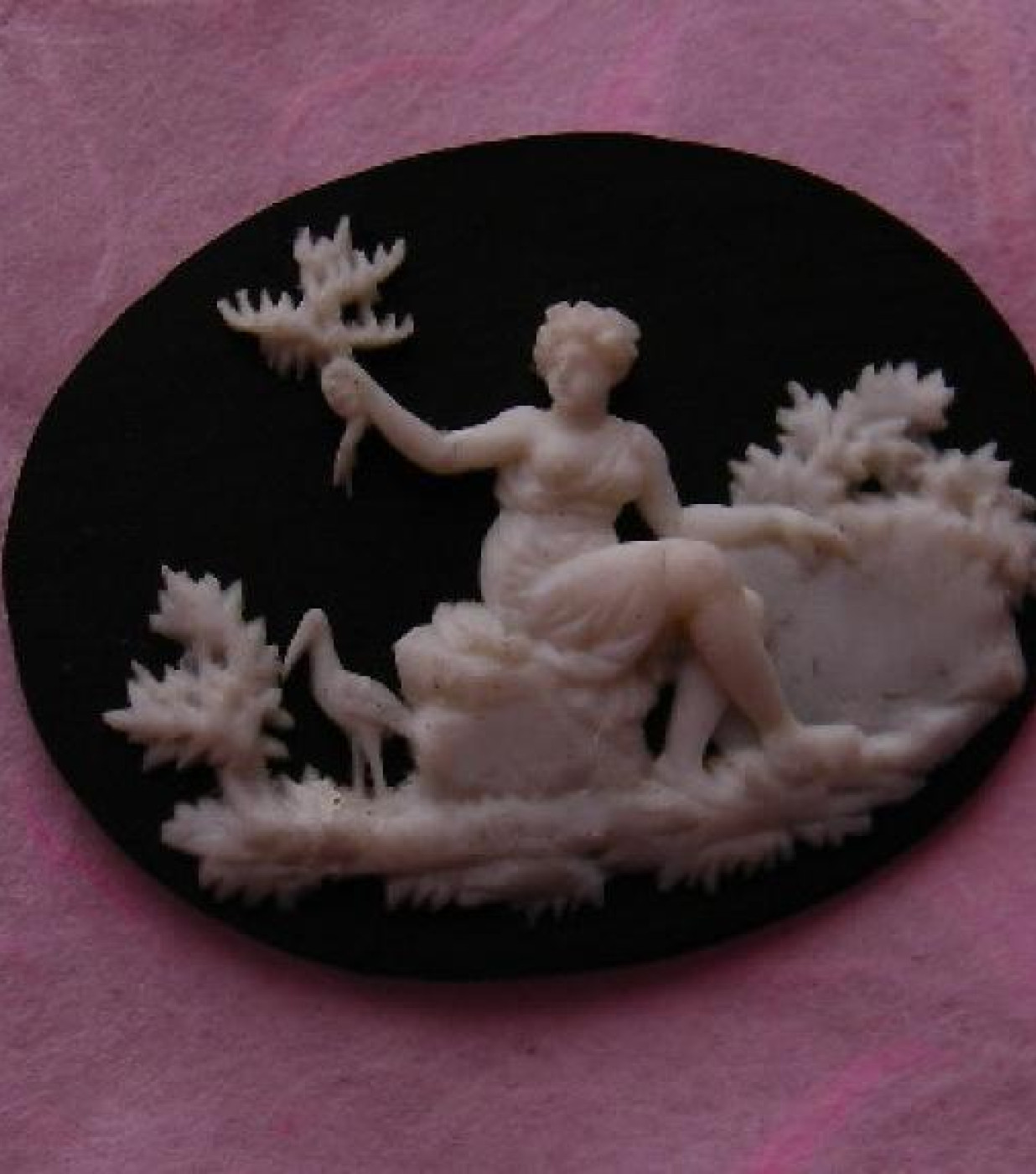 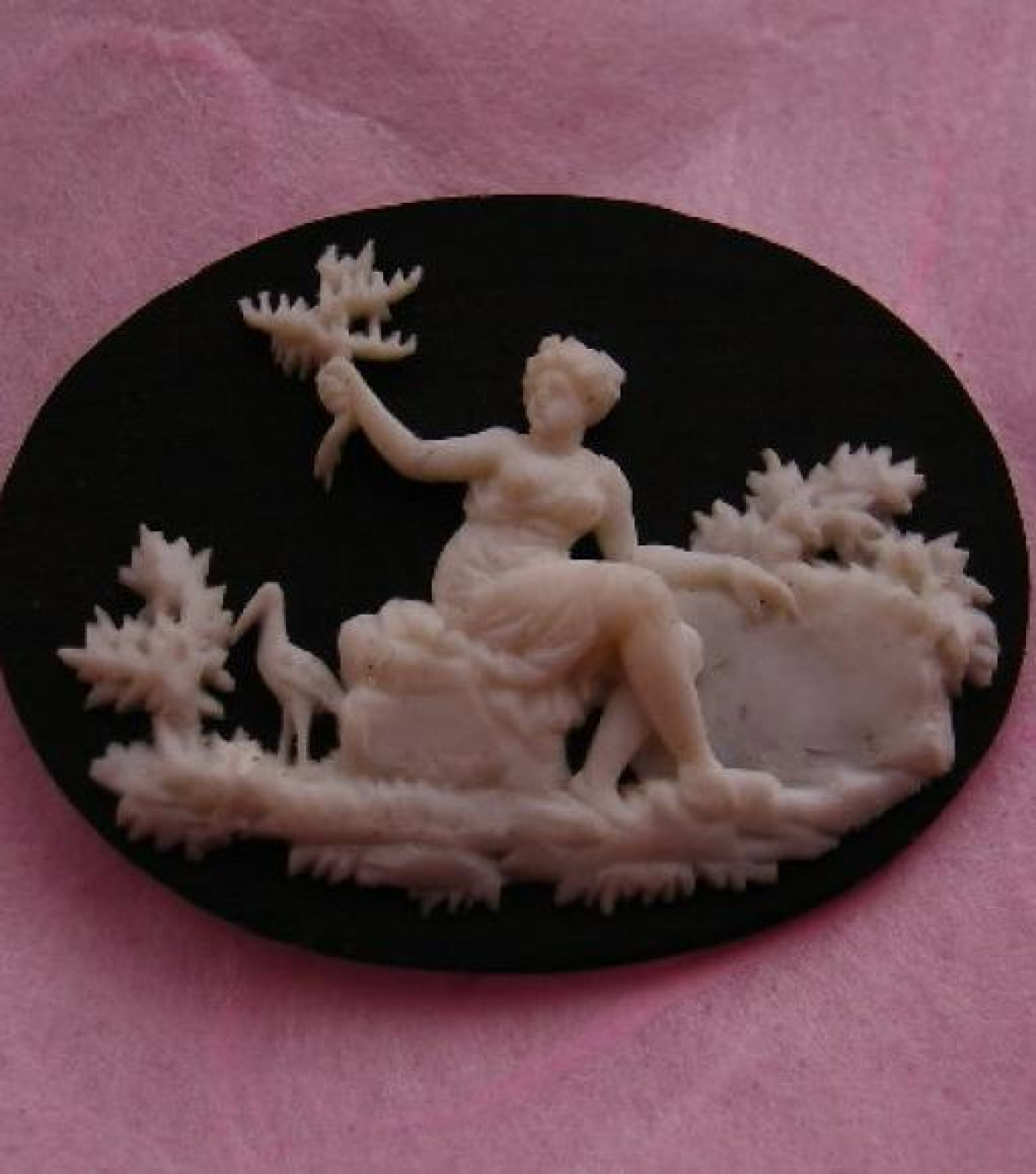 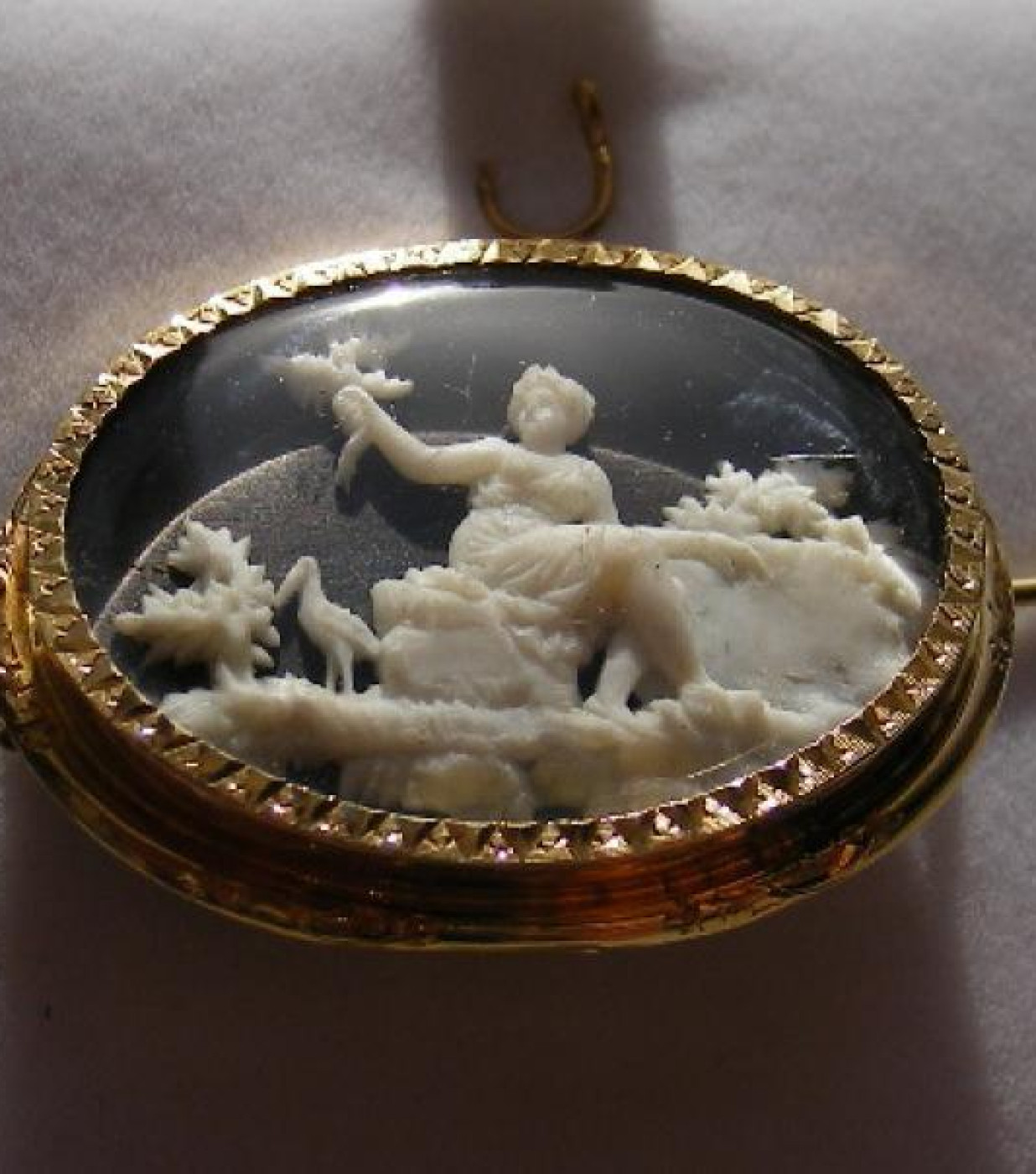 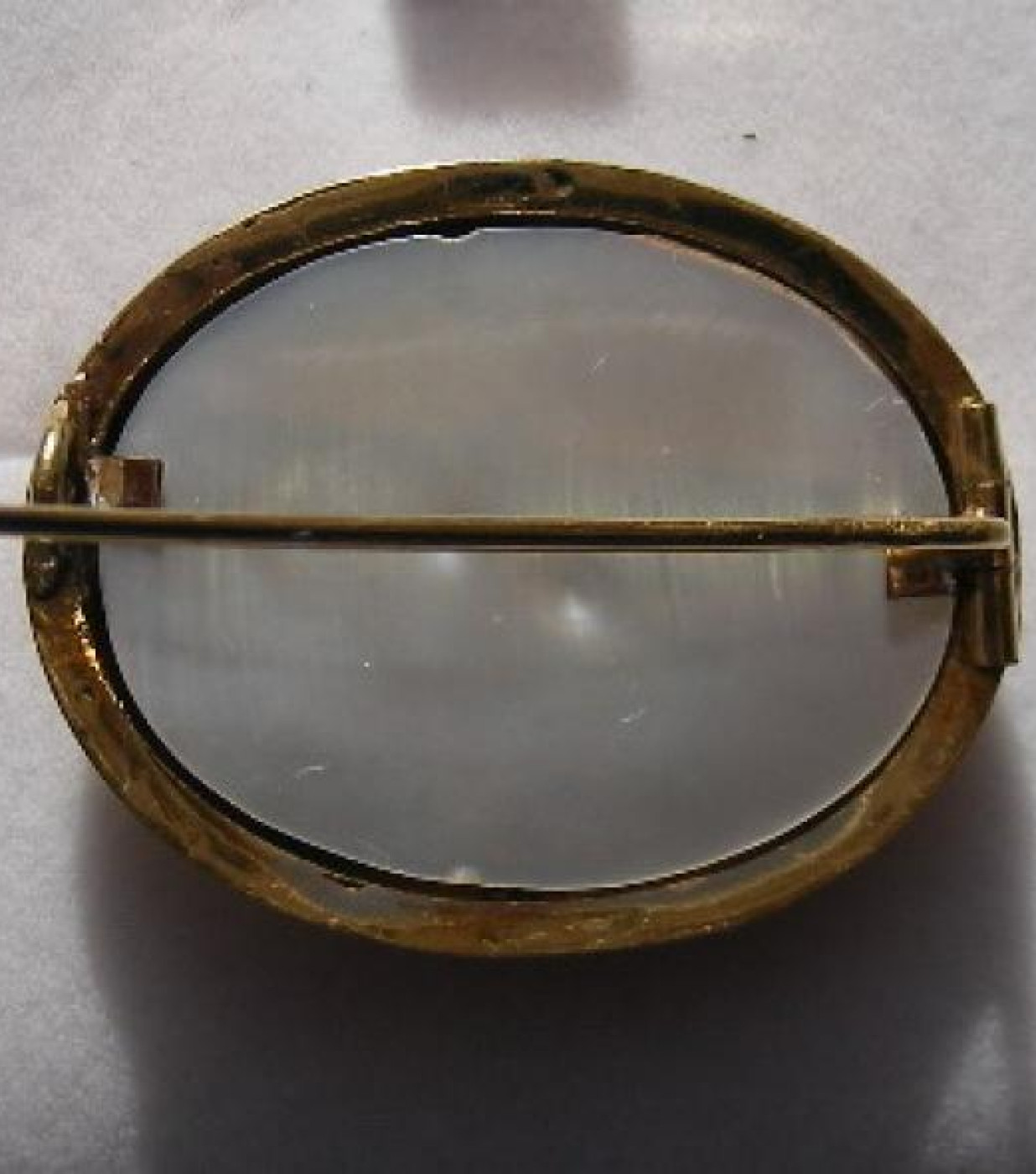 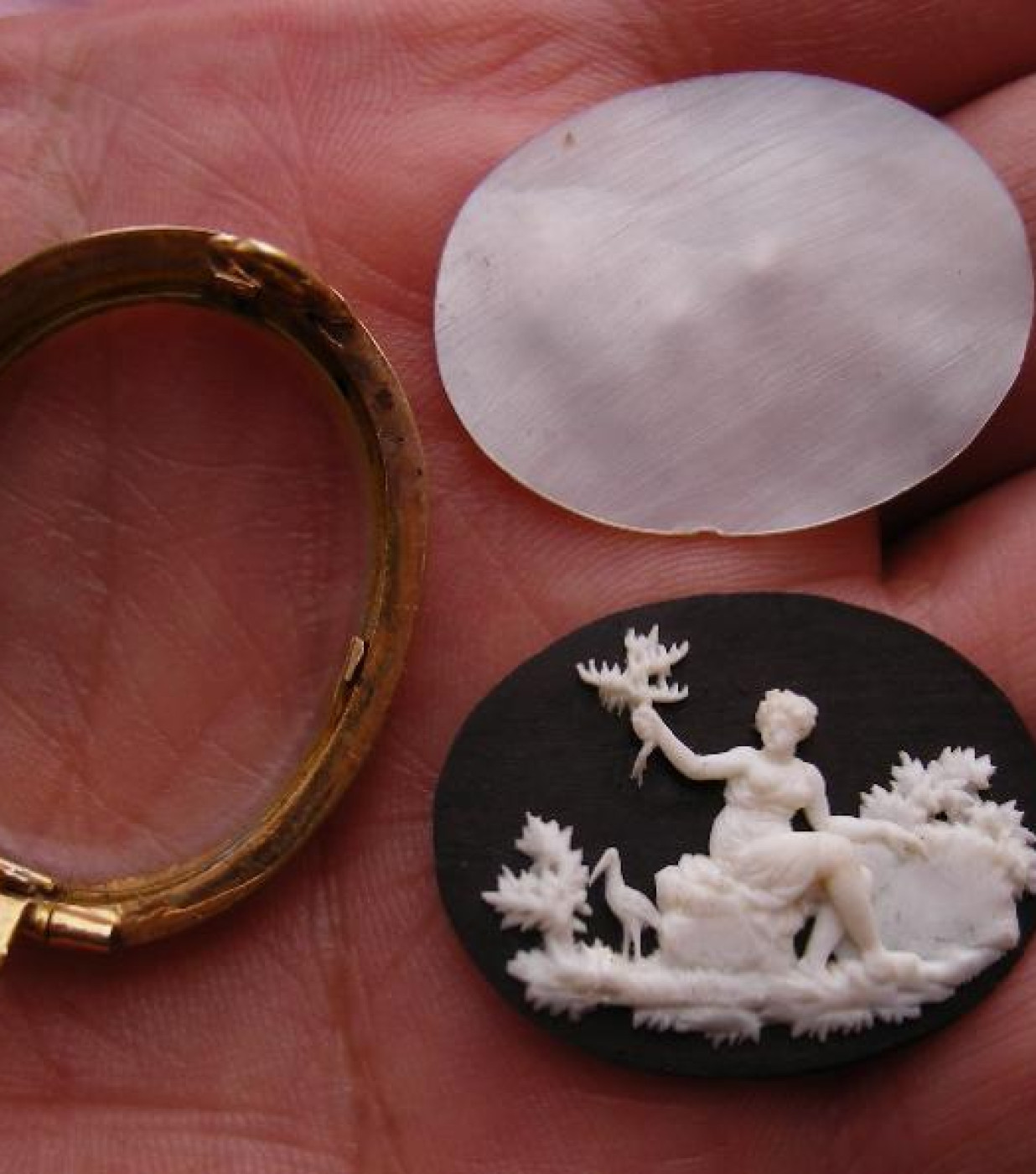 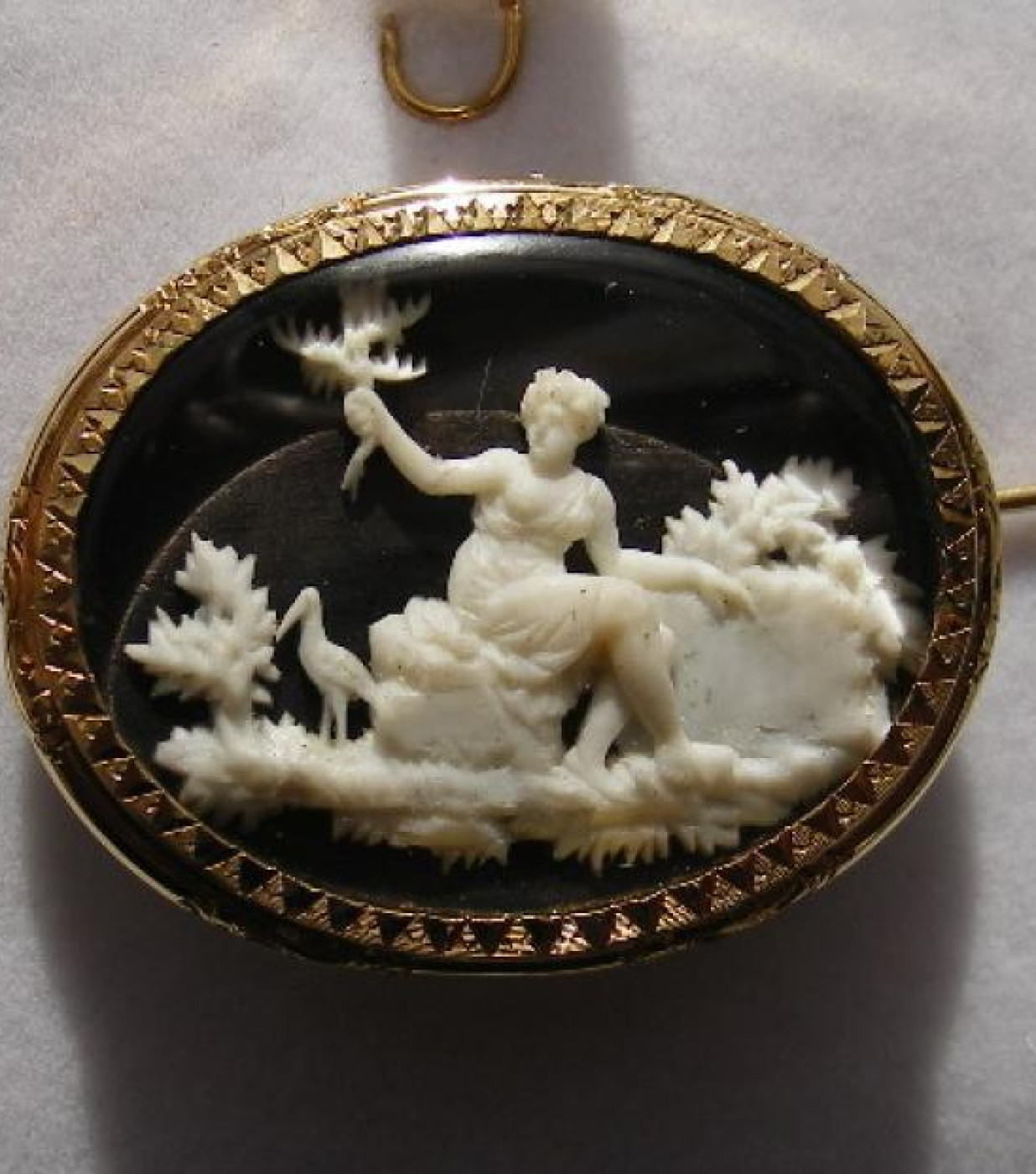 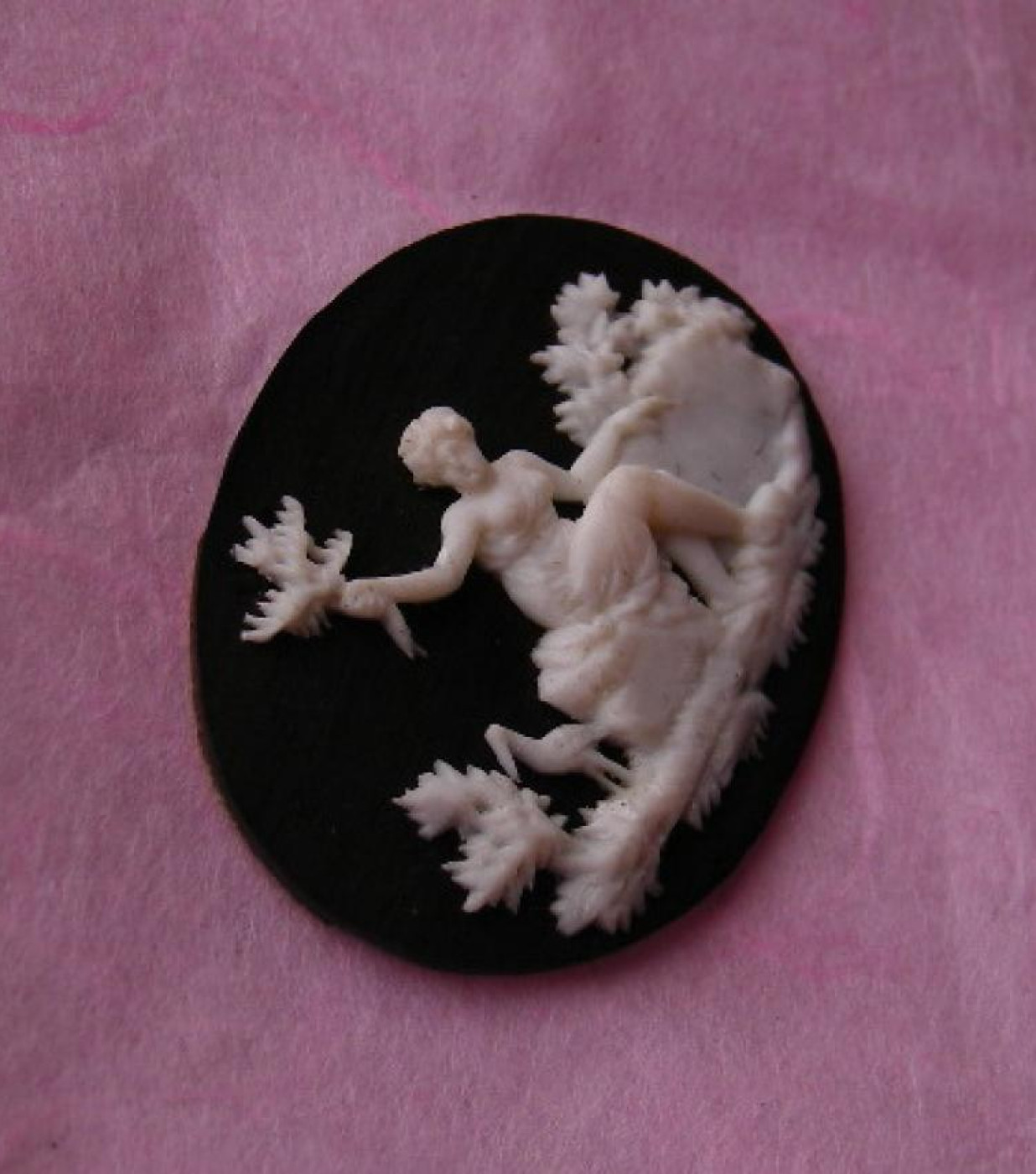 More than Museum Quality rarest micro ivory  cameo depicting the Goddess Diana. This subject really jumps out from the mother of pearl base. Everything is perfectly carved and so realistic. Please remind that this is a miniature cameo, and the details even so tiny are perfectly rendered. She's holding a plant, forest plants were ones of her attributes, and she's depicted in a forest. She was the goddess of forests, hills and everything concerns the wild nature.  This is a real work of art, a very rare piece from the Georgian era. The micro ivory scene is glued on a ebony wood plaque, then it is backed with a mother of pearl plaque.  The frame is finely worked and engraved. This is a piece that can be easily worn even if delicate. The pictures really don't give any justice to this stunning piece, it is a very hard subject to  take pictures of being the details so minuscule, but I can assure you all that this is a piece that can take your breath away. This is another masterly carved cameo. A very desirable collectors piece, rare and museum quality cameo.
A bit of History:
In Roman mythology, Diana was the goddess of the hunt, being associated with wild animals and woodland, and also of the moon In literature she was the equivalent of the Greek goddess Artemis, the Hellenic goddess of forests, hills, virginity/fertility, and the hunt and was often depicted as a huntress carrying a bow and arrows. Diana was worshipped in ancient Roman religion Along with her main attributes, Diana was an emblem of chastity Oak groves were especially sacred to her. According to mythology, Diana was born with her twin brother Apollo on the island of Delos, daughter of Jupiter and Latona. Diana made up a trinity with two other Roman deities: Egeria the water nymph, her servant and assistant midwife; and Virbius, the woodland god.