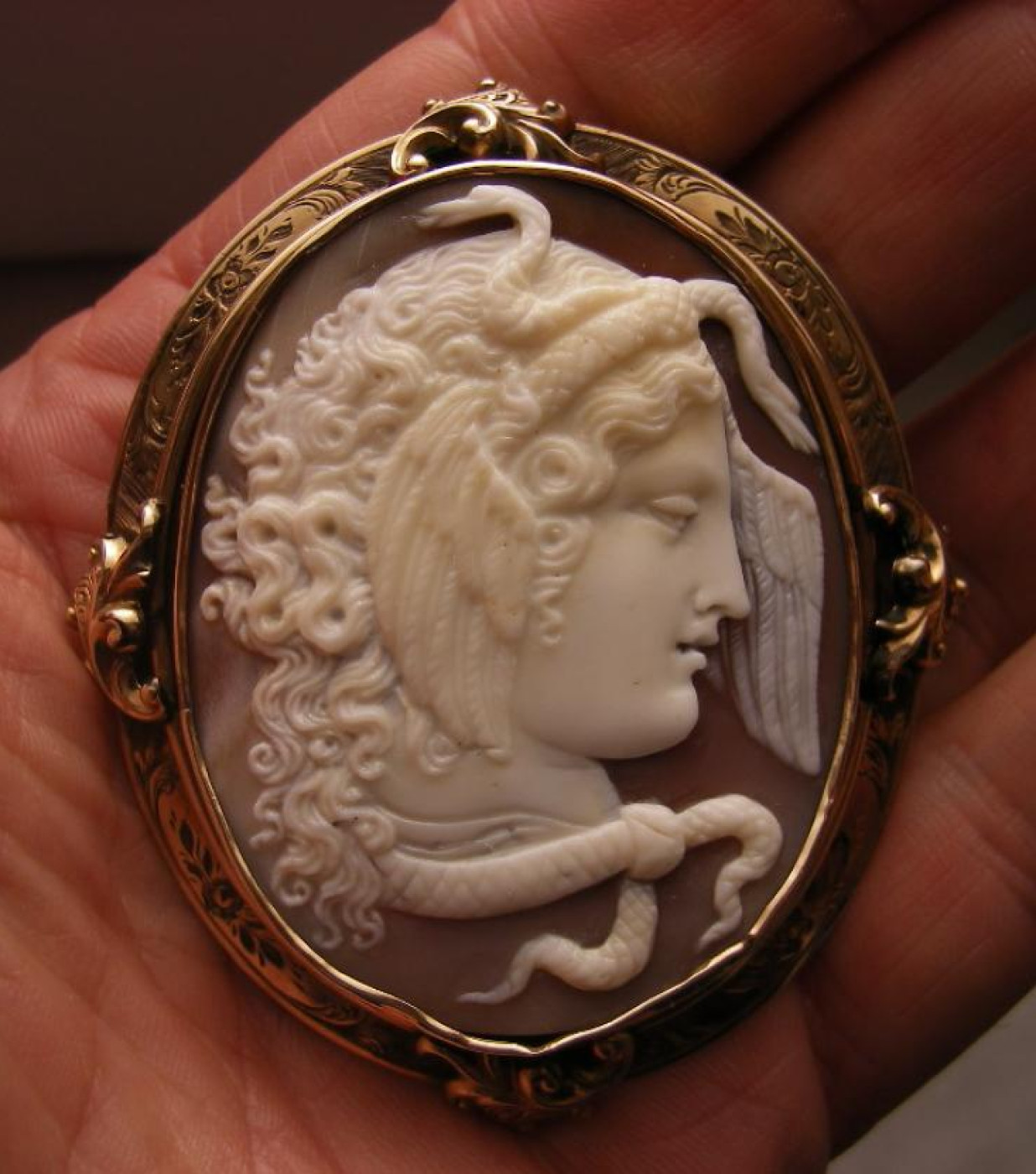 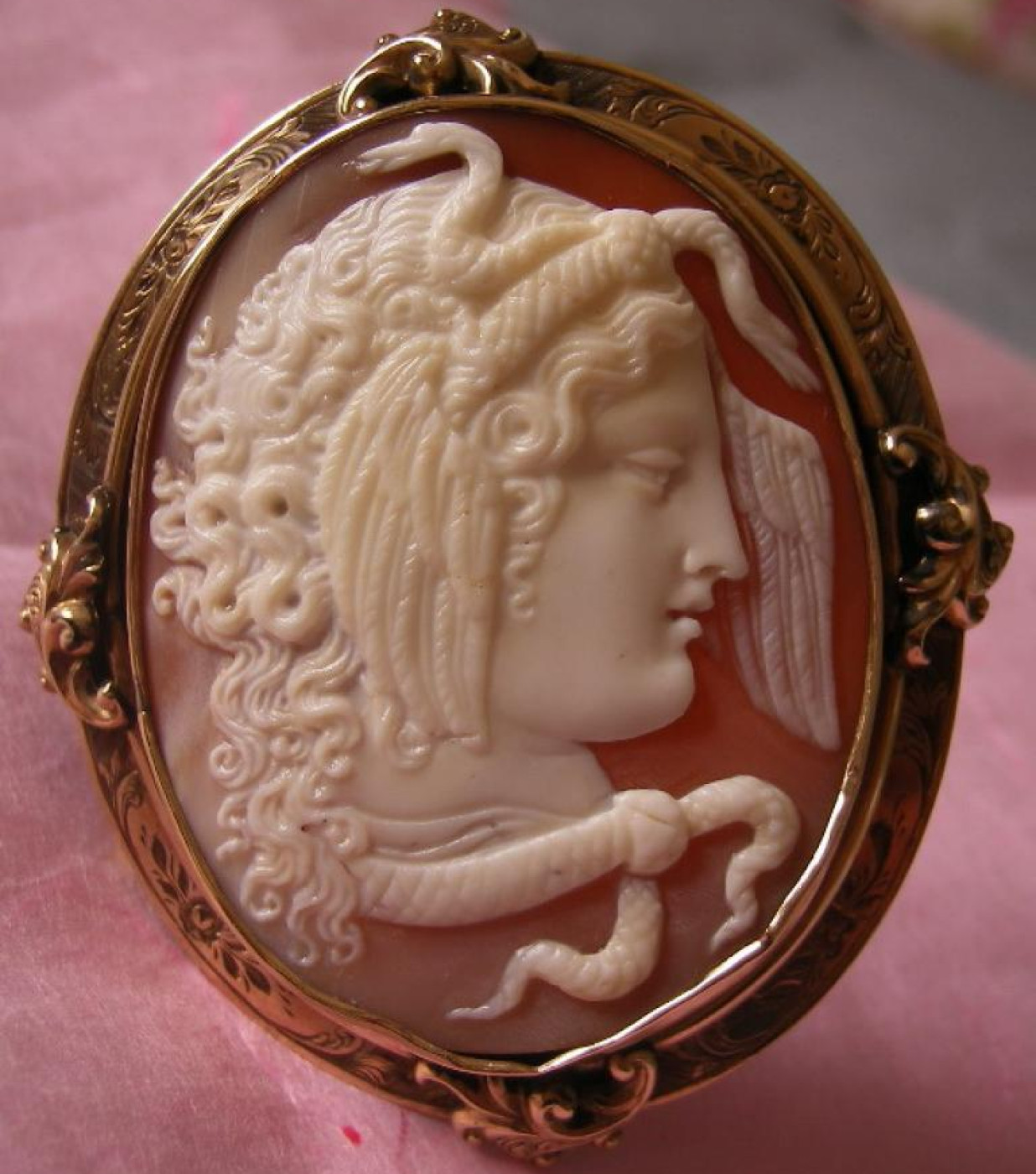 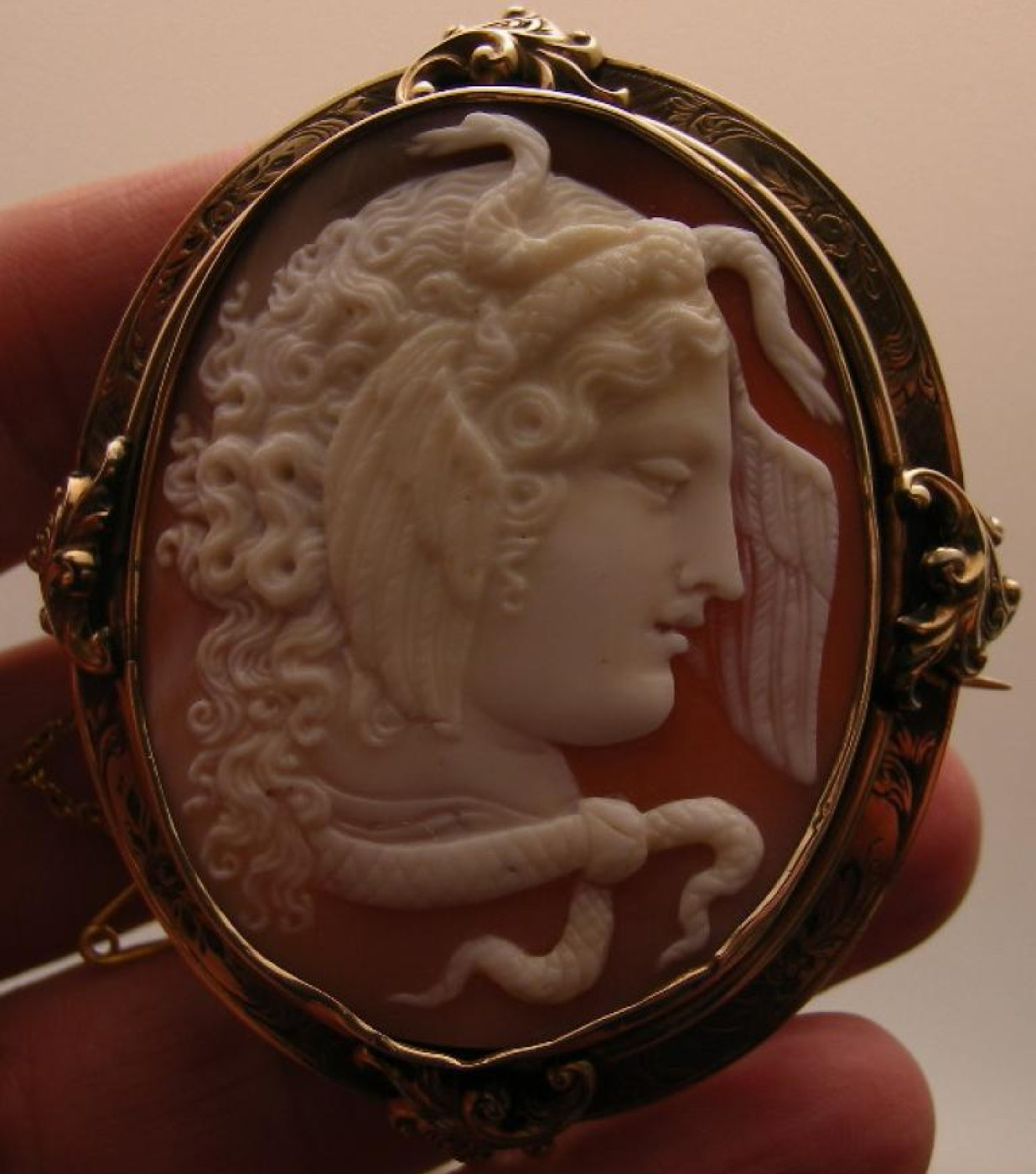 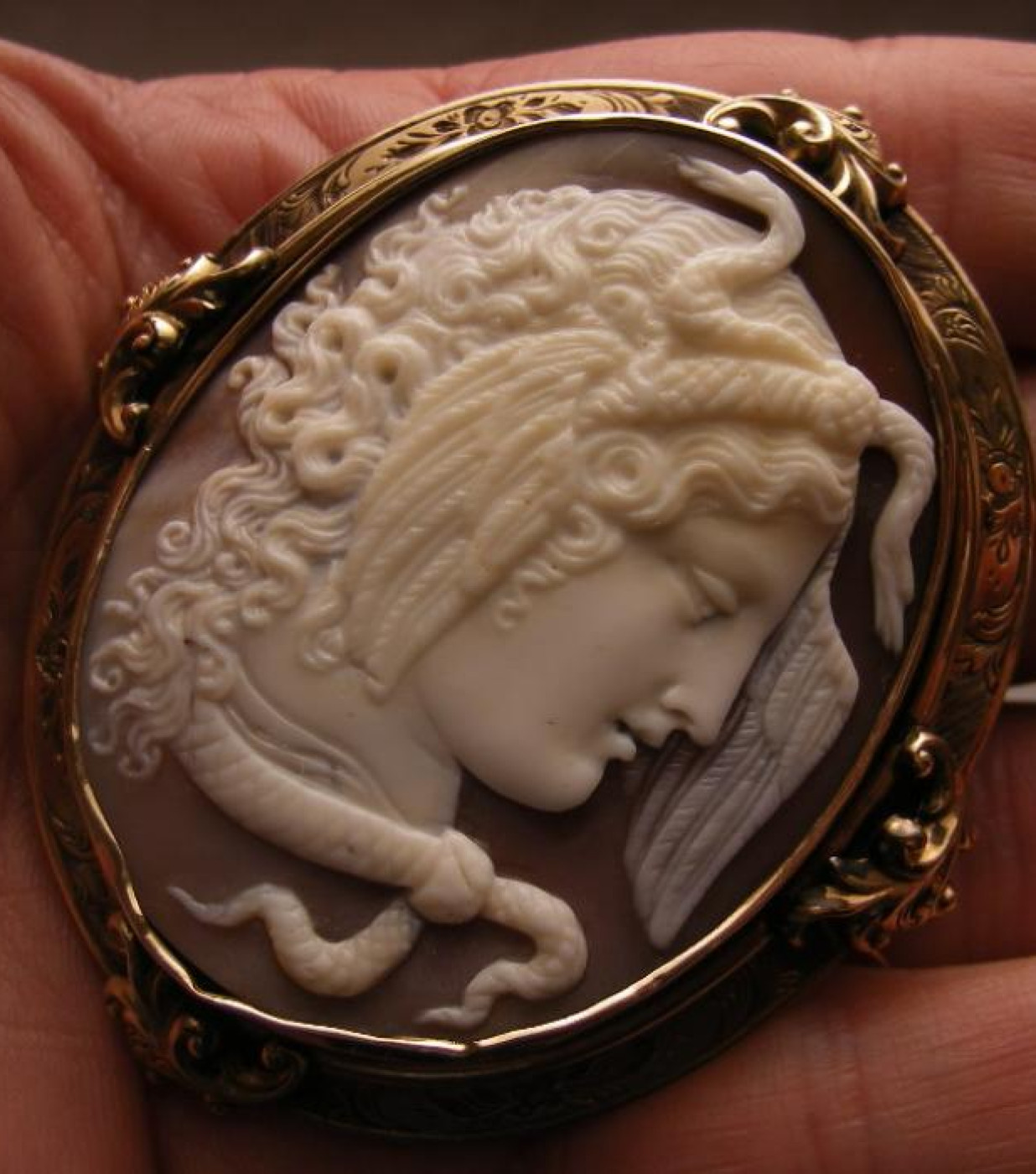 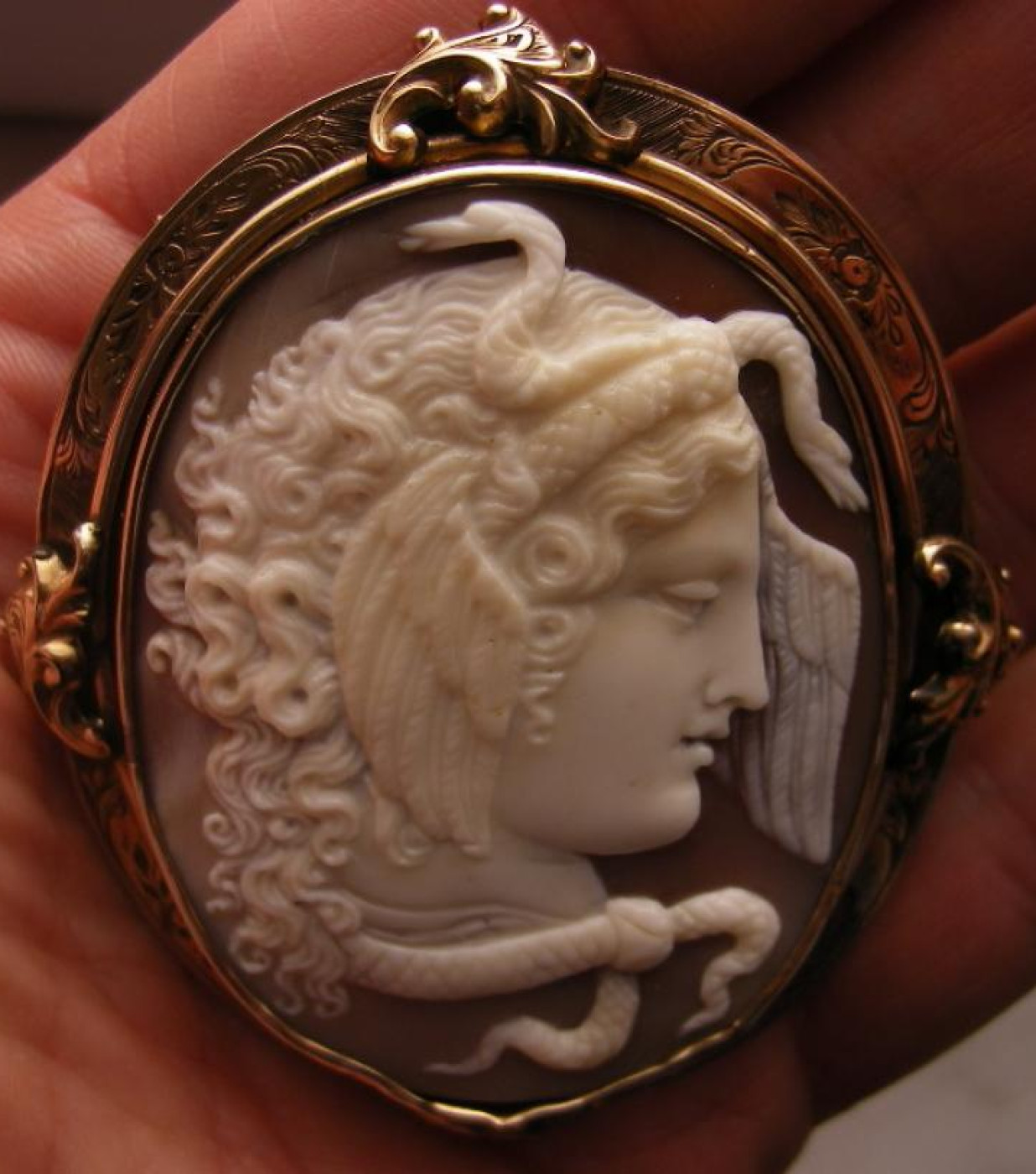 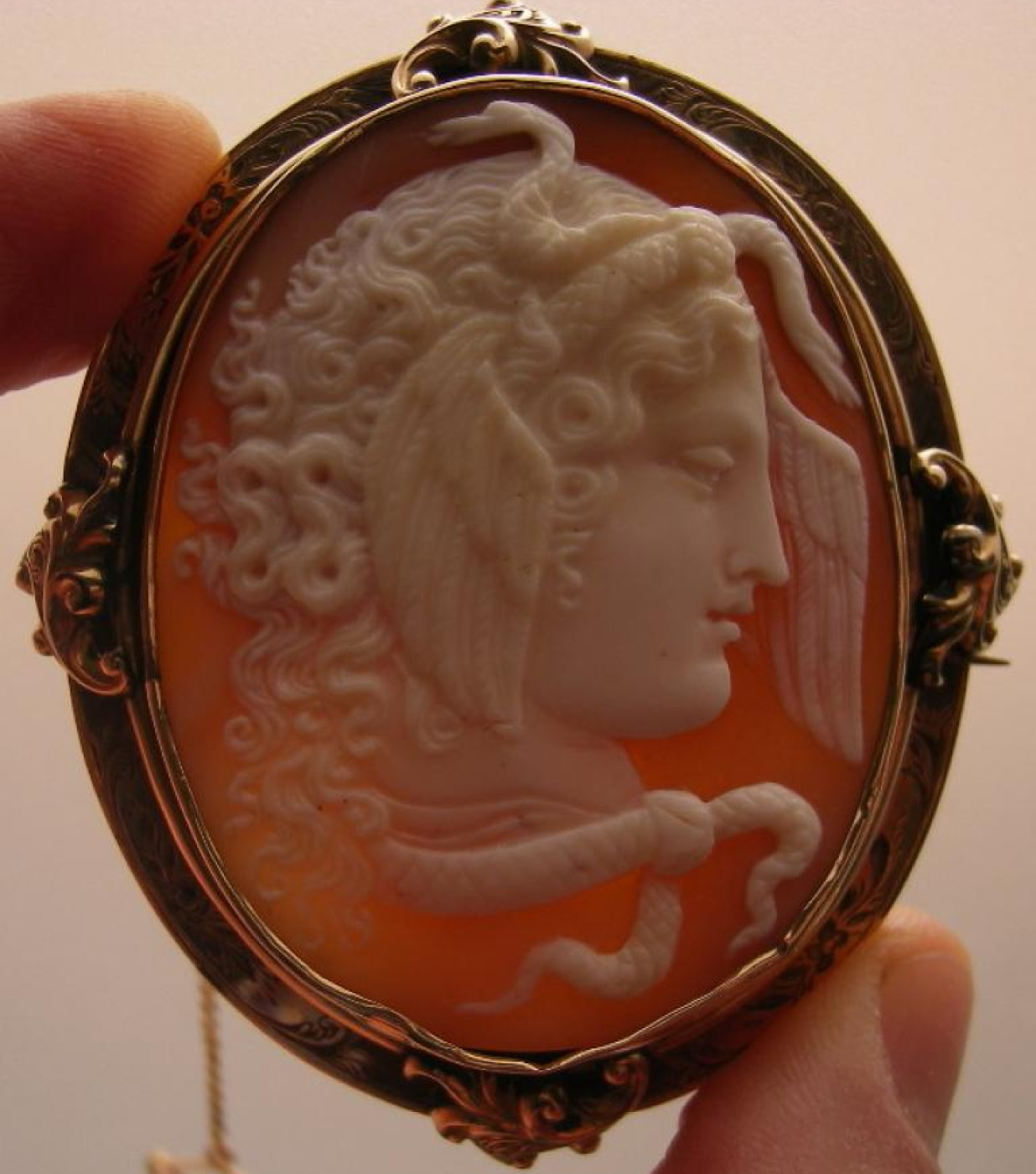 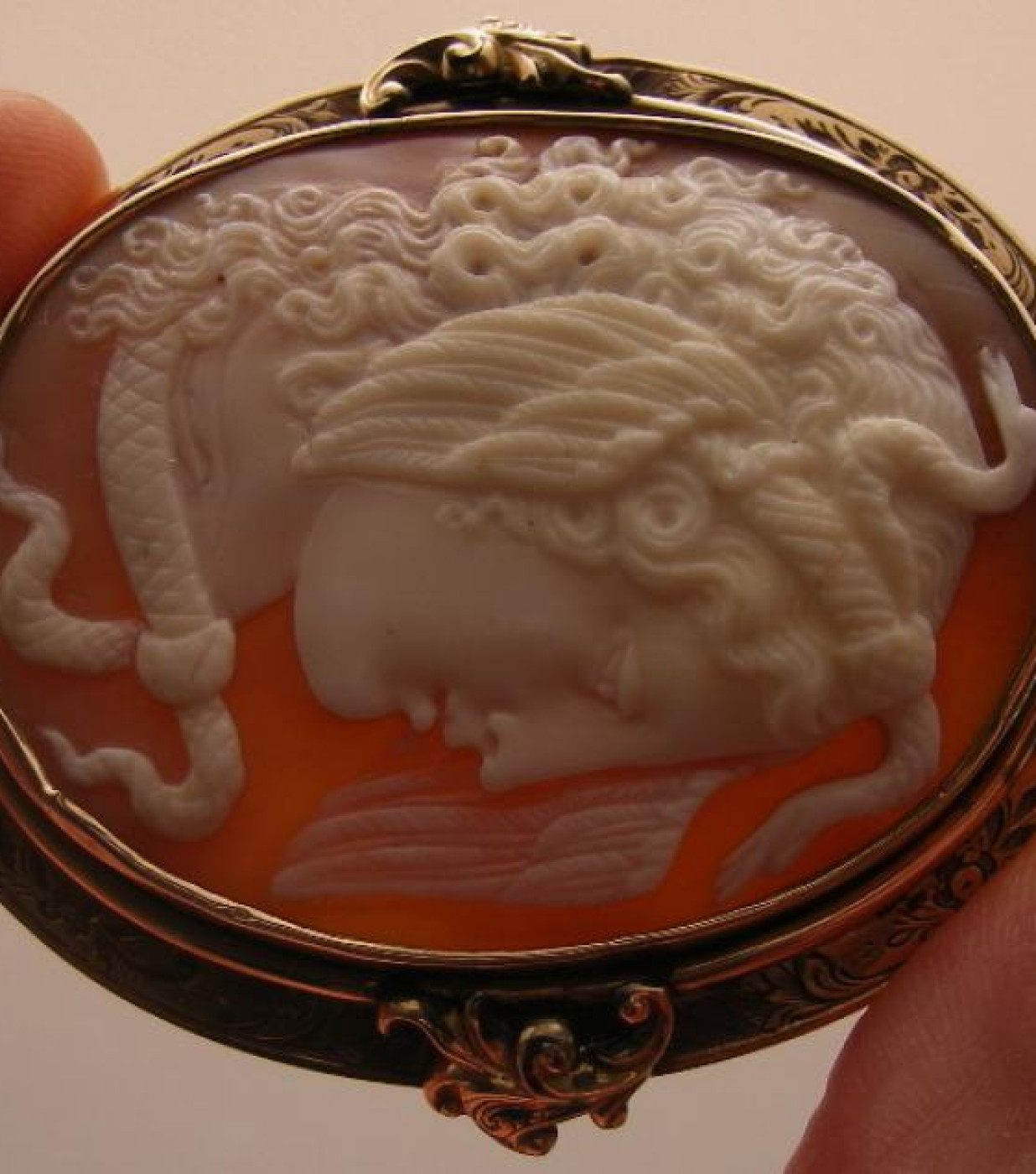 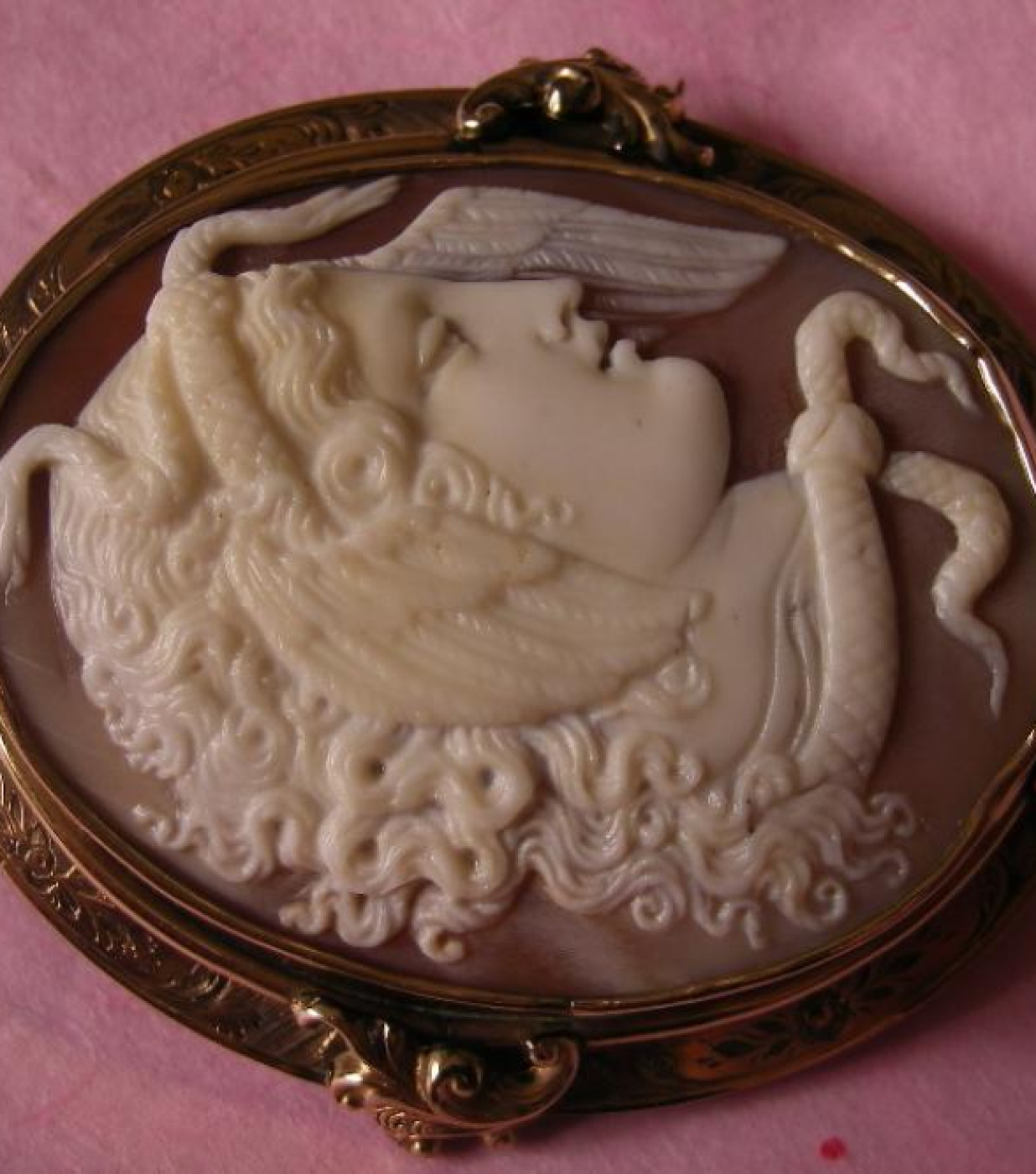 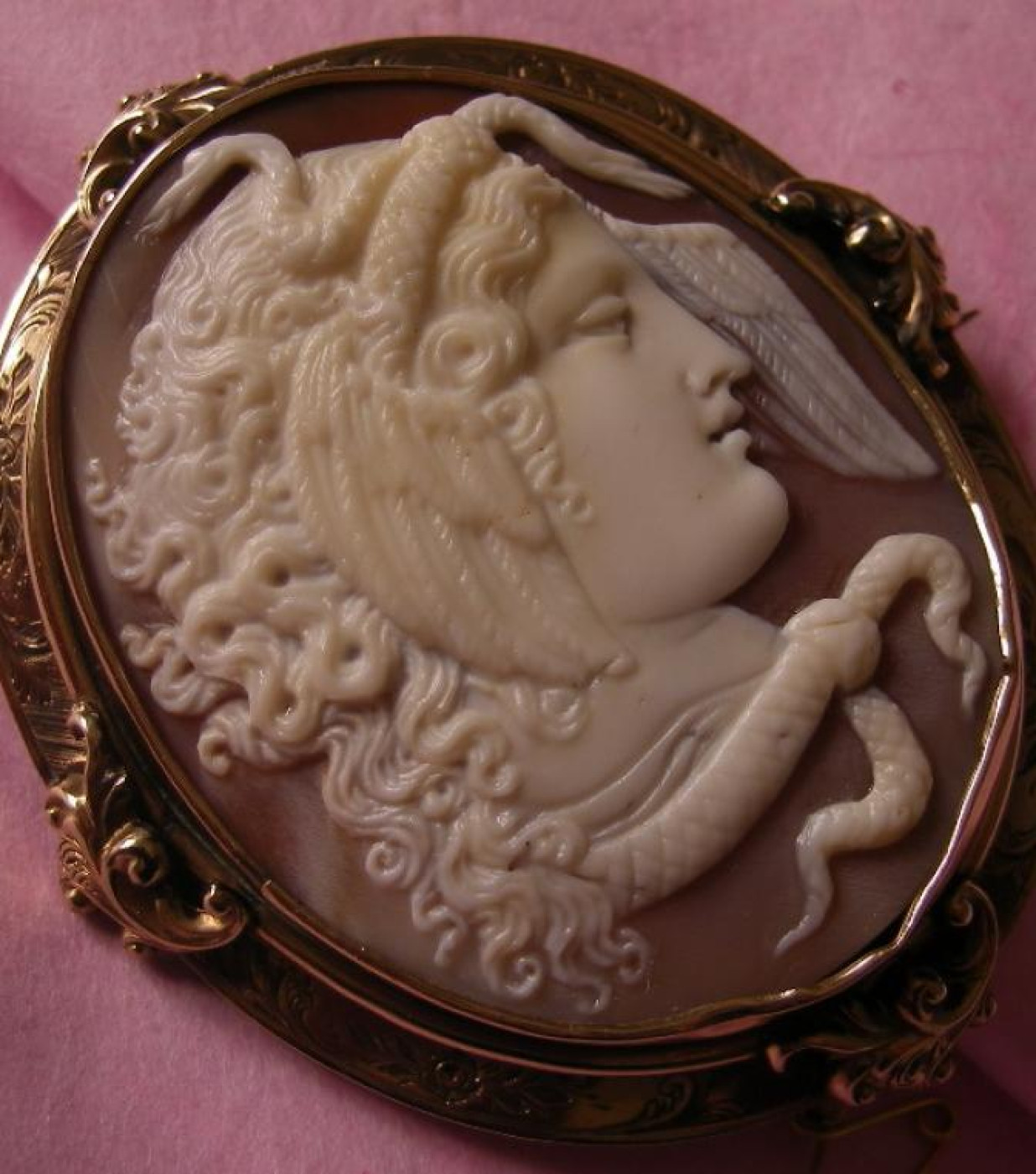 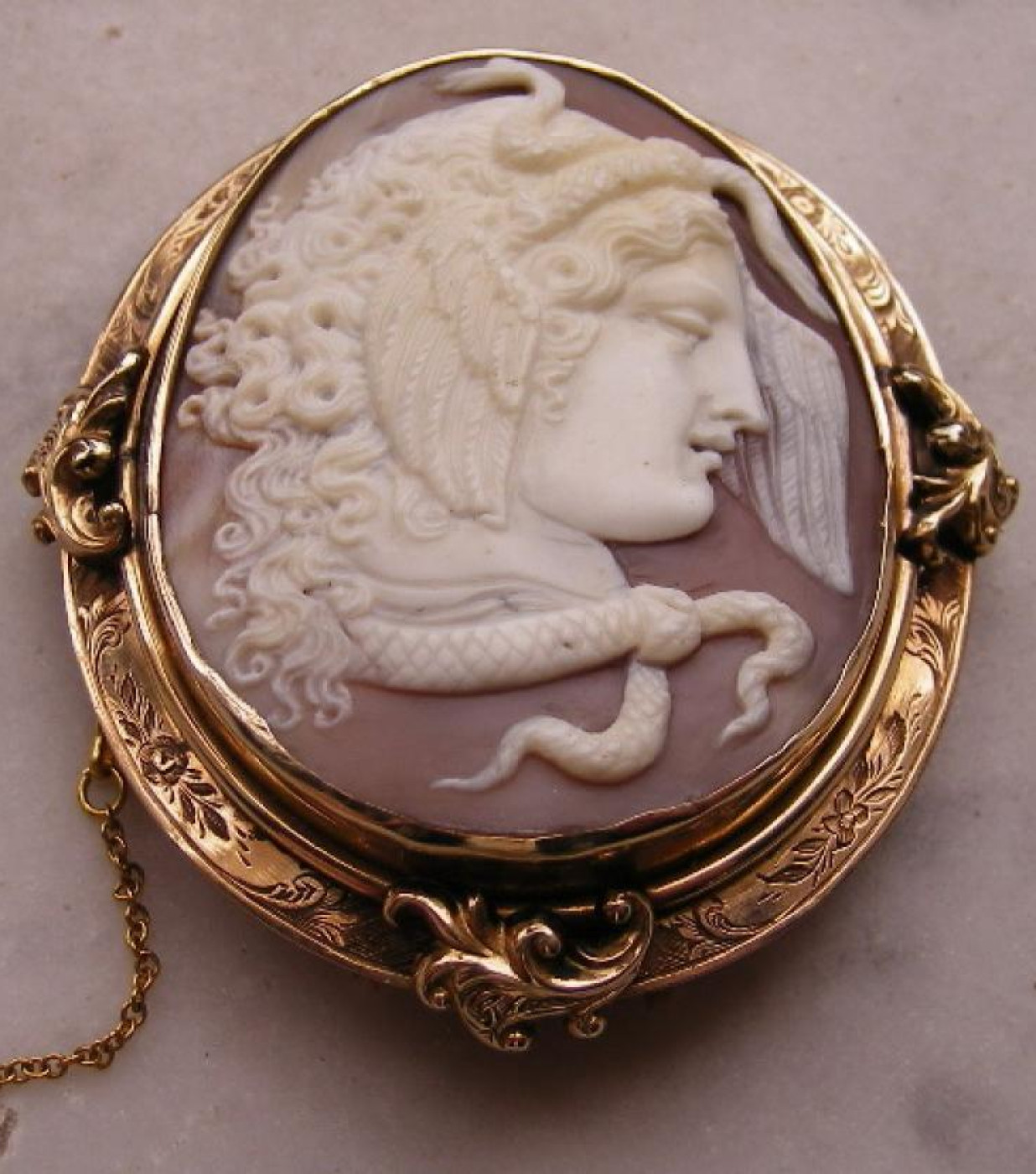 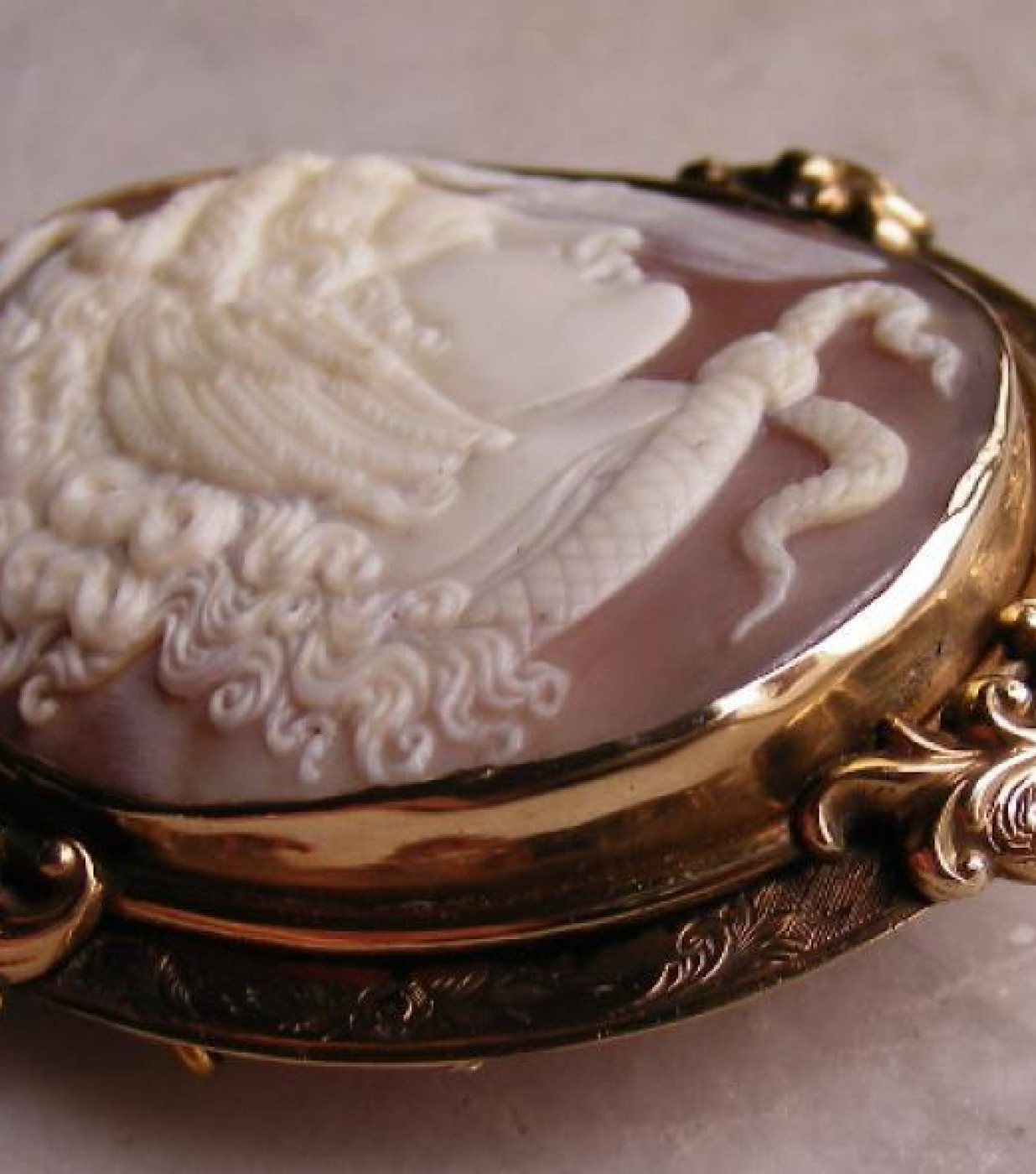 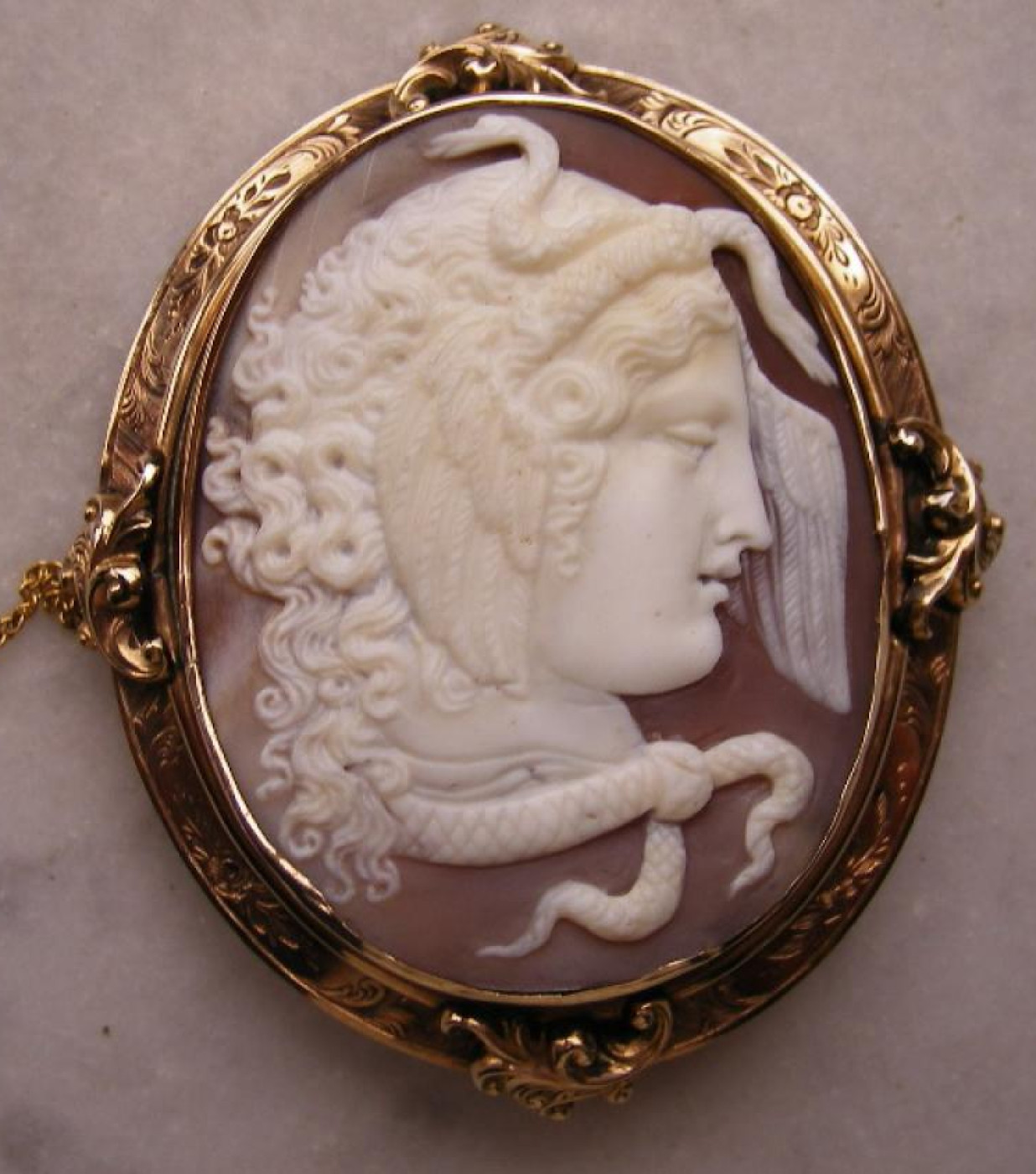 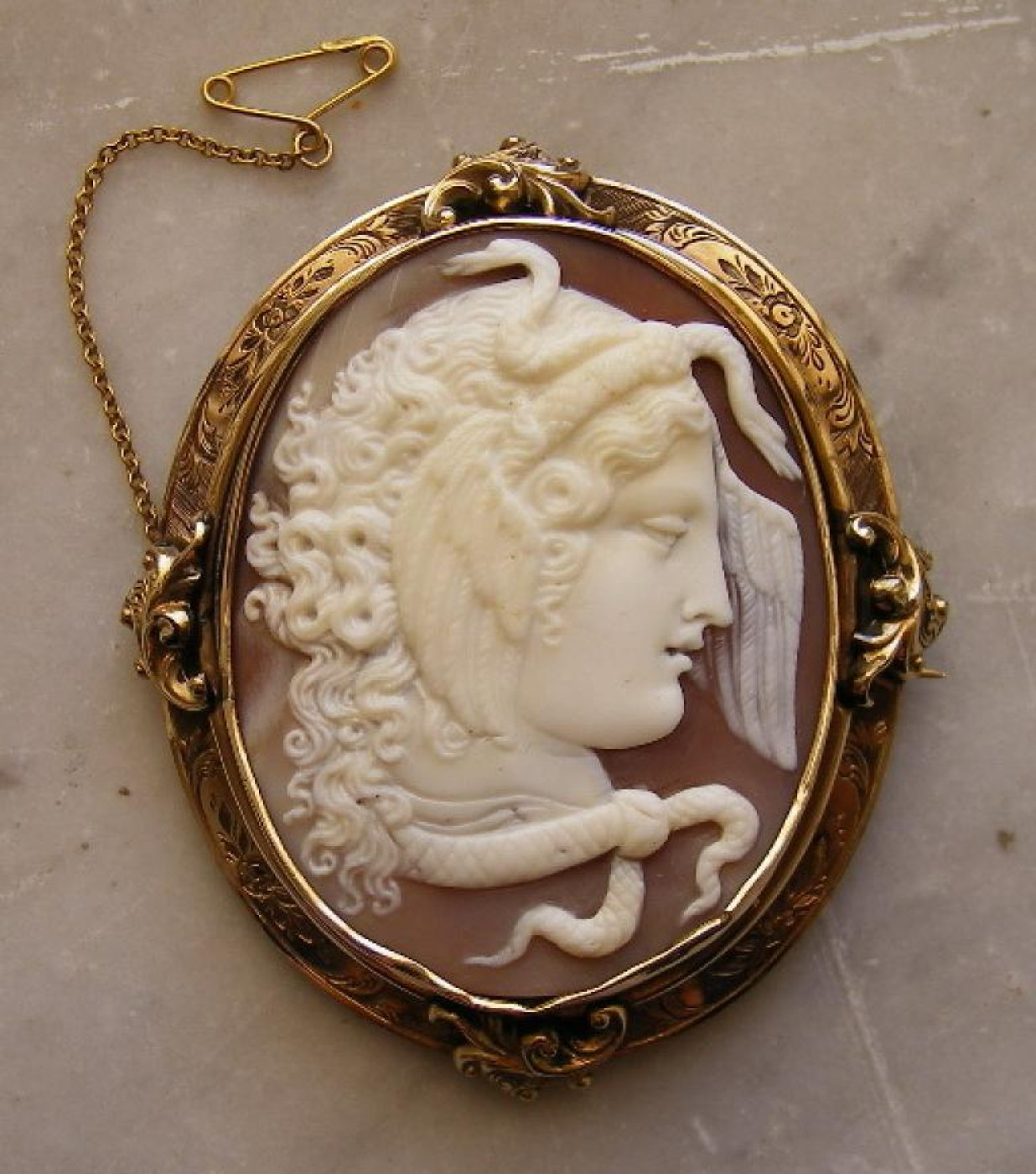 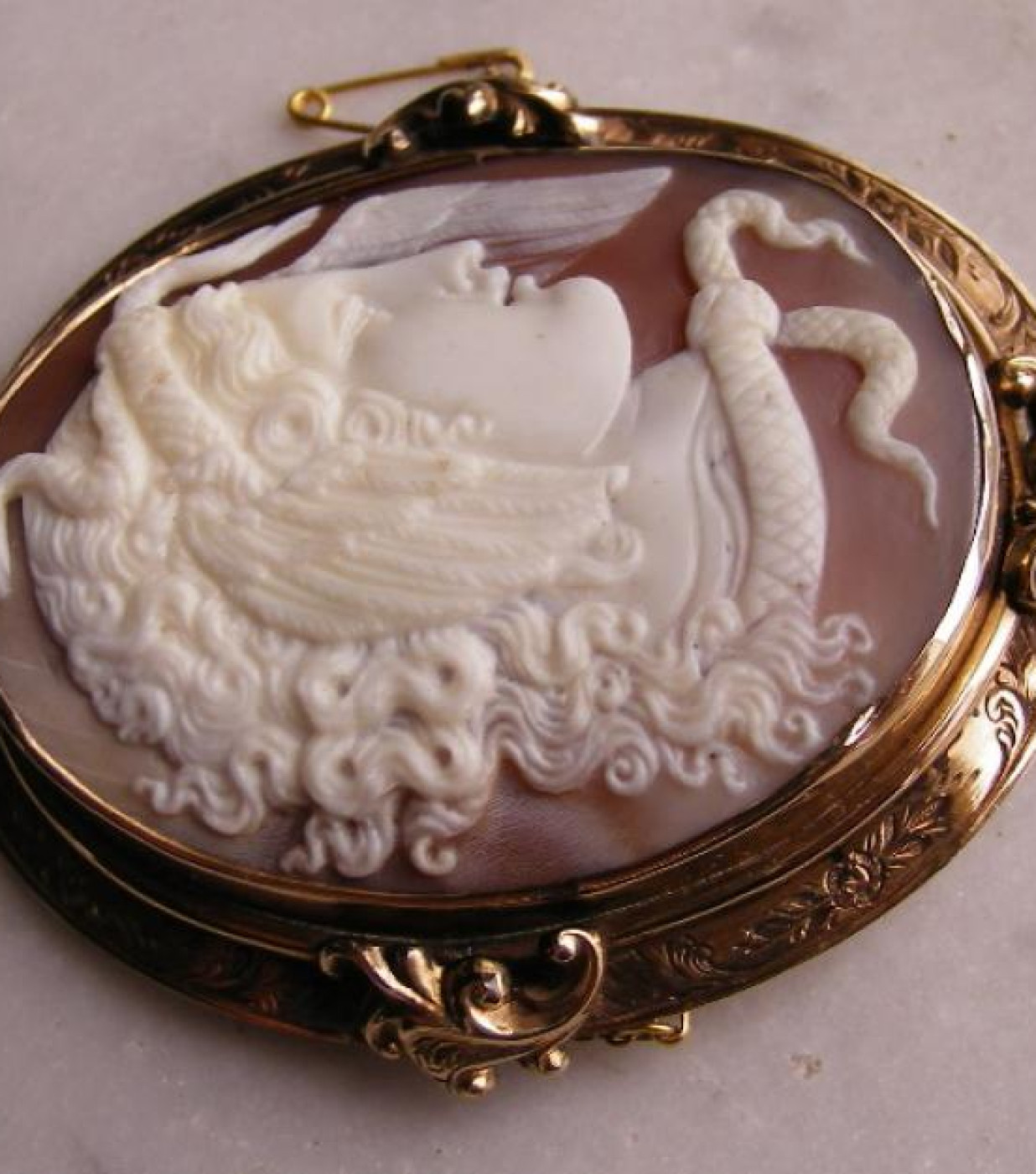 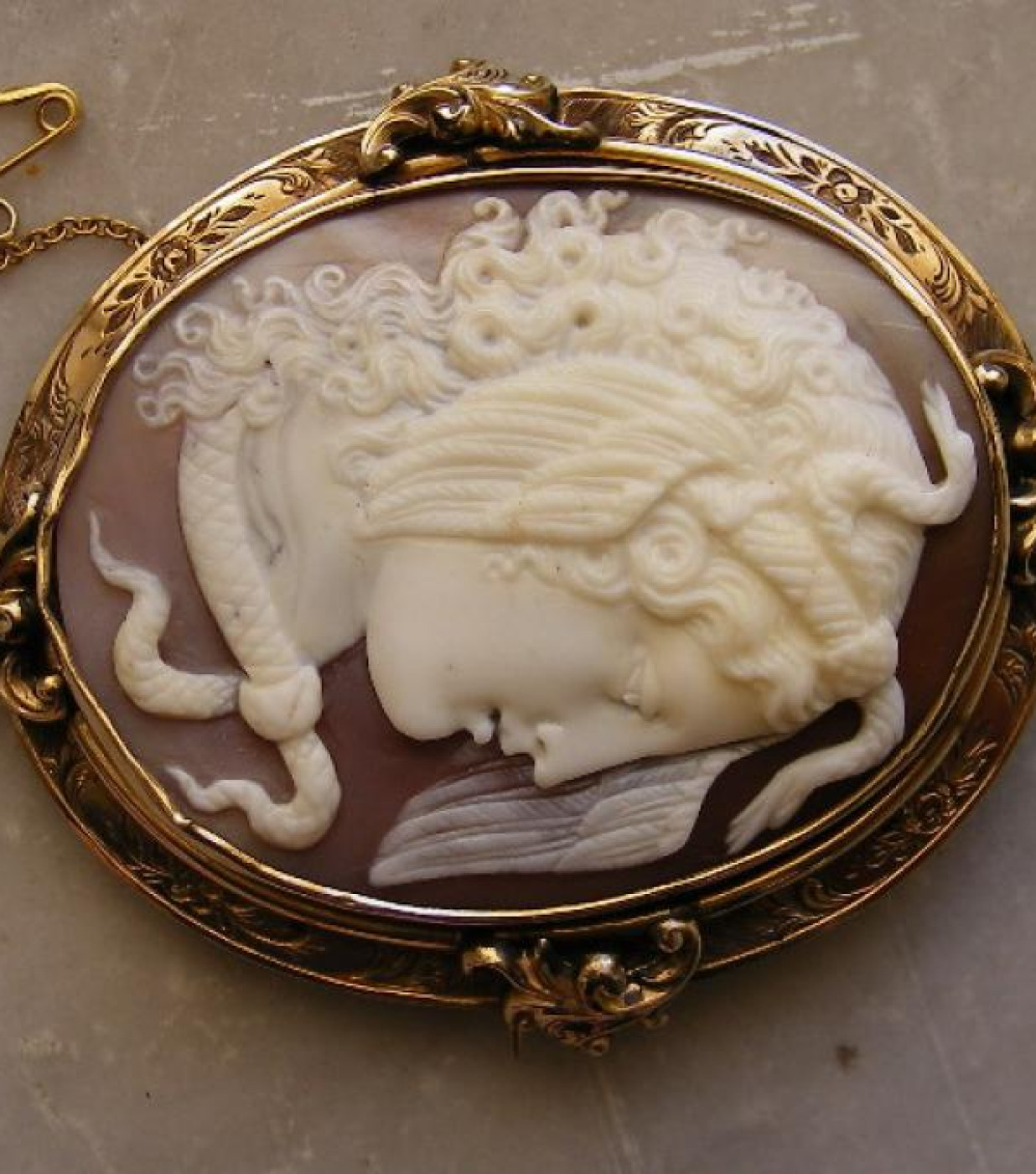 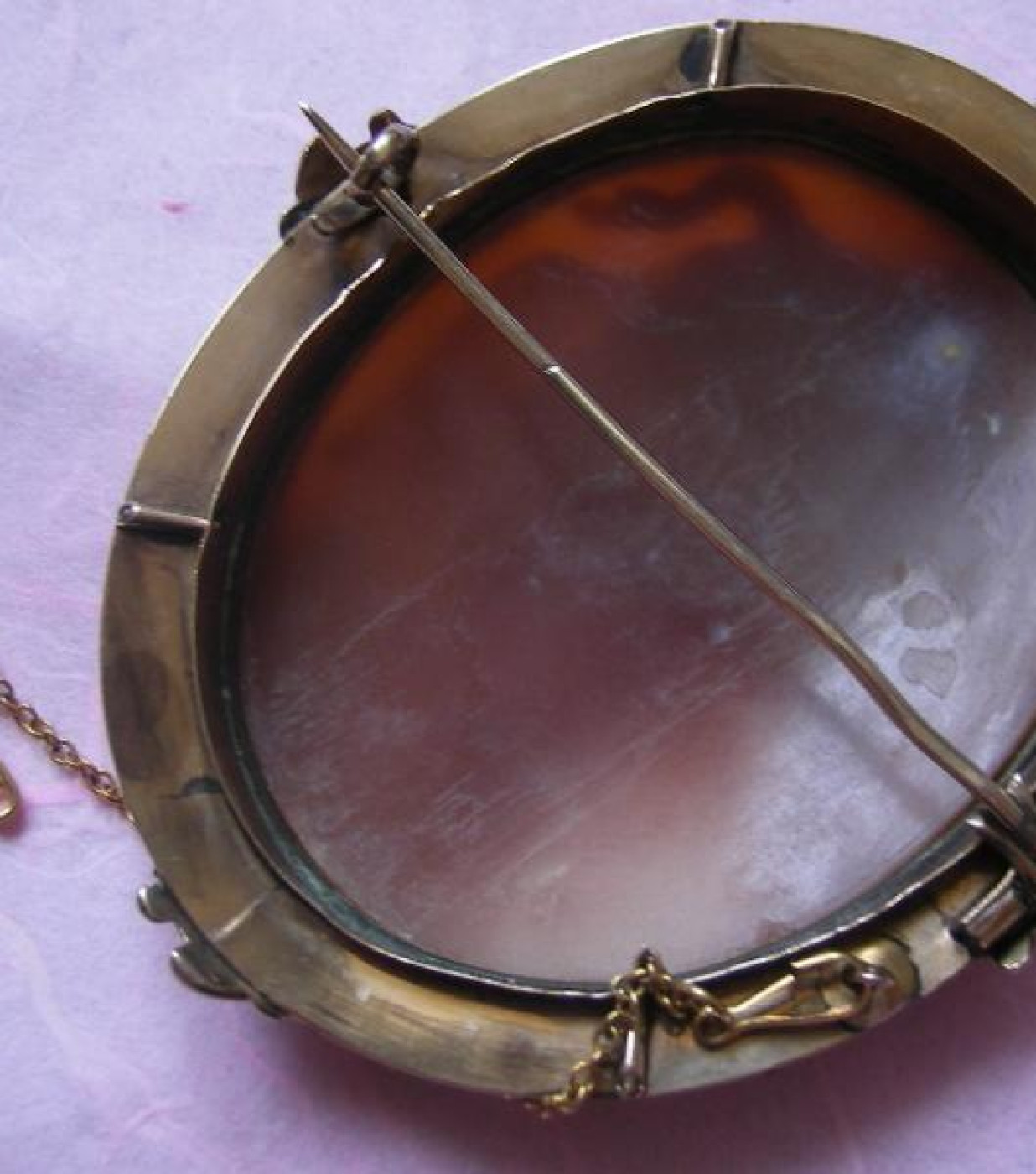 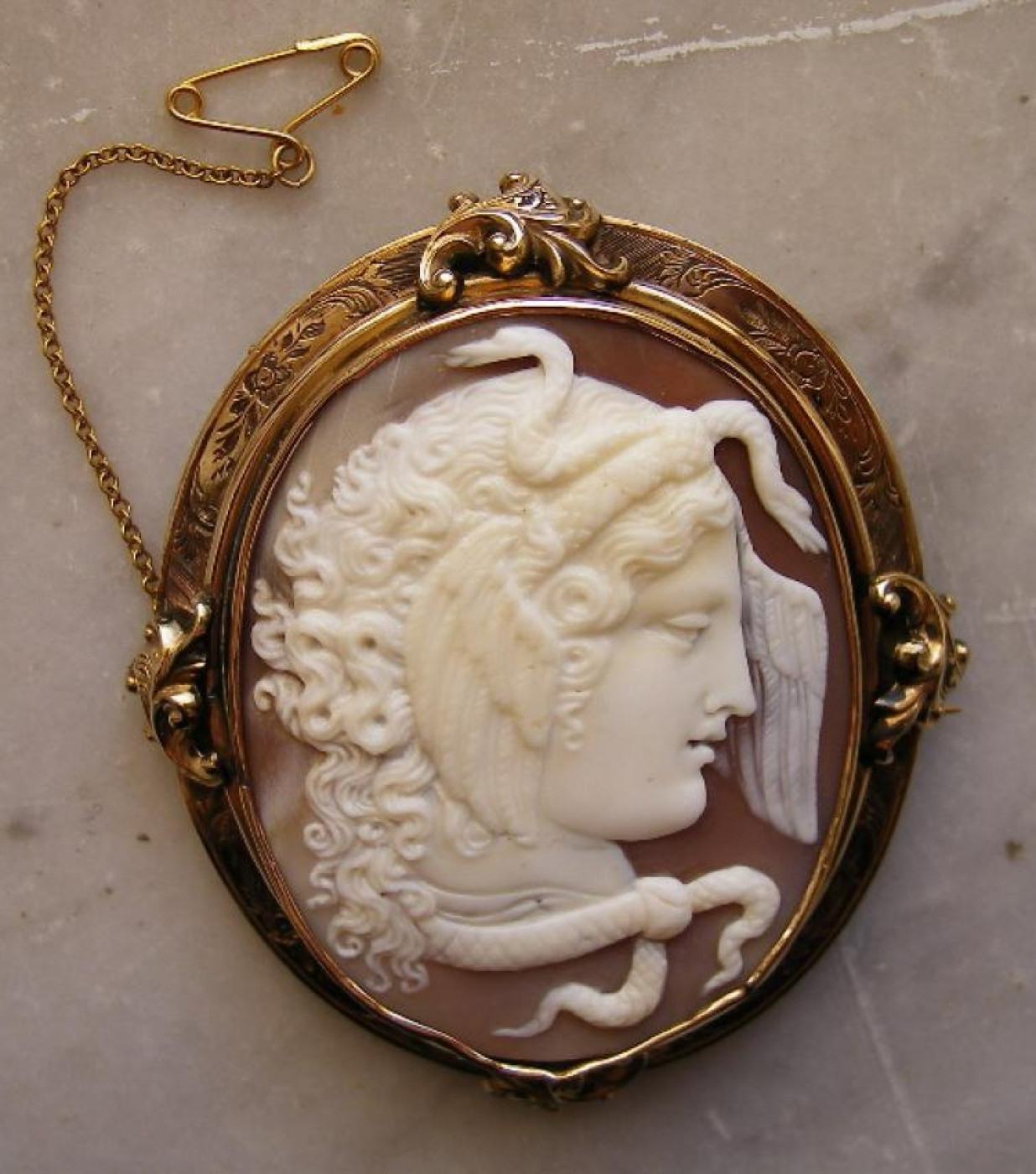 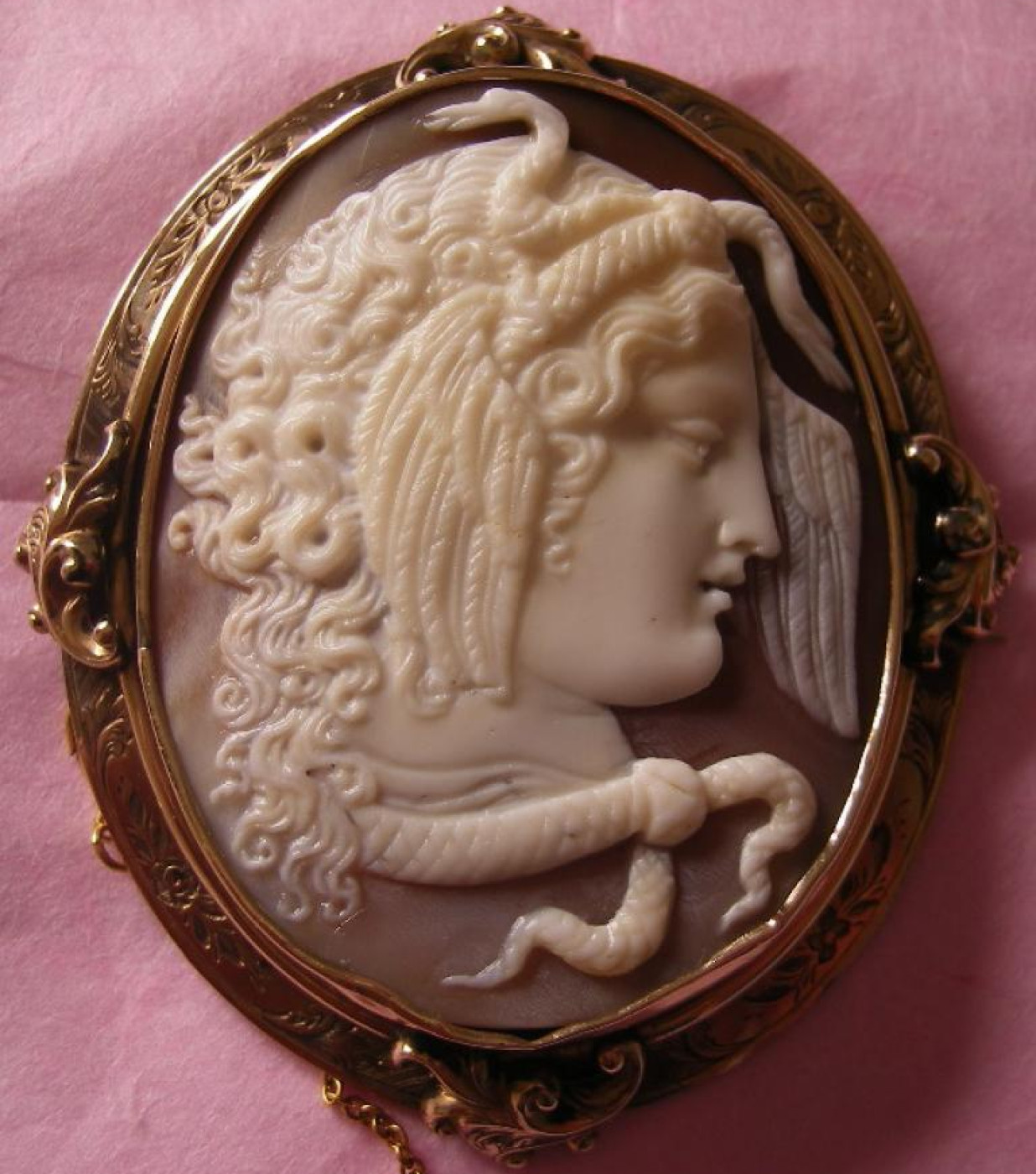 SPECIAL NOTE
Please note that the frame has been restored and the dents that you could see on the frame have been almost totally eliminated. You can see how the cameo looks now looking at the last four pictures.
ANTIQUE, MAGNIFICENT, HIGHEST QUALITY CAMEO DEPICTS THE GORGON MEDUSA, THE CARVING IS PERFECT, REAL MUSEUM QUALITY CAMEO. LOOK AT THE SADNESS OF HER FACE, HER FROWNING AND HER WRINKLES, AMAZING.  IT IS IN EXCELLENT CONDITIONS, NO  CRACKS OR STRESS LINES, A TINIEST CHIP IN THE CARVING JUST AT THE END OF HER MOUTH (SEE PICTURES), A SCRATCH ON THE SNAKE AROUND HER NECK AND ANOTHER OR HER NECK. NOTHING OF NOTICEABLE, REMEMBER THAT THE PICTURES ARE ENLARGED. THE FRAME IS FANTASTIC WITH FLORAL ENGRAVINGS AND SCROLLS . THE CAMEO IS VERY HIGH RELIEFED, AS YOU CAN SEE IN THE PICTURES, WONDERFUL CAMEO, LOOK AT THE DETAILED CARVING, A REAL WORK OF ART.  VERY DESIRABLE COLLECTORS PIECE.
A bit of history:
Medusa is a  character of Greek's mythology, she was one of three Gorgons, the only one that was mortal. Poseidon fell in love with Medusa and one night he took her in a temple consecrated to Athena to consummate their love. Athena offended, transformed Medusa's hair into snakes and again everyone that had looked Medusa's eyes would have been petrified. Medusa was killed by Perseus who cut her head looking at her through a bright shield received from Athena. From Medusa's body came out Pegasus, the mythic winged horse, and Crisaore generated with the union with Poseidon. For this reason Medusa's head was given by Perseus to Athena who put it in the center of her aegis. Aegis used by Athena, is a fringed armour or a shield with Medusa's head in the center.