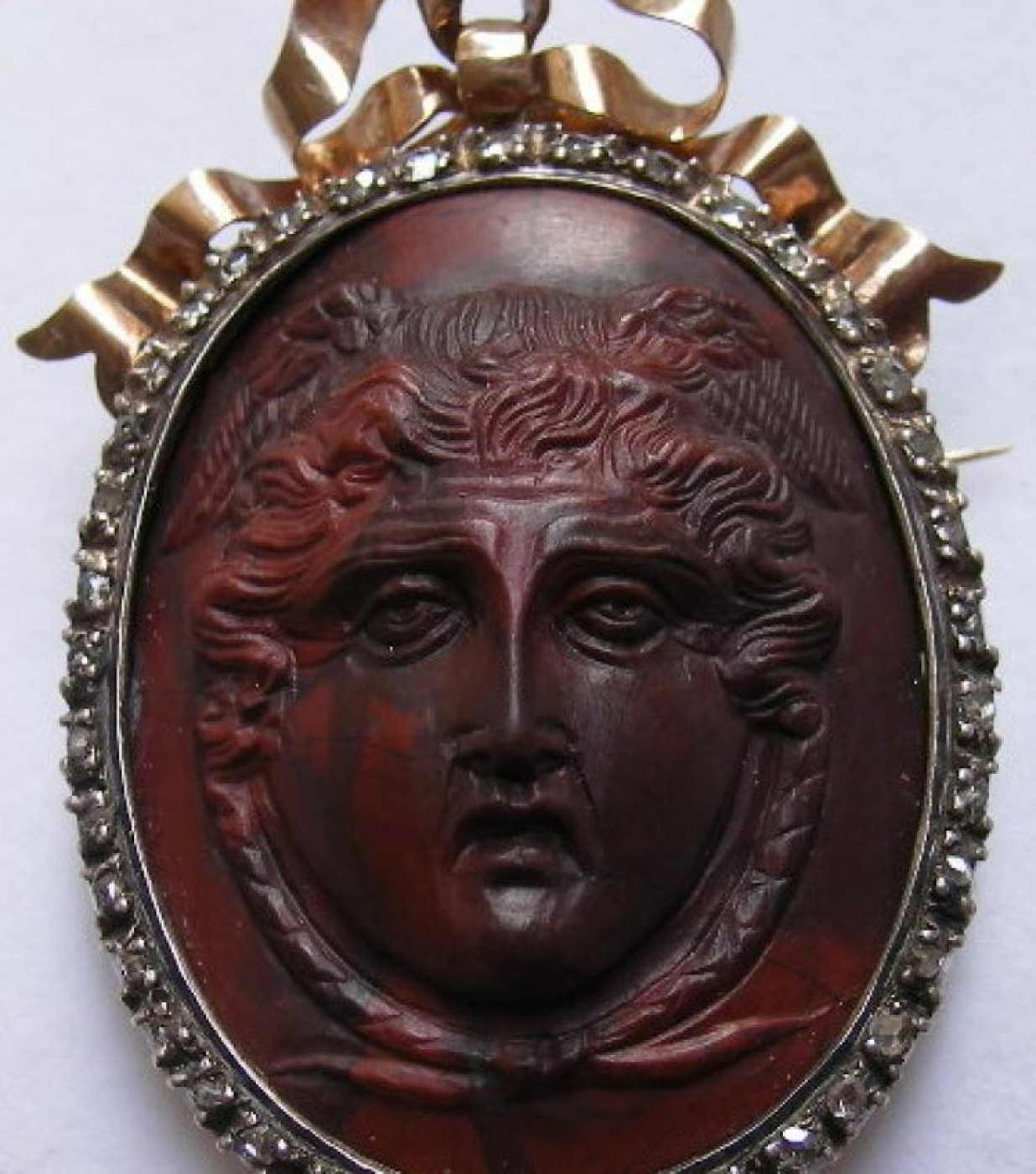 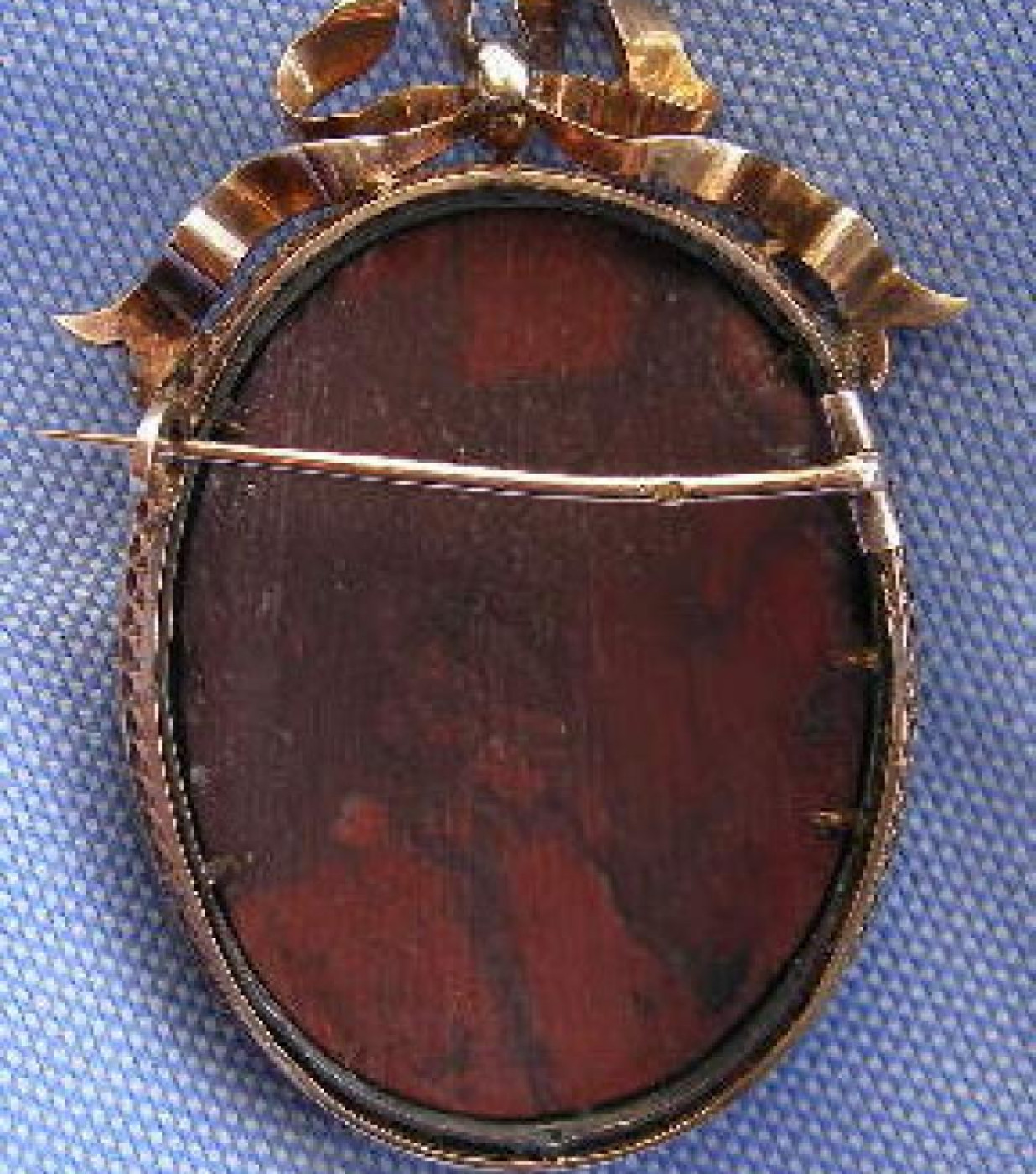 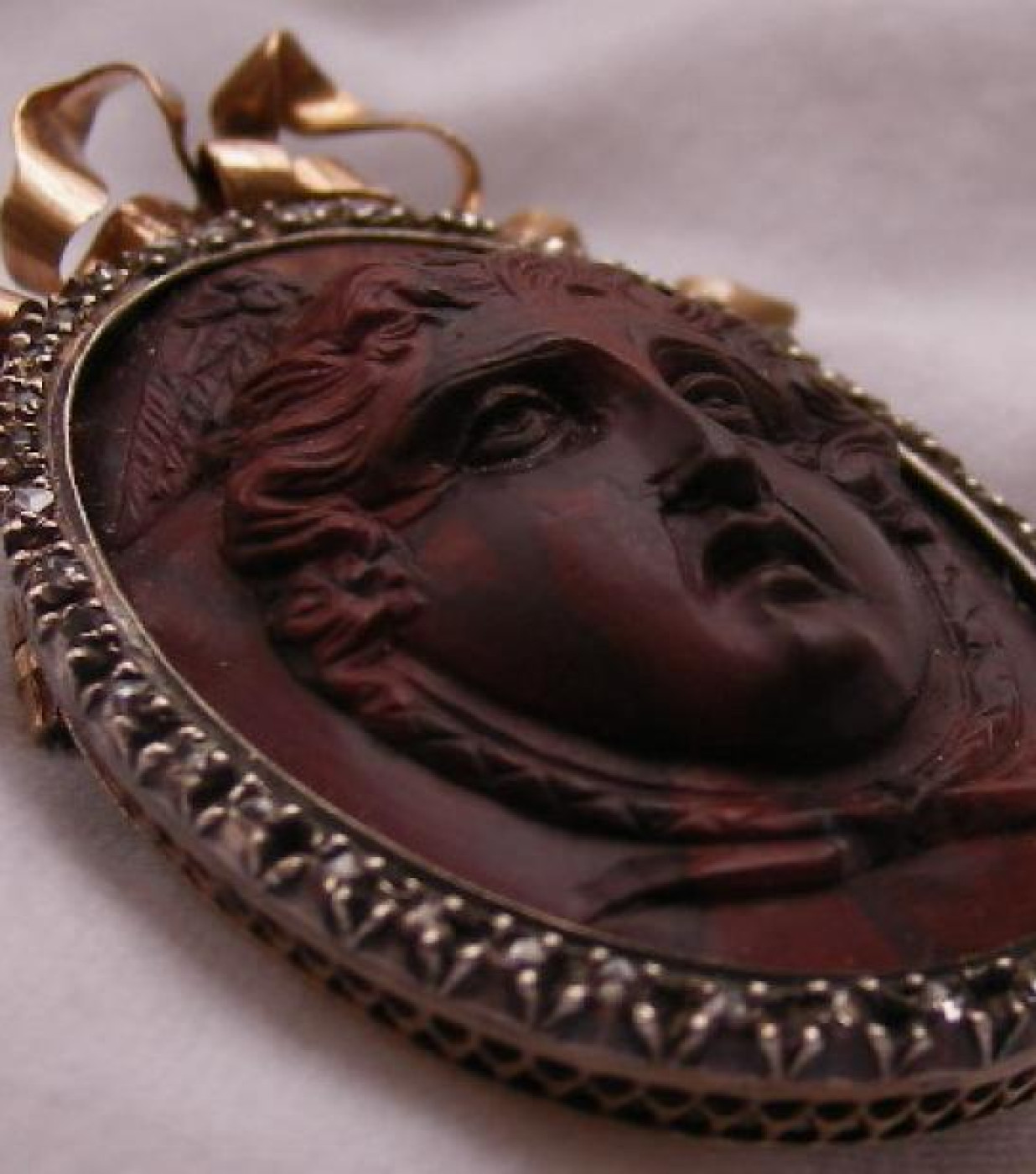 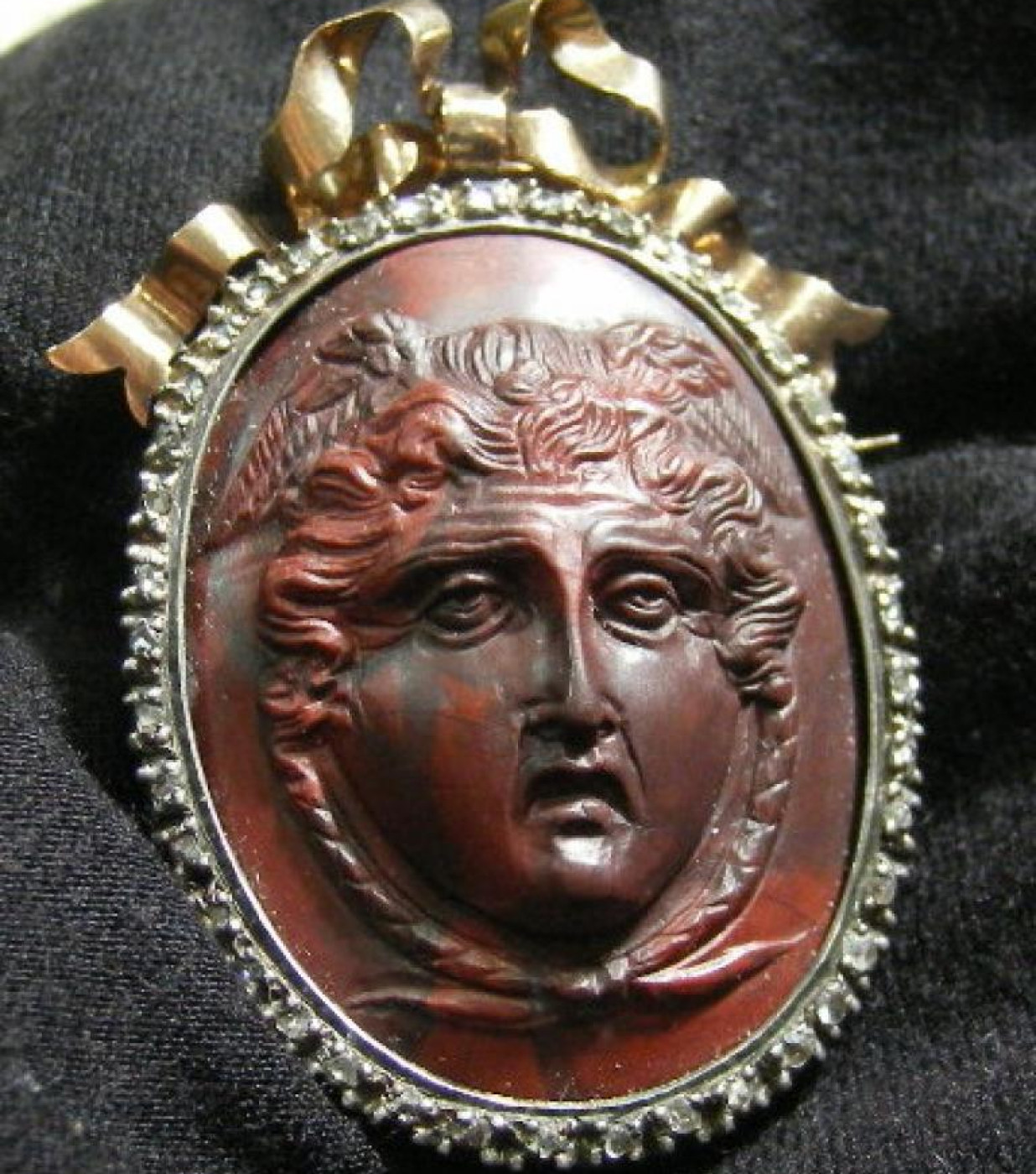 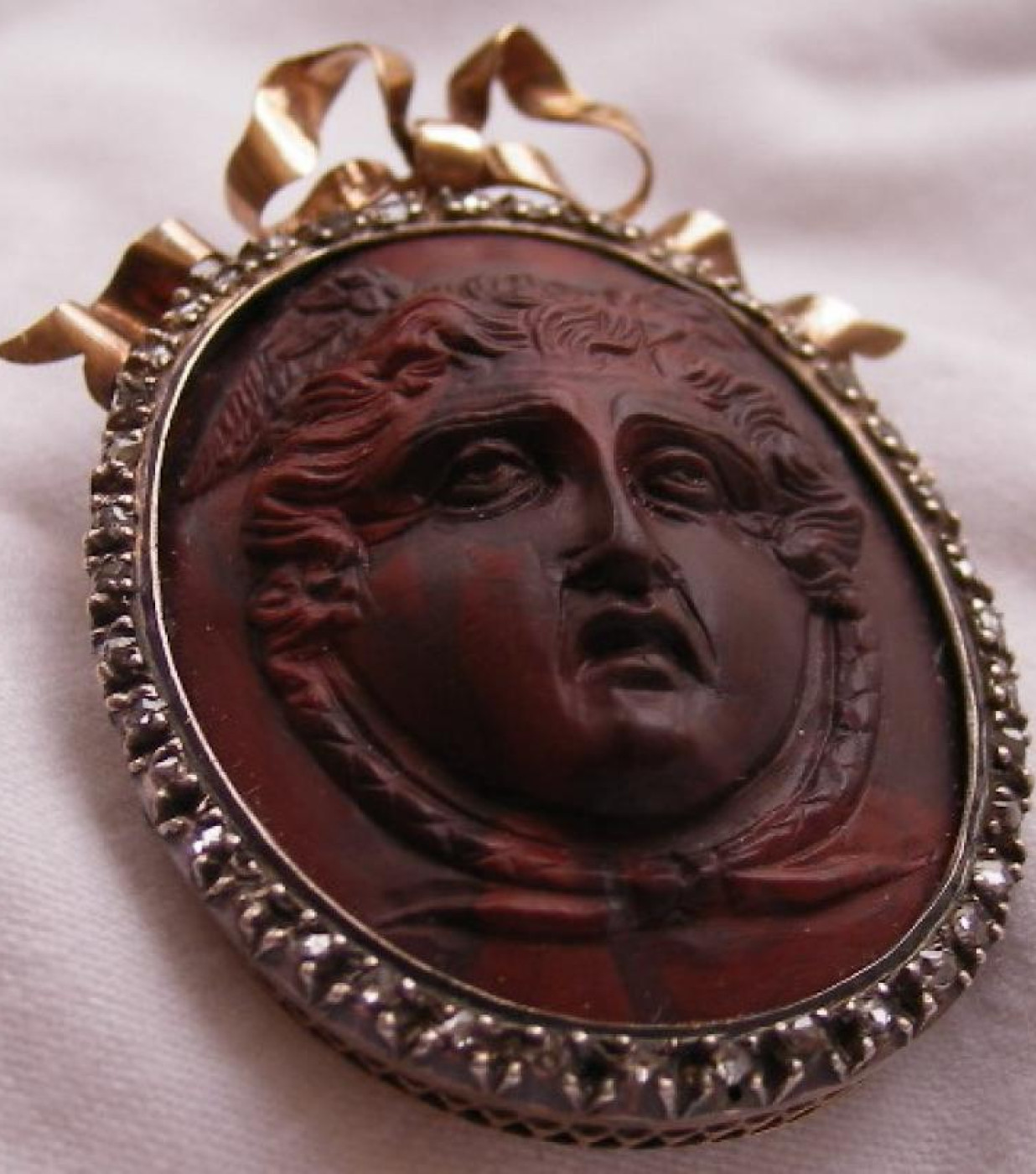 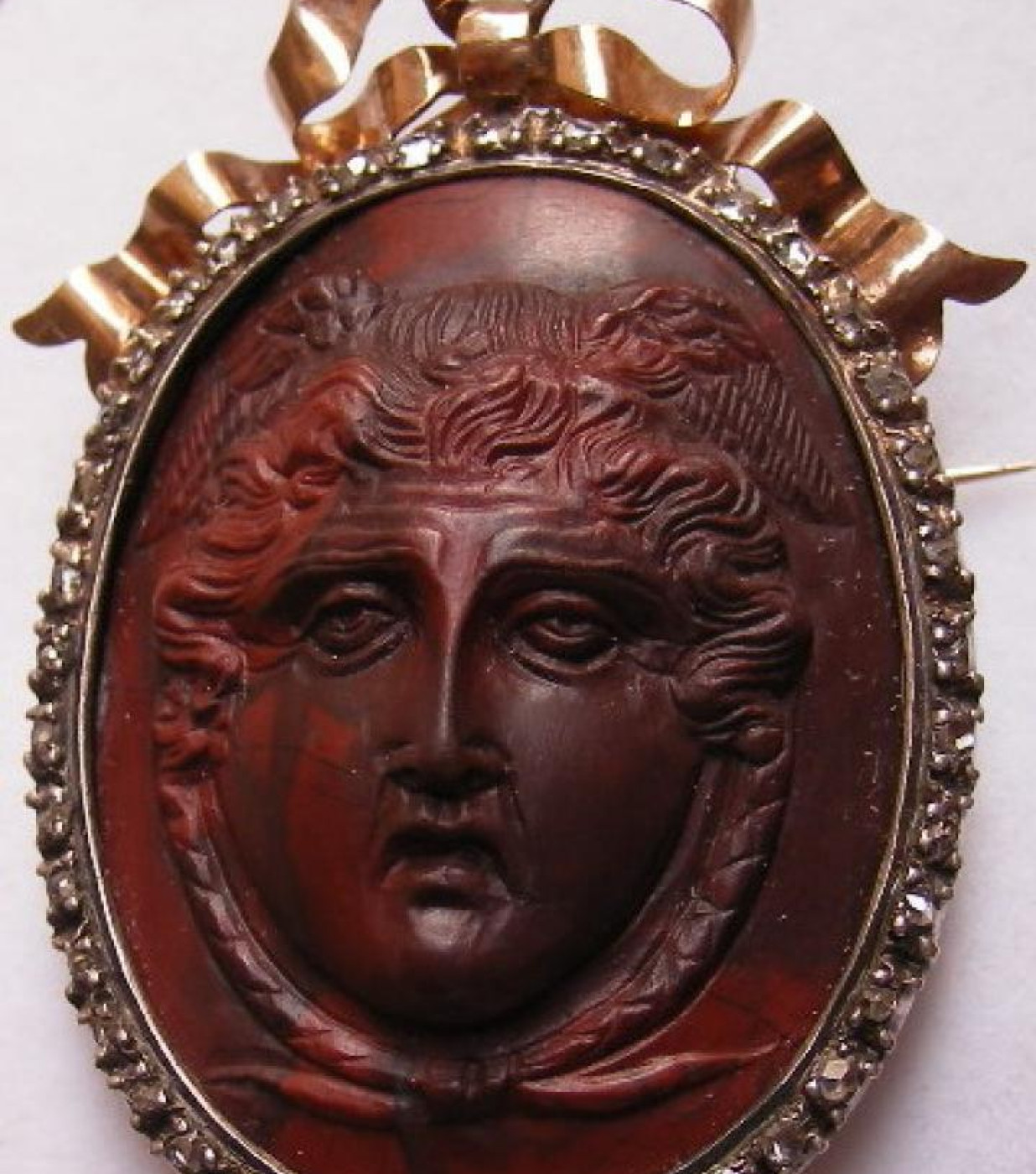 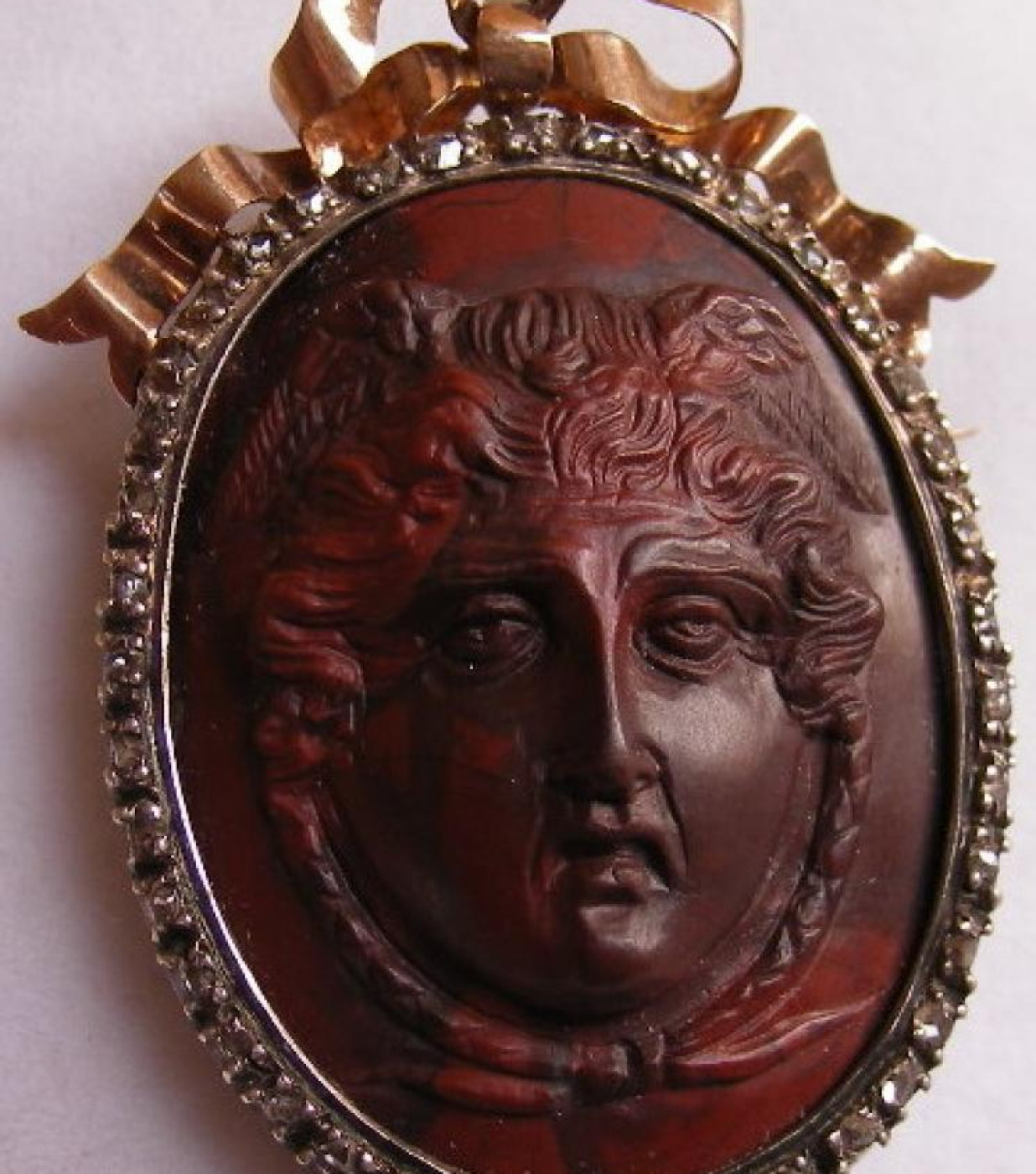 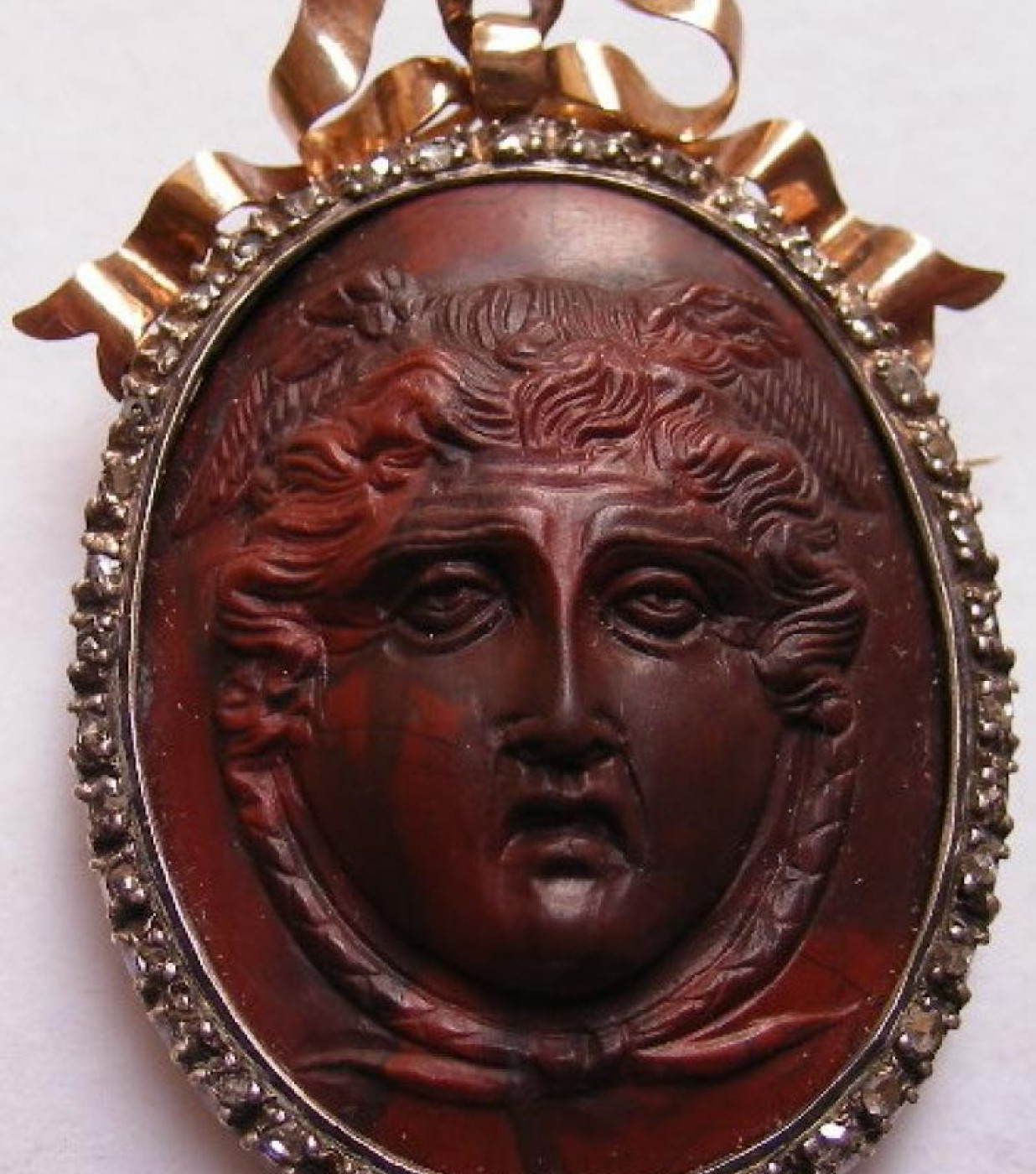 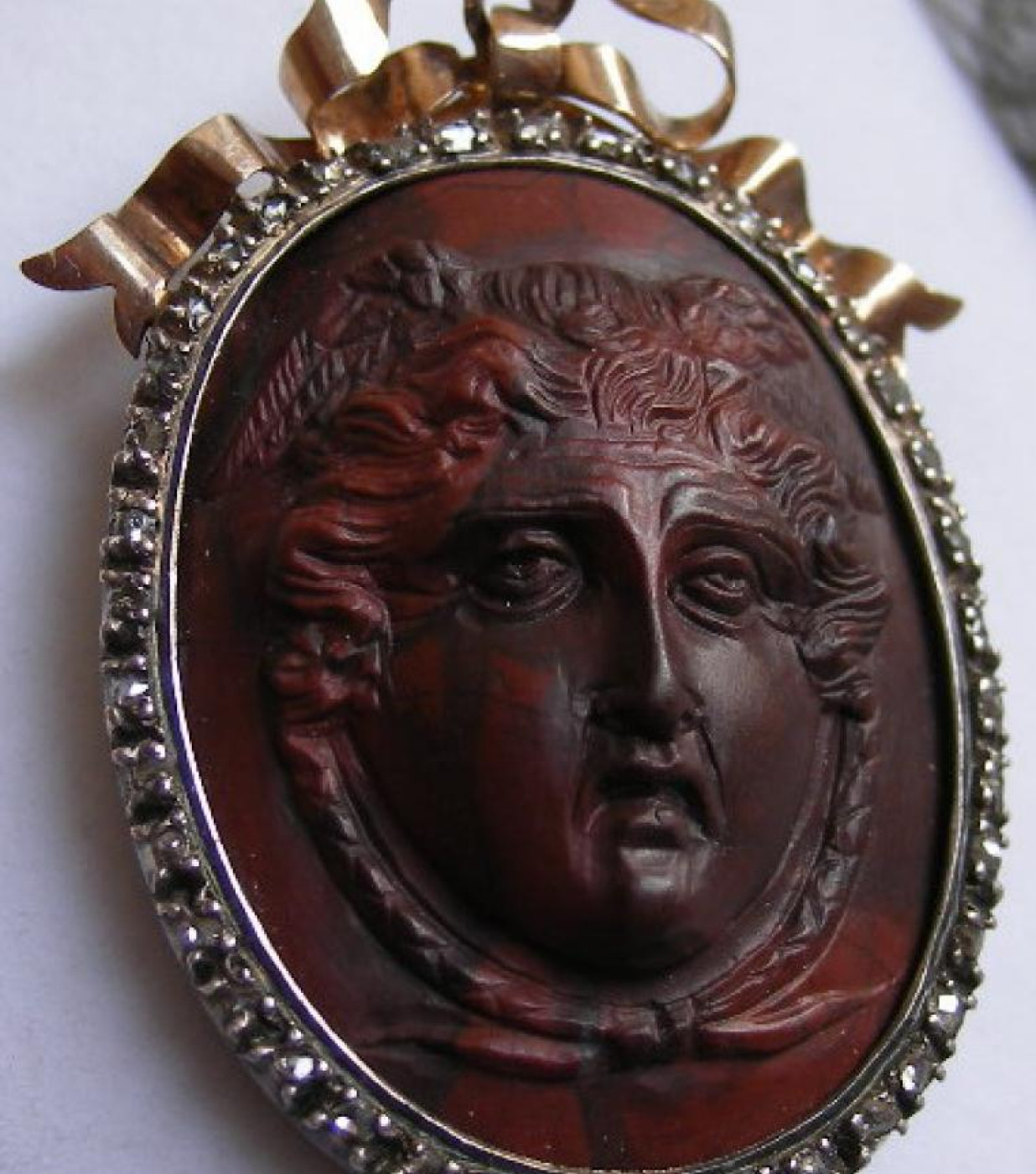 Antique, magnificent,  museum quality lava cameo depicts the gorgon Medusa, I have not words to describe it, I'm speechless looking at it. This medusa is a such rare one, the carving is perfect, real Museum Quality cameo. The lava stone it is carved from has a such rare color with a lot of shadows in the stone. A front  face Medusa is always a rare subject to find.  The frame too is an artwork, with real diamonds, approx. 0.40/0.45 cts of old cut diamonds, the victorian love knot on the top of the frame makes this cameo a real beauty. The cameo is only brooch, it is in mint conditions, no chips or cracks or stress lines,it seems never worn . The cameo is very high reliefed, as you can see from the pictures, wonderful cameo, look at the detailed carving, a real work of art. This one is one of the most beautiful lava cameo I have ever handled. Very desiderable collectors piece.

Medusa is a  character of Greek's mythology, she was one of three Gorgons, the only one that was mortal. Poseidon fell in love with Medusa and one night he took her in a temple consecrated to Athena to consummate their love. Athena offended, transformed Medusa's hair into snakes and again everyone that had looked Medusa's eyes would have been petrified. Medusa was killed by Perseus who cut her head looking at her through a bright shield received from Athena. From Medusa's body came out Pegasus, the mythic winged horse, and Crisaore generated with the union with Poseidon. For this reason Medusa's head was given by Perseus to Athena who put it in the center of her aegis. Aegis used by Athena, is a fringed armour or a shield with Medusa's head in the center.