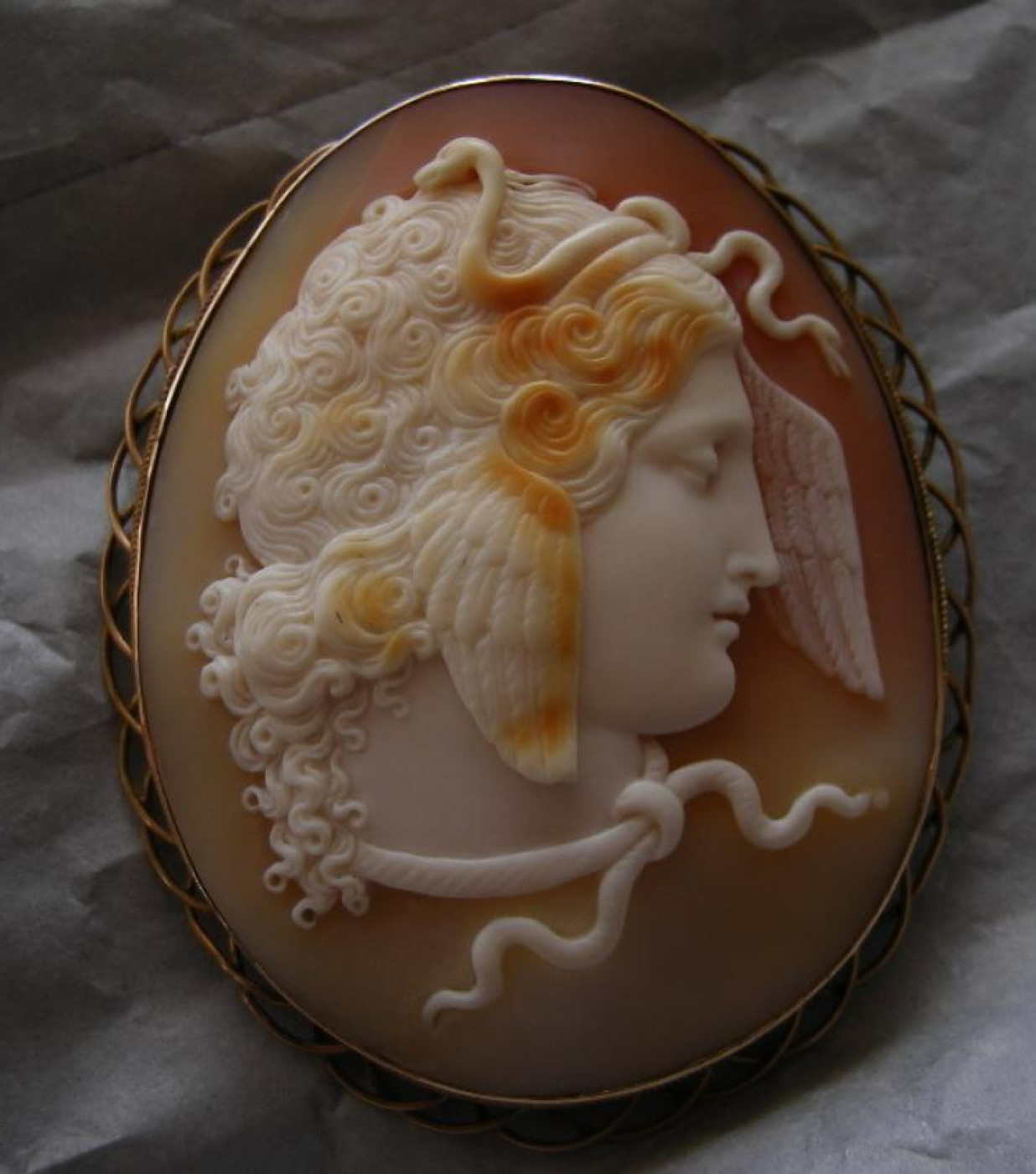 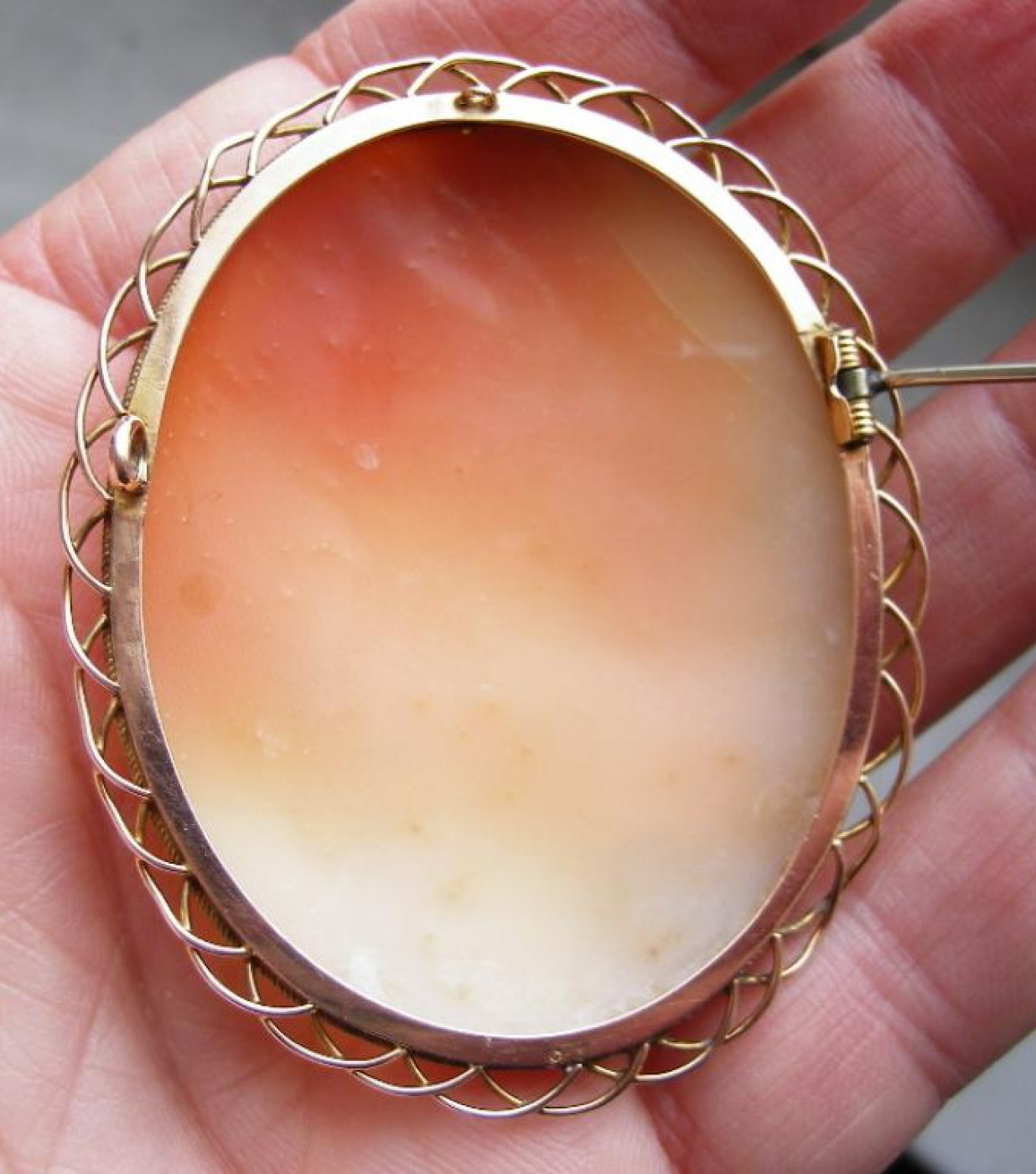 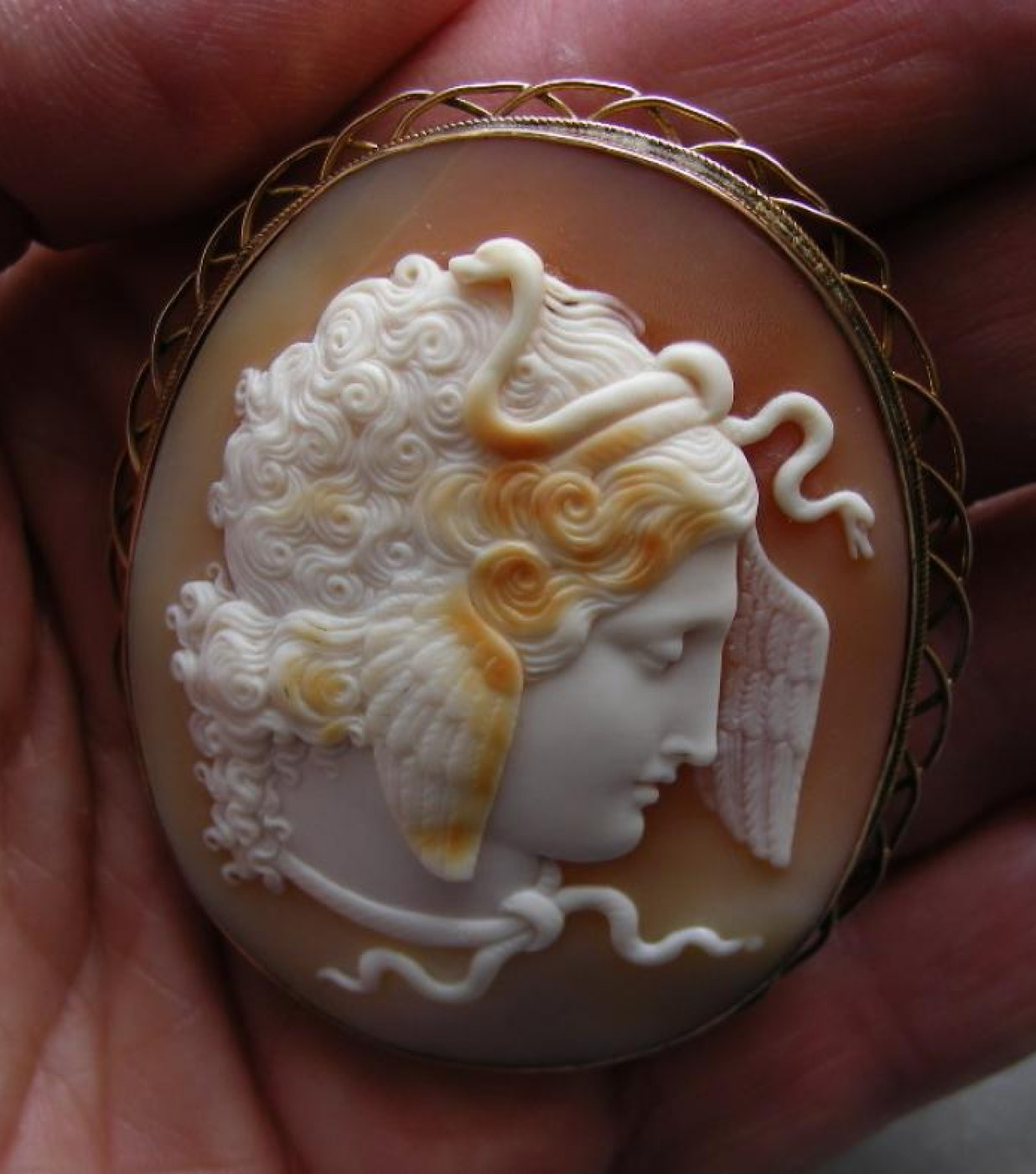 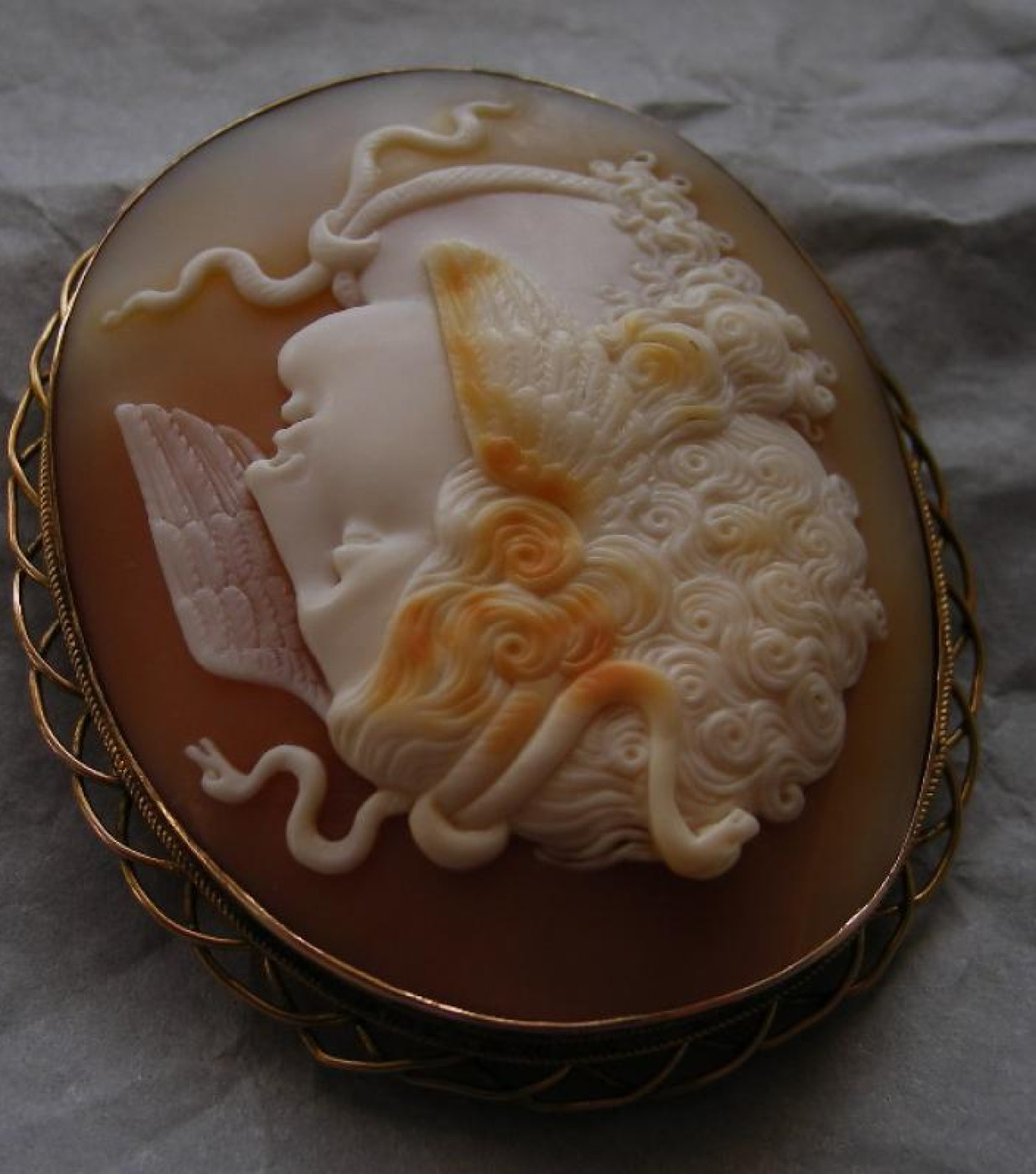 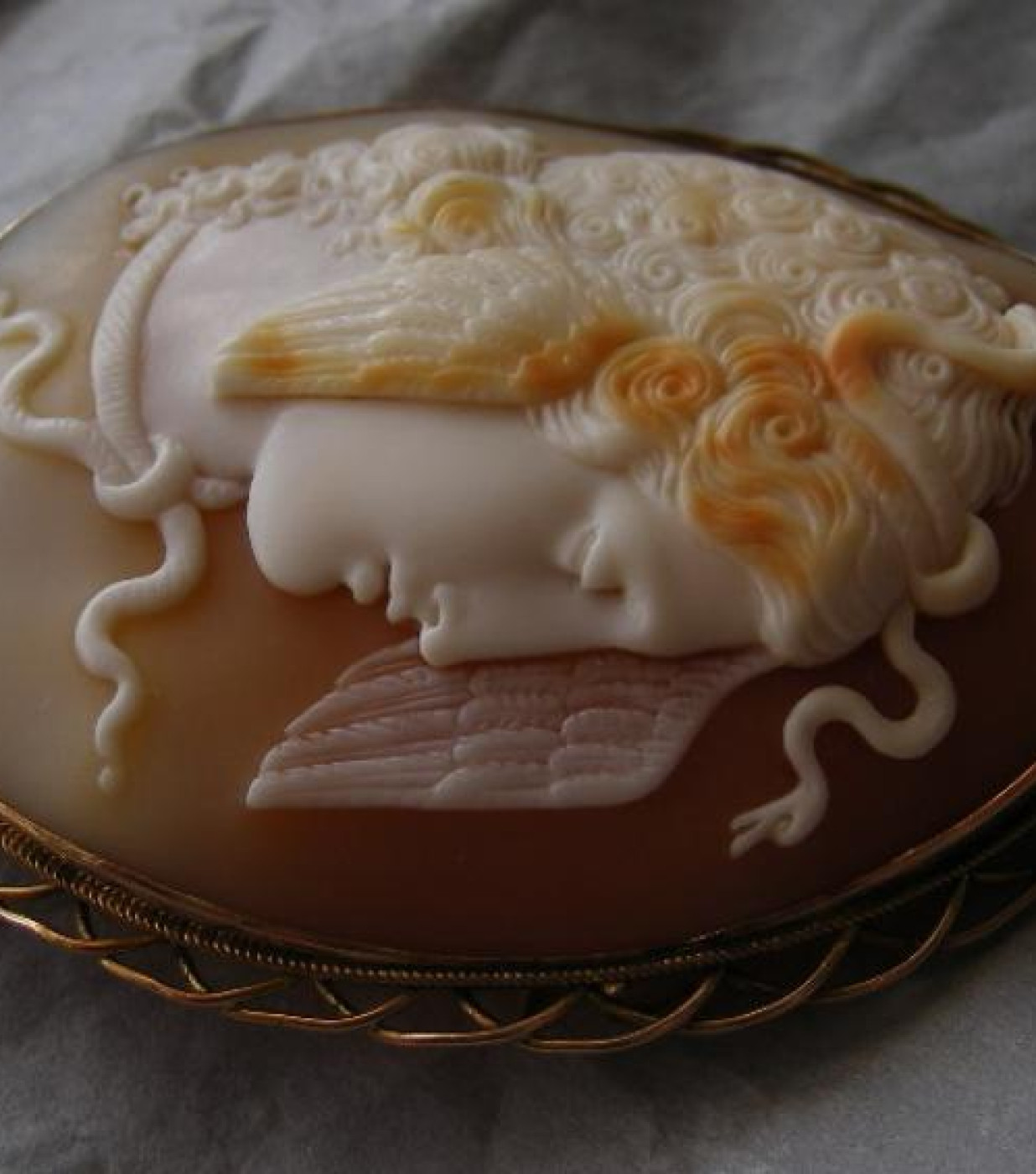 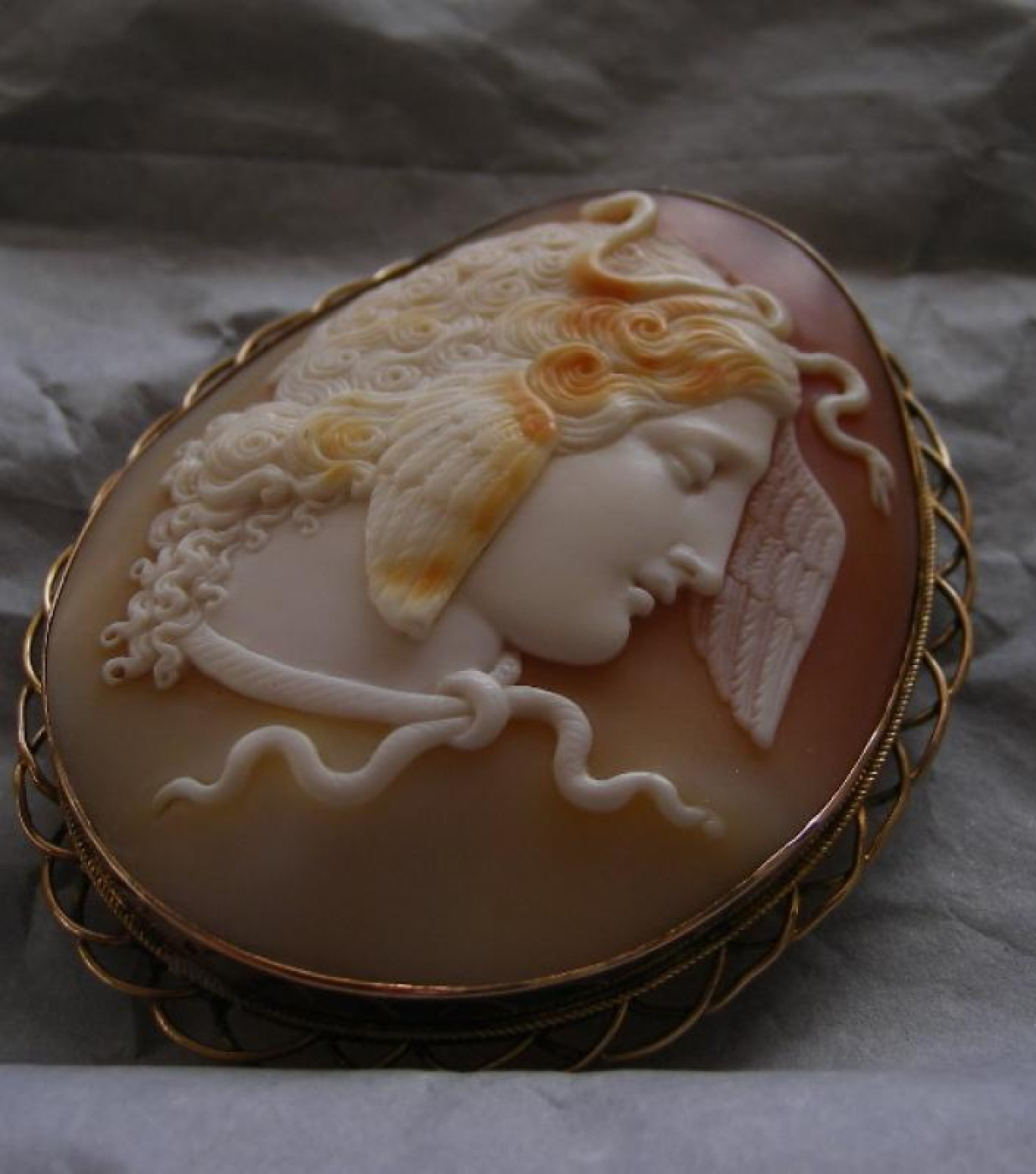 Museum Quality cameo depicting Medusa, the carving is more than superb.  Look at the face of Medusa, her sadness is so well rendered, her facial features perfect.  Her beauty is amazing, she really seems alive. All the carving in this cameo is an artwork due to the skill of the carver who used the colors of the shell to evidence the wings, the hair, the snakes. Her face is totally beautiful. The frame simple but elegant completes the beauty of this cameo. This is with no doubt one of most beautiful Medusa I have ever handled, the pictures speak by themselves. This is another masterly carved cameo. A very desirable collectors piece, rare and museum quality cameo.
A bit of History:
Medusa is a  character of Greek's mythology, she was one of three Gorgons, the only one that was mortal. Poseidon fell in love with Medusa and one night he took her in a temple consecrated to Athena to consummate their love. Athena offended, transformed Medusa's hair into snakes and again everyone that had looked Medusa's eyes would have been petrified. Medusa was killed by Perseus who cut her head looking at her through a bright shield received from Athena. From Medusa's body came out Pegasus, the mythic winged horse, and Crisaore generated with the union with Poseidon. For this reason Medusa's head was given by Perseus to Athena who put it in the center of her aegis. Aegis used by Athena, is a fringed armour or a shield with Medusa's head in the center.