Magnificent Rare Cameo of a Bacchante 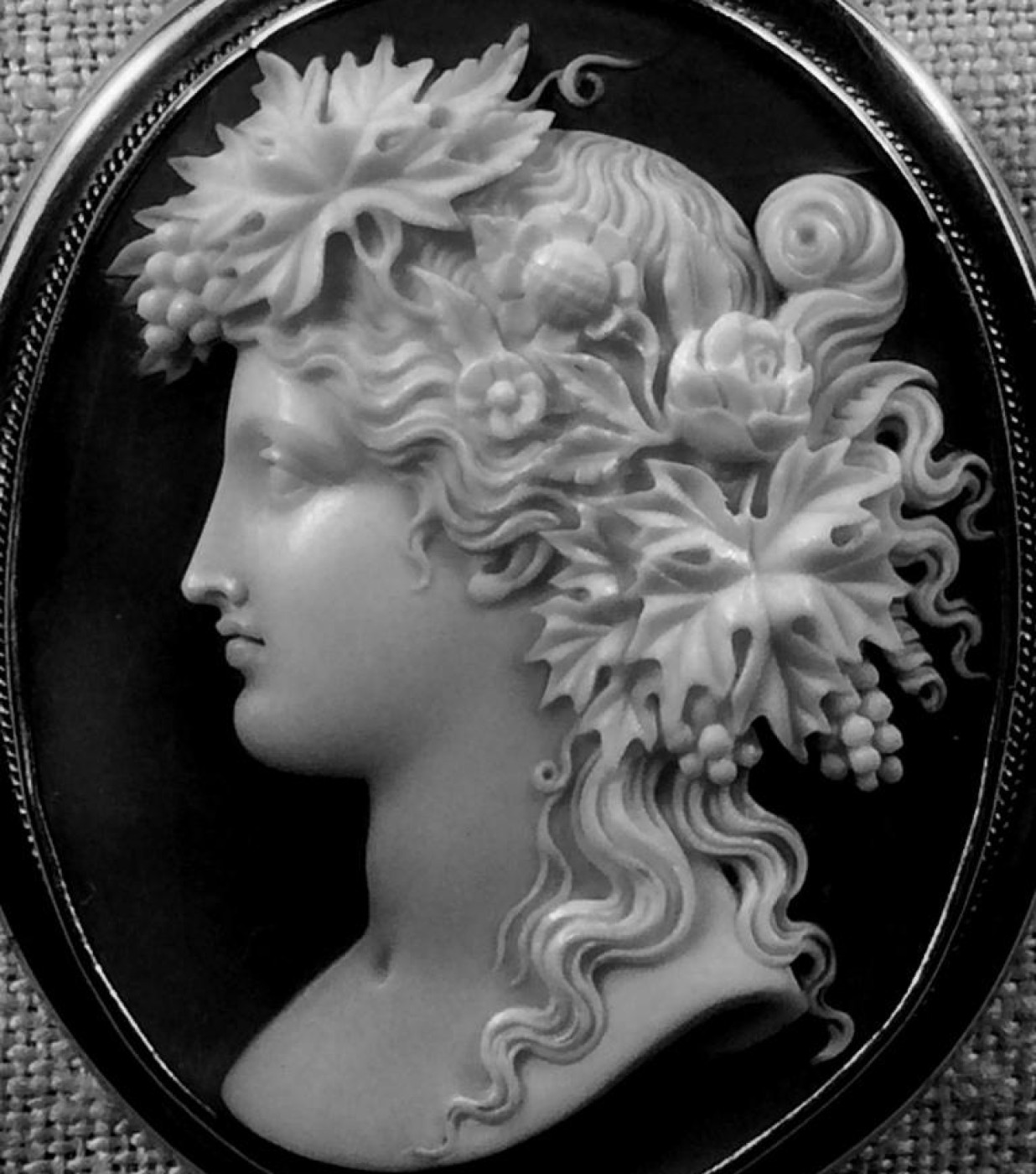 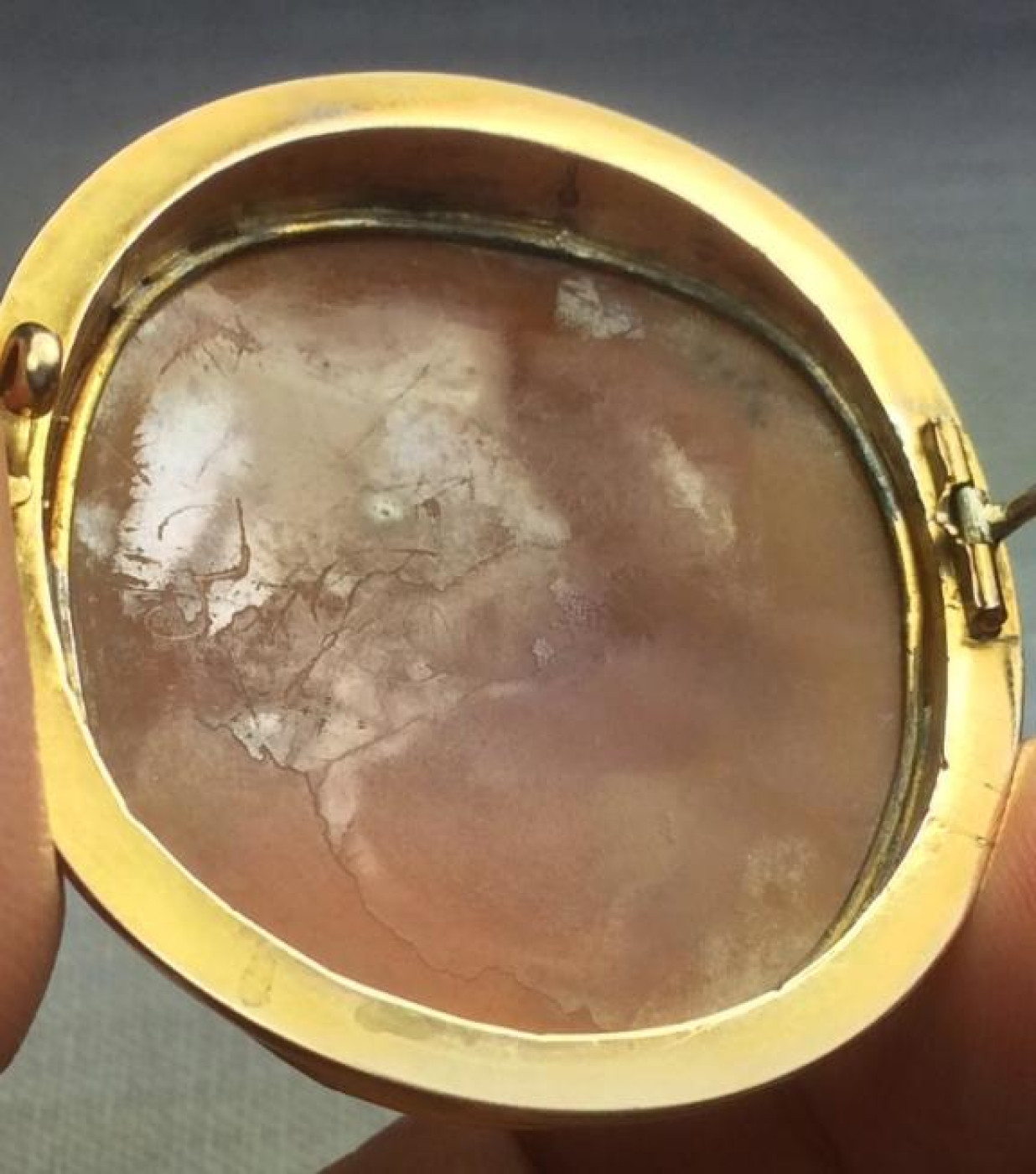 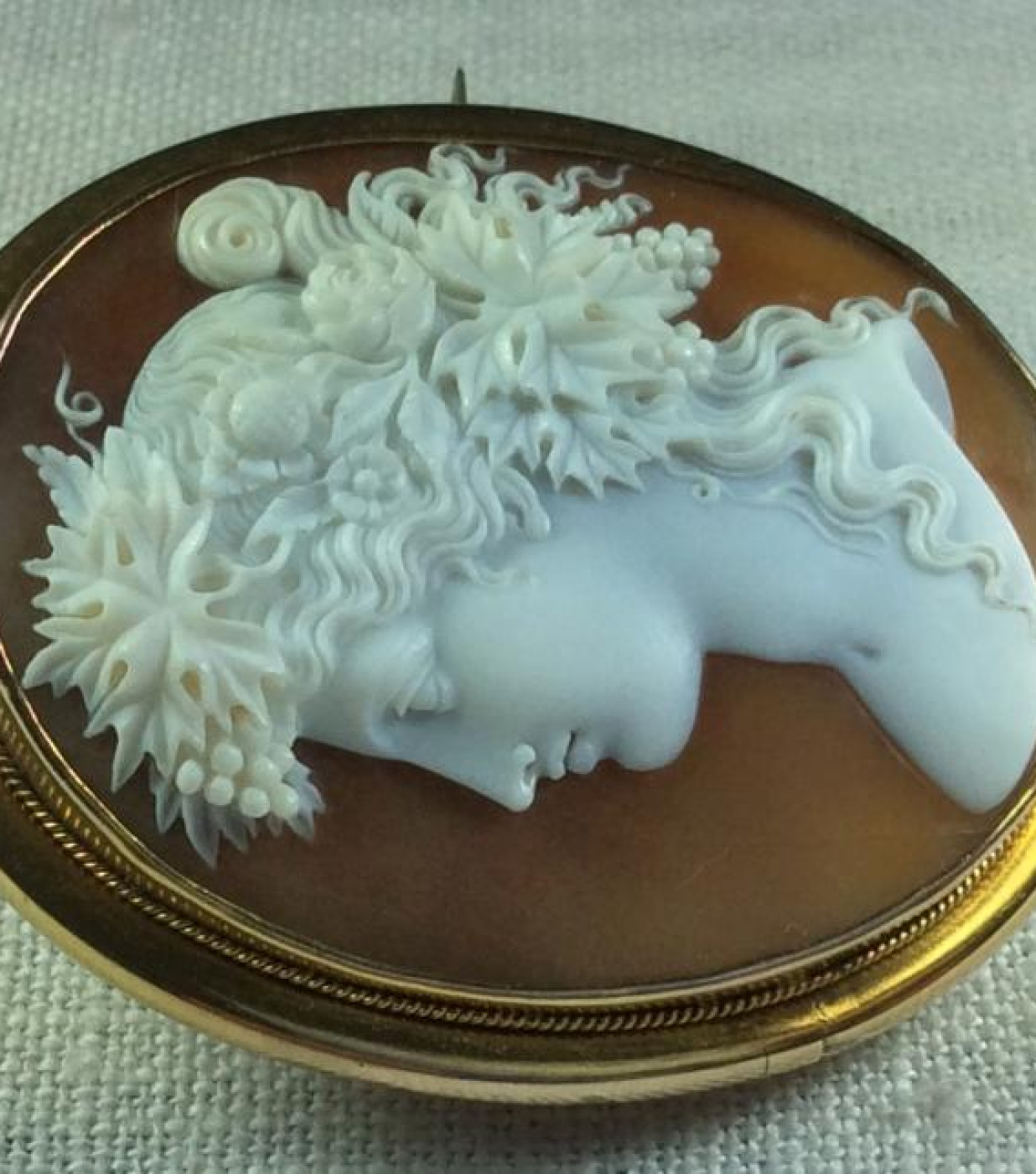 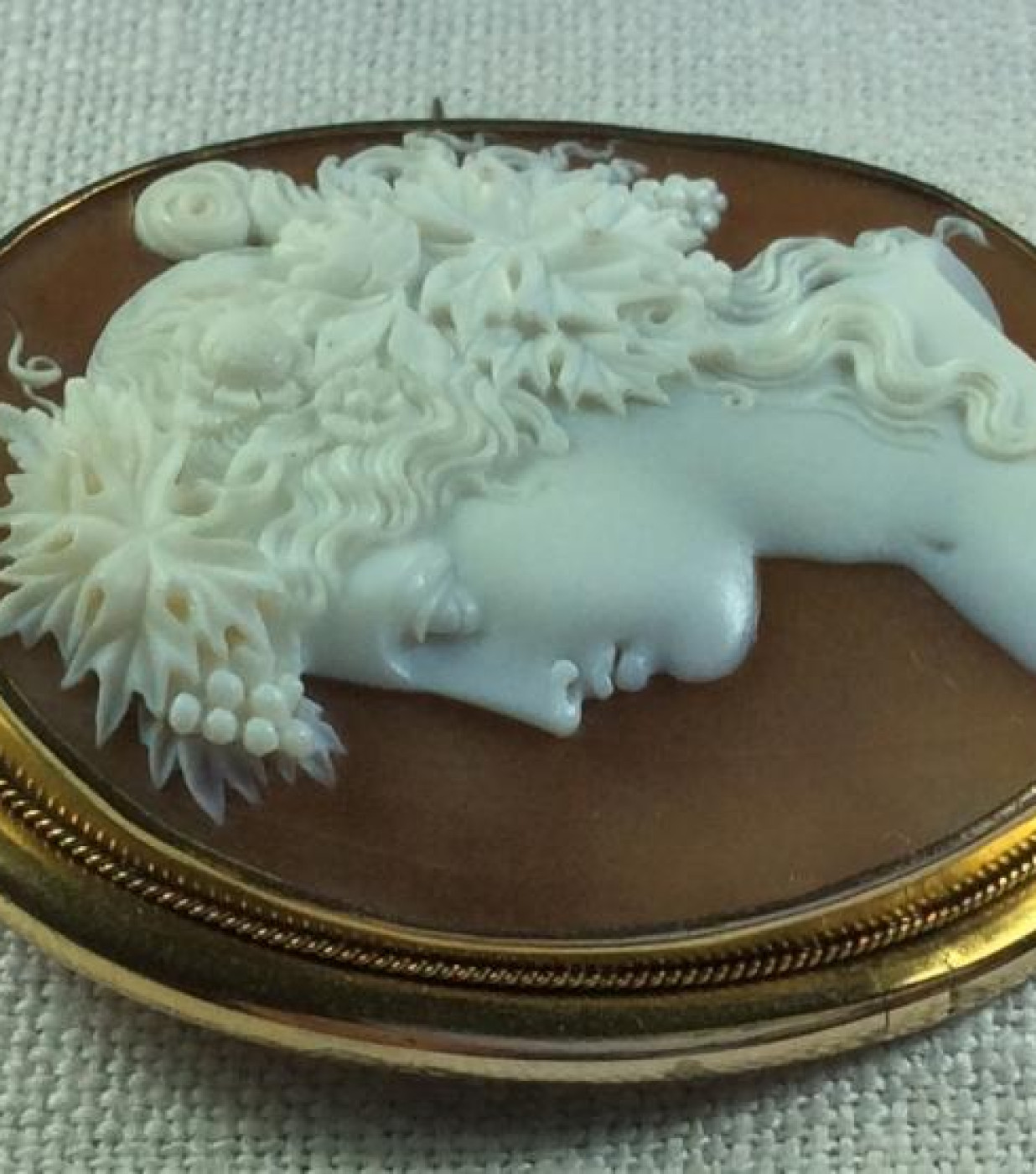 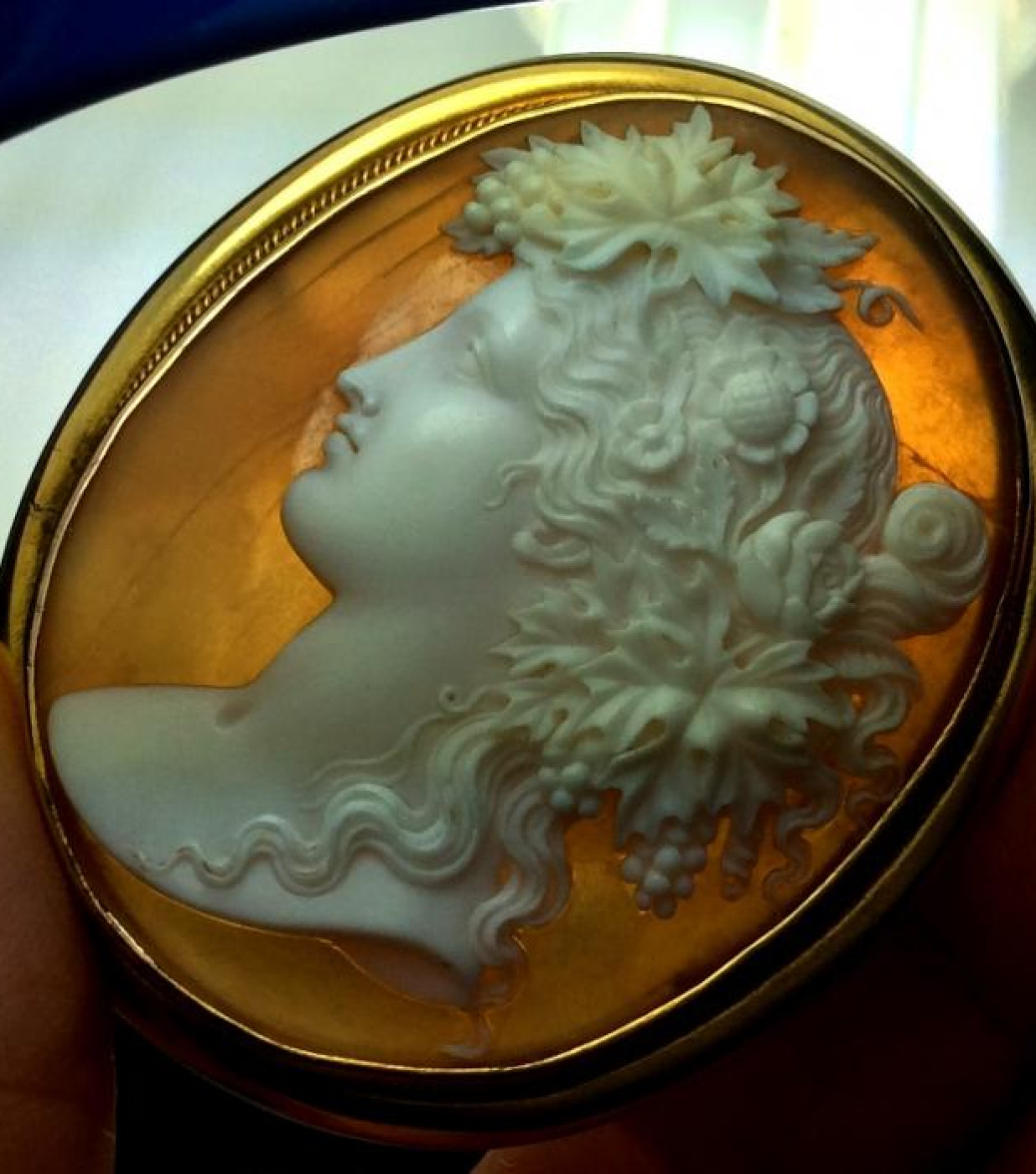 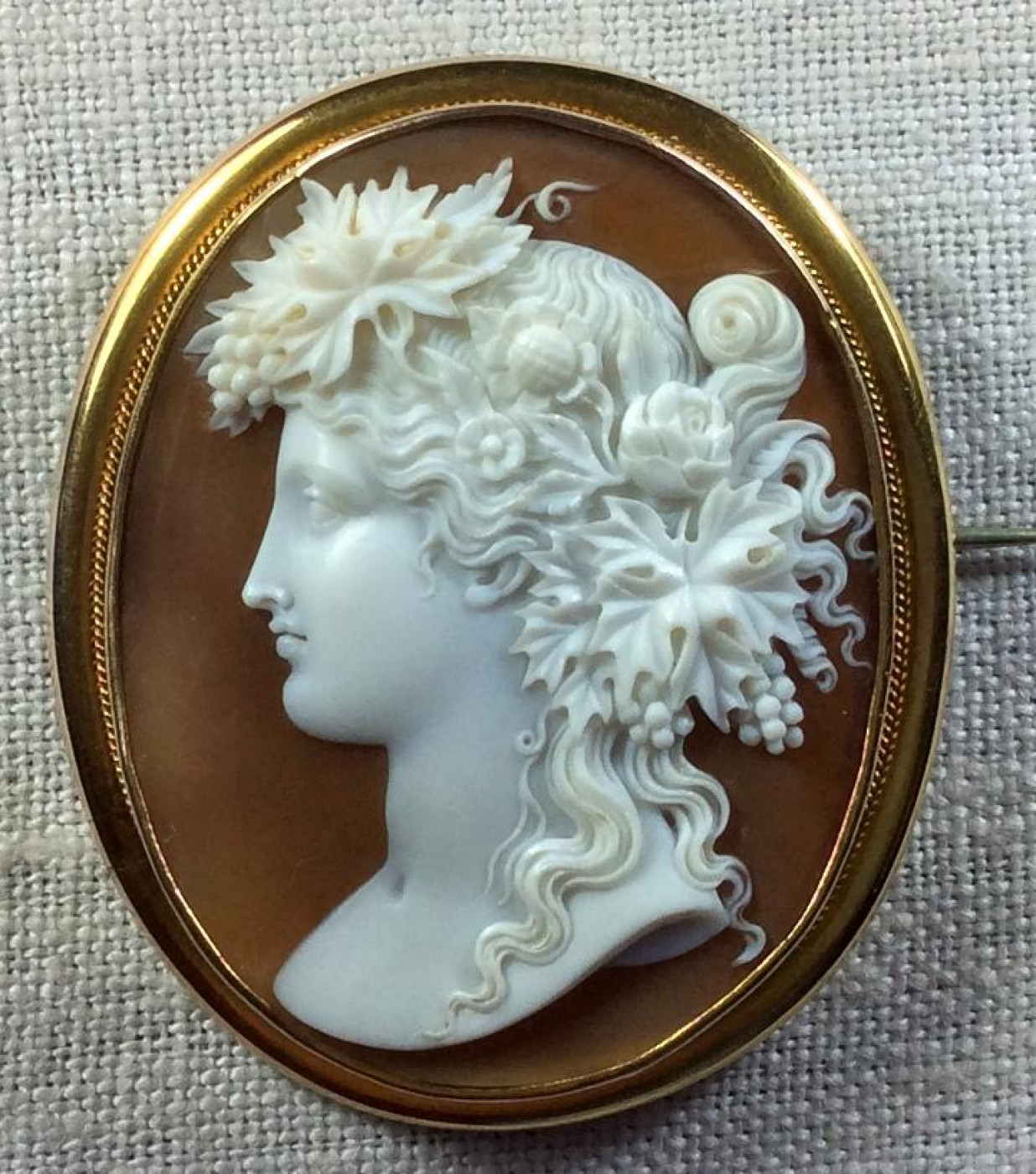 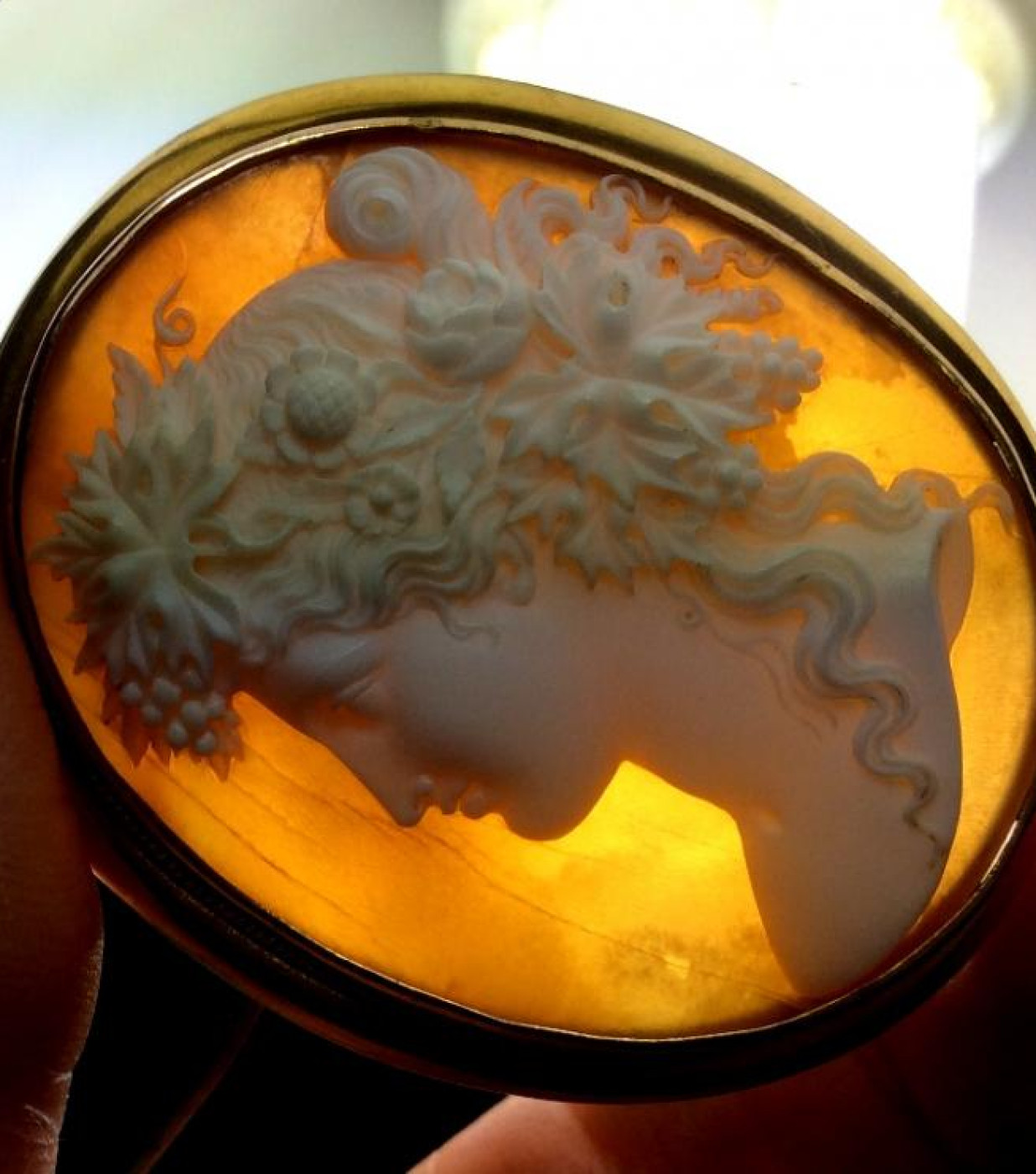 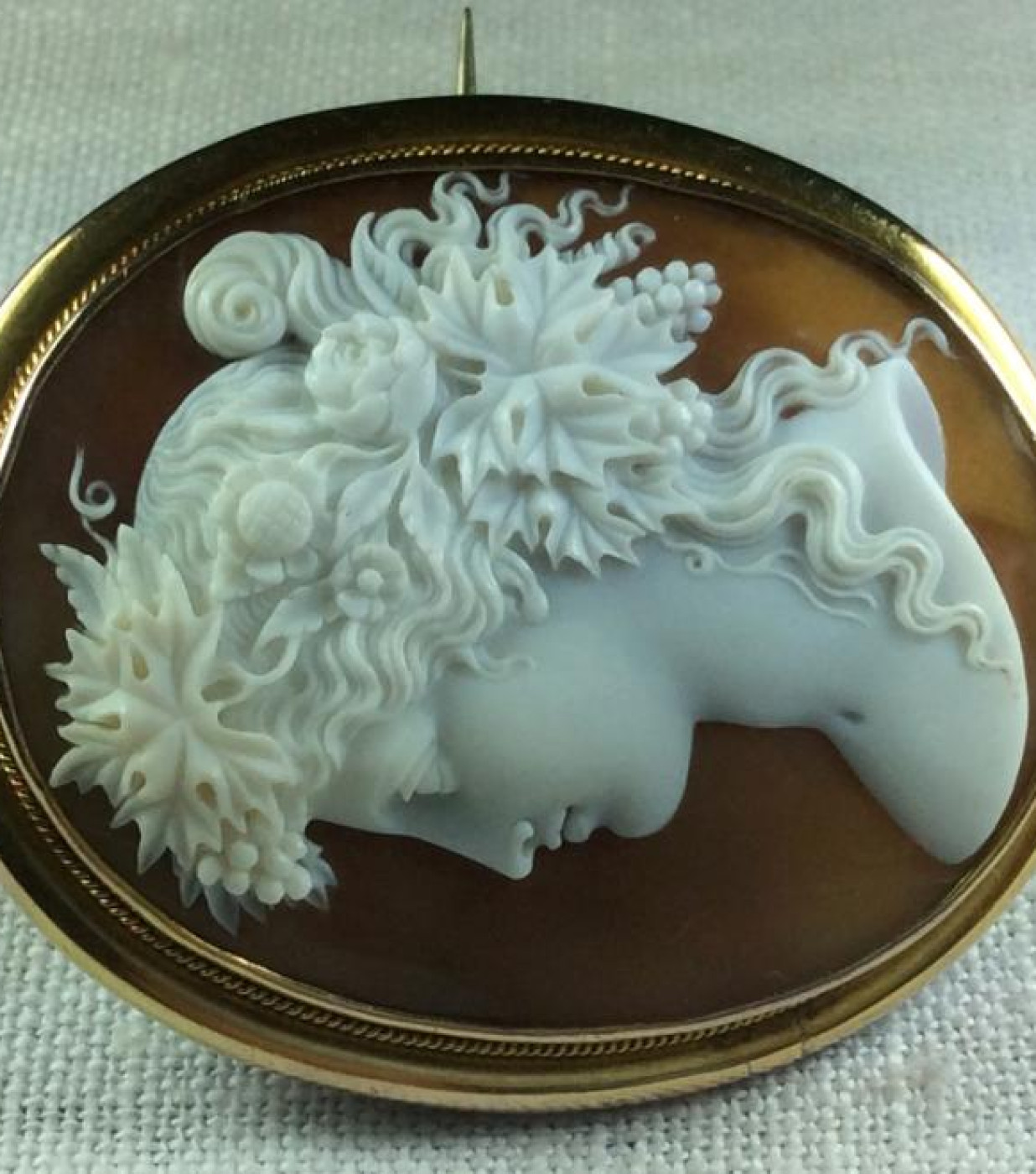 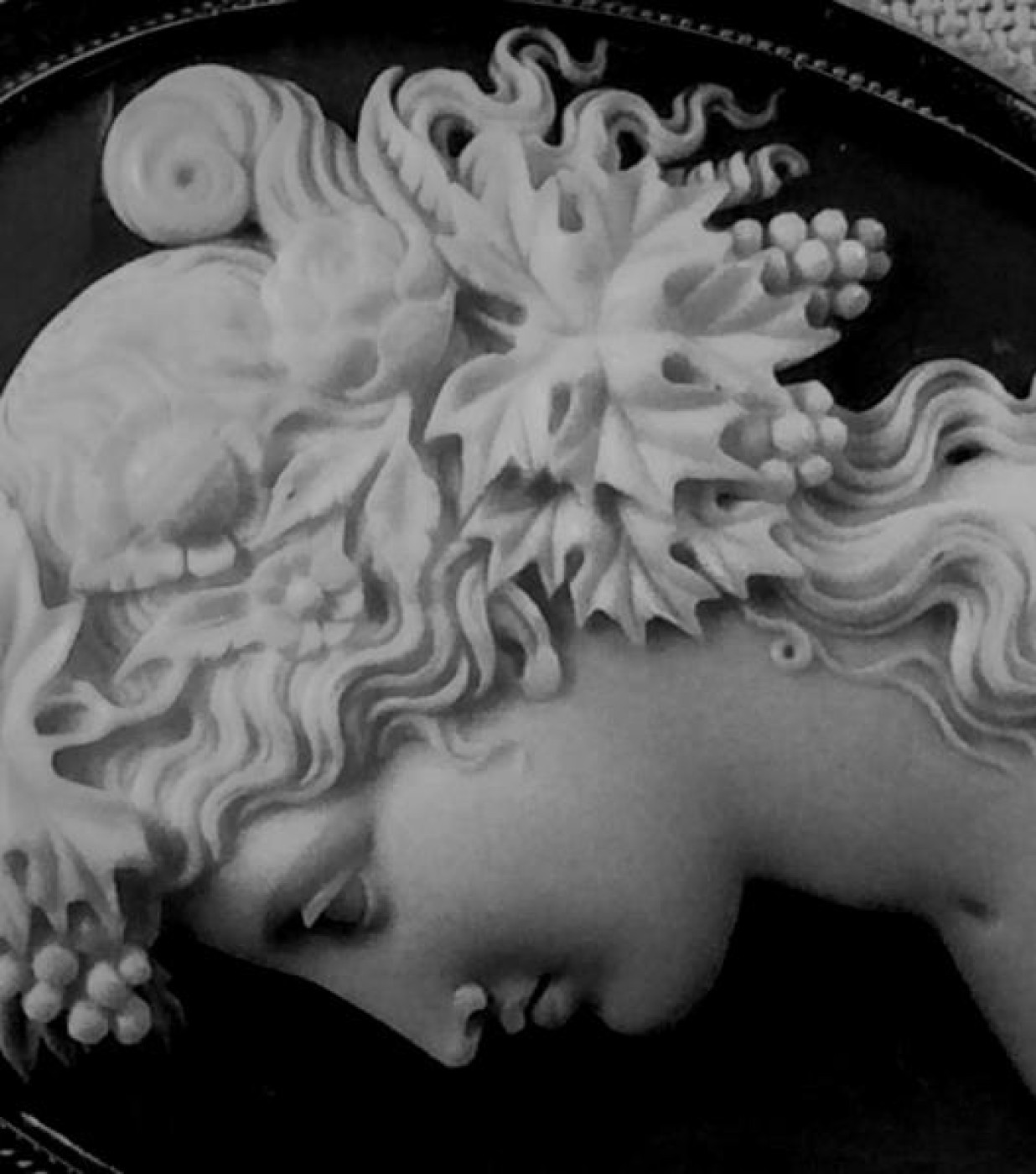 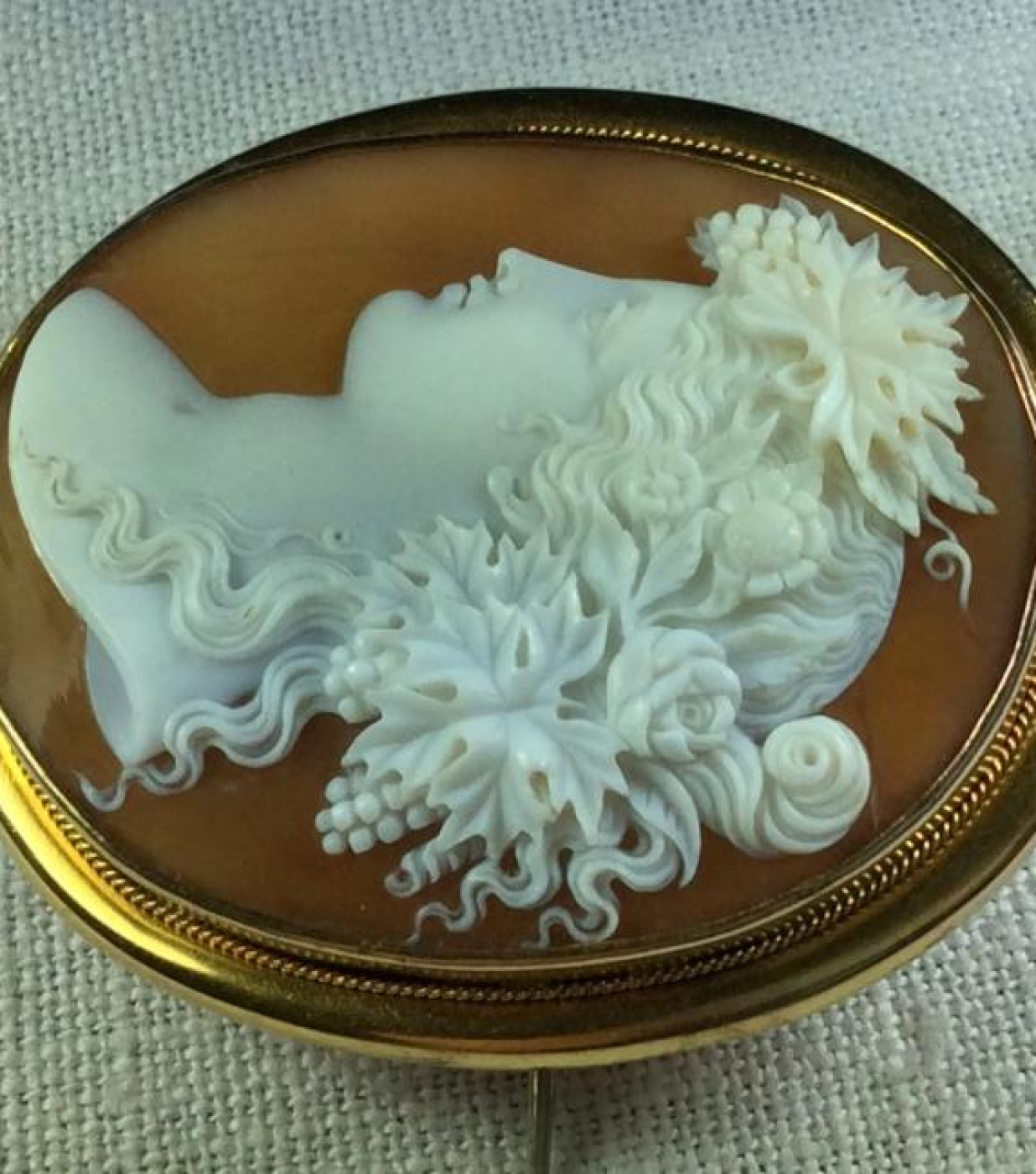 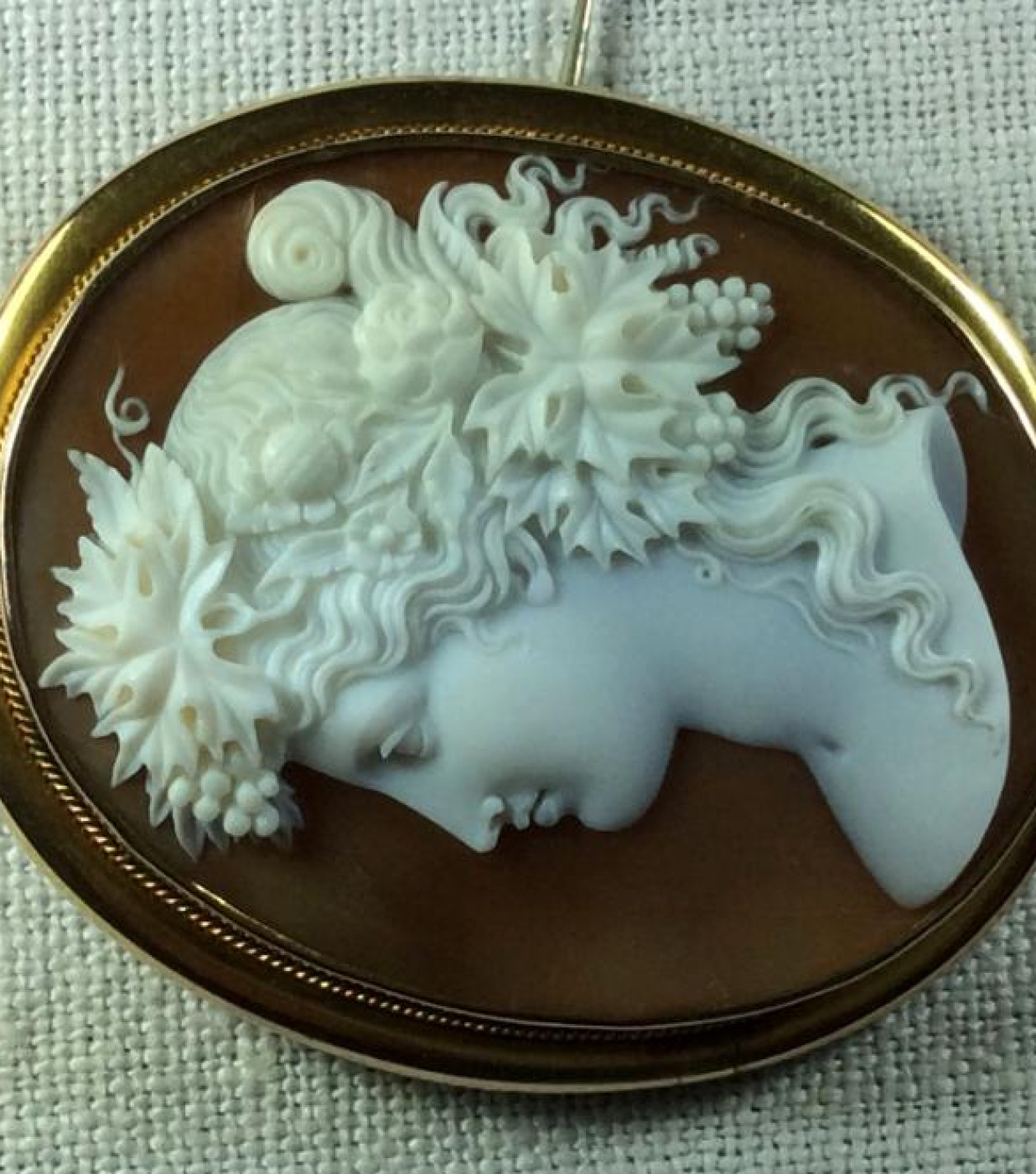 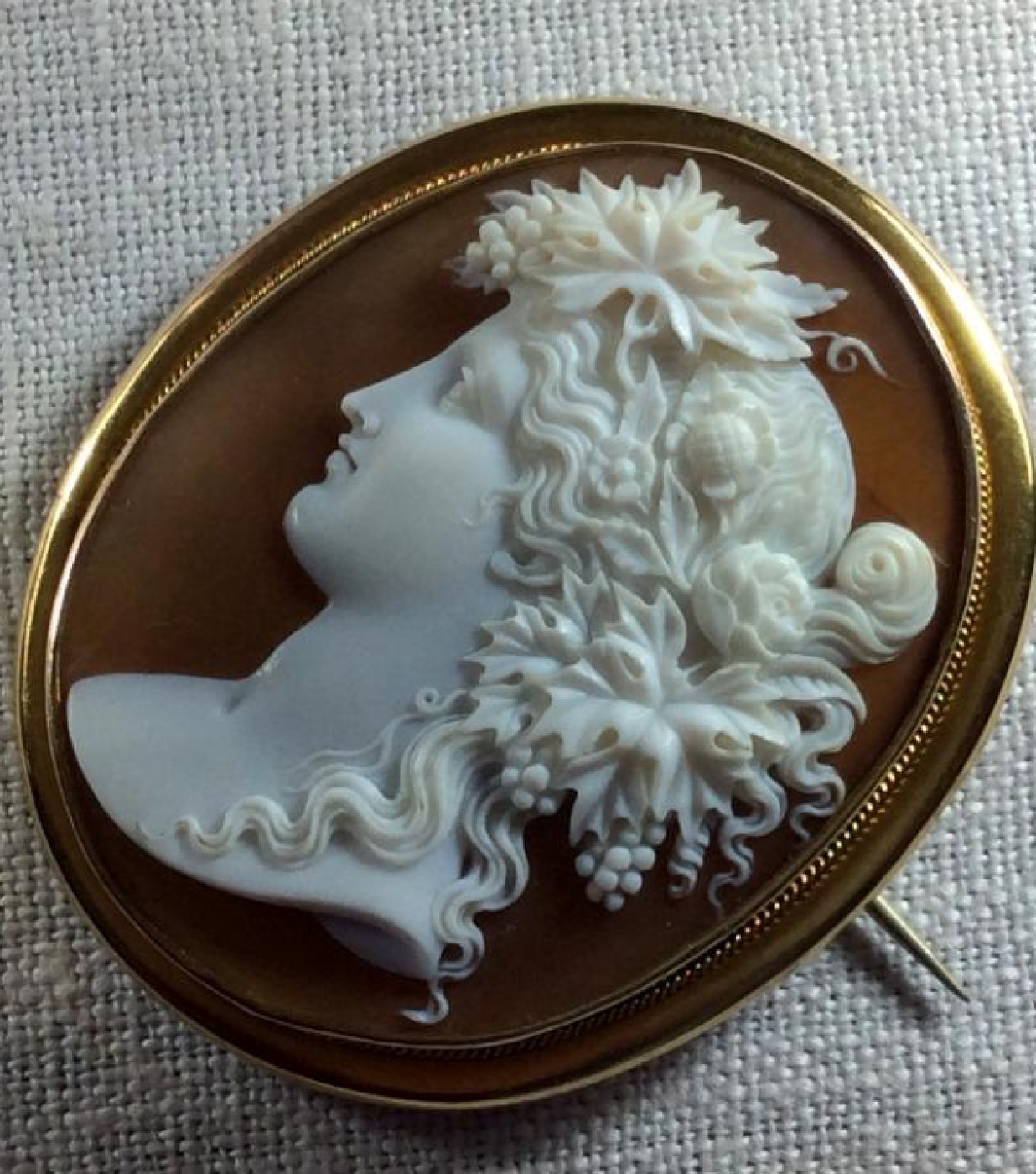 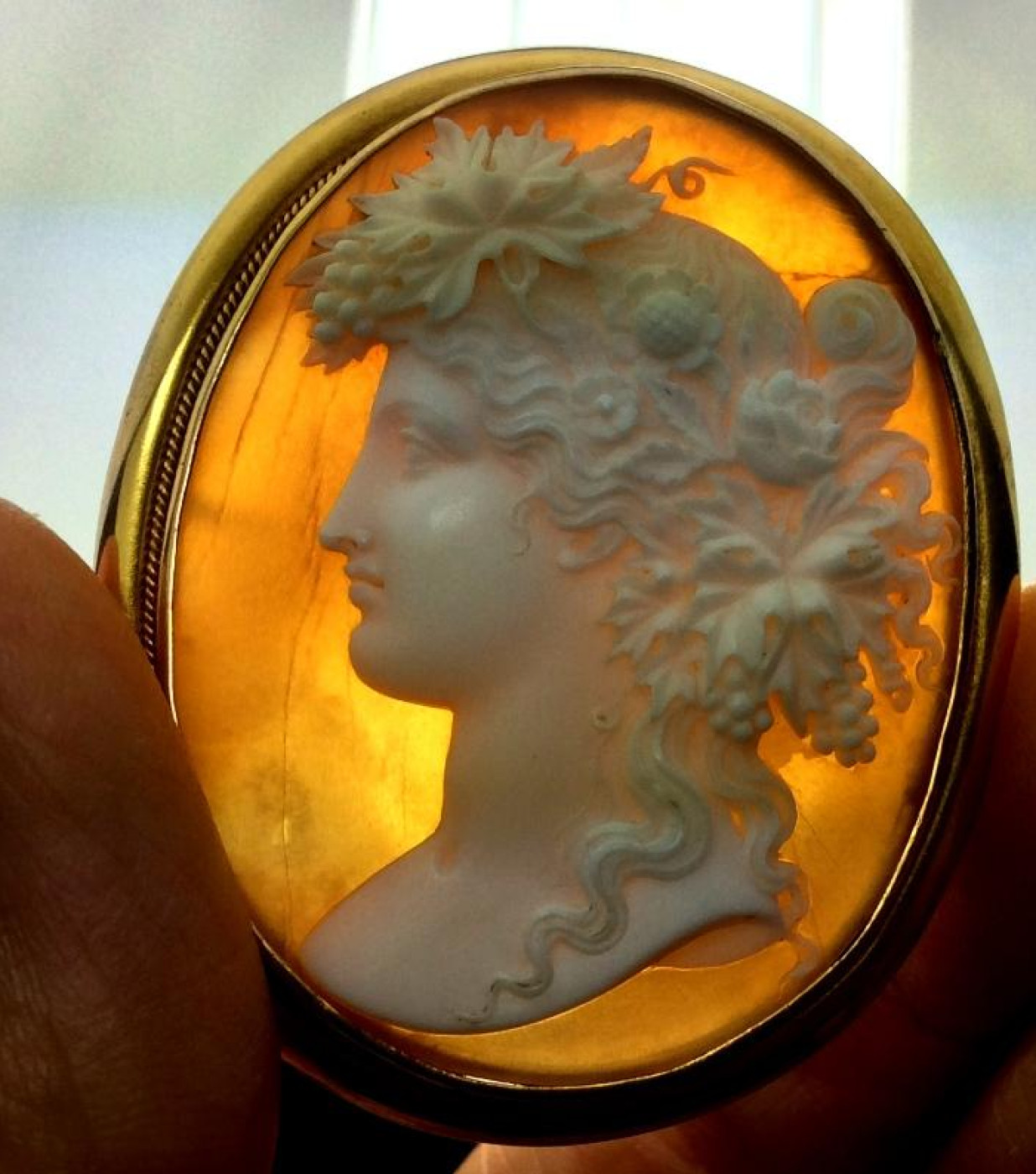 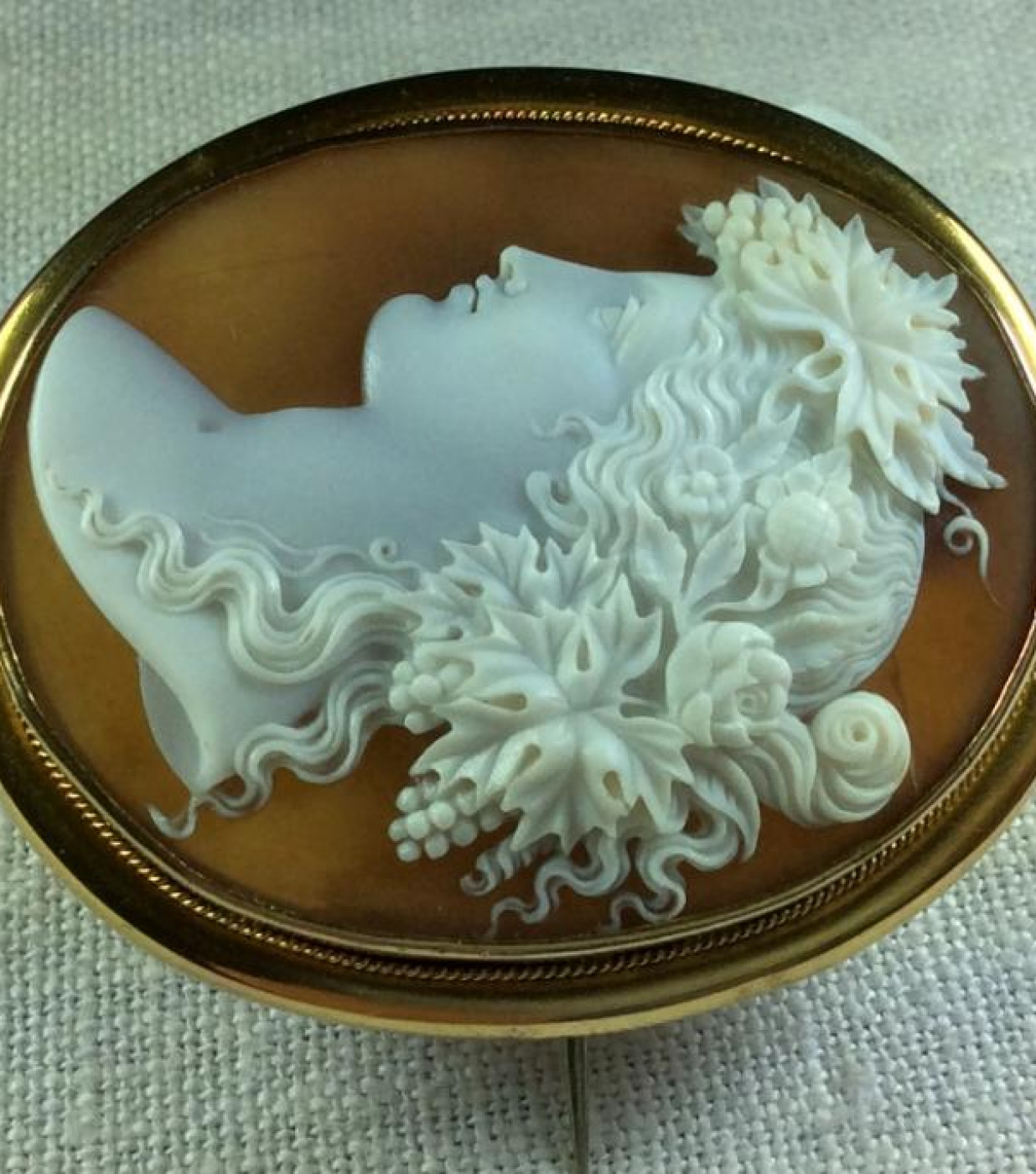 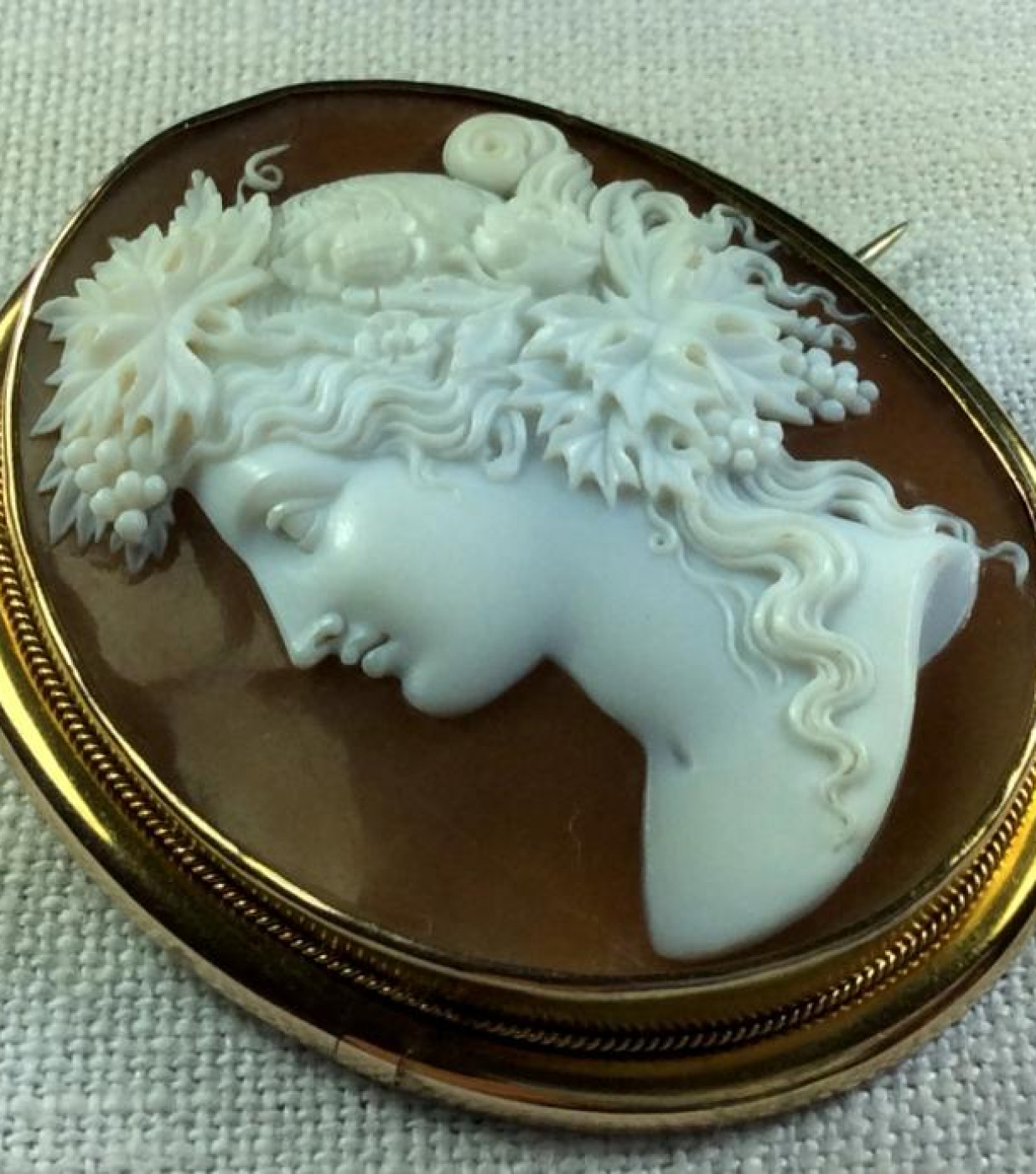 Museum quality cameo depicting a Bacchante. This one is a spectacular cameo very finely carved, she's so feminine and full of grace. Look at how the carver used the shell to give three-dimensionality to her cheek, to the grapes and to her hair, look at how her mouth is gently curved to raise a smile, an enigmatic smile, like the one of the famous Mona Lisa. Look at how the wine leaves and grapes are carved, it just seems that you can grab them and remove them from her head! The beauty of her face, her eyes' expression and her full and sensual mouth, the perfection of her nose, everything in this cameo is superbly and masterly carved, surely the work of a great artist. This is an unusual depiction of the subject because, other than grapes and fruiting vines, a rose, a daisy and another small flower crown her head, only once I have had another Bacchante cameo who showed even flowers on her hair. No other words are necessary to speak about her beauty, I'm speechless looking at her. A fantastic cameo to not to be missed.


In Greek mythology, maenads (Bacchantes) were the female followers of Dionysus, the most significant members of the Thiasus, the retinue of Dionysus. The maenads were also known as Bacchae or Bacchantes in Roman mythology, after the penchant of the equivalent Roman god, Bacchus, to wear a fox-skin. Their name literally translates as "raving ones". Often the maenads were portrayed as inspired by him into a state of ecstatic frenzy, through a combination of dancing and drunken intoxication. In this state, they would lose all self-control, begin shouting excitedly, engage in uncontrolled sexual behavior, and ritualistically hunt down and tear animals (and sometimes men and children) to pieces, devouring the raw flesh. During these rites, the maenads would dress in fawn skins and carry a thyrsus, a long stick wrapped in ivy or vine leaves and tipped by a cluster of leaves; they would weave ivy-wreaths and fruiting vines around their heads, and often handle or wear snakes.