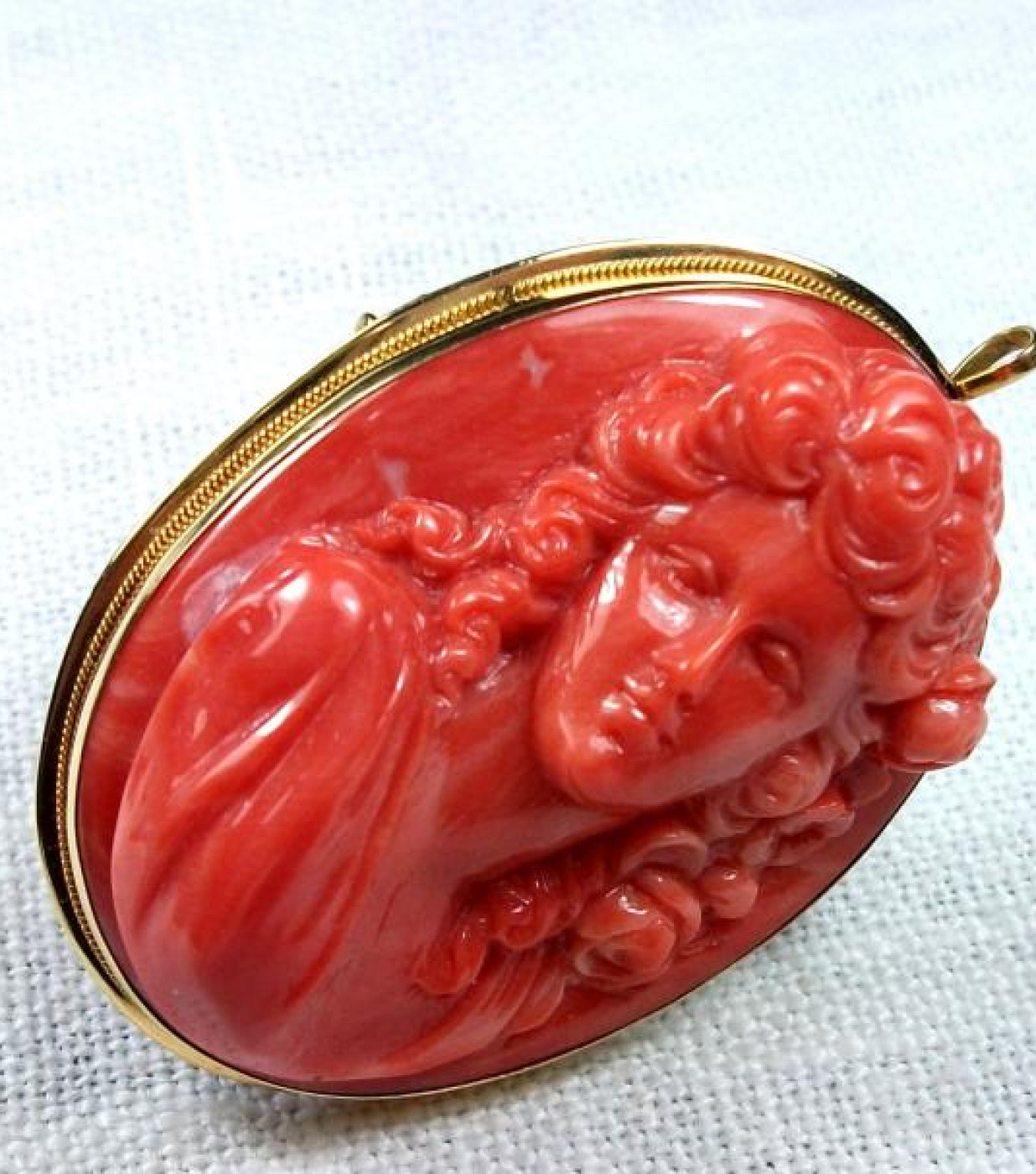 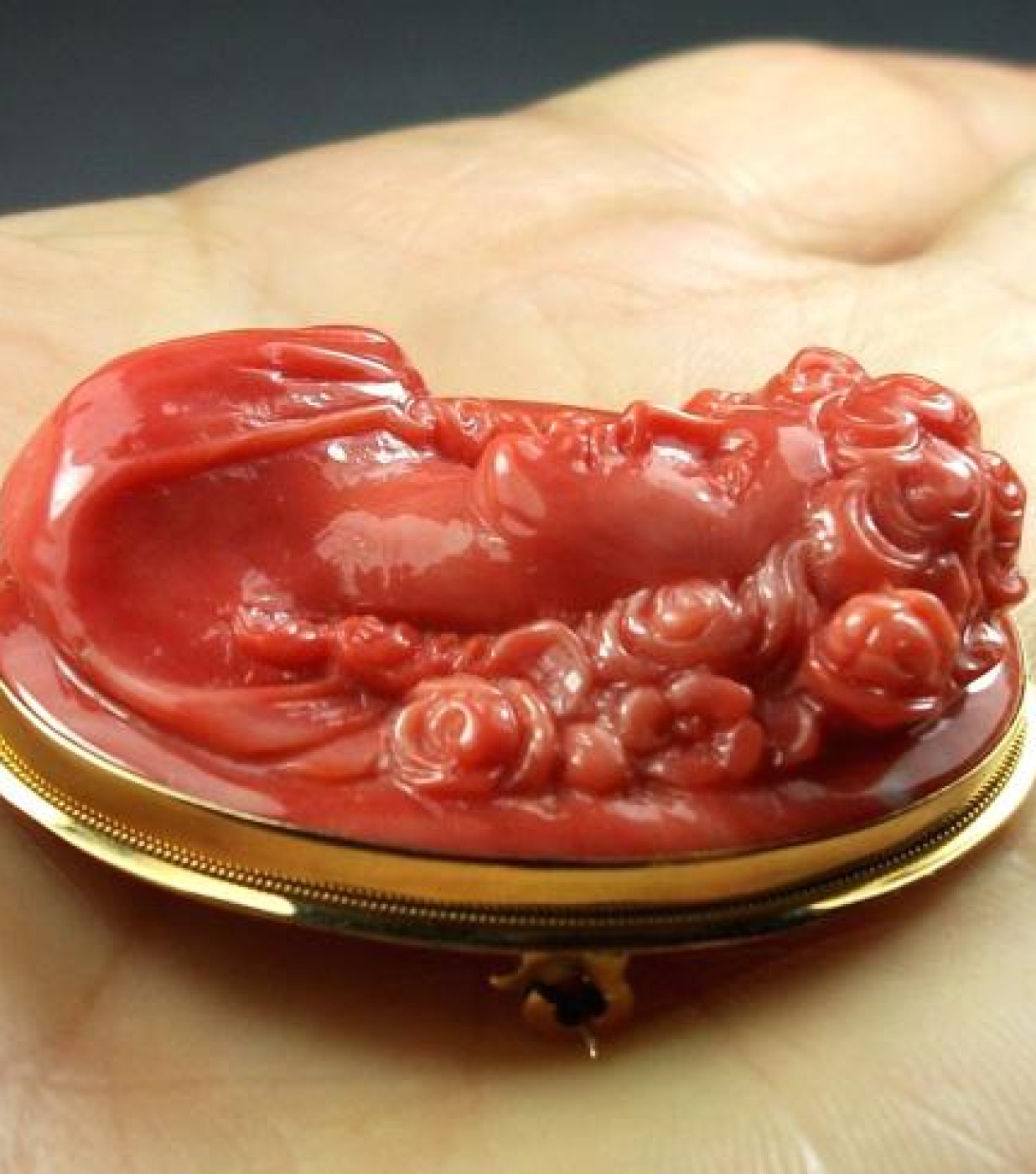 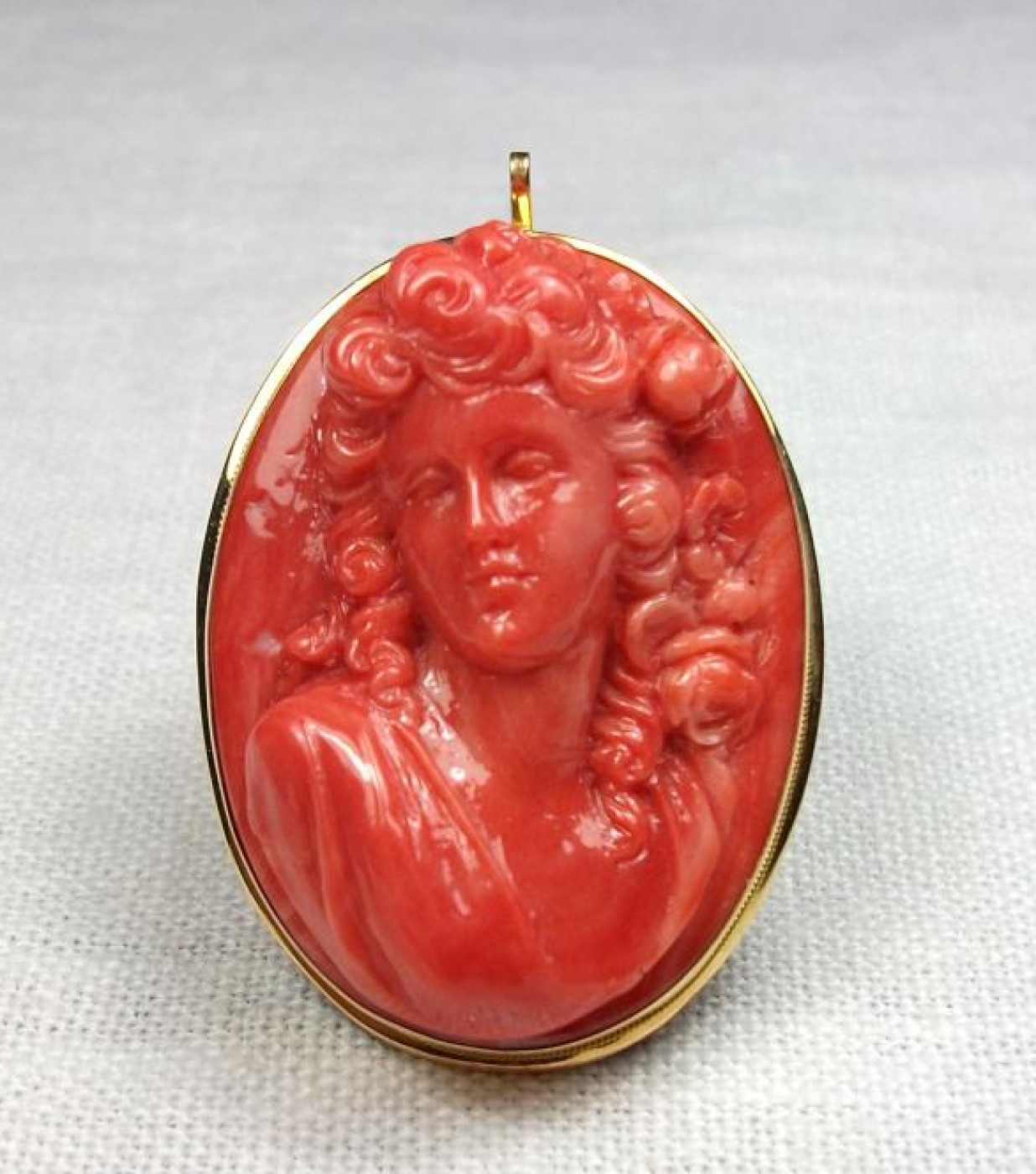 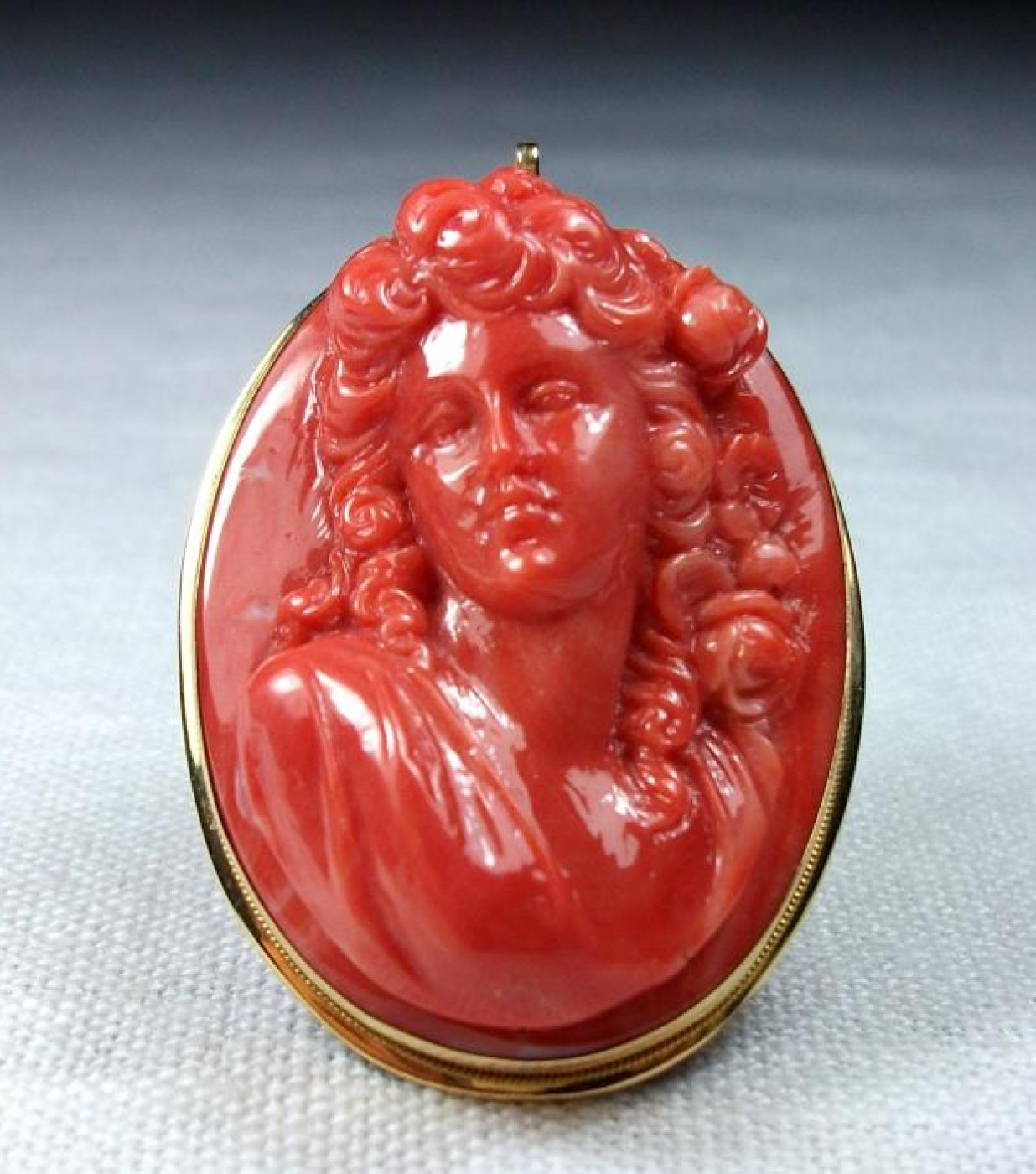 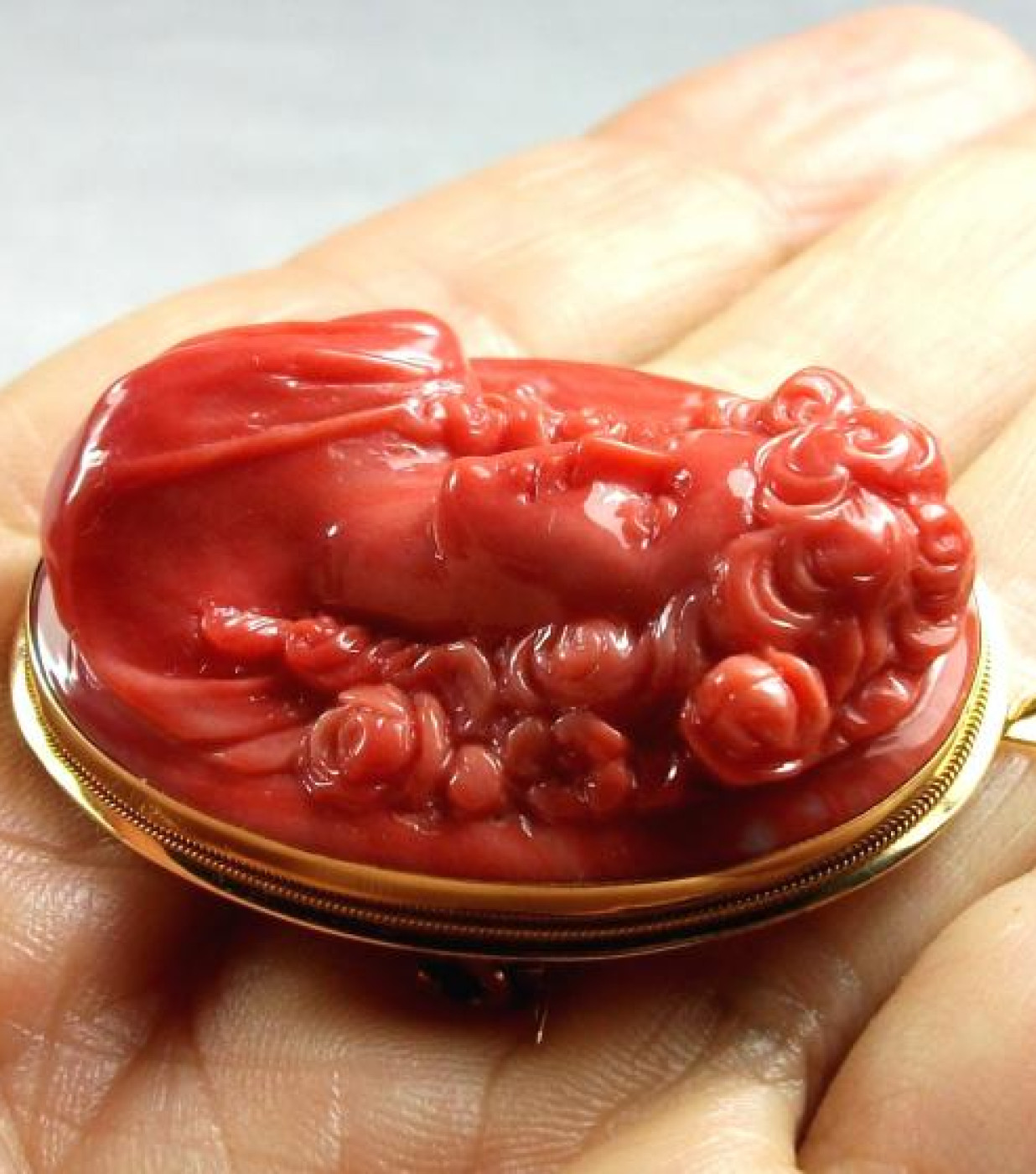 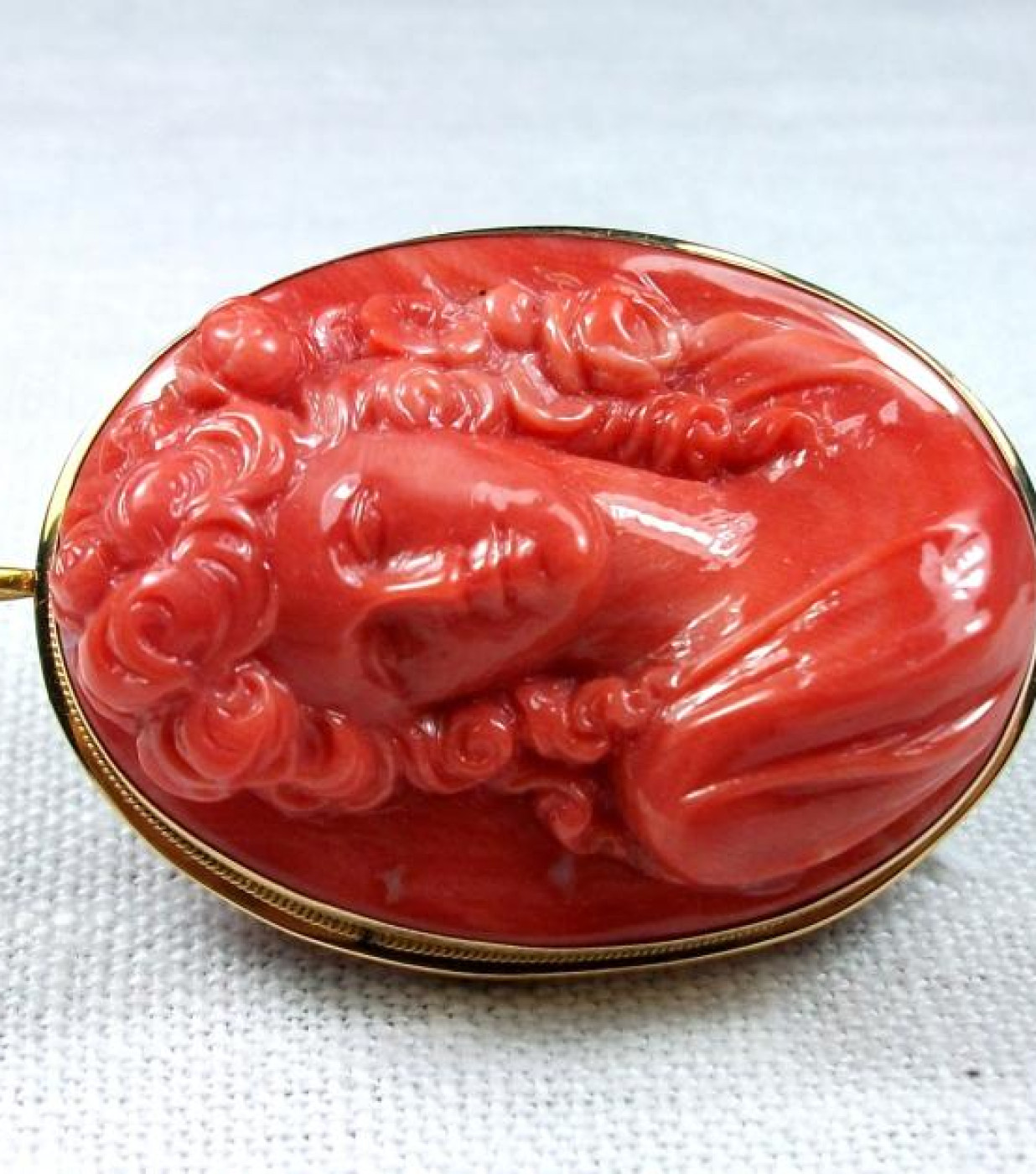 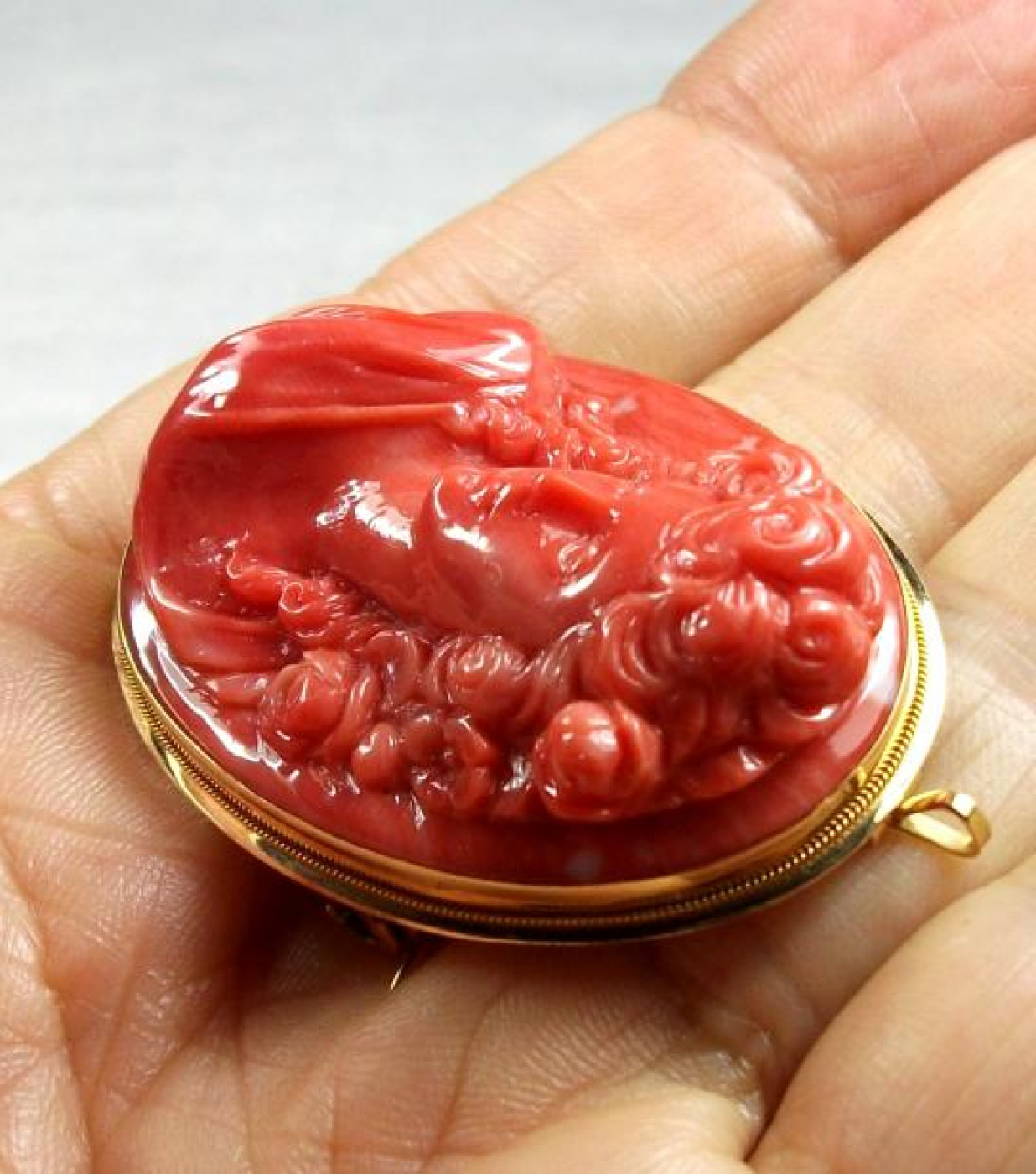 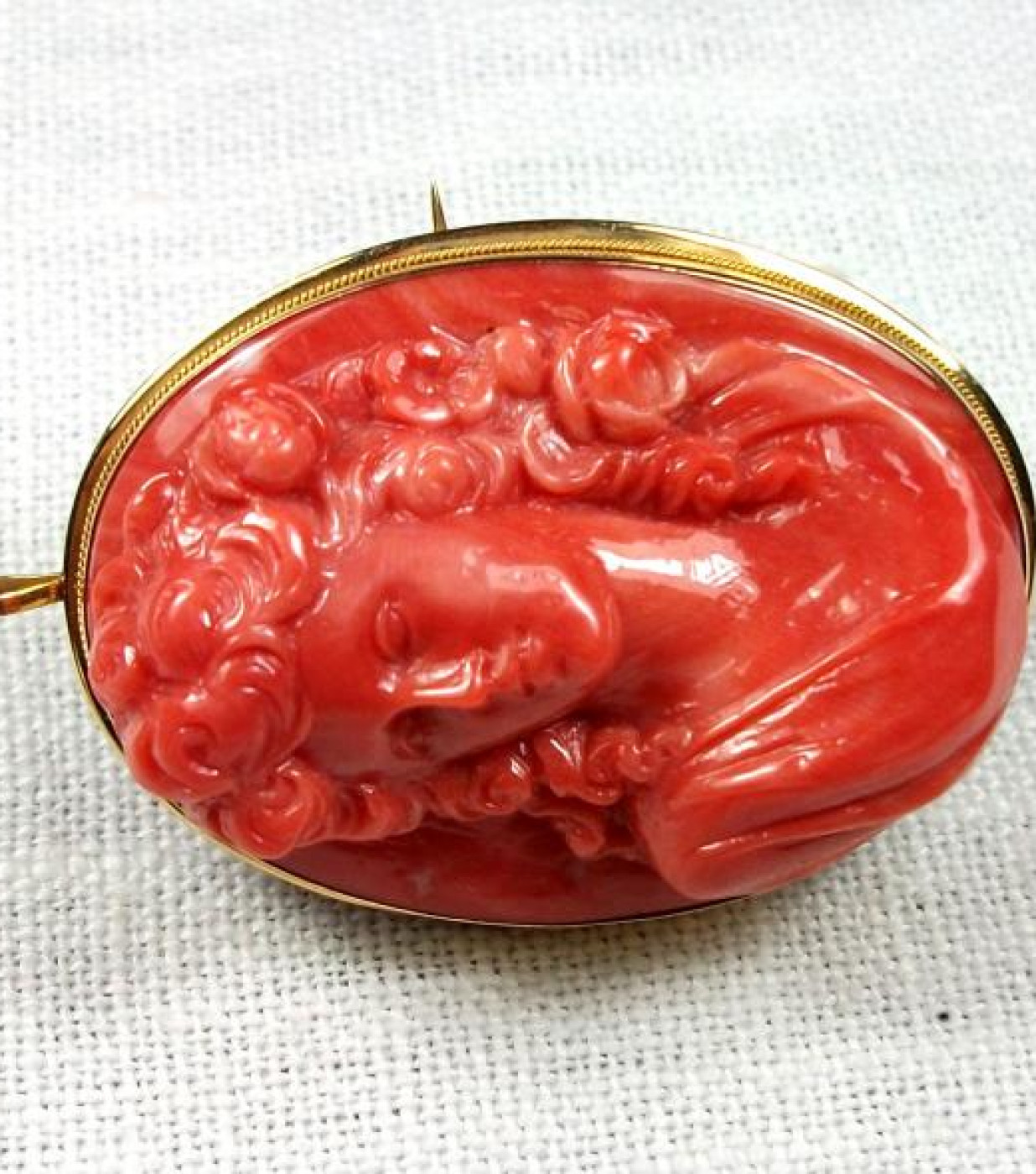 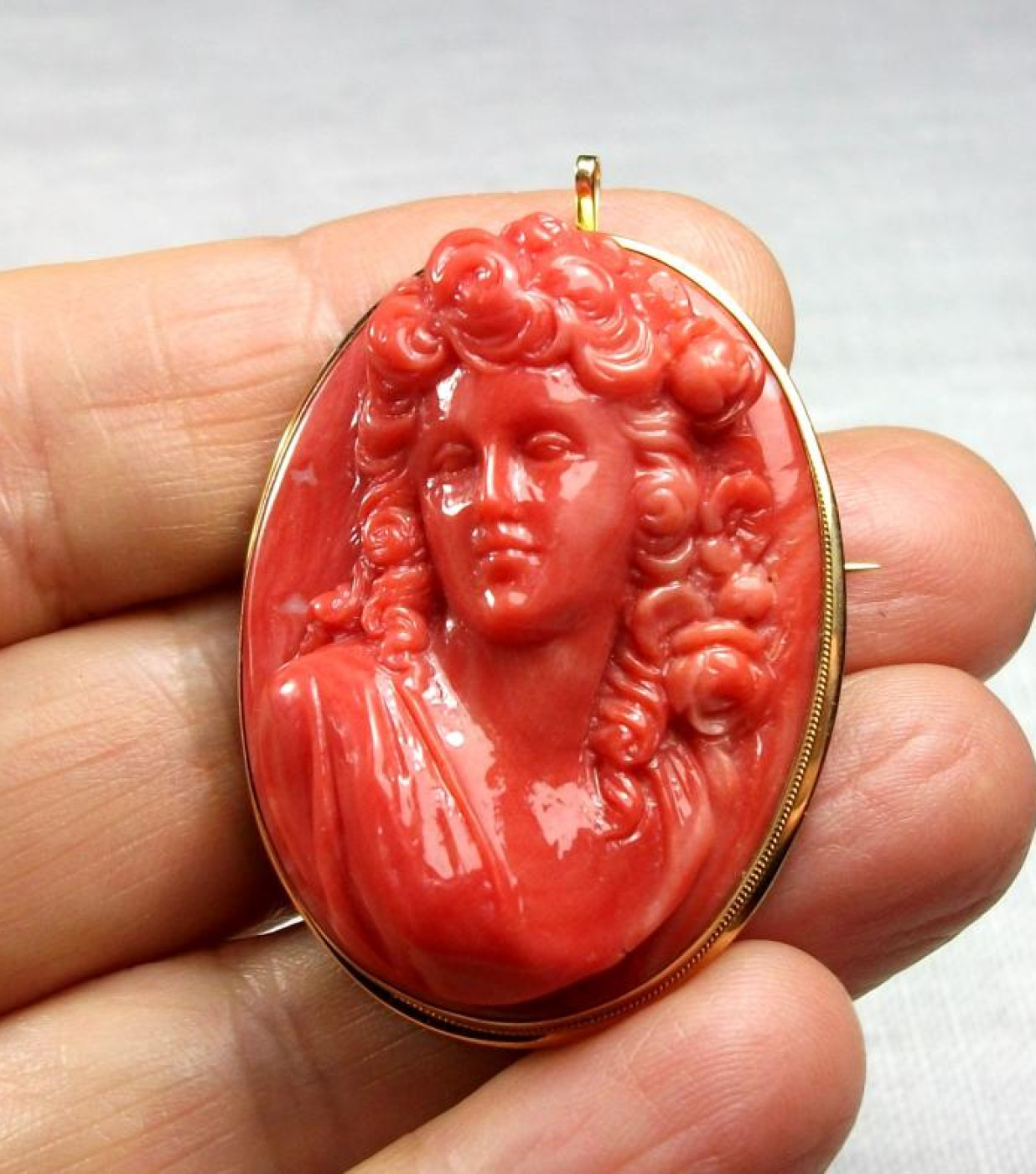 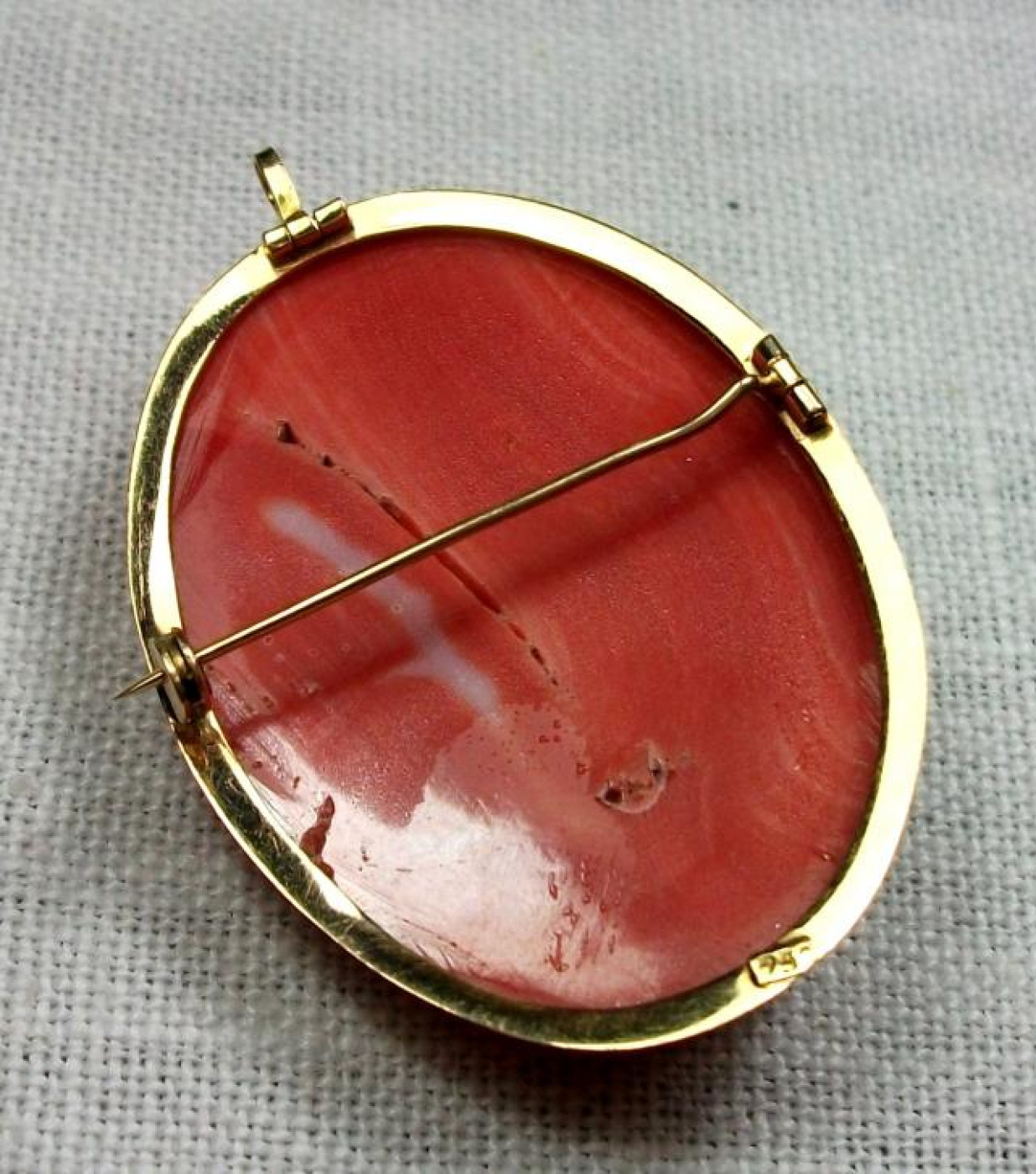 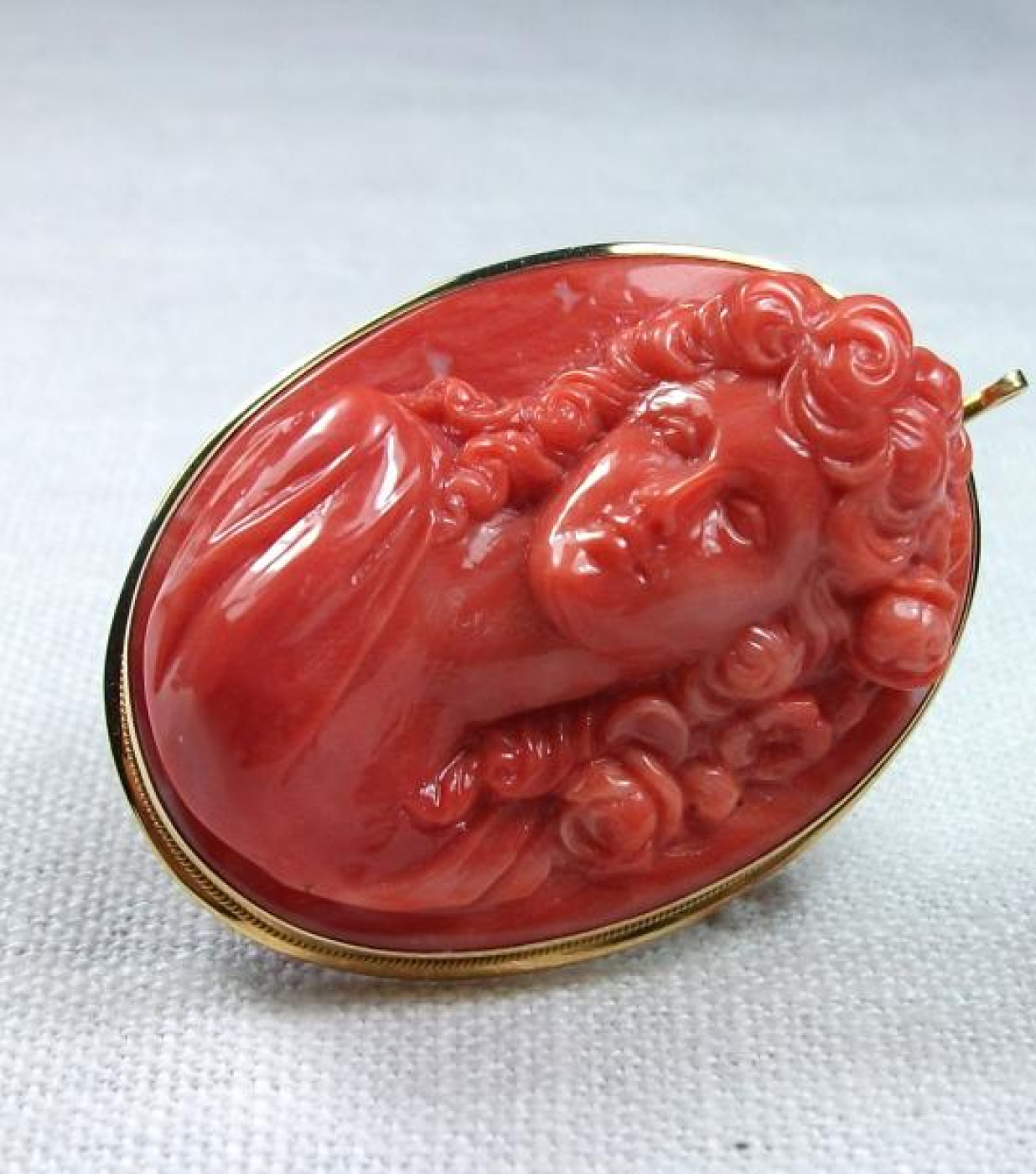 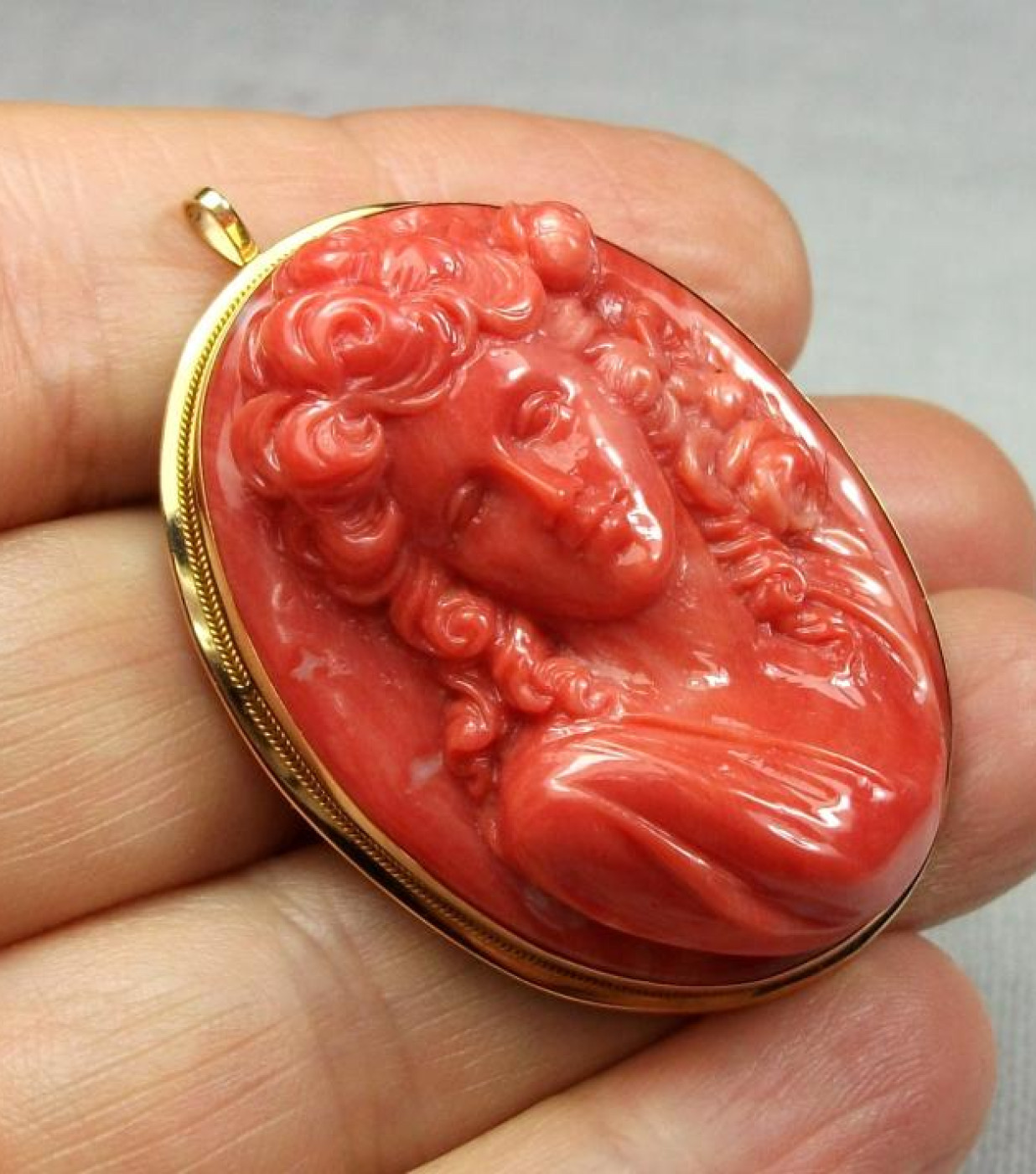 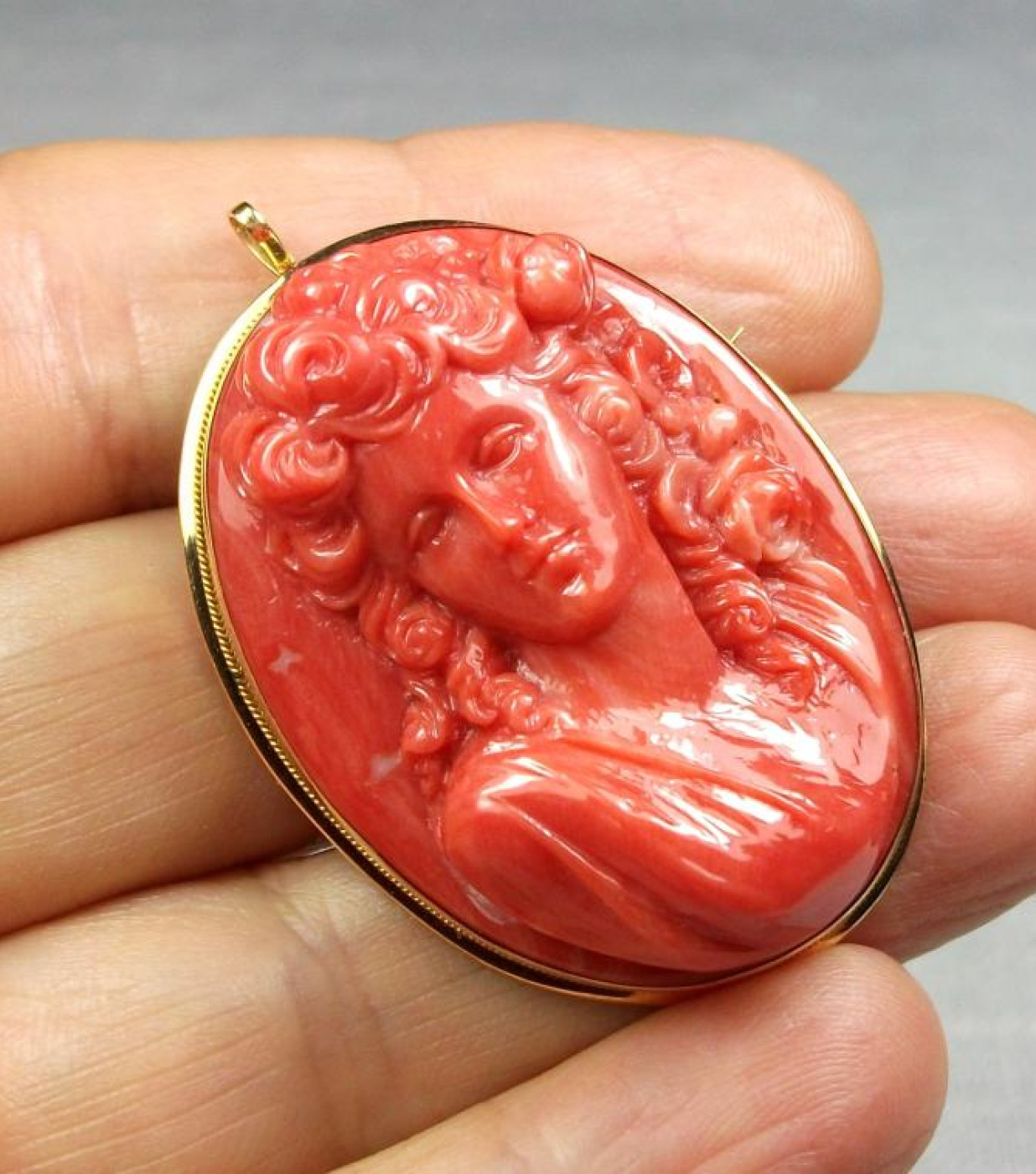 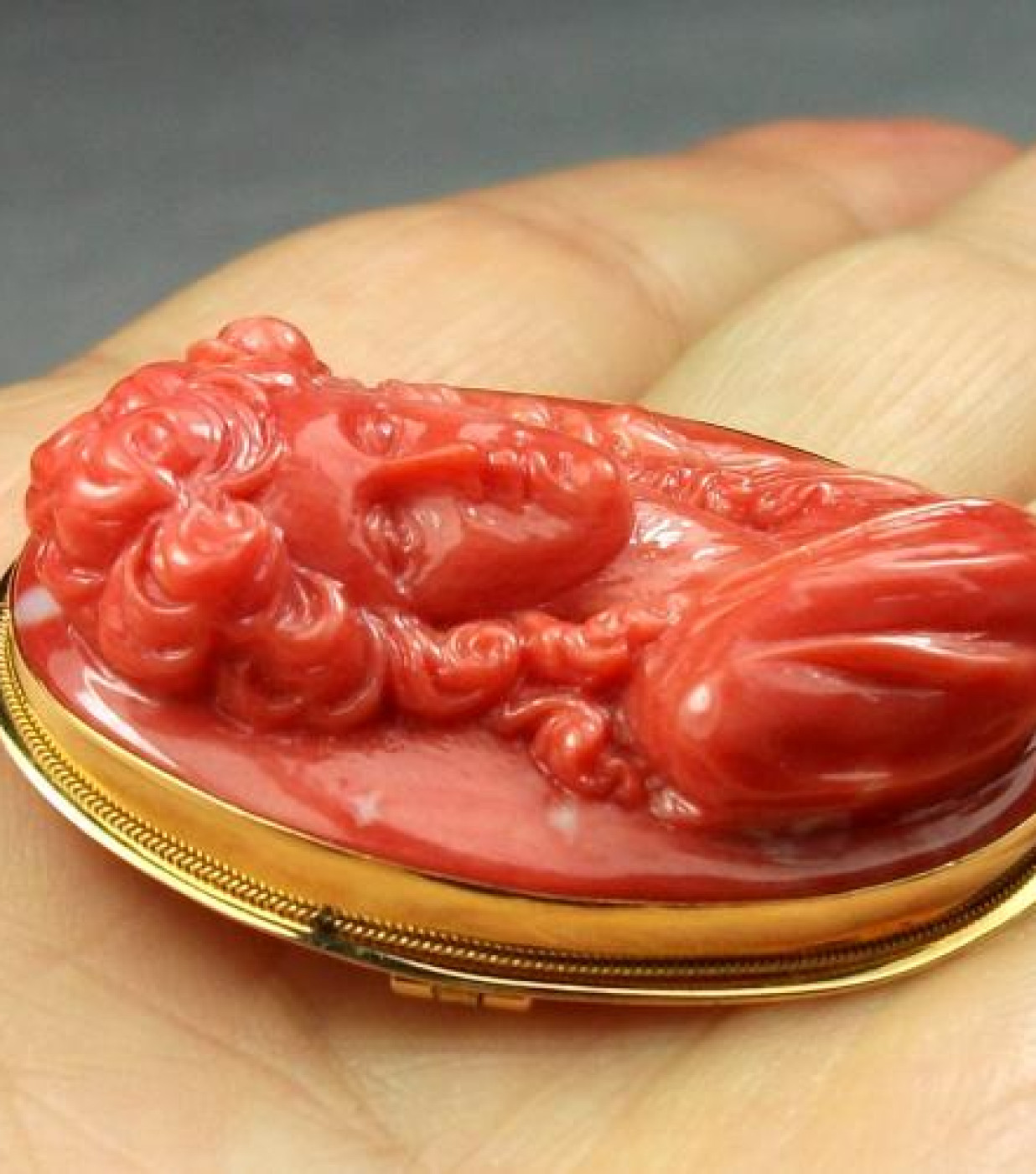 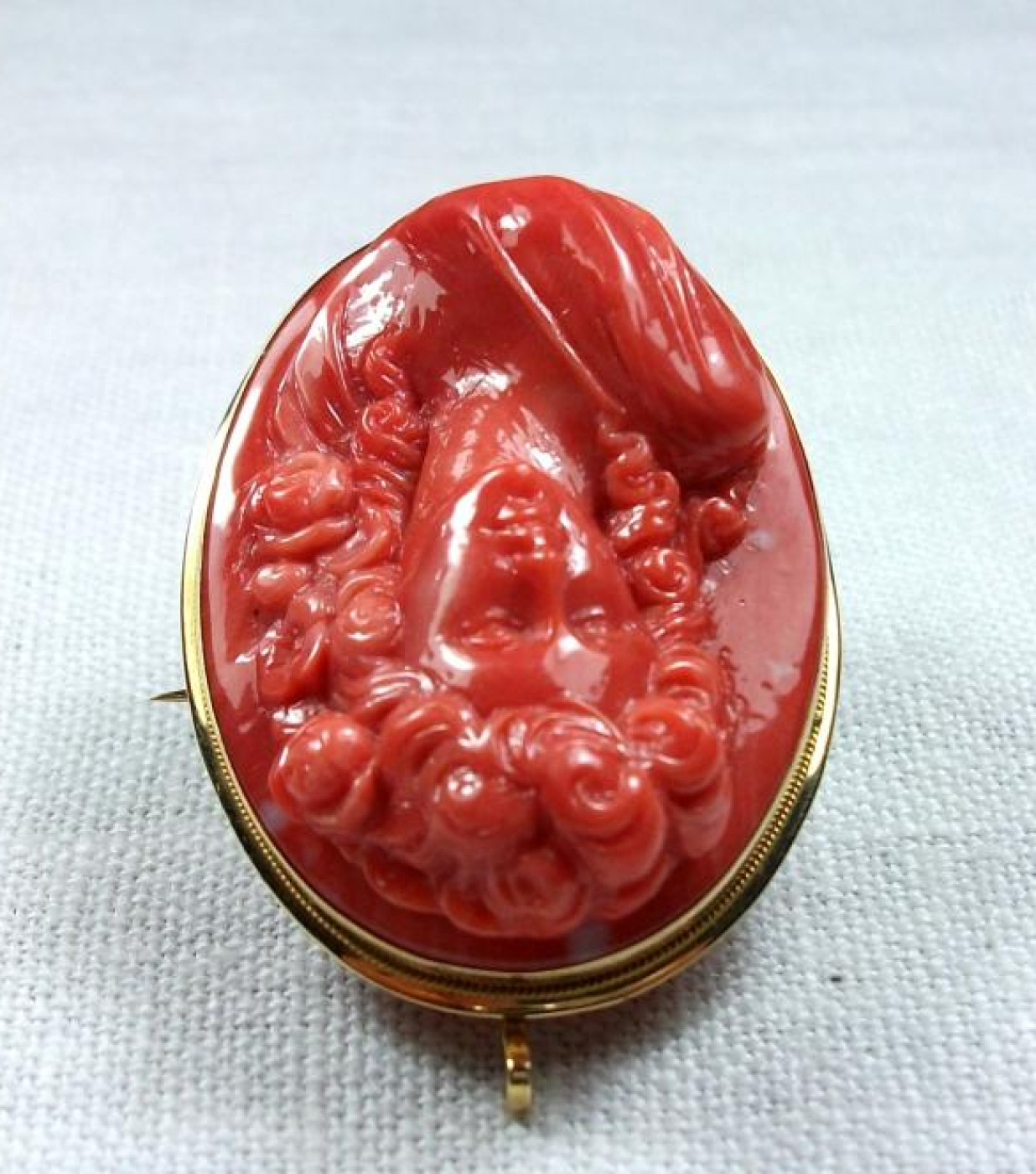 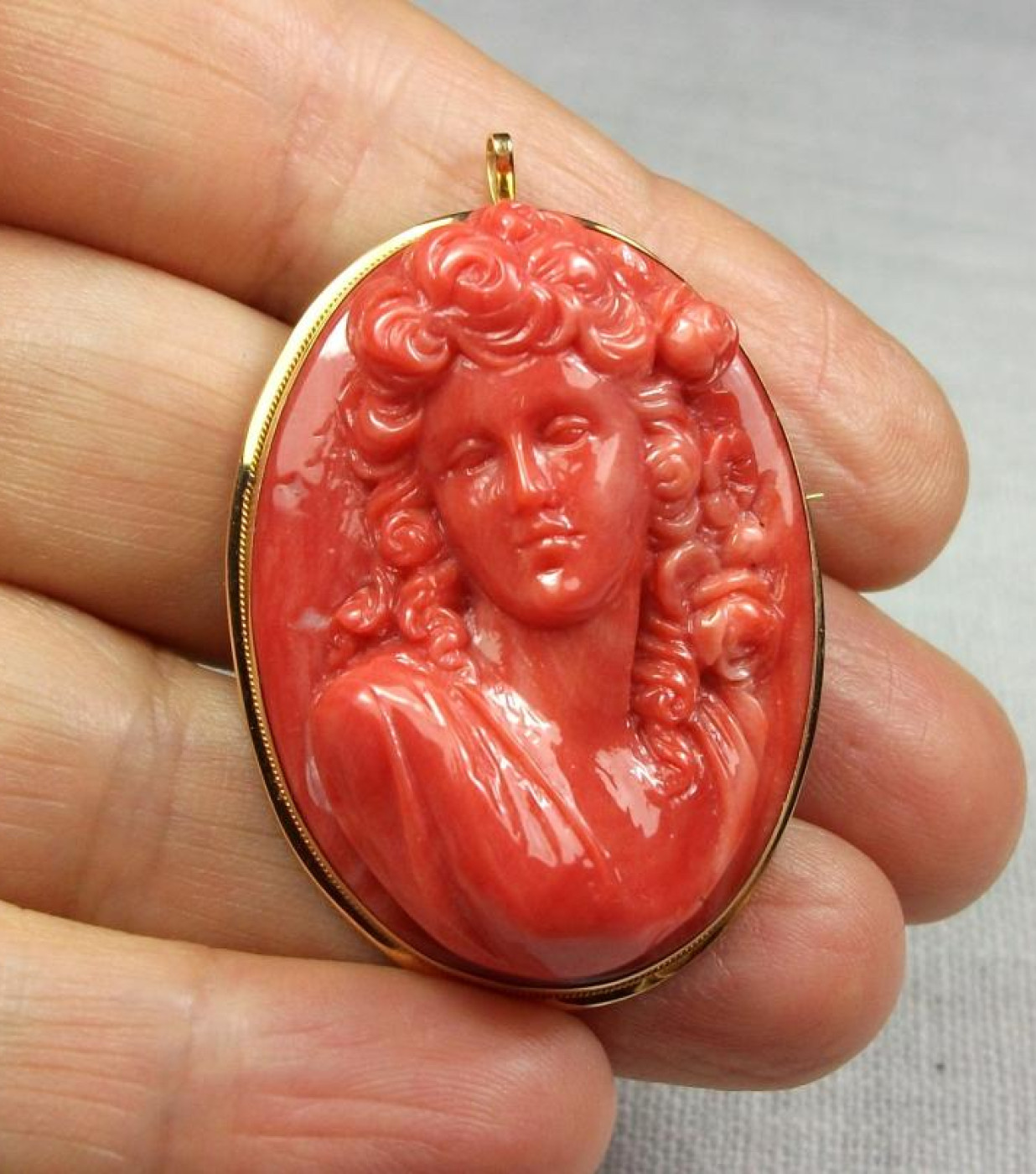 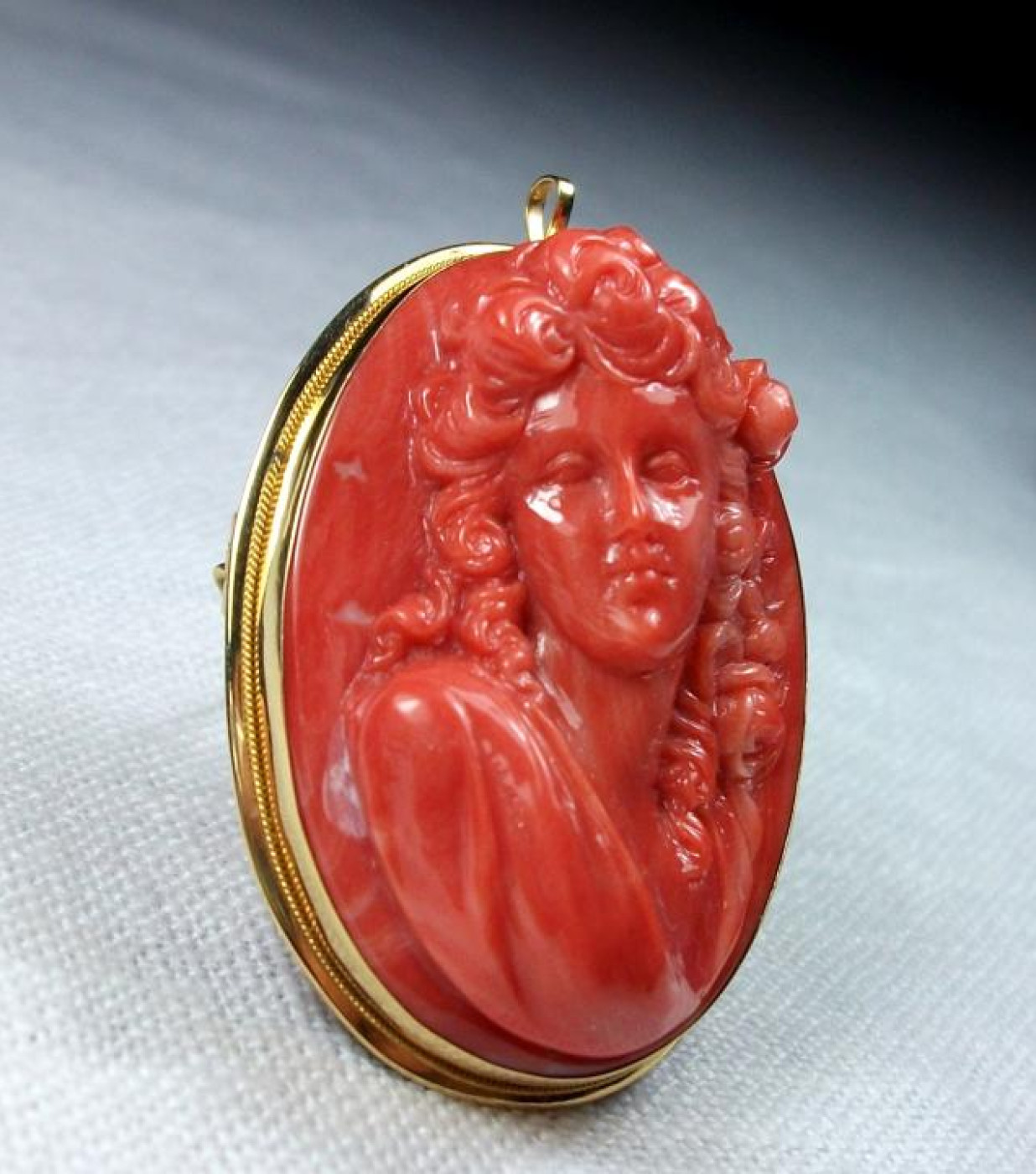 Museum Quality Coral cameo depicting Goddess Flora. This coral cameo sculpture is so beautiful and so wonderfully made. Every detail in this cameo is perfect starting from her prettiest and expressive face. Her eyes really speak about the joy of life, her Greek nose is more than perfect, her full and sensual mouth is absolutely alive. The roses in her hair are so perfectly made that seem real. The Cerasuolo coral is of highest quality and has a full and intense red - orange color. The mounting is simple, a gold ring around her pretty face. The bale can be hidden on the back so this cameo can be worn as a brooch or a pendant. It is not easy to find a so well carved and perfect coral cameo. This is a more than masterly carved coral cameo which is not to be missed.


A bit of History:
In Roman mythology, Flora was the goddess of flowers and the season of spring. She was a relatively minor figure in Roman mythology, as there were several more important fertility goddesses, but her association with the spring gave her particular importance at the coming of springtime. Her festival, the Floralia, was held in April or early May and symbolized the renewal of the cycle of life, marked with dancing, drinking, and flowers. Her Greek equivalent was Chloris. Flora was married to Favonius, the wind god.