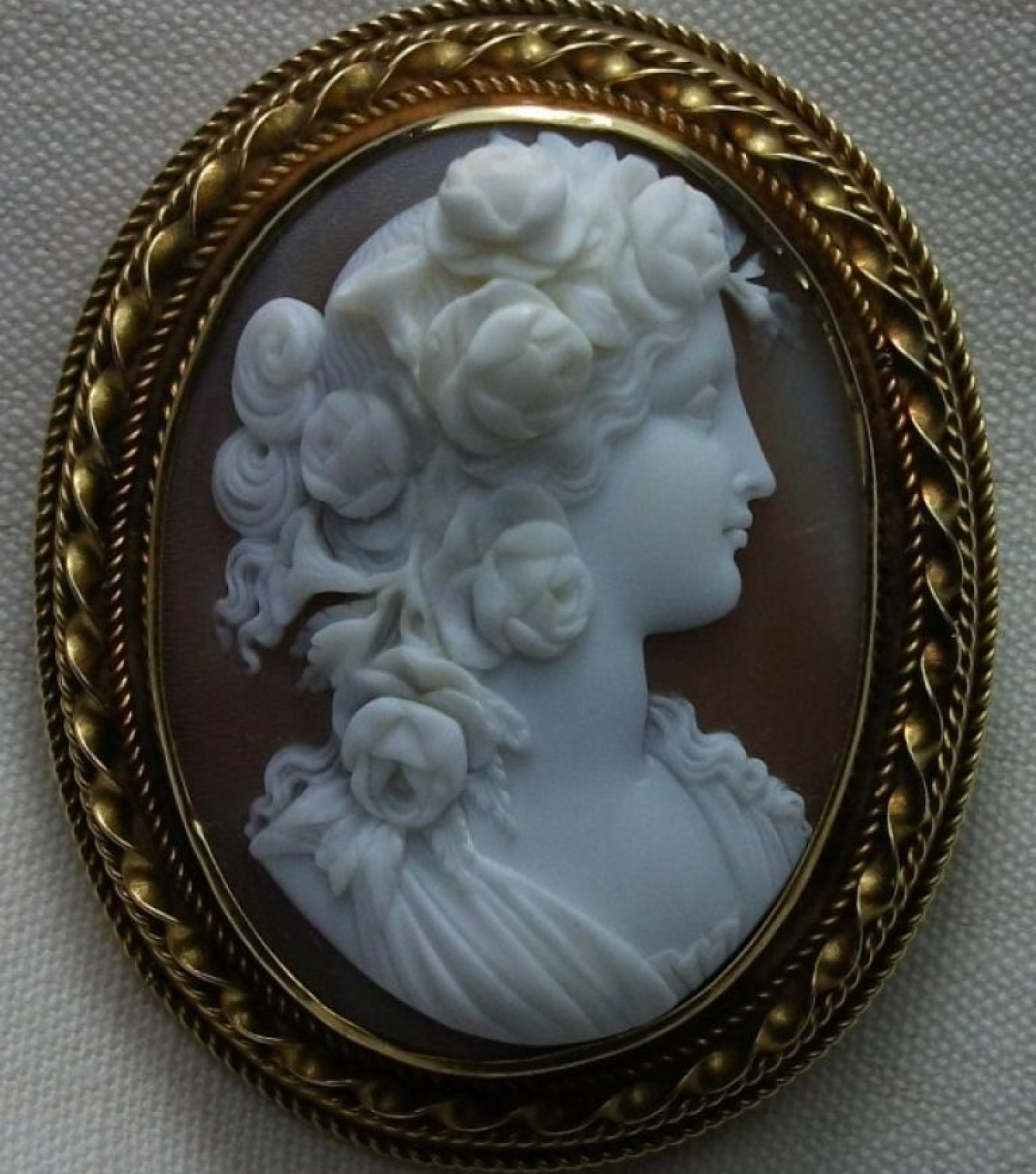 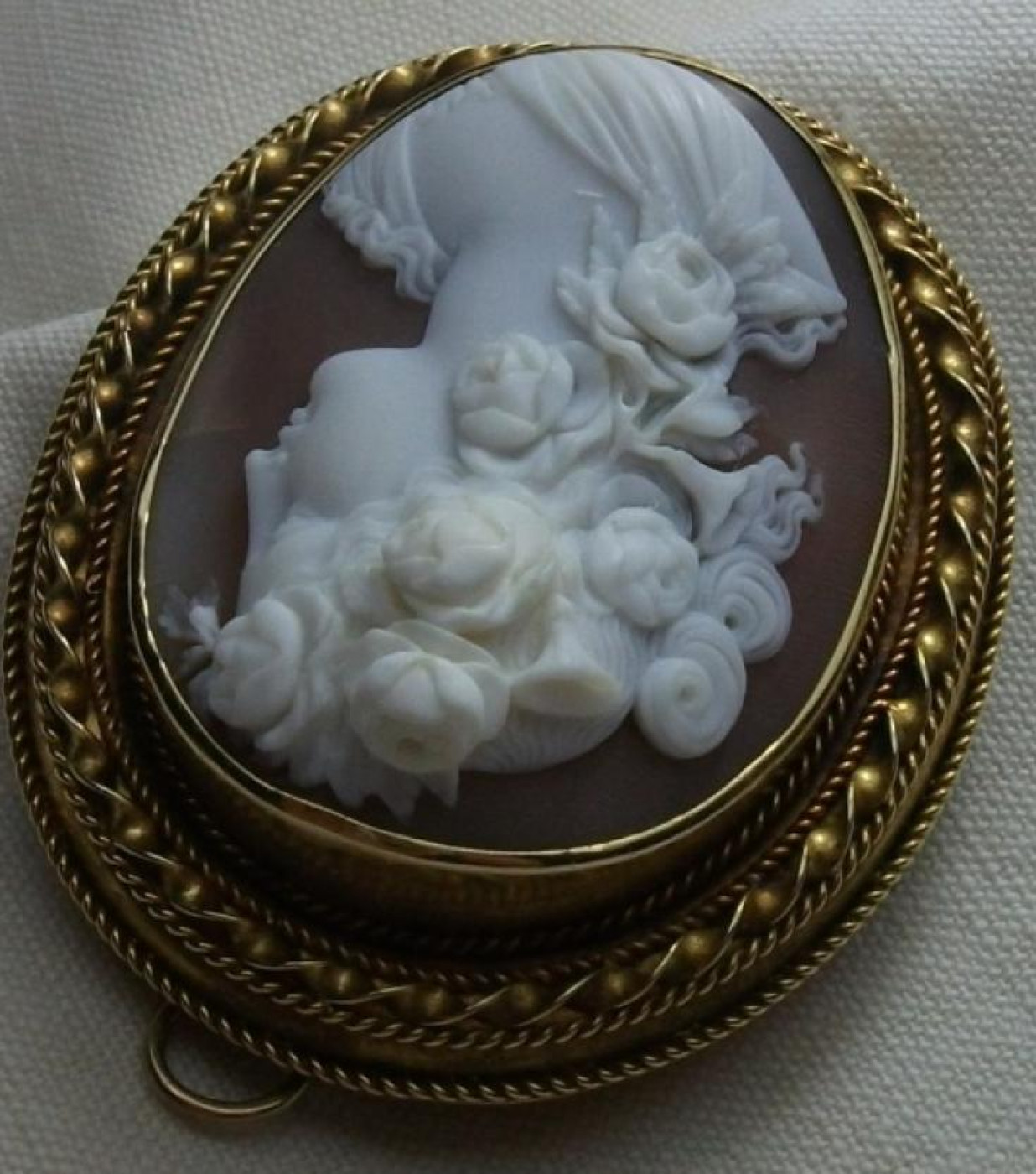 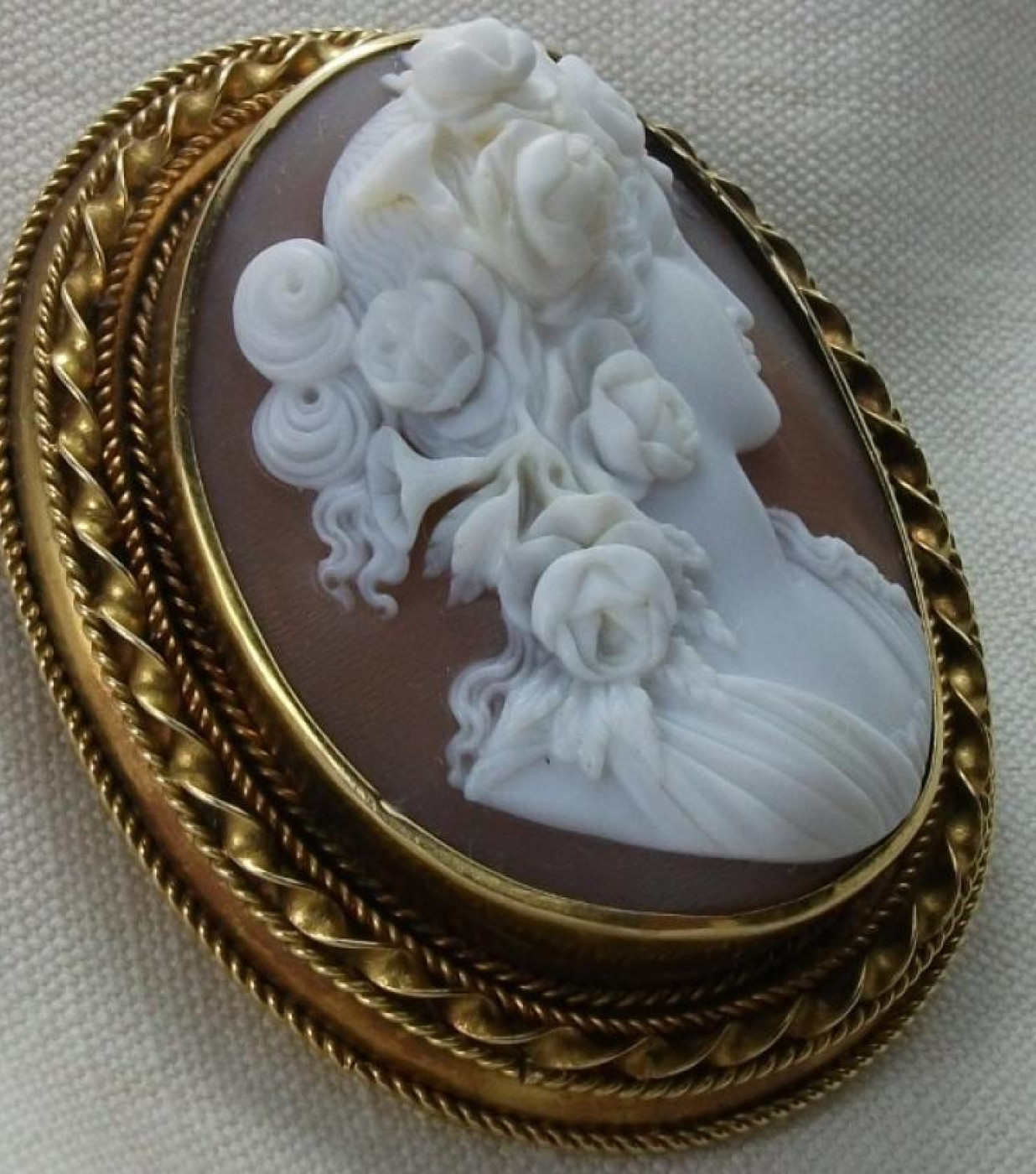 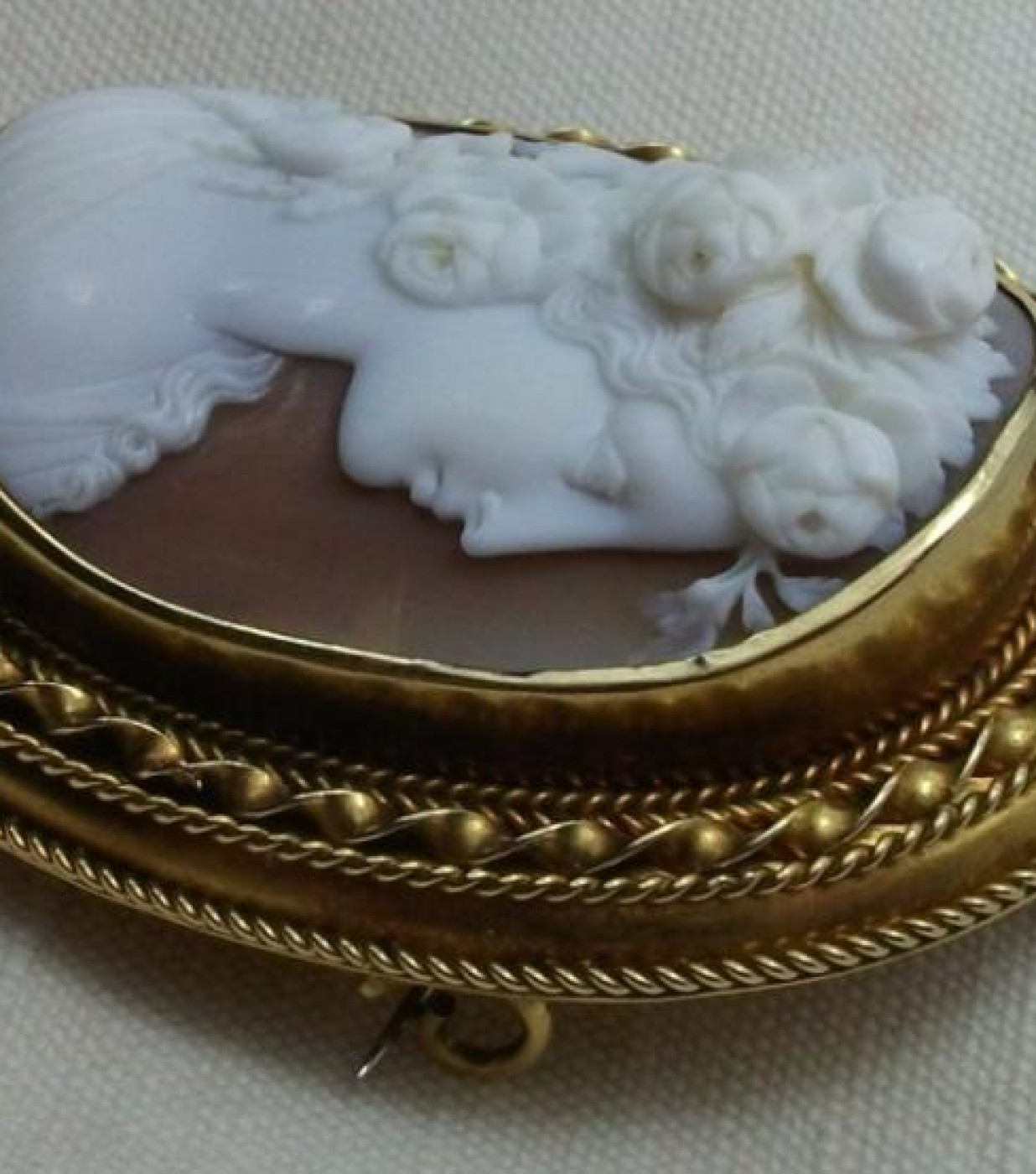 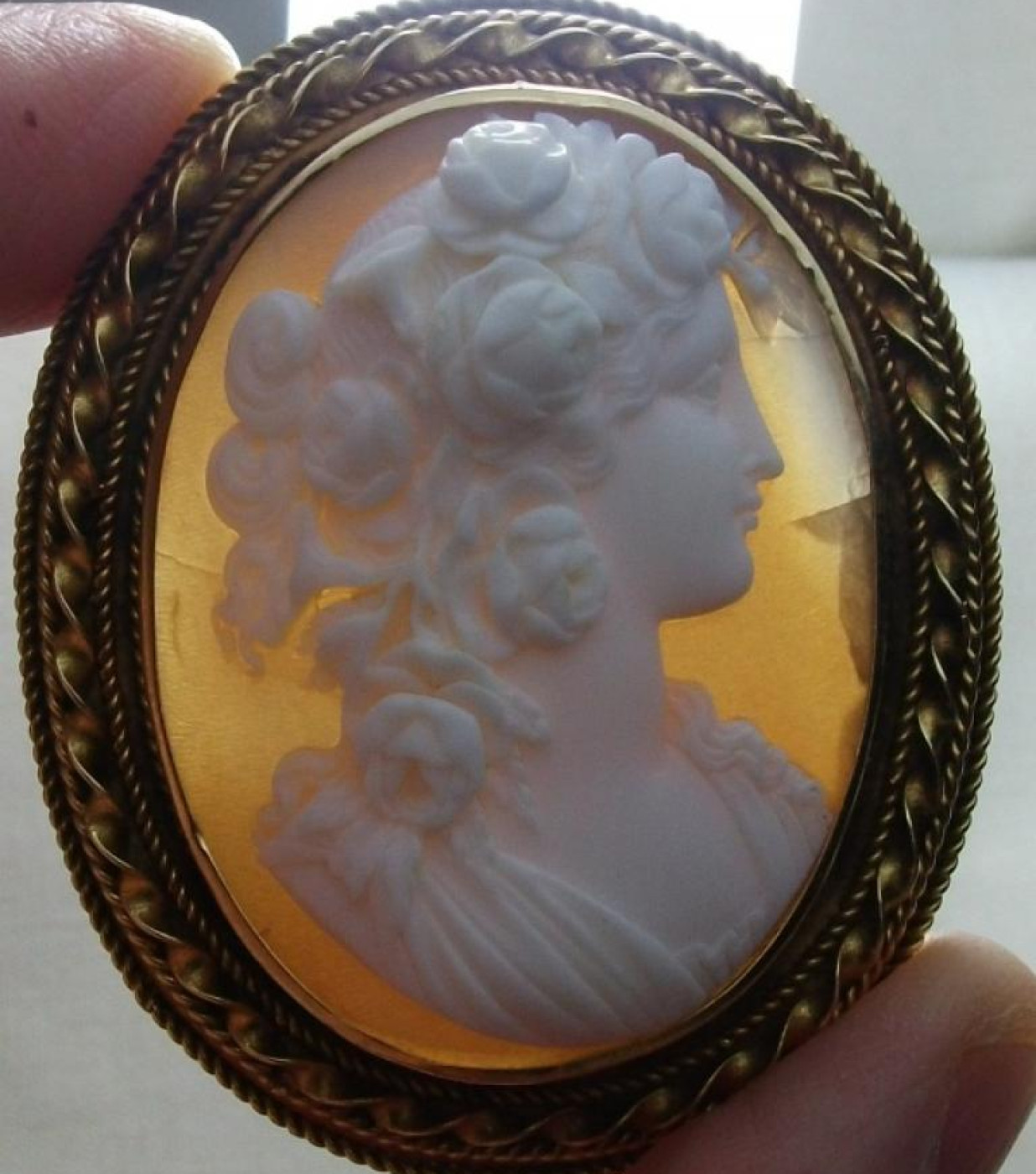 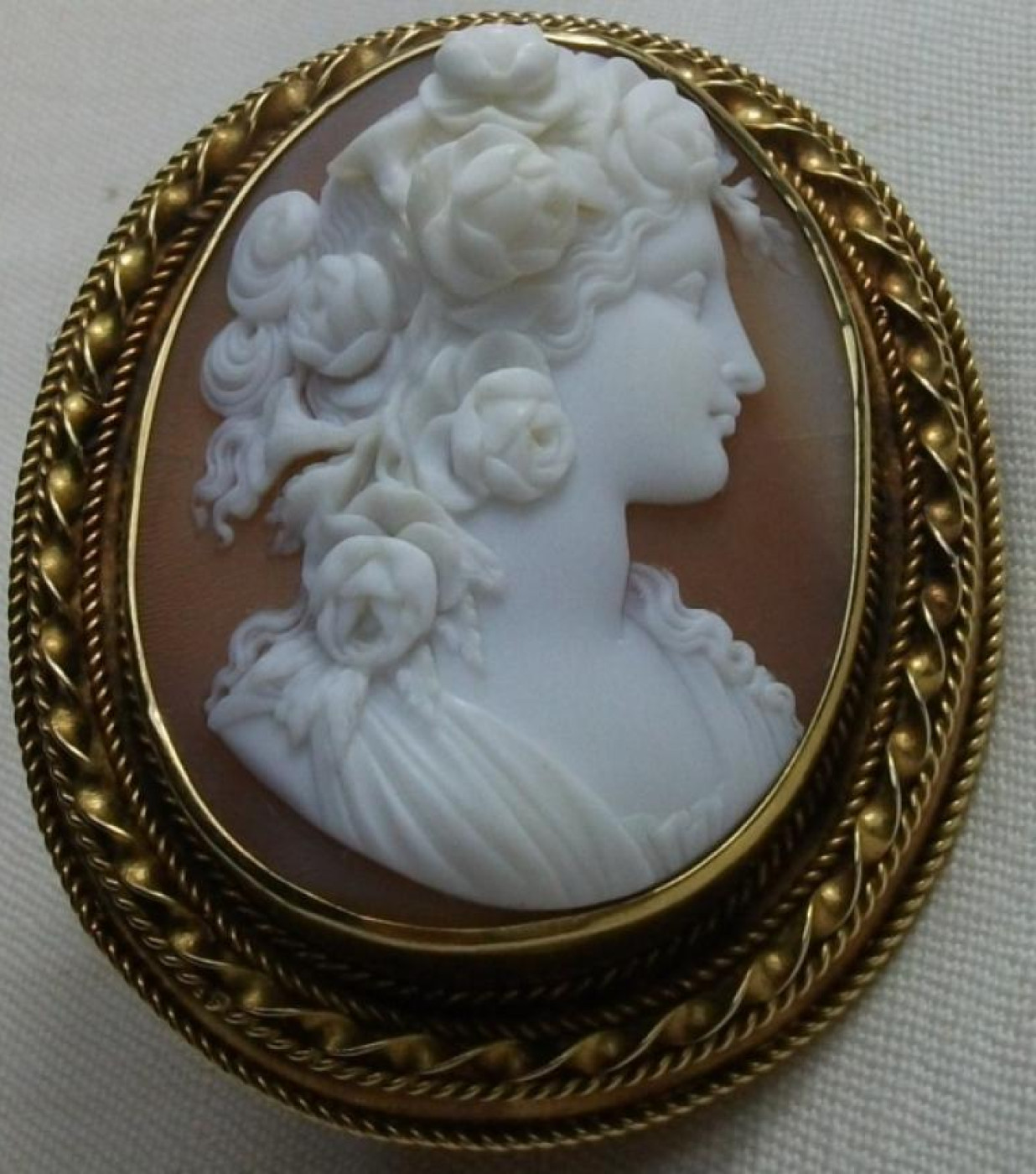 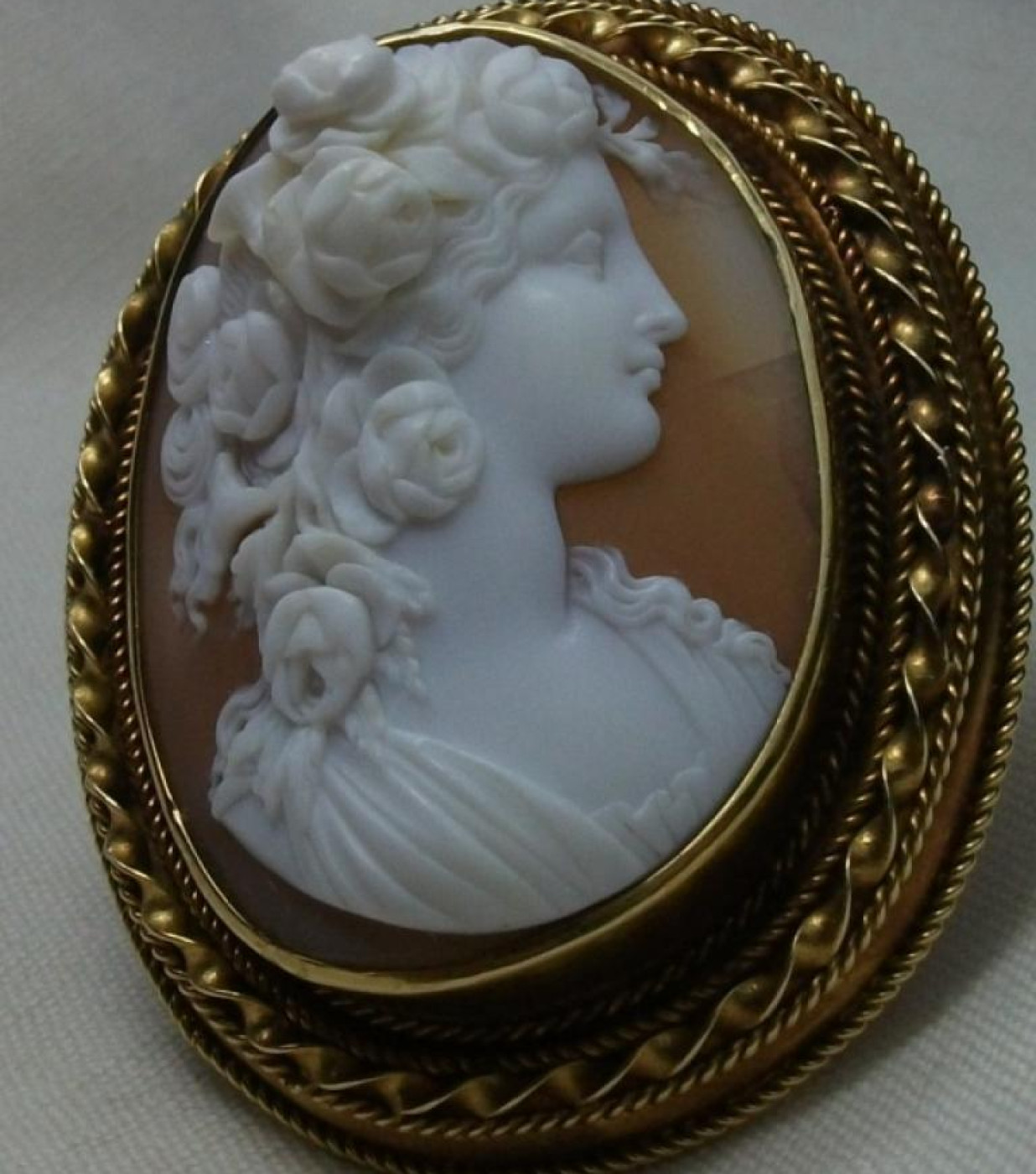 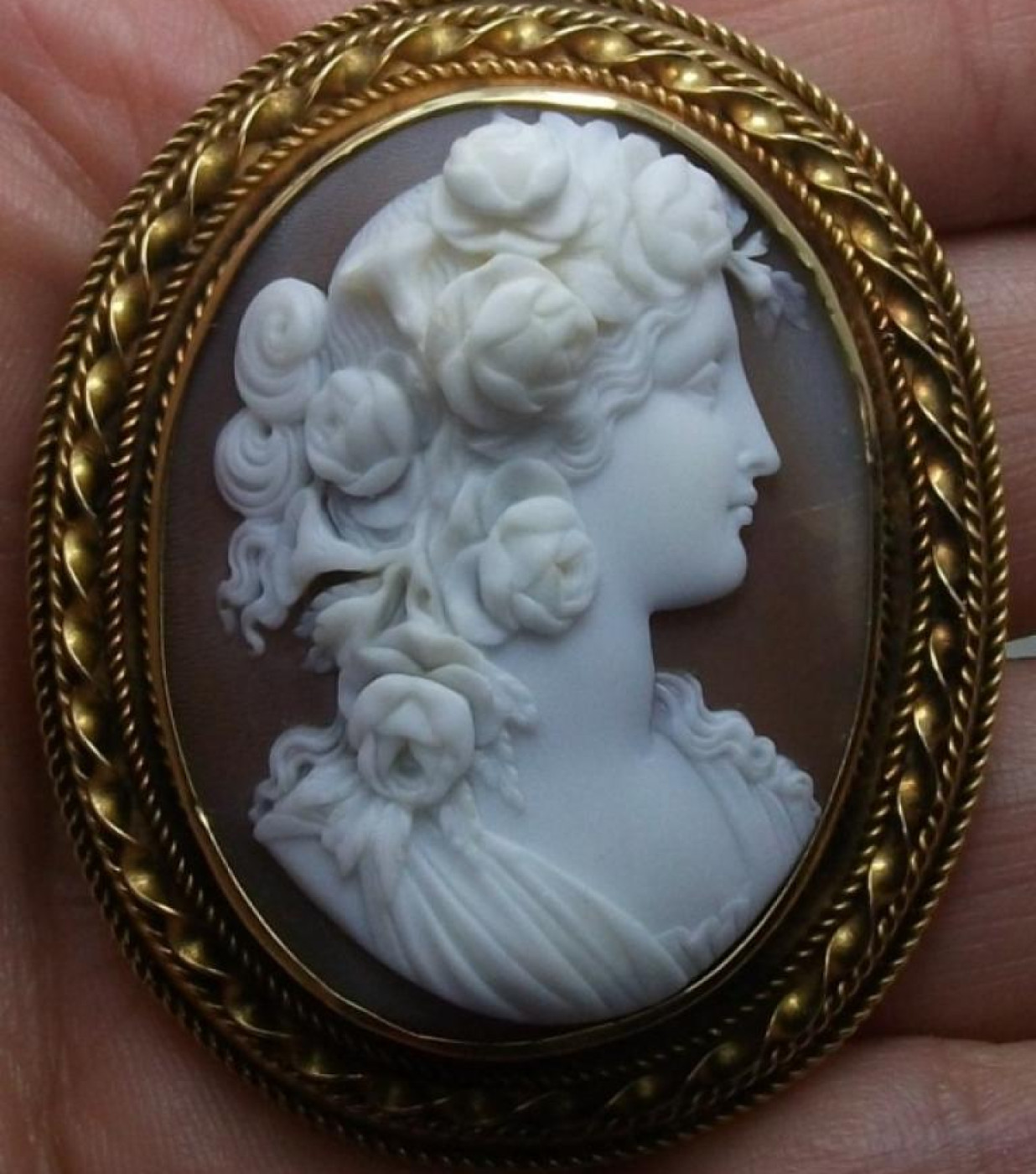 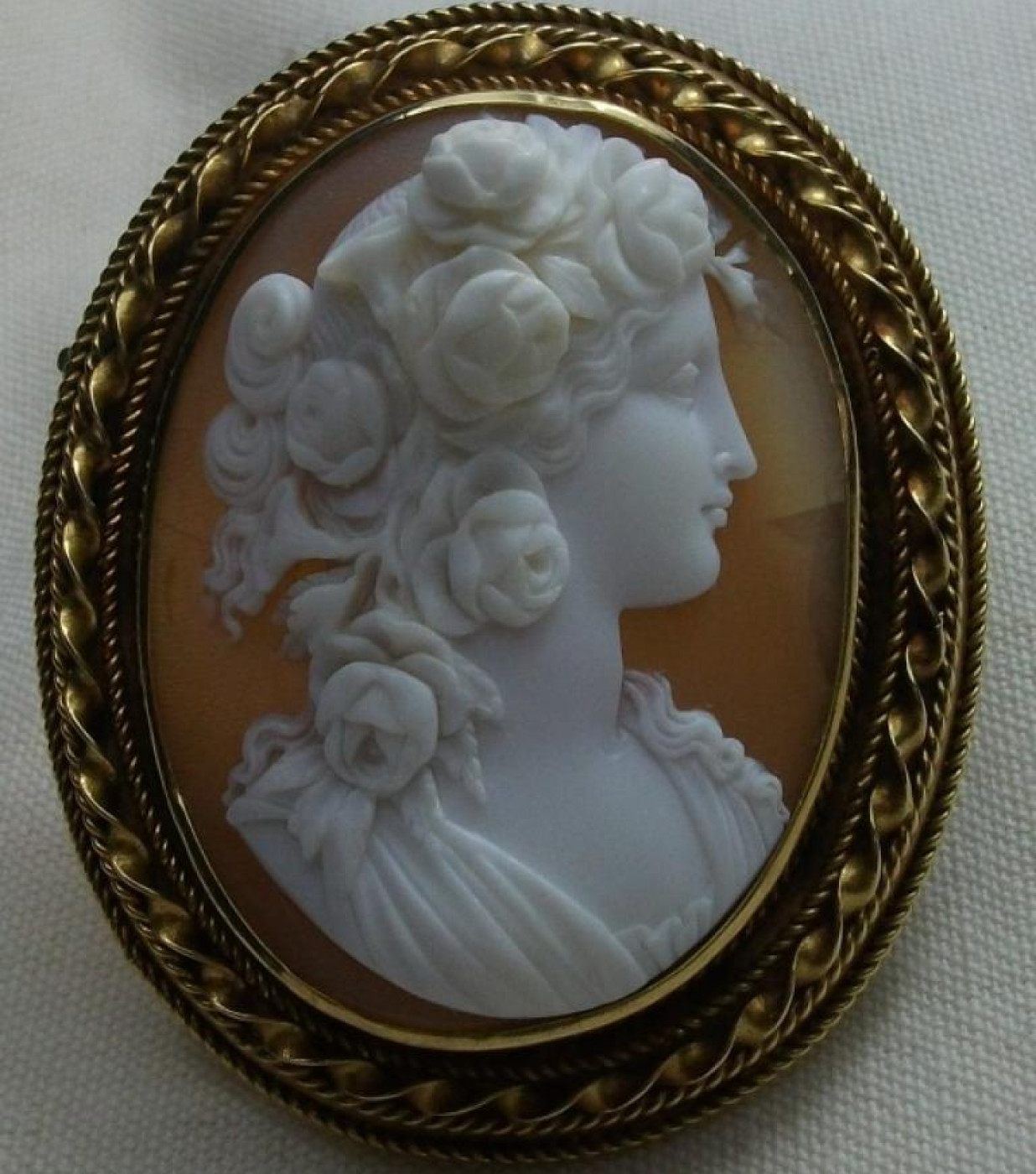 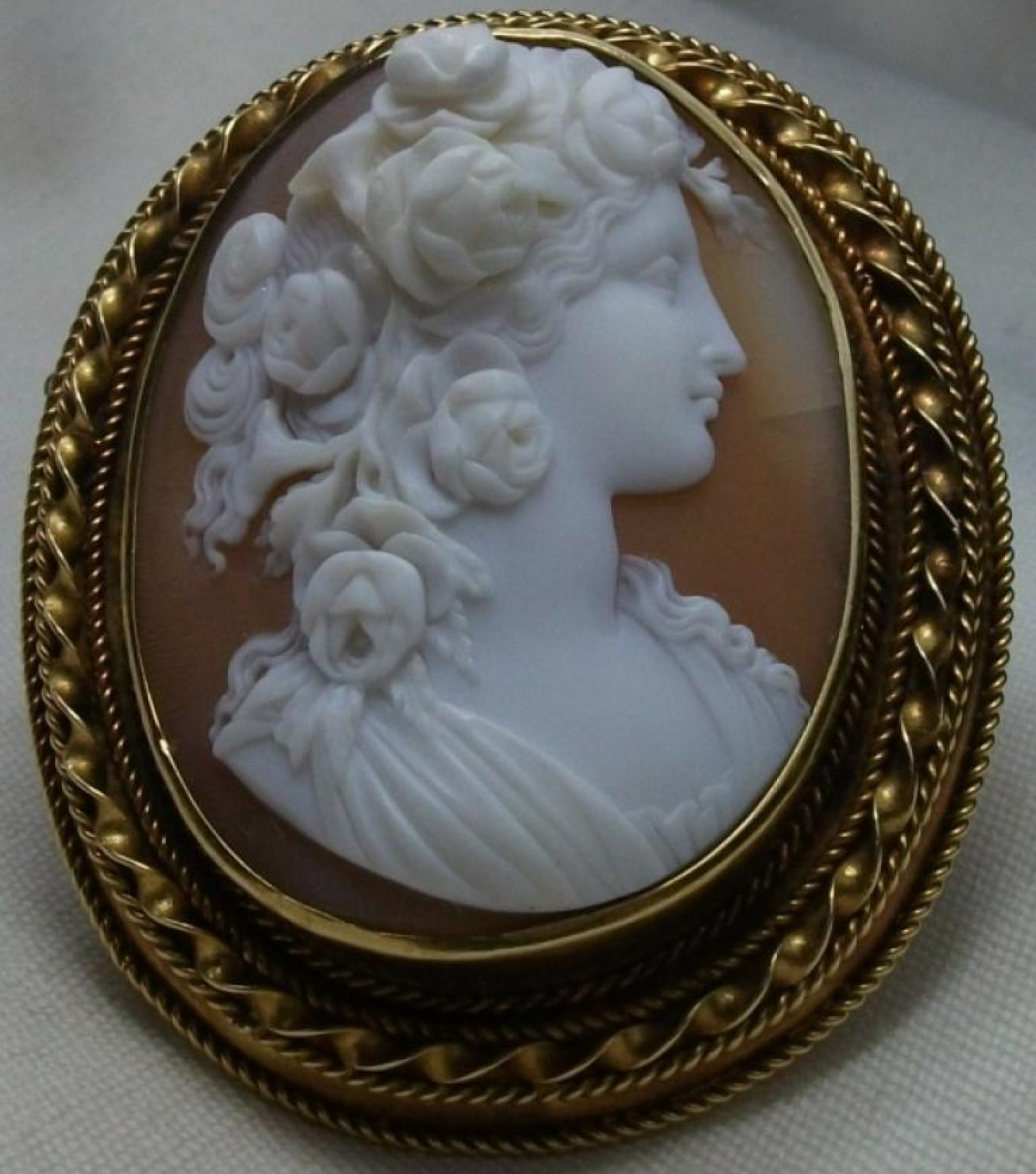 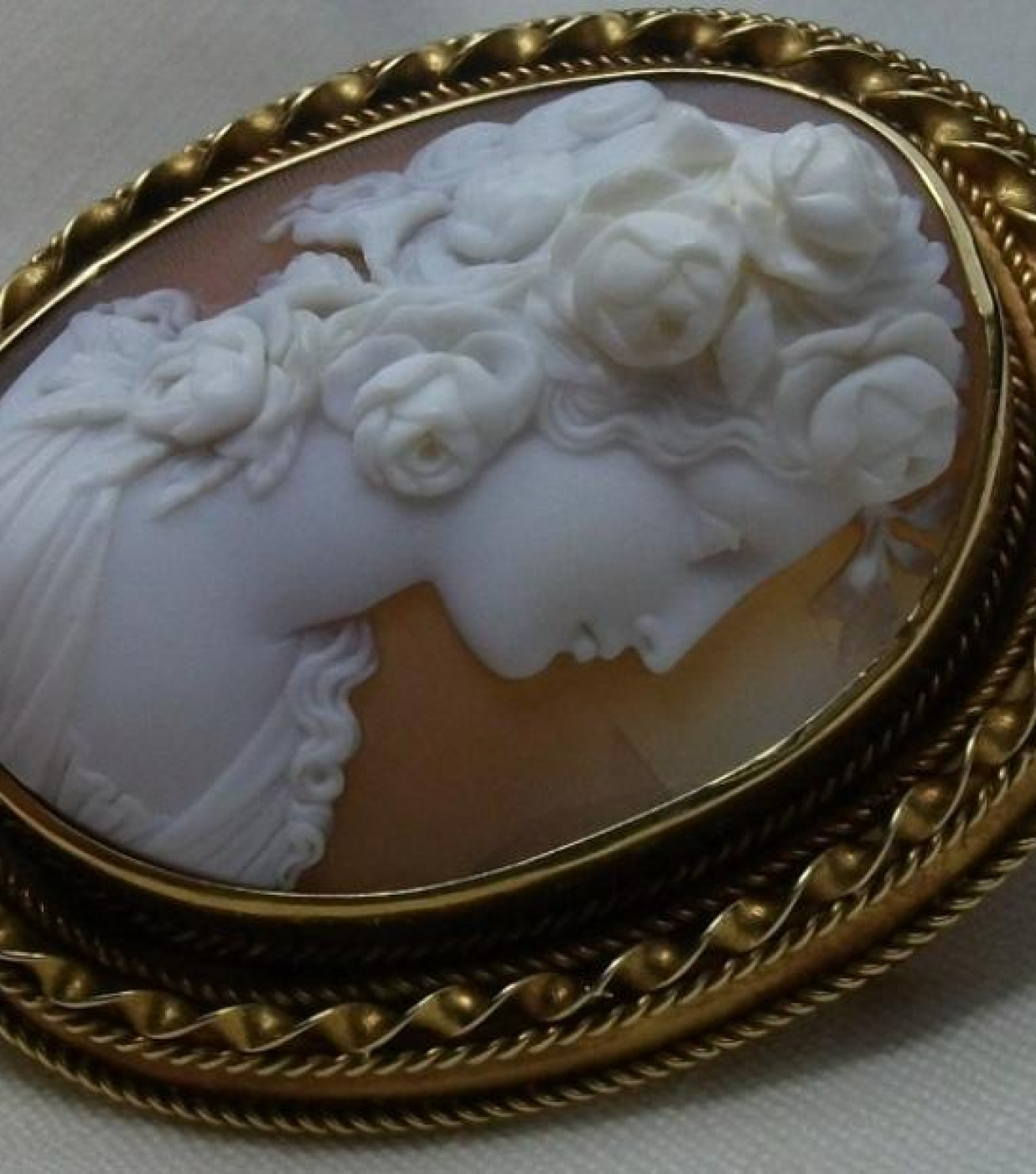 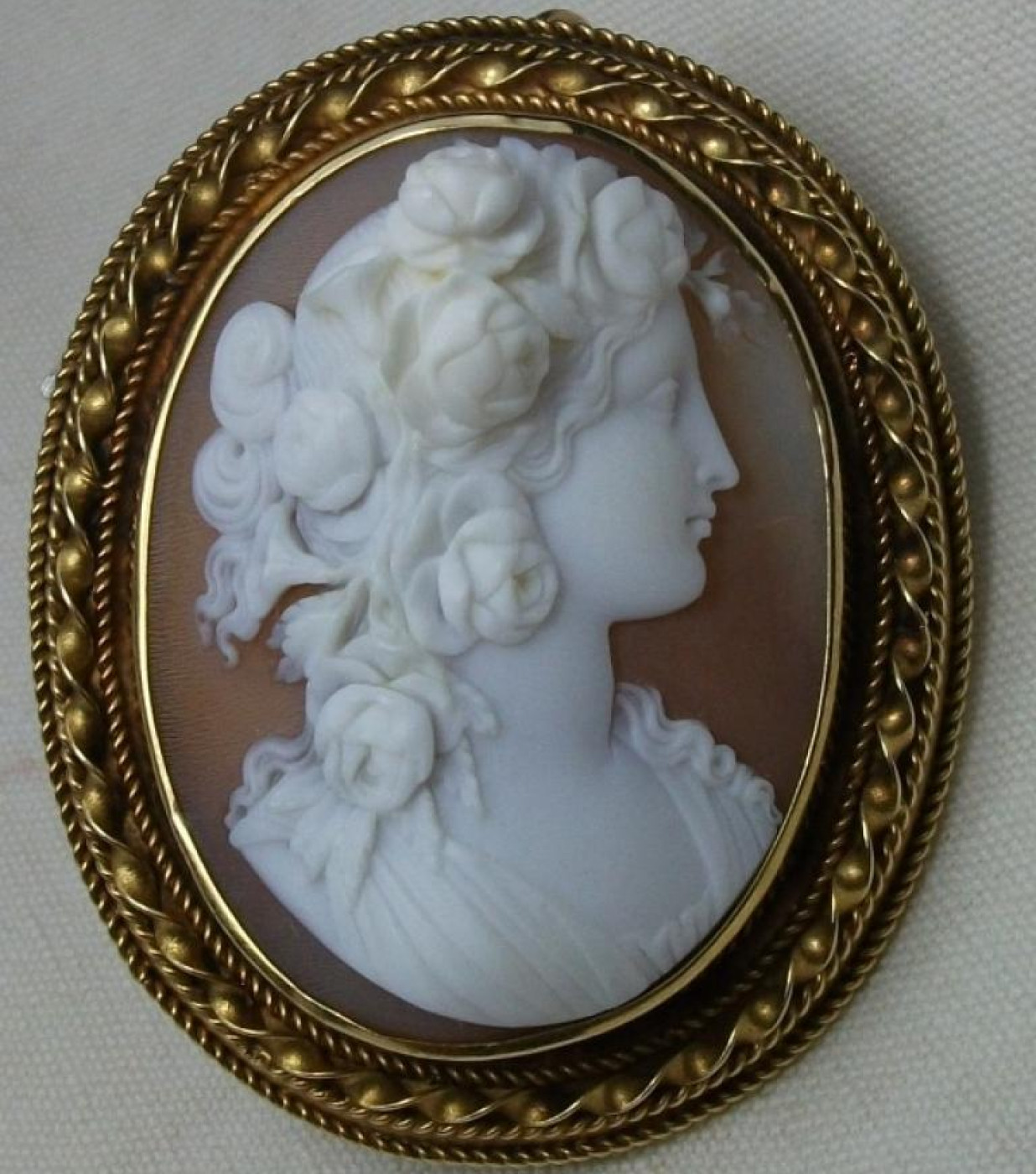 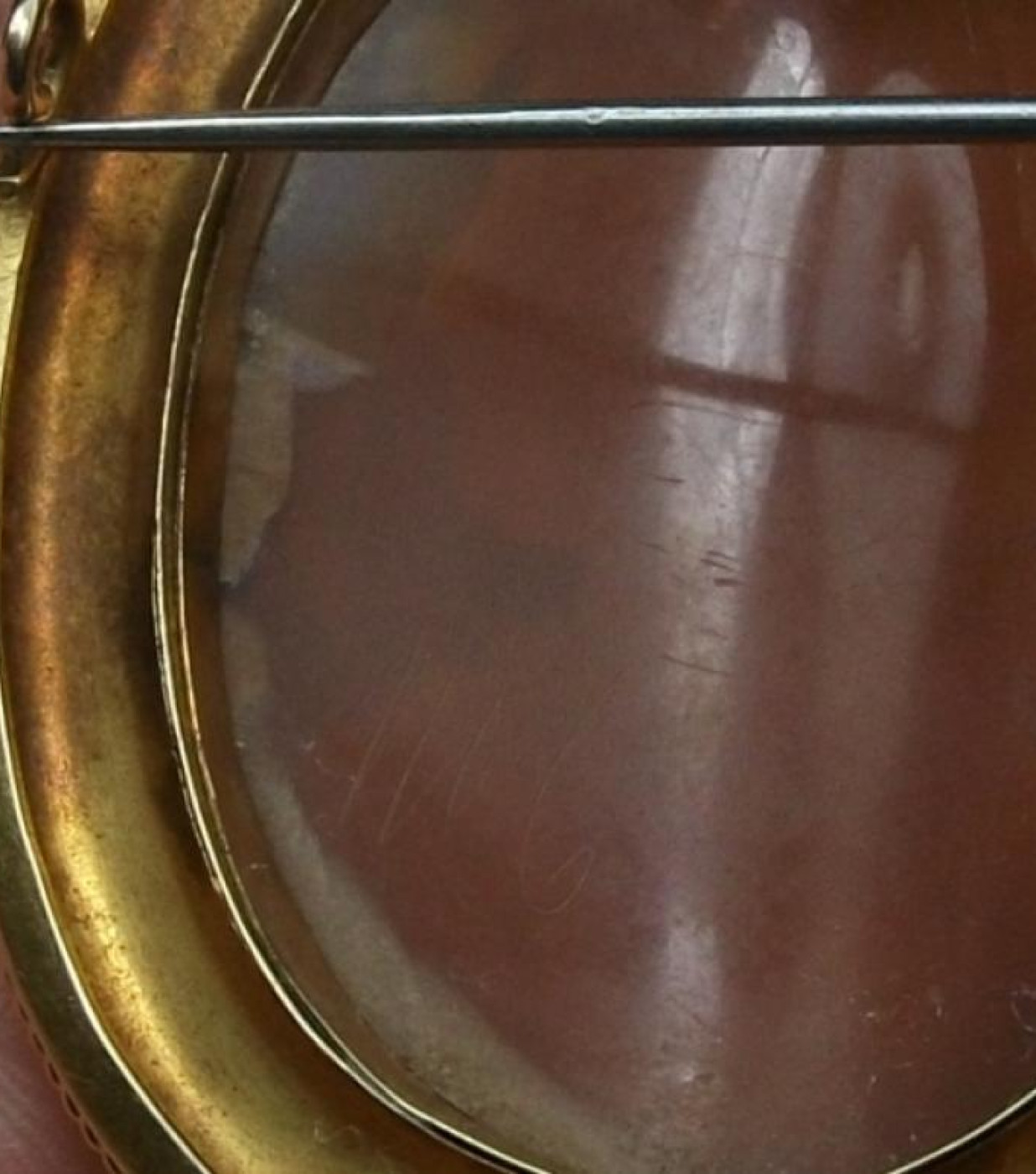 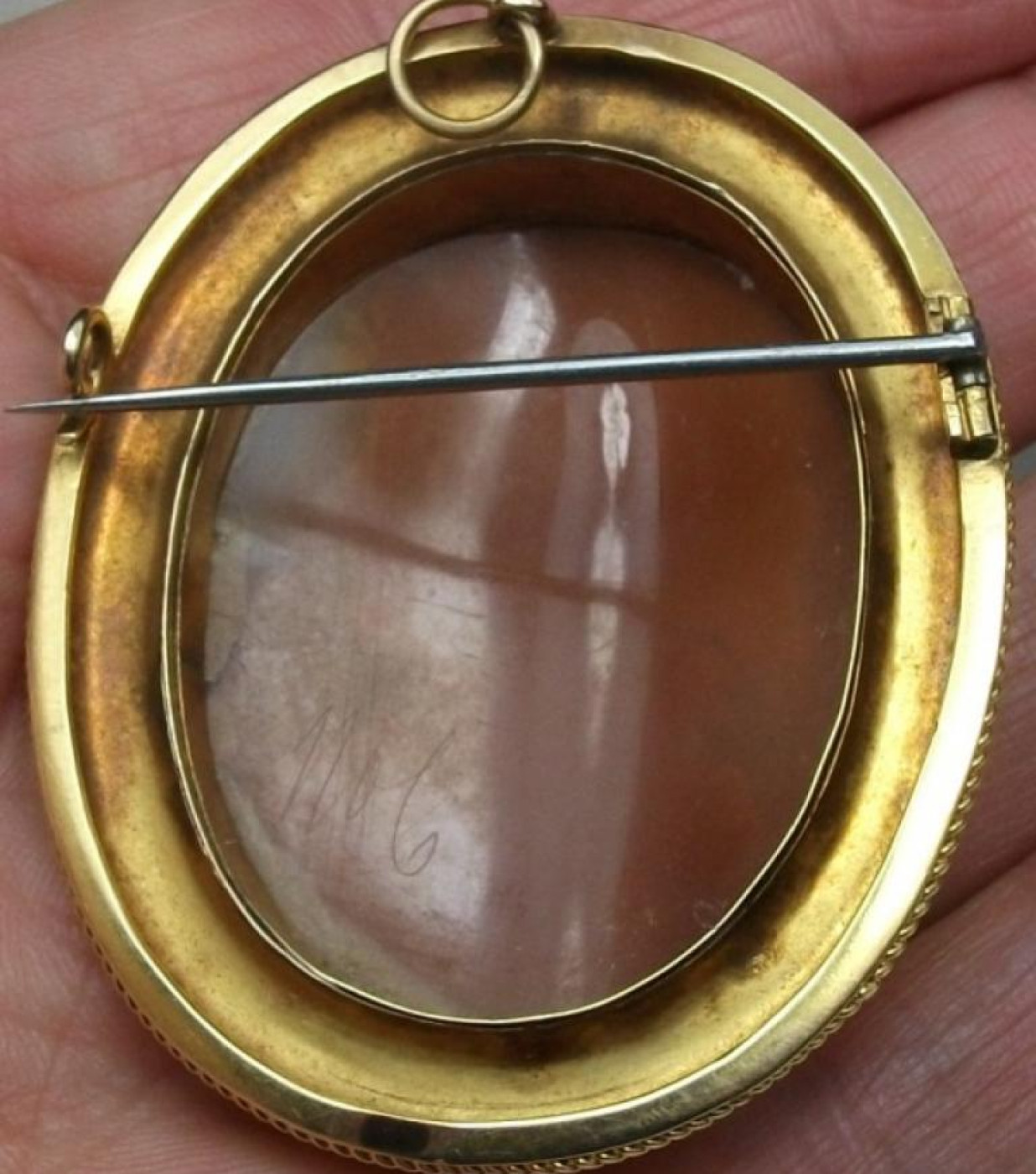 Museum quality cameo depicting Goddess Flora. Once again the pictures don't give any justice to this lovely piece which is really better seen in person and all the details can be really seen. The roses and flowers in her hair are wonderfully carved like her face. The carving is very white and reflects the light and, you know, this is the reason why the cameo seems blurred. Seen in person I can really say that this one is a wonderful cameo very finely carved, she's a so elegant and noble profile, her face is pretty and full of grace. The cameo is very high relieved and look at how the flowers are carved, it just seems that you can pick them from her head and make a bouquet with them! Her long and flexuous neck where softly lean the flowers is exquisite, her beauty, her full and sensual mouth, her perfect nose, each detail in this cameo is stunningly carved, surely the work of a great artist. Should I say anything else? Pictures speak by themselves.  A fantastic cameo to not to be missed.
A bit of history:
In Roman mythology, Flora was the goddess of flowers and the season of spring. She was a relatively minor figure in Roman mythology, as there were several more important fertility goddesses, but her association with the spring gave her particular importance at the coming of springtime. Her festival, the Floralia, was held in April or early May and symbolized the renewal of the cycle of life, marked with dancing, drinking, and flowers. Her Greek equivalent was Chloris. Flora was married to Favonius, the wind god.