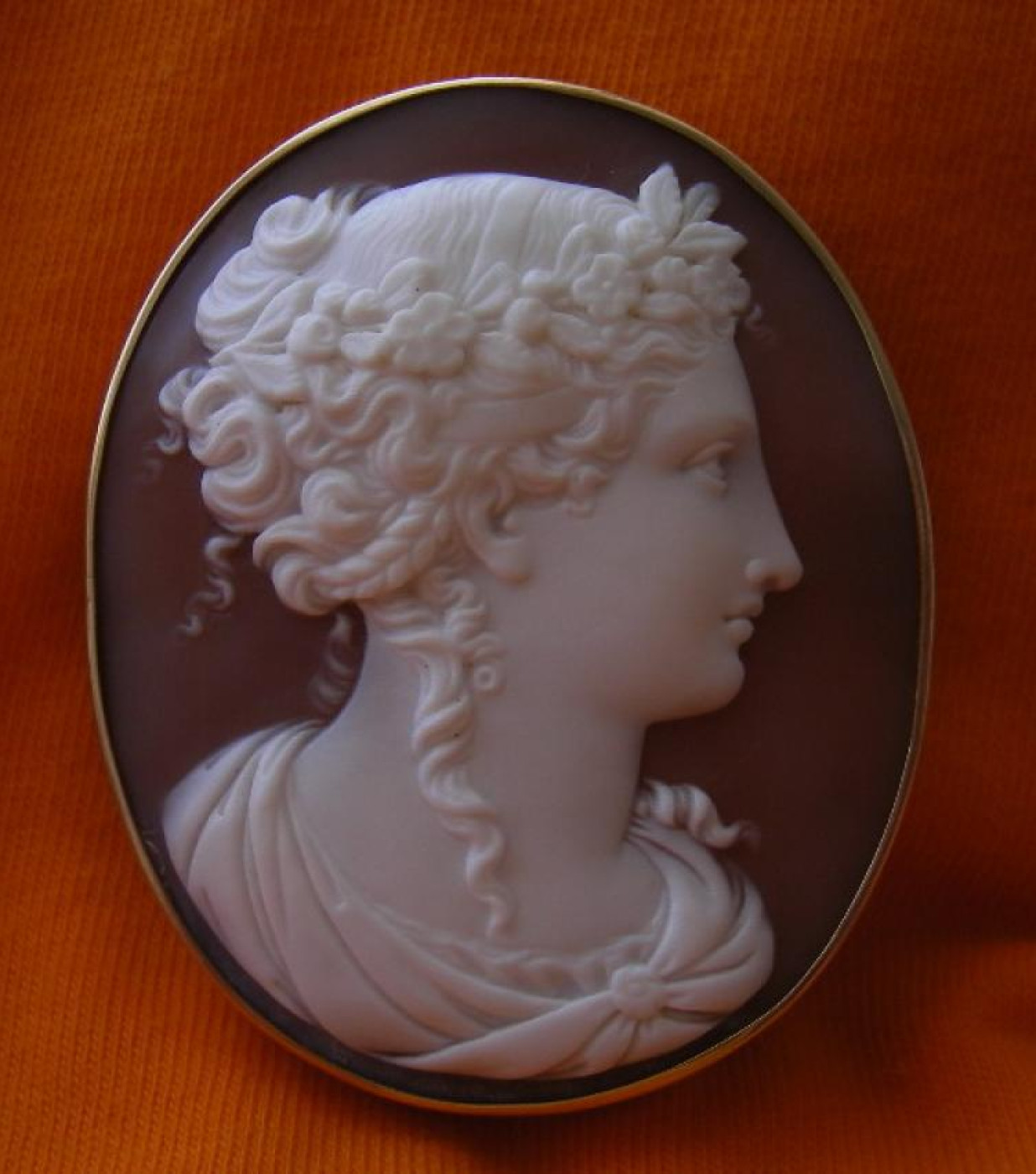 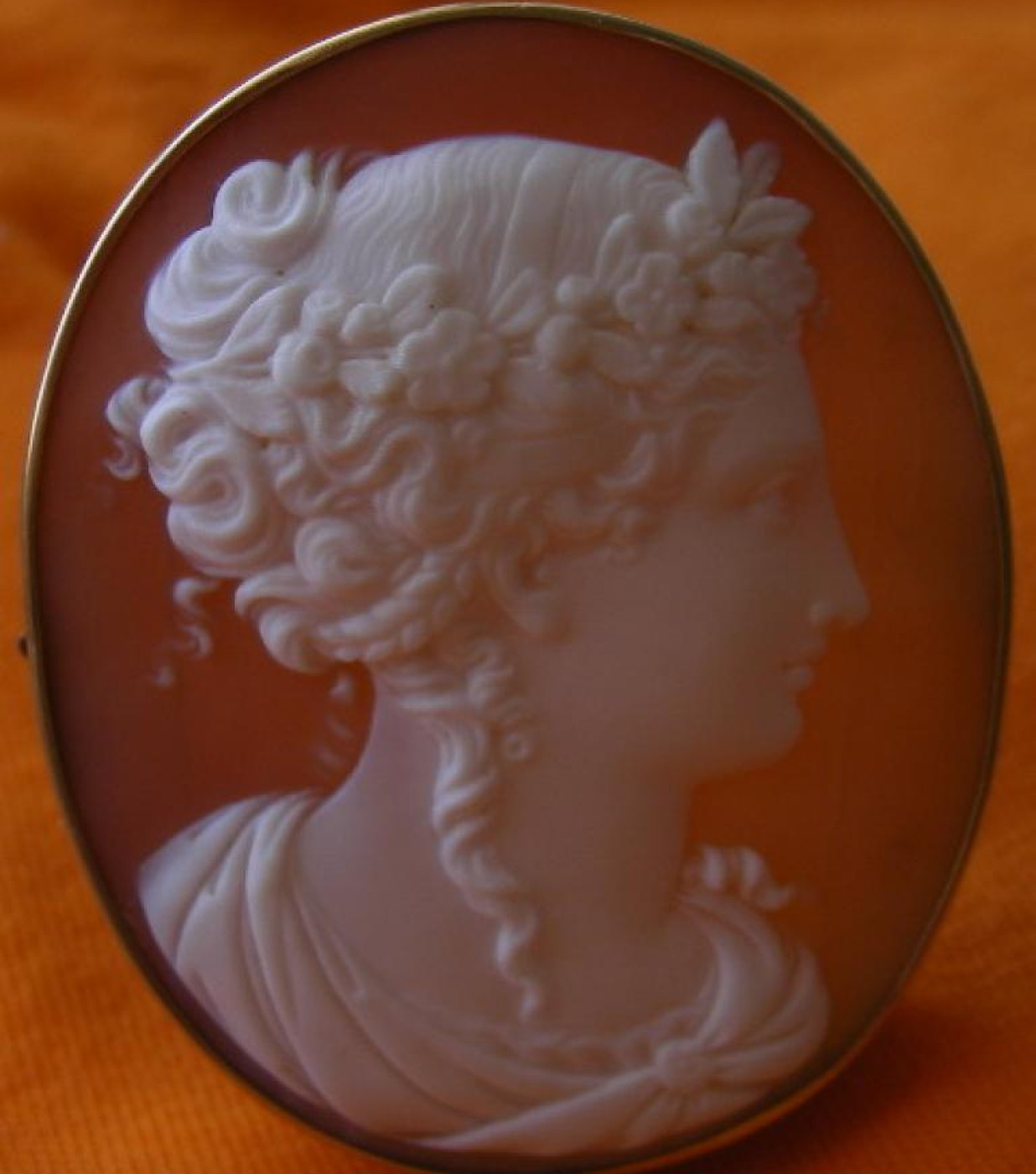 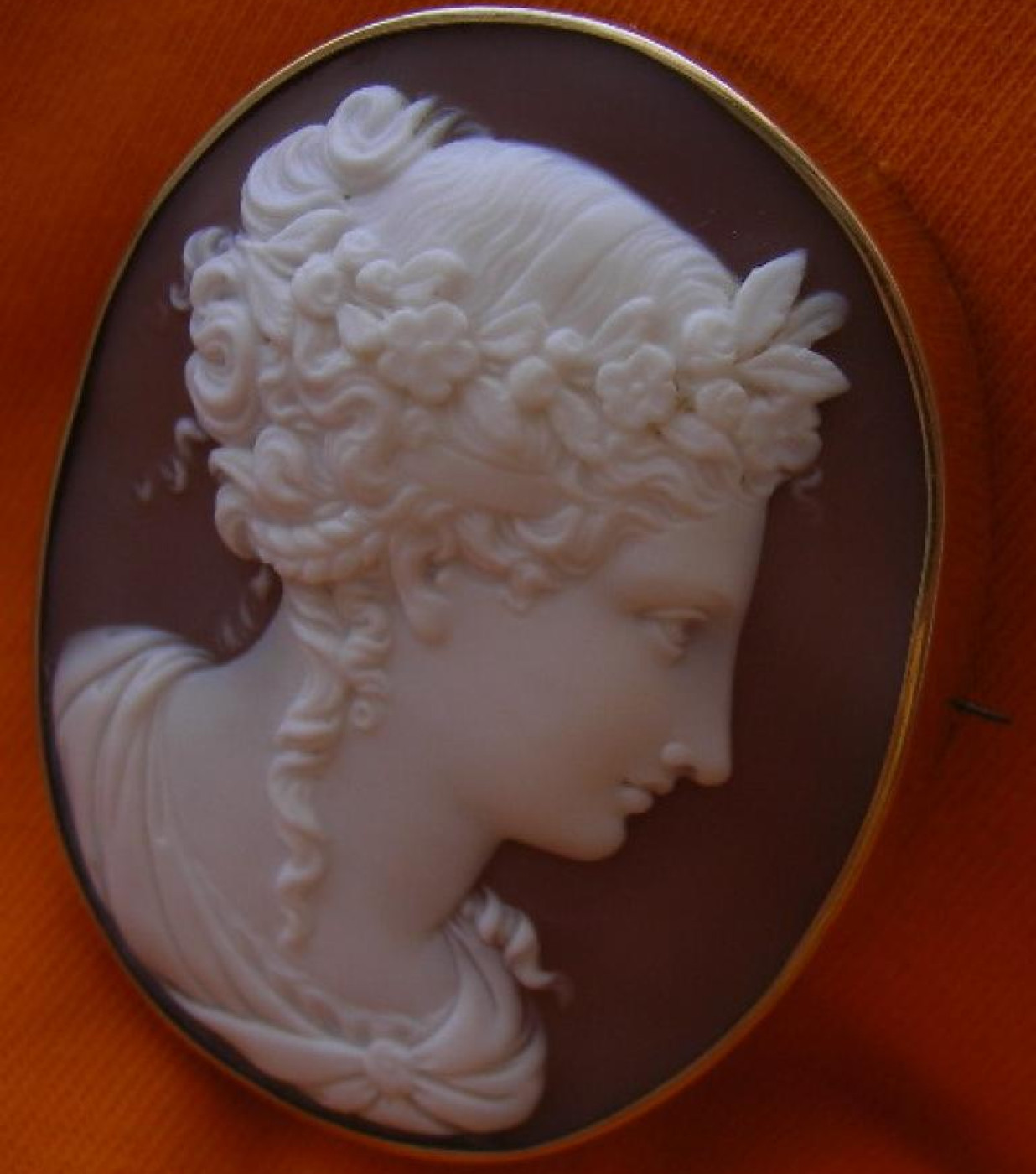 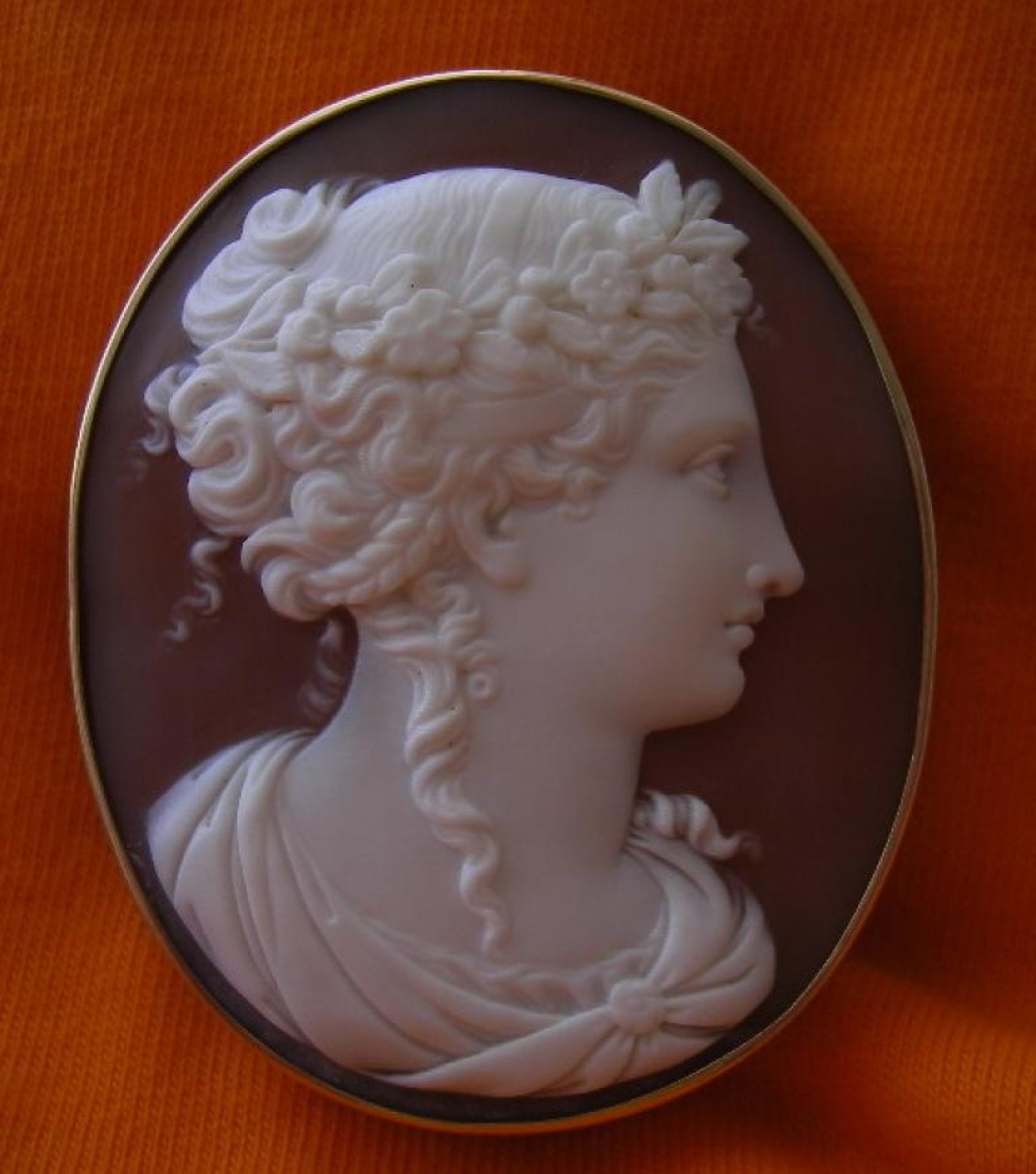 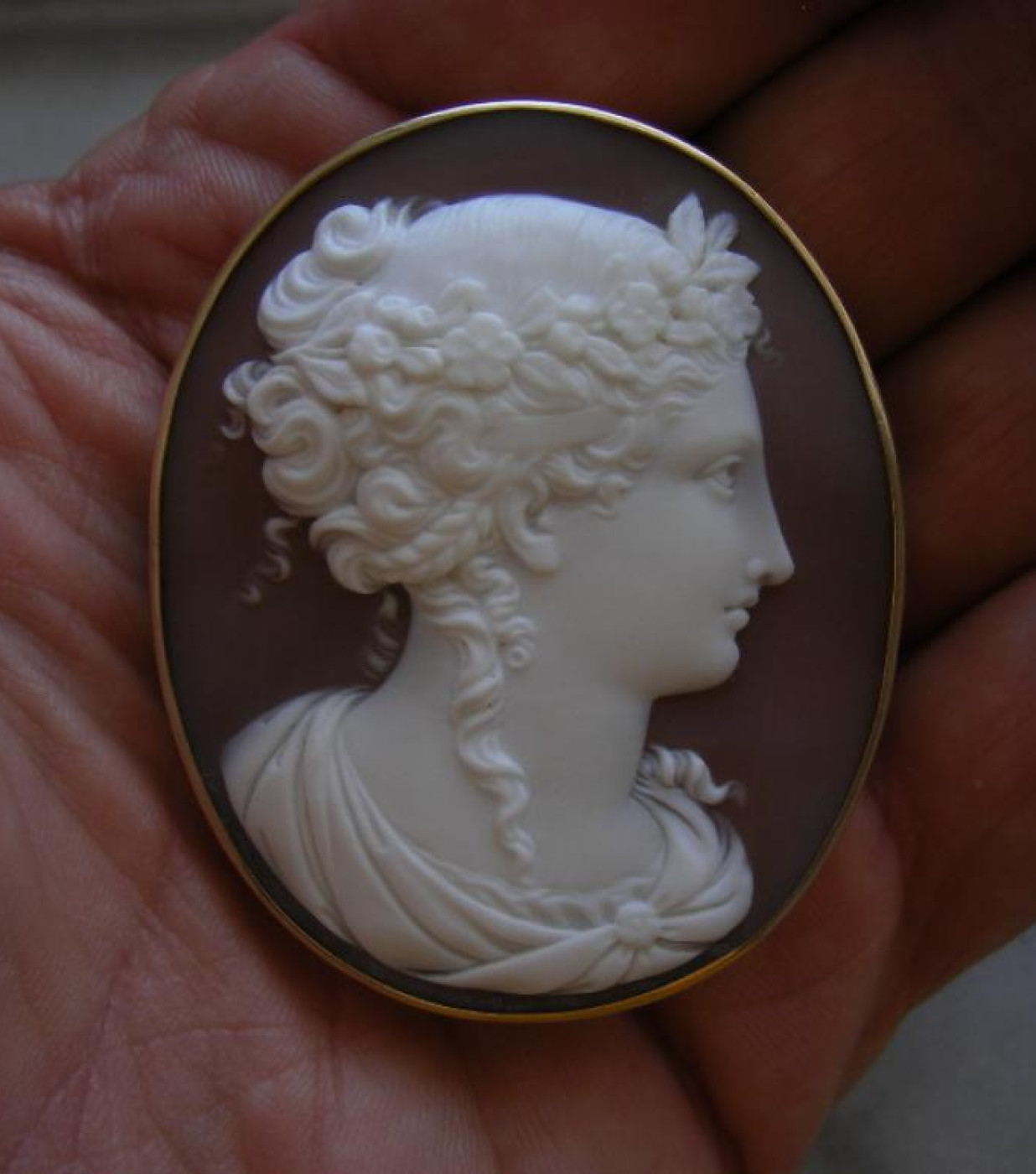 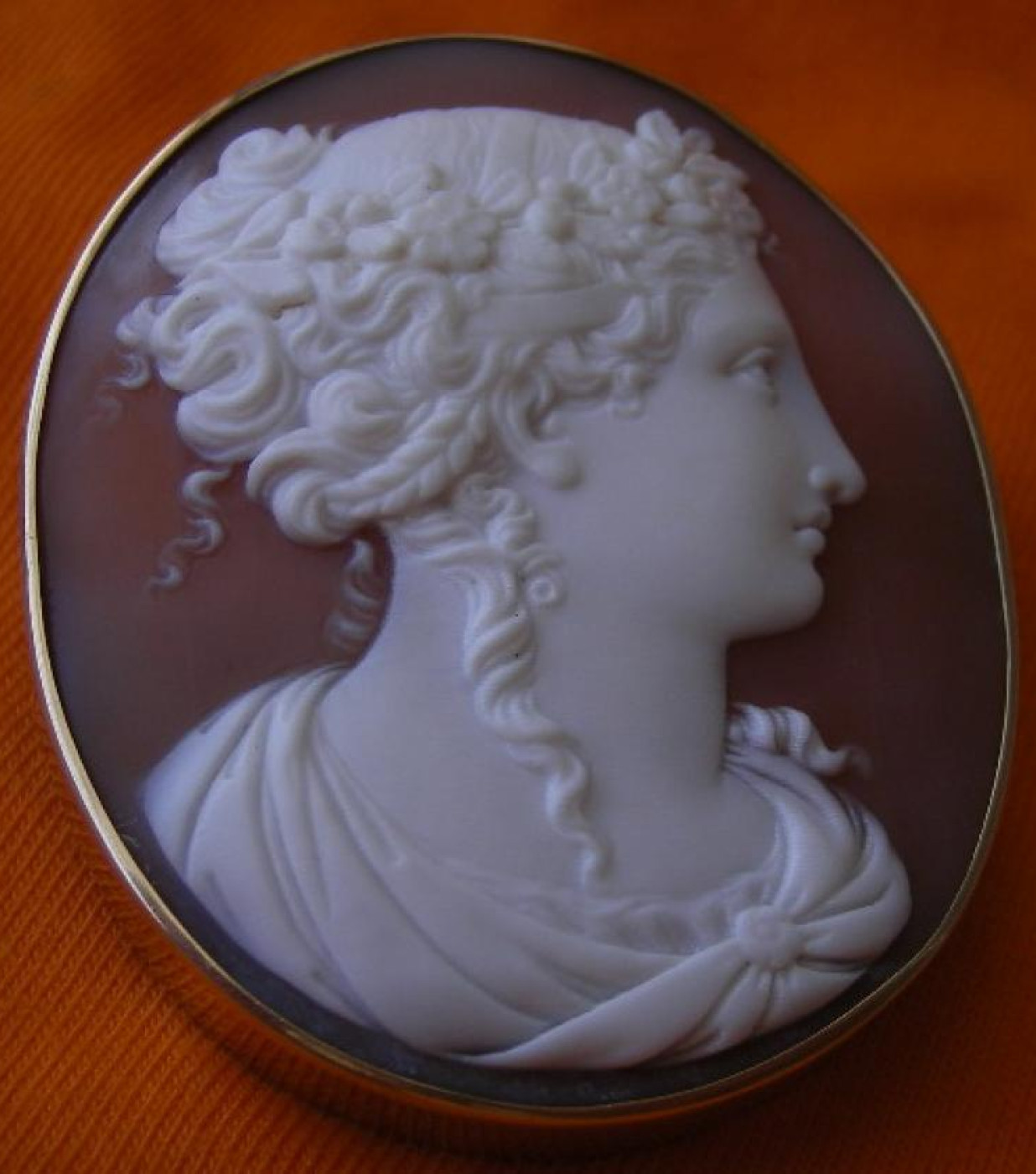 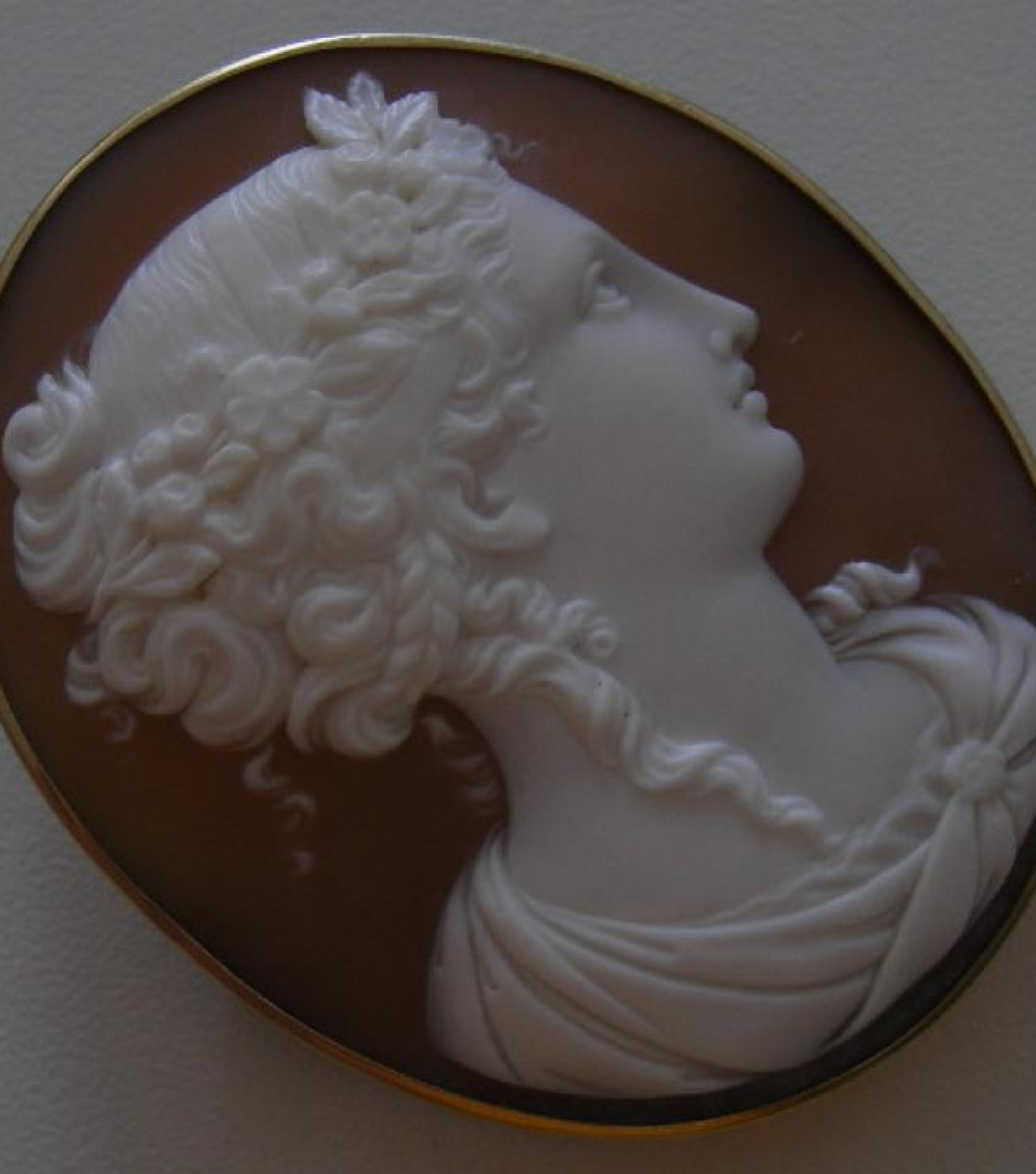 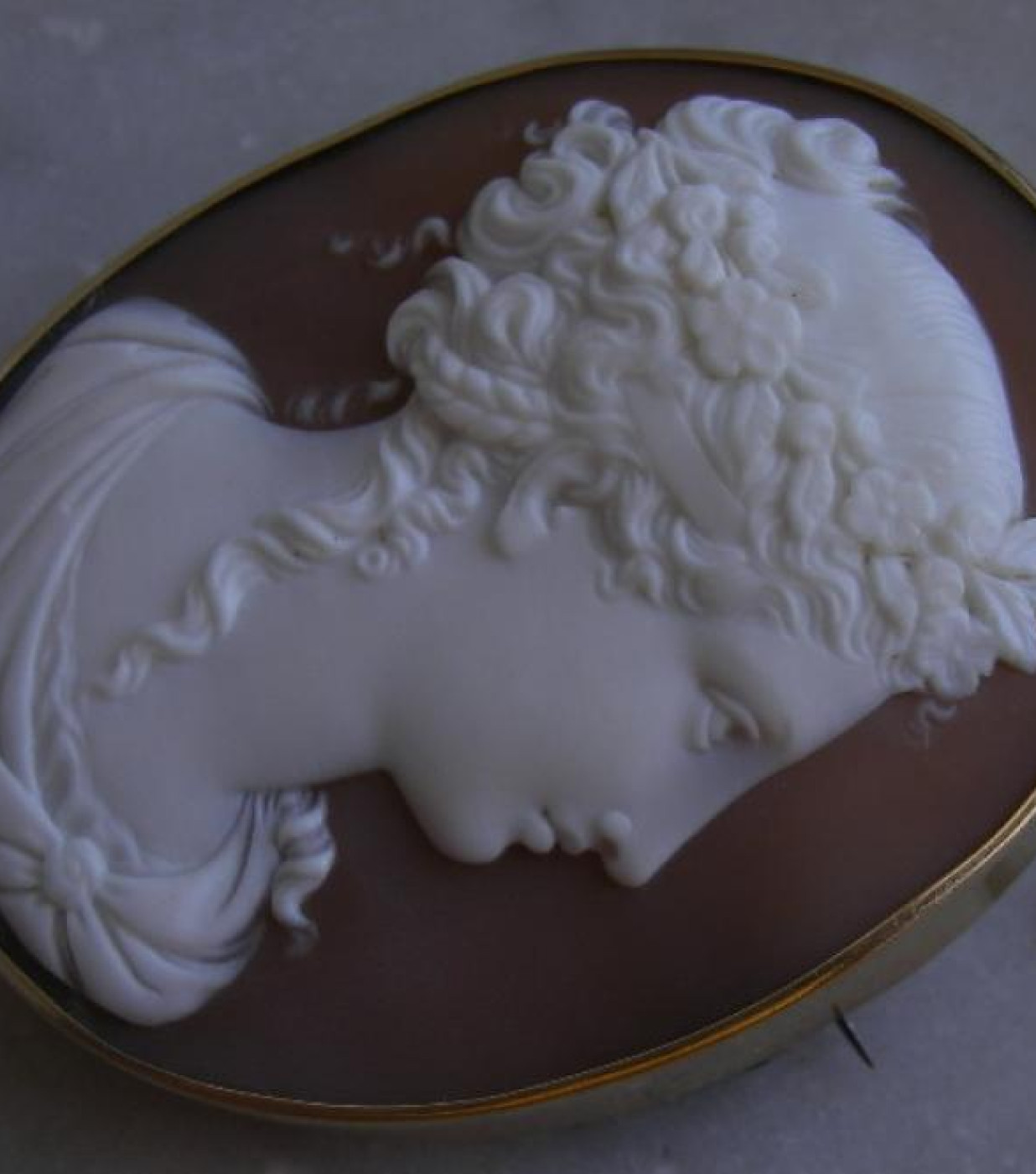 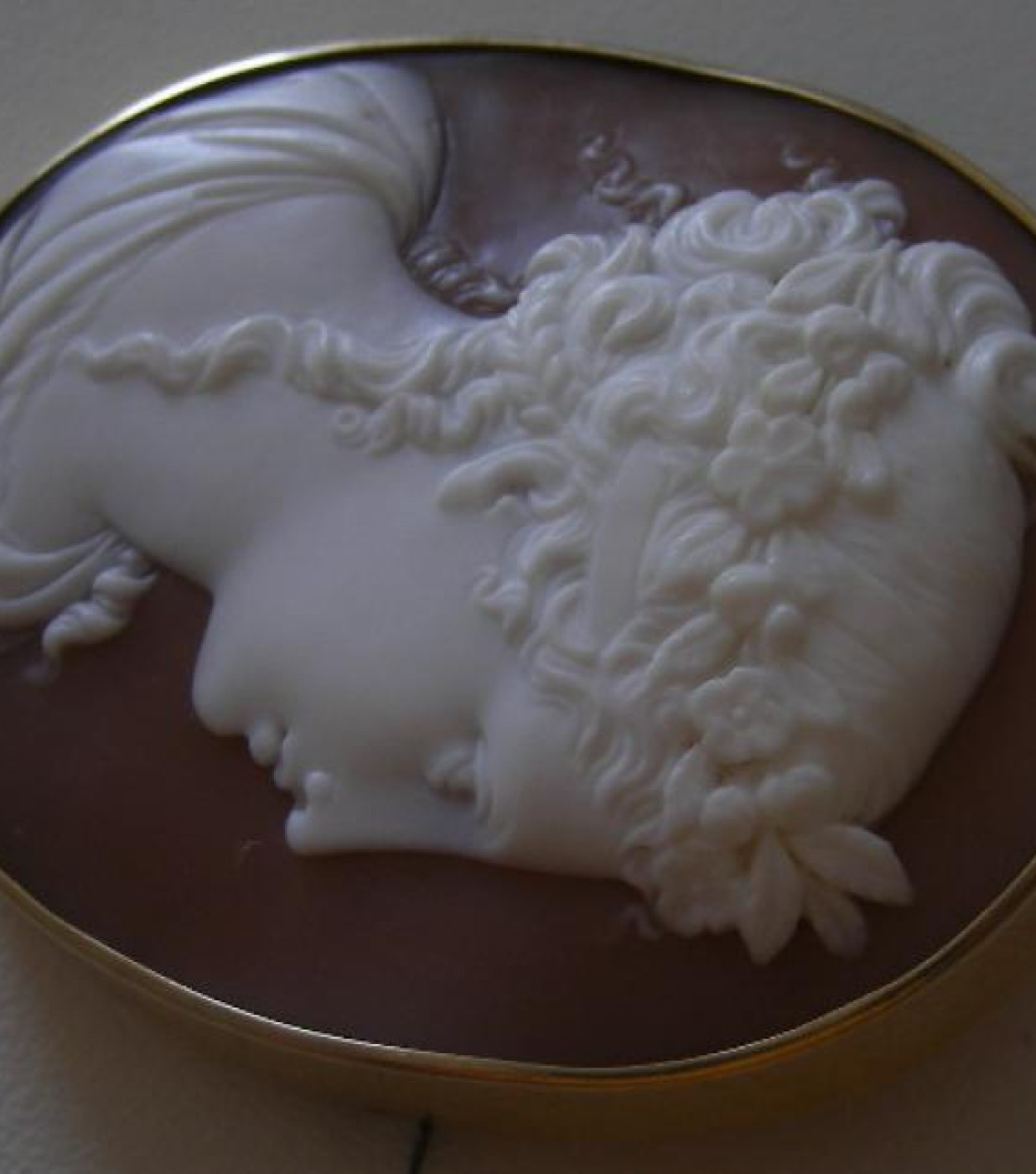 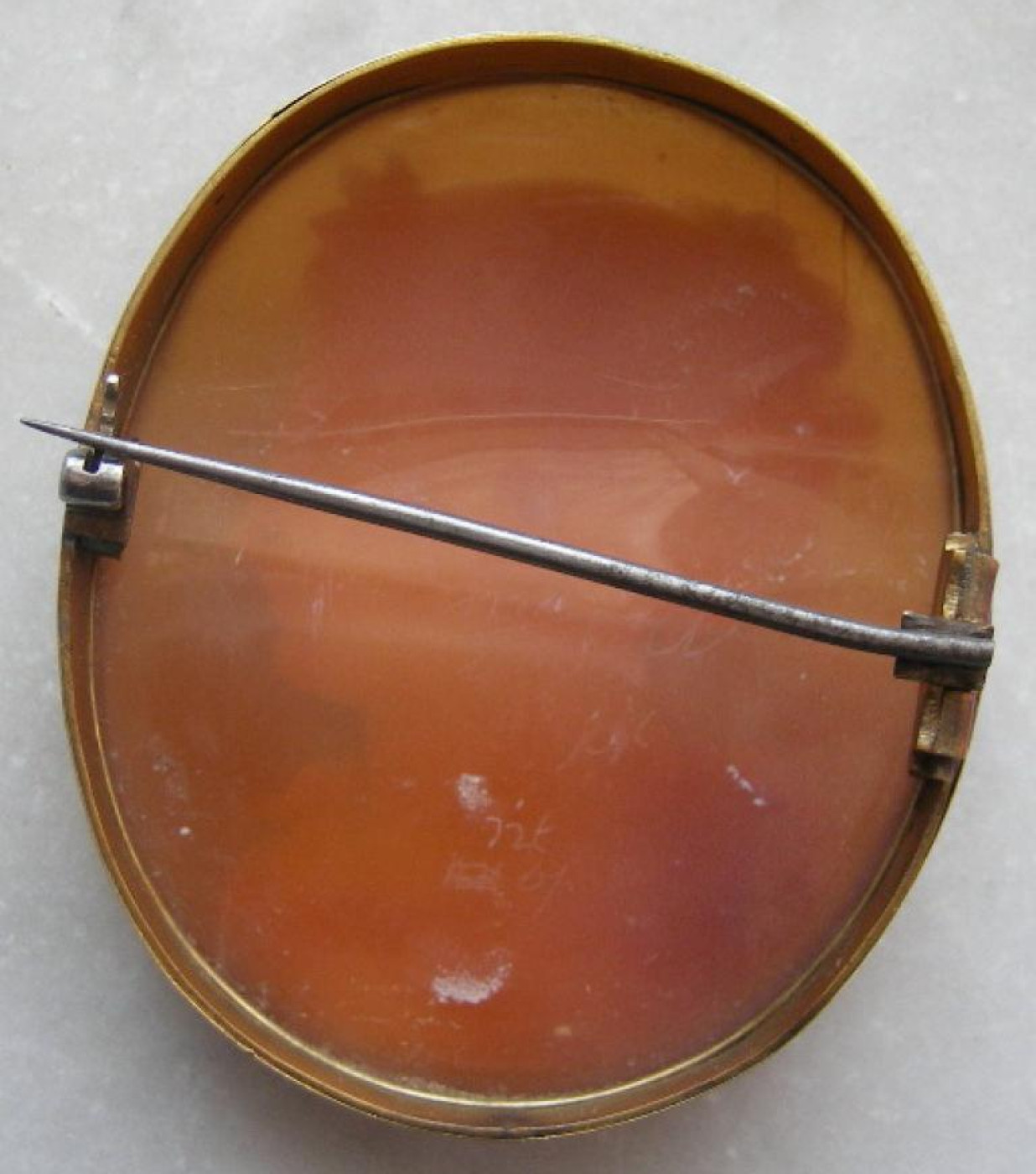 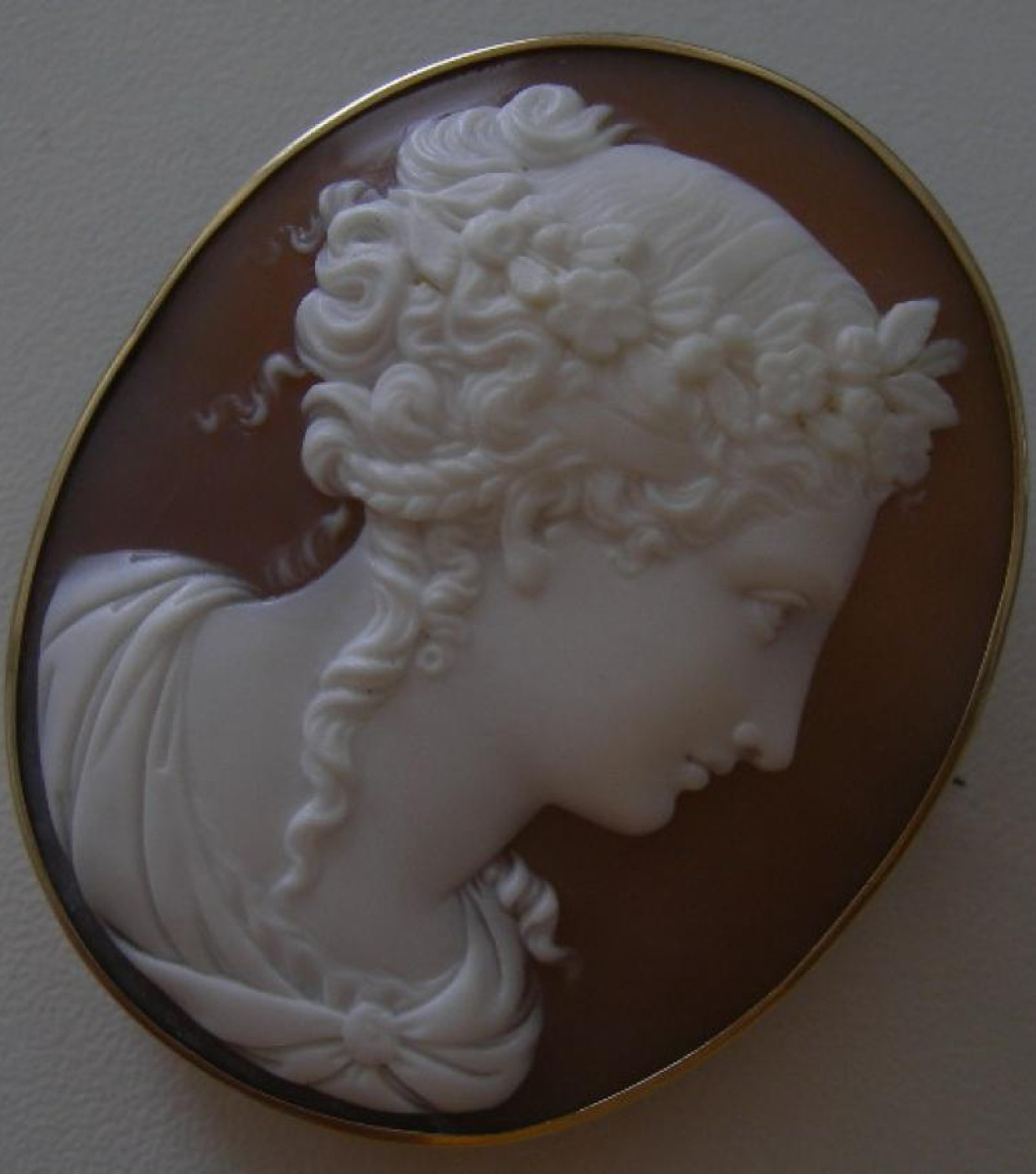 This is a cameo of surpassing beauty. Museum Quality cameo,the subject is Goddess Flora, the carving is superb.
In Roman mythology, Flora was the goddess of flowers and the season of spring. She was a relatively minor figure in Roman mythology, as there were several more important fertility goddesses, but her association with the spring gave her particular importance at the coming of springtime. Her festival, the Floralia, was held in April or early May and symbolized the renewal of the cycle of life, marked with dancing, drinking, and flowers. Her Greek equivalent was Chloris. Flora was married to Favonius, the wind god.
The frame is simple but elegant, 15 kt gold. The shell is in perfect conditions with no stress lines or chips or cracks, the era of this cameo is Victorian, about 1860, A  very desiderable cameo for any collector.