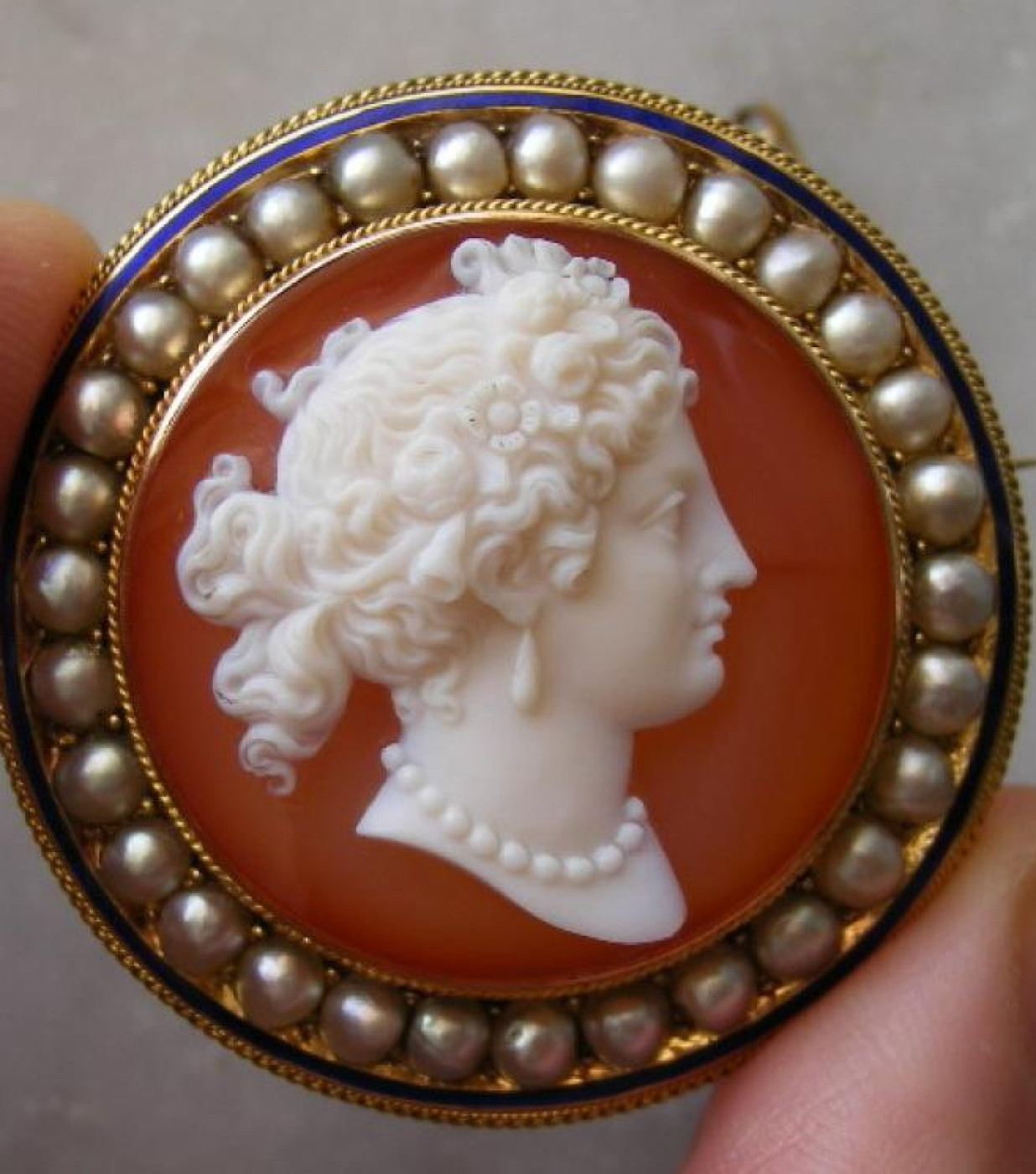 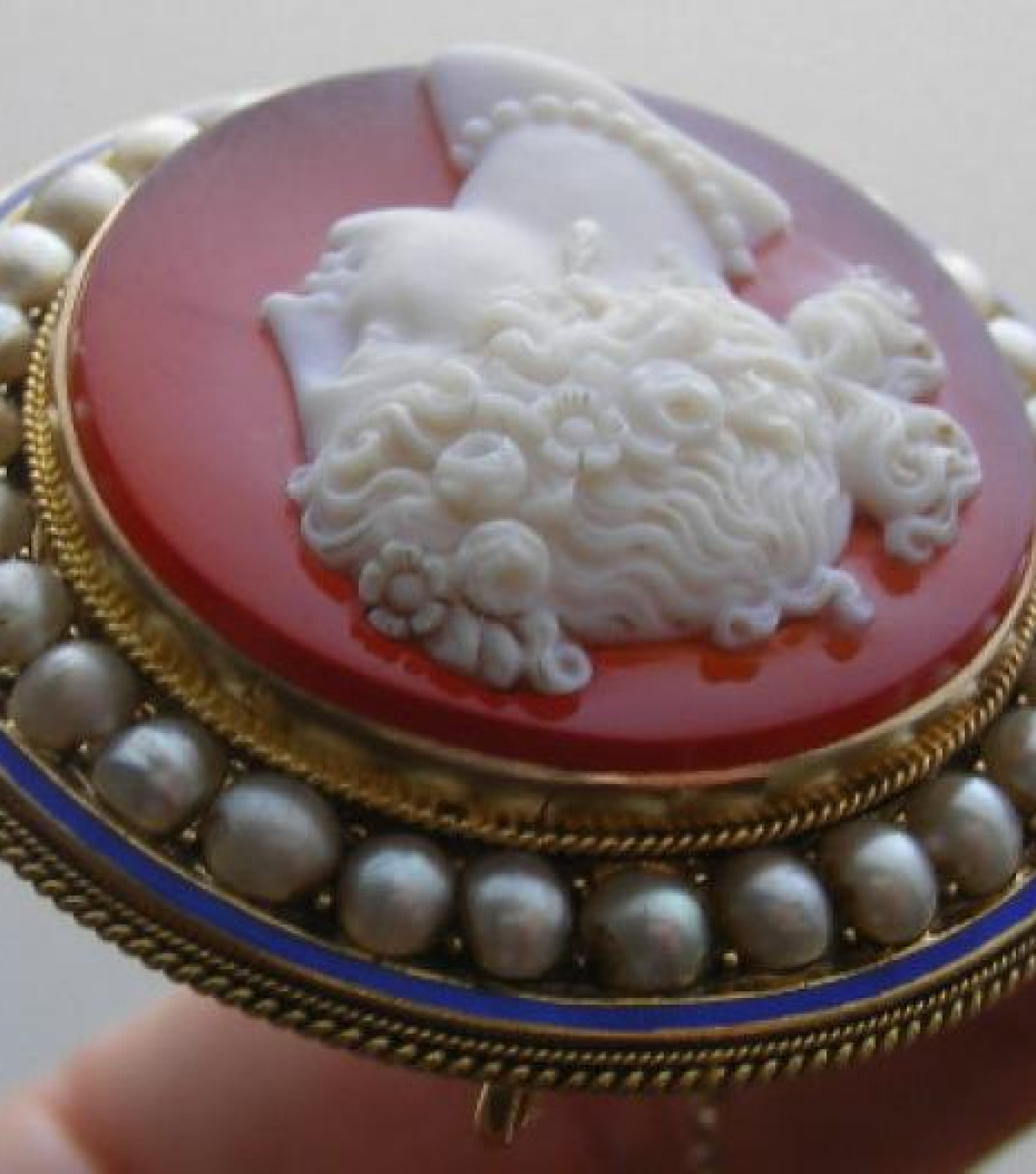 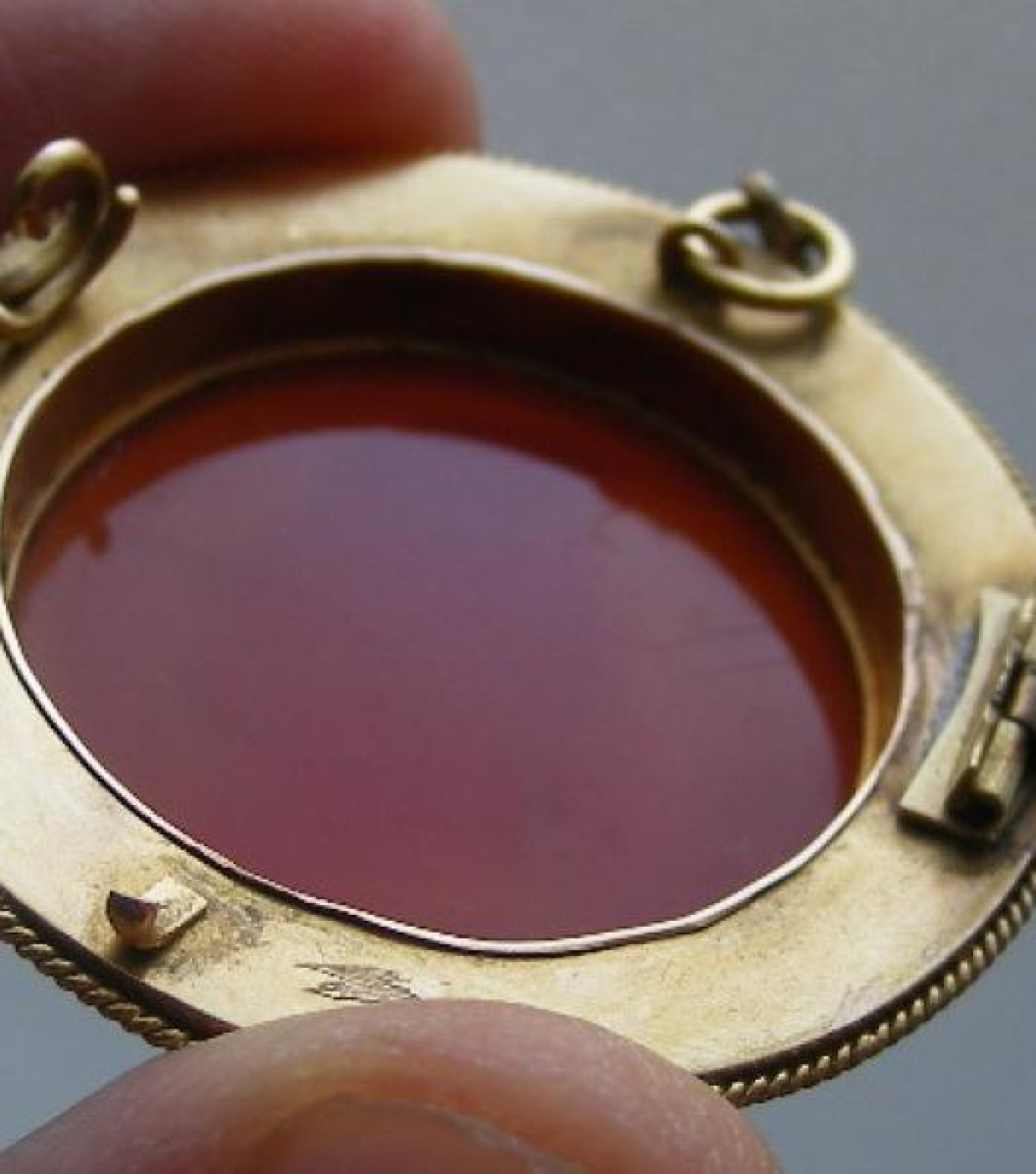 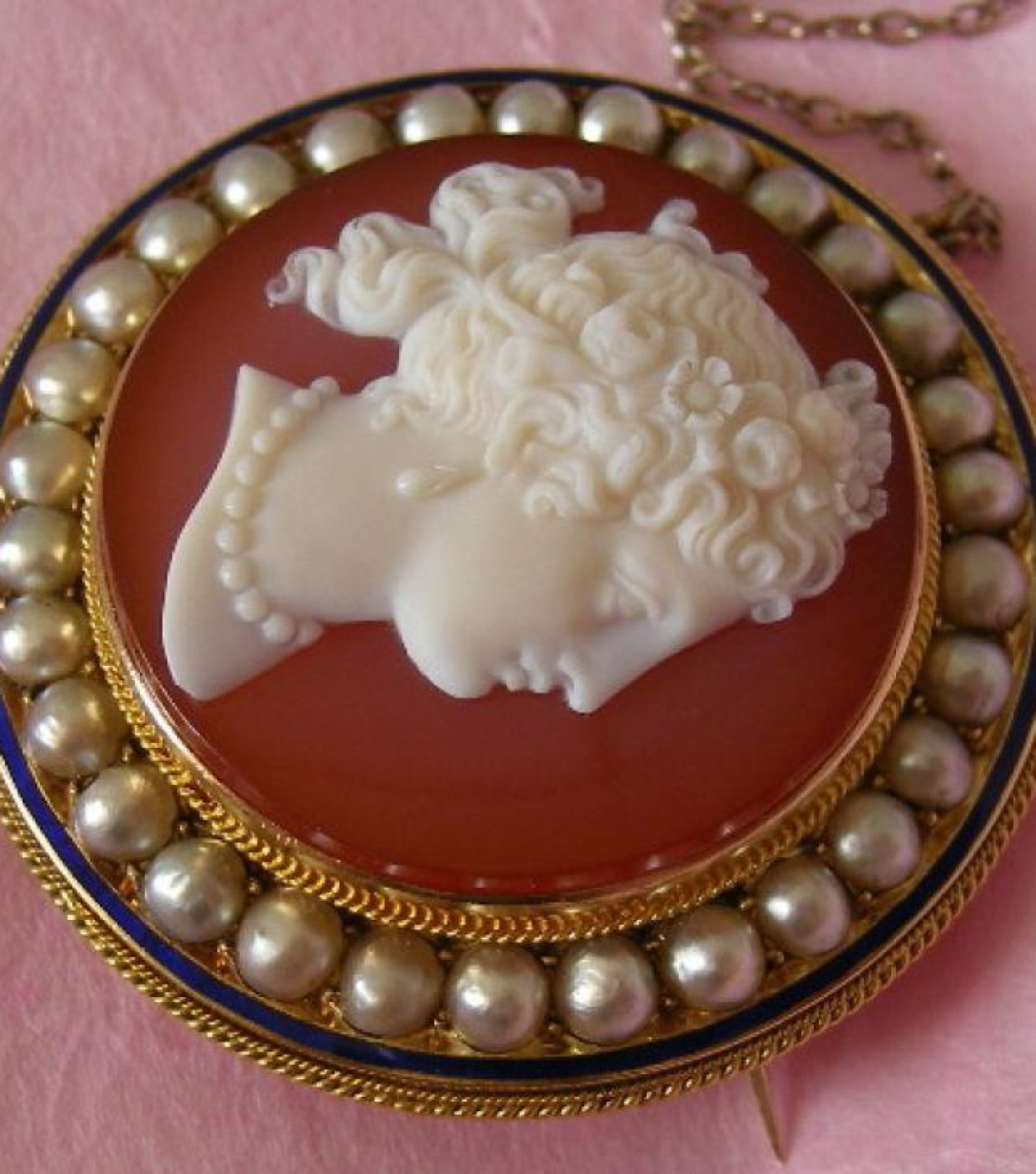 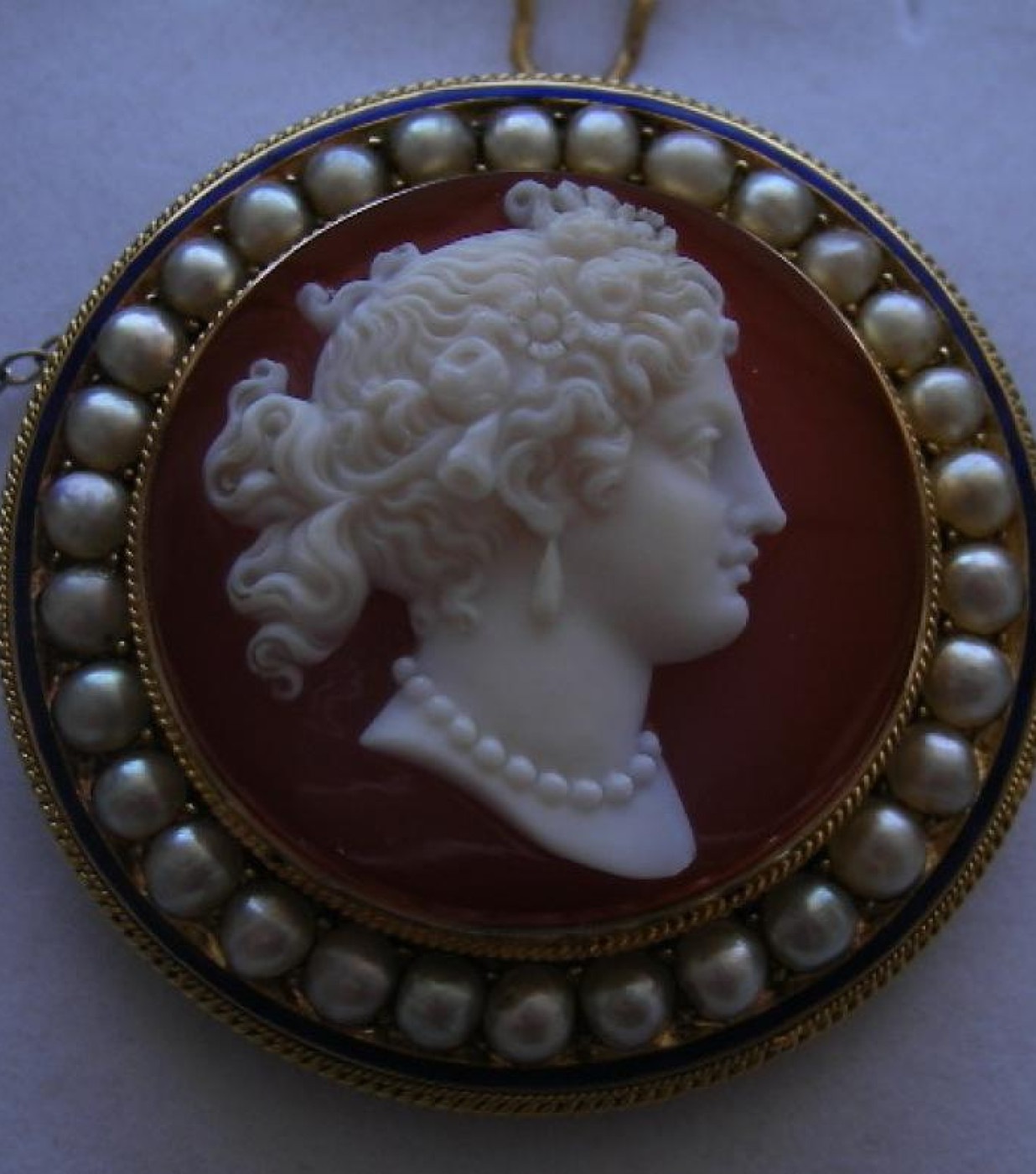 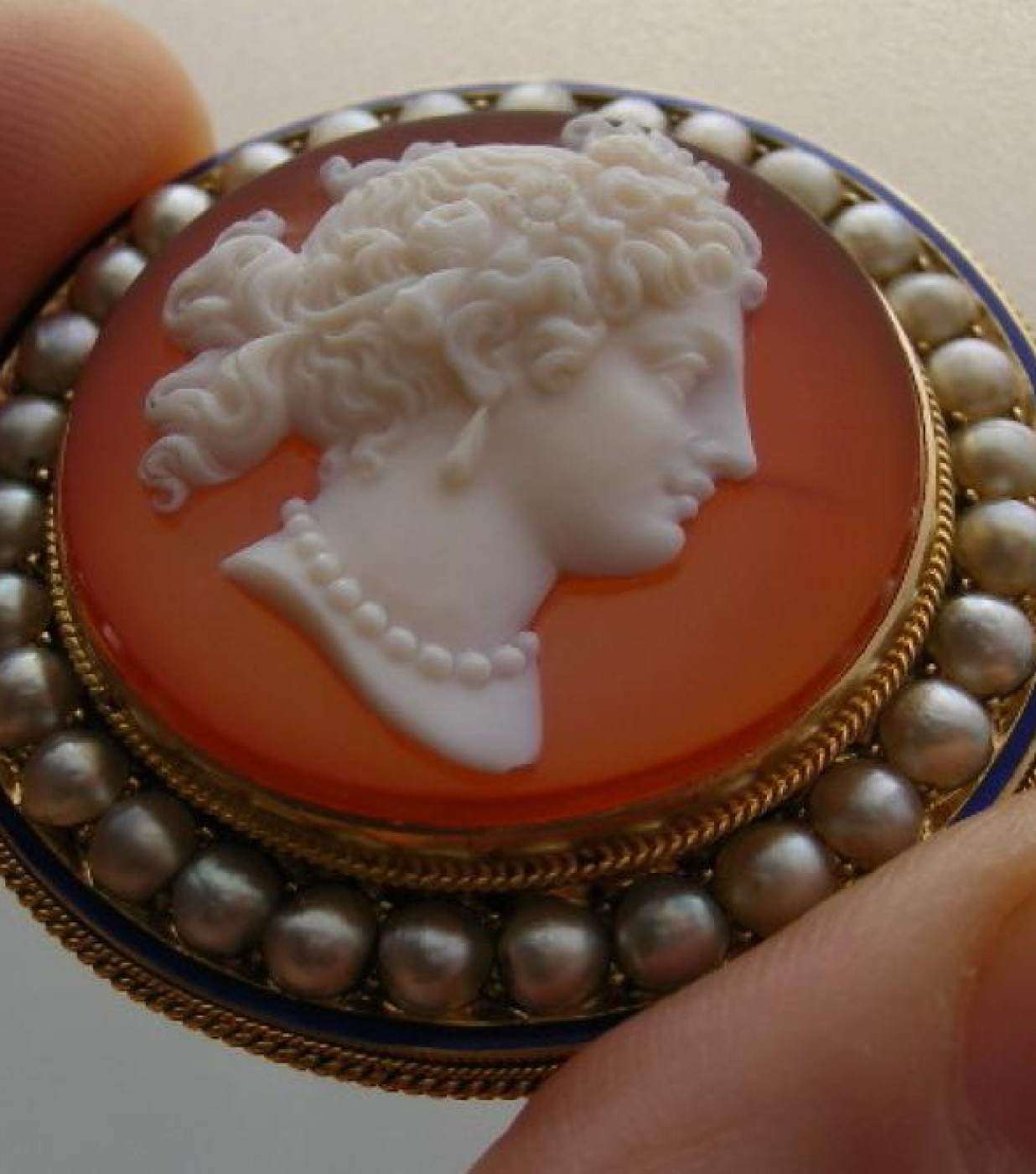 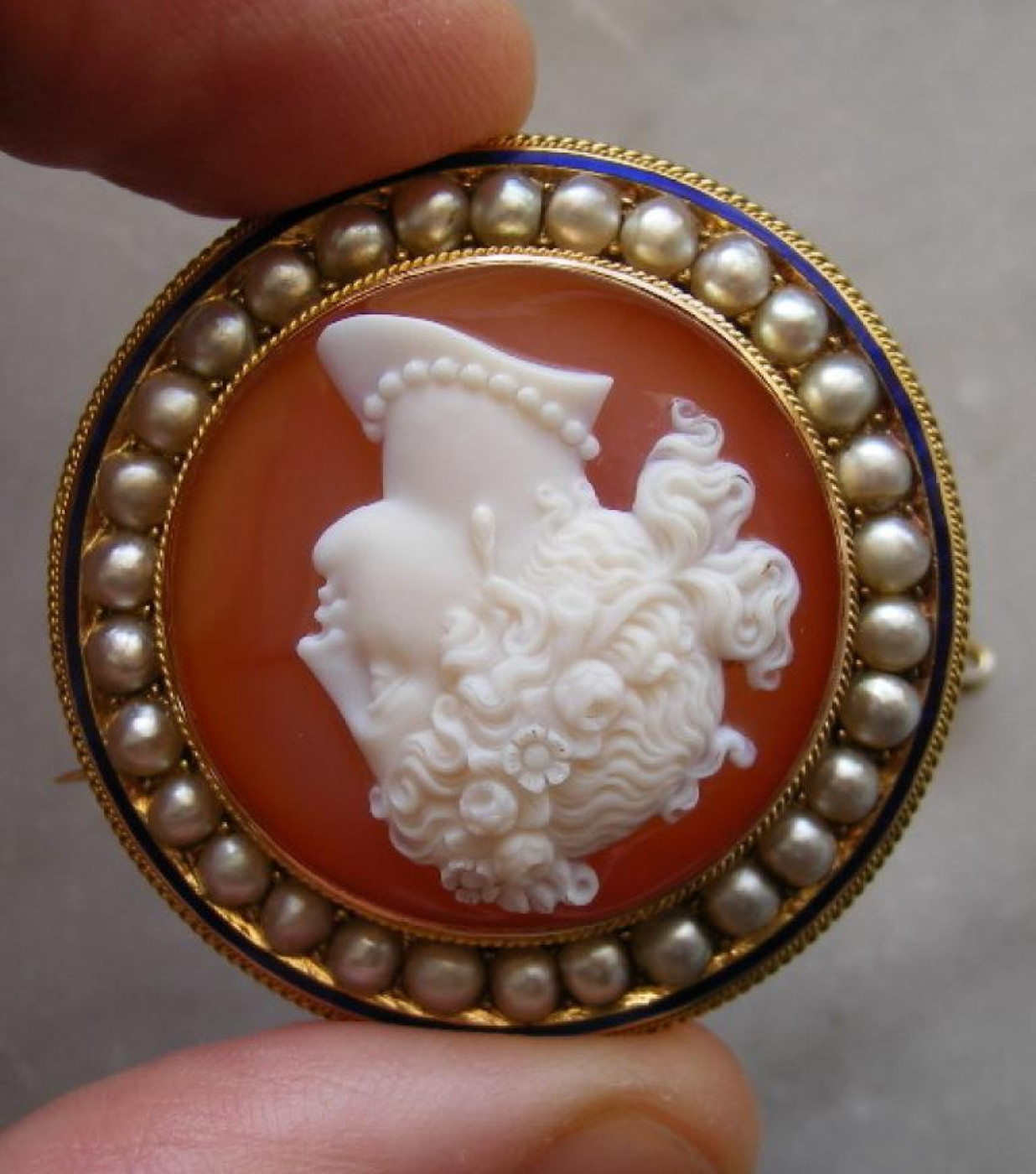 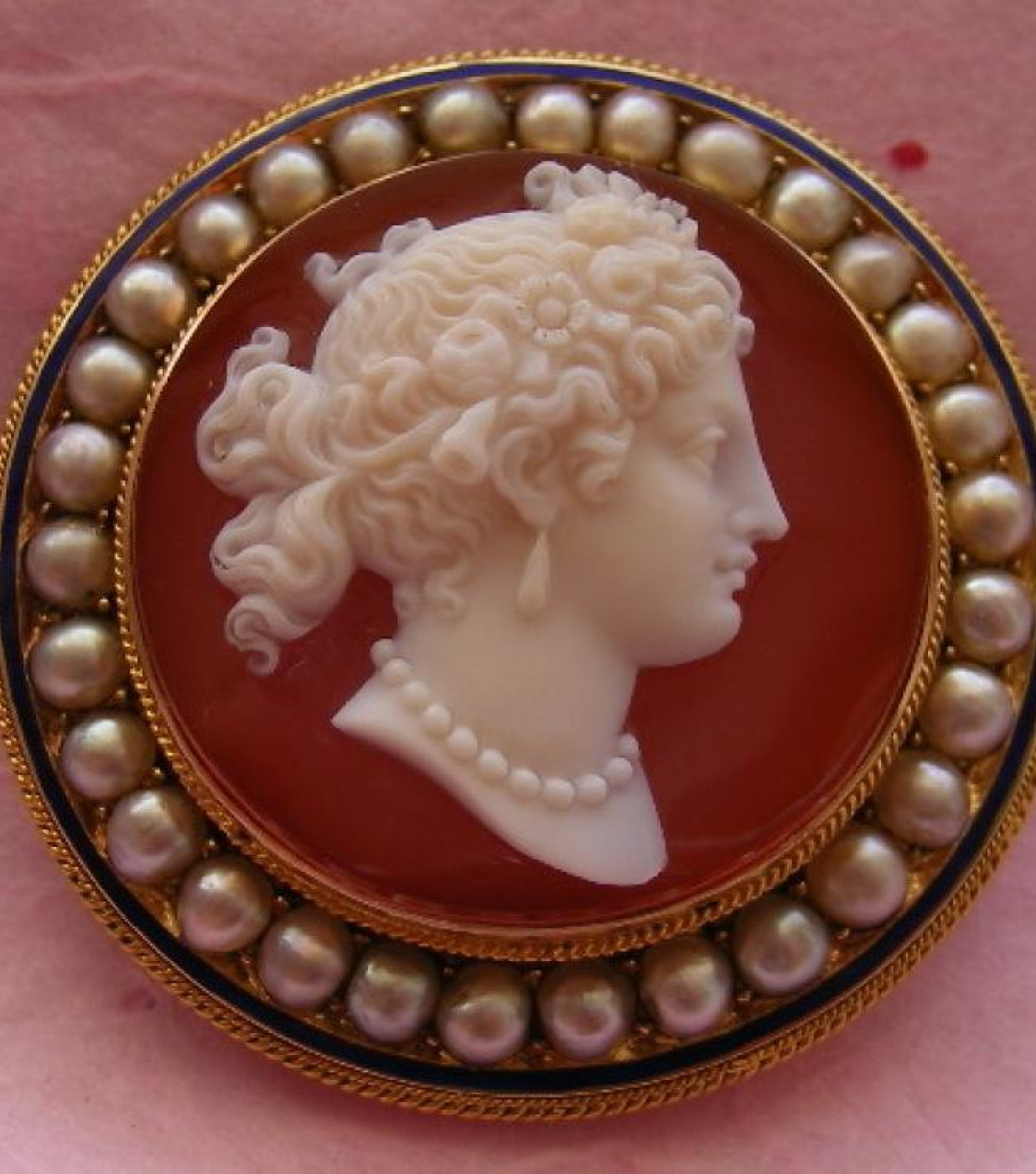 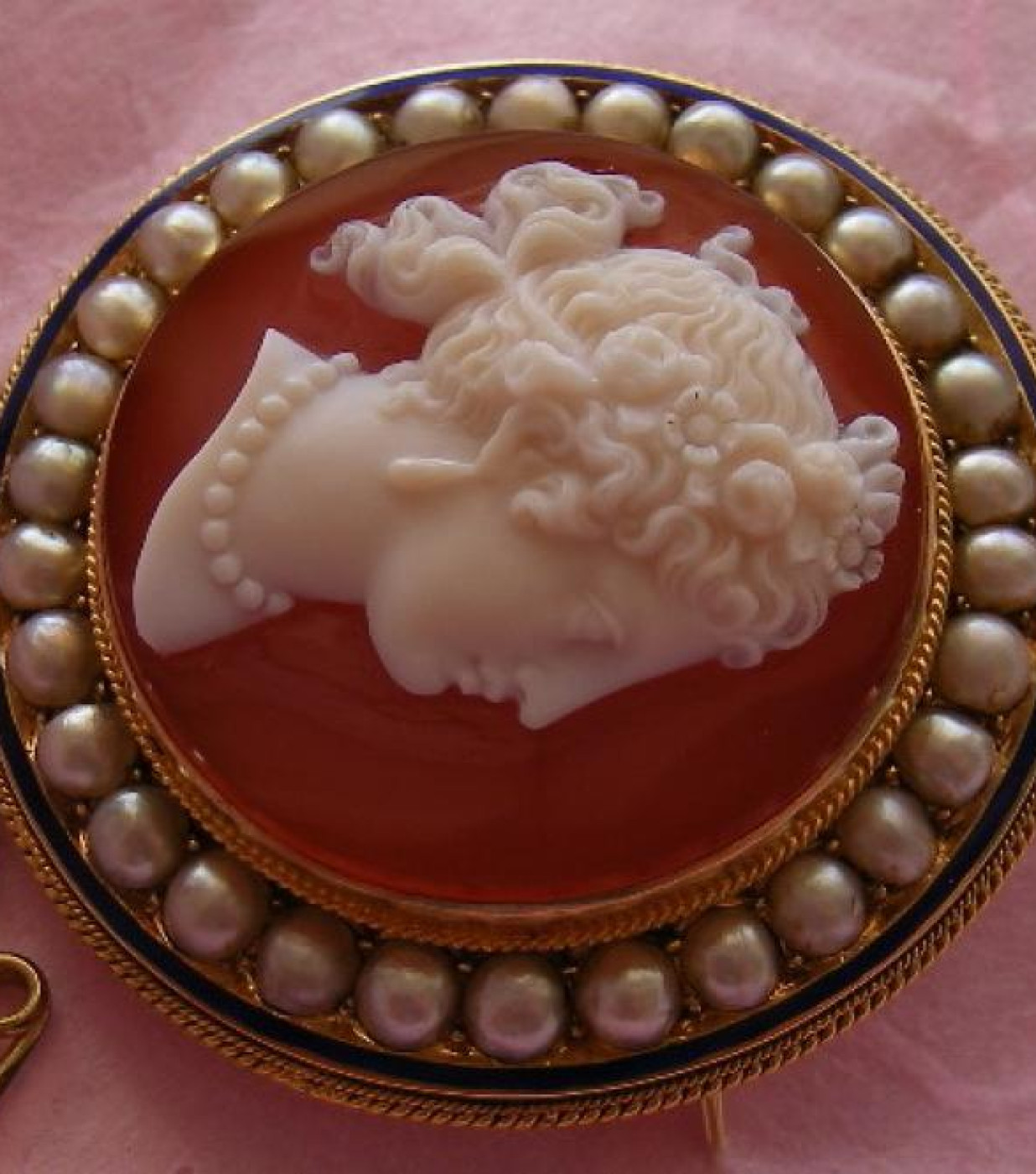 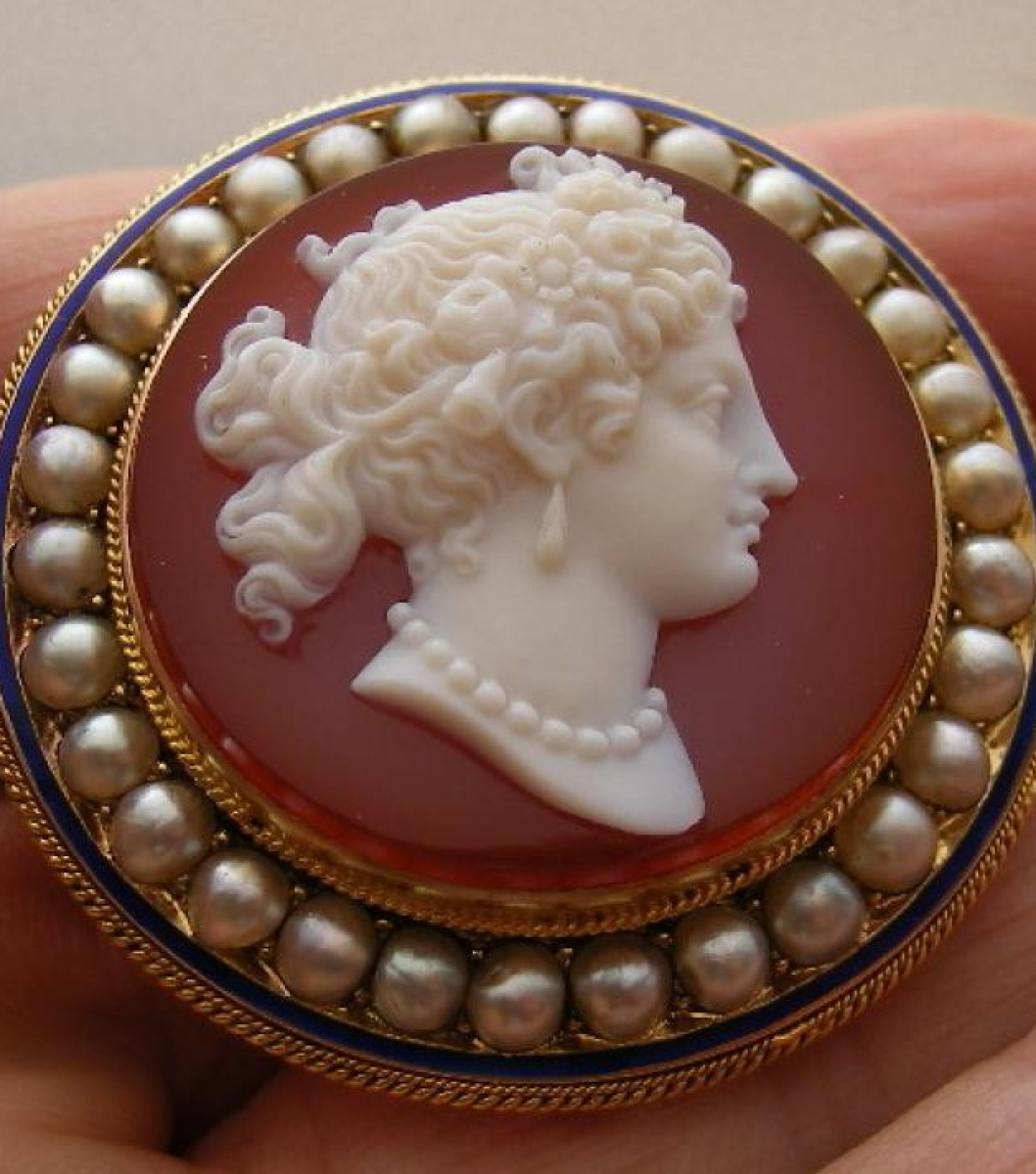 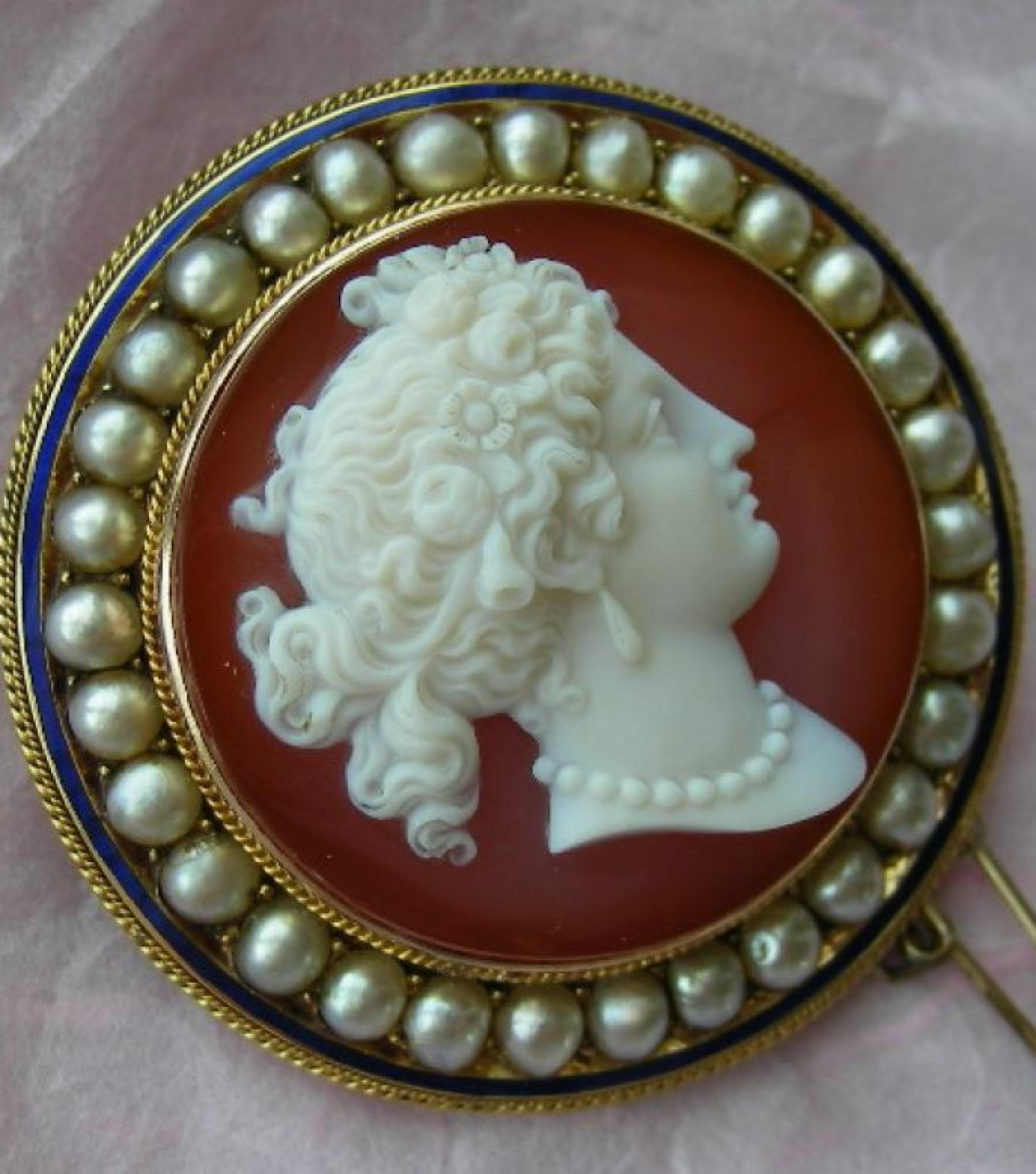 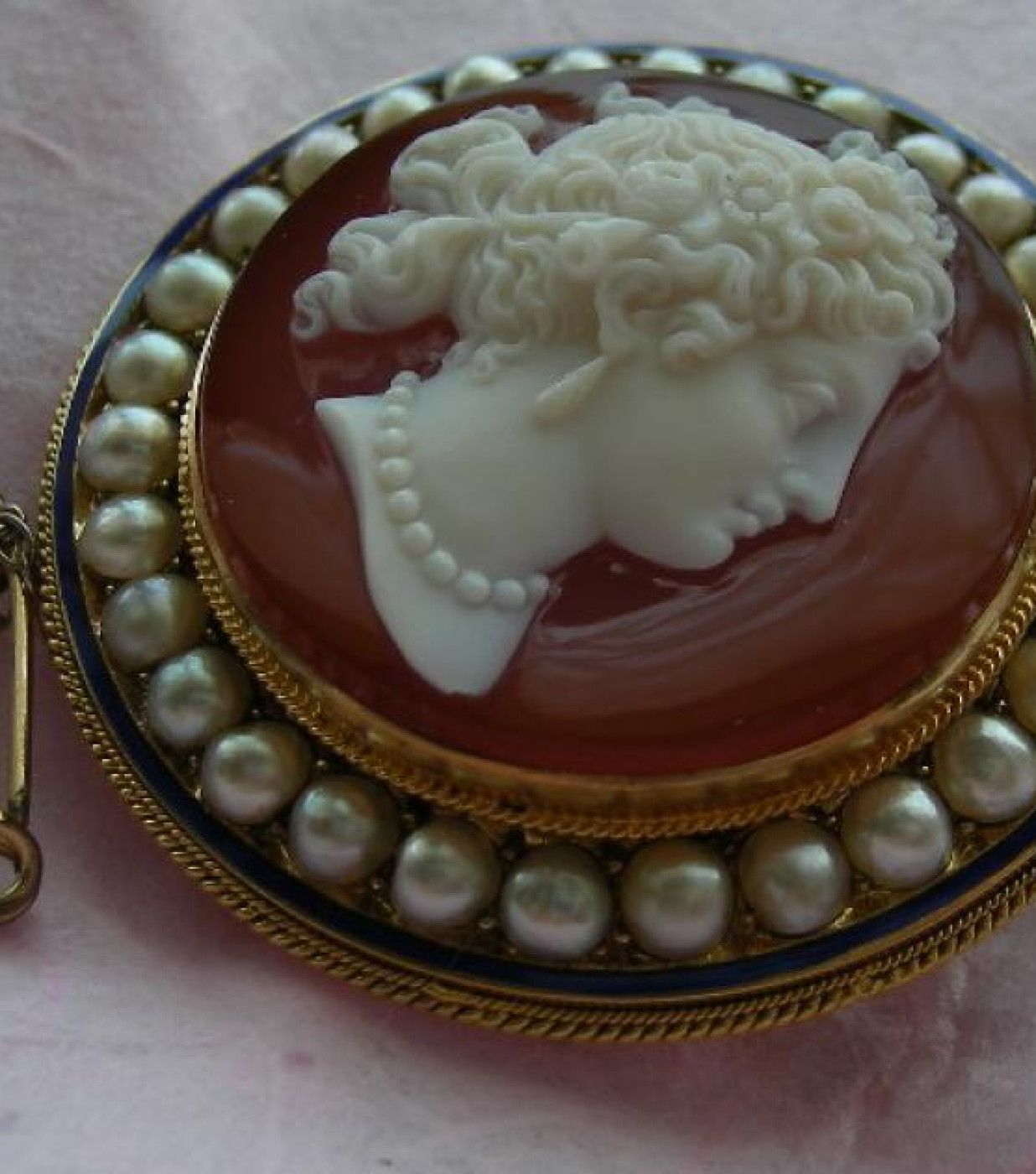 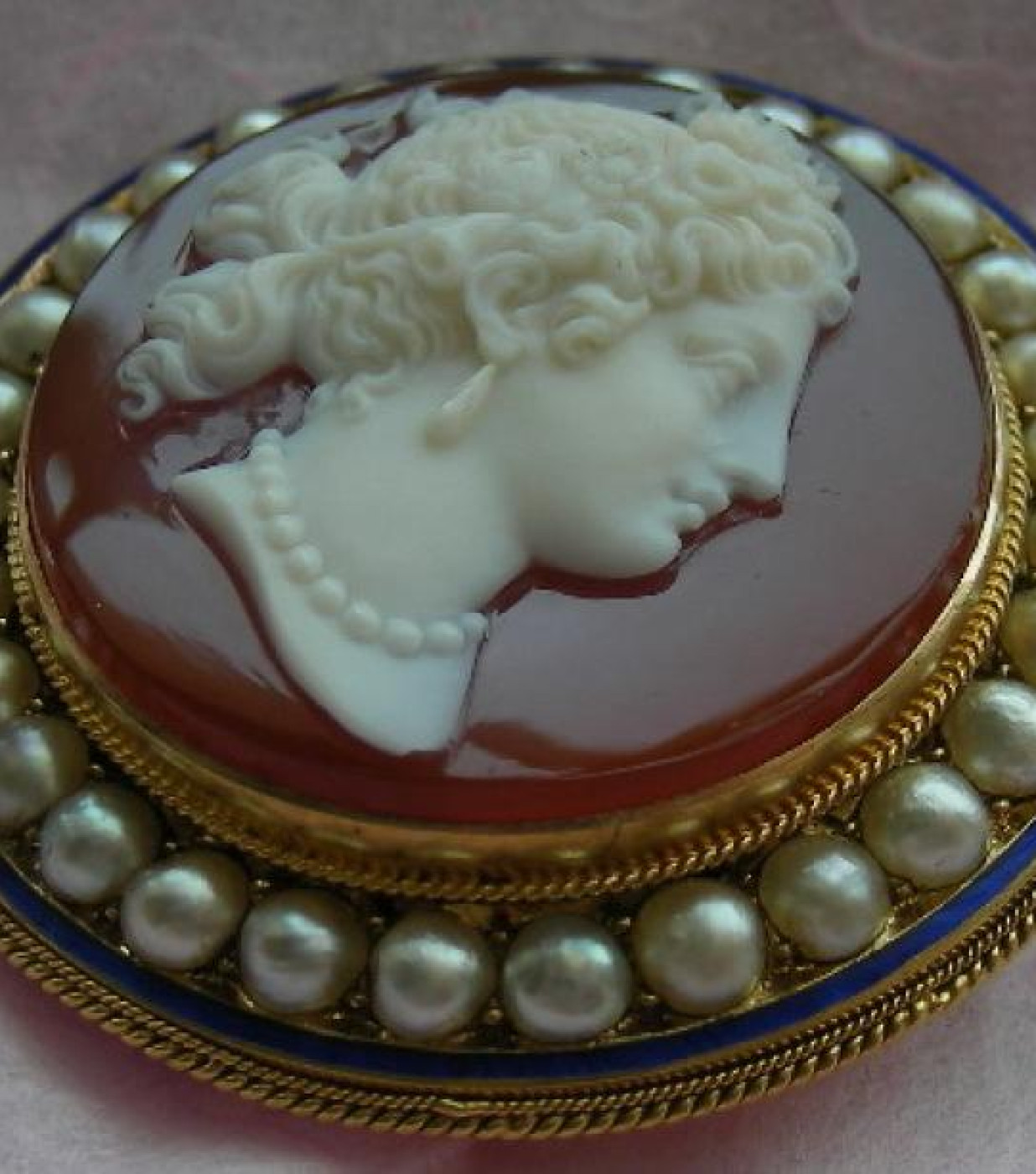 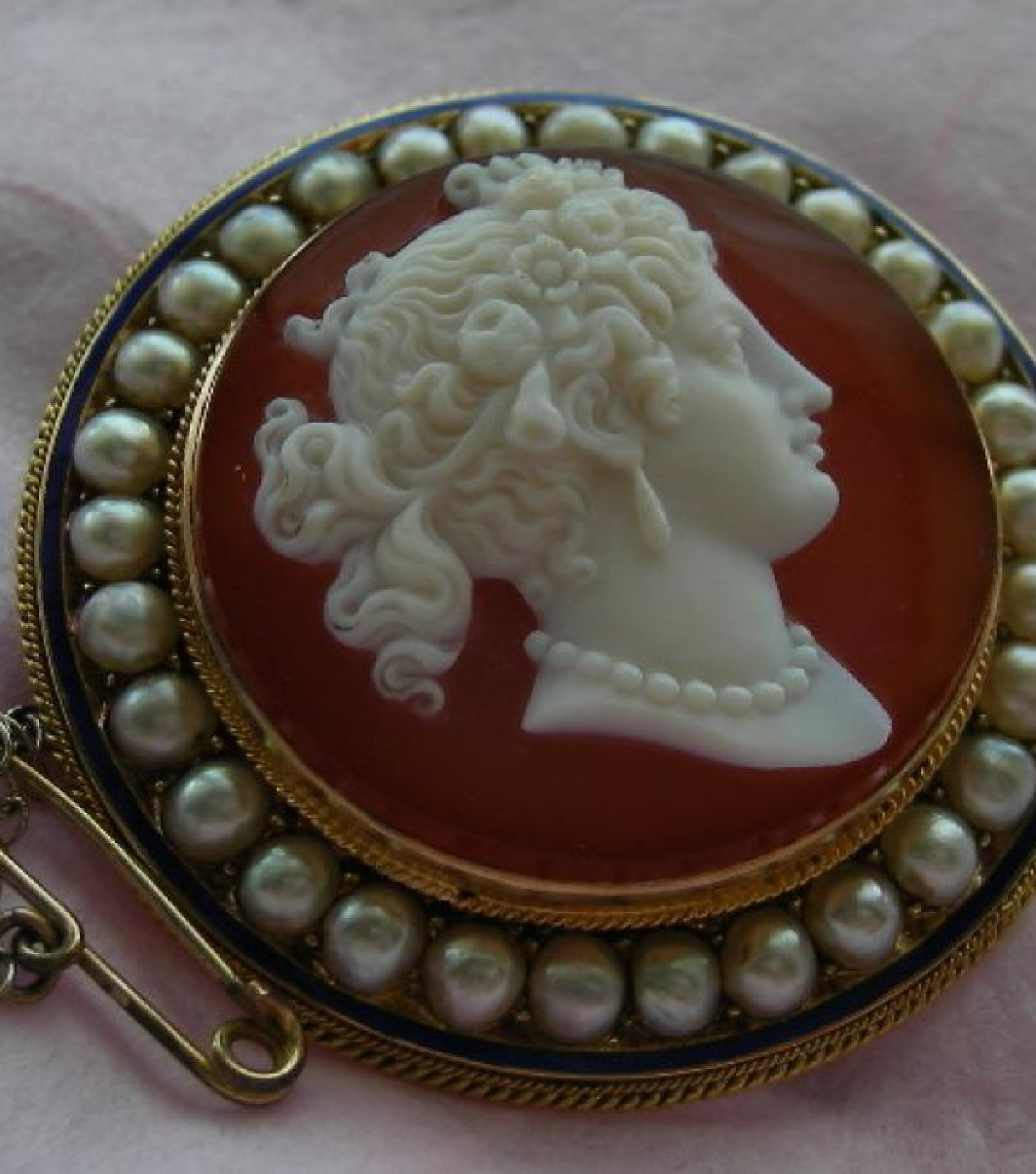 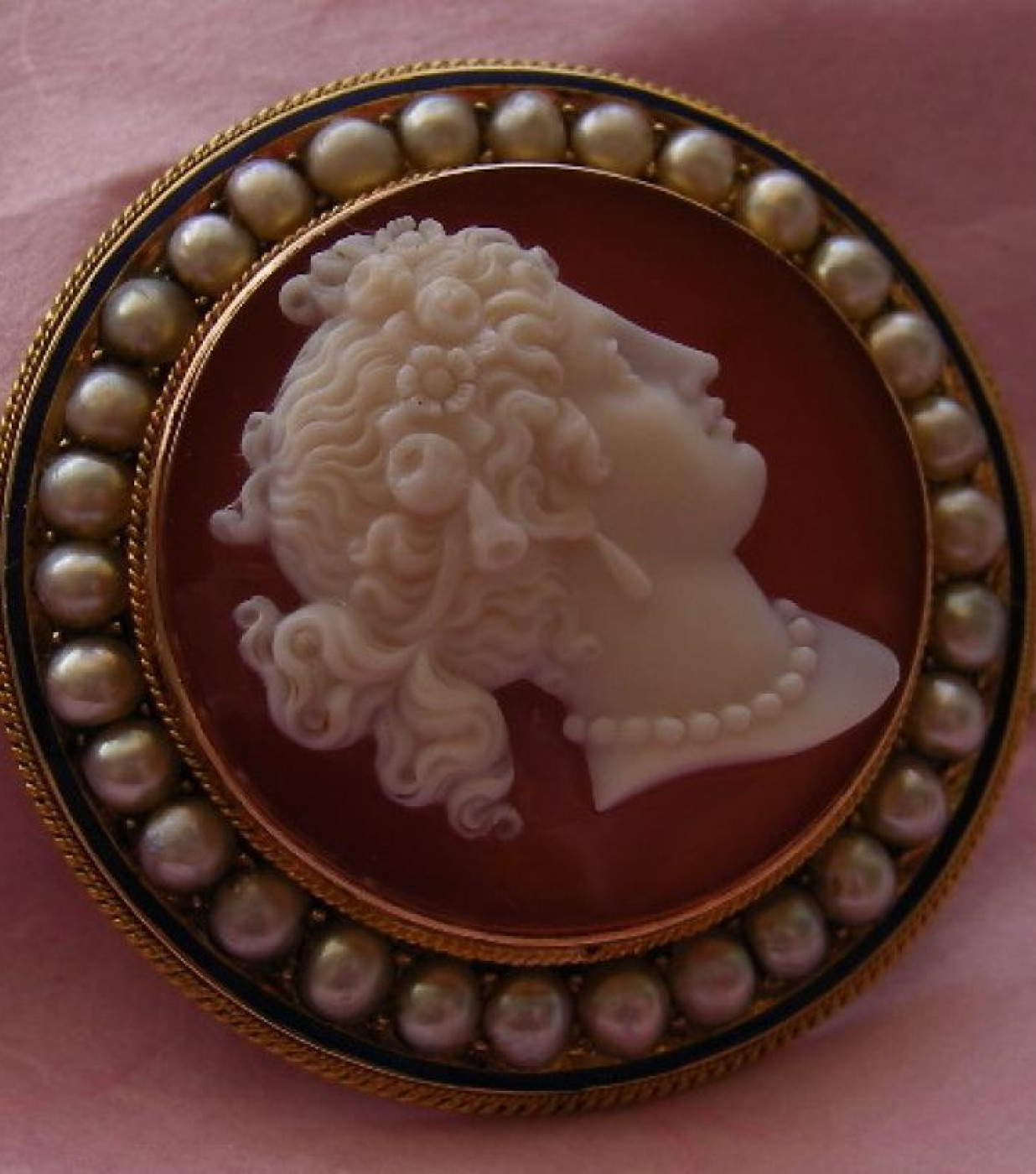 Museum Quality cameo depicting Goddess Flora, the carving is superb. Unusually, there are daises too in her hair, as usually she's depicted  wearing roses.  Look at the beauty of the facial features, she seems alive. The frame completes the beauty of this cameo, genuine pearls and blue enamel make it a real rare finding. This is one of most beautiful Flora I have ever handled, the pictures speak by themselves. This is another masterly carved cameo. A very desirable collectors piece, rare and museum quality cameo.
A bit of History:
In Roman mythology, Flora was the goddess of flowers and the season of spring. She was a relatively minor figure in Roman mythology, as there were several more important fertility goddesses, but her association with the spring gave her particular importance at the coming of springtime. Her festival, the Floralia, was held in April or early May and symbolized the renewal of the cycle of life, marked with dancing, drinking, and flowers. Her Greek equivalent was Chloris. Flora was married to Favonius, the wind god.