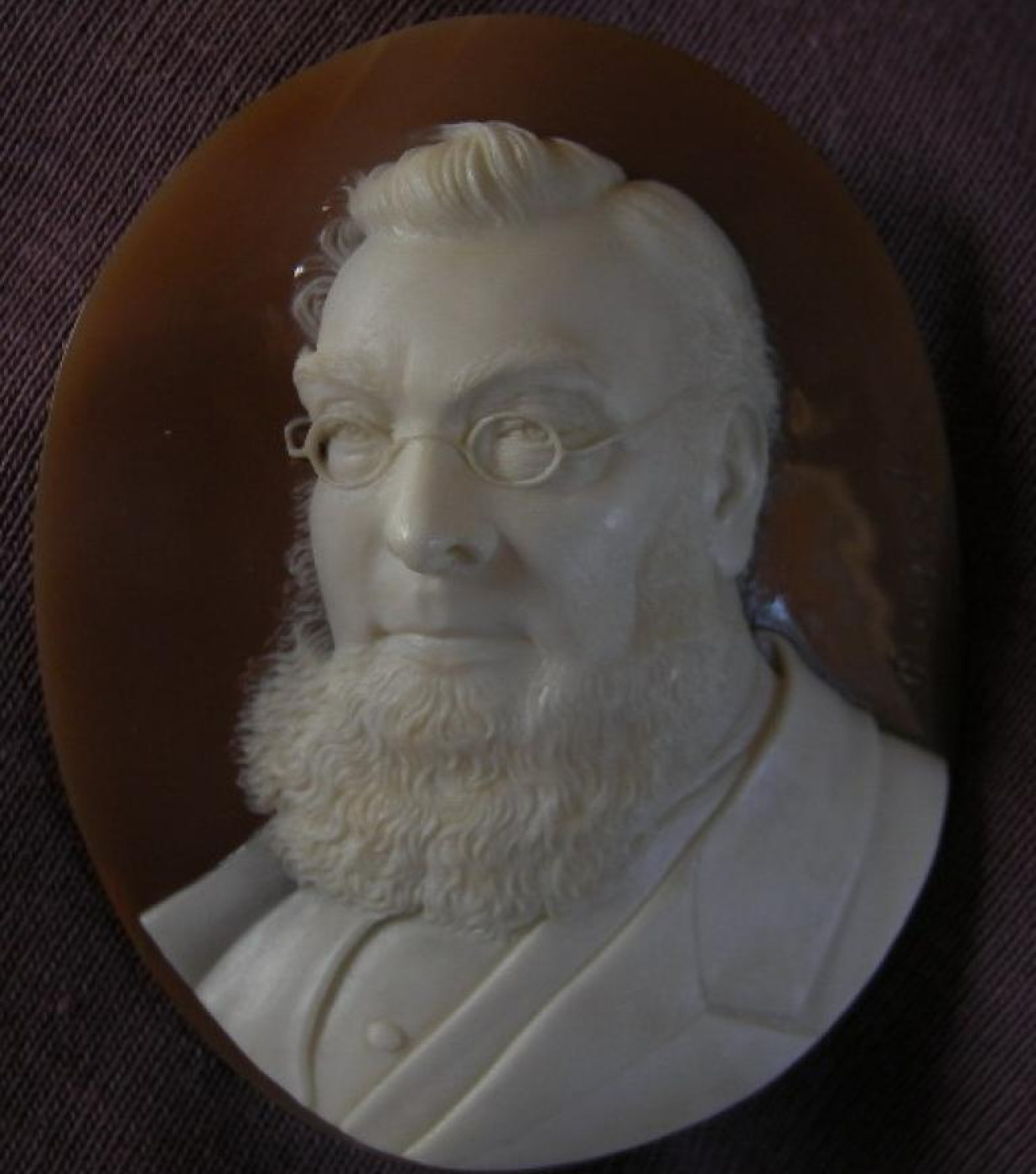 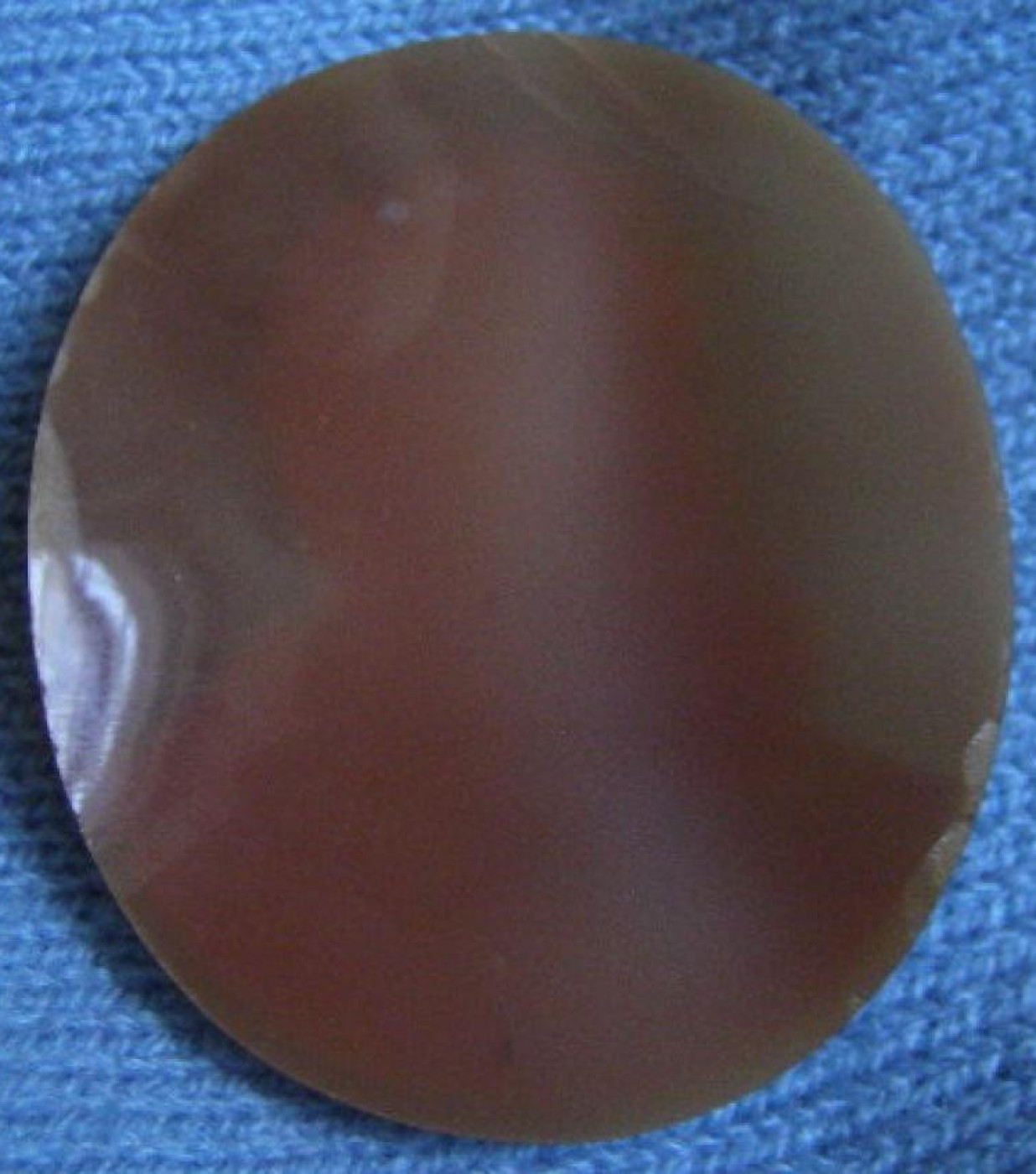 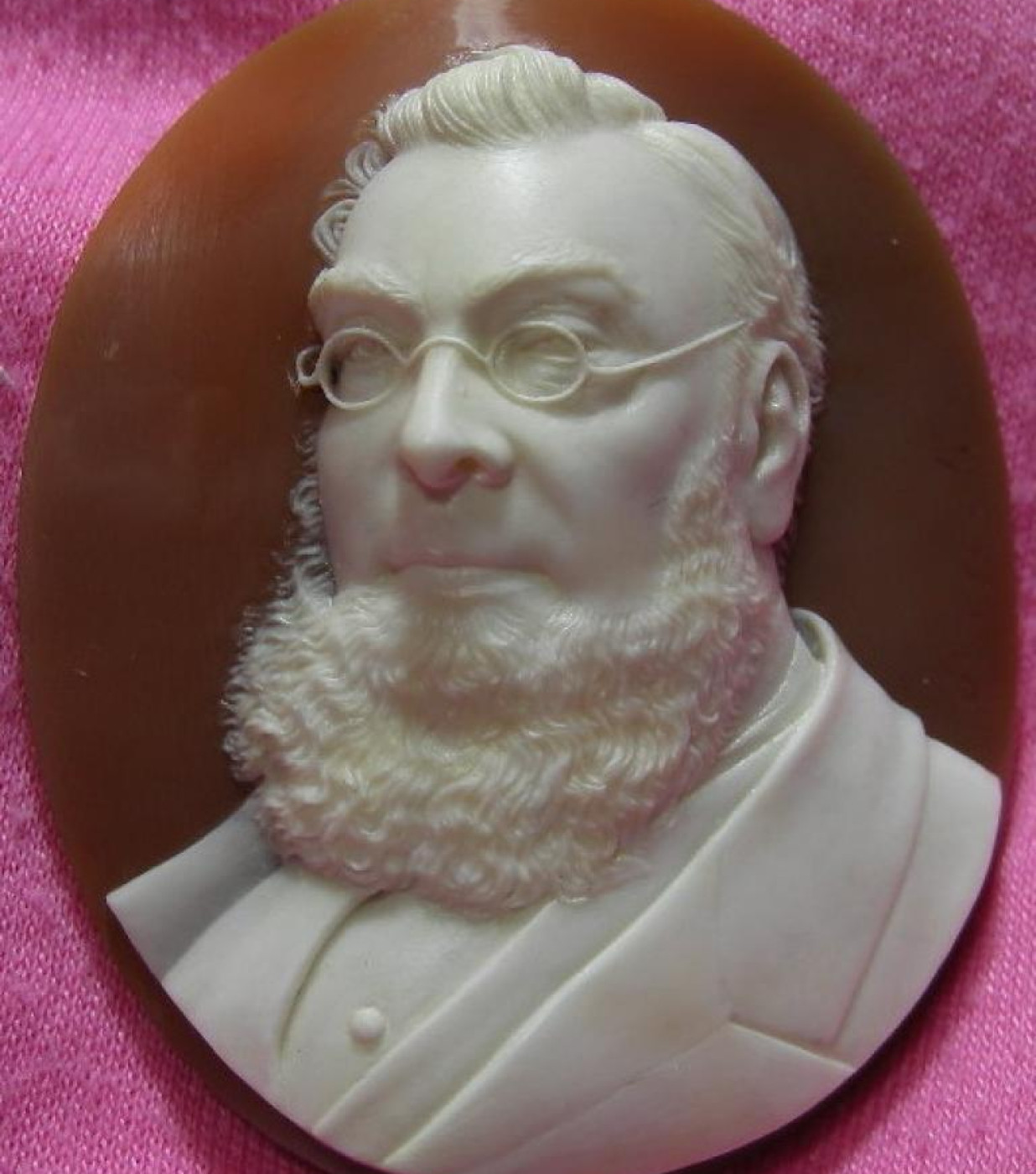 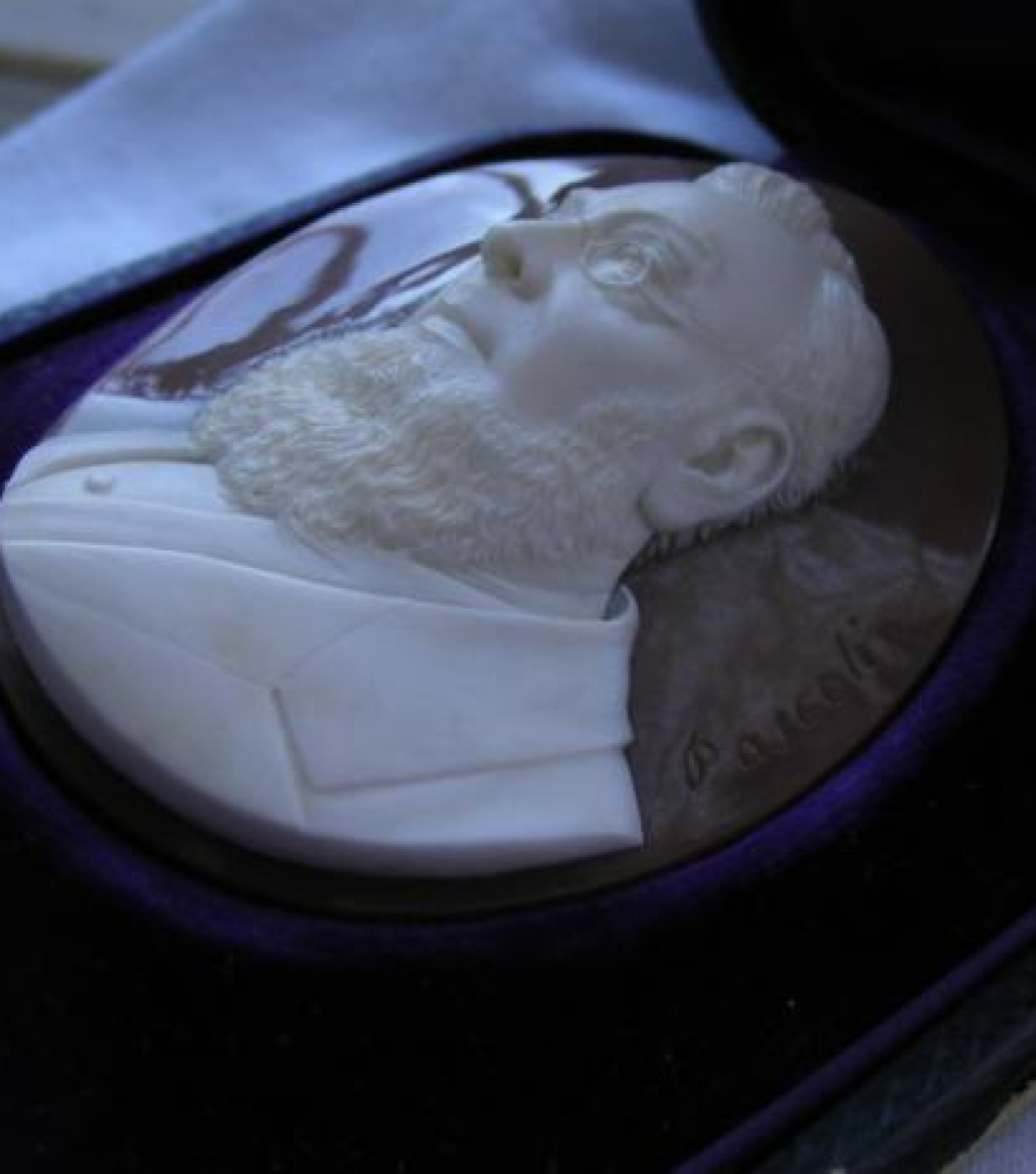 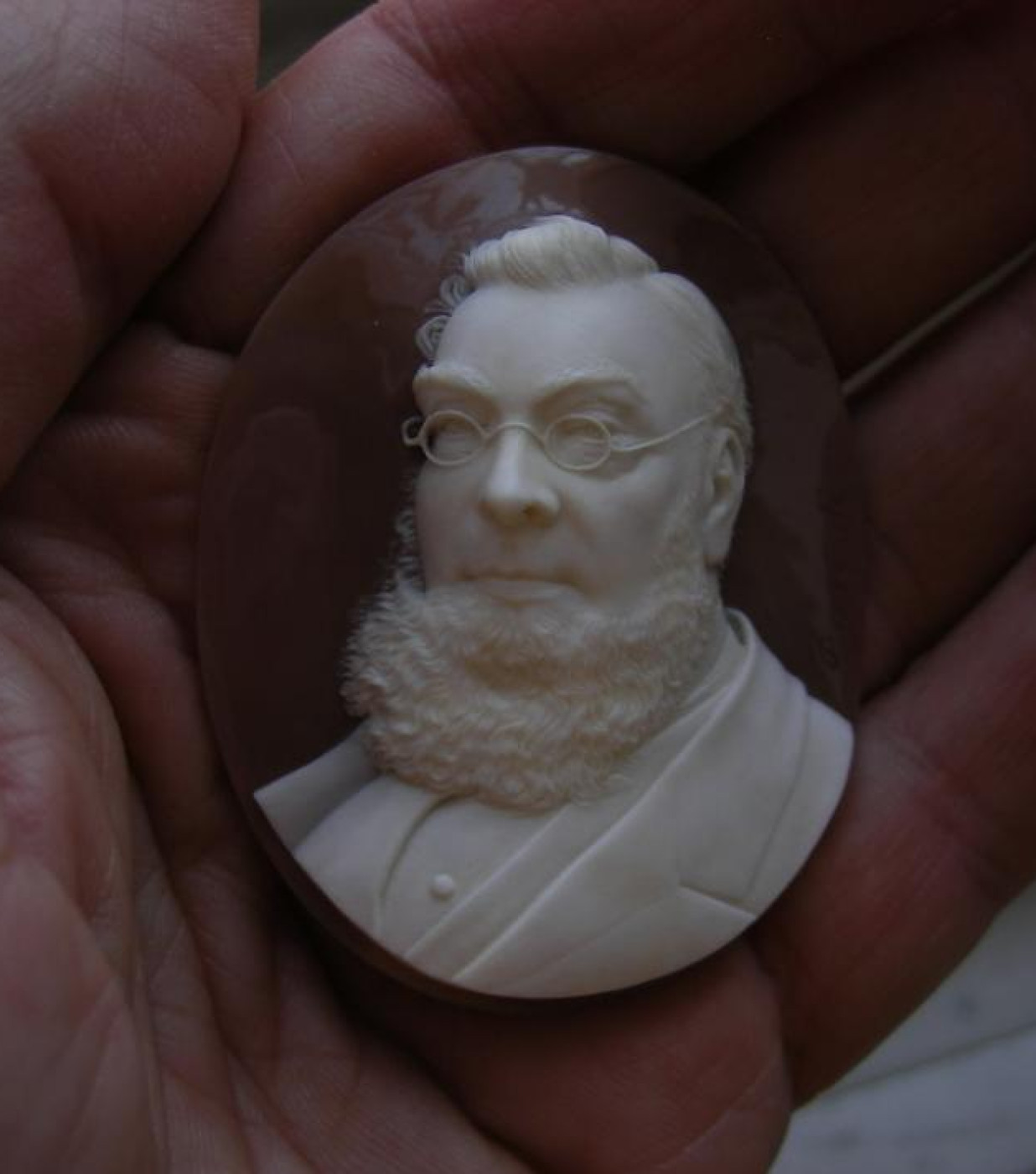 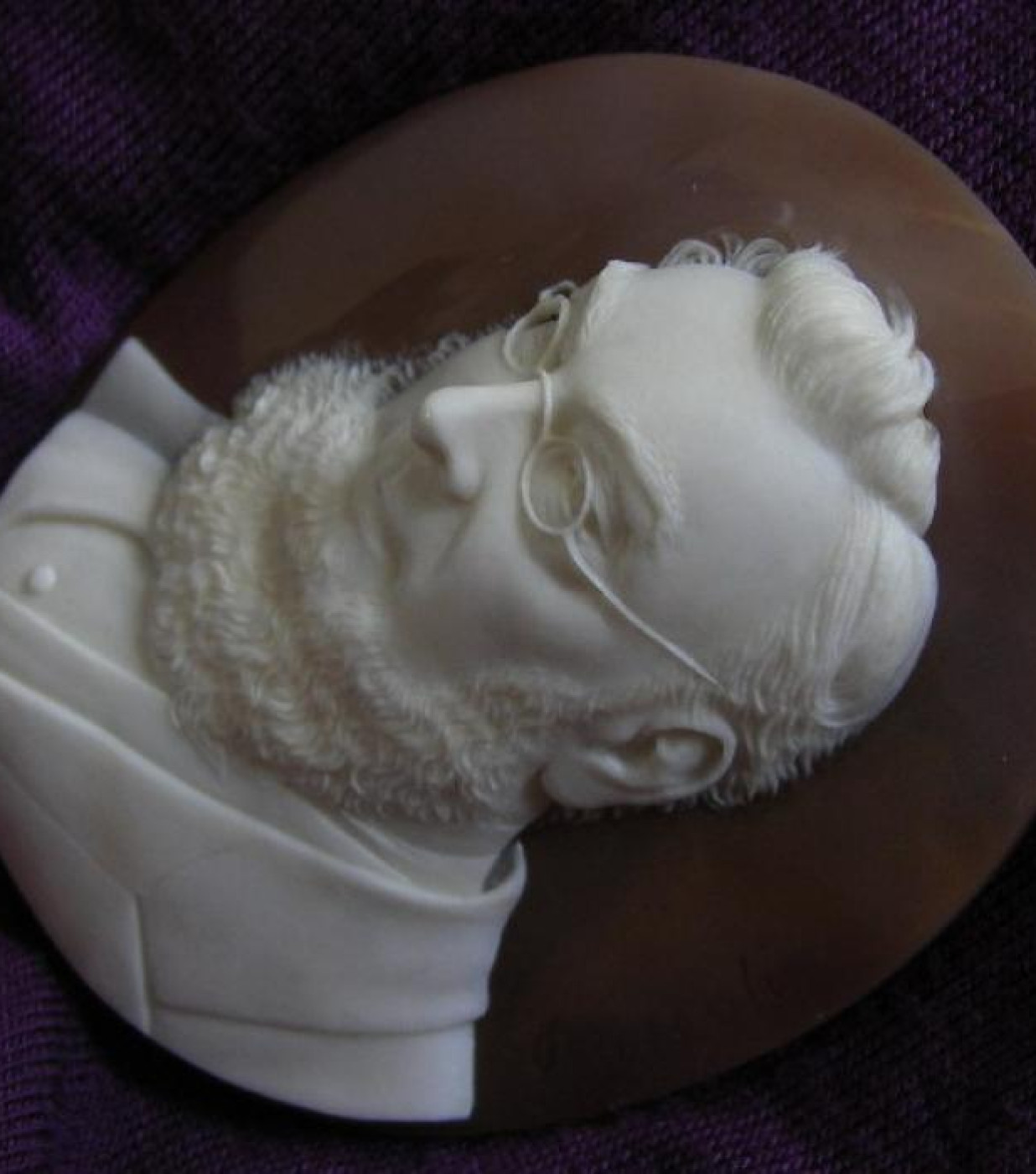 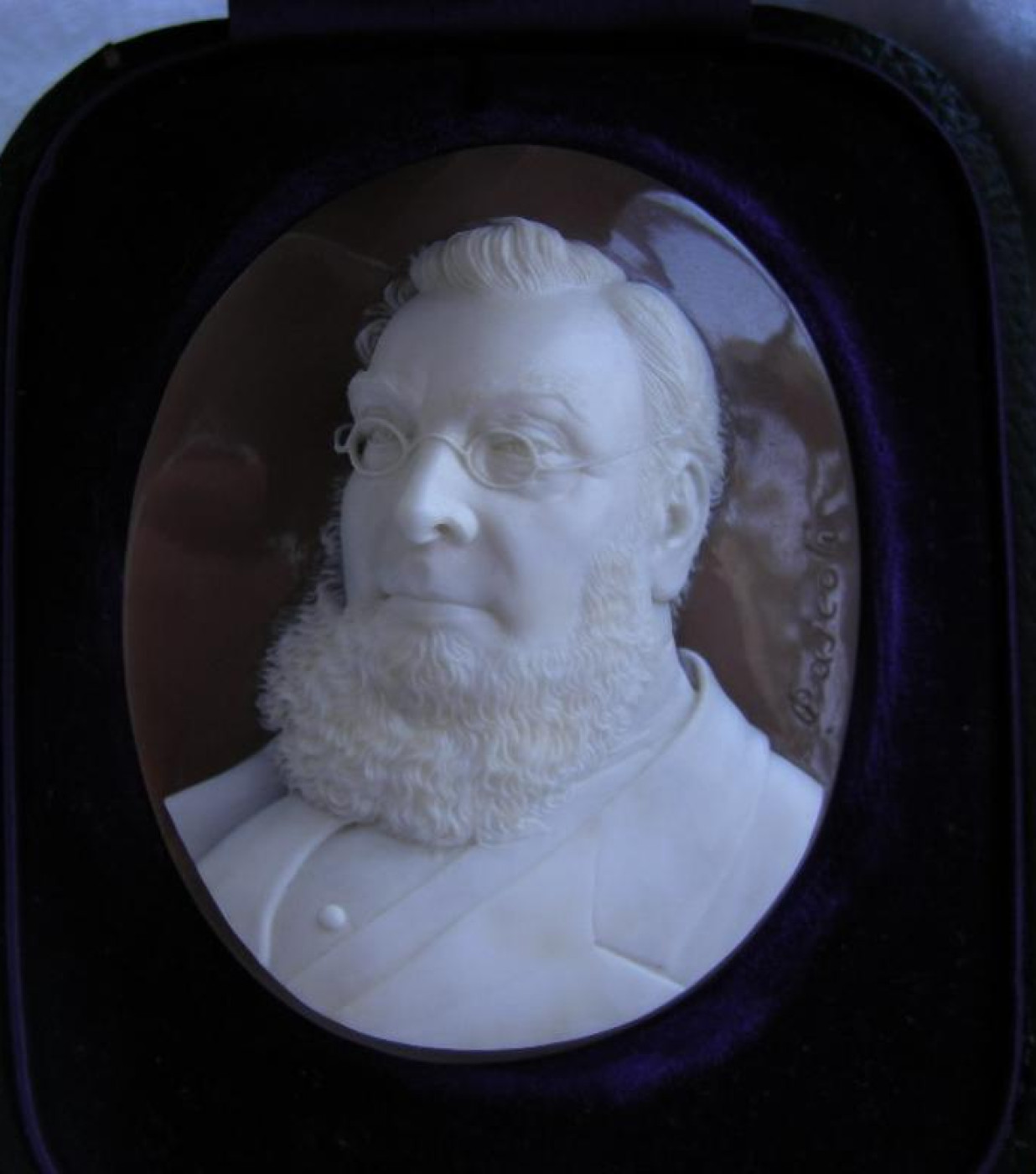 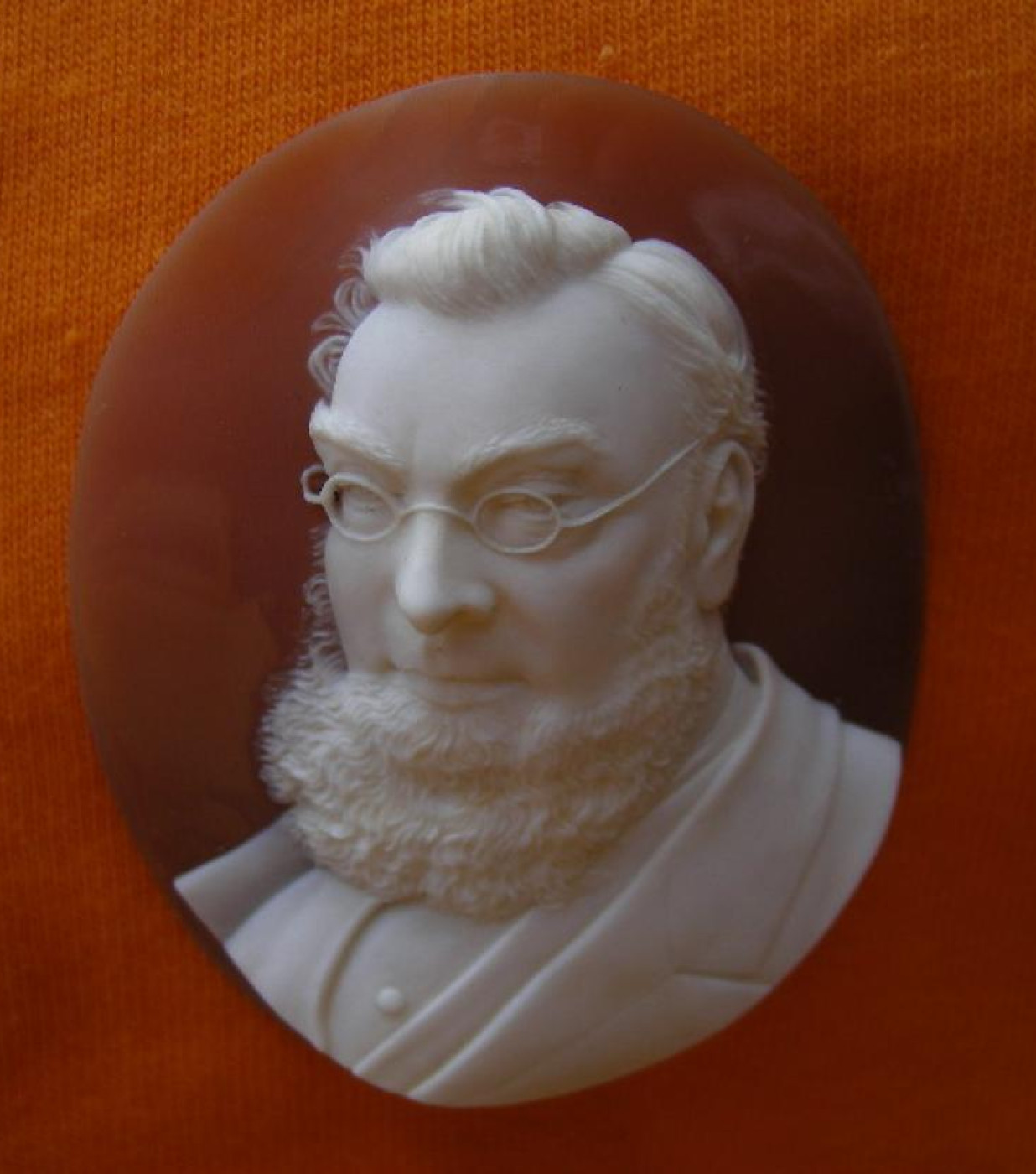 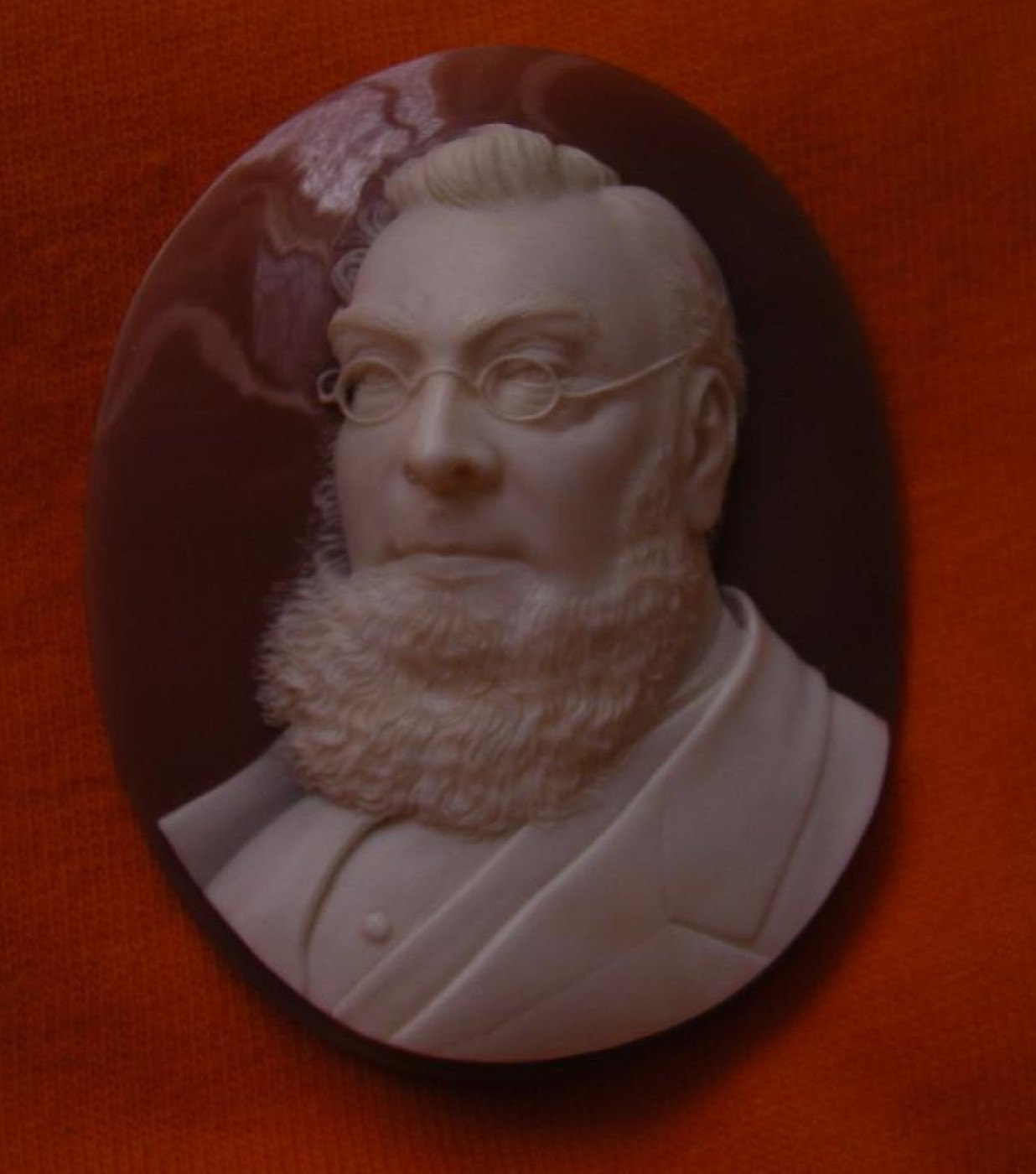 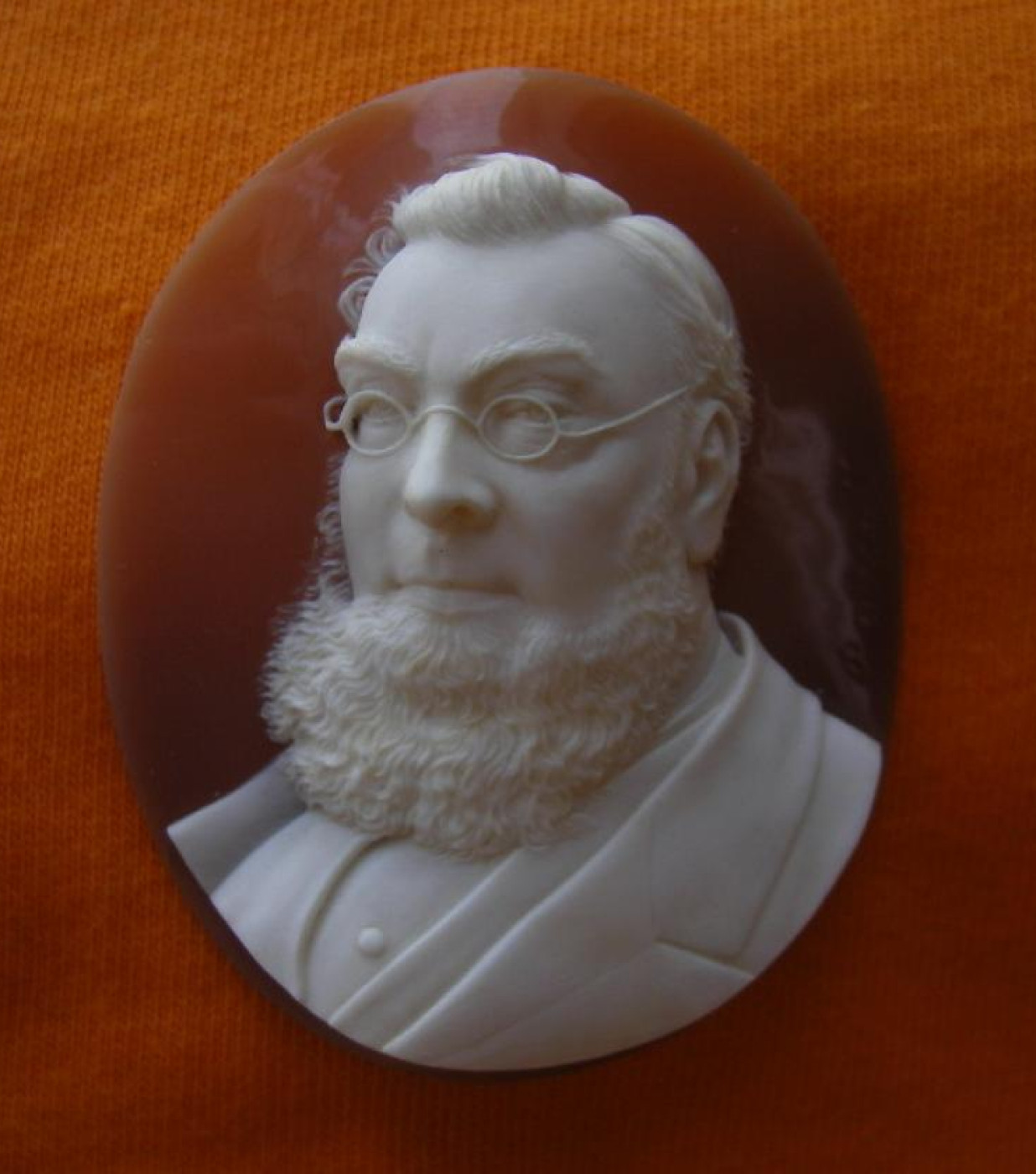 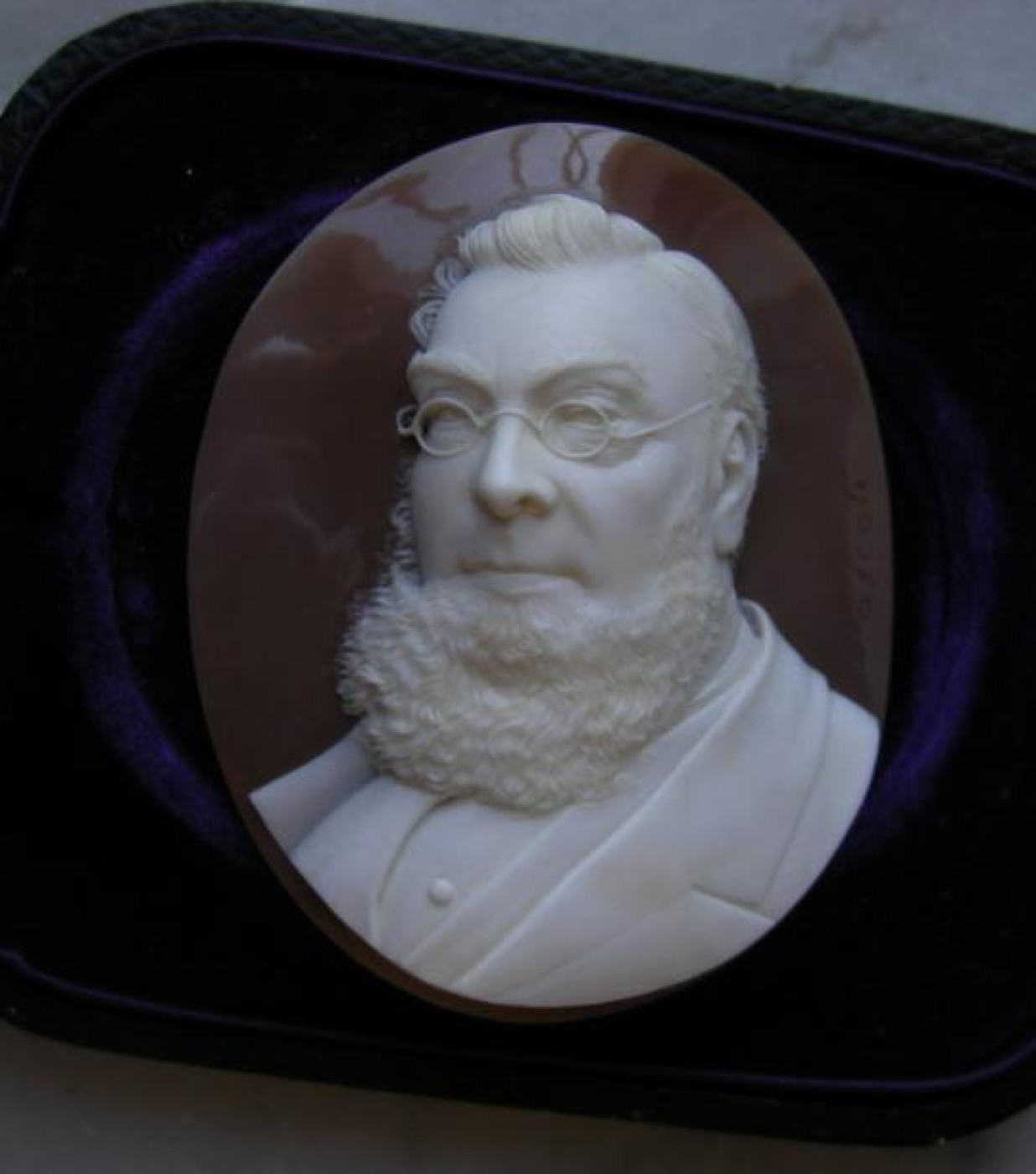 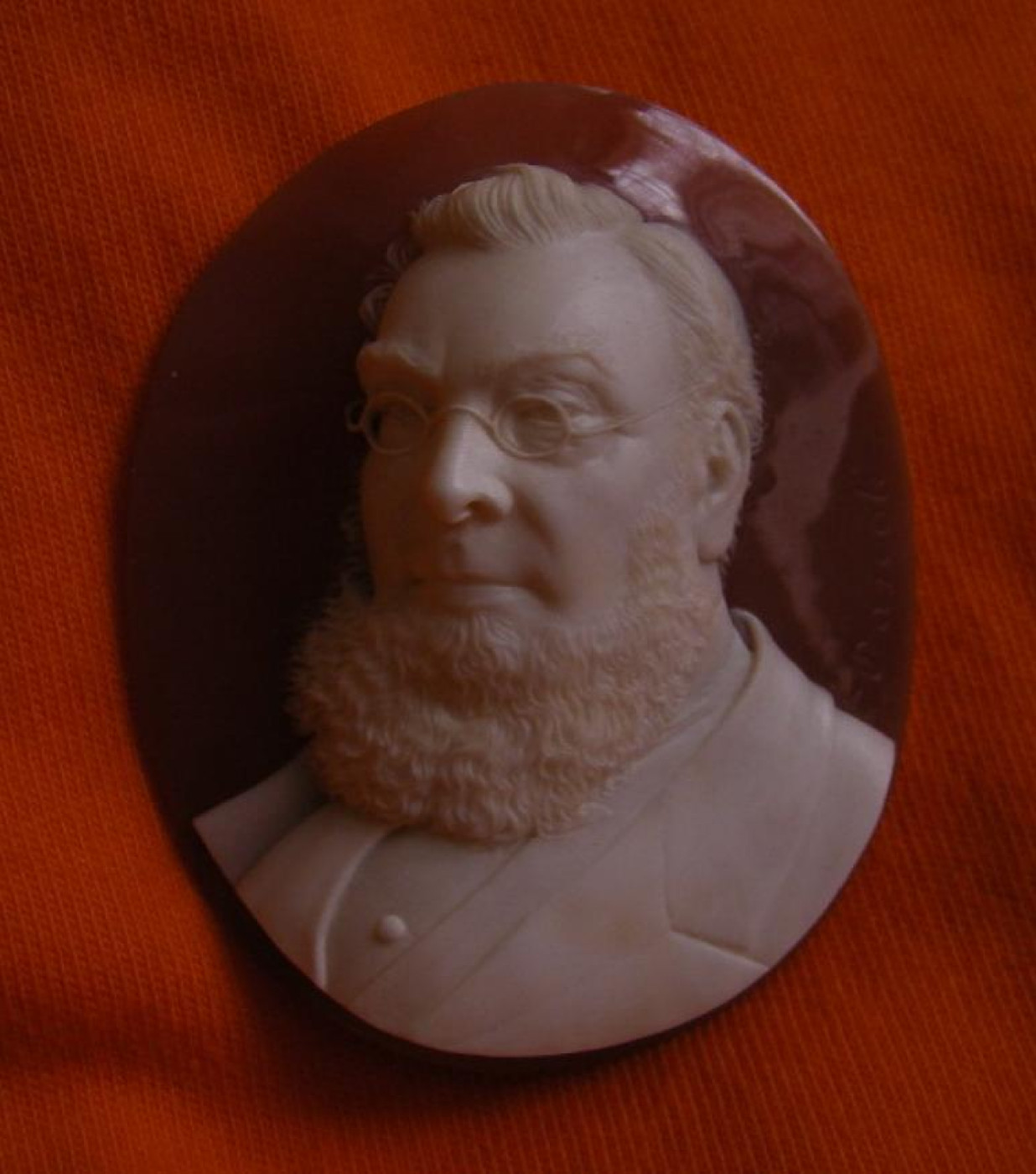 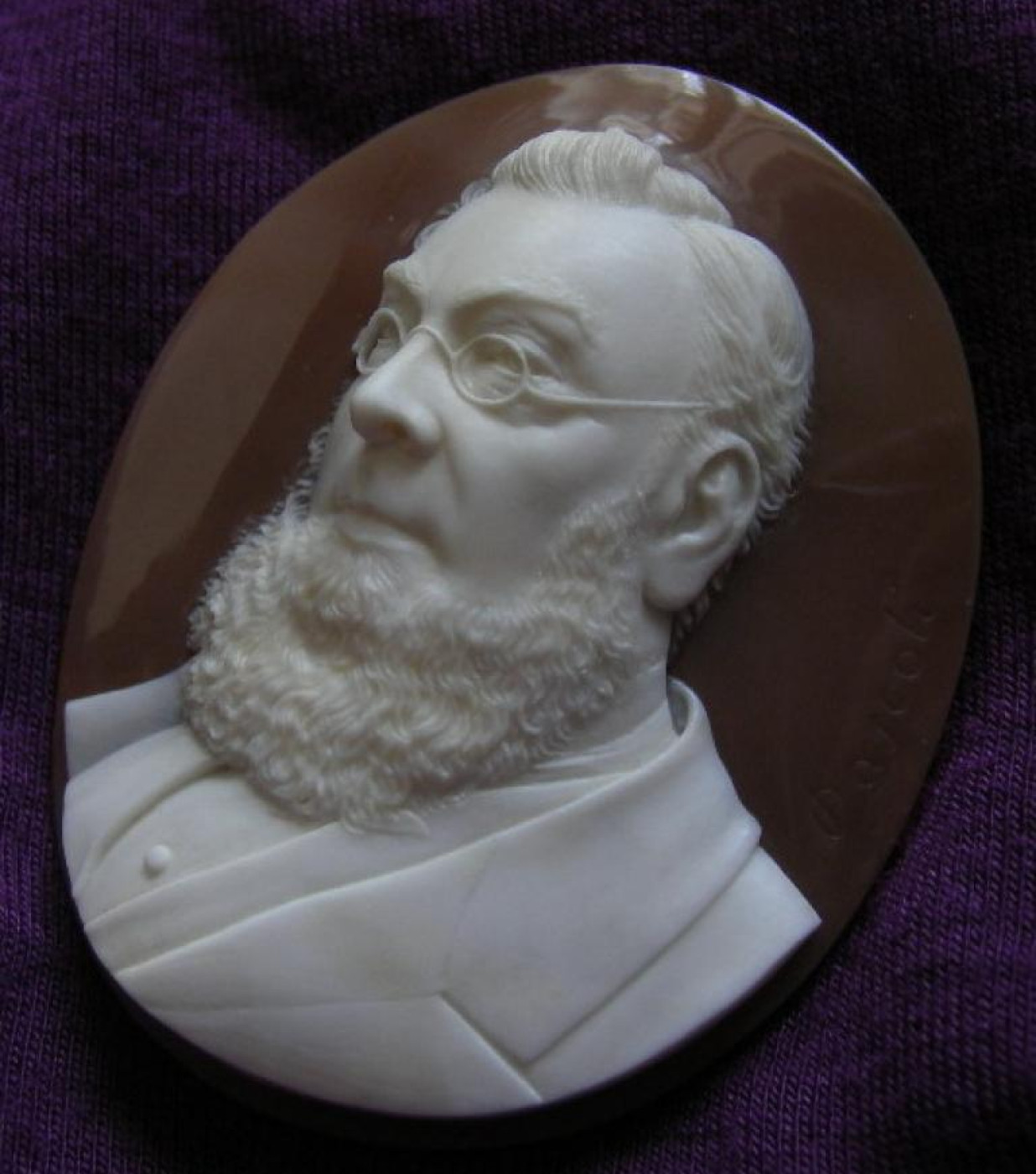 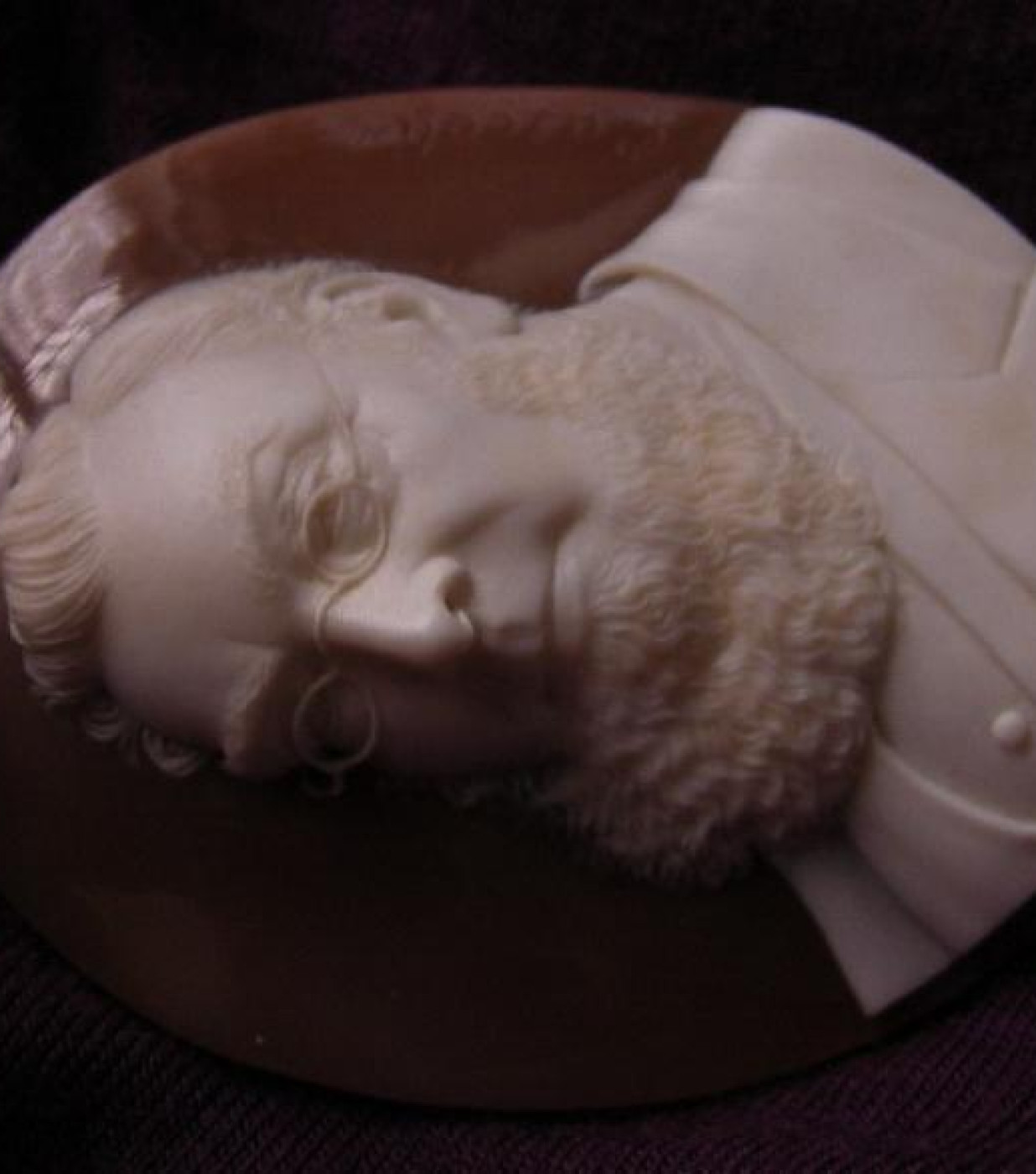 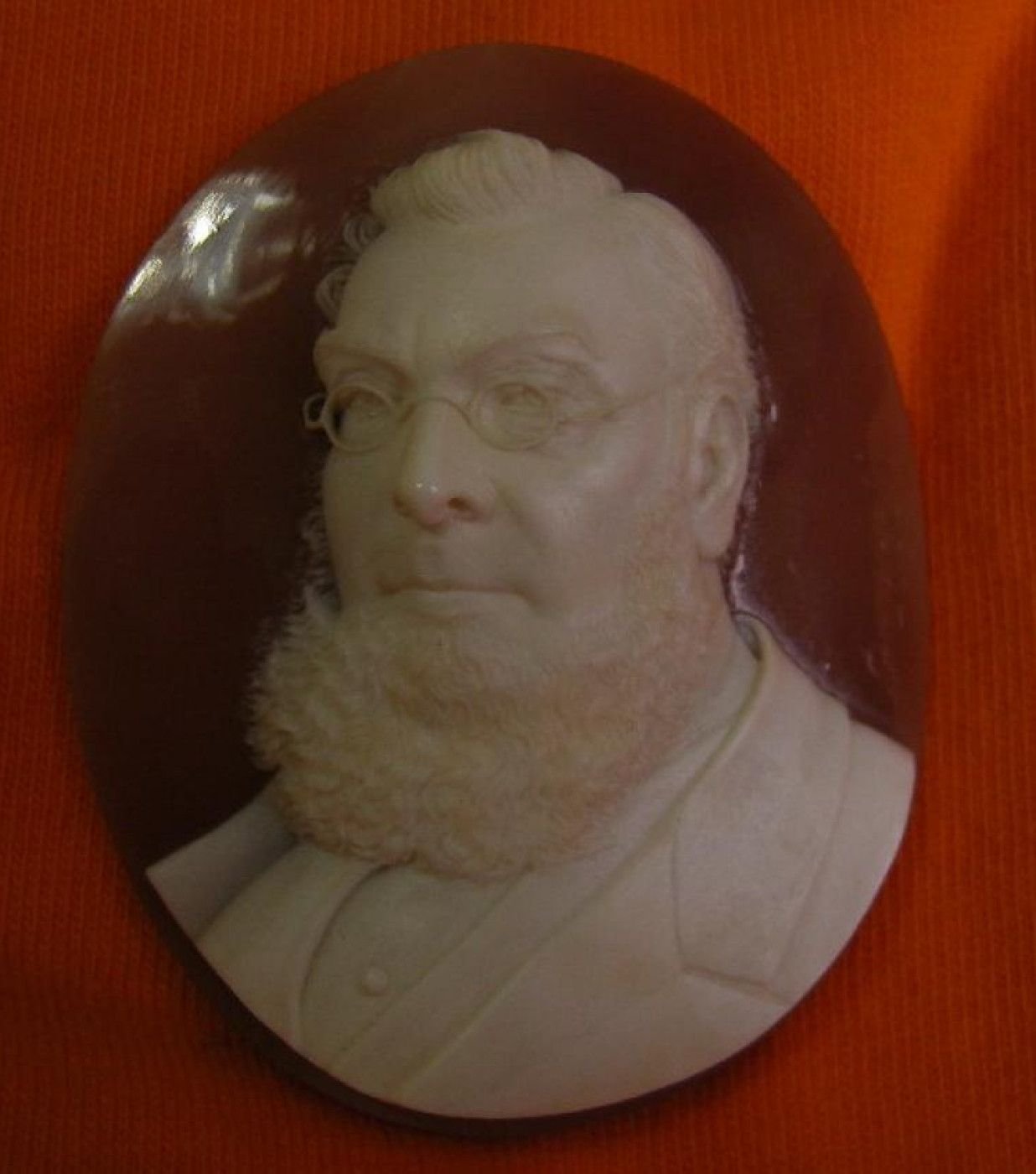 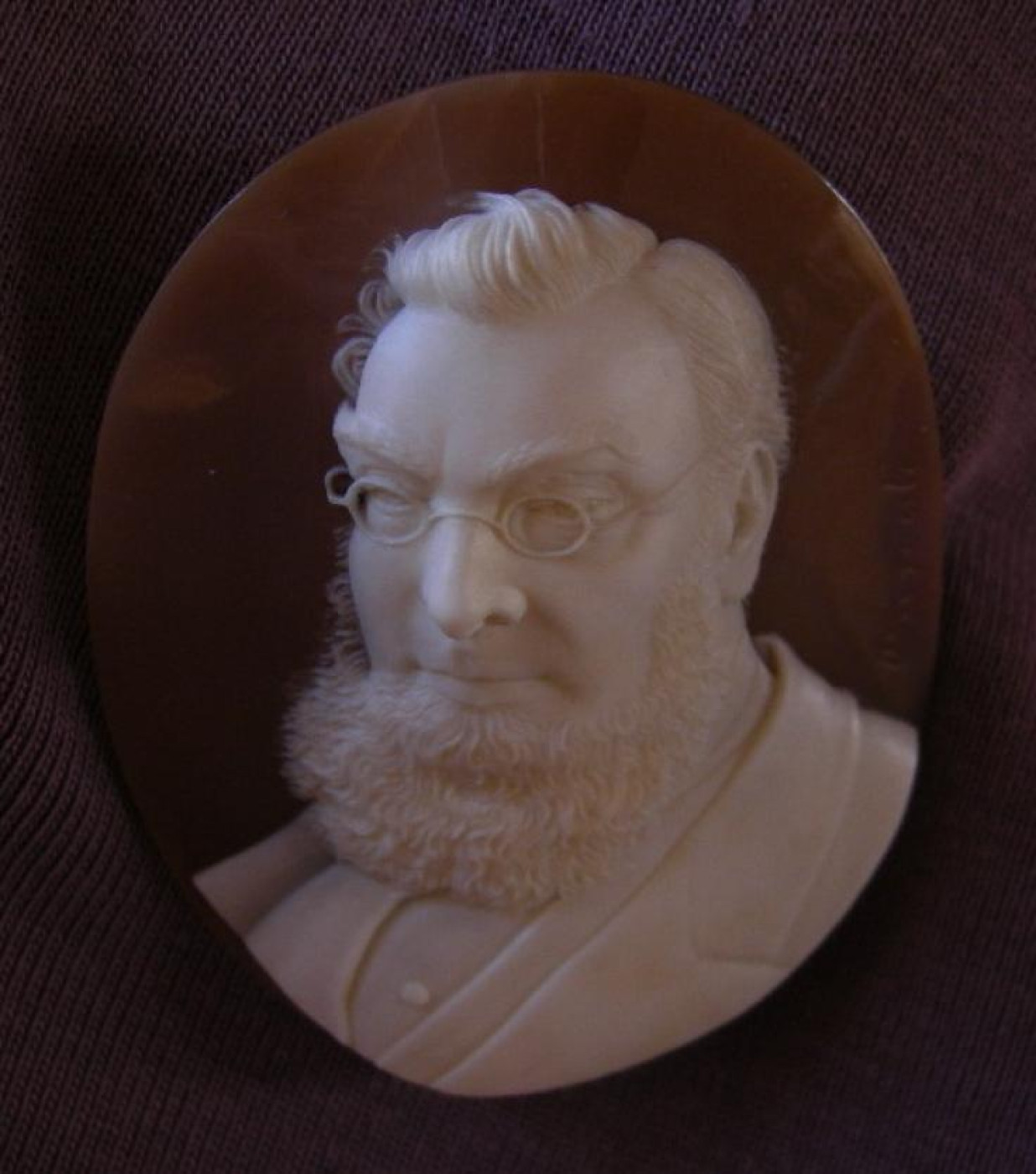 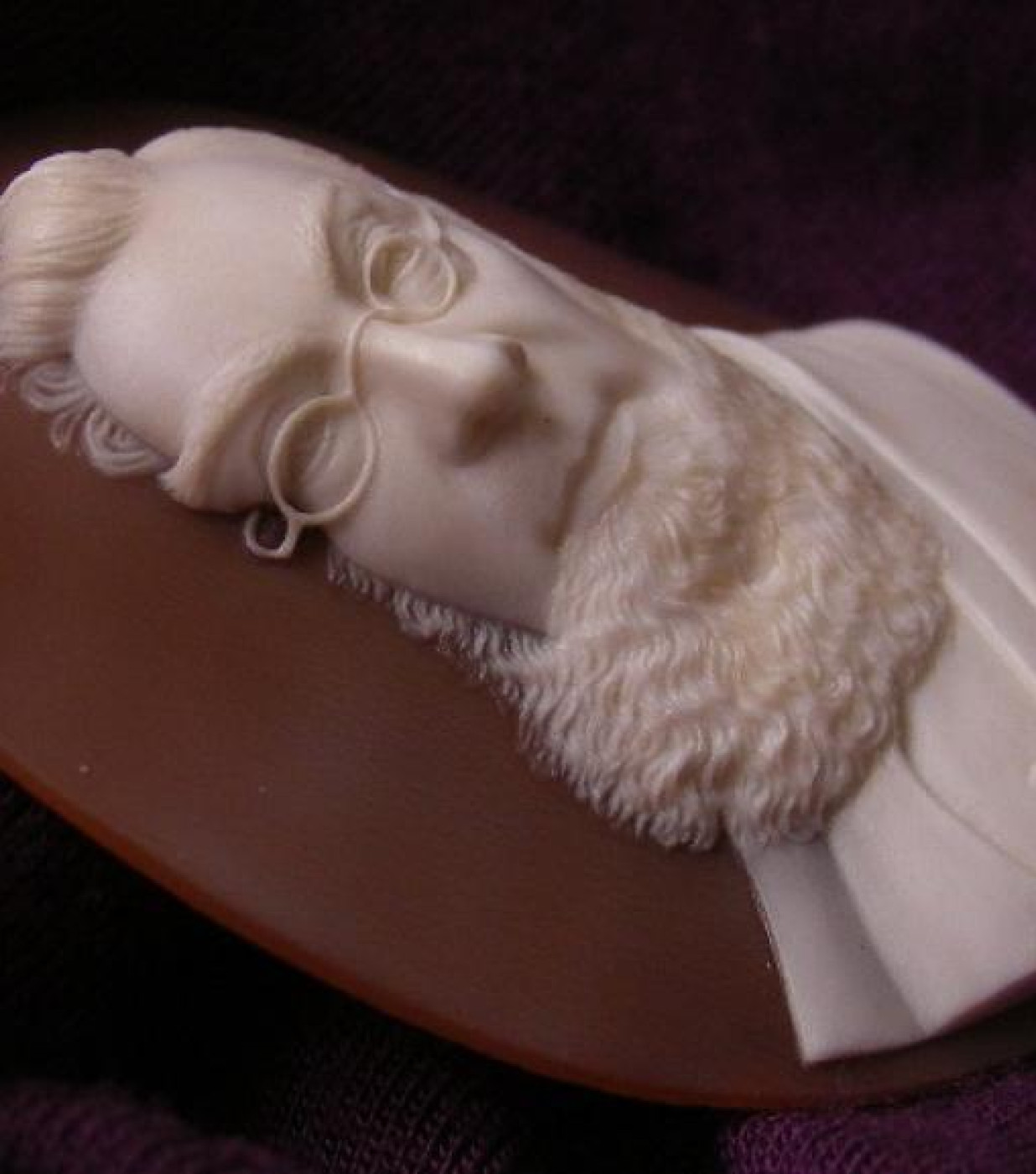 Museum quality cameo depicting Giovanni Pascoli, Italian Poet 1855/1912 .  This cameo is really out of this world, with no doubt it is one of the best cameos I have ever handled, There are no words to describe it, the pictures speak by themselves. A very desirable collectors piece, rarest and more than museum quality cameo. Signed Pascoli on the right side of the shell.    Pascoli's childhood was marked by a series of tragedies: the deaths of his parents and of five of his brothers and sisters. A radical in his student days at the Univ. of Bologna, he was subdued by imprisonment (1879) for his political activities. After completing his studies he taught classics, succeeding Giosuè Carducci as professor of literature at Bologna in 1905. His tender poetry, written in pastoral style, won him international fame; many verses were inspired by memories of his family. Also seeing his mission as the chronicling of Italy's glory, he wrote of historical and patriotic subjects, earning D'Annunzio's epithet "the last son of Vergil." His works include Carmina (in Latin, 1914); the more mystical Myricae (1891-1903); and the patriotic Odi e Inni (1906). Pascoli remains one of Italy's best-loved poets. He was also an essayist of distinction.