Front Face Cameo of Medusa on a Necklace 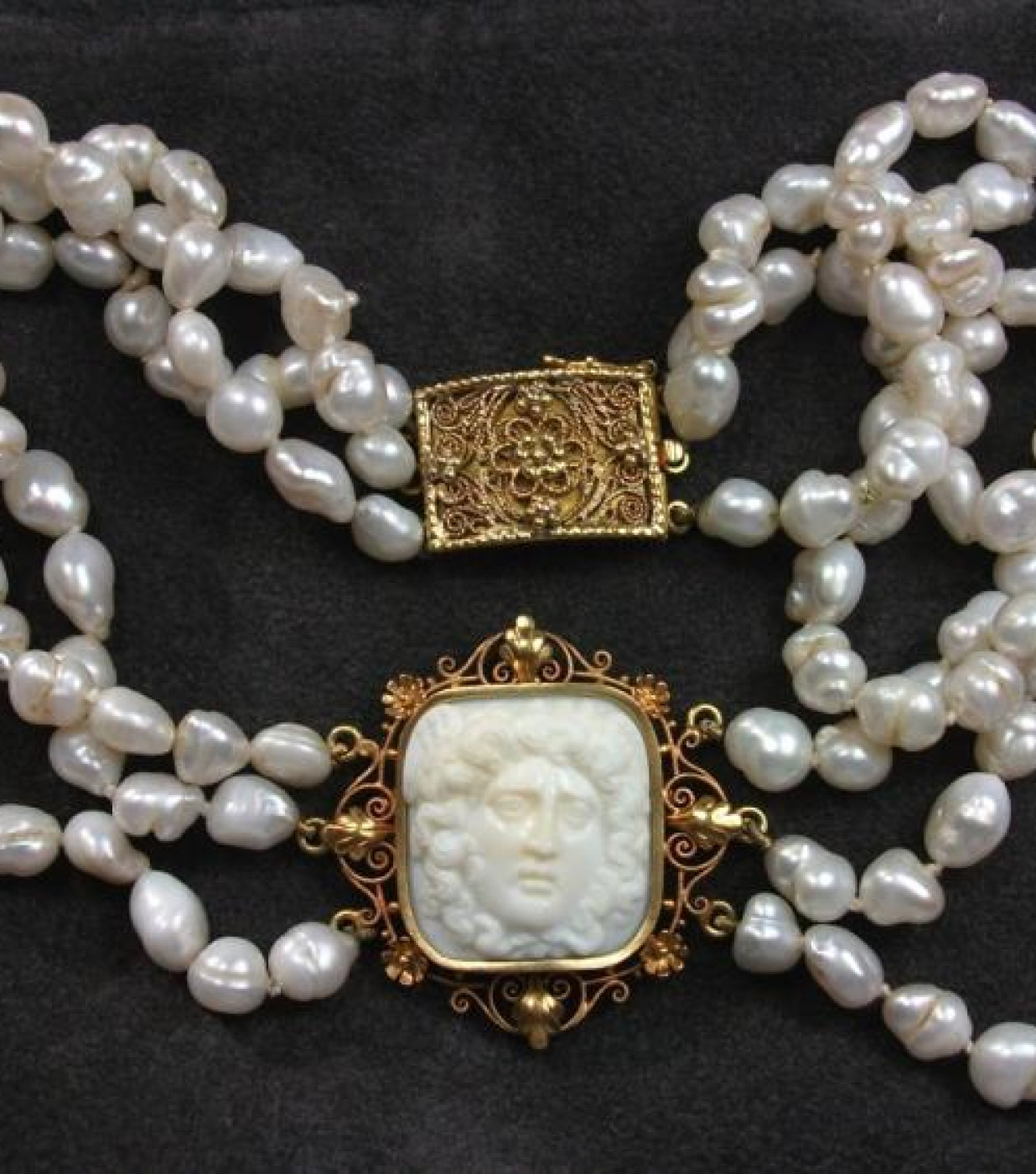 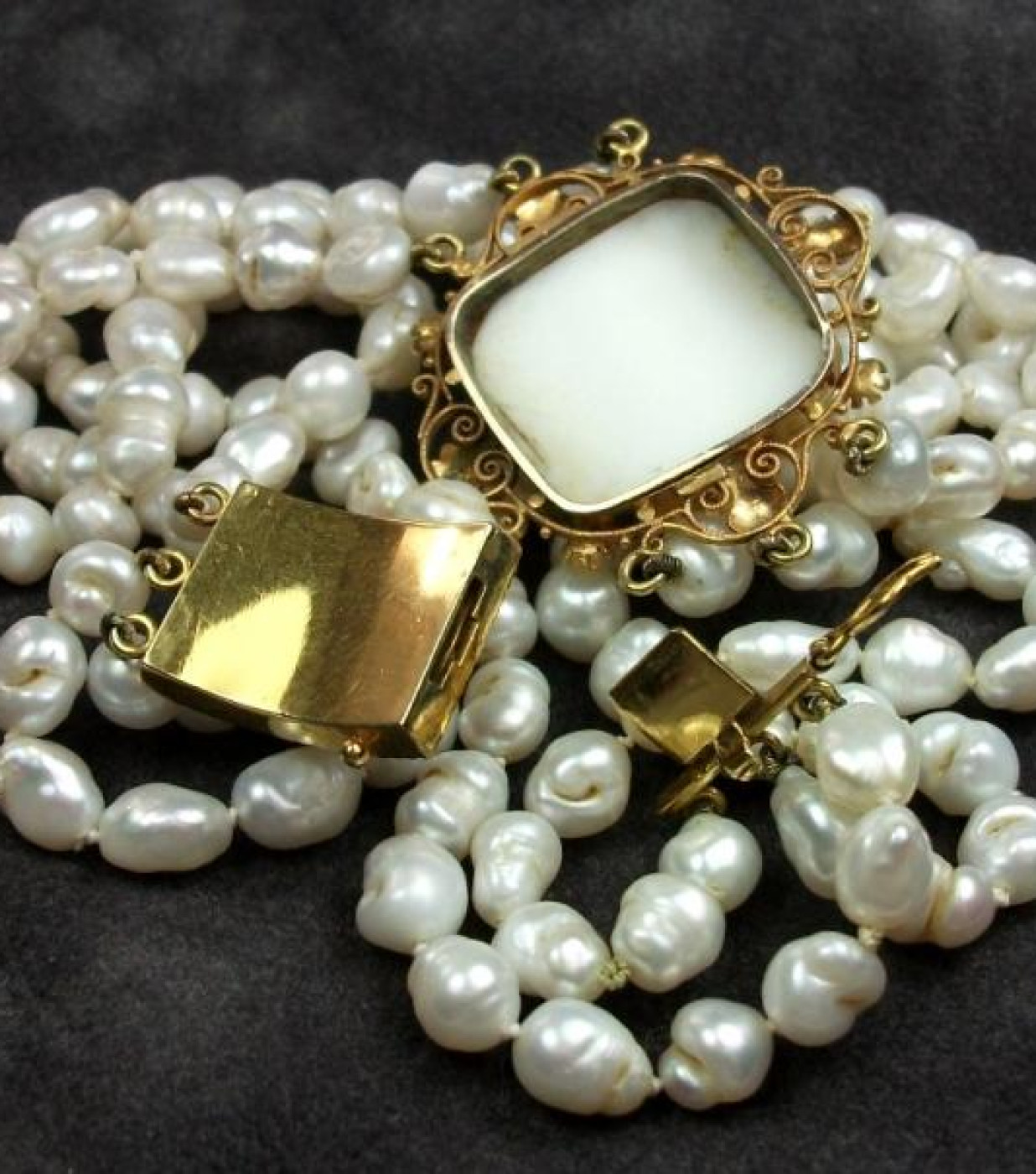 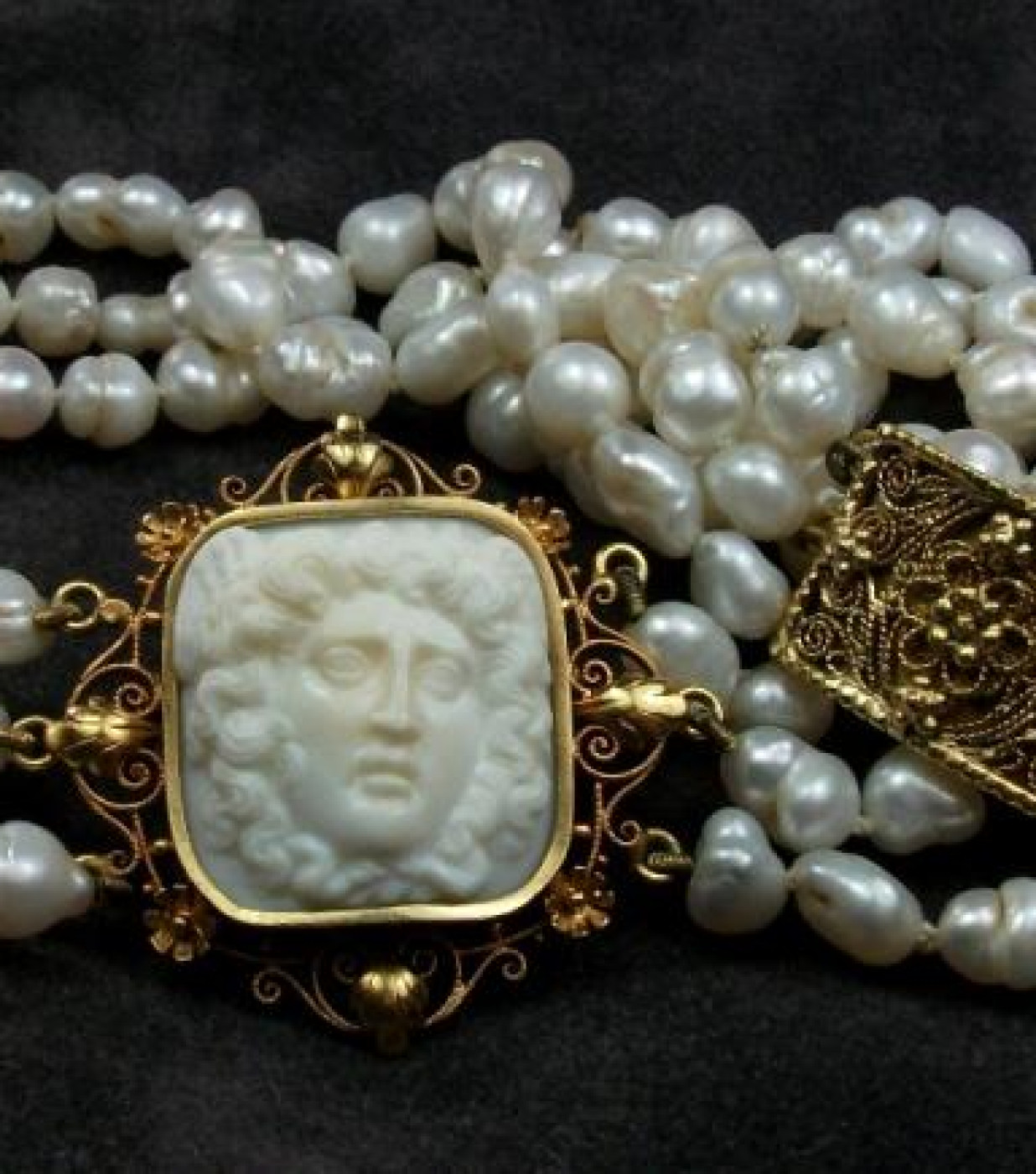 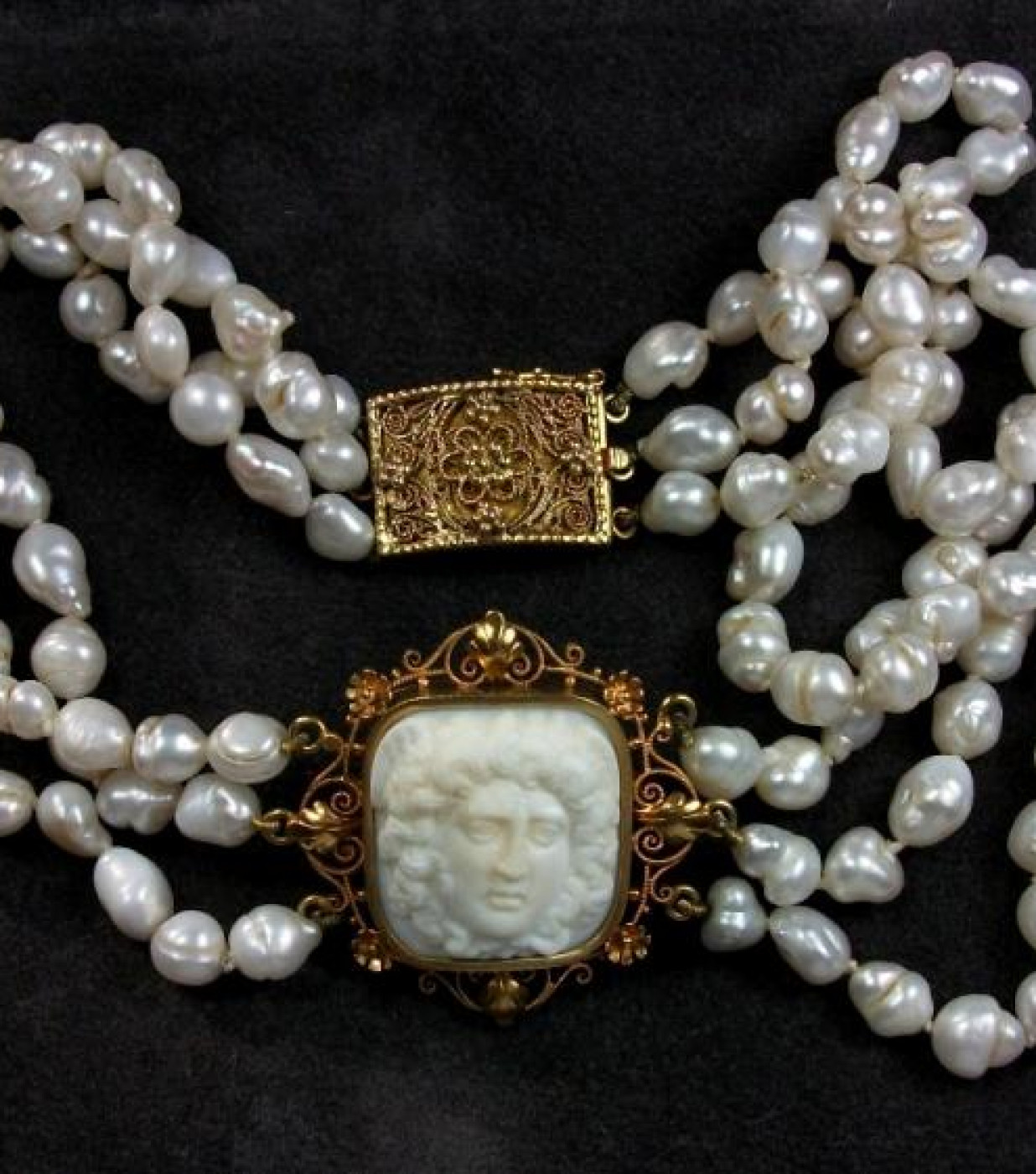 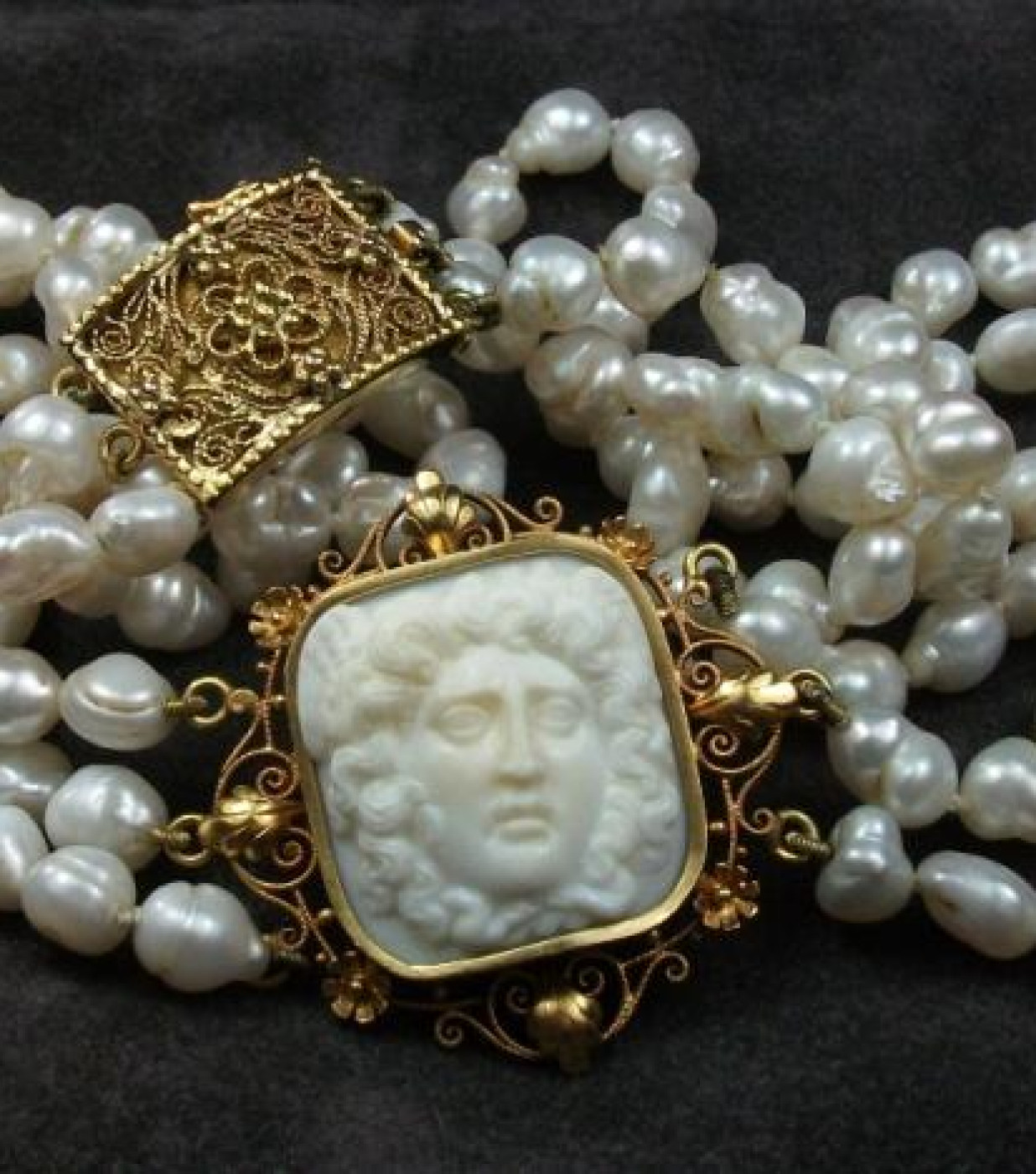 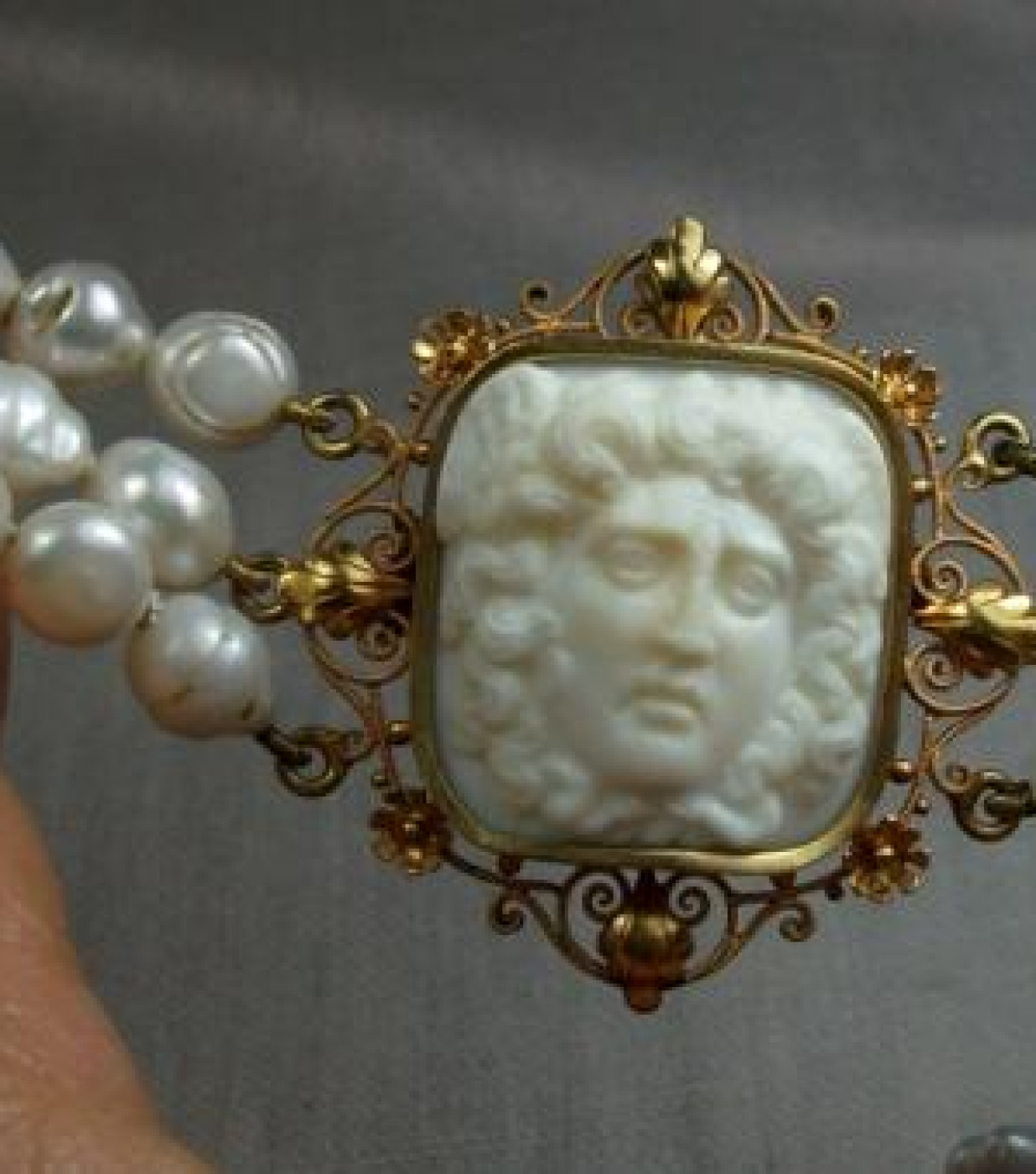 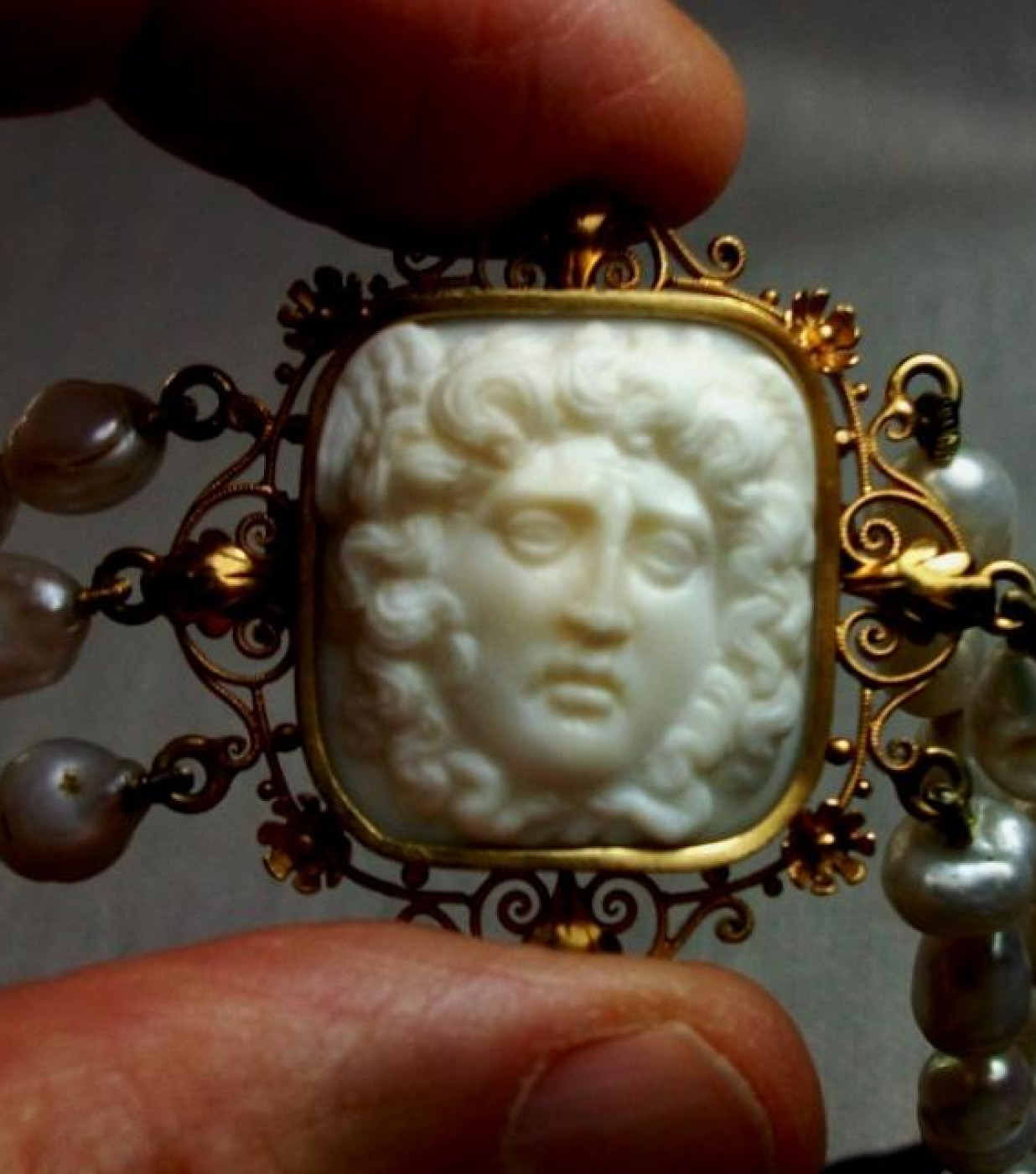 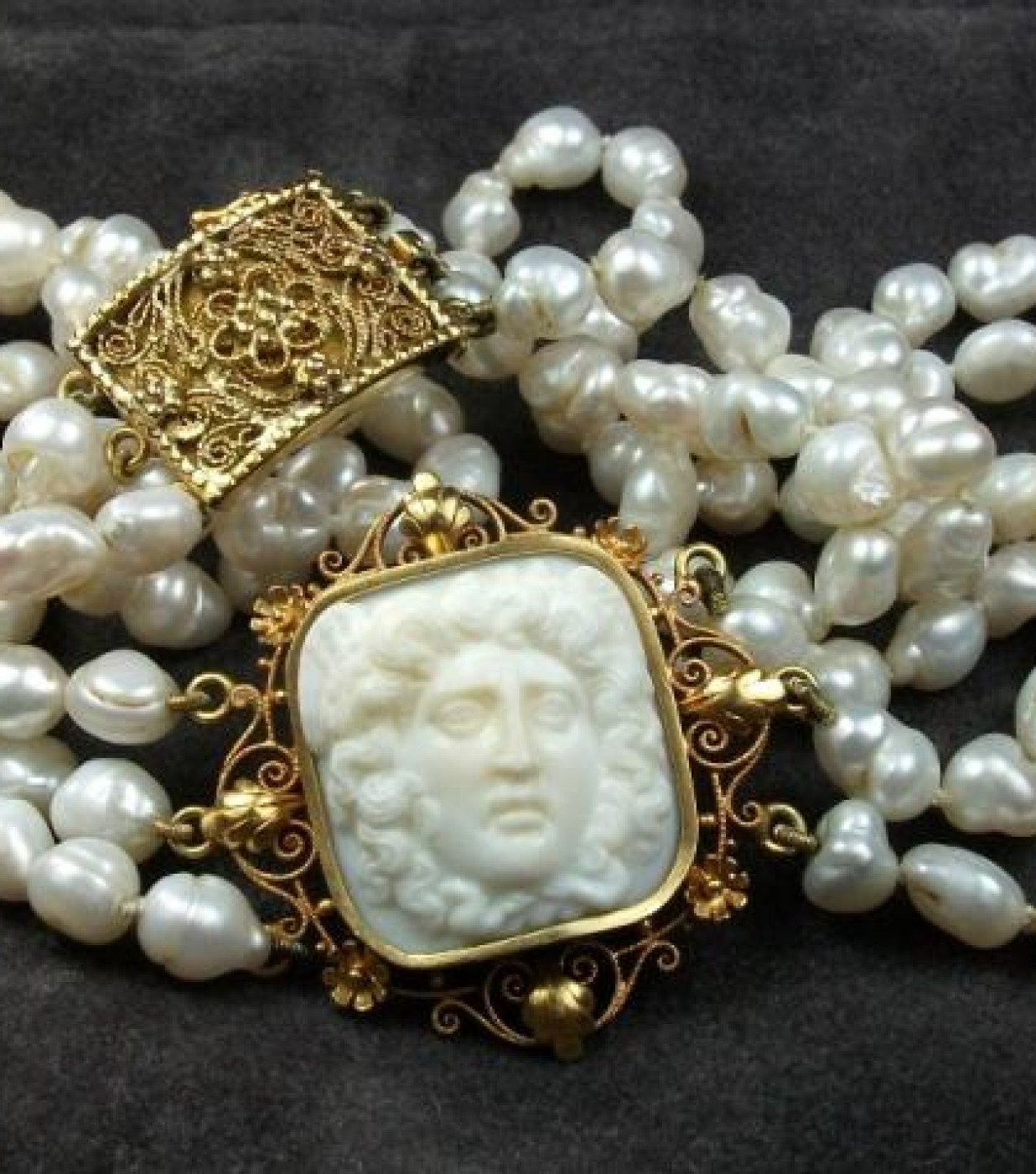 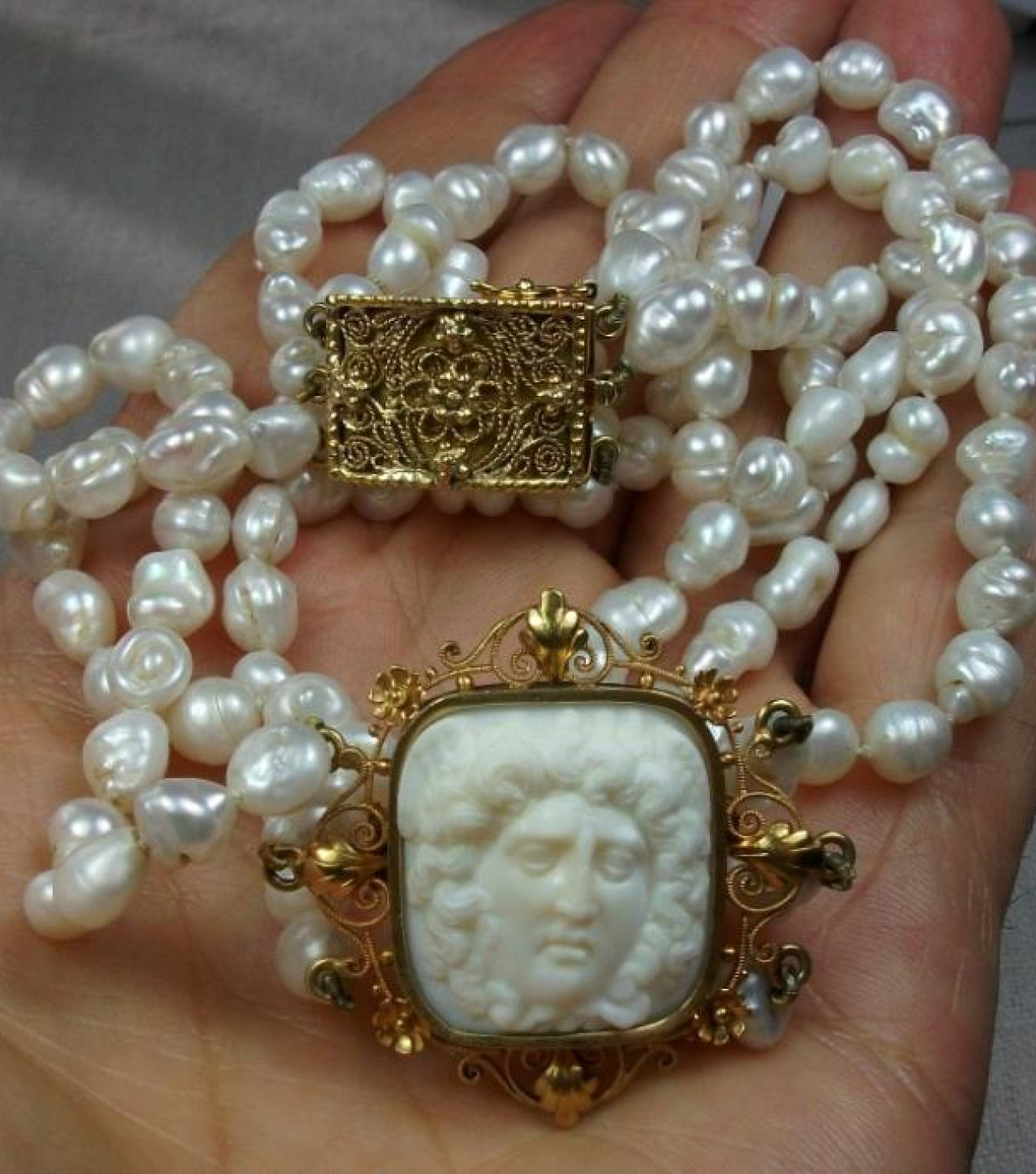 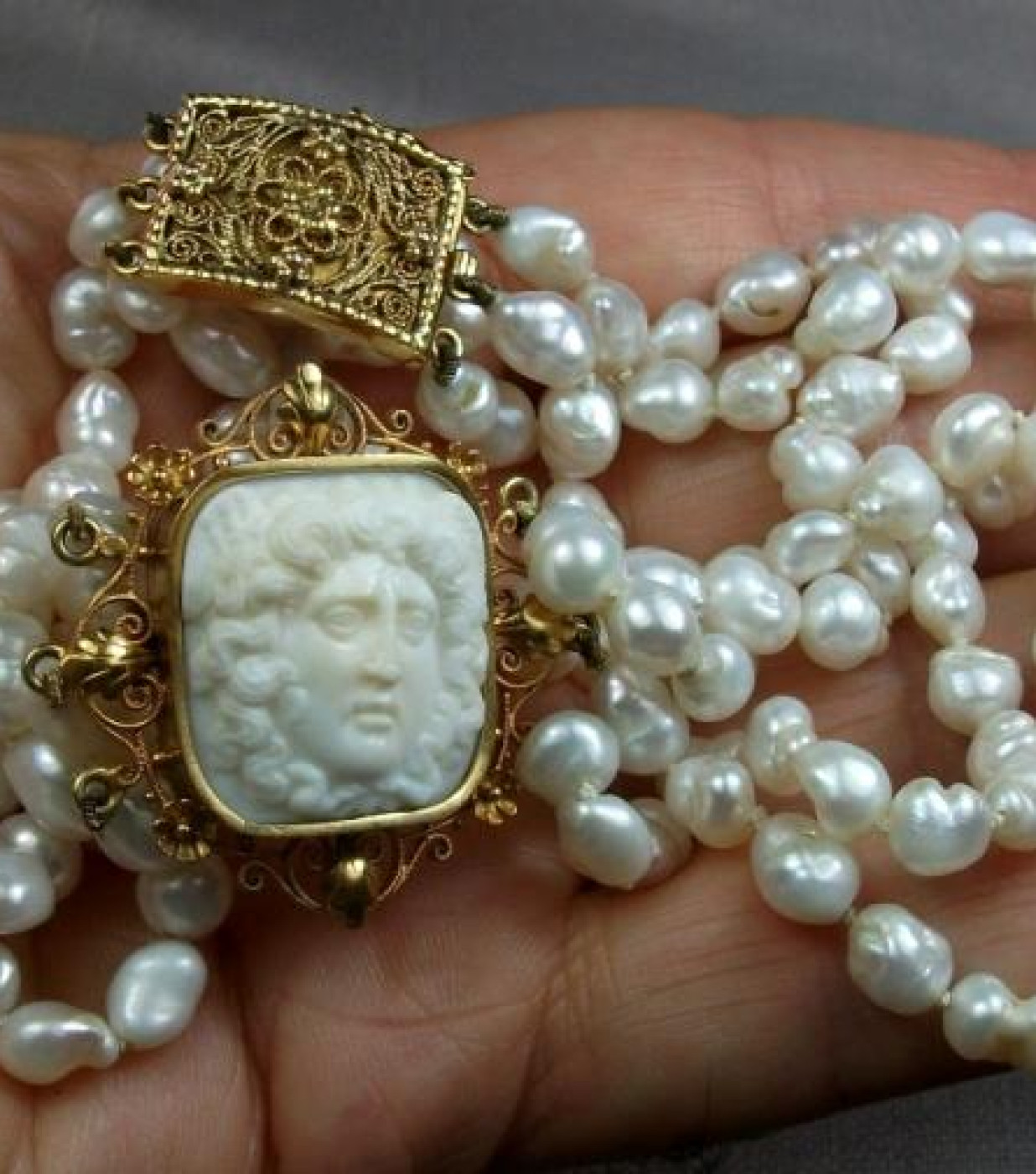 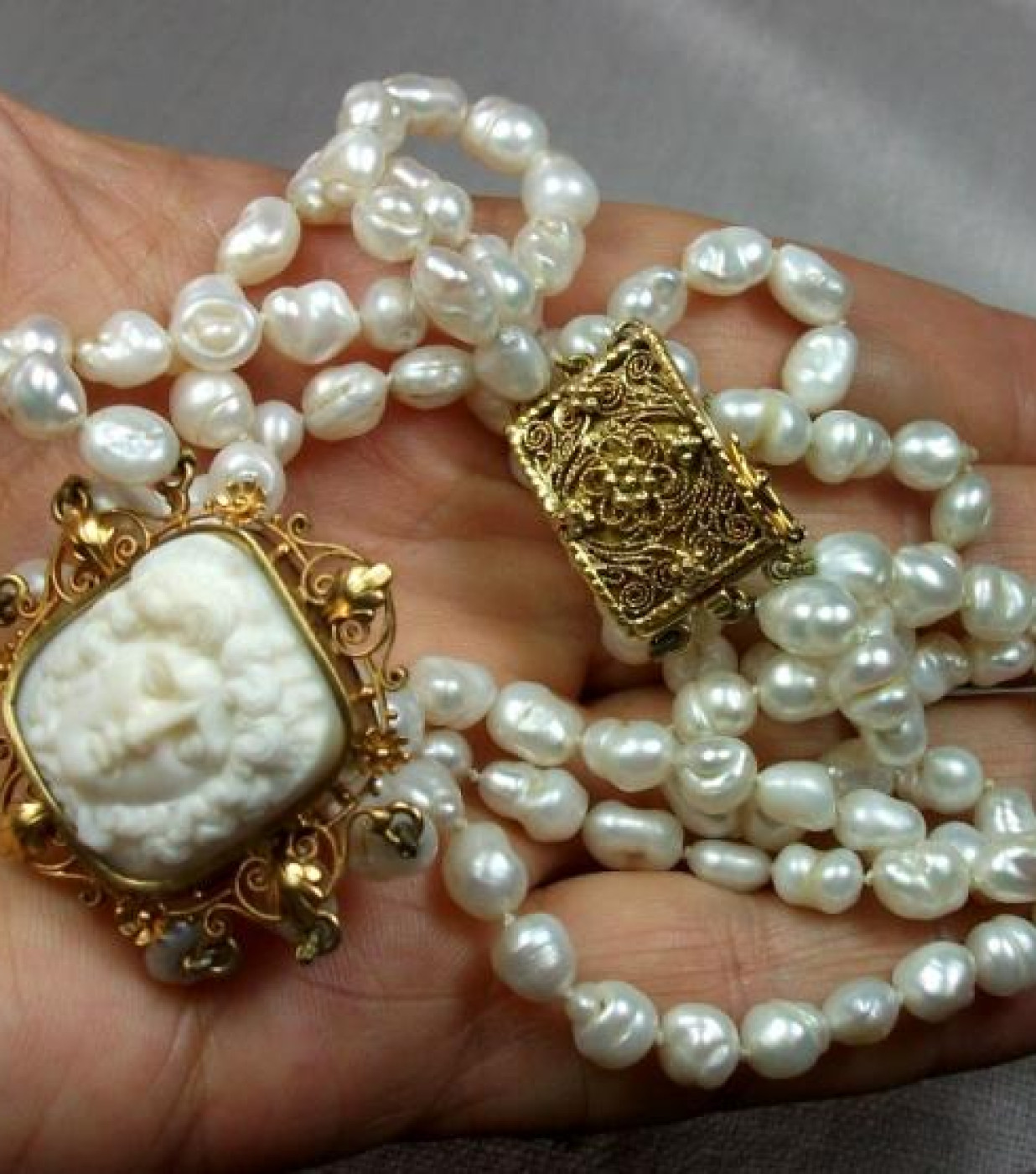 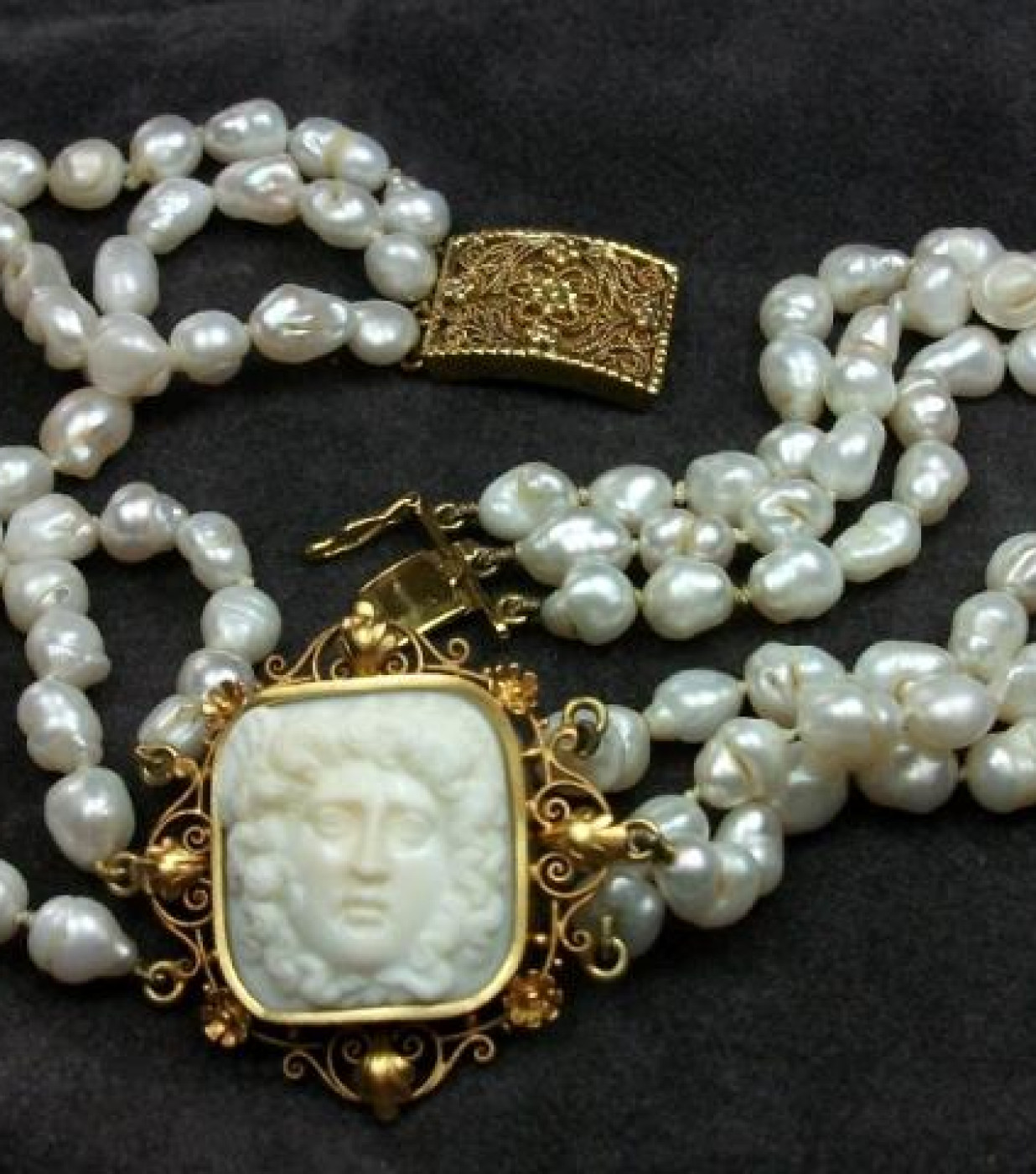 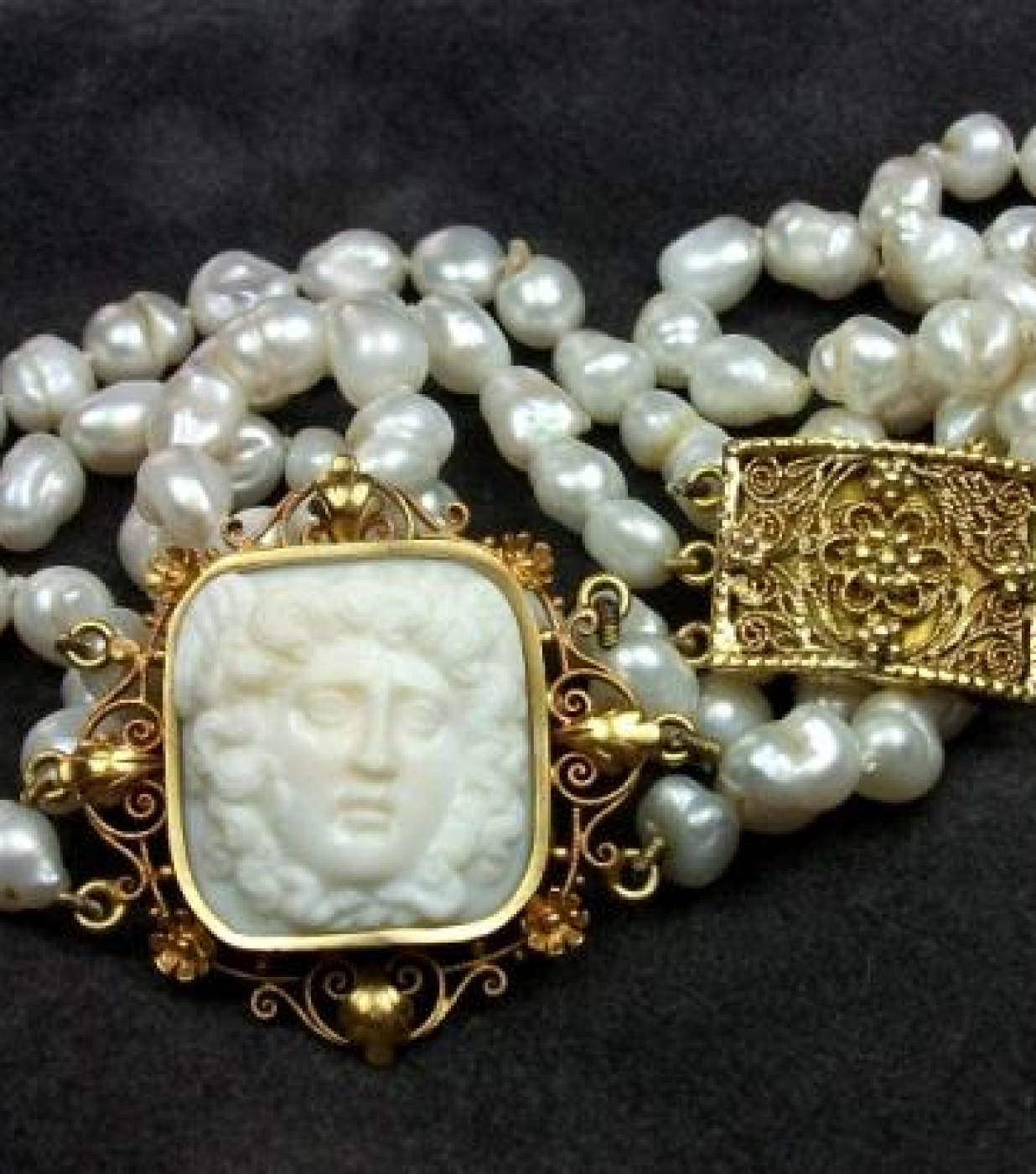 Excellent Quality cameo depicting the Gorgon Medusa. Even if this subject was very popular in the Victorian era, finding a front face one is very rare and rarest finding one so finely carved. This is even rarer because it is carved on the white part of a conch shell. Look at the perfect carving, at her facial features and of her hair but more please look at the real alive expression of her suffering face. Her eyes are almost closed, she is frown and you can really feel that she is in pain. Her face is a perfect oval, her mouth a bit open just to give the impression of life. The snakes in her hair and around her neck are impressive.  A wonderful gold frame surrounds the square cameo and a gorgeous gold clasp closes the necklace. A real lovely piece, to not to miss.


Medusa is a  character of Greek's mythology, she was one of three Gorgons, the only one that was mortal. Poseidon fell in love with Medusa and one night he took her in a temple consecrated to Athena to consummate their love. Athena offended, transformed Medusa's hair into snakes and again everyone that had looked Medusa's eyes would have been petrified. Medusa was killed by Perseus who cut her head looking at her through a bright shield received from Athena. From Medusa's body came out Pegasus, the mythic winged horse, and Crisaore generated with the union with Poseidon. For this reason Medusa's head was given by Perseus to Athena who put it in the center of her aegis. Aegis used by Athena, is a fringed armour or a shield with Medusa's head in the center.