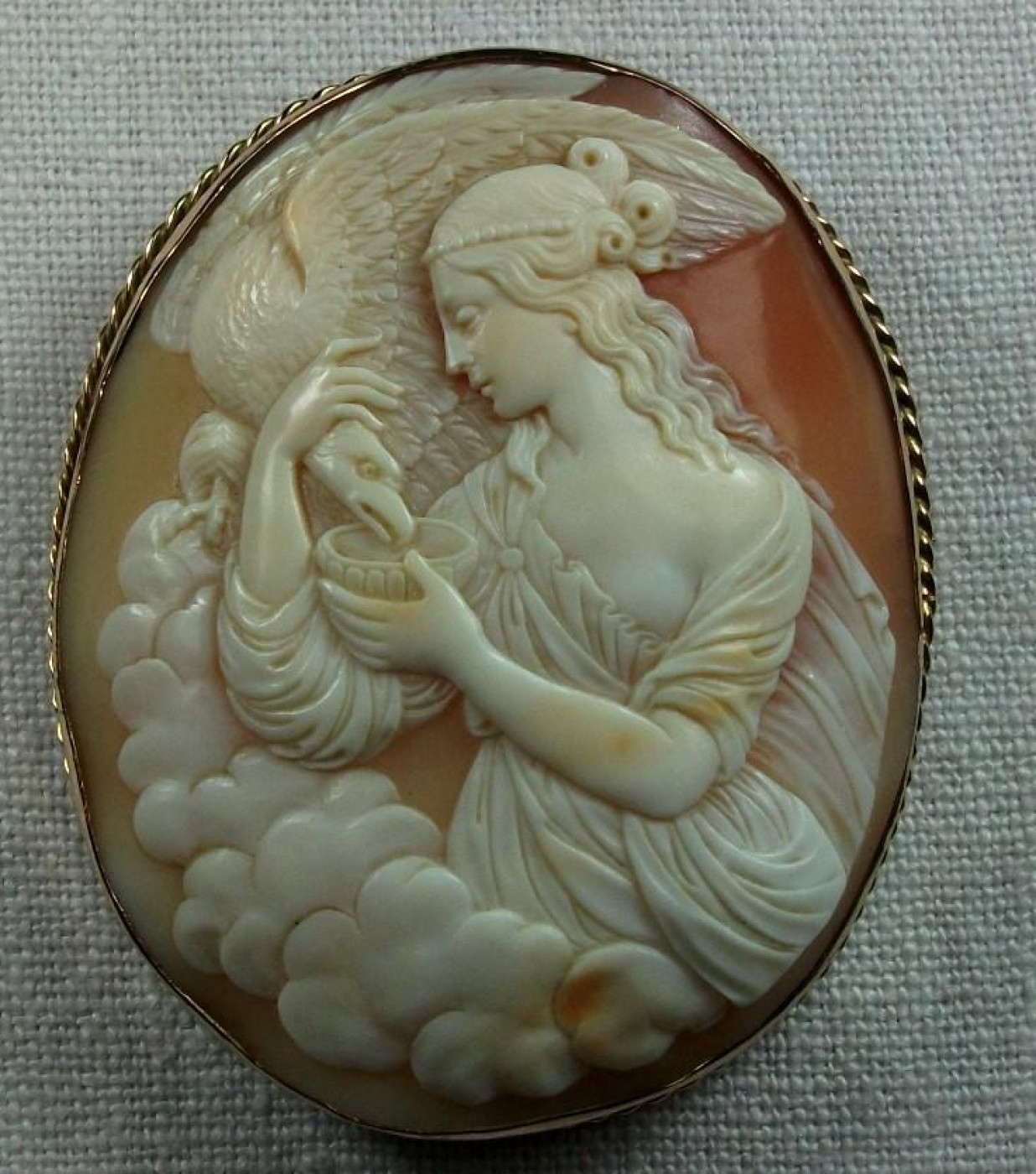 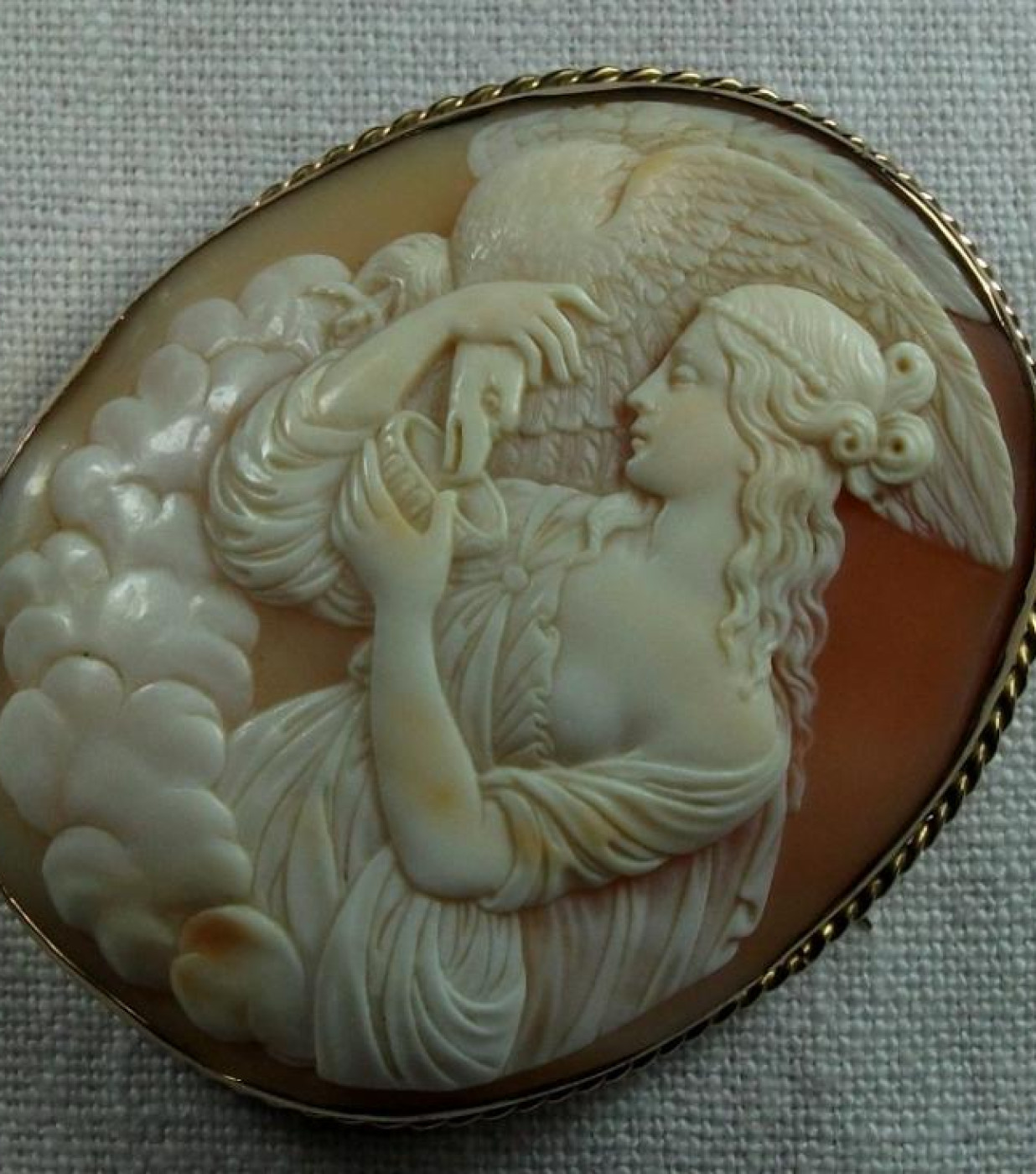 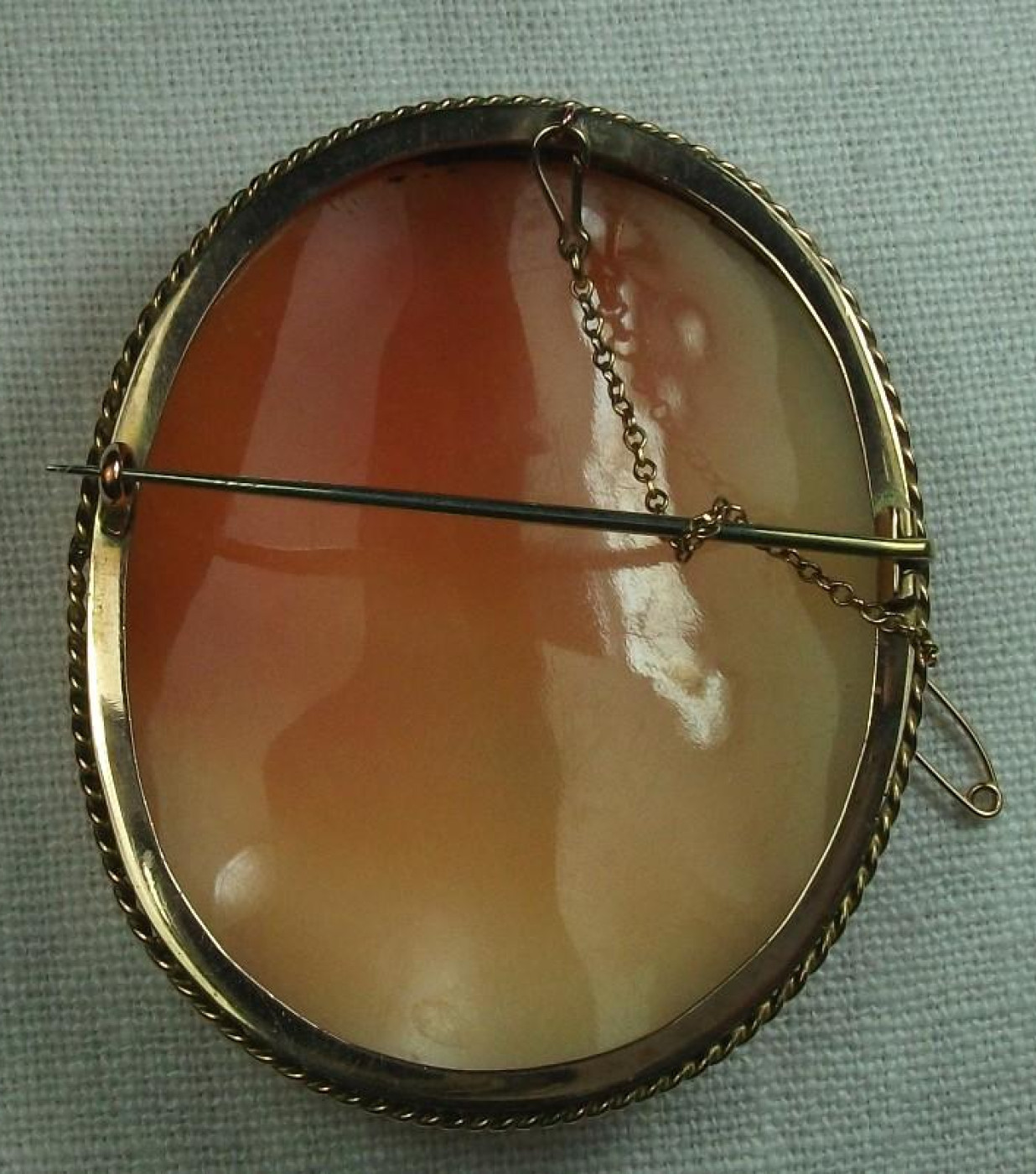 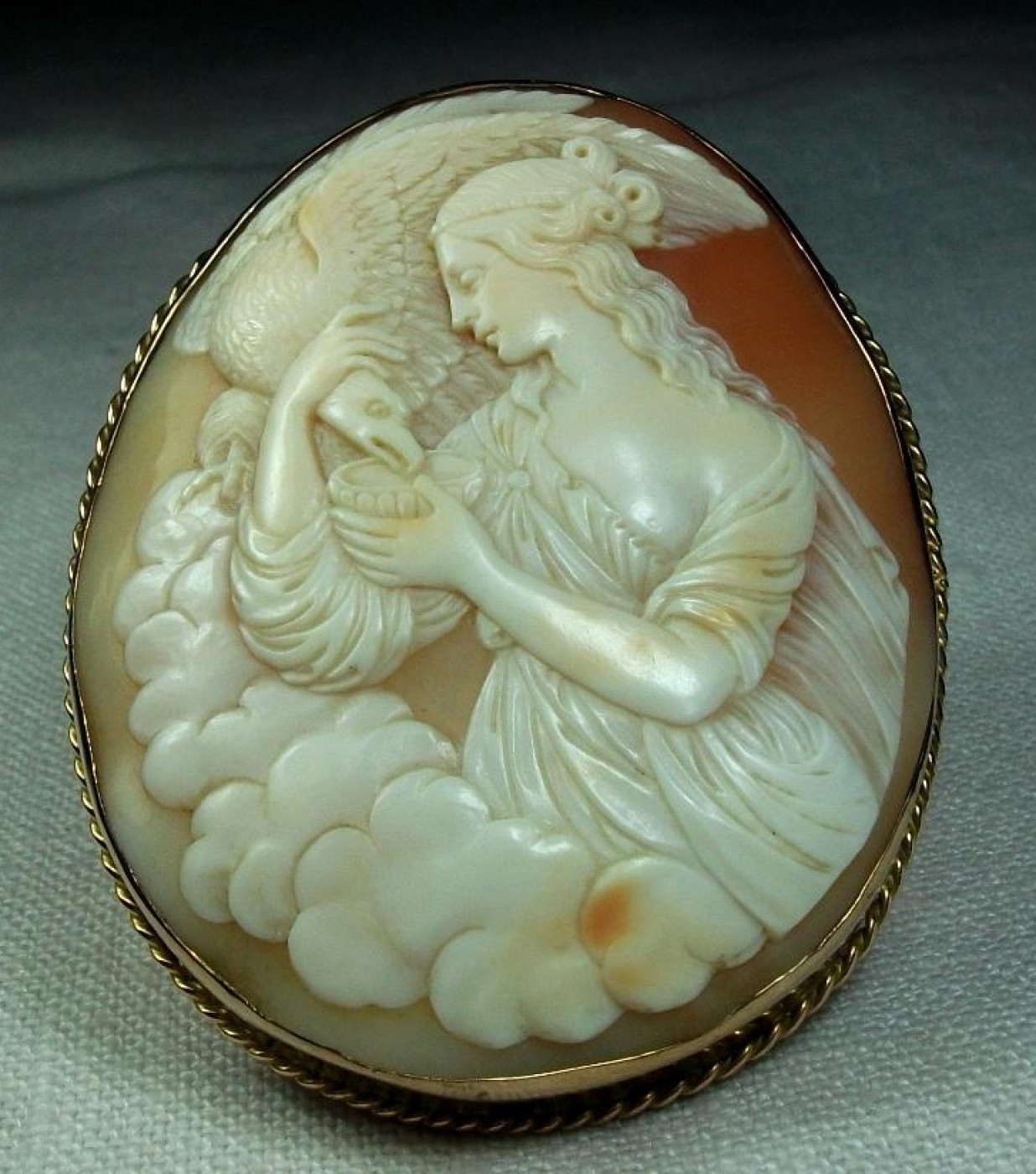 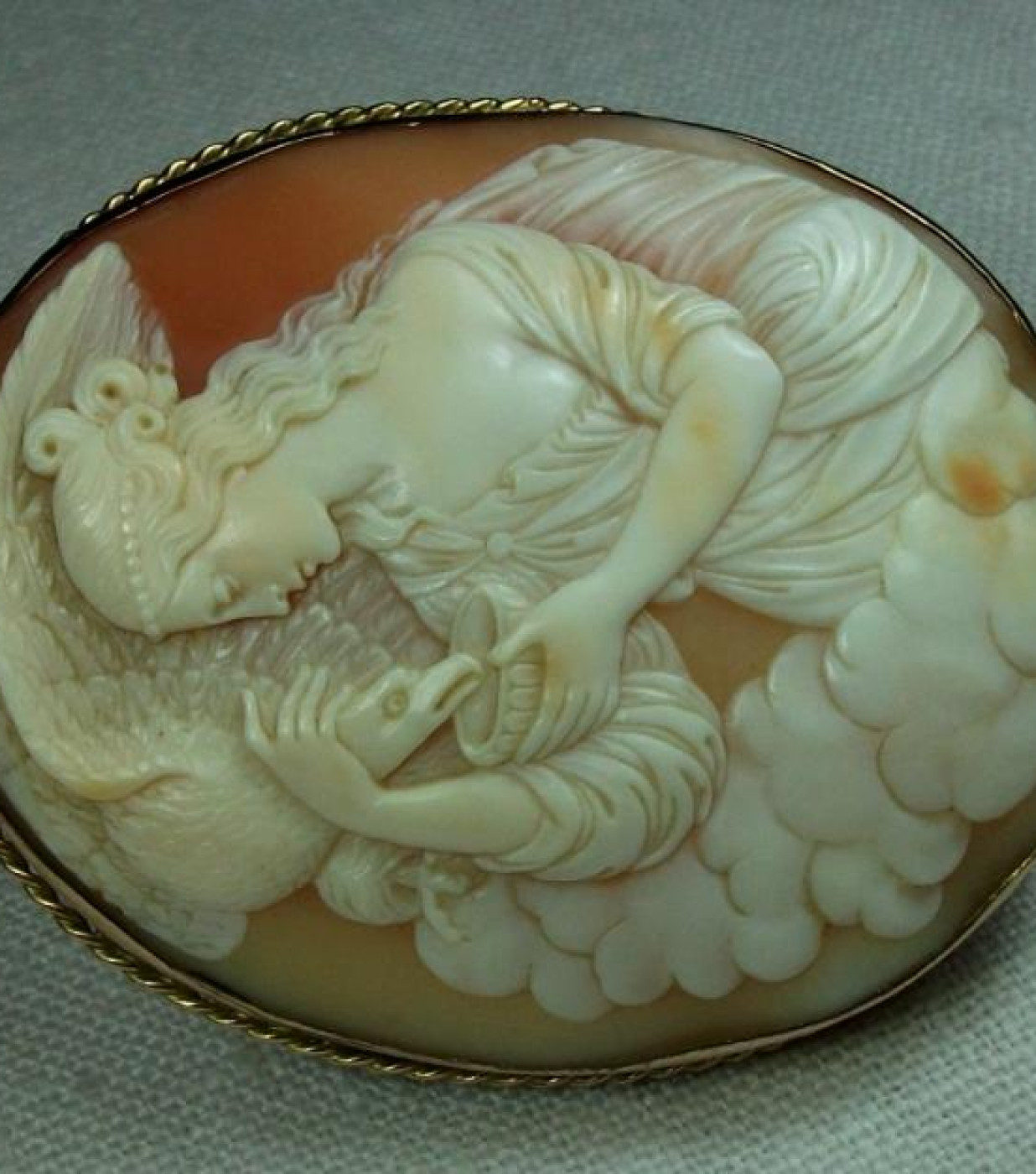 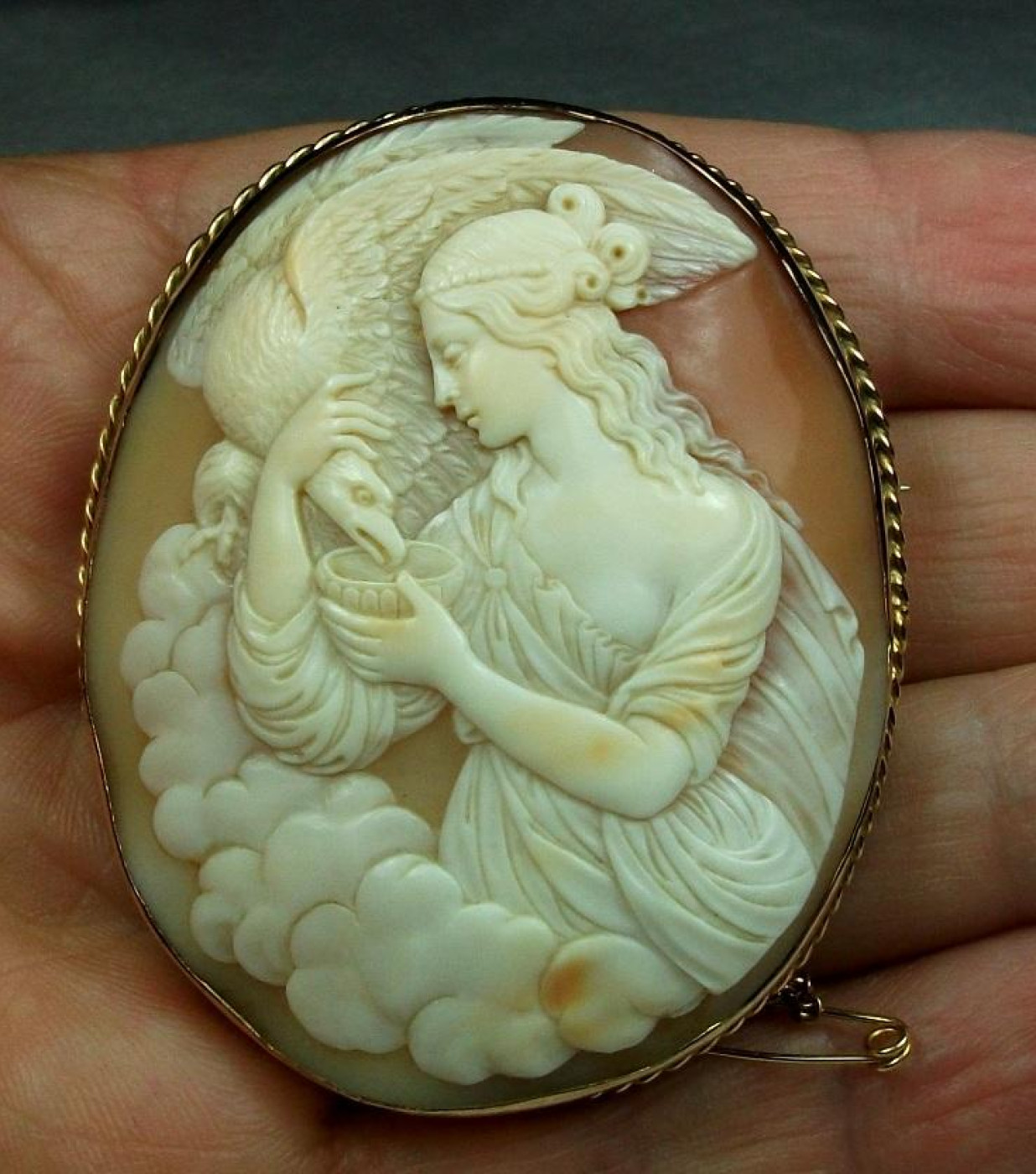 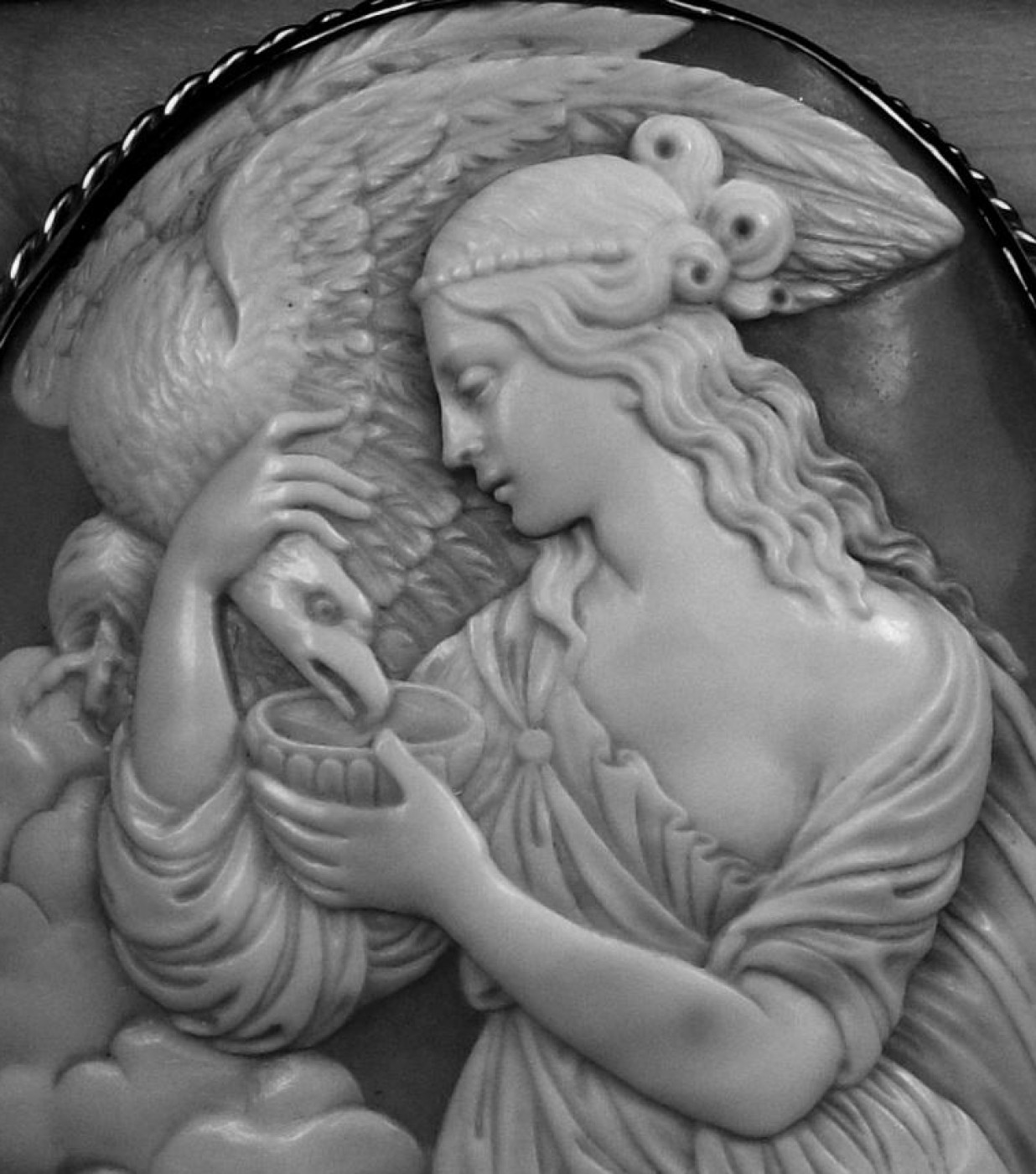 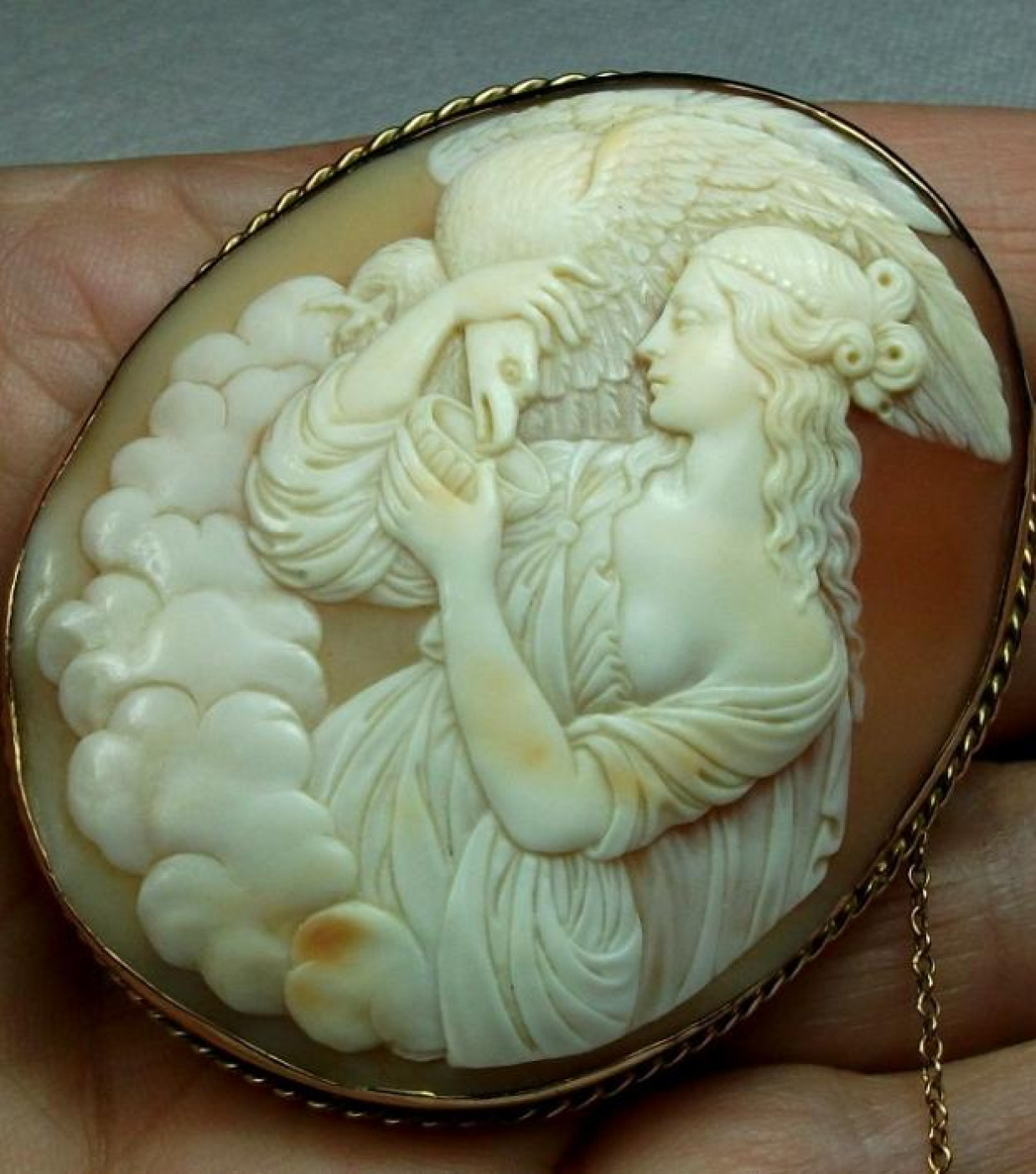 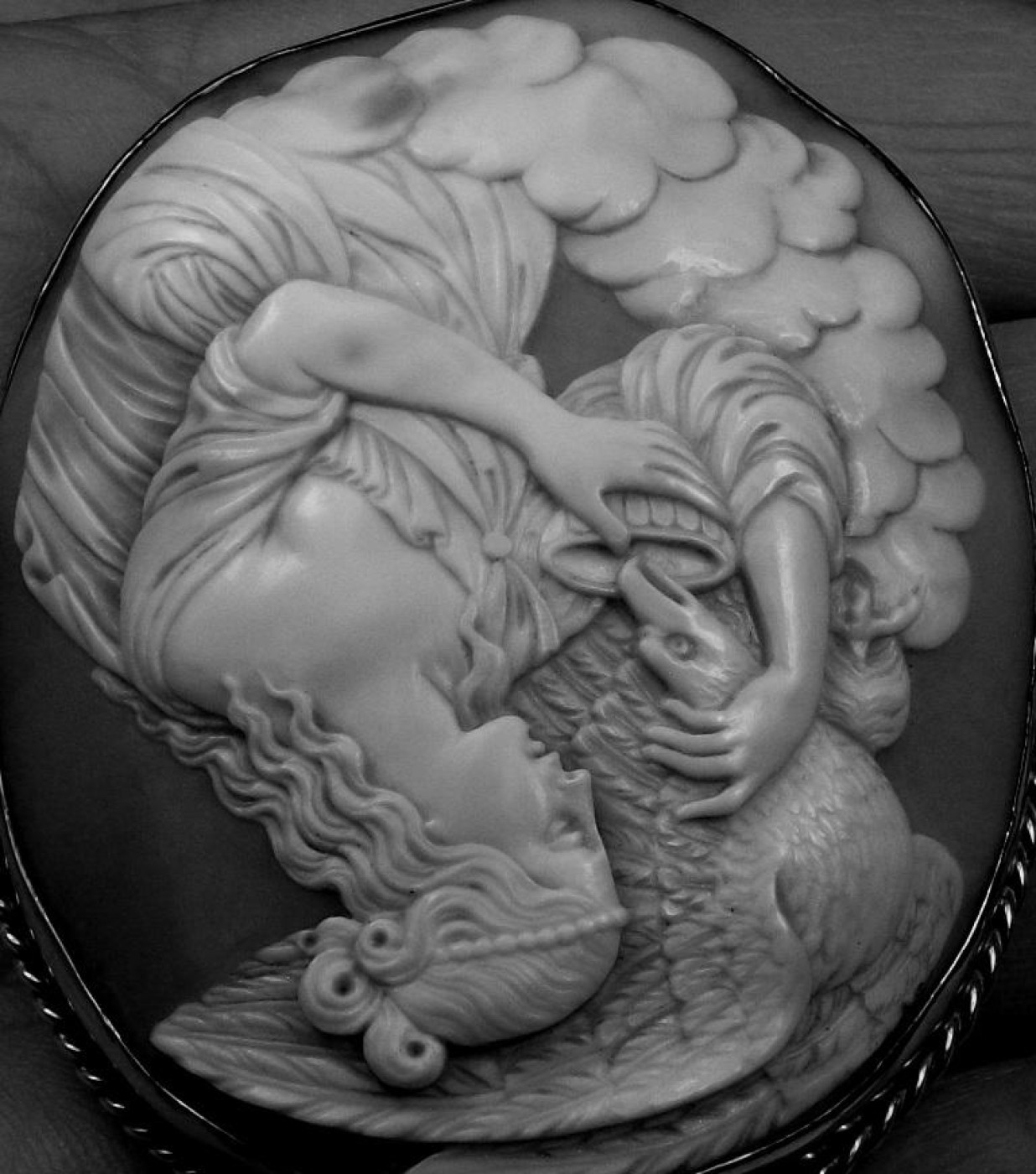 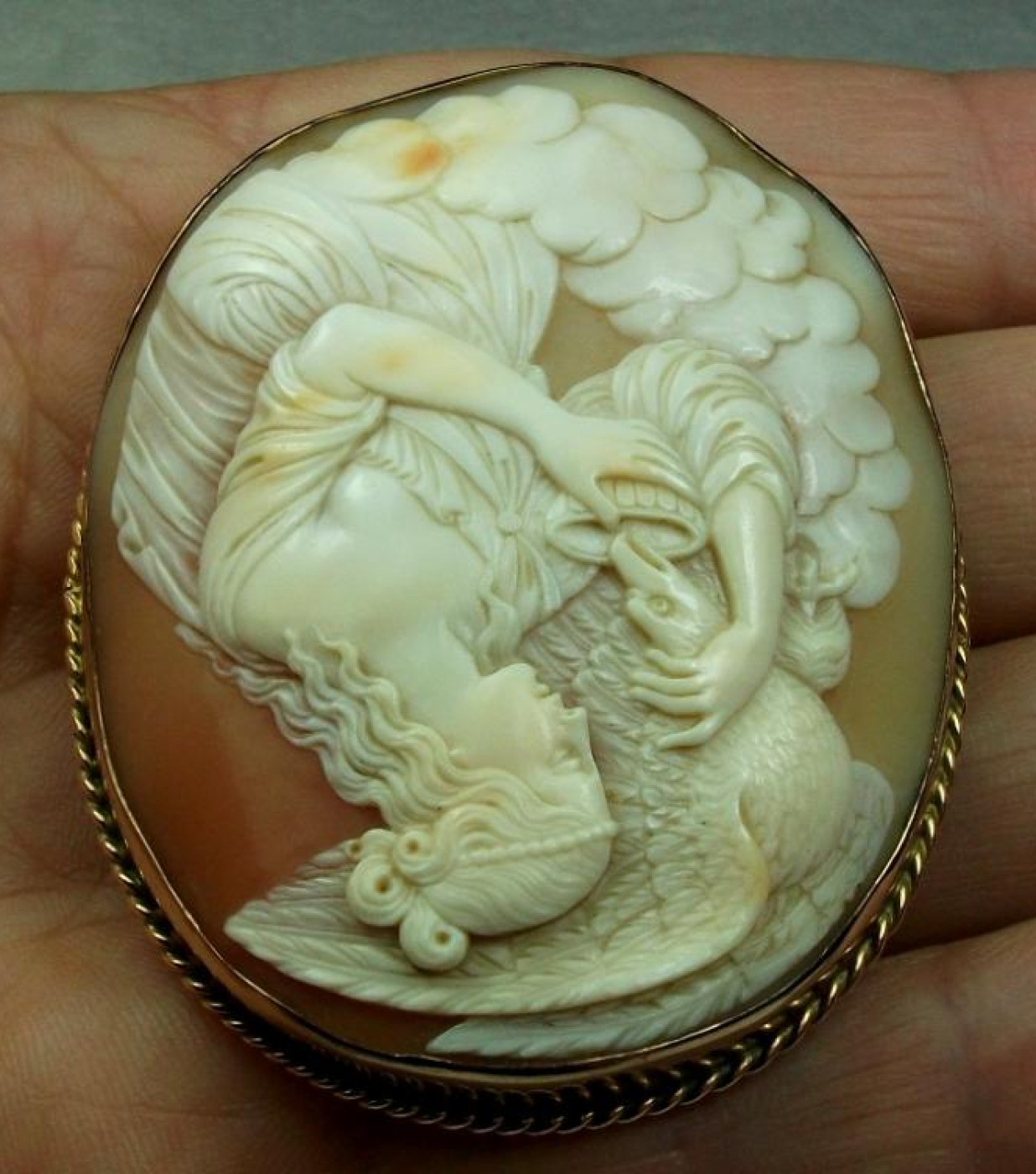 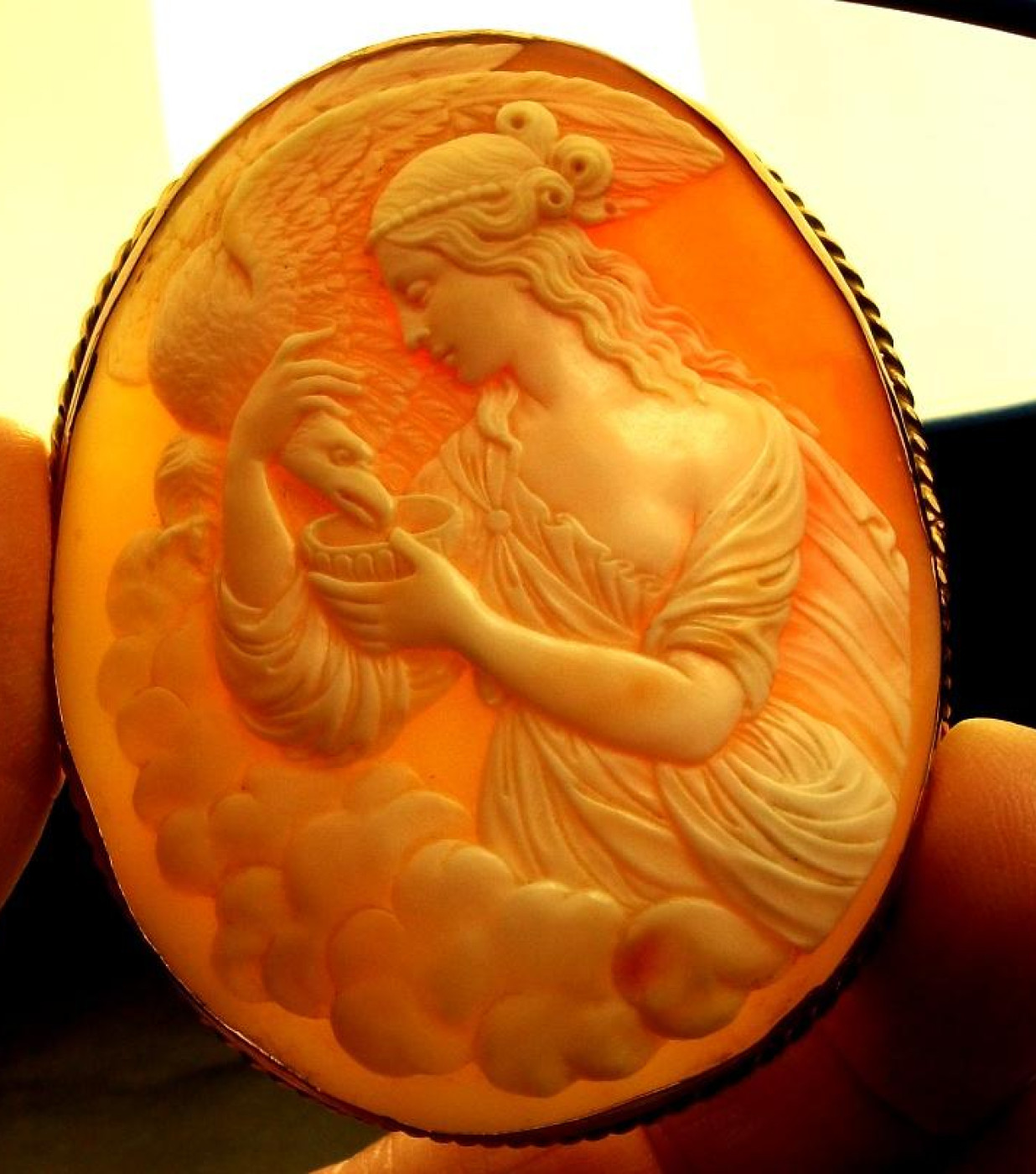 Museum quality cameo depicting Hebe feeding the Eagle of Zeus. This cameo is a triumph of grace and delicacy. Everything in this piece speaks about art and the carver who made this work was just a true artist. Look at the beauty of Hebe, her face is so pretty and at the same time so regal, her facial expression is sweetest. The carving is perfect in every details, a three dimensional one. Note the pearls in her hair and the crown of plaited hair. Look how the carver used the shell to evidence her face, her hair, the eagle. The delicacy of this piece is truly amazing.  The shell is perfect, no lines at all. Look with how much grace she holds the eagle's head.  Her dress is softly leant on her shoulder leaving it exposed, you can note the ruched dress which leaves a part of her breast nude. Everything is wonderfully carved.  You can also see the nipple of her breast, just a bit carved. This subject was very popular in the Victorian era, probably after a painting of Sir Willian Beechey (England 1753/1839), now in the Fitzwilliam Museum in Cambridge England. This cameo is a real work of art. This subject is really amazing.  This is another masterly carved cameo. A very desirable collectors piece, rare and museum quality cameo.