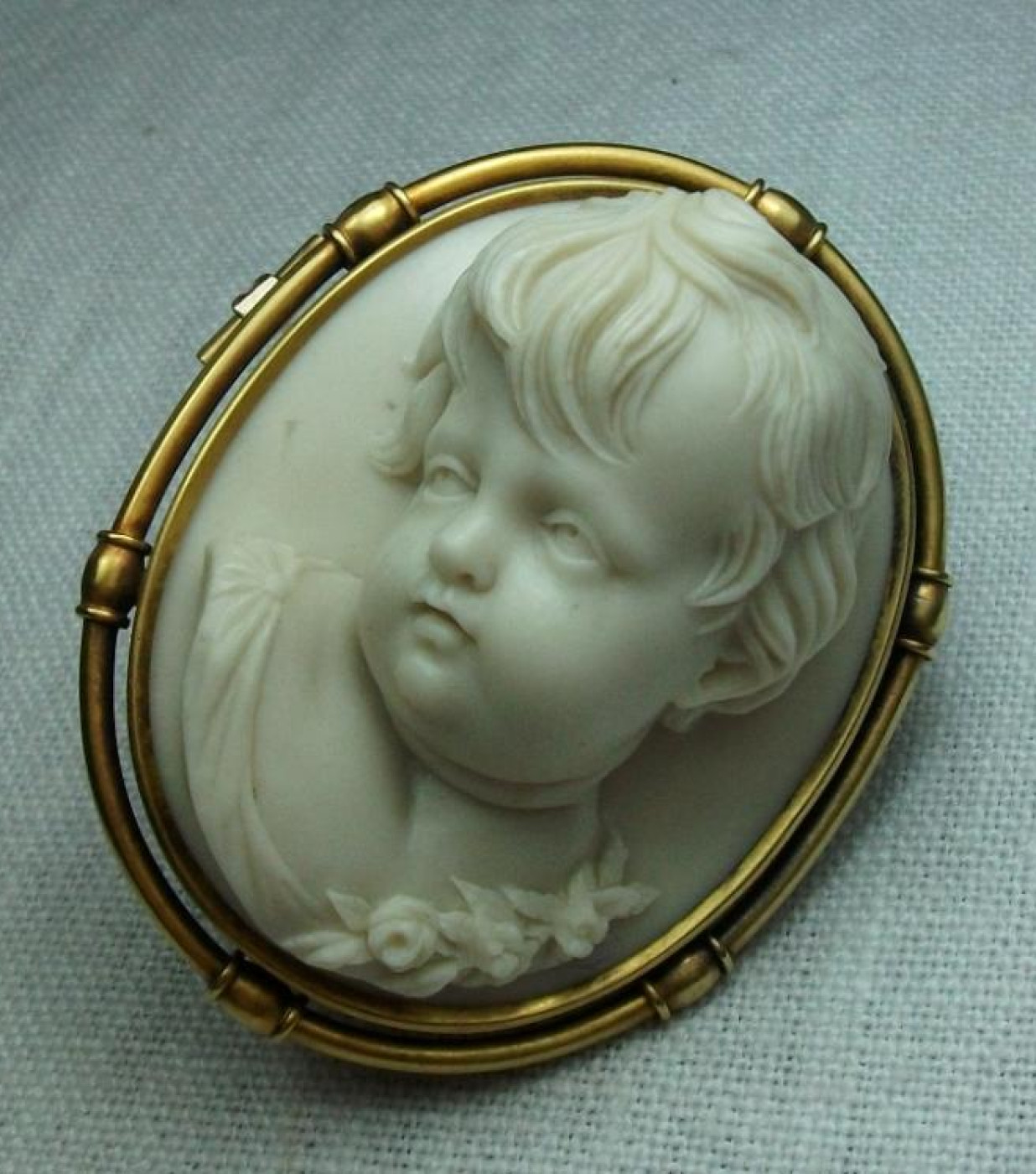 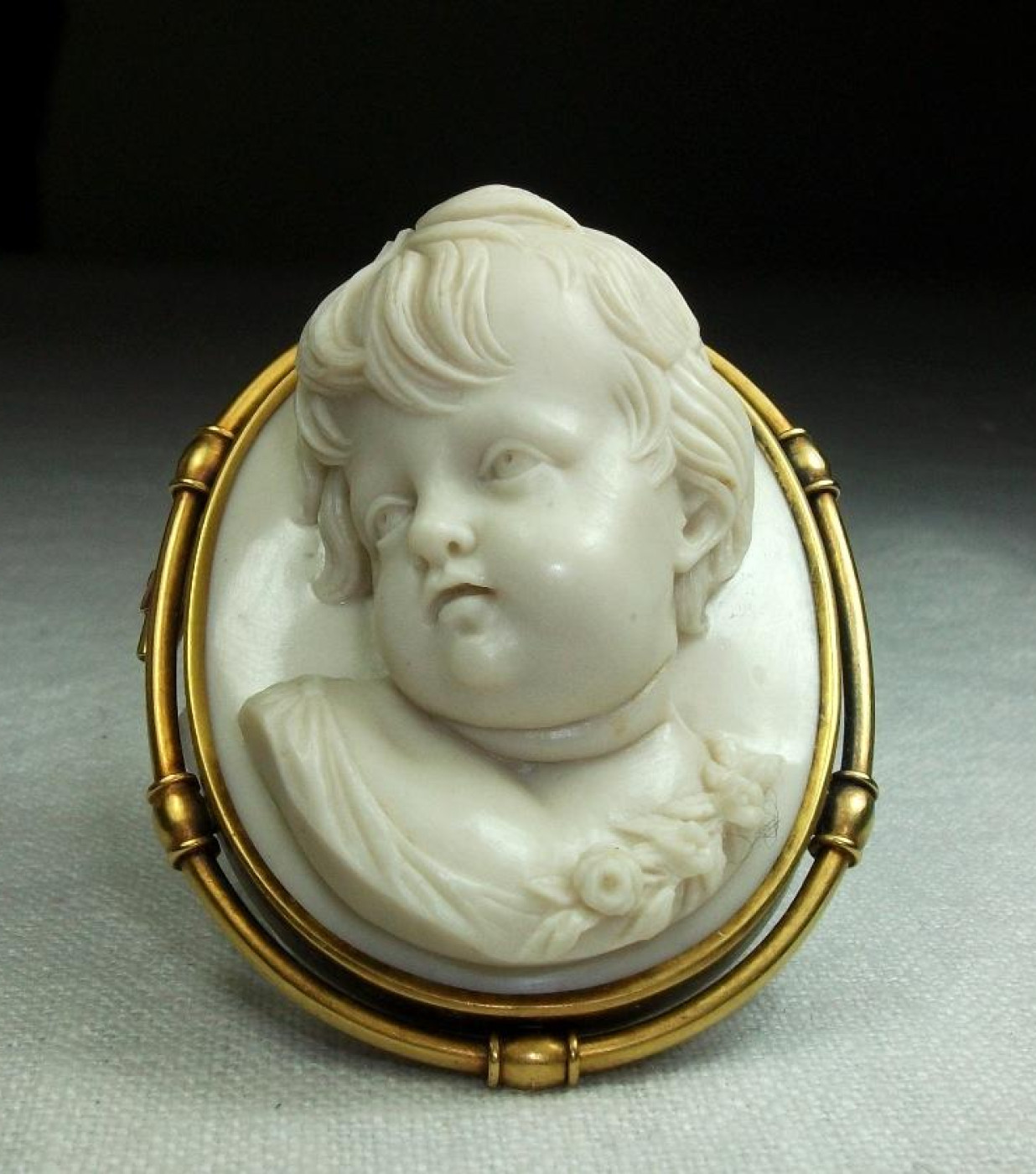 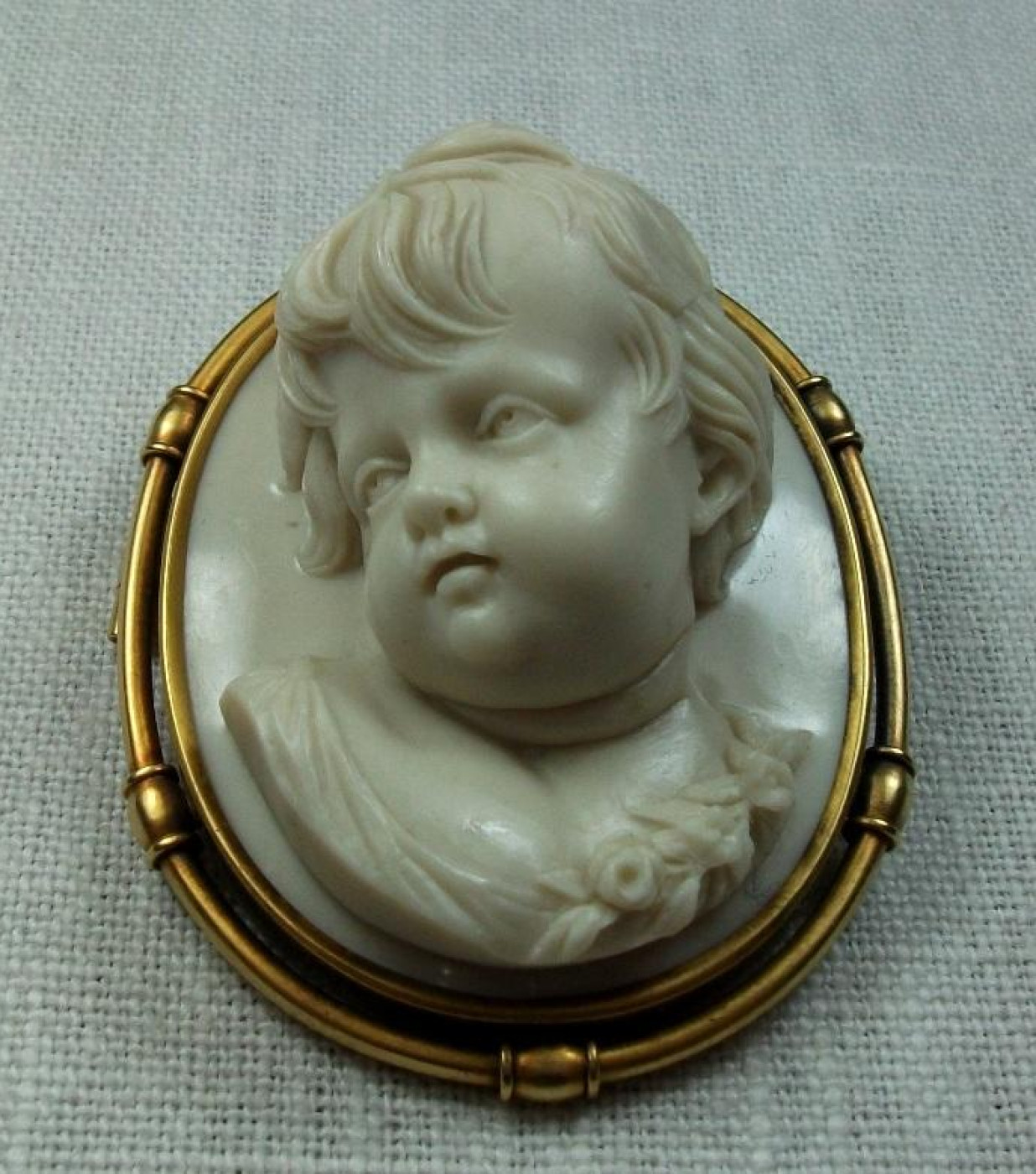 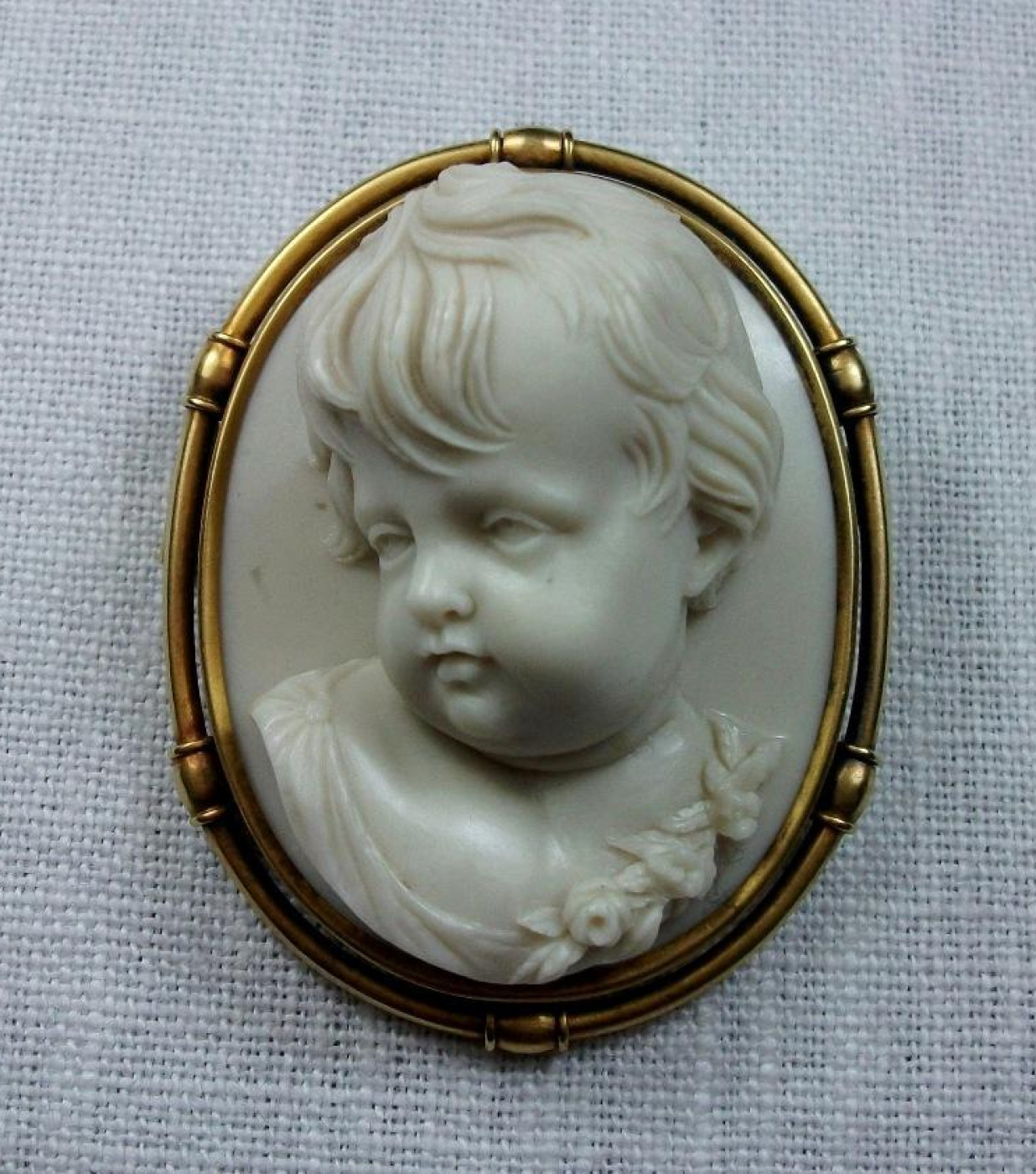 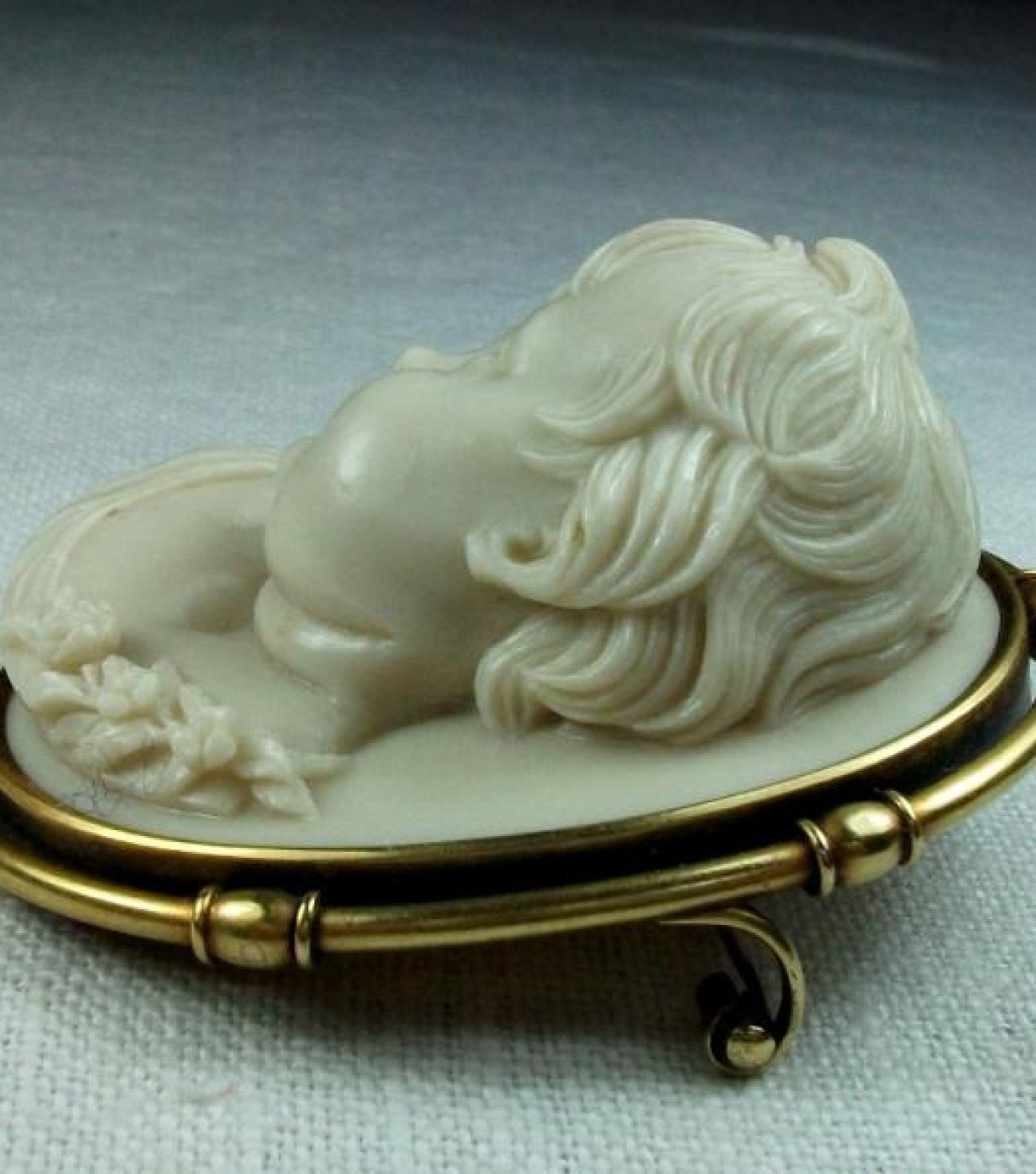 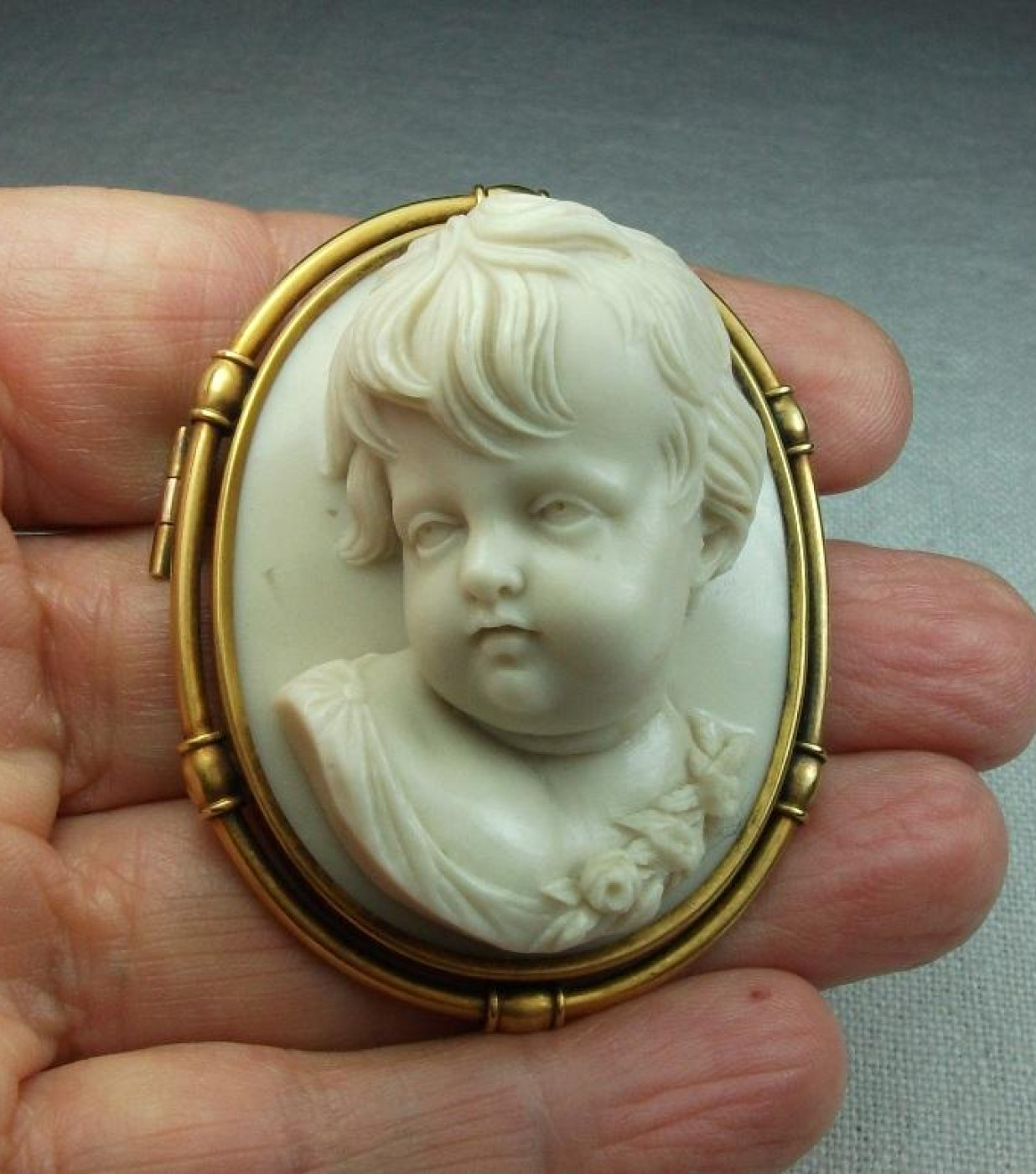 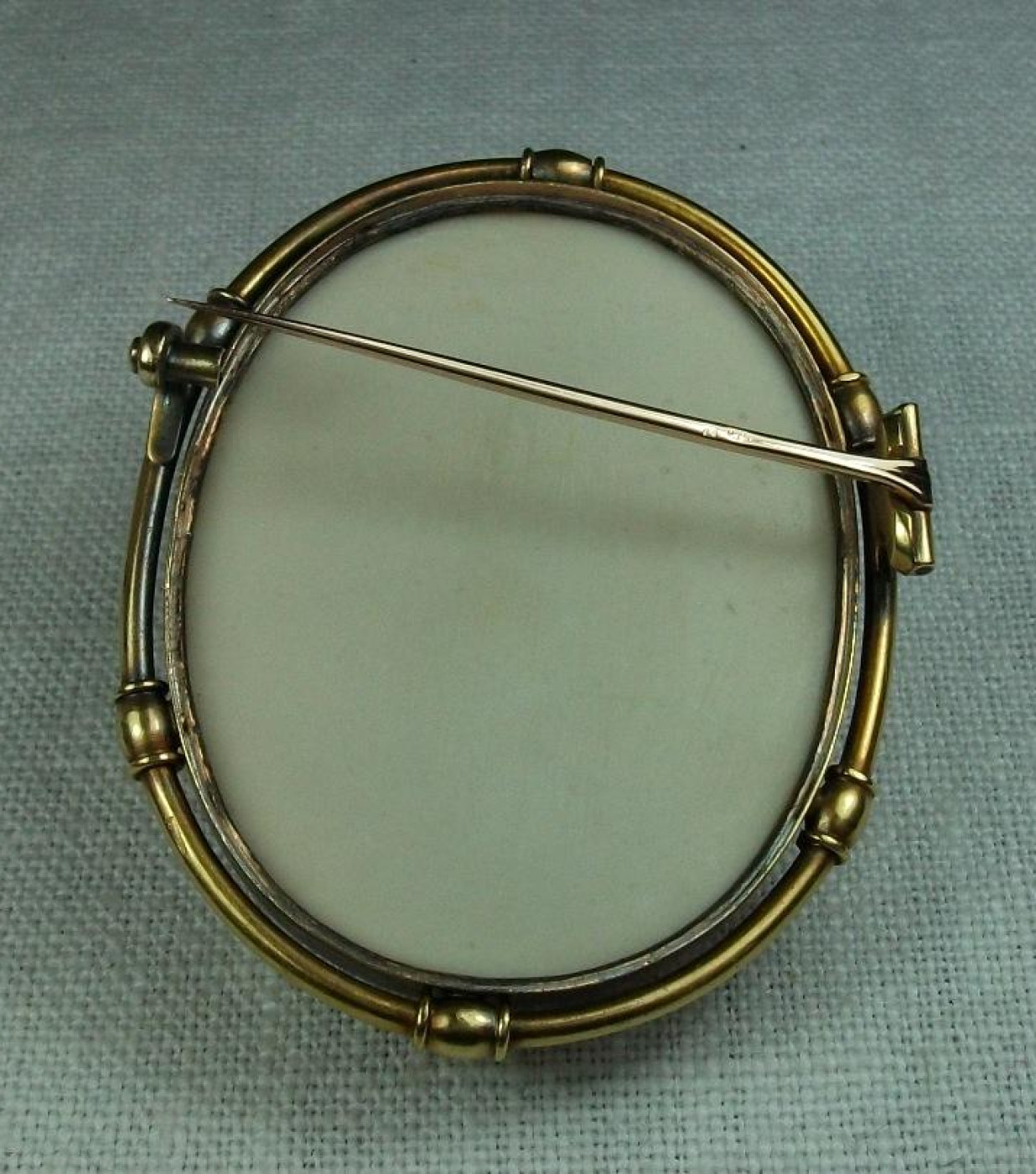 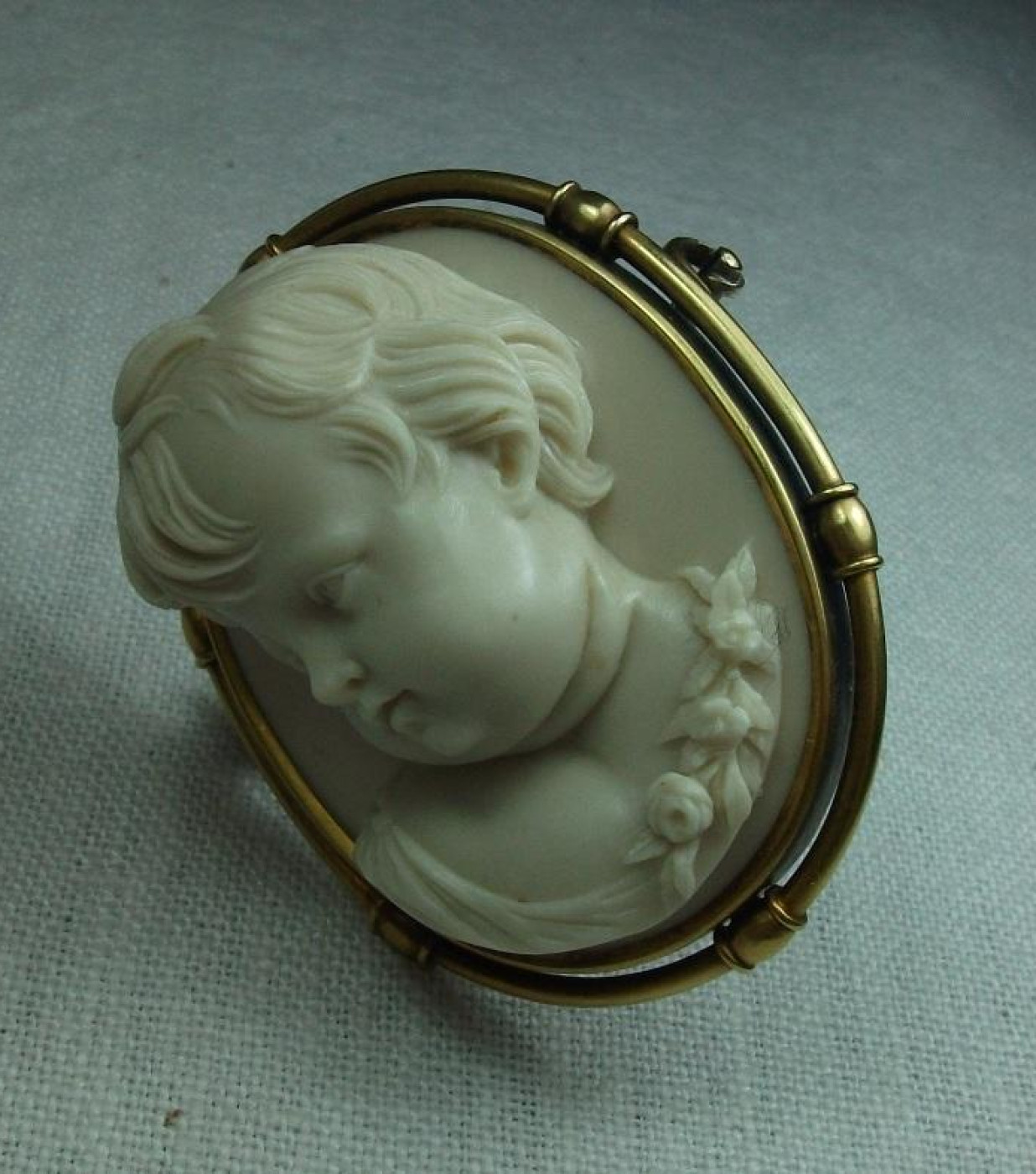 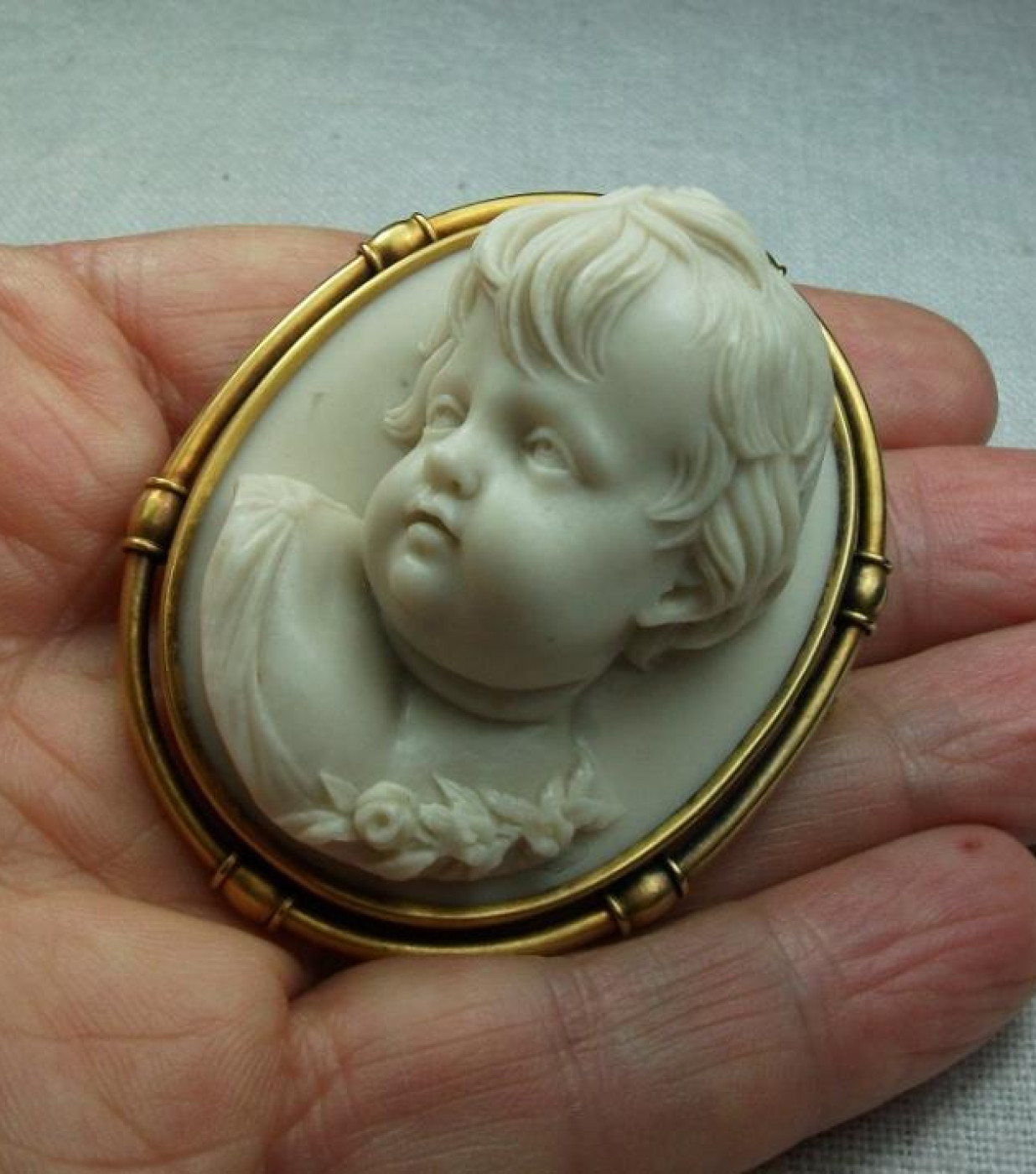 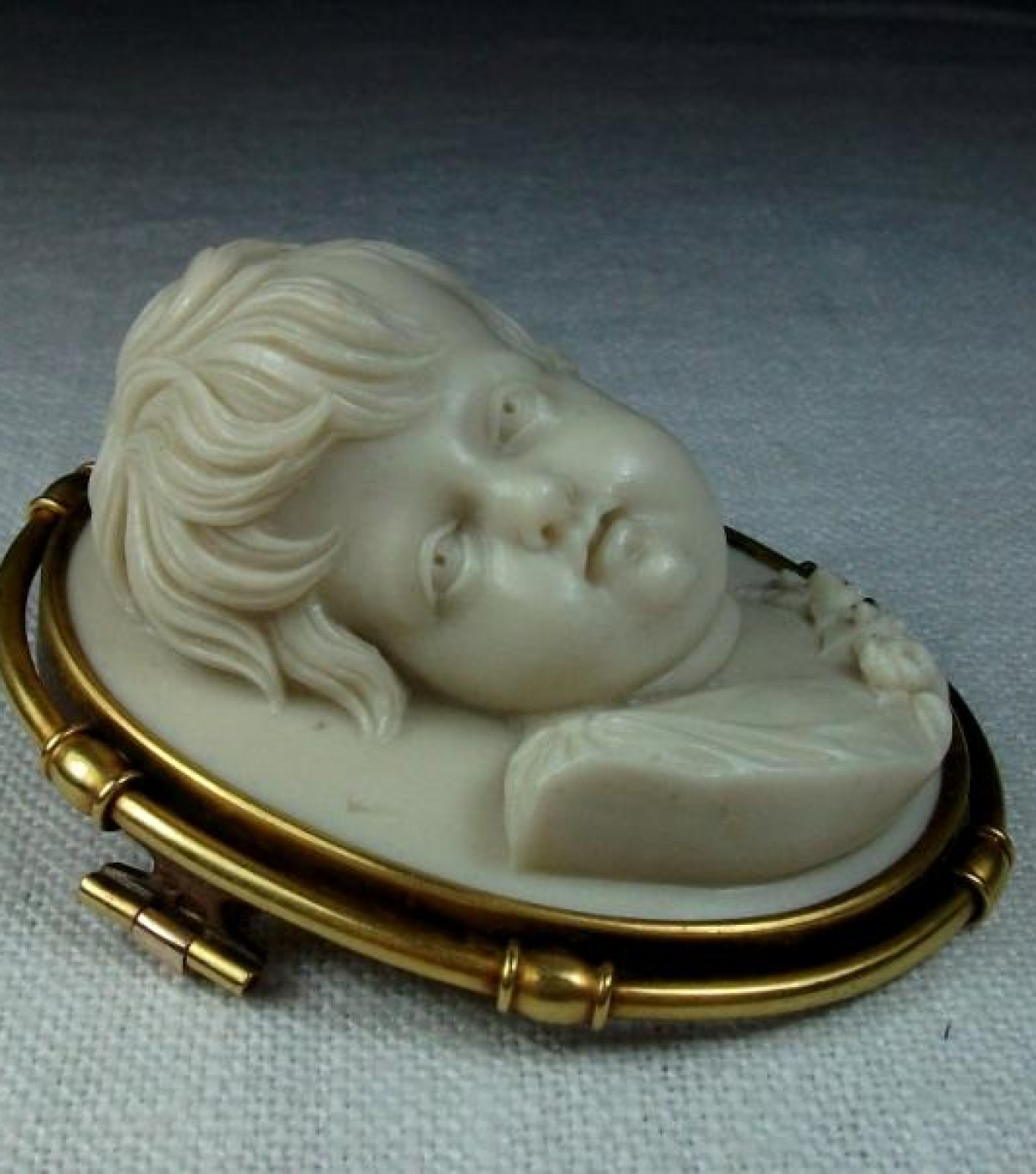 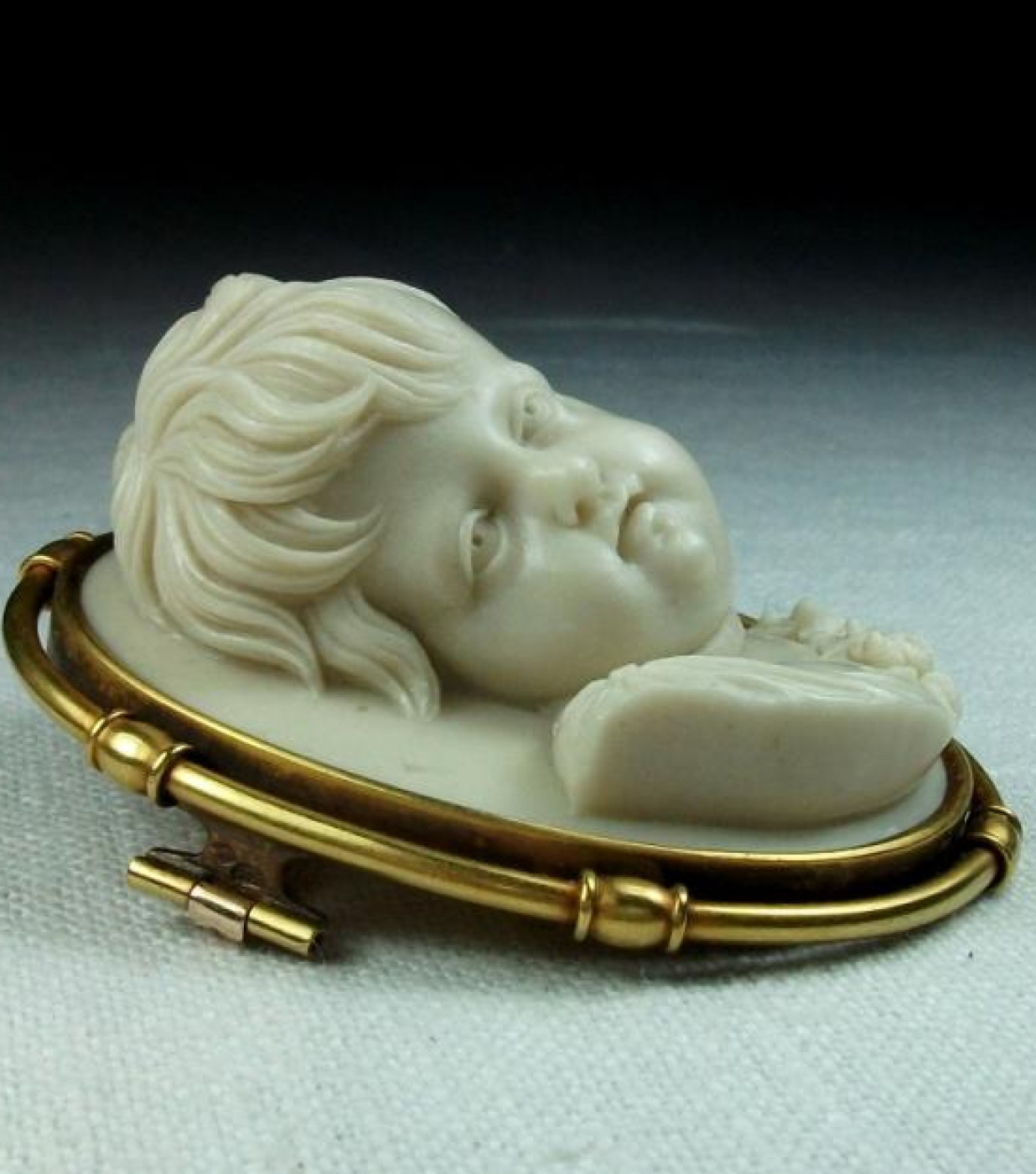 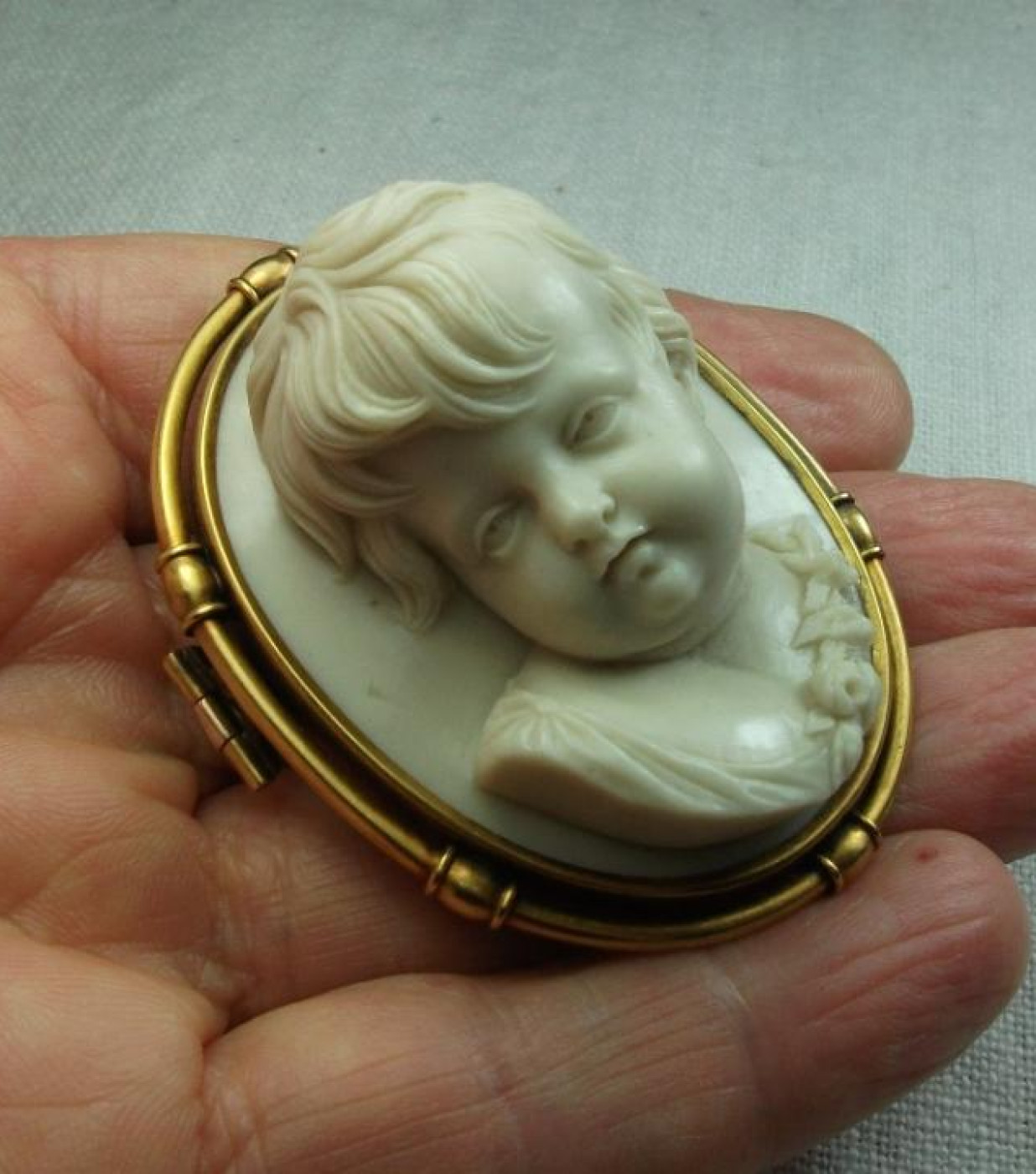 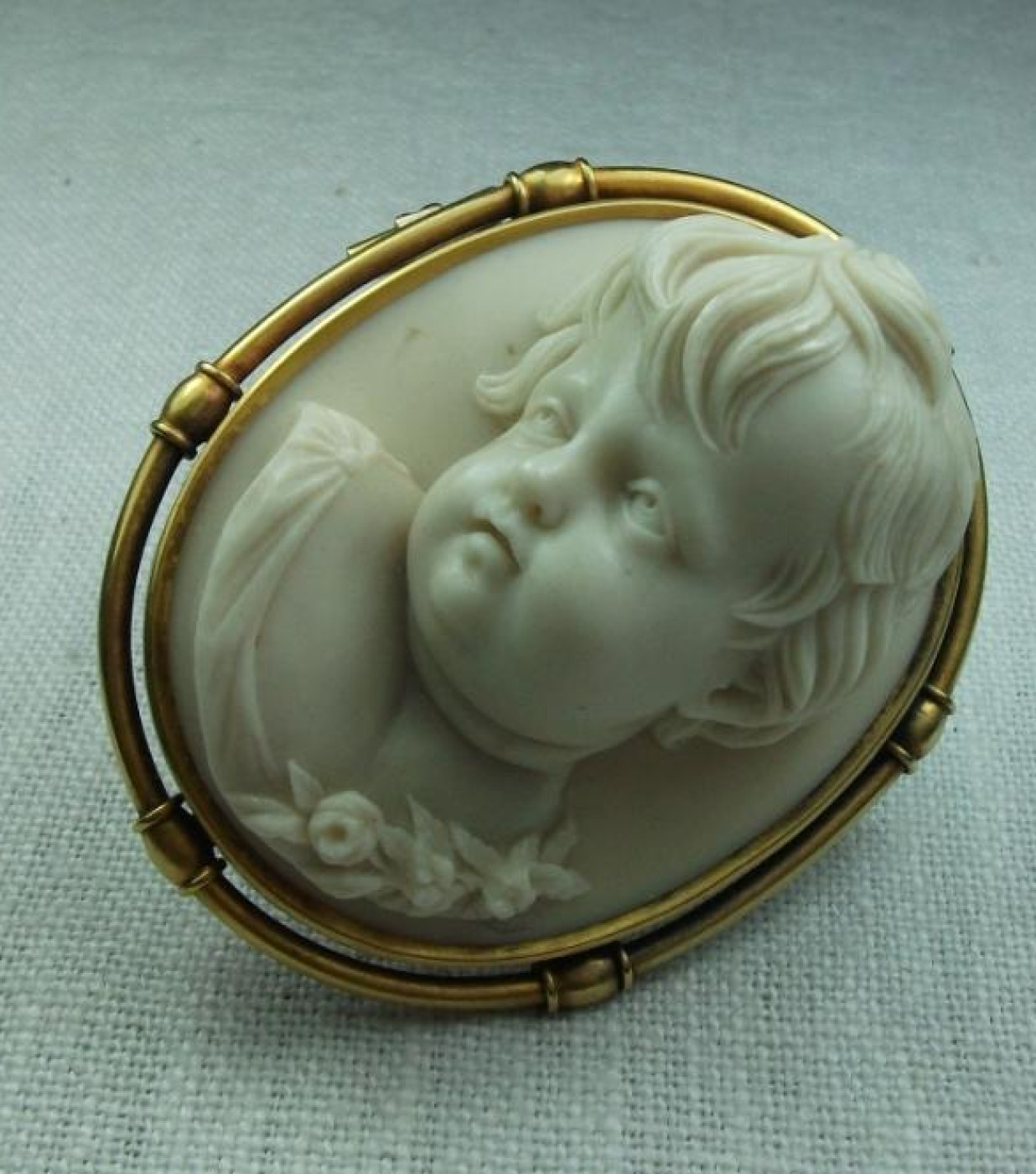 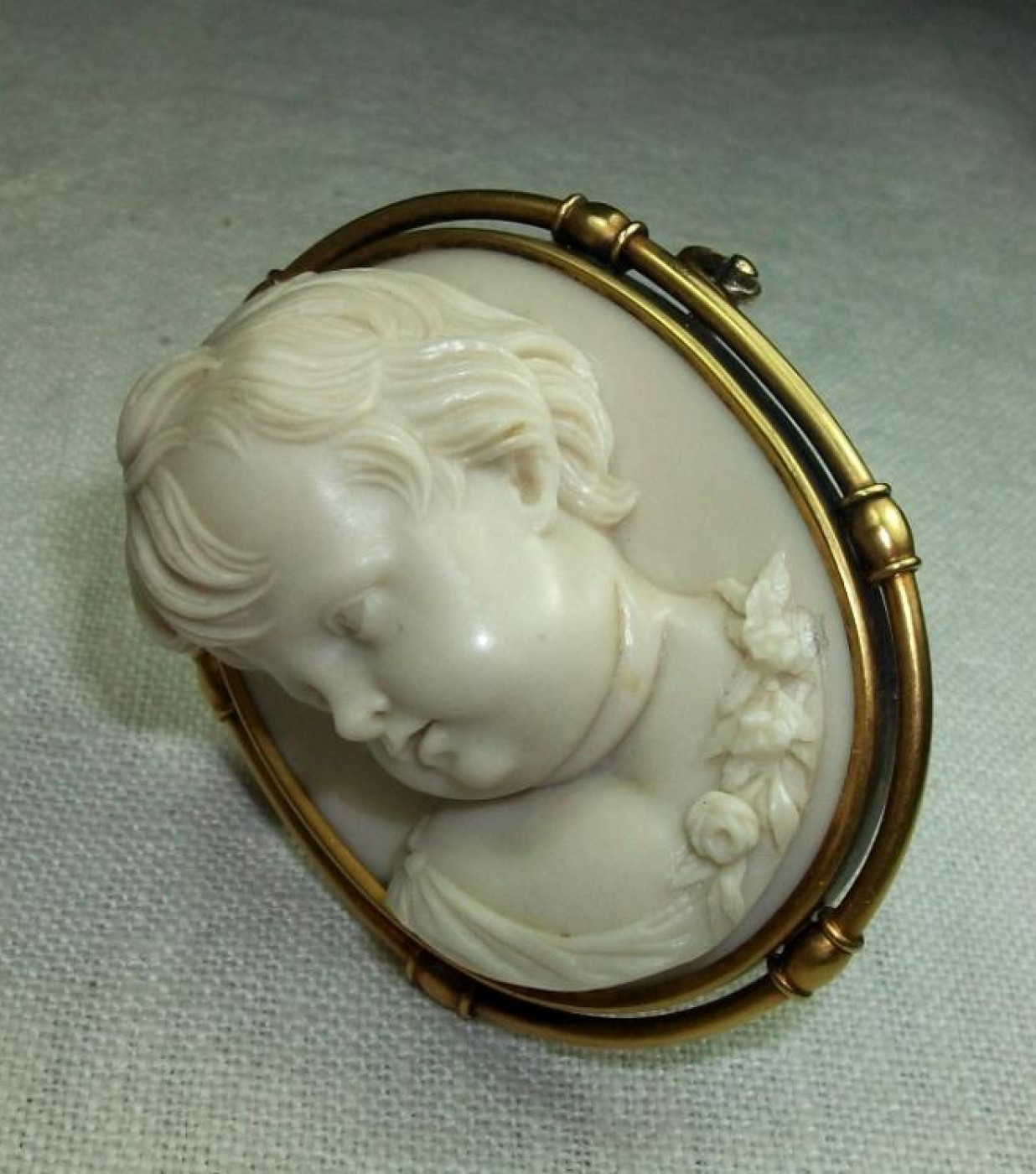 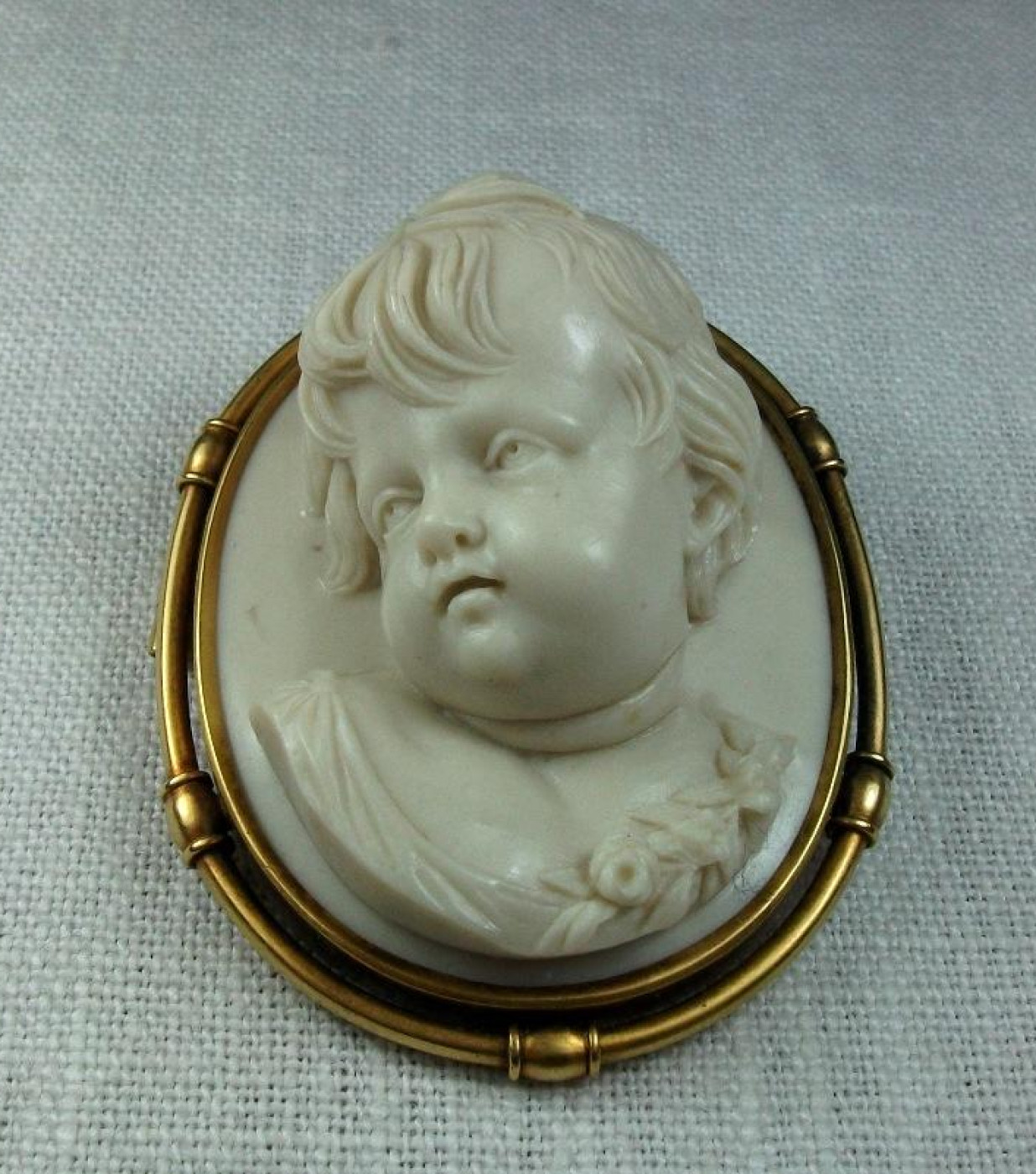 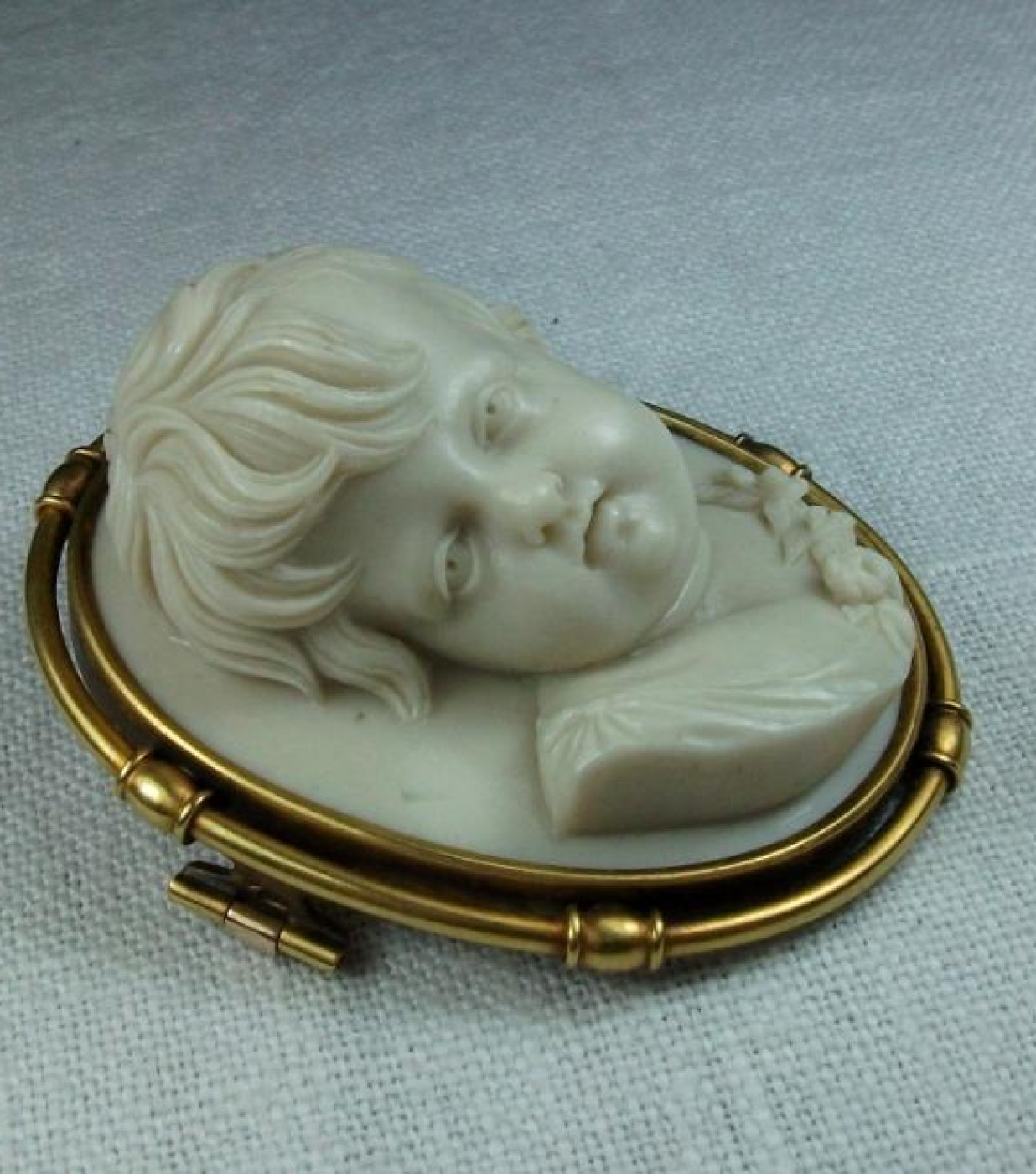 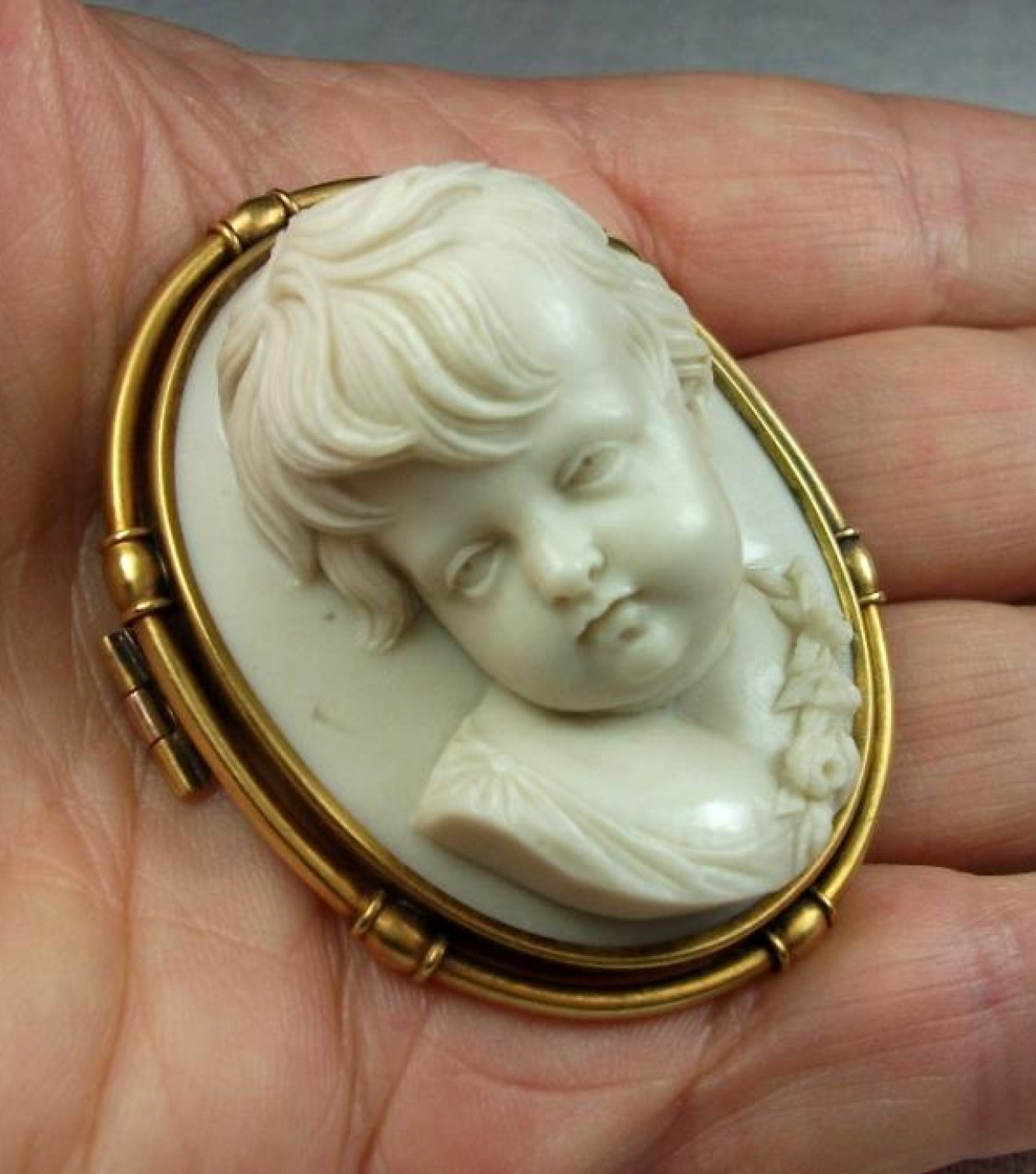 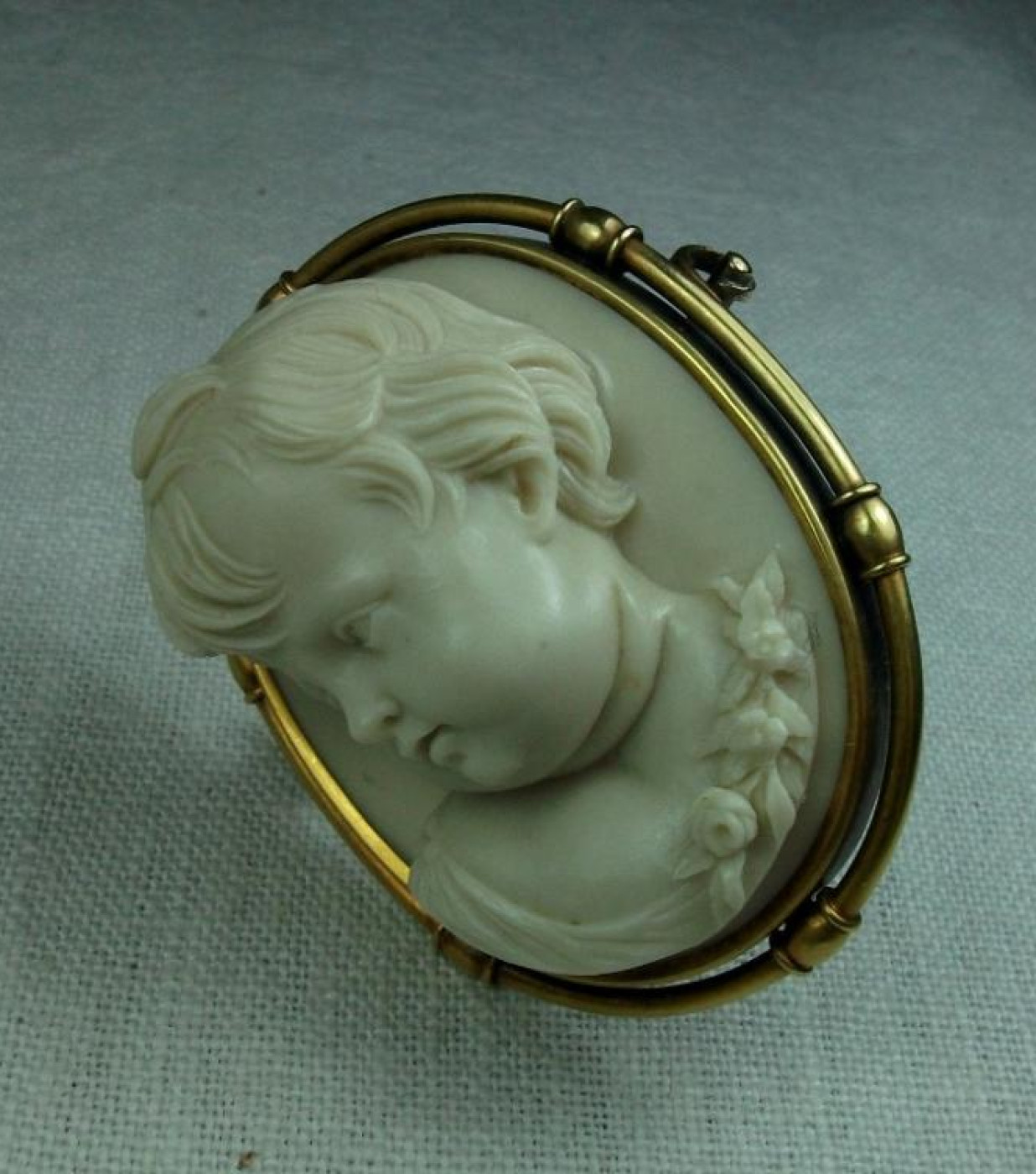 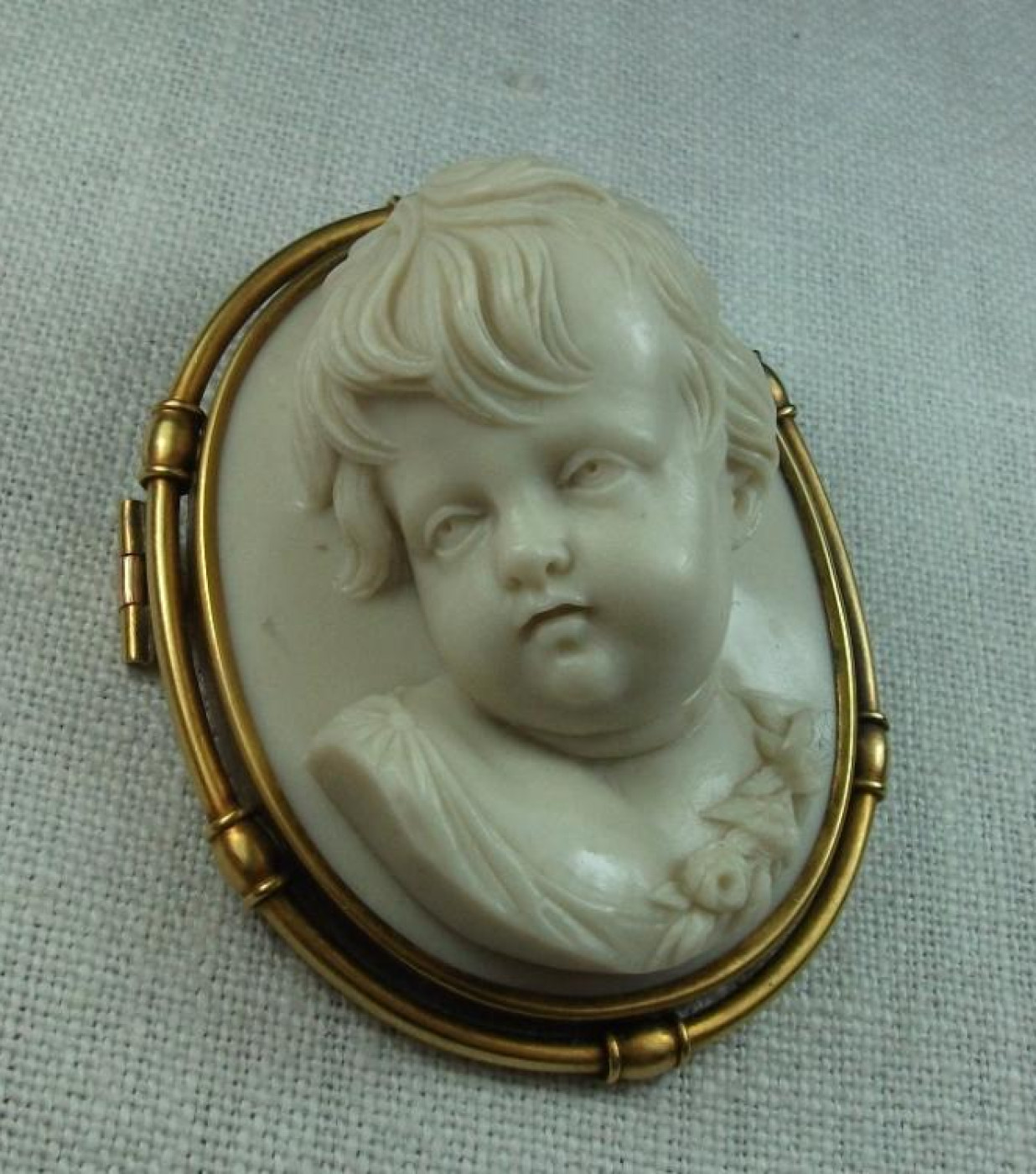 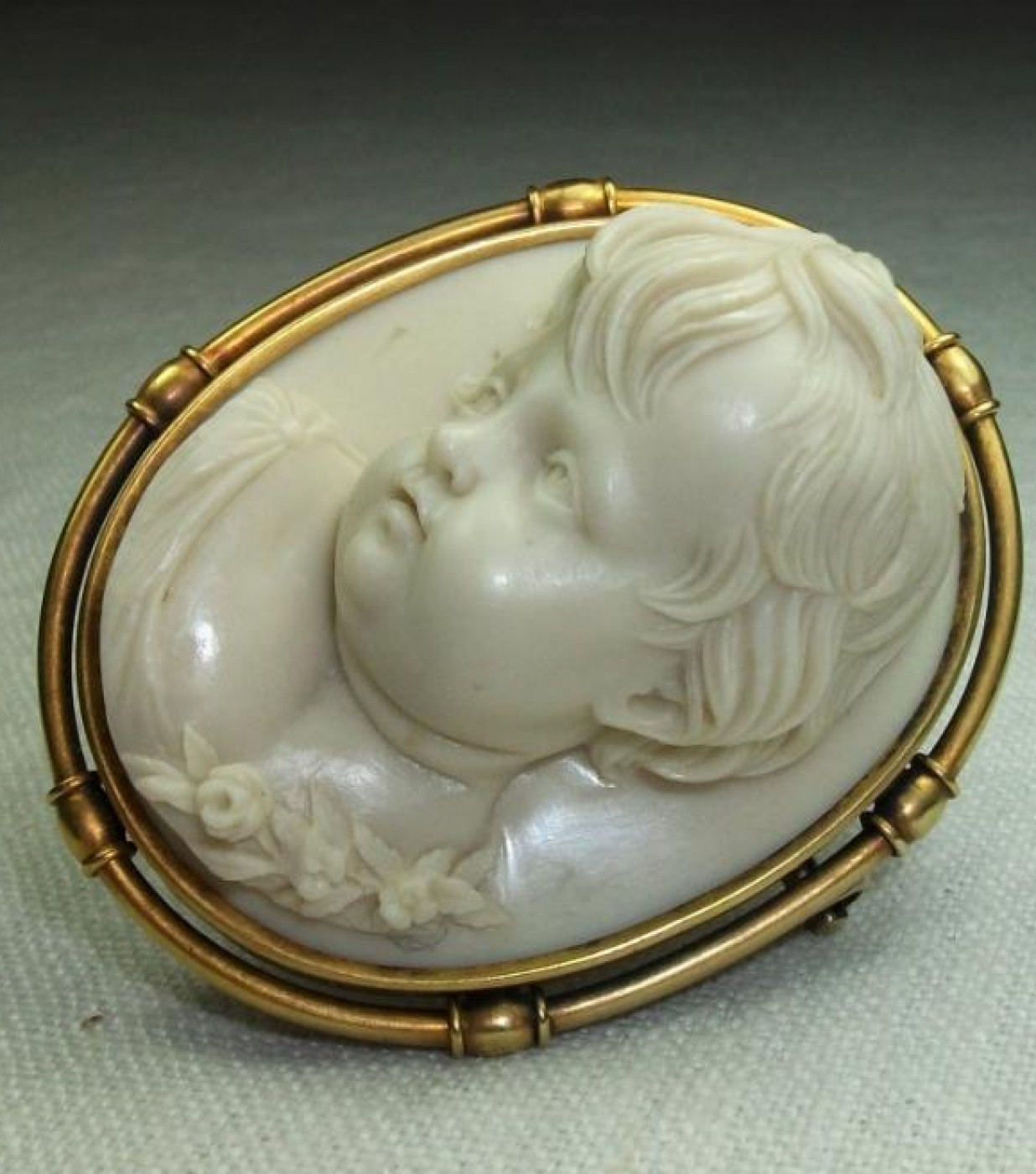 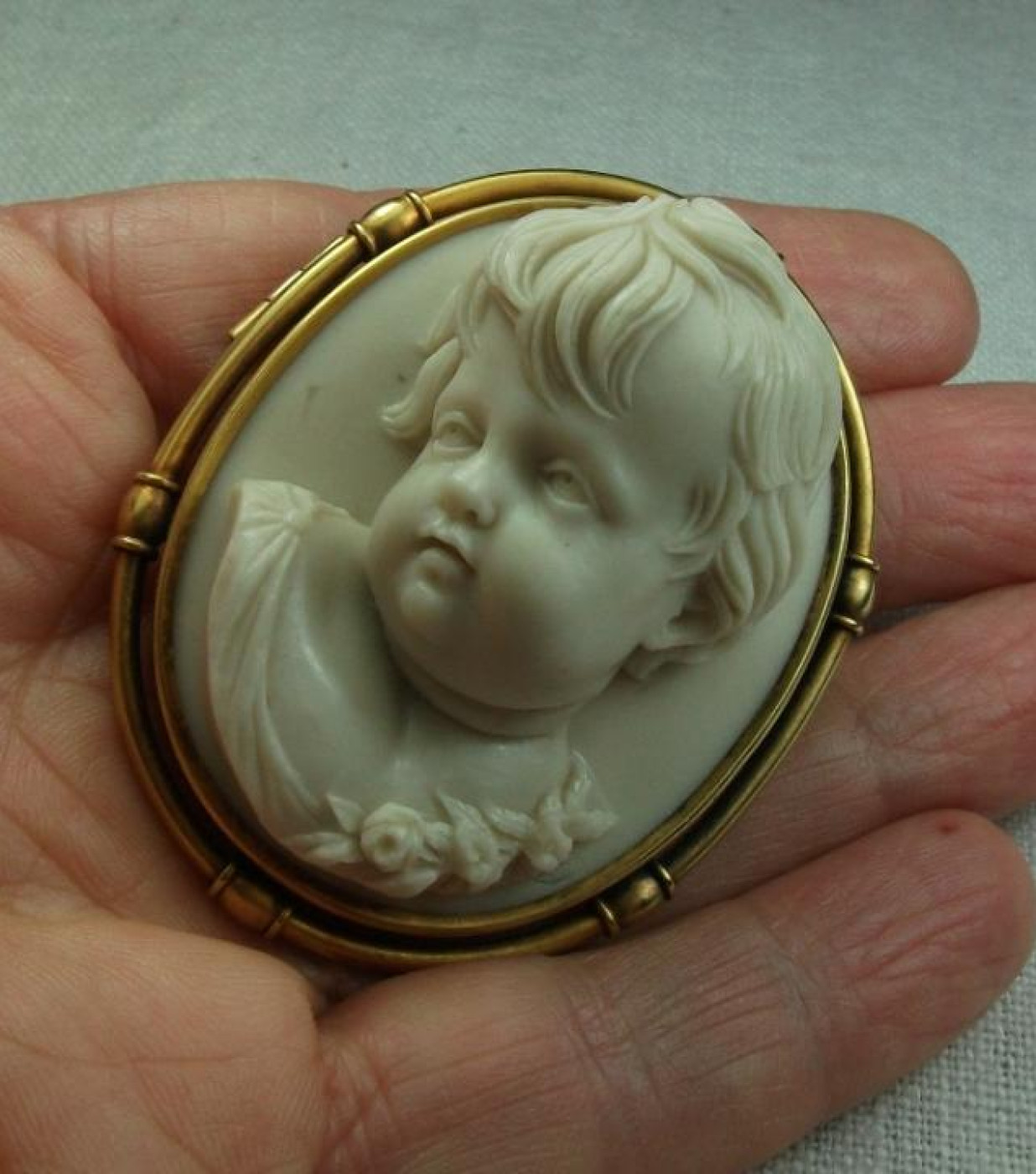 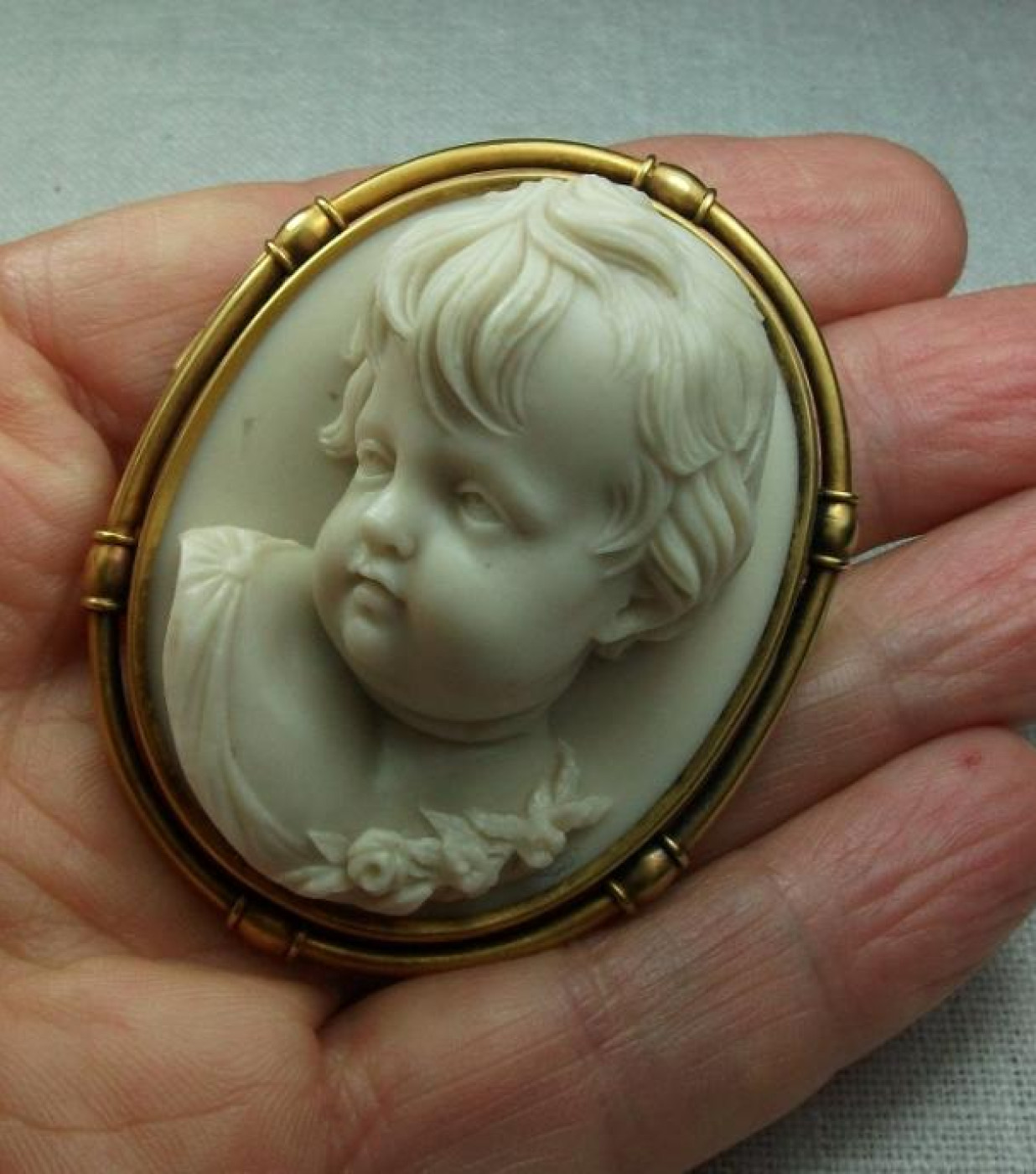 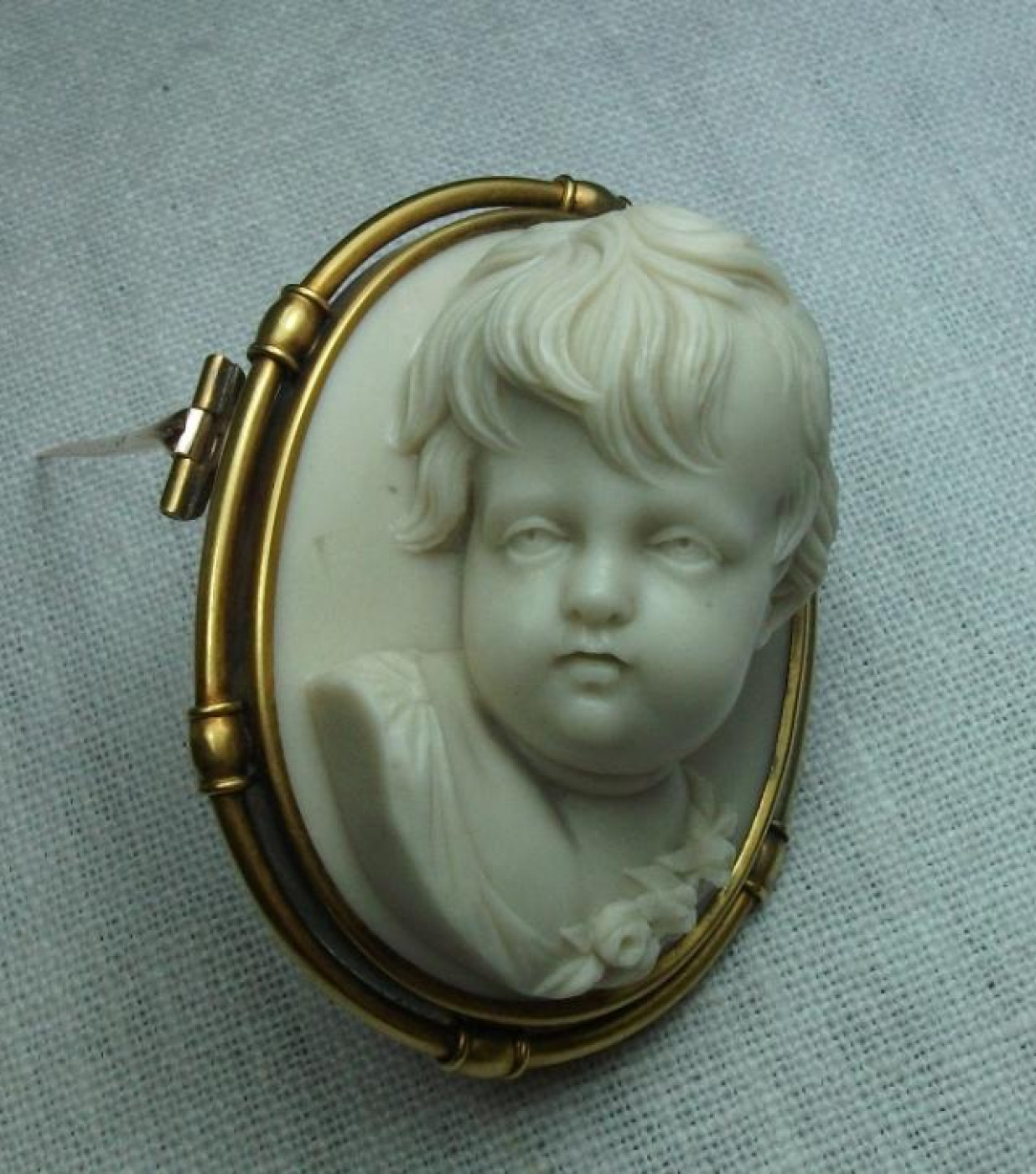 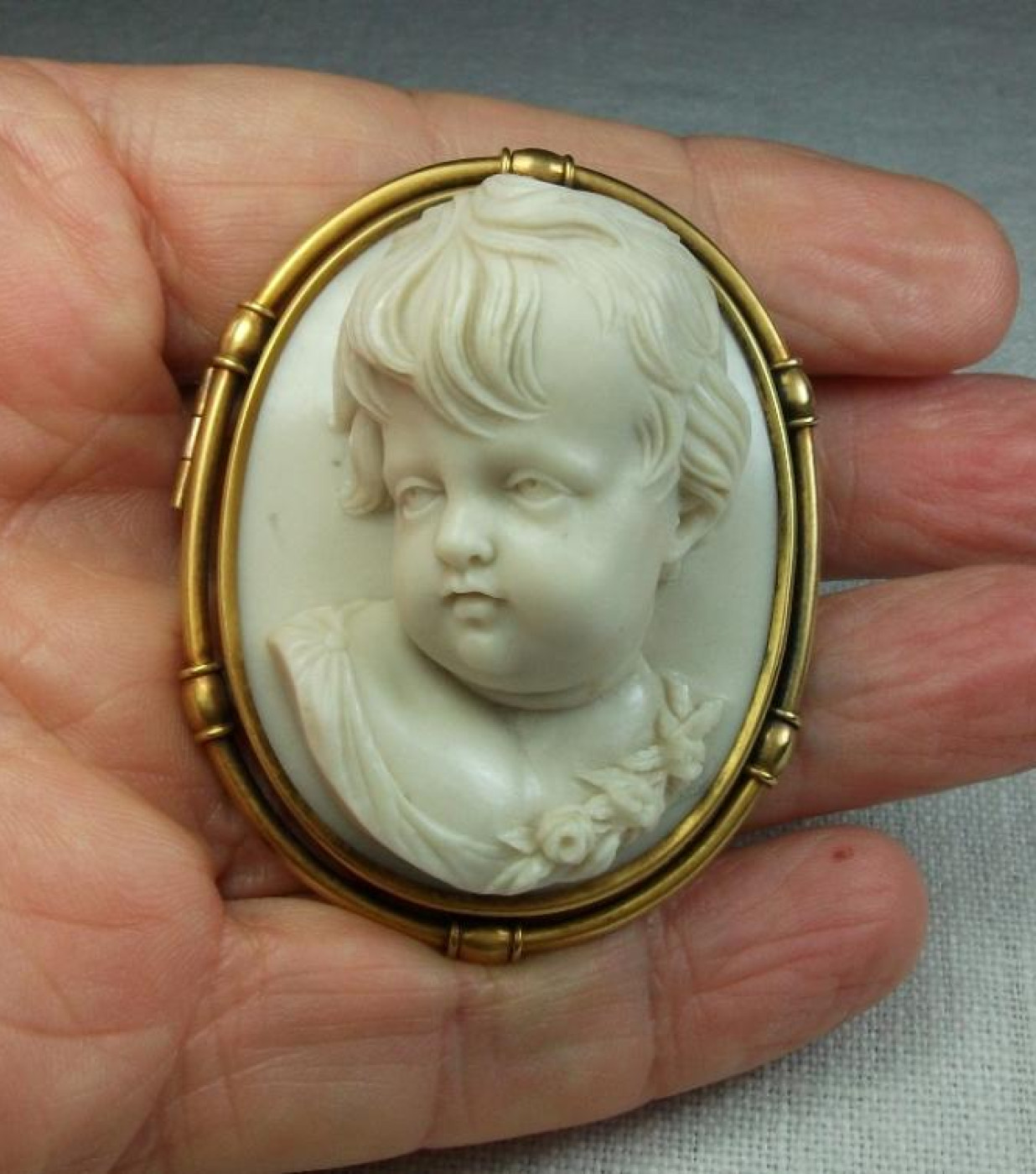 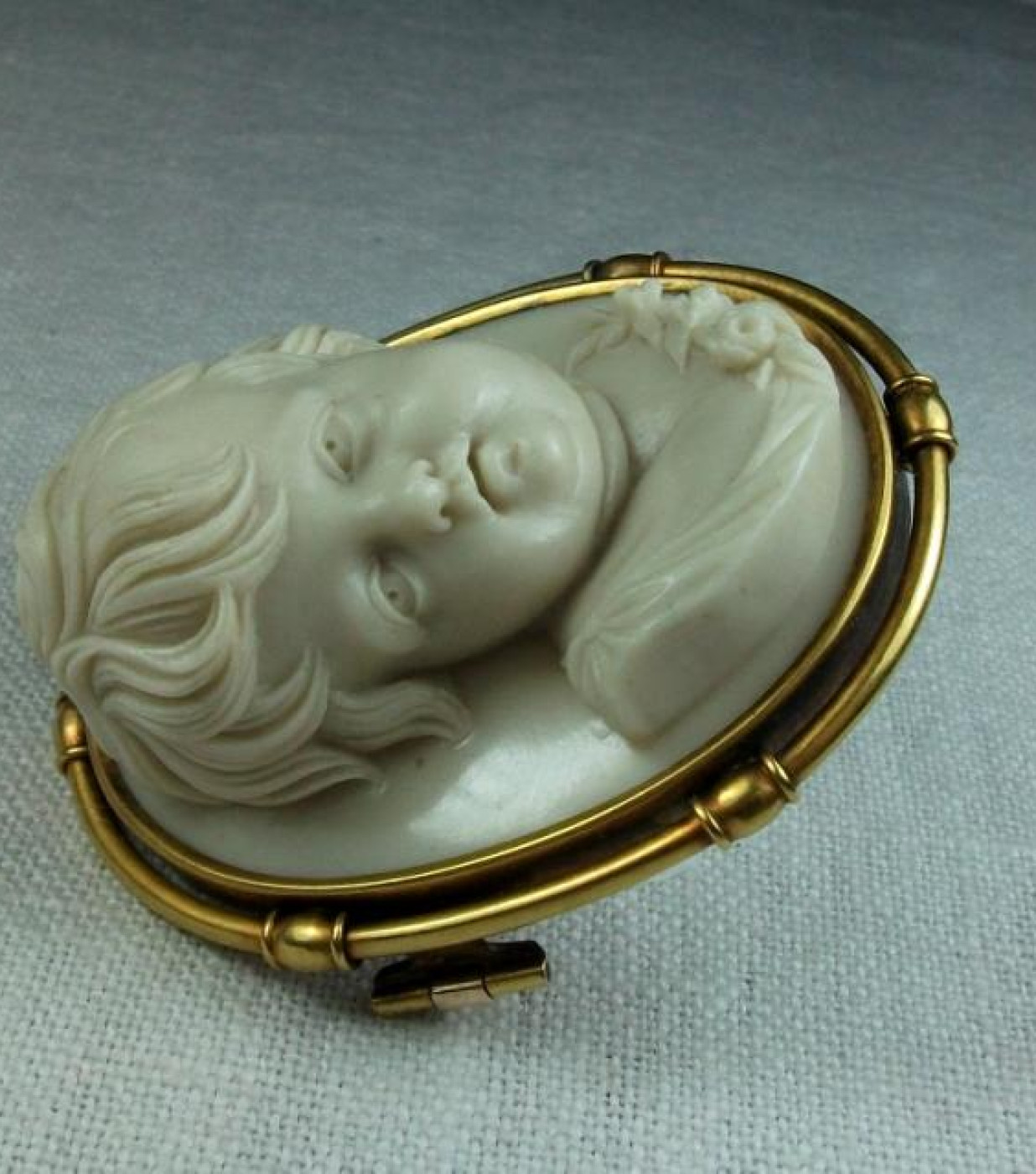 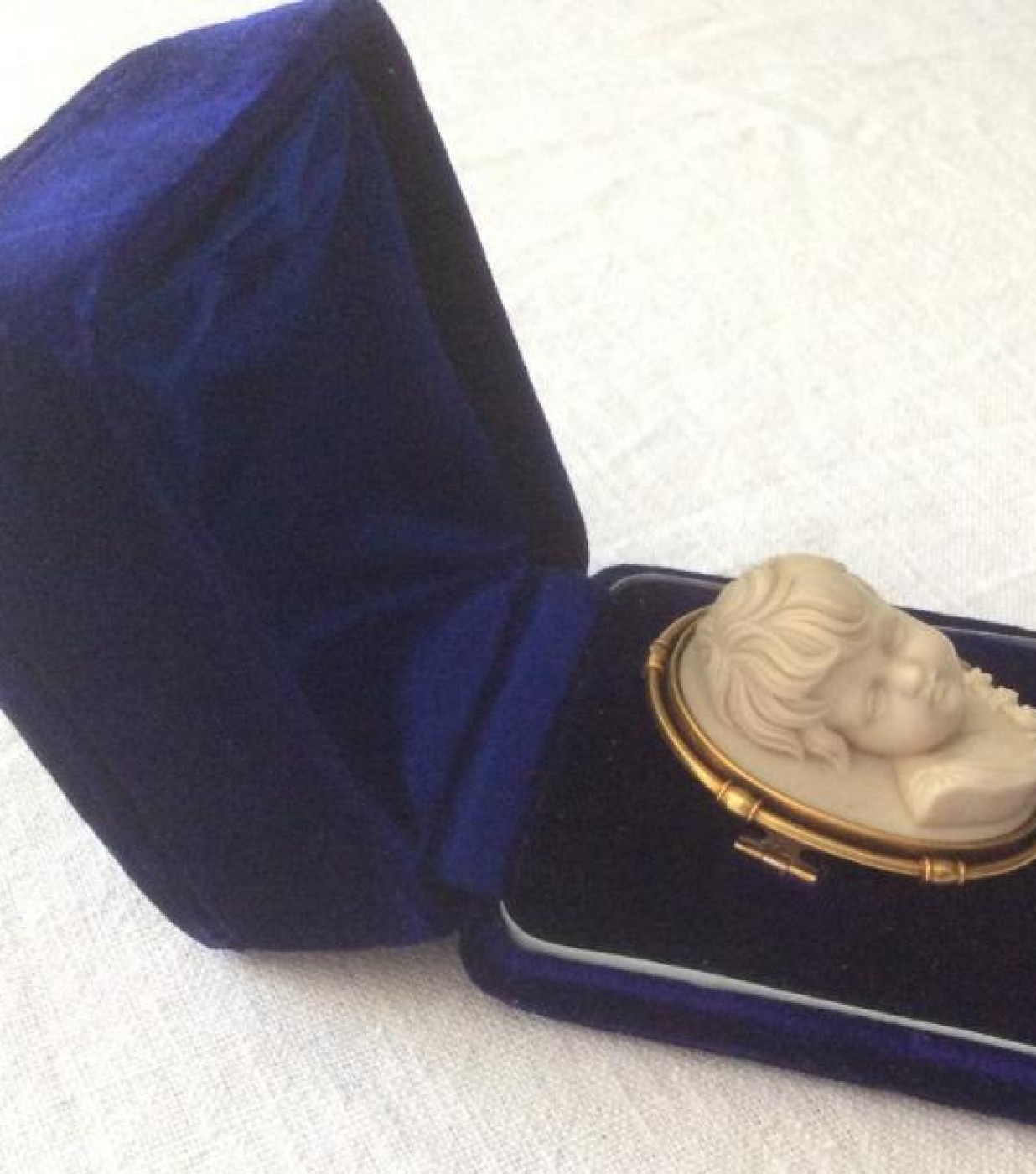 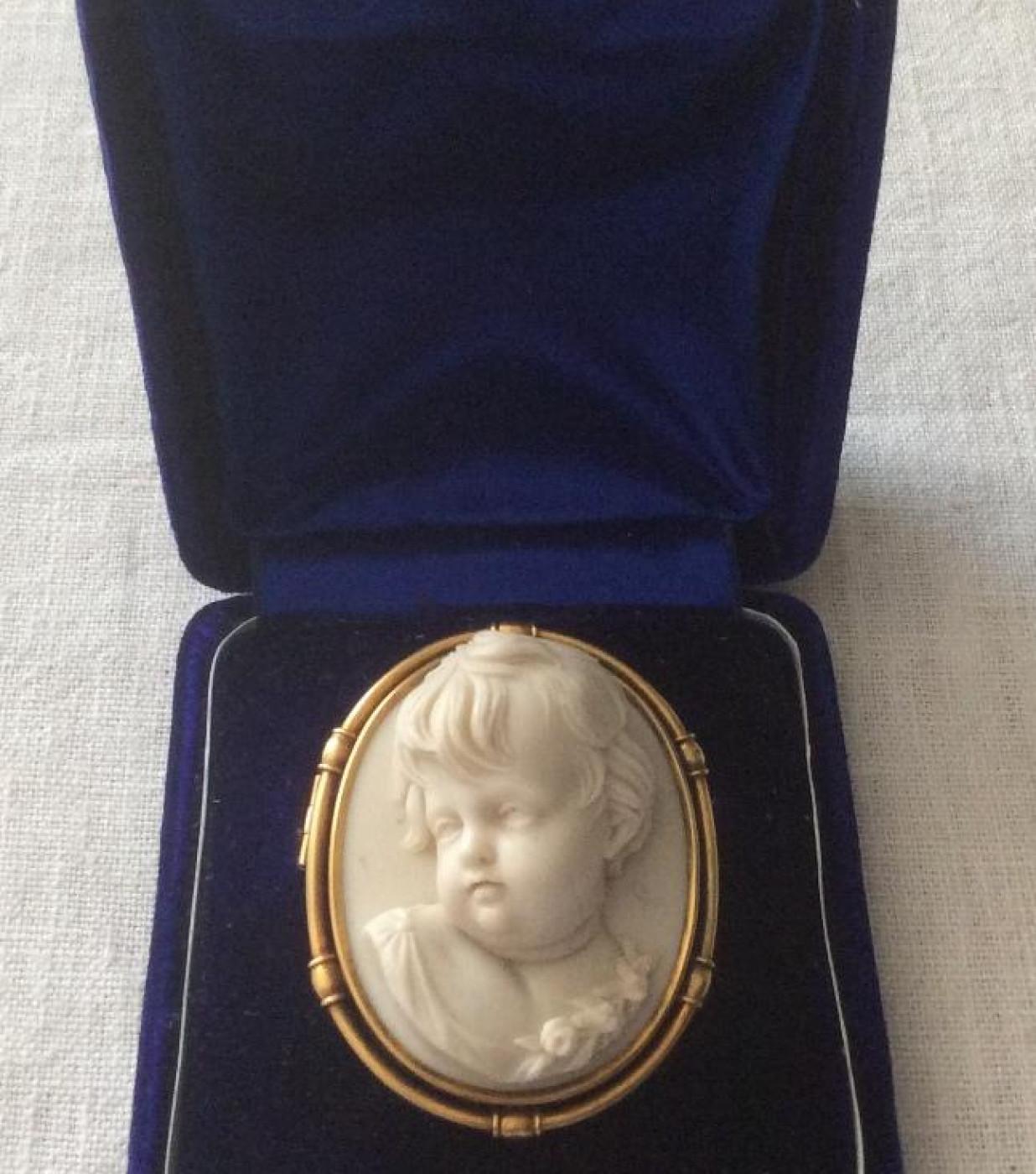 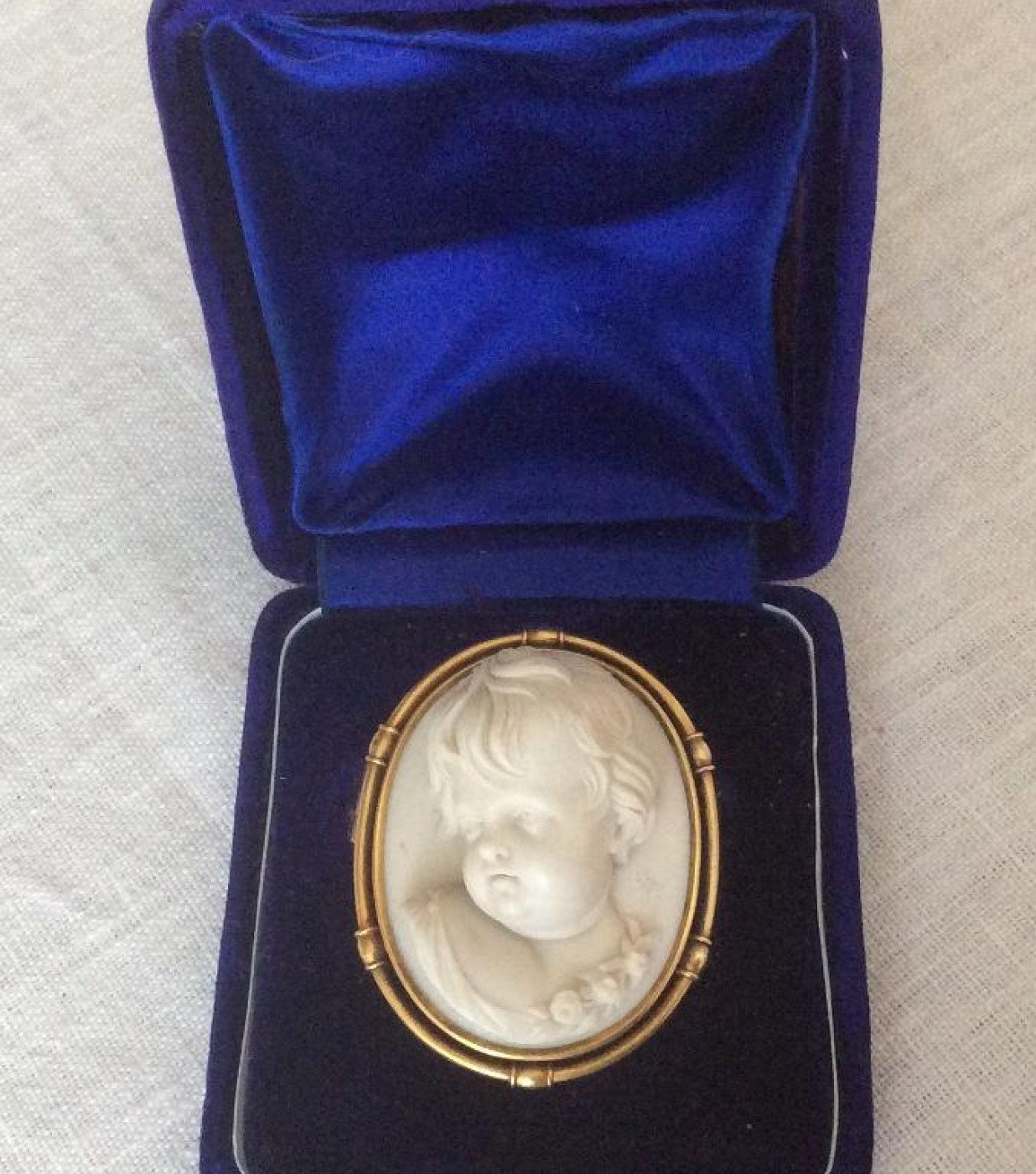 Museum Quality cameo depicting a wonderful cherub's head. Have you ever seen a sweetest face? So round and soft that the only thing you would do is kissing it a lot! Cherubs and angels were very popular in the Victorian Era, they were worn as jewels and often ivory cherubs were given as a gift for a new birth. Usually they were put in the room of new baby as a protection, just like a guardian angel. I'm almost sure that this cherub is from one of the many cherubs sculptures that are in Rome's churches but because they are thousands it is almost impossible to find the one where this cameo is from. Look at how the carver used the stone to evidence his wonderful face, everything is so realistic. Looking at him from different angles and depending on how the light falls on it, you can see that his expression changes, he can appear as now smiling and now as he's a bit sad. He's wearing a garland of flowers around his shoulders. Look at the plump crease of his neck, it is just real. His wonderful little nose is a work of art as his little wonderful designed mouth. His cheeks are just to kiss. This cherub speaks of love and just you see him you'll love him as it was one of your beloved kids.This is a piece who really can be displayed in a museum. The sweetness of his face is amazing.  This is one of most beautiful piece I have ever seen, the pictures speak by themselves.  This is another masterly carved cameo. A very desirable collectors piece, rare and museum quality cameo.