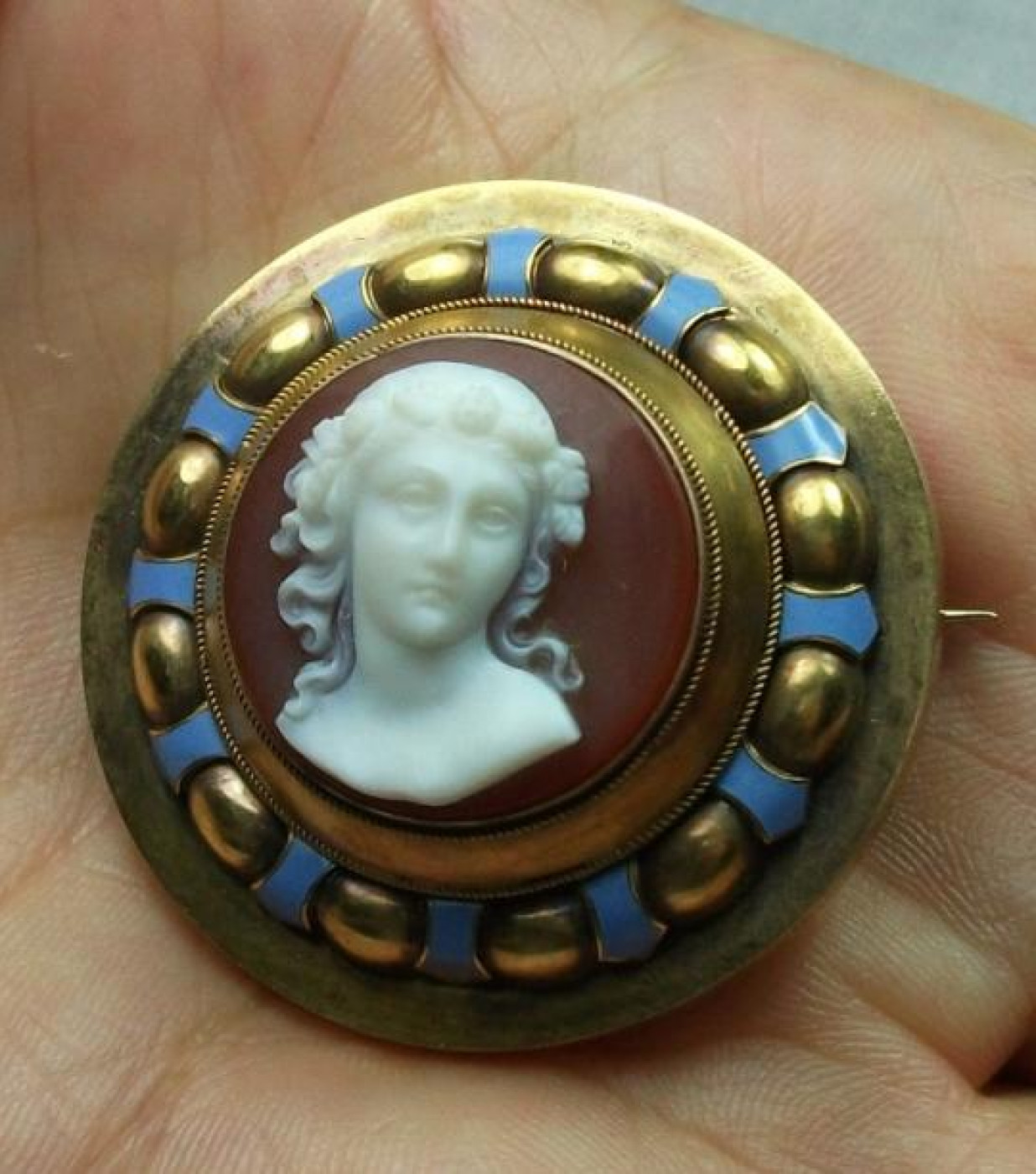 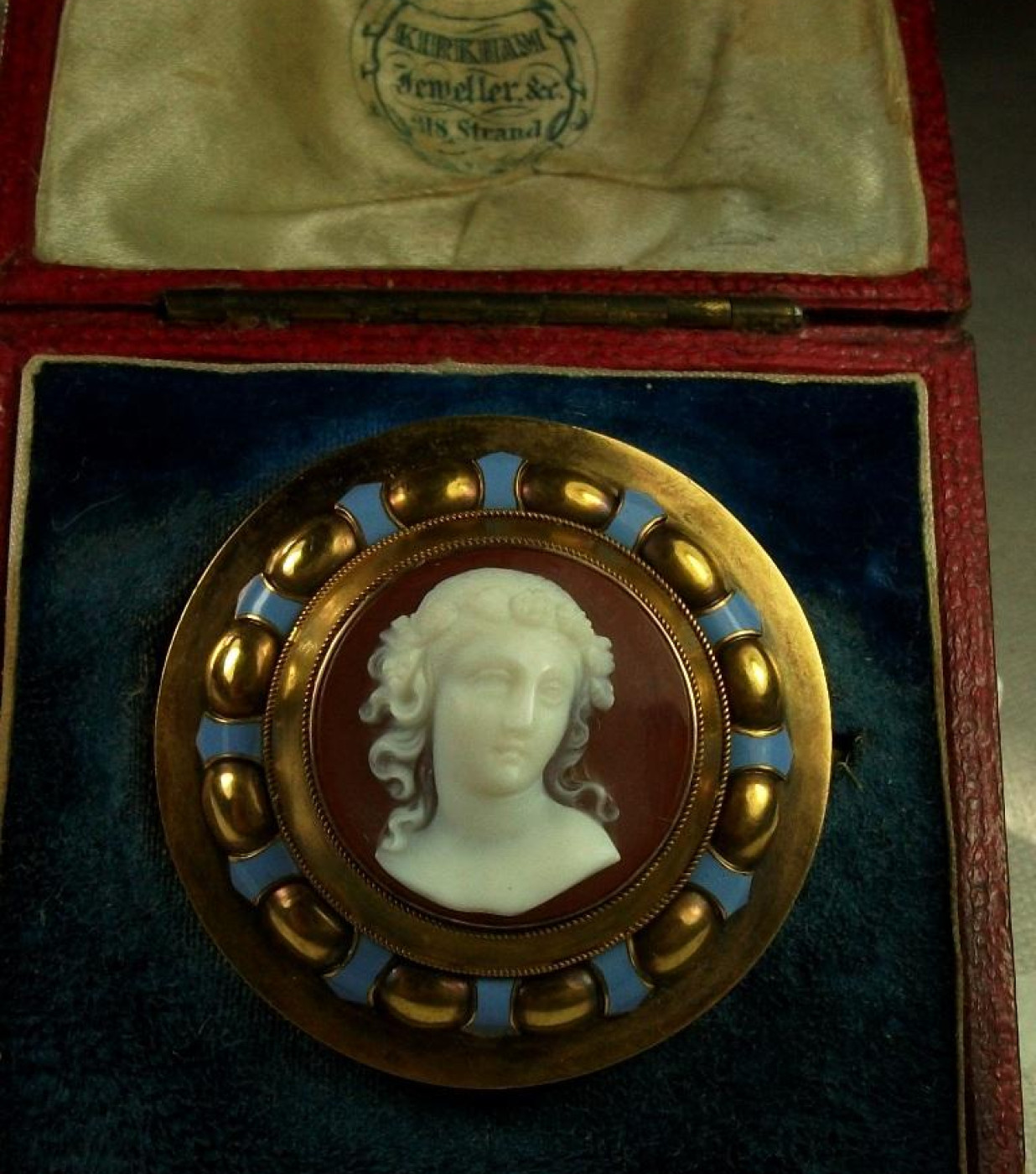 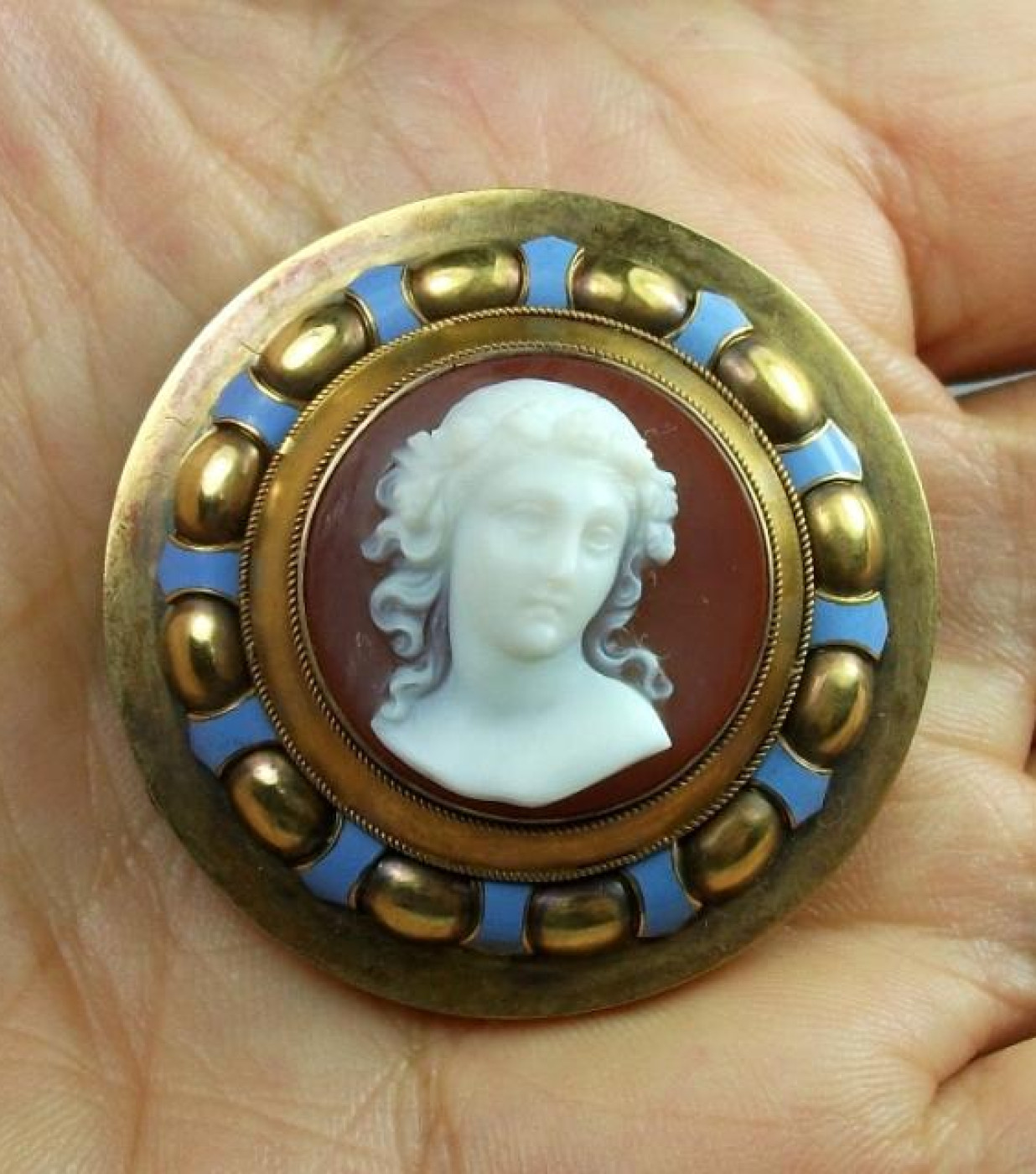 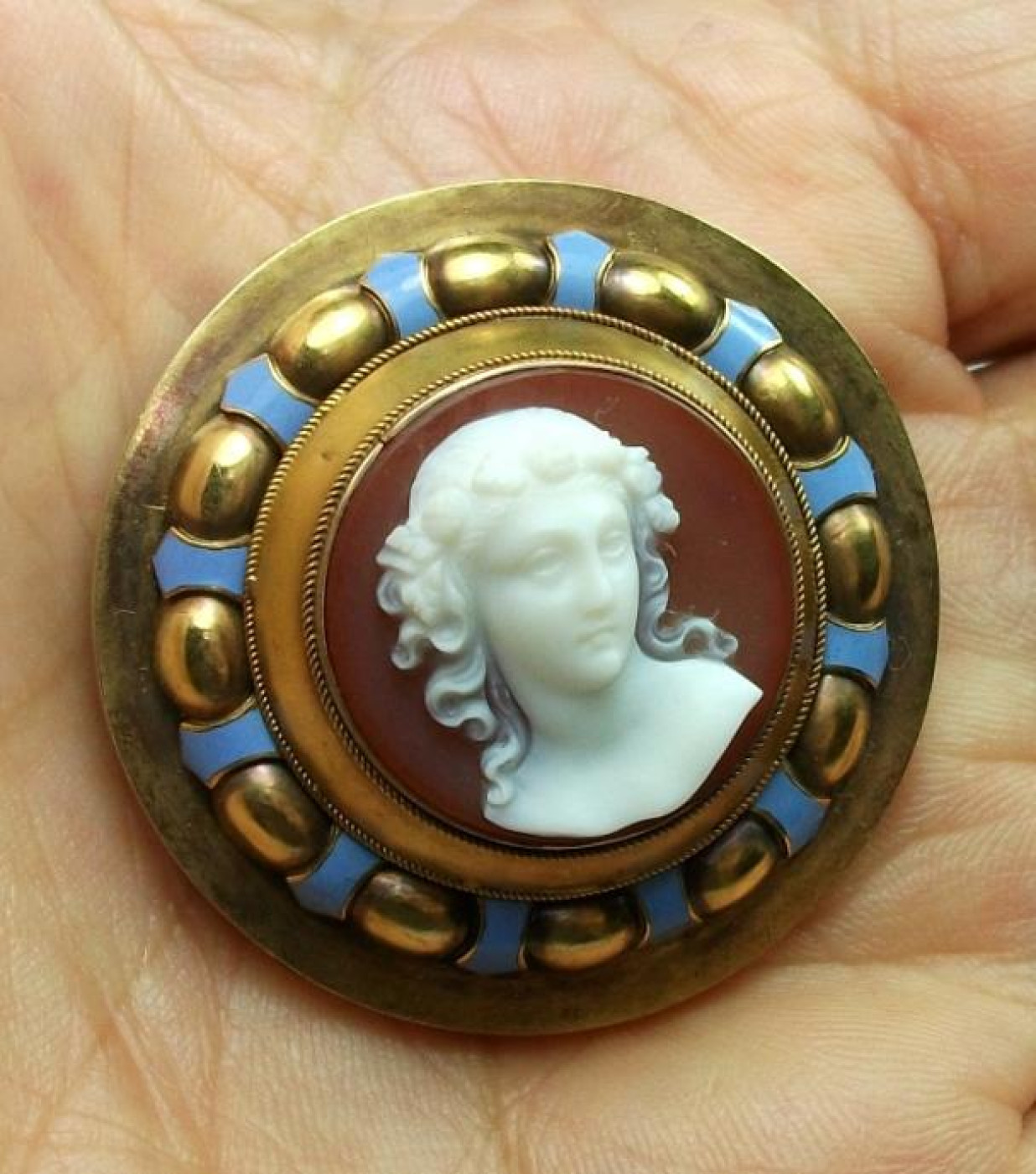 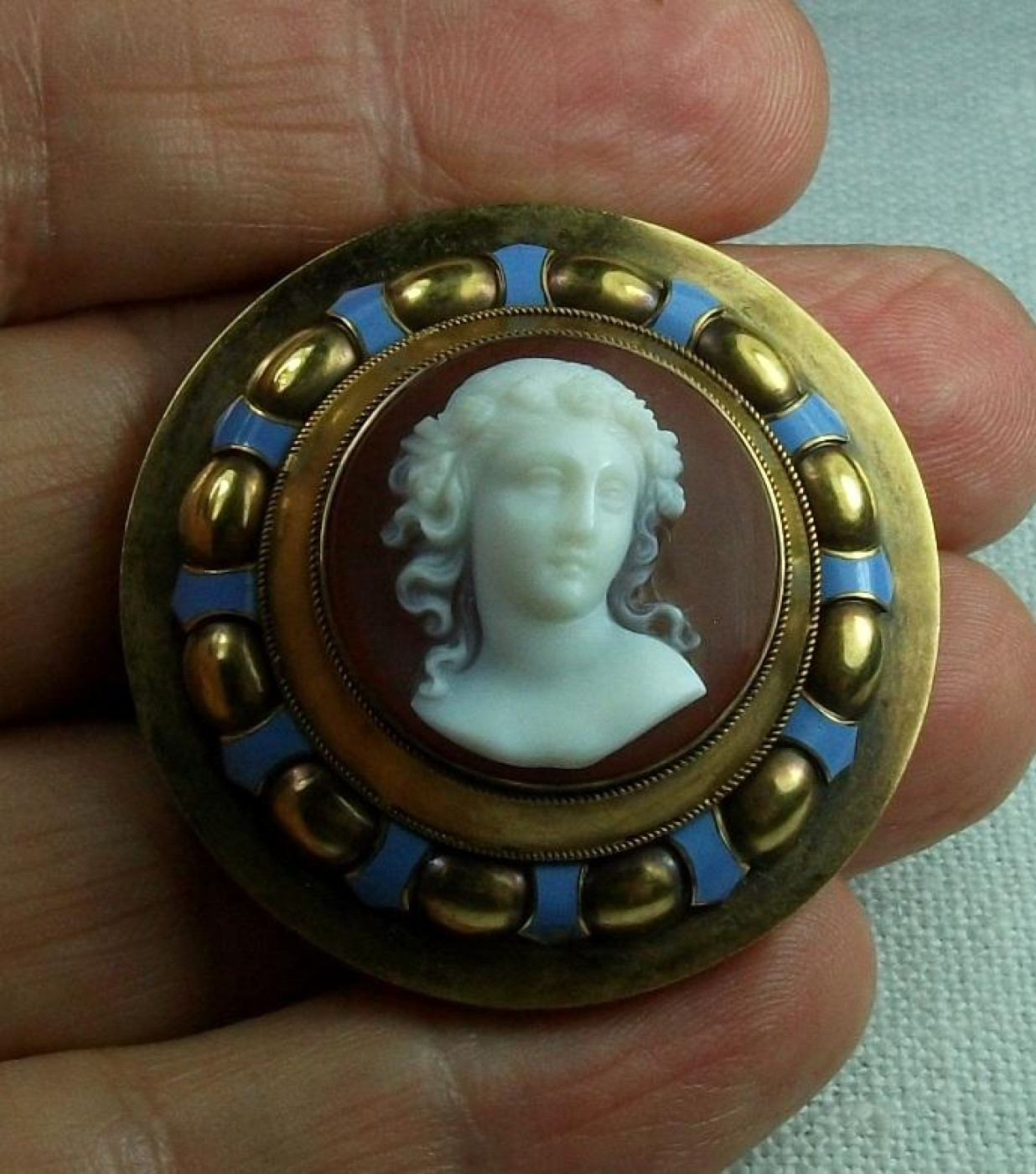 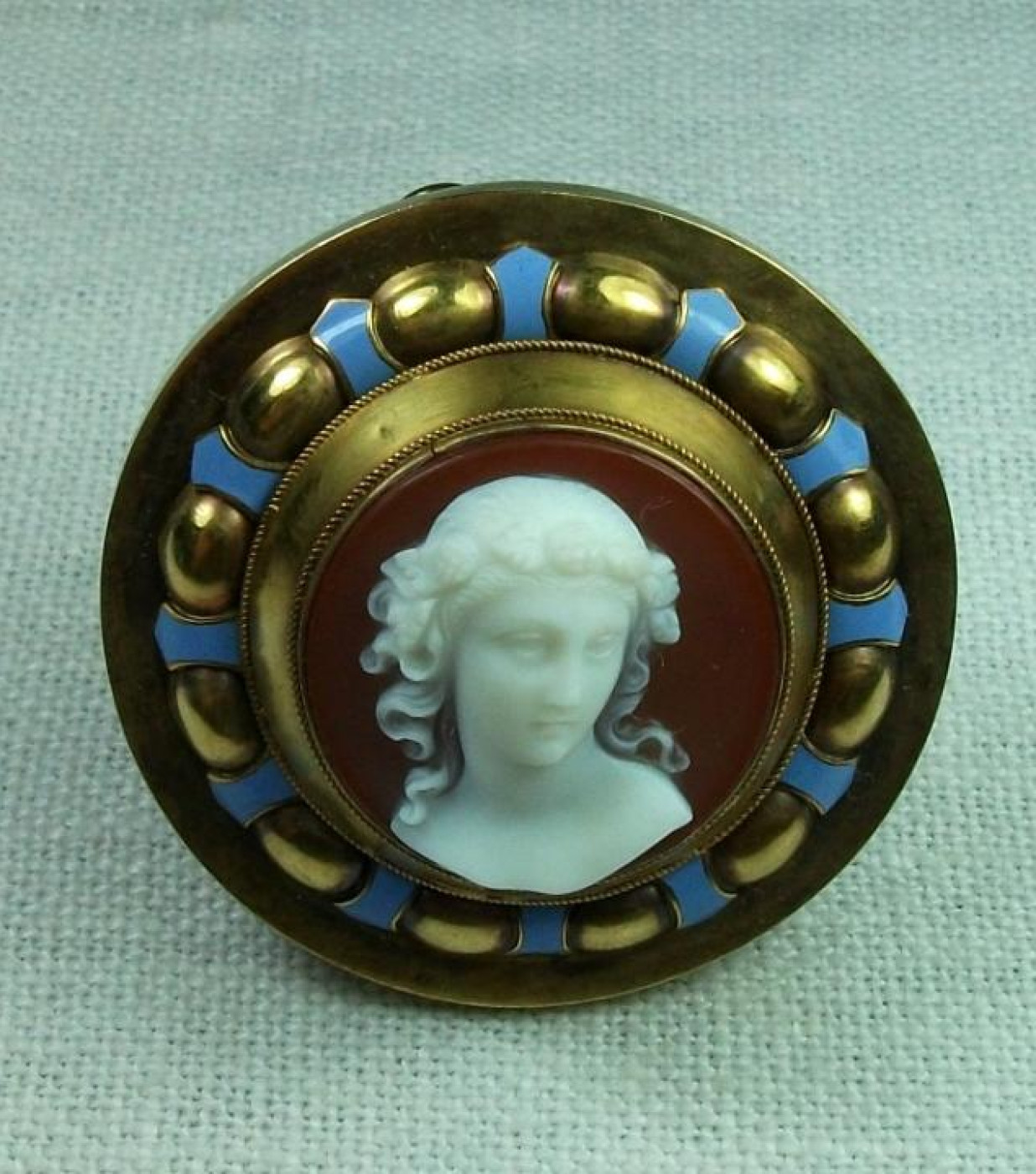 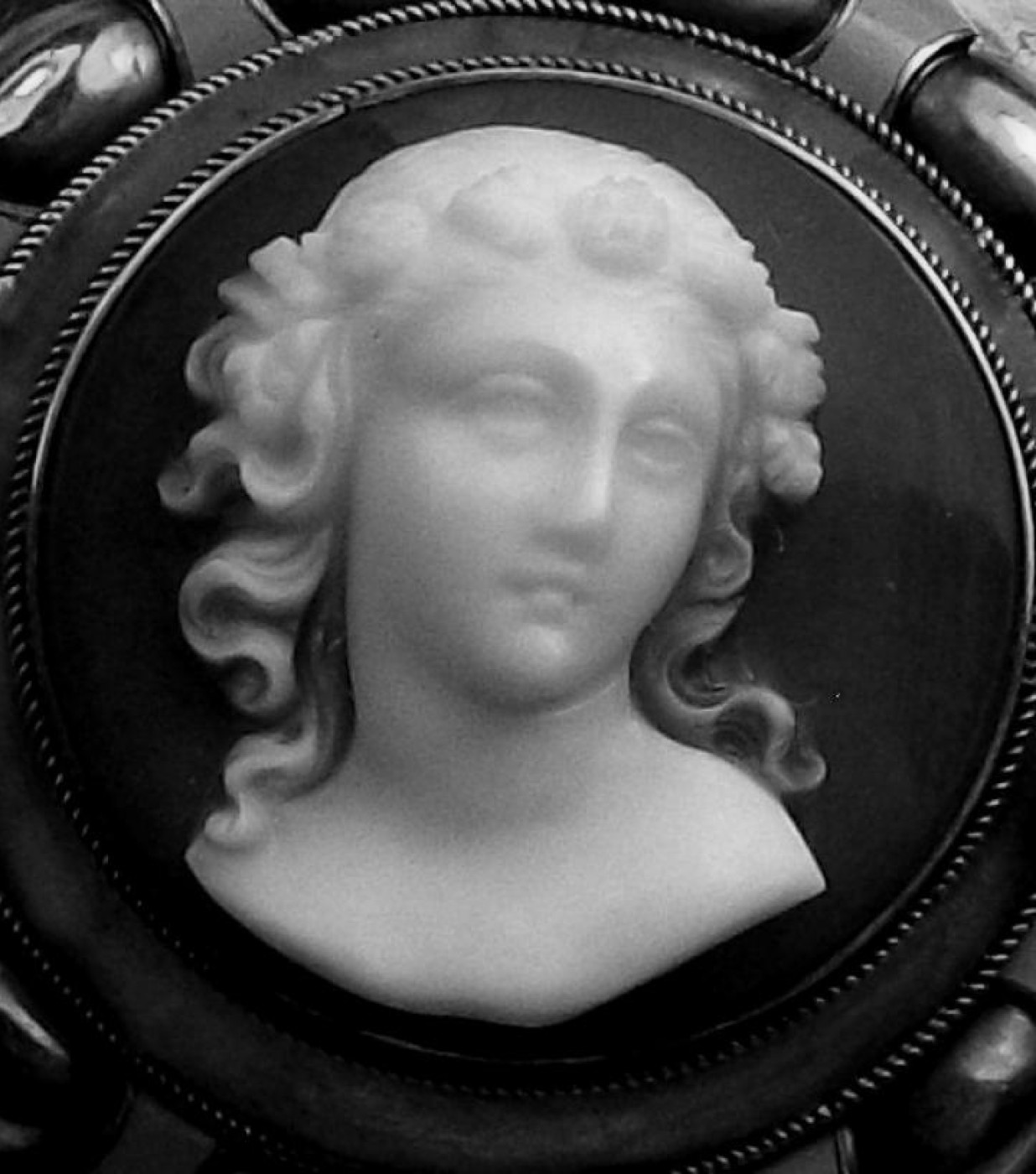 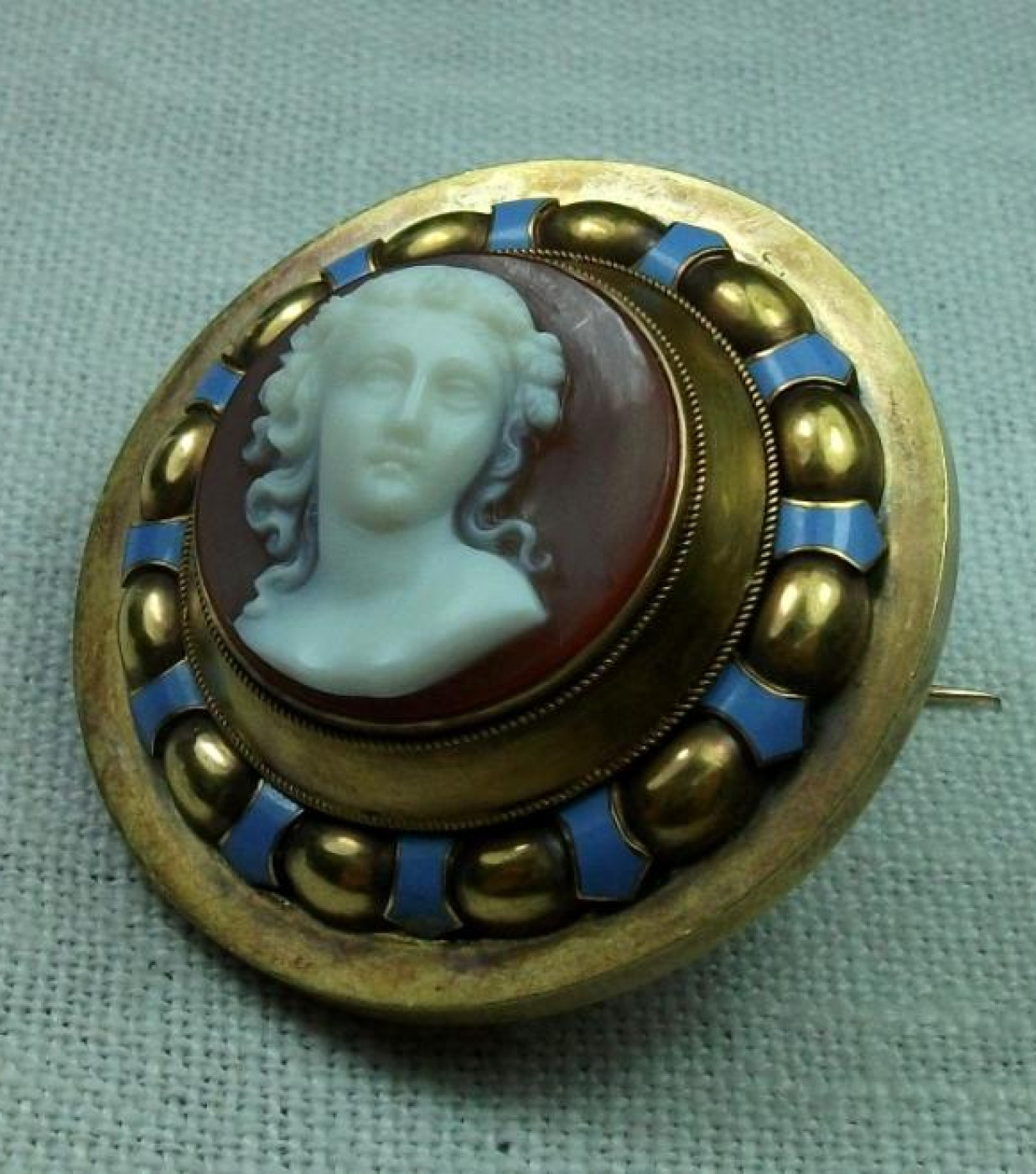 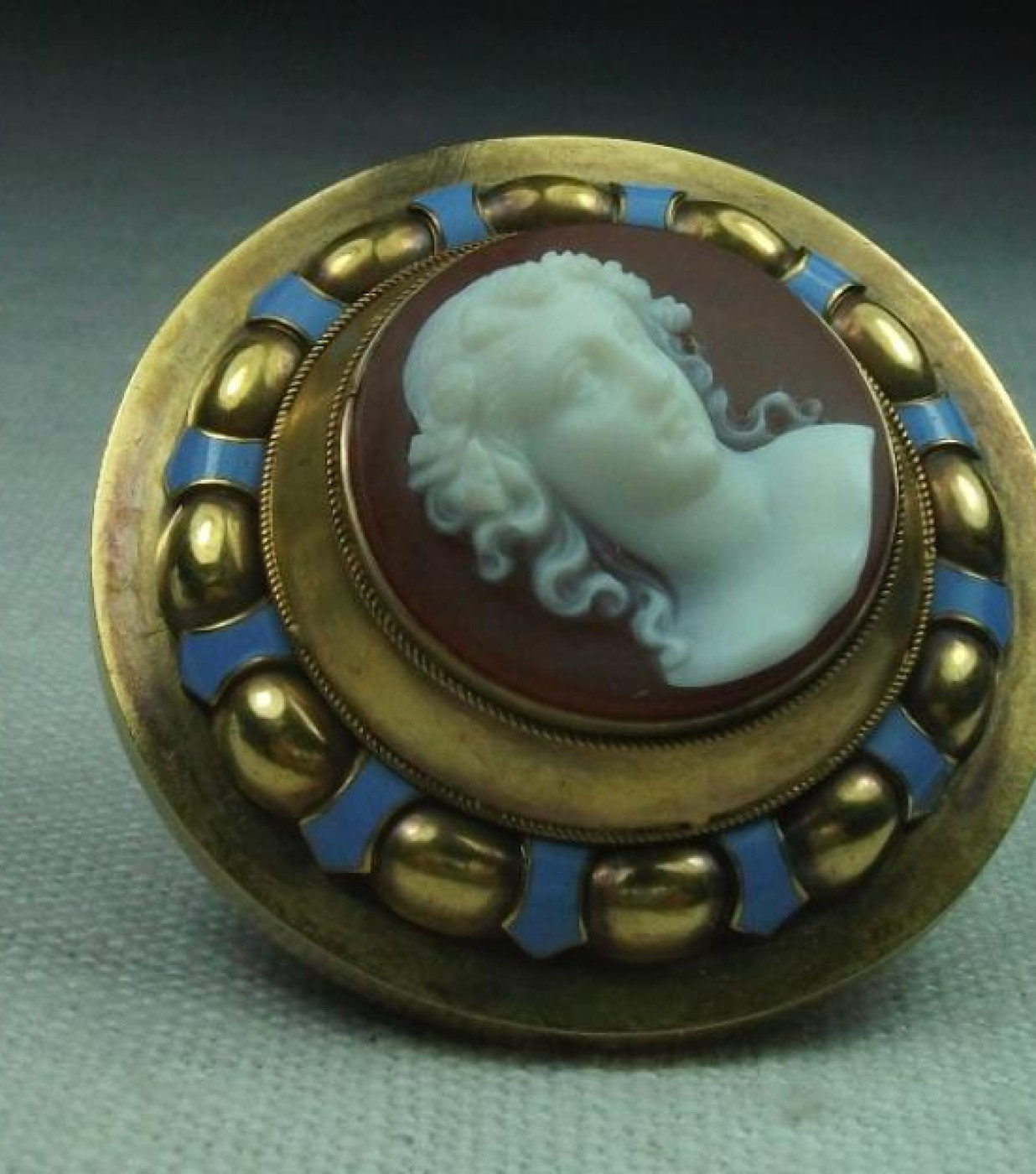 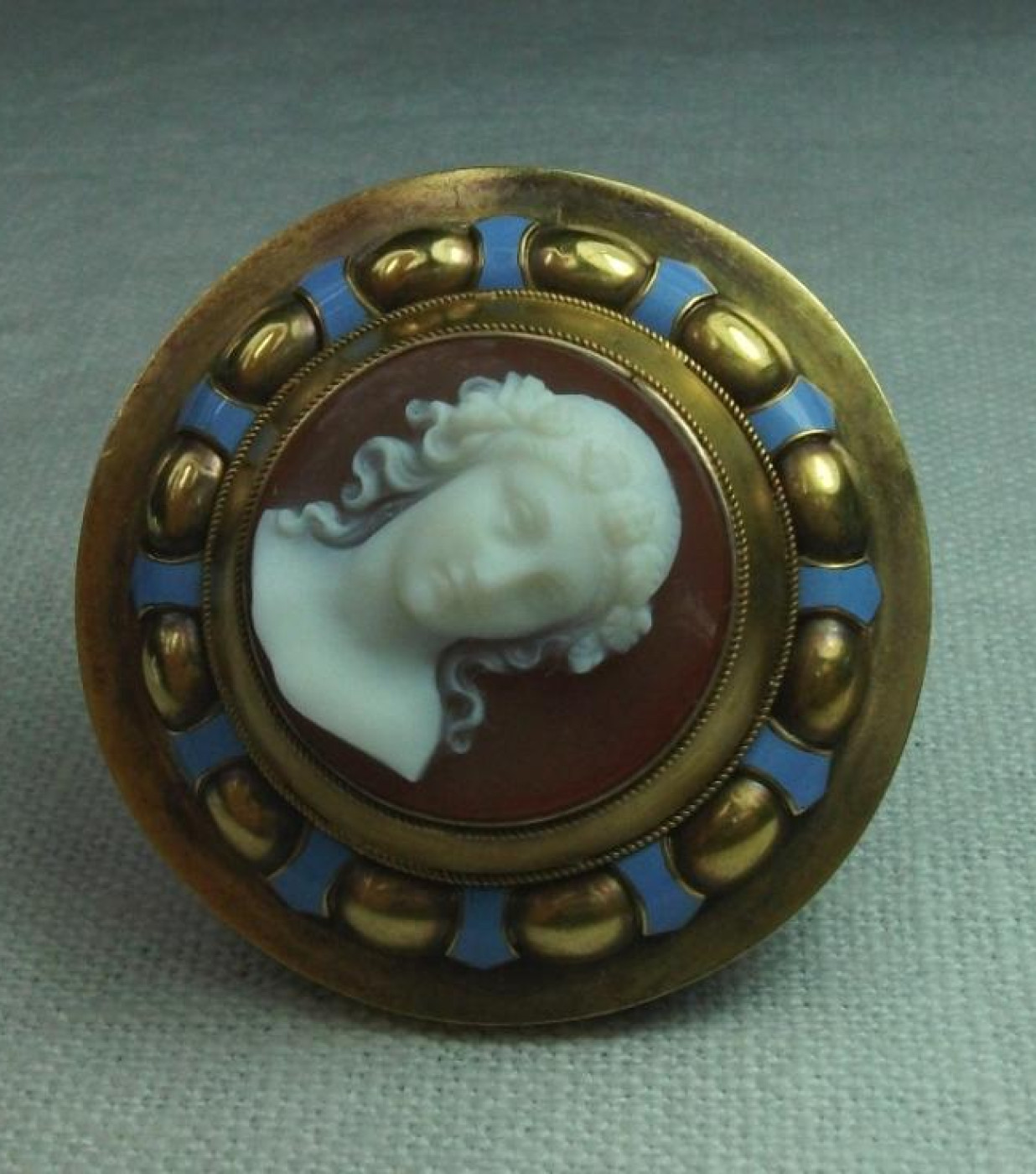 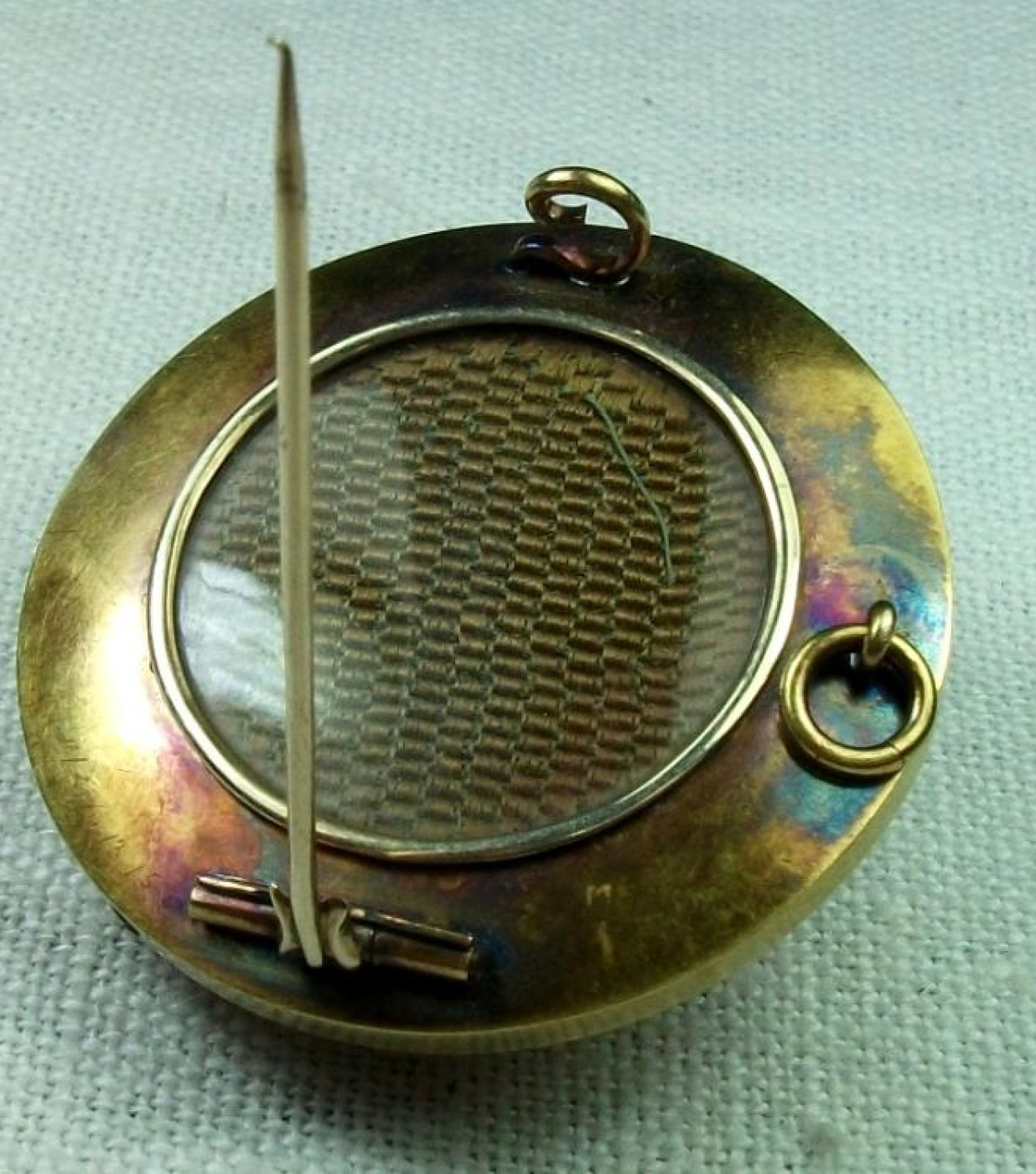 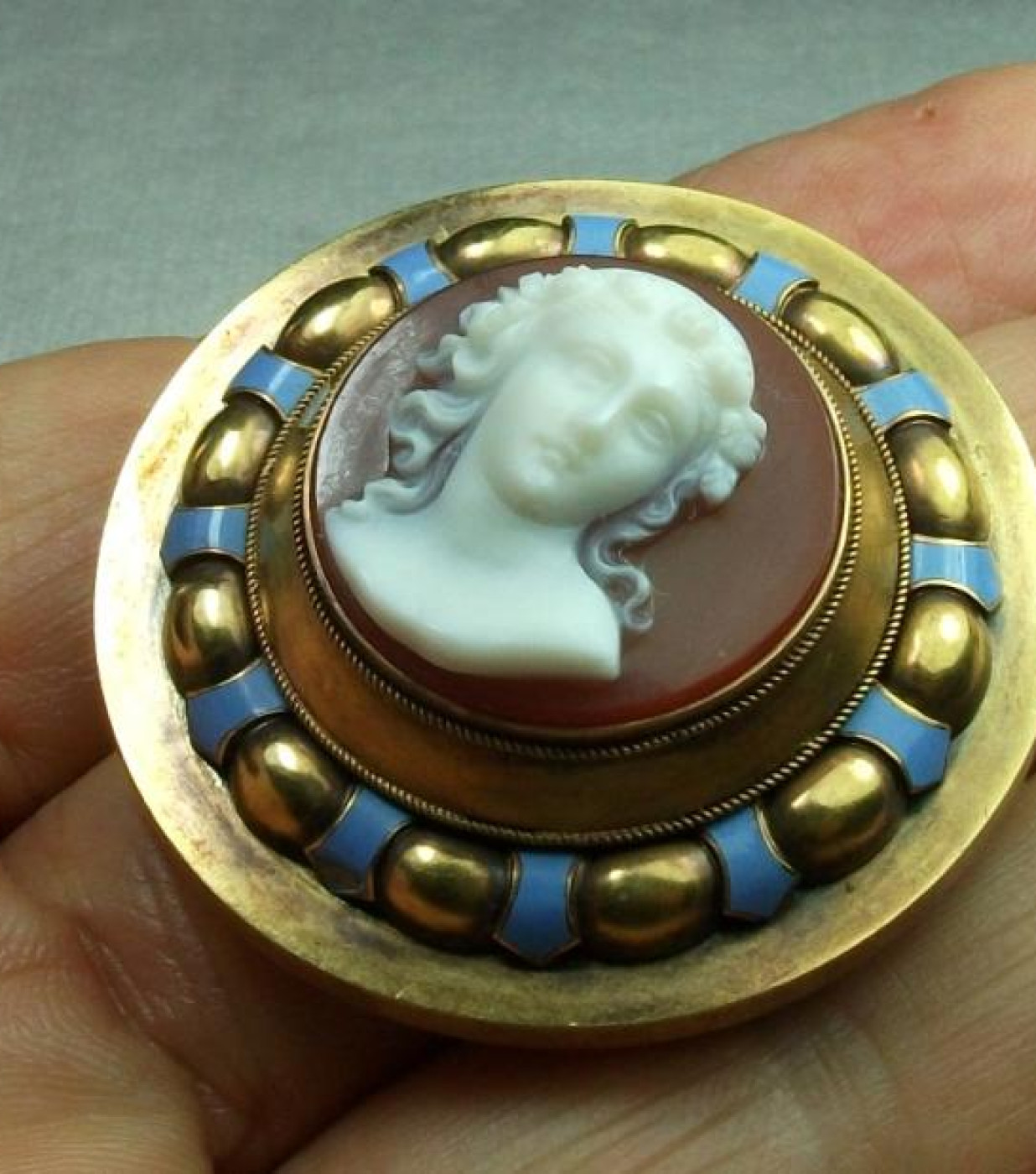 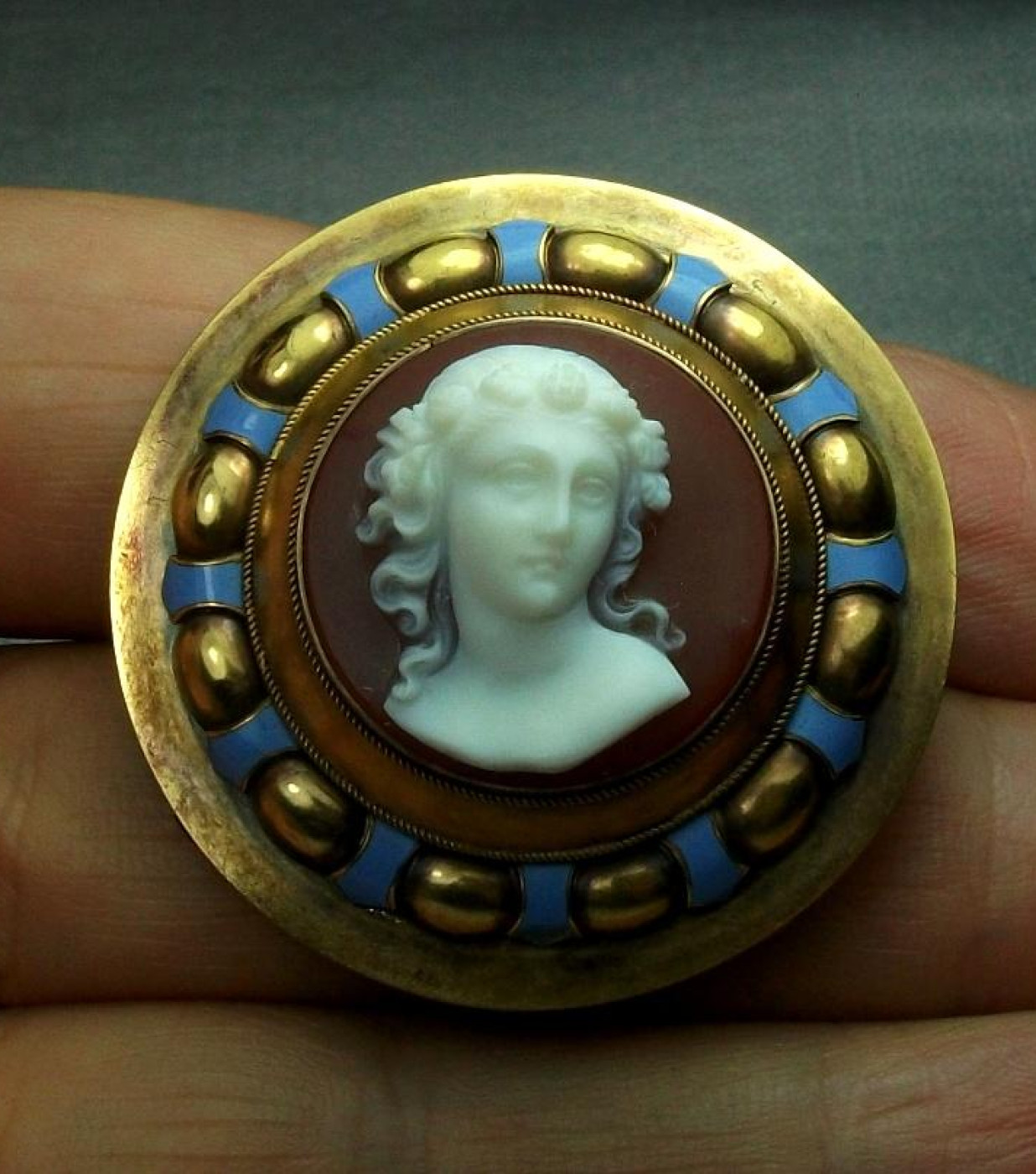 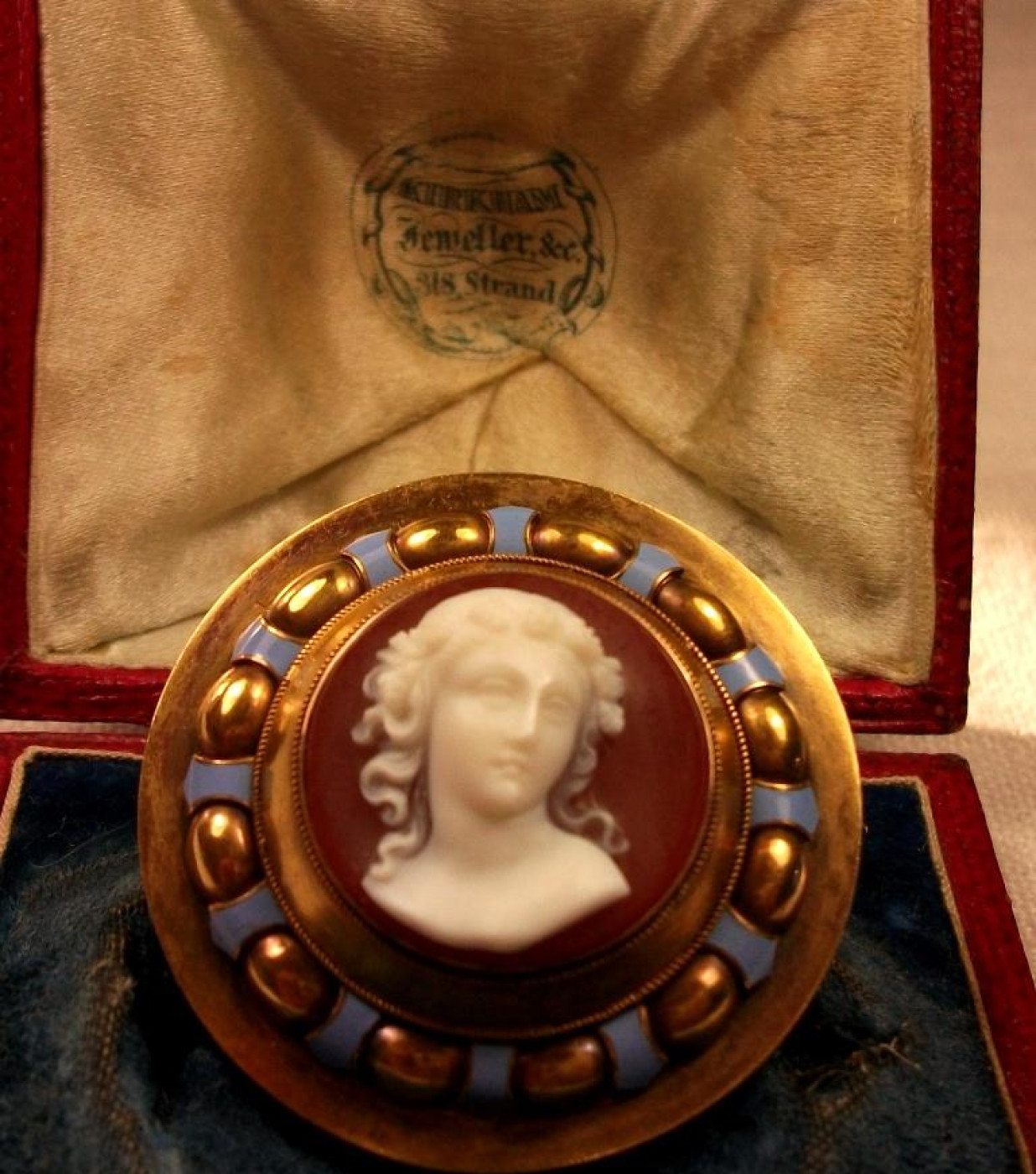 Museum quality hard stone cameo depicting Goddess Flora, she's wonderfully carved and all the details in this cameo are stunning. A crown of flowers and leaves on her hair which also softly lays curly on her shoulders. Even if this is a small cameo all the details are masterly made, surely a work from a great master carver. The pictures really don't give any justice to this wonderful piece. Her face is pretty, she's smiling just a little but she has mostly a pensive expression which seems just real, she's alive. She has a pretty, minuscule mouth and big eyes who recall me the style of the women of the early 20th century. This is a cameo with its own soul because the carver was able to give to her face a true live expression. The skill of a carver is, other than the care of the carving, giving life to the carved subject. The master carver of this piece was able to do it. I'm really amazed looking at this work of art. Isn't she lovely? To me it is simply fantastic and any cameo collector, I'm sure, will be agree with me.  This is another spectacular work of art that I have had the fortune to find.  The frame is lovely, massive gold and blue enamel. This is a unique artwork.  A very desirable collectors piece.


In Roman mythology, Flora was the goddess of flowers and the season of spring. She was a relatively minor figure in Roman mythology, as there were several more important fertility goddesses, but her association with the spring gave her particular importance at the coming of springtime. Her festival, the Floralia, was held in April or early May and symbolized the renewal of the cycle of life, marked with dancing, drinking, and flowers. Her Greek equivalent was Chloris. Flora was married to Favonius, the wind god.