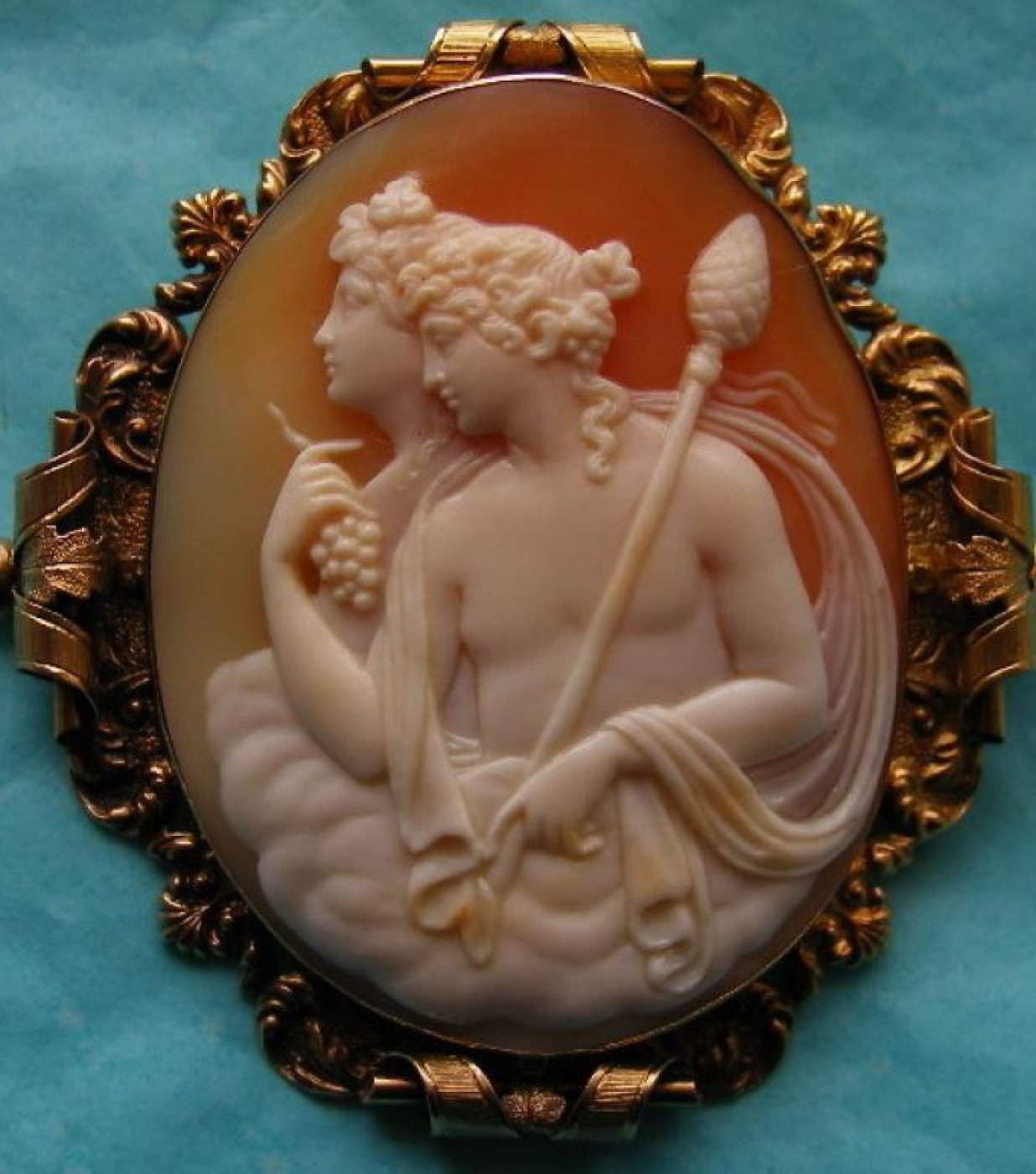 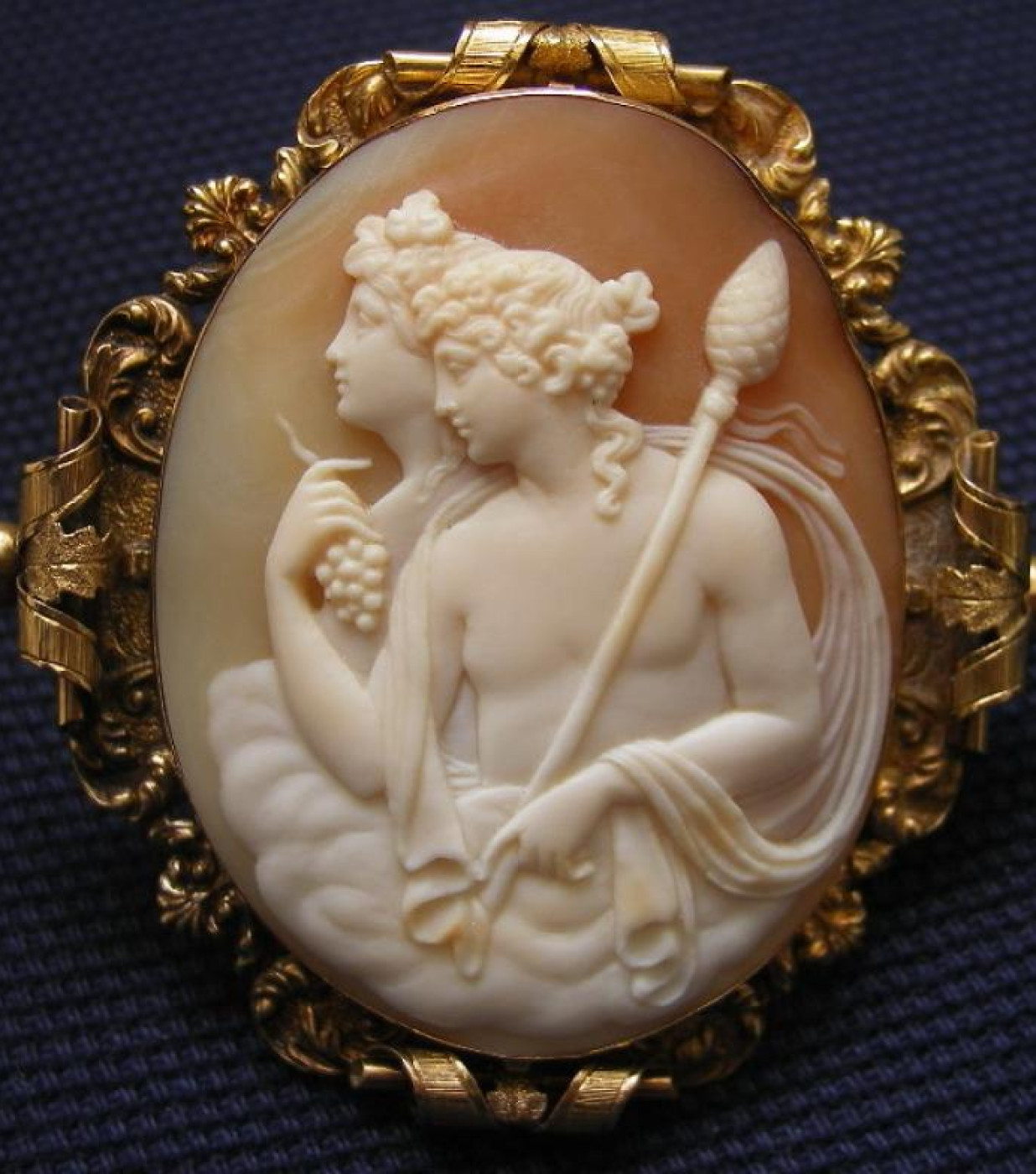 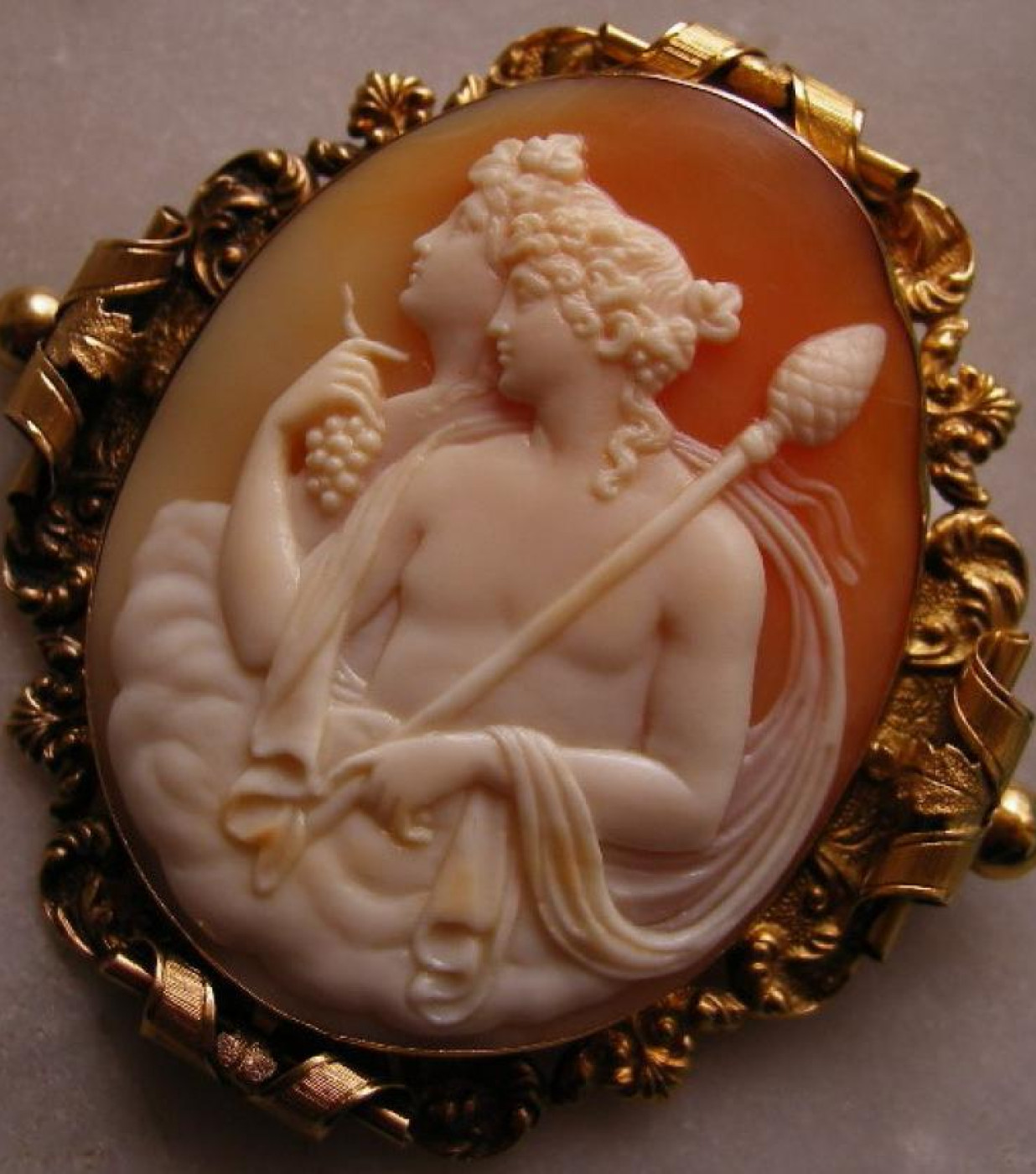 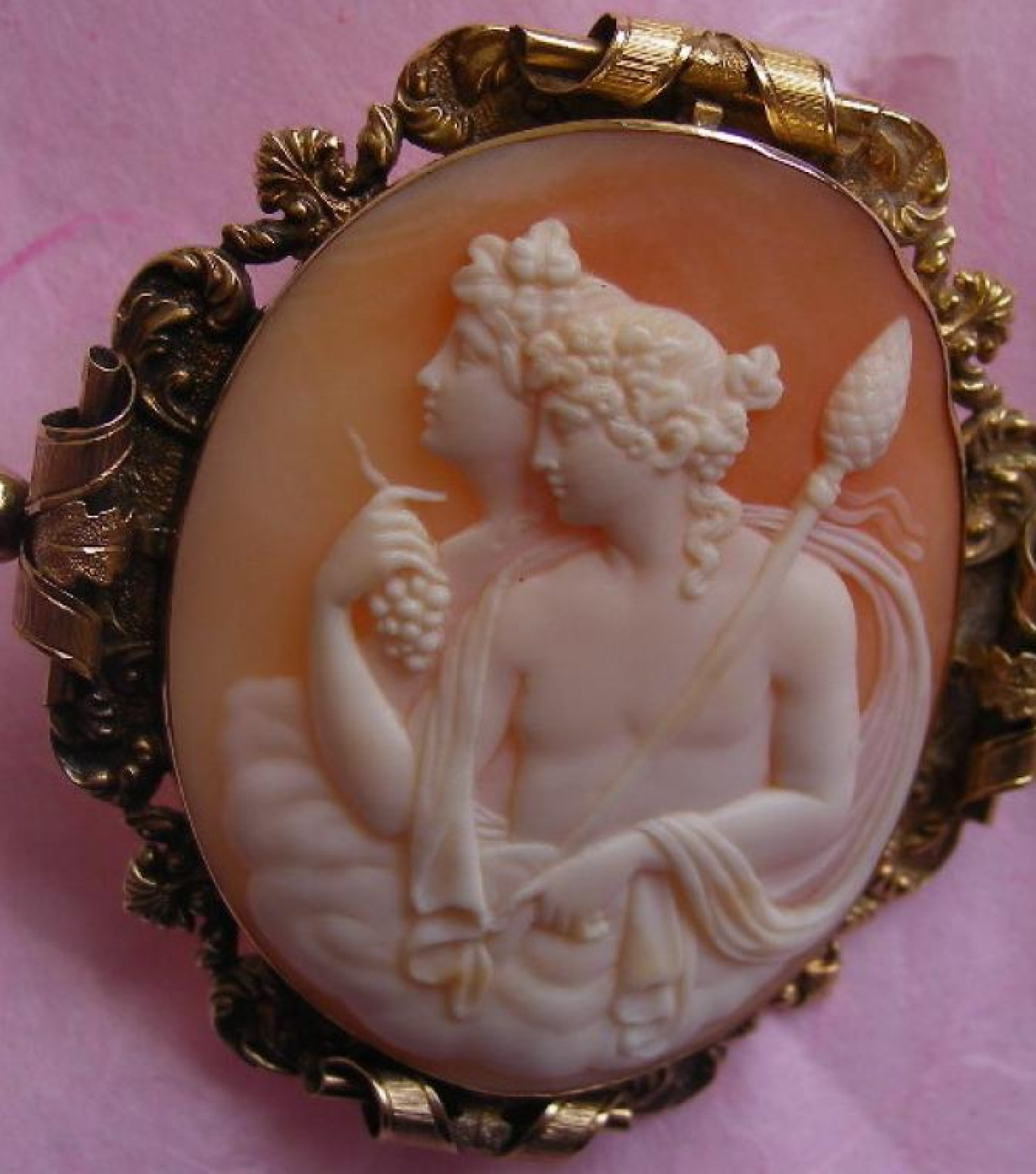 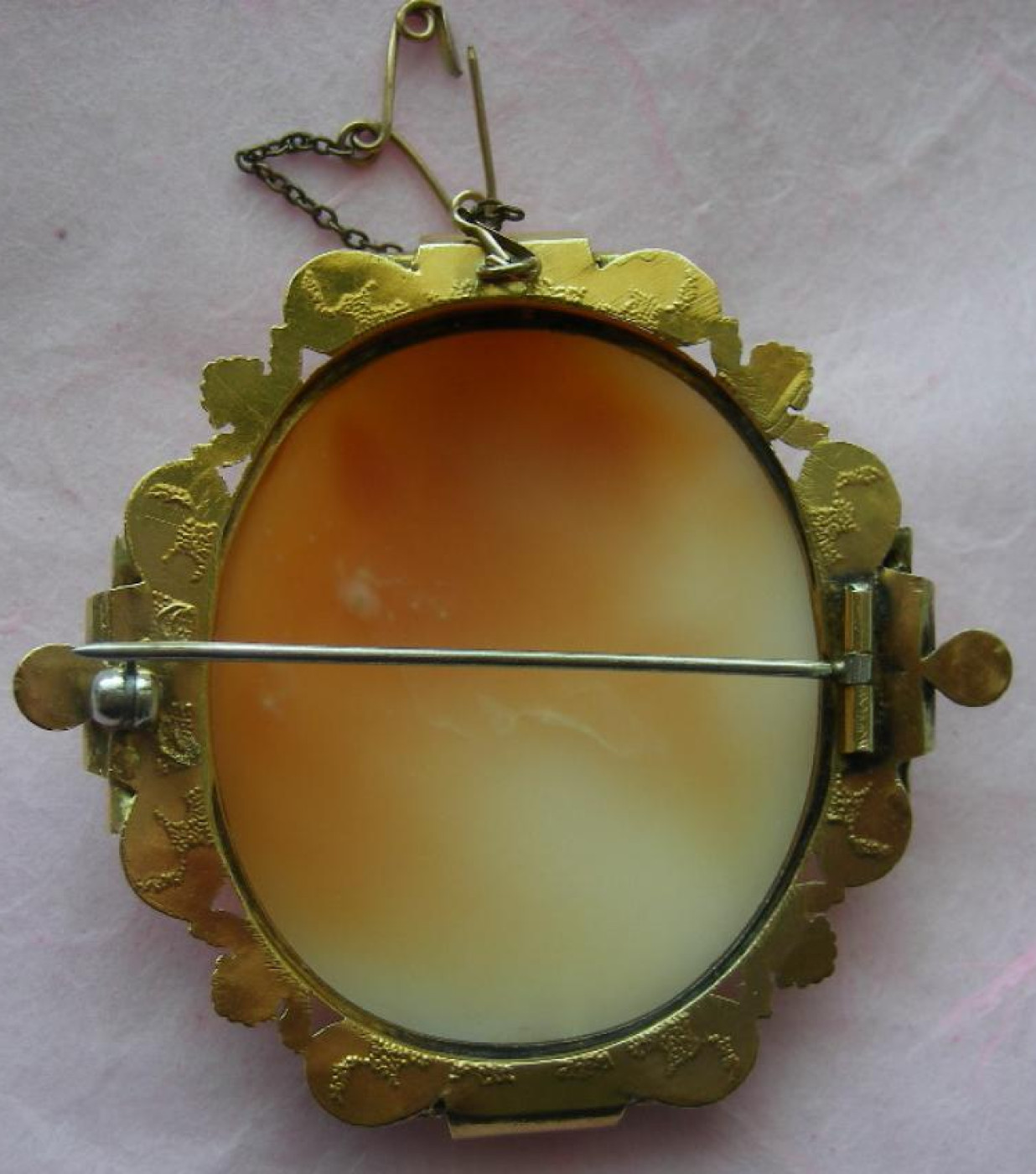 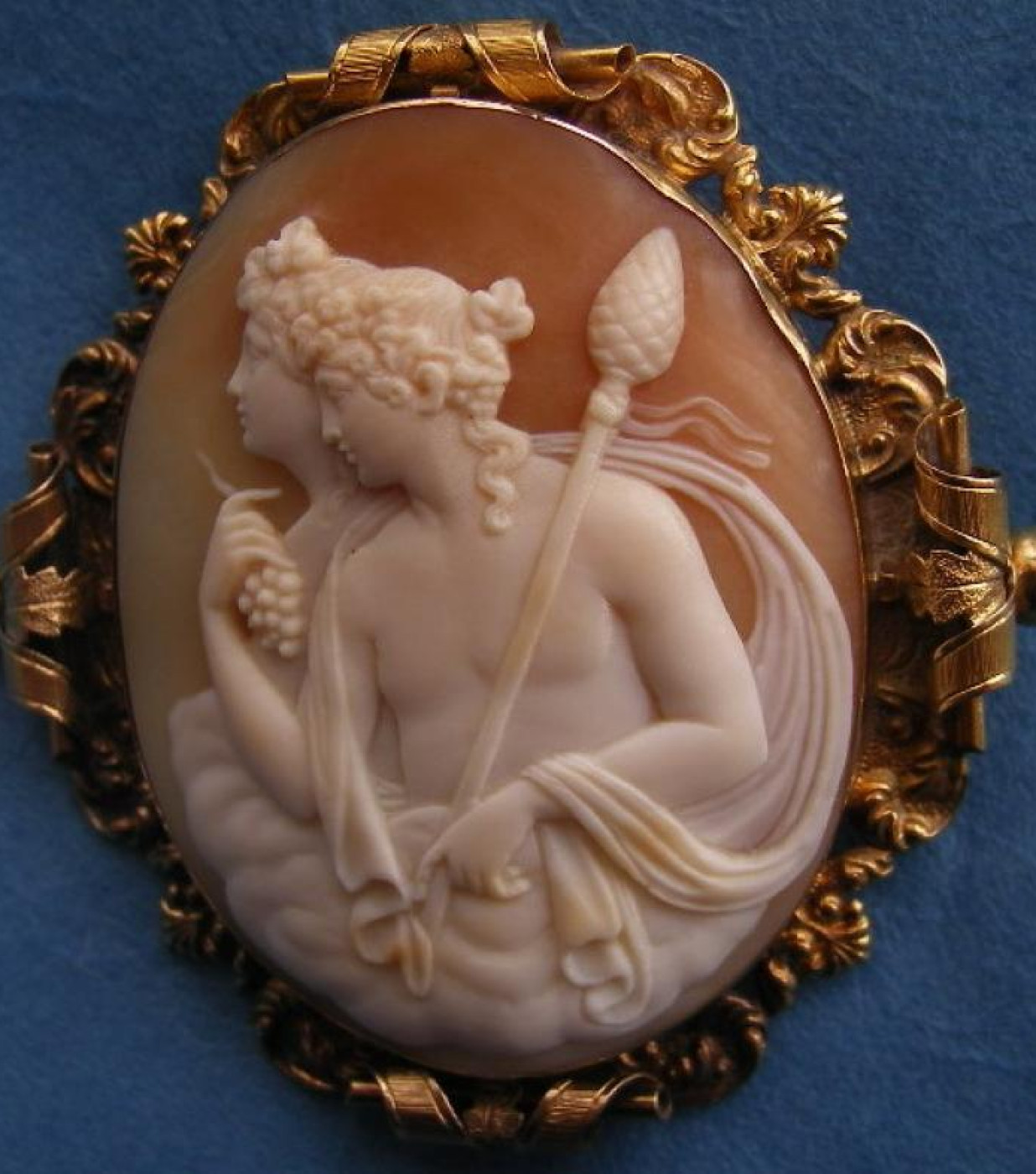 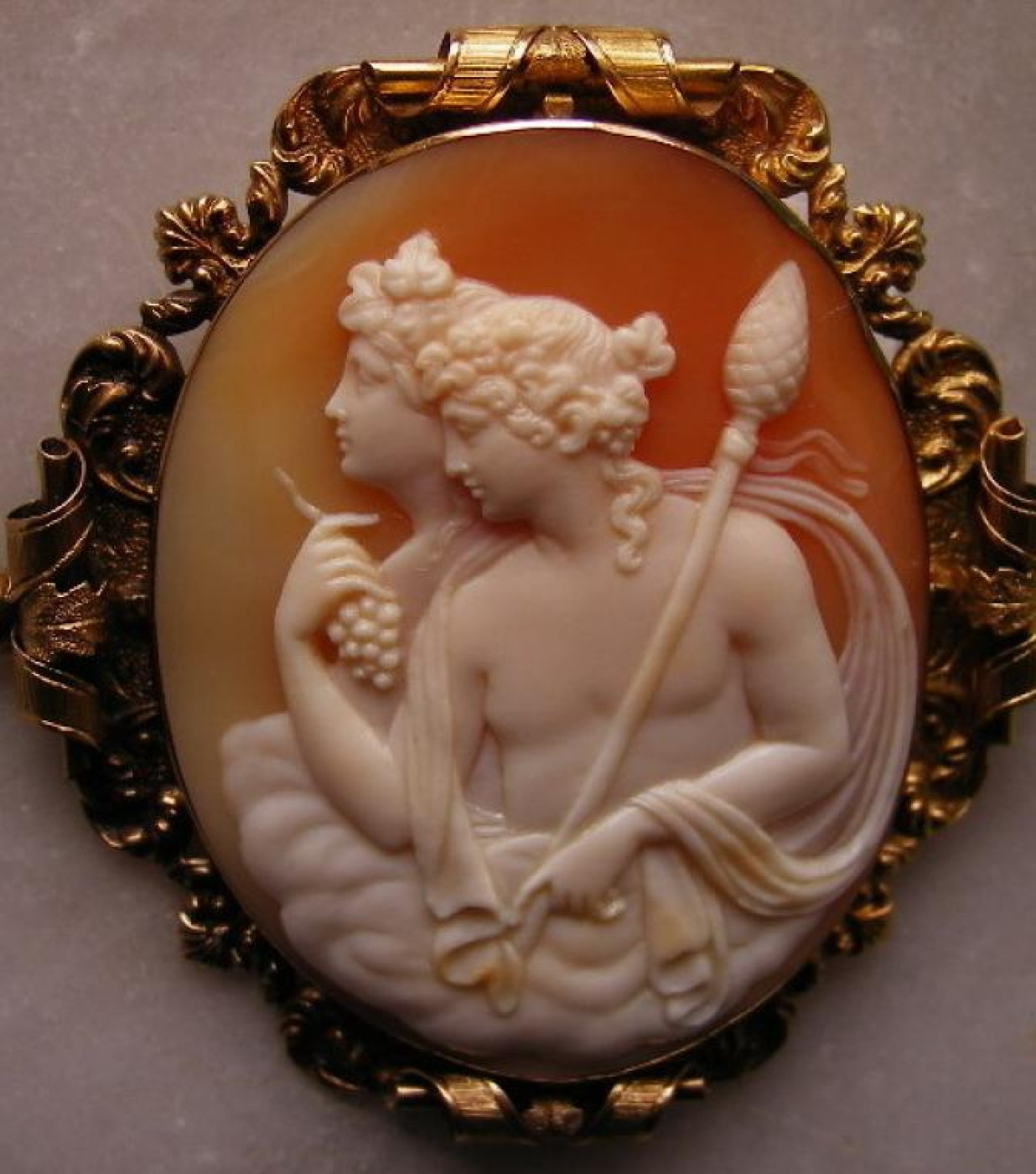 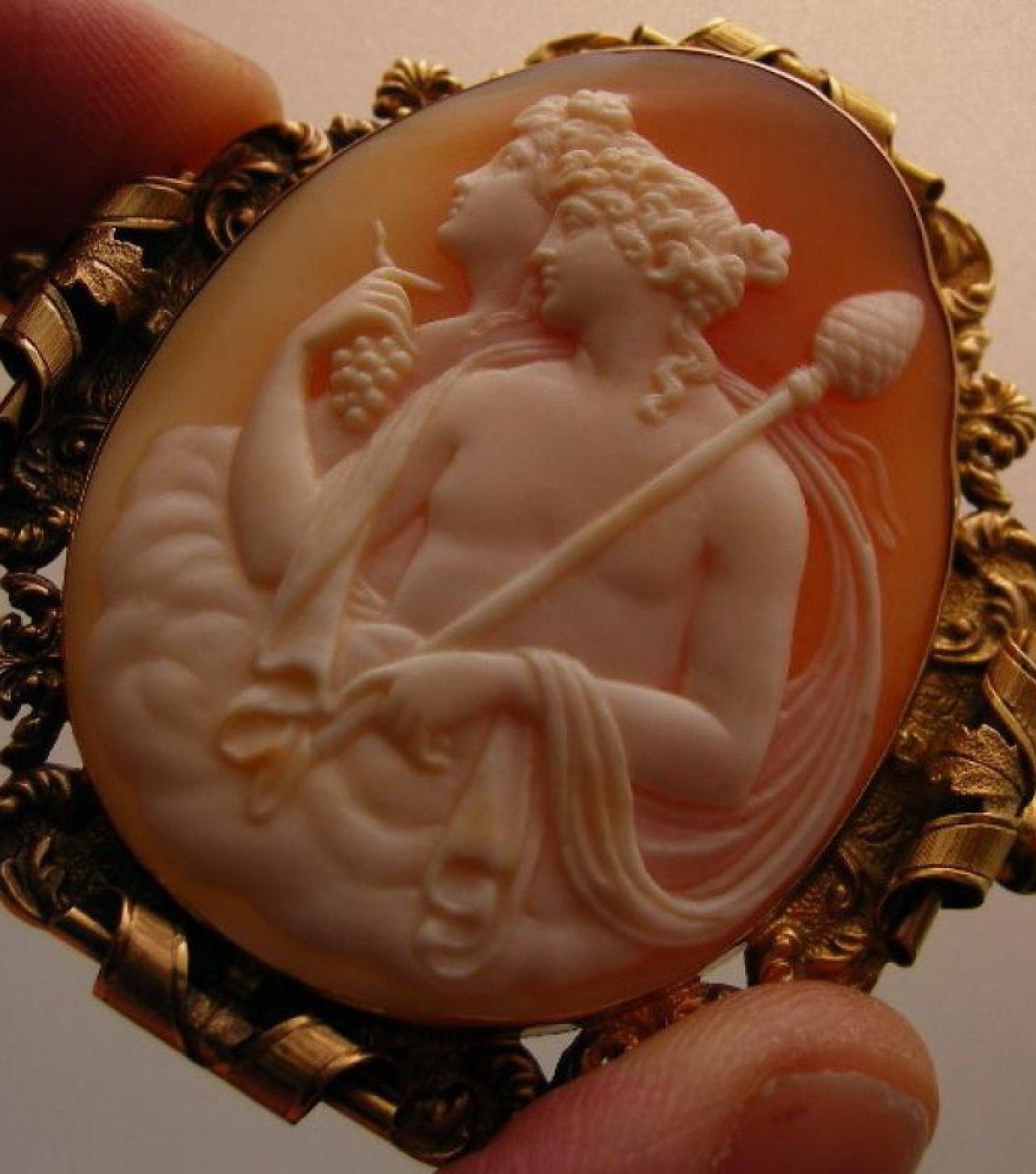 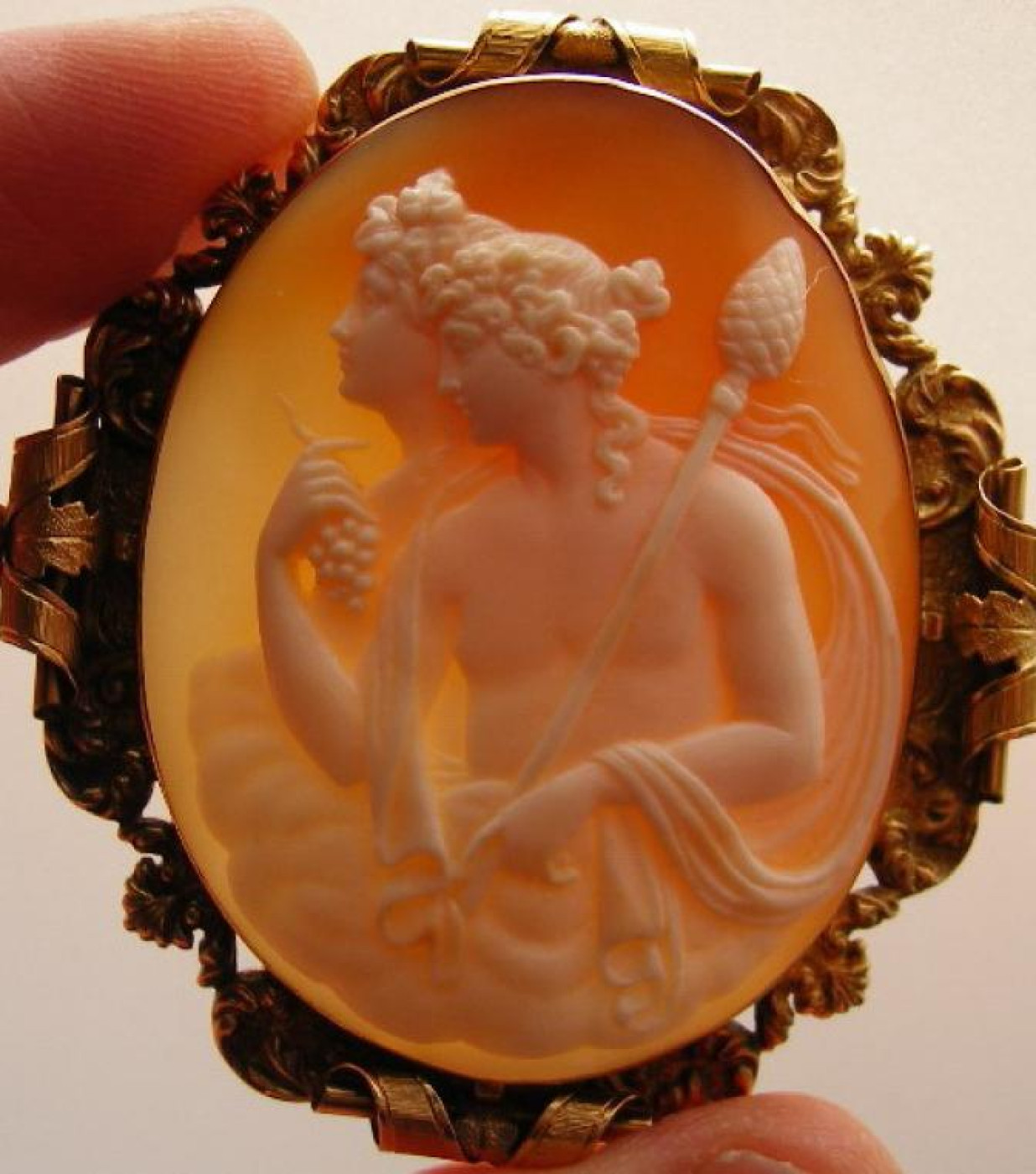 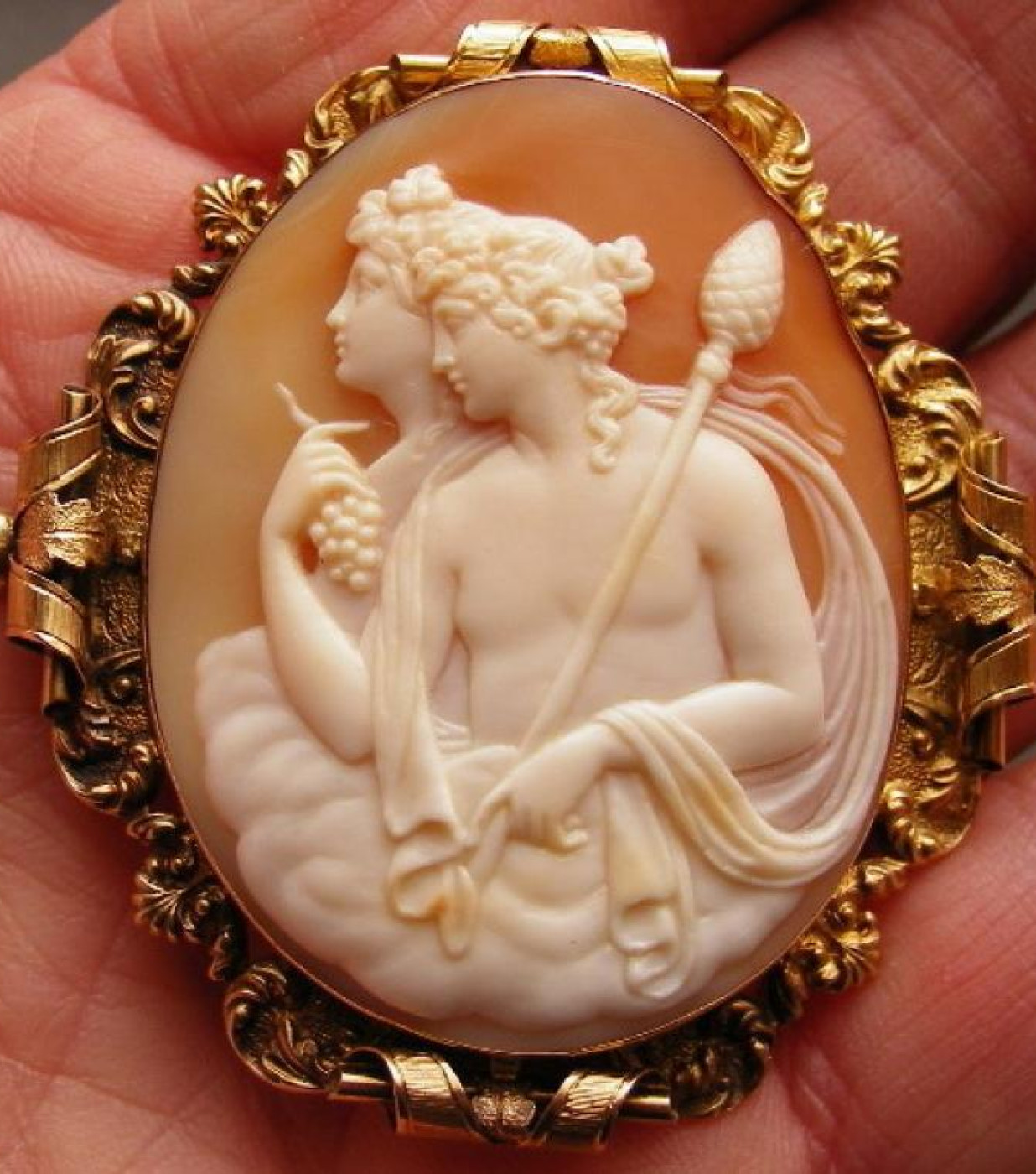 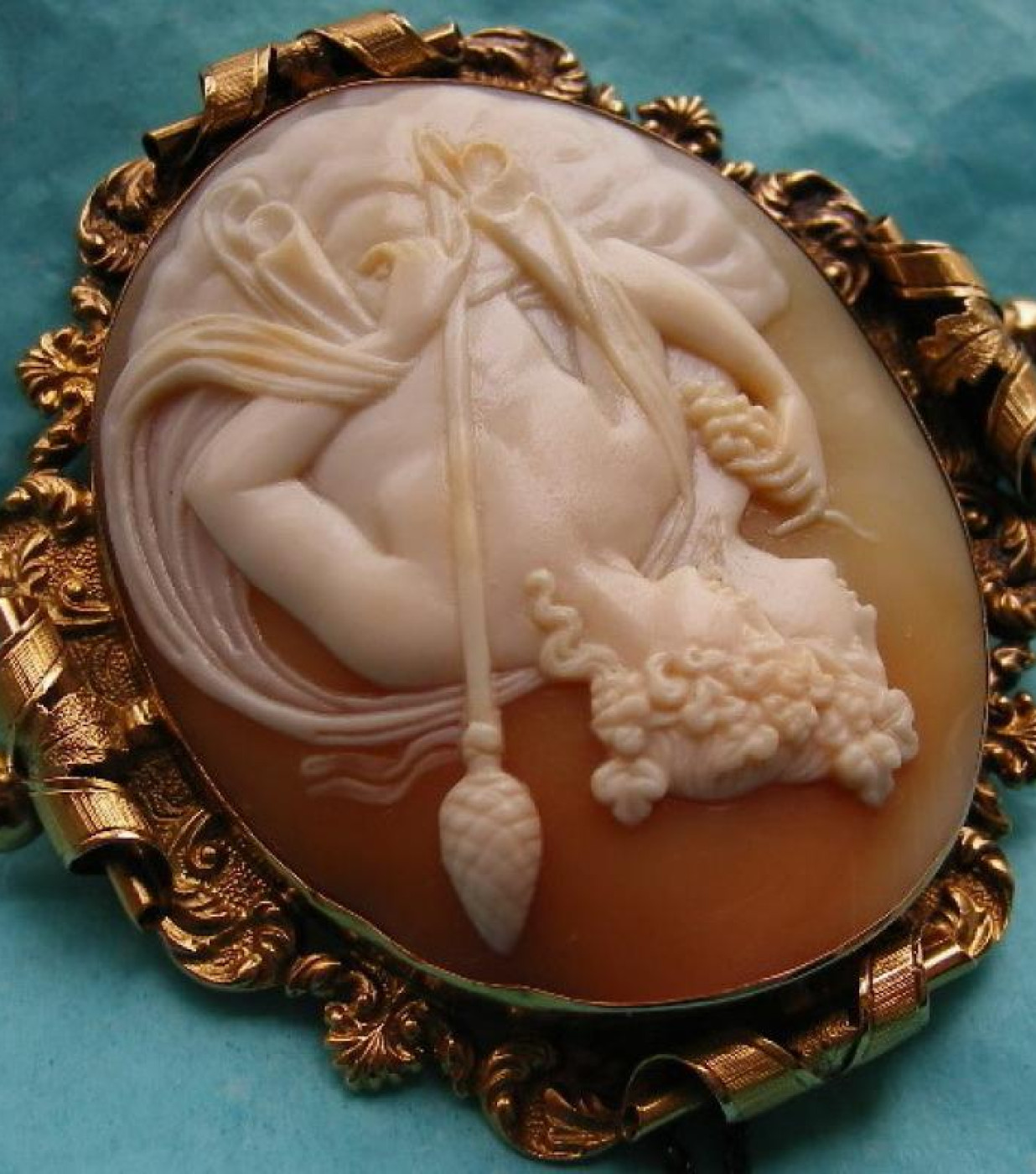 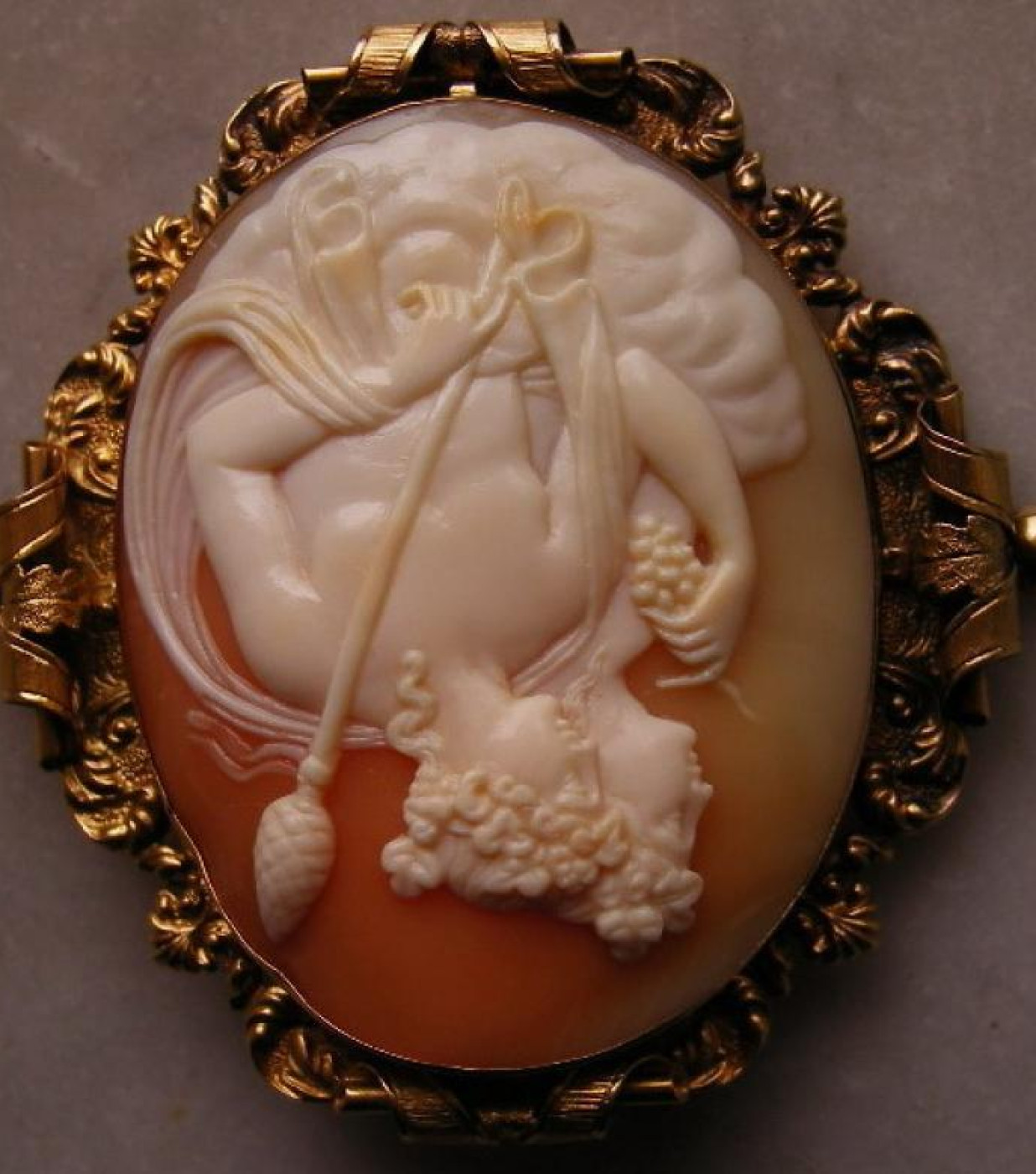 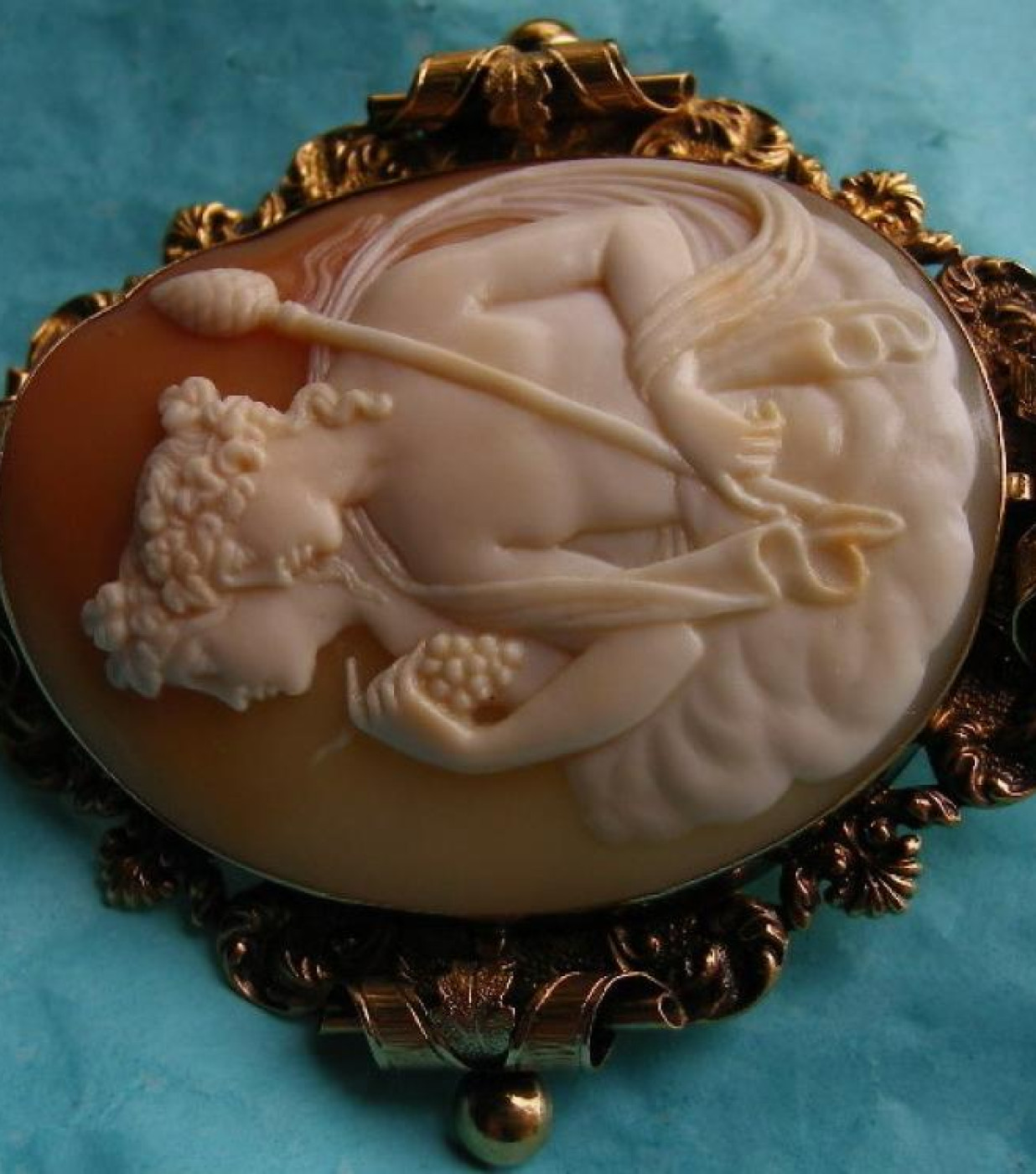 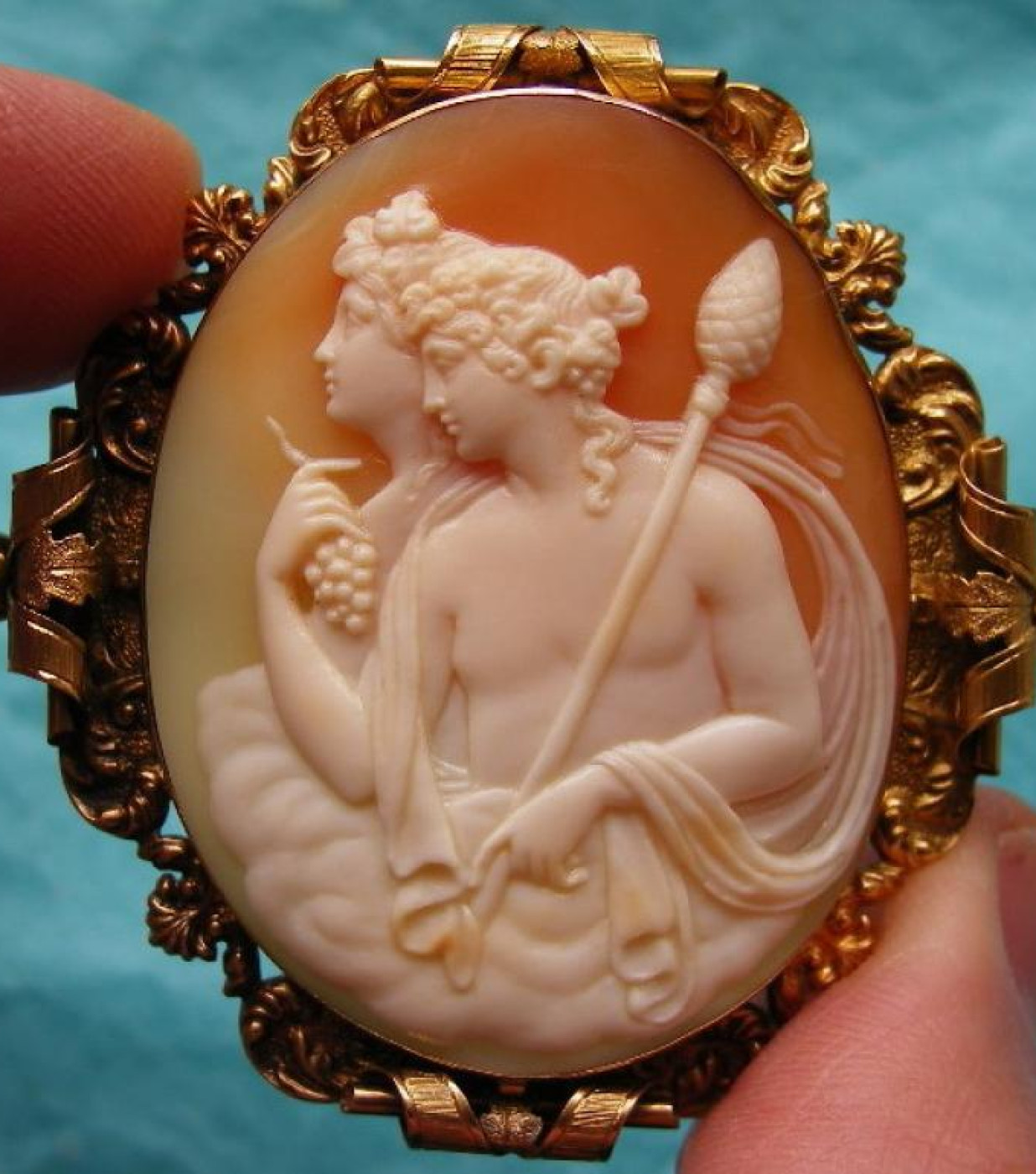 This is a cameo of surpassing beauty. Museum Quality cameo, the subject of this cameo is rare. It is Dionysus (or Bacchus) and his wife Ariadne. All the symbols are shown, the vine leafs, the bunch of grapes and the thyrsus. This is a real museum quality cameo.   Everything is masterly carved, every details are so well rendered, look at the pictures so you can see each small detail. I have no other words to describe it.  This subject is peculiarly rare and is object of desire for many collectors. A  more than desirable cameo for any collector.A Bit of History:
Ariadne, in Greek mythology, was daughter of King Minos of Crete and his queen, Pasiphaë, daughter of Helios, the Sun-titan. She loved Theseus, and gave him the skein of thread that enabled him to make his way out of the labyrinth after killing the Minotaur. When Theseus left Crete, Ariadne went with him, but before they reached Greece, he abandoned her at Naxos. There the god Dionysus consoled and later married her. She bore him several children, including Oenopion, whom Dionysus first taught the art of winemaking. It was said that Zeus granted Ariadne immortality and that Dionysus set her bridal crown, the Corona Borealis, among the stars.