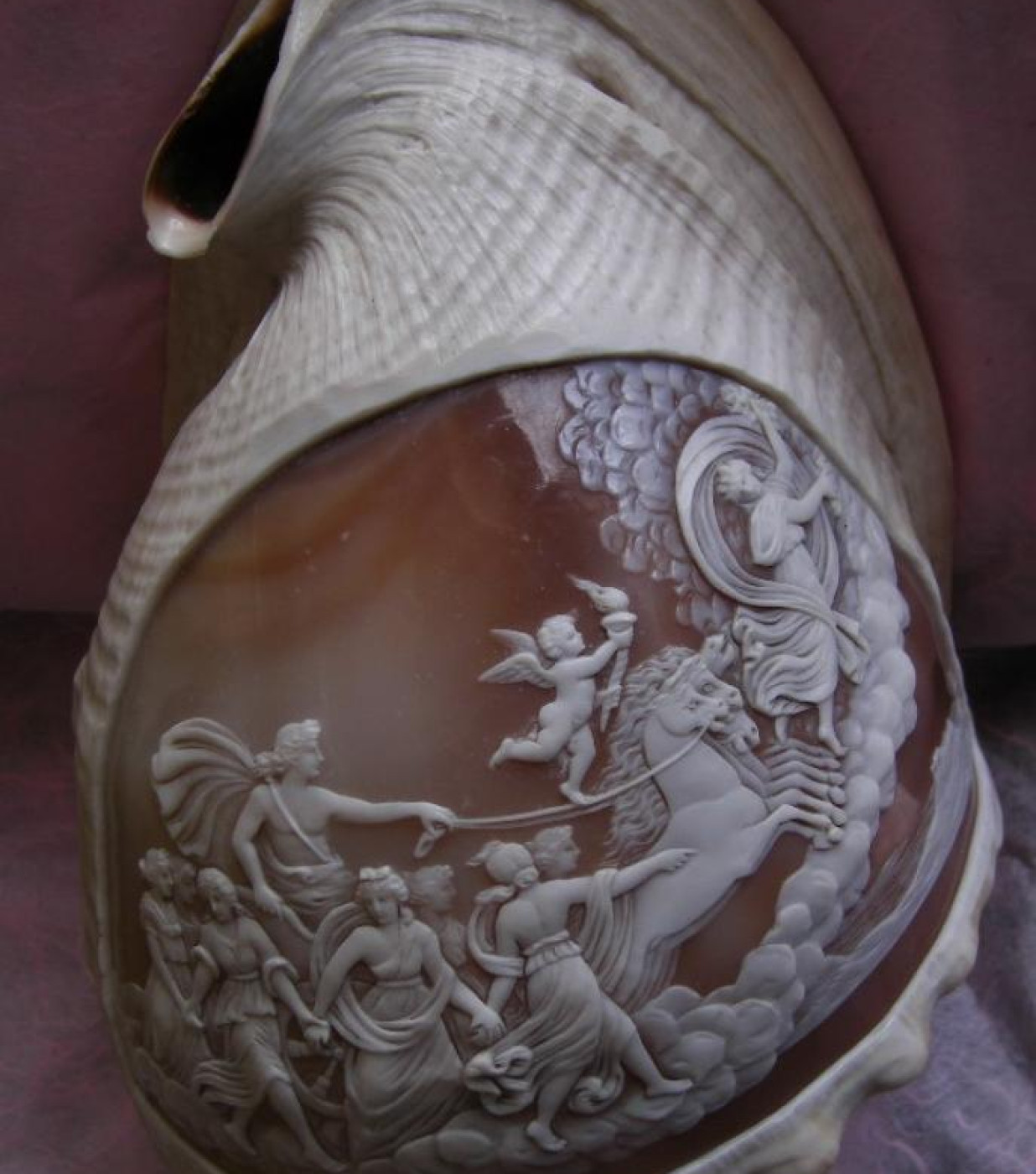 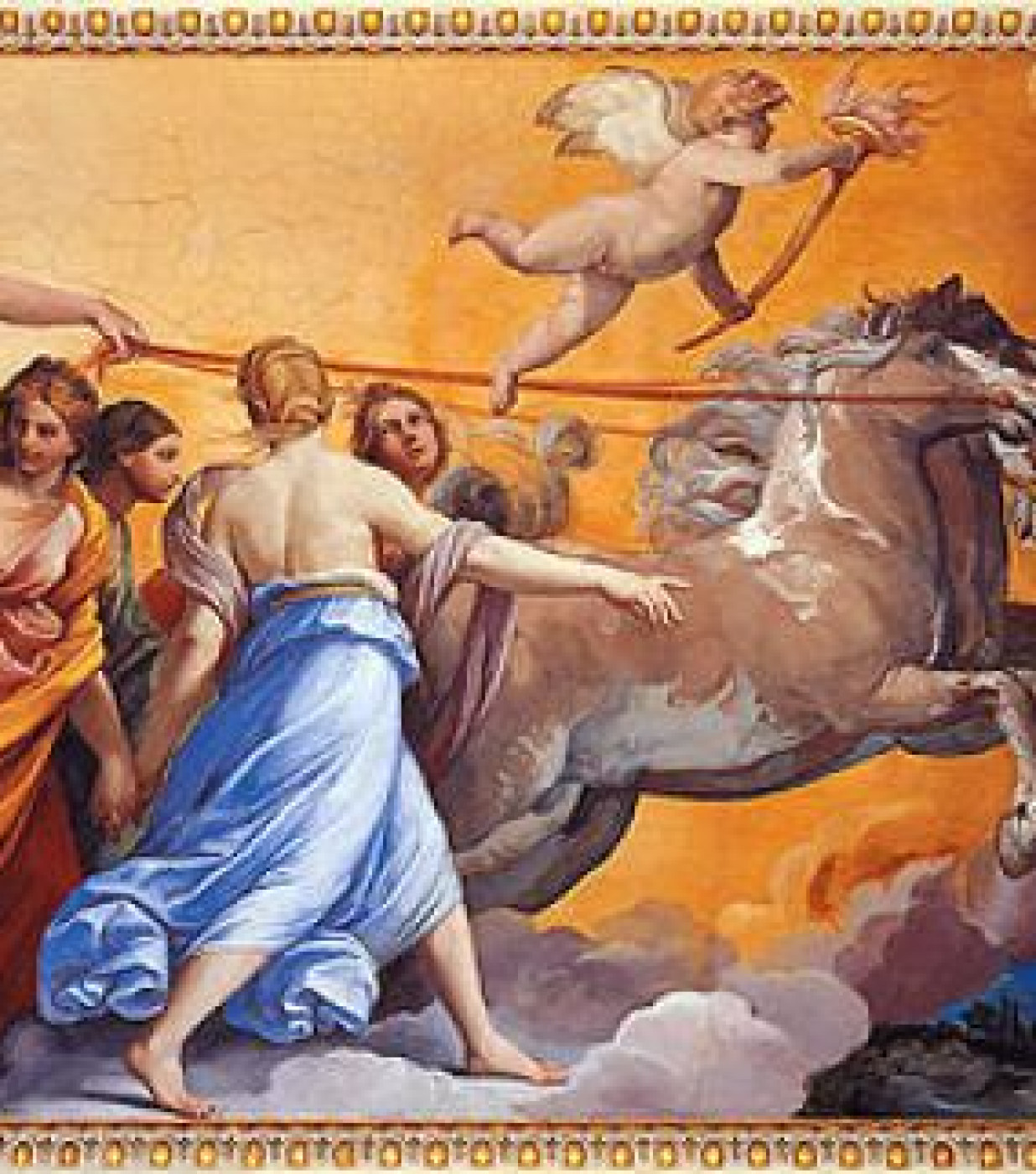 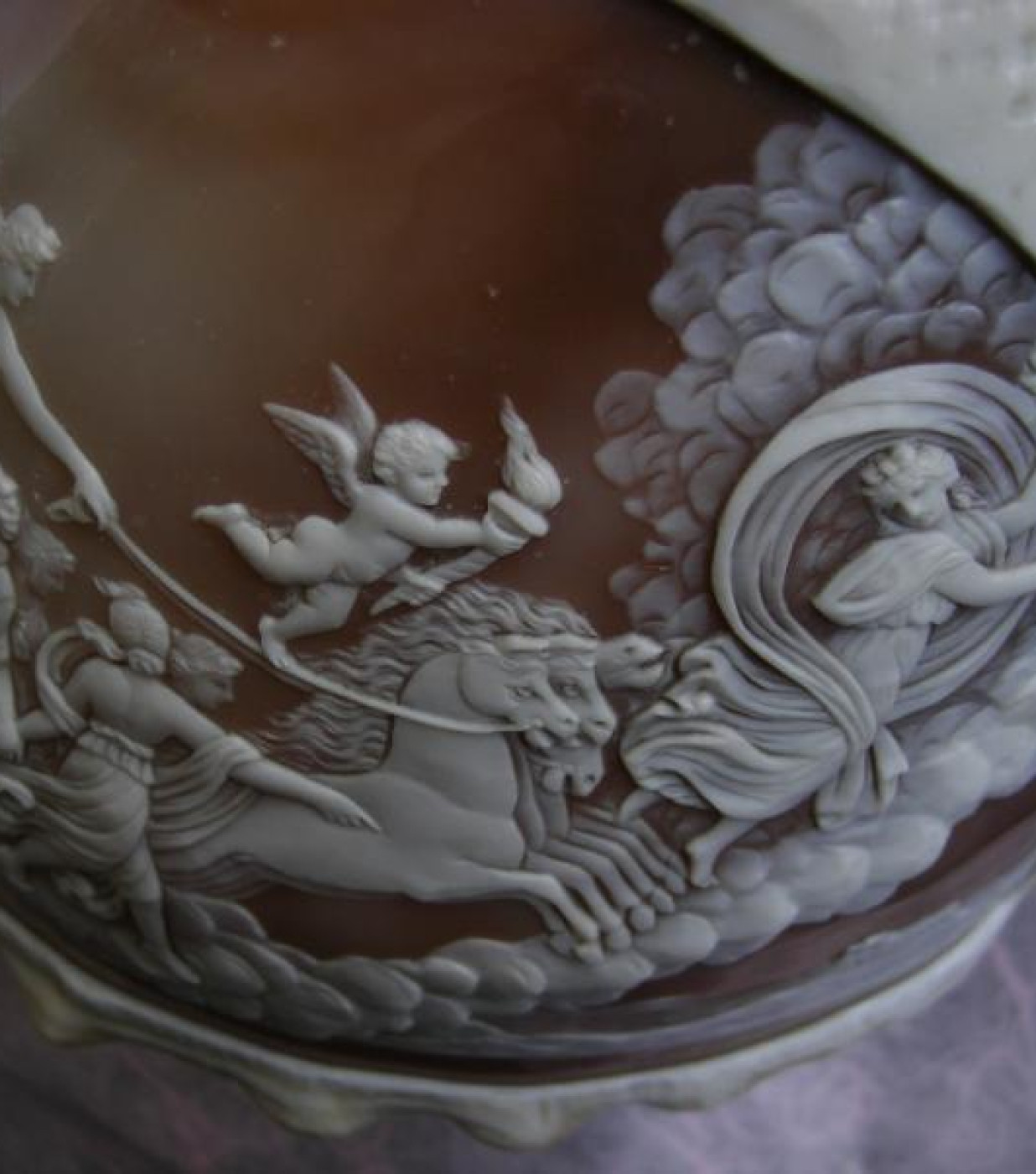 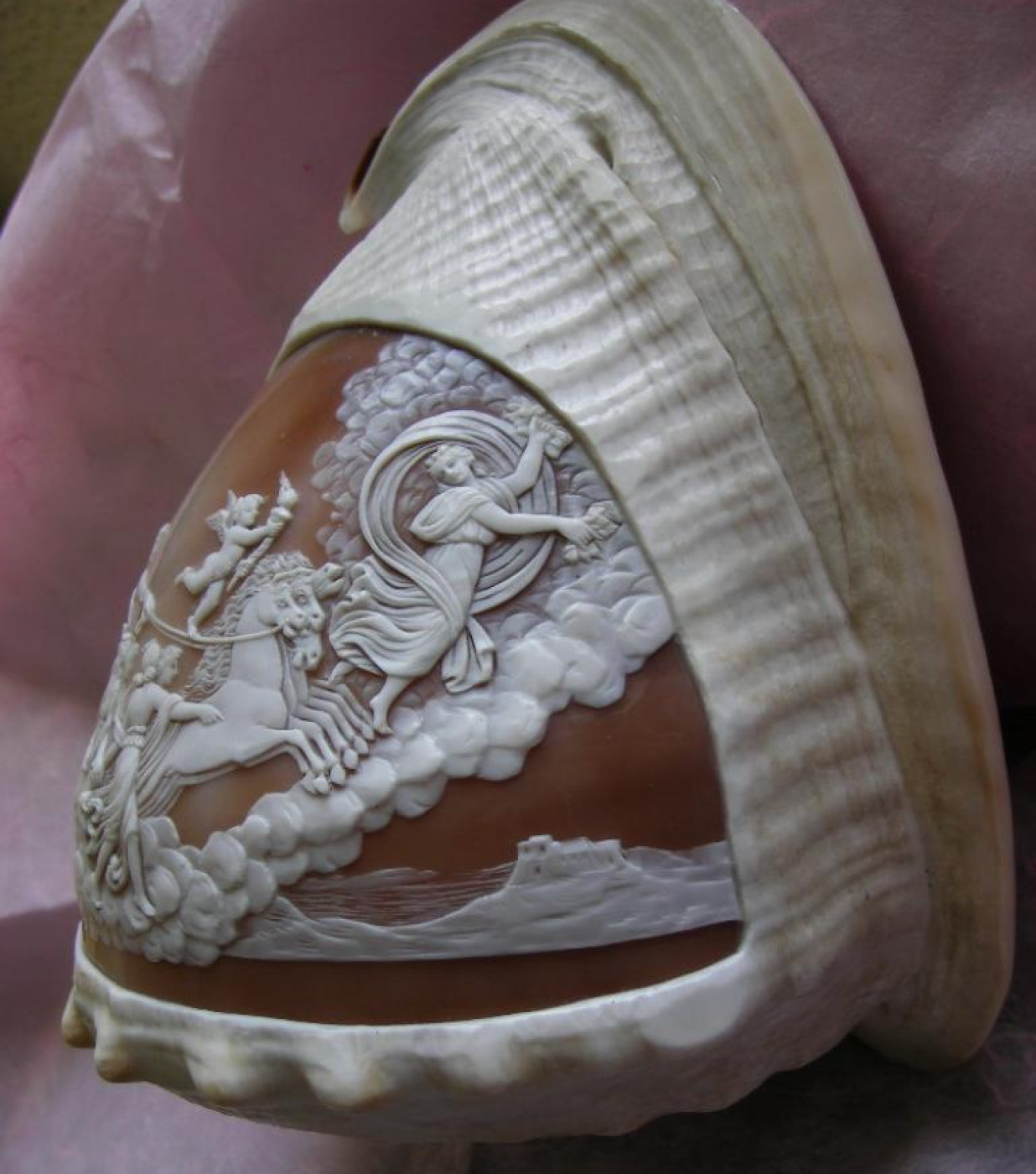 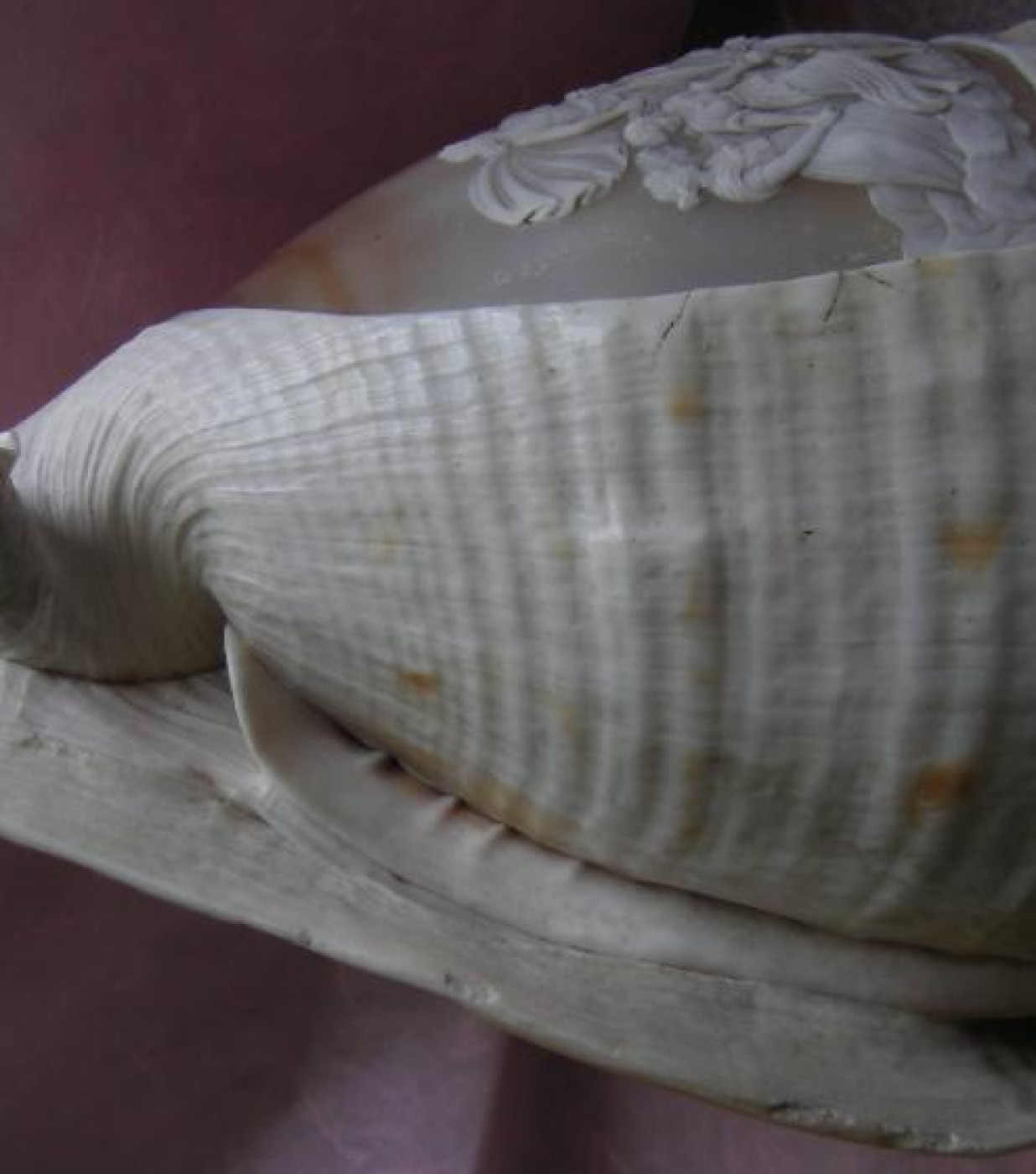 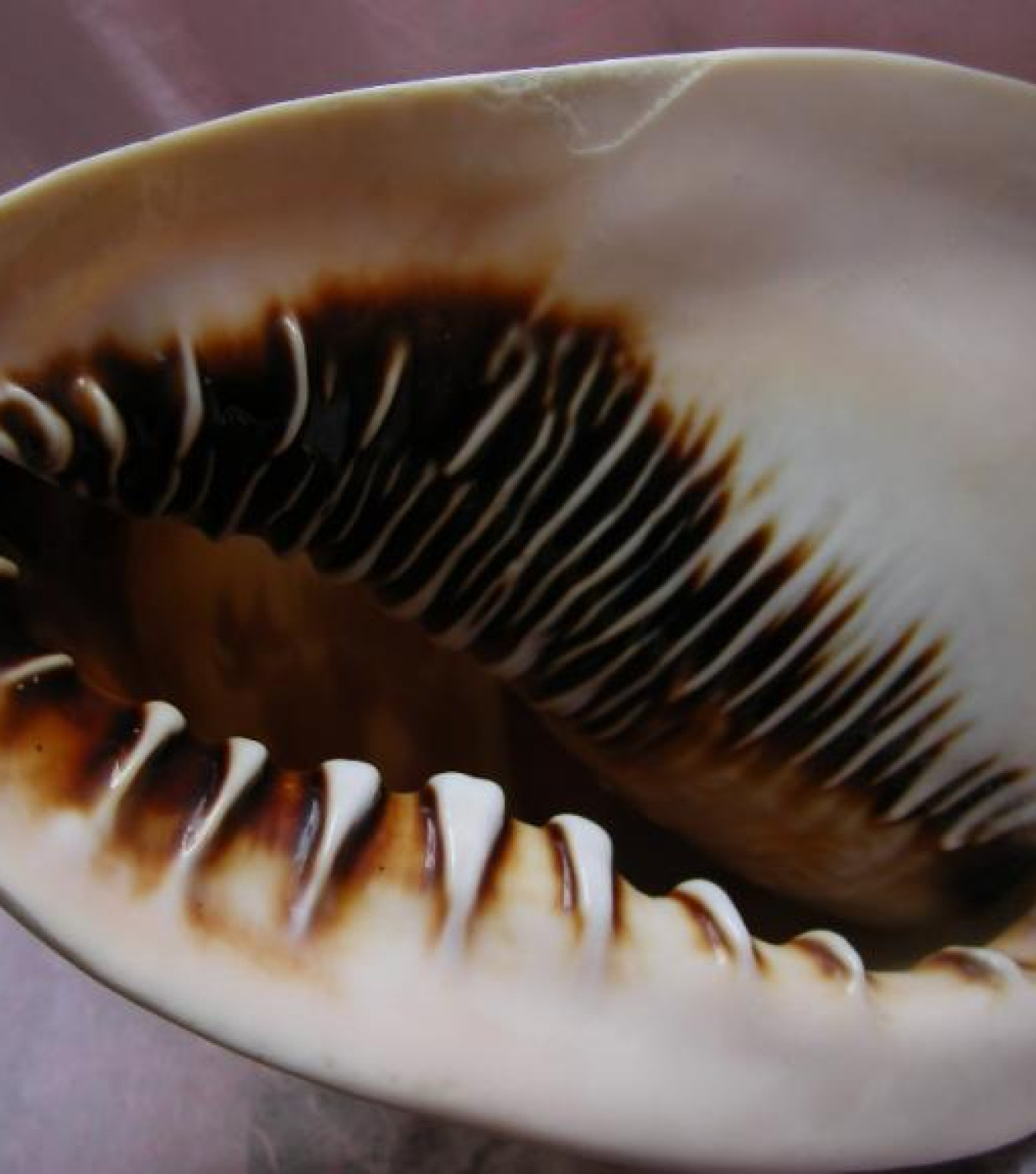 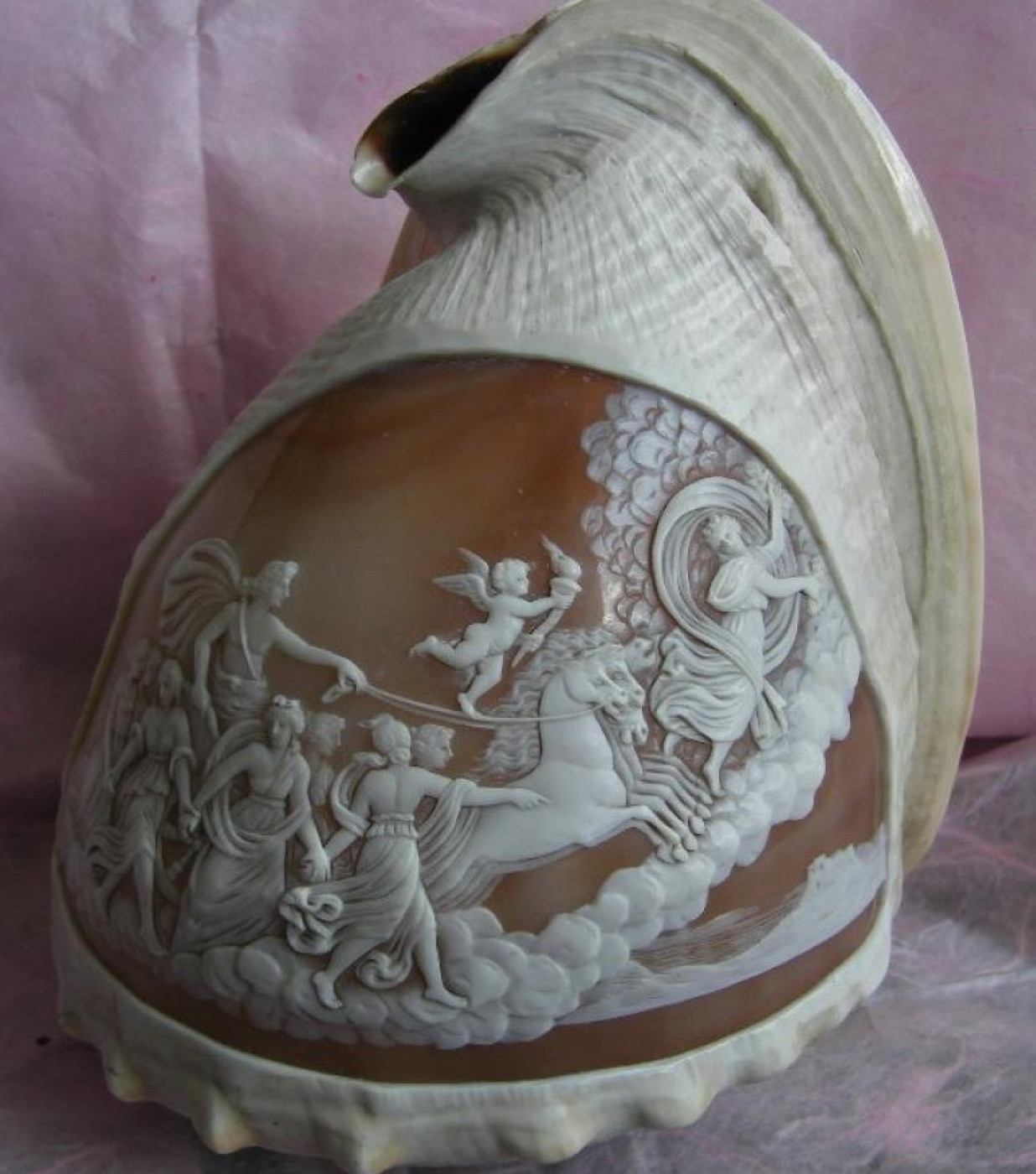 Museum Quality and rarest whole Sardonyx shell carved with a cameo depicting Aurora on her Chariot after a fresco of Guido Reni,1614, in Palazzo Rospigliosi in Rome.  The work depicts Aurora, the Goddess of the dawn, leading a procession and showering roses upon the still sleeping earth. Four galloping horses follow, pulling the chariot of Apollo, the god of the sun. Dancing about, with hands interlinked, are seven Horae, or hours. Above, a cherub bearing a flaming torch personifies the morning star.   This is an incredible work of art, very detailed cameo, carved by an artist, the cameo copies in each particular the fresco of Reni, scroll down to its picture. It is not easy to find whole shells carved in a so perfect way and in so excellent condition. I was lucky finding this one. This is my first whole carved shell and I think I have found one really masterly carved. A very desirable collectors piece, rare and museum quality cameo.
A bit of History:

Eos is a figure of Greek mythology. She is the Goddess of the Dawn. She is a beautiful and charitable Goddess. She is the daughter of Hyperion. Hyperion is also the father of Helios (the Sun often identified with Apollo too ) and of Selene (the moon )Hyperion's name means "The one who precedes the Sun", and probably is related to his role like Helios' or Eos' father, the faint light that precedes the rising of the day. Eos has several sons, between them there is Memnone, killed from Achilles during the siege of Troy. From that day the Goddess of the Dawn inconsolably cries the loss of her son every morning and her tears form the dew. Homer calls her the "Goddess with the rosy fingers" for the effect that can be seen in the sky at dawn.