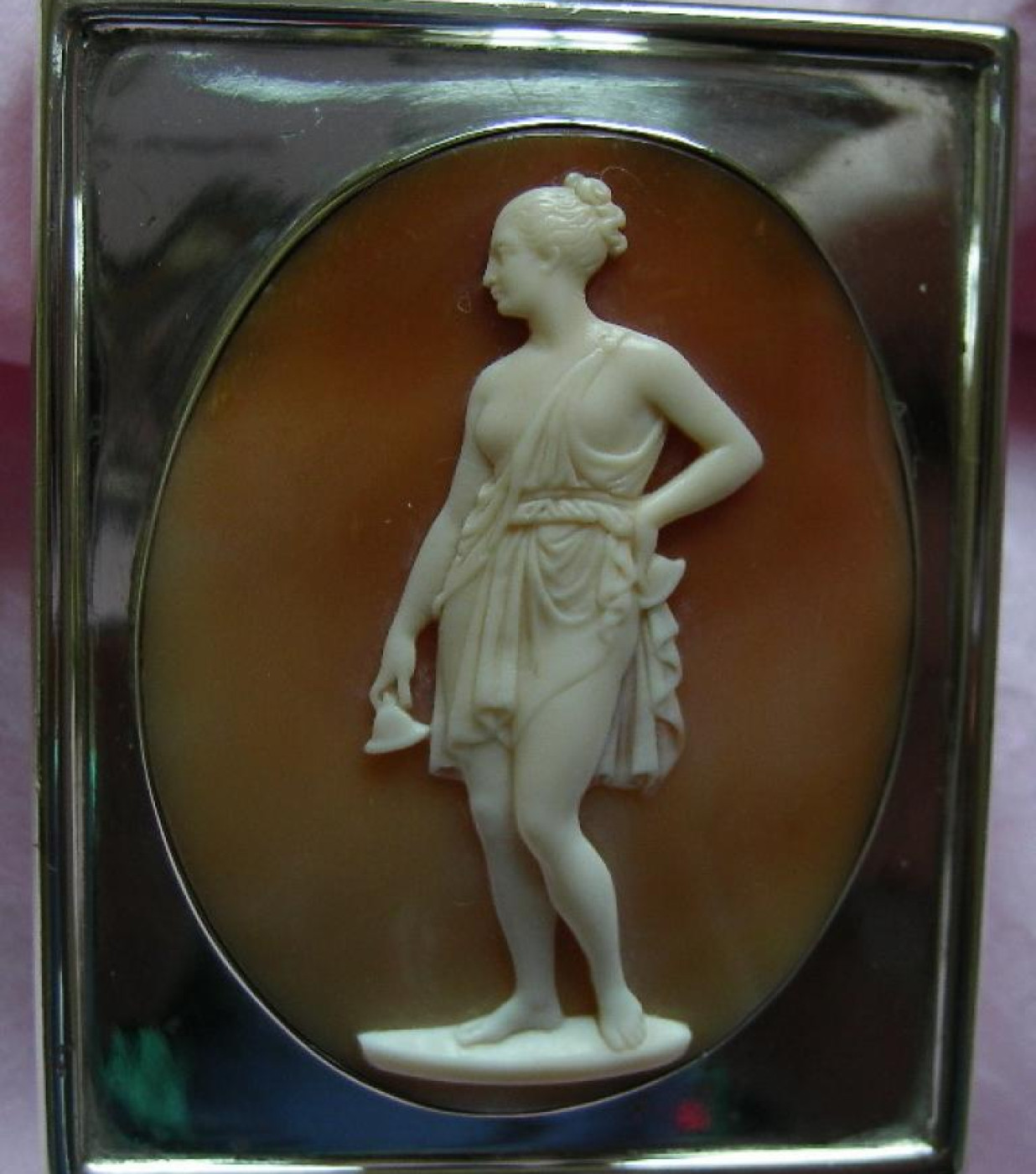 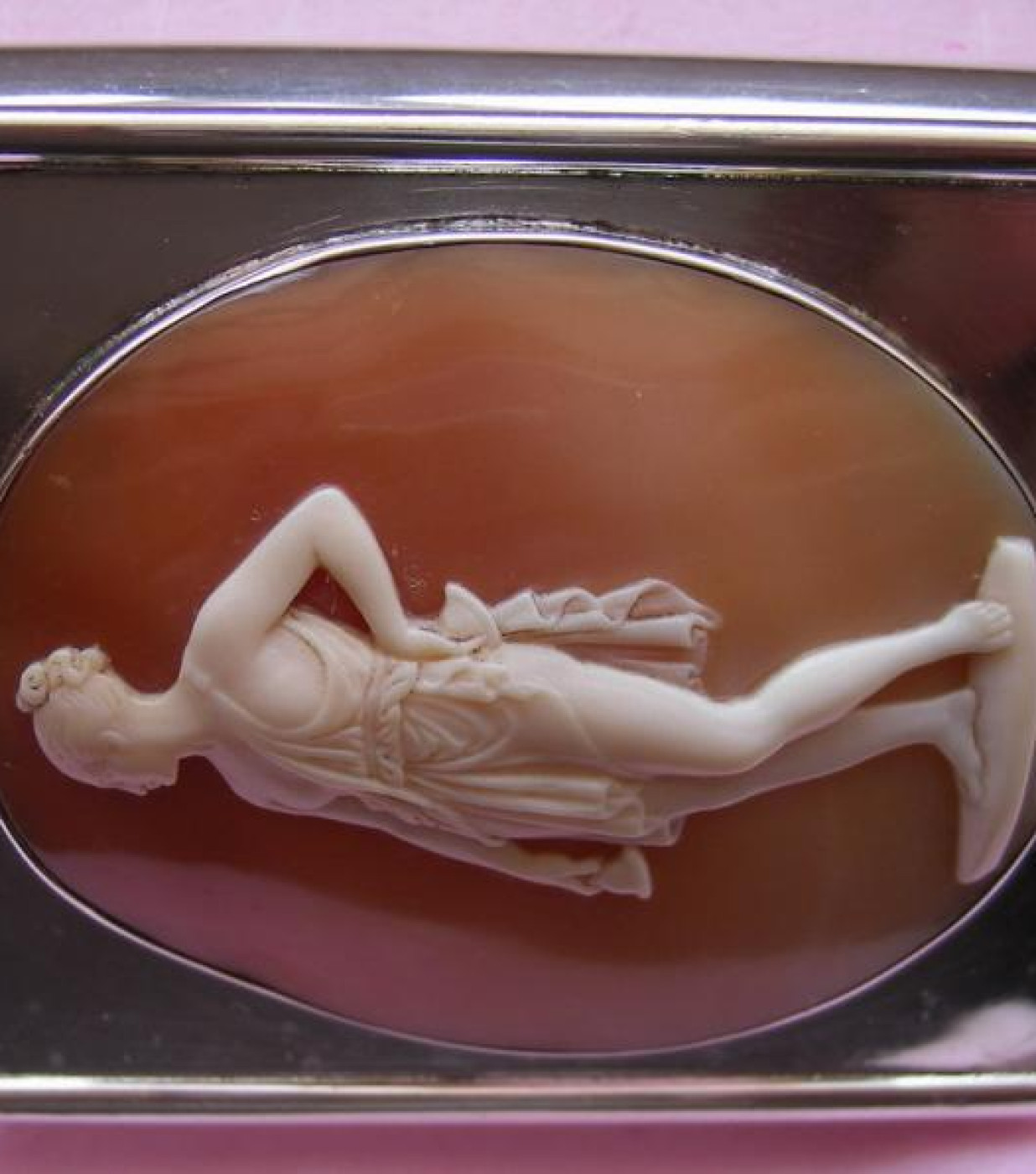 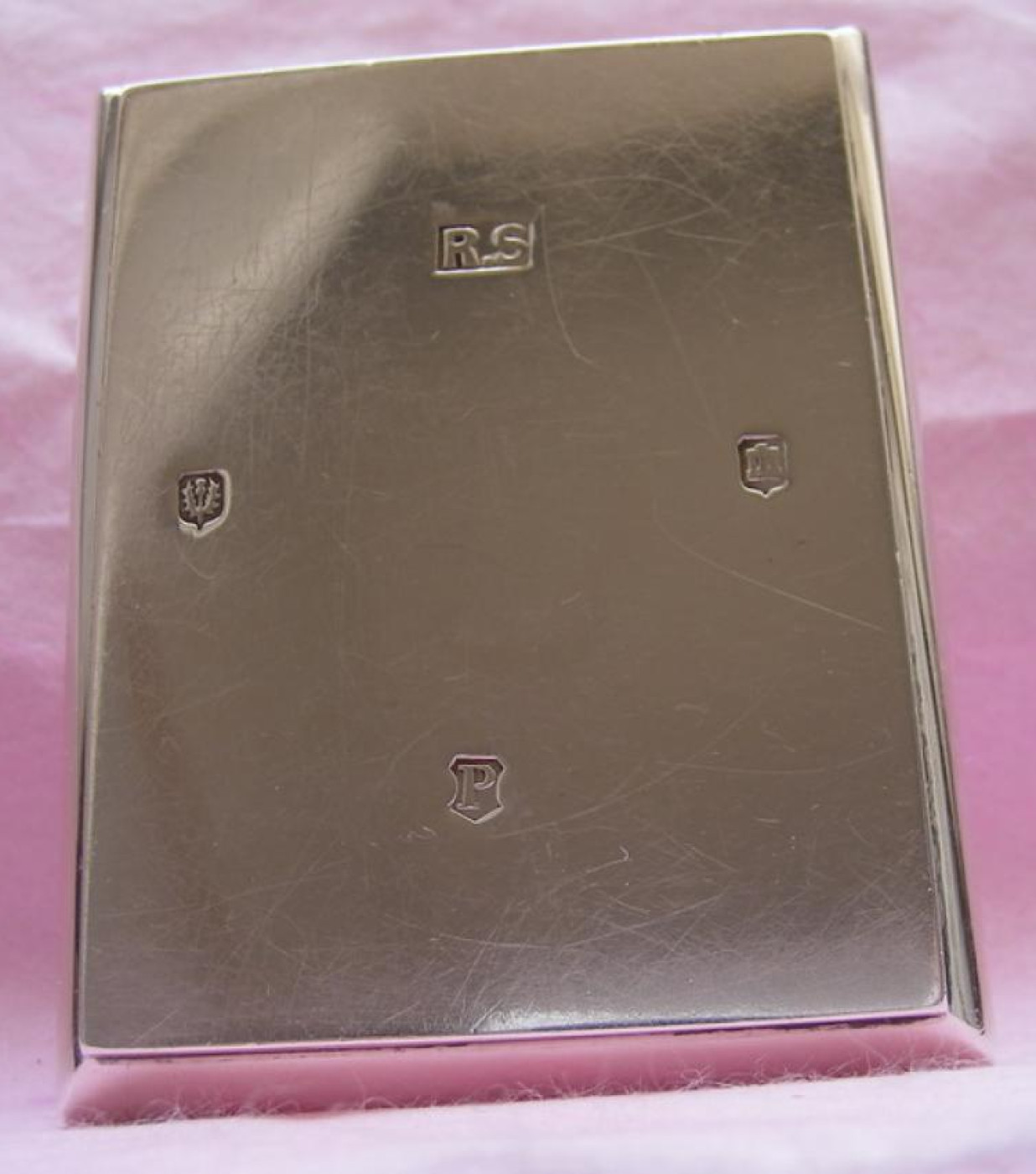 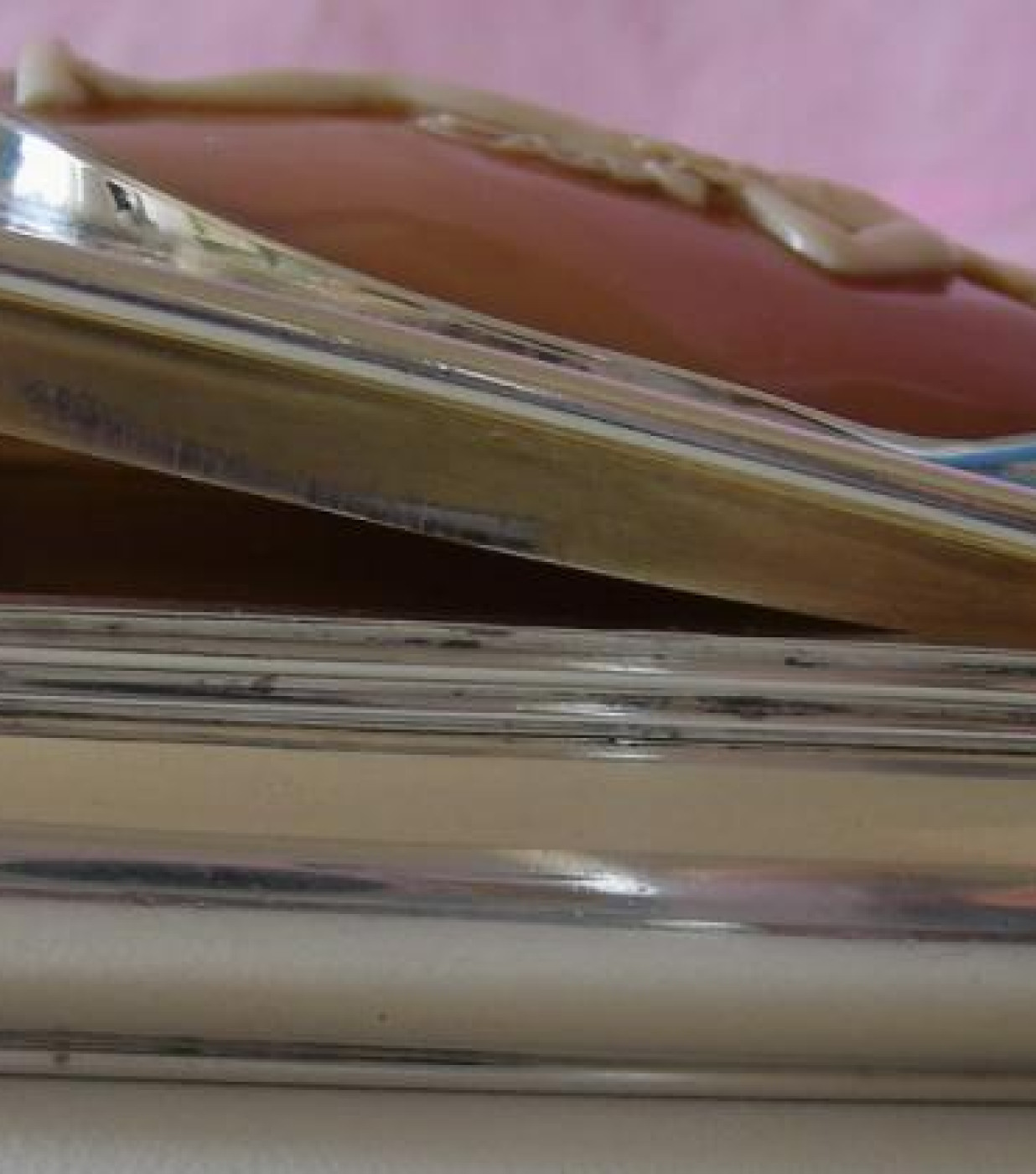 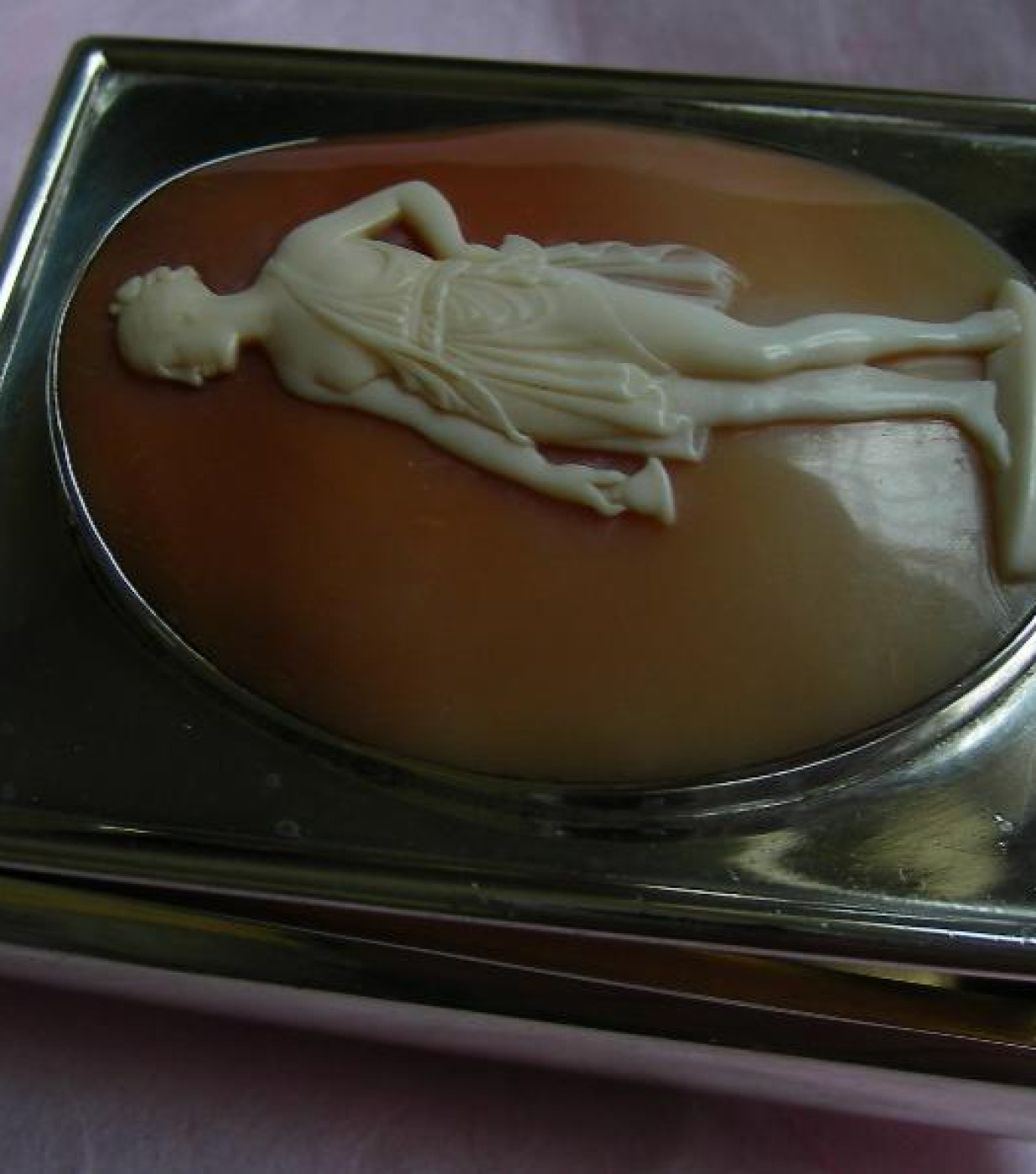 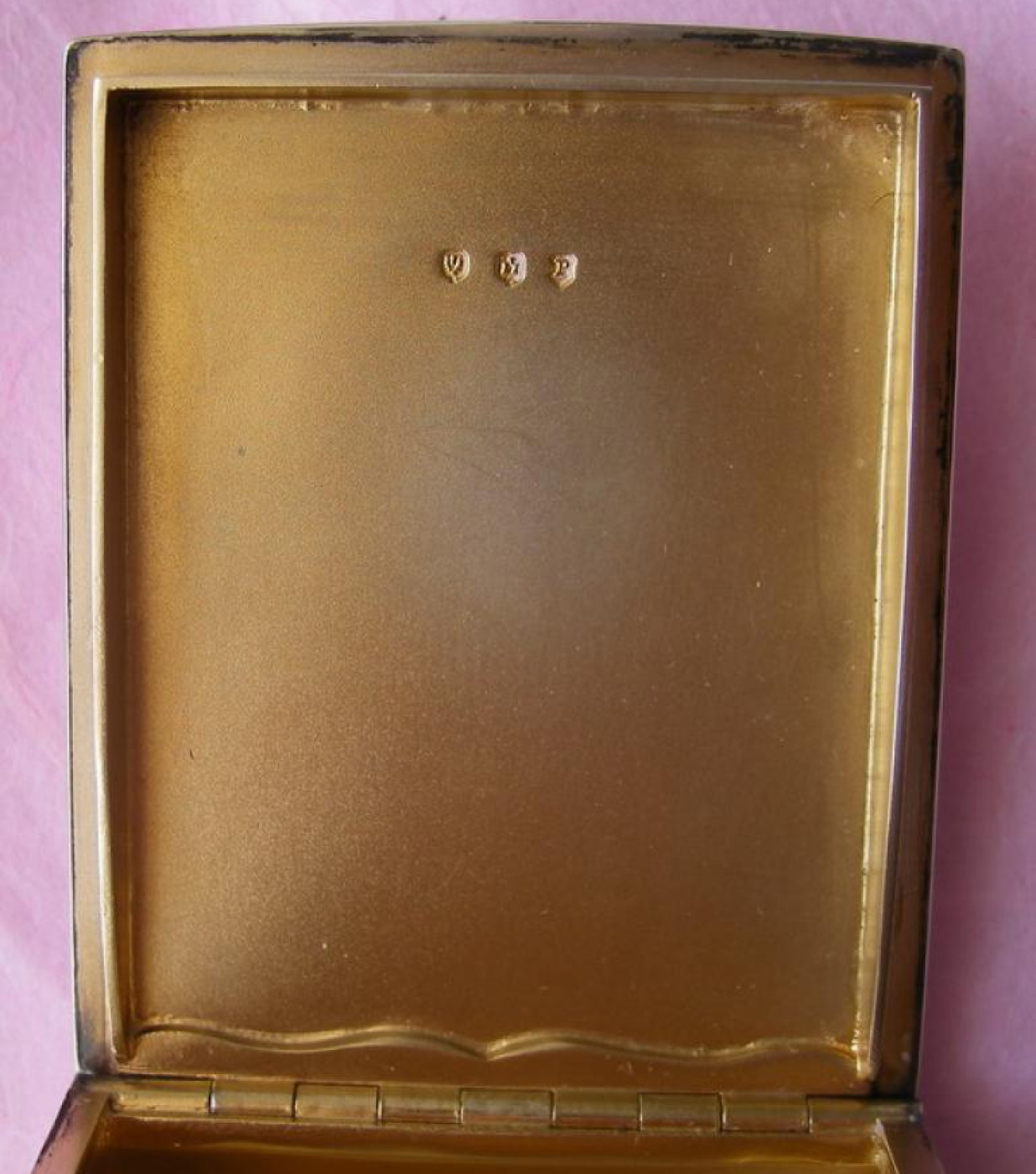 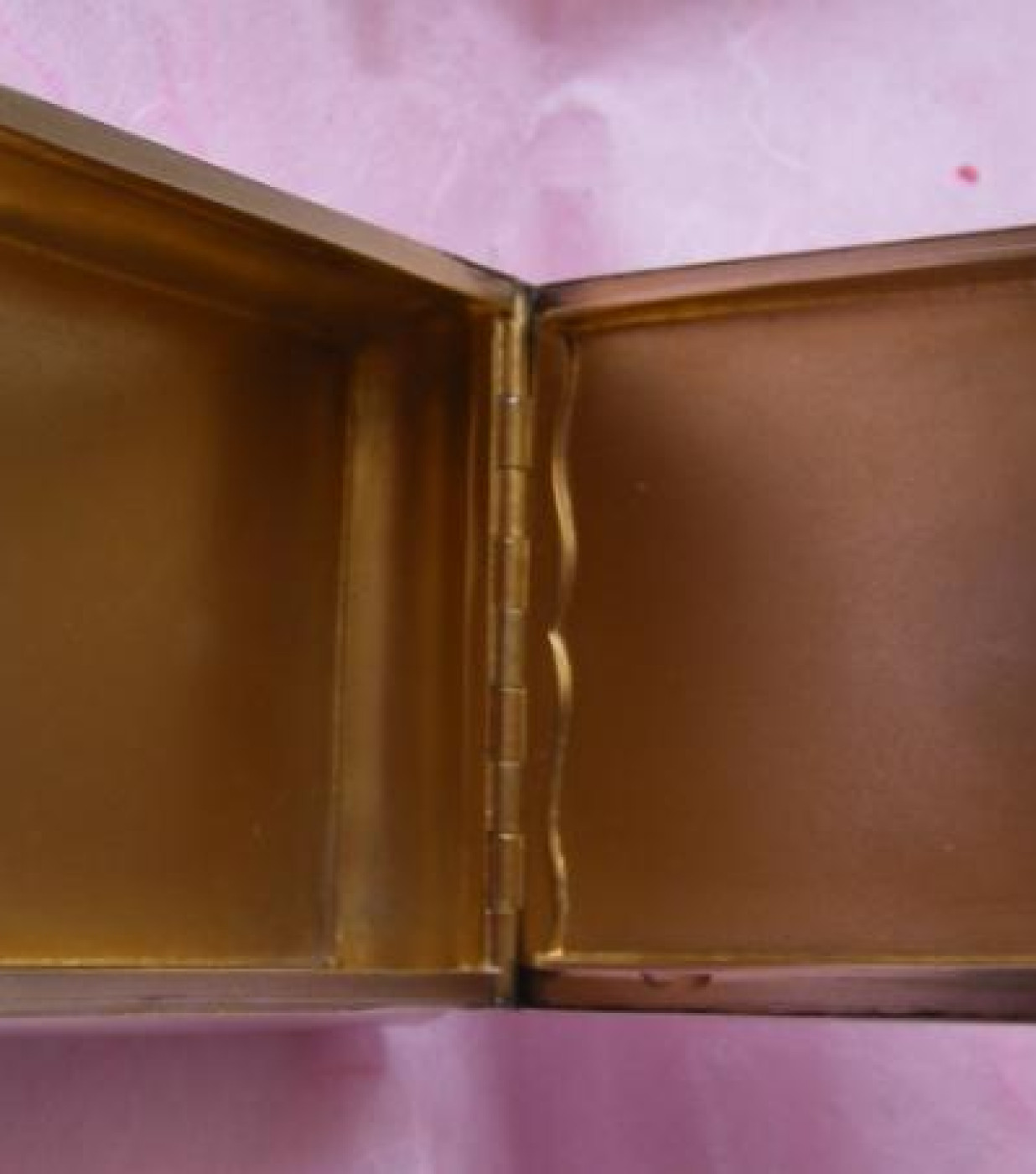 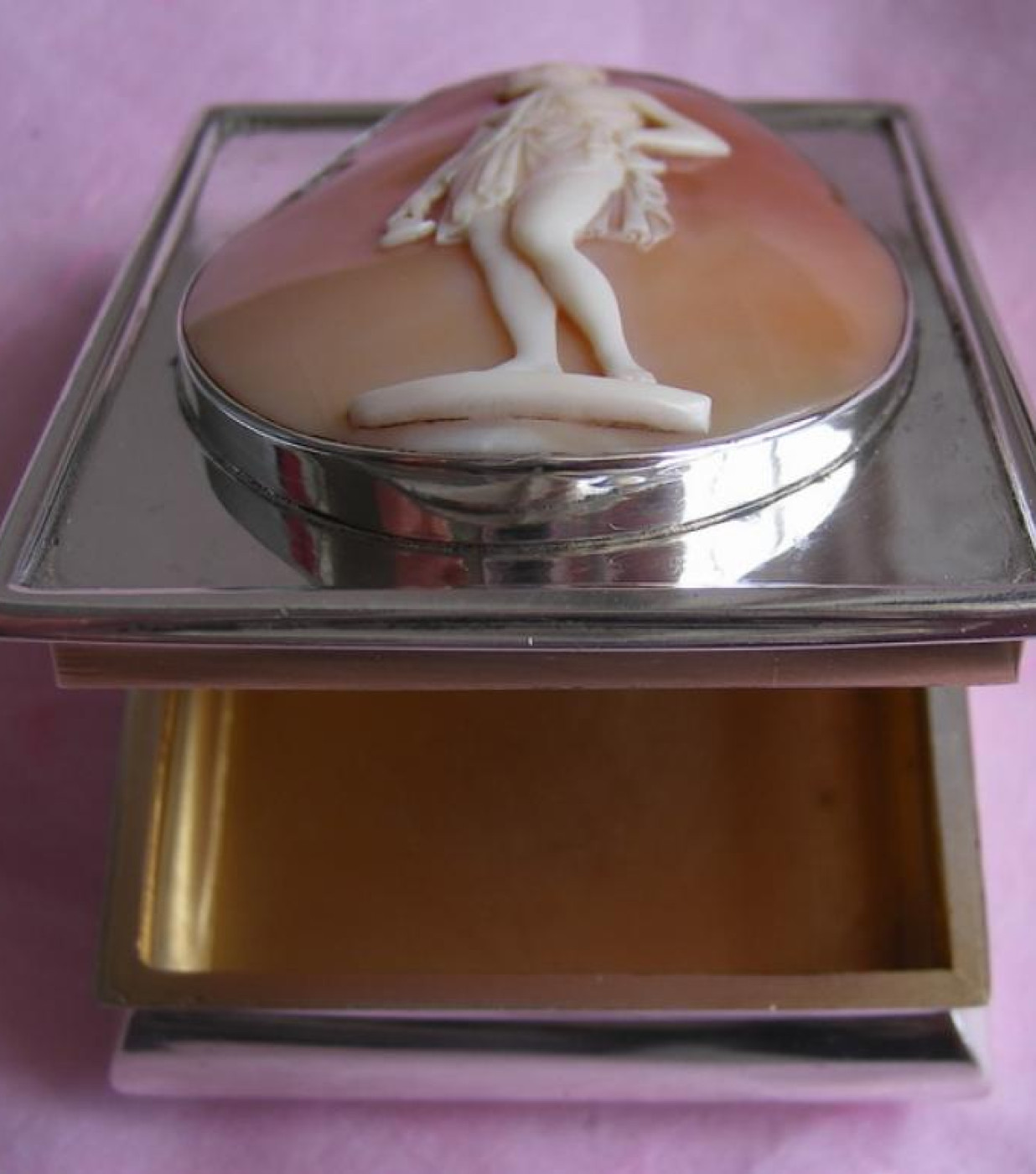 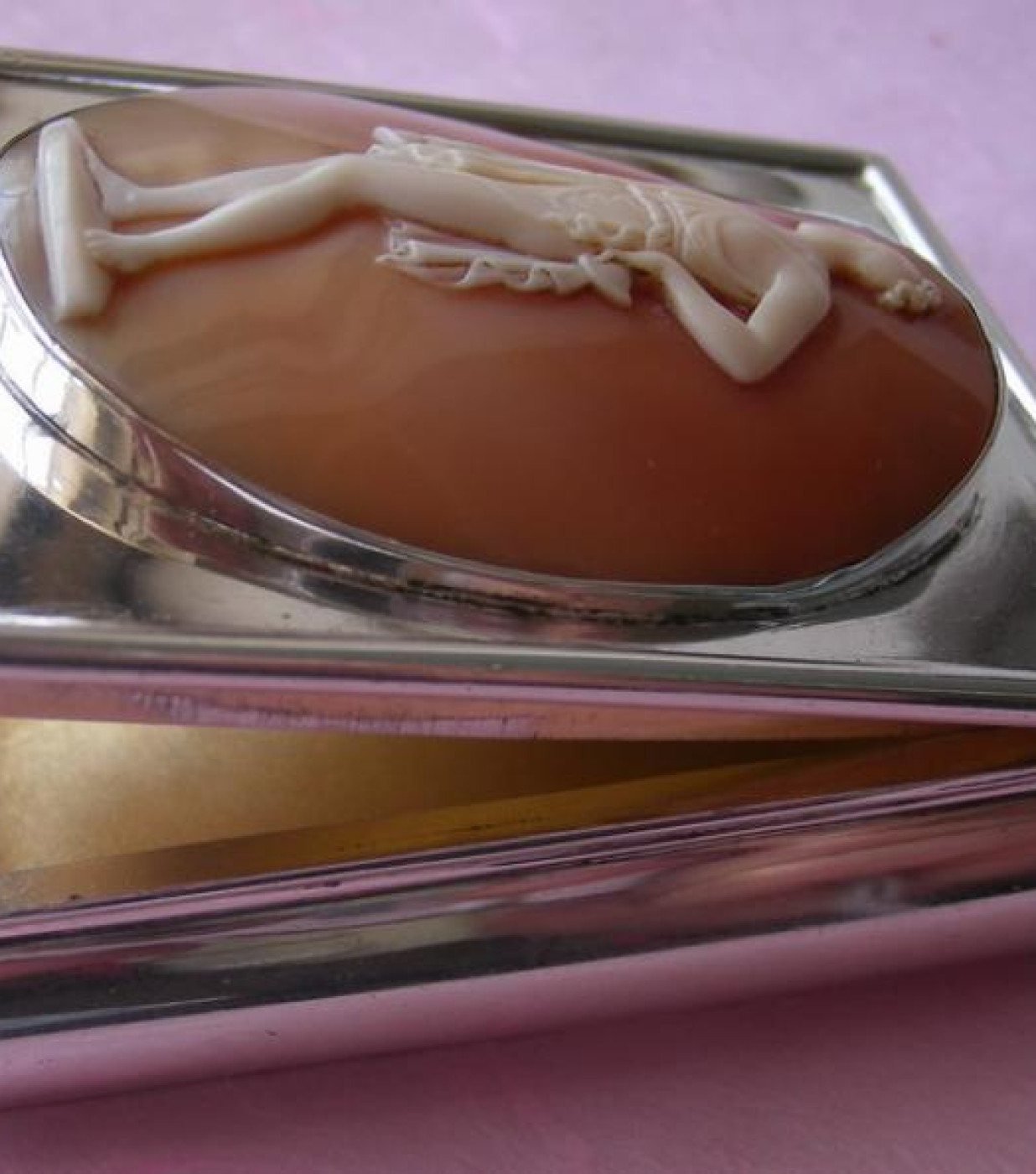 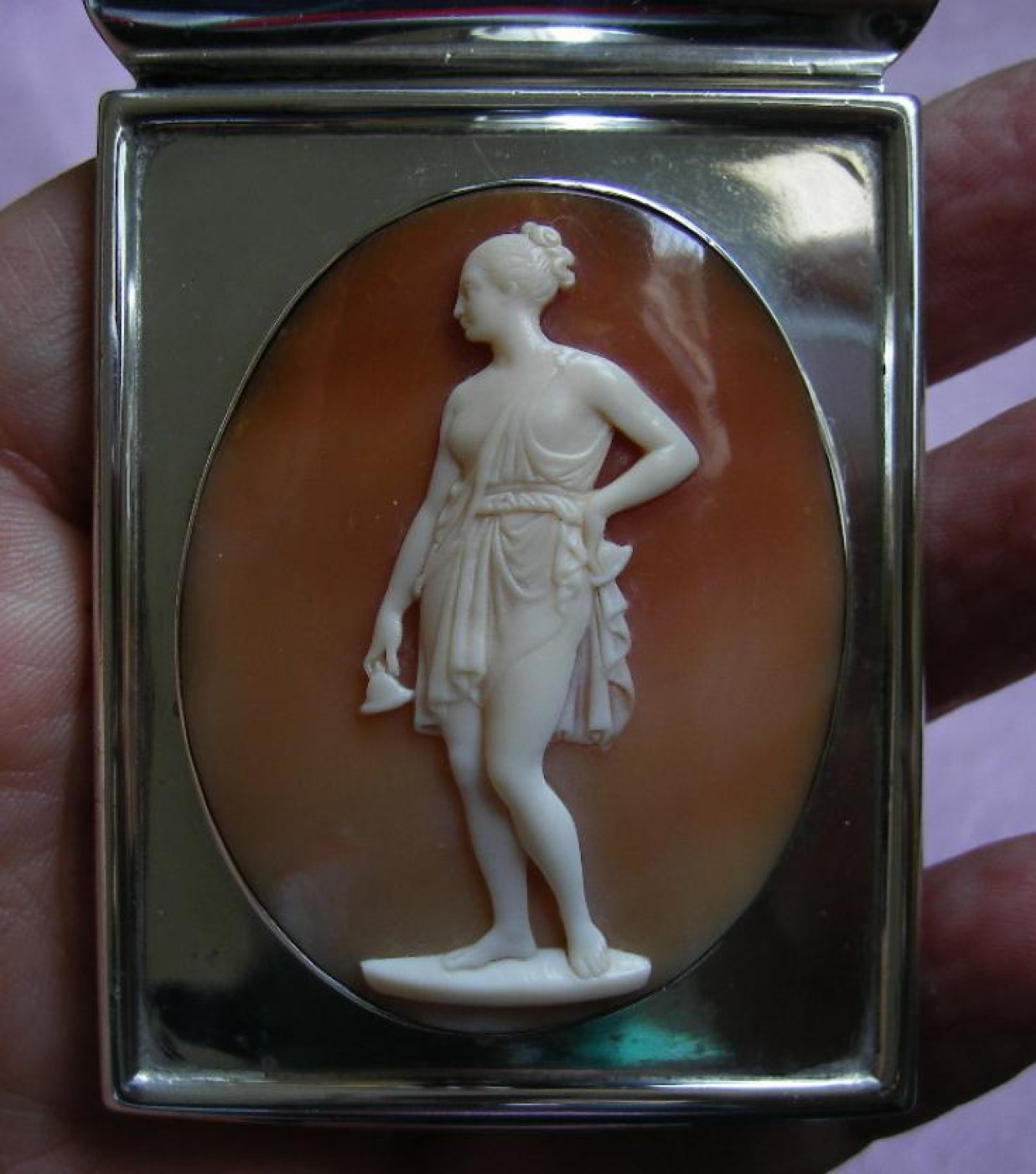 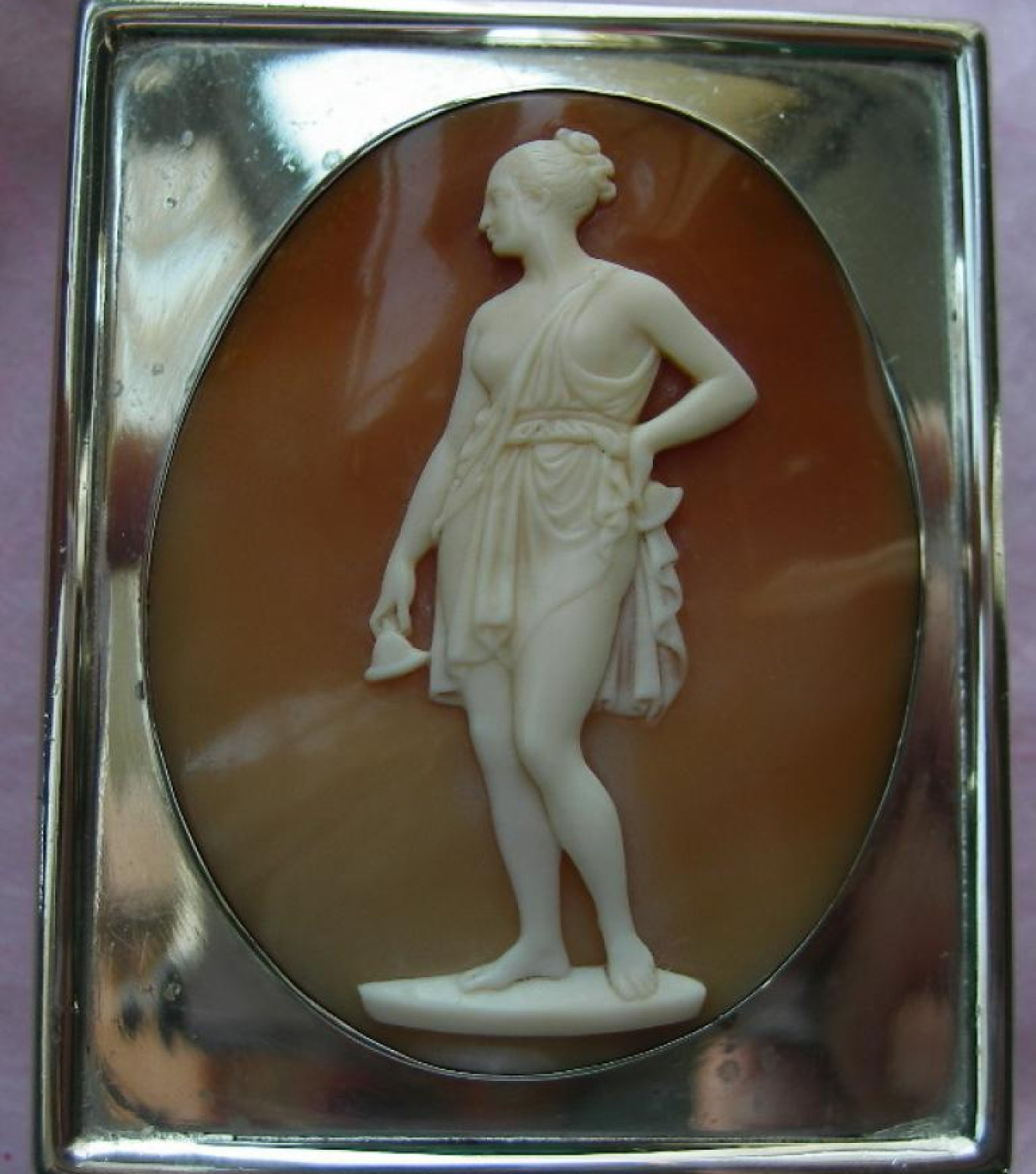 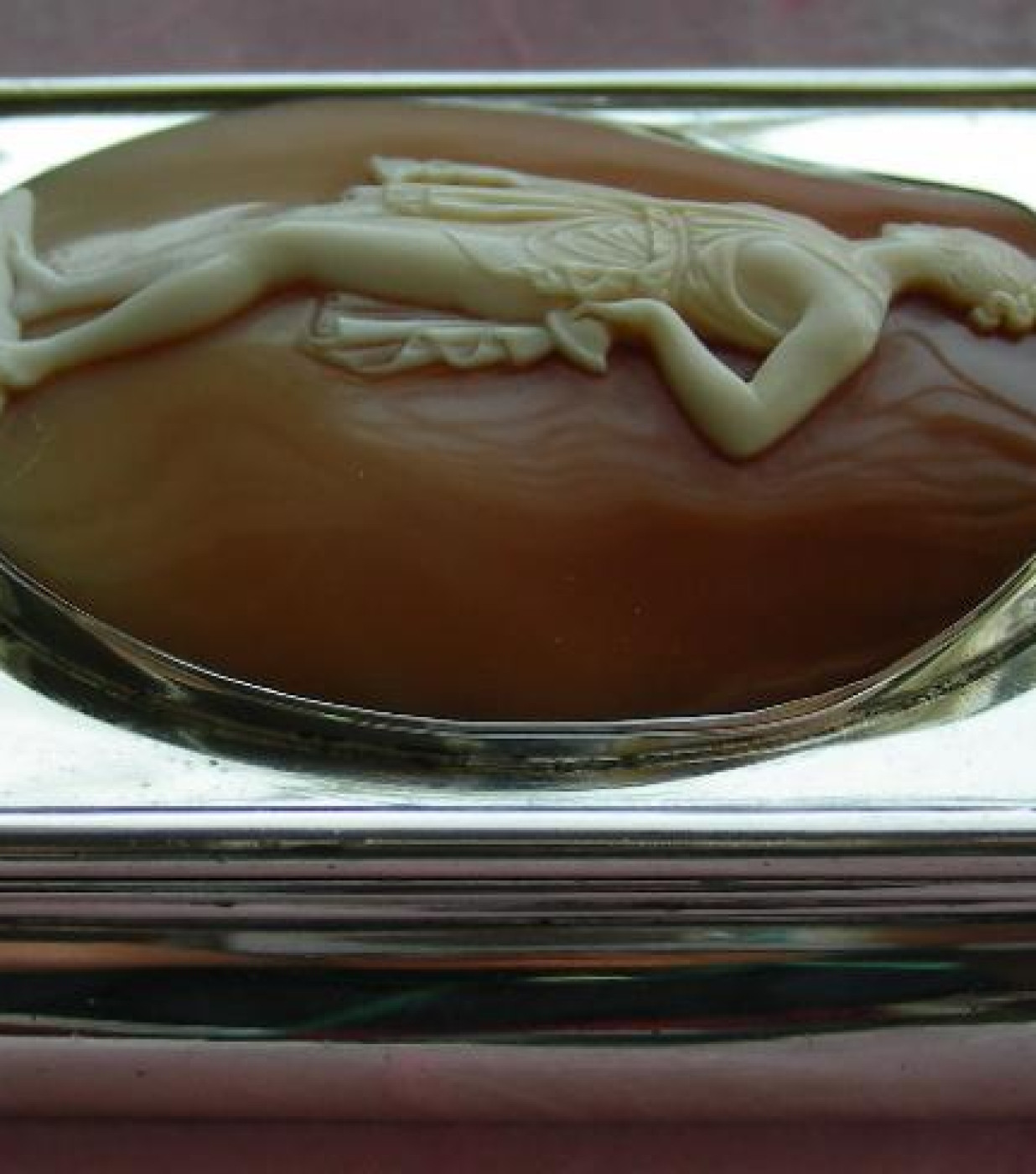 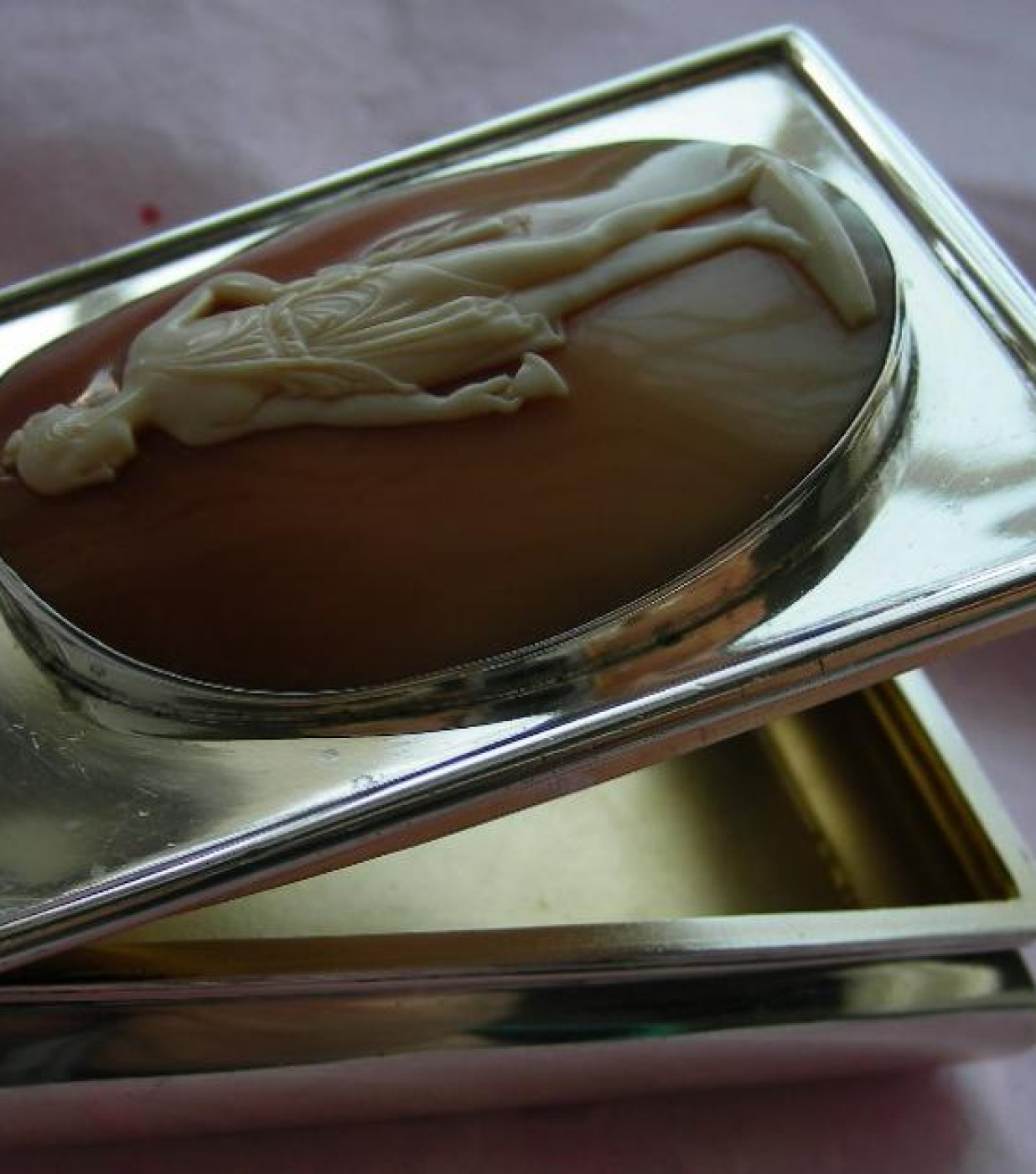 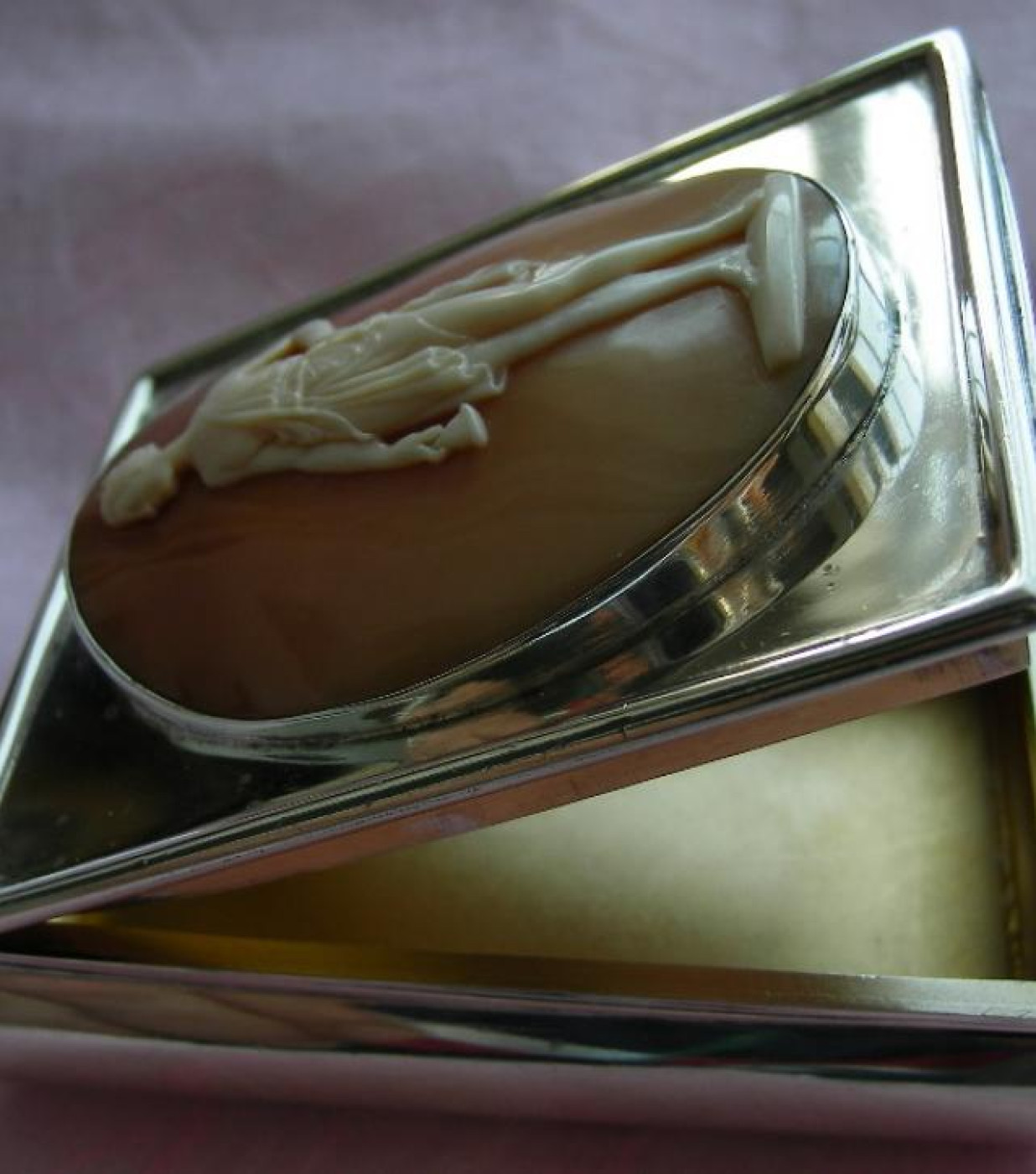 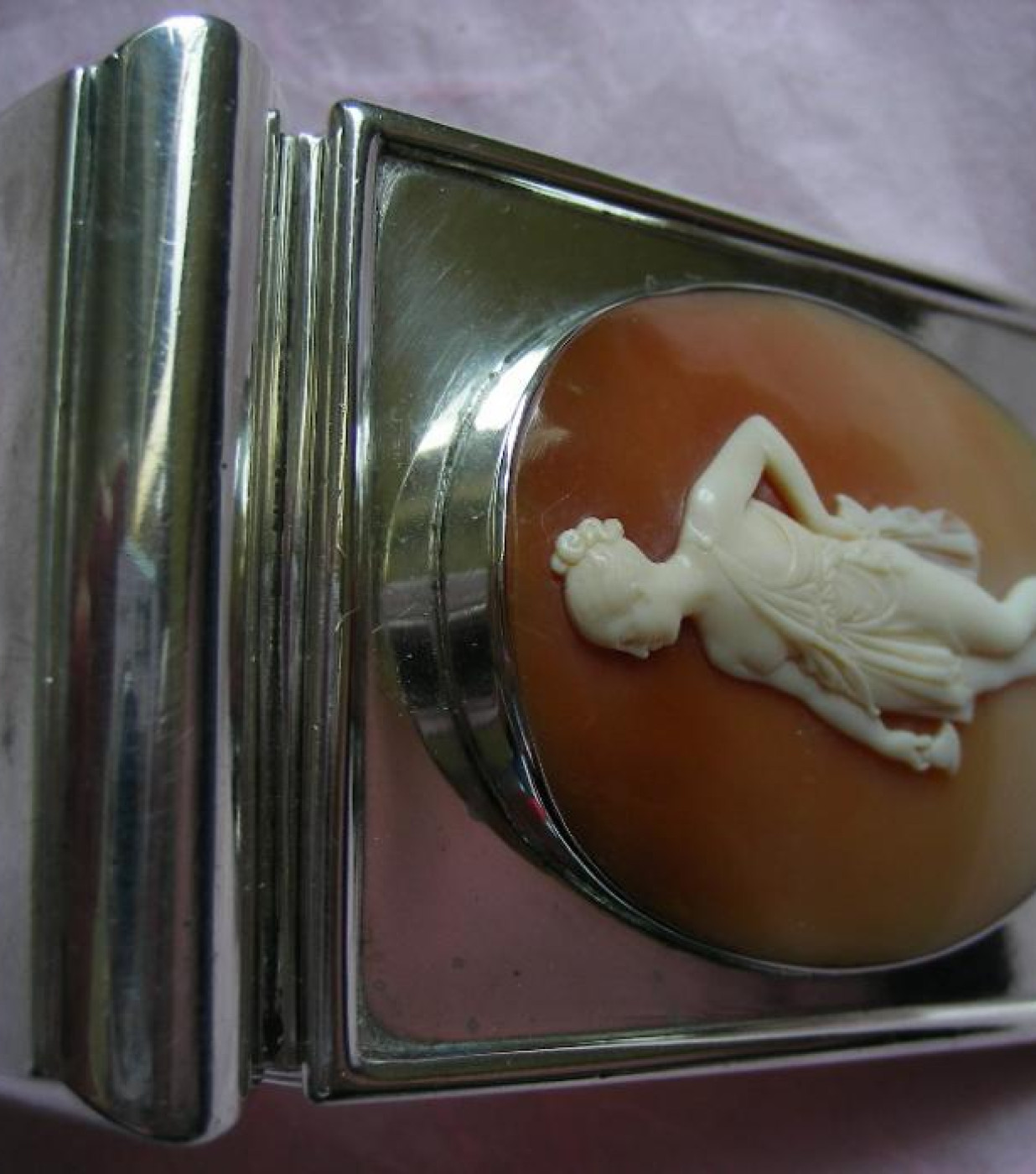 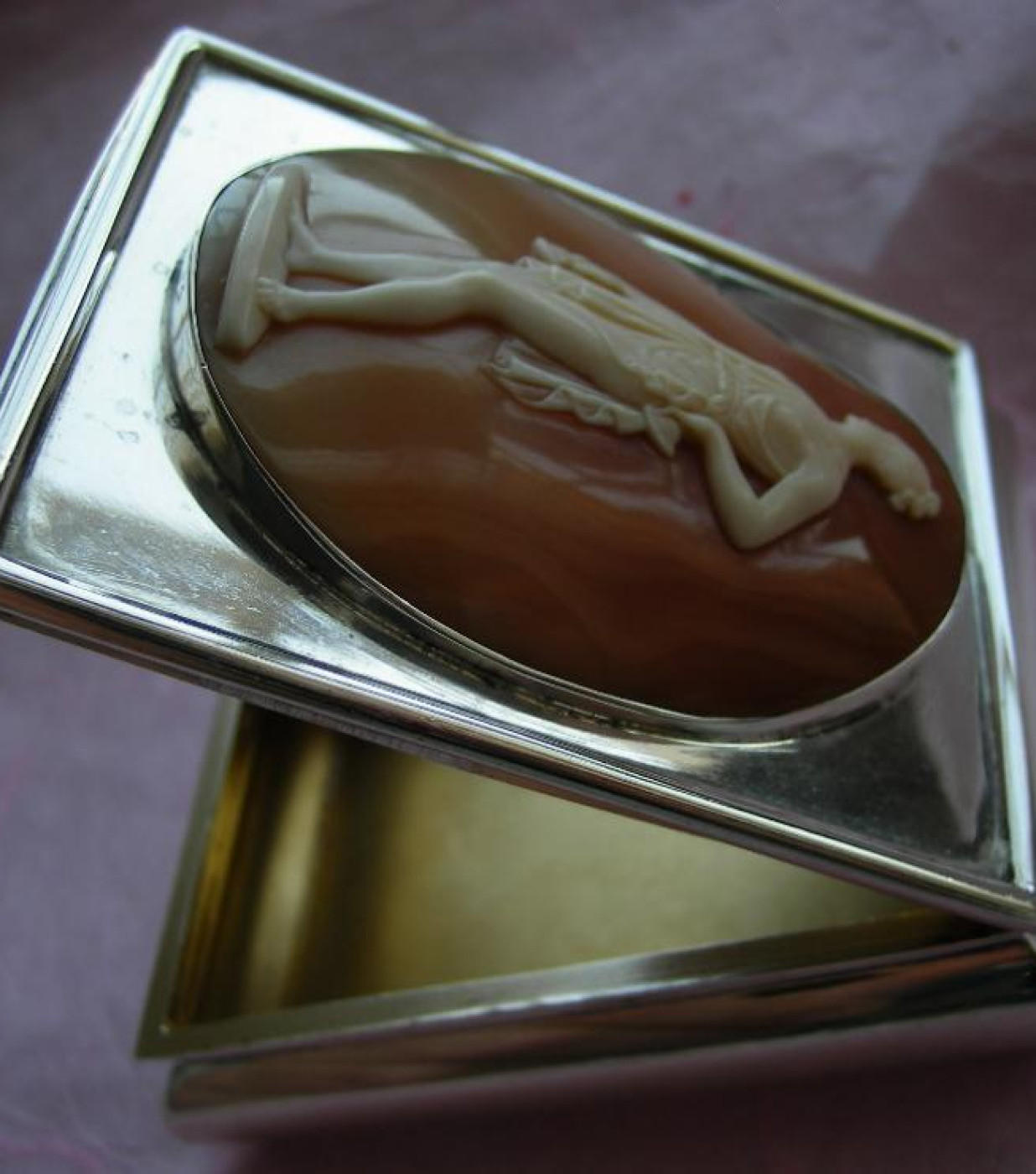 Museum Quality and huge cameo mounted on a silver snuff box. The cameo depicts probablyCybele  (also called Rhea) the Great Mother of the Earth, or a follower of her cult. The little cymbals she's holding are one of the symbols of Rhea (or Cybele, from that name the cymbals are from). The cameo is a museum quality one. It is perfect with no cracks or stress lines. This subject is a very rare one, never seen before now. Everything is so realistic, this cameo seems just like a sculpture.  The pictures speak by themselves. This is another masterly carved cameo. A very desirable collectors piece, rare and museum quality cameo.
A bit of History:
CYBELE was the great Phrygian mother of the gods, a goddess of fertility, motherhood and the mountain wilds. Her orgiastic cult dominated the central and north-western districts of Asia Minor, and was introduced into Greece via the island of Samothrake and the Boiotian town of Thebes. Cybele was closely associated with a number of Greek goddesses, firstly Rhea, the Greek mother of the gods (Meter Theon), but sometimes also Demeter (especially in the Samothrakian cult), Aphrodite (on Mt Ida) and Artemis (in Karia).