Cameo of Queen Elizabeth the 1st 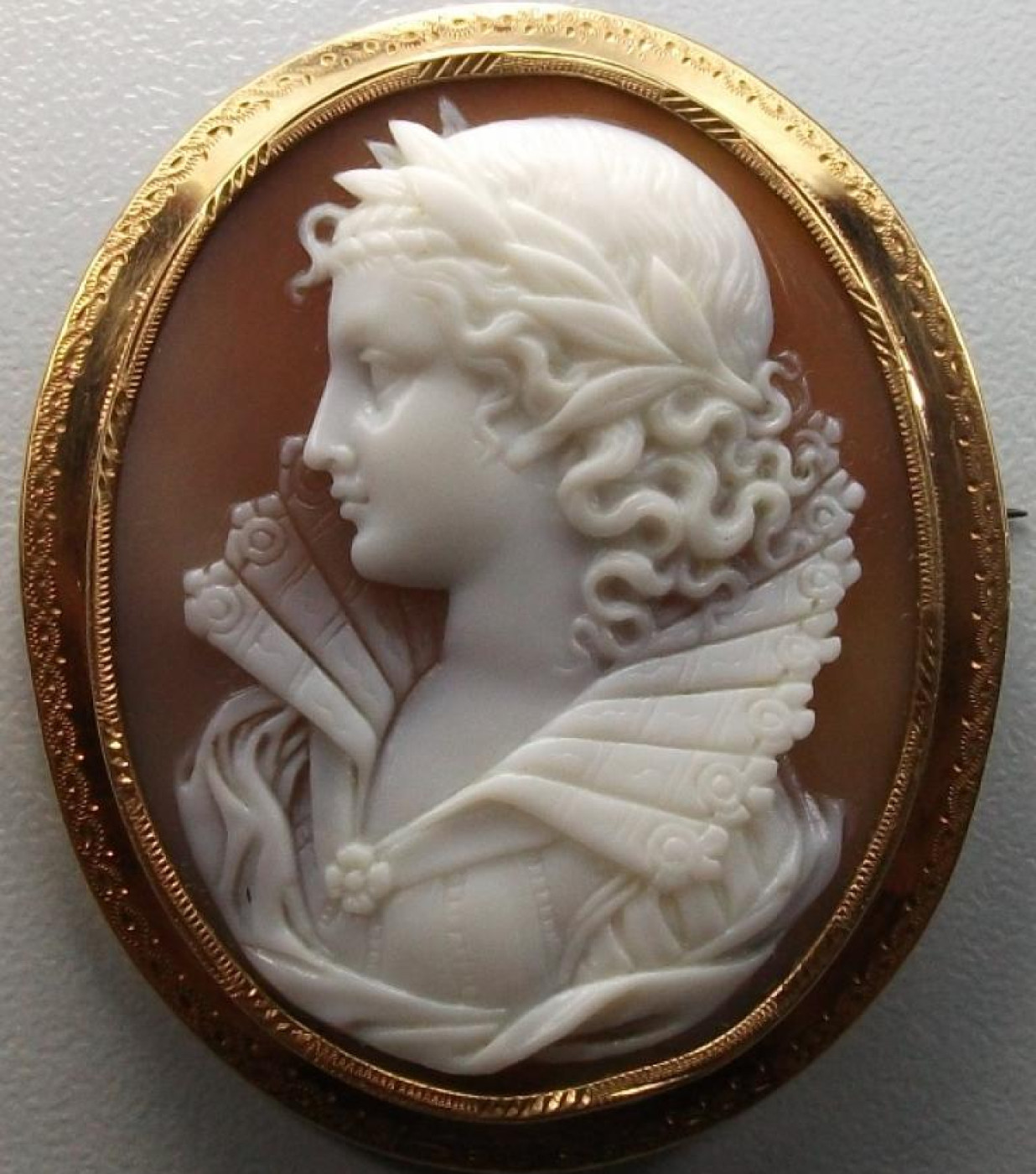 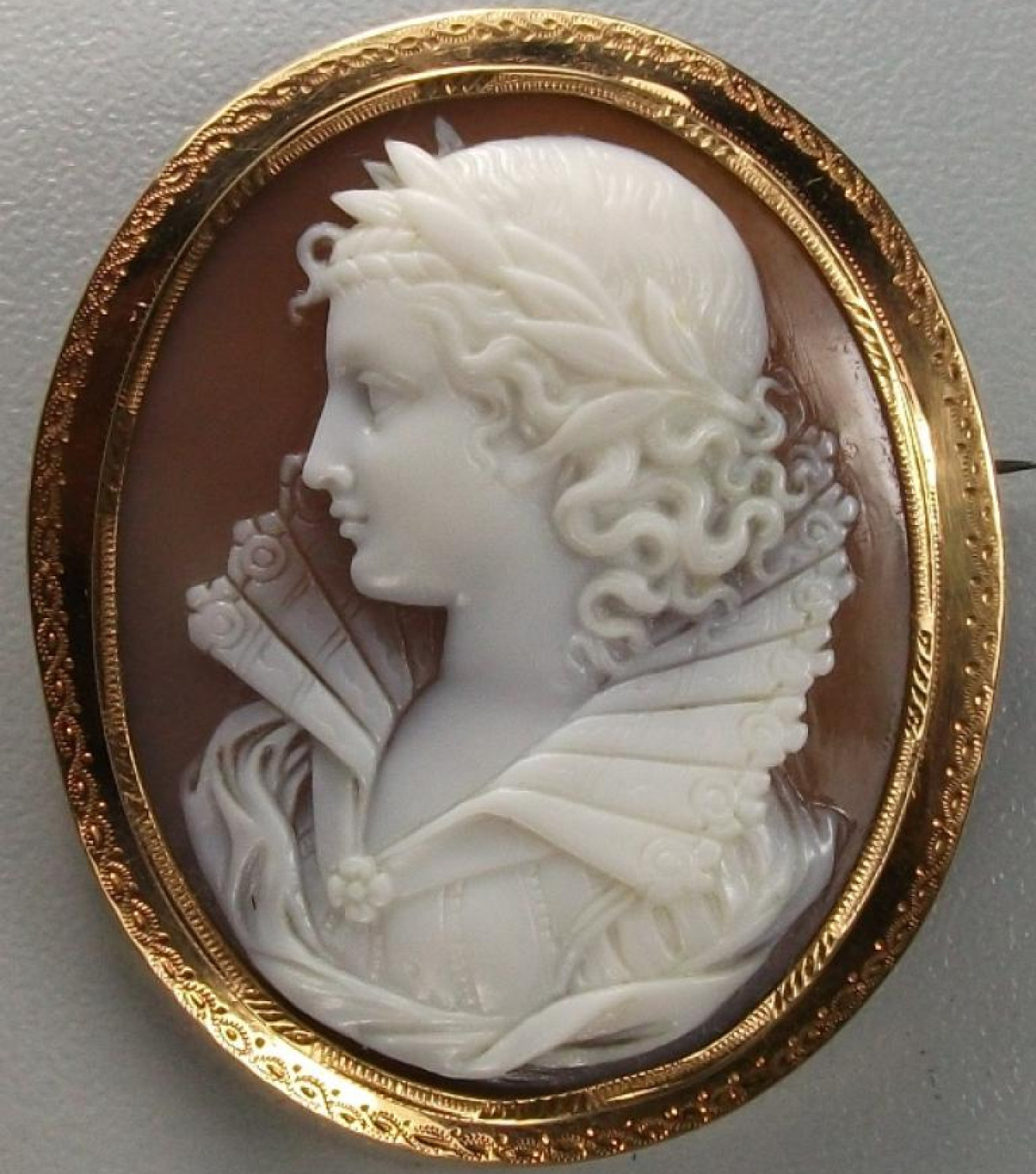 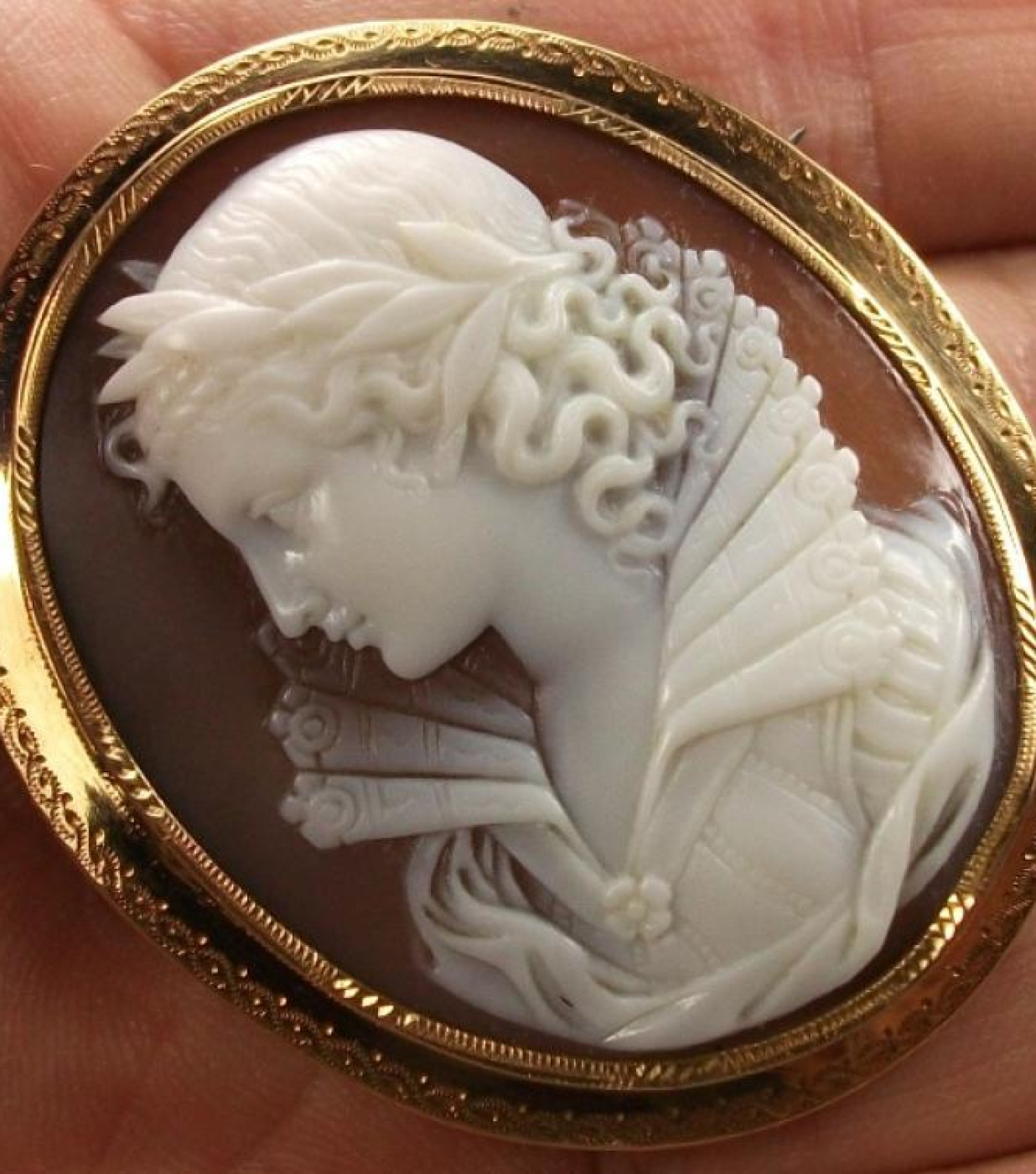 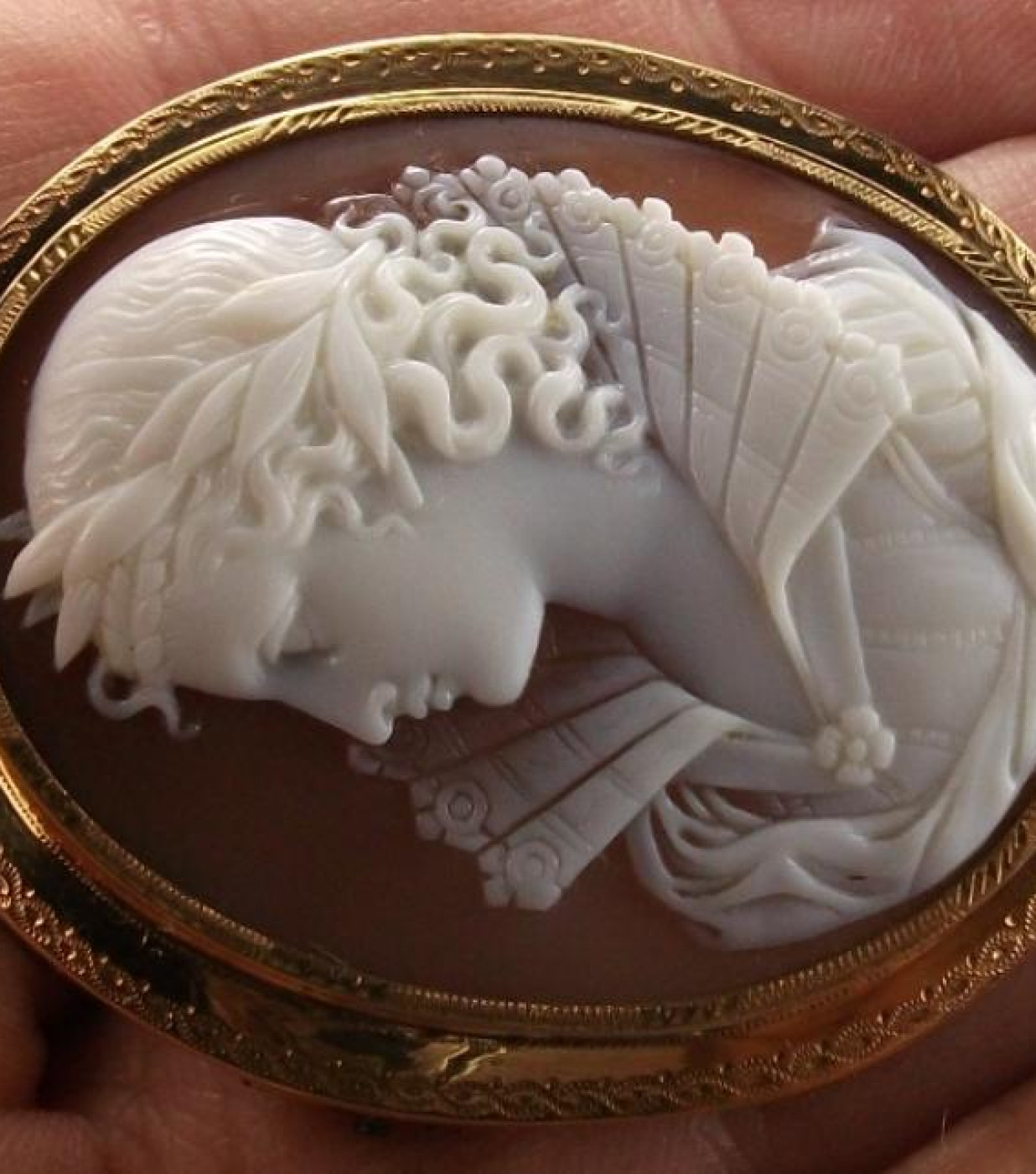 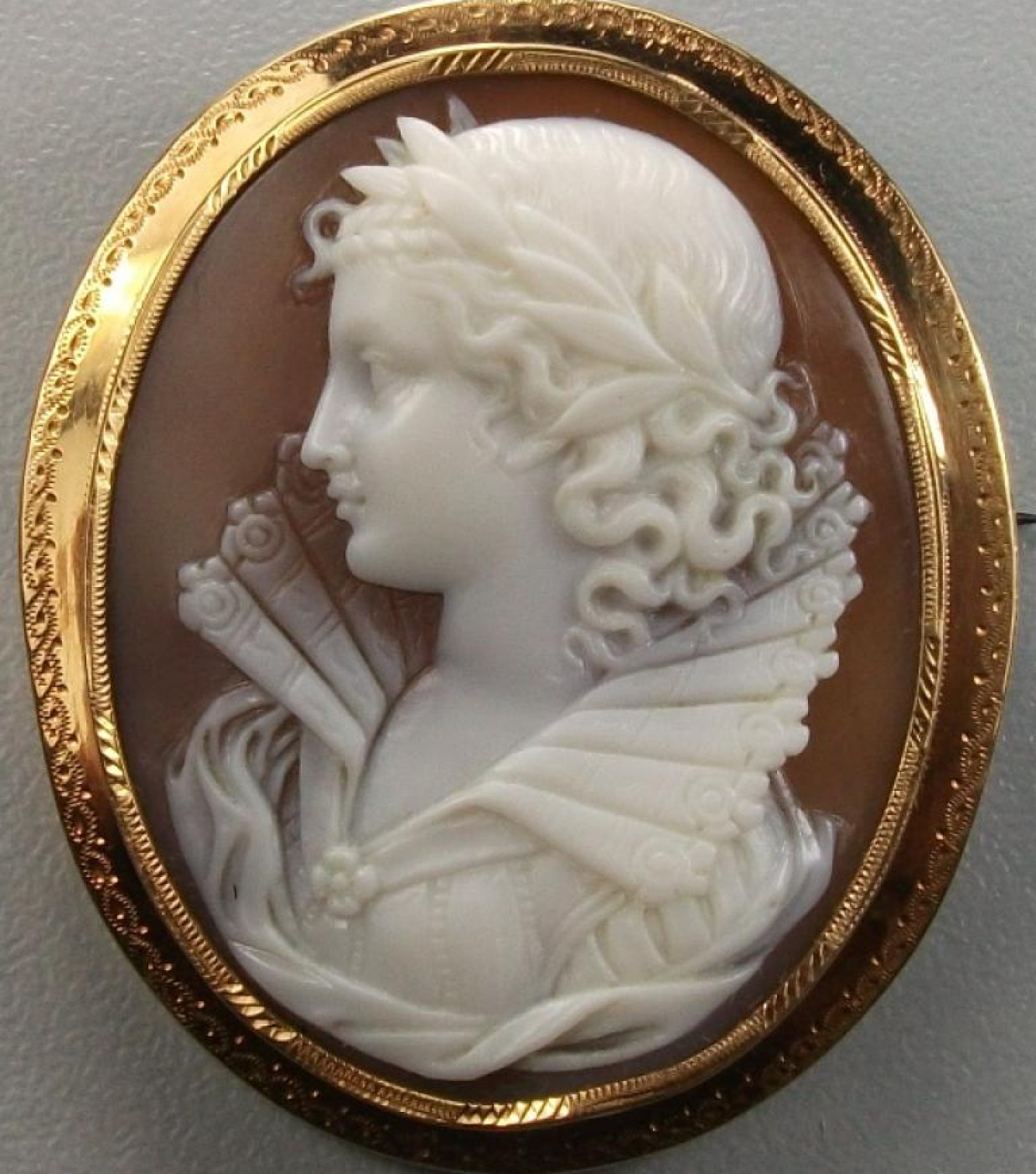 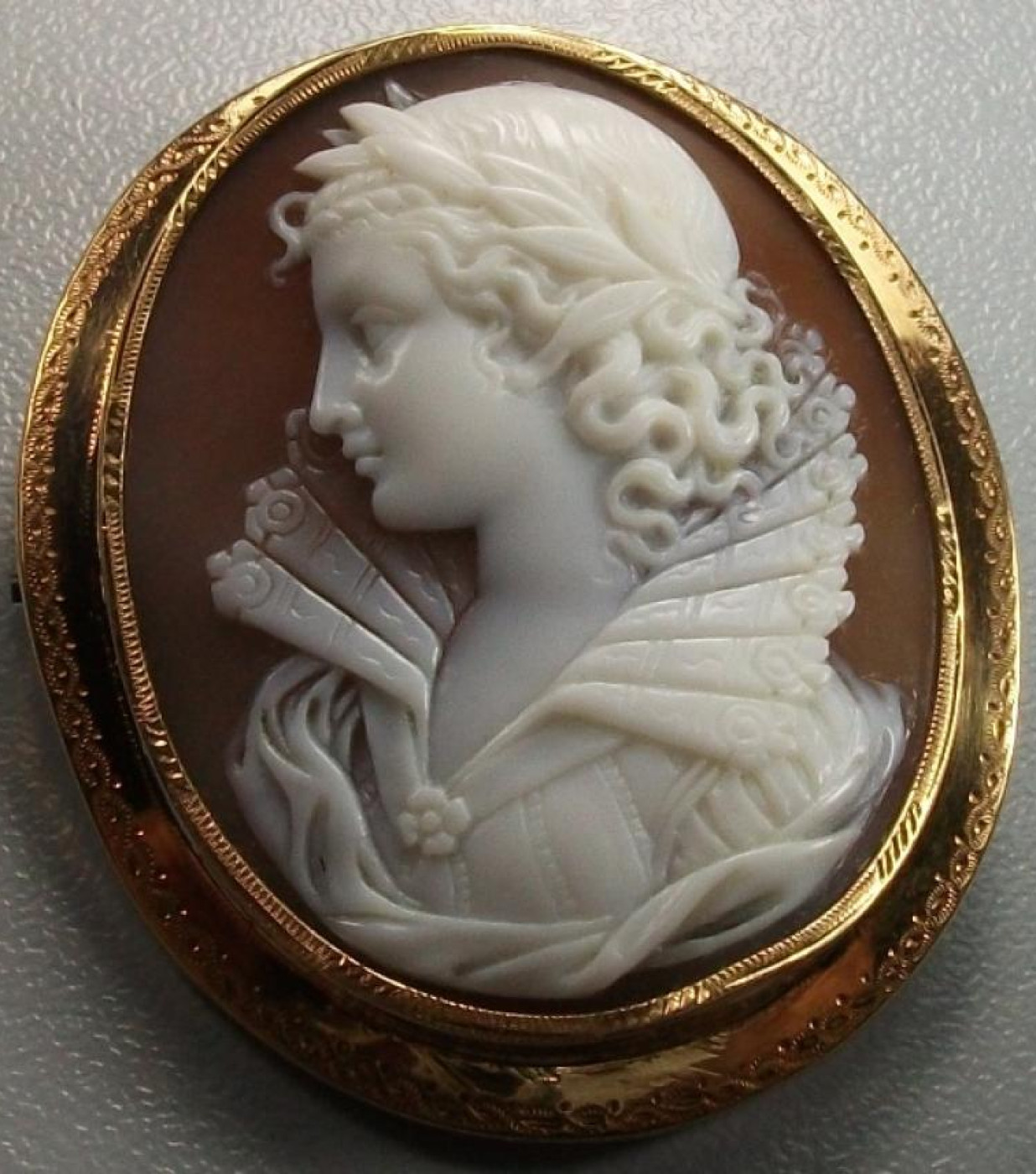 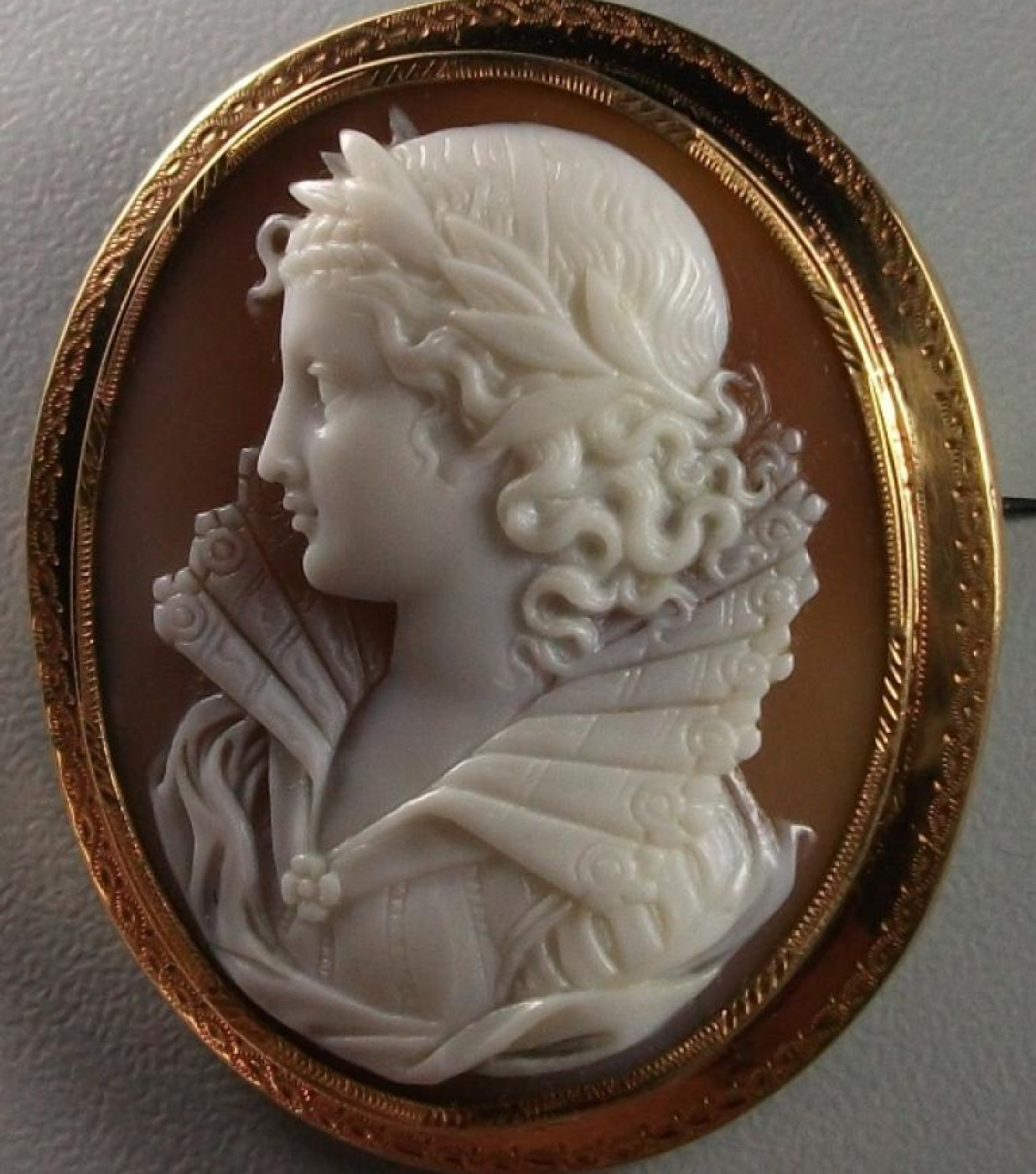 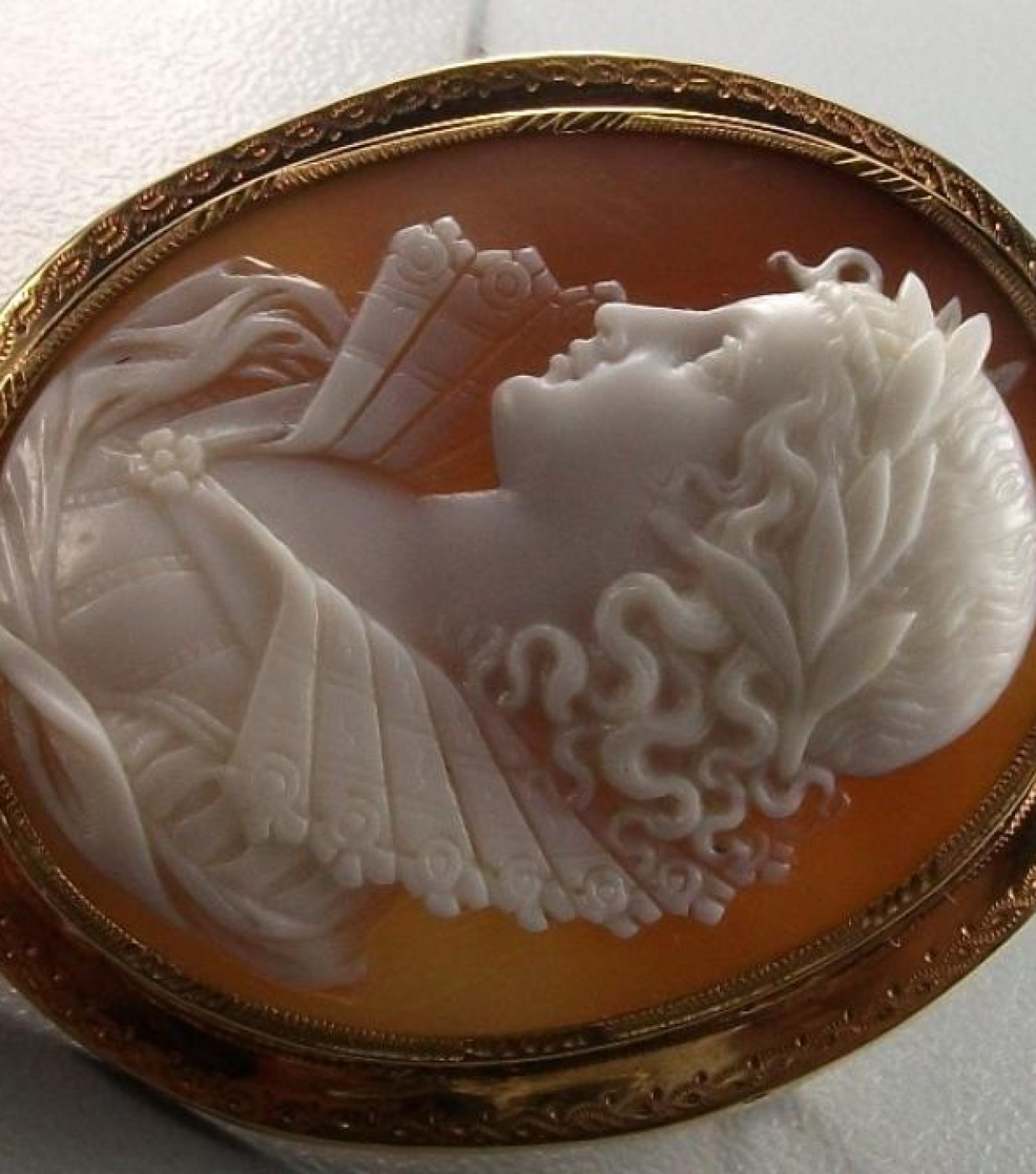 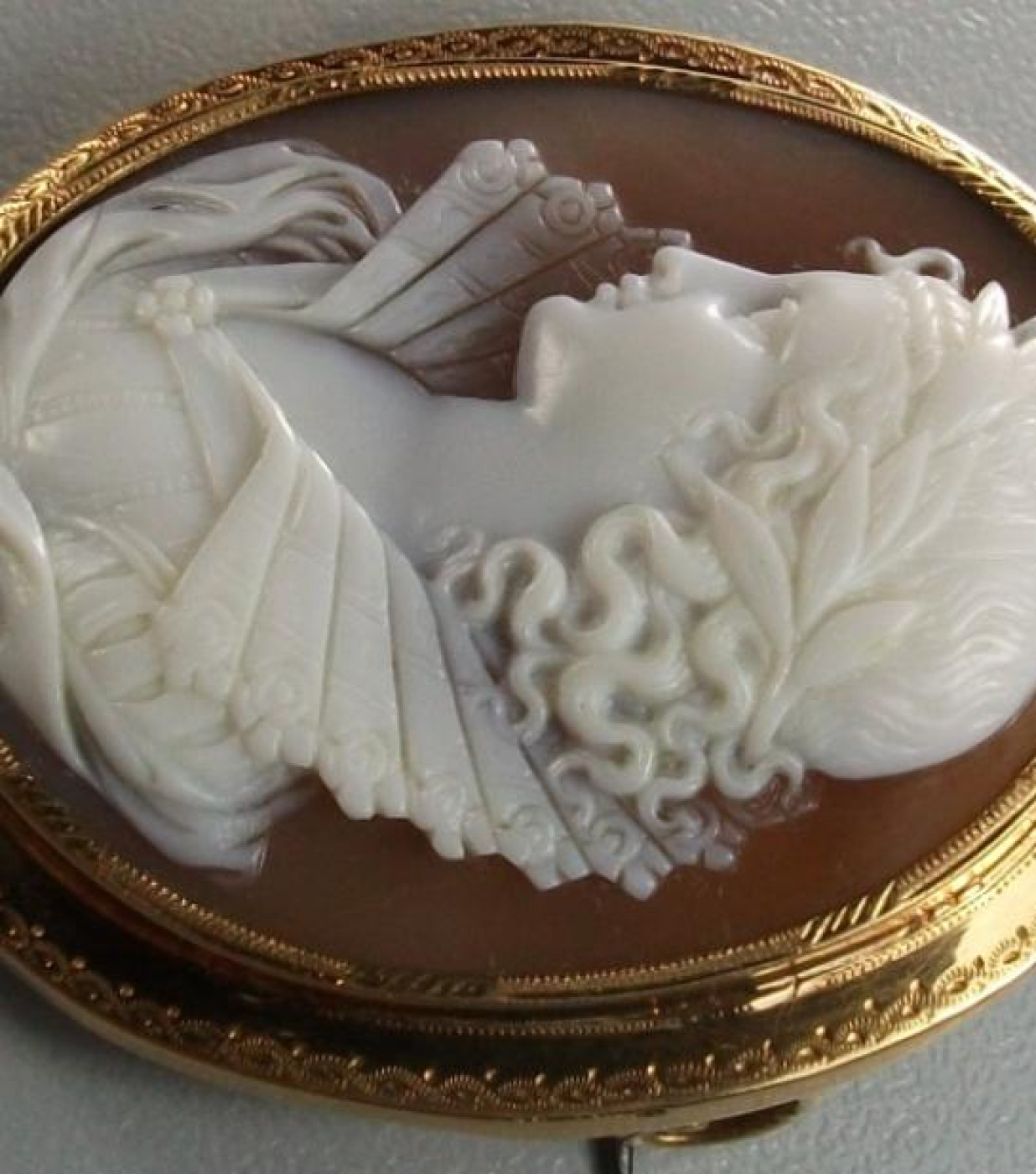 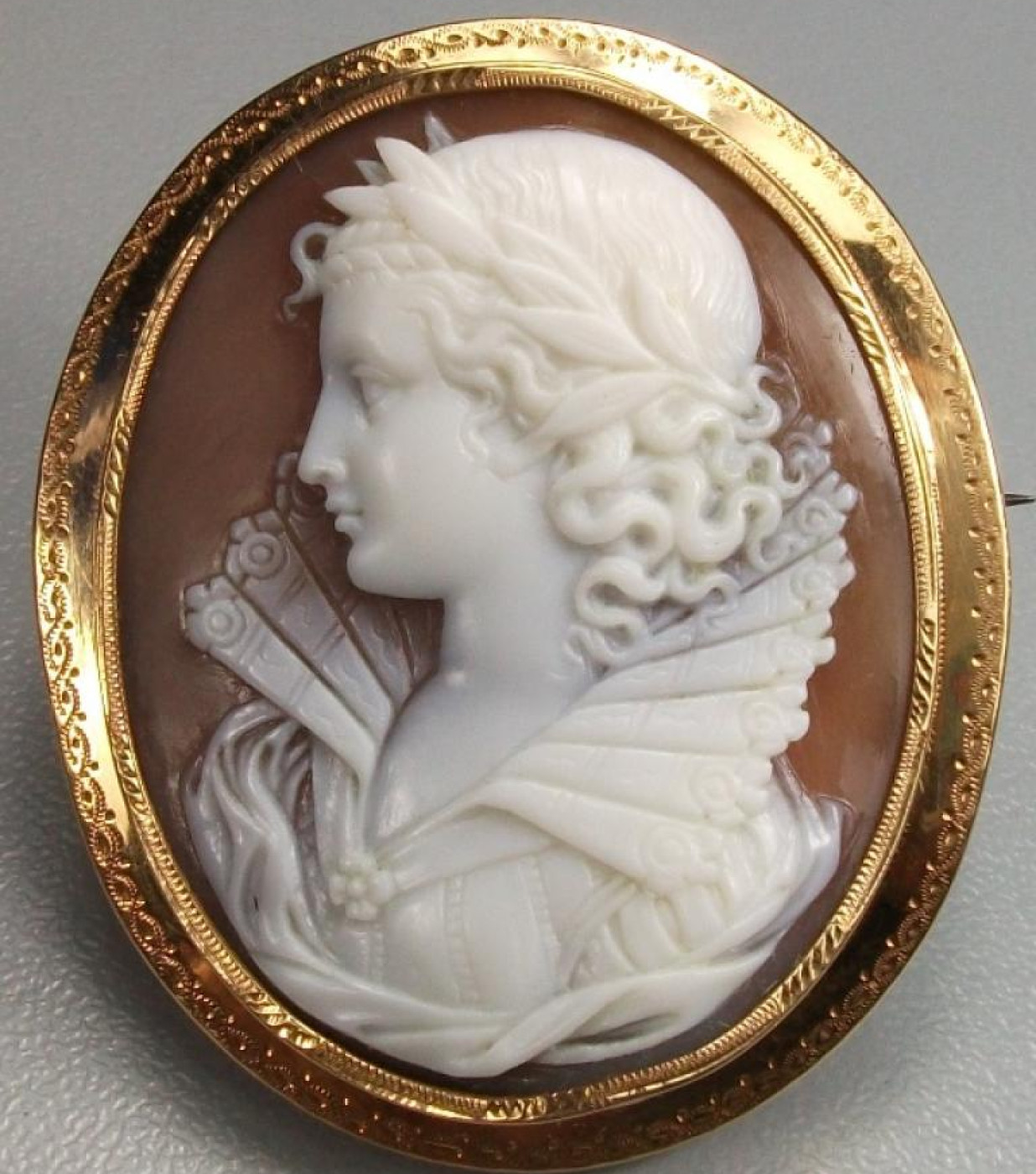 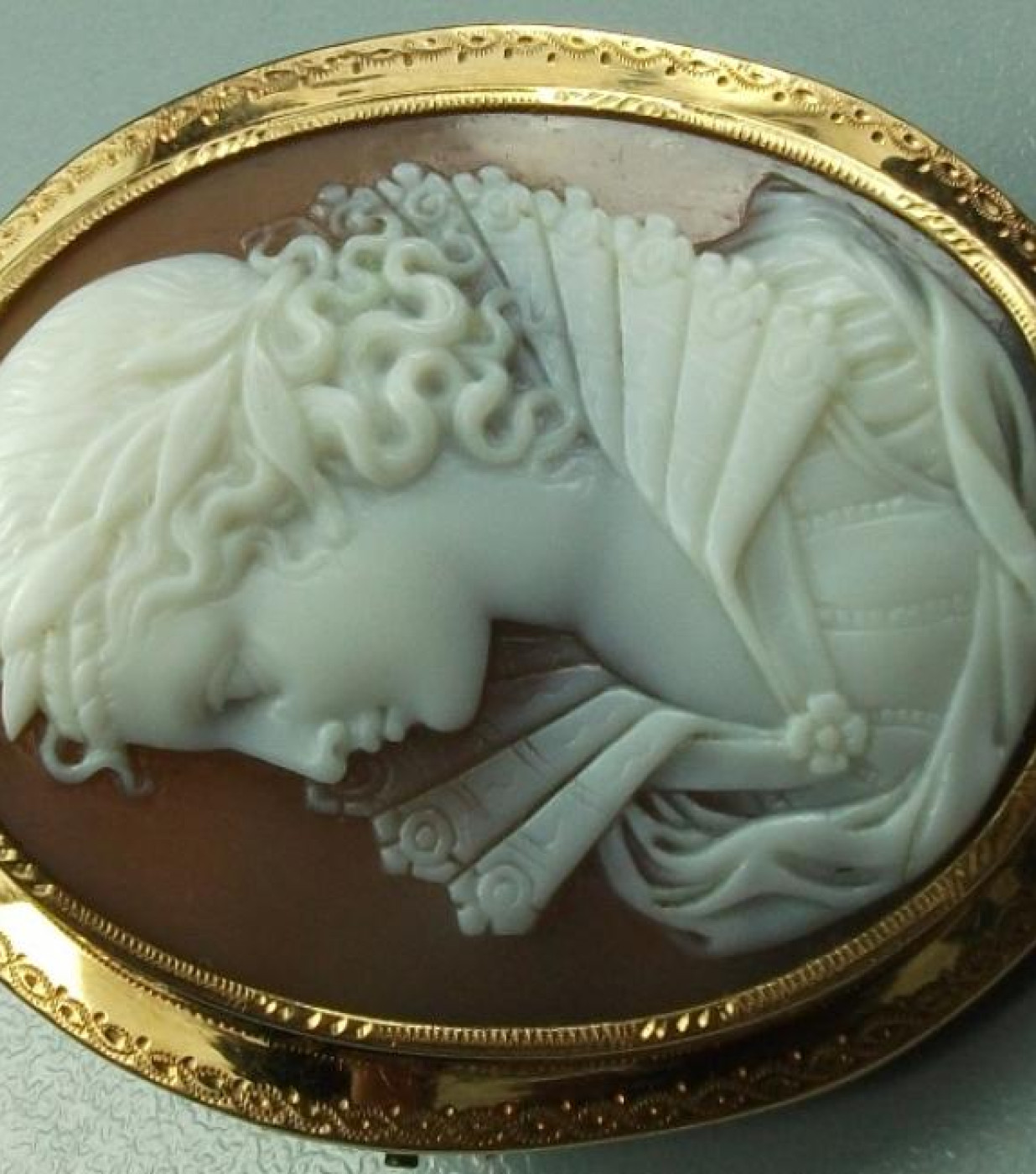 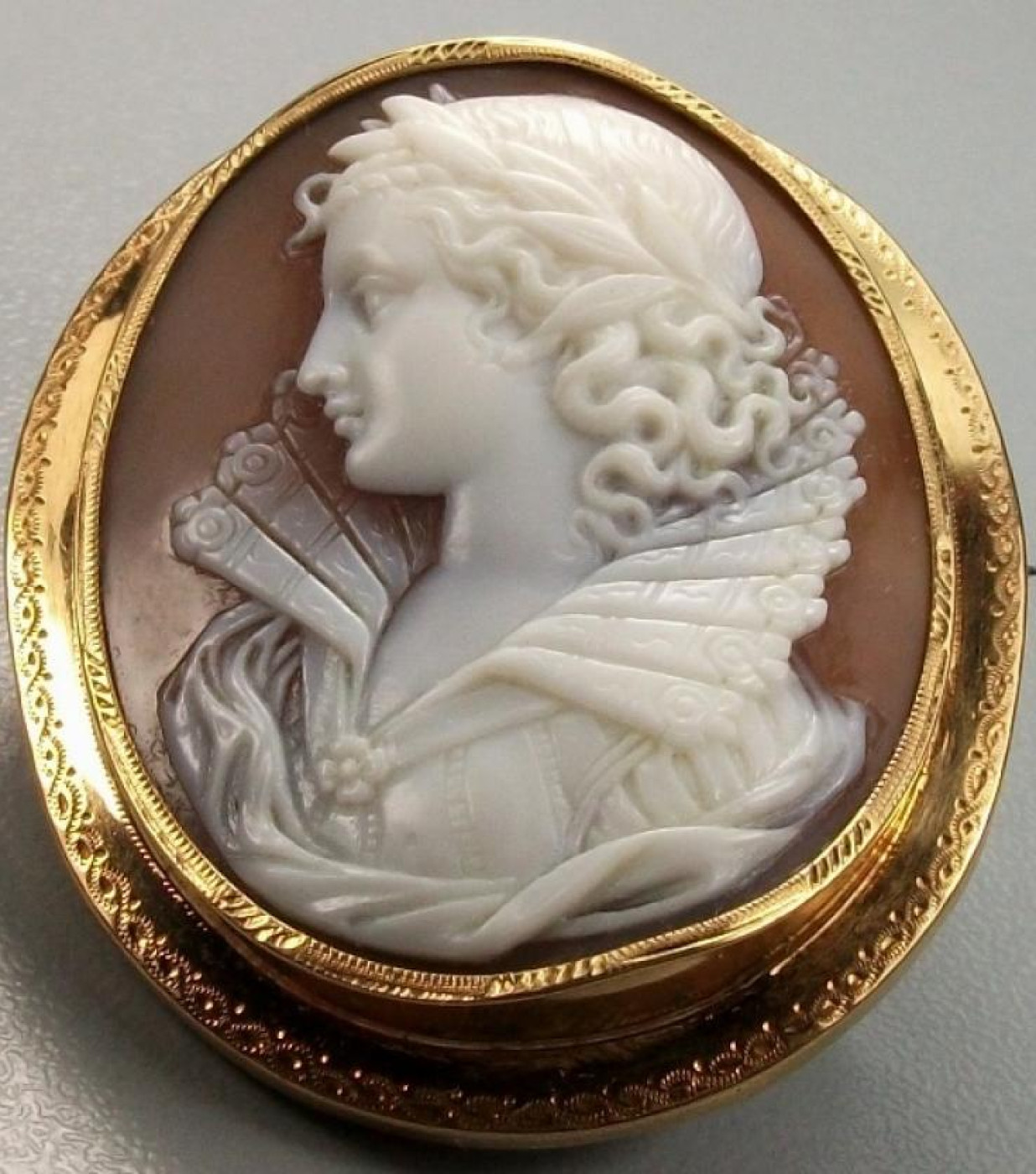 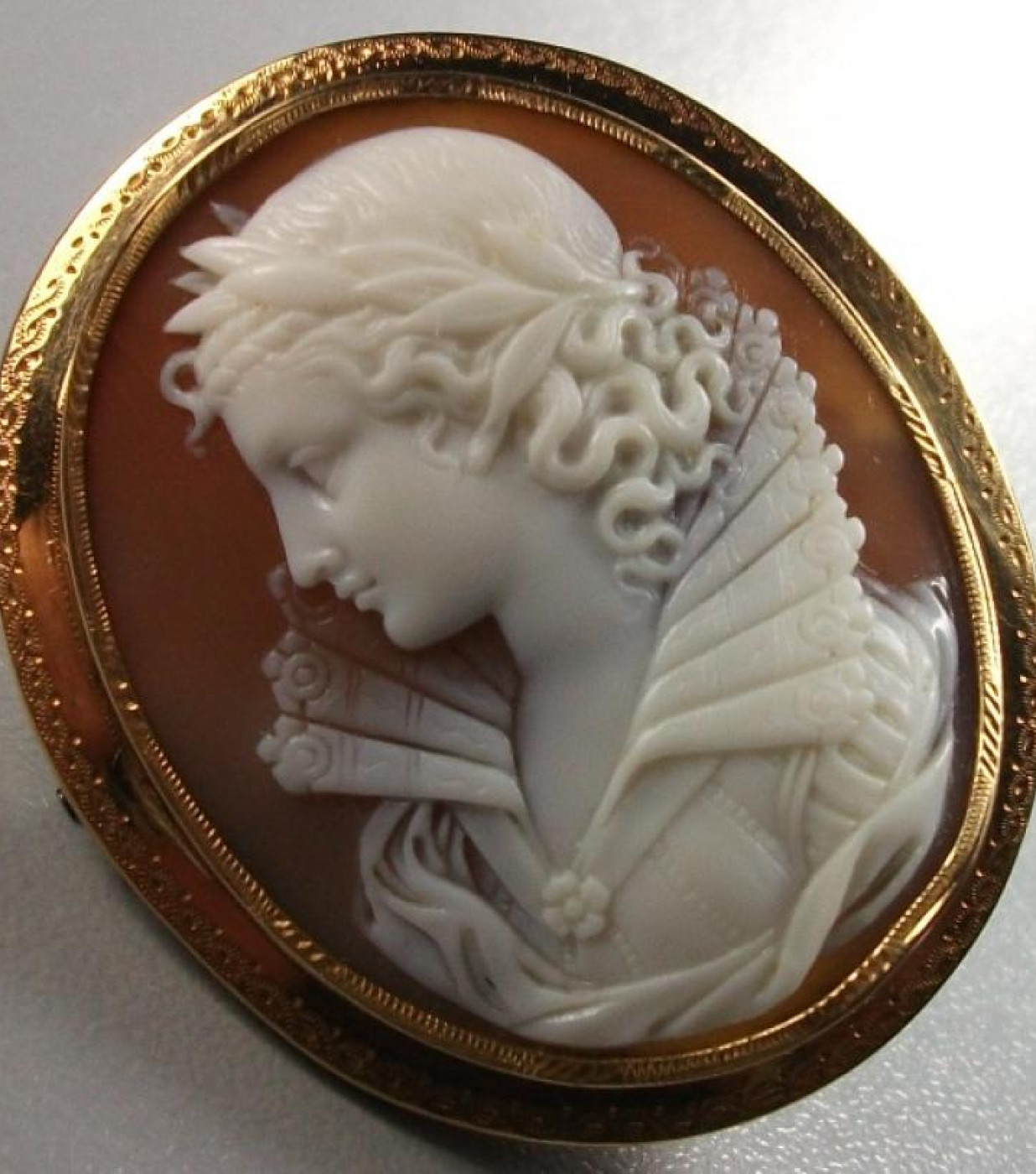 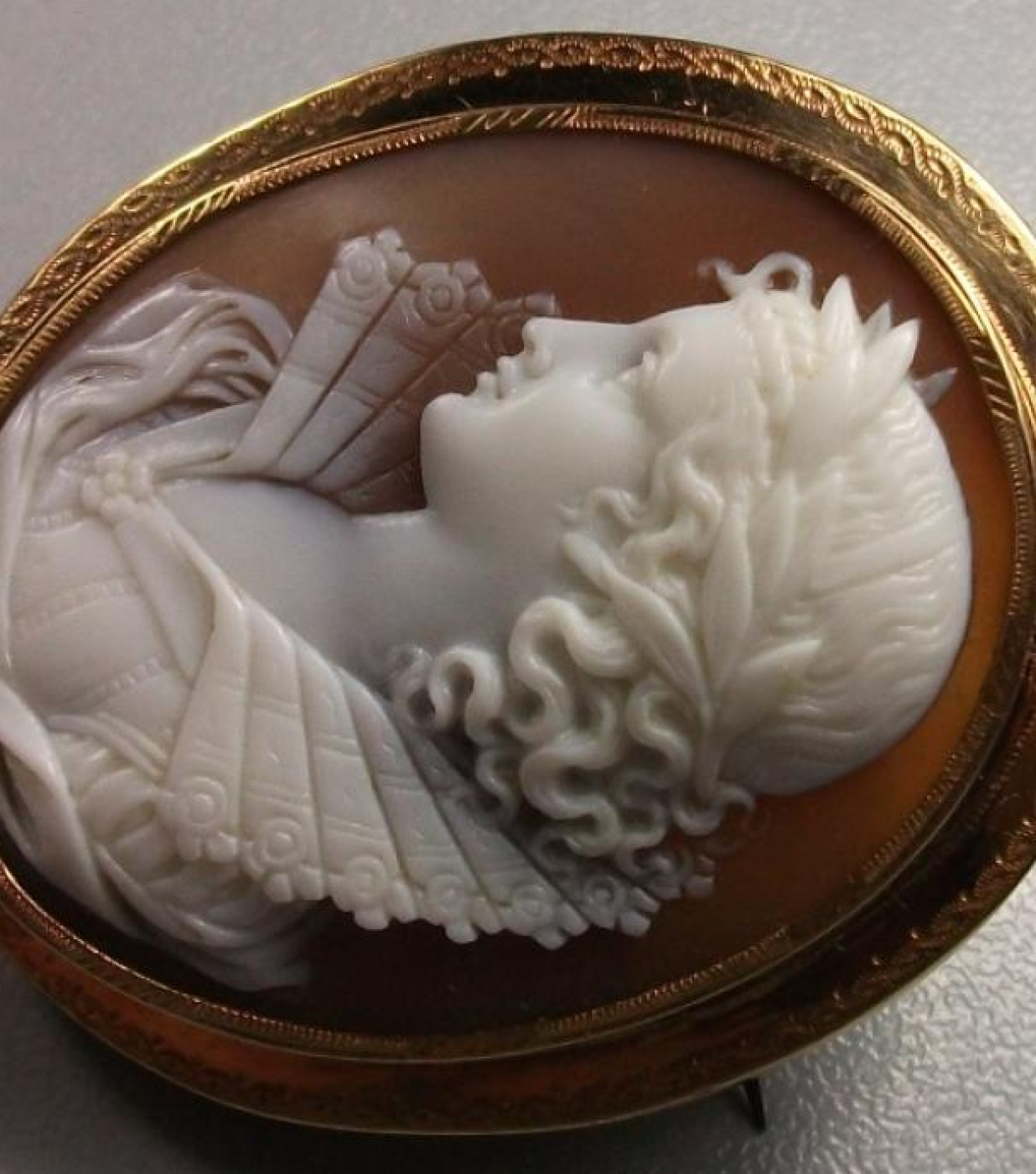 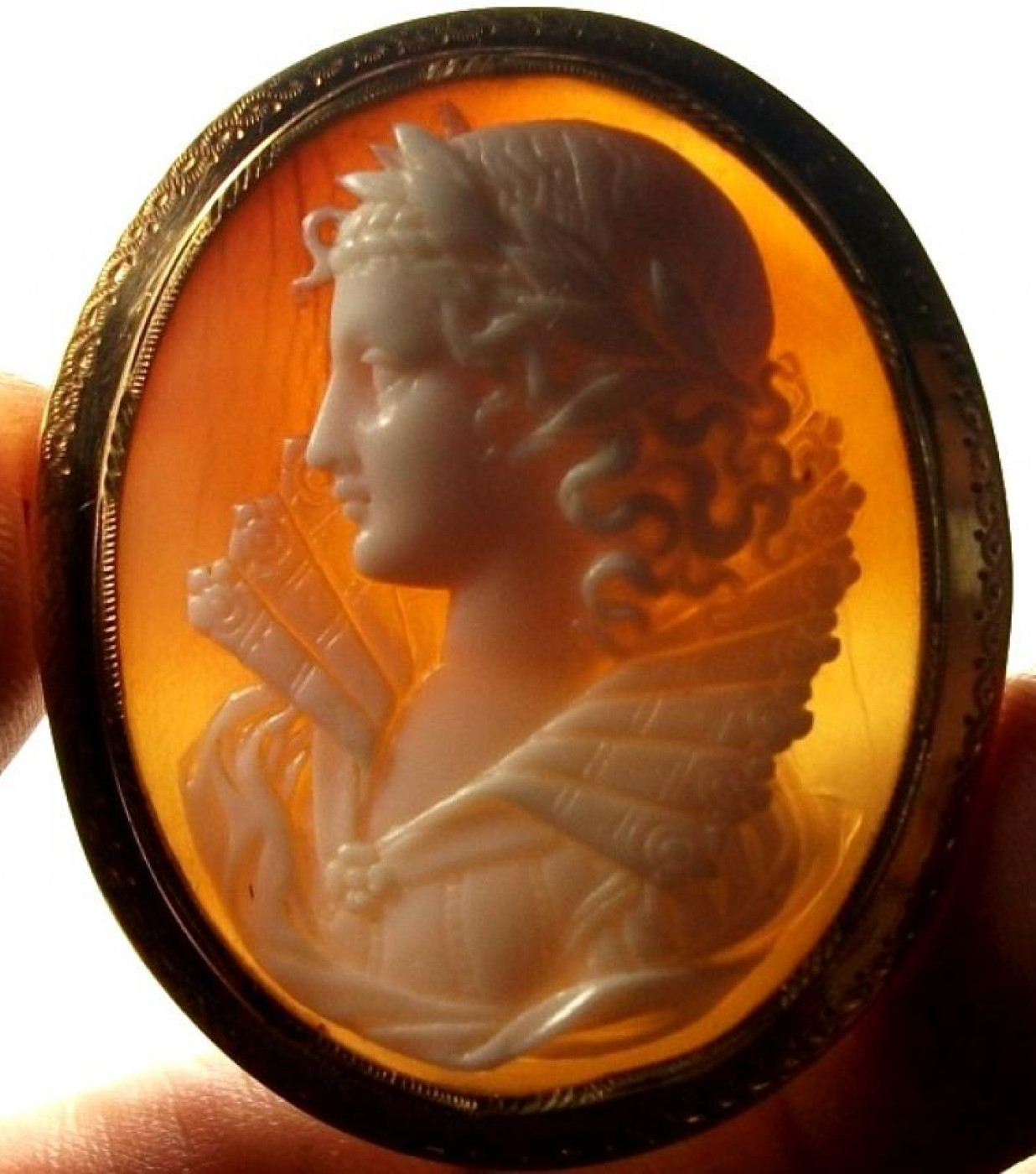 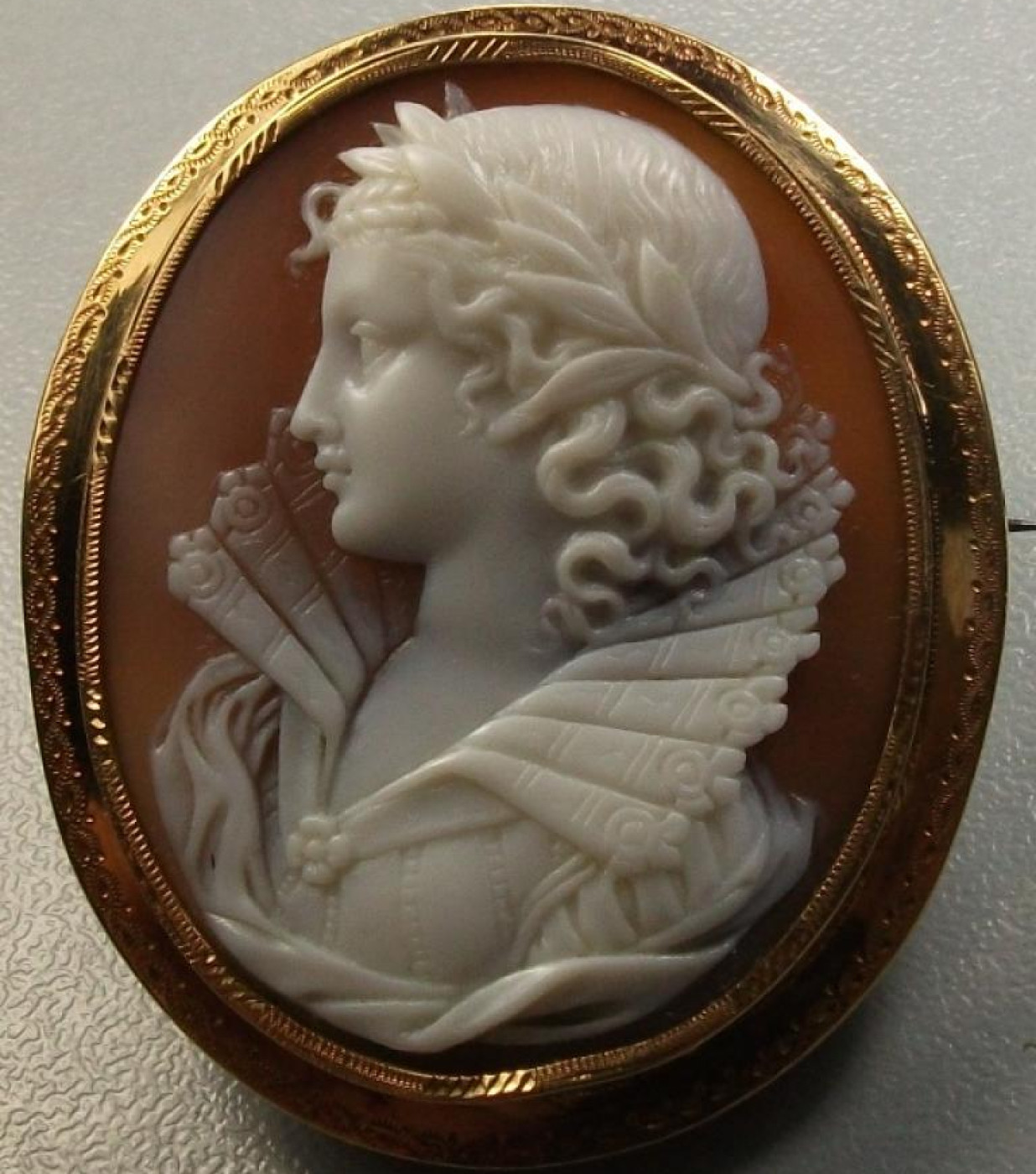 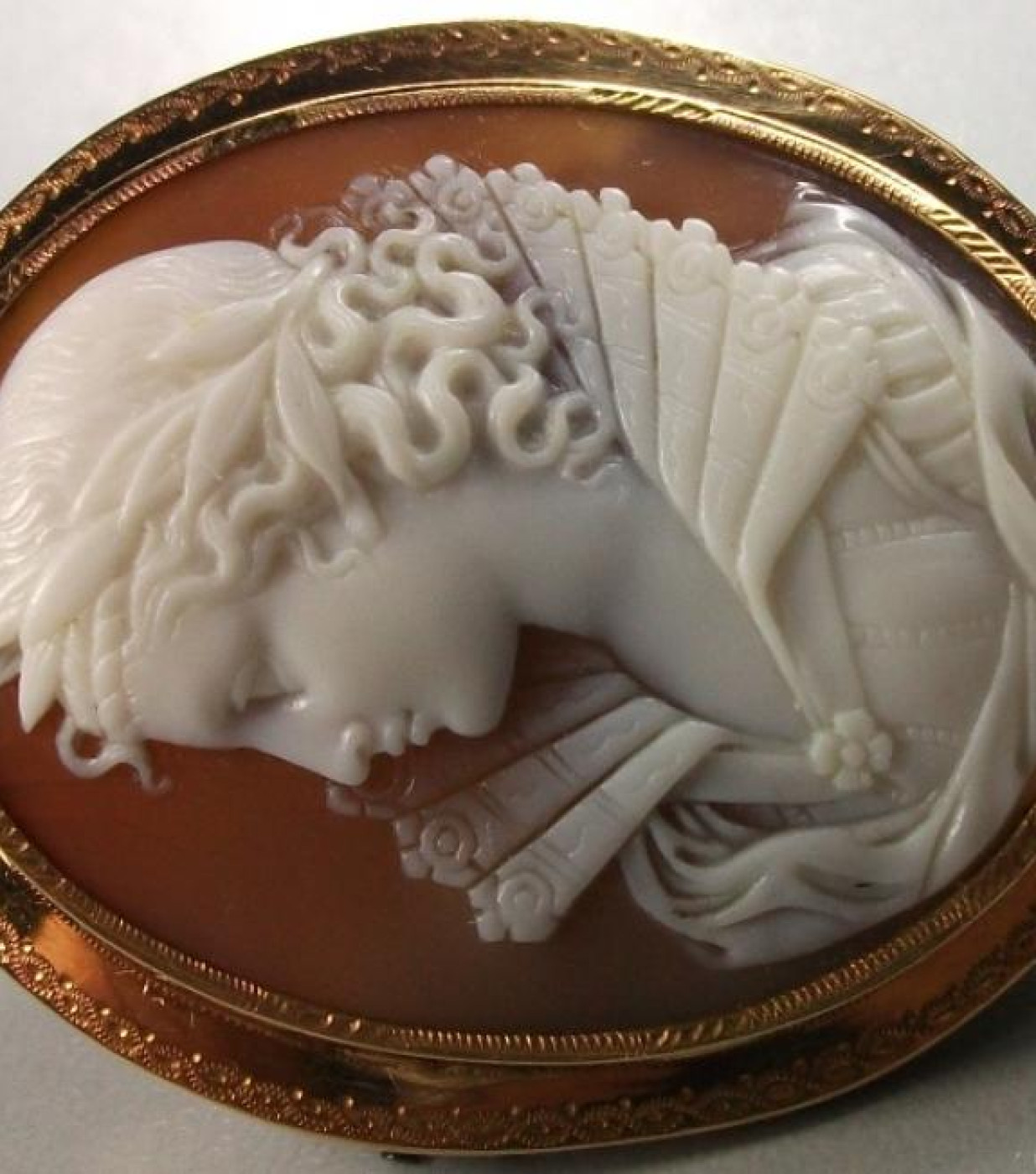 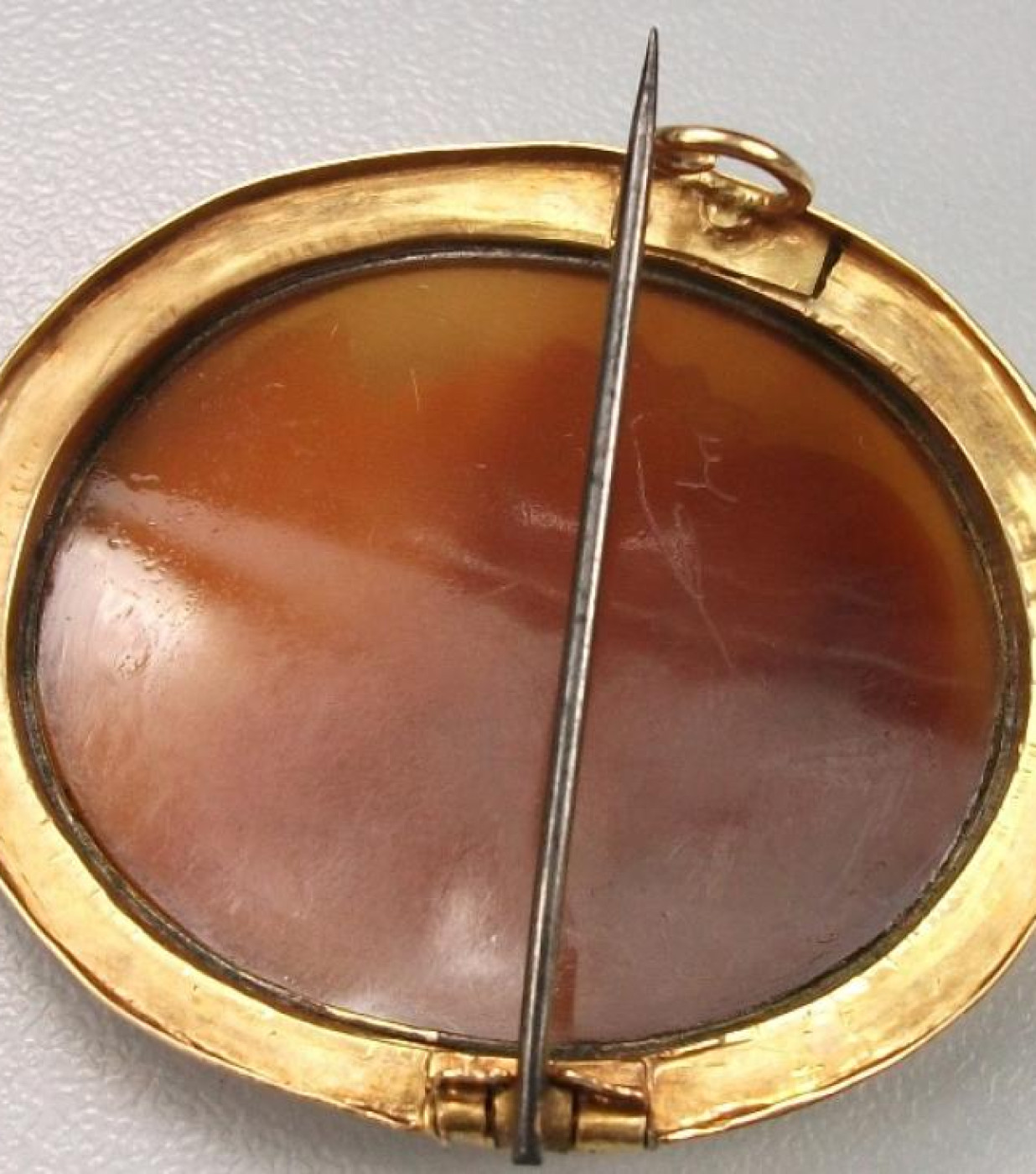 Museum quality cameo depicting a Renaissance Queen, I think it could be a depiction of Elizabeth the 1st. Her dress is just in the style of that era, Queen Elizabeth is often depicted with her hair plaited on her forehead, as can be seen in this cameo, more she was famous to be a patron of arts and for this reason she's wearing a laurel crown. Of course I can't be sure of this but many clues in this cameo make me think of her. A perfect carving, which can't be appreciated from the pictures that really give not any justice to this cameo. Carving is crisp and clean and the traits are perfectly sharpened. The frame too is lovely, decorated on the edges and chiselled everywhere. Another wonderful cameo for the joy of all the collectors.  The carving on this cameo is truly fine, look at the care which the carver had for the details of the dress which is spectacular. The high collar, typical of the Elizabethan era, is so intricately carved that it seems real. The beautiful decorations engraved on the dress, like the flower on her breast, complete the perfect Elizabethan look of the dress. Her hairstyle is superbly made. Queen Elizabeth (?) is beautiful, her expression is so sweet and her facial features pretty.  Every detail is perfectly rendered.  The stunning and heavy gold frame, which is a real artwork, completes this cameo perfectly.  A fantastic cameo to not to be missed.