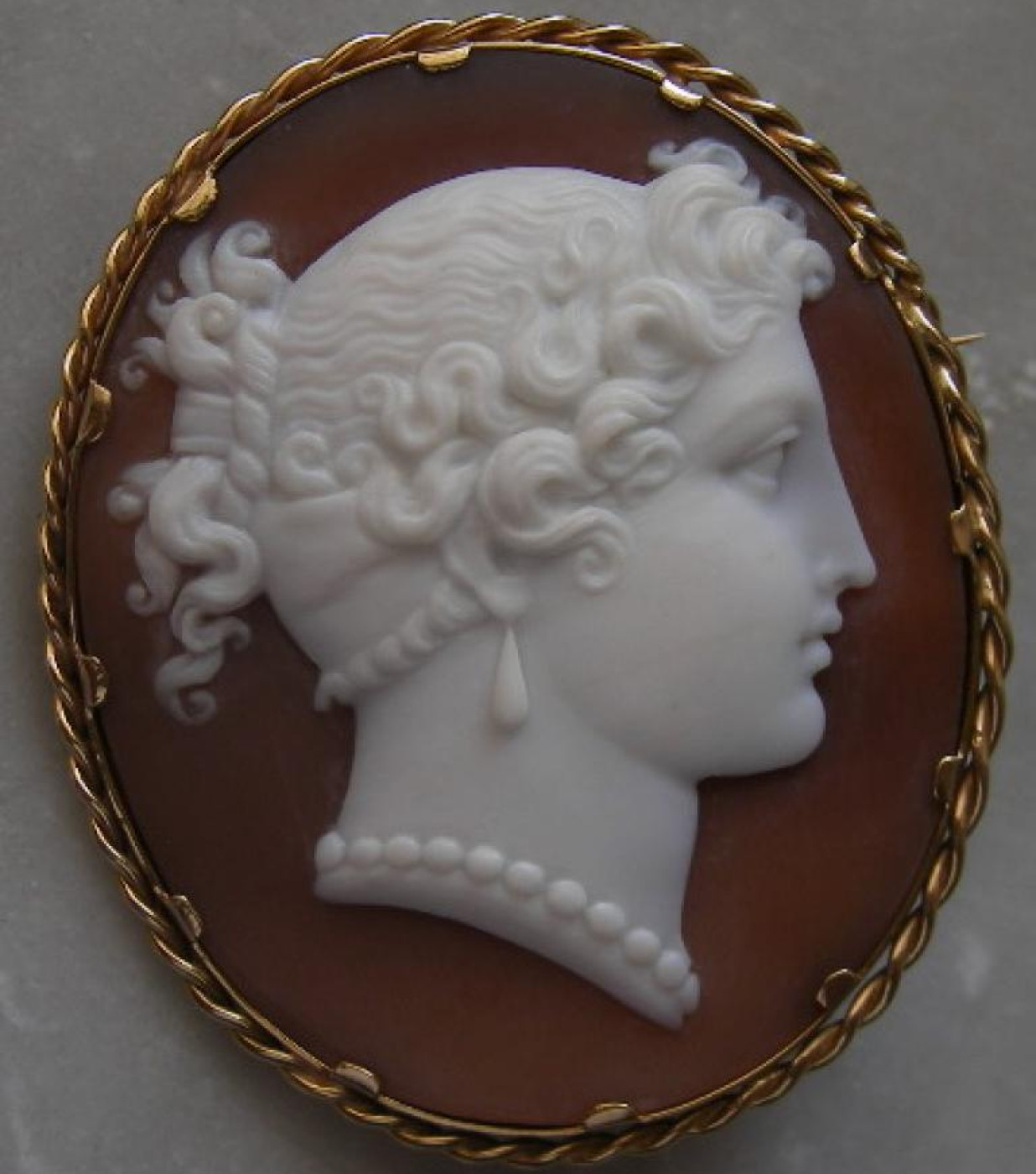 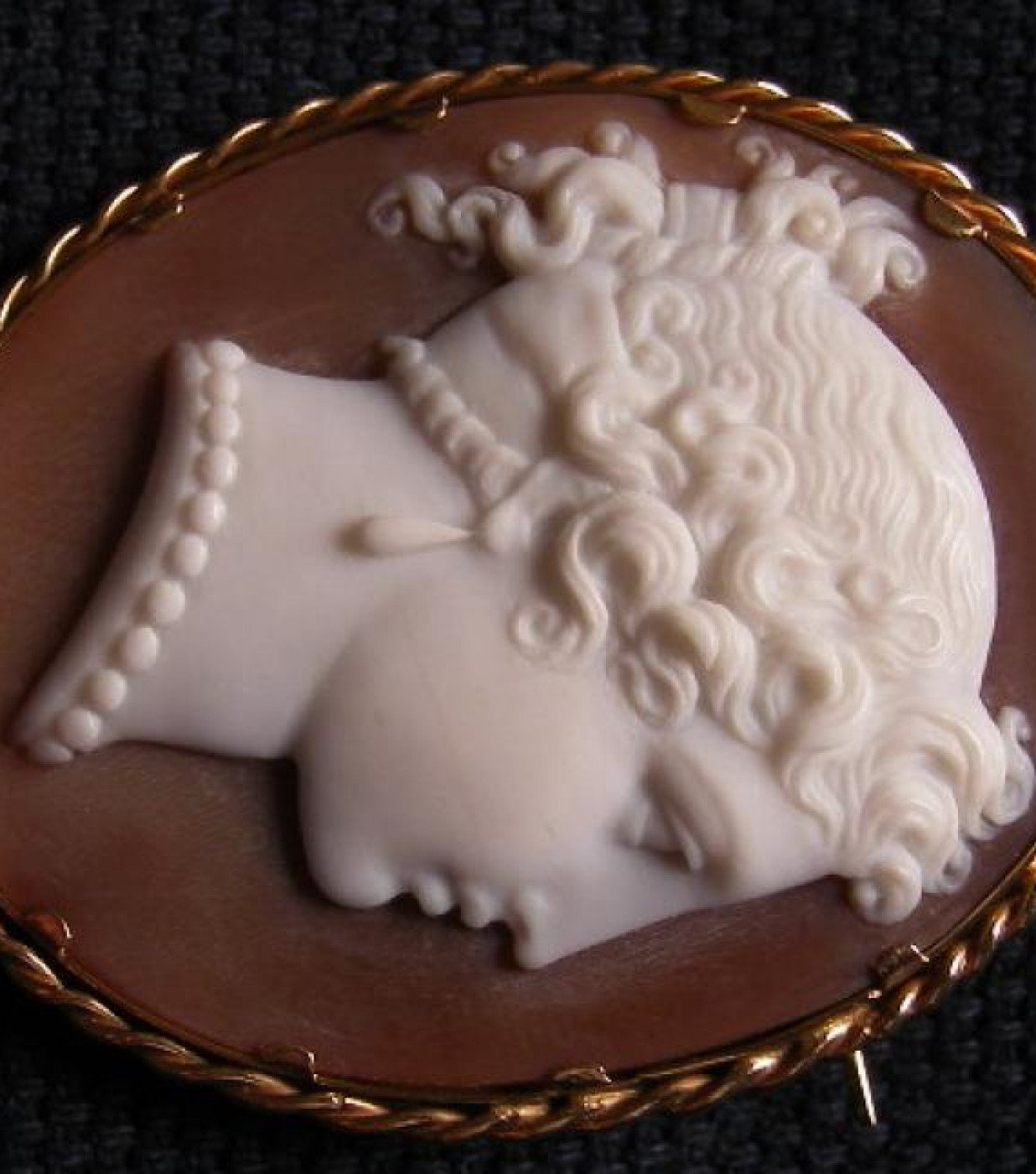 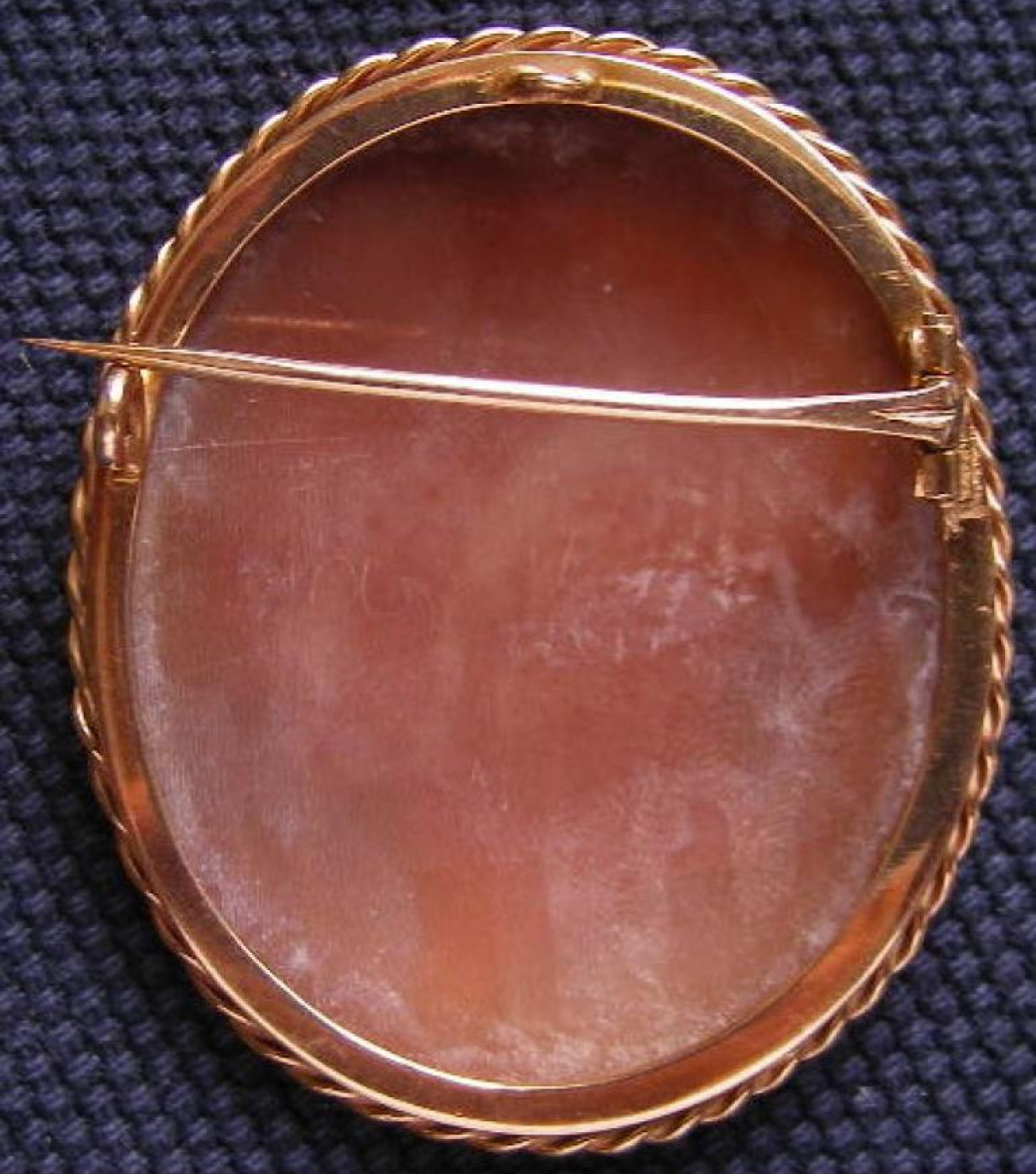 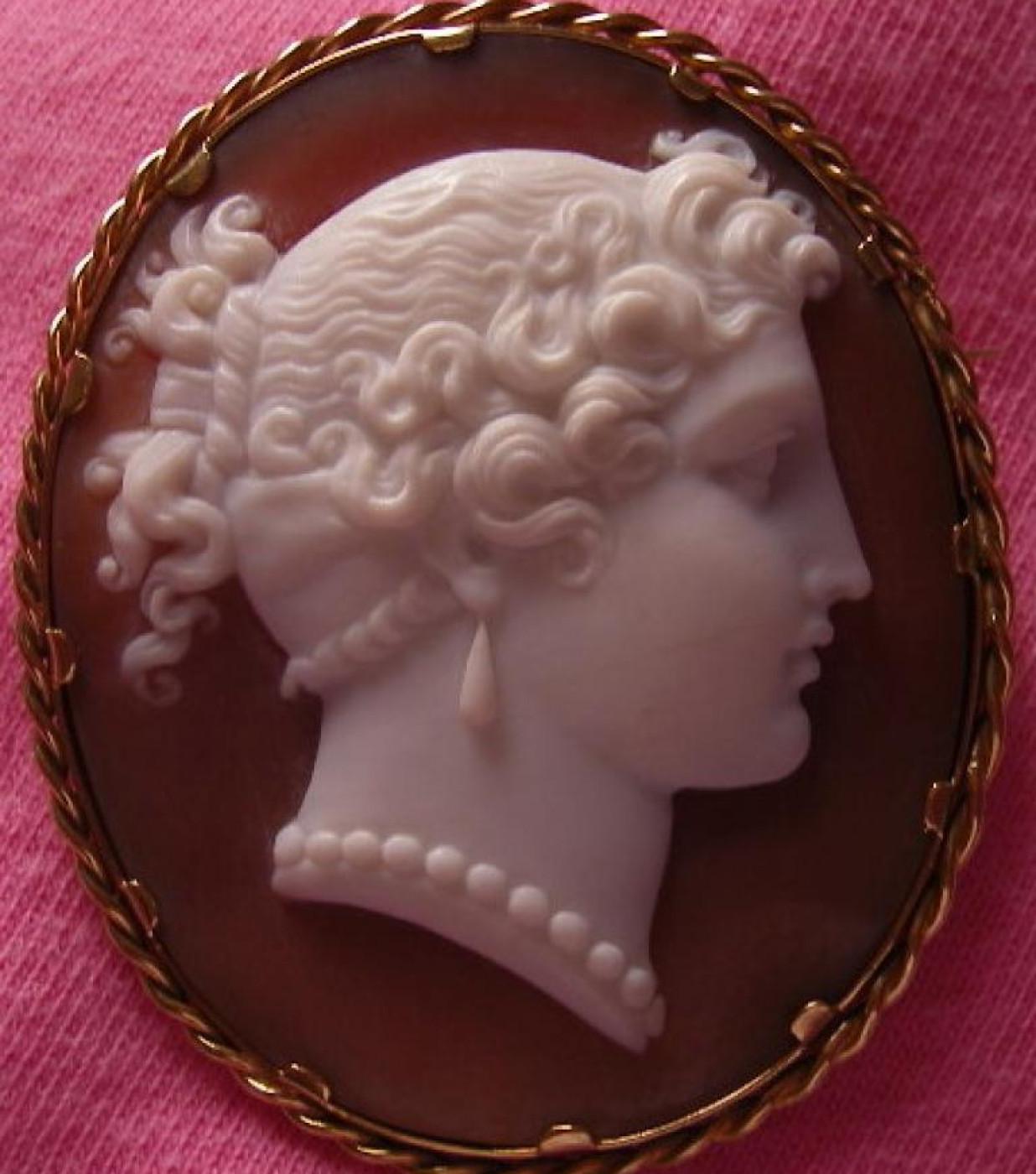 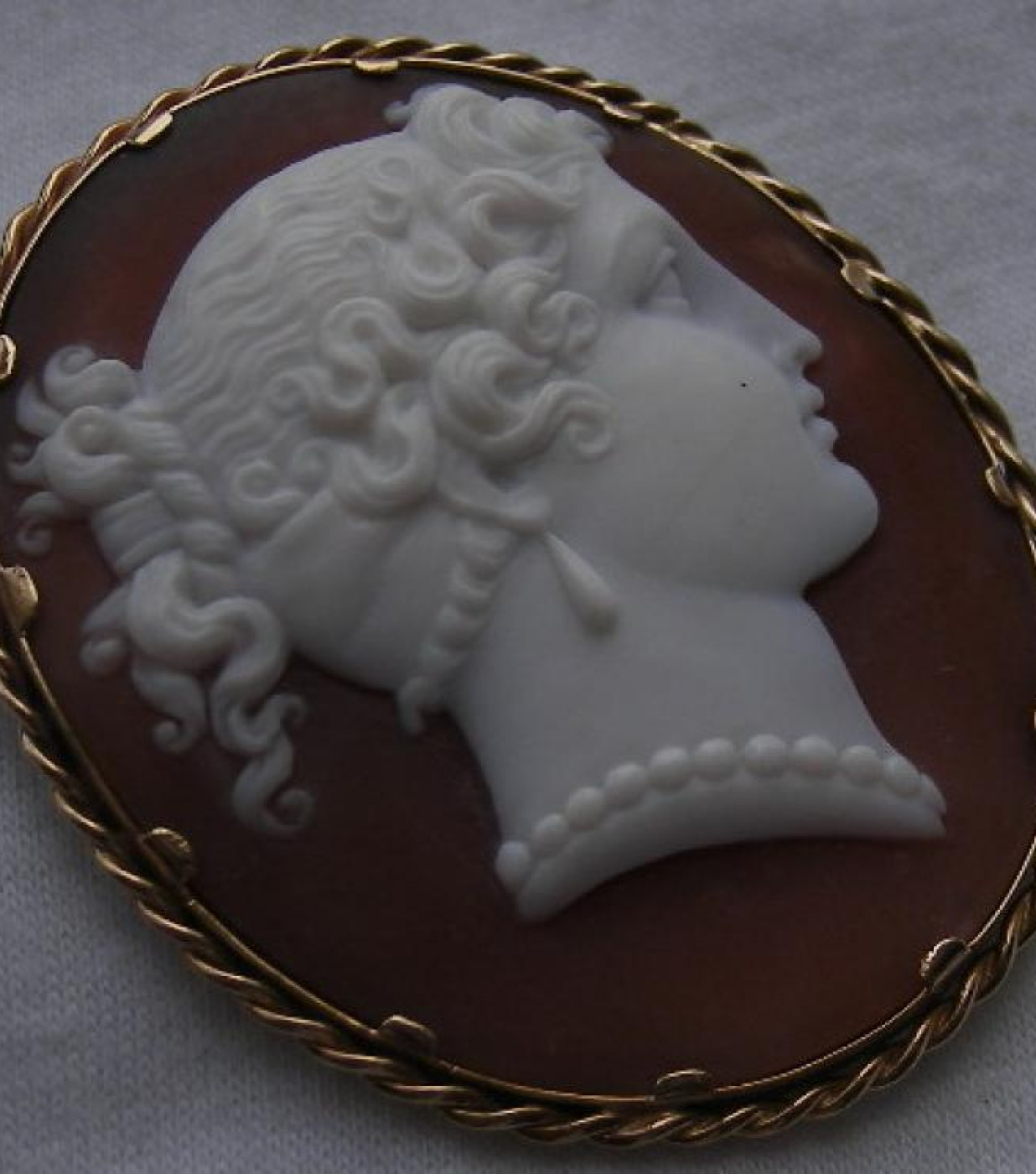 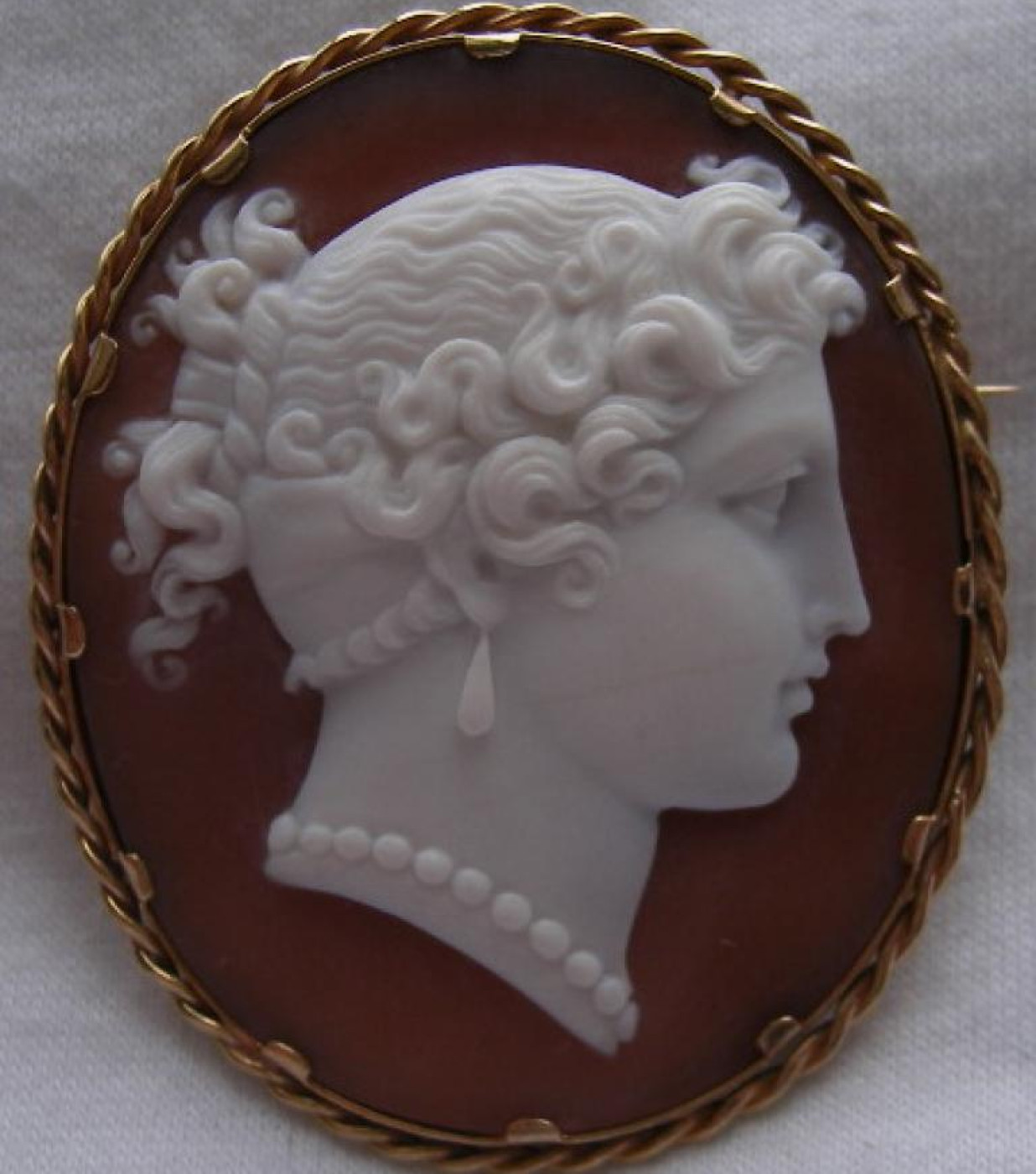 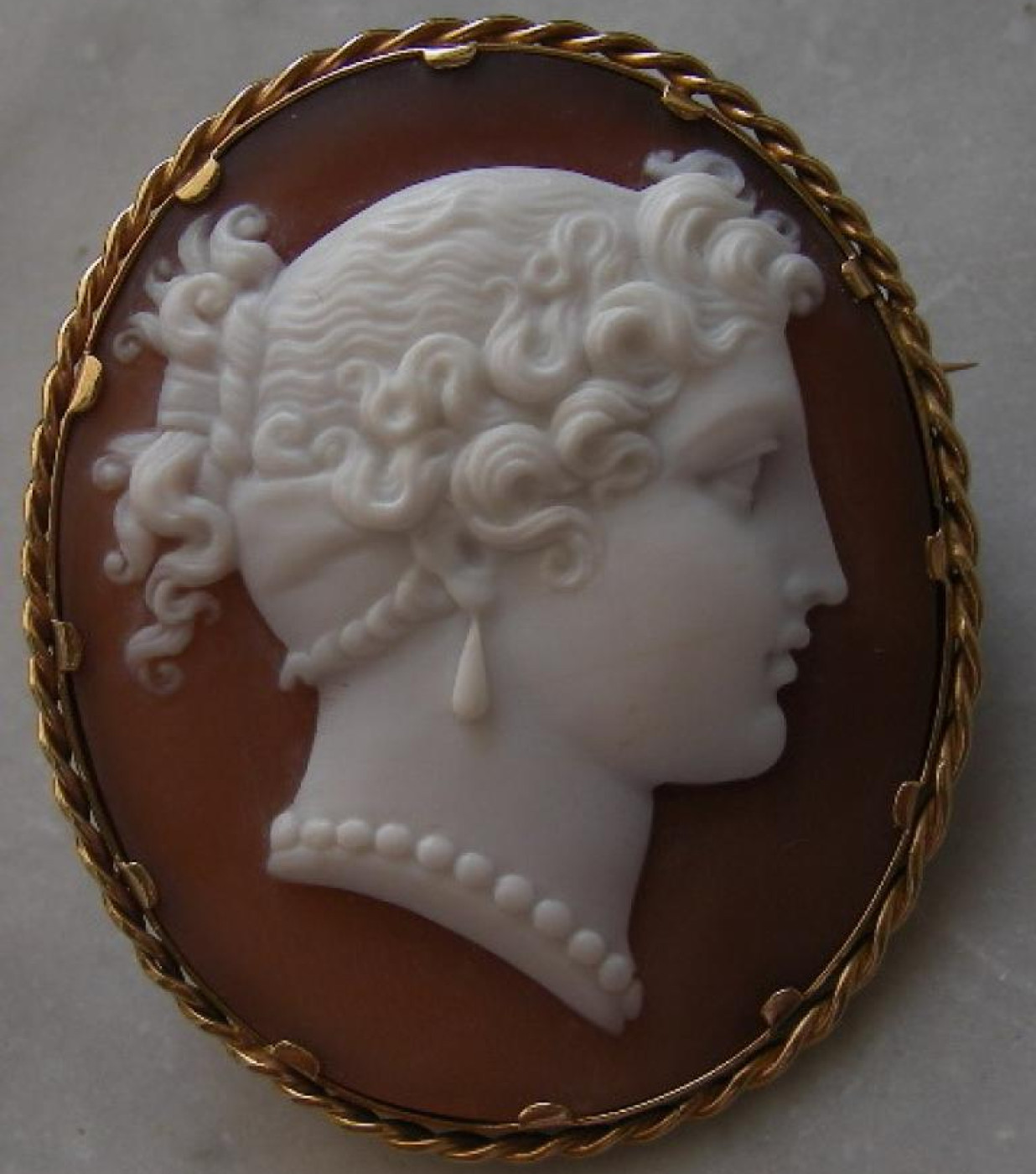 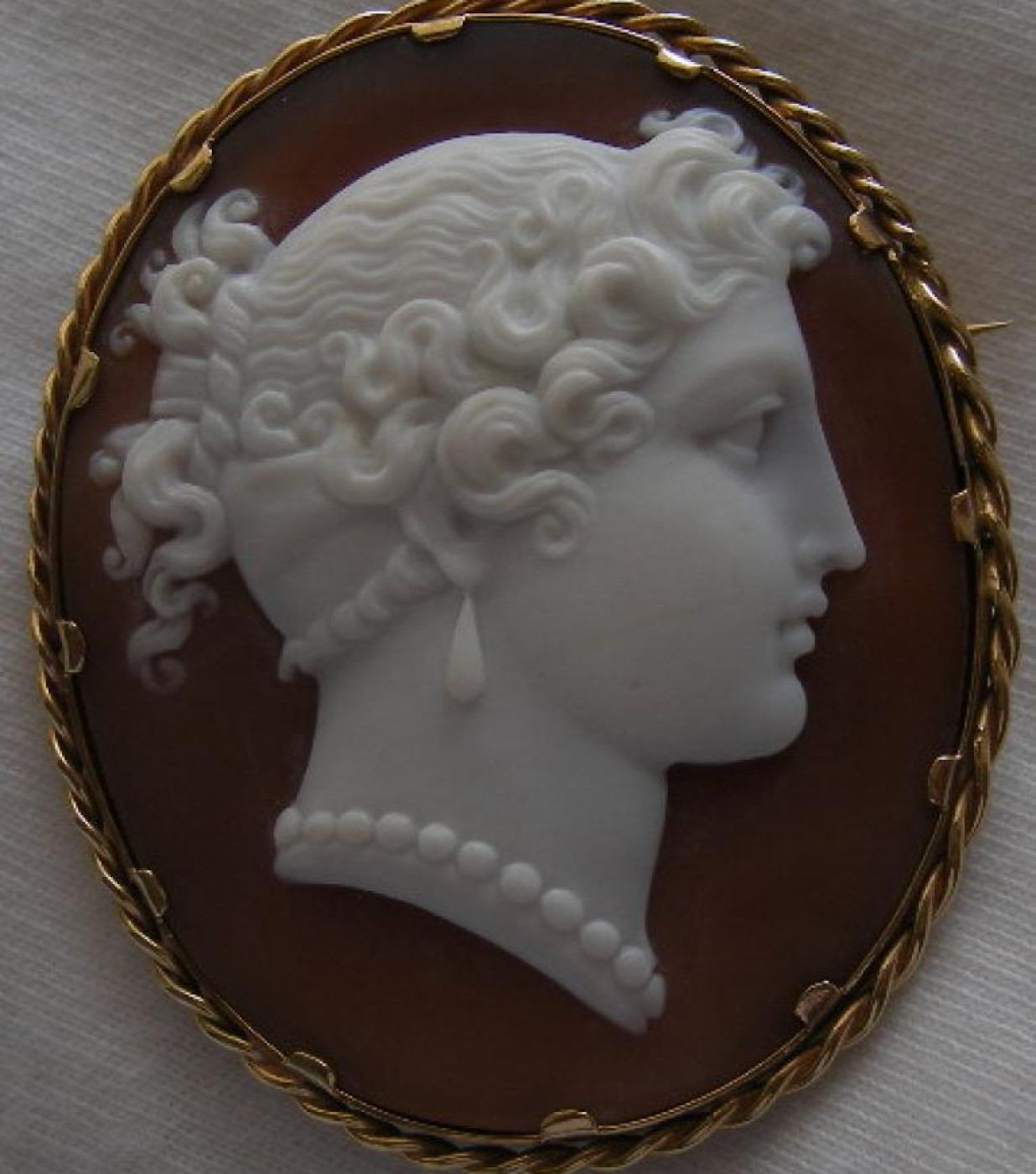 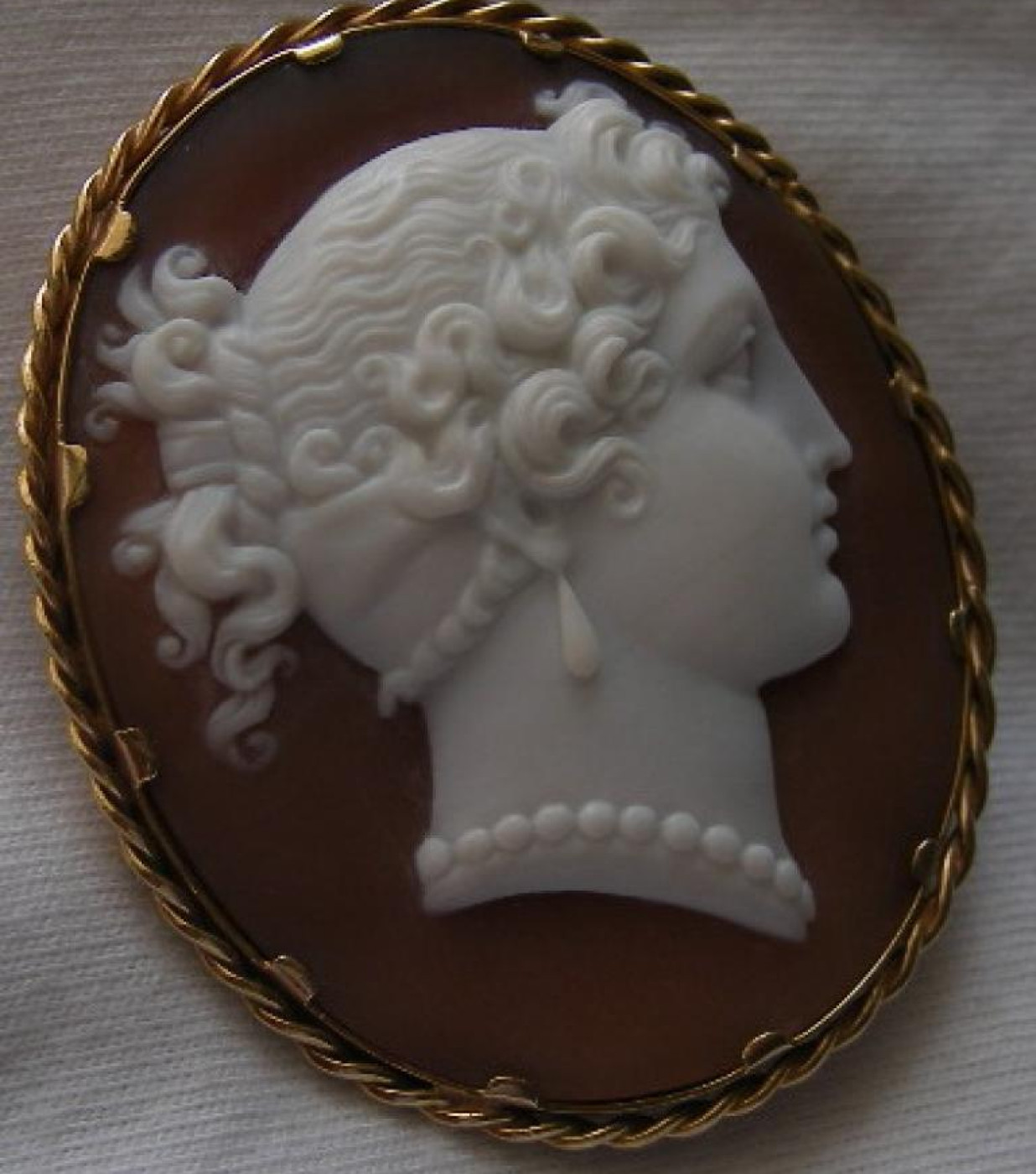 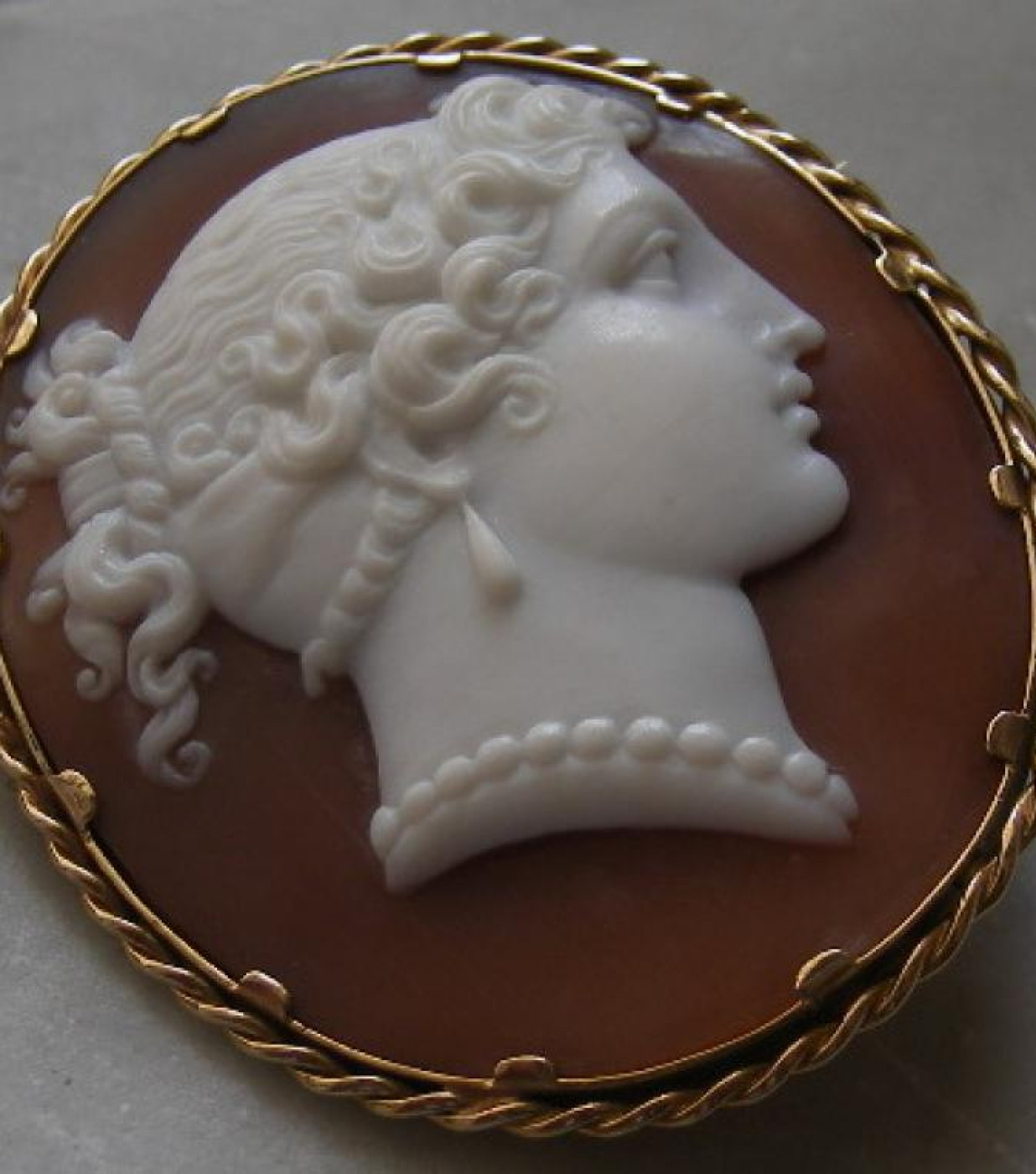 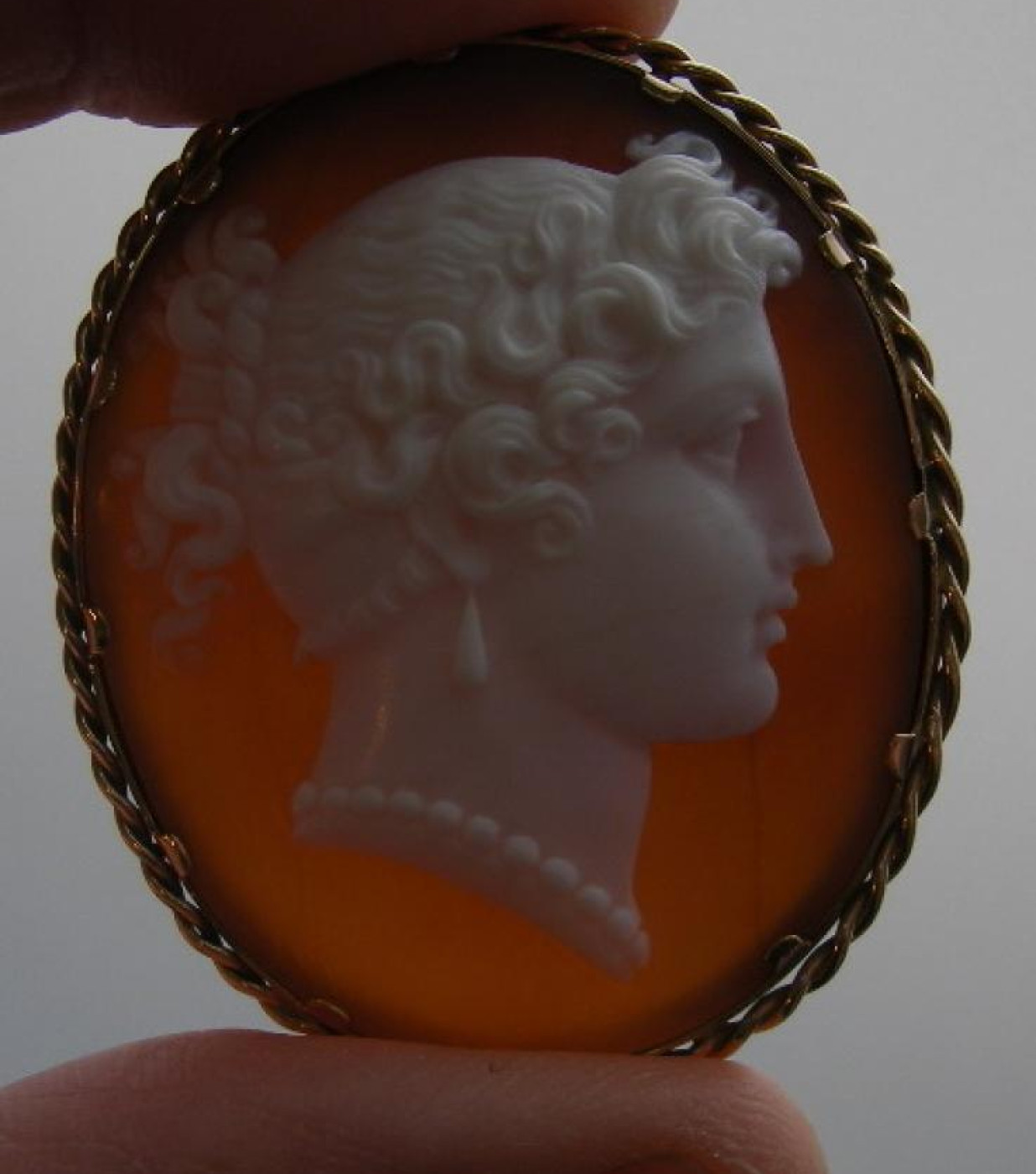 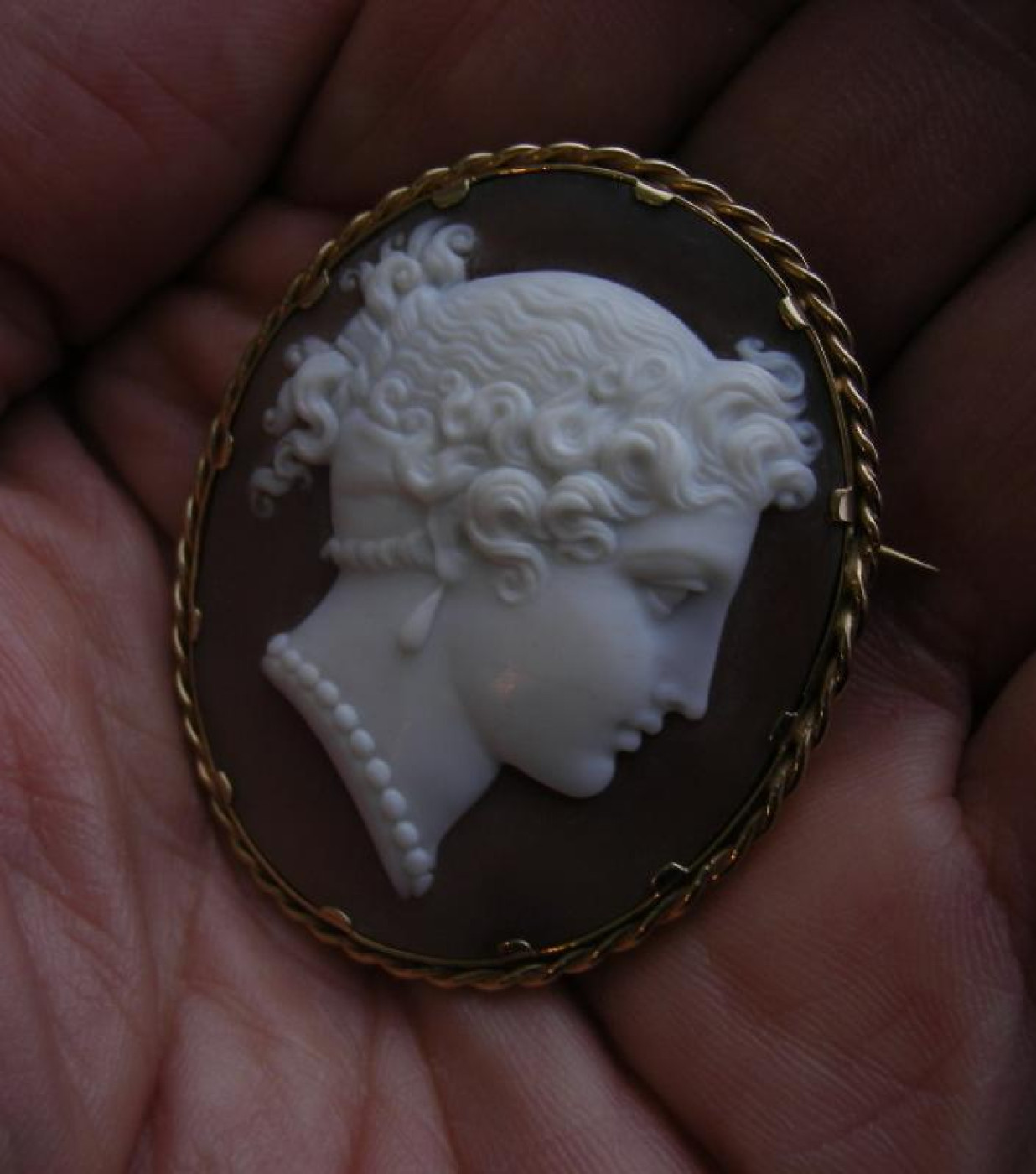 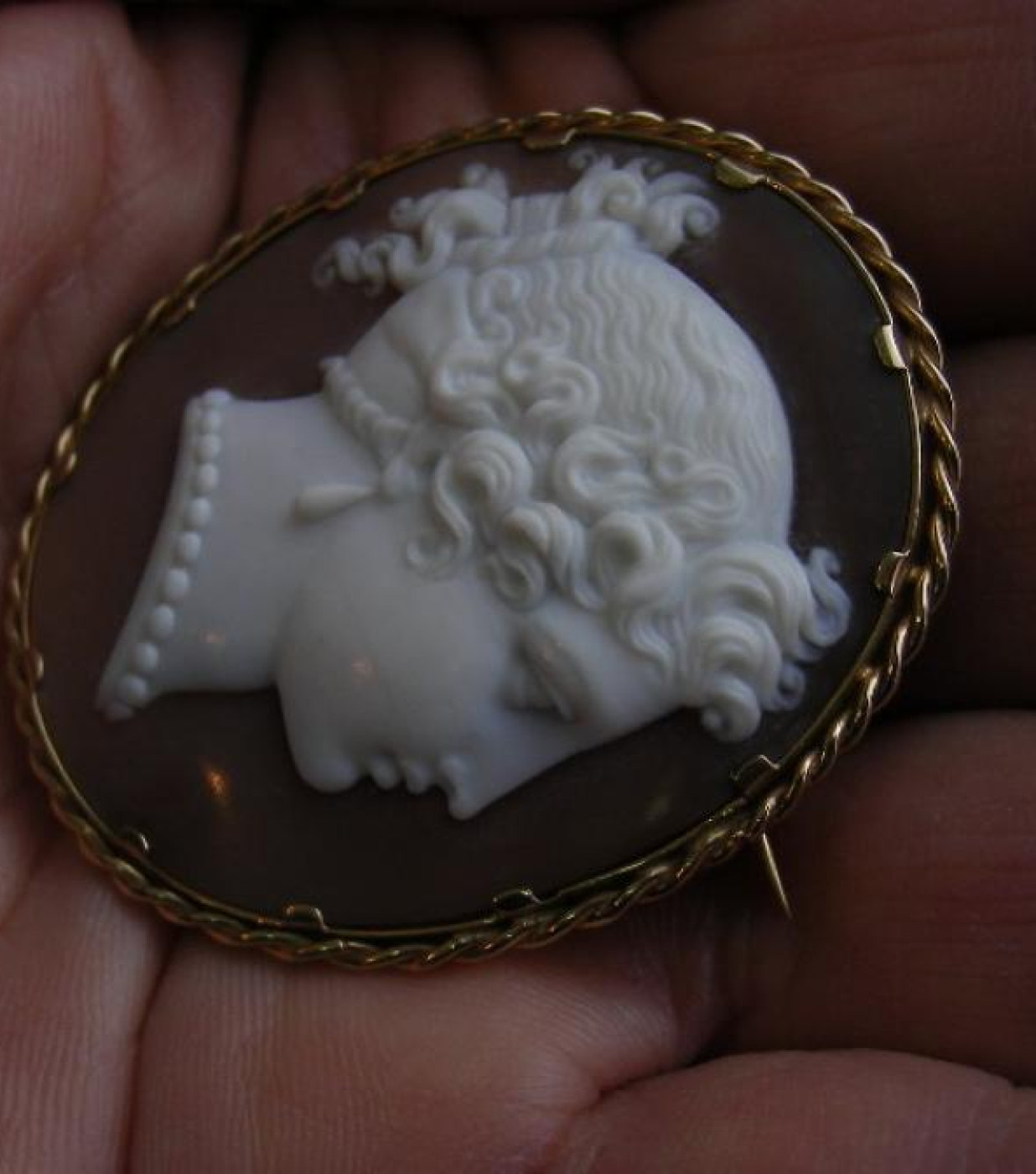 Museum quality cameo depicting the Ninph Arethusa.  She was a nymph and daughter of Nereus (making her a Nereid) and later became a fountain on the island of Ortygia in Syracuse, Sicily.The myth of her transformation begins when she came across a clear stream and began bathing, not knowing it was the river god Alpheus. He fell in love during their encounter, but she fled after discovering his presence and intentions, as she wished to remain a chaste attendant of Artemis. After a long chase, she prayed to her goddess to ask for protection. Artemis hid her in a cloud, but Alpheus was persistent. She began to perspire profusely from fear, and soon transformed into a stream. Artemis then broke the ground allowing Arethusa another attempt to flee. Her stream traveled under the earth to the island of Ortygia, but Alpheus flowed through the sea to reach her and mingle with her waters. Arethusa occasionally appeared on coins as a young girl with a net in her hair and sometimes with dolphin around her head or under her neck. These coins were common around Ortygia, the location in which she ends up after fleeing from Alpheus. A very desiderable collectors piece, rarest and museum quality cameo.