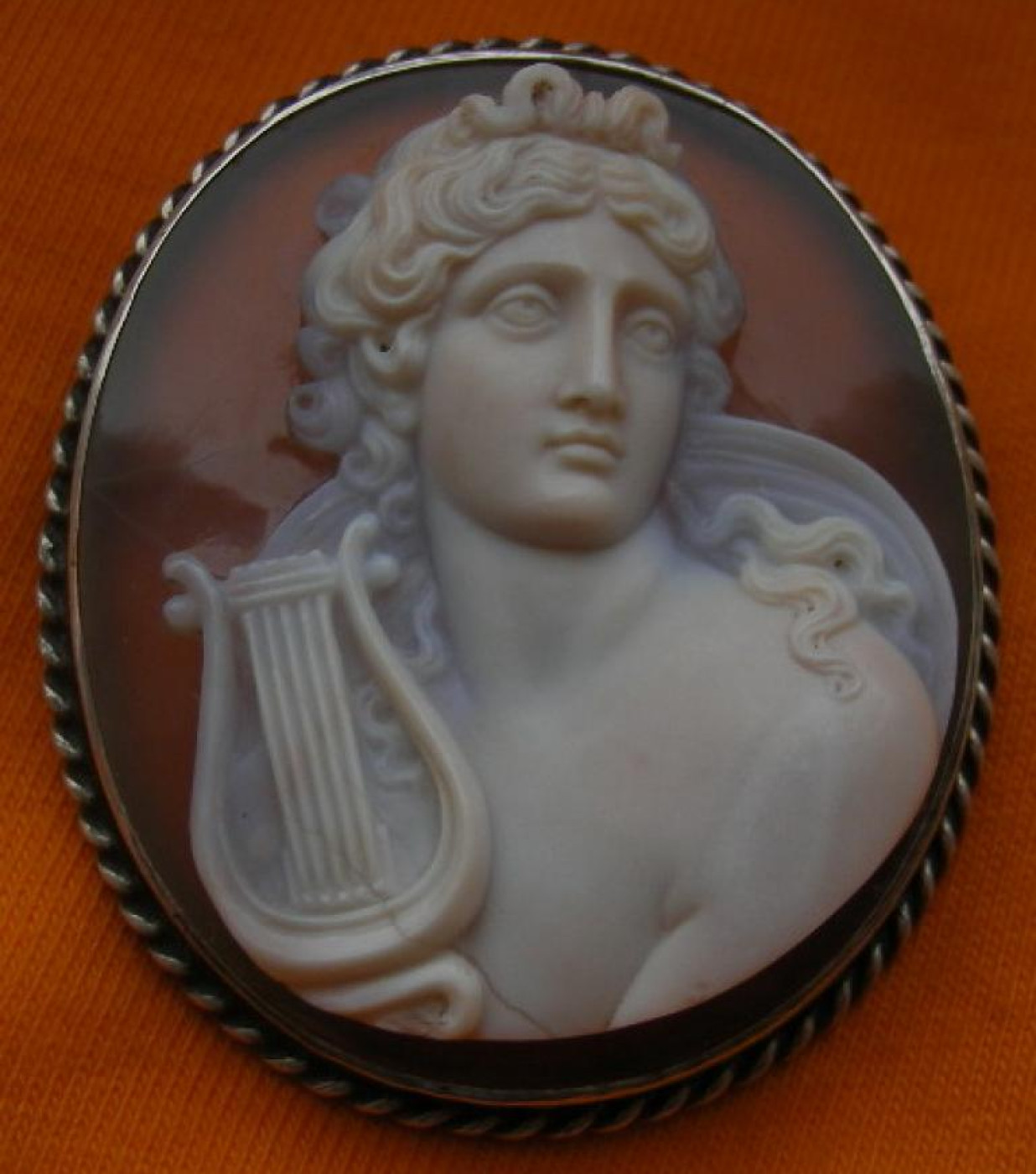 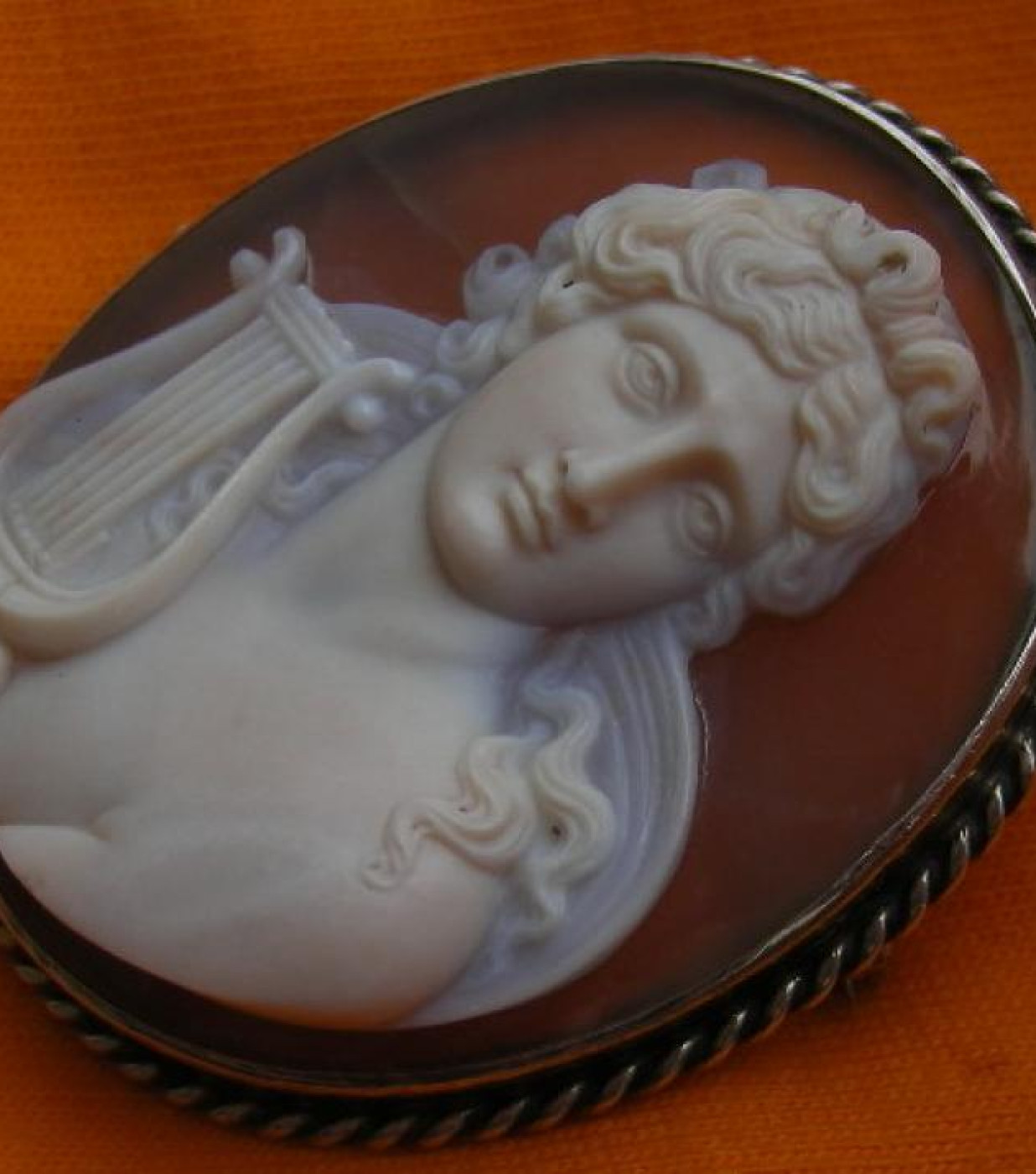 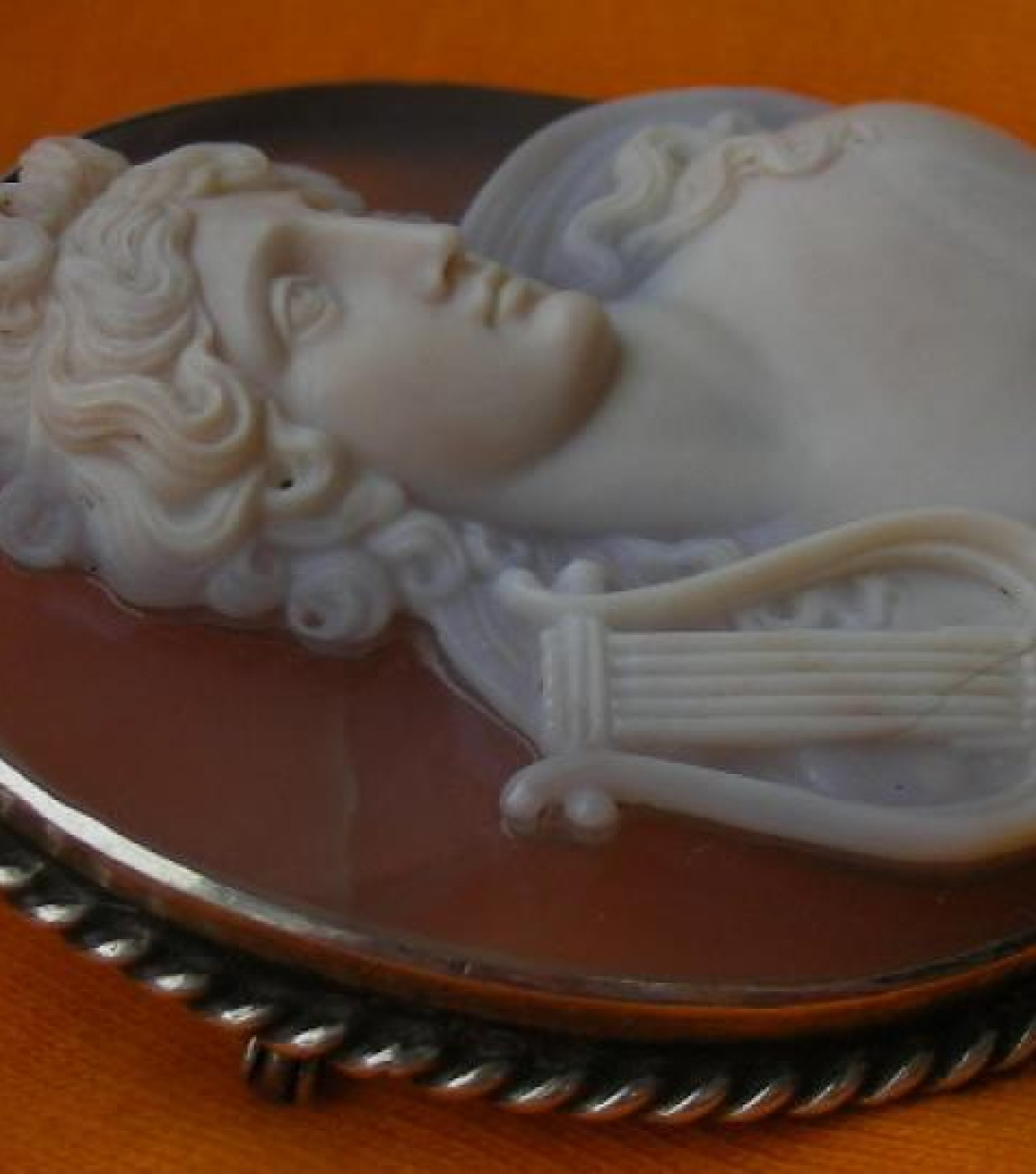 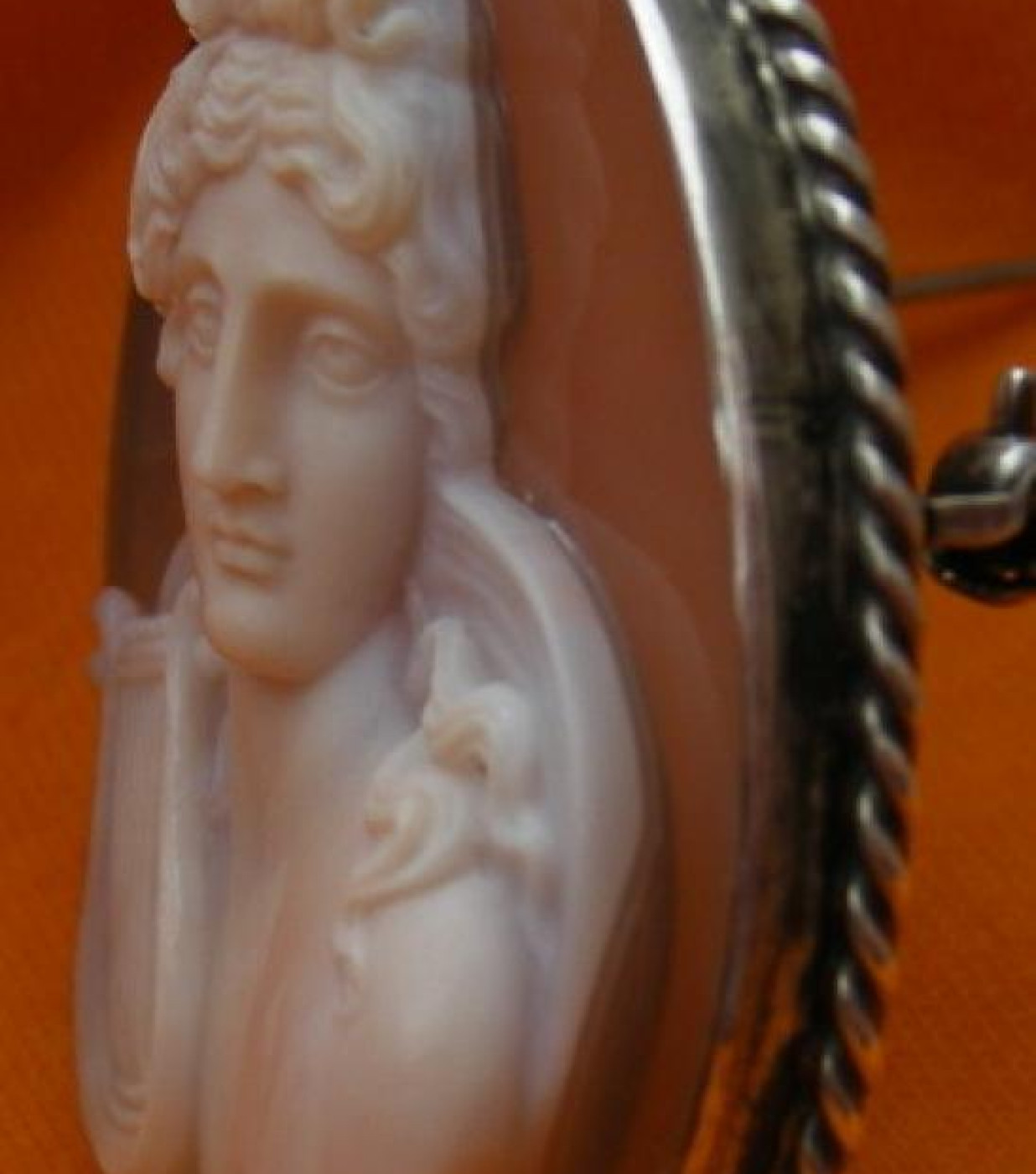 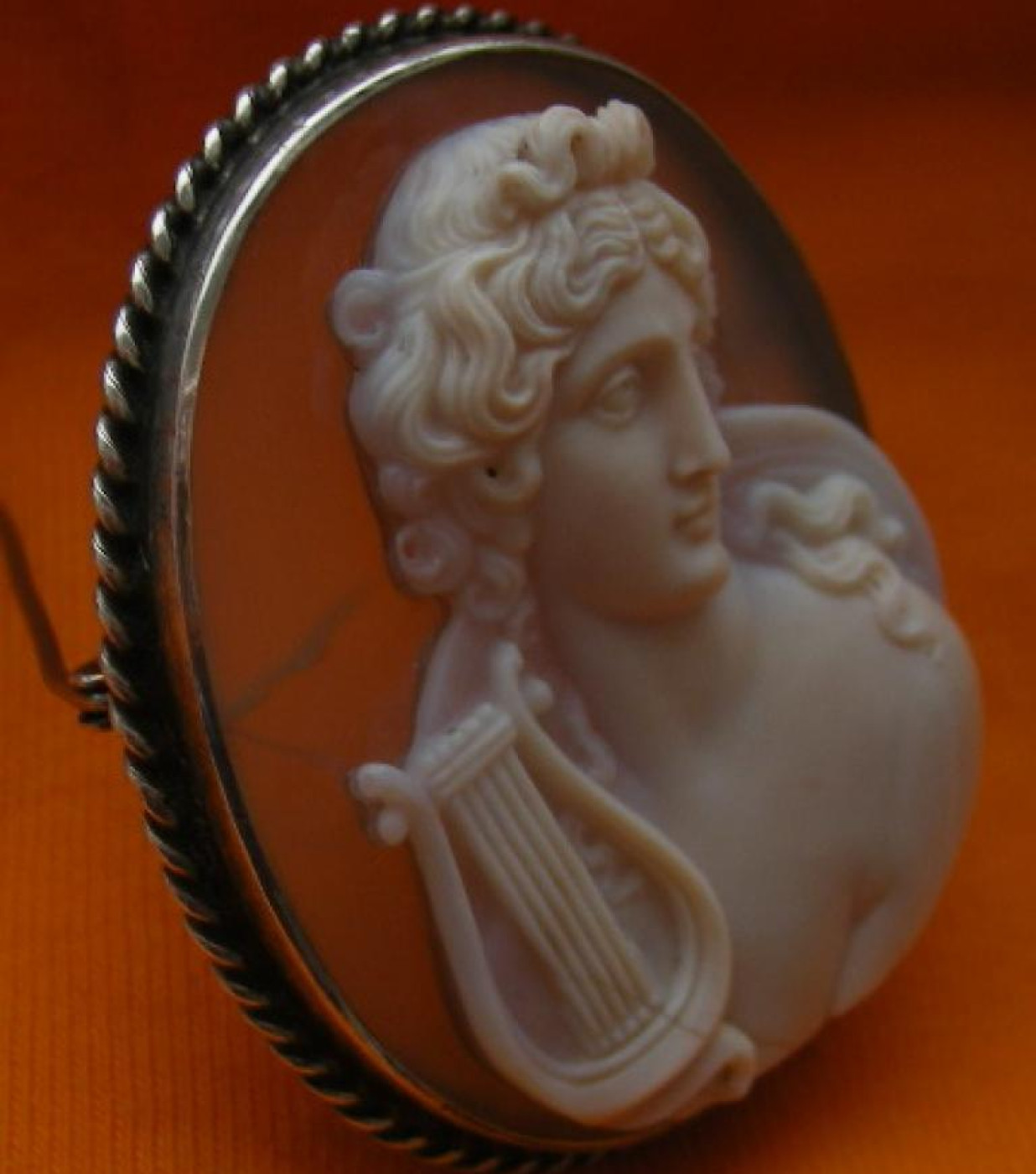 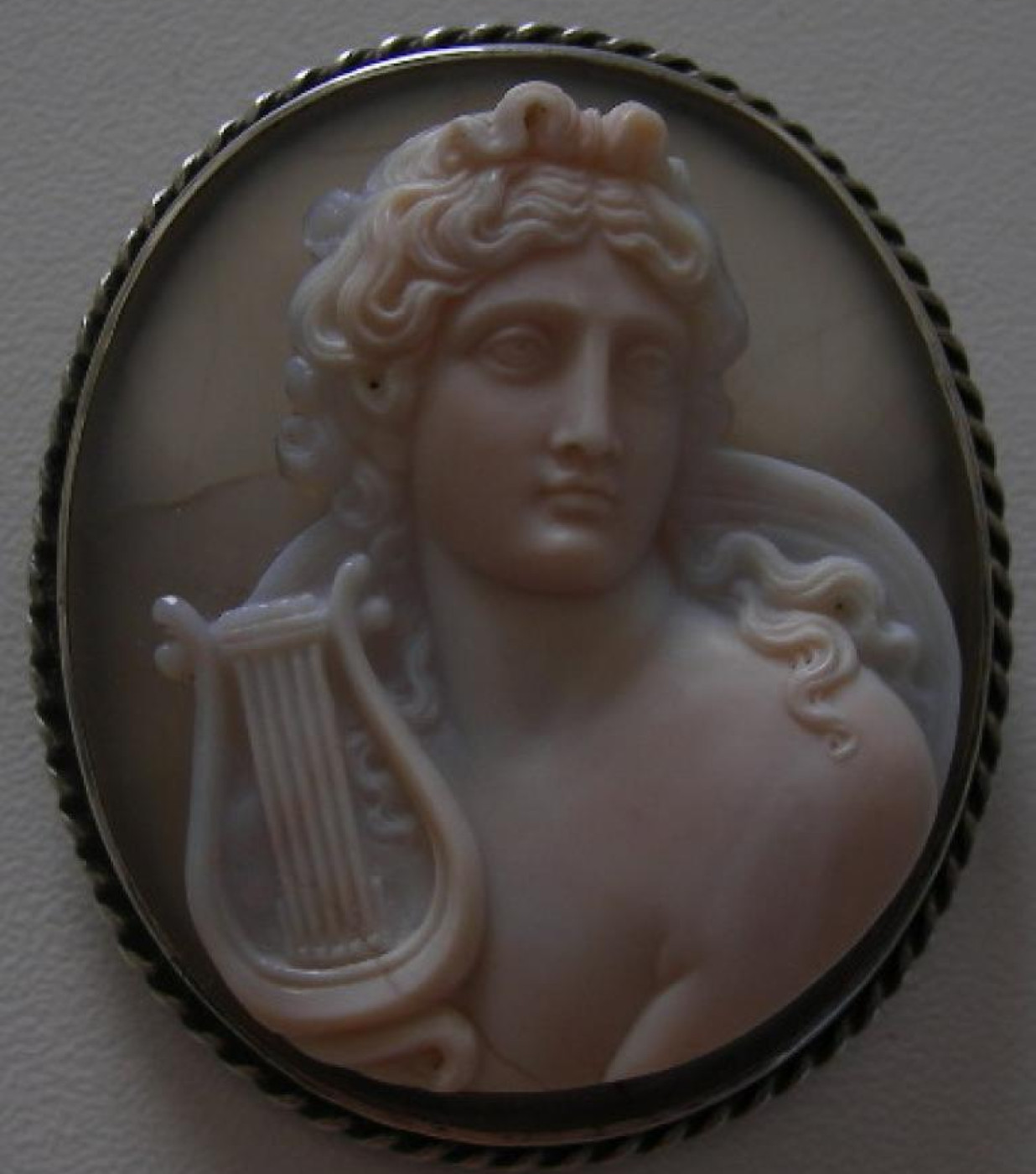 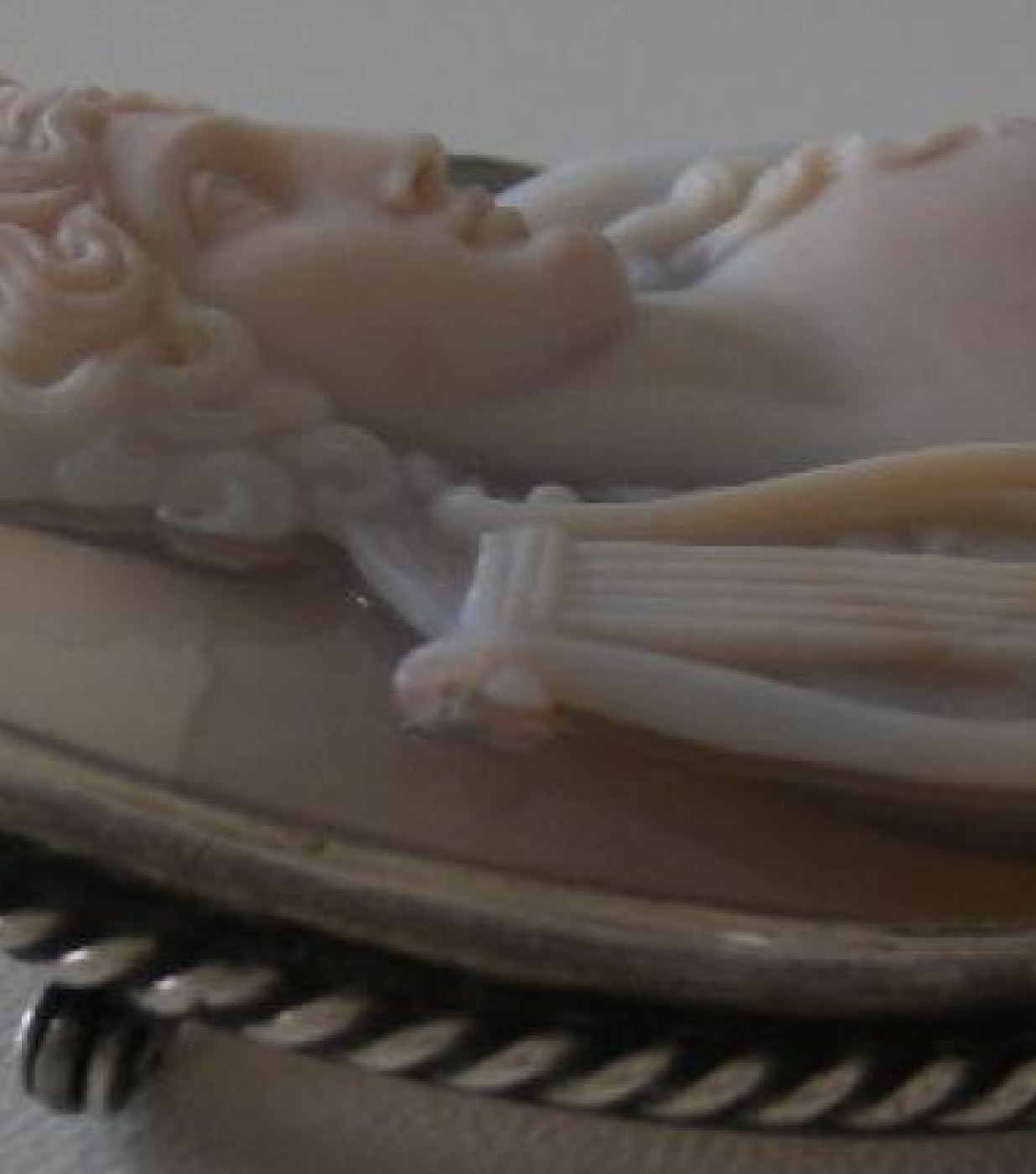 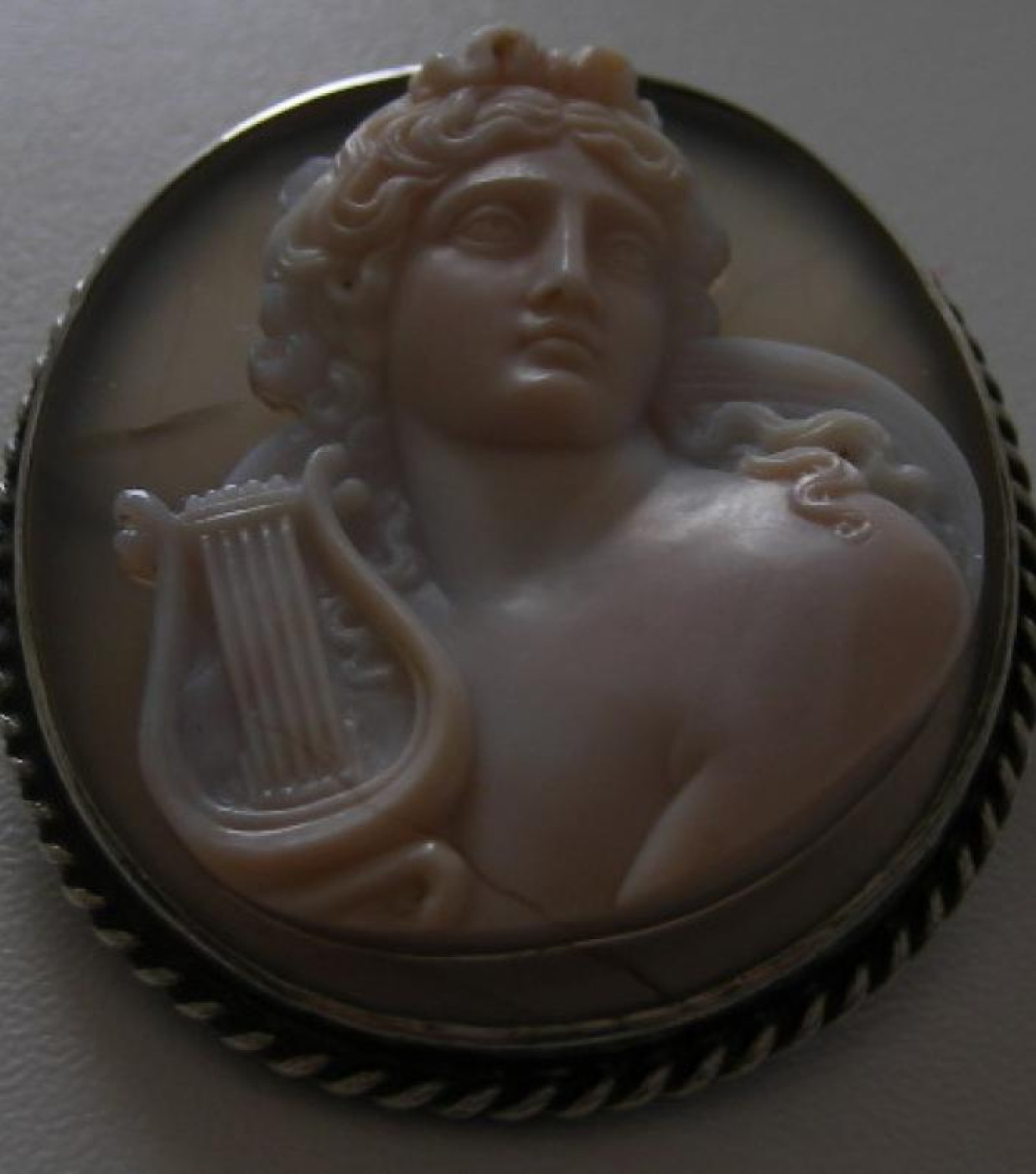 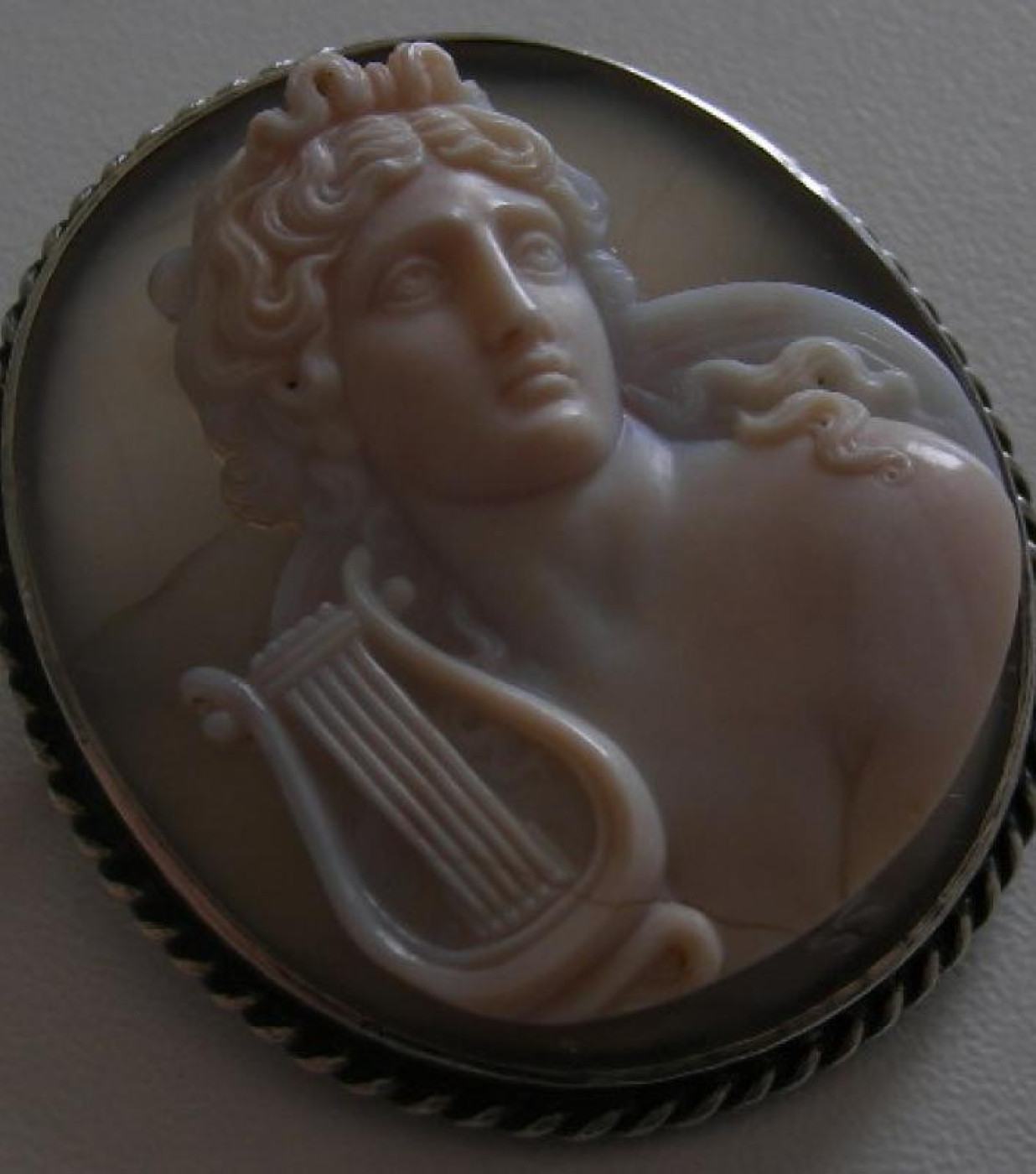 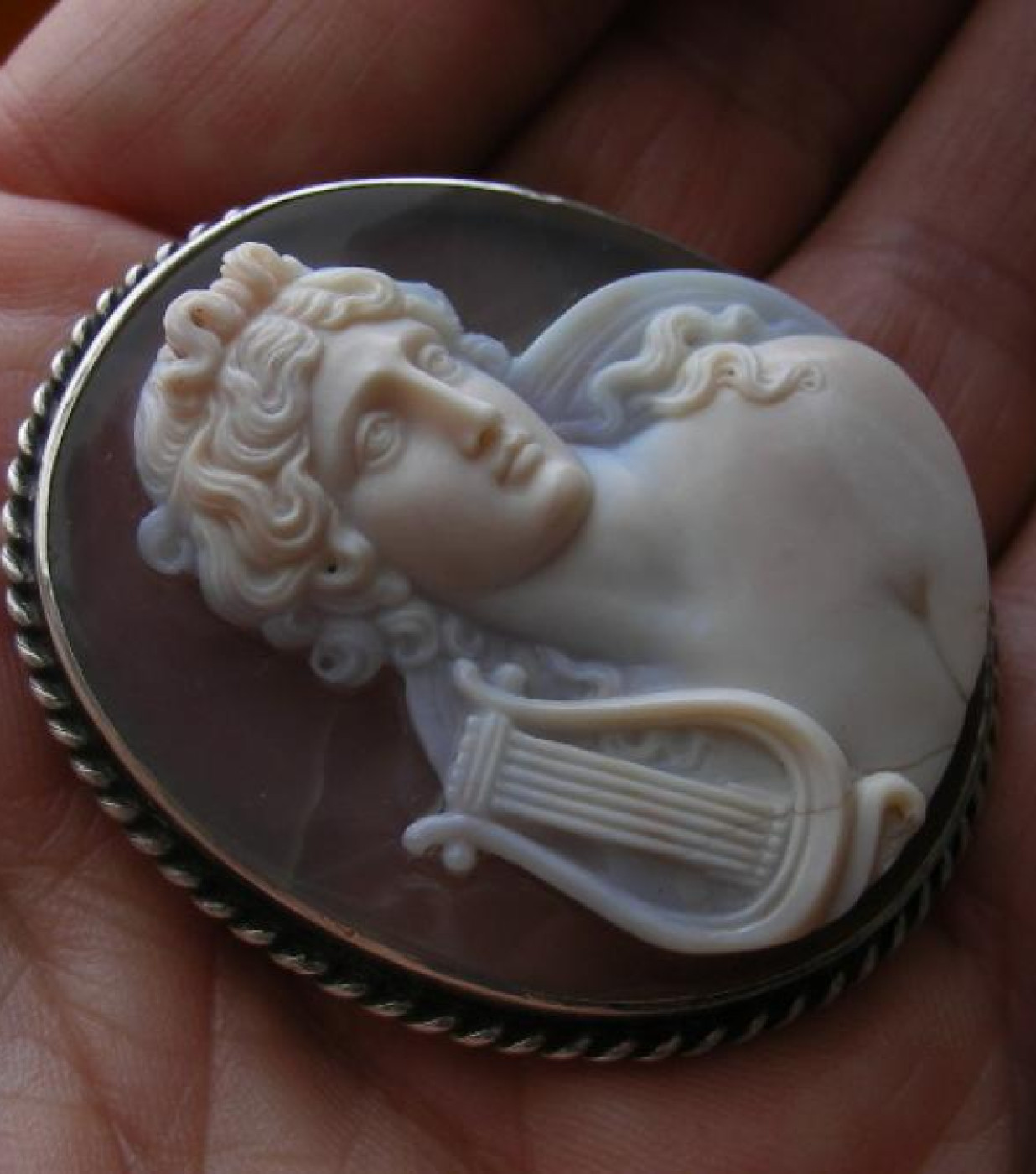 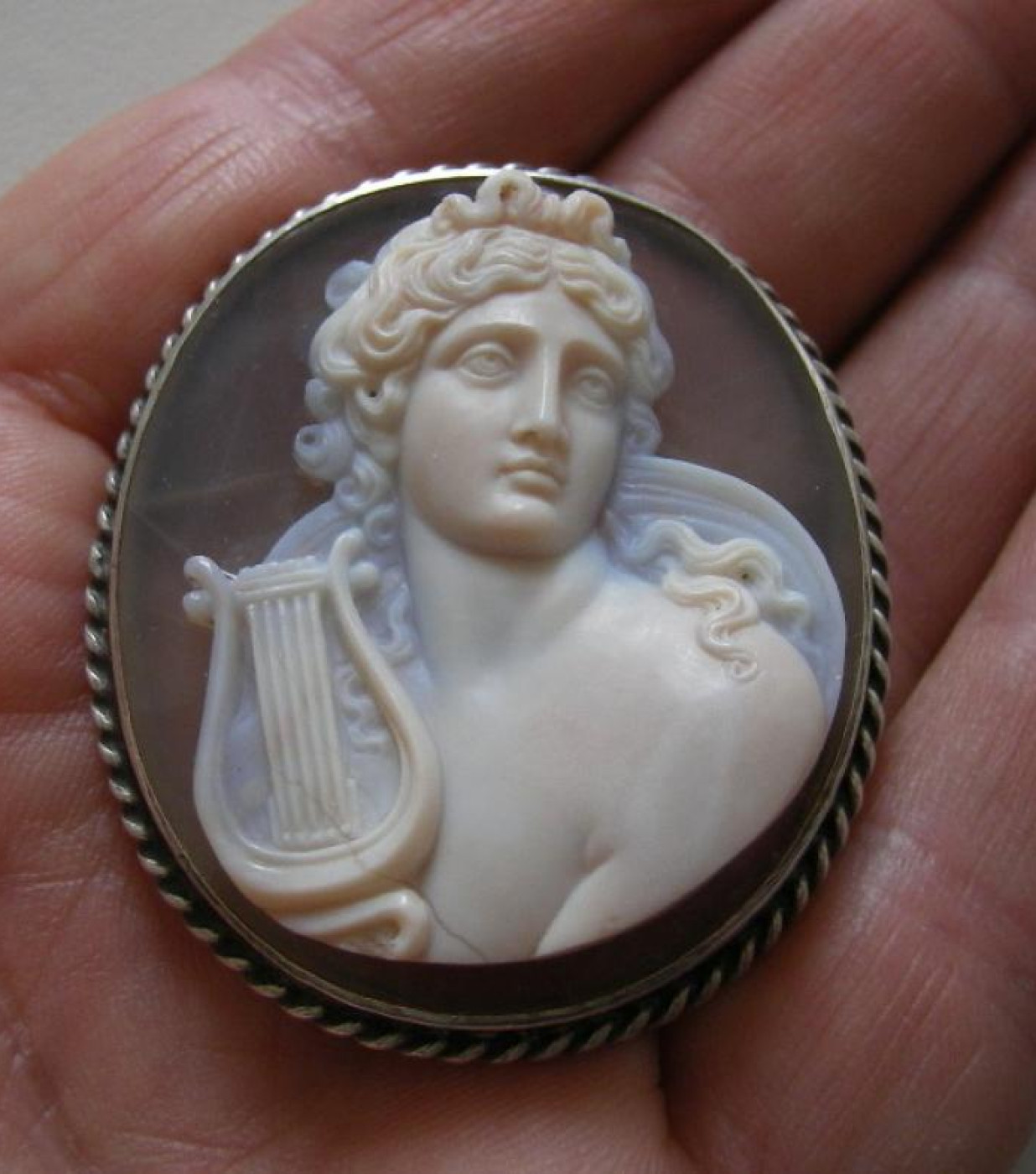 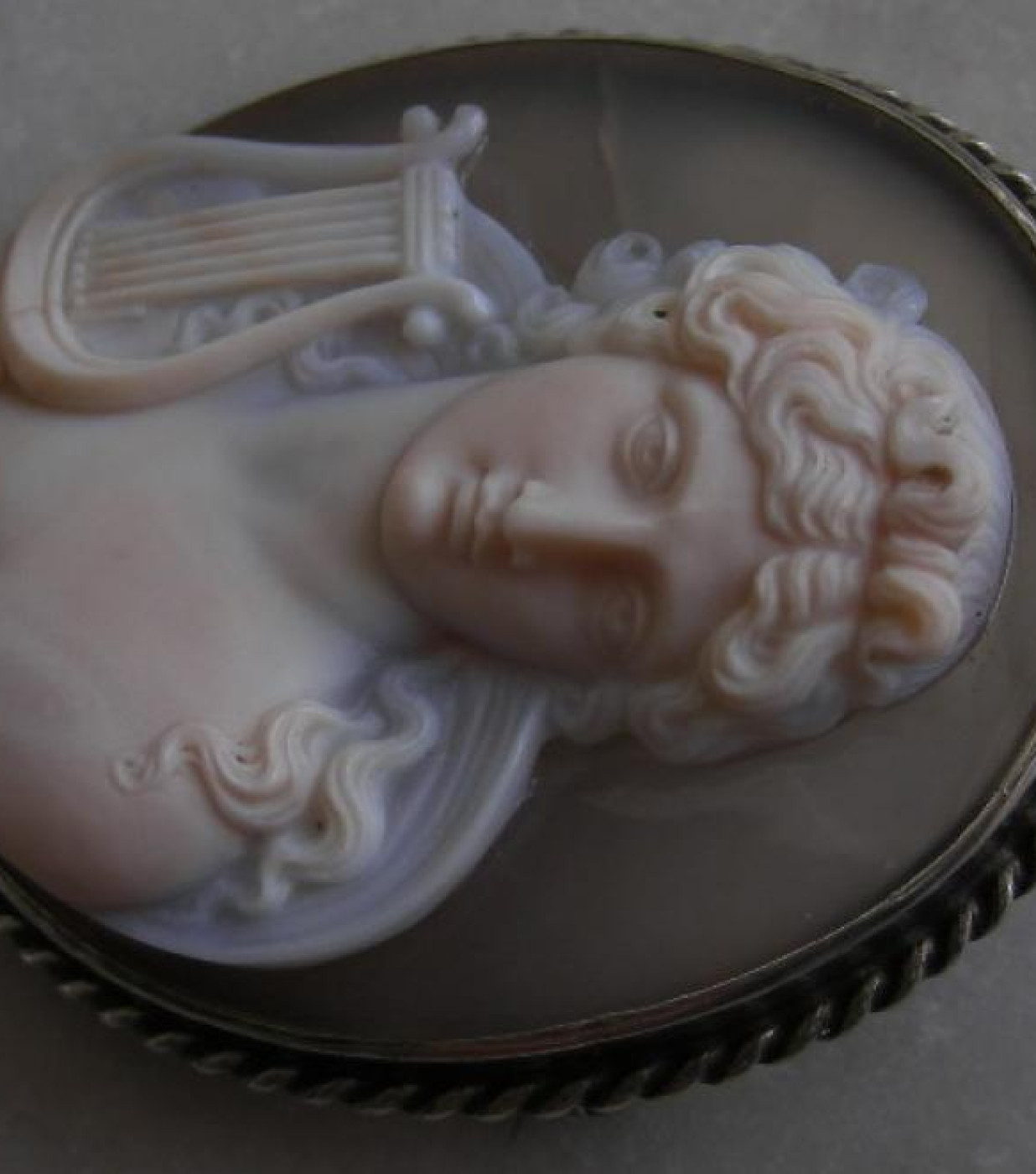 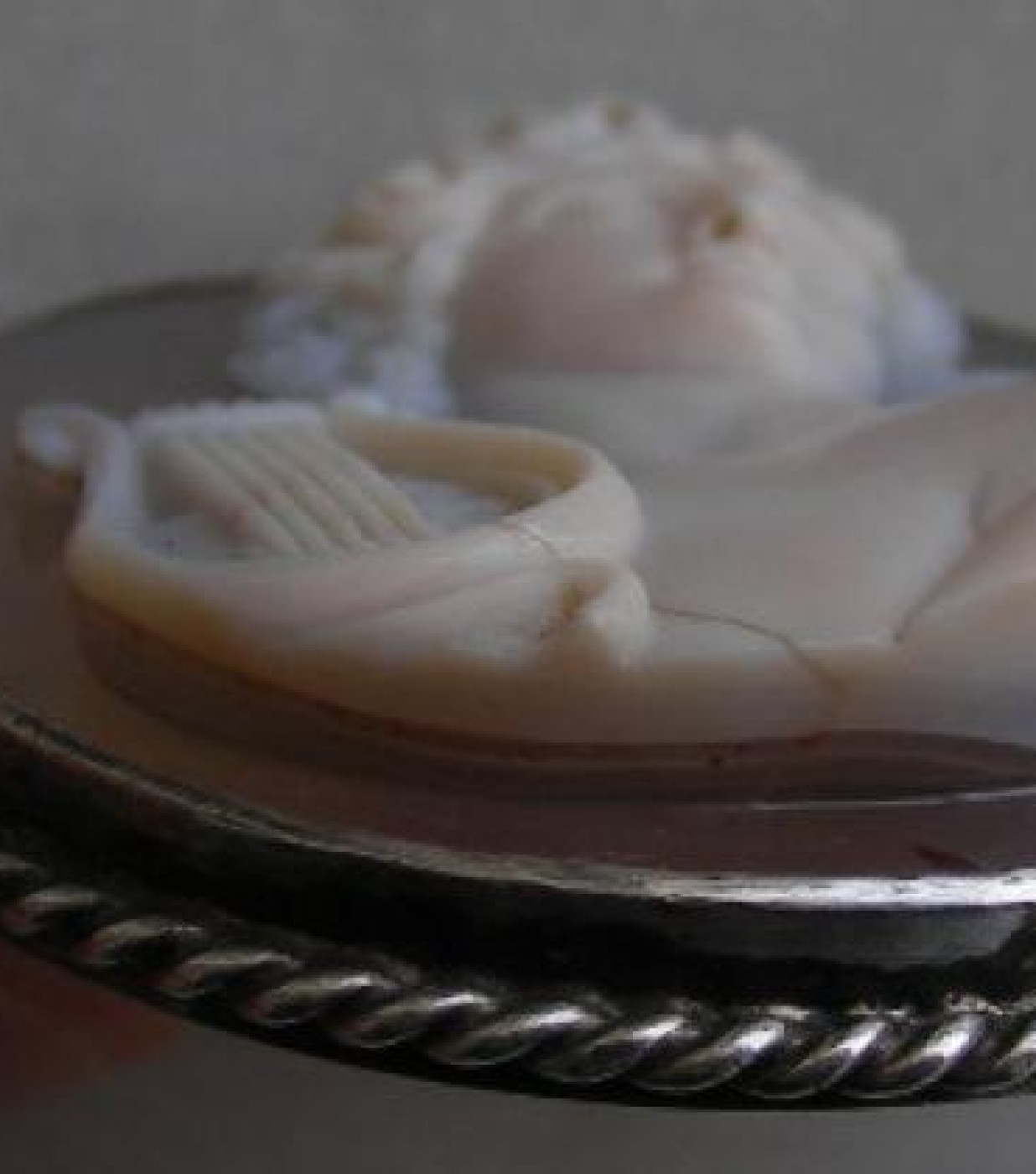 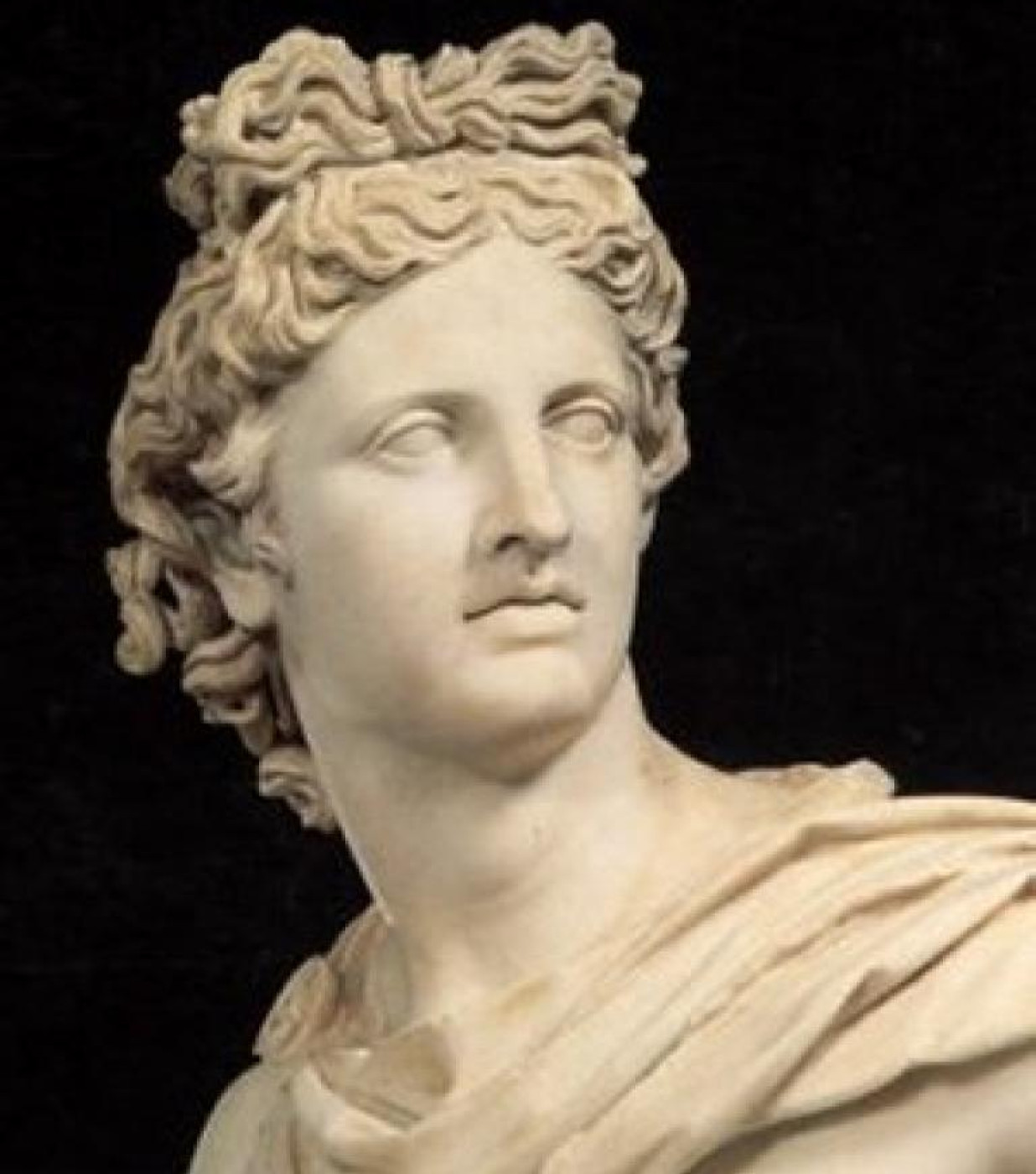 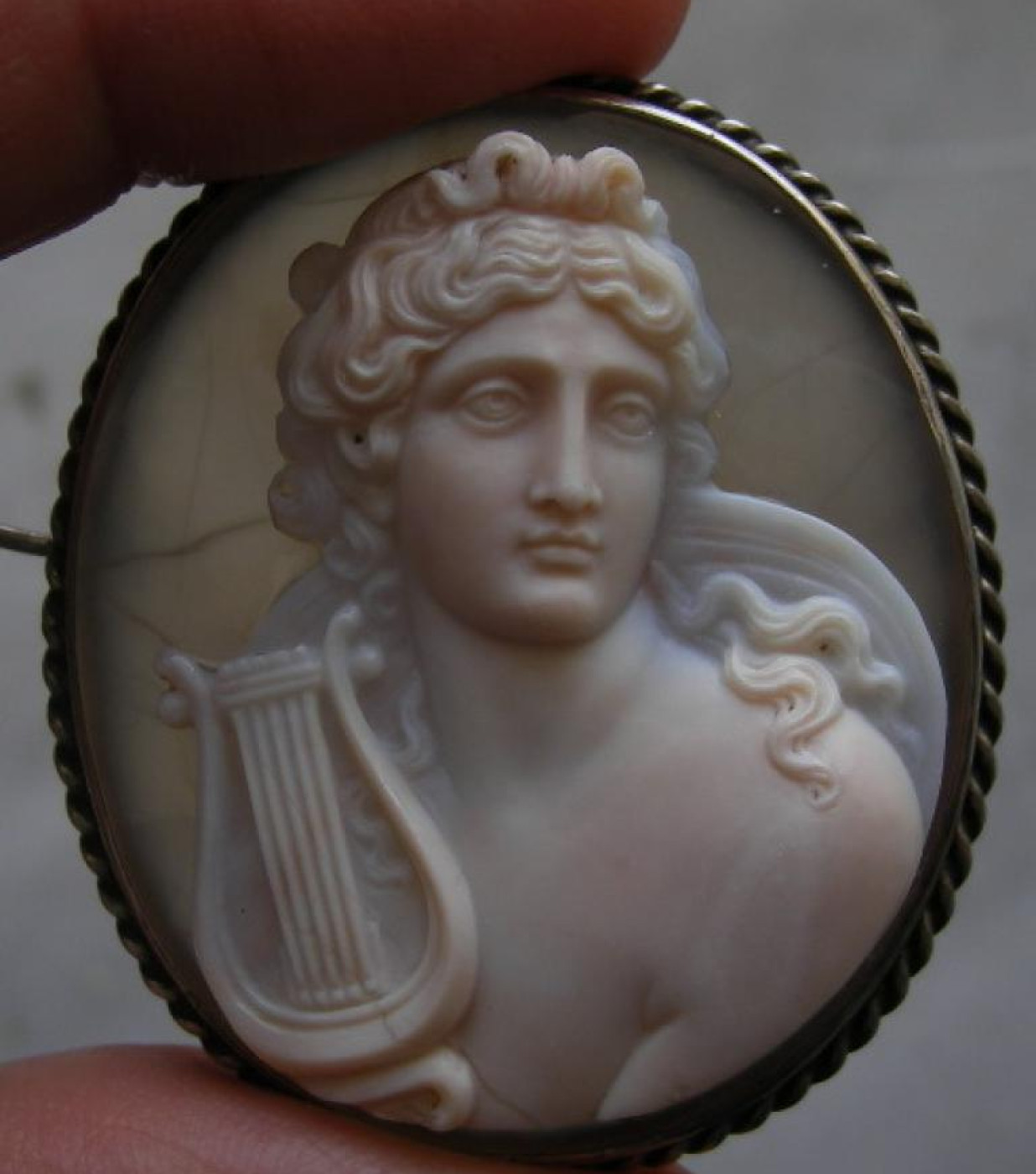 Museum Quality Cameo depicting Apollo, portrayed in front face. Frontal face cameos are rare and hard to find, and especially an artwork like this one This is a cameo of surpassing beauty an incredible work of art and very detailed,  carved by an artist. This cameo is surely after the statue of Apollo Belvedere, from Roman era, and now in a roman museum. Rarest cameo and subject very desirable collectors' piece. Please note the beauty of the face and its  expressivity,  the large profusion of details masterfully carved and overall the reality of the face features , of the neck's and chest's muscles, evidenced especially in the next pictures, details exclusively due to the skill of a great master carver of the past.
A bit of History
Without doubt, after Zeus, Apollo is the most important God of the Greek mythology. Latona, seduced by Zeus, assisted by the goddess Iris, gave birth to two twins, Apollo and Artemis. Apollo represents the self-control, the self-knowledge and the sense of the measure, in his temple to Delphi it was written there "know yourself." He also deals with the expiations, purifications,  recoveries (and as such he has called "Alexikakos" that means "the one who sends away the evils"). Apollo is also a prophetic God, God of the fair and of the purity and also of the music, in fact he is represented with the Lyre and as head of the Muses that he drove and protected. He was identified also as Helios and he was imagined driving a cart thrown by four horses with which it conducted the sun through the sky. Represented as a very beautiful and naked youth, the Romans revered him as protector of the health and as God of the divination, in his honour they celebrated the games called "Ludi Apollinares." (Apollo's Games) .Apollo is the solar divinity par excellence. God of all the beautiful things, music, art, poetry.