Allegory of the Purity 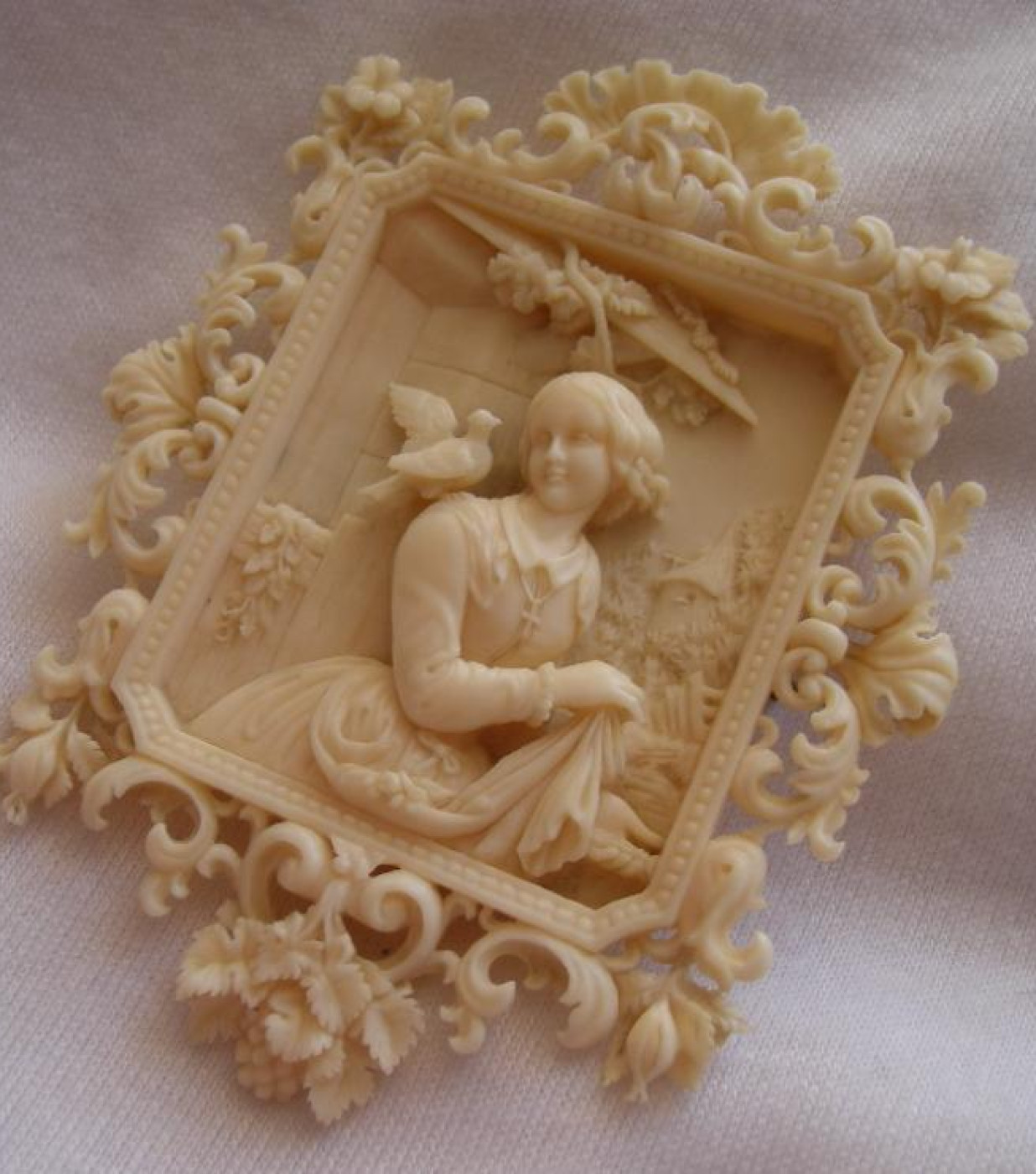 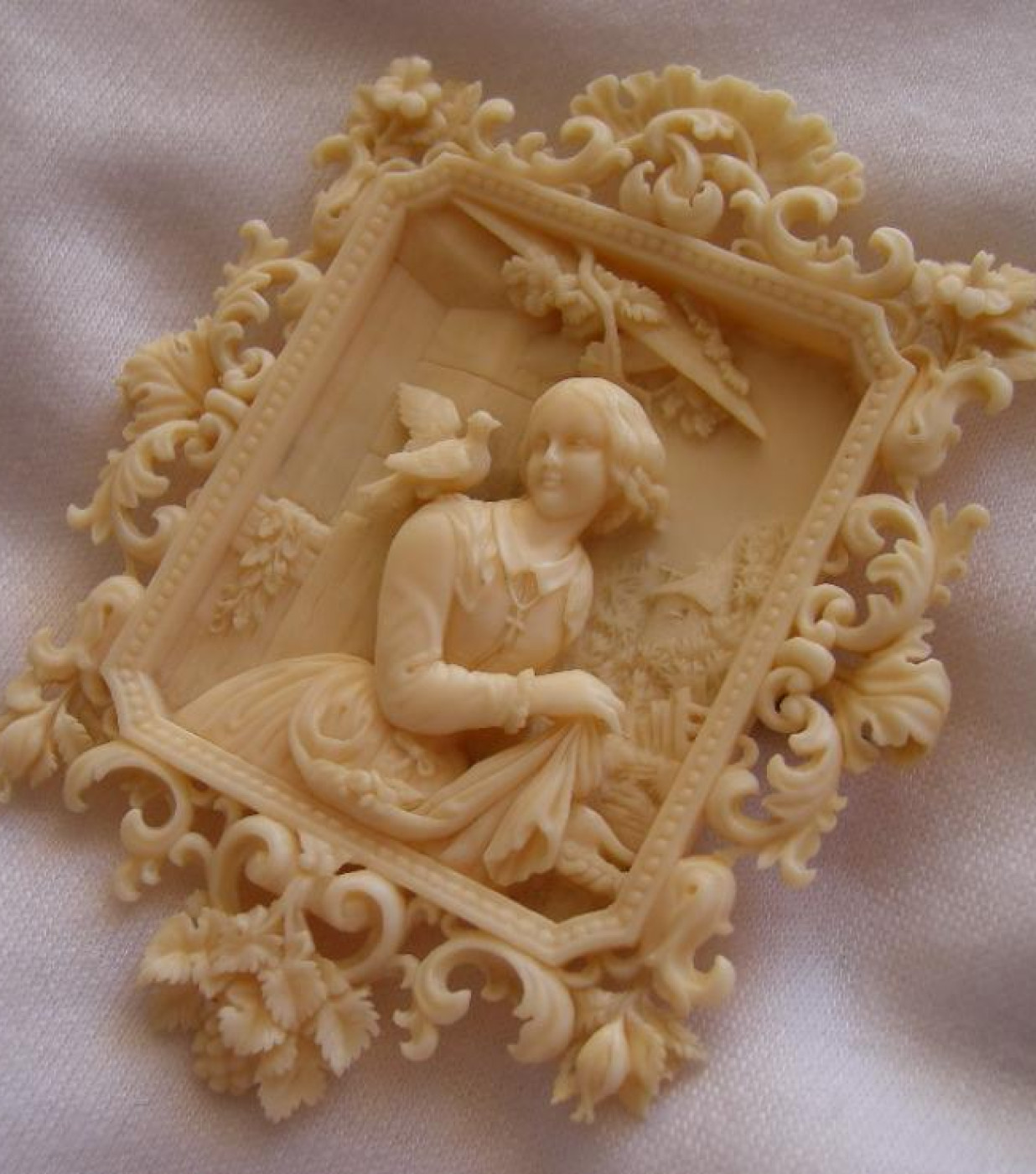 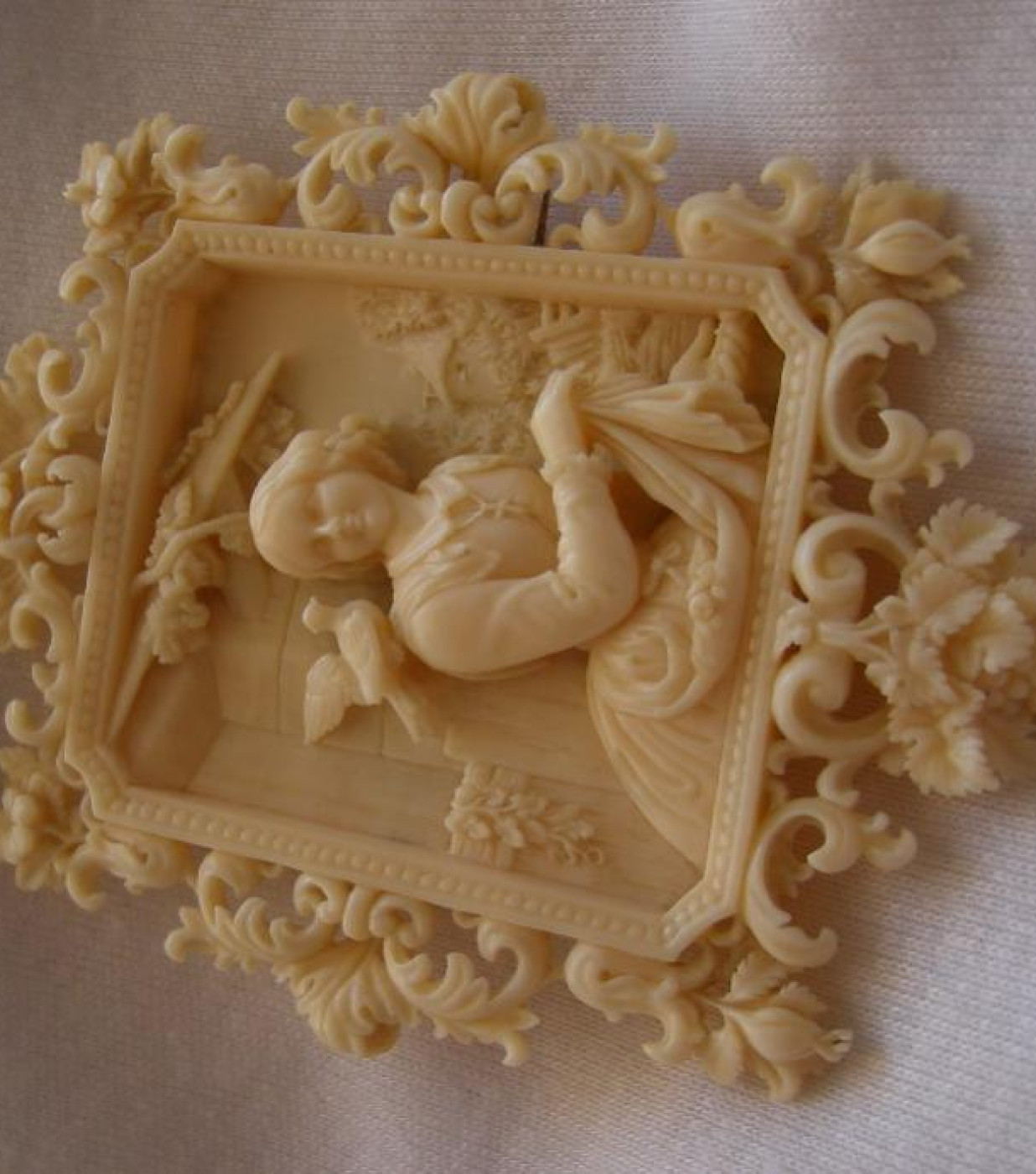 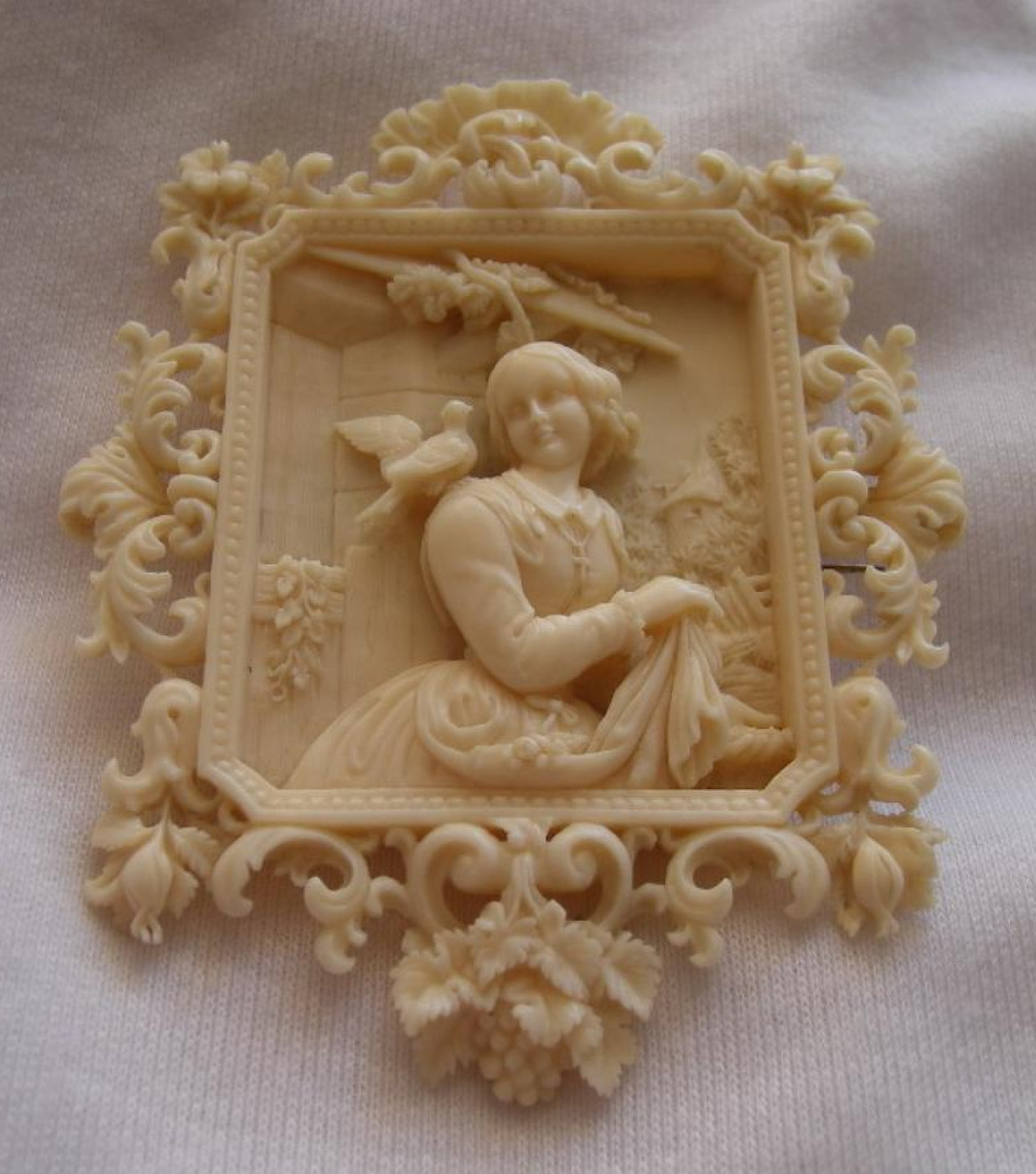 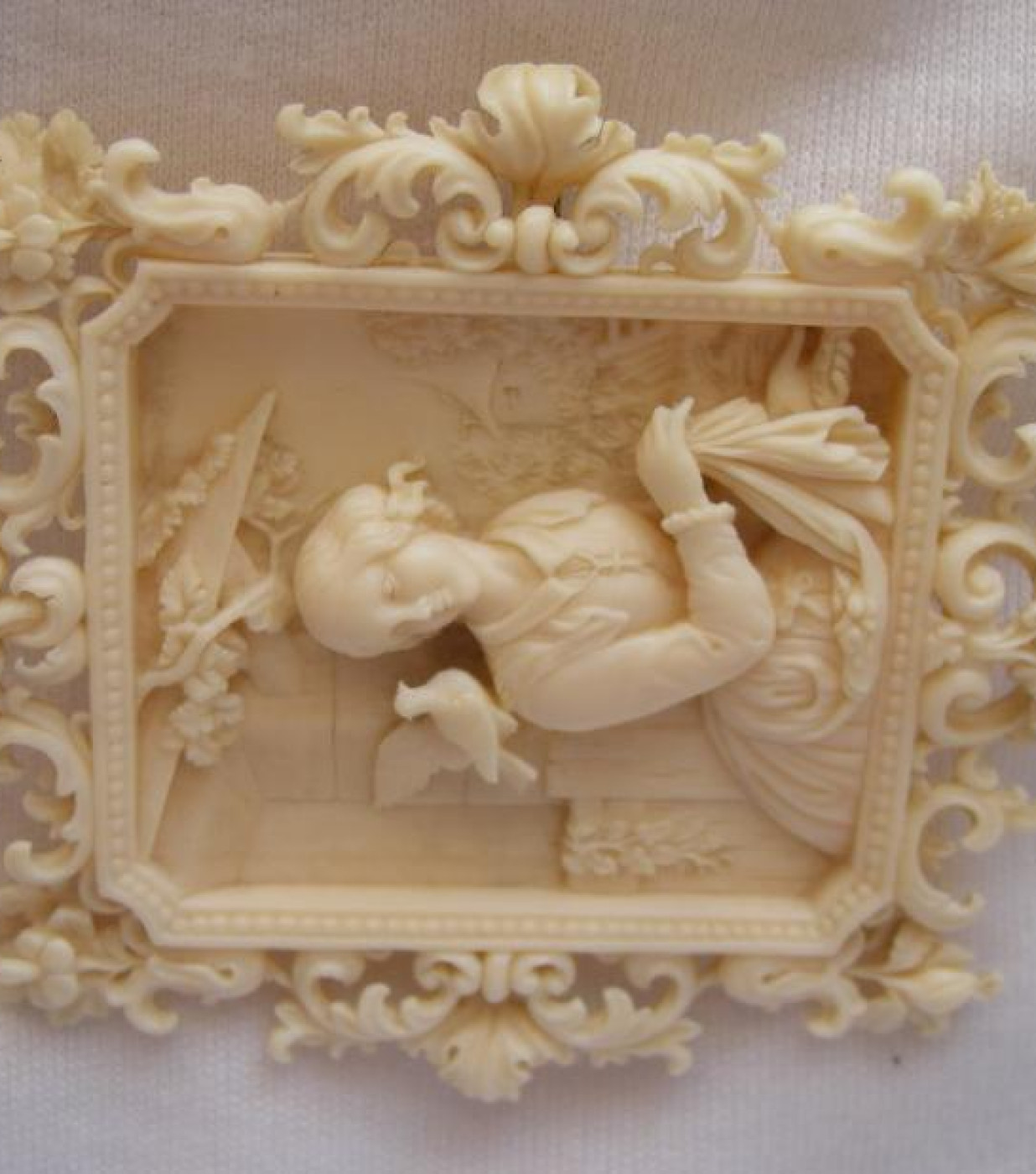 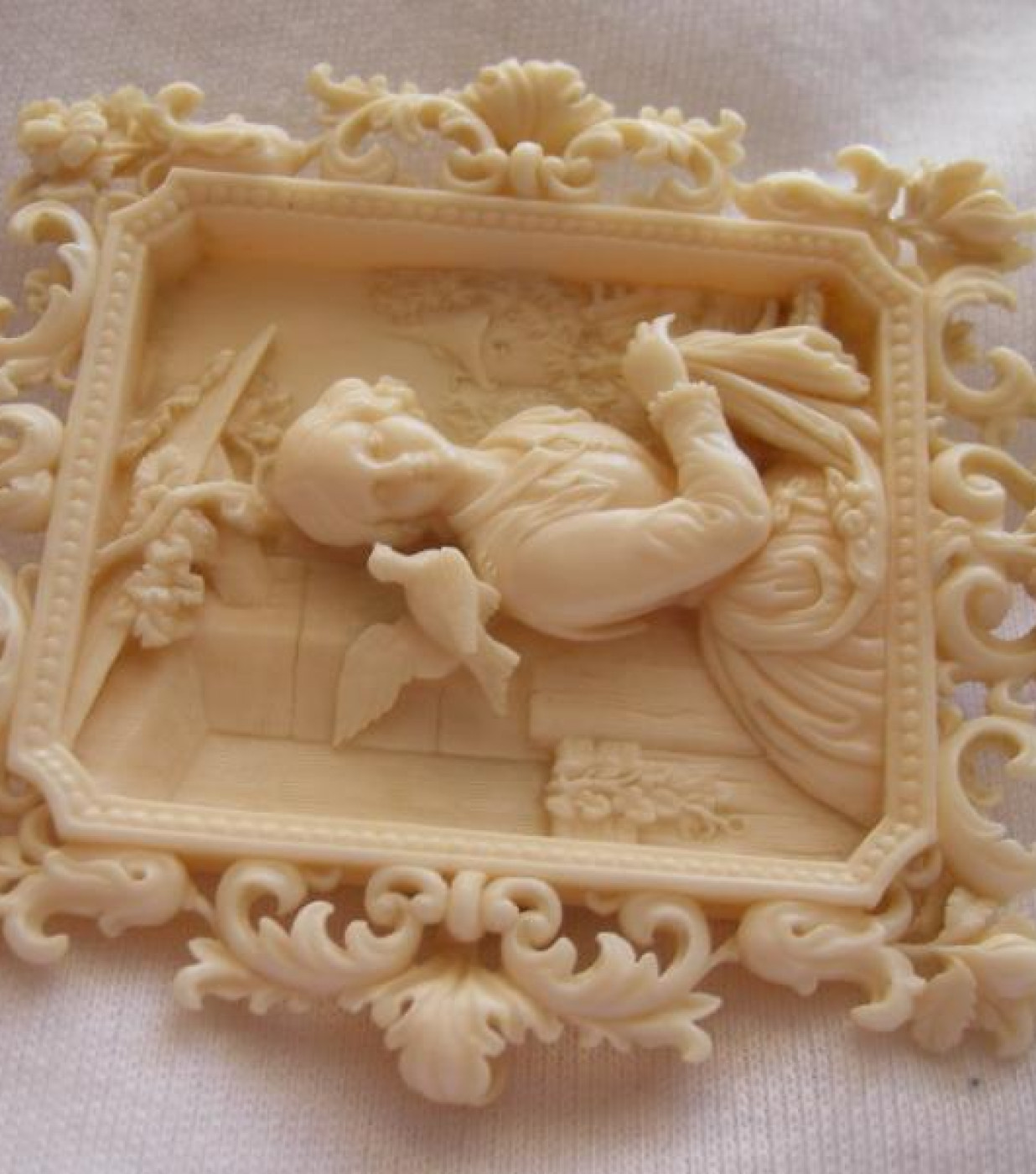 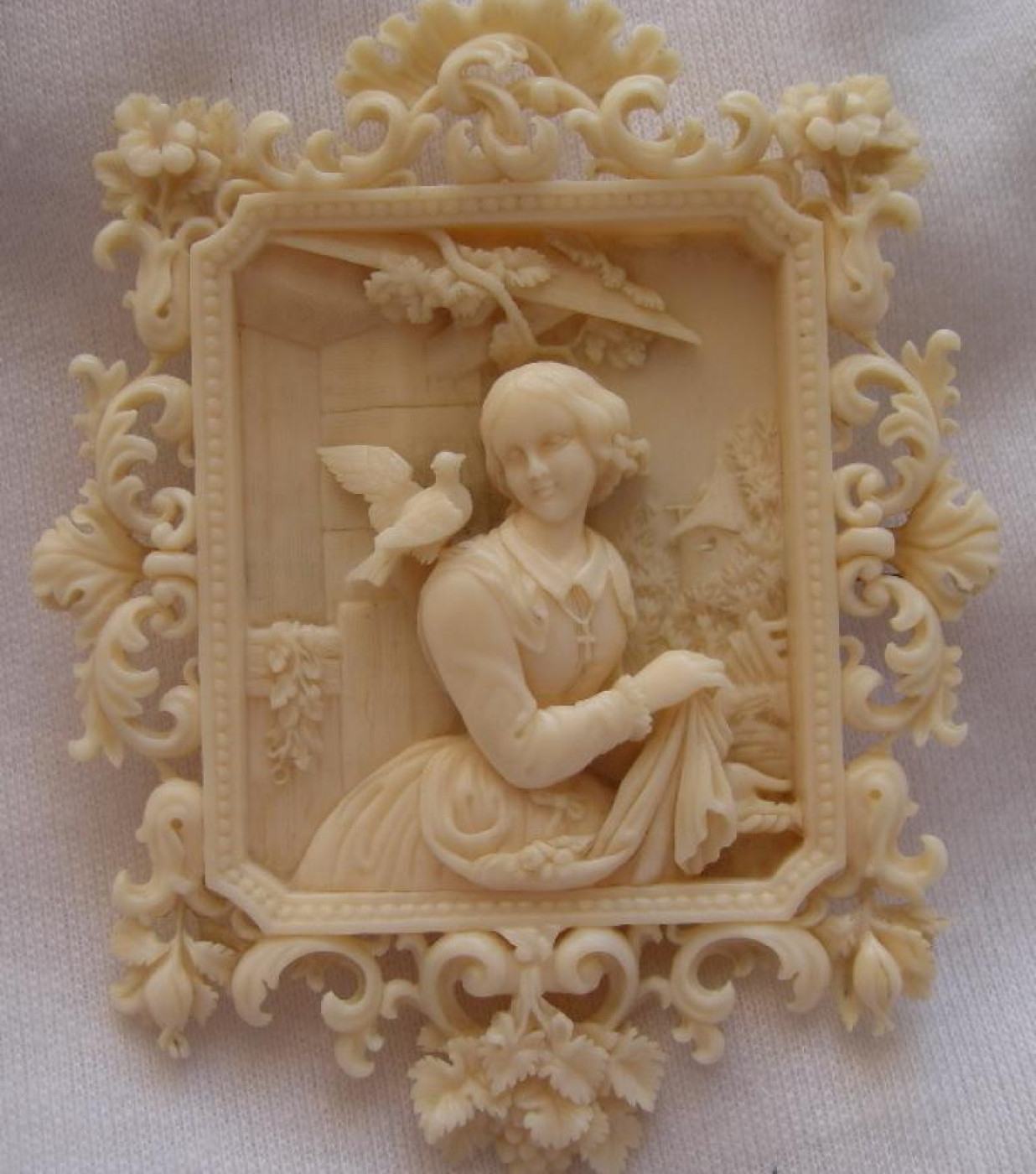 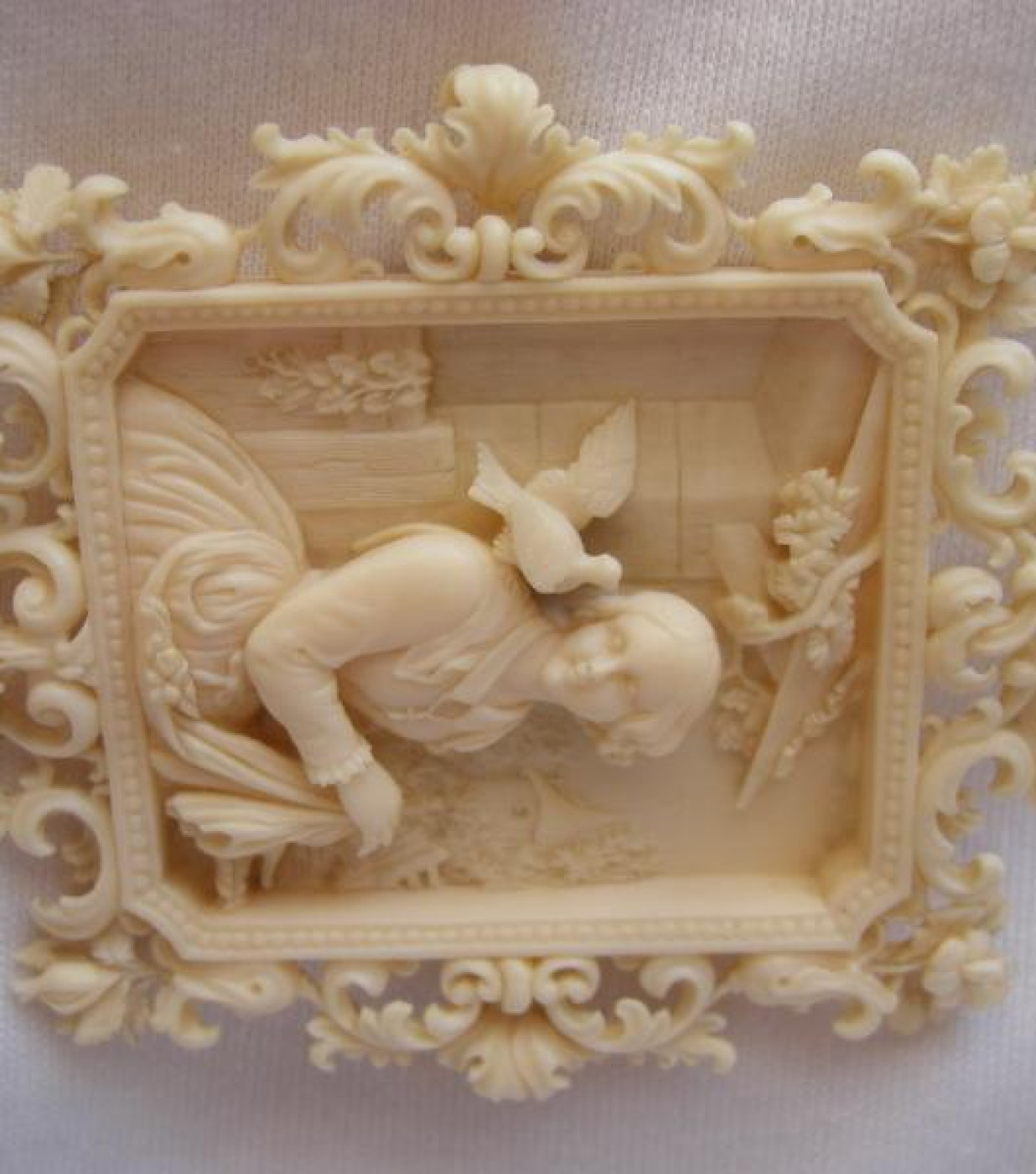 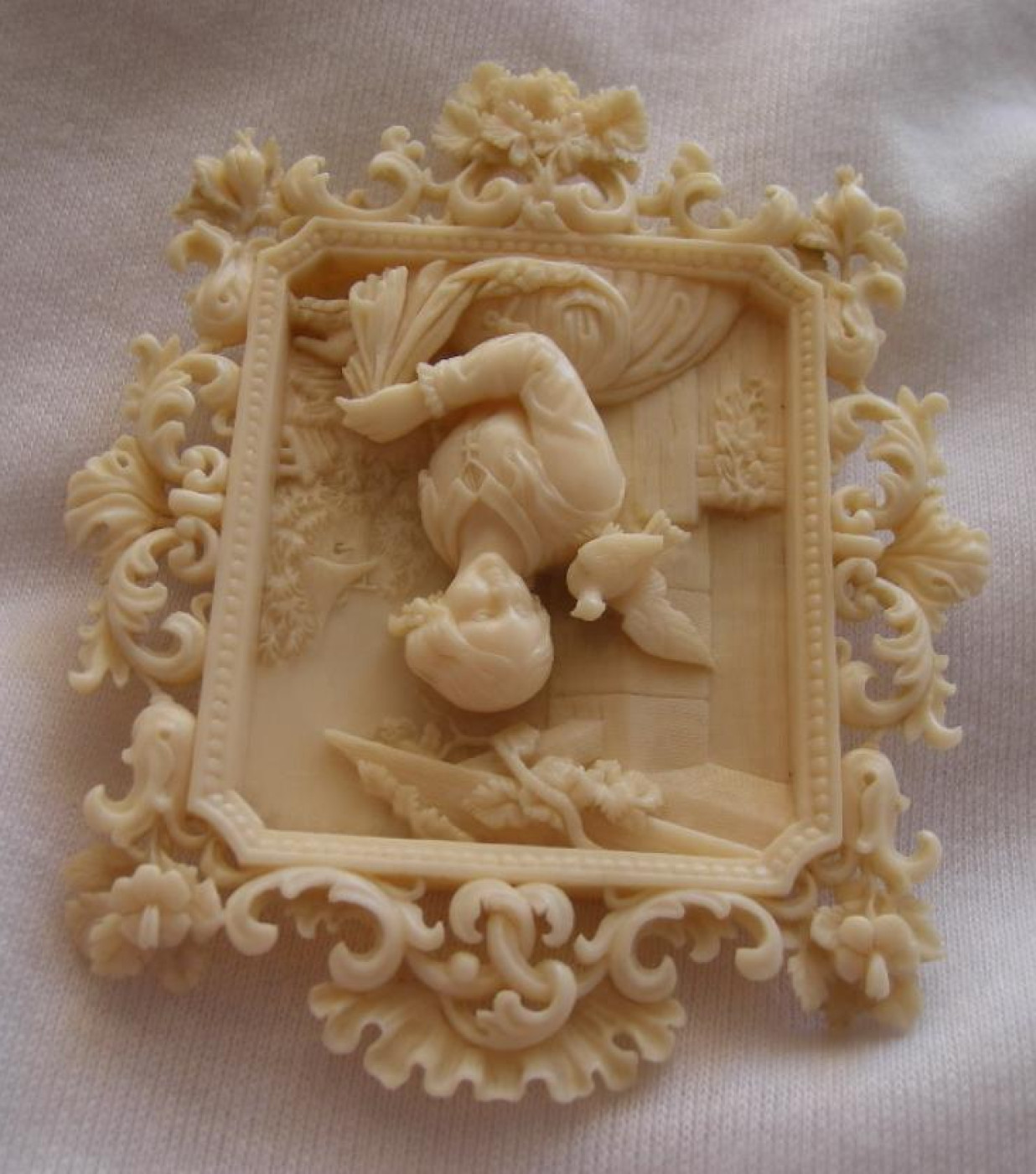 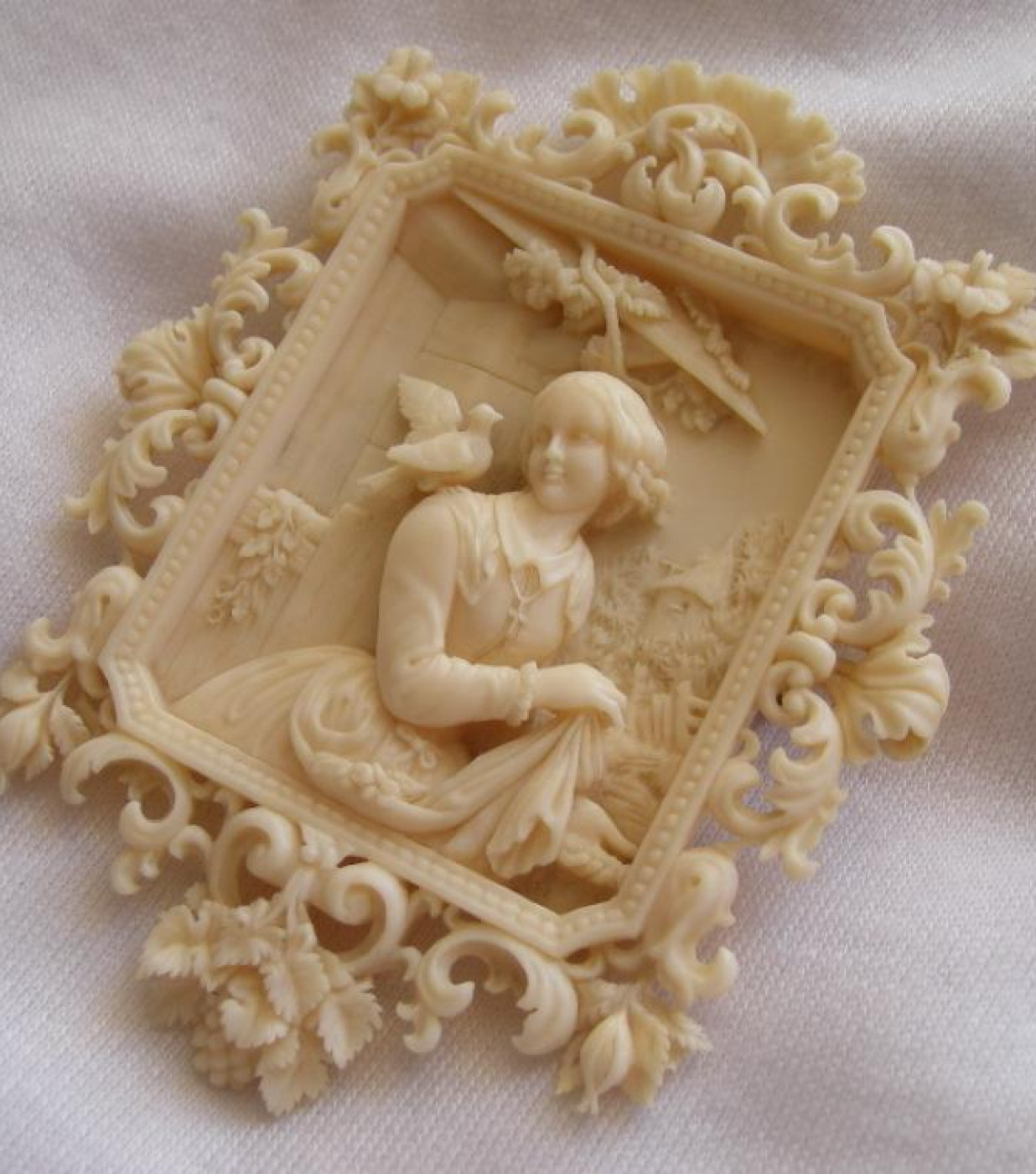 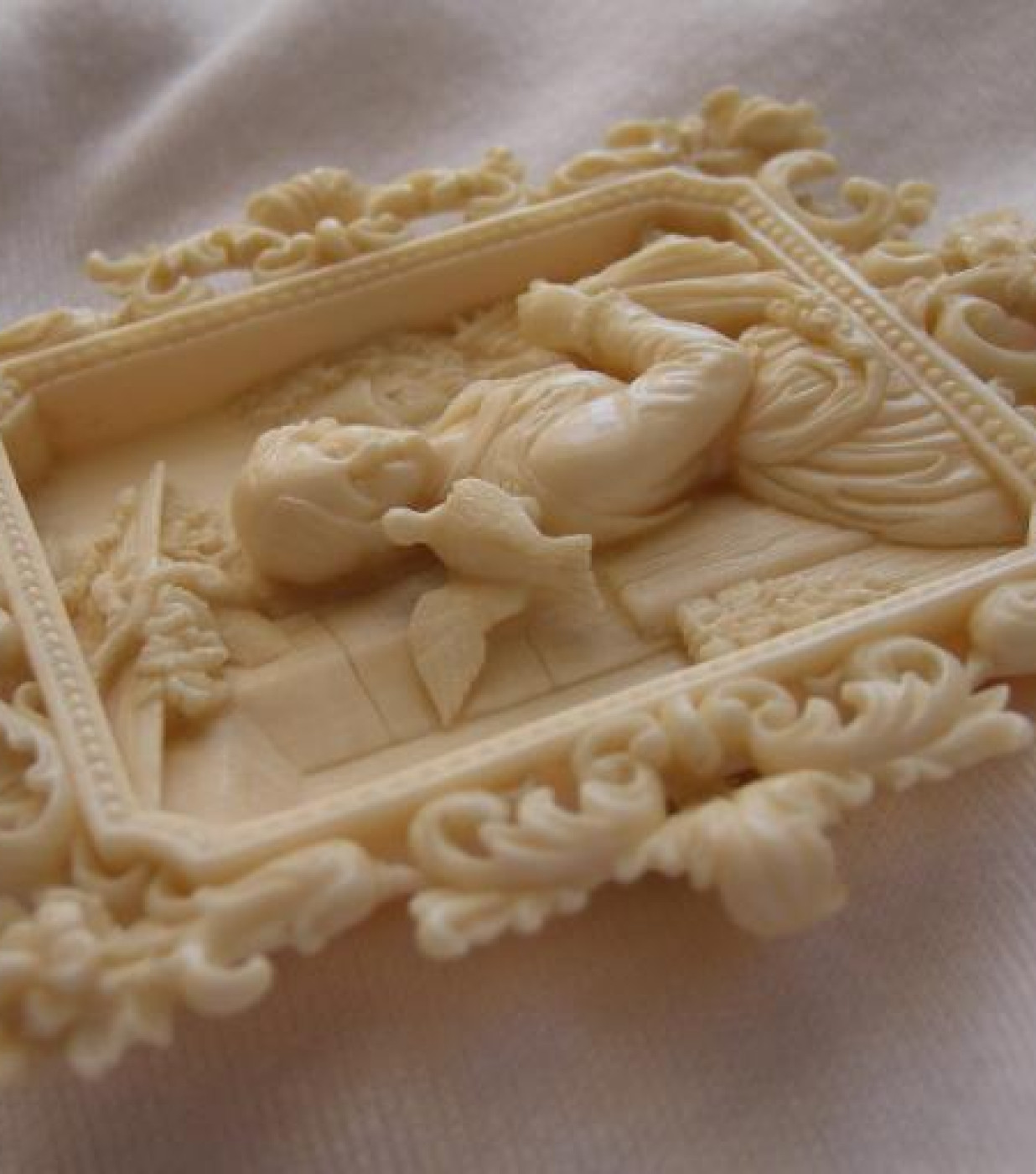 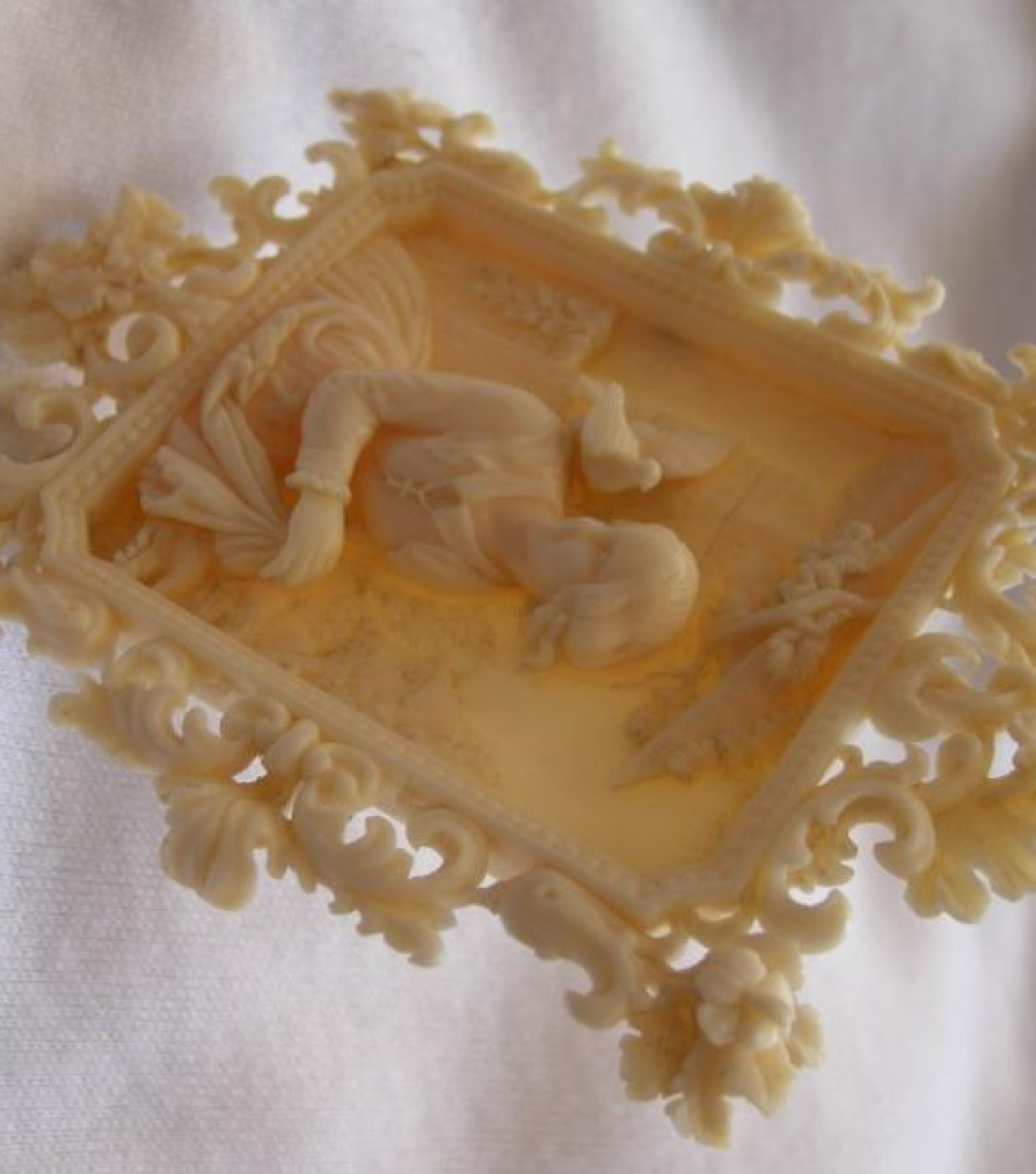 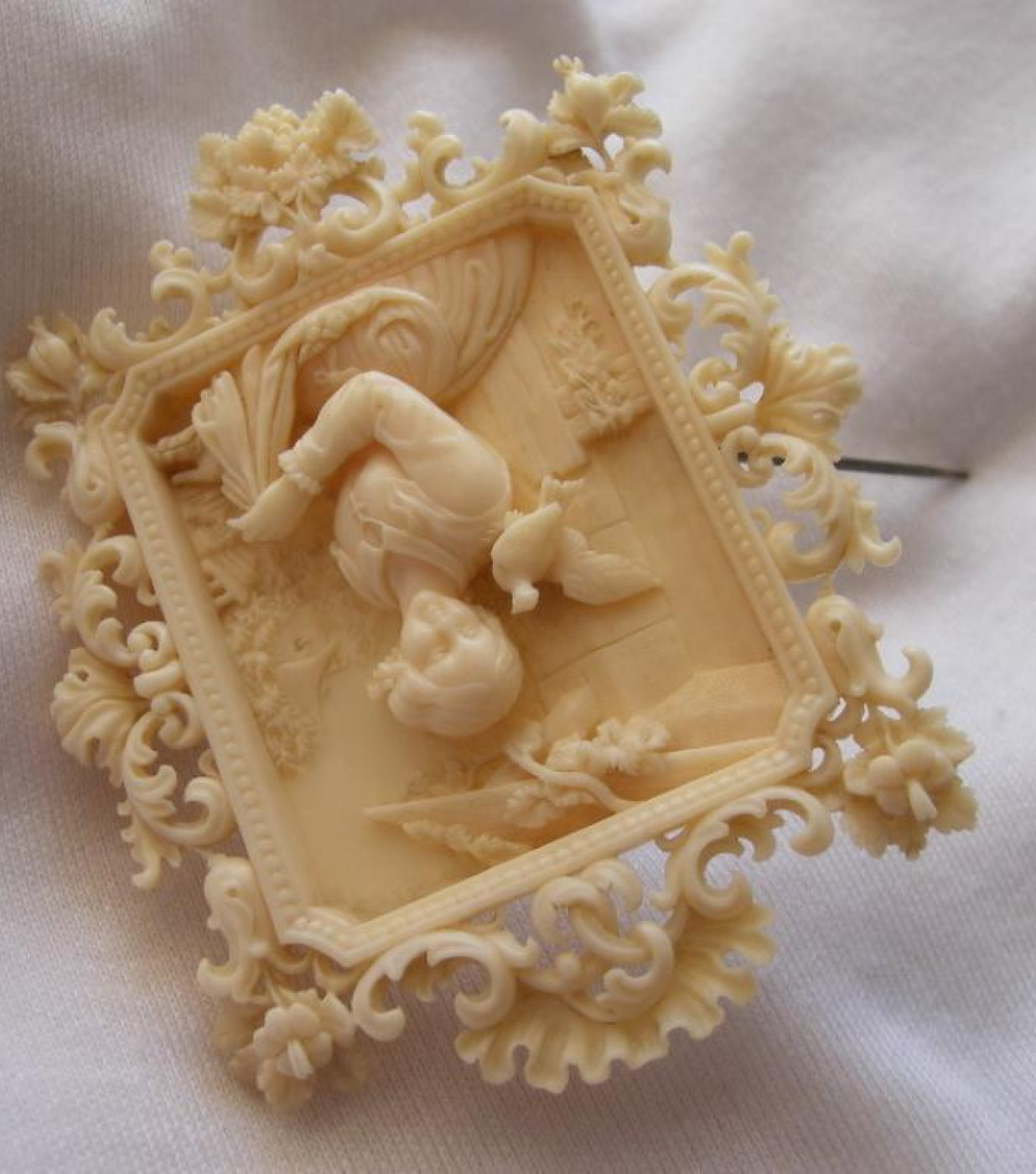 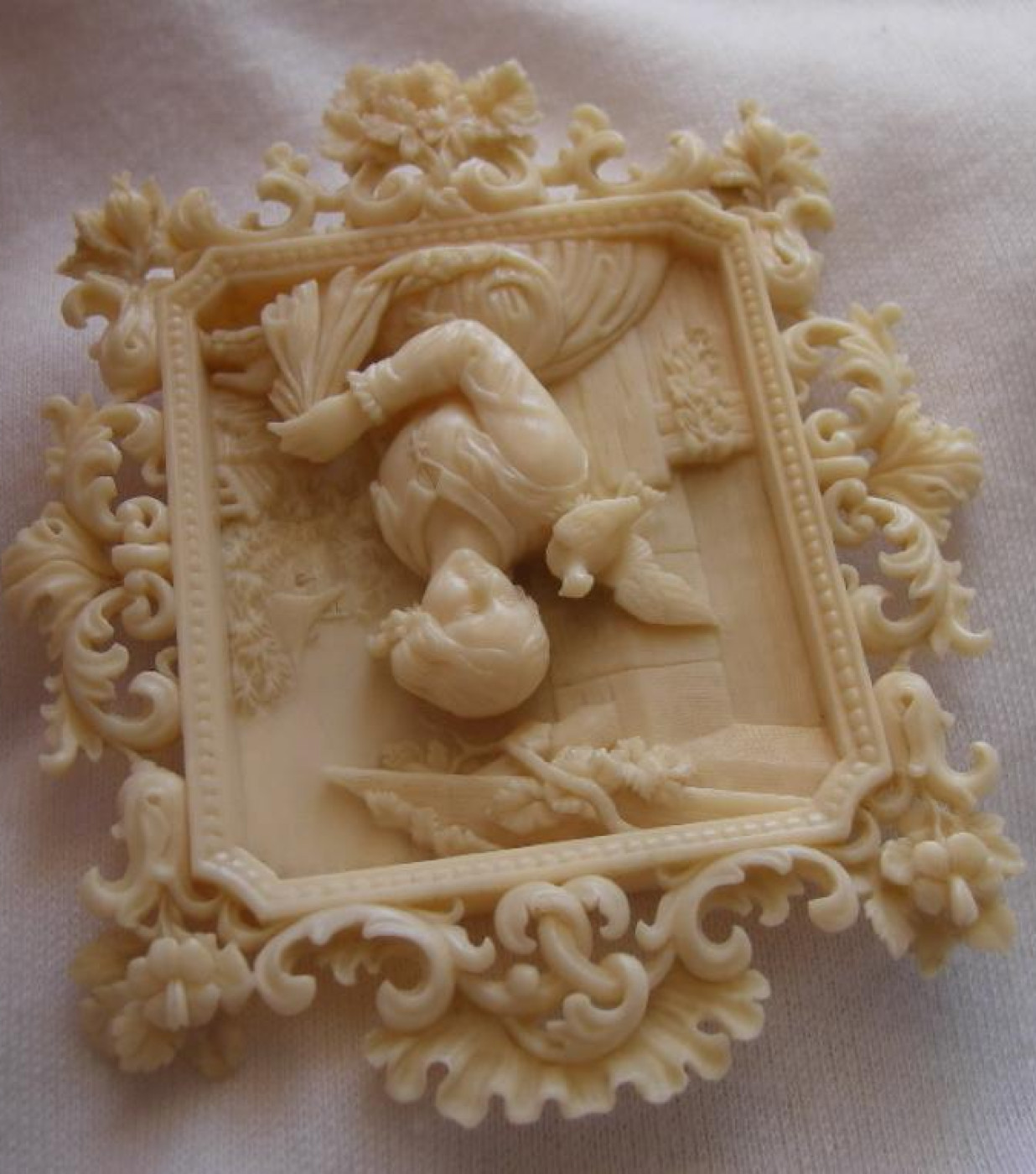 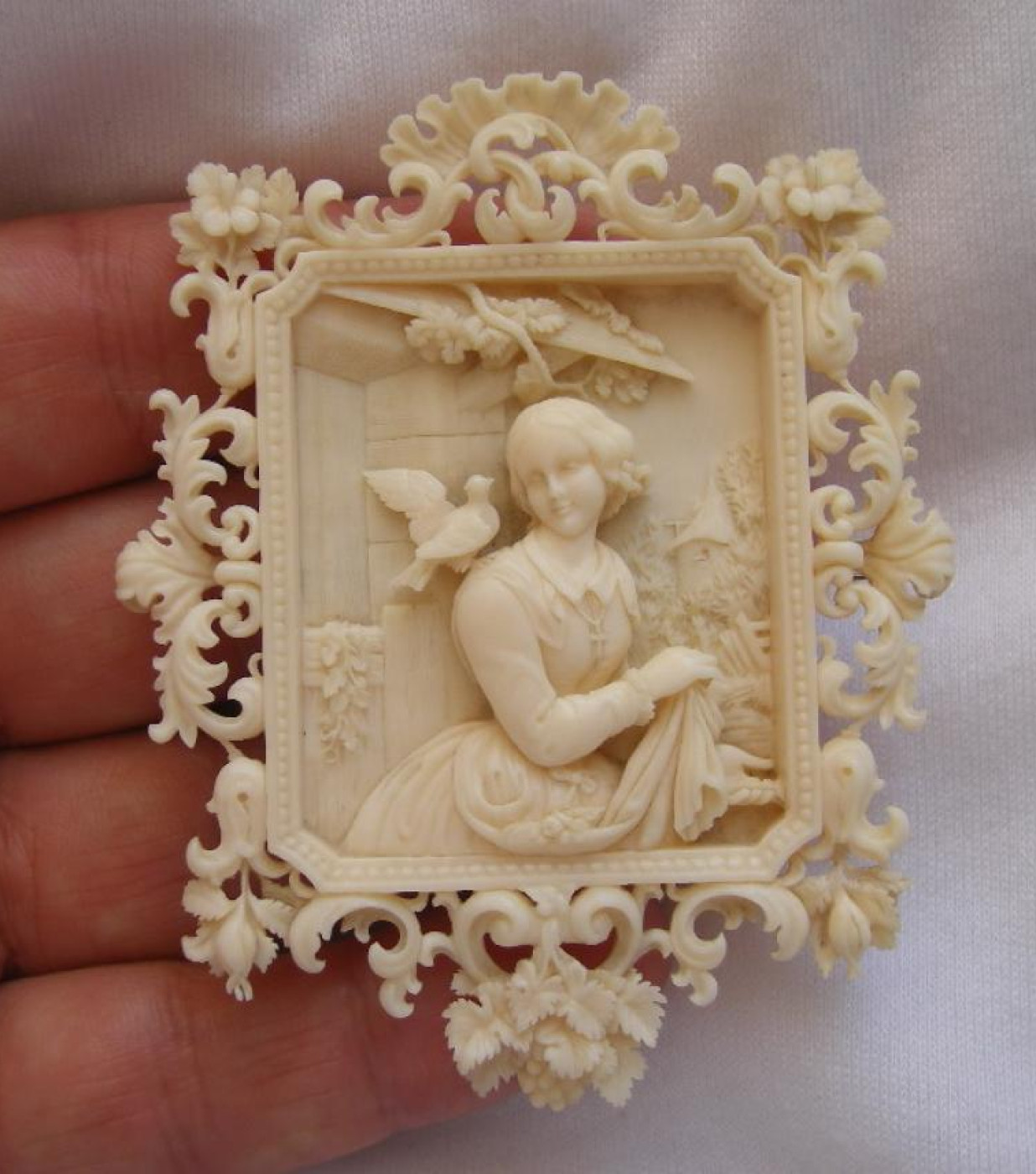 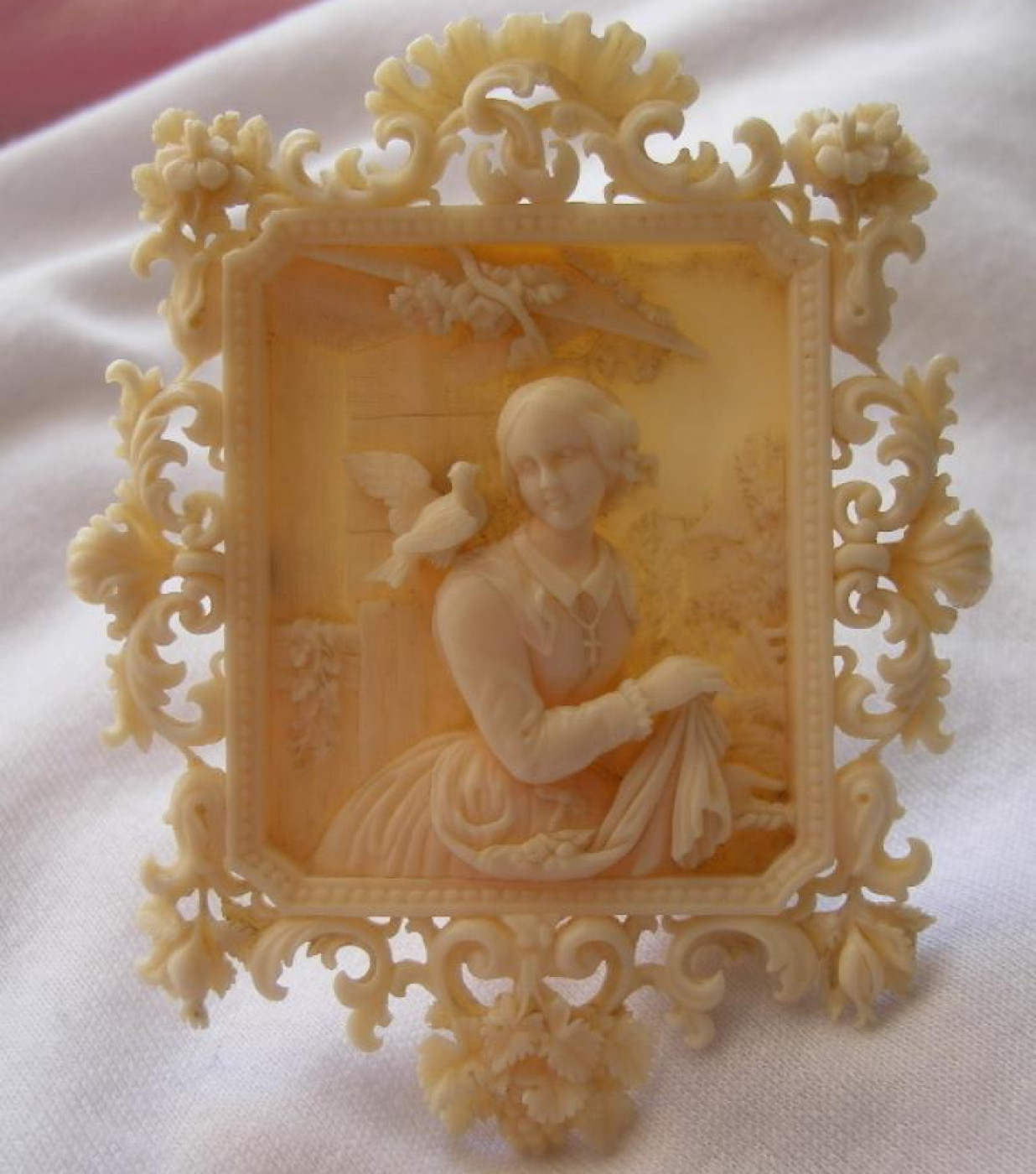 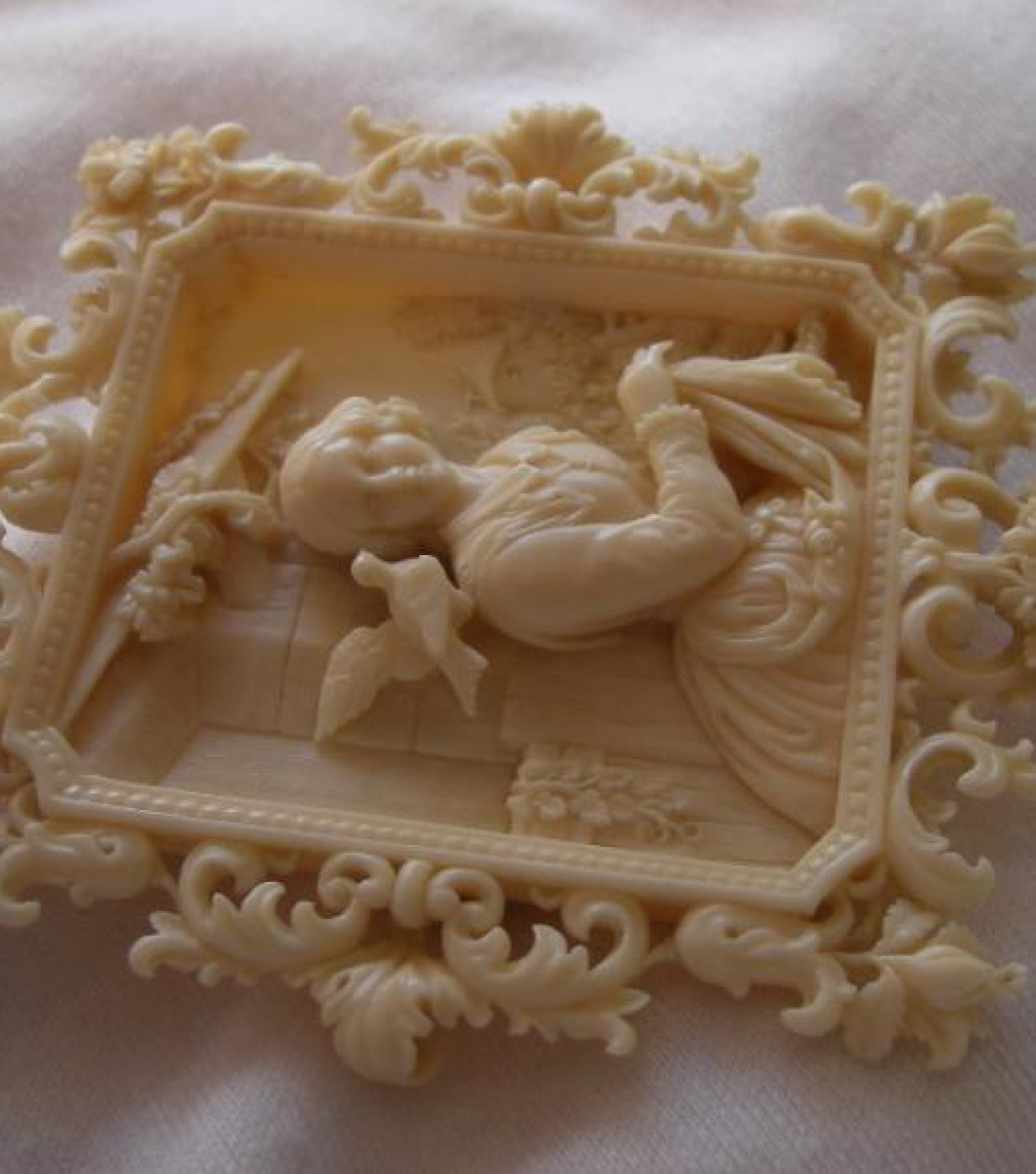 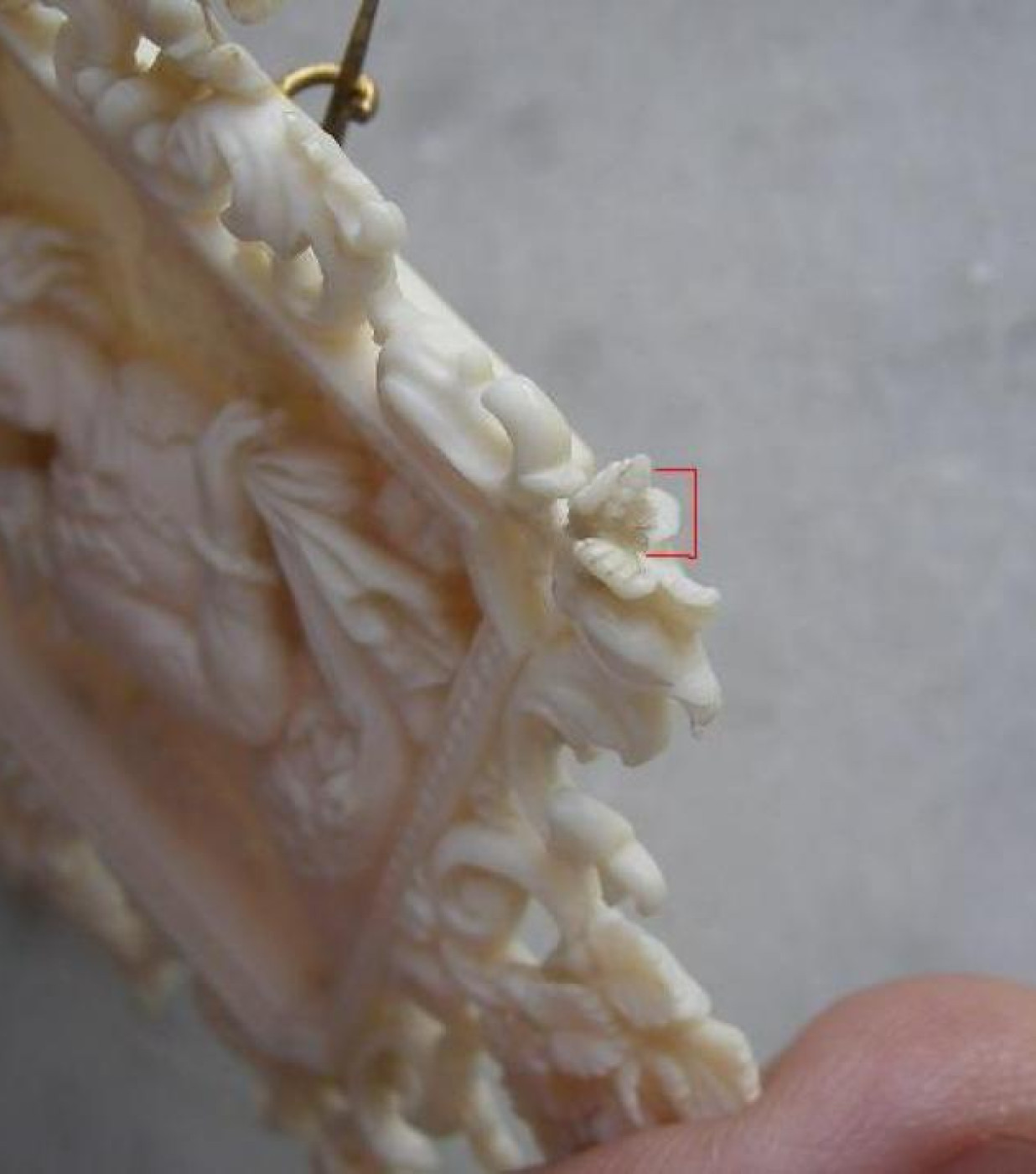 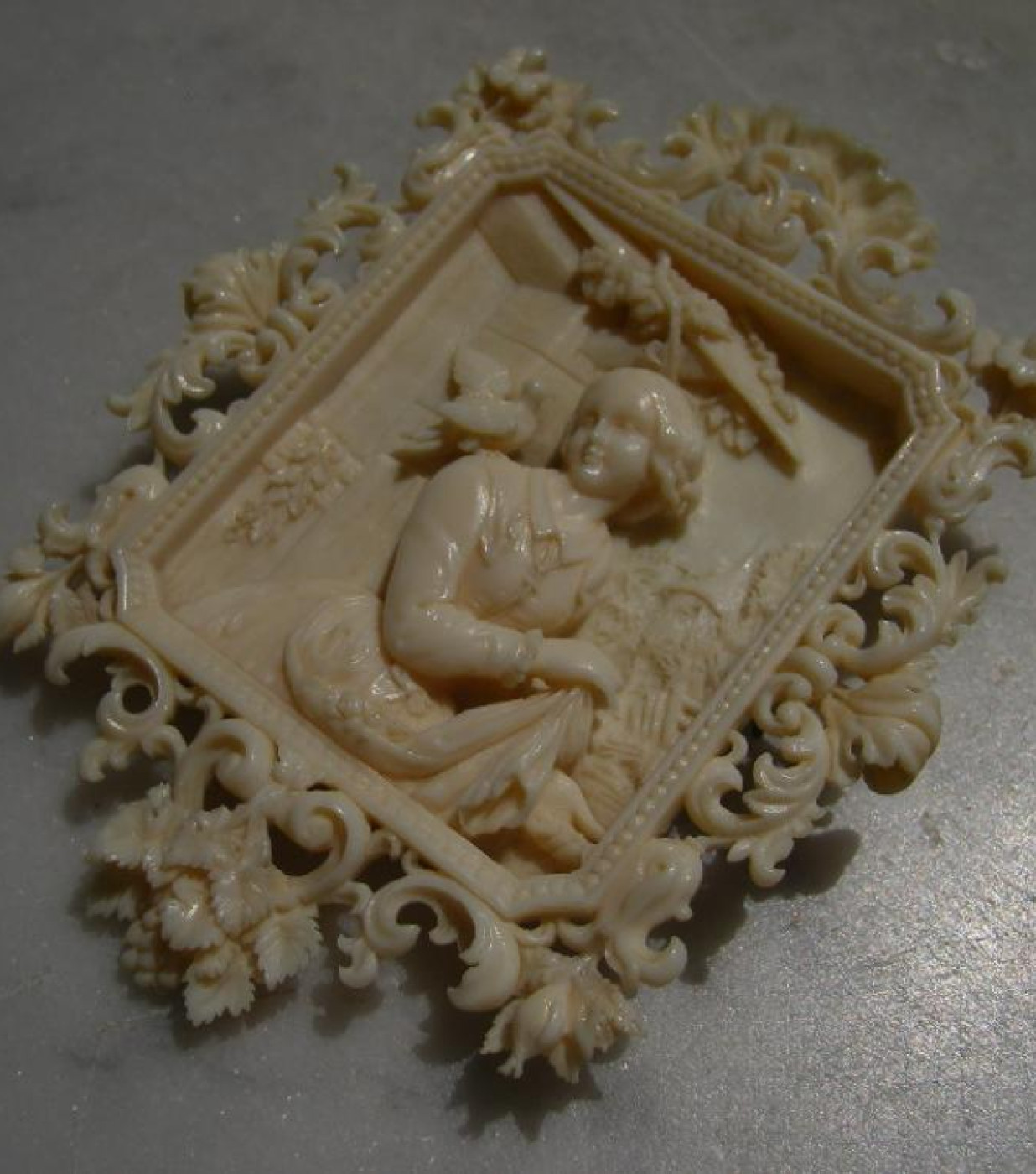 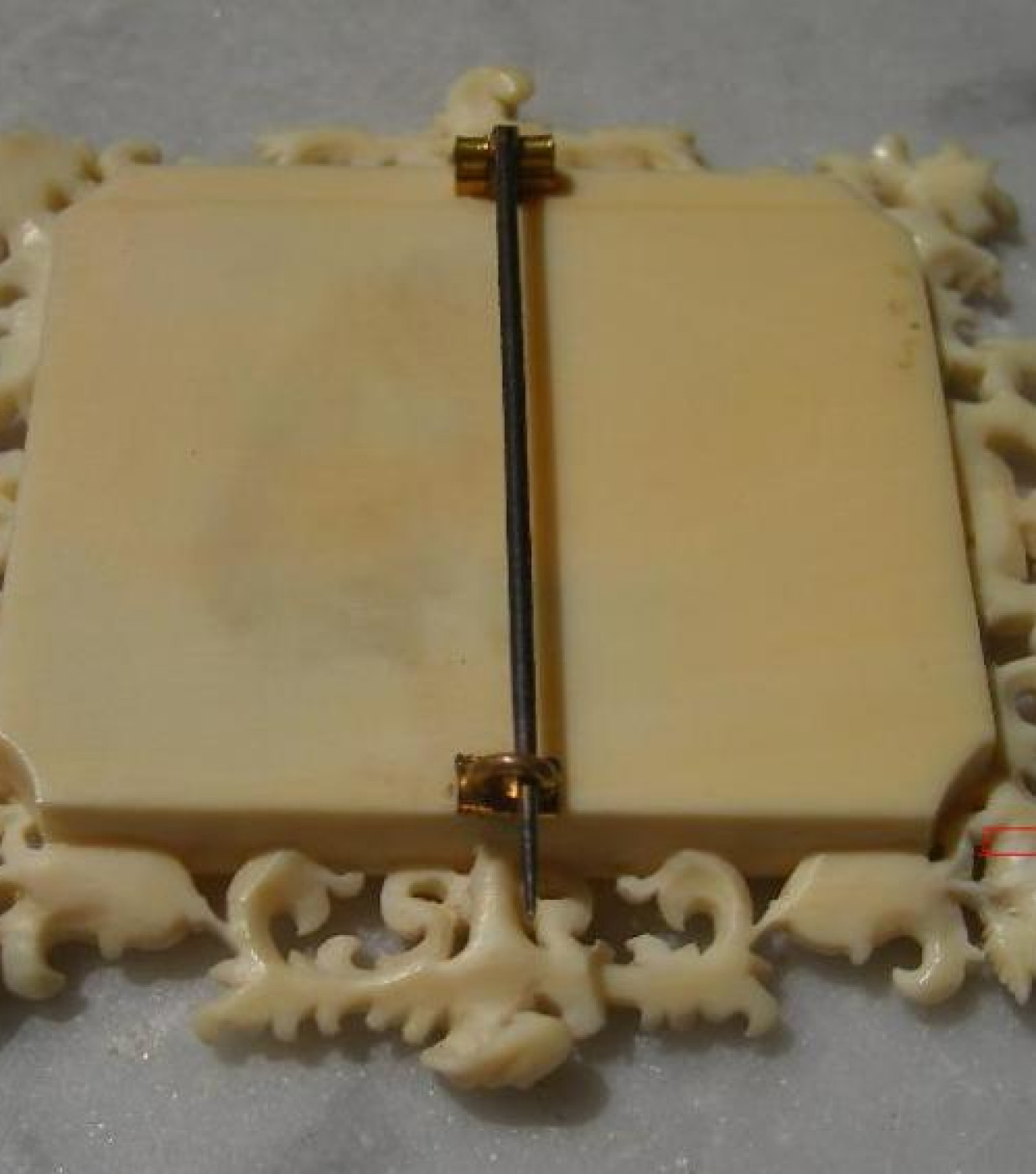 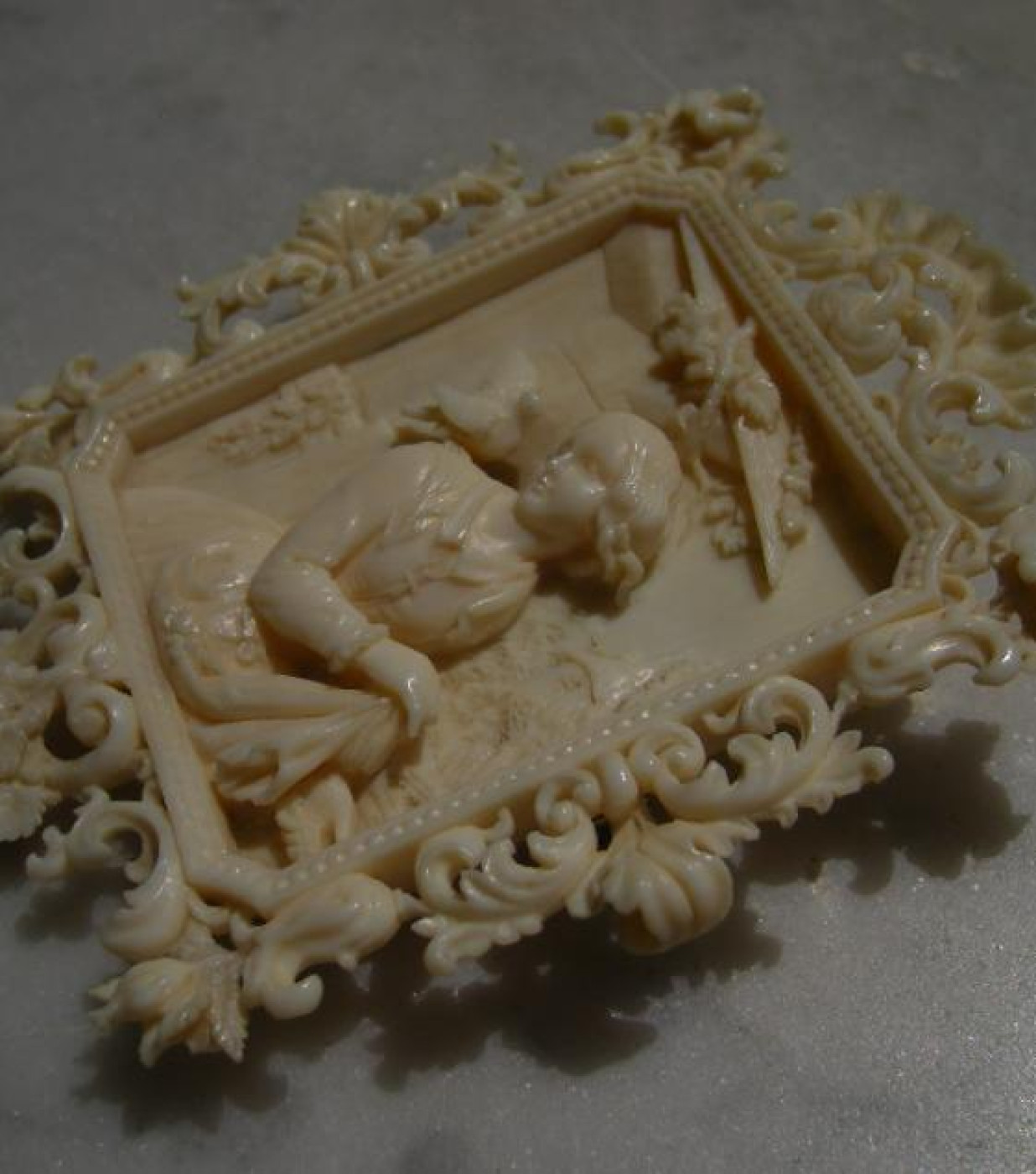 More than Museum Quality three-dimensional ivory cameo carved to depict the Allegory of the Purity or of the Innocence. The era of this cameo is circa 1840/1850, surely carved in Dieppe, France, one of the capitals of the ivory carving during the Georgian and Victorian era. I don't think that I have to spend many word for this one, the pictures speak by themselves. Every small details is perfectly carved, from the dove on her shoulder to her scarf softly put on her shoulders. From the crucifix she wears to the ruffled wrist sleeves. A thing that caught my eyes, and it is incredible, is the little stick which comes out of the small window of the tower on the background. This to demonstrate that even the smallest detail is masterly rendered in this artwork. Her face expression is amazing, a mix of innocence and sensuality so well rendered. Look how her expression changes putting the cameo under different lights. I have never seen something like this one and I really can affirm that this is a unique artwork. The ivory frame is just like an embroidery, flowers and leaves and intricate curves. An artwork around another one. I have put so many pictures of this cameo so that you can see it from different angles and under different lights, so be patient while the pictures load. This is one of most beautiful cameos I have ever seen, the pictures speak by themselves. A very desirable collectors piece, rare and more than museum quality cameo.