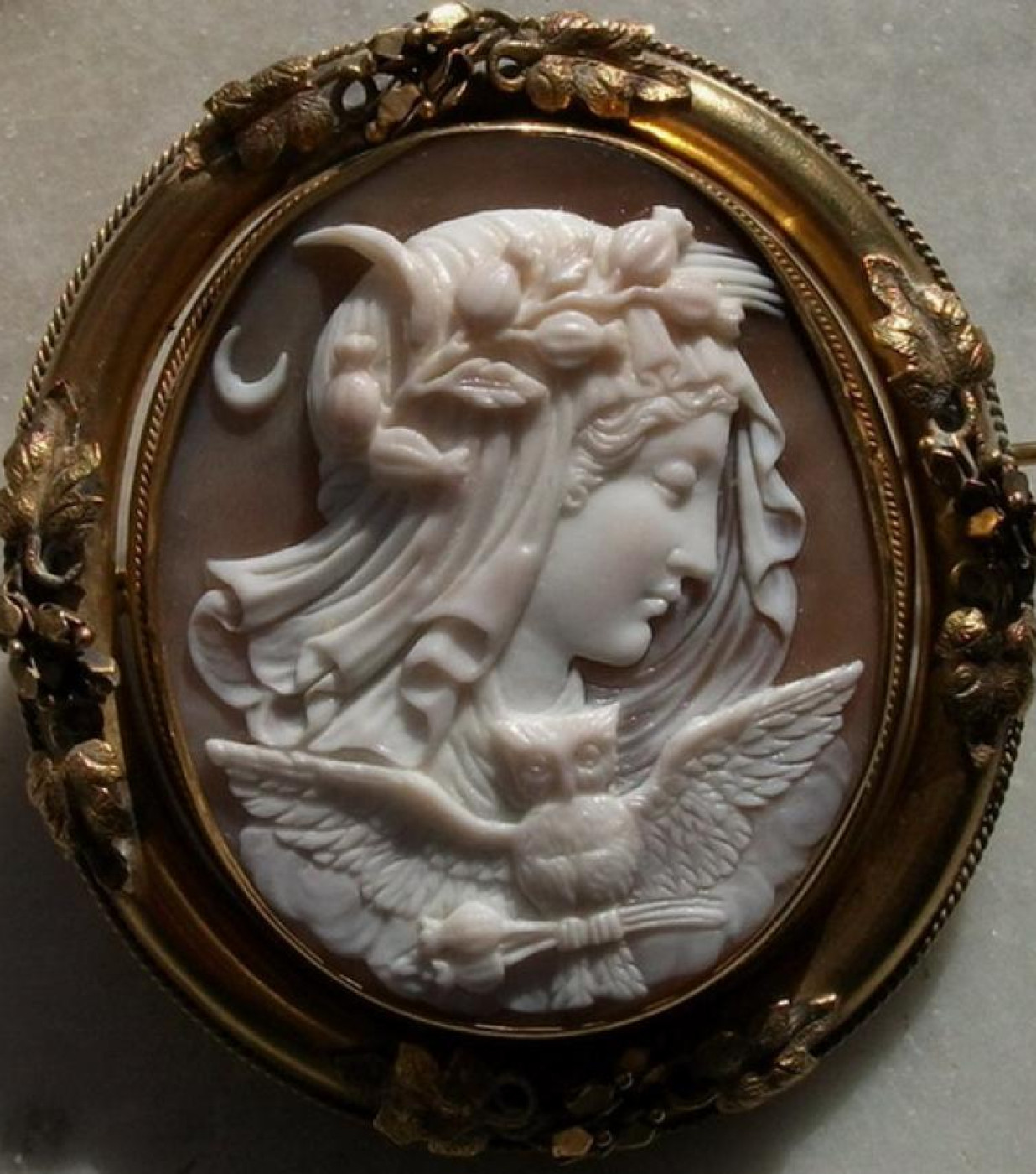 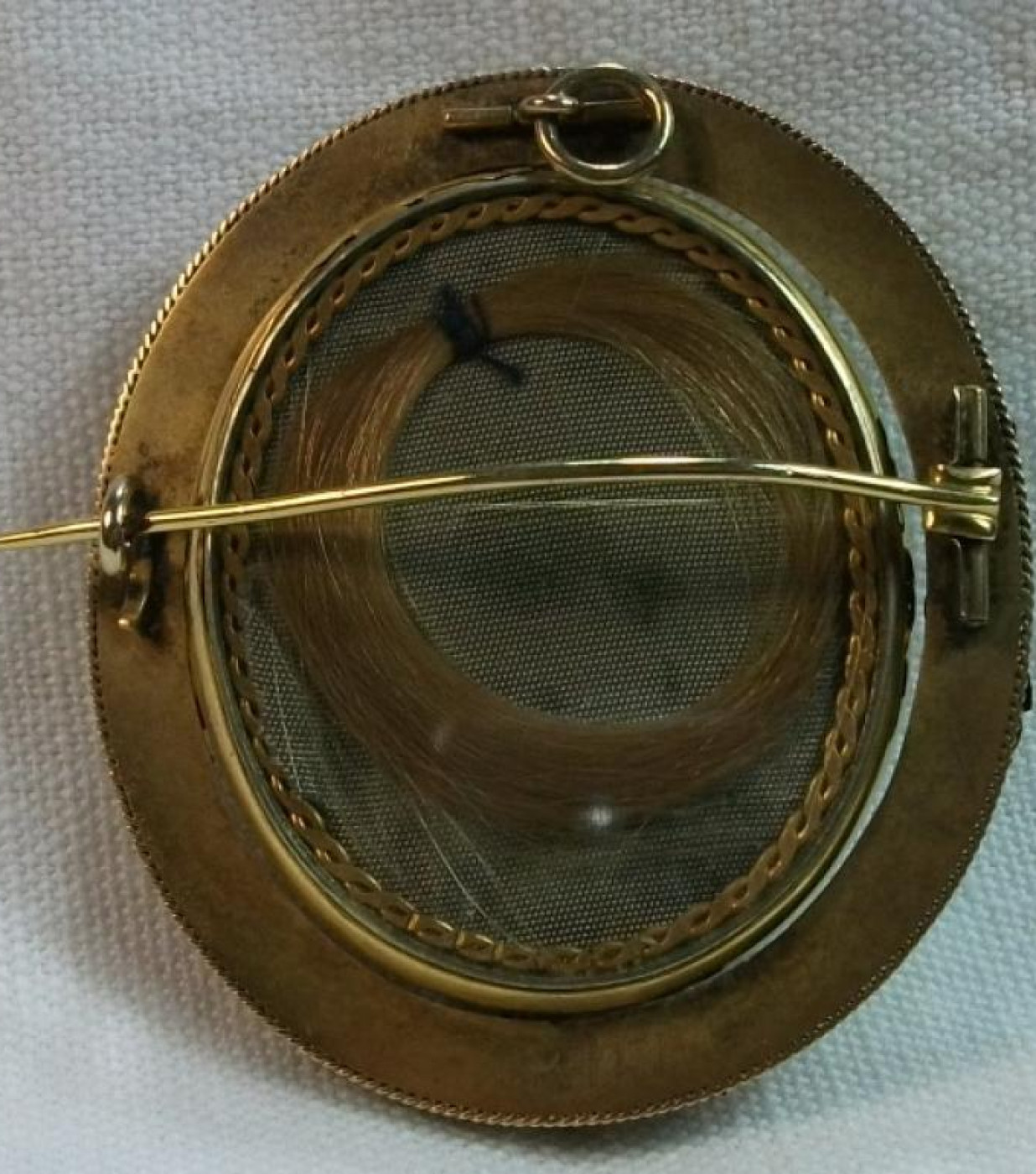 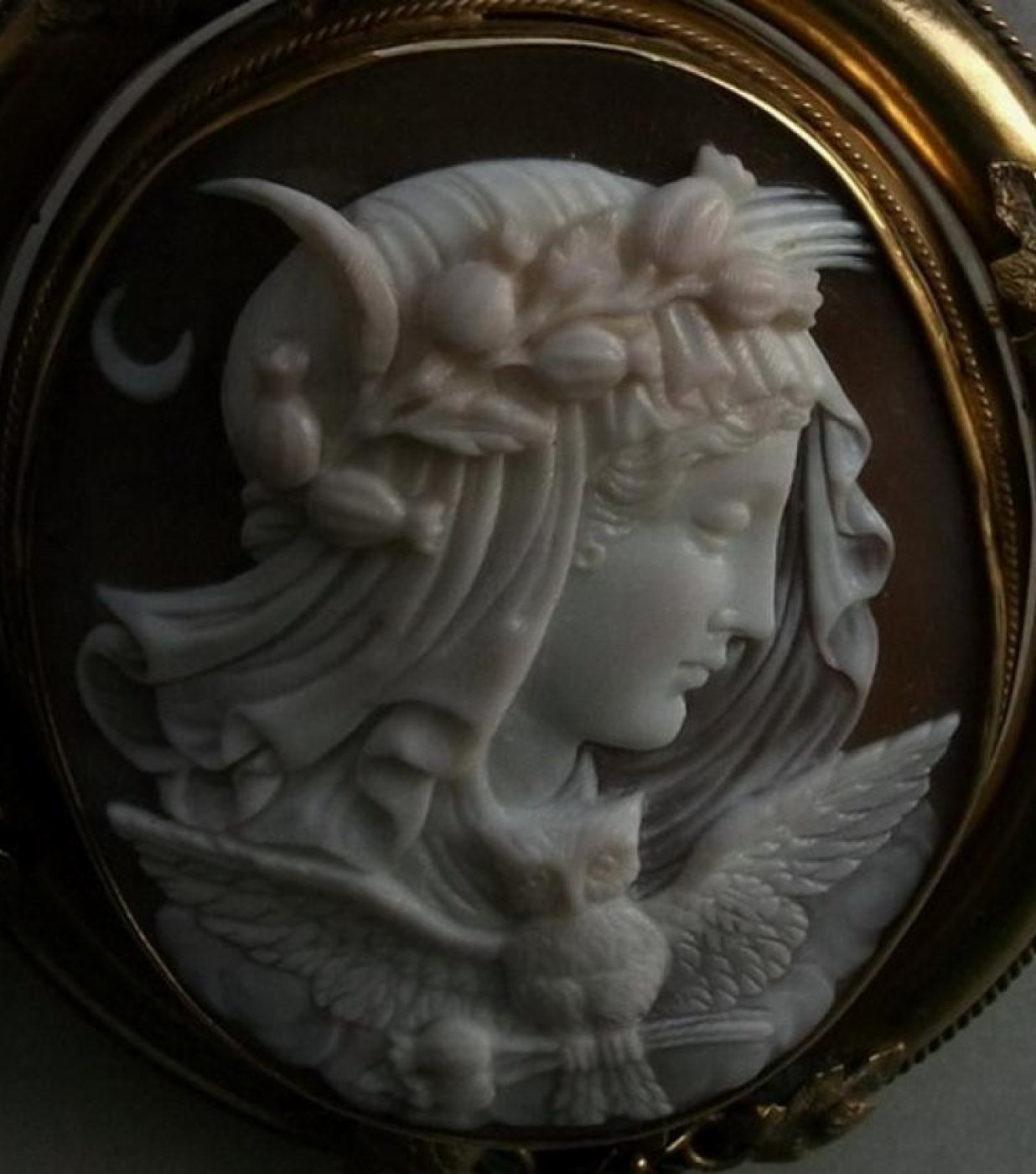 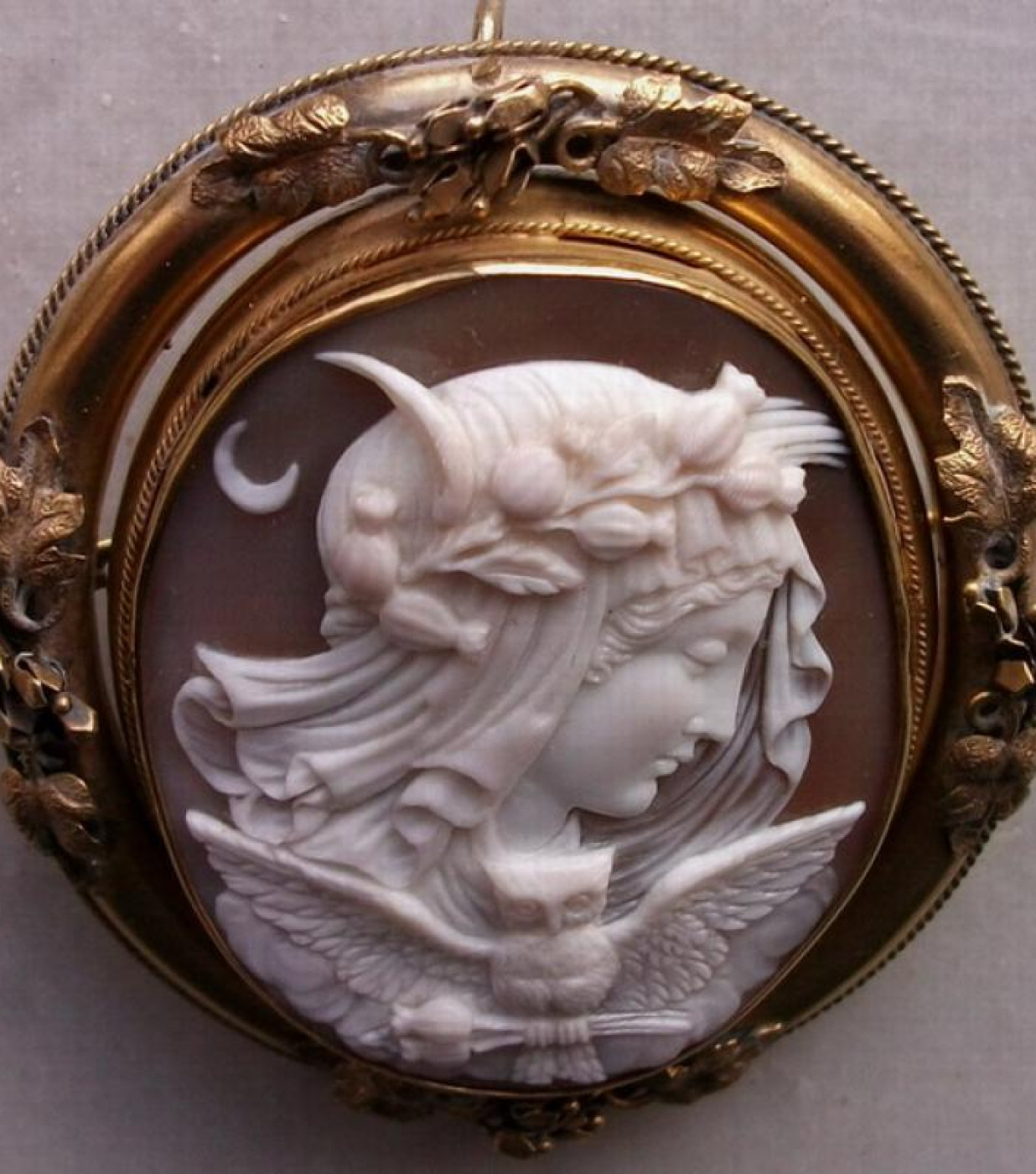 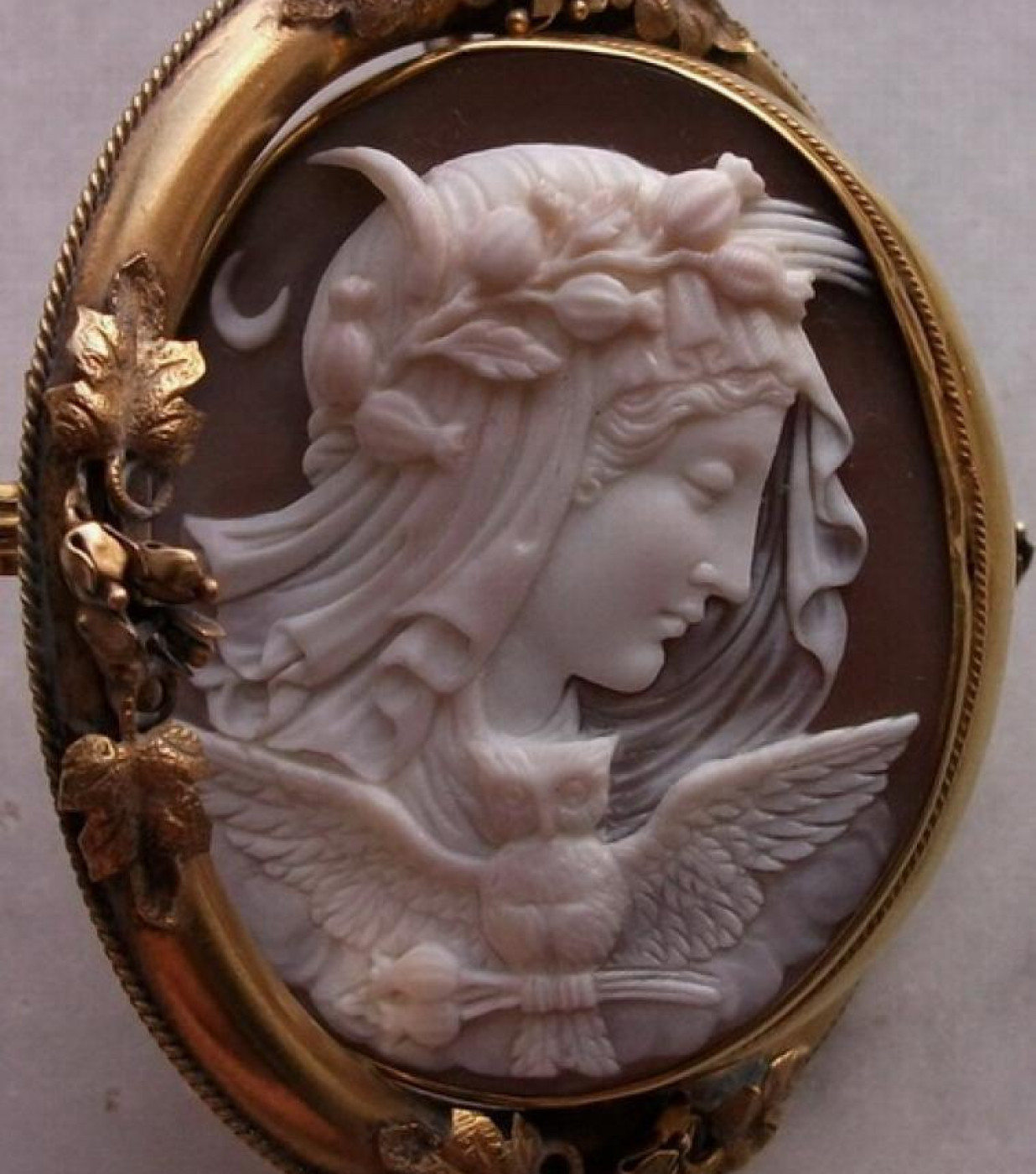 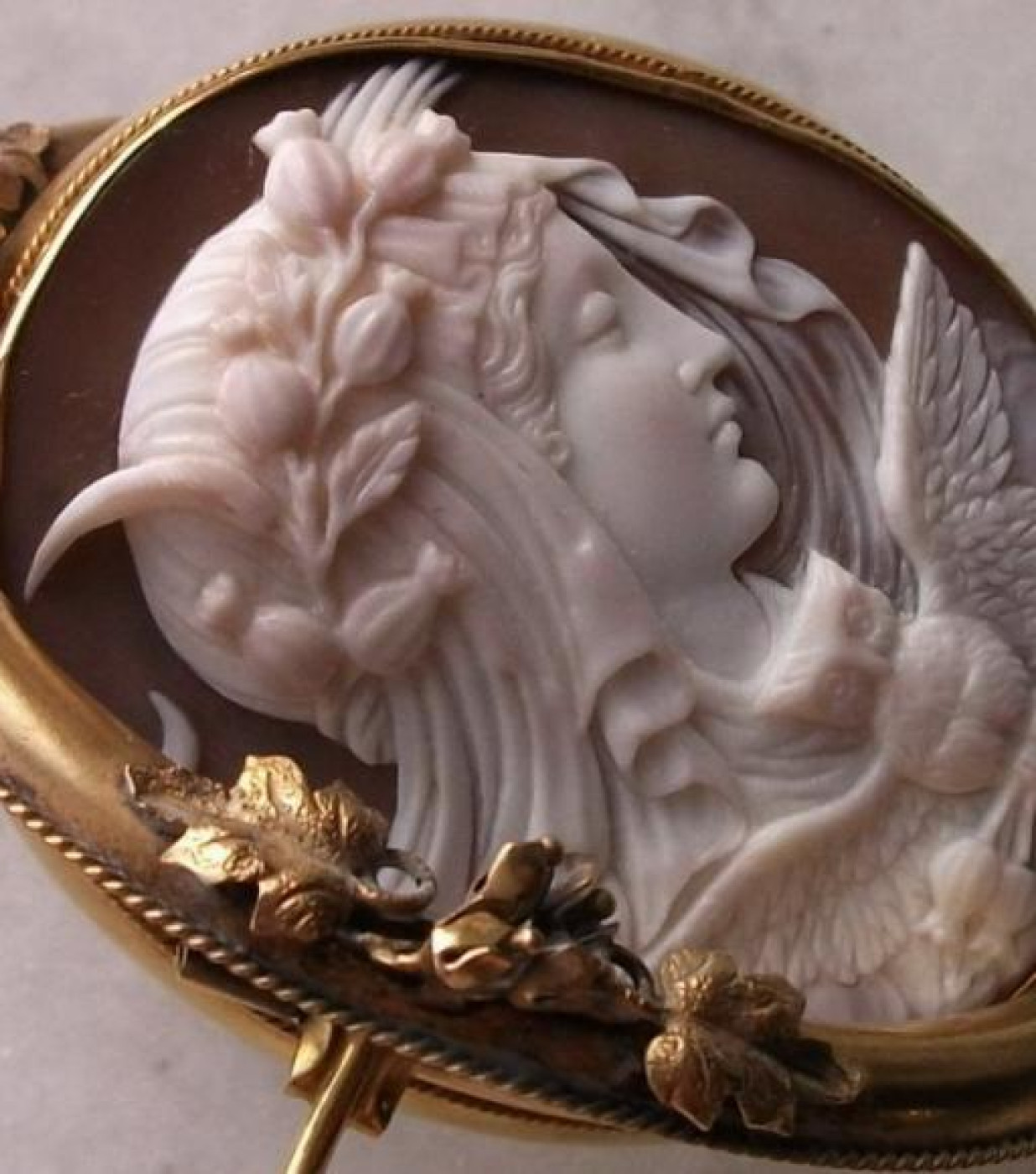 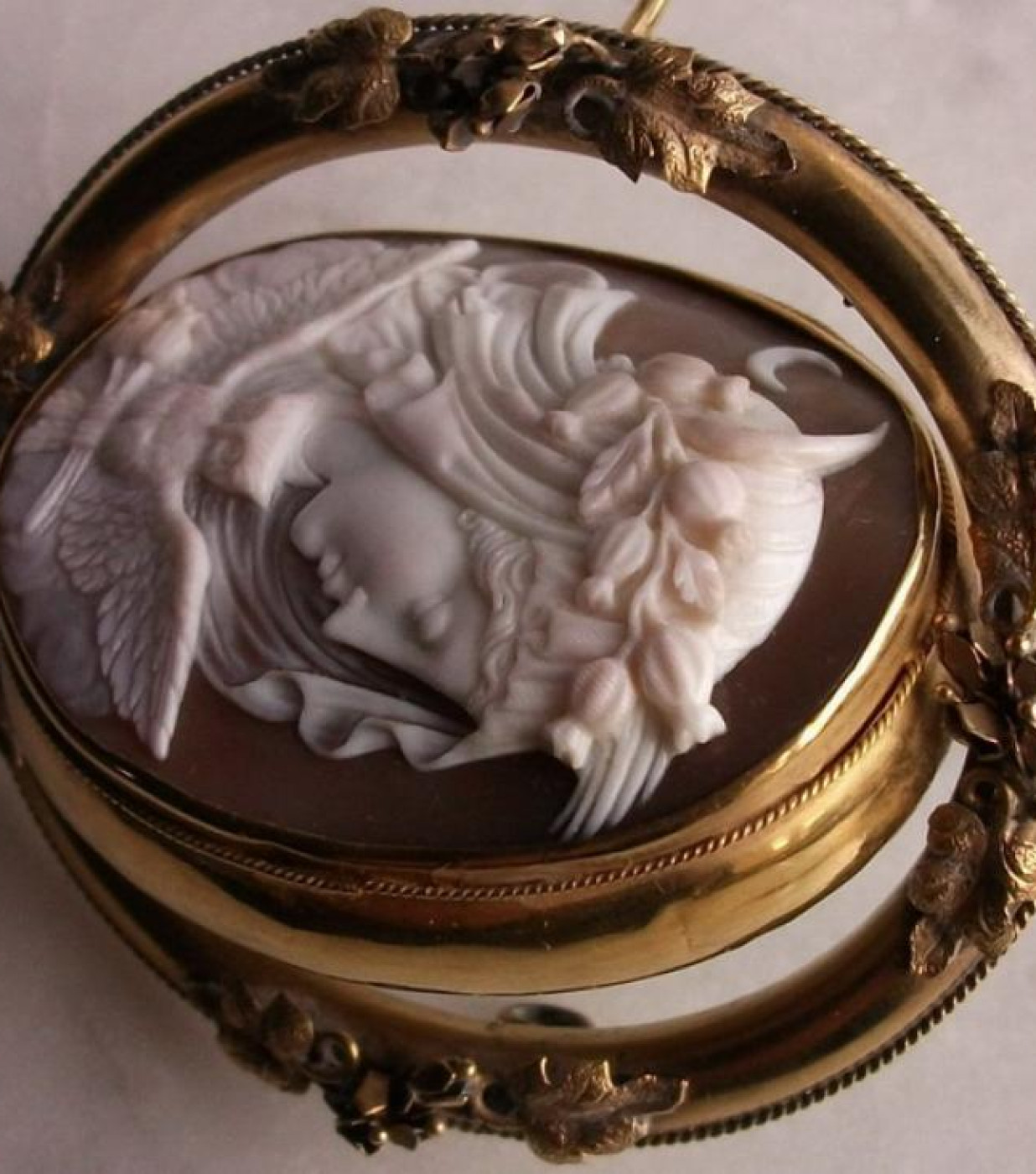 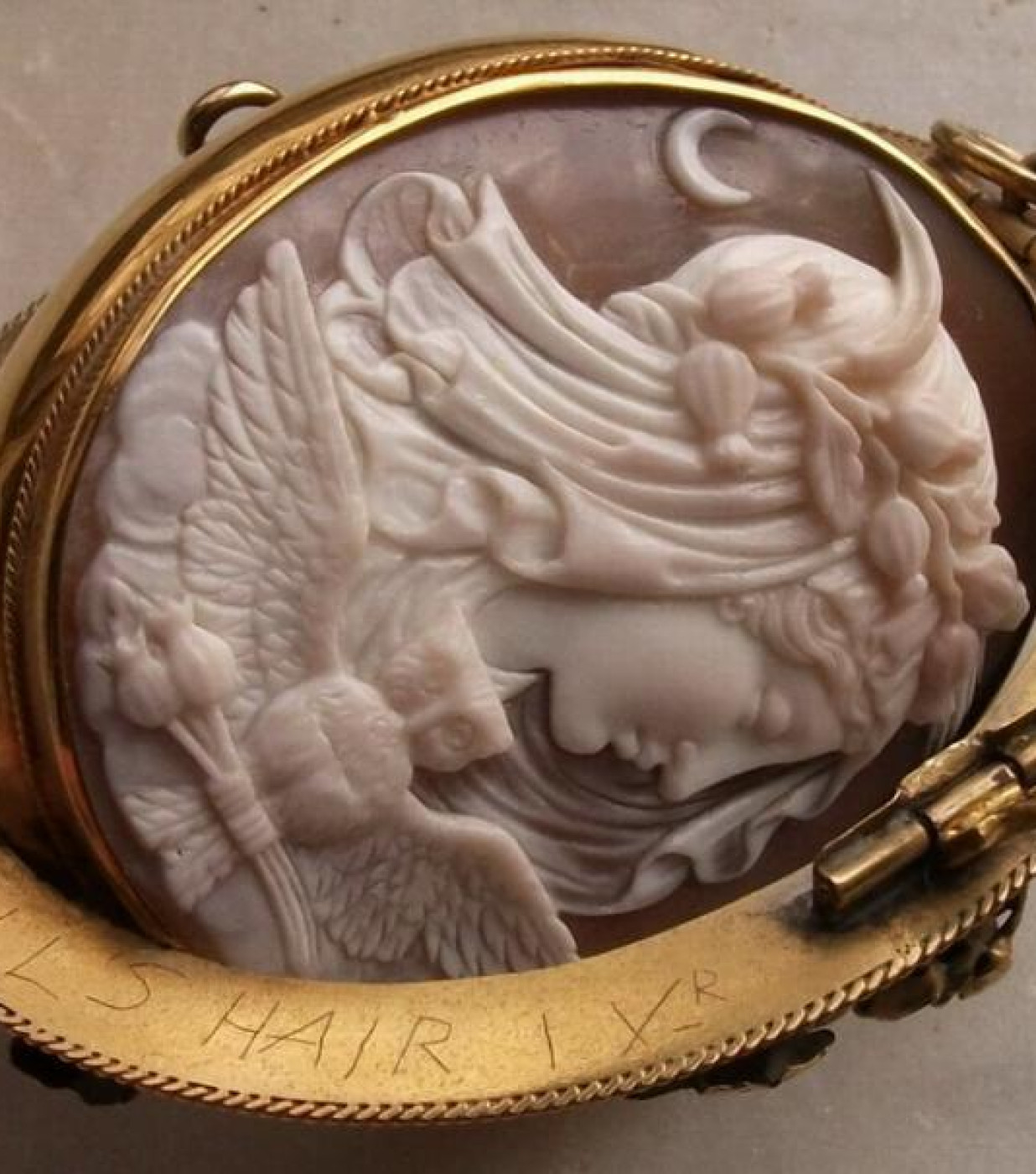 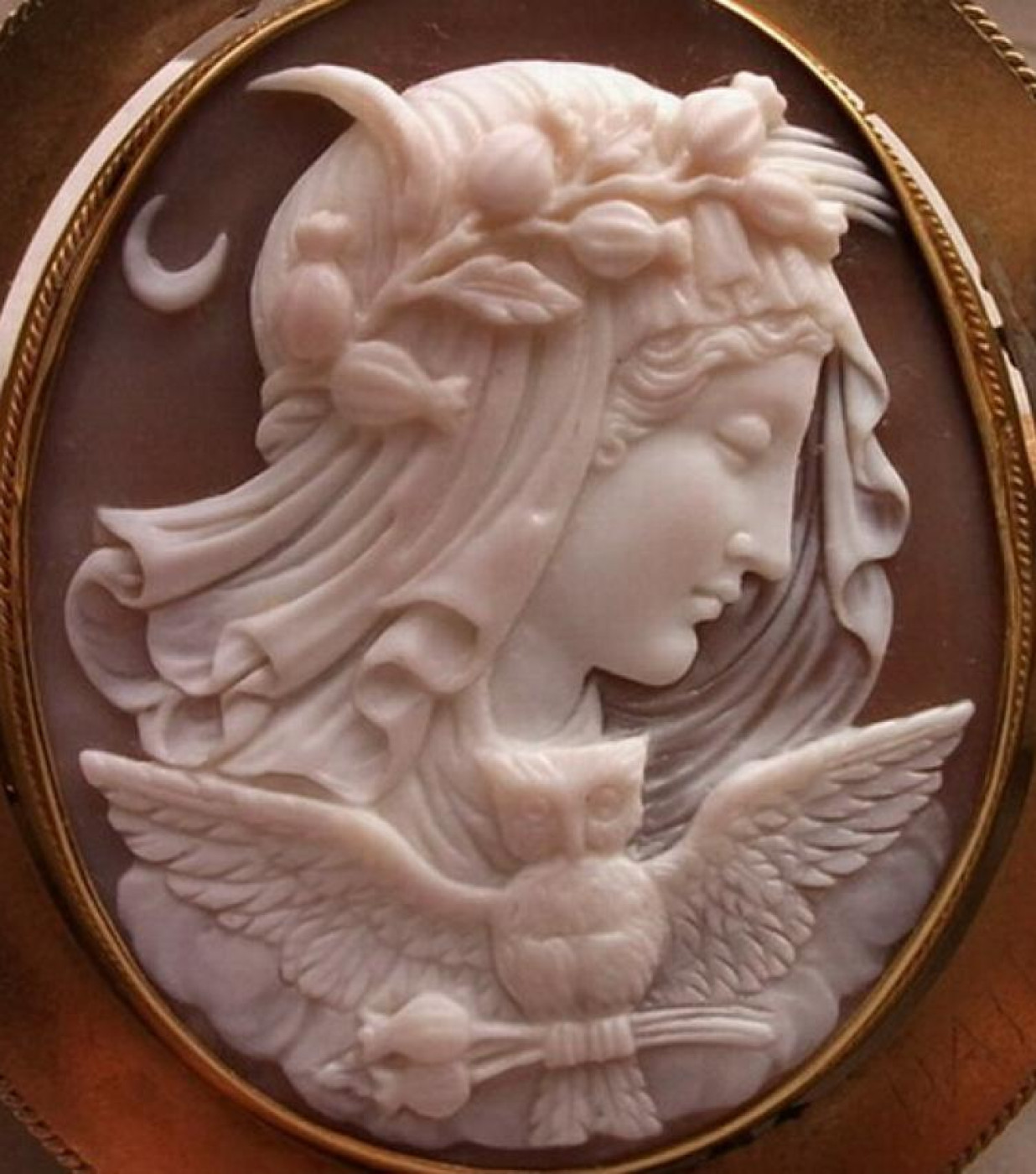 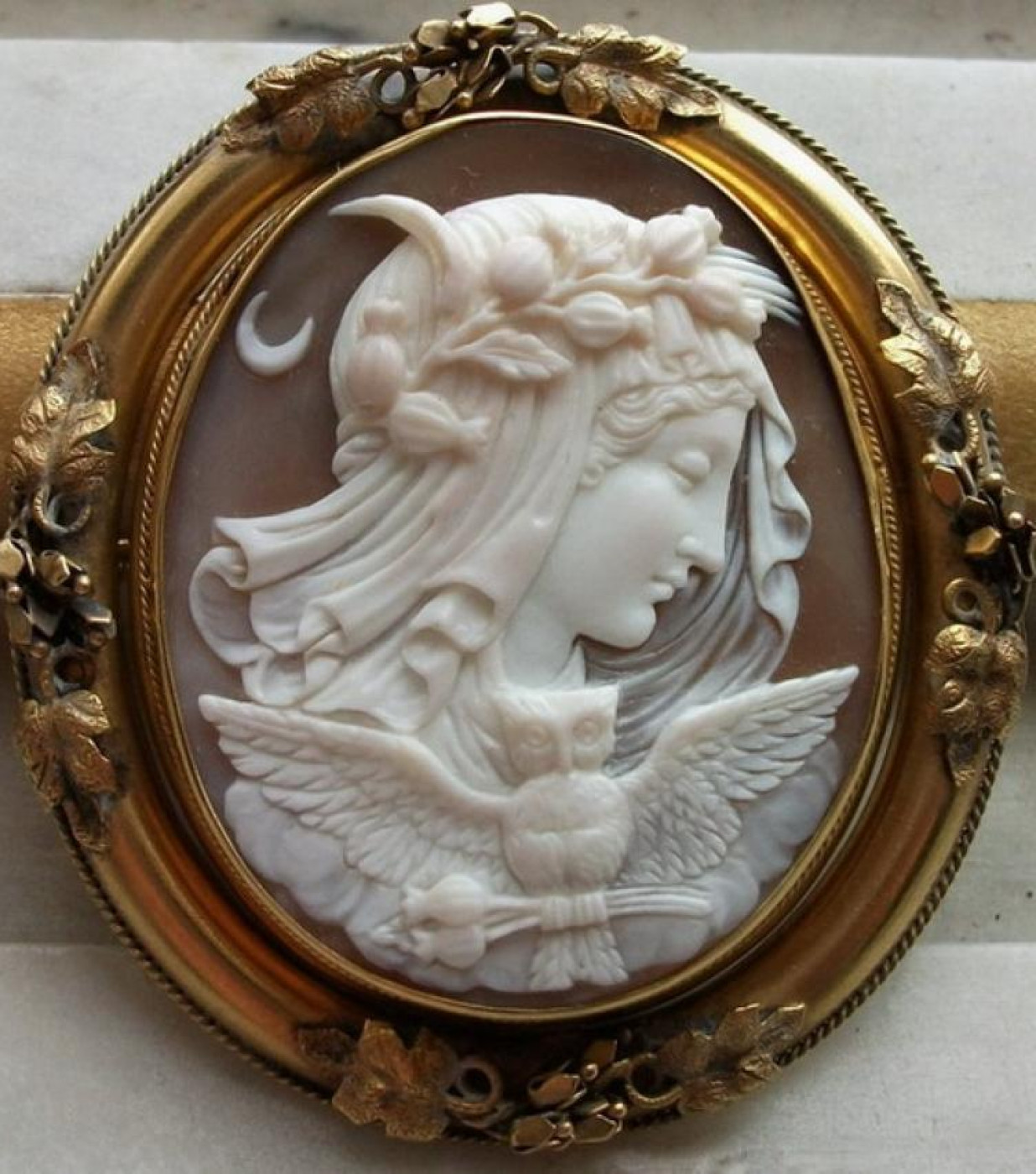 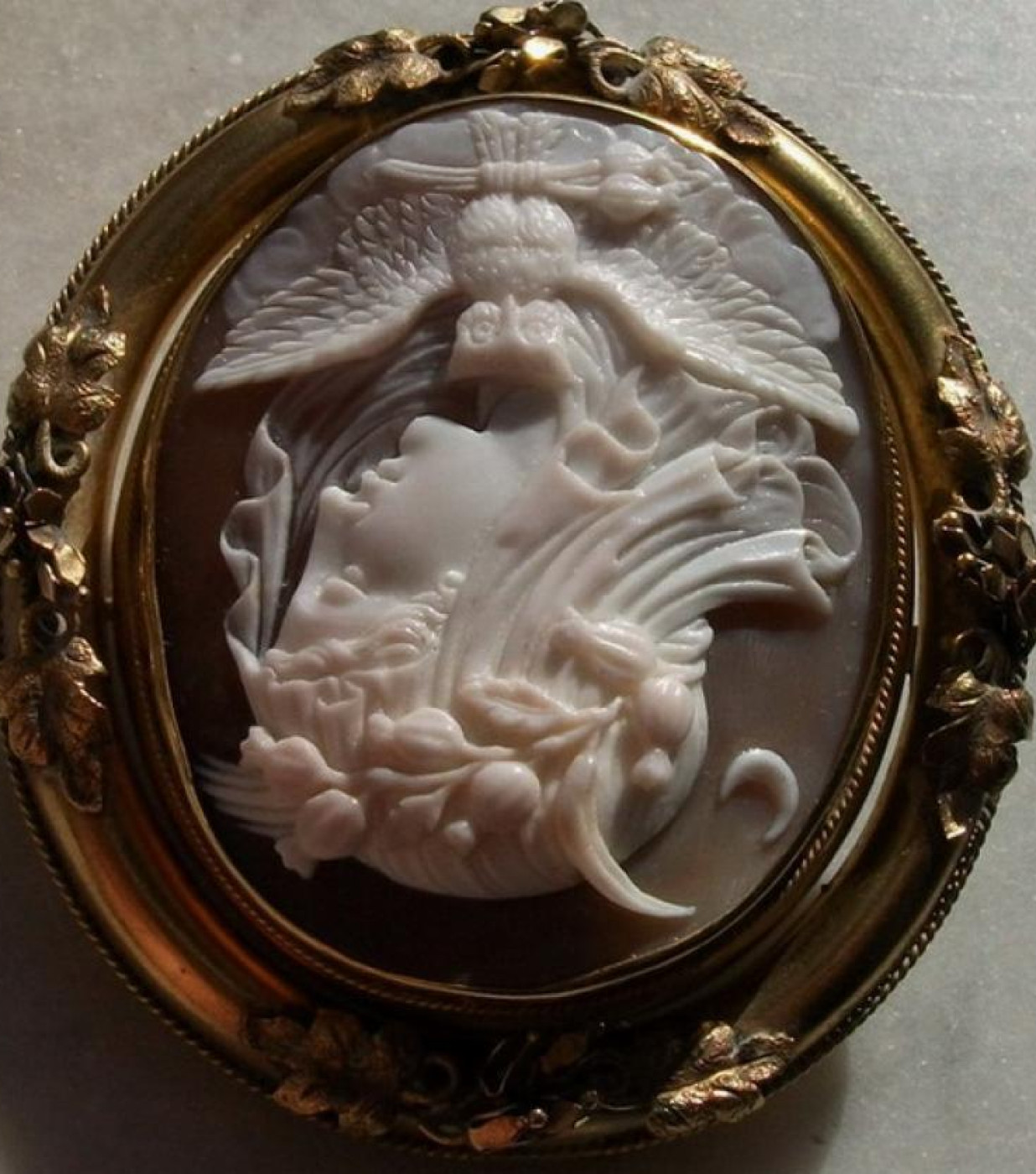 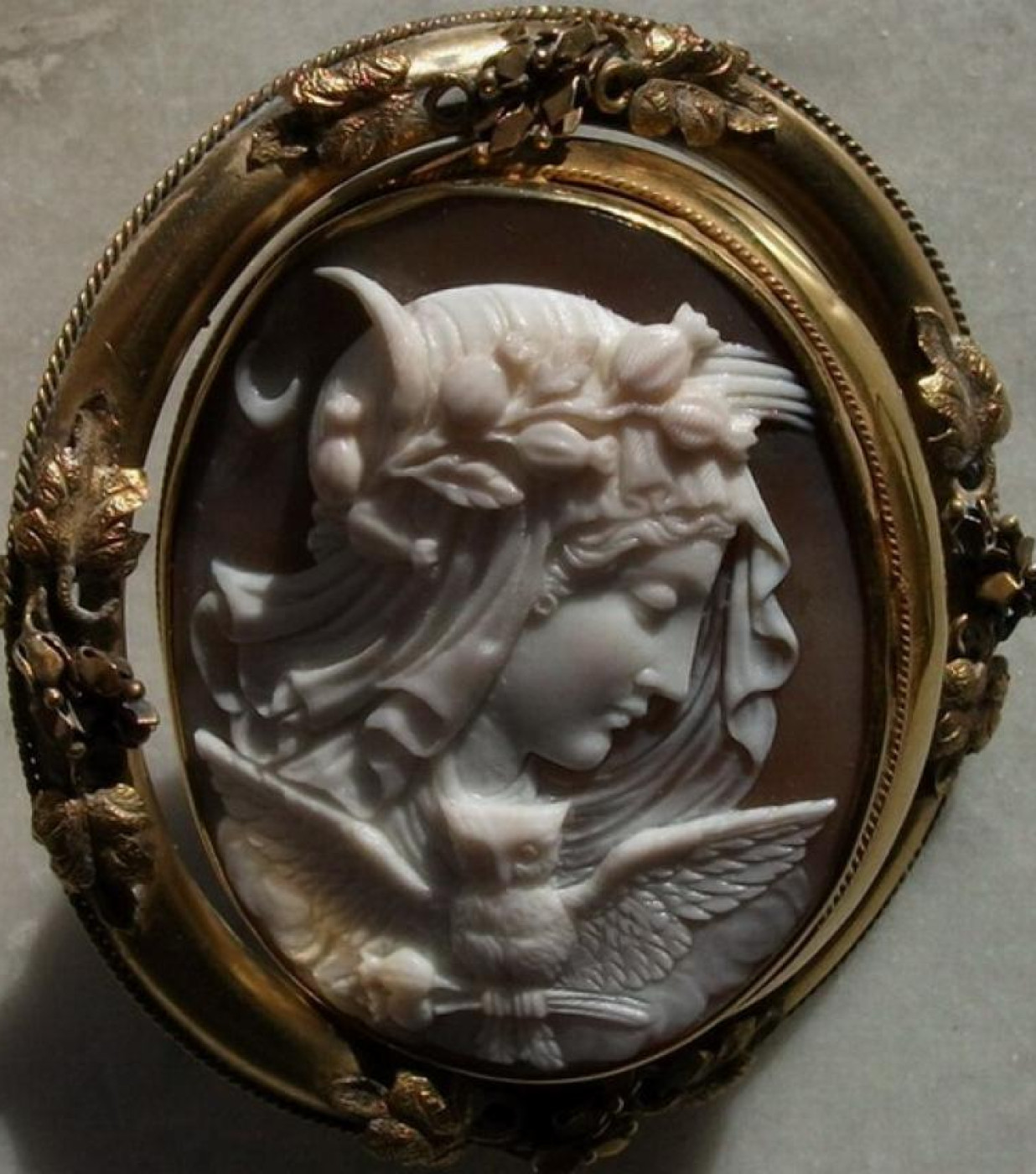 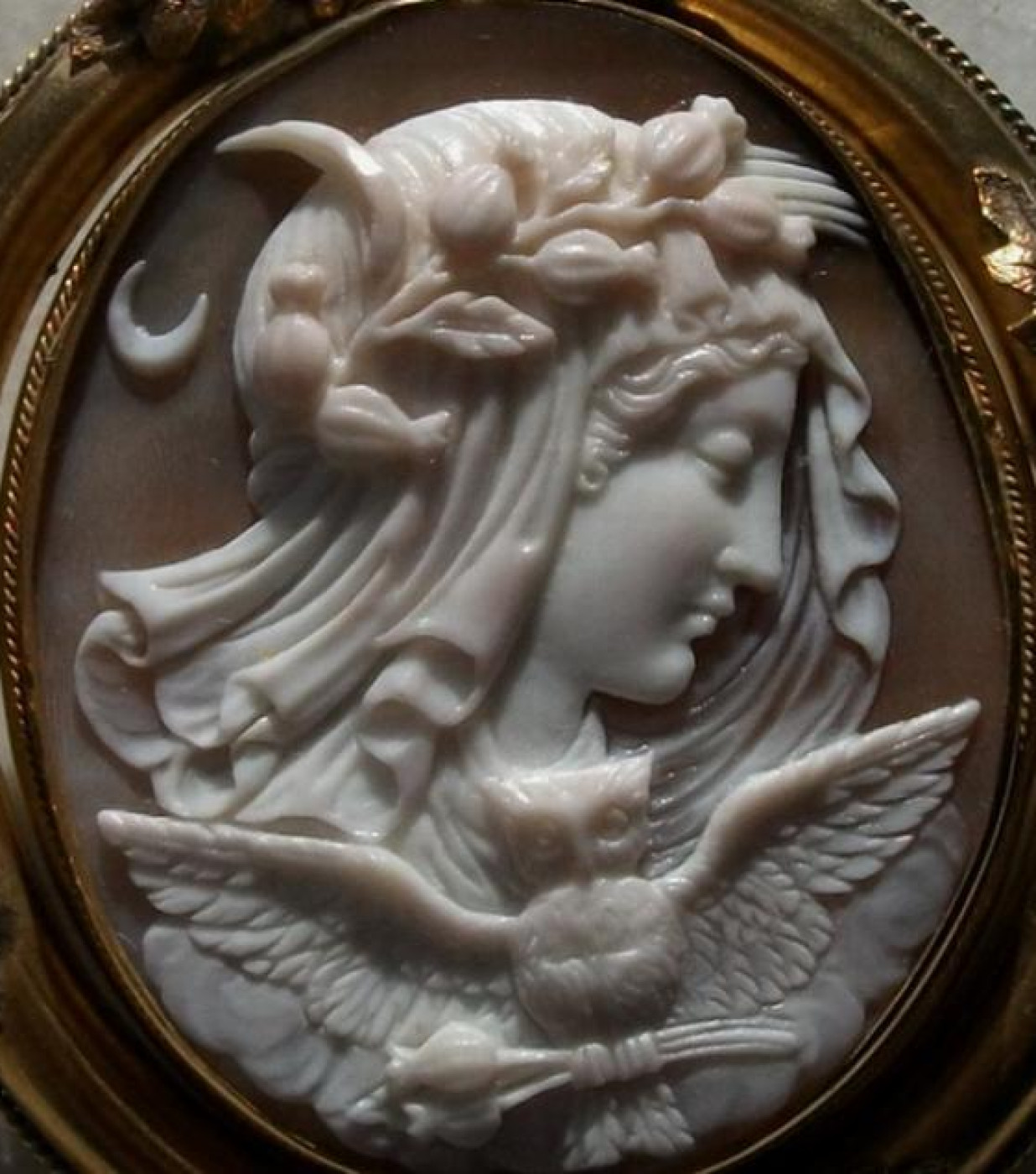 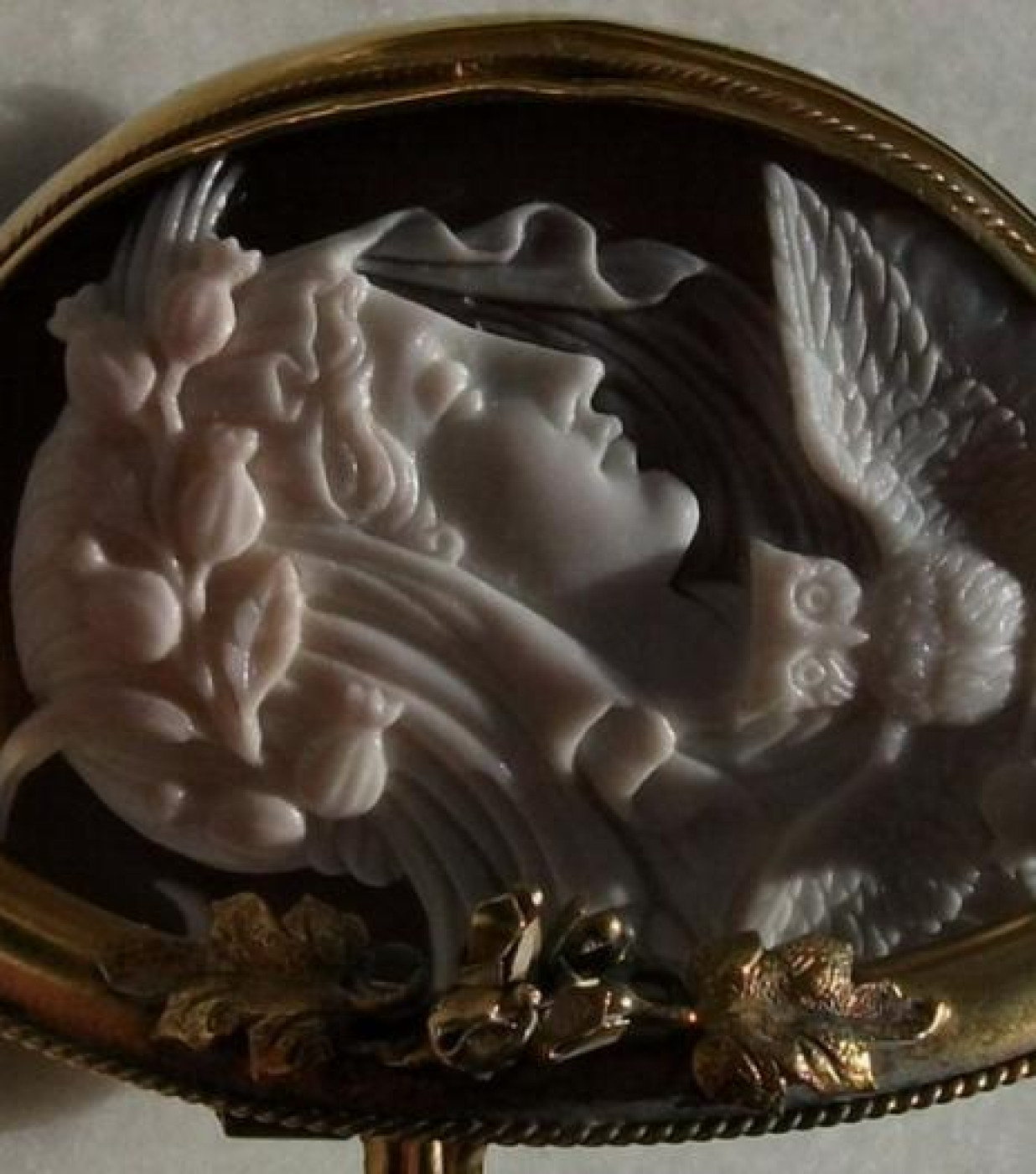 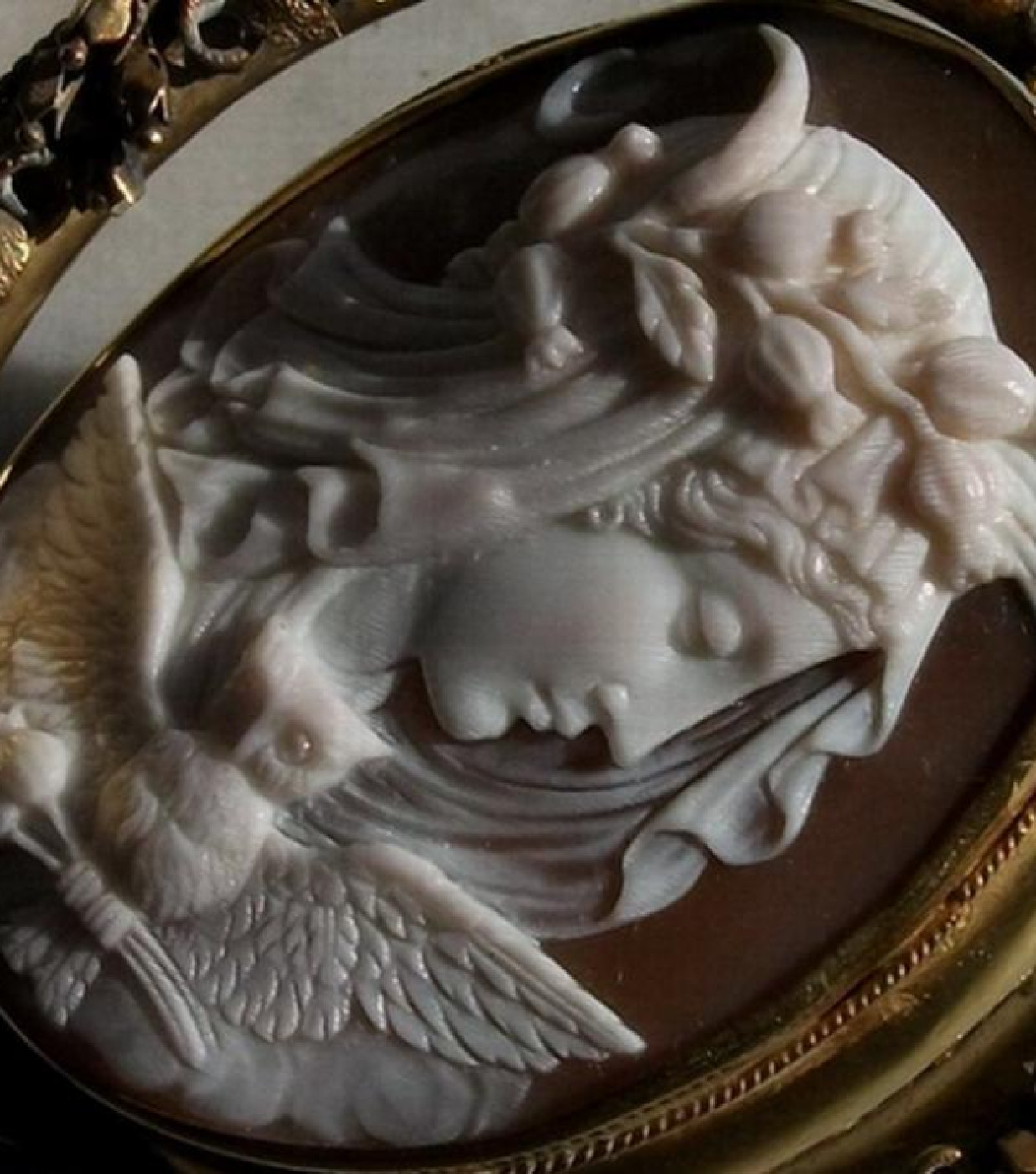 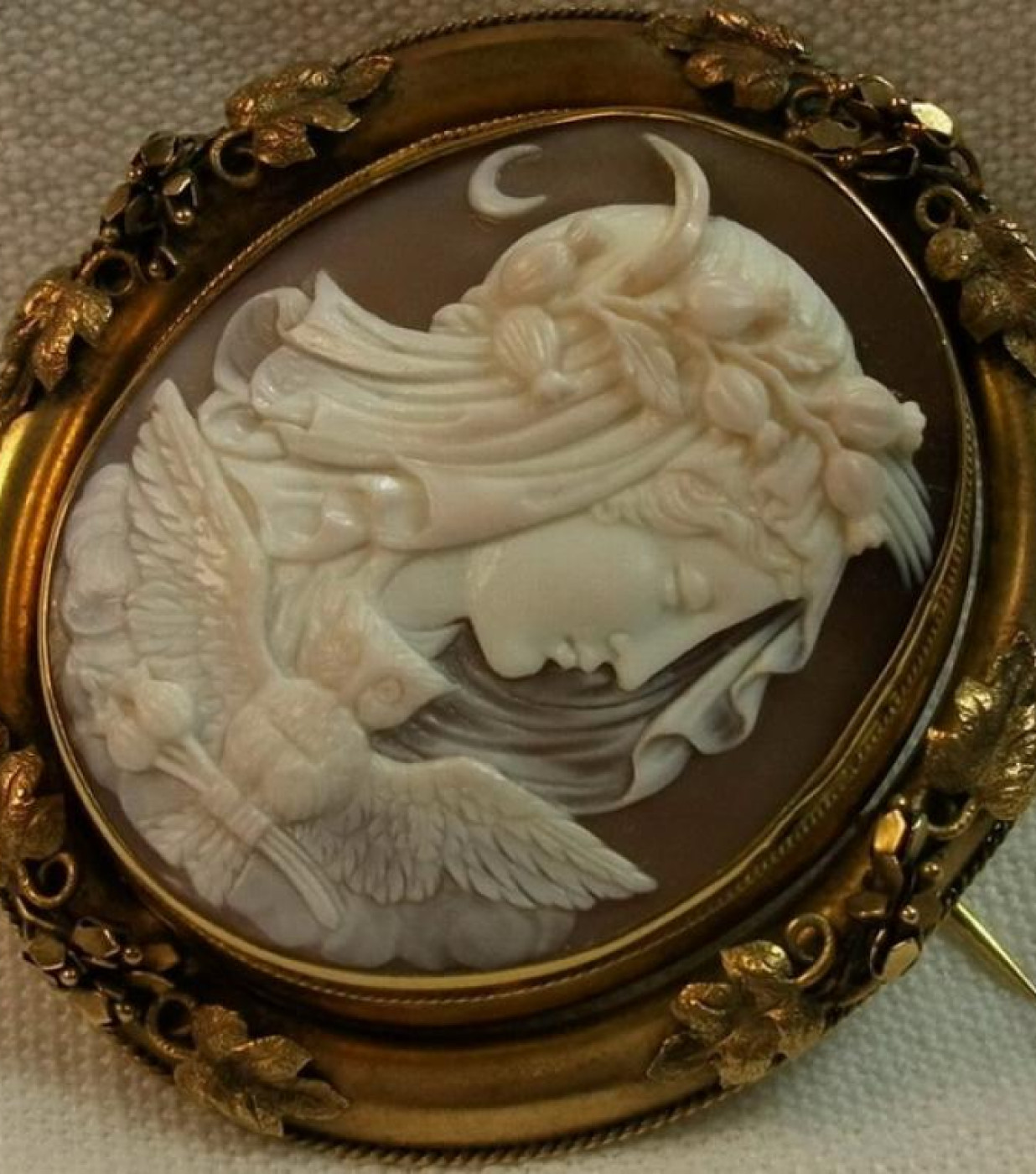 Museum quality cameo depicting The Allegory of the Night. The goddess Selene is depicted with her main attributes, as the poppies in her hair and the owl holding poppies in its pawns,  Moon and star are other two attributes of Selene.  This is a cameo of surpassing beauty, carved by an artist. Every details is perfectly rendered making this cameo a real work of art. This cameo has been carved with so much skill, just look at her sweet face, I really have only seen a few ones so crisply carved.  With no doubt this is one of the best cameos depicting that subject that I have ever handled, The frame too is wonderfully worked. There are no words to describe it, the pictures speak by themselves. The pictures really don't give any justice to this work of art. This is another masterly carved cameo. A very desirable collectors piece, rare and museum quality cameo.
A bit of History:
Selene, Goddess of the Moon, daughter of Hyperion. her assignment is to bring the moonlight to the humans driving a cart drawn from oxen or from horses that runs after the solar one, in many representations. Generally described like a beautiful woman with pale face that wears long, flowing, white or silver robe and that has on her head a waxing moon and a torch in her hand. In the Greek-Roman mythology tradition the Moon, thanks to the mutability of its aspect that makes it unique between the stars, has been associated to three divinity and tied to three its "events". Full moon, New moon and Waxing moon. Life metaphor (full moon), death (new moon) rebirth (waxing moon). Since time immemorial these three lunar figures have represented the cycle of  life involving apparently heterogeneous phenomena  like the birth, the death, the fertility, the femininity, the immortality. Selene, (from Selas - Greek) means splendour.