Allegory of the Innocence 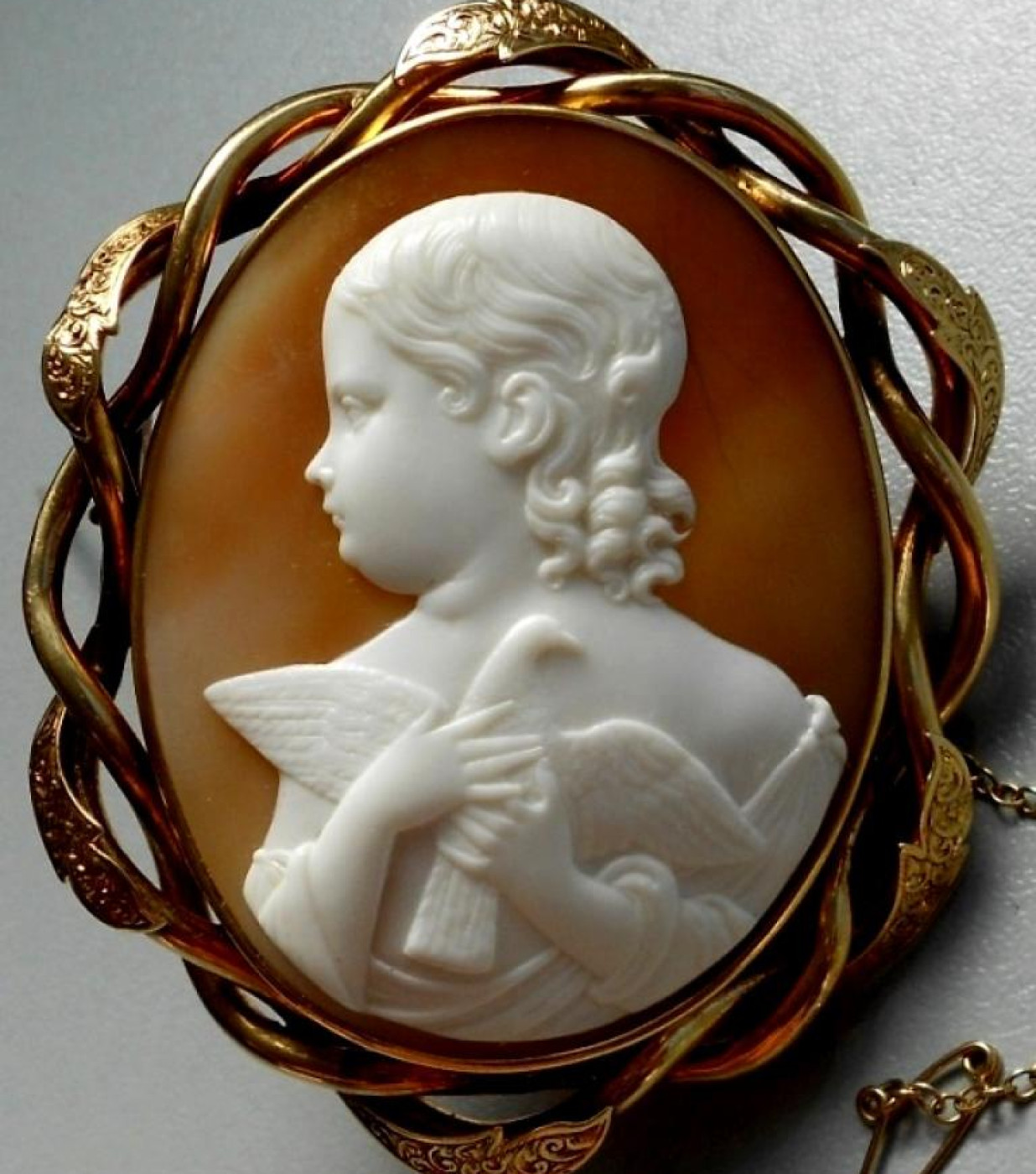 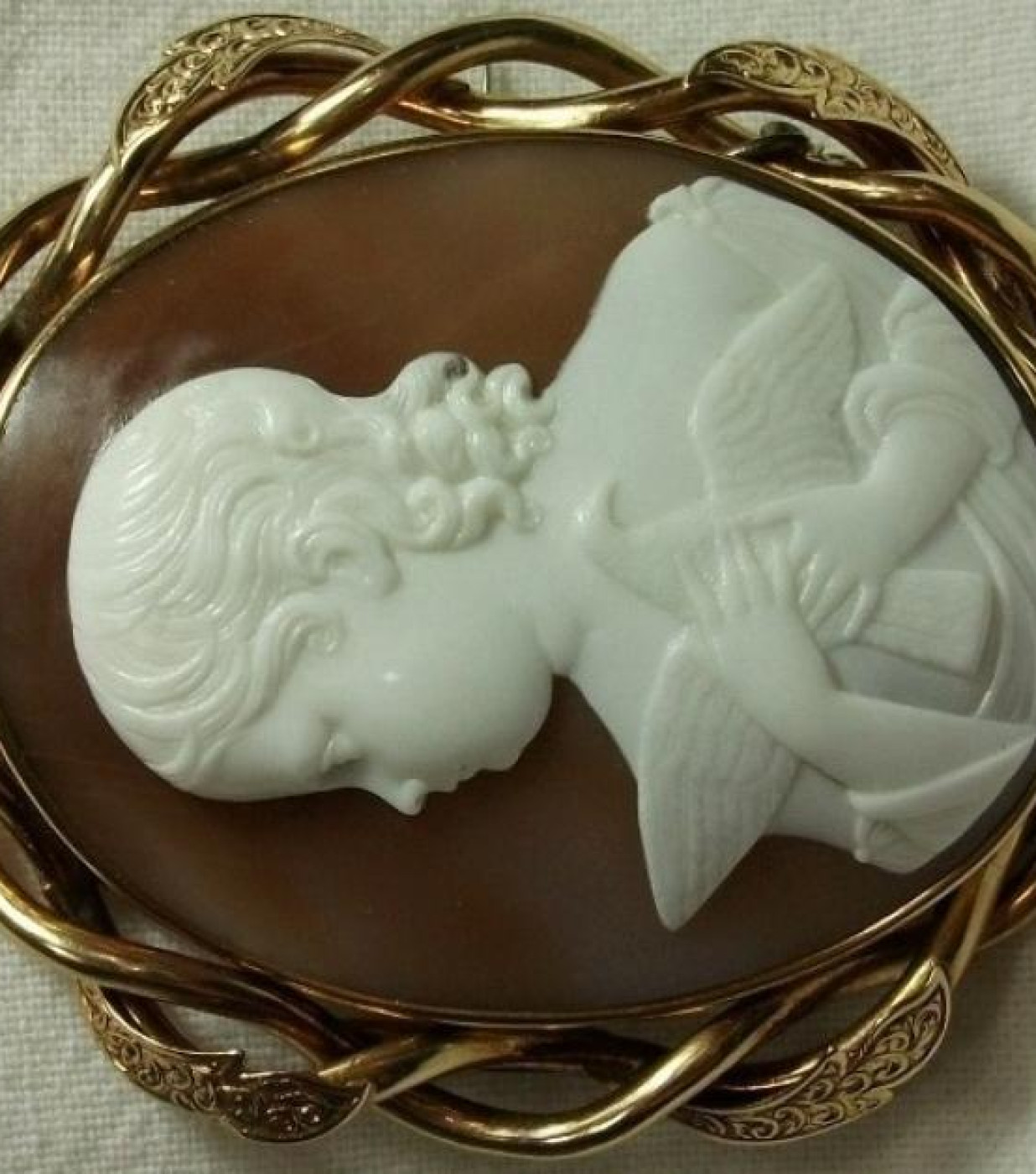 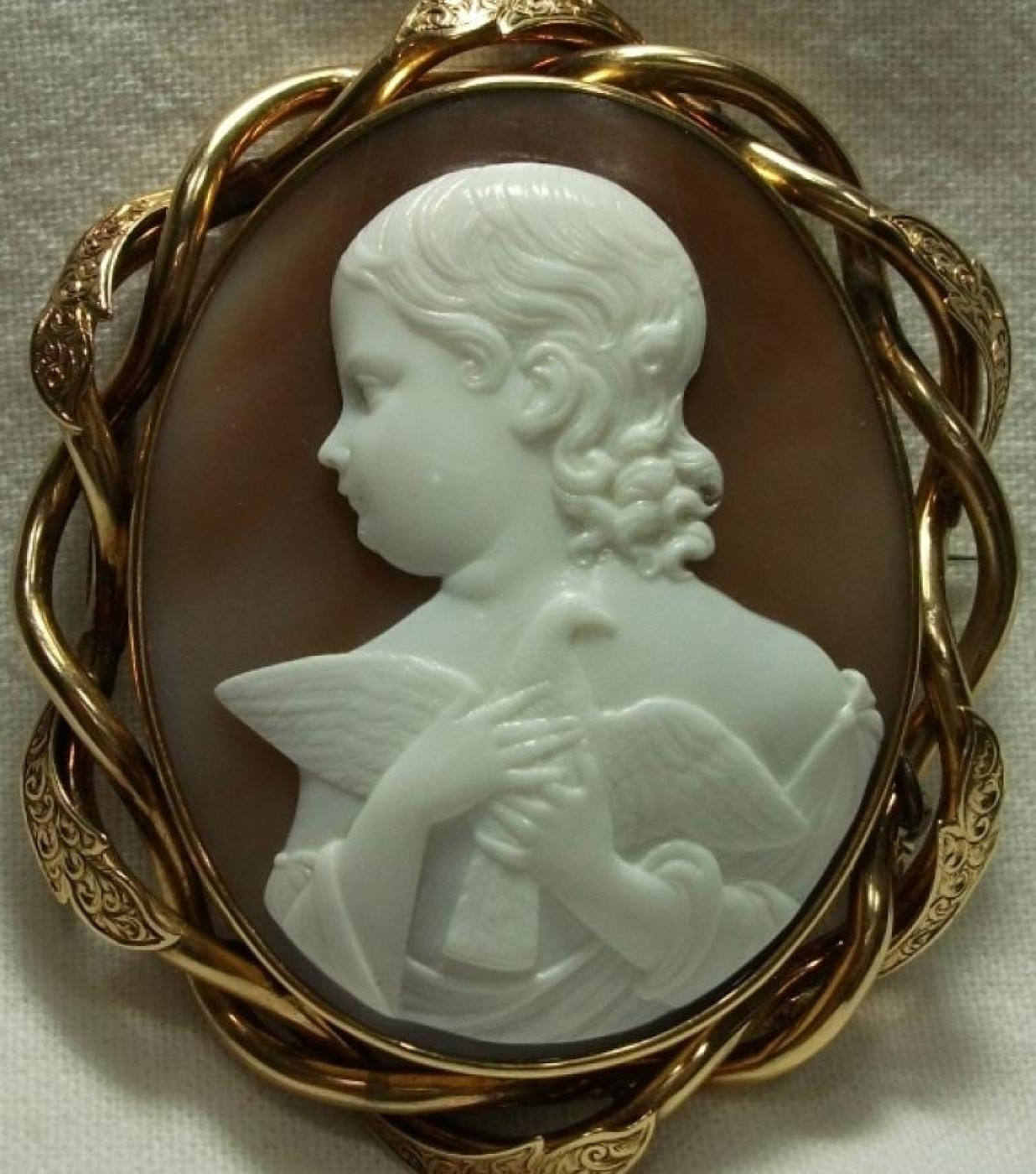 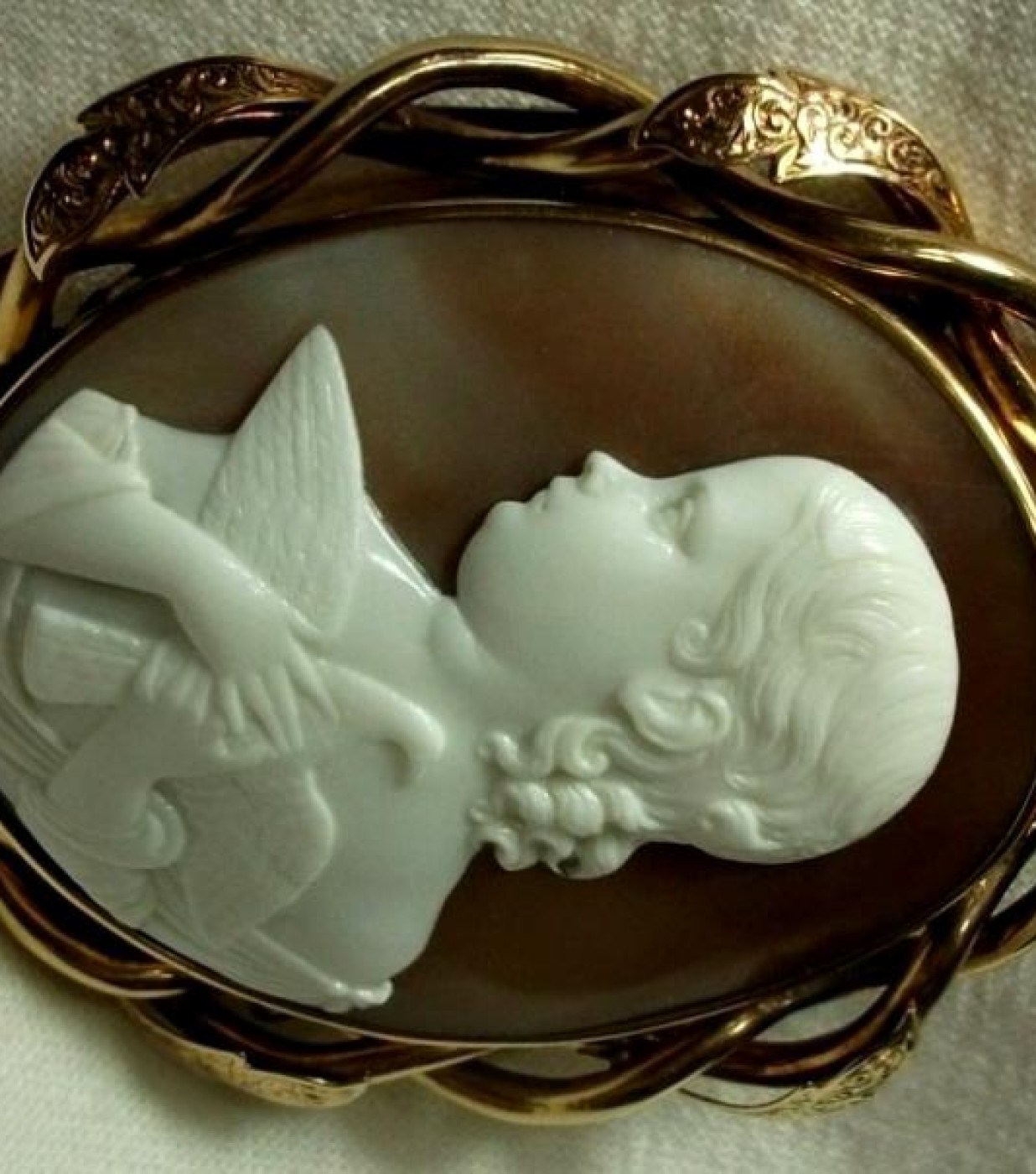 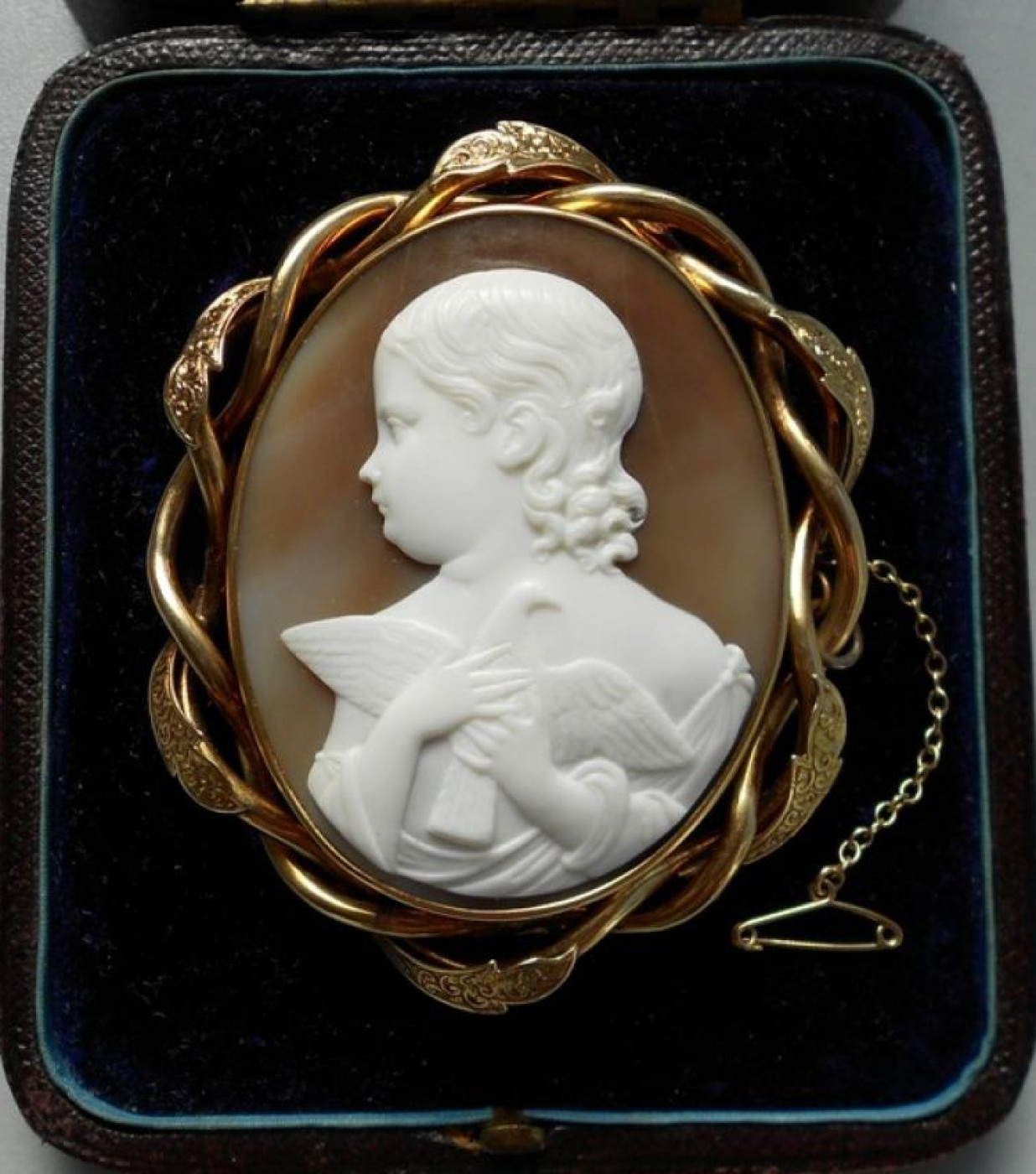 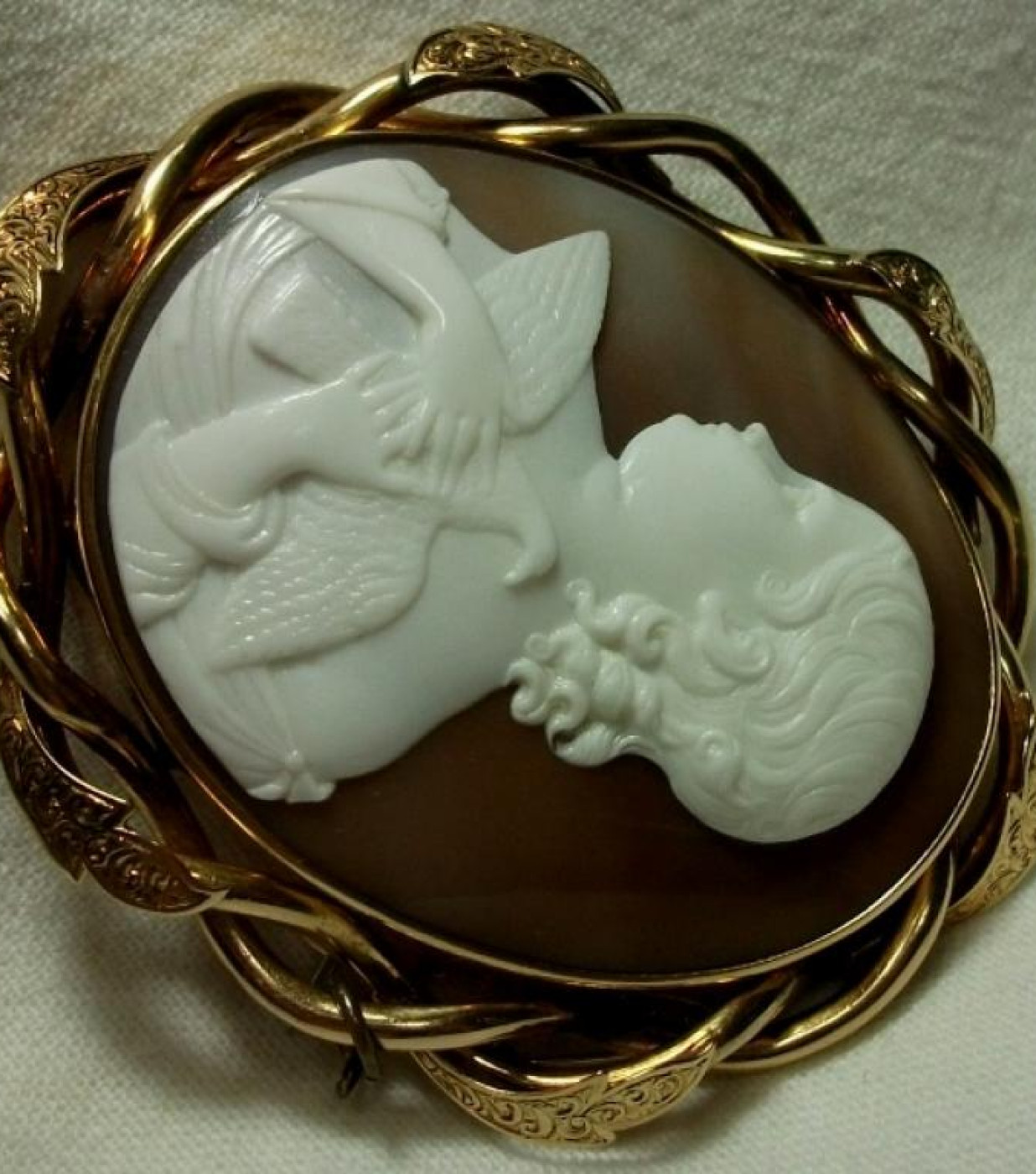 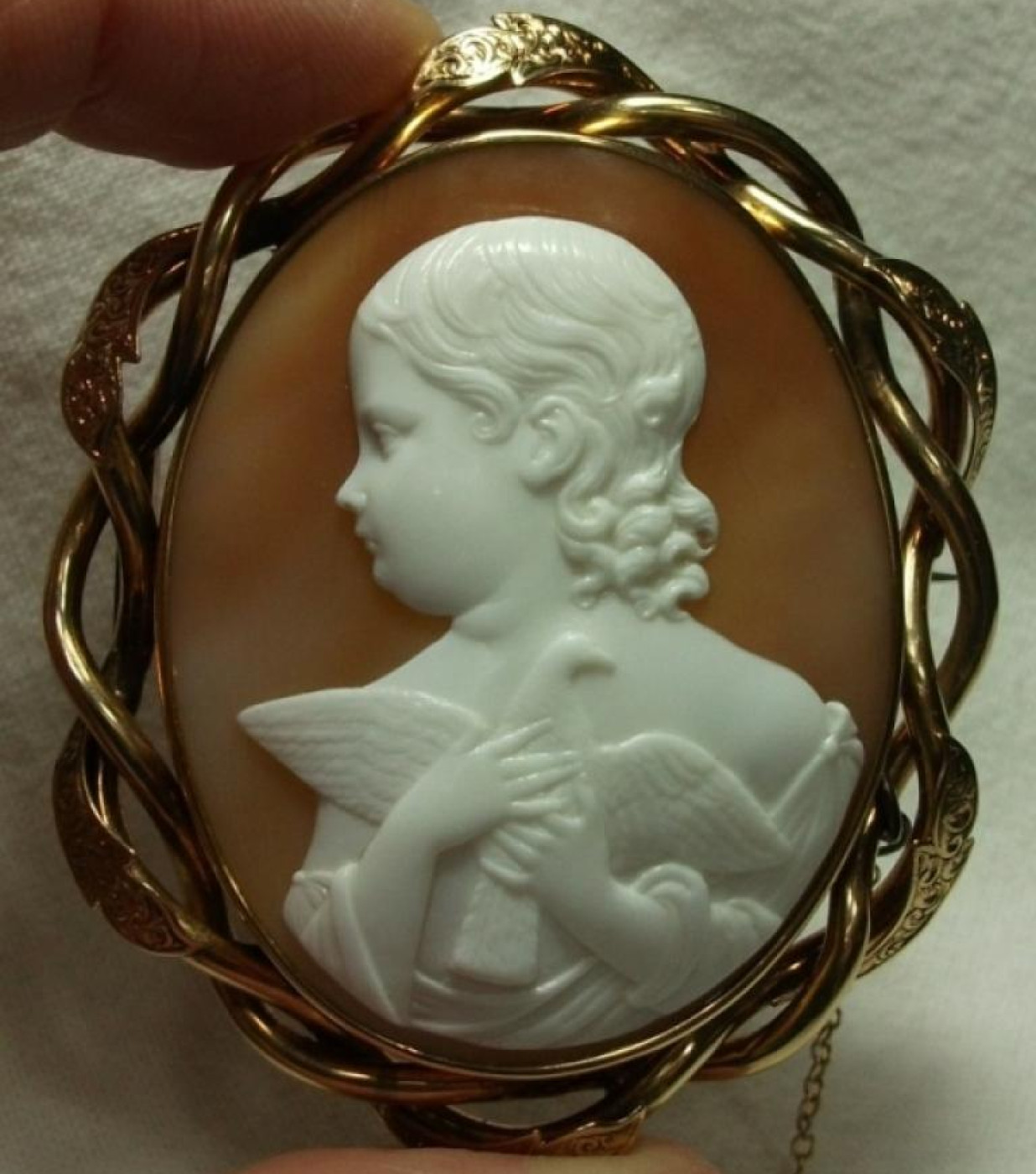 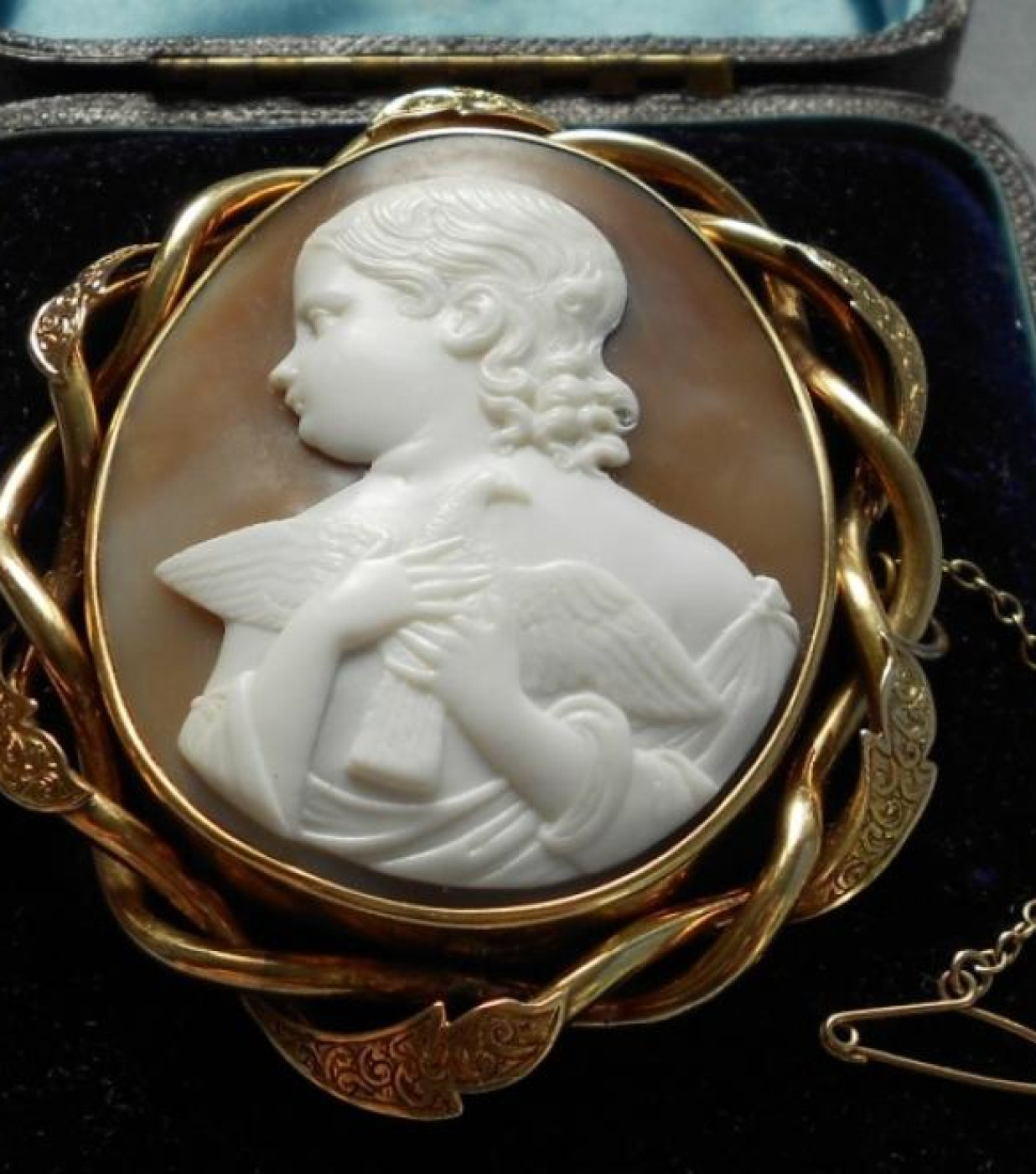 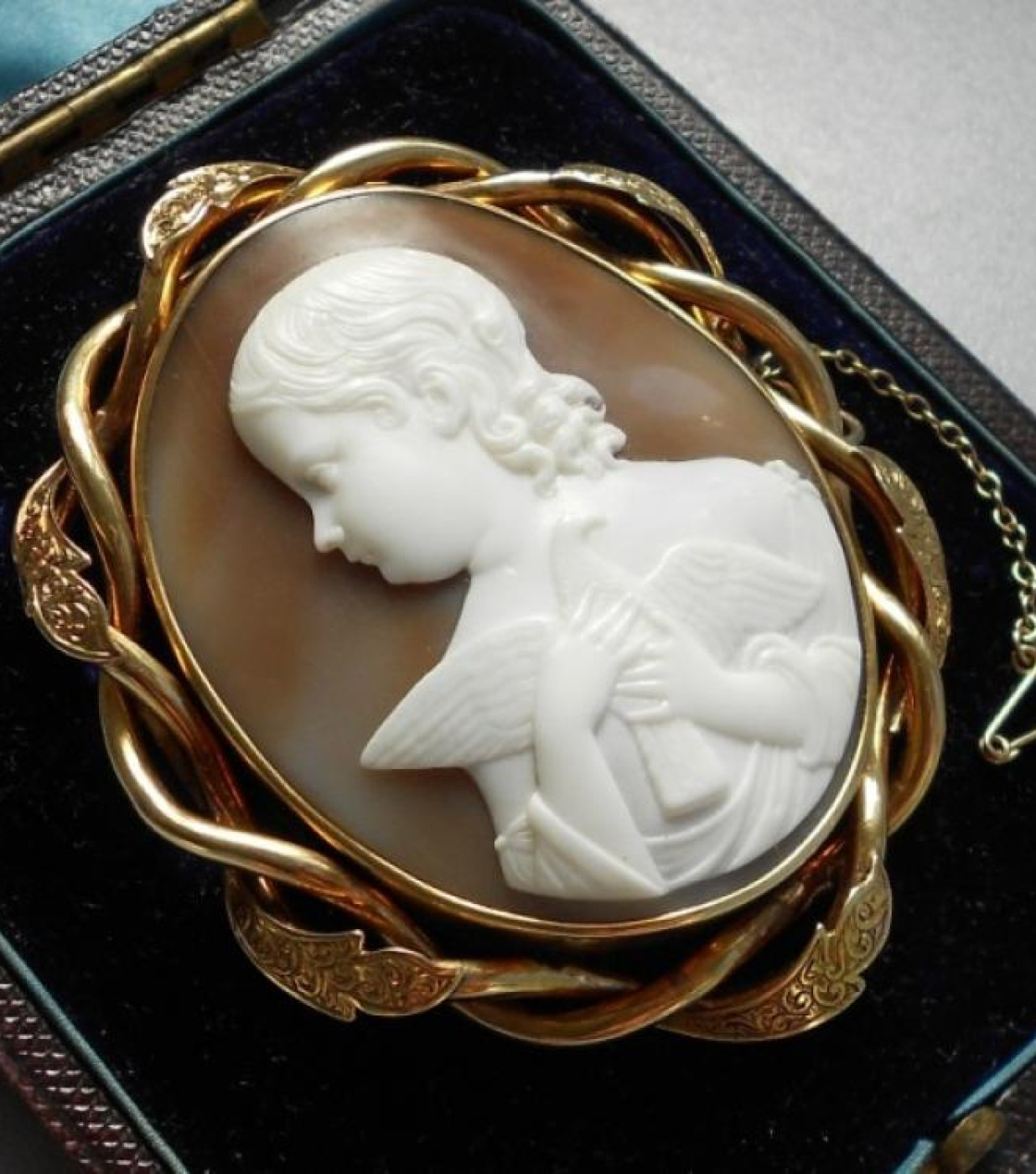 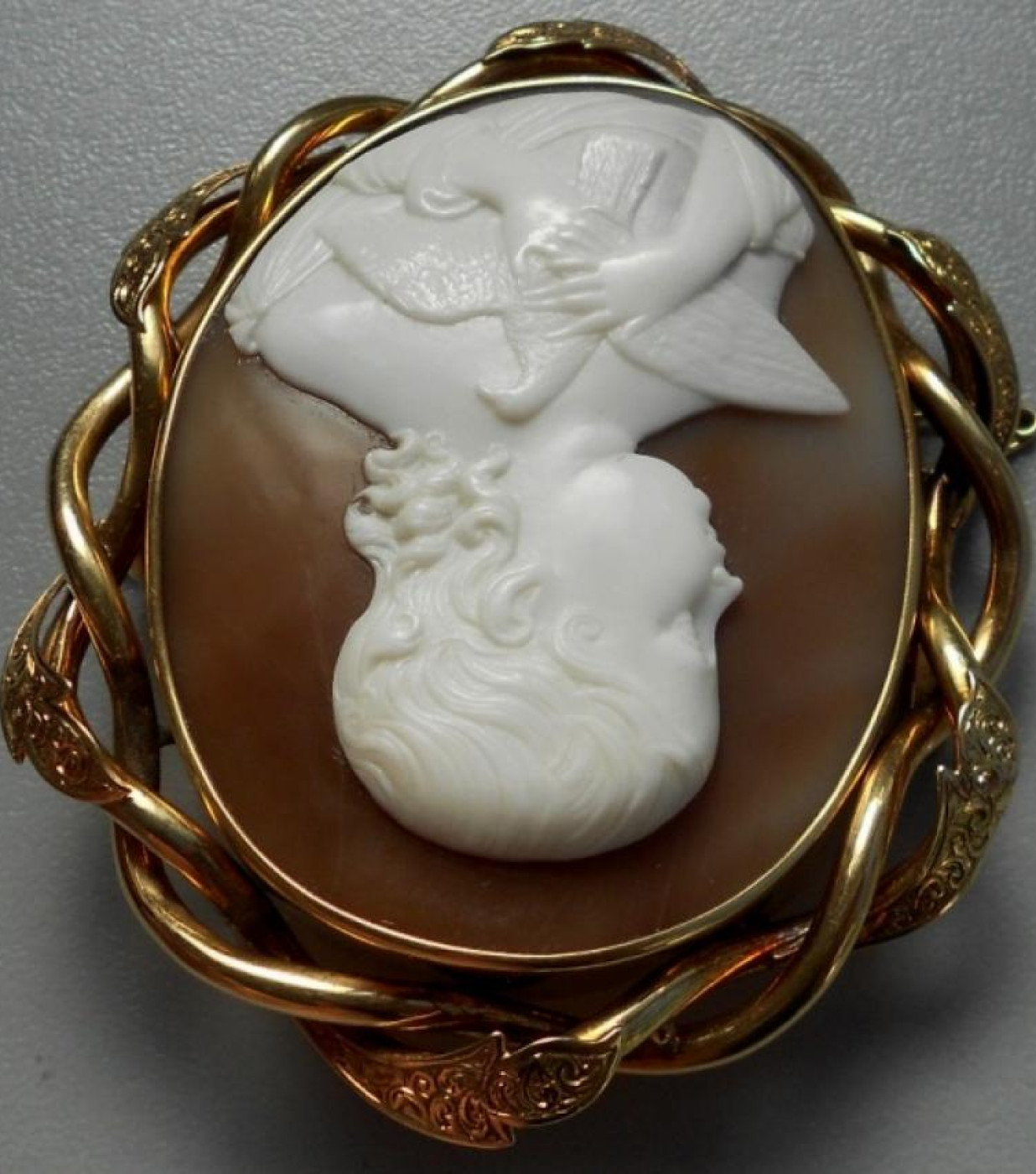 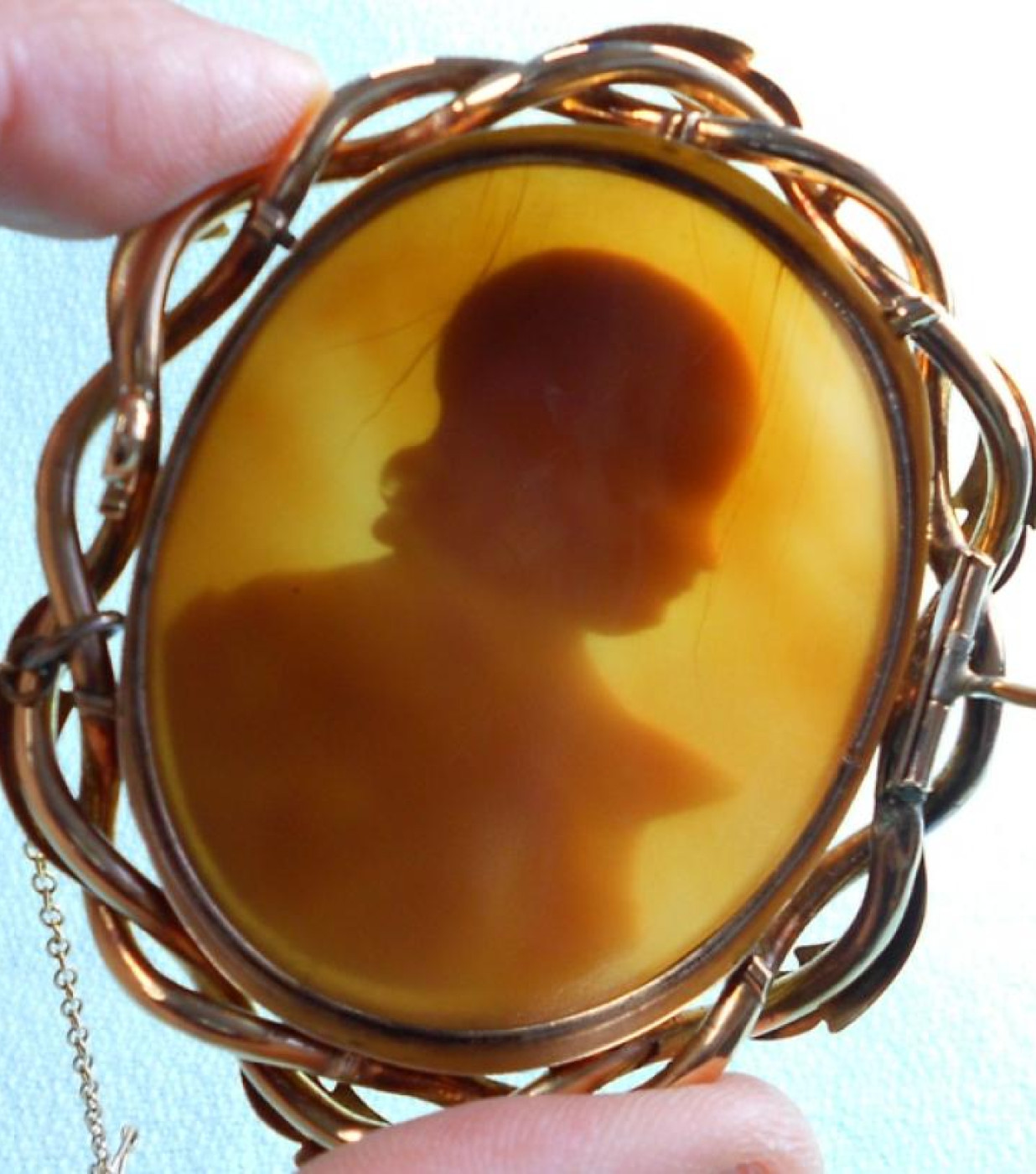 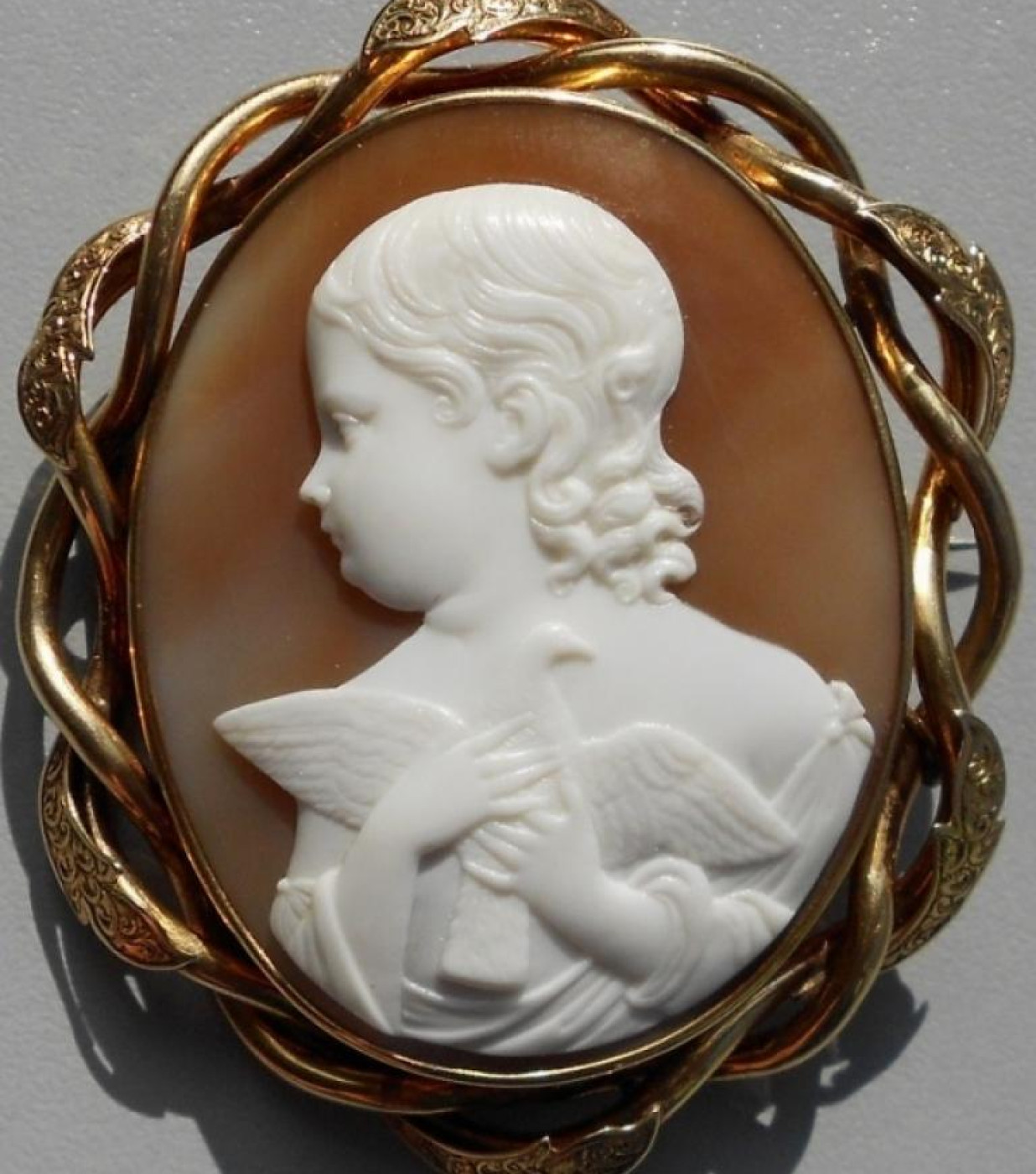 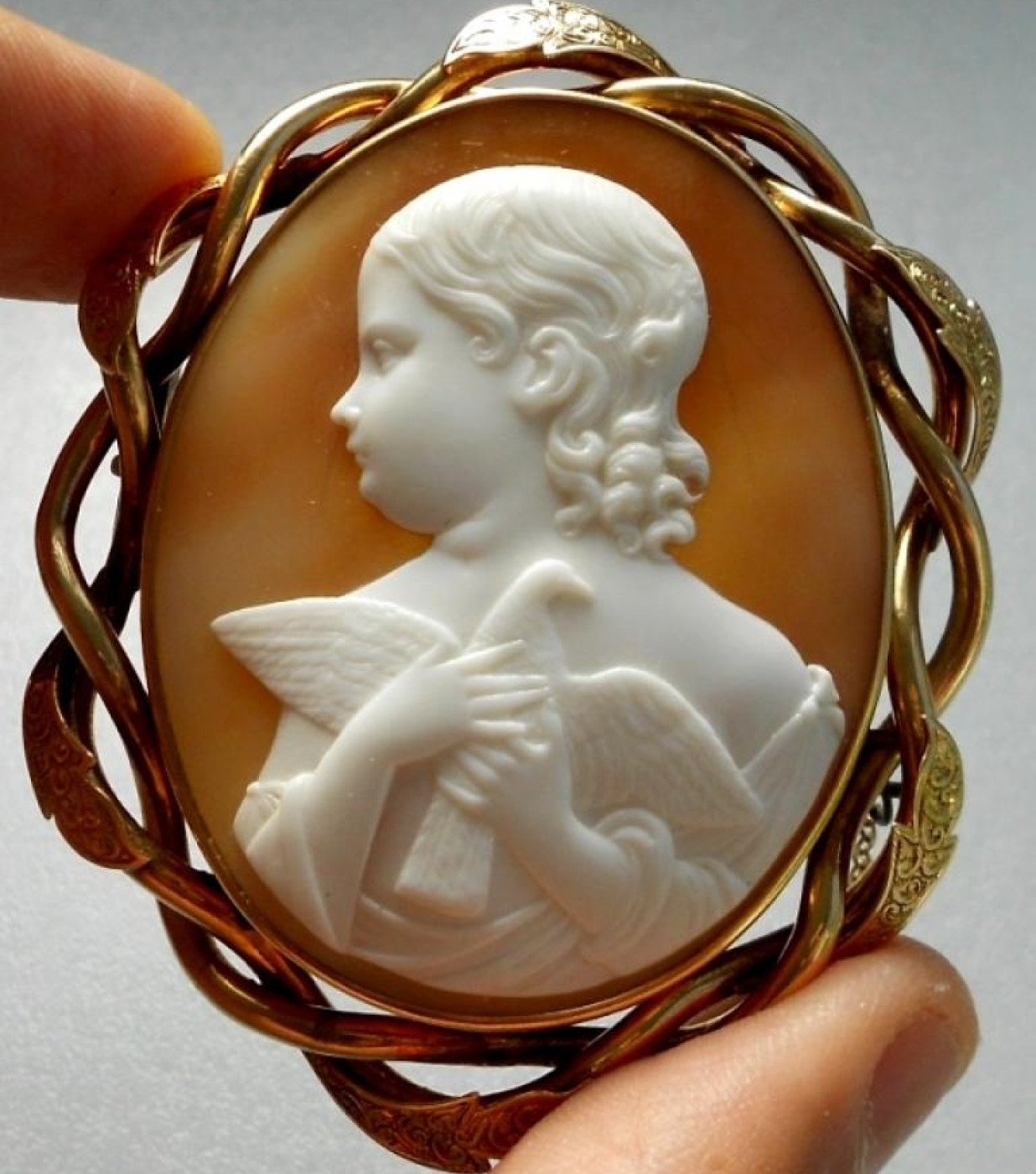 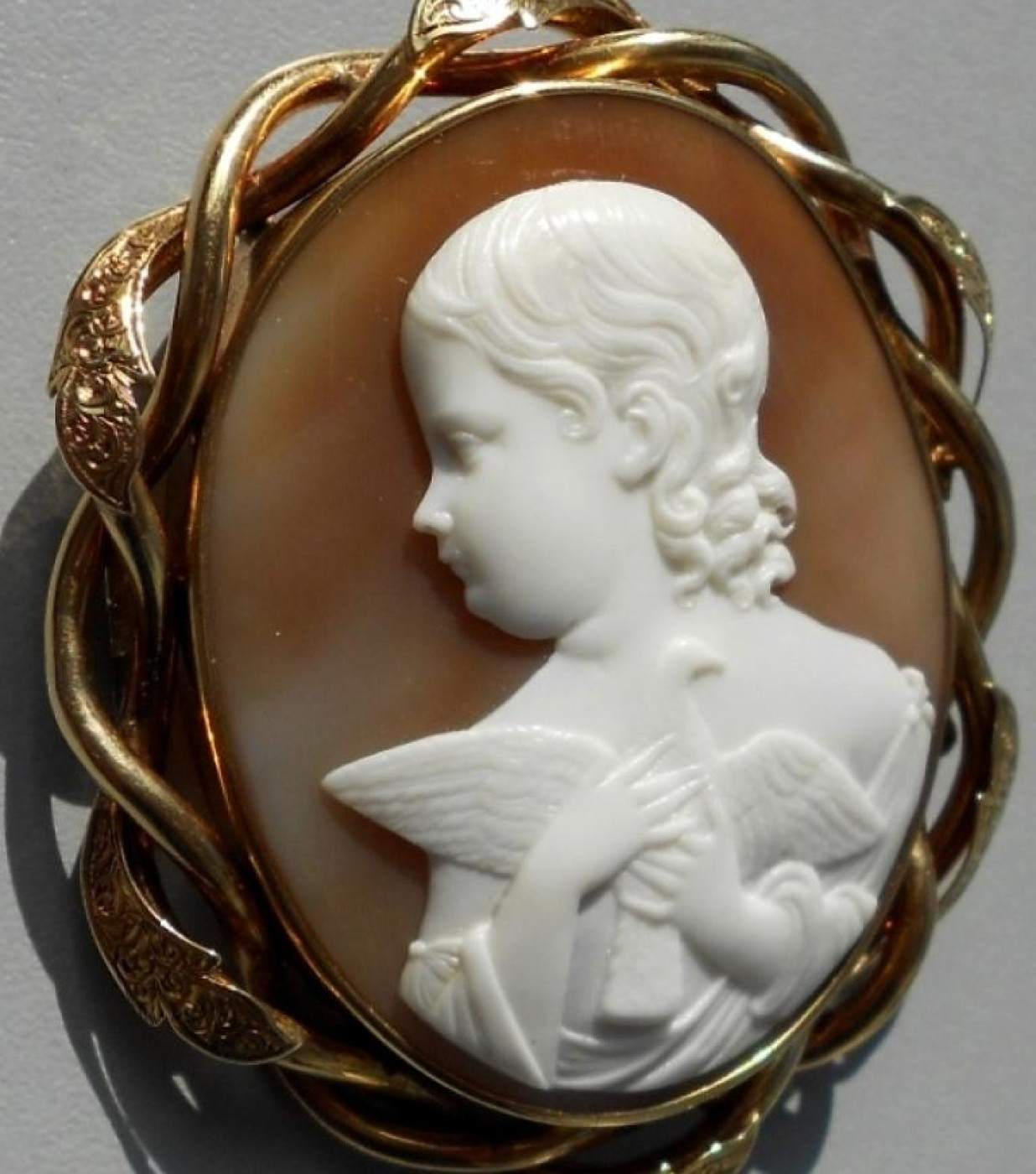 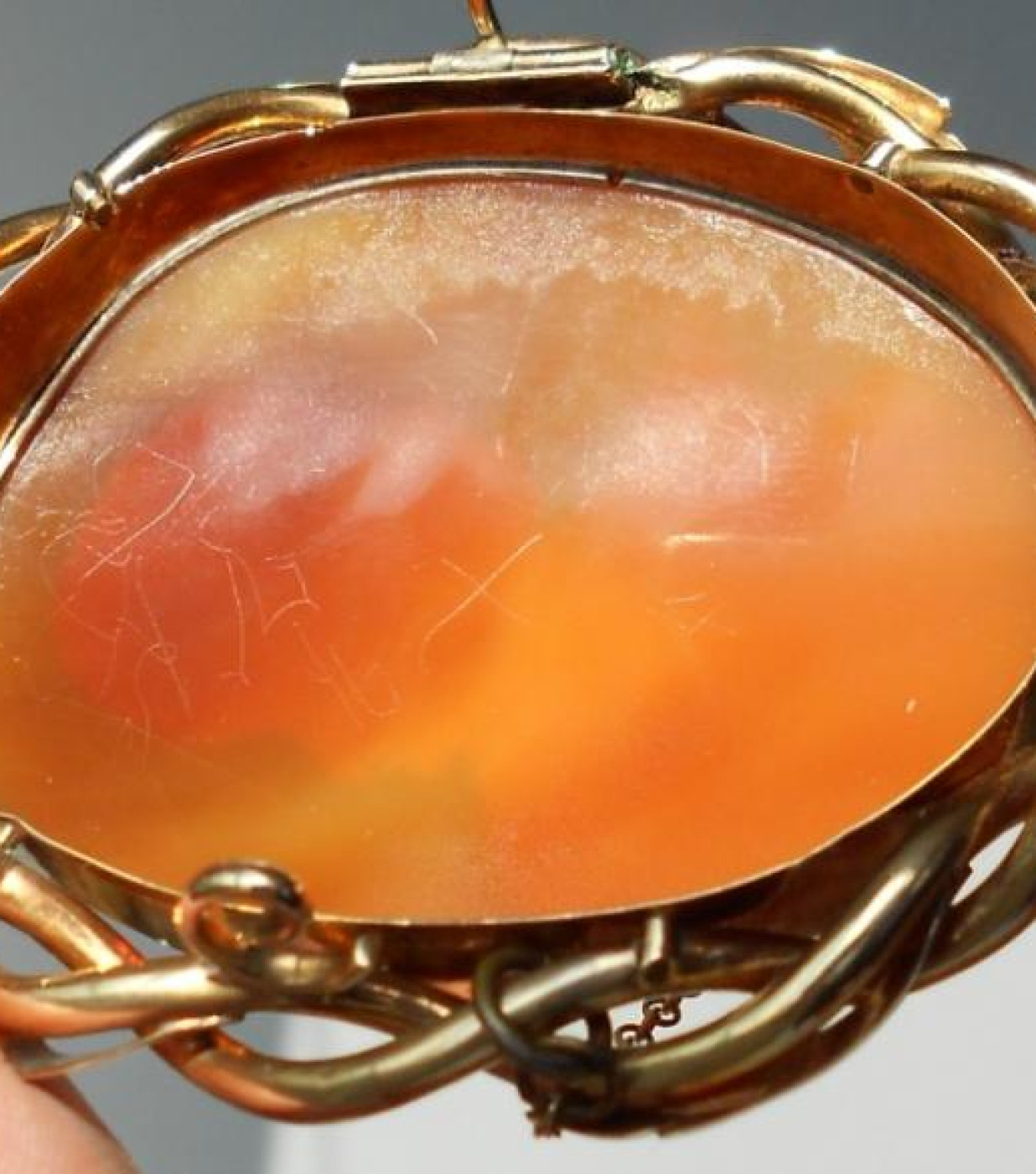 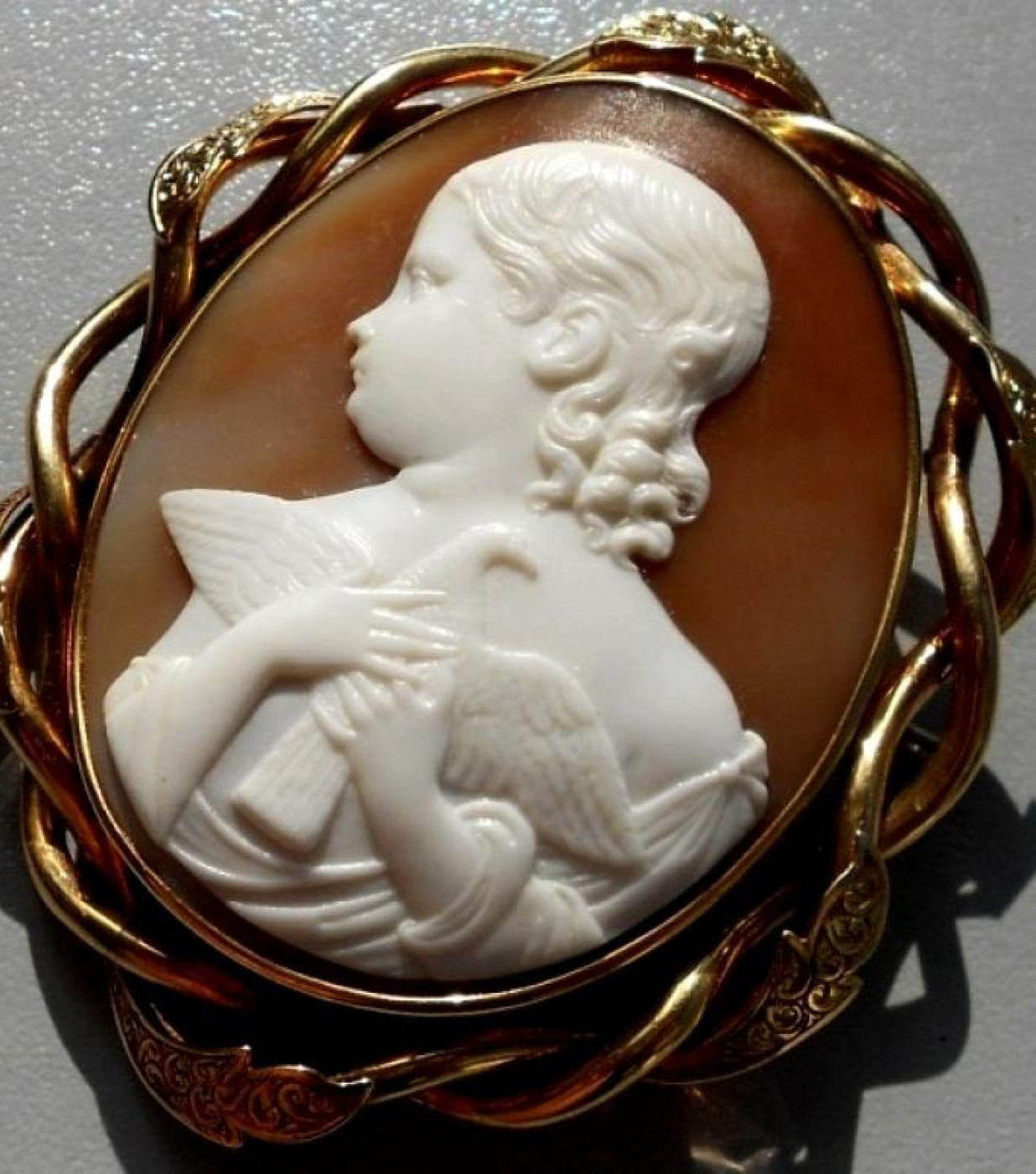 Museum Quality cameo depicting the Allegory of the Innocence, symbolized by a little girl holding a dove. This cameo is very large one, and in excellent conditions. The carving is superb. Look at her sweet face expression, she seems alive. Her soft round face and the little hands holding the dove are masterly made. Looking at this cameo I really would like to embrace her and cover her soft face with many kisses. She's just the baby that everyone would like to have as a daughter. Everything is perfectly rendered. The pictures really don't give any justice to this cameos, being the carving so white it reflects the light and all the details are not perfectly shown, this cameo is really better when seen in person. The frame is another artwork, chiselled on the elaborated leafs which are everywhere around the frame.  This is a real artwork and a very detailed cameo, carved by an artist.  Rarest cameo and subject very desirable collectors' piece.   A fantastic cameos set to not to be missed.