Allegory of the Day 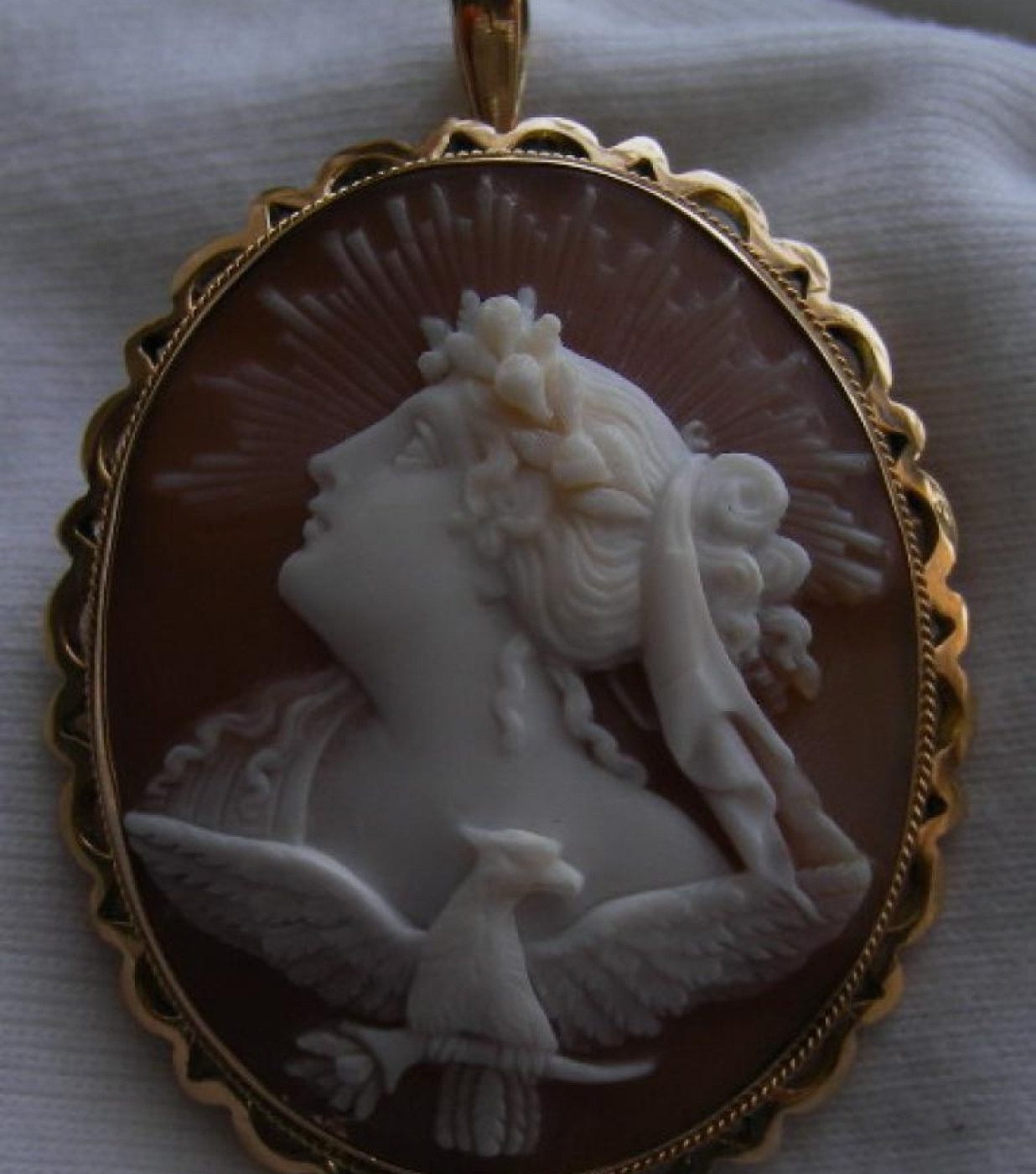 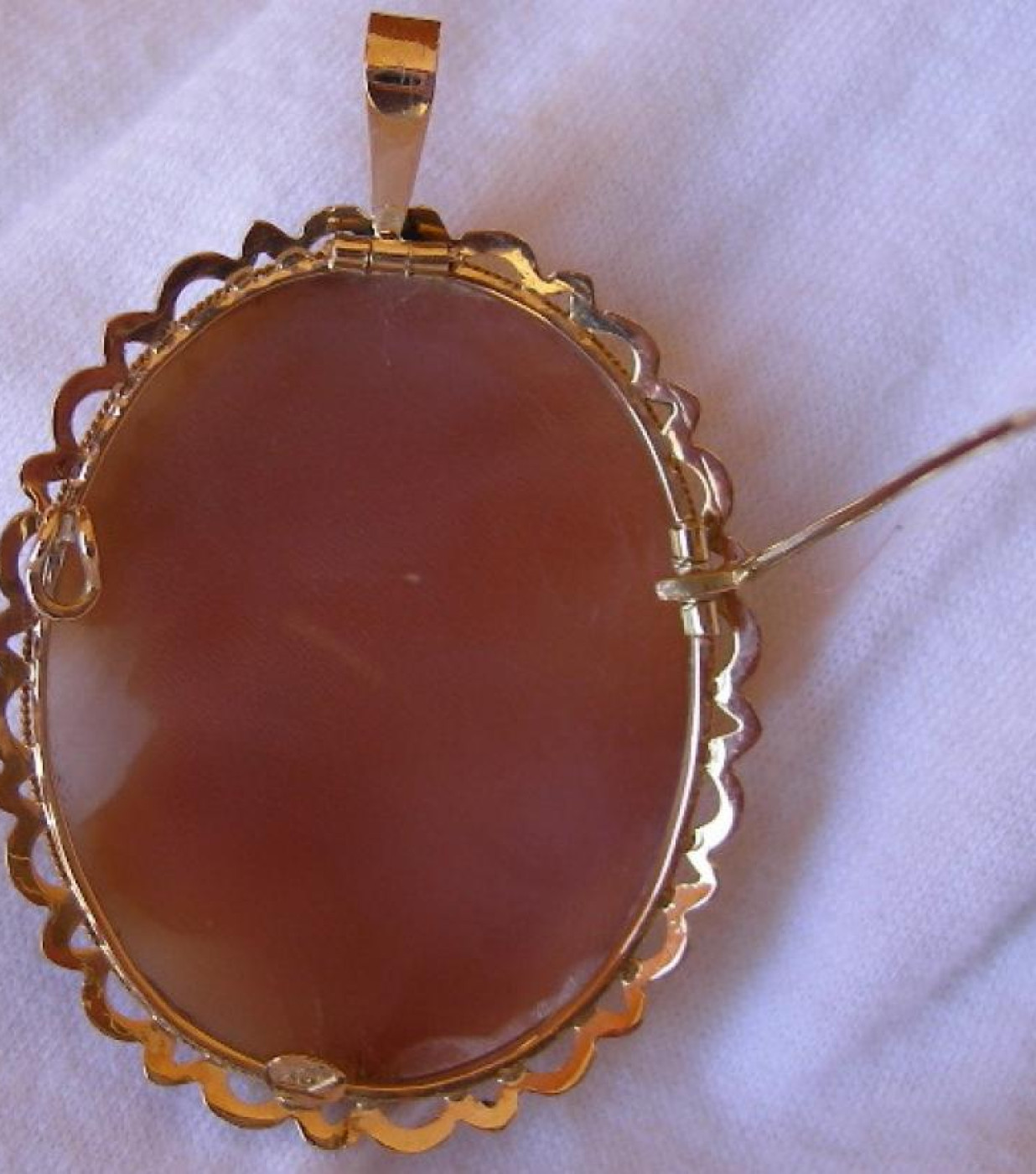 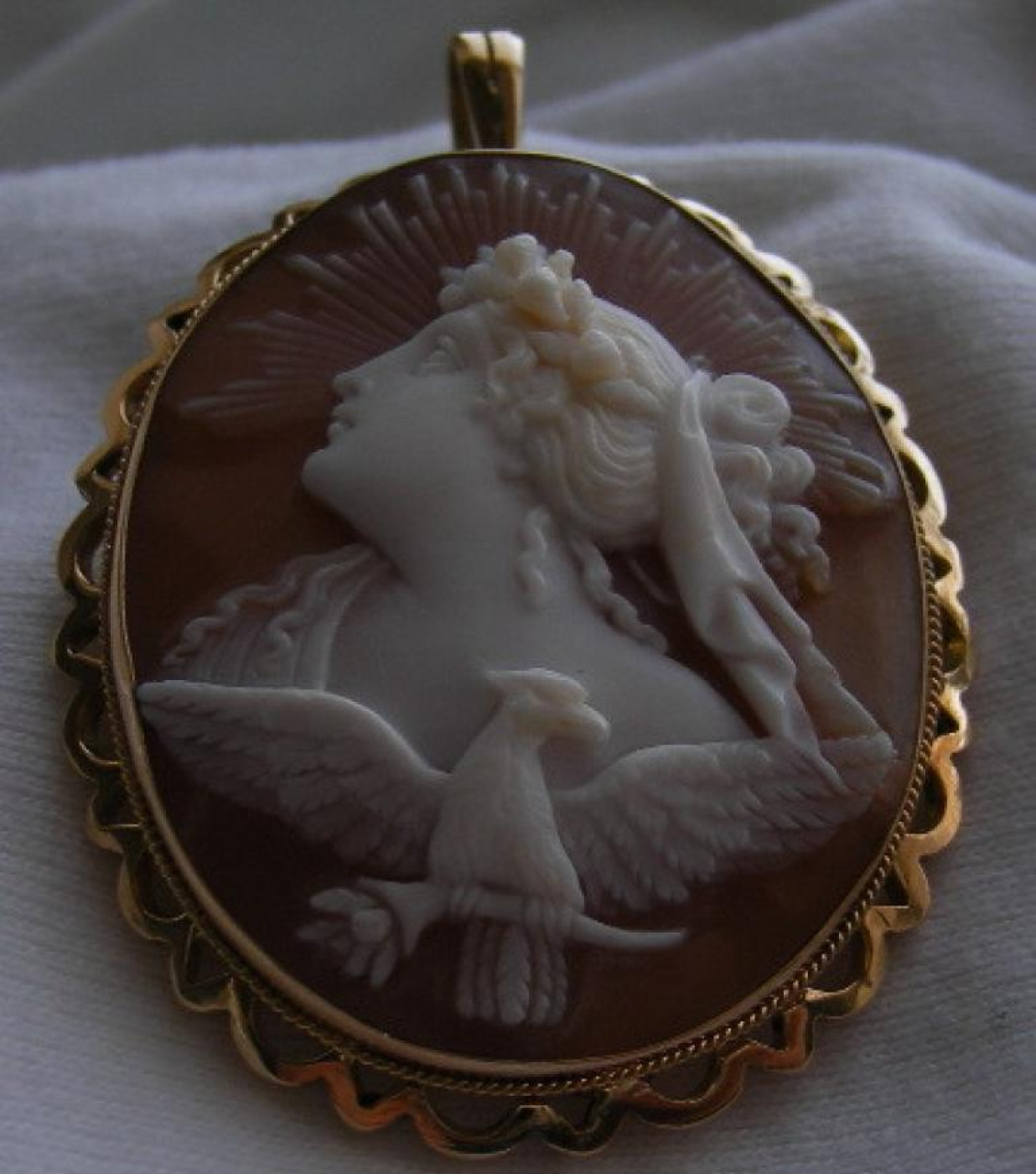 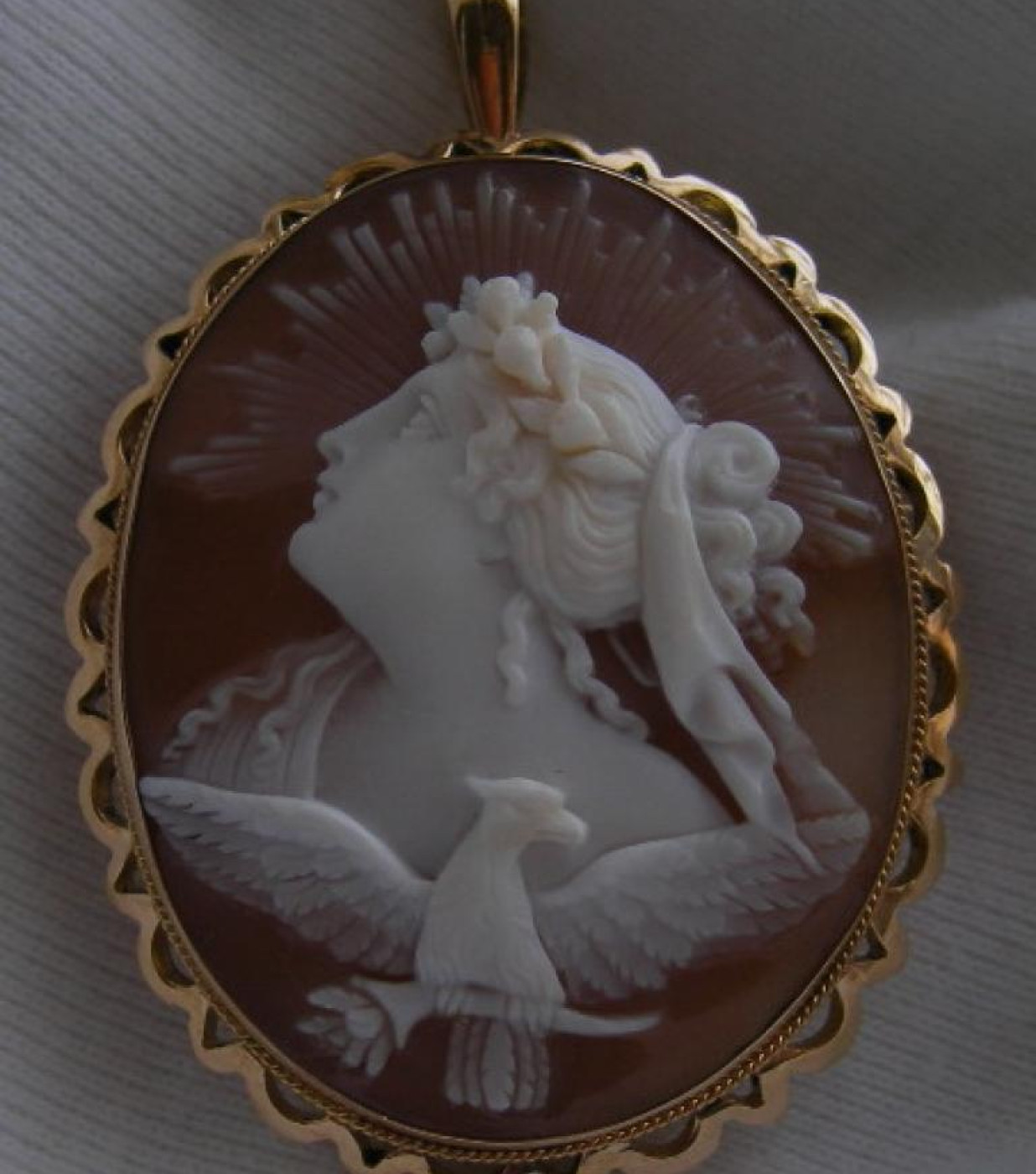 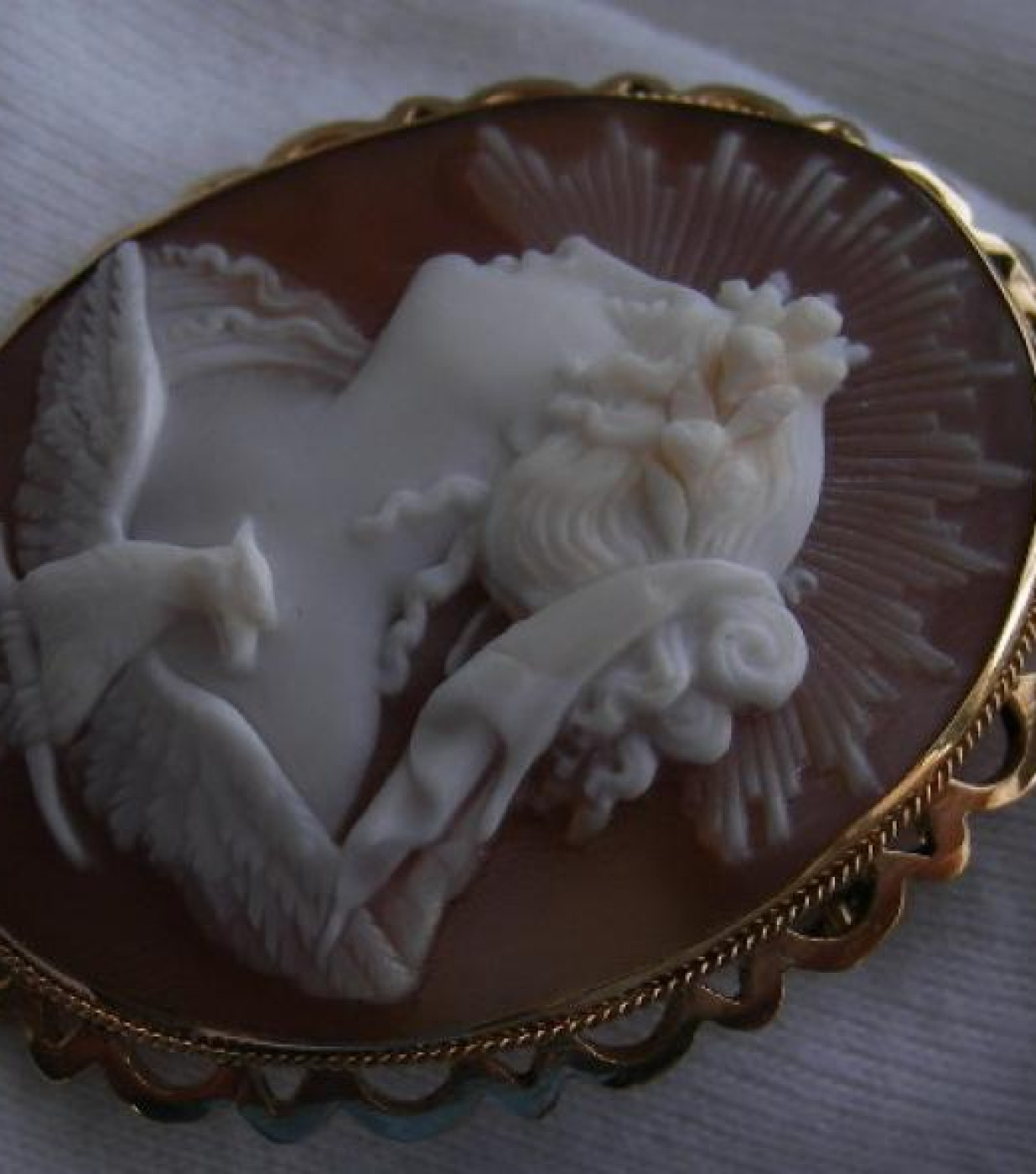 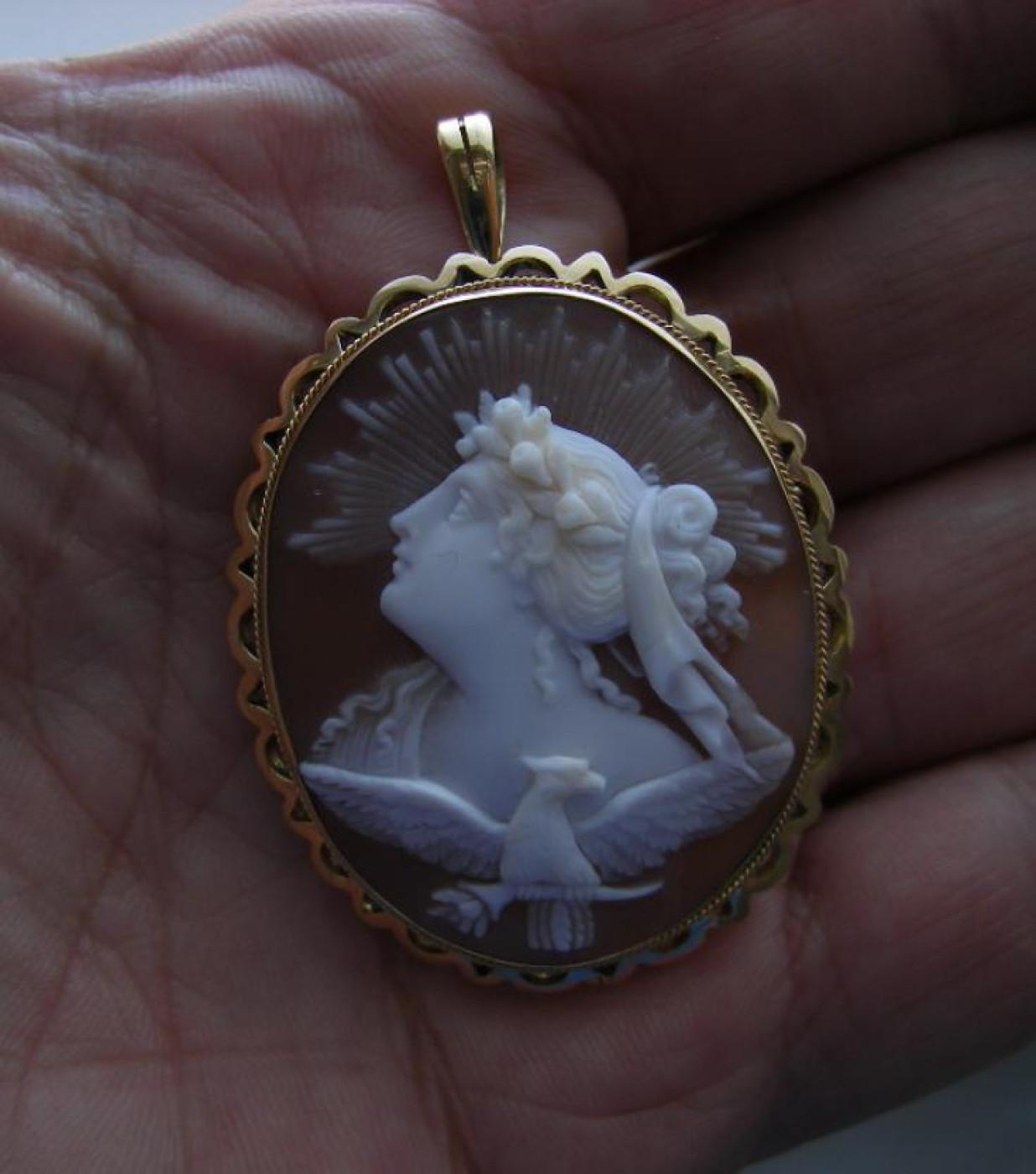 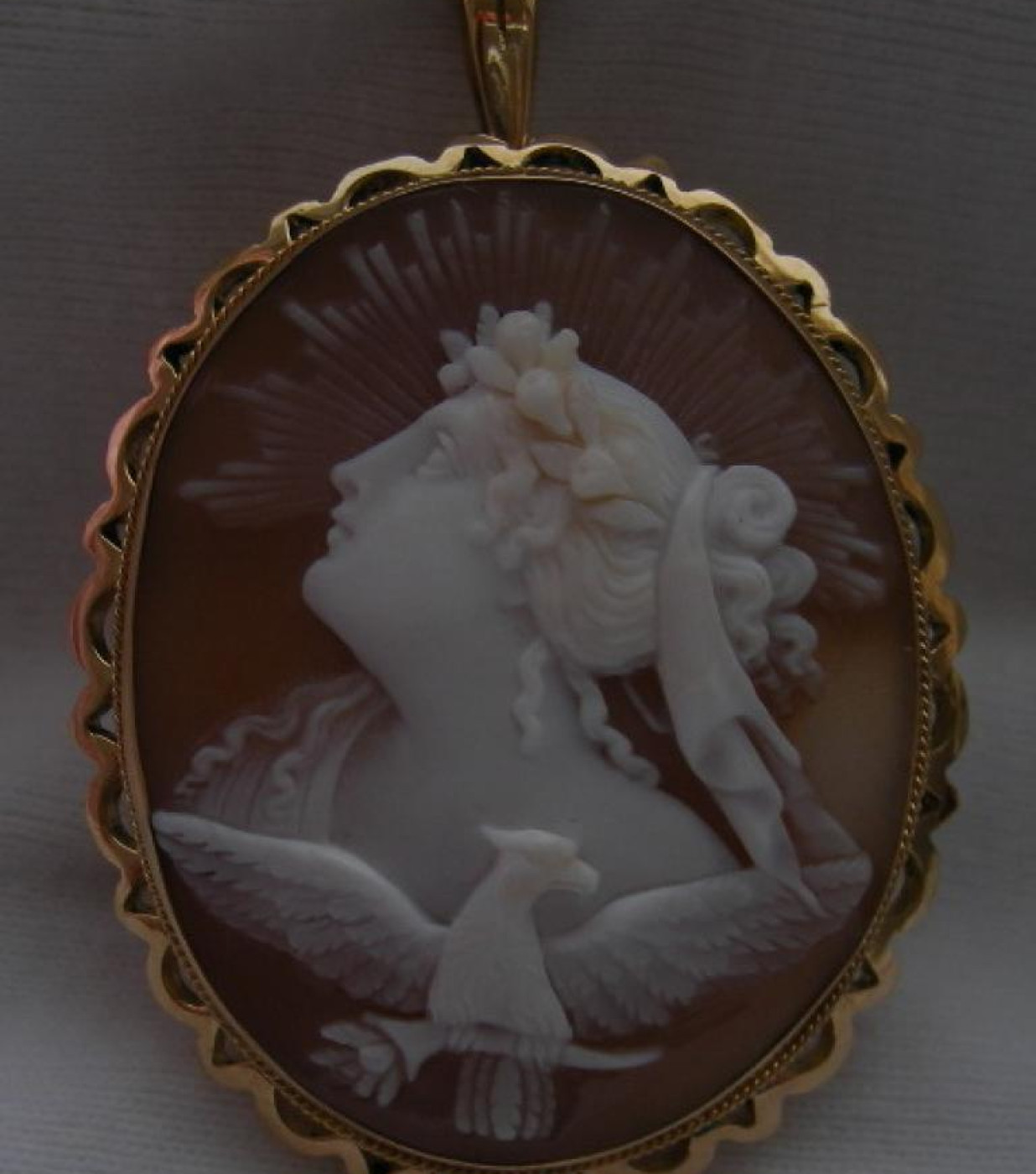 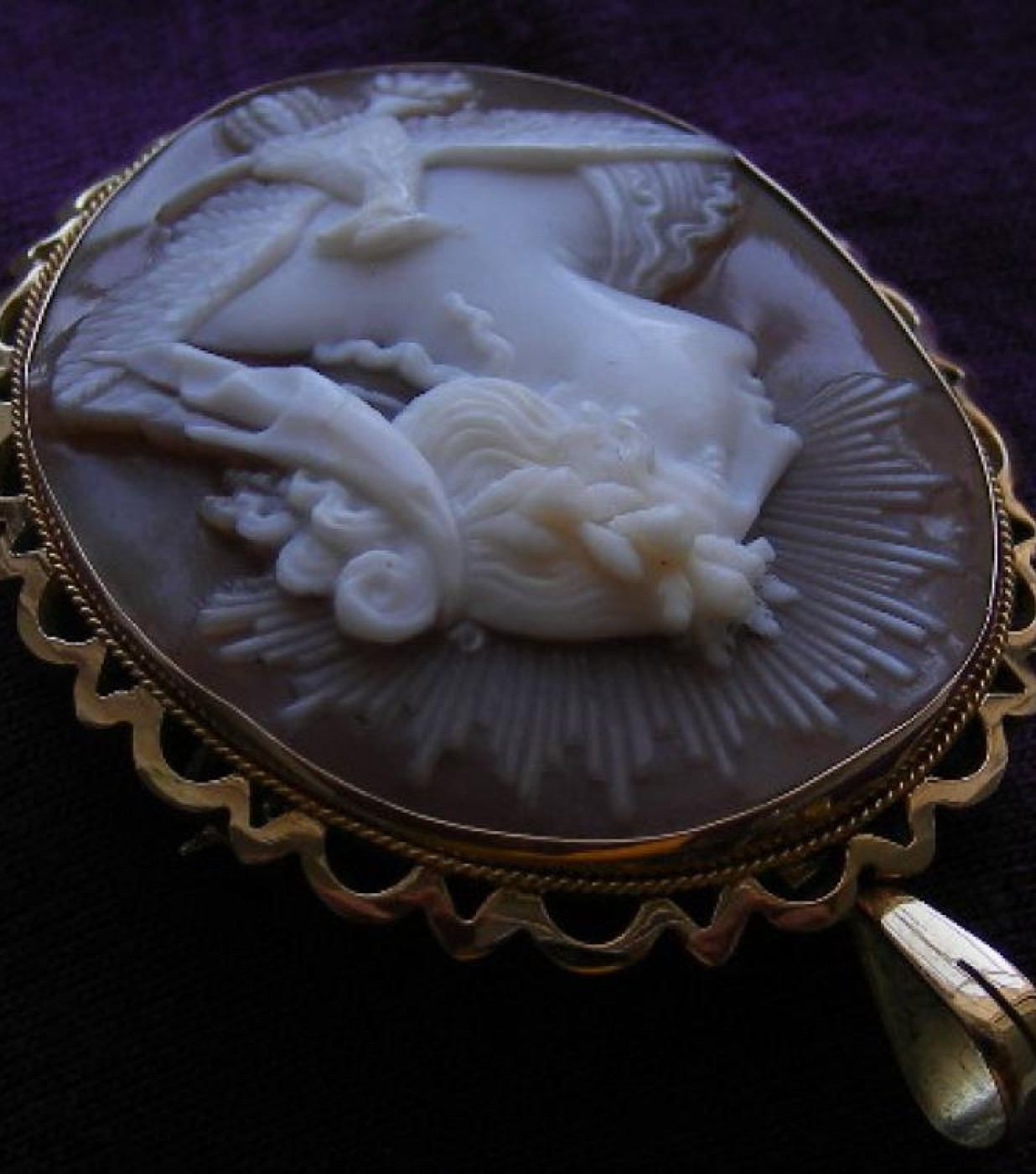 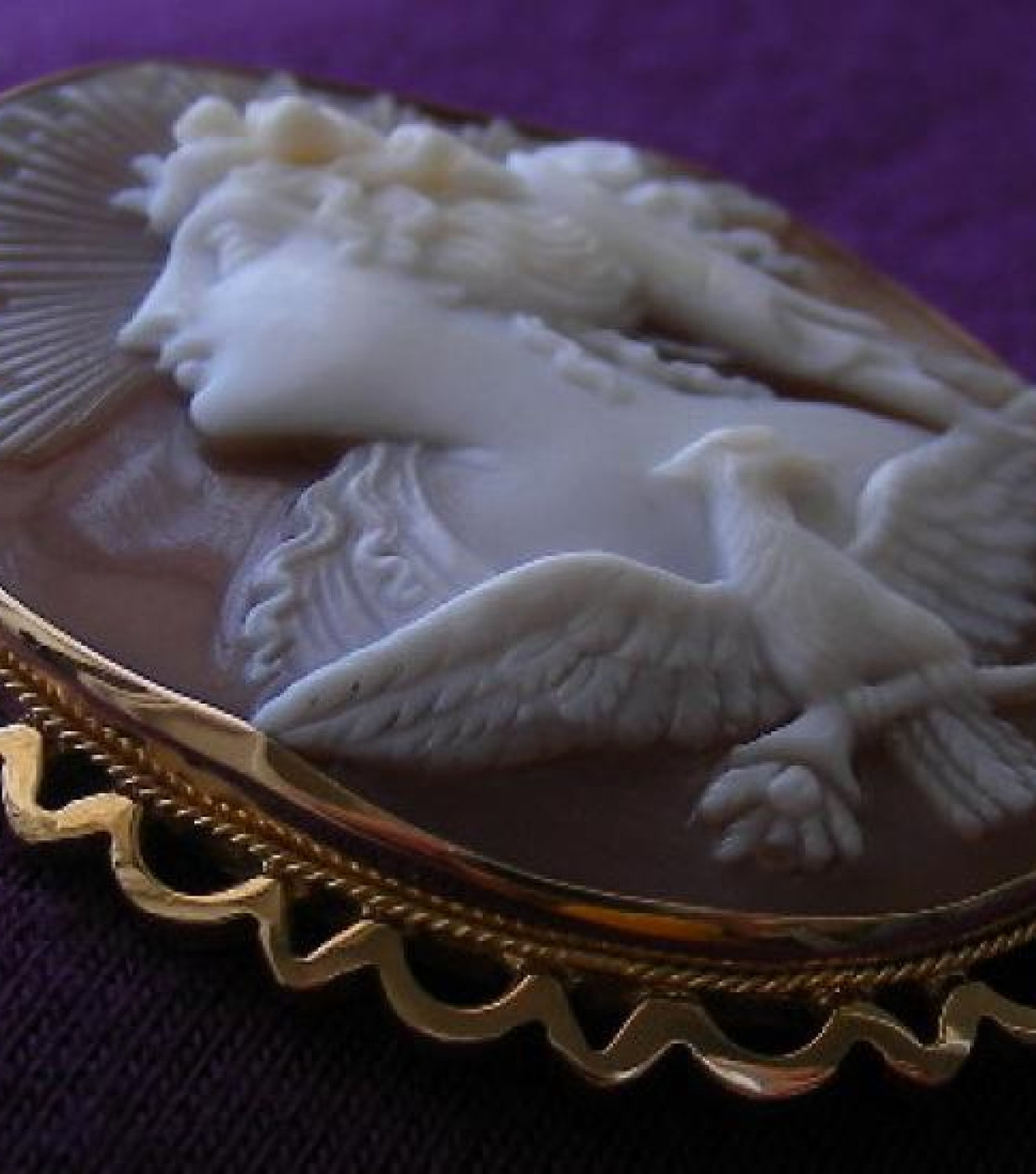 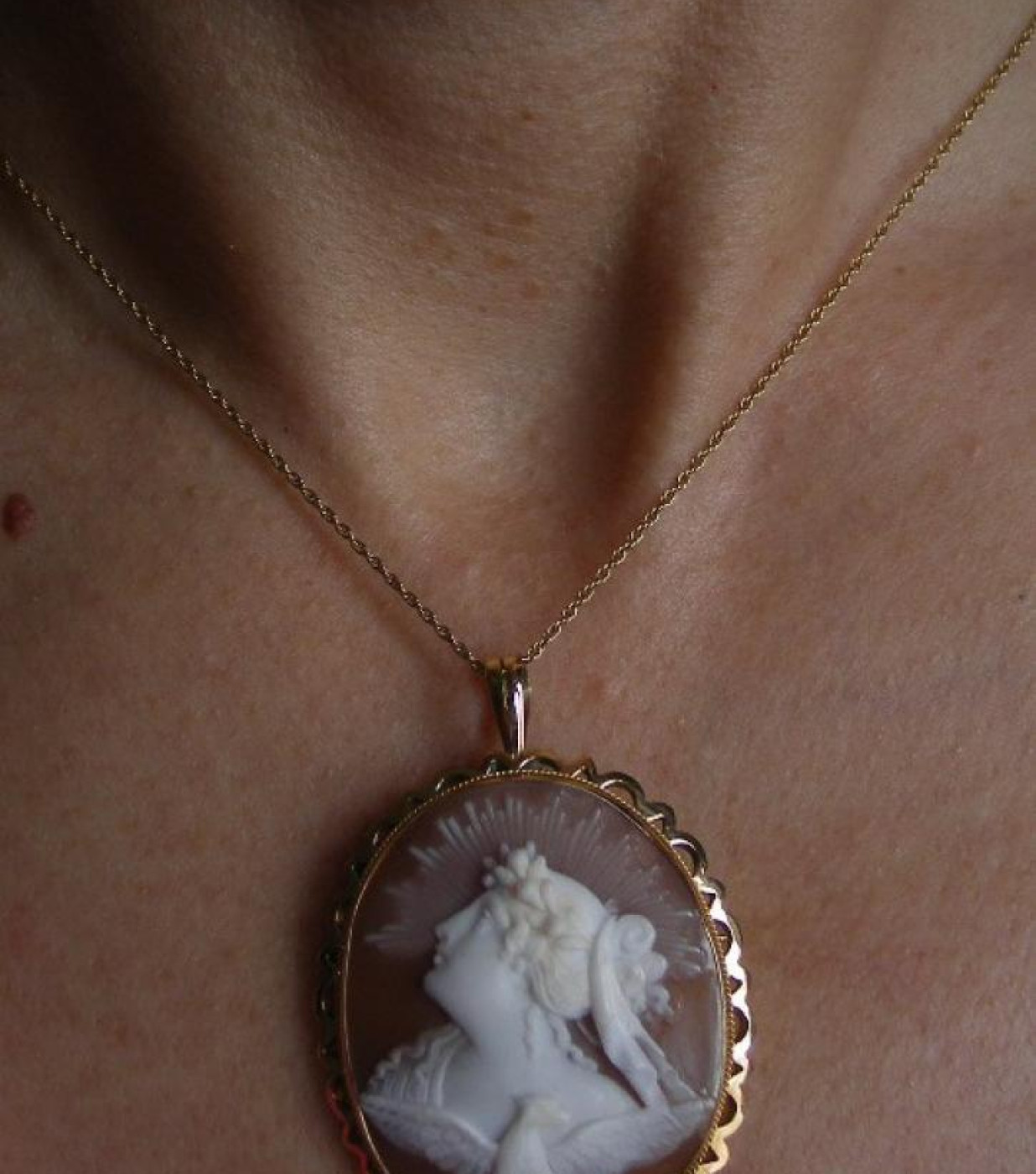 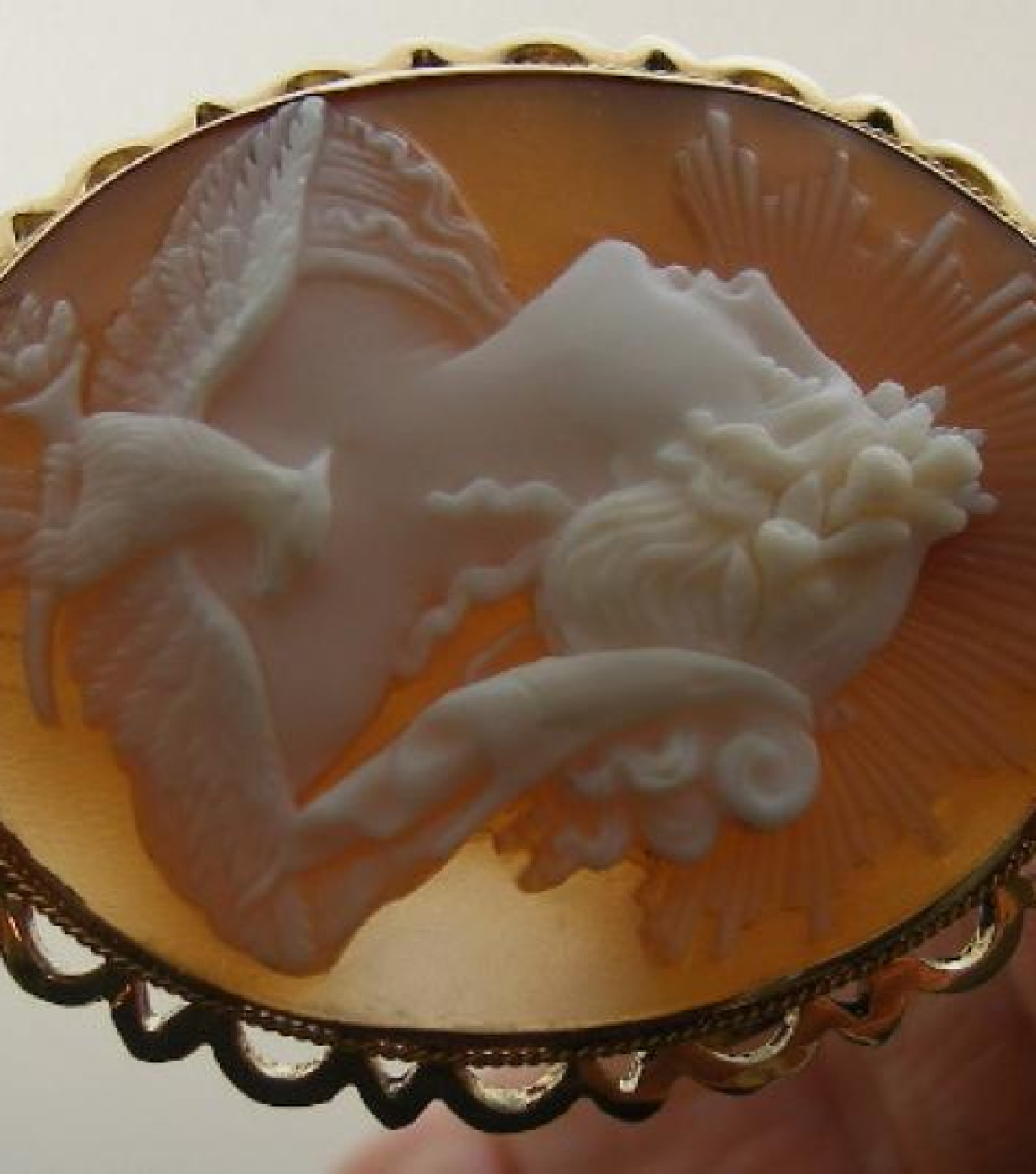 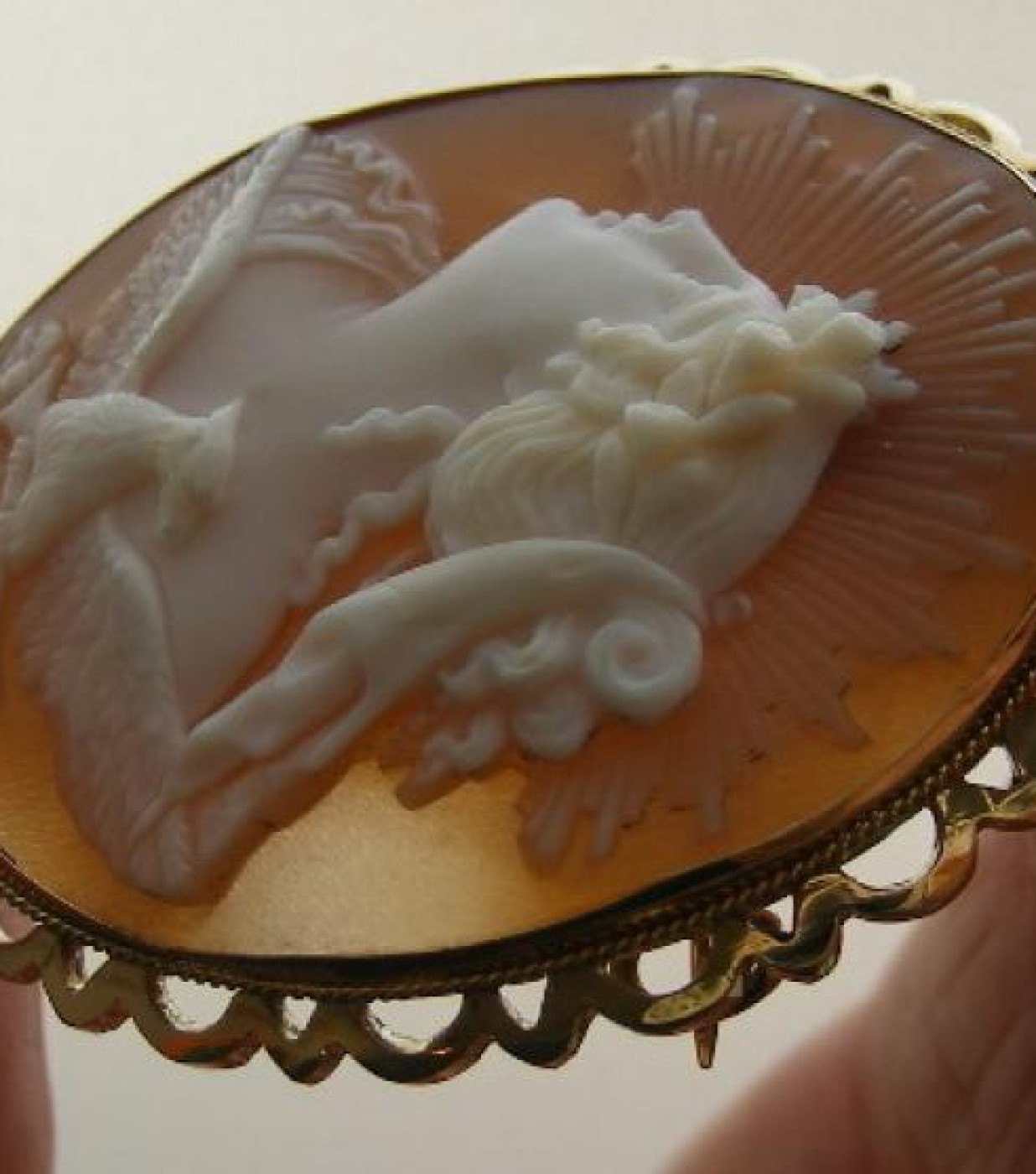 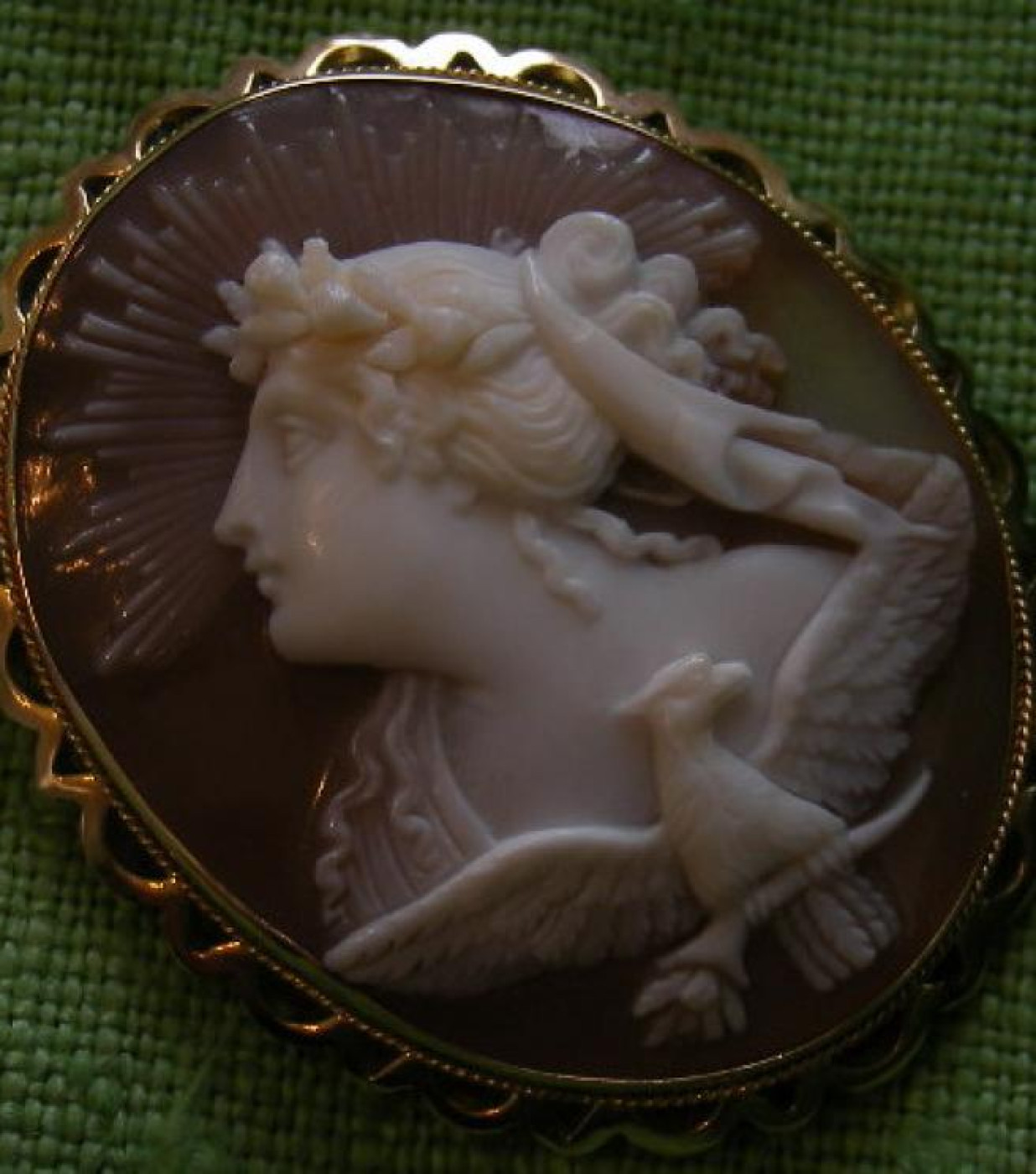 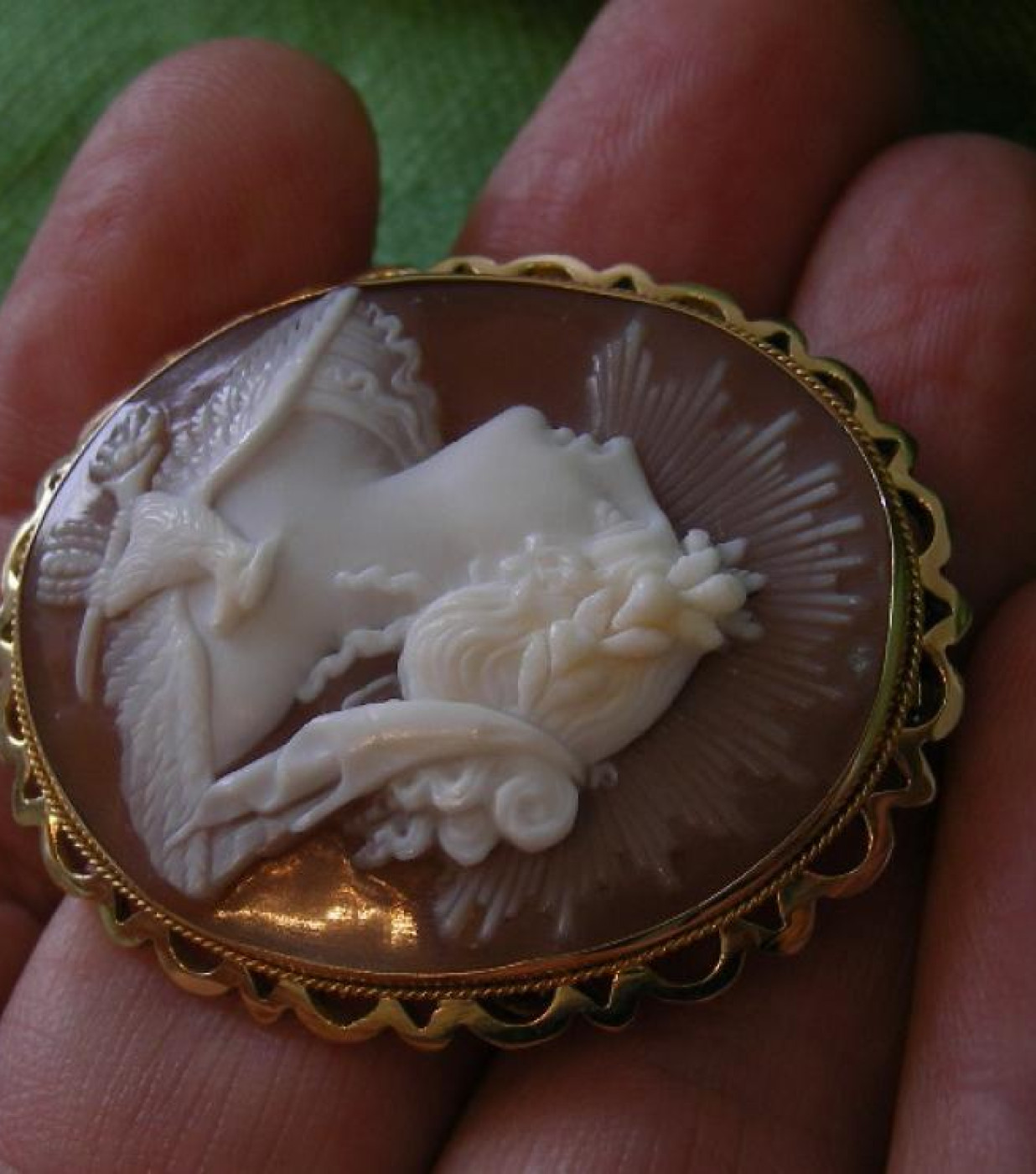 This is a Museum Quality cameo depicting the Allegory of the Day, the carving is more than superb, in a high relief, this is a very uncommon piece because it is hard to find the Allegory of the day showing a bird who is an eagle, usually the day shows a dove as its symbol, finding one with an eagle, that's the symbol of Zeus, is very rare. A  very desirable cameo for any collector.
A bit of history:
Eos is a figure of Greek mythology. She is the Goddess of the Dawn. She is a beautiful and charitable Goddess. She is the daughter of Hyperion. Hyperion is also the father of Helios (the sun) and of Selene (the moon )Hyperion's name means "The one who precedes the Sun", and probably is related to his role like Helios' or Eos' father, the faint light that precedes the rising of the day. Eos has several sons, between them there is Memnone, killed from Achilles during the siege of Troy. From that day the Goddess of the Dawn inconsolably cries the loss of her son every morning and her tears form the dew. Homer calls her the "Goddess with the rosy fingers" for the effect that can be seen in the sky at dawn.