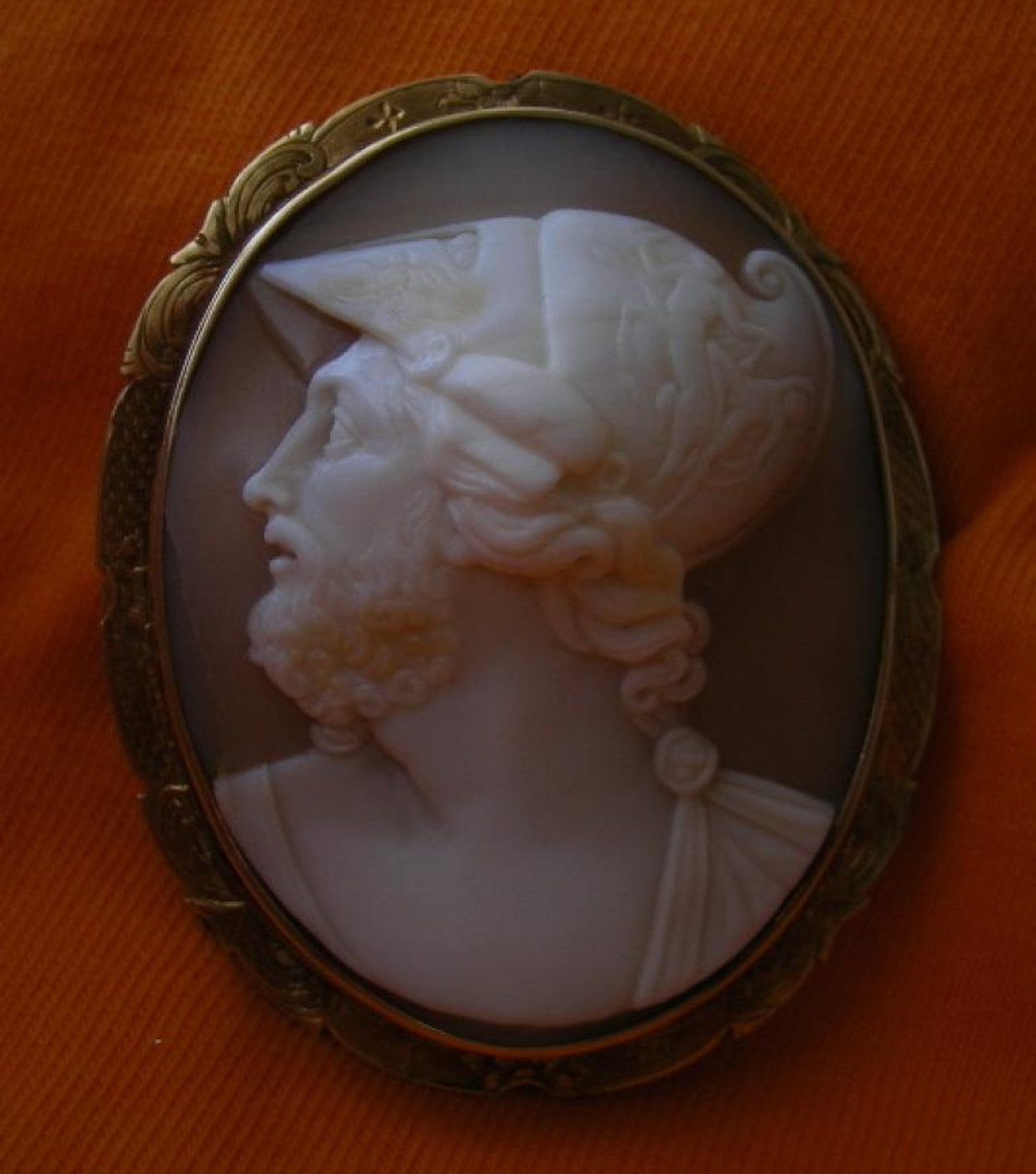 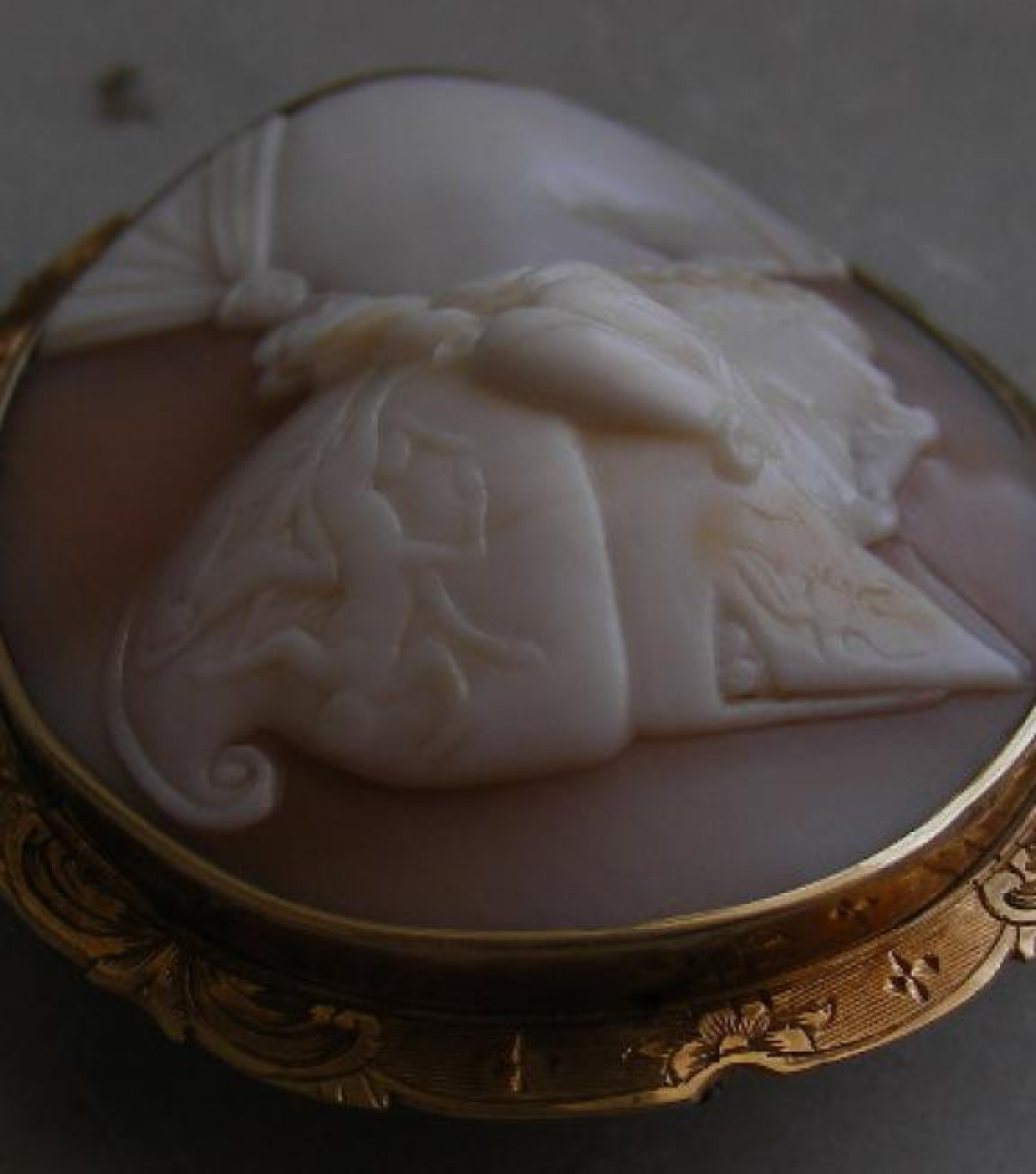 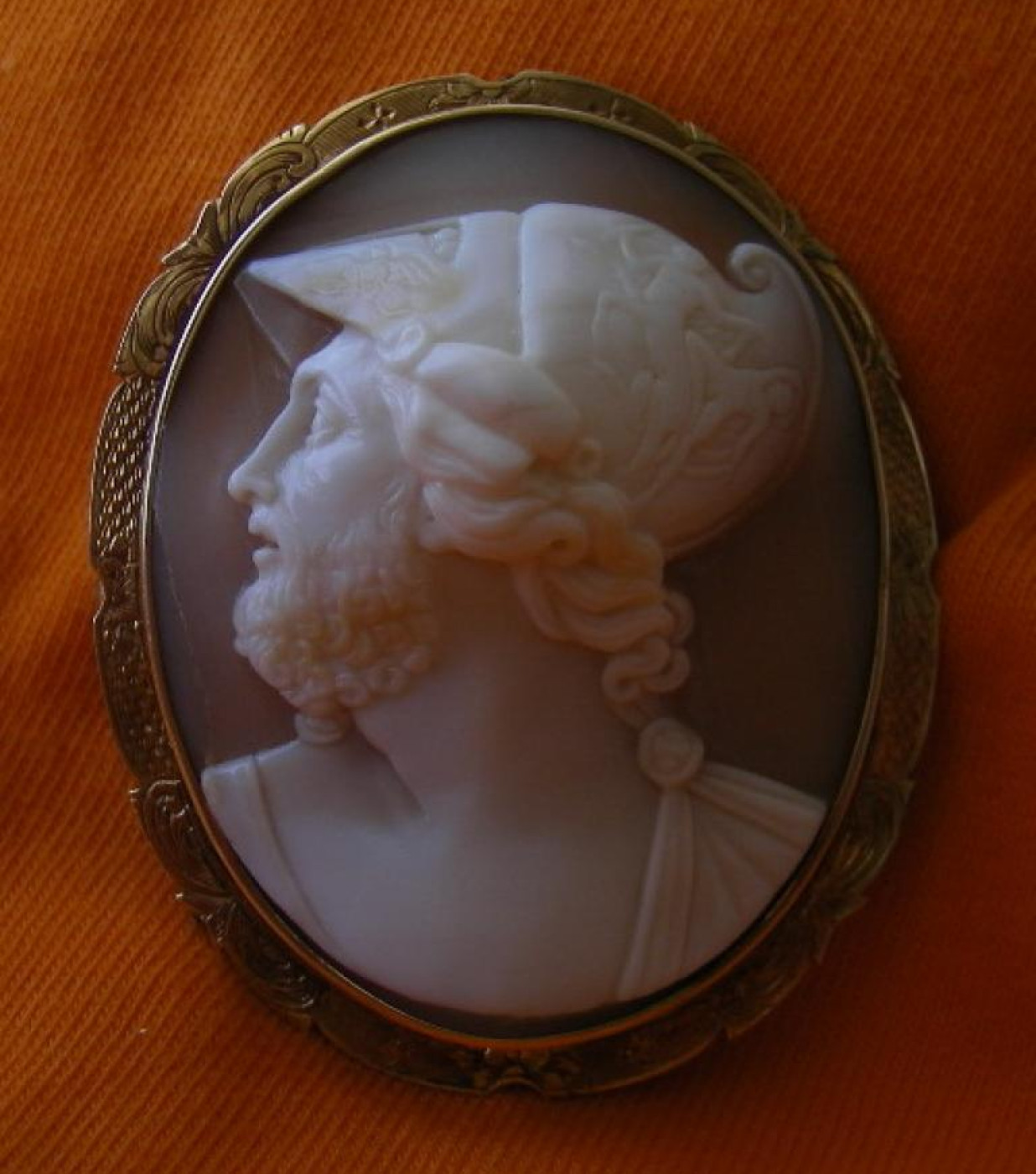 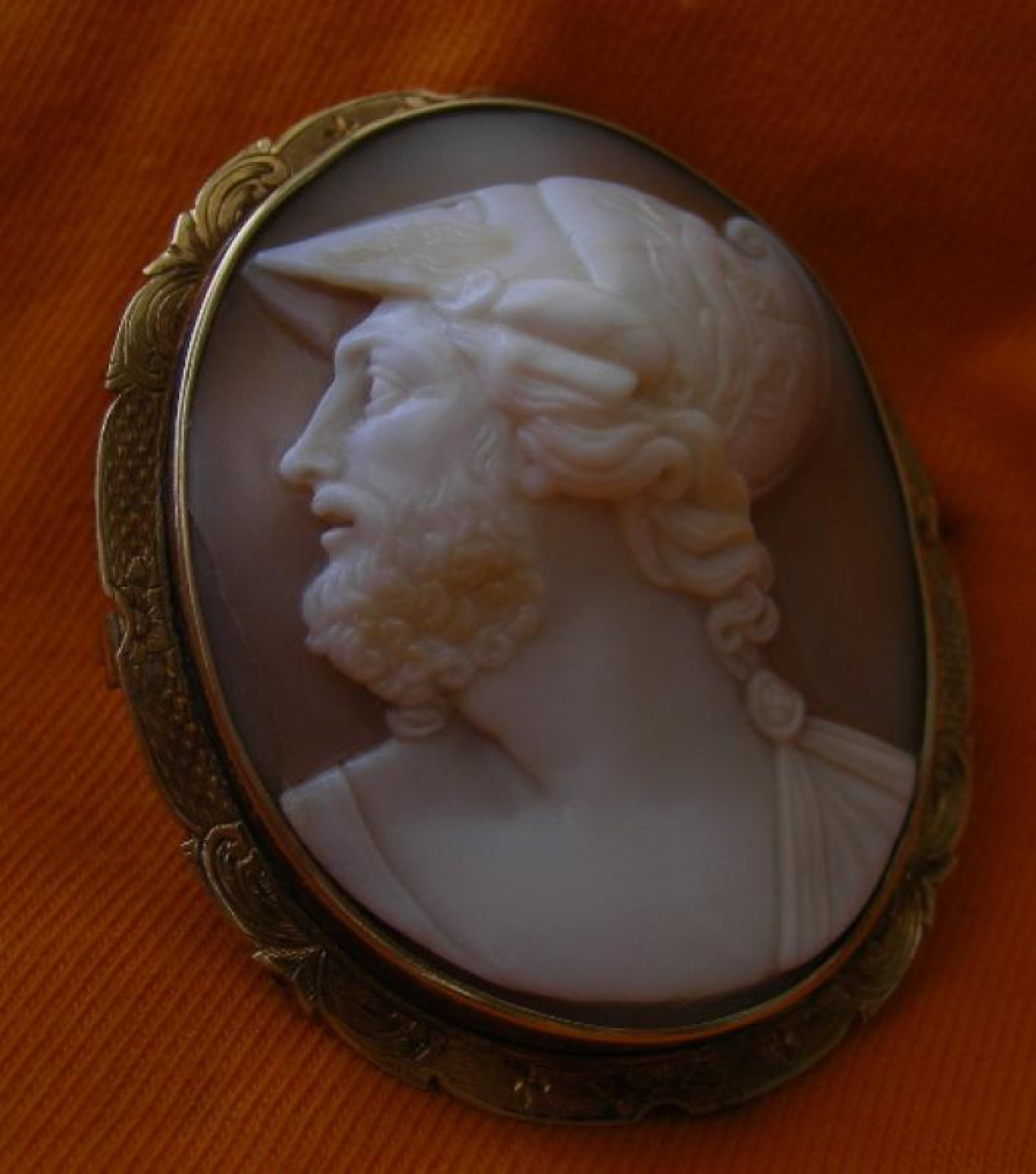 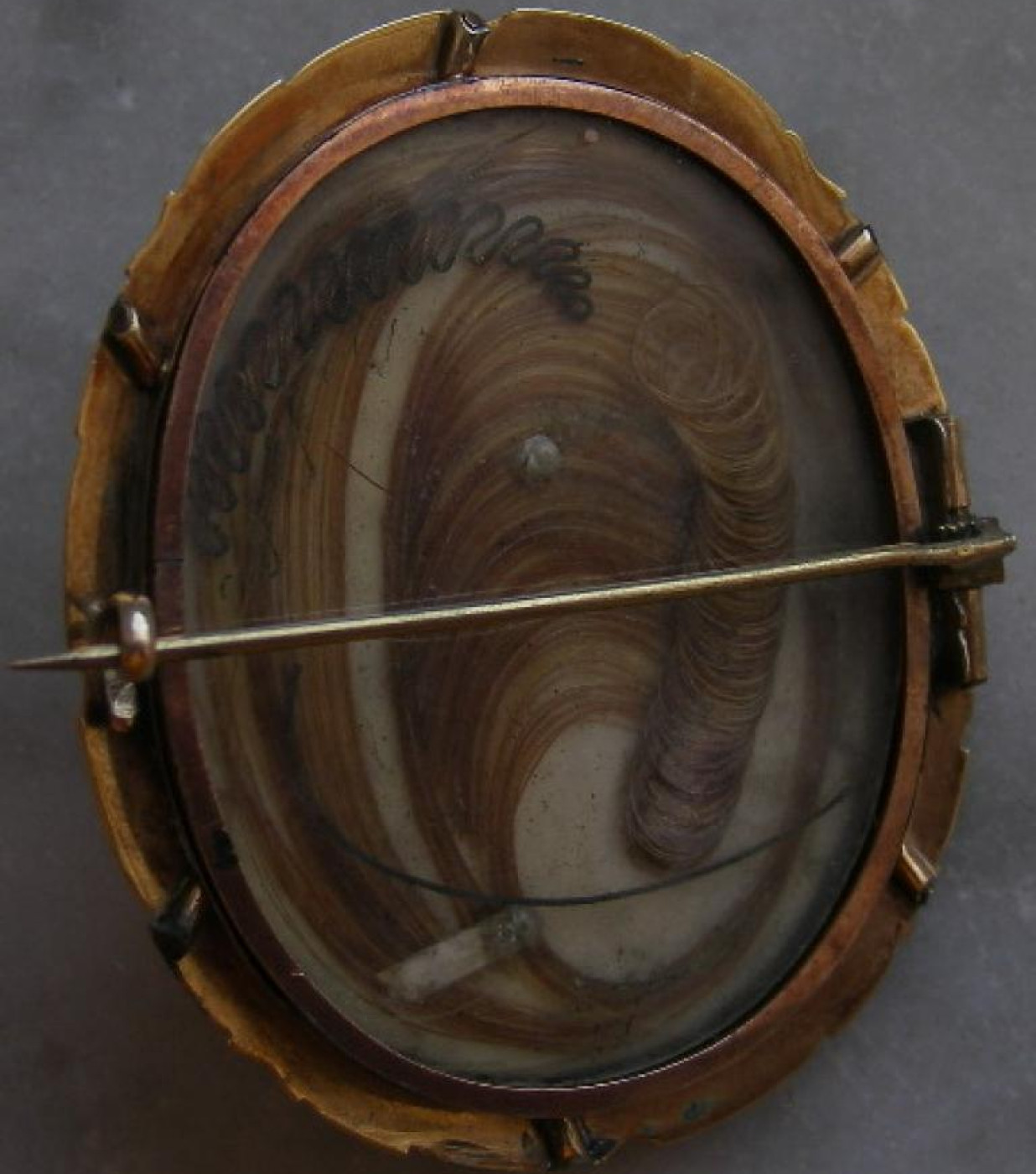 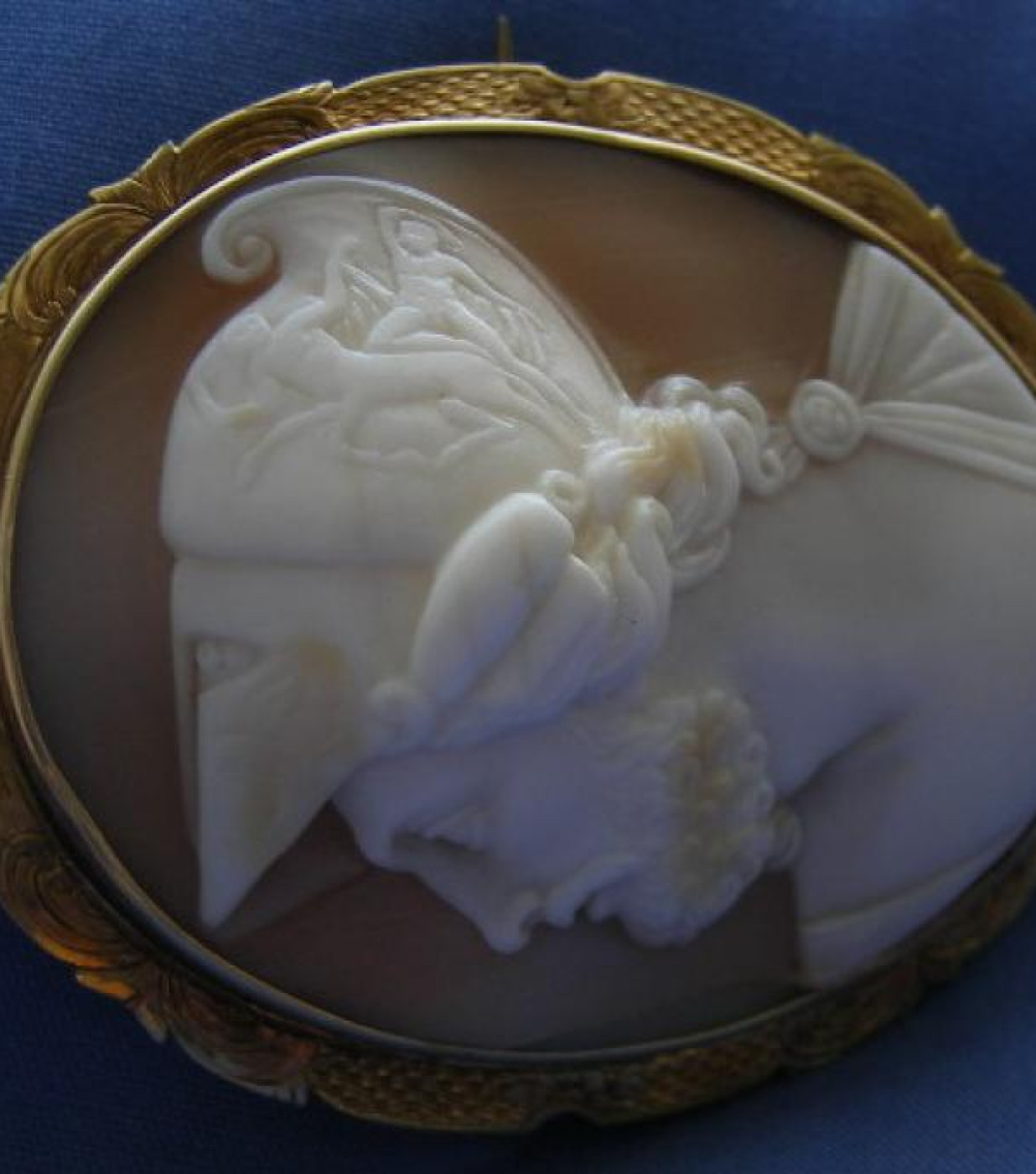 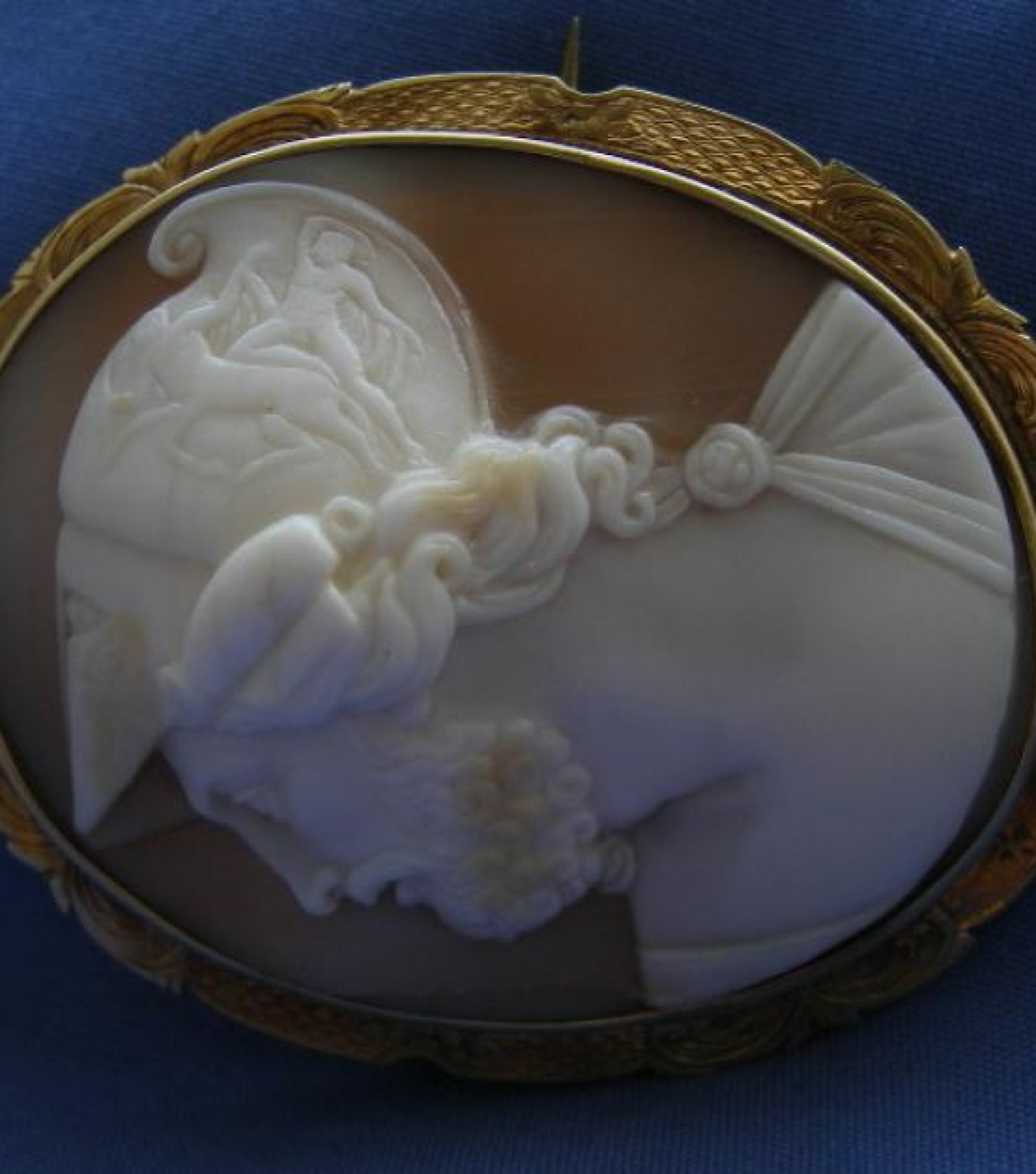 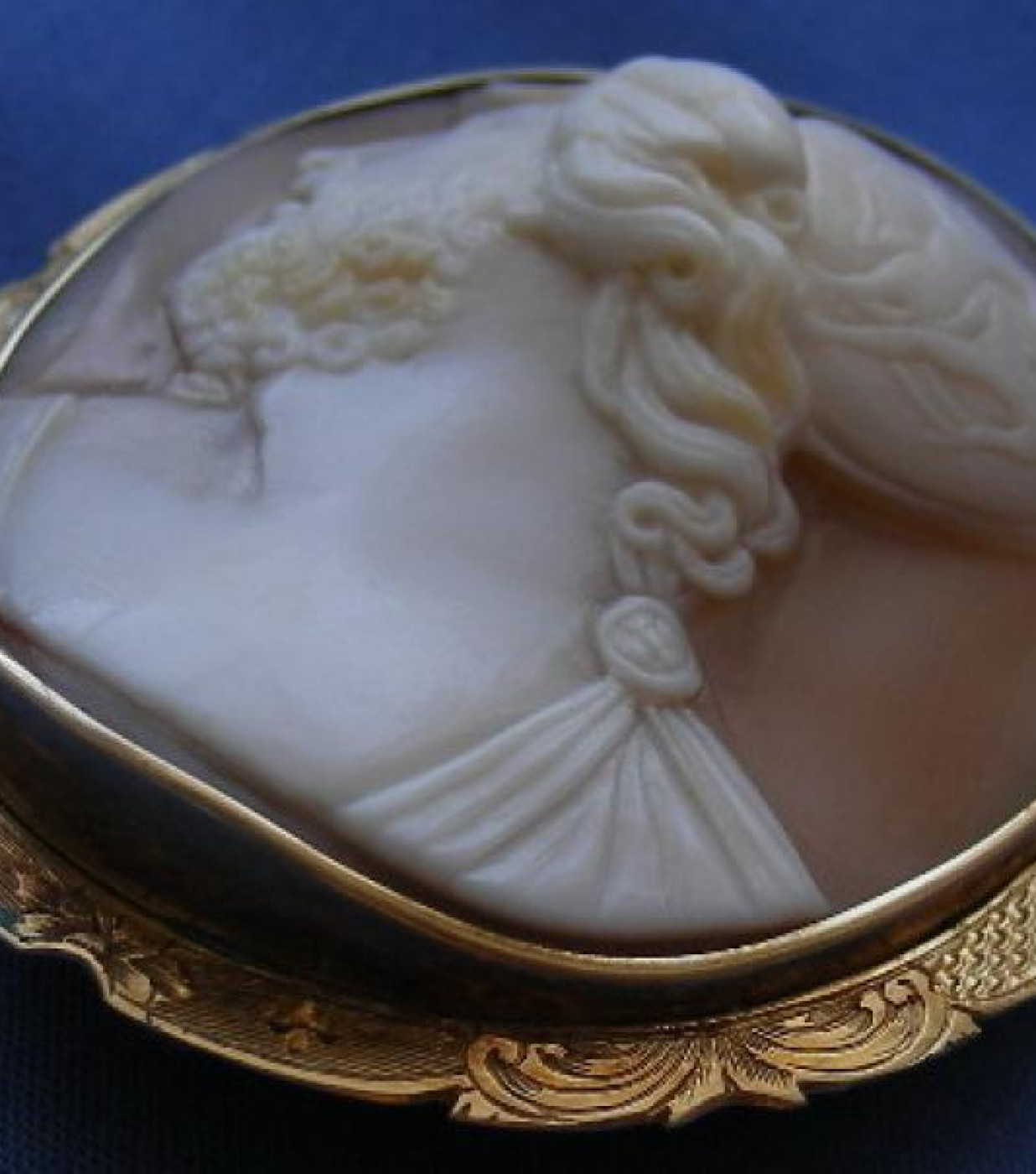 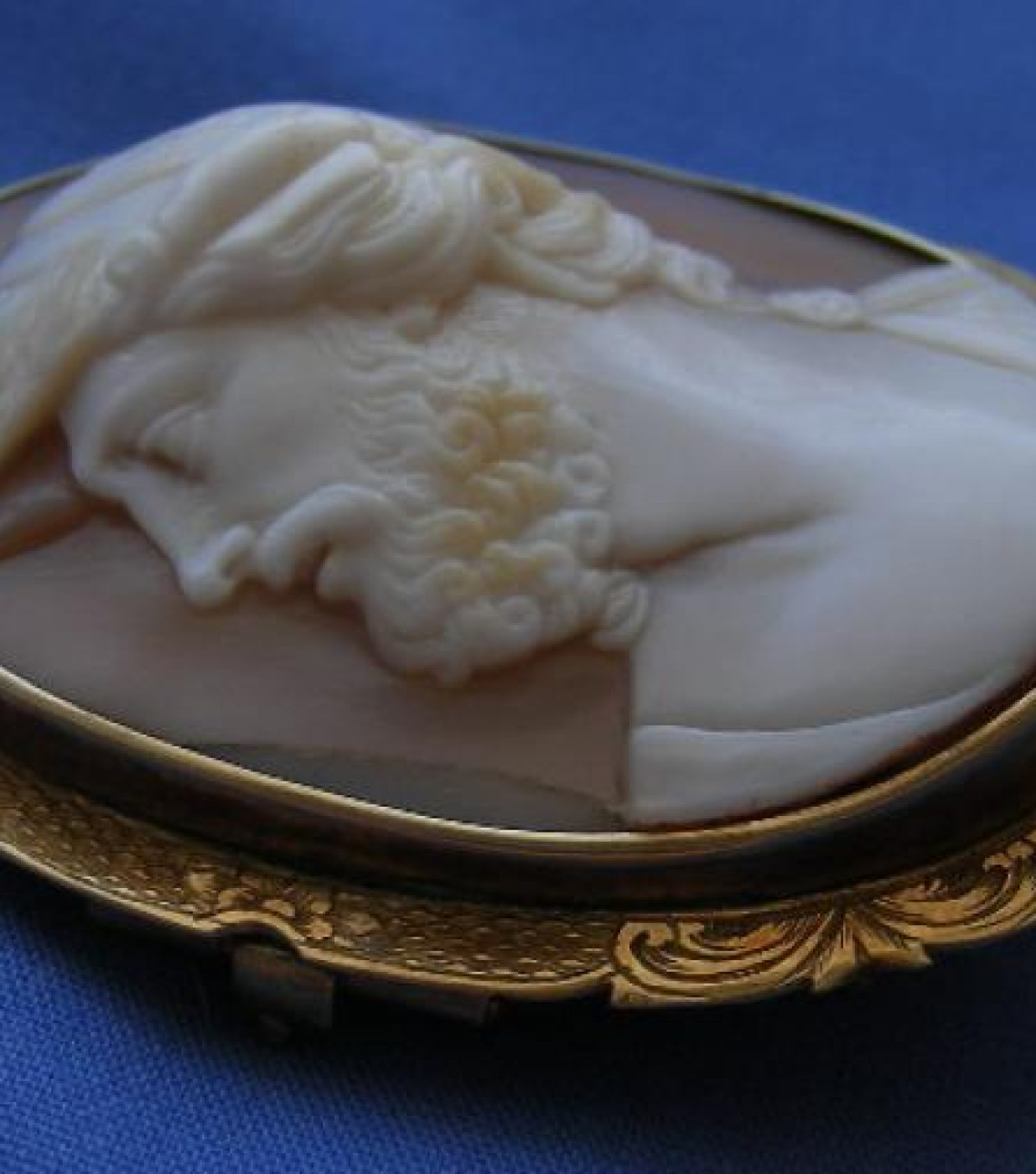 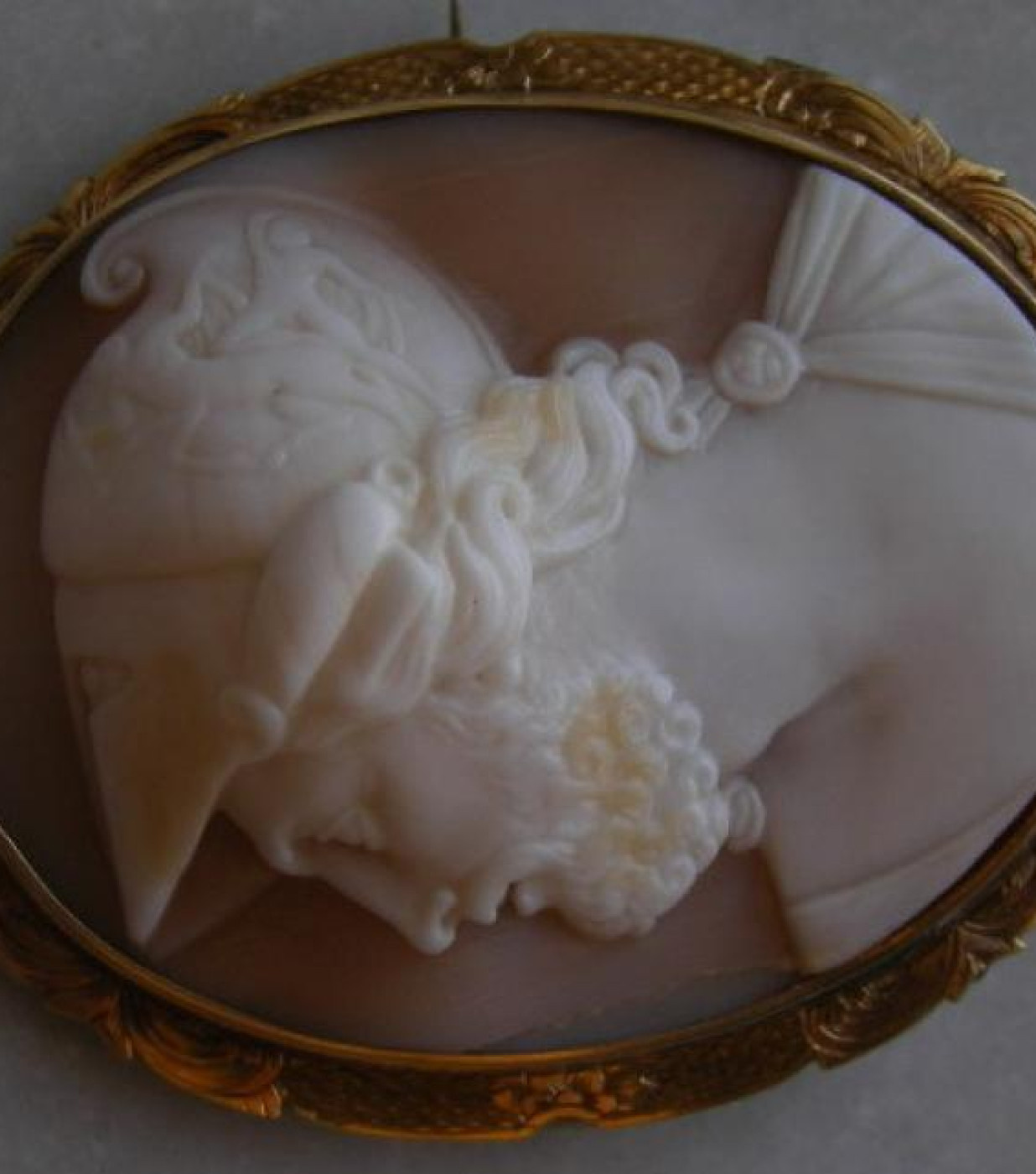 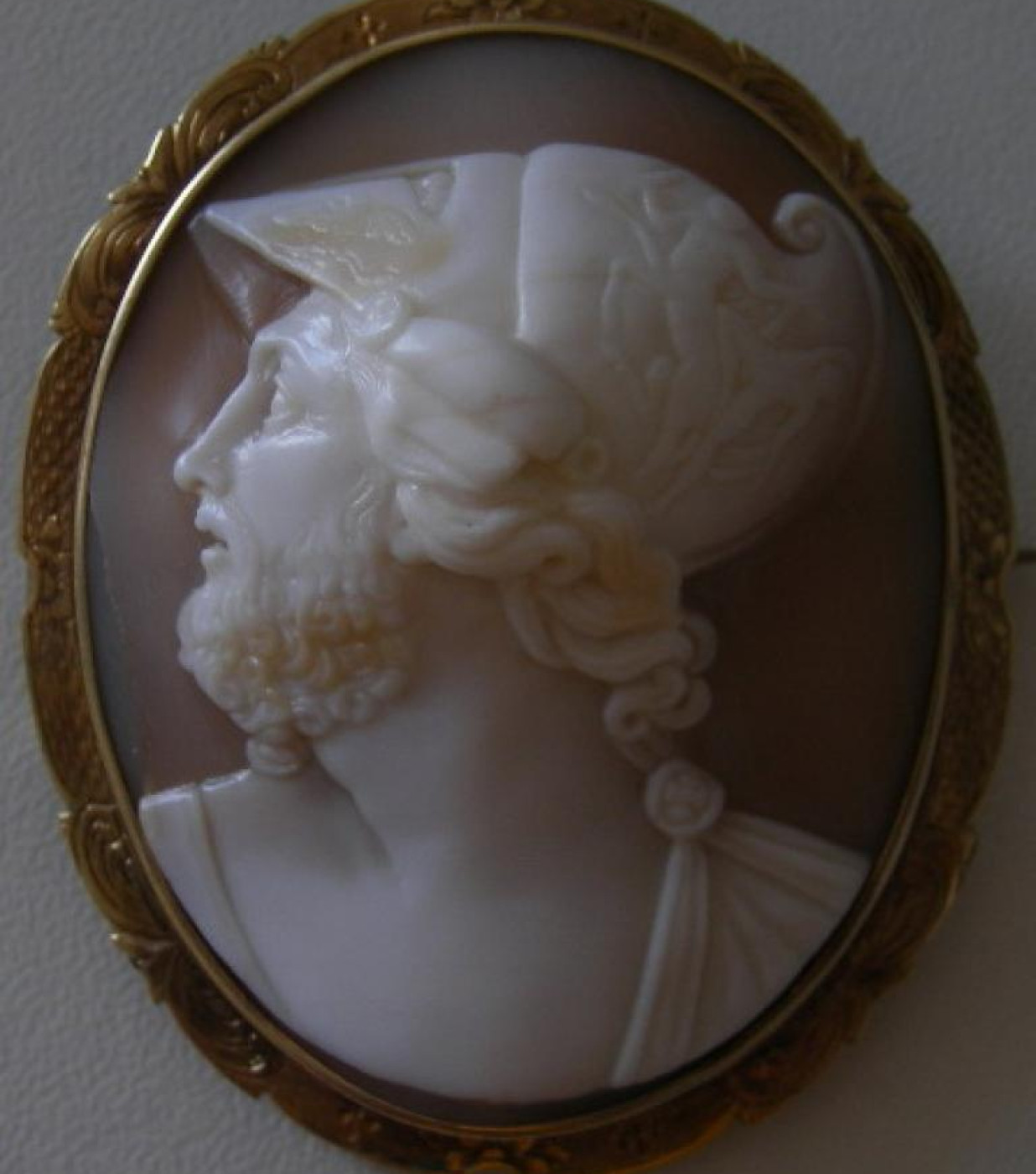 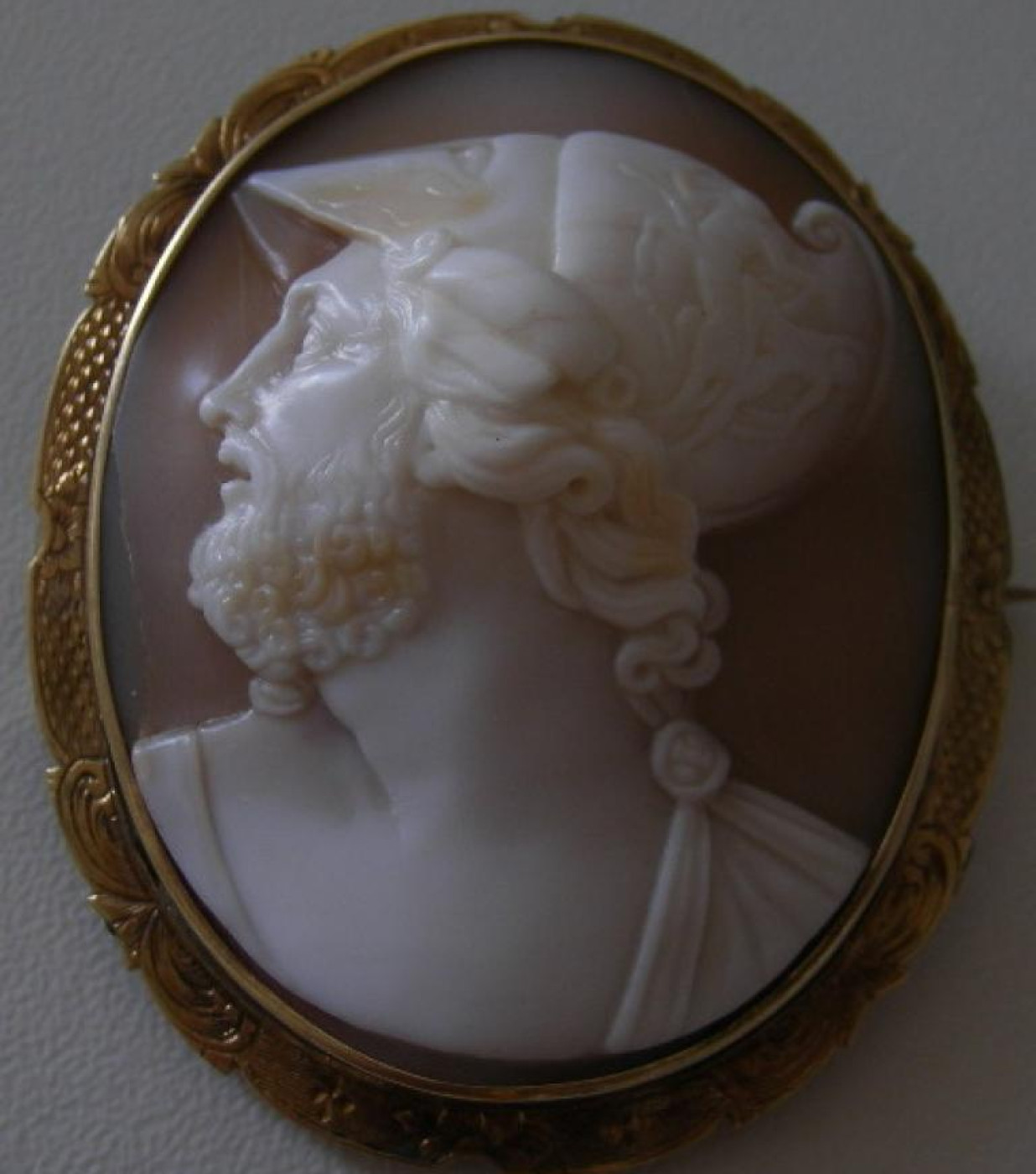 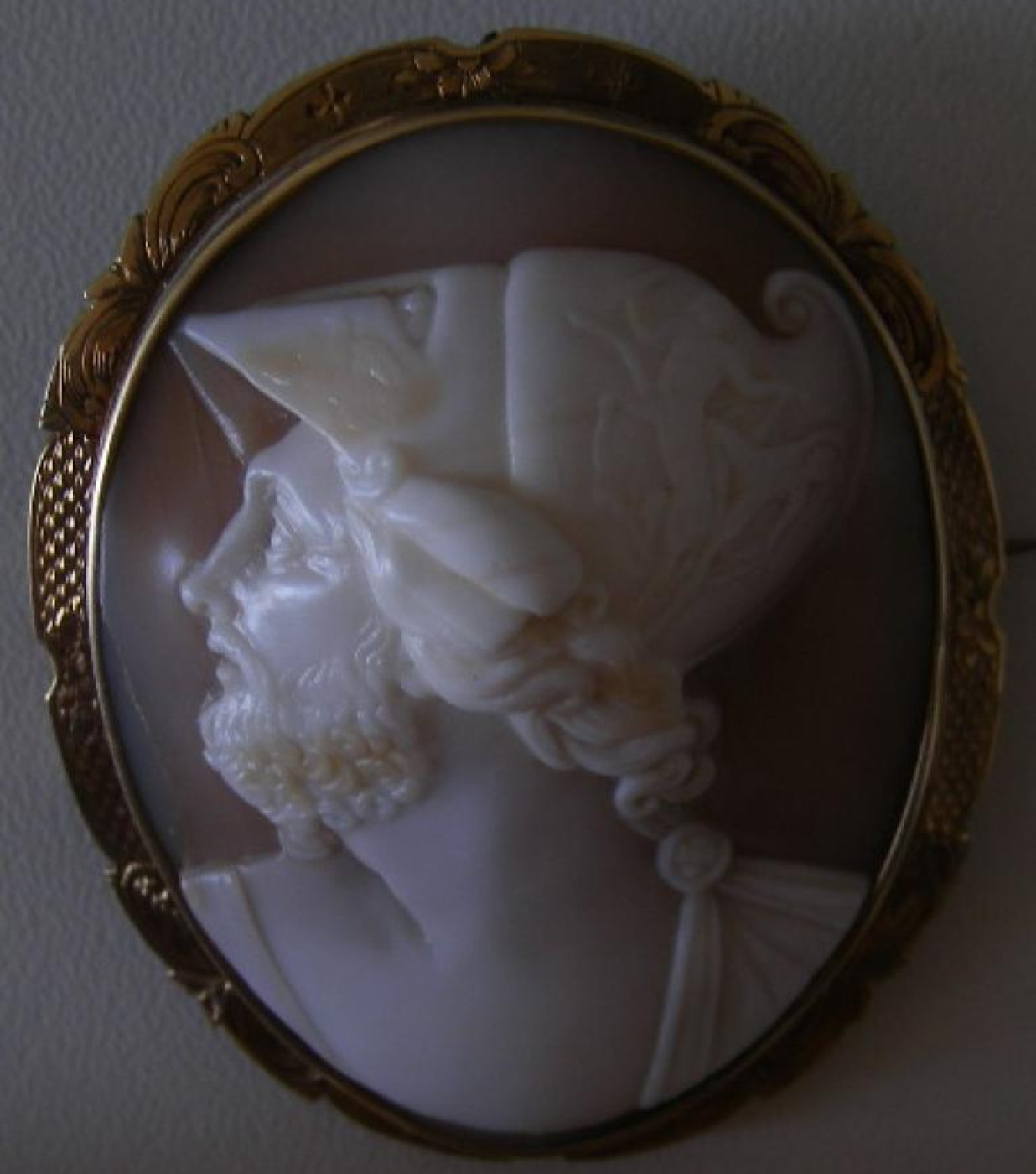 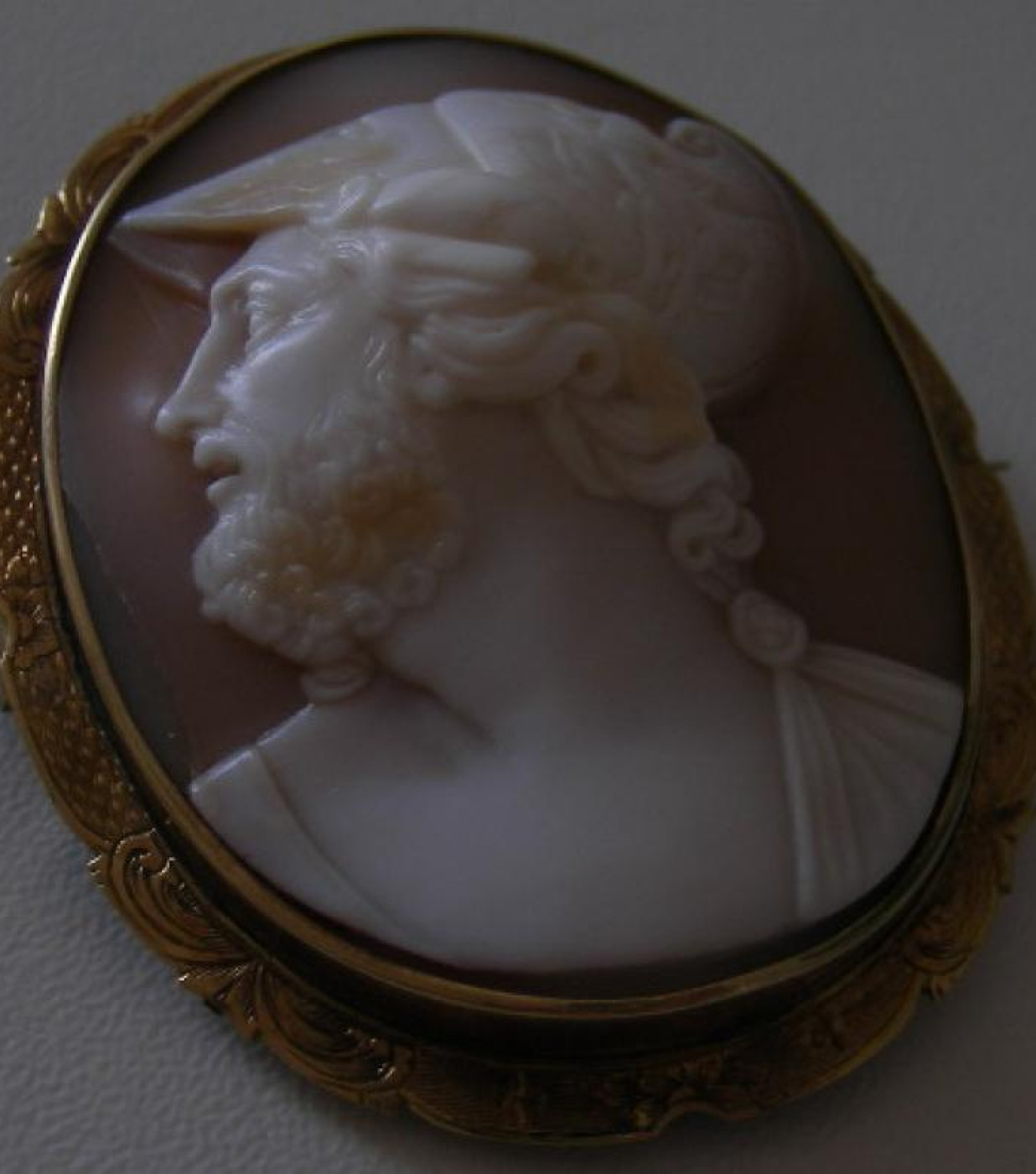 Ajax was a mythological Greek hero, the son of Telamon and Periboea and king of Salamis. He is one of the main heroes  in Homer's Iliad and in the Epic Cycle, a series of epic poems about the Trojan War. To distinguish him from Ajax, son of Oileus, he is called "Greater Ajax," or "Ajax the Great" or "Telamonian Ajax,".
In Homer's Iliad he is described as of great stature , the tallest and strongest of all the Achaeans, second only to his cousin Achilles in skill-at-arms. He was trained by the centaur Chiron (who had also trained his father, Telamon, and Achilles' father Peleus), at the same time as Achilles. Aside from Achilles, Ajax is the most valuable warrior in Agamemnon's army.  He commands his army wielding a great hammer and a huge shield made of seven ox-hides with a layer of bronze. He is not wounded in any of the battles described in the Iliad. You can see the centaur Chiron carved on his helmet too. This cameo is after a marble bust of Ajax, in Rome. The frame is simple but elegant, 15 kt gold. This cameo was once a mourning jewels, it has a locket on the back, there are blond hair into it. Surely a memory of a beloved one who died. A  very desiderable cameo for any collector.
Note.
In the first pictures have been evidenced the beauty of the facial features, the carving on his helmet and the whole beauty of the cameo not affected by the fracture. In the next ones have been evidenced the carving of his forehead, the cavity of his helmet but overall the eye with all of those incredible an natural wrinkles and hollows surely due to the skill of a great master carver of the past.